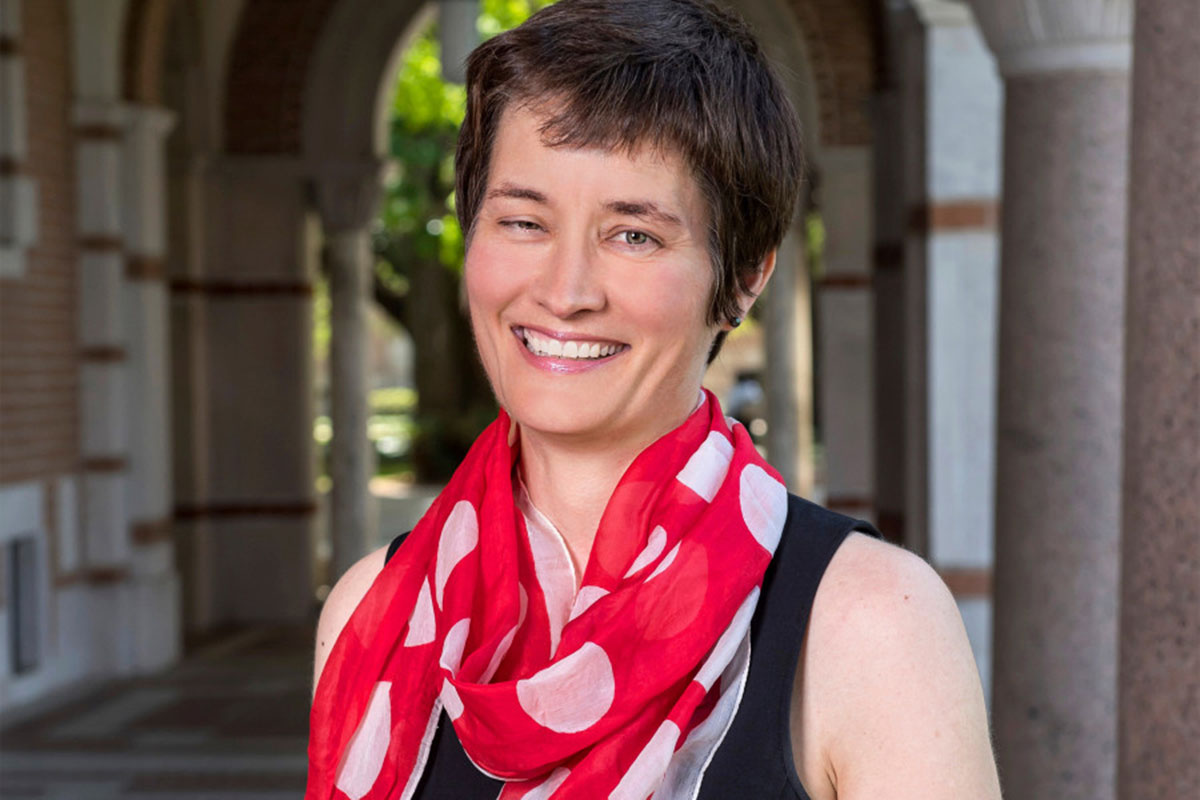 Leading scholar, educator, and architect Sarah Whiting has been named as the new Dean of Harvard University Graduate School of Design. Whiting is the first female dean of Harvard GSD since its was founded in 1936.

She will take on her role as of July 1, 2019, succeeding Mohsen Mostafavi, who is stepping down after more than 11 years of distinguished service. Whiting is widely respected for her commitment to integrating design theory and practice.

A Harvard GSD faculty member early in her career, Whiting has served since 2010 as dean of the Rice University School of Architecture, where she is the William Ward Watkin Professor of Architecture. She is also co-founder and partner of WW Architecture, a firm she launched with her partner, Ron Witte, in 1999.

"Sarah Whiting is an outstanding leader with broad interests that range across the design disciplines and beyond," said Harvard President Lawrence S.Bacow.

"She has a keen understanding of the intellectual dimensions of design and its distinctive power to shape the world of ideas. And she has an equally keen understanding of design as a force for shaping the communities we inhabit and for engaging with some of contemporary society’s hardest challenges. I have been deeply impressed by her during the course of the search, and I greatly look forward to welcoming her back to Harvard."

"The GSD has long been a center of gravity for my thinking and actions, and I’m thrilled to be returning," Whiting said. "It is altogether tantalizing to look across the School’s three departments, with their individual and collective capacities to shape new horizons within Gund Hall. And it’s even more enticing to envision working with the GSD’s remarkable faculty, students, staff, and alumni to help imagine and create new futures for the world, not just at Harvard but beyond."

As dean at Rice, Whiting said she has been guided by an overarching commitment to "dissolving the divide between architecture as an intellectual endeavor and architecture as a form of engaged practice." She has led efforts to reform the curriculum, introduce innovative studio options, recruit new faculty, boost funding for research and course development, enhance facilities, and raise new resources.

Whiting is one of the prominent female leaders in the USA

In recent years, Whiting has been recognized as an educator of the year by the publication Design Intelligence (2014, 2018), by Architectural Record magazine’s Women in Architecture program (2017), and by the Houston chapter of the American Institute of Architects (2016).

Besides heading the School of Architecture at Rice, Whiting has held many leadership roles at the university, chairing search committees for the dean of graduate studies, the dean of humanities, and the director of Rice’s Moody Center for the Arts. She sits with the Rice board of trustees’ buildings and grounds design subcommittee and also has been active in the university’s efforts to engage with its home city of Houston.

Before becoming dean at Rice in 2010, Whiting served on the Princeton architecture faculty as assistant professor from 2005 to 2009. From 1999 to 2005, she was a design critic, assistant professor, and associate professor in the Harvard GSD Department of Architecture. She has also taught at the Illinois Institute of Technology, the University of Kentucky, and the University of Florida.

A graduate of Yale College, Whiting earned her M.Arch. degree from Princeton and her Ph.D. in architectural history, theory, and criticism from the Massachusetts Institute of Technology. Early in her career, she practiced with the architects Rem Koolhaas, Peter Eisenman, and Michael Graves.

"Sarah Whiting is an exemplary academic leader and colleague. Her intellectual commitment to design education has enhanced the future of practice," said Mostafavi. "I am delighted that she will be returning to the GSD to help shape the next phase of this incredible School’s journey."