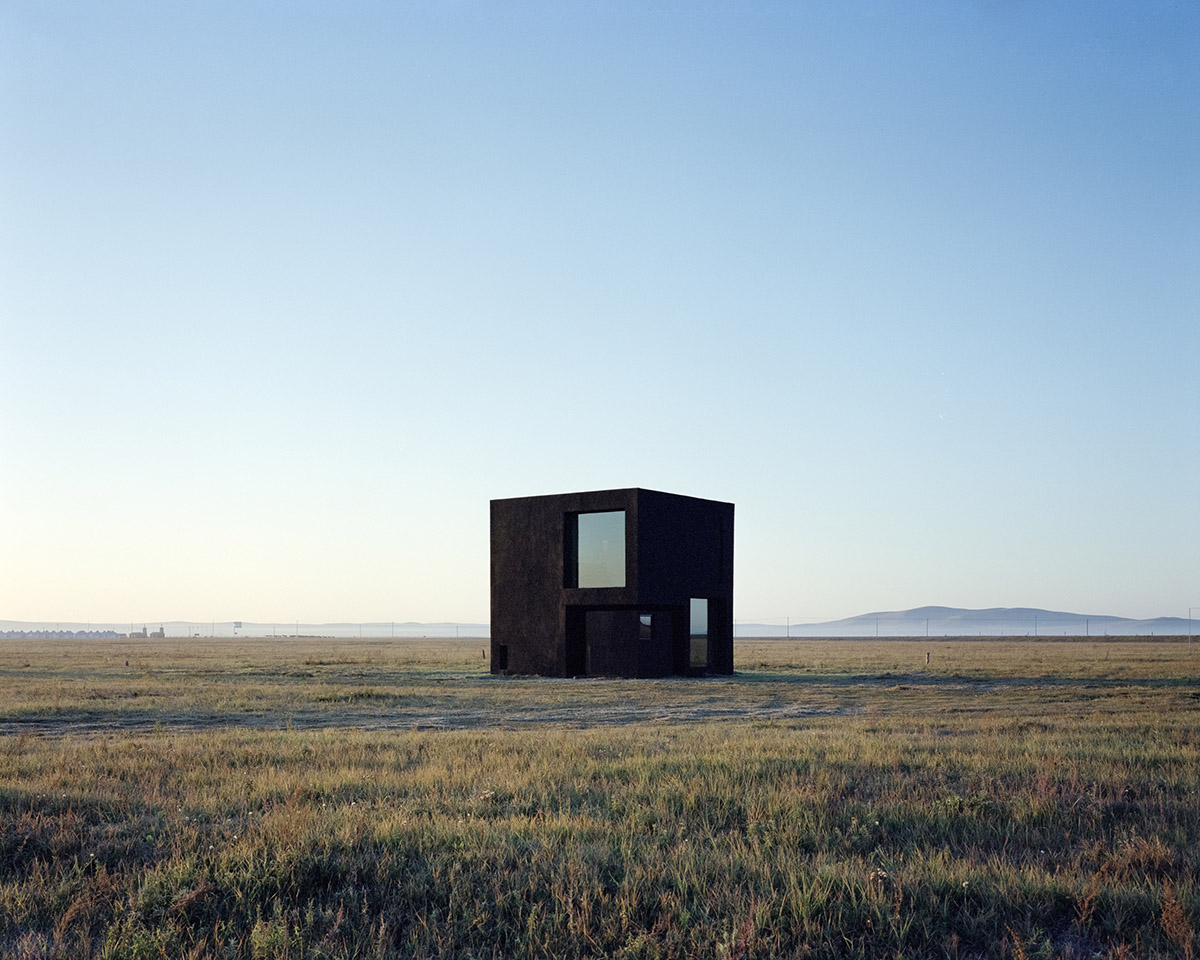 The fast paced development on an immense scale of architecture in China is nothing new. Just within the last two years, China has completed a handful of large scale developments, such as the Daxing International Airport by Zaha Hadid Architects, Prince Plaza Towers by OMA in Shenzhen, and mega complex OōEli by RPBW in Hangzhou. While this architectural boom continues, there are also works that are set outside of high density cities, such as the Singer House by Aleph LiangChen - where it allows for a moment of tranquility and the opportunity to dwell in nature.

Located in Erguna, Inner Mongolia, China, the house sits along the port highway, not far from the intersection of the Gan river and the Erguna river; which the latter holds geographic importance, as it separates China from Russia.

In 2017, folk singer Chen HongYu invited Aleph to design a house in Chen's hometown, Erguna. Since the age of fifteen, Chen have always dreamt of having a 'fortress' in the forest, much like the one told in Robinson Crusoe. Today it has been brought to reality by Aleph as the Singer House, built on the very grassland that Chen grew up on. 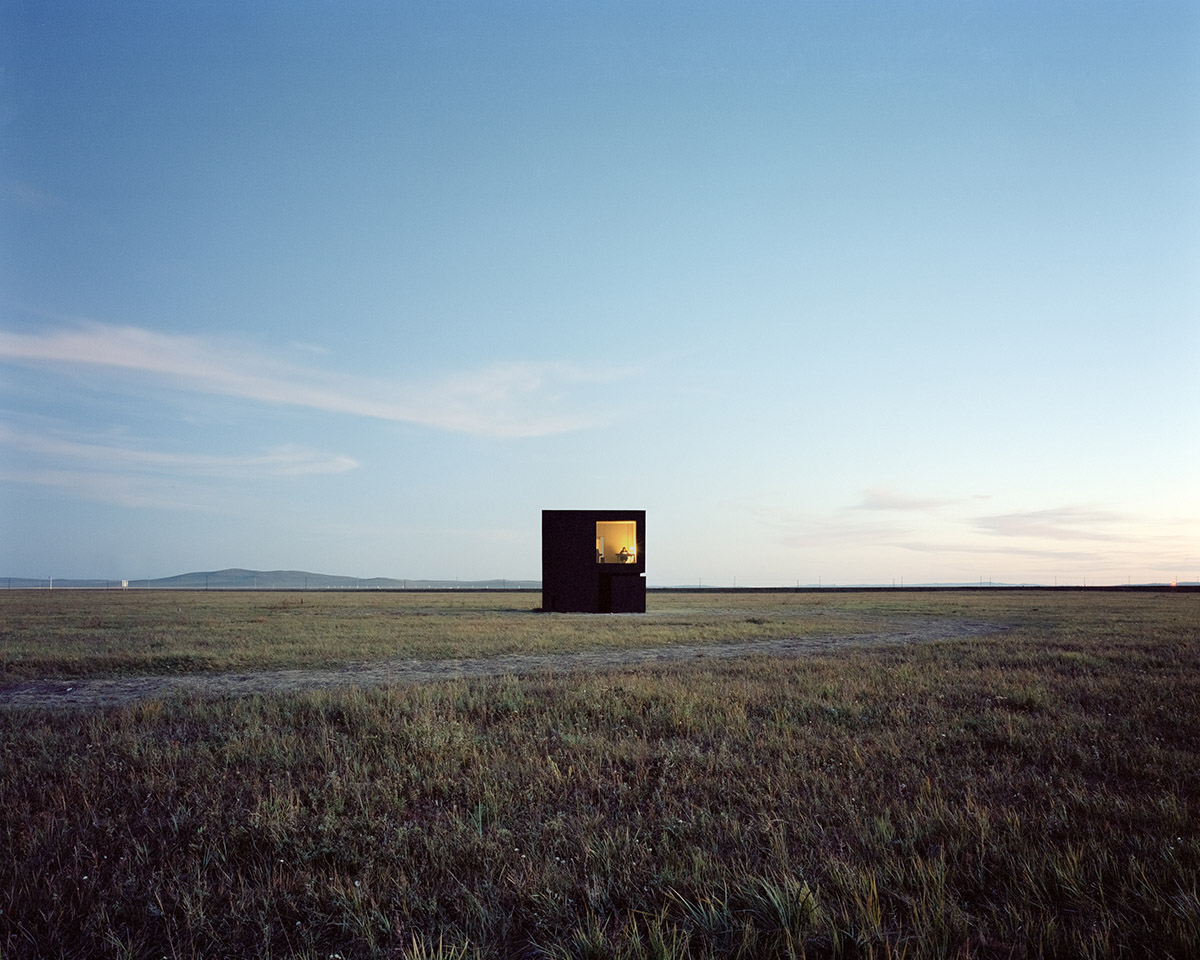 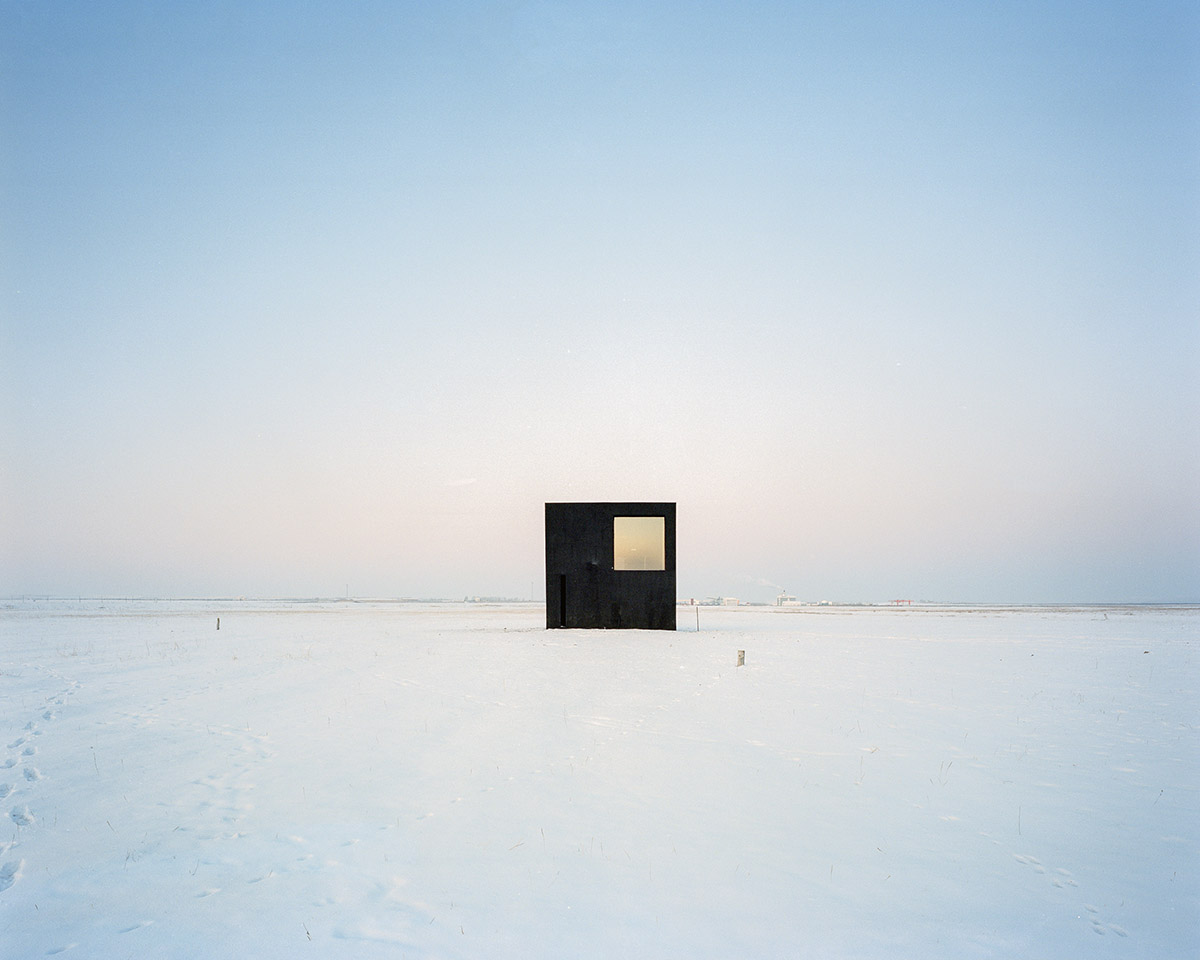 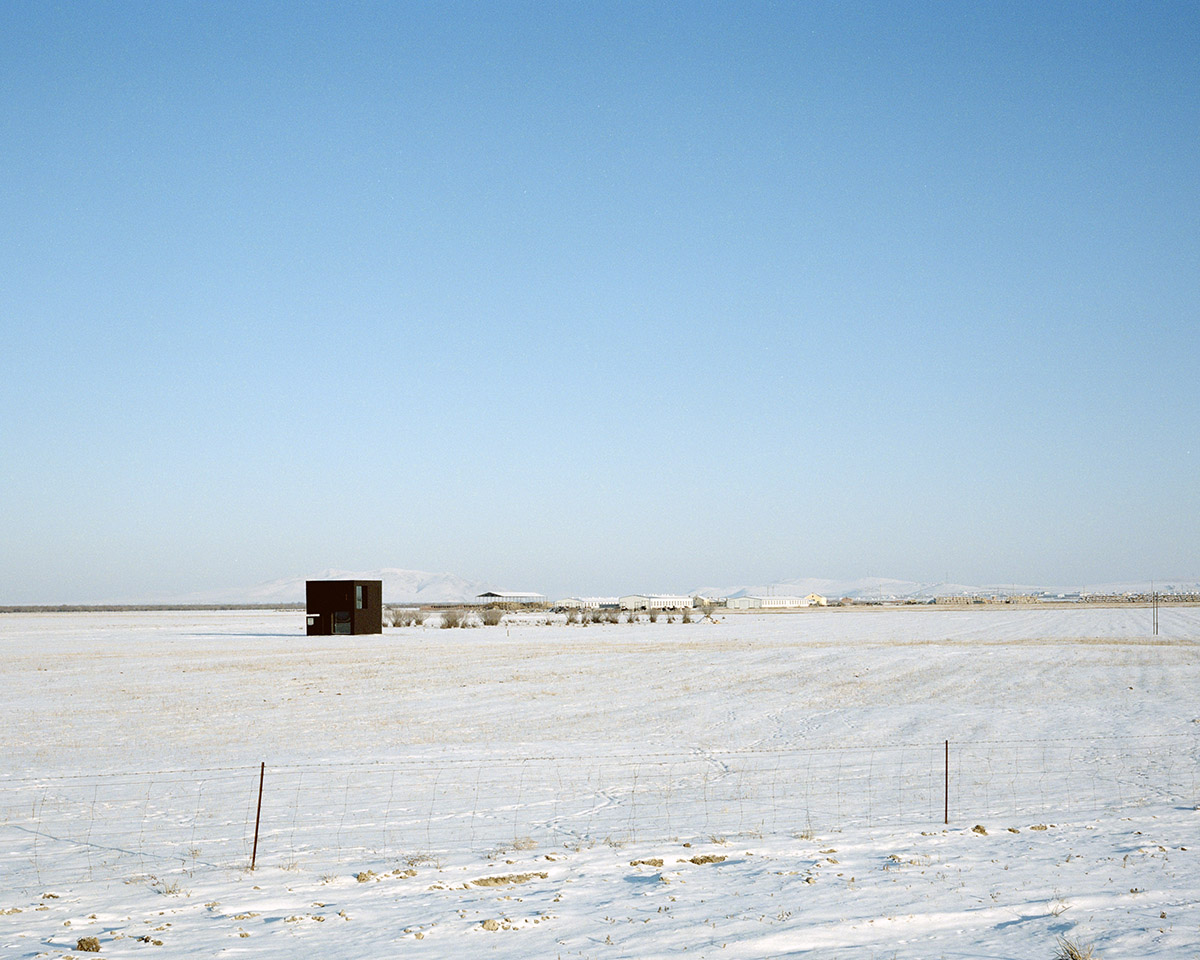 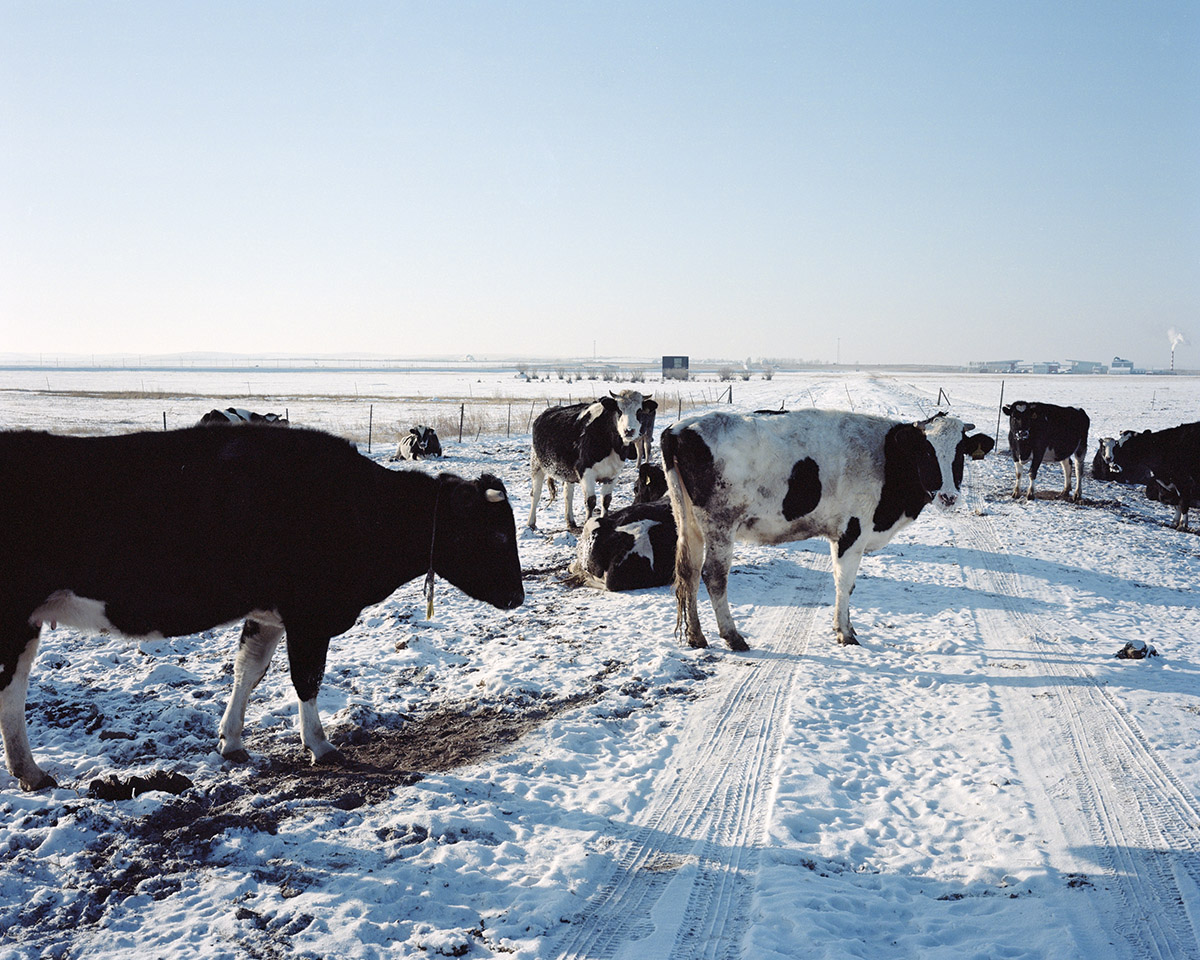 View of the architecture from client’s parent’s house 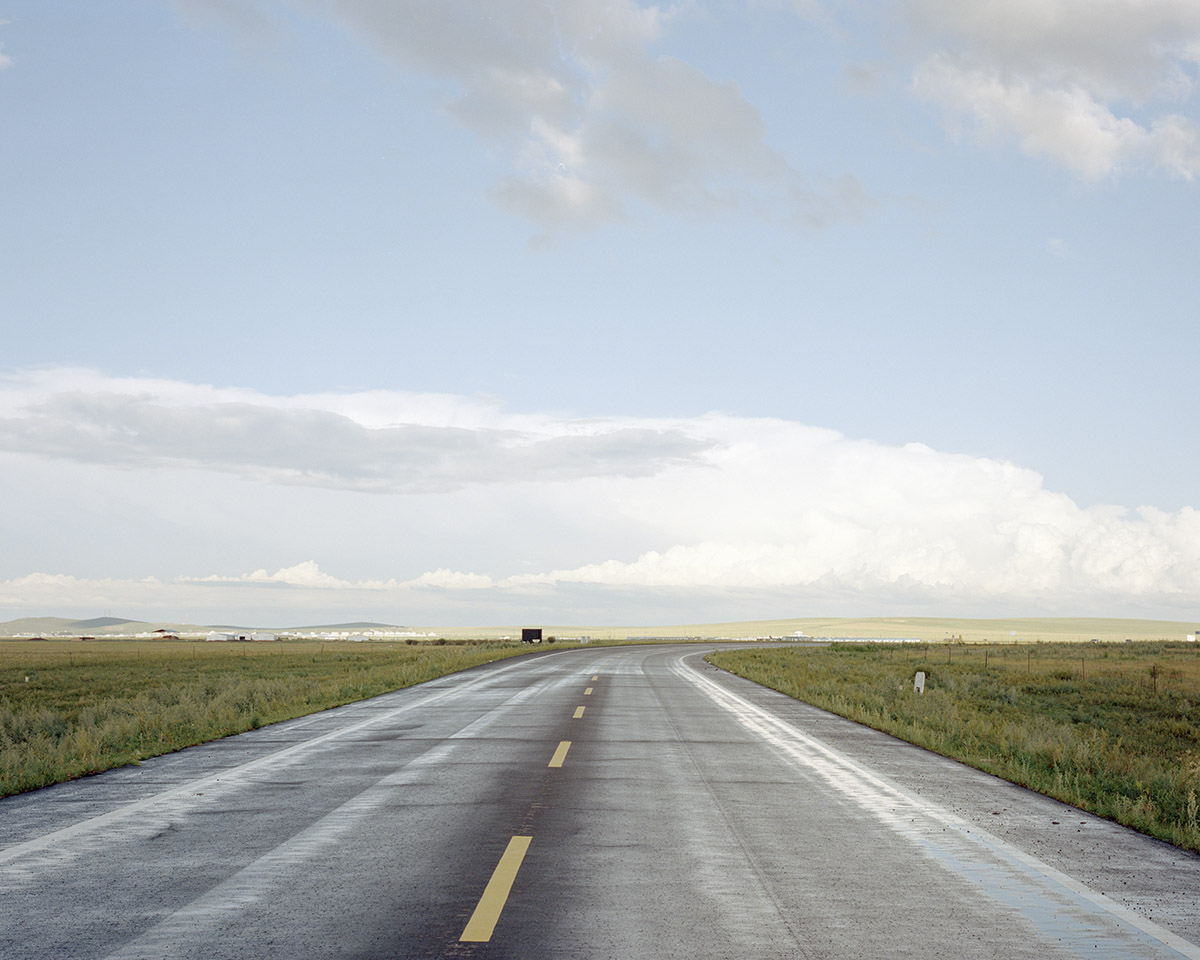 View of the architecture from Heishantou port

Given the setting of a gentle and open terrain, the house sits on a spectacular and beautiful landscape that seems to extend to infinity. As the vastness of the landscape almost omits the scale of things, Aleph figured that all things sitting on the horizon would have a clear outline. Thus the form of a simple cube. Painted black, the Singer House's intention is to draw attention through its crisp form and arouse passerby's curiosity by walking towards or around it. 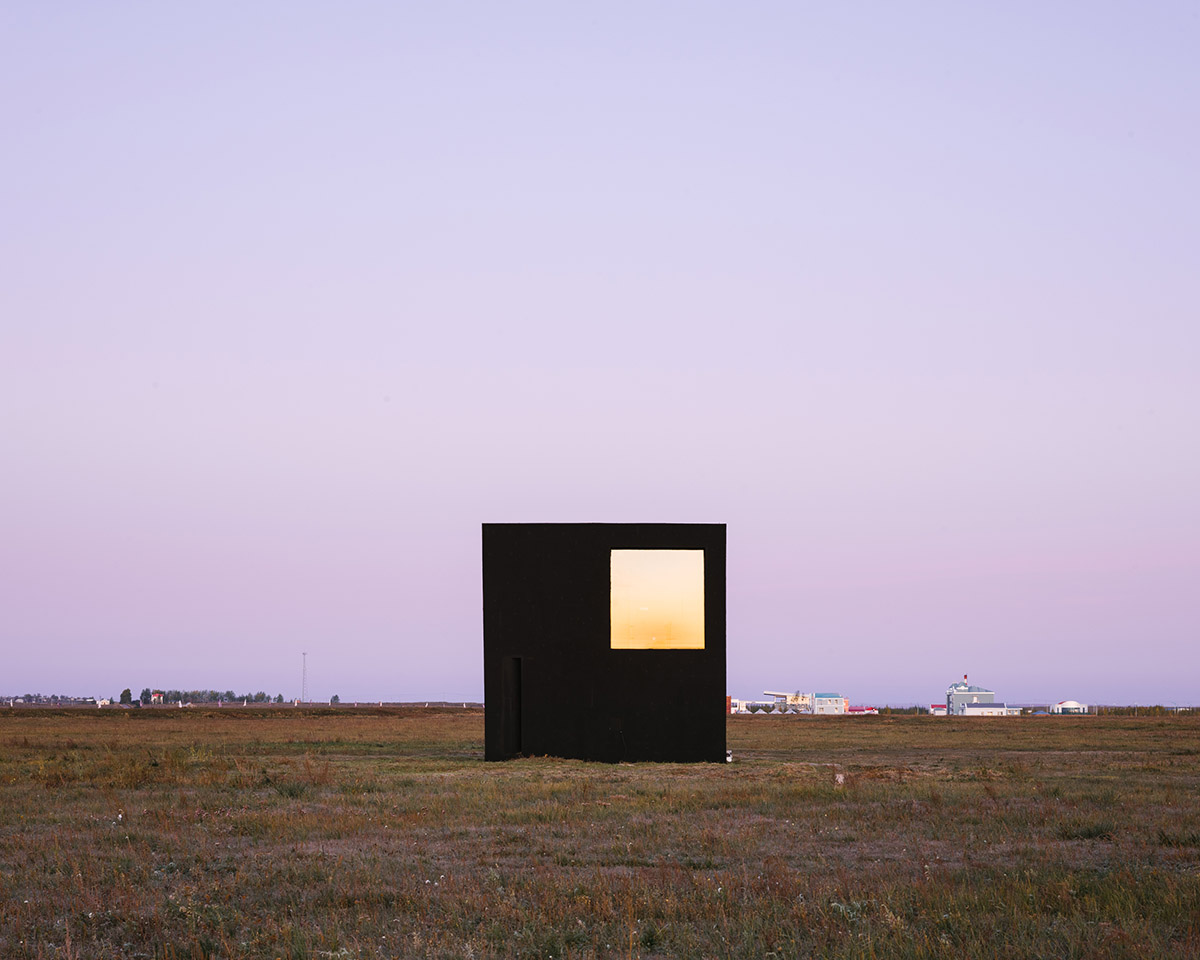 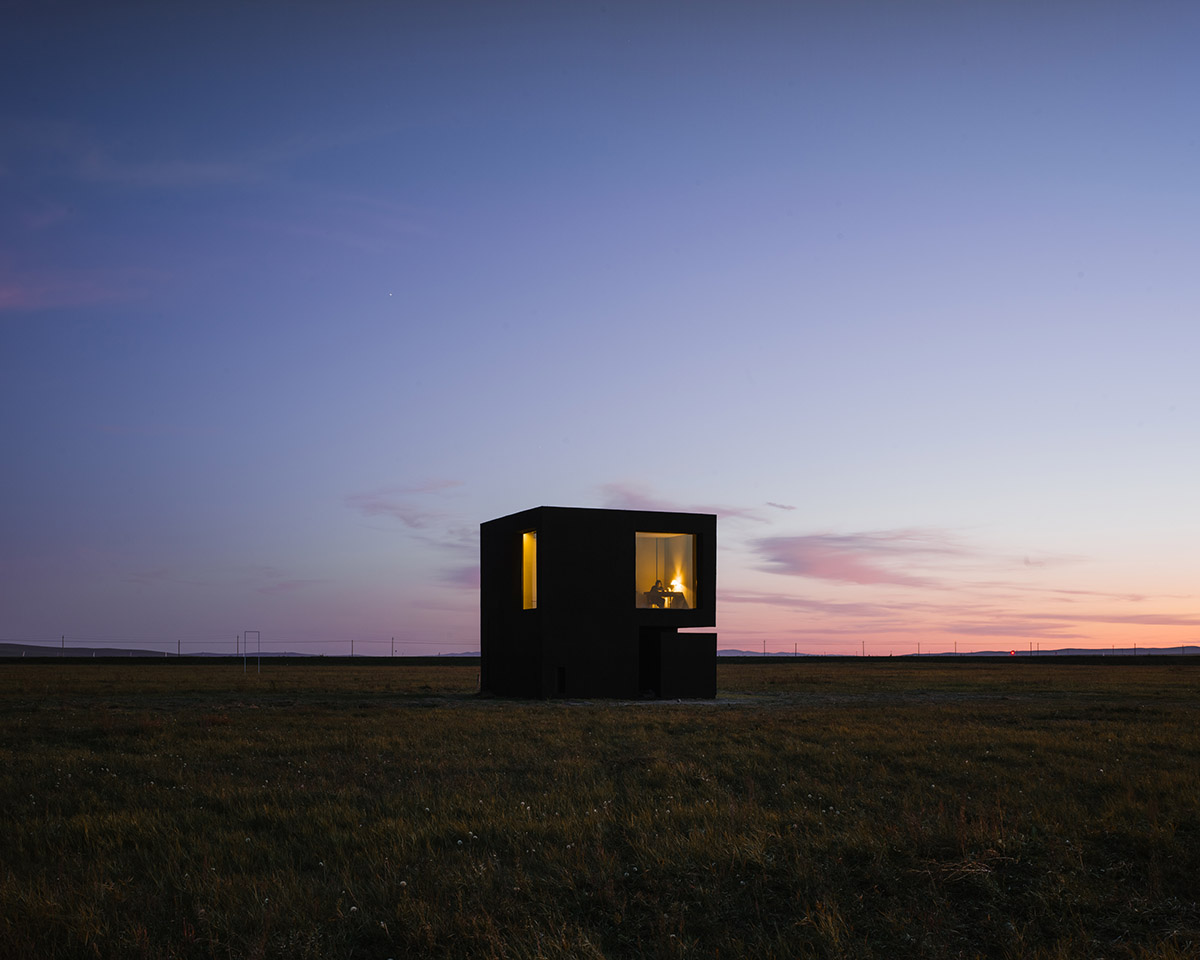 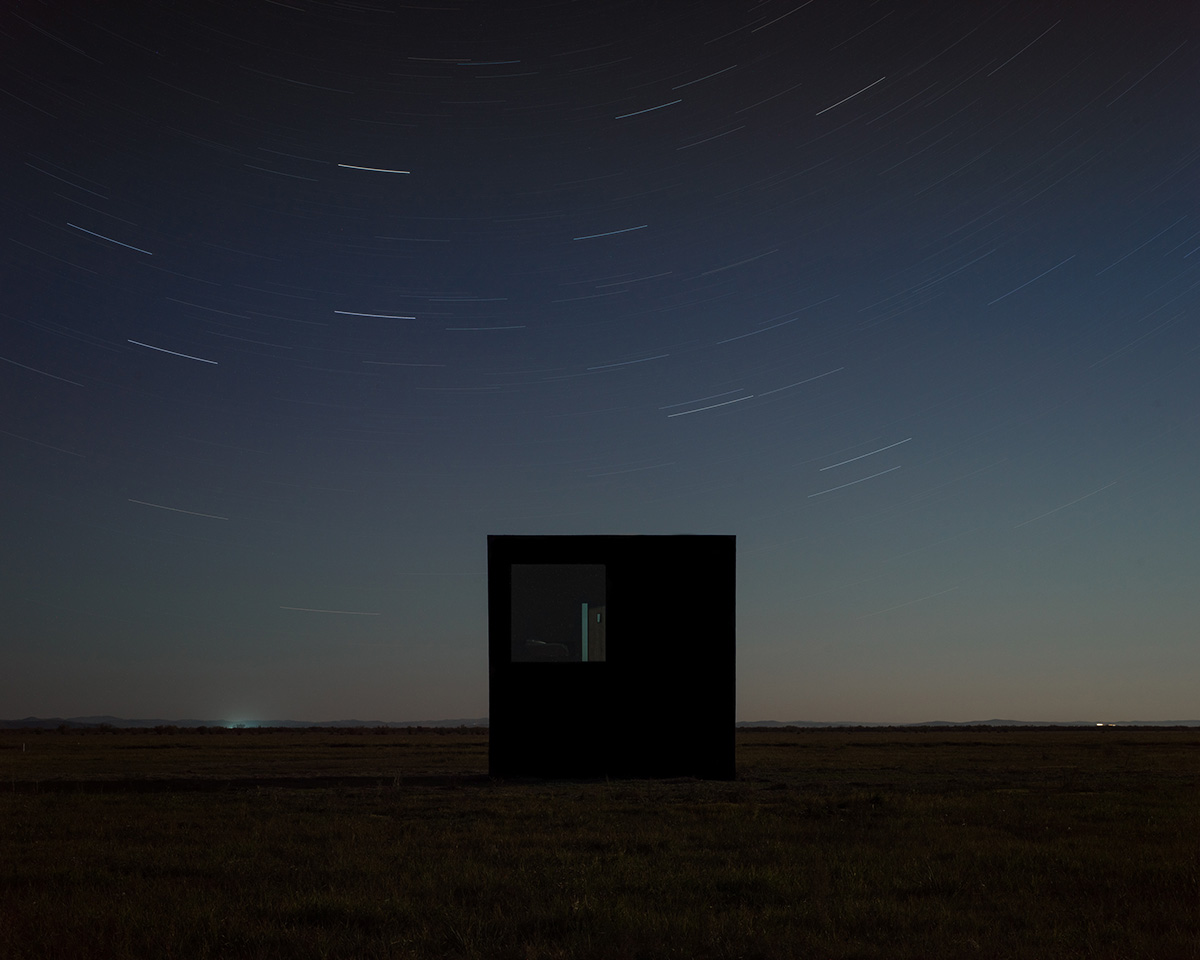 Inspired by Chen's fond childhood memory of growing up in his parents earth house with only one window on each façade, the Singer House honors its precedent by introducing large landscape windows on each facade that frames different views, while the windows for ventilation are hidden inside walls. In particular, the east facing window frames the view of Chen's parents house and their cattle shed. The glass reflects the everchanging position and color of the sun throughout the day. 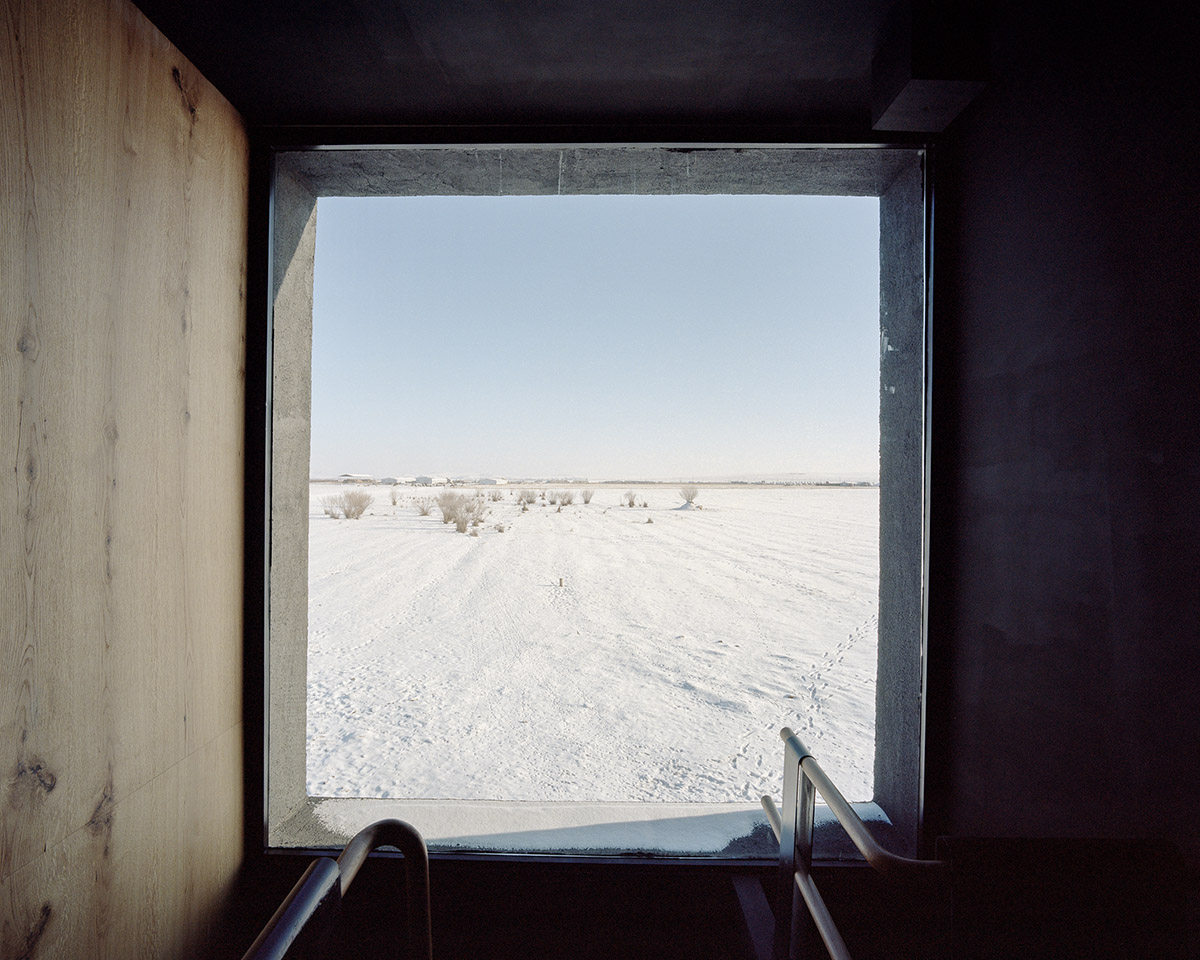 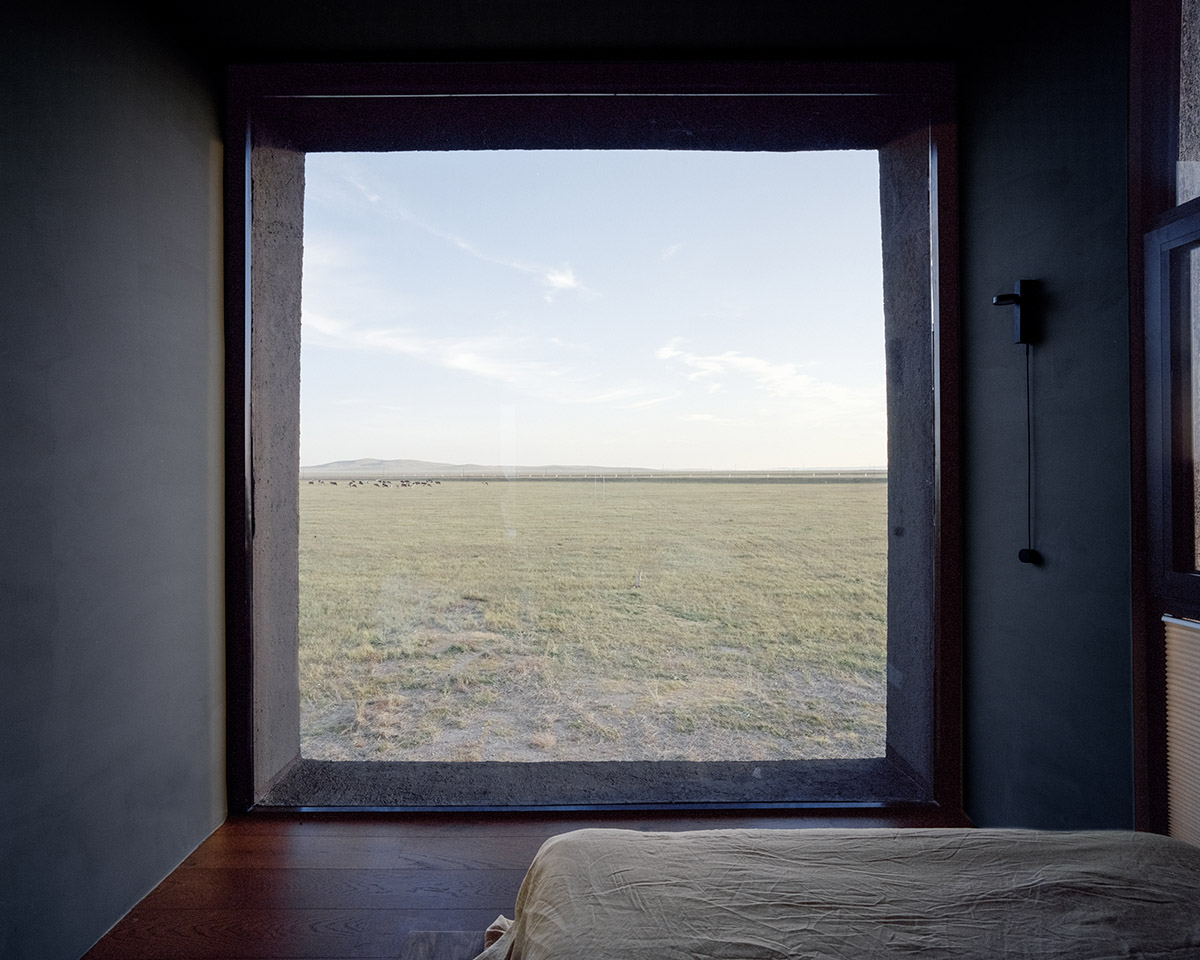 The interior of the second floor bedrooms facing south 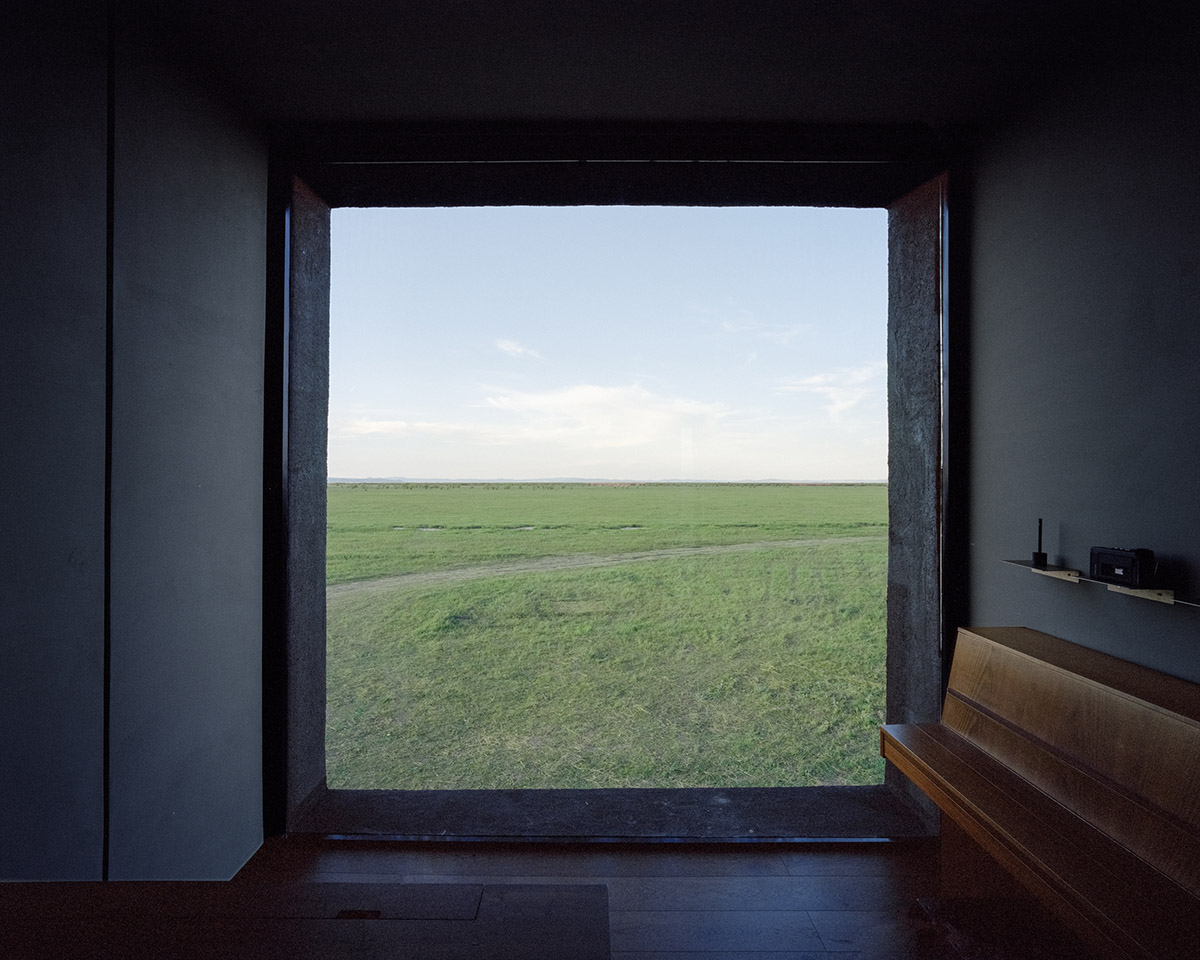 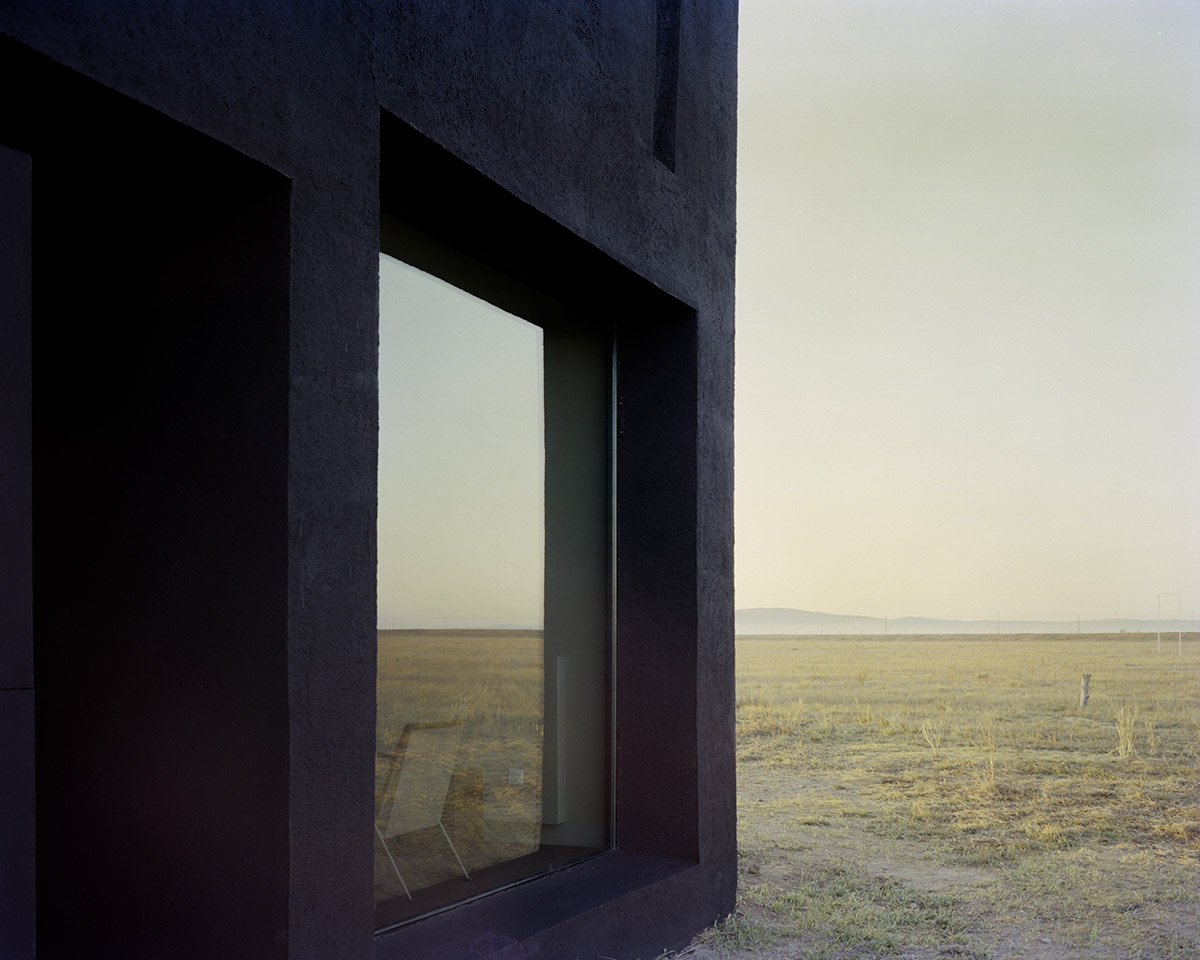 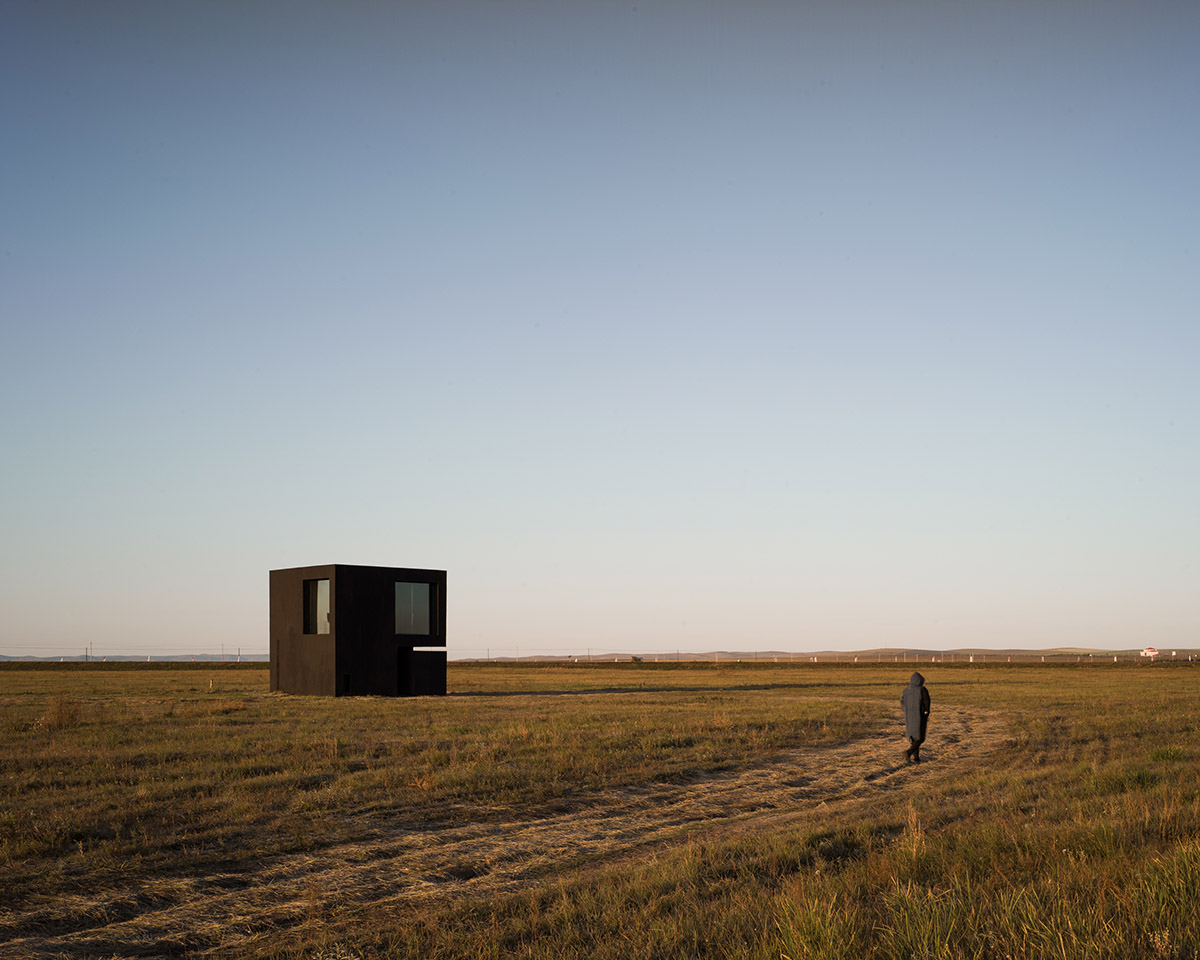 The interior space is made up of eight 3mx3mx3m cubes. The first floor consists of a sheltered entrance space, a kitchen and a dining room that looks to the HeiShanTou port and the land of Russia in a distance. Located on the second floor, there is a central intersection that divides the respective spaces into a bedroom, a bathroom and a studio. The intersection consists of a revolving door can be switched on and off for different modes and needs throughout the day. 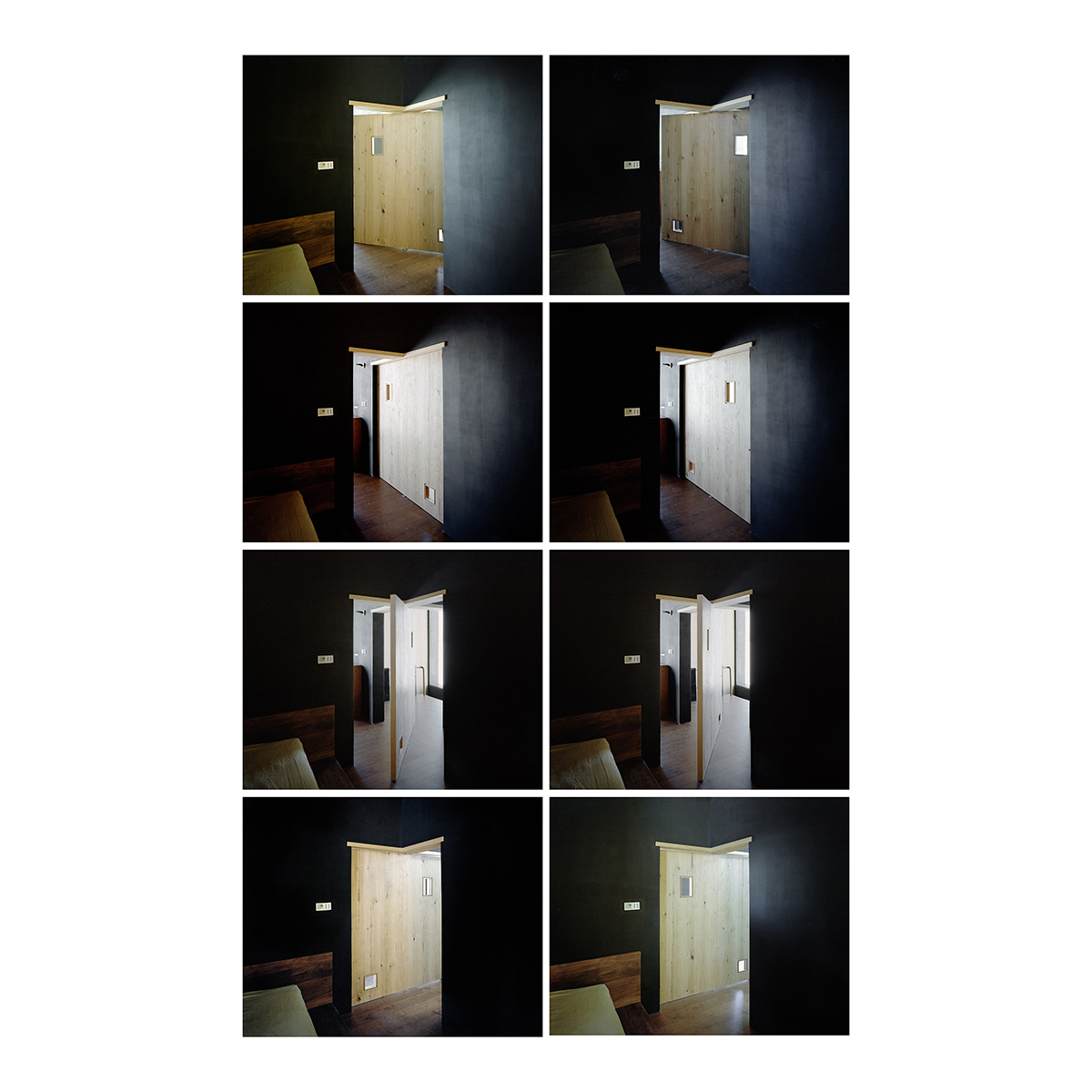 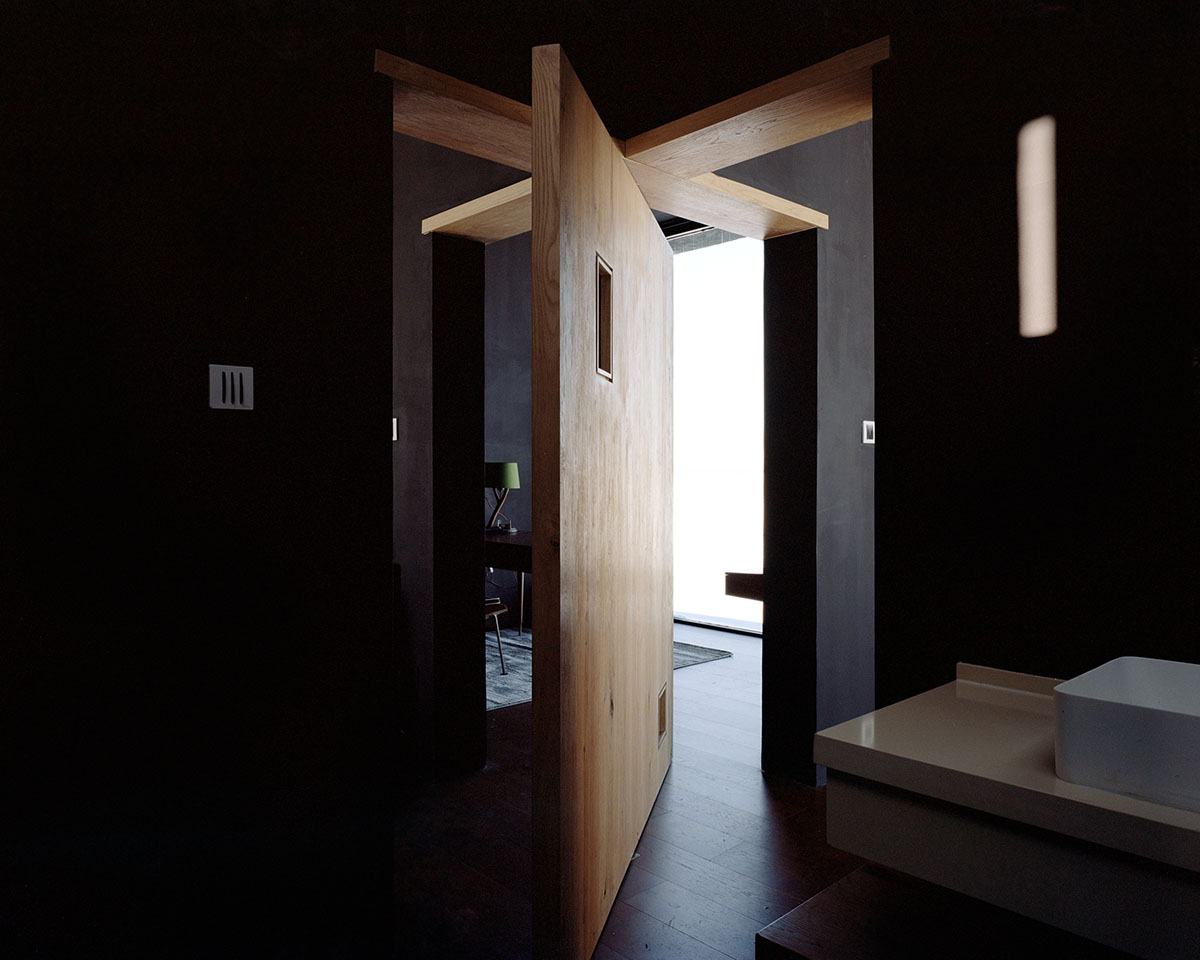 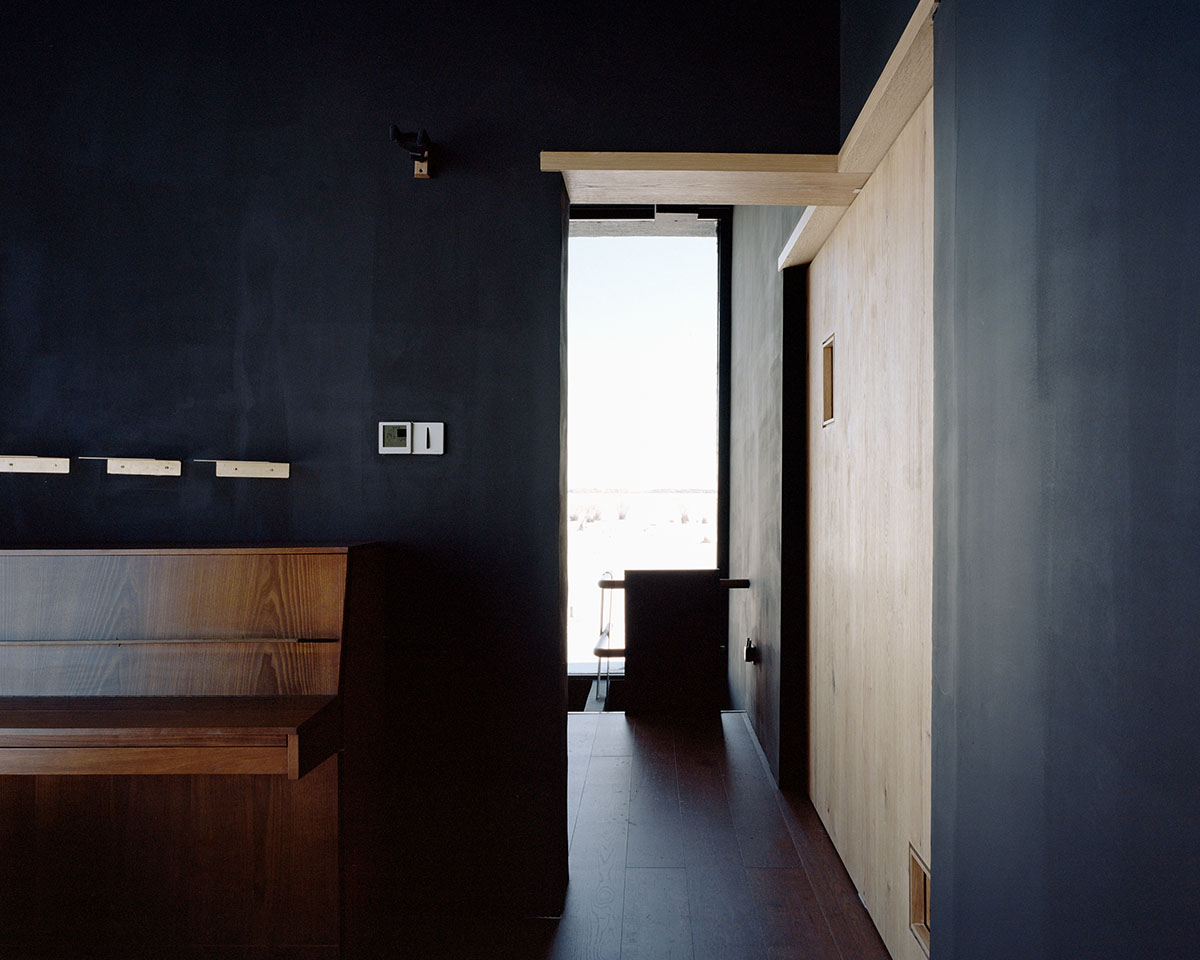 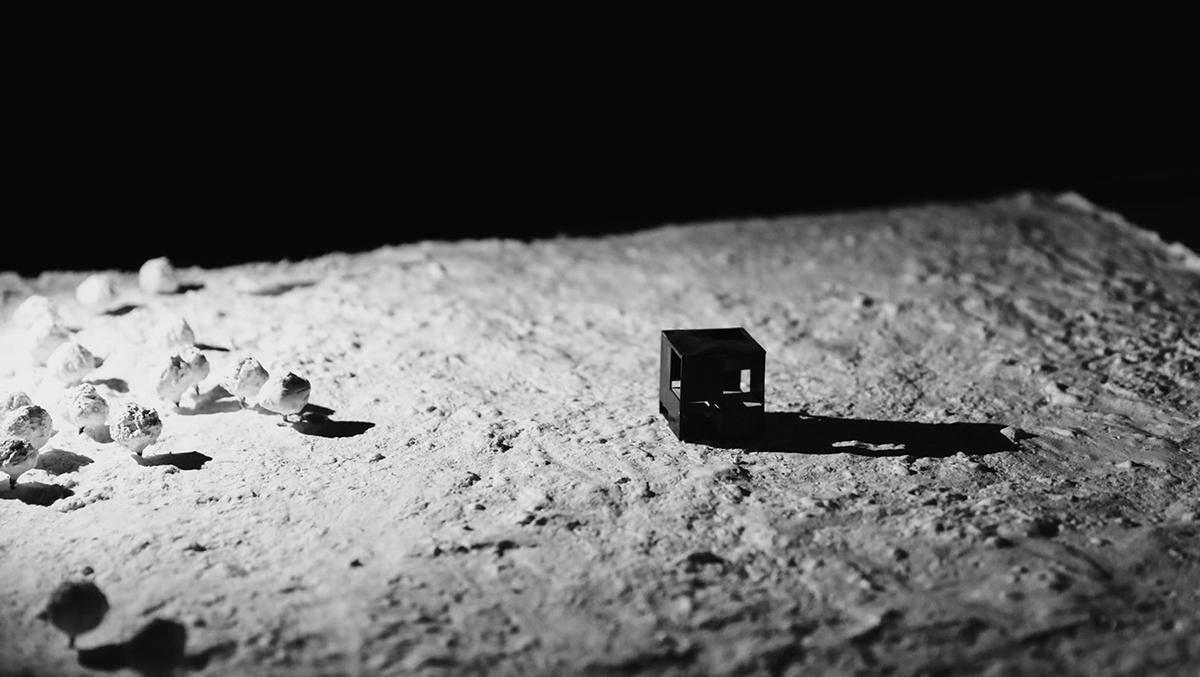 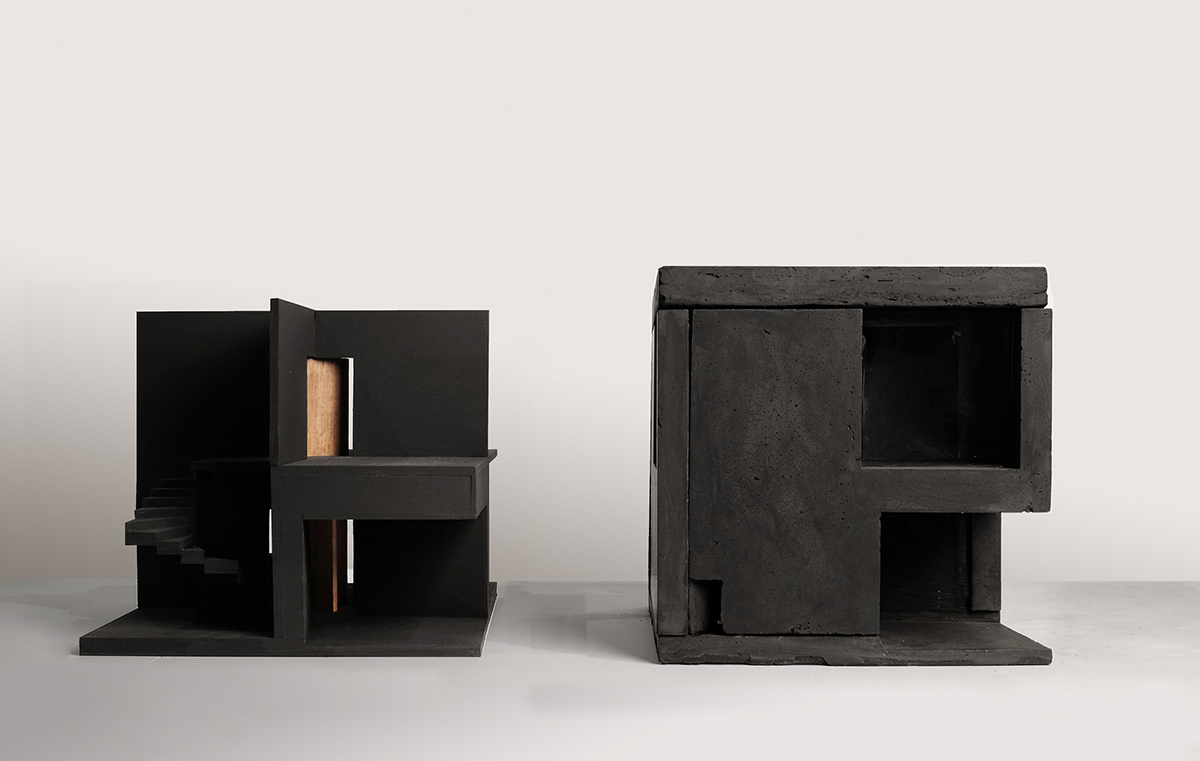 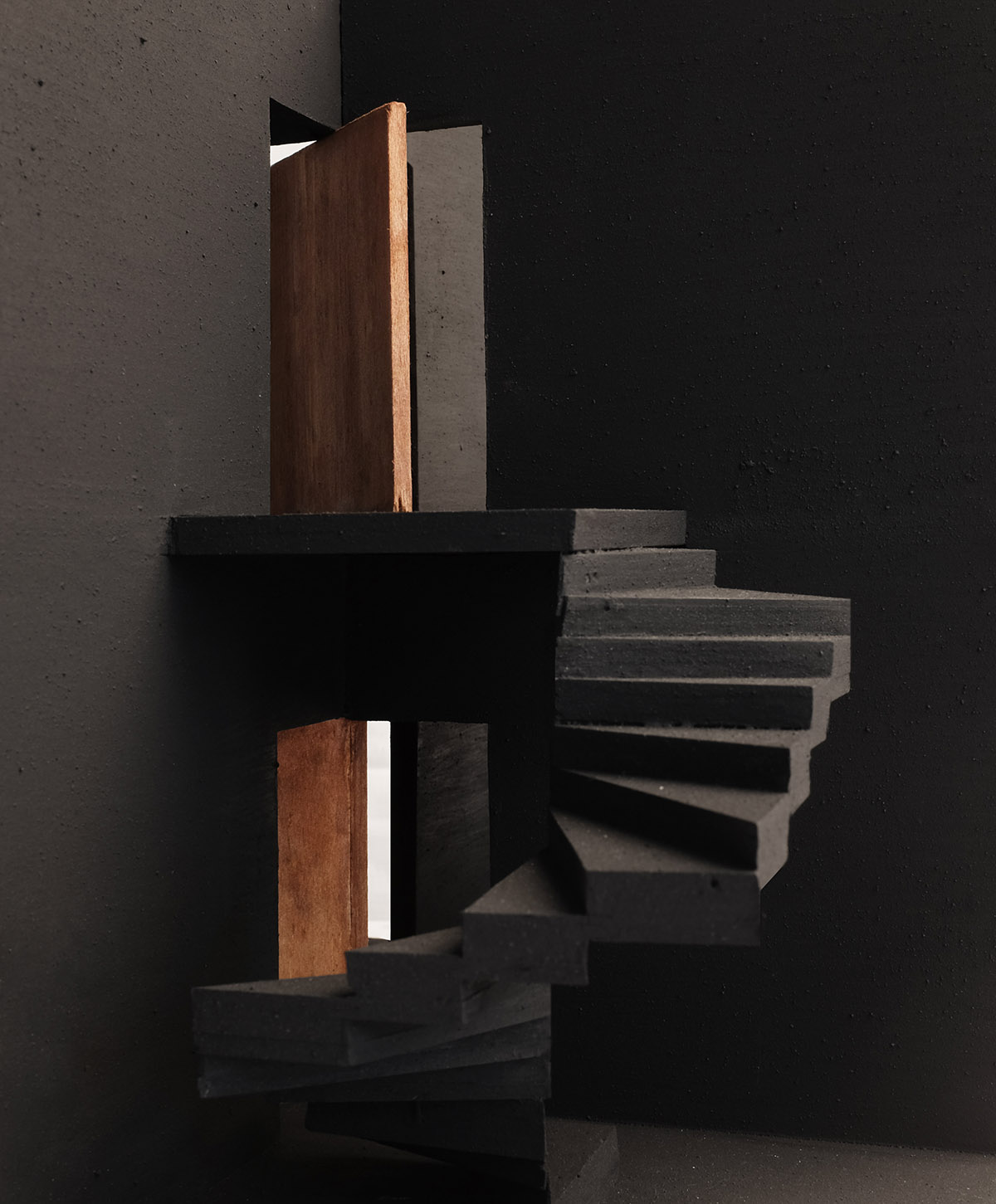 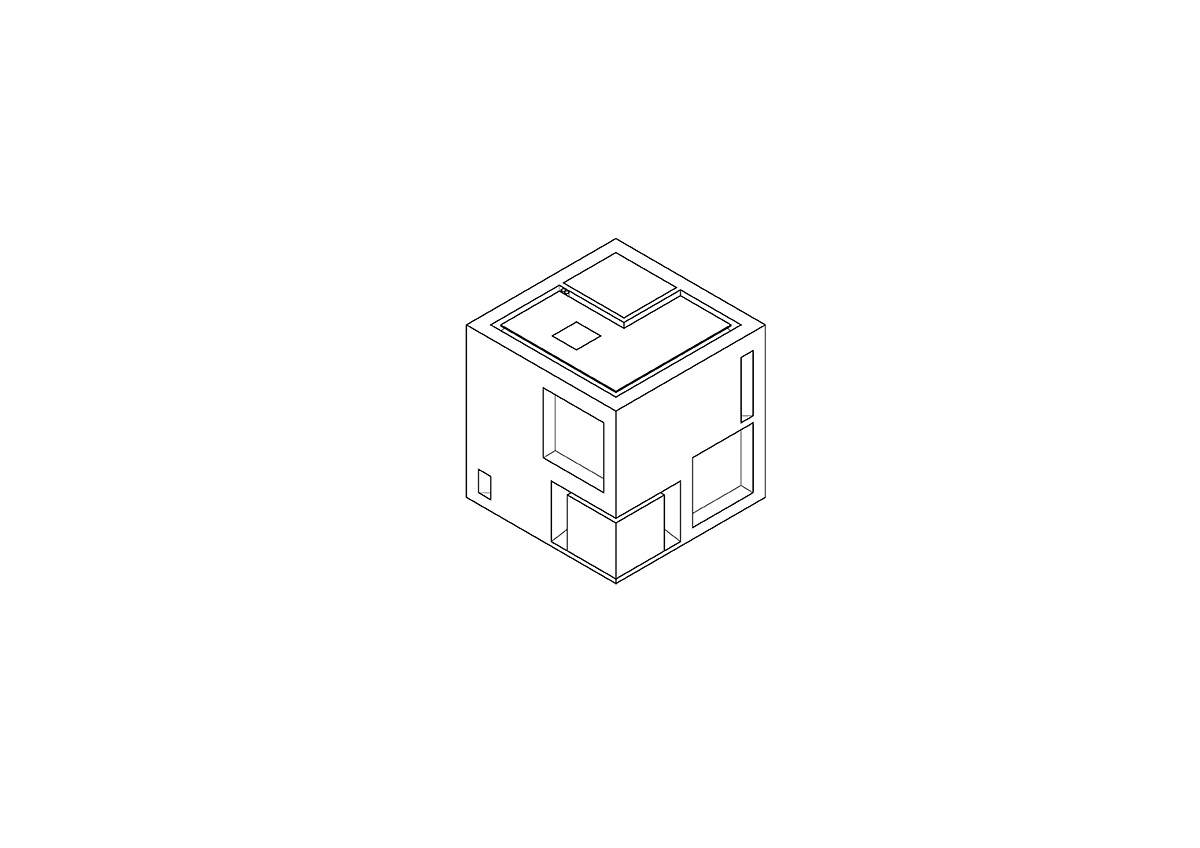 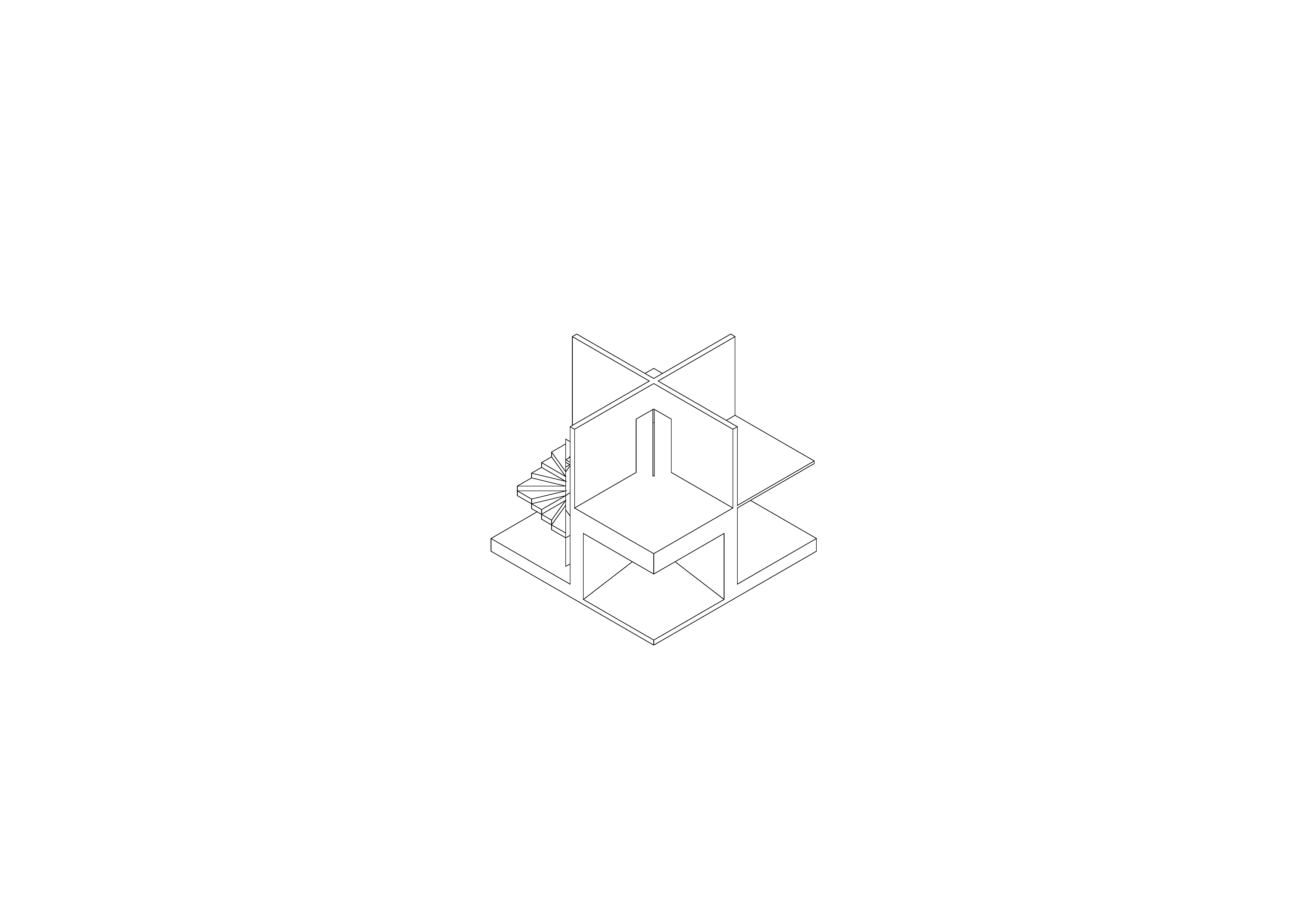 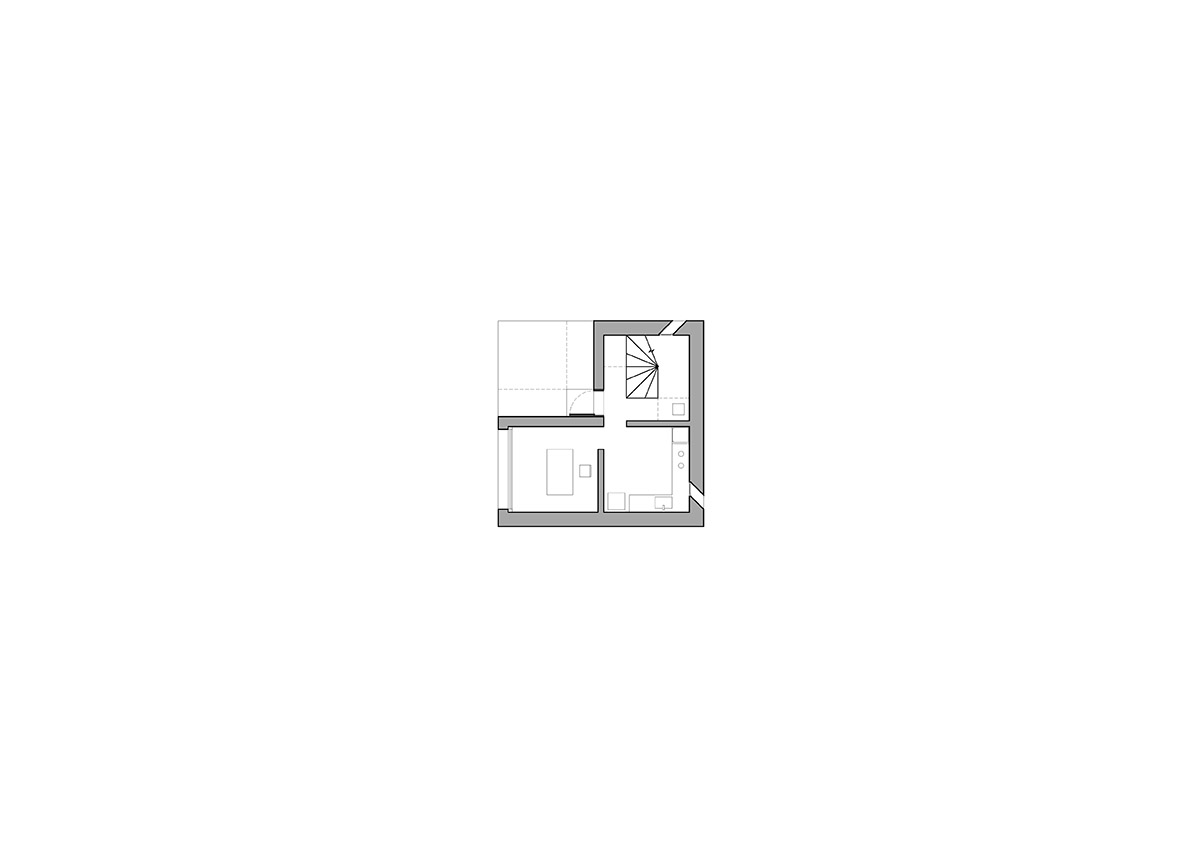 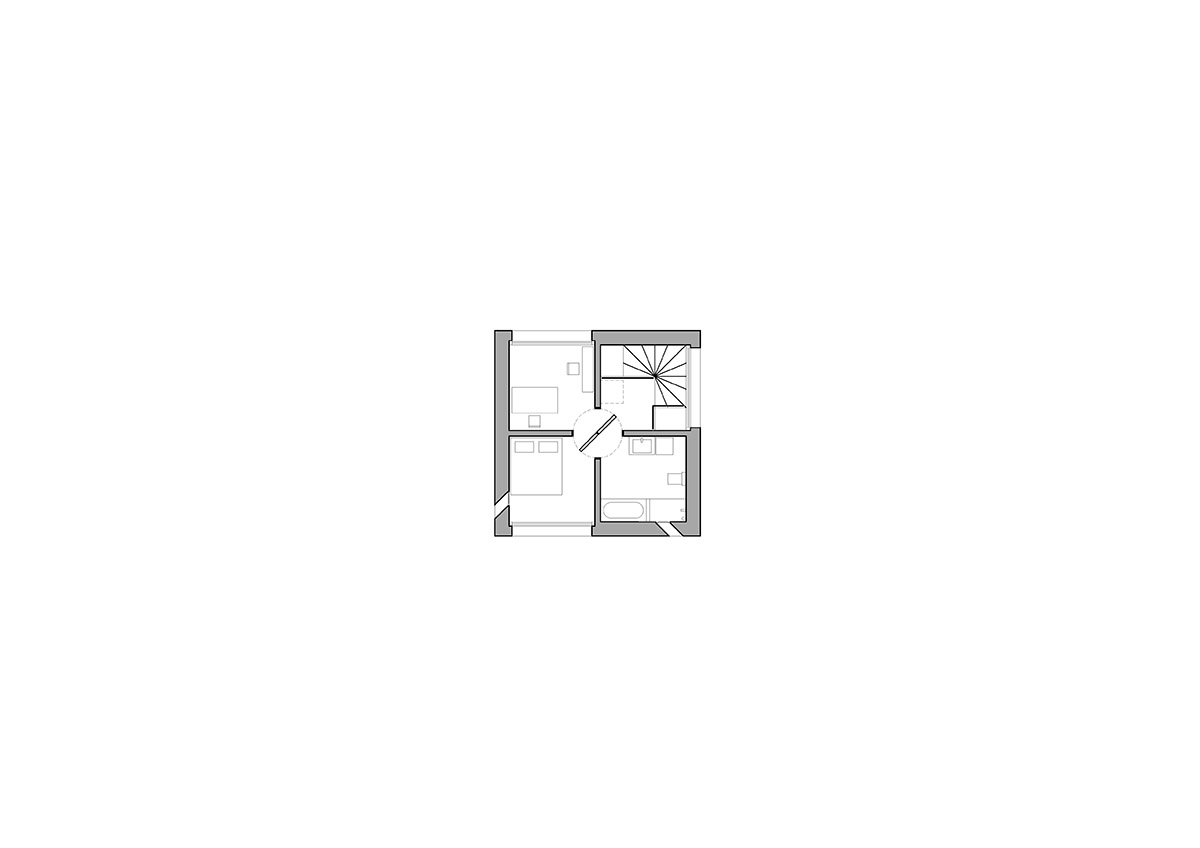 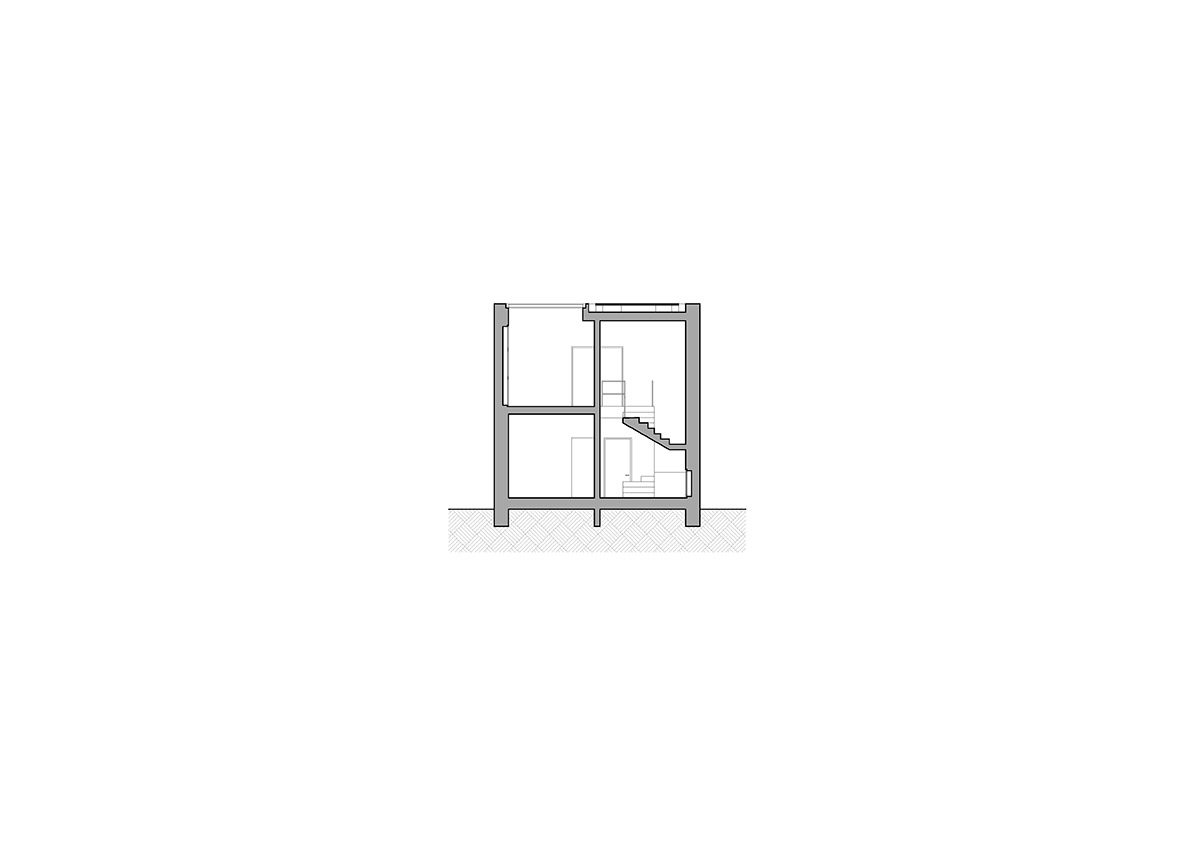 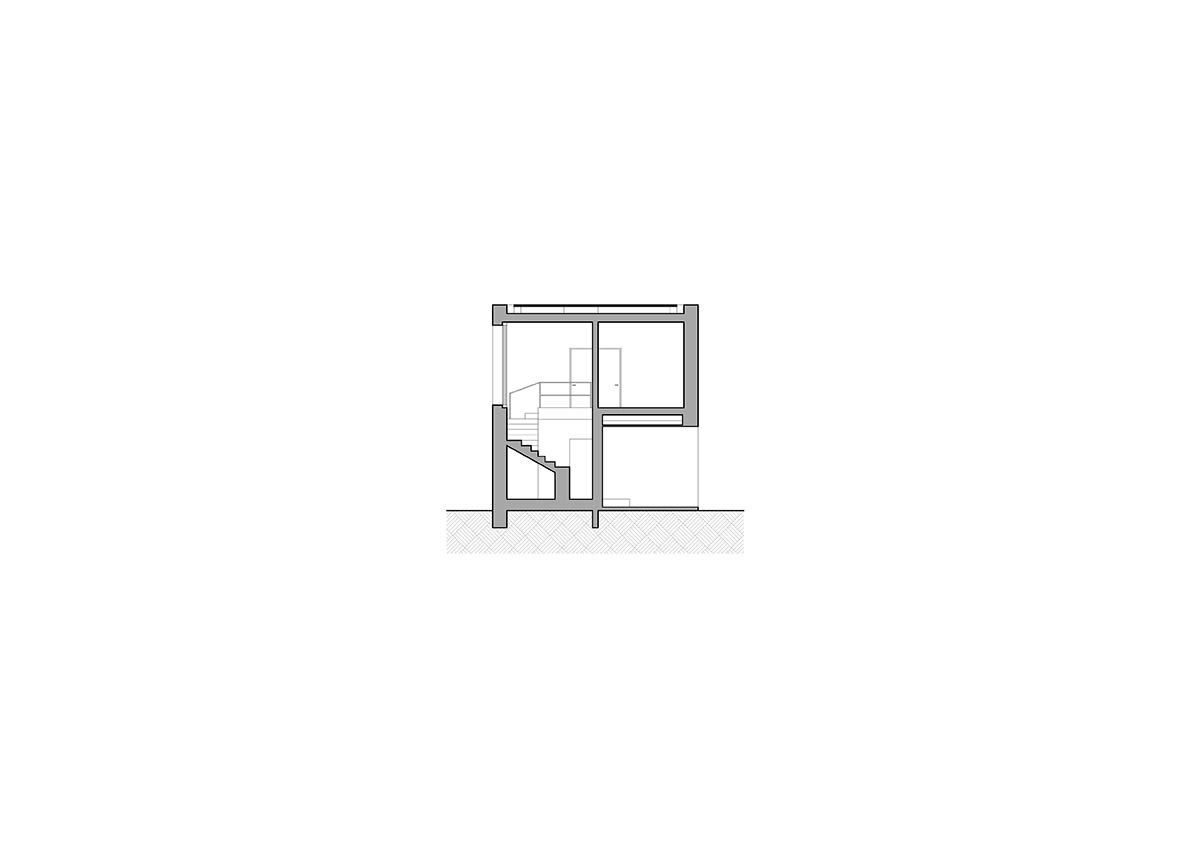