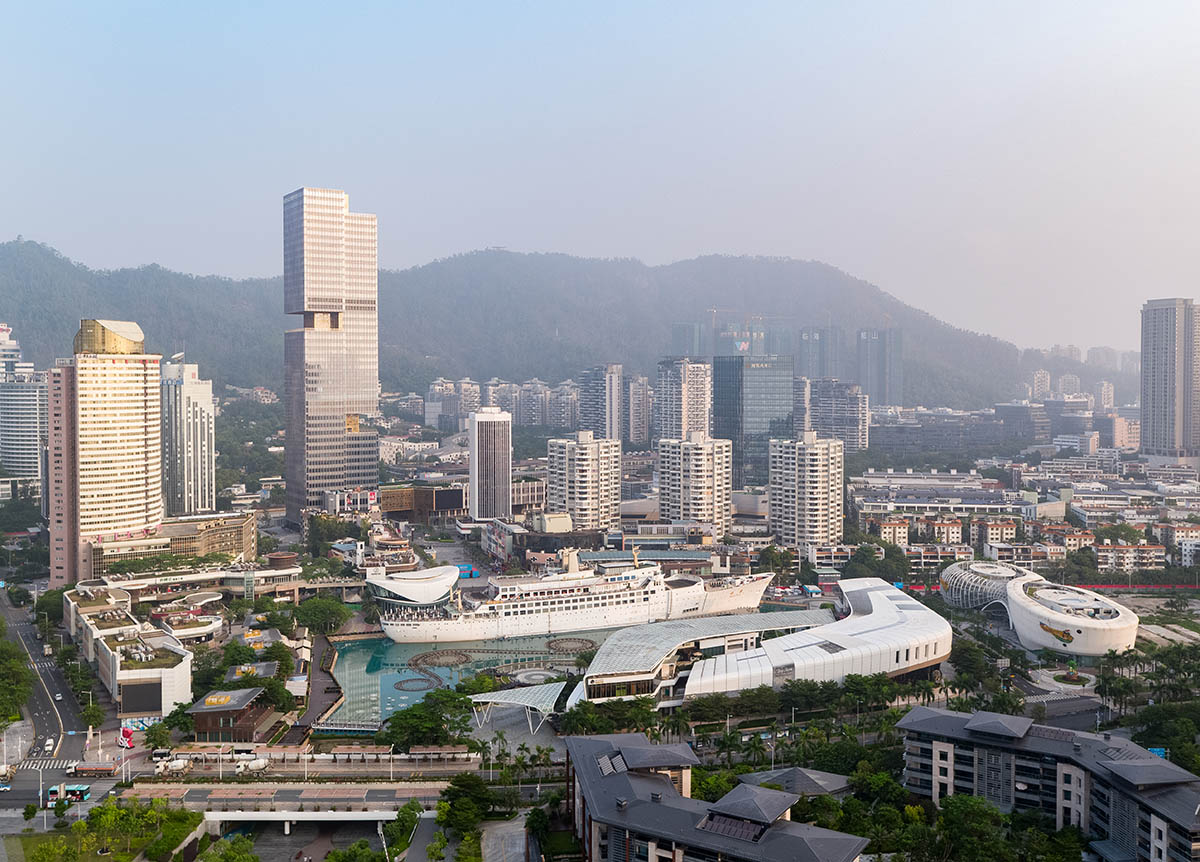 OMA has completed a new tower in Shenzhen, China, the 200-meter tall office tower has officially been opened to the public with multiple sky decks overlooking the city’s natural environment. 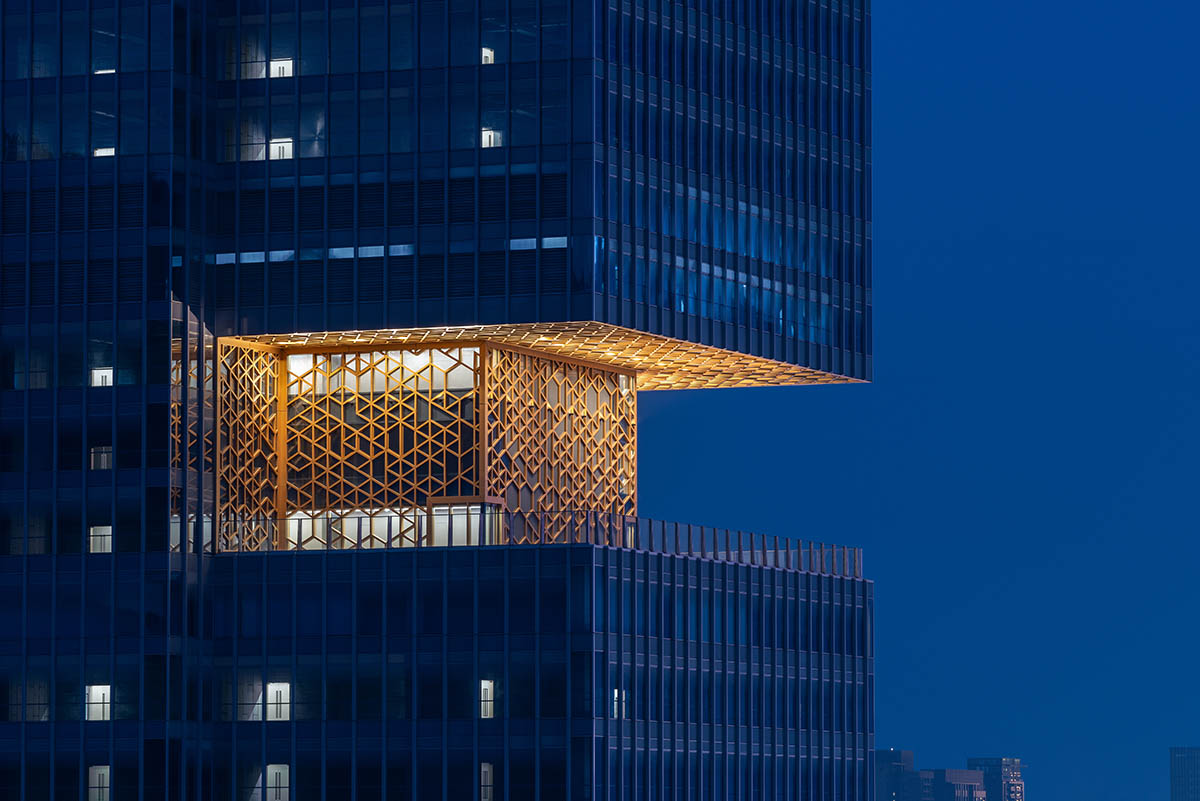 Commissioned by CMSK (China Merchants Shekou Holdings), the tower is comprised of an ensemble of four bars with multiple sky decks, the tower offers ideal vantage points for both tenants and the public to enjoy vistas of the city, while responding to the scale of the existing urban fabric. 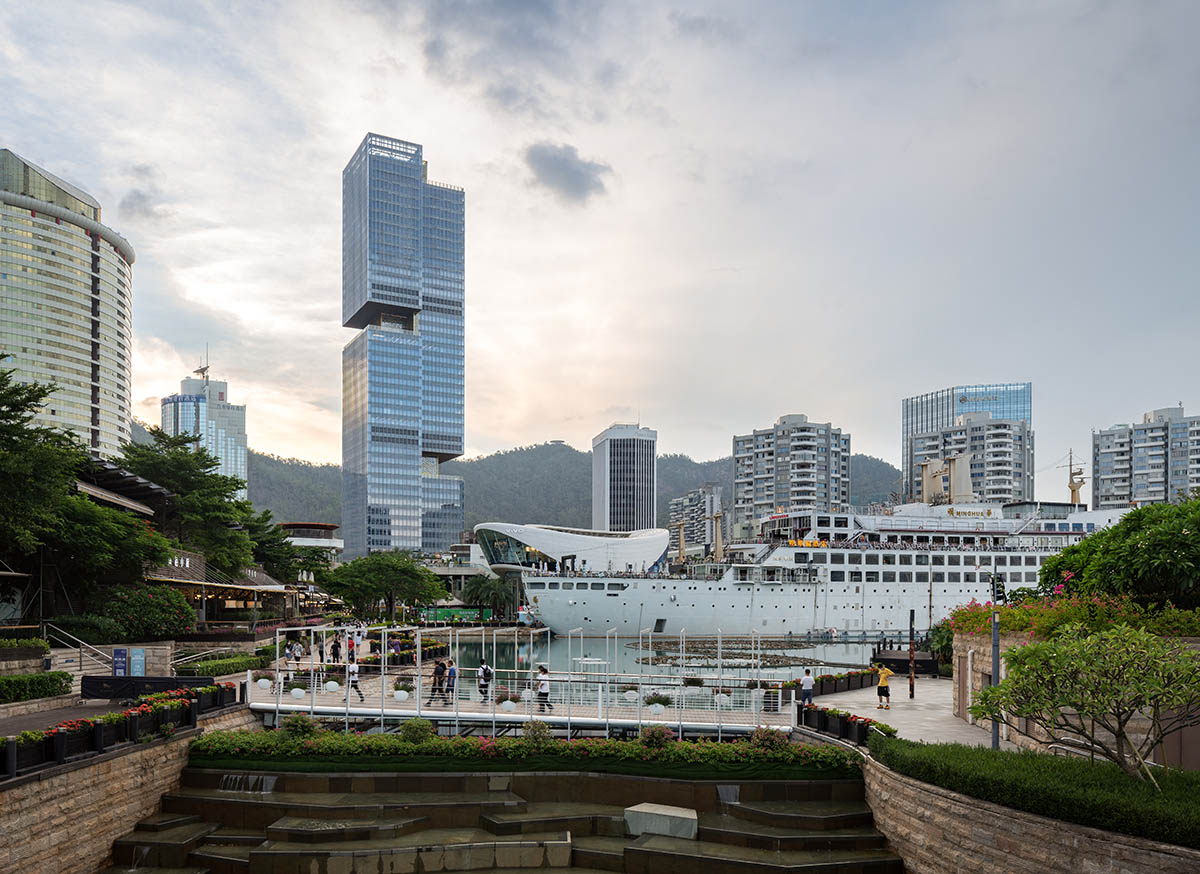 "Its three sky decks are important design features. They are public spaces for everyone to appreciate the area’s natural environment through the city’s main view corridor."

"They also break down the otherwise monolithic skyscraper to create an architecture respectable to buildings of distinctive scales in its surroundings," added Gianotten. 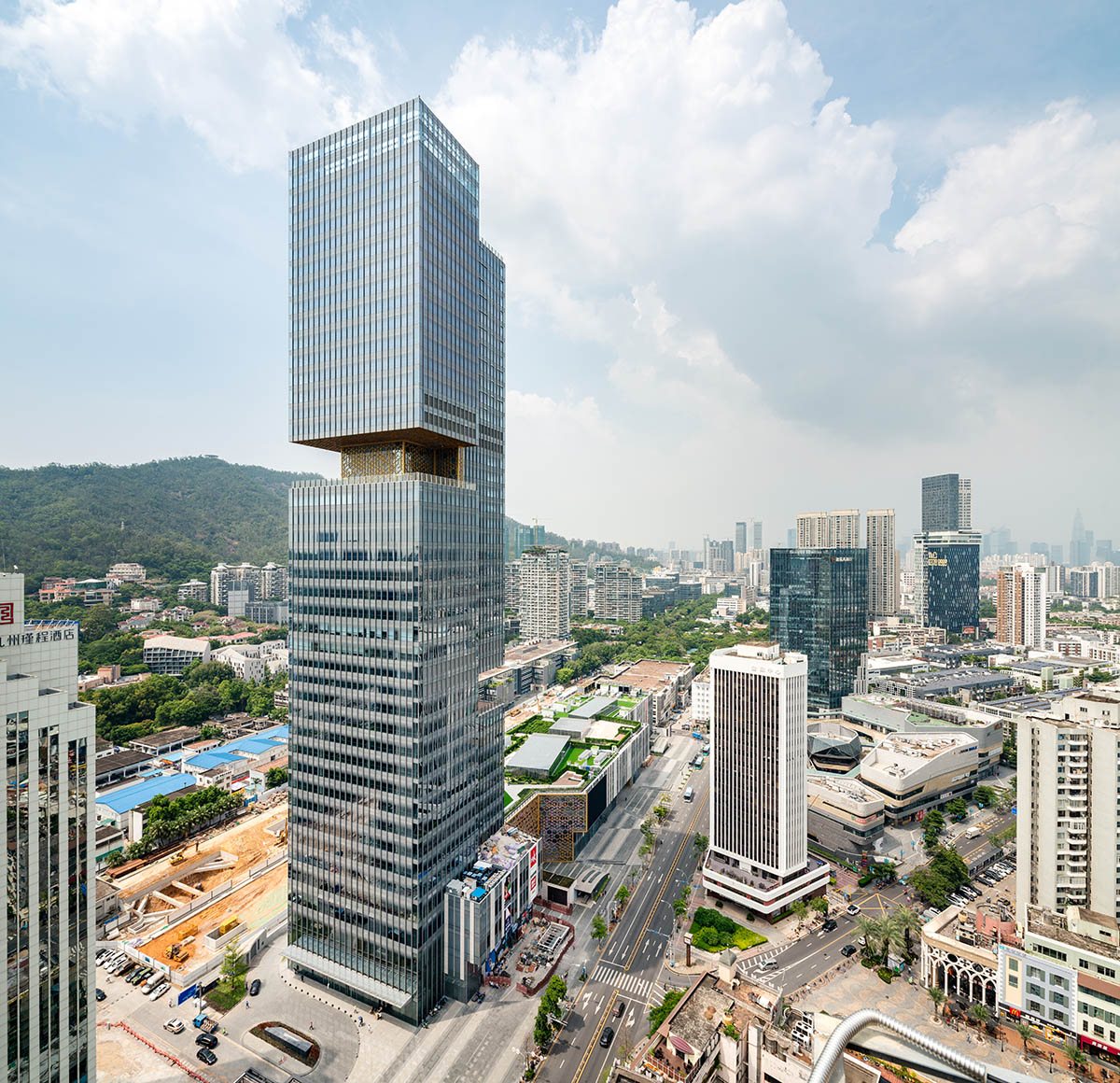 Its sky decks are accessible to both tenants and the public, the tower's ceilings are highlighted by a hexagon-patterned facade inspired by hills and waves. 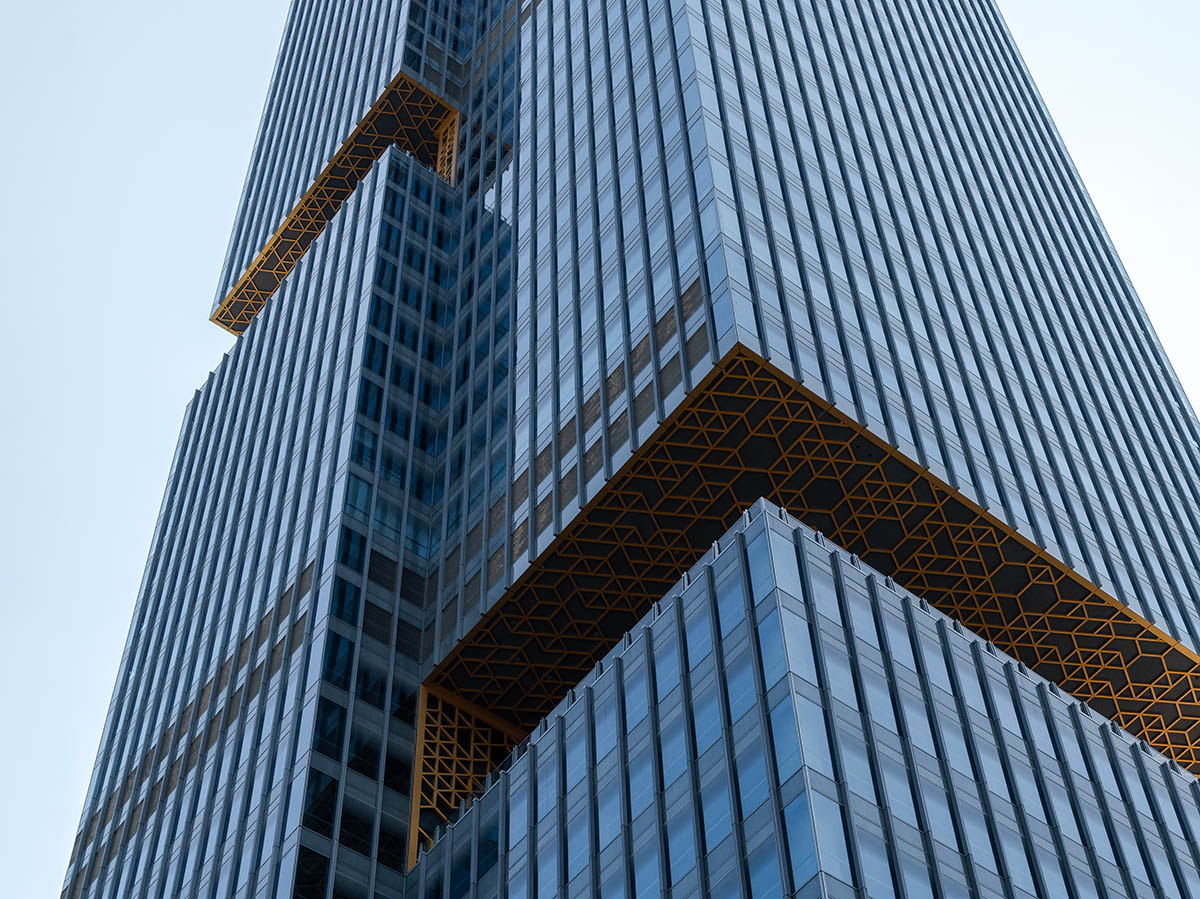 On the street level, there is a 40,000-square-metre podium mall and it occupies the full length of the orthogonal site to maximise street level retail frontage.

"A prominent opening—marked by a similar façade as the sky decks—is created at the location through which the view corridor runs," said OMA.

With a porous façade and a roof terrace, the podium mall is an extension of the existing commercial and recreational offerings in the area. 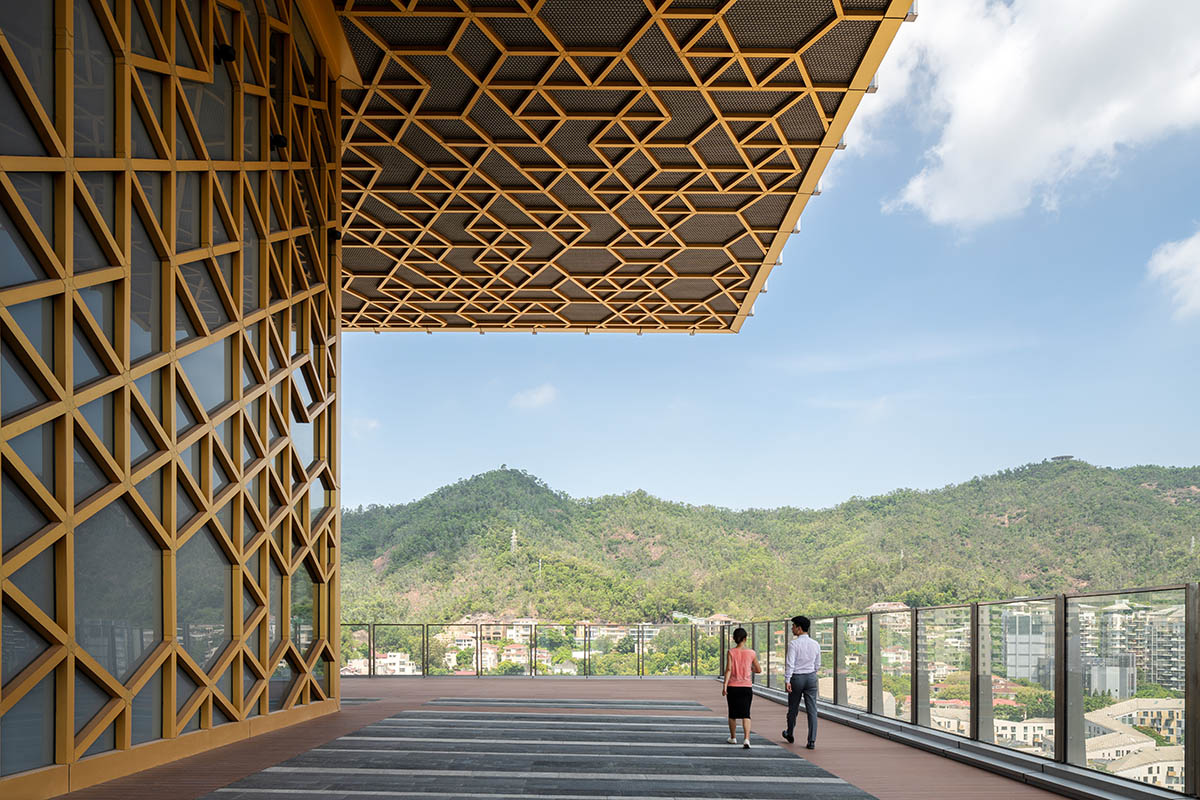 "No other urban area in Shenzhen has such close proximity to both the mountains and the sea, with a view corridor and many open spaces. We fully utilised these features in our design of Prince Plaza," said OMA Project Architect Bauke Albada. 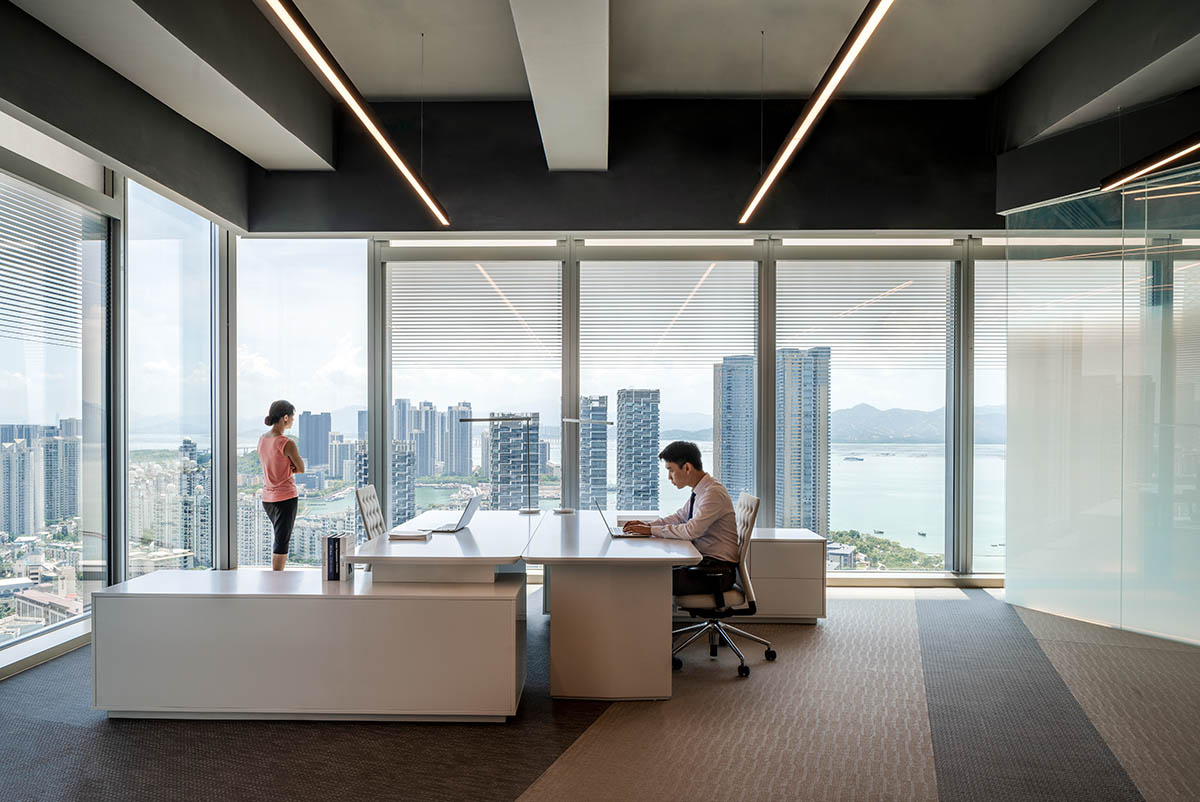 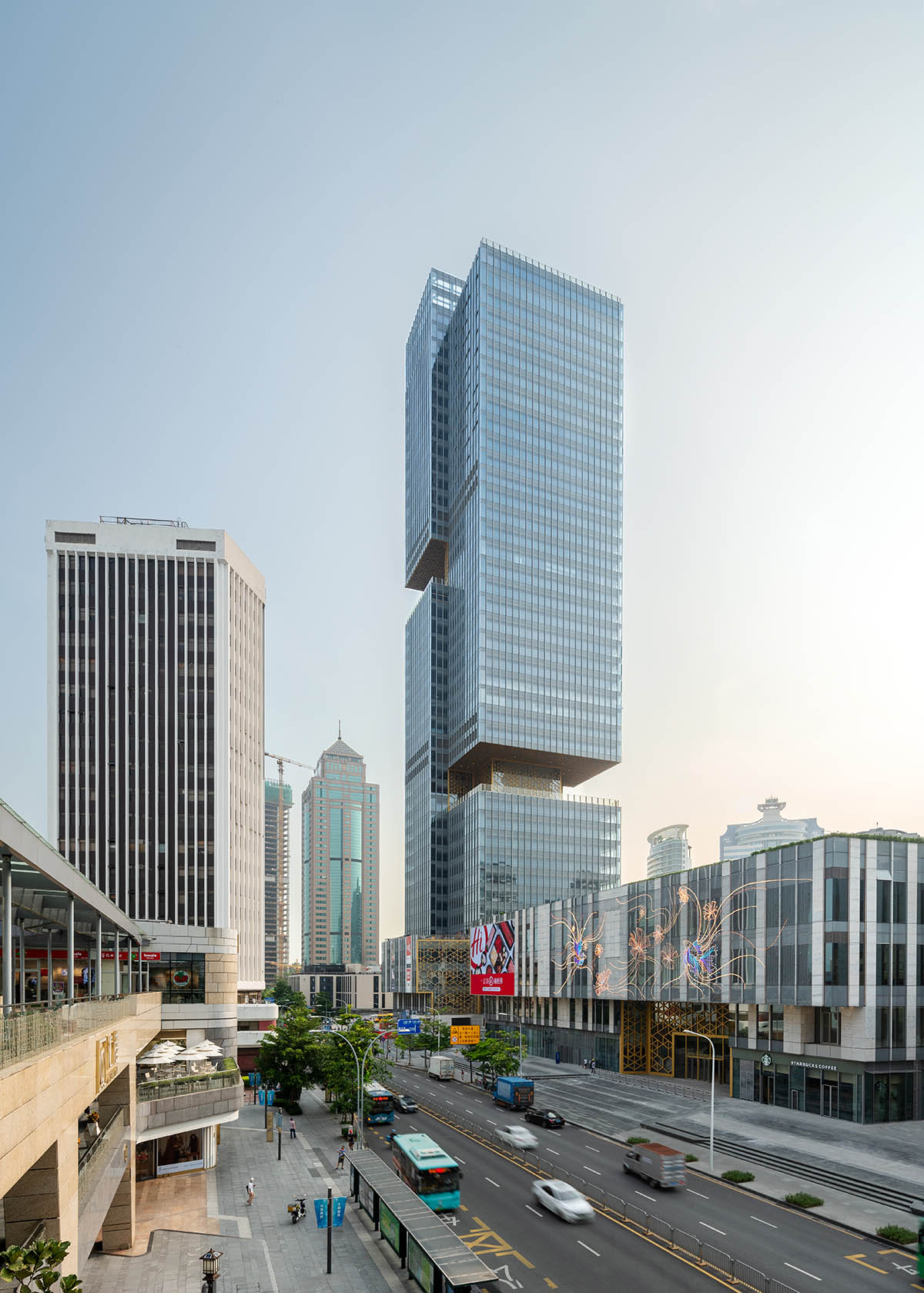 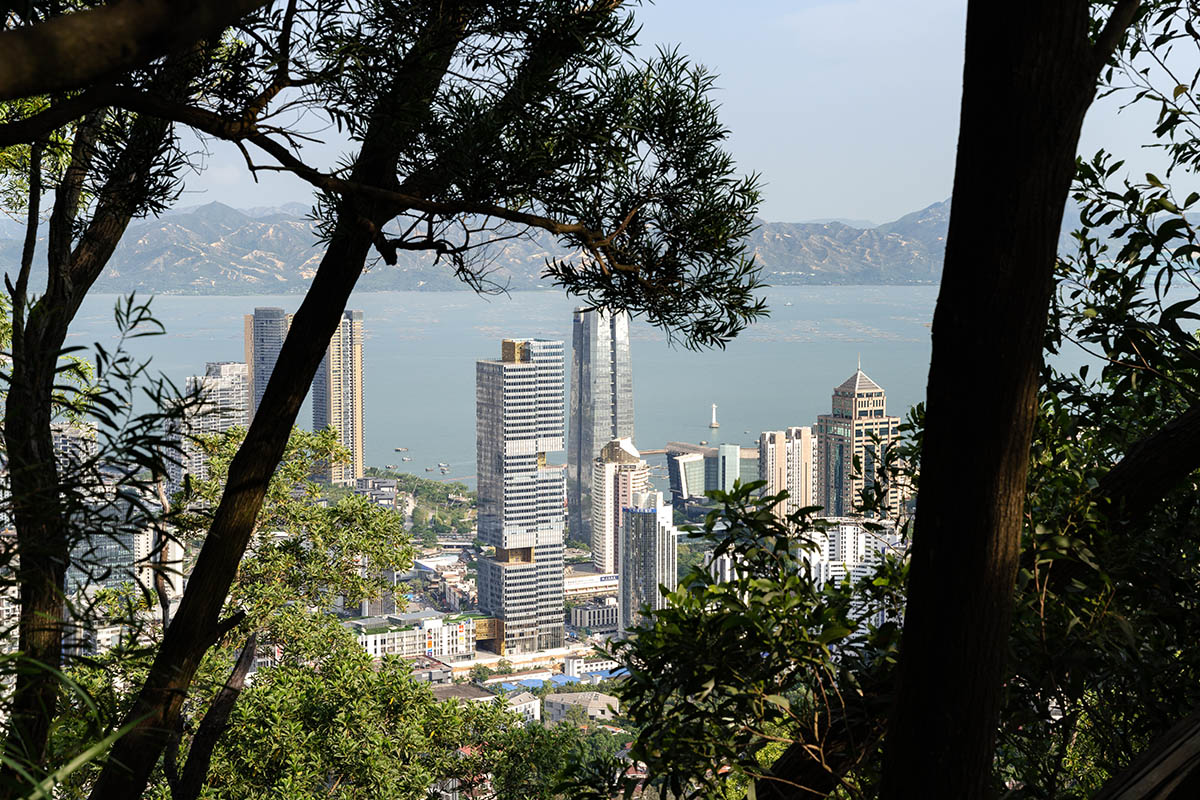 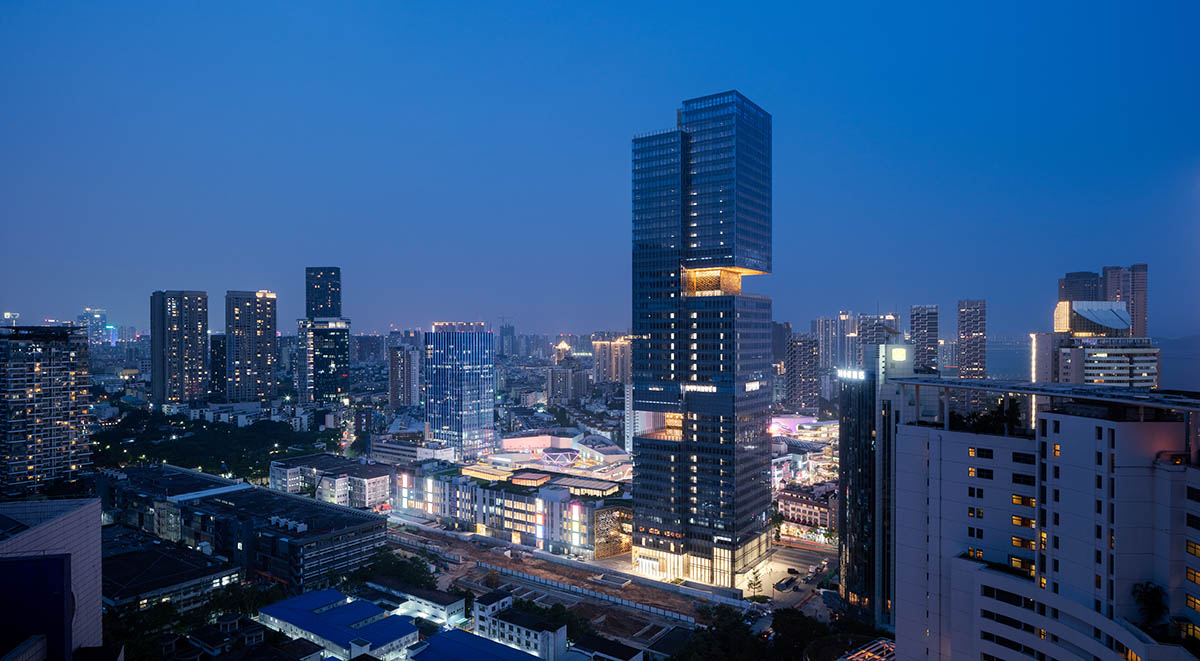 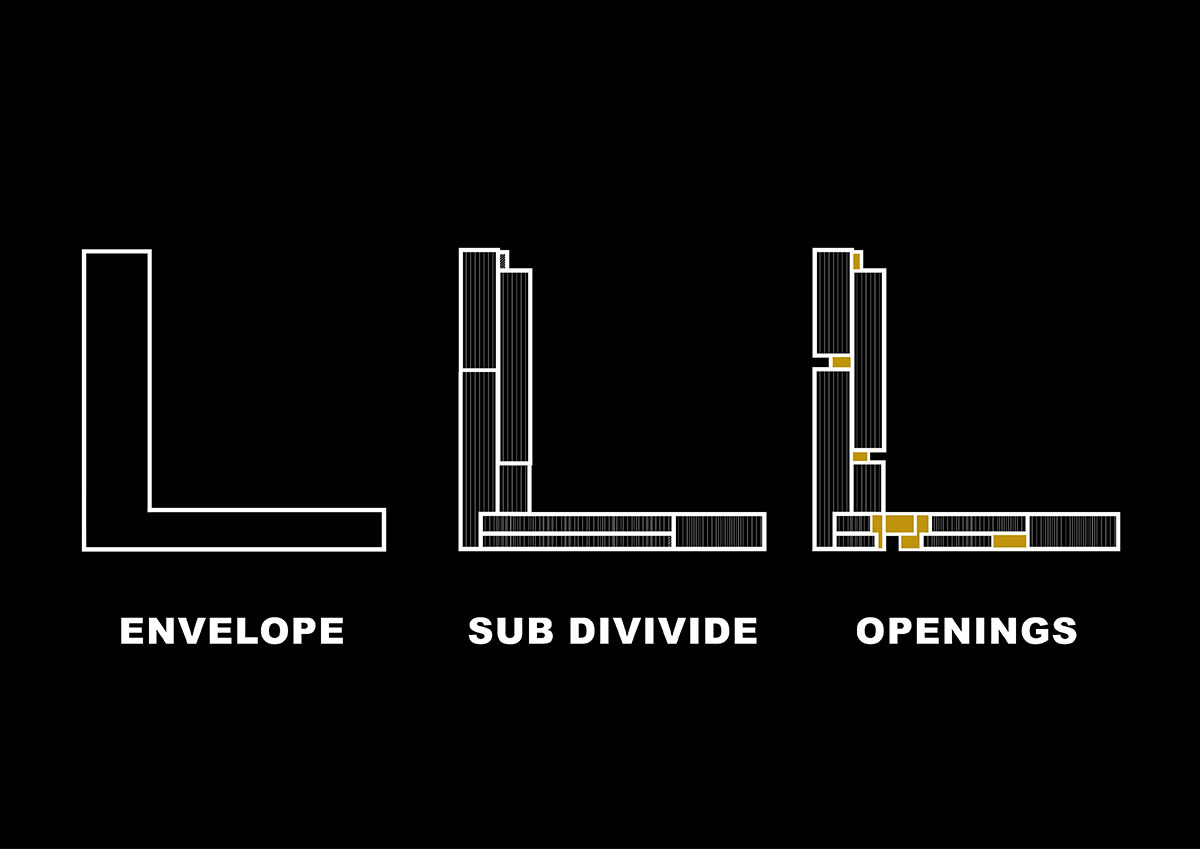 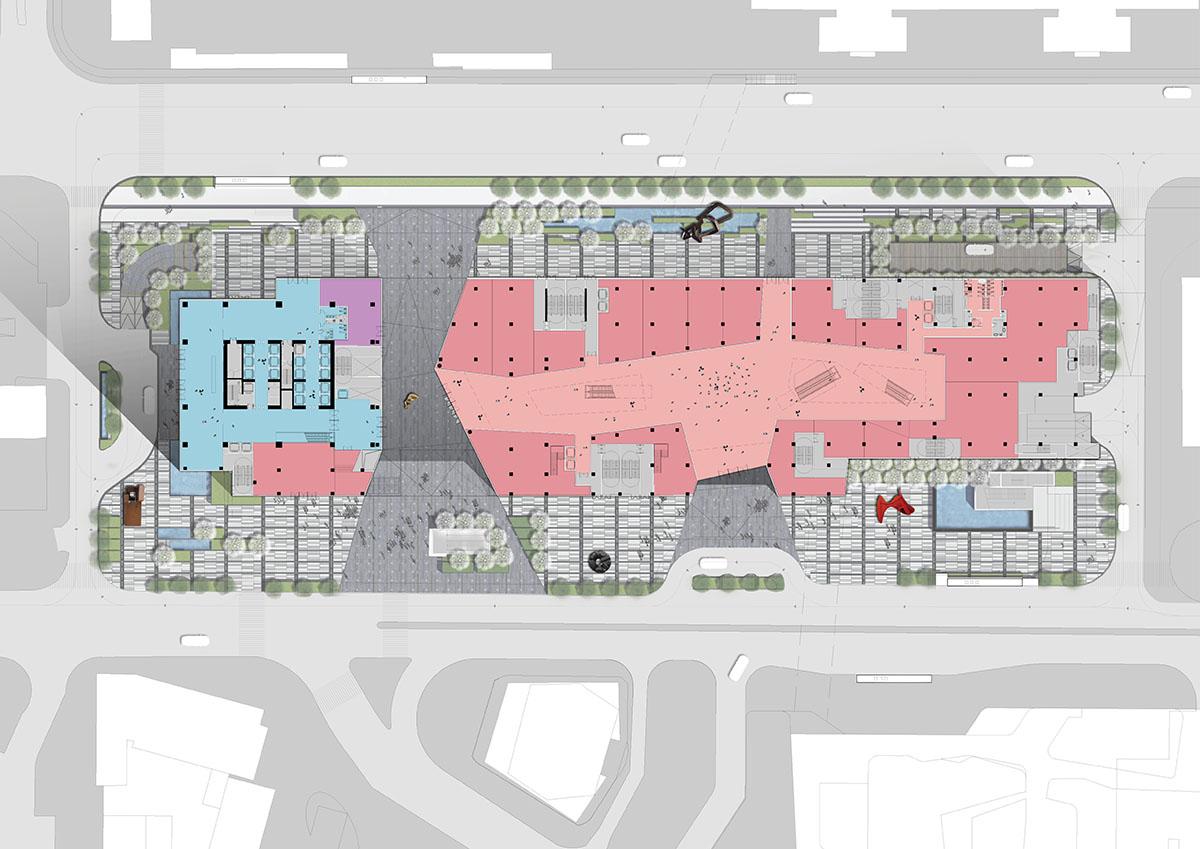 The project was led by David Gianotten and Bauke Albada. The local design consultant was Huasen. The building facade was developed in collaboration with Arup.