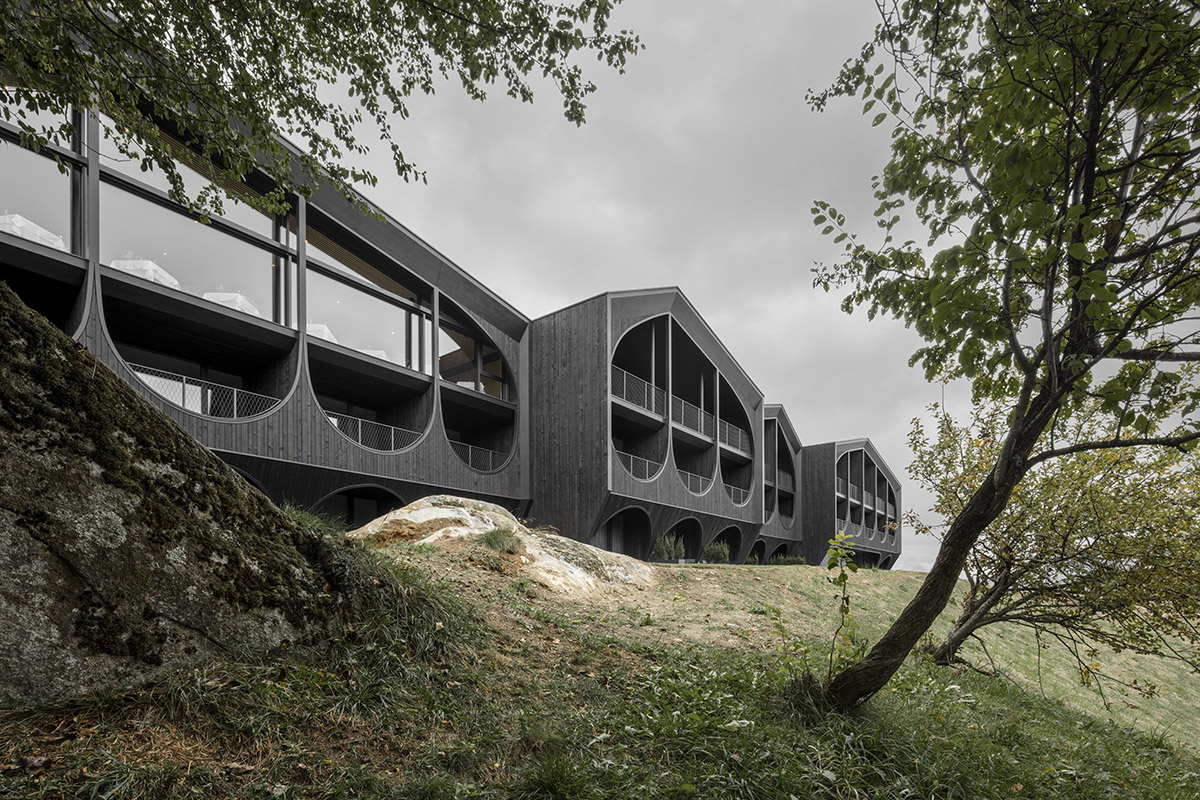 Milanese architecture studio Peter Pichler Architecture has designed a hotel that is dressed up with a black exoskeleton in Maranza, South Tyrol, Italy.

Named Hotel Milla Montis, the design of the new hotel addresses to the vernacular architecture of the region in which its curved, blackened wood façade design is inspired by a pitchfork used by local farmers in the region.

The 3,500-square-metre hotel emerges as a contemporary reinterpretation of a classic wooden barn derived from the region. The region is surrounded by meadows and fields and the well-shaped mountain of the small Alpine village, just above Puster Valley, which is a tourist destination well known for its marvelous hiking routes. 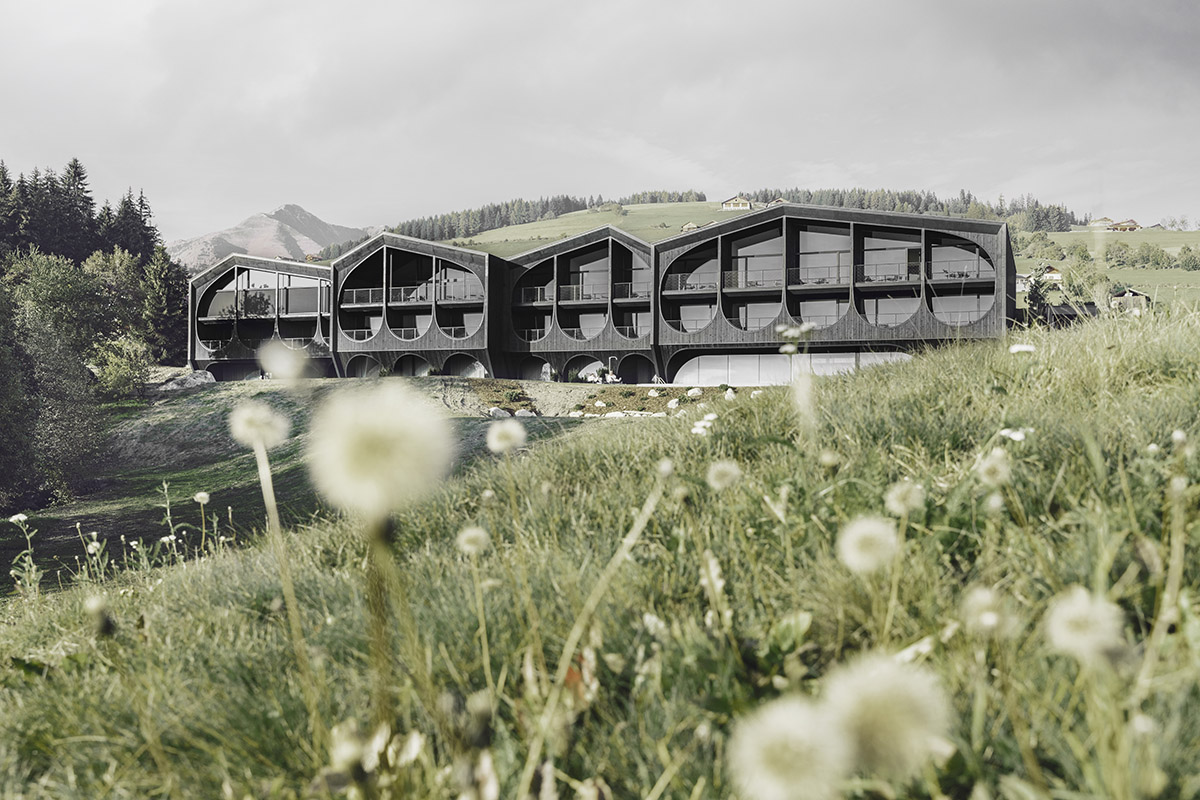 This rural environment has become inspiration for the project in which the architects reflected those contextual parameters into design with unique scenery and impressive panoramic views of the Dolomites Mountains. 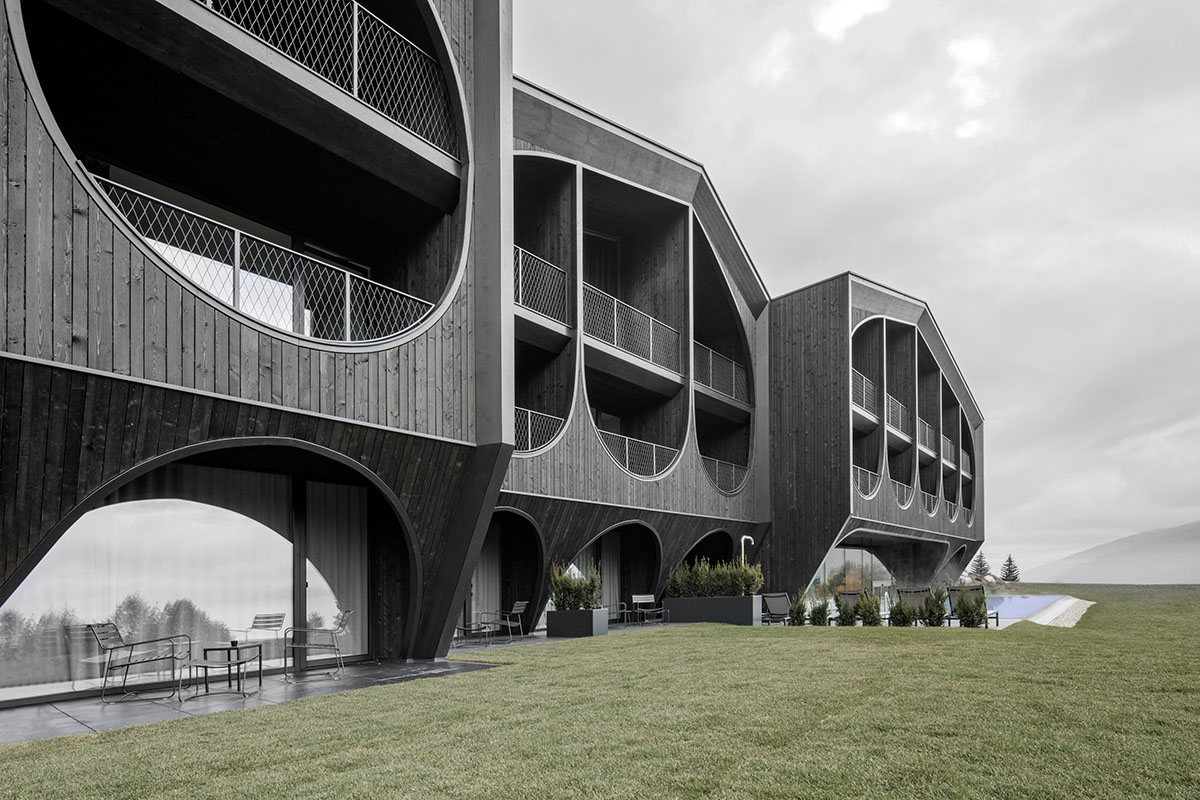 The architects created a curved shape for its exoskeleton façade that is inspired by a pitchfork used by local farmers. "Maranza is a small village in South Tyrol with a significate agricultural background," said Peter Pichler Architecture.

"The interiors are simple and functional, a timeless Alpine style." 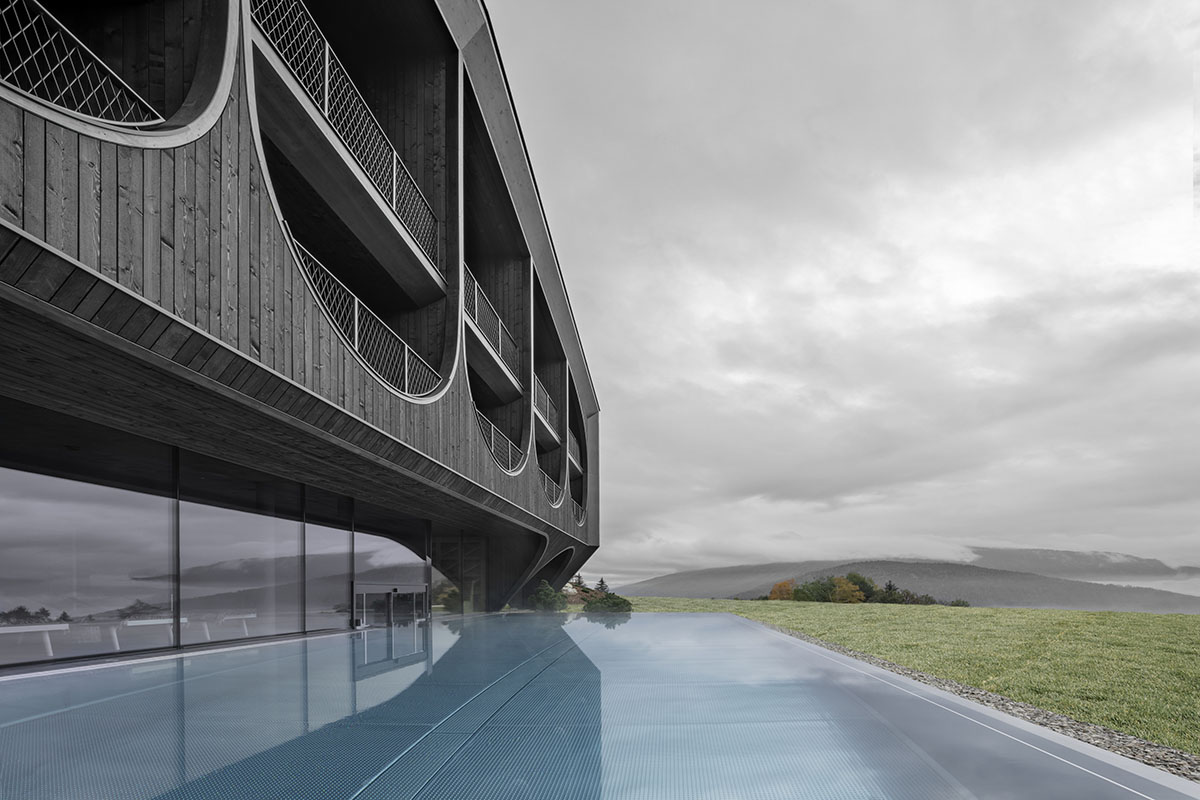 The architects combined Ash wood with typical green loden textiles, adding a dash of color giving continuity to the natural palette of the surrounding landscape. 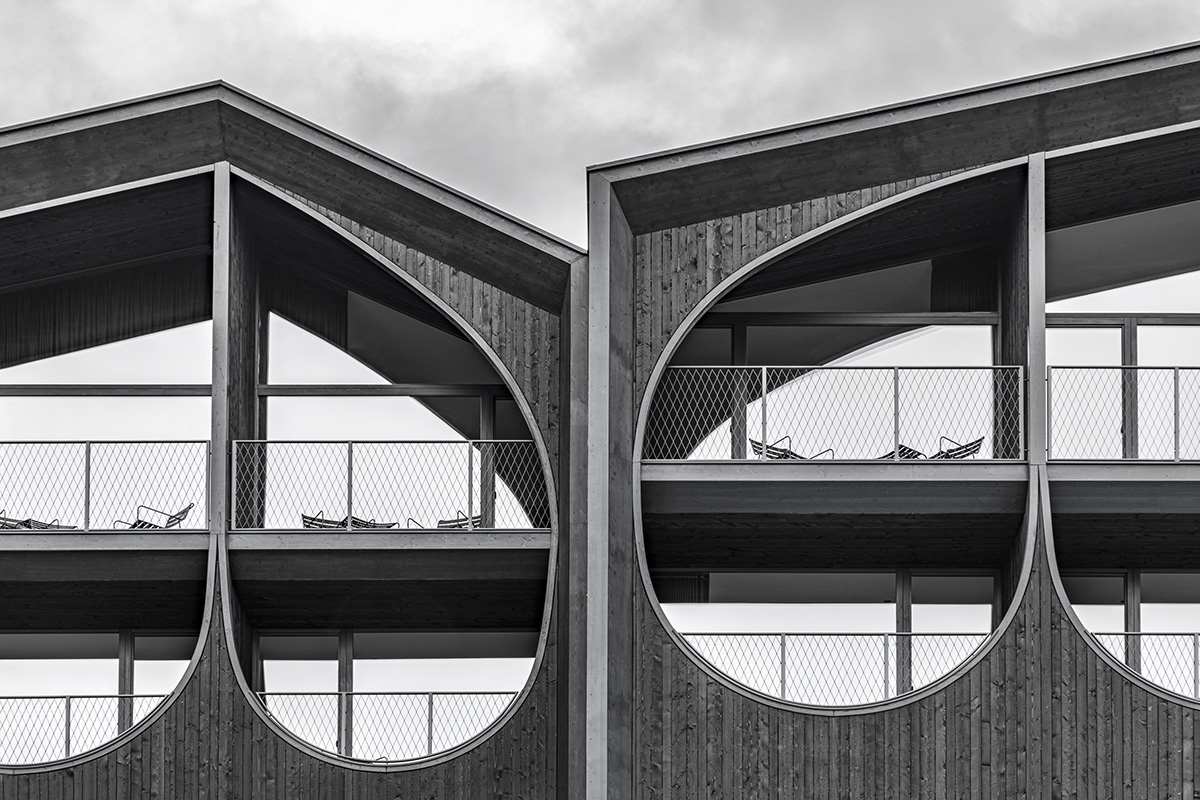 As the architects explain, wood is the main protagonist of this project, it is used both outside and inside, creating contrast with the exterior blackened wood and the interior lightwood. 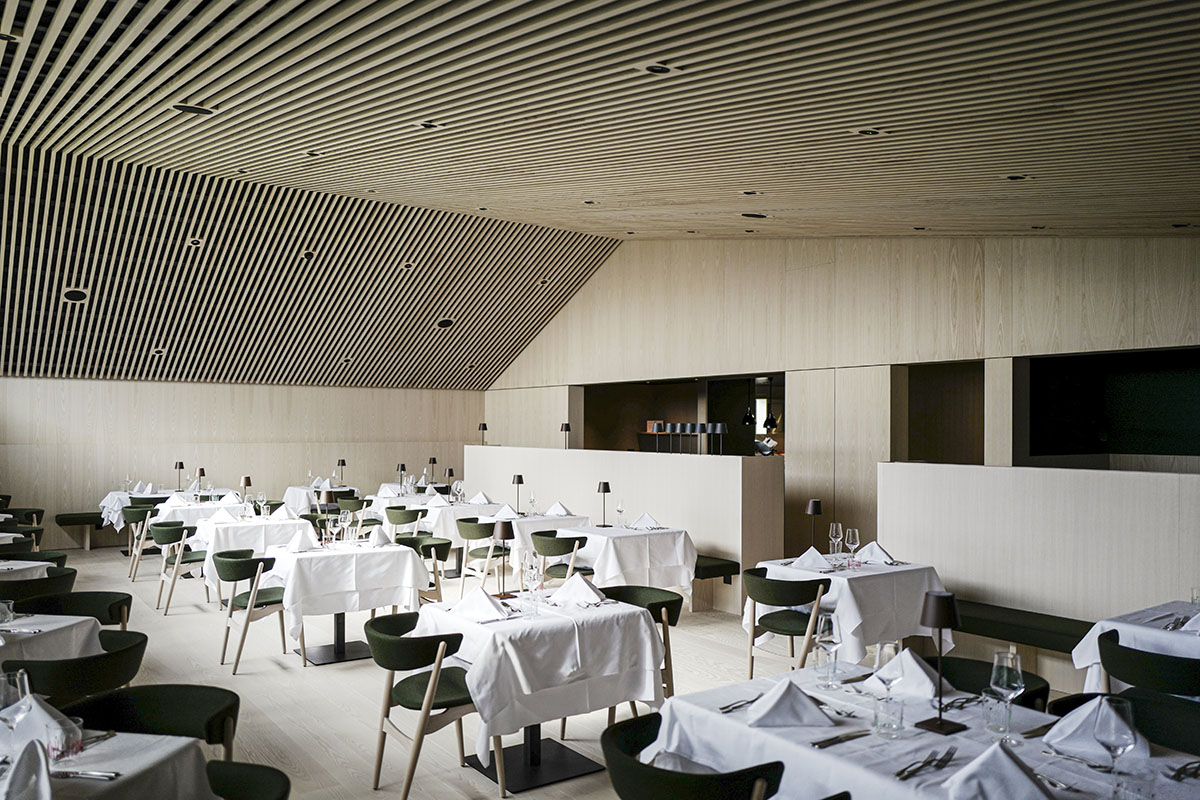 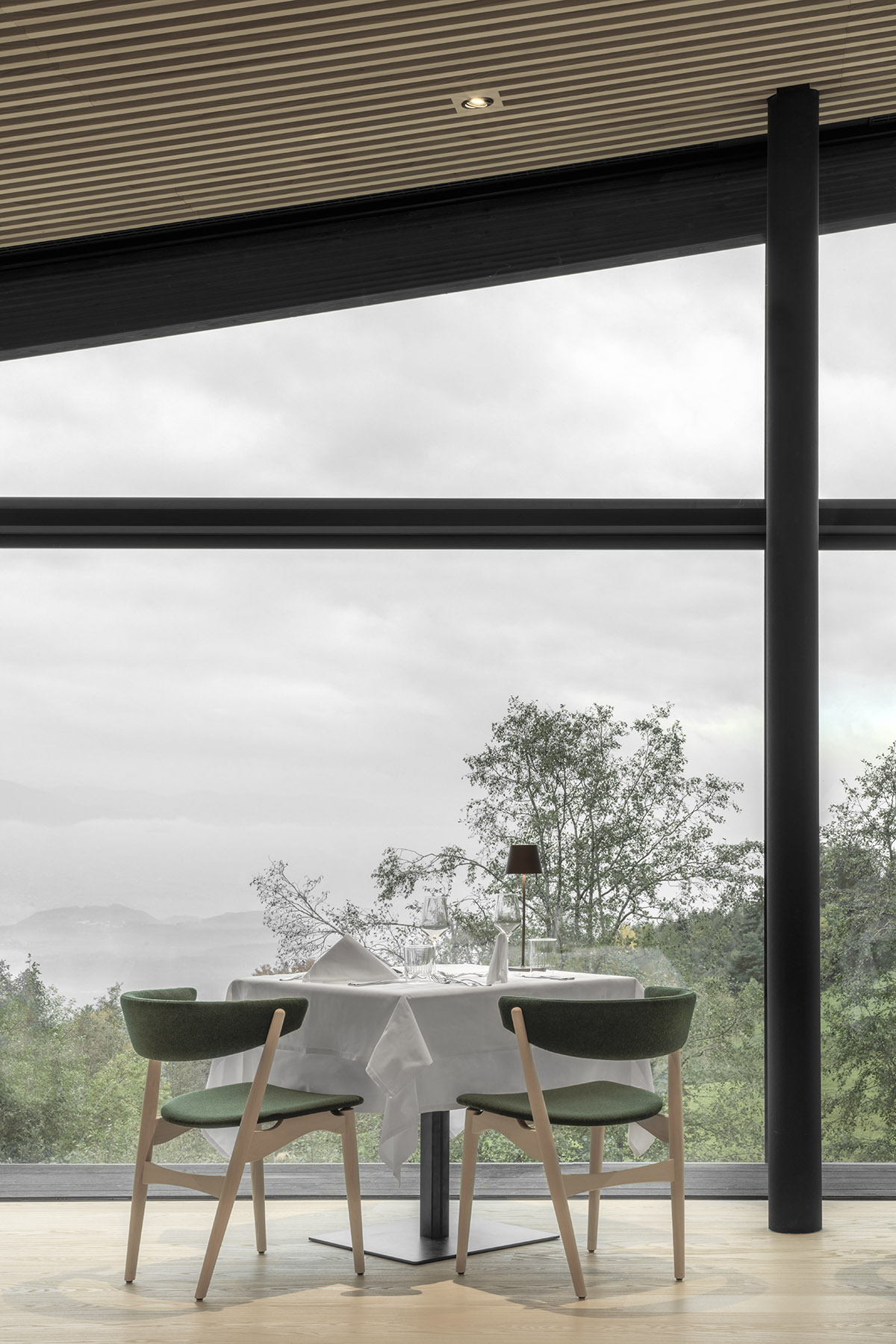 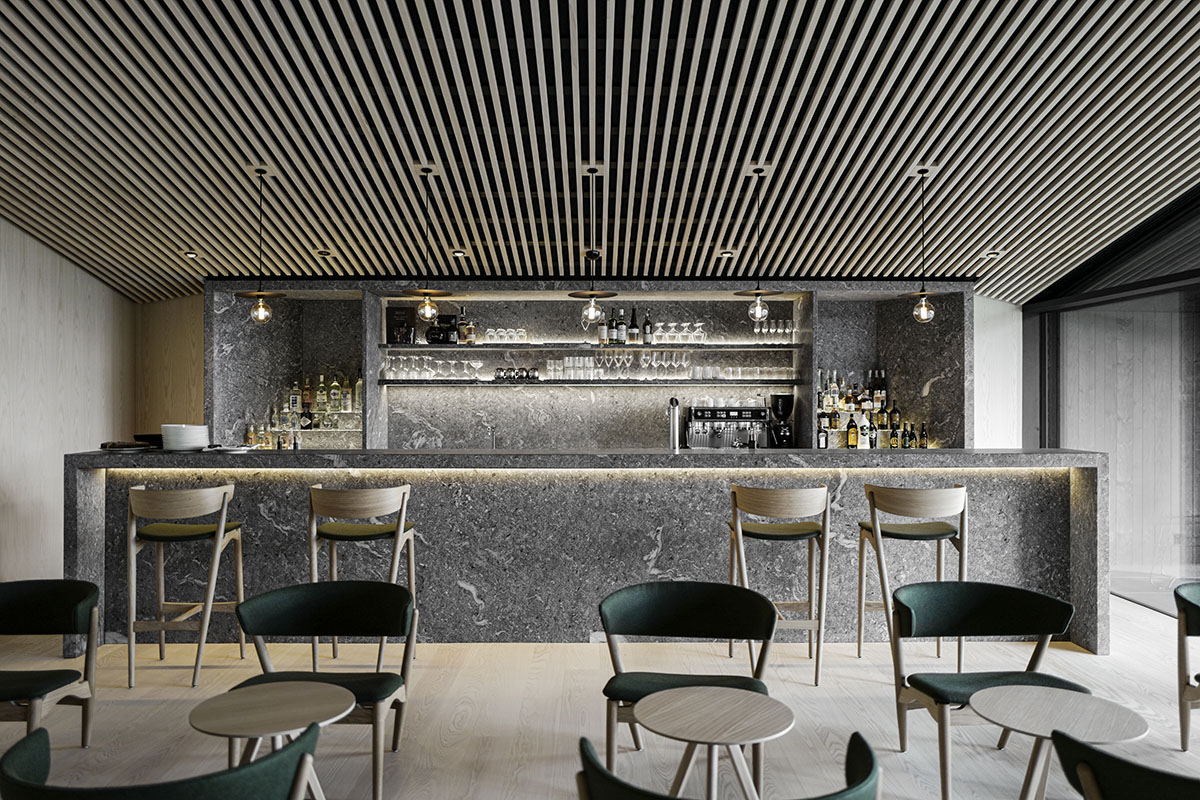 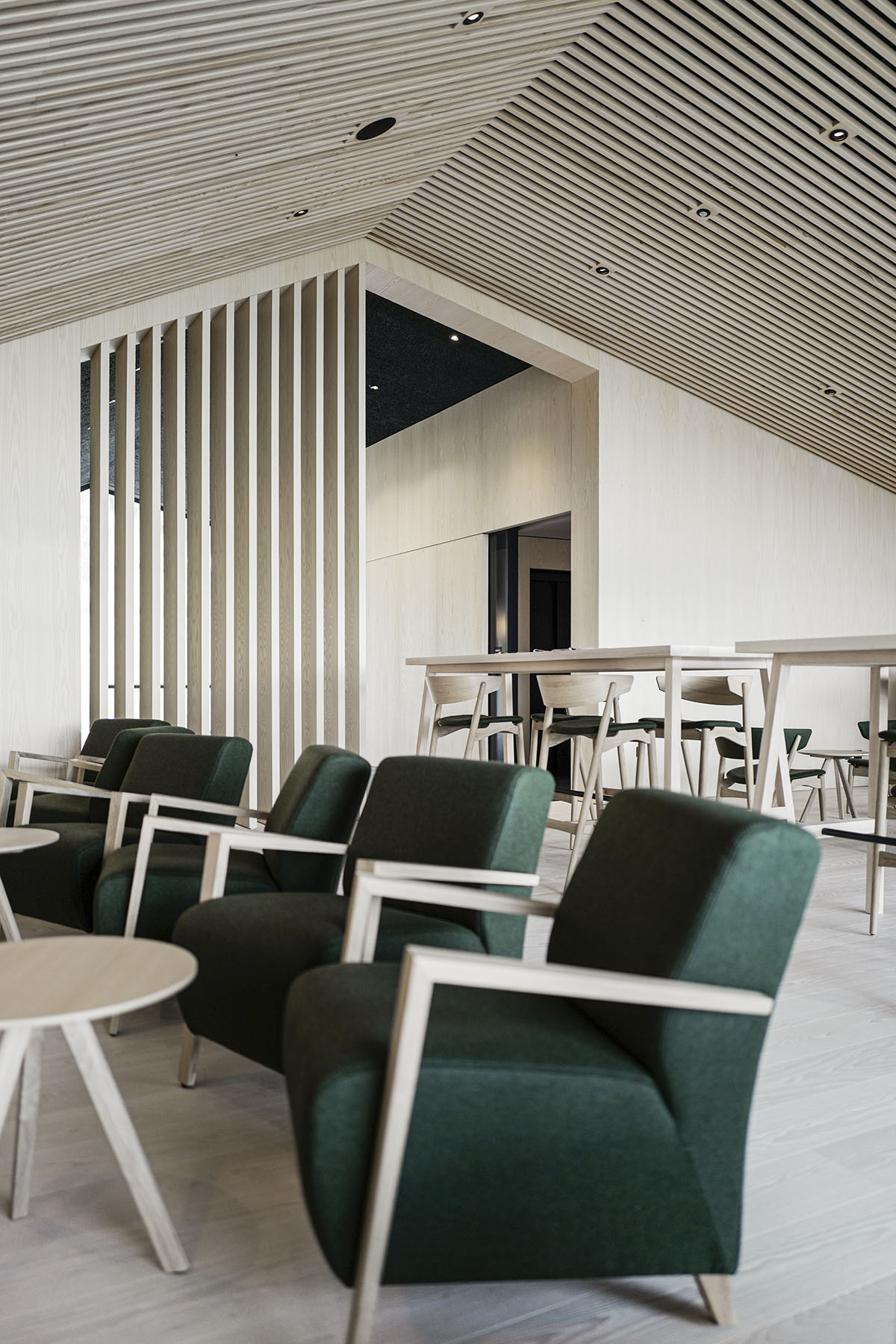 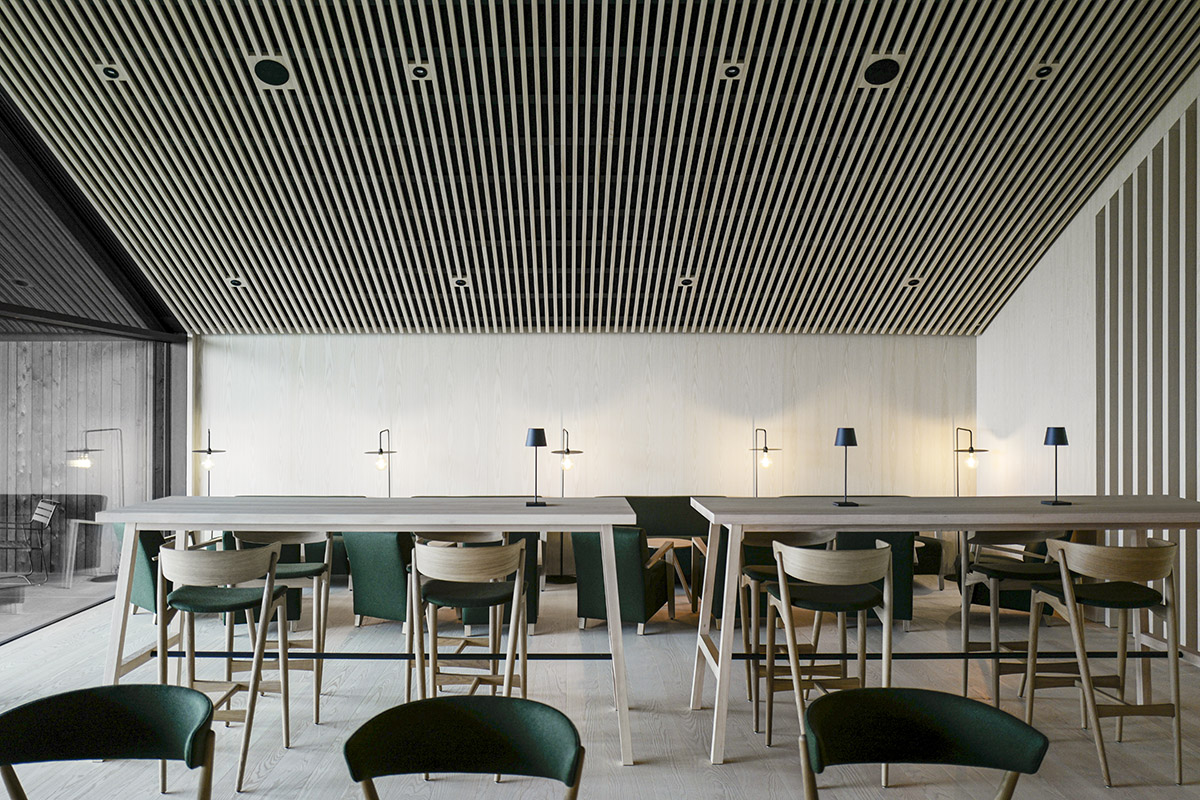 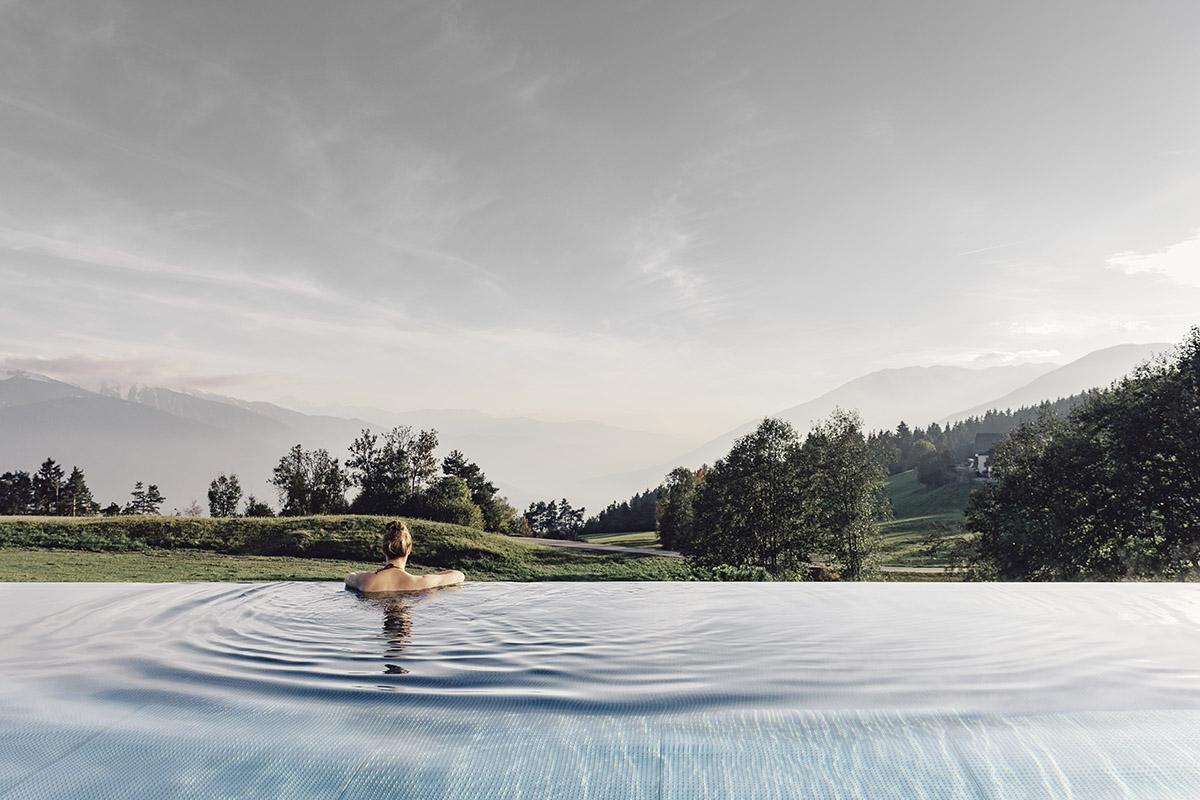 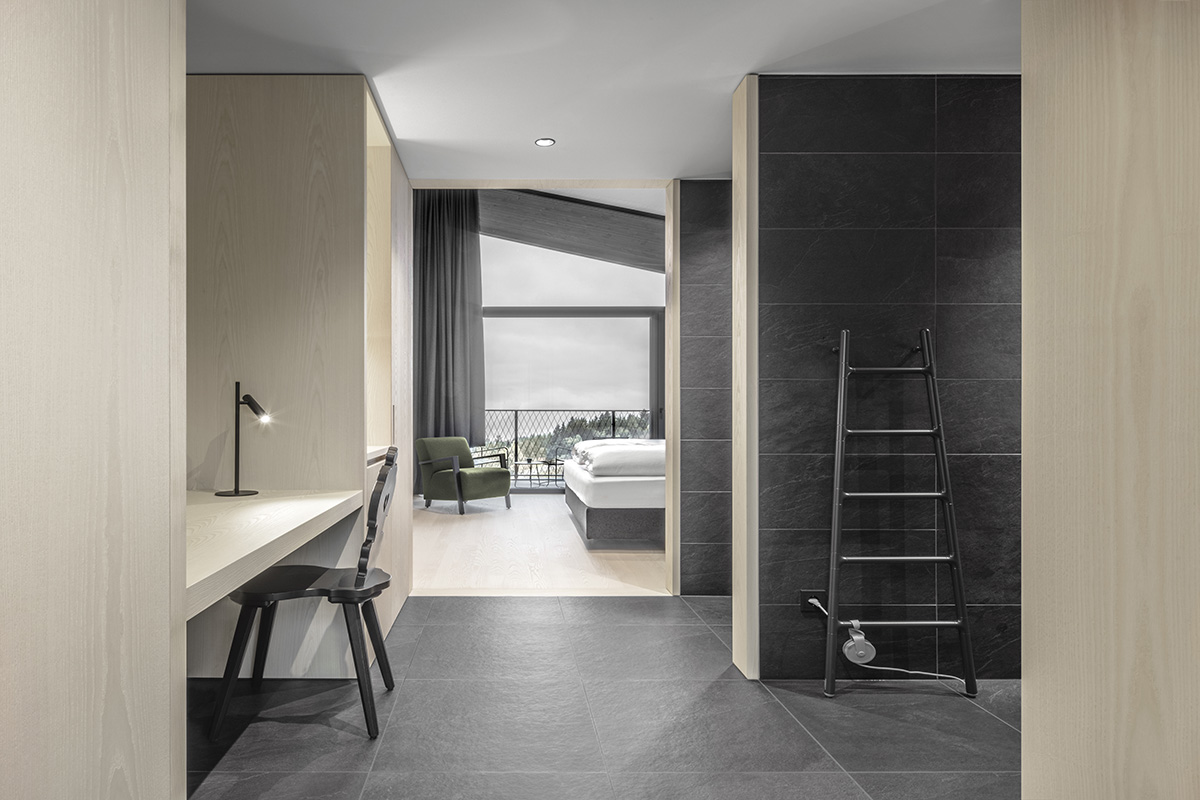 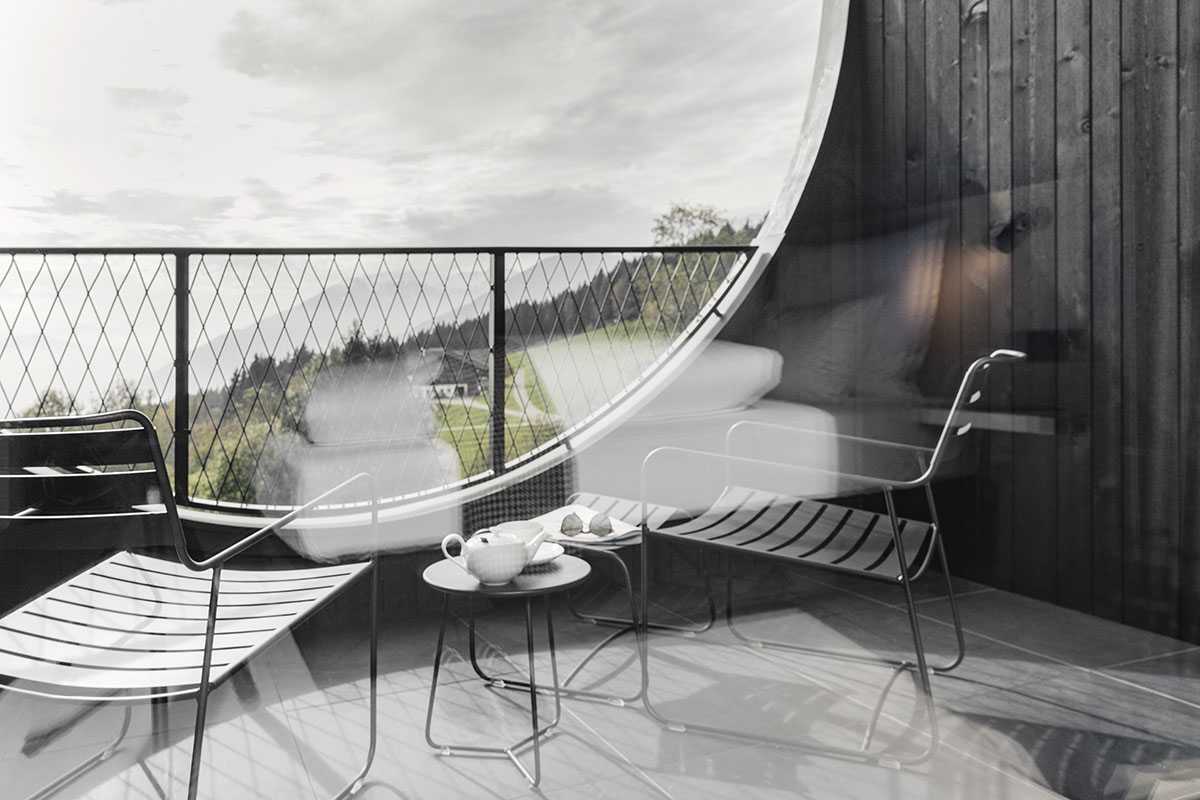 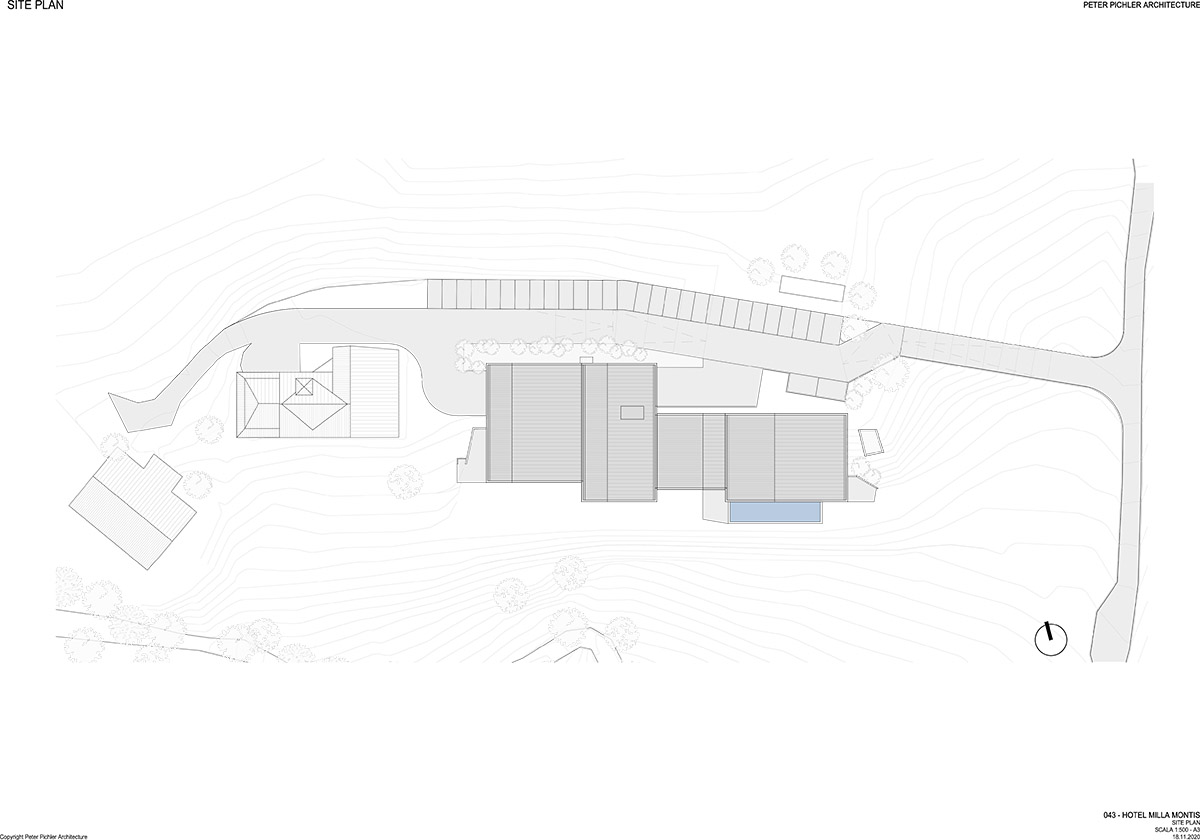 Peter Pichler Architecture was founded by Peter Pichler and Silvana Ordinas in 2015 in Milan. The studio previously revealed design for luxury suites with diagrid structures ensuring privacy in forest in Austria. The firm also revealed images for sustainable tree houses in a wild forest of West Virginia.