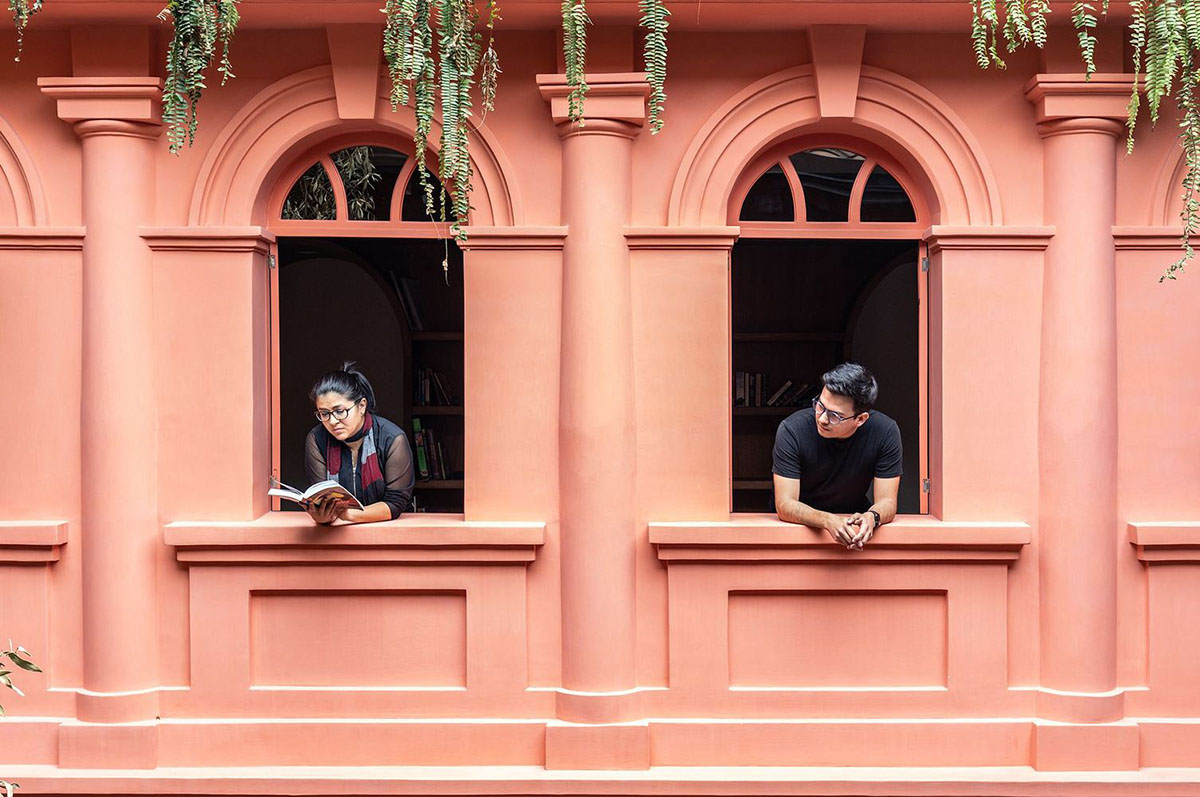 Quito and Valencia-based architecture practice nicolas&nicolas has converted an old building into a vivid boutique hotel with pinkish walls, colorful interiors and a new central courtyard in the colonial center of the city of Quito, Ecuador.

Named República Rosa Boutique Hotel, the 700-square-metre hotel was transformed from a building dating from 1890 when a Spanish citizen bought the property from the Ecuadorian state.

In the renewed version, the hotel presents an intimate atmosphere with pink walls, tile roofs, wooden floors and mosaic floor in the central courtyard. Accommodating 11 rooms in total, the transformation has given a new identity to the building, according to the studio. 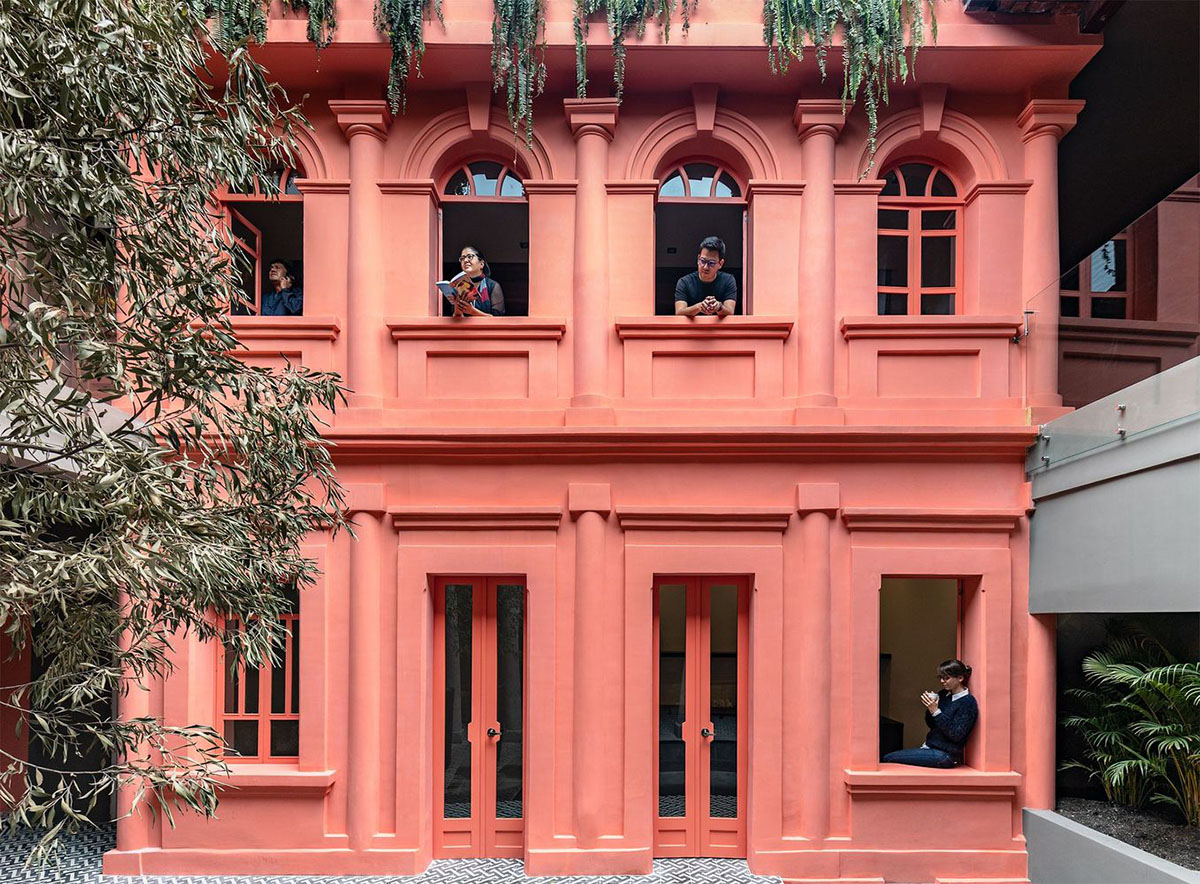 "Since then, this house has undergone a process of adaptation and transformation of various uses, extensions, and modifications throughout its history," said nicolas&nicolas.

"The client's requirement was to create an 11-room hotel that rescues some of the elements of the republican architecture of Quito but somehow make it “different” from the other boutique hotels with its own identity." 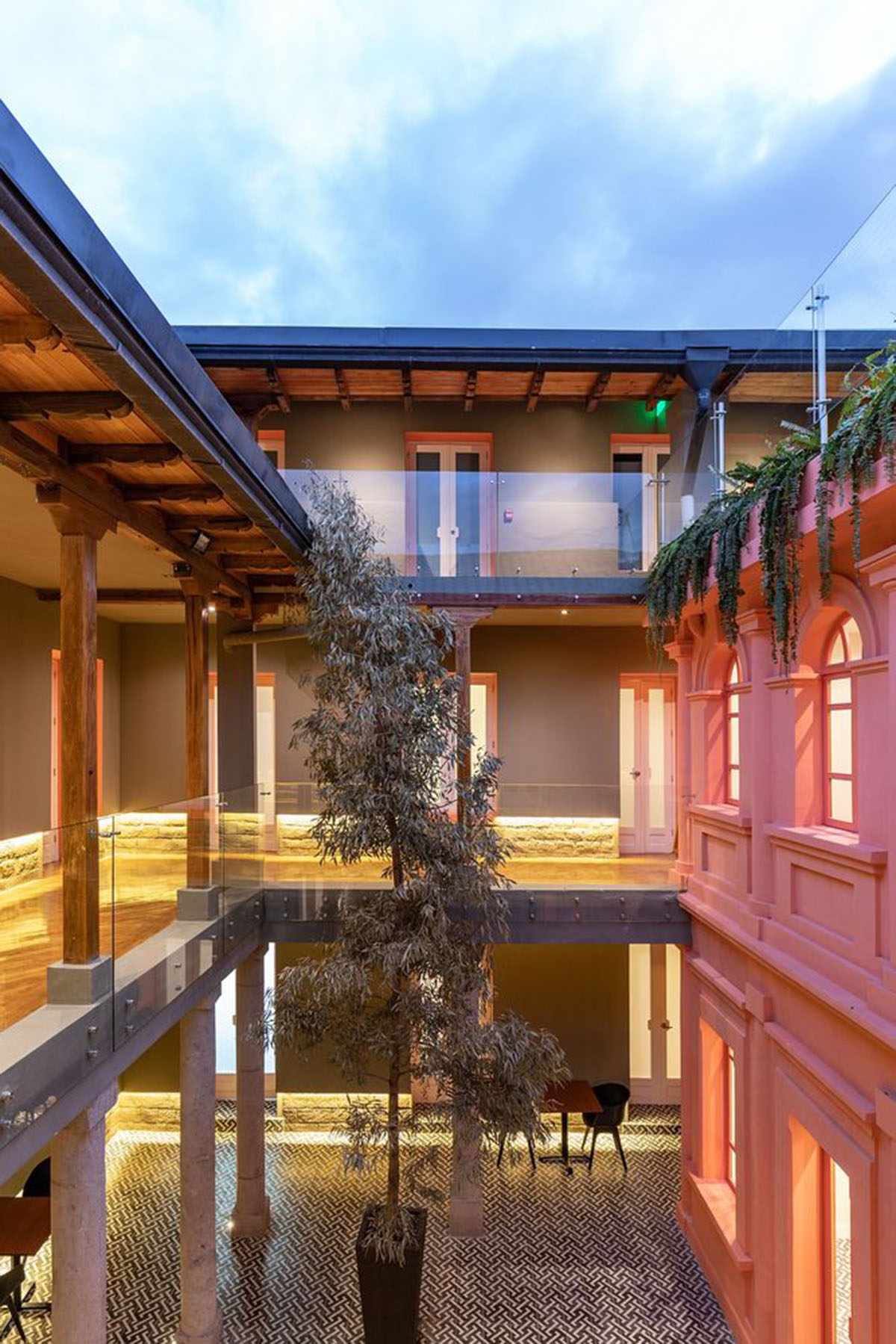 The property is part of the Cultural Heritage of Humanity by UNESCO and was turned it into an important piece for the city and the hotel sector.

The building's distinctive pink facade is a republican elevation facing the central courtyard. "The idea of giving an identity to the hotel caused this facade to be carefully renovated so that the details of curves, reliefs, moldings, edges with its windows and doors are the pink monochrome internal setting that reflects joy and creativity," added the architects. 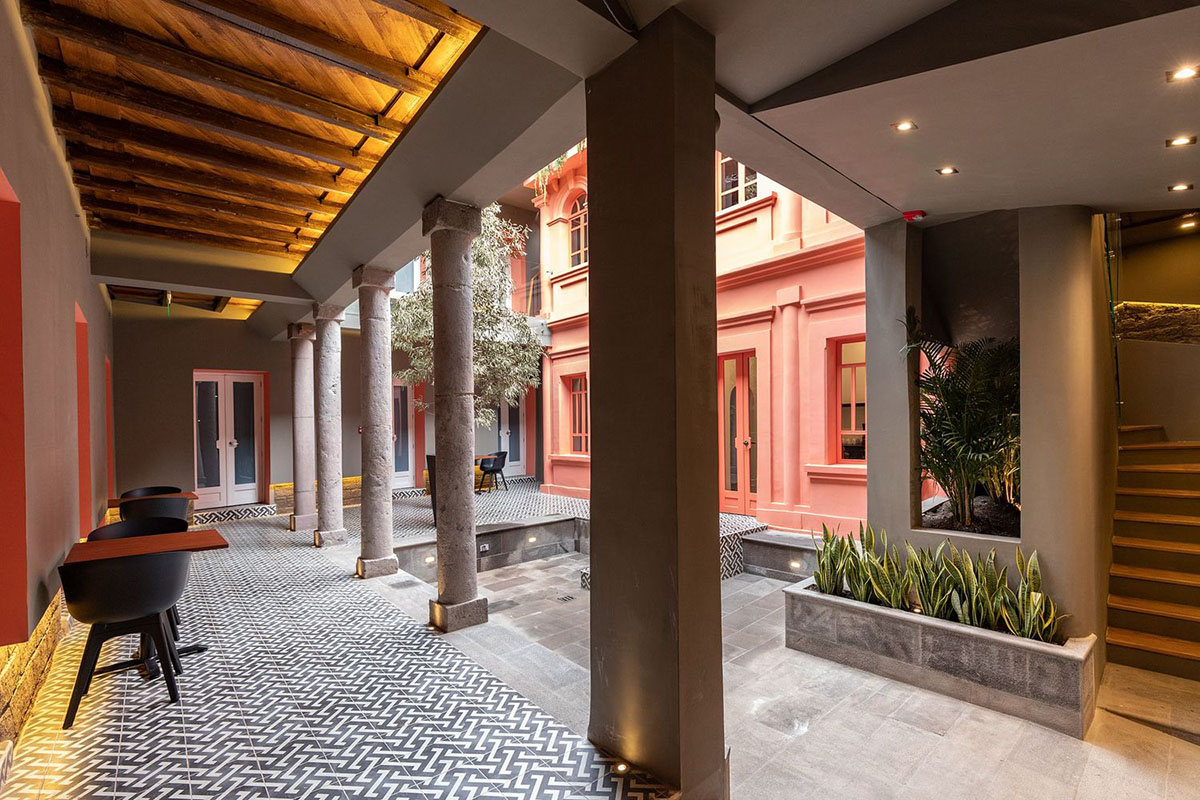 The architects restored some original elements of the house such as adobe walls, tile roofs and wooden floors, added other new pieces like coatings and flooring and reinterpreted others.

They created a distinctive and unusual internal façade that overlooks the central courtyard. 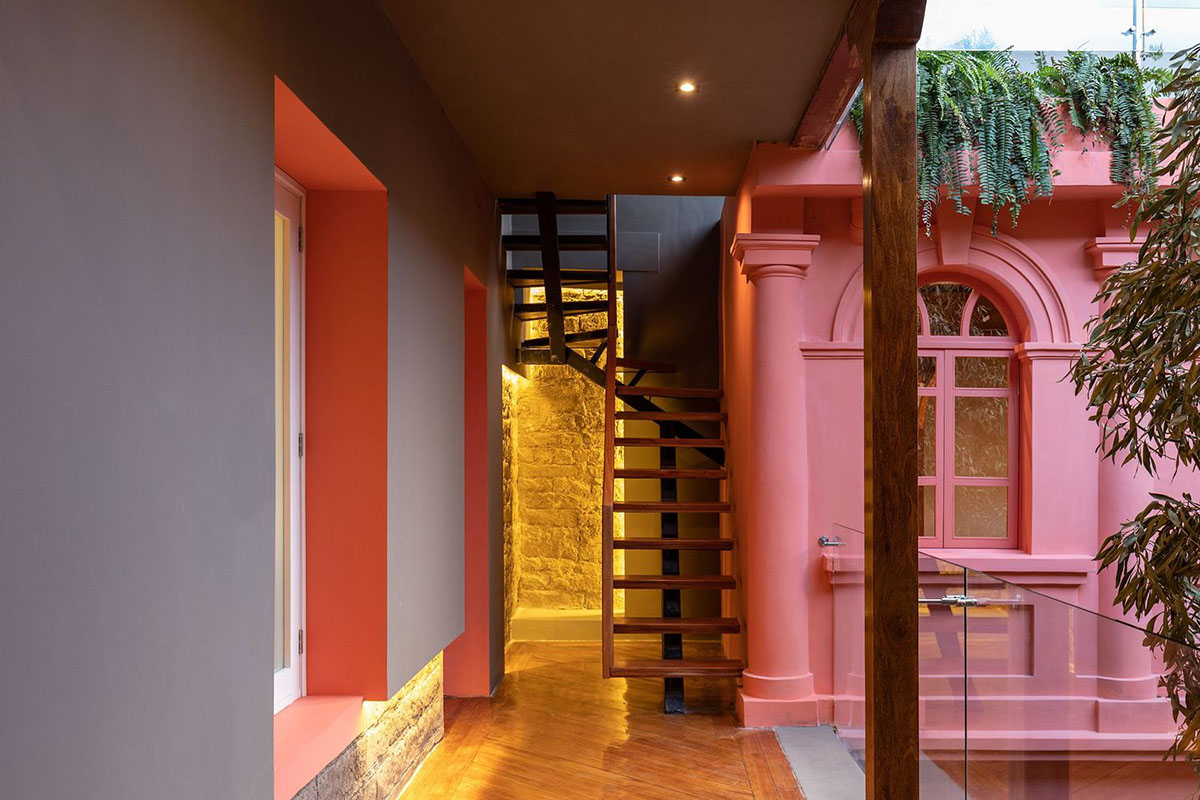 "Throughout its history and transformations, the walls of the house had several layers of paint, dirt and stucco," continued the studio.

"When the restoration work of the internal façade began, which is undoubtedly the main element of the project, all the colors that were part of its interior design came to light." 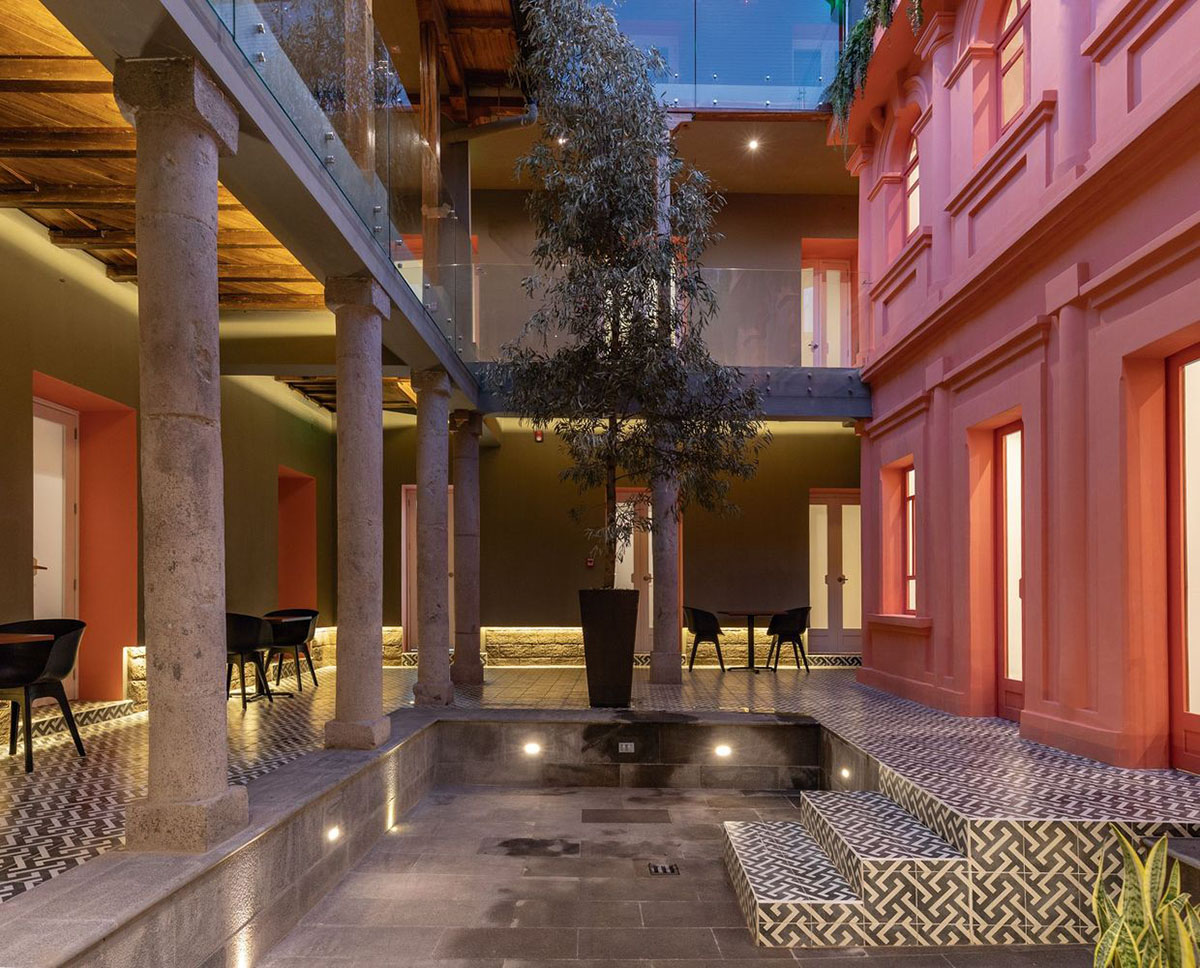 Among them a salmon tone, the same one that was selected as the main color of the new identity. Around the internal façade is the central courtyard typical of this period, which was restored and designed to be the main space that houses all the social activities of the hotel. 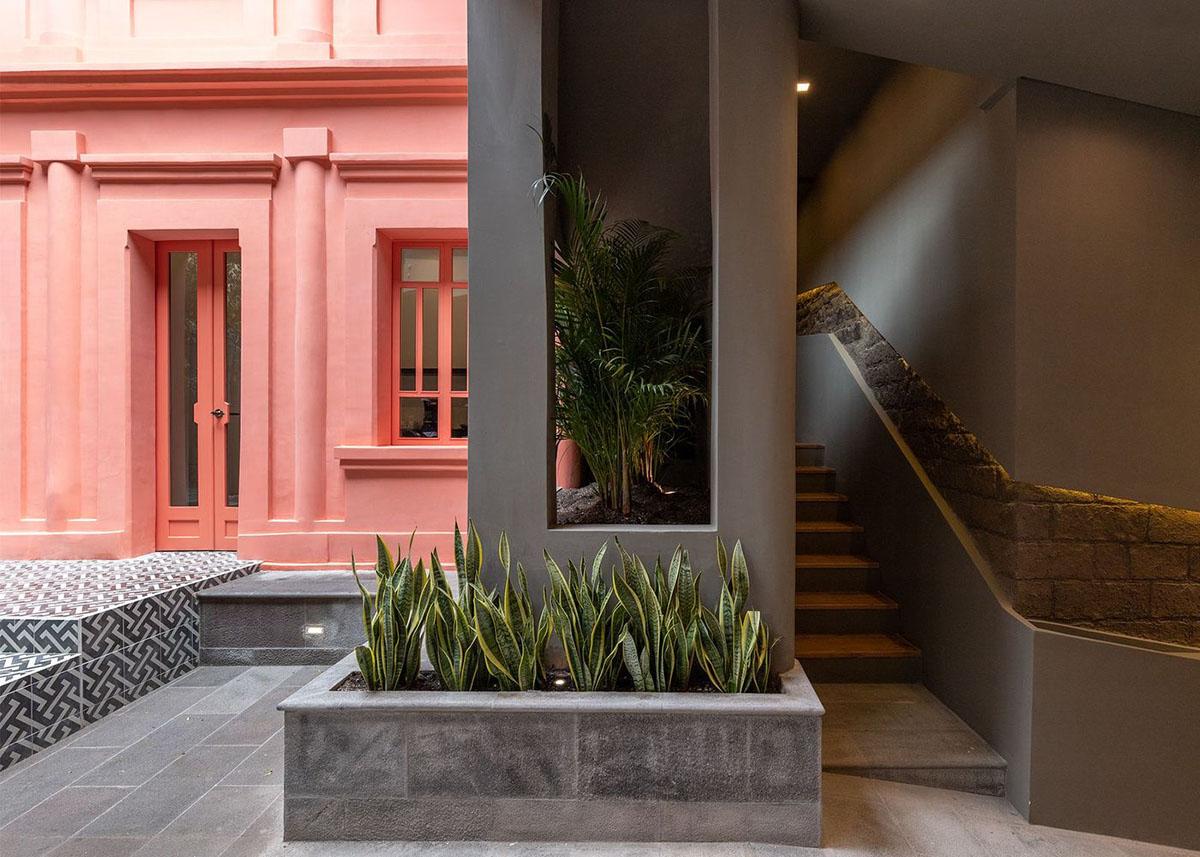 The architects applied a new mosaic on the floor to give a modern and fresh touch in the interior. The walls surrounding the courtyard were covered with plasterboard to accommodate all the new installations without affecting the bearing adobe walls which were also restored to create exposed details of the original material of the house.

The rest of the walls and ceilings were painted dark gray to create an opaque environment that contrasts the internal salmon-colored facade. On the other hand, the rooms had to respond to the current need of a hotel to be flexible and able to transform its rooms according to demand.

For the hotel rooms, the studio worked with local artisans in order to maintain the same language with custom-designed furnitures, which transformed a single room into a double in a few minutes. 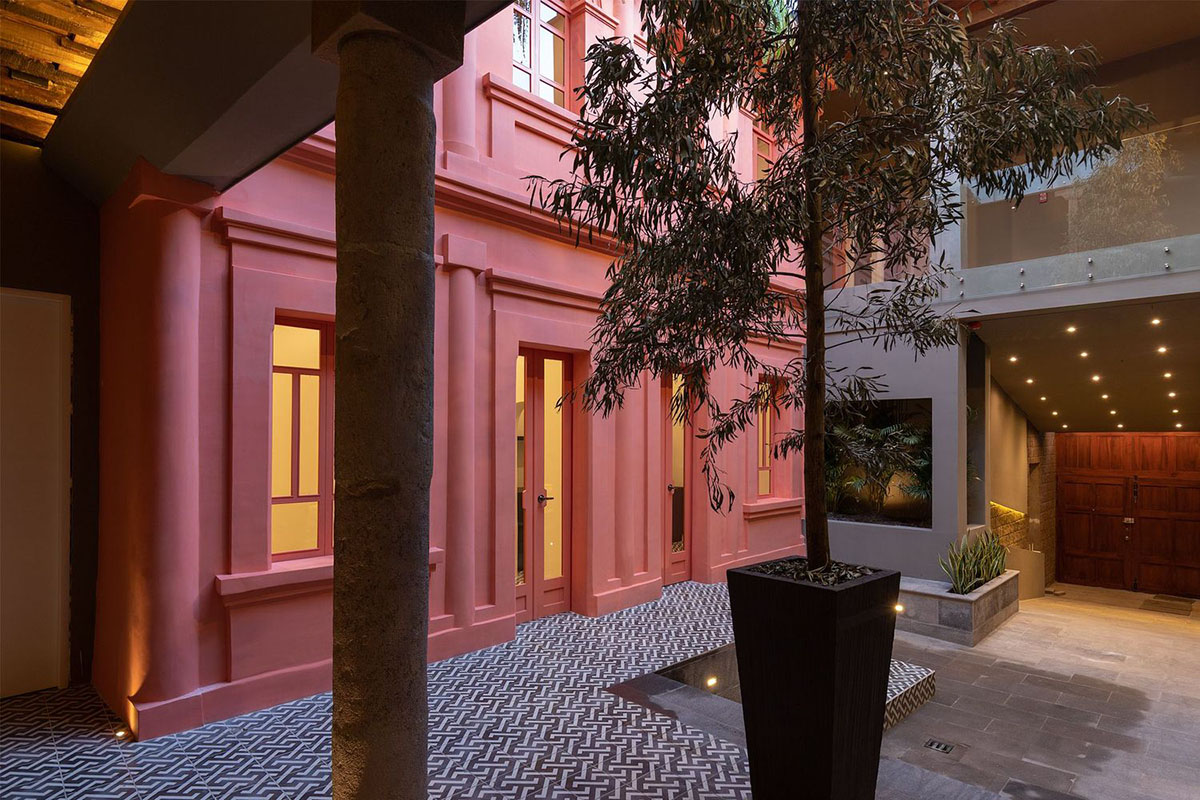 The original wooden floors and adobe walls were restored but also a new lighting design was implemented that creates a cozy atmosphere. 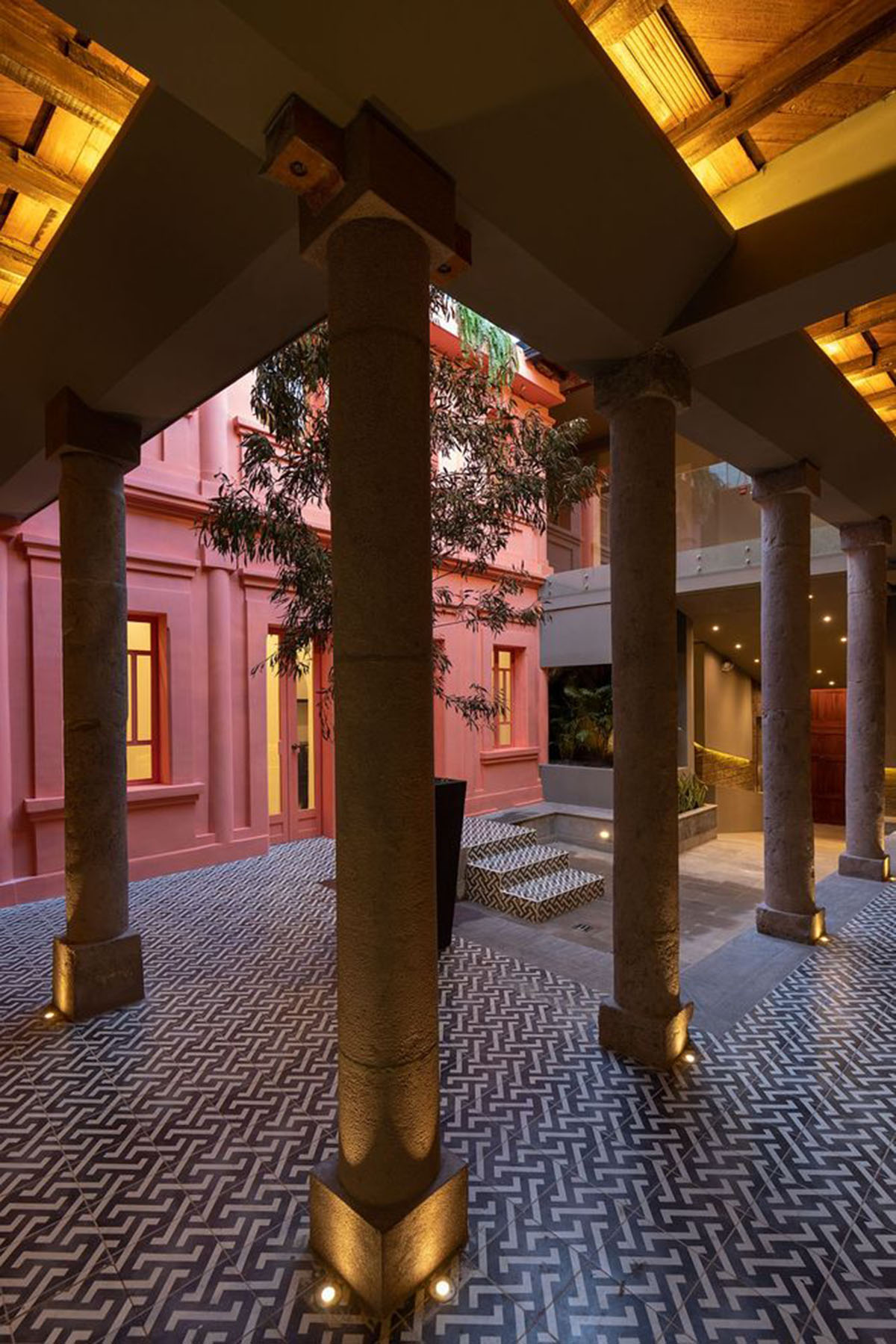 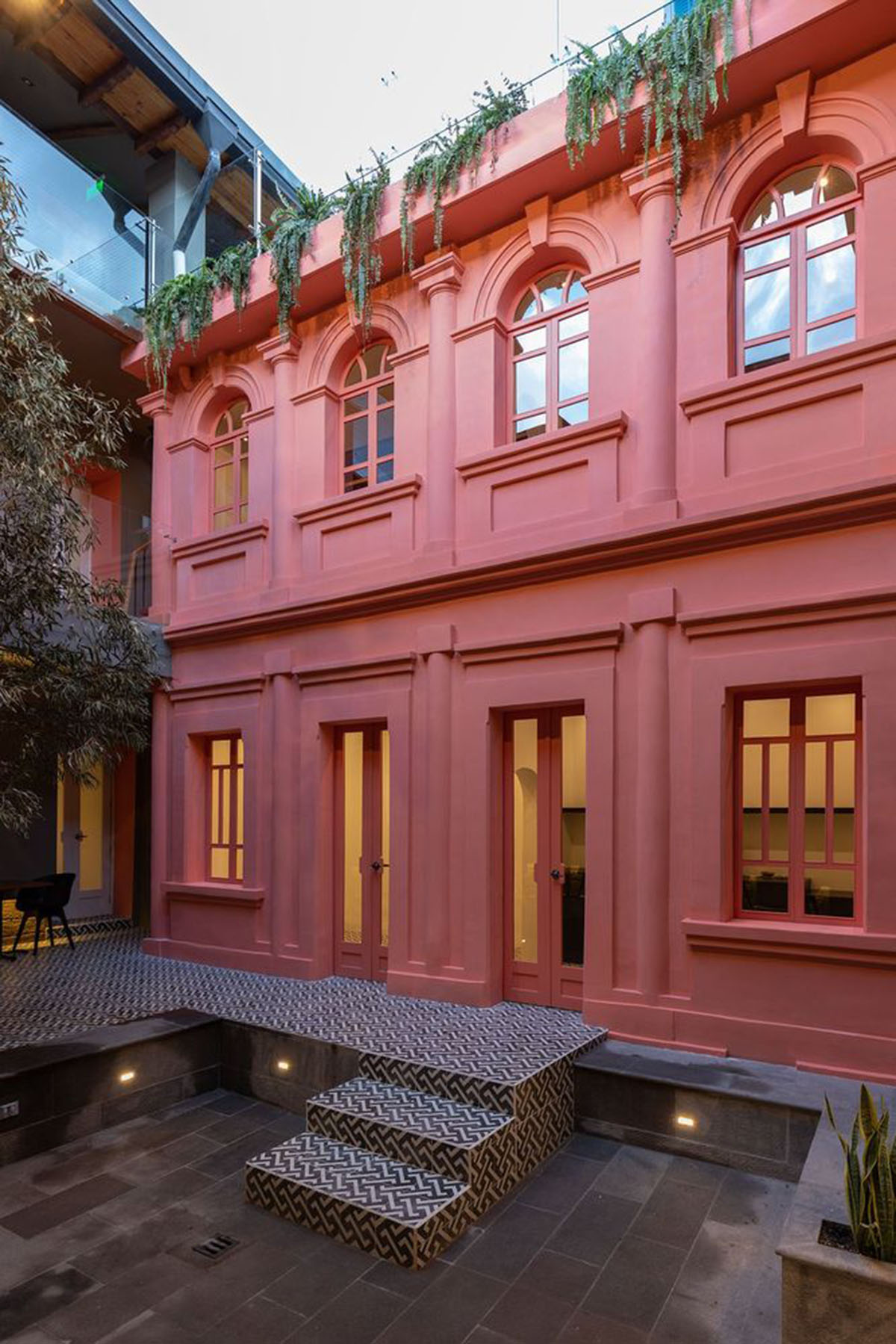 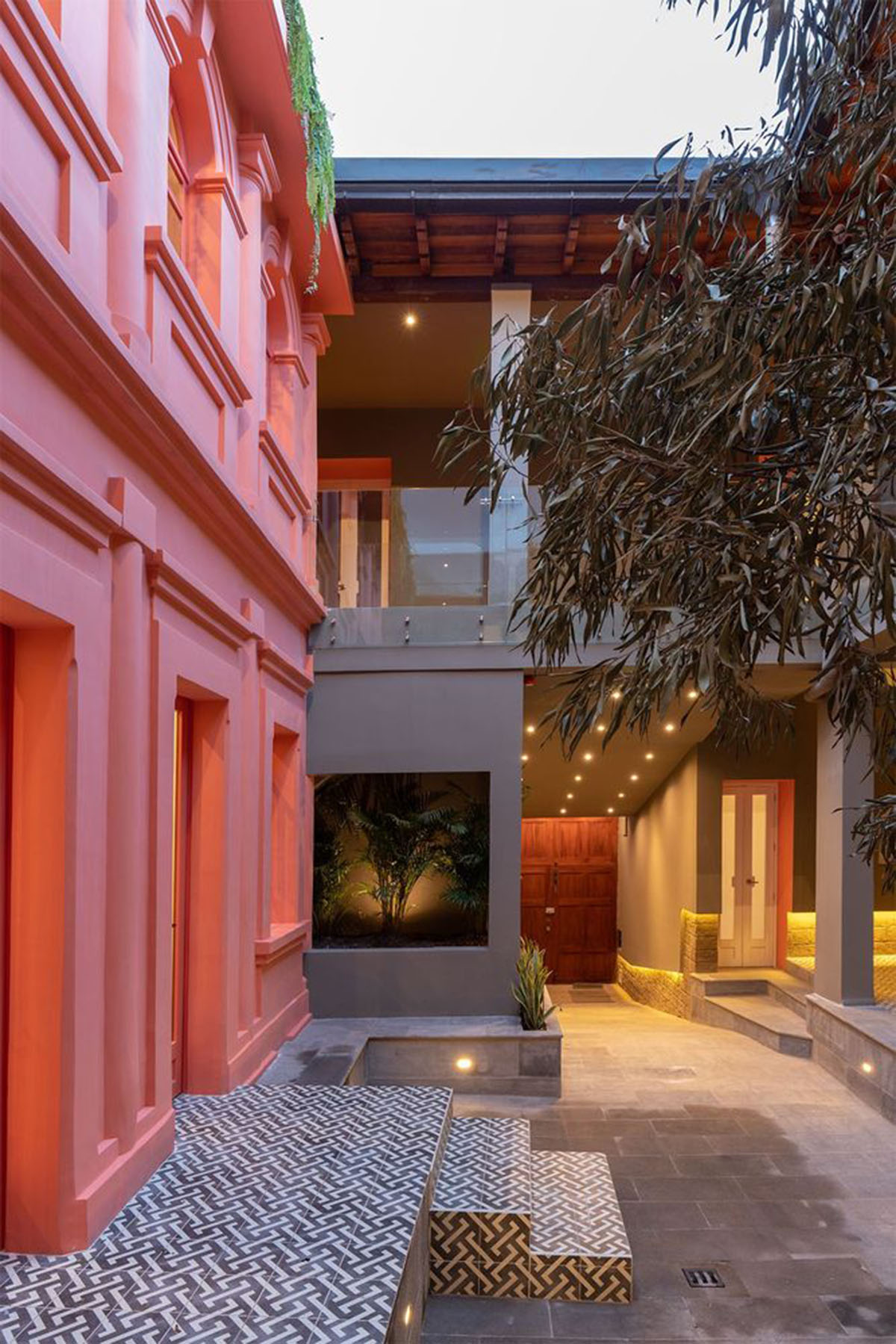 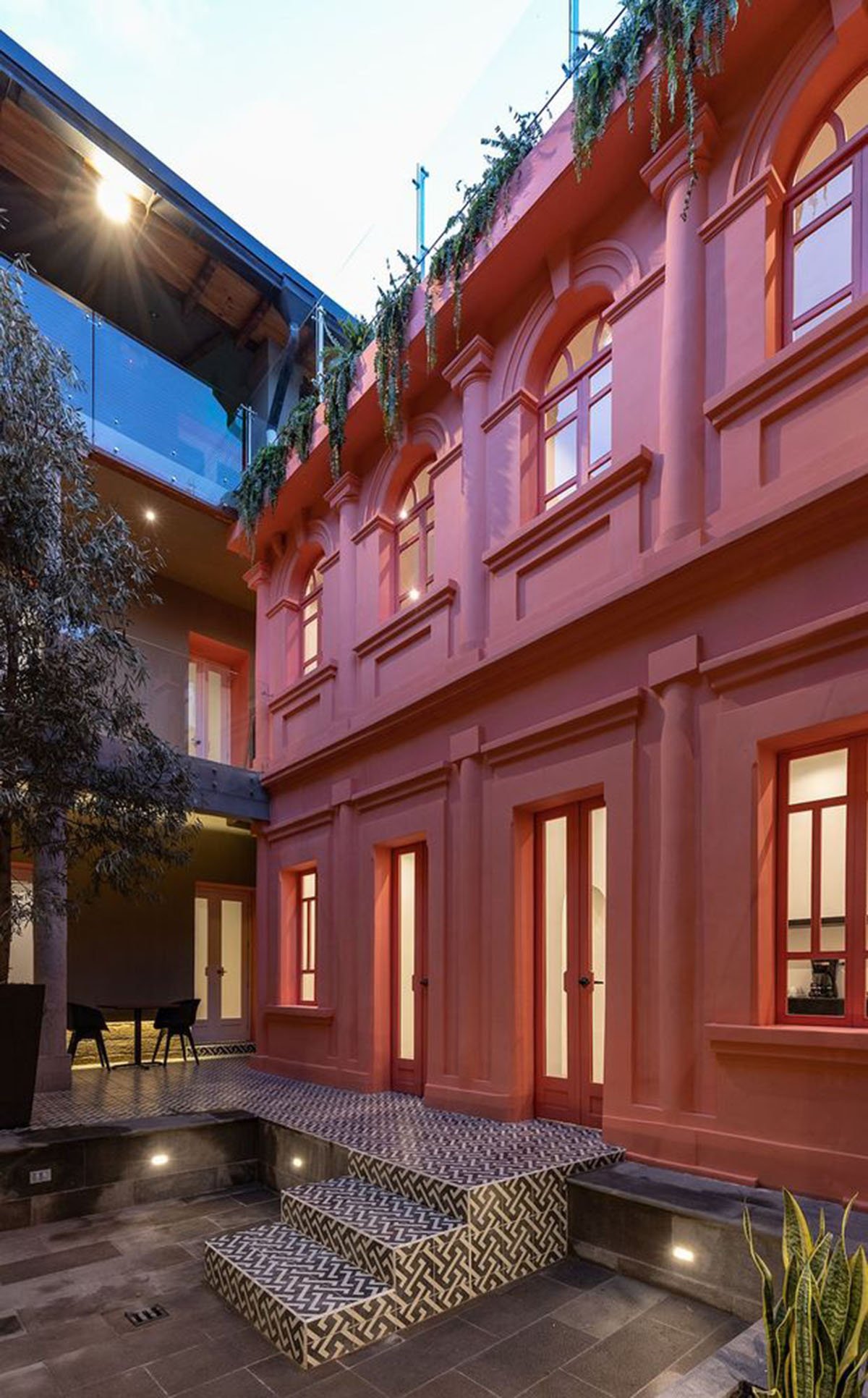 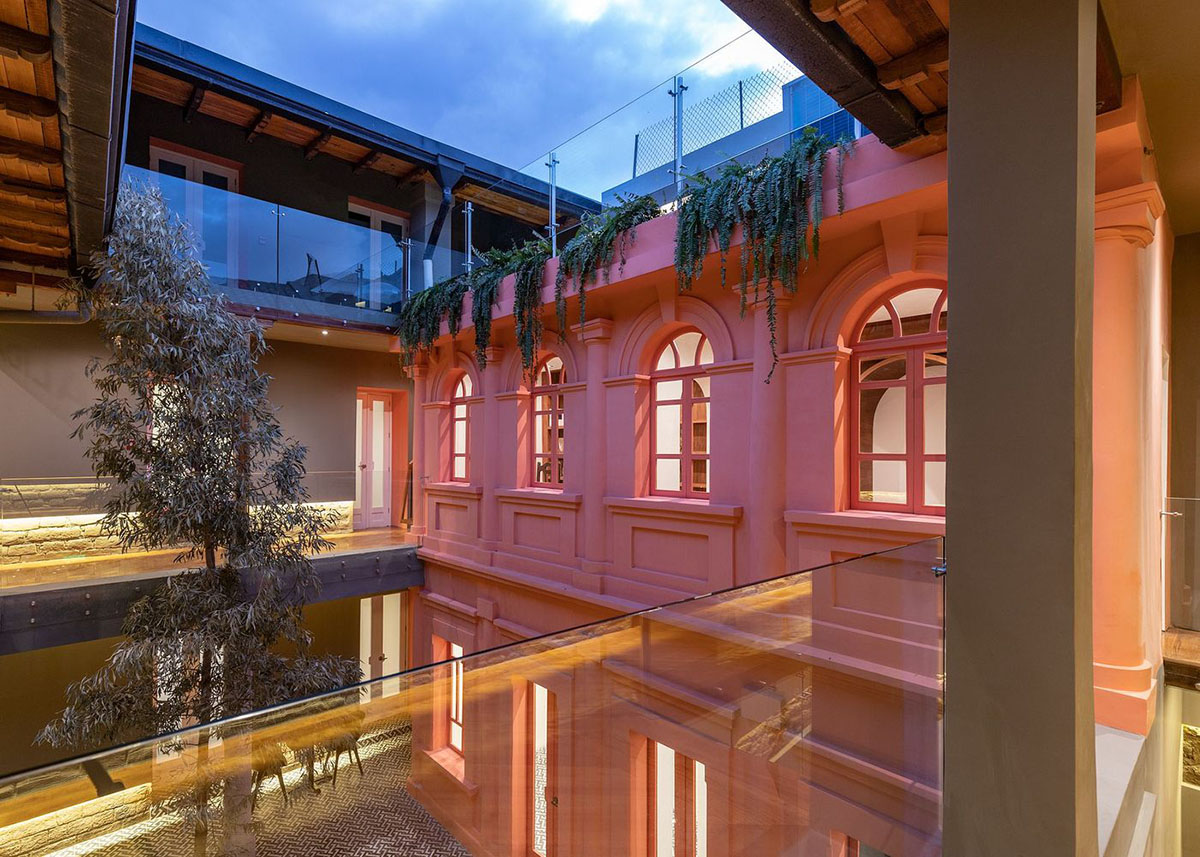 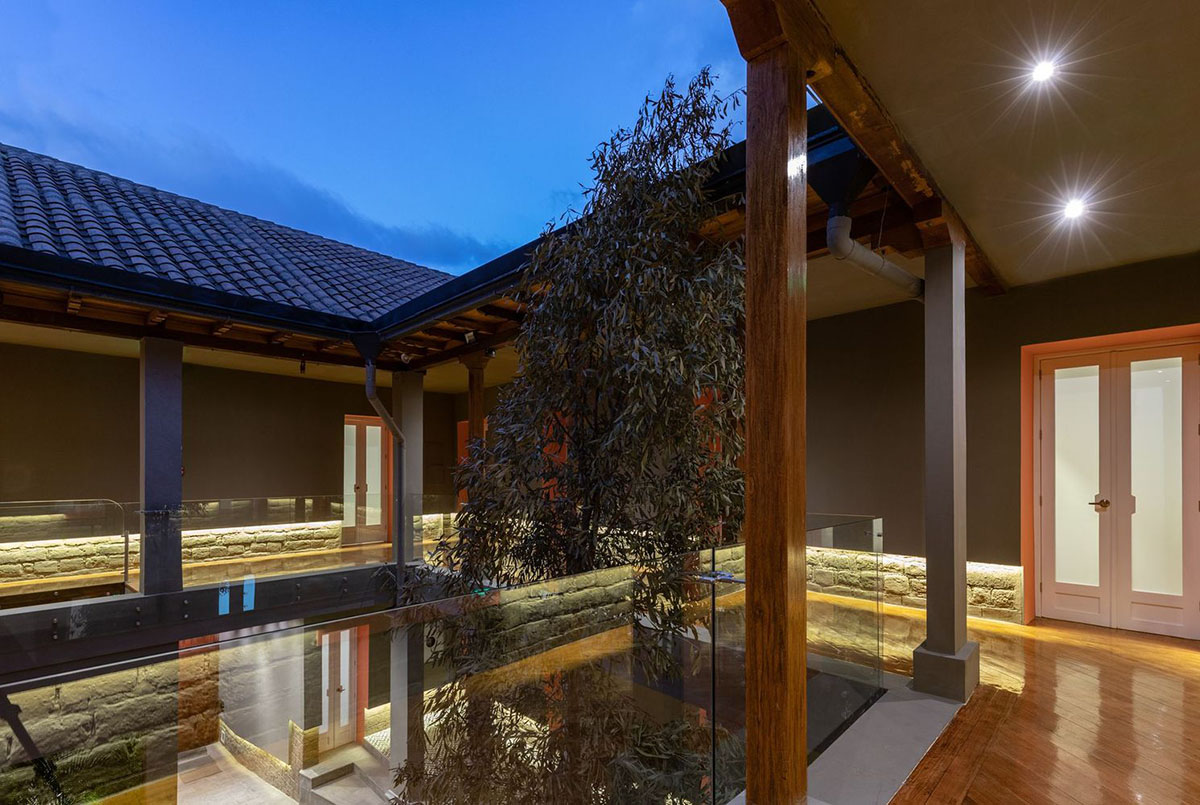 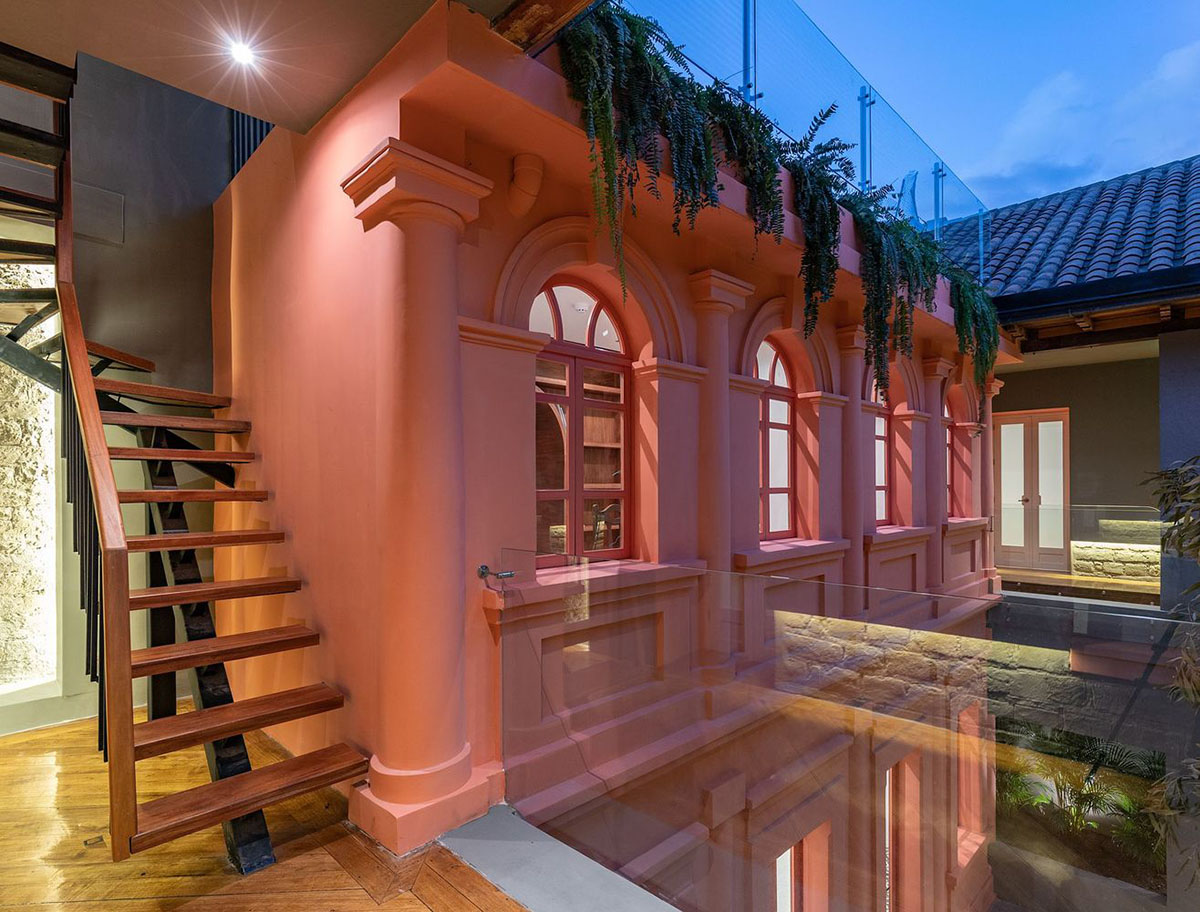 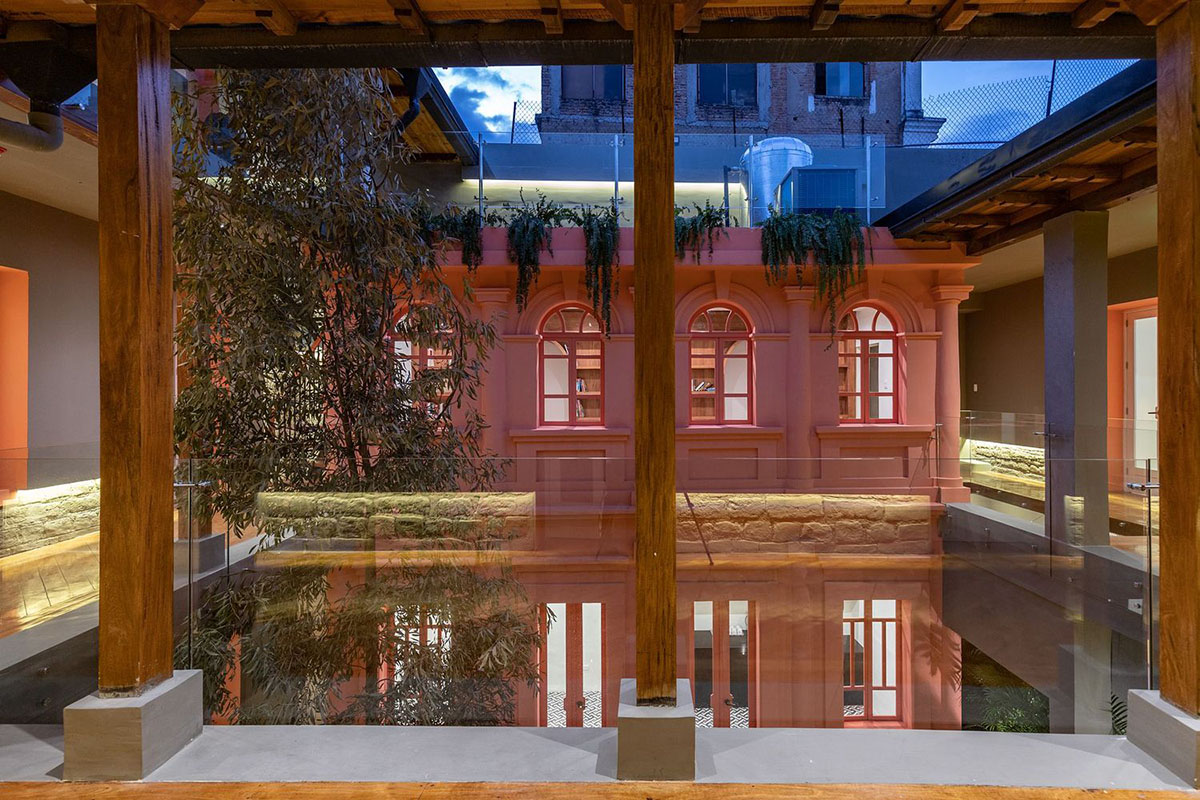 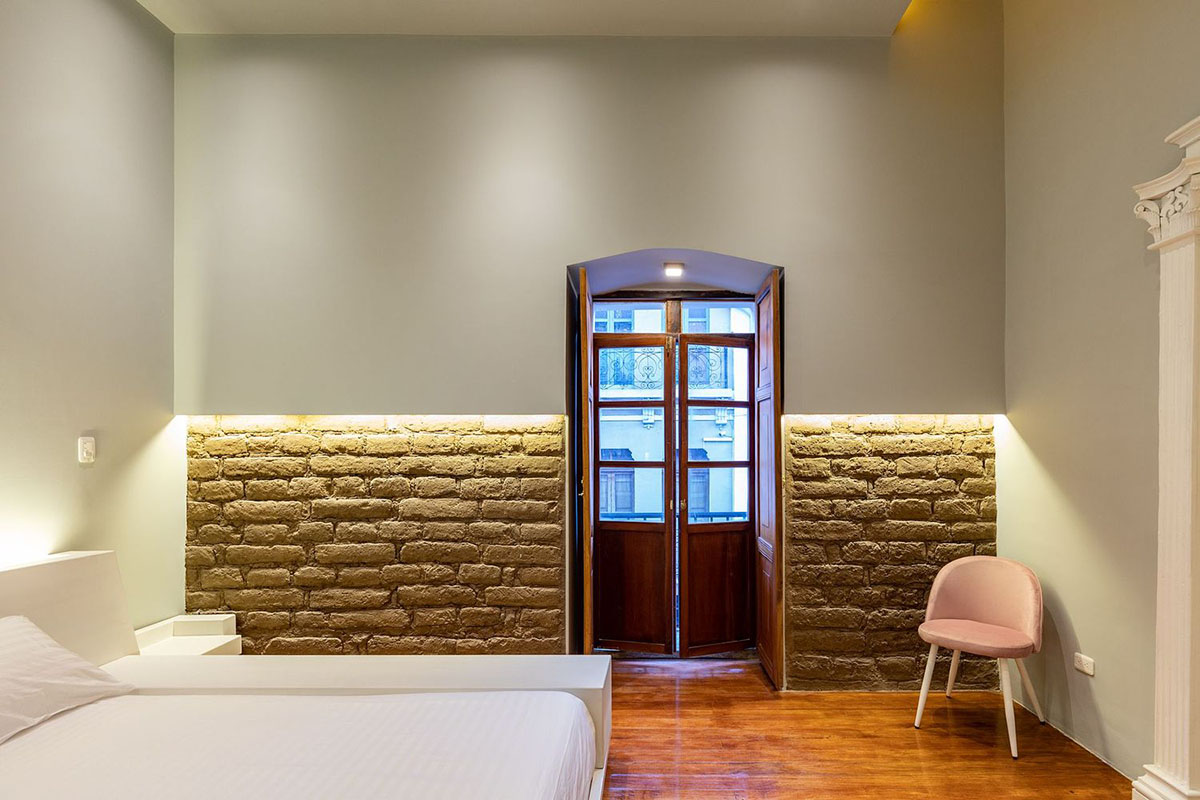 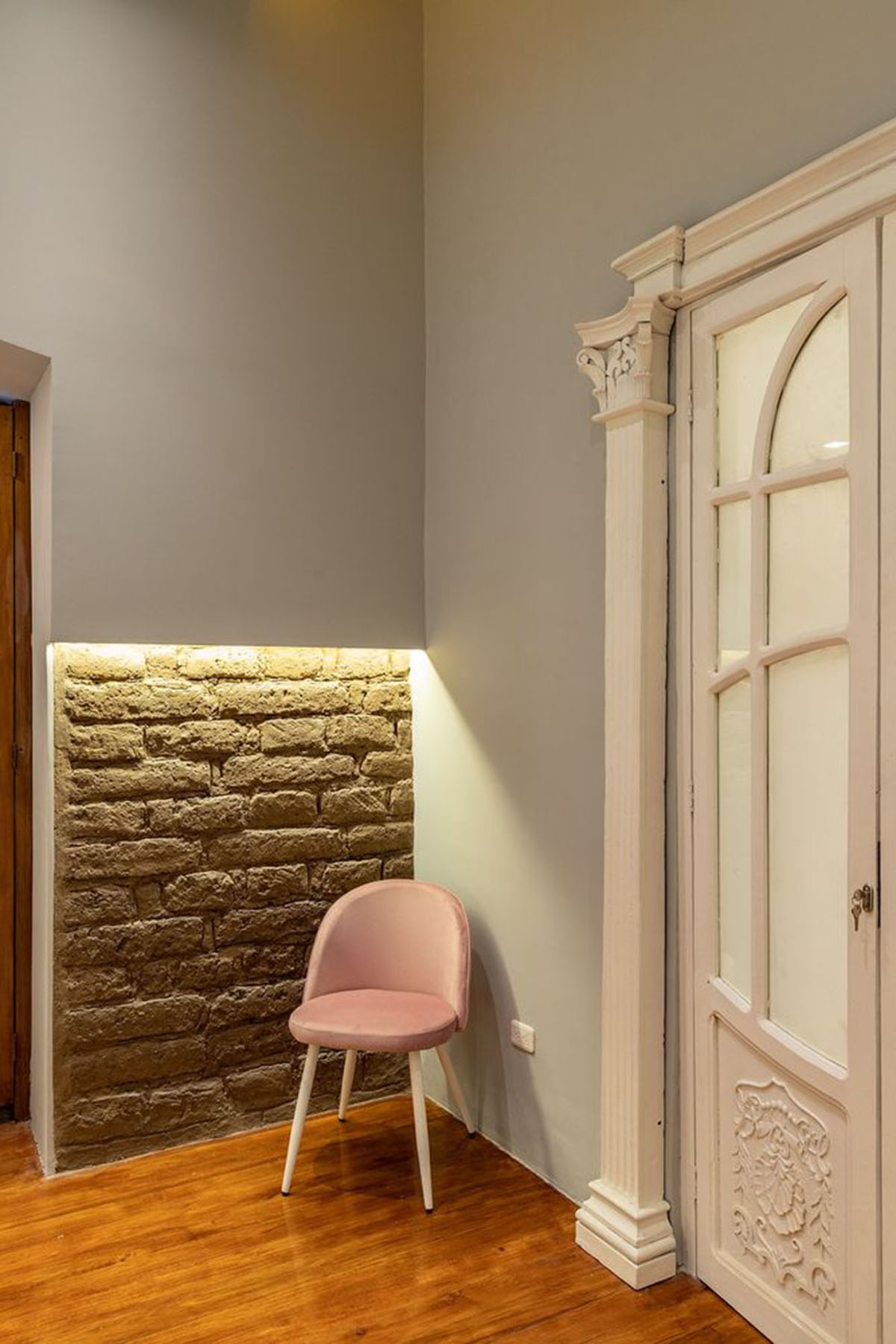 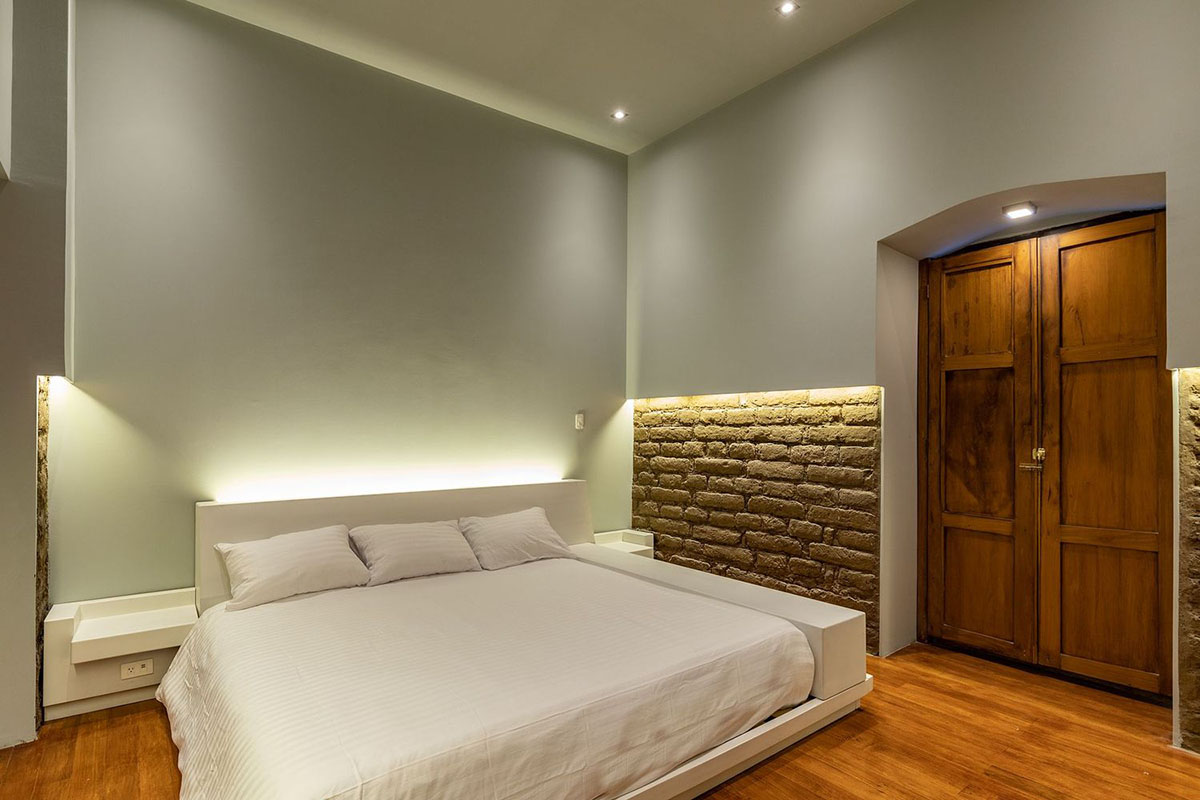 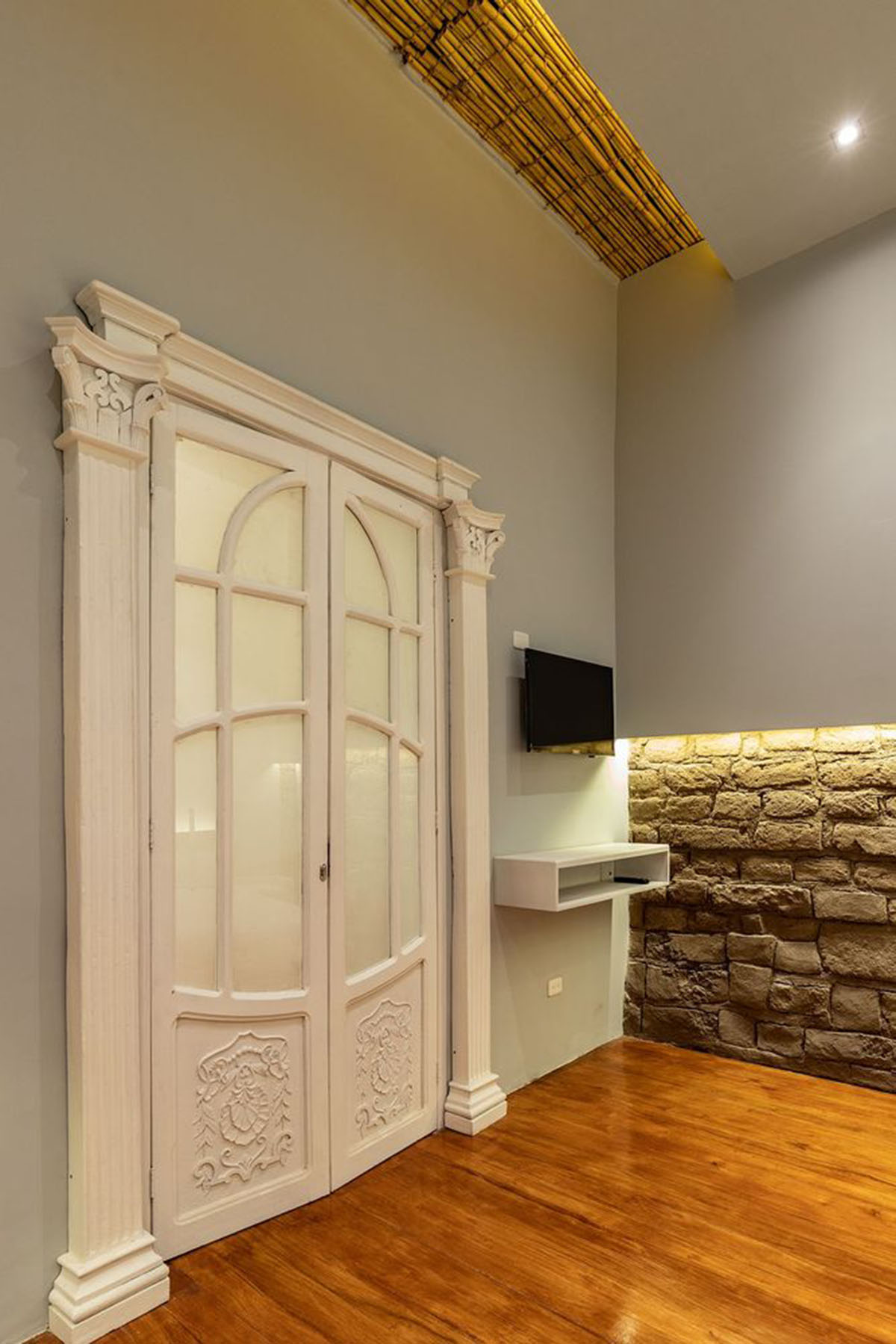 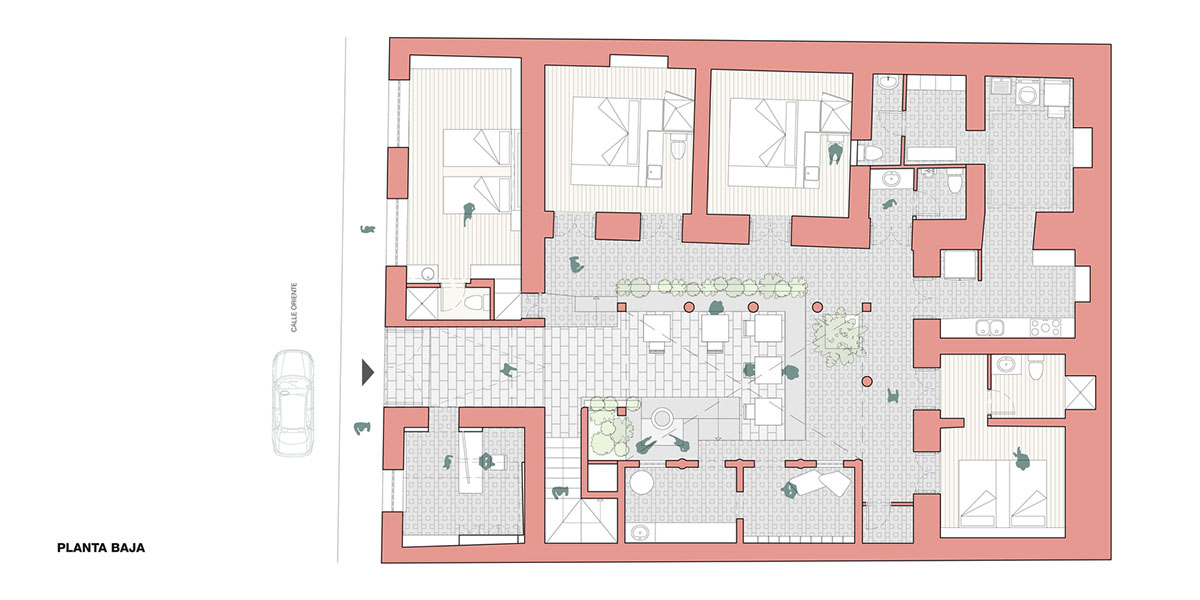 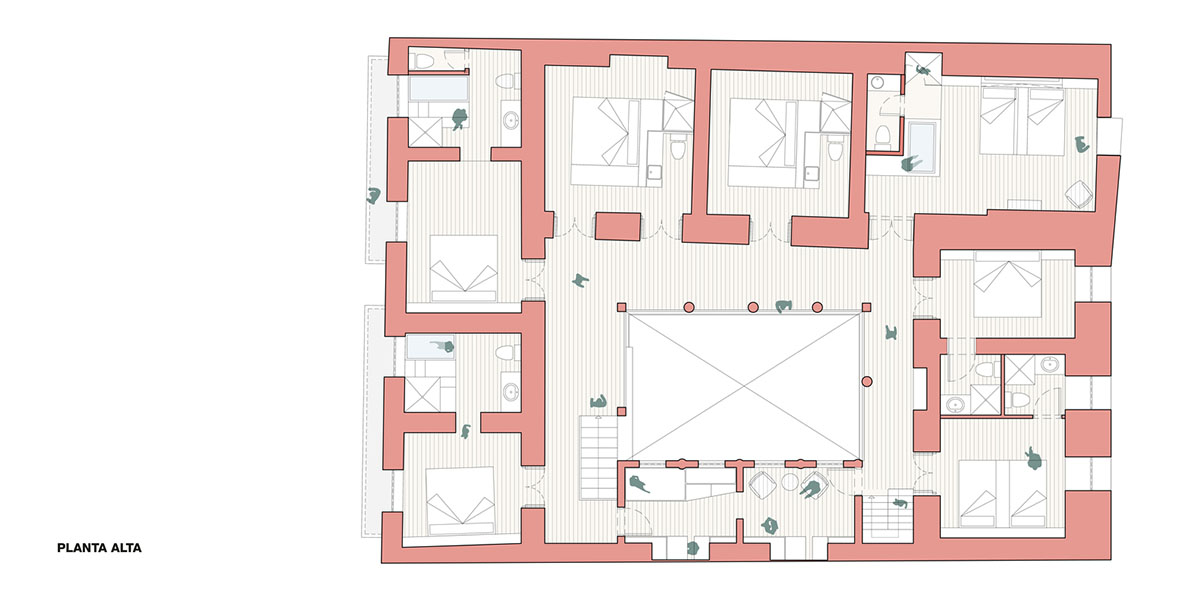 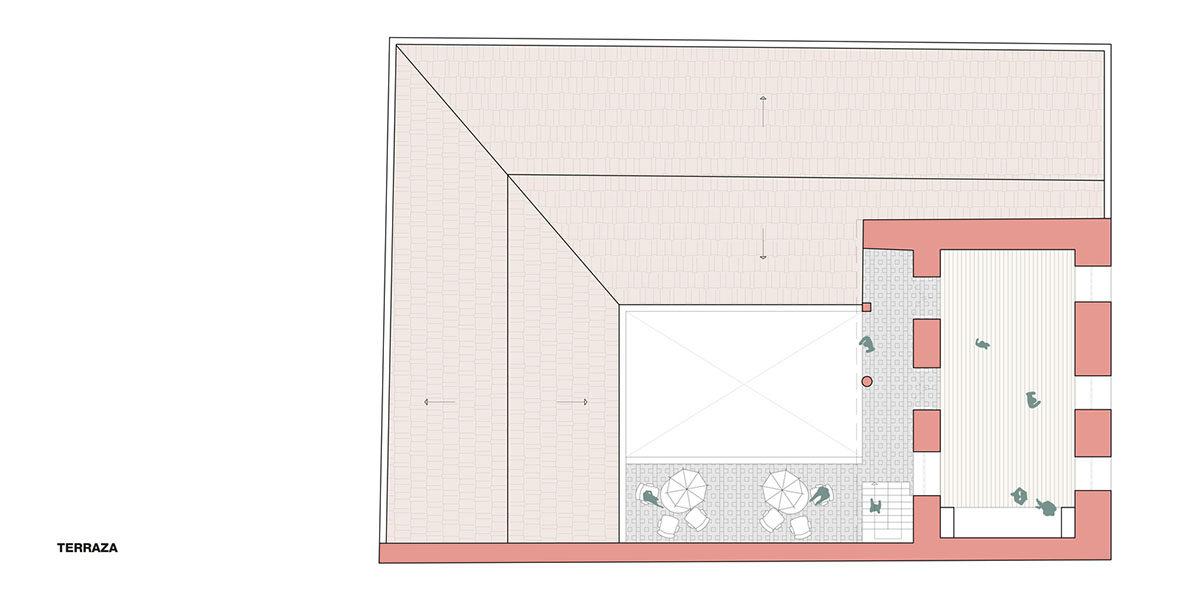 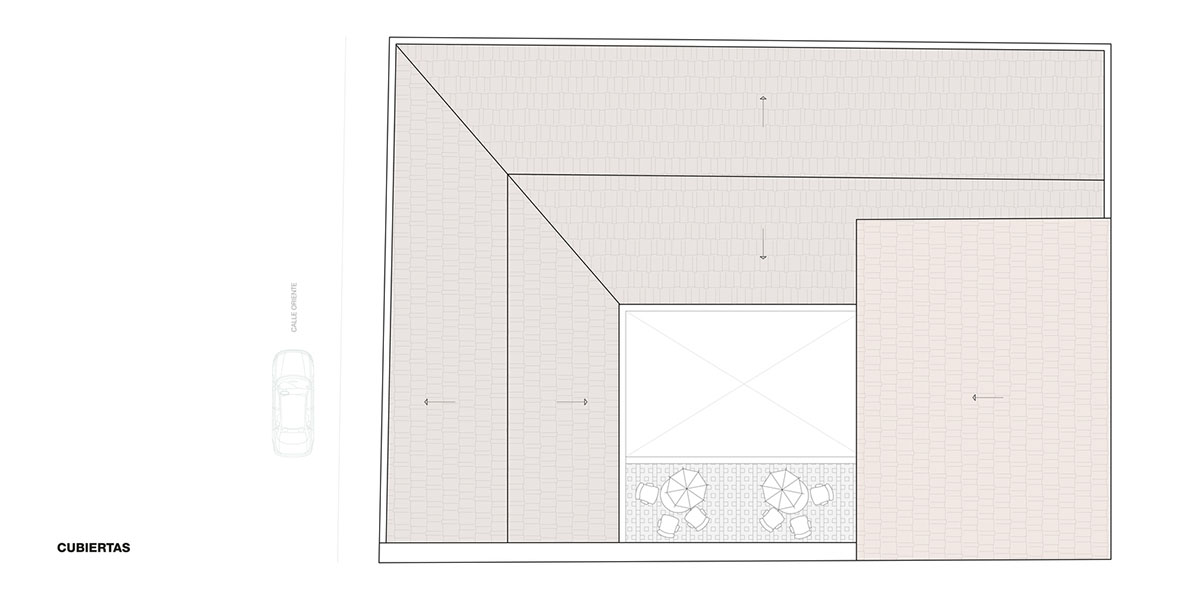 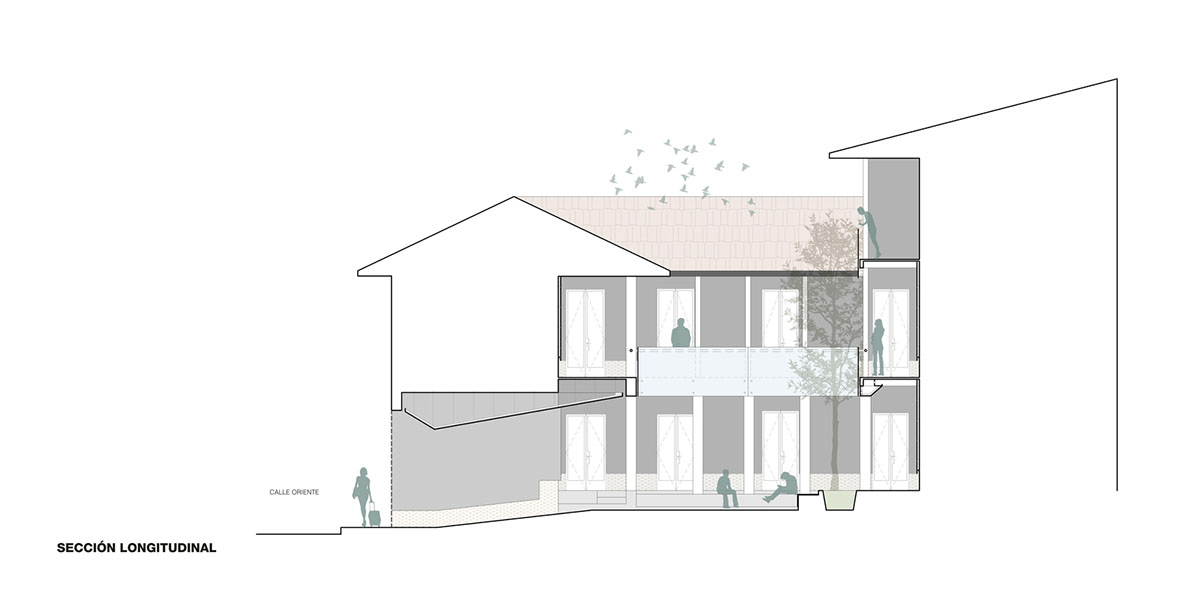 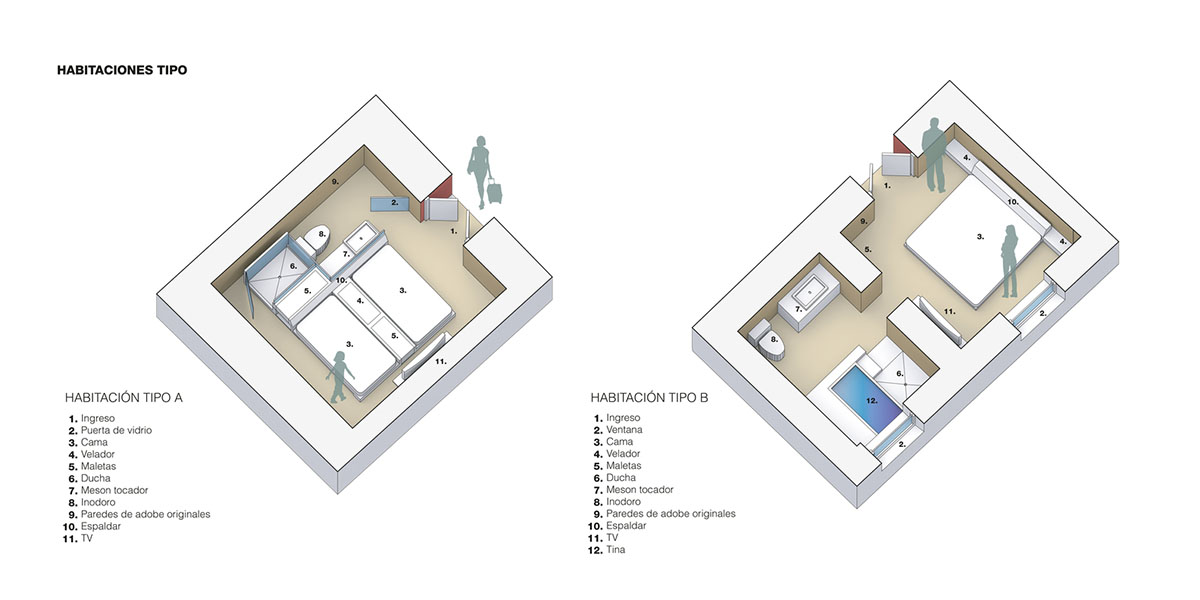 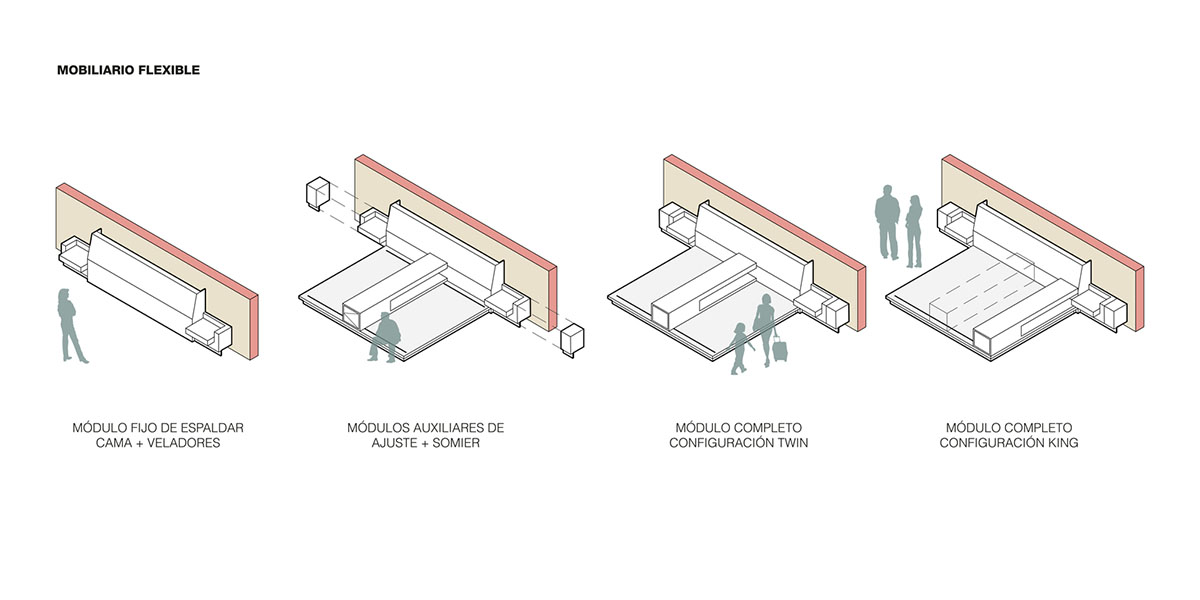