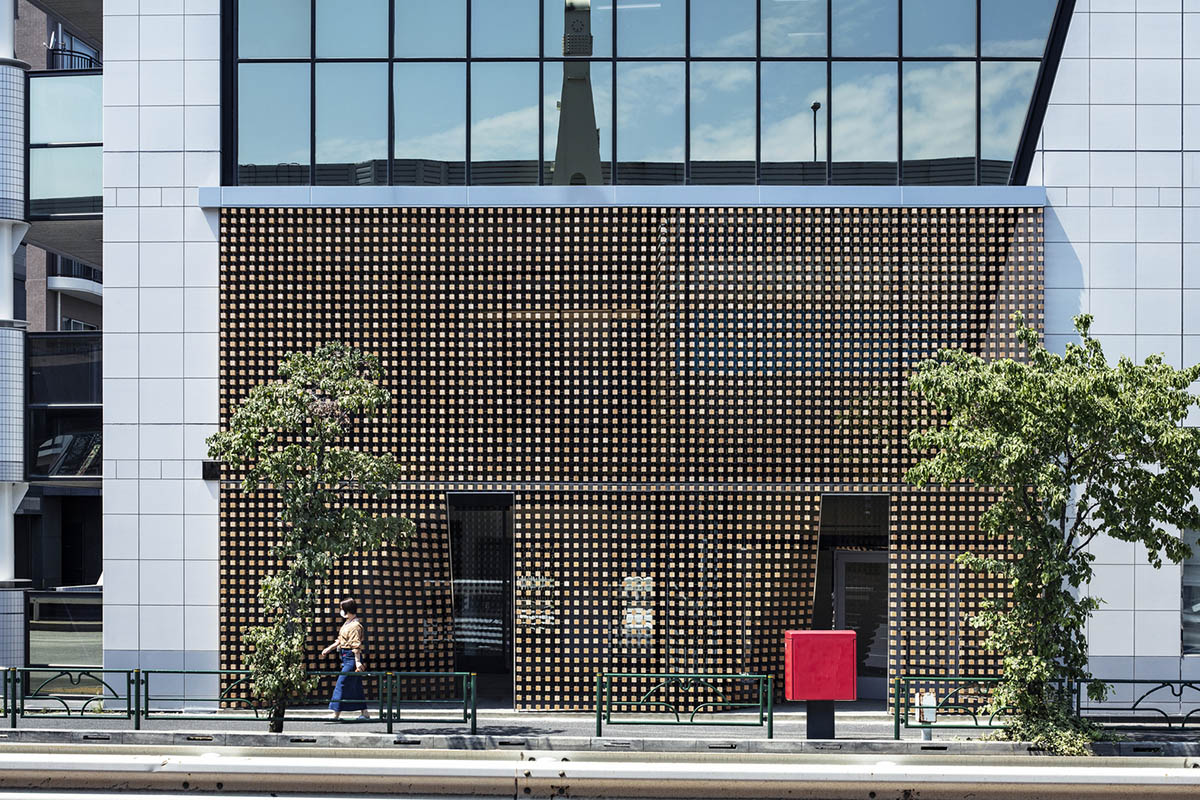 Named Lumber Curtain in Minami Azabu, the façade wraps the 2-storey level and contains two openings along the street. The studio explained that the façade was created to protect the space from heavy traffic and strong southern sunlight.

The existing entrance hall consists of two-storey atrium, but the glass partition divides the atrium inside and outside, and the atrium spaces become halfway size. 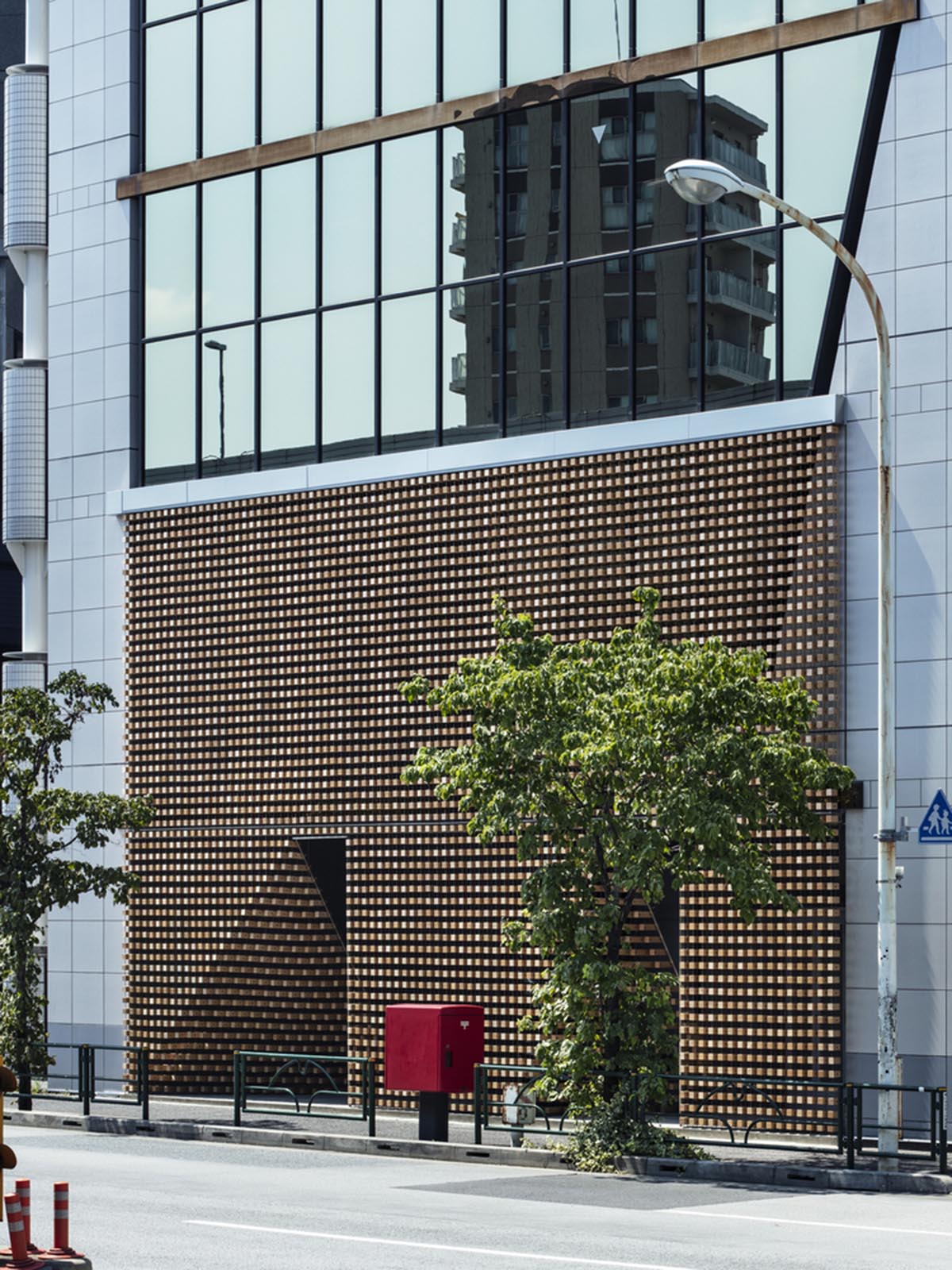 Then the glass partition is setback to the edge of the atrium to have an open space along the street. From afar, people perceived the façade as a flat texture, but when they approach to the building closer, the façade shows itself with detail and its material.

"It is thought that the screen should compose the landscape with old temples, that is dotted along the street, and it should be seen esthetically not only from outside but also from inside," said Tsukagoshi Miyashita Sekkei. 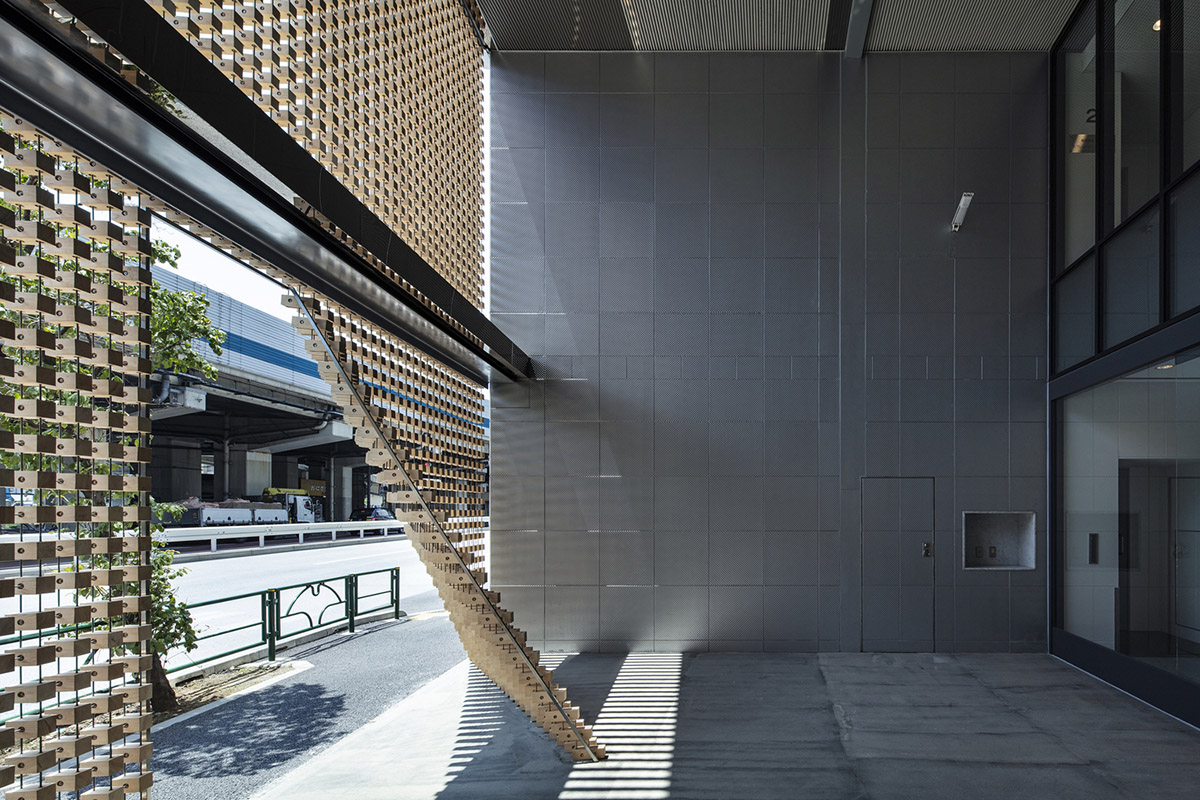 The screen consists of cypress lumber and M6 stainless rods. As the architects highlights, "a cypress lumber is often used in old temple and has deodorant effect for the car exhaust." 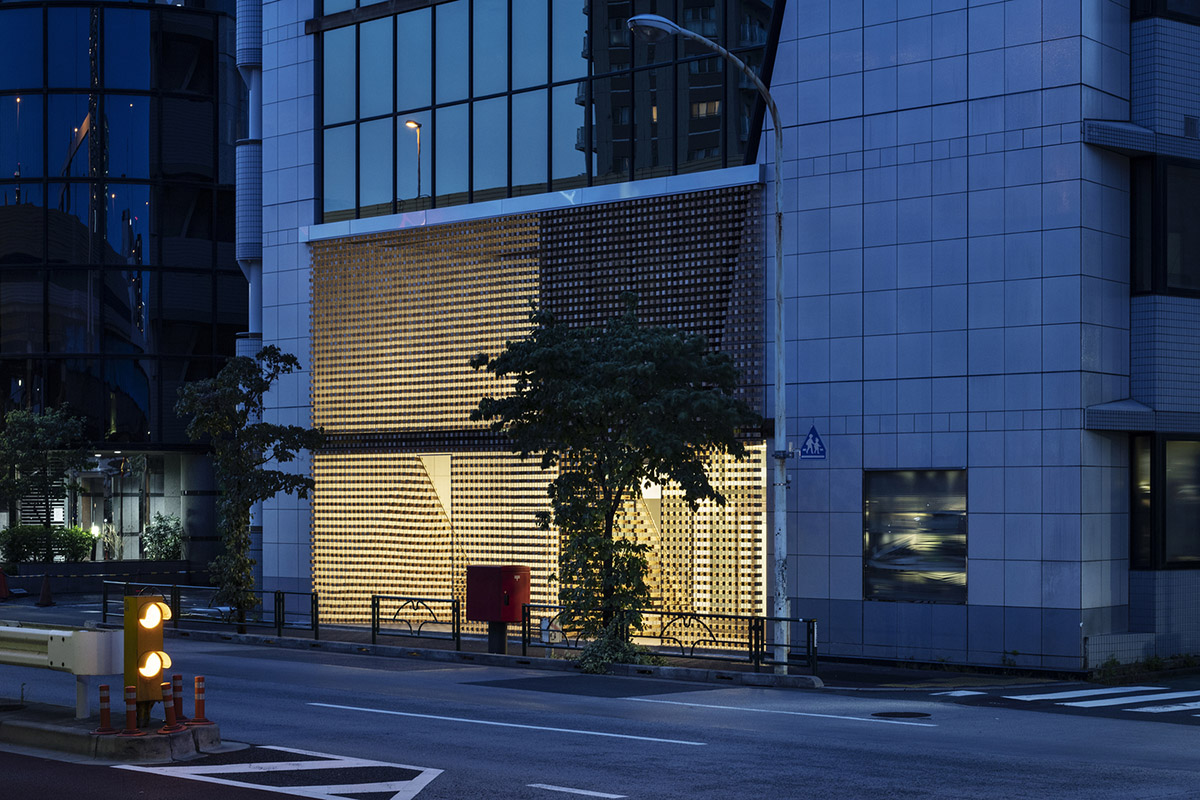 Vertically, two lines of rods penetrate the lumbers and the horizontal rods connect each columns. The composition gives it no hierarchal appearance, without front and back, and enough strength to resist wind pressure and transmits adequate sunlight to the space. 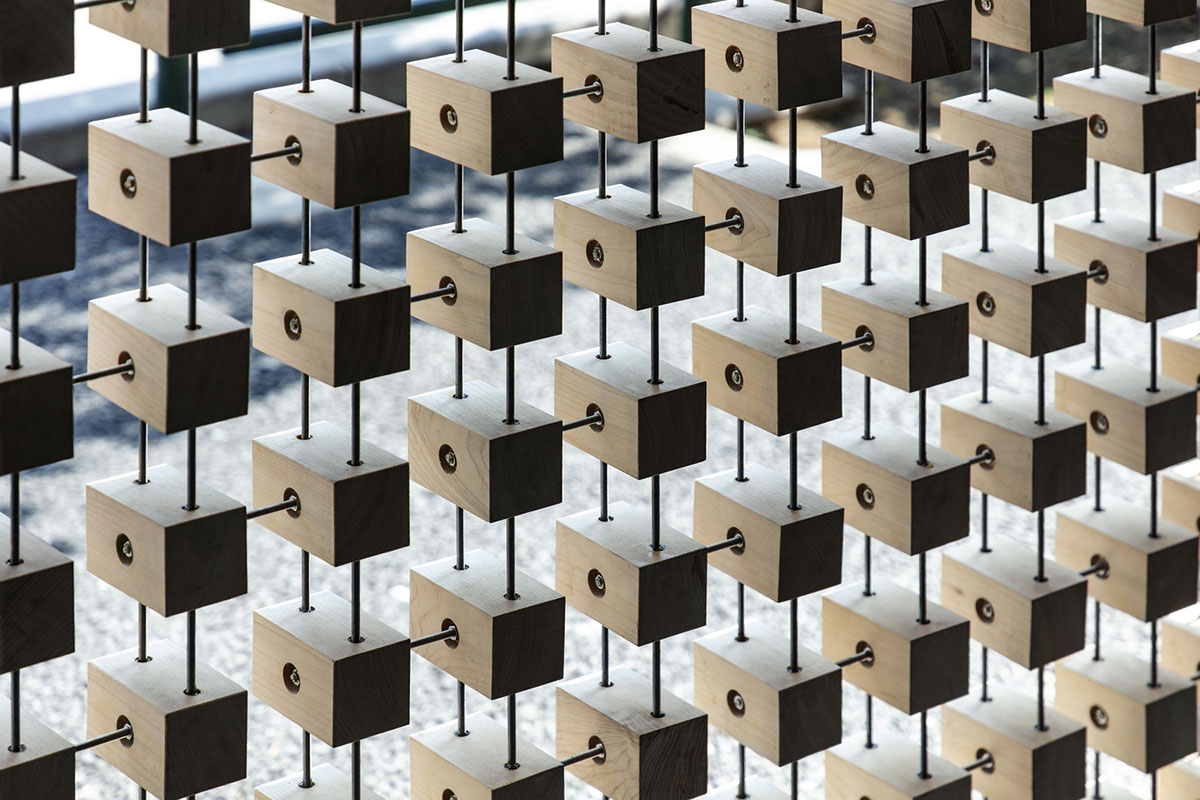 The architects created a folded shape and delicate atmosphere that makes it like a curtain made of lumber. The lumber of 100mm depth and less represented rods appear different according to the eye direction and the distance to the screen. 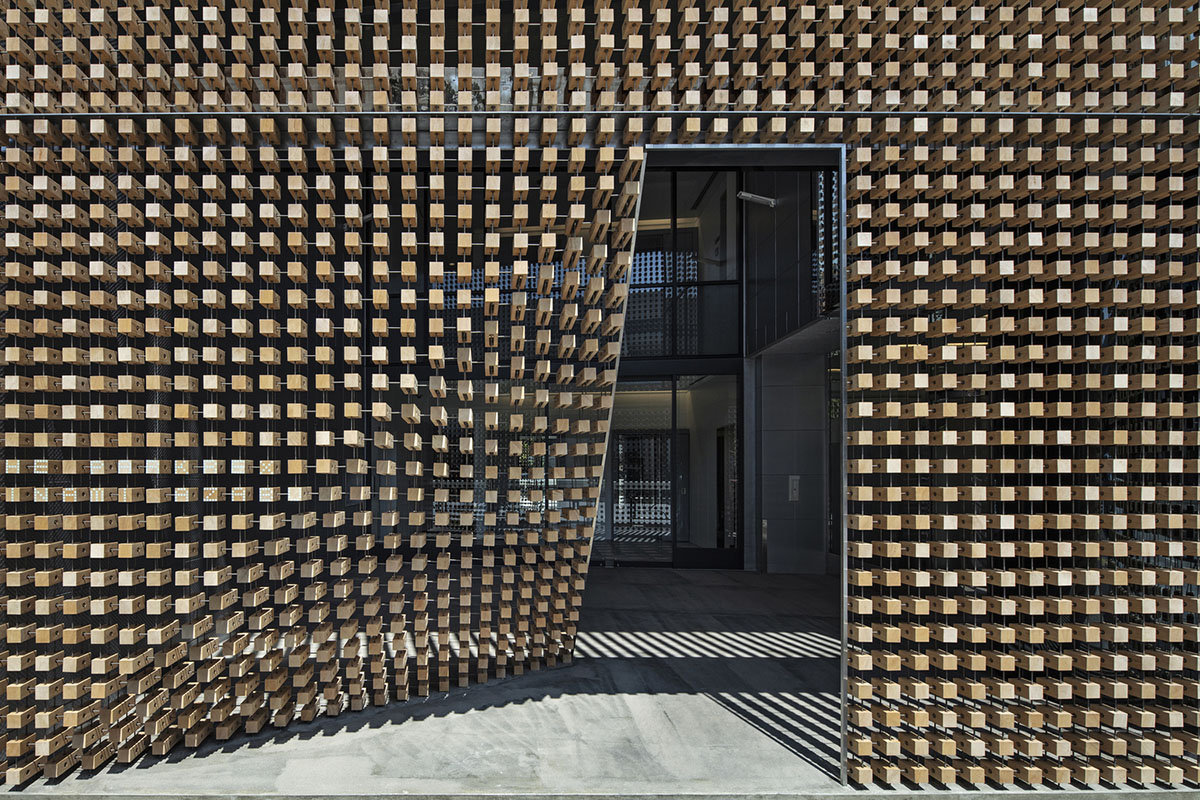 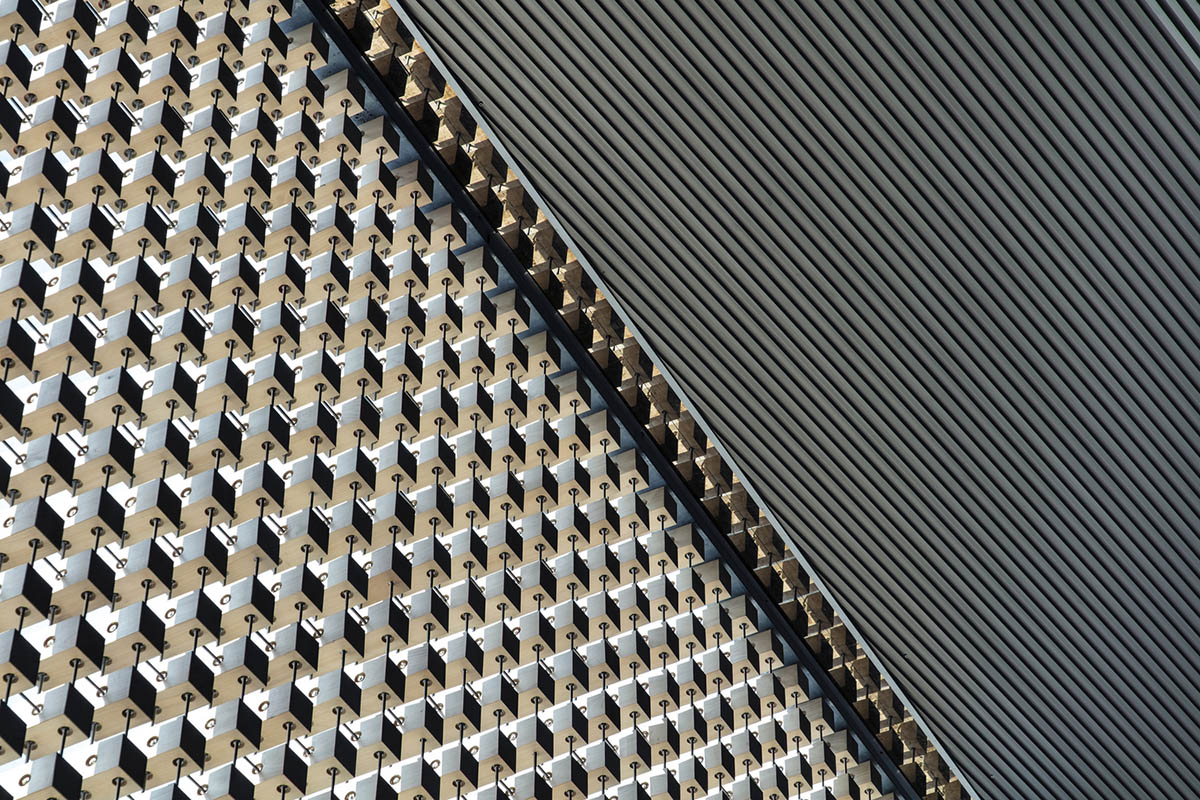 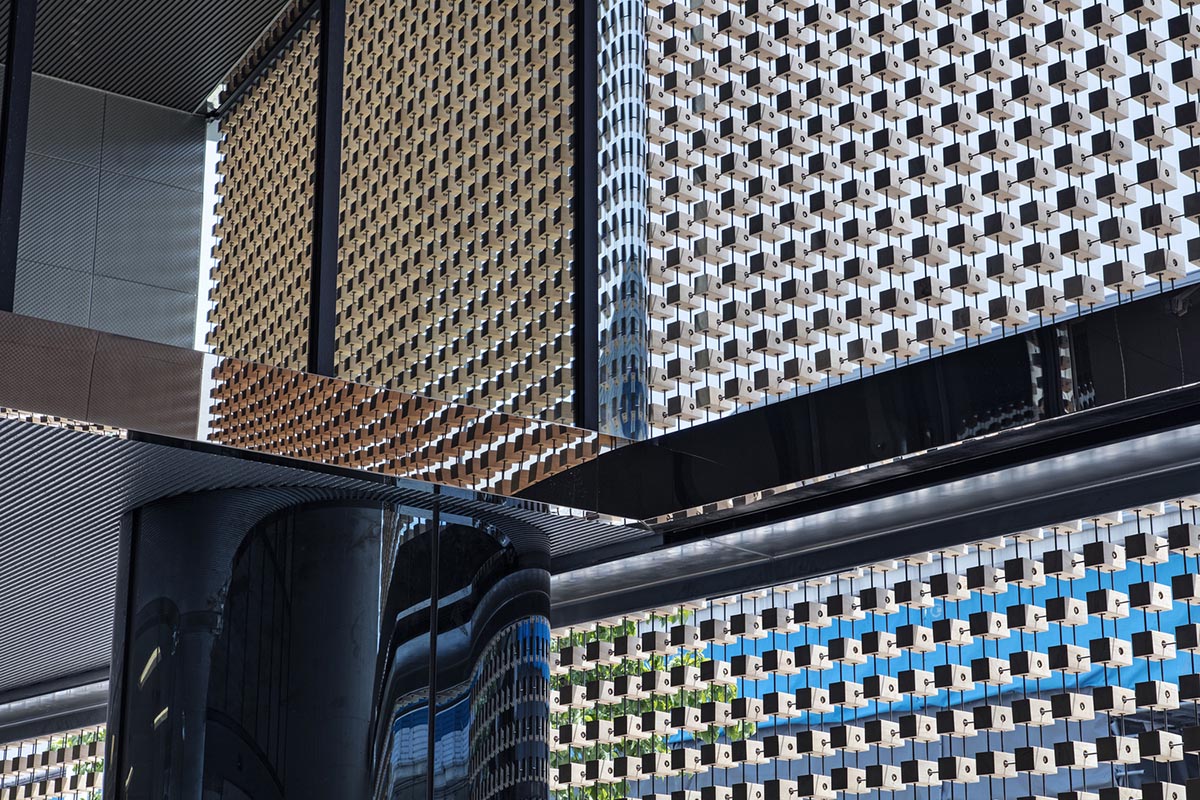 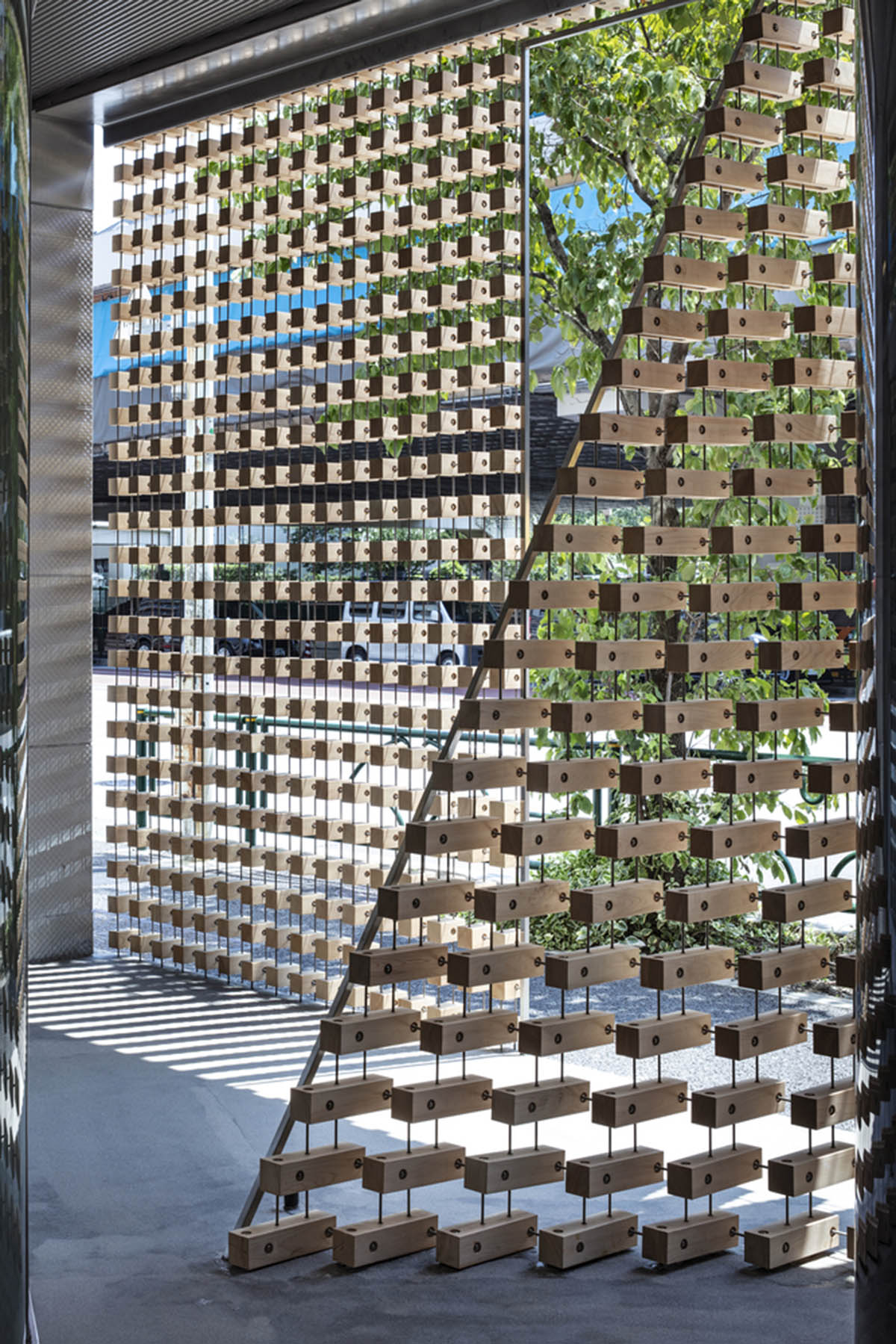 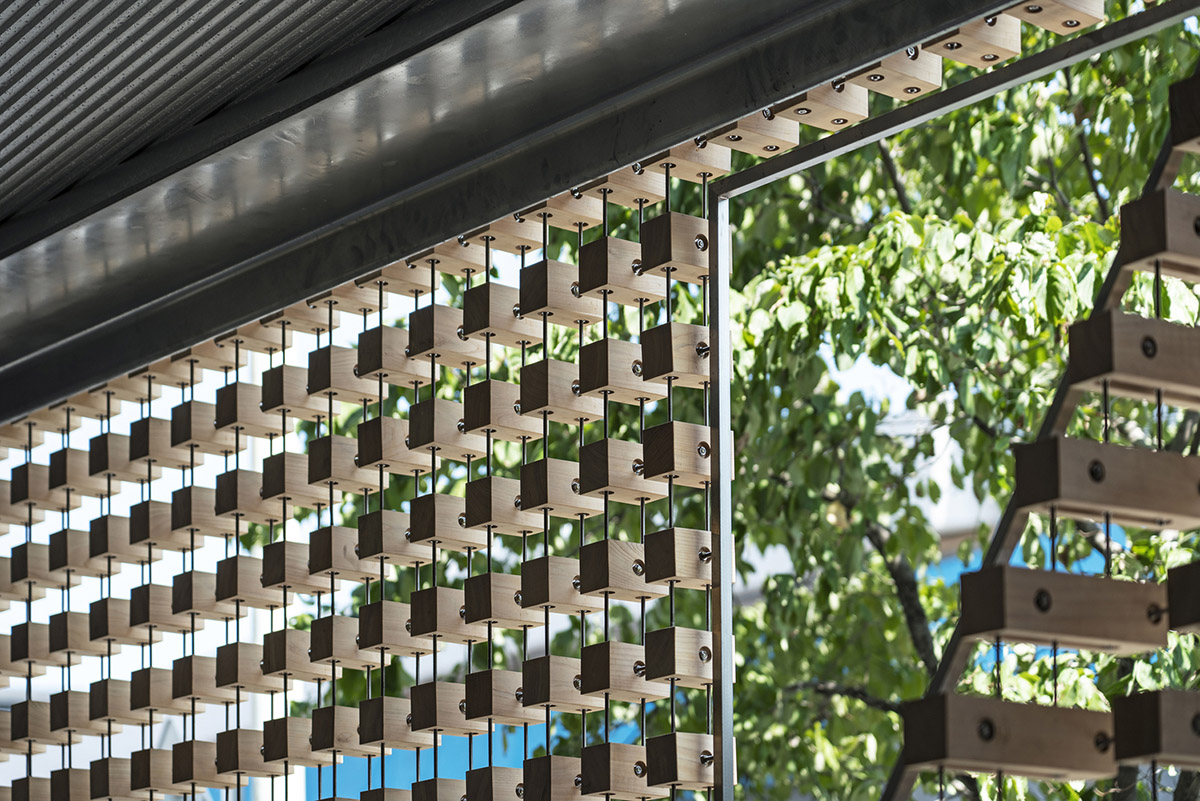 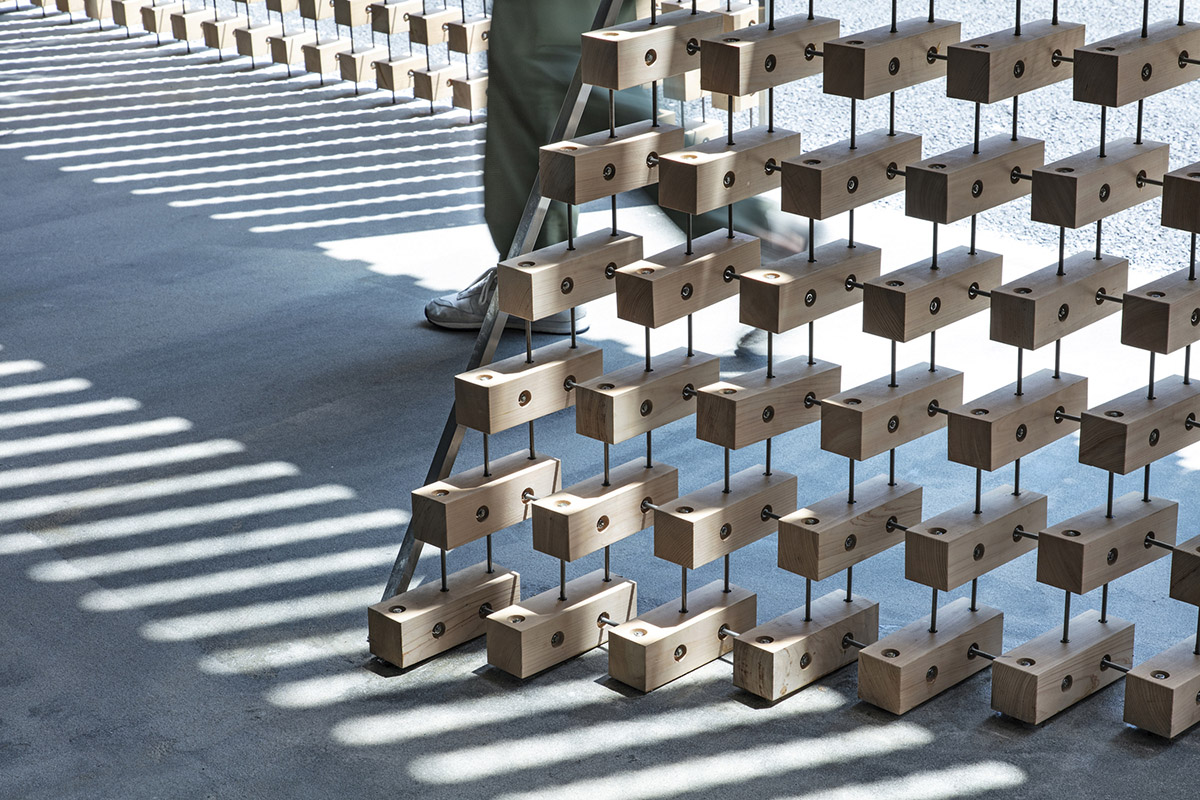 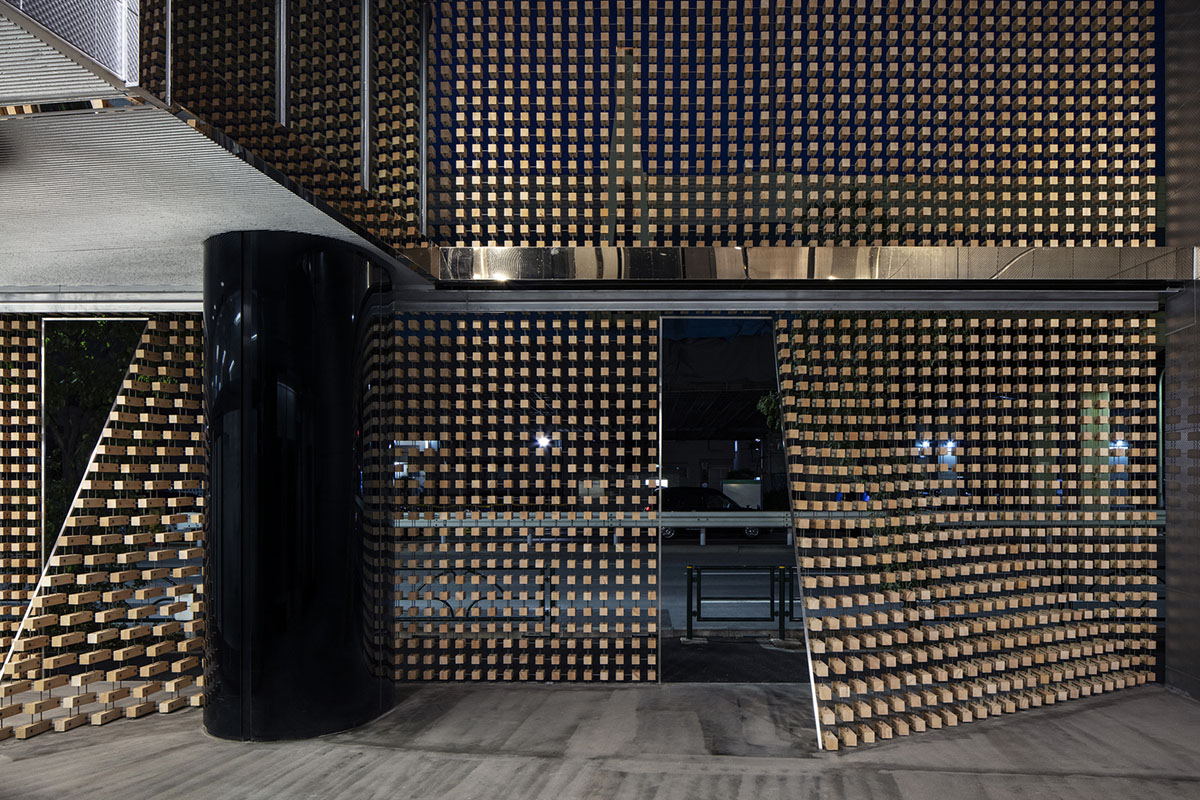 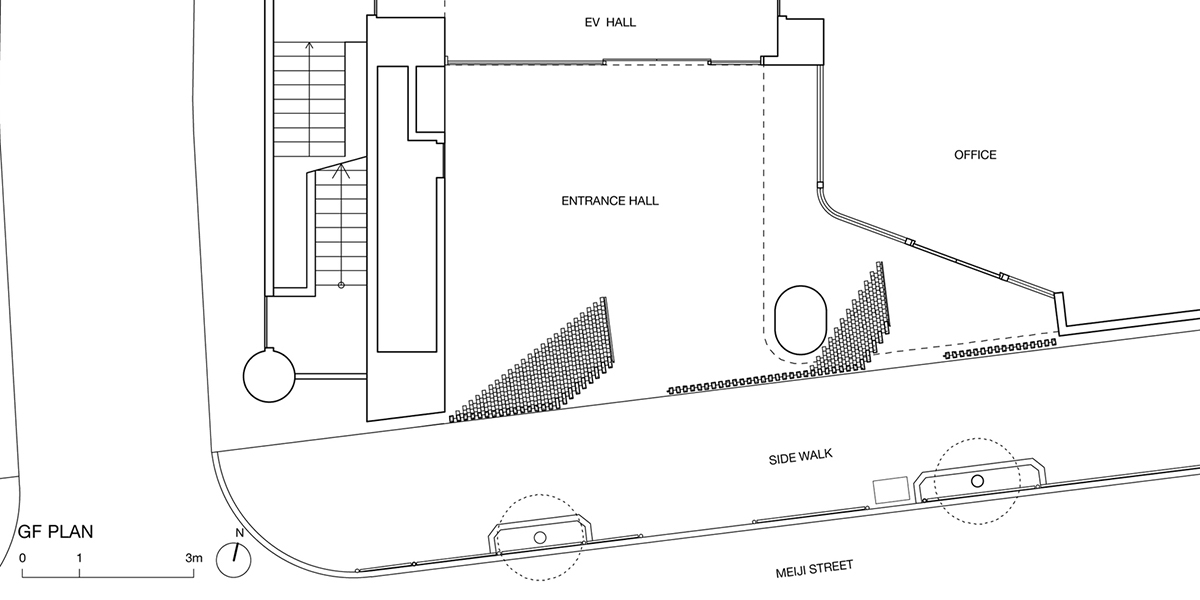 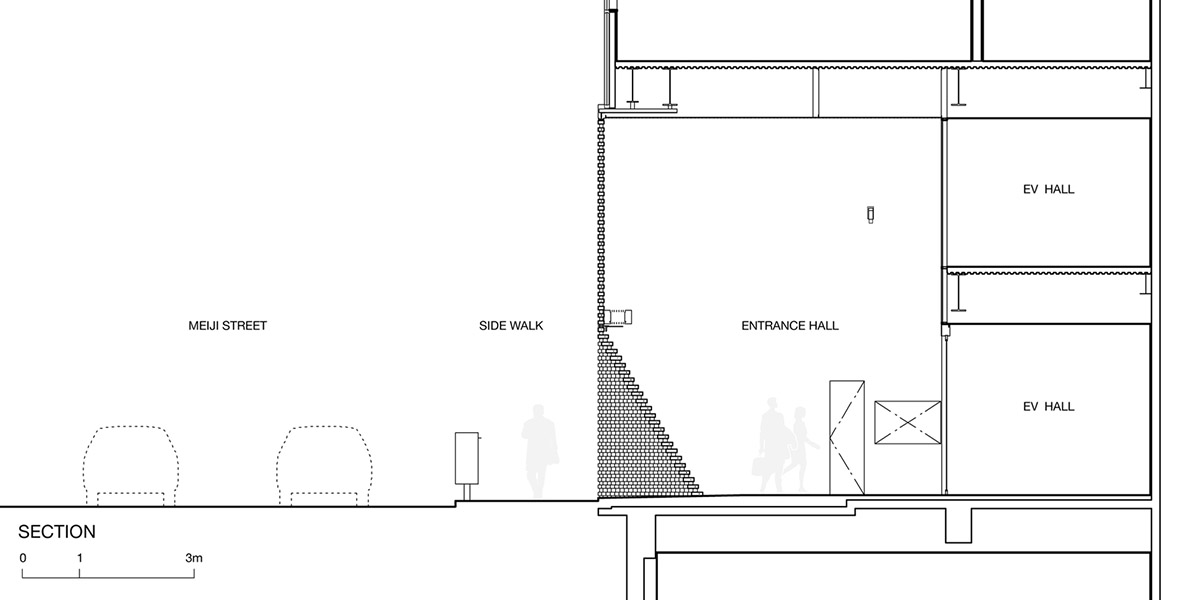