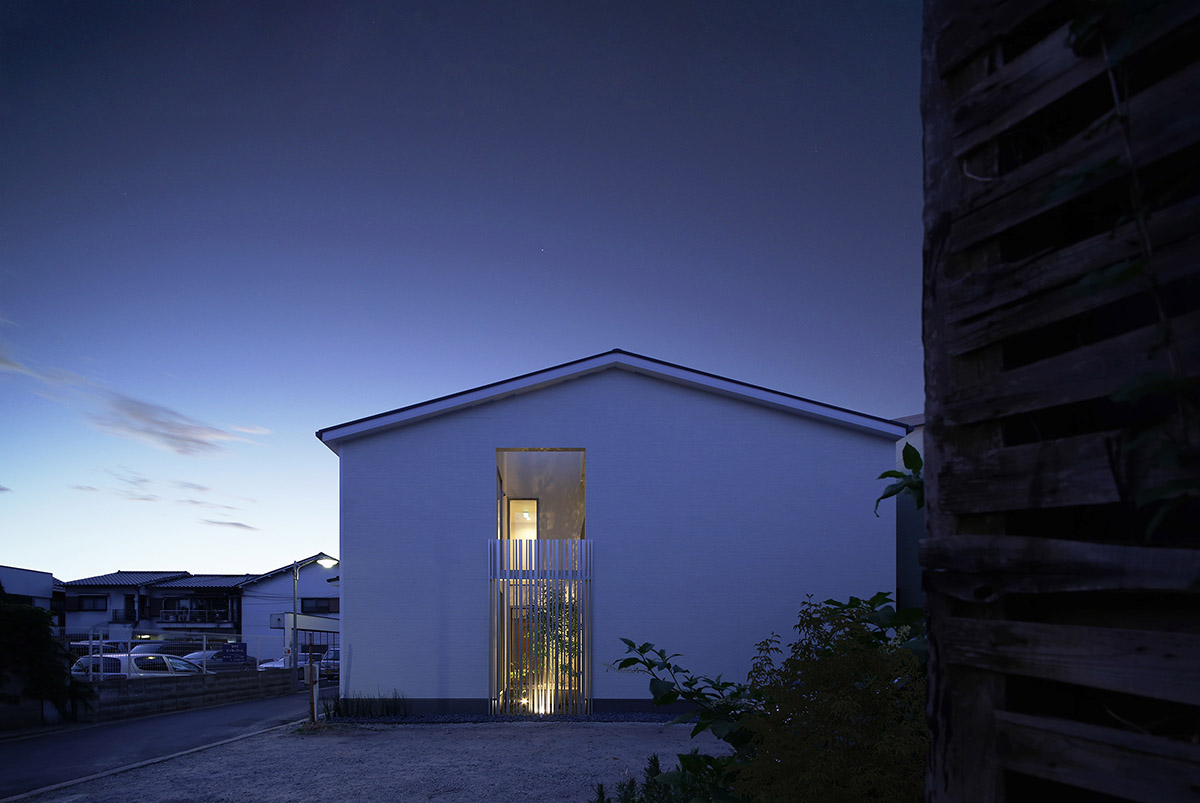 Jun Murata, founder of JAM, has built a small guesthouse featuring a small courtyard and cut-out skylight to provide a play of light and shadow.

Located in an area with a lot of small houses, close to the center of Osaka, the house, named Hanazono Residence, was required to have a highly adaptable space that is easy to use and comfortable to use, assuming the use of various races and generations visiting here. 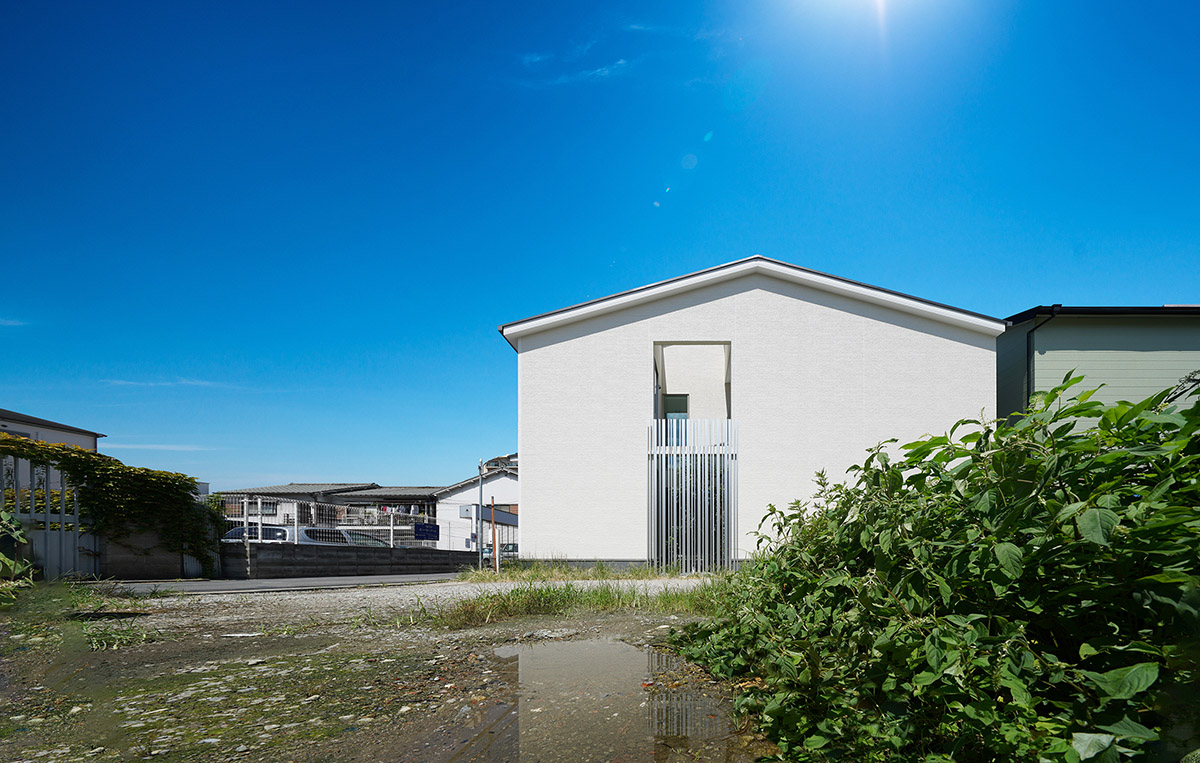 "In addition, the client required that space which has a small court, light and wind, and Zen element which guest can experience Japan," said Jun Murata.

There was grass on the south side of the site with a frontage of 5.4m and a depth of 12.6m, which was rare in an overcrowded cityscape. This adjacent open space was regarded as a positive surplus space and was a clue in design. 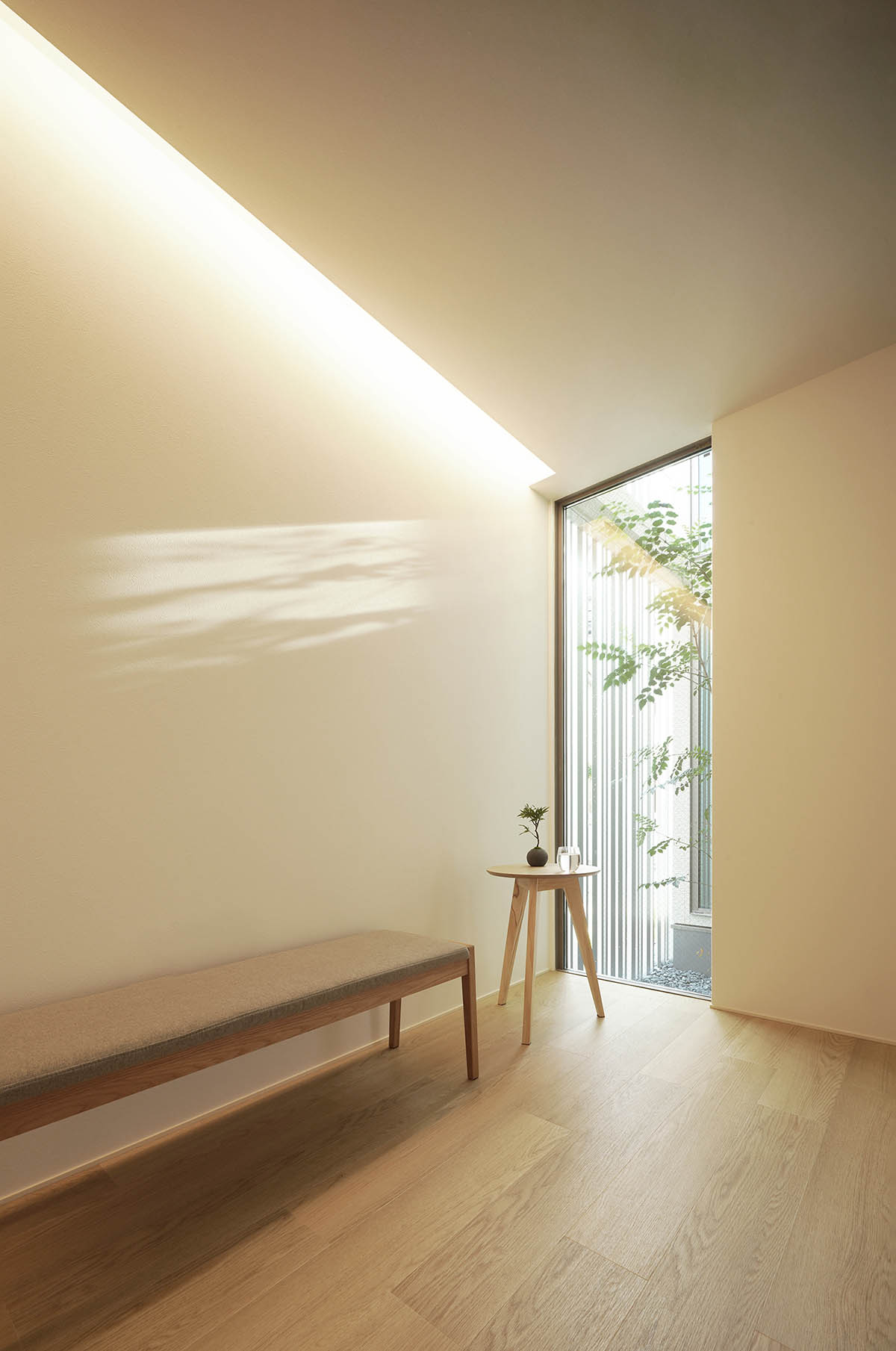 The architect used a gable-shaped volume adapted to the limit of the size of the site, the house features a small court of 1.8 m square which was arranged so as to penetrate horizontally toward the open space and vertically toward the sky. 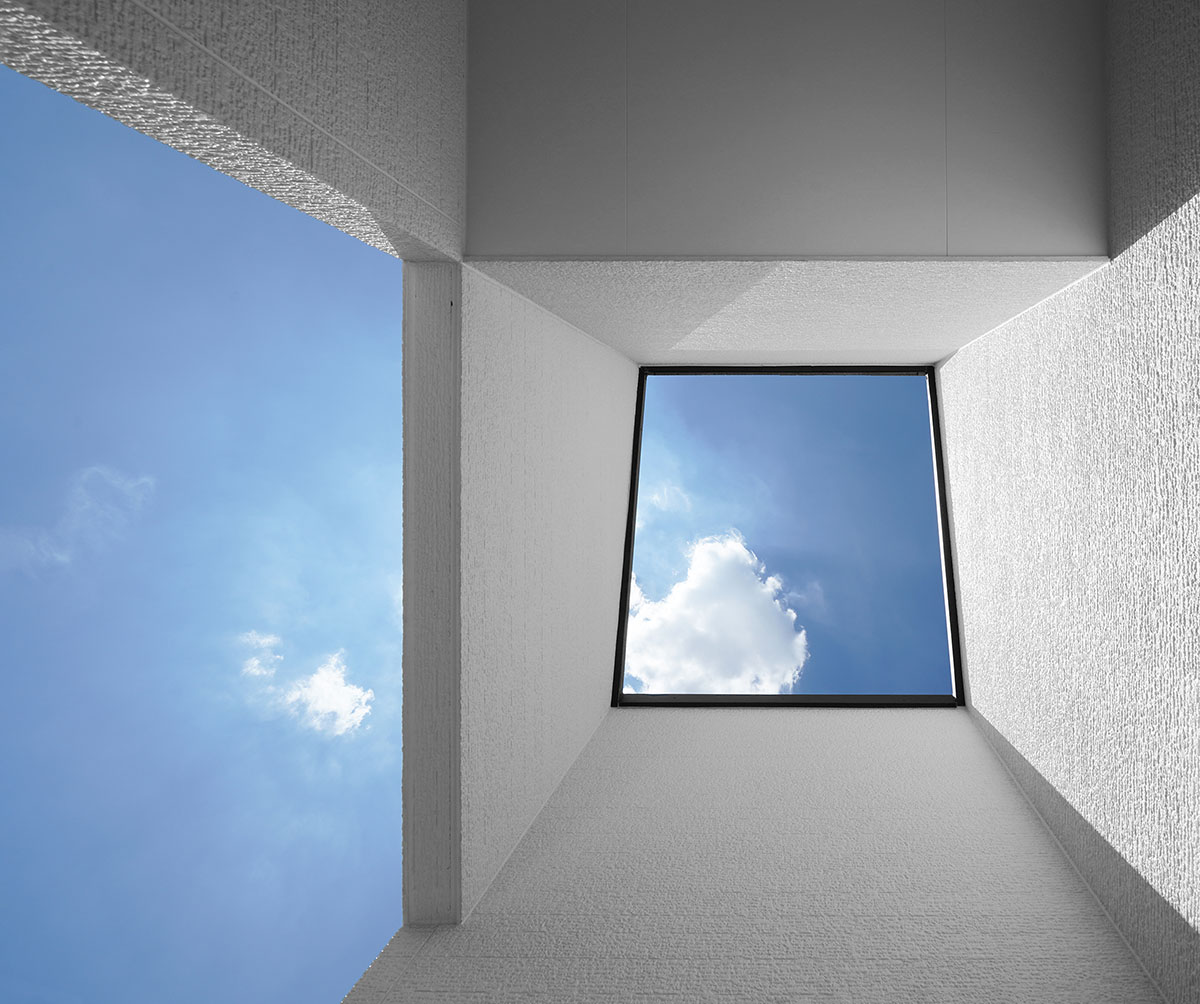 The vertical aluminum screen installed at the boundary between the court and the open space ensures privacy from the surrounding environment and plays an important role in security. 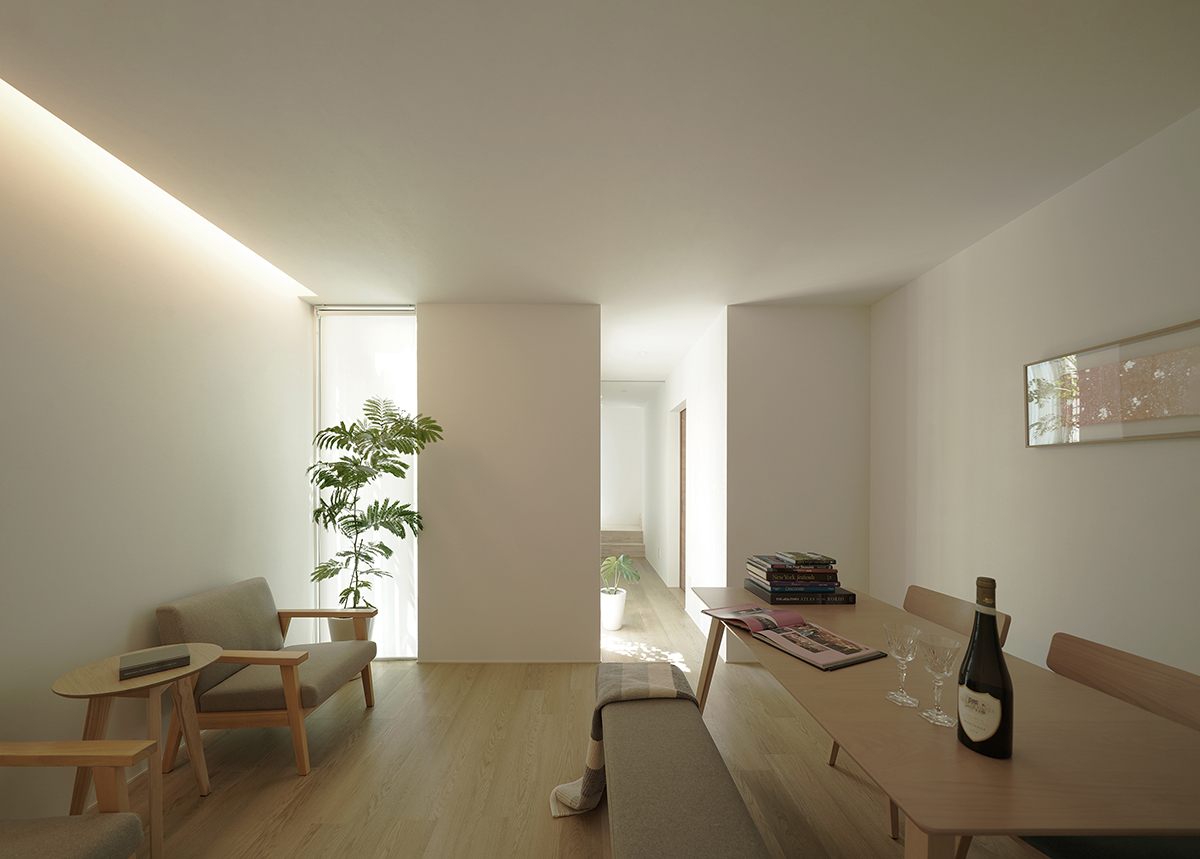 A meter module is adopted to adjust the allowable building coverage, and a 1m grid is used for the plane configuration. On this site, it is possible to plan more efficiently than the shaku module, Japanese traditional unit, to allow more space for the porch, entrance, passage, and stairs, and to plan the court as large as possible. 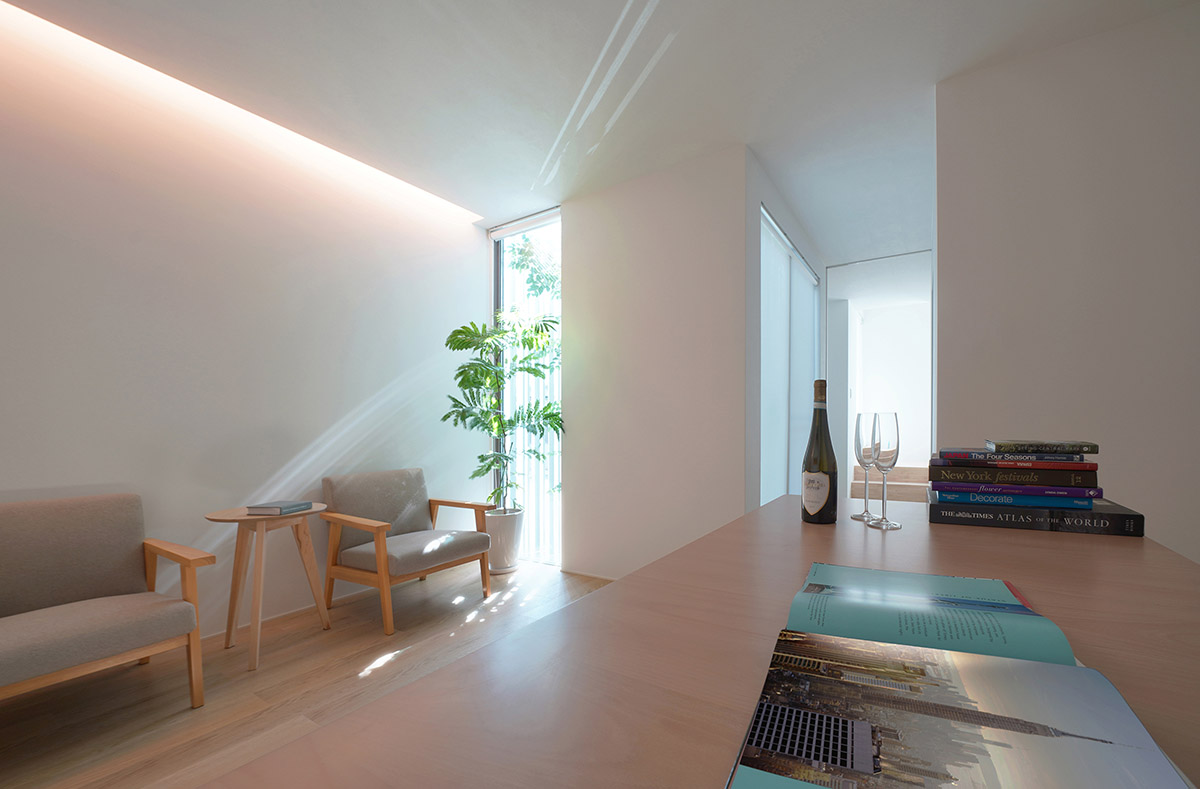 All rooms and corridors face the court to disperse the light from it. A kitchen, sanitary and public space were arranged on the first floor. On the second floor, there are two guest rooms on both sides of the court.

The vertical screen composed of unequal side angles of 4 meters in length is laid out with the blade side facing inward and the end side facing outward. 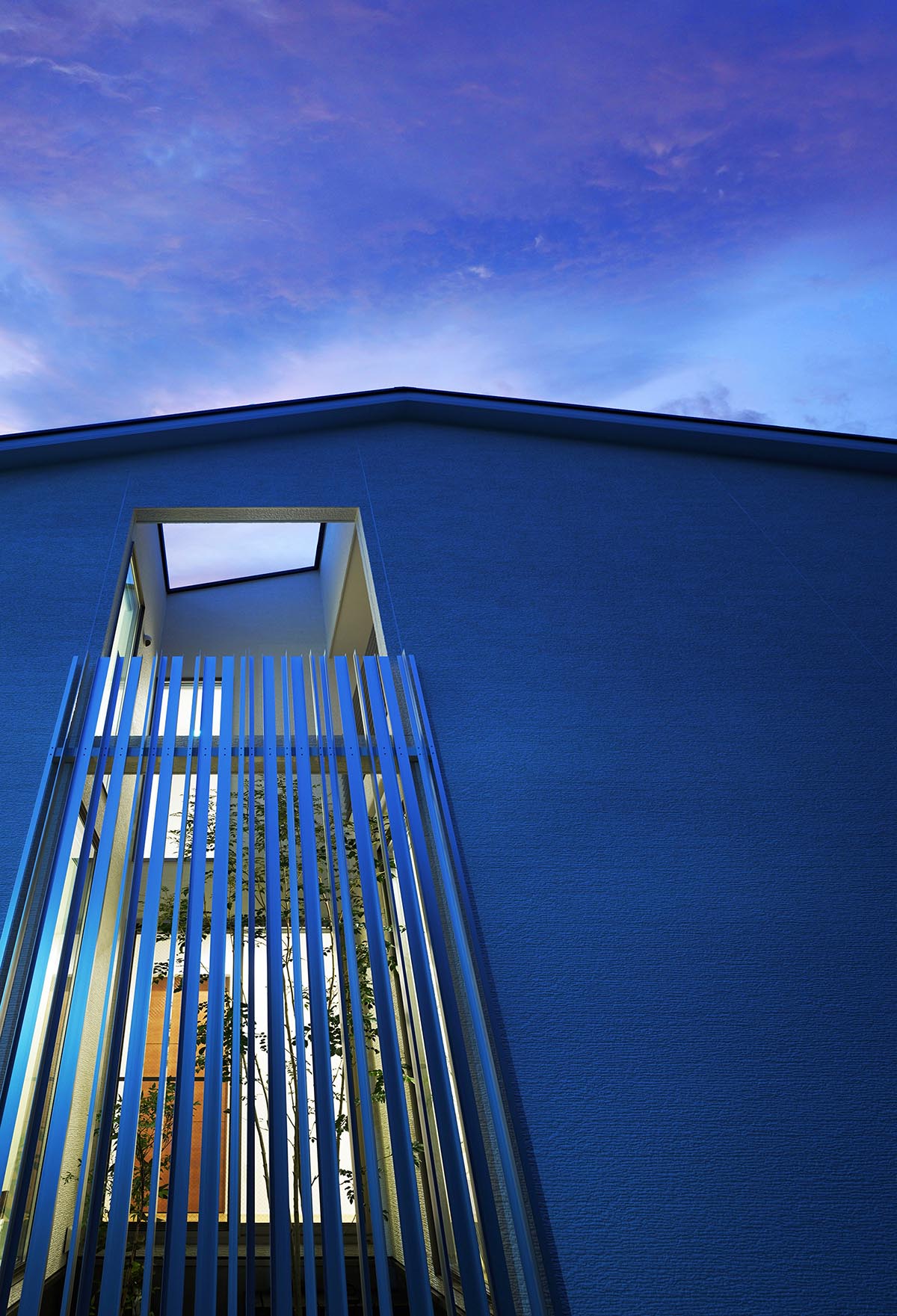 "Residents can enjoy various changes in the sky through the branches and leaves swaying in the wind." The shadows of the trees and screens are projected sharply inside the white interior. In a humble and neutral space, time is ticked with the relaxing nature. 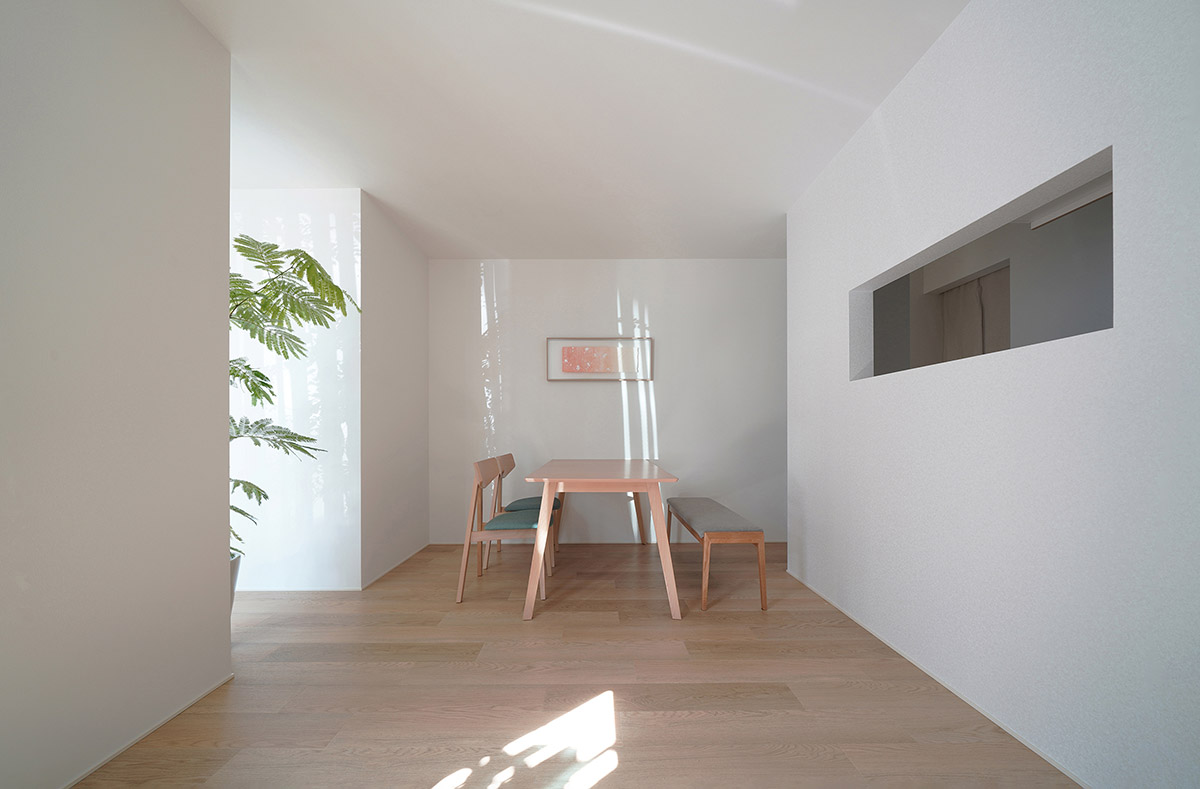 The architect said that "we aimed to create a space full of light and wind so that guests could remember their stay more clearly."

Several linear lights transform the density and cast an impressive shadow on the black stones laid in the court. The court extends horizontally to the open space, giving a feeling of depth wider than the actual size. 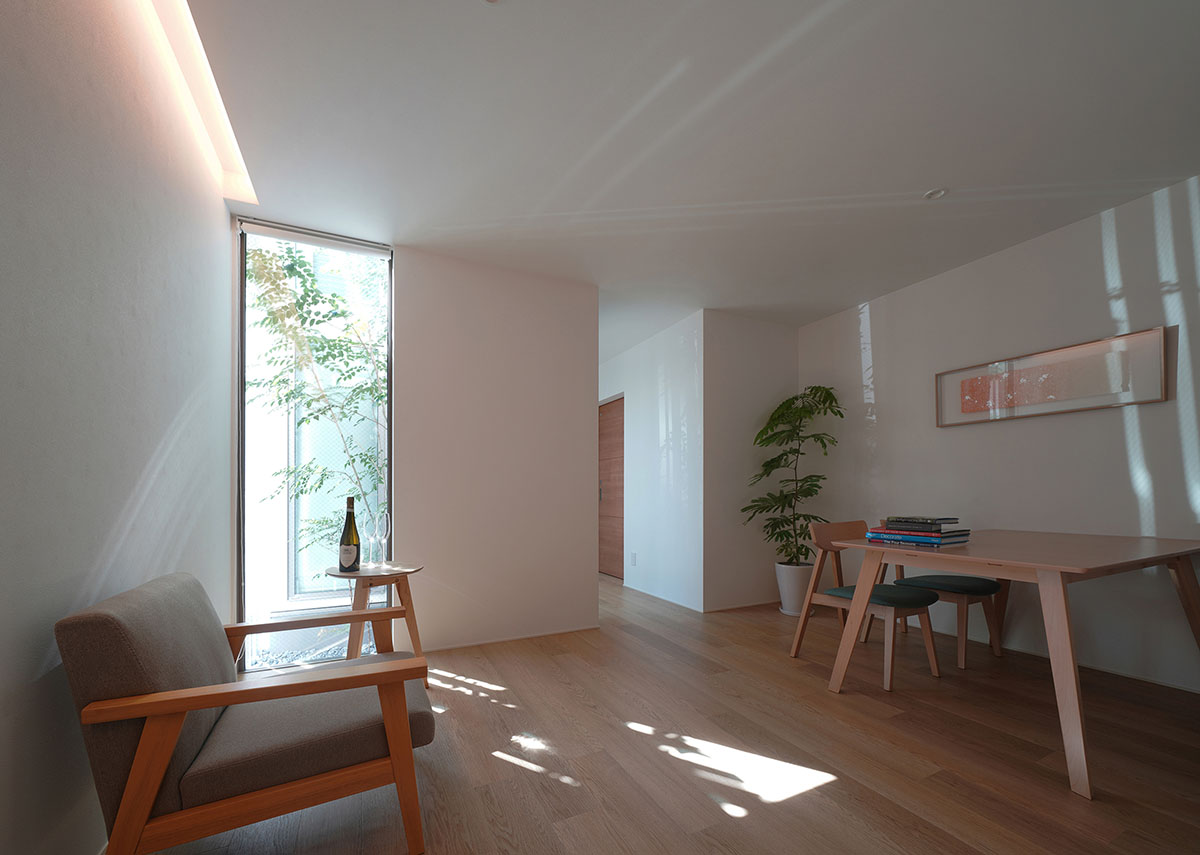 There is no obstruction between the upper part of the aluminum screen and the ceiling beam on the second floor, and the view of the sky spreads horizontally.

Looking directly above the court where the high and low trees are planted, a cut-out sky appears. 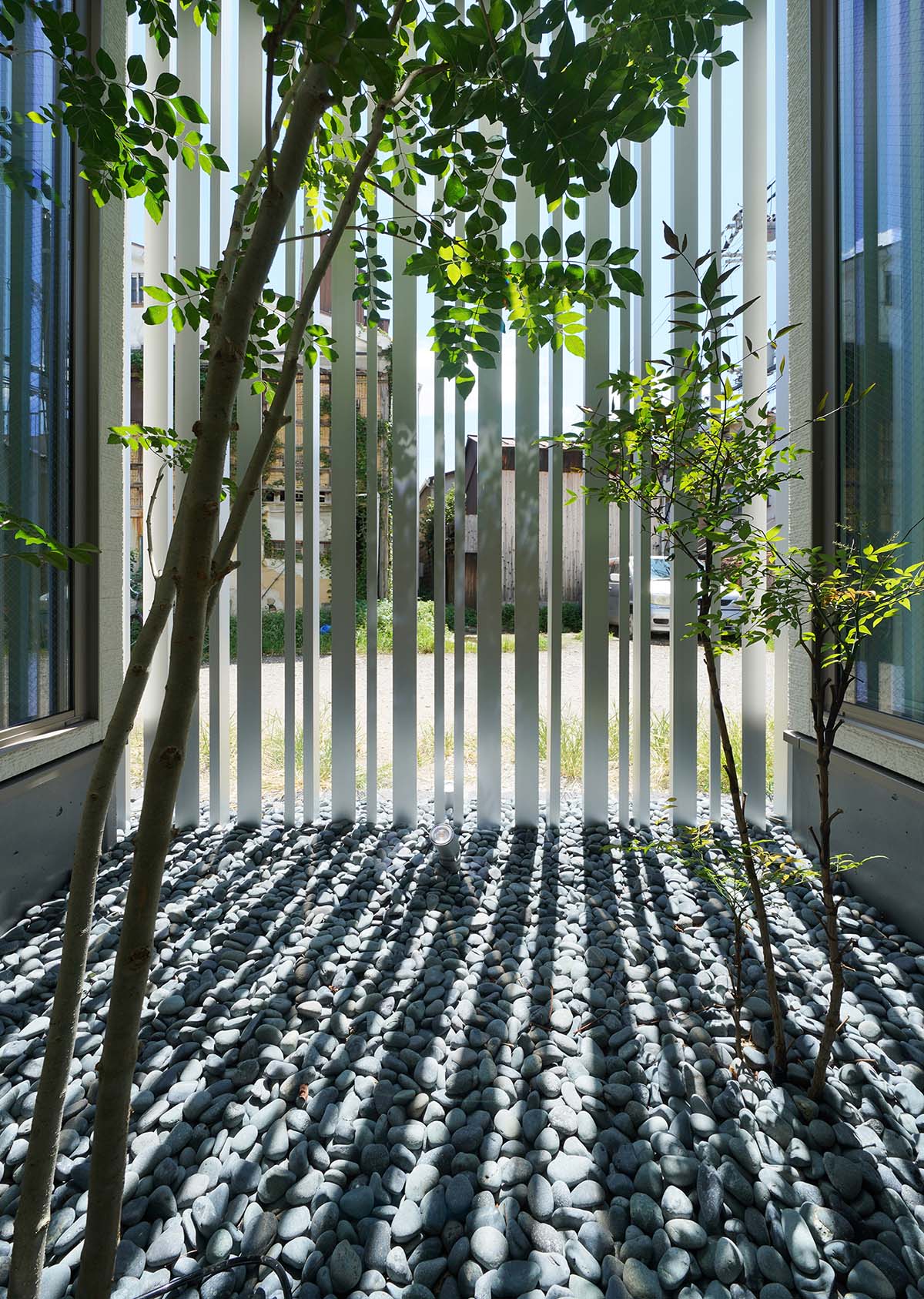 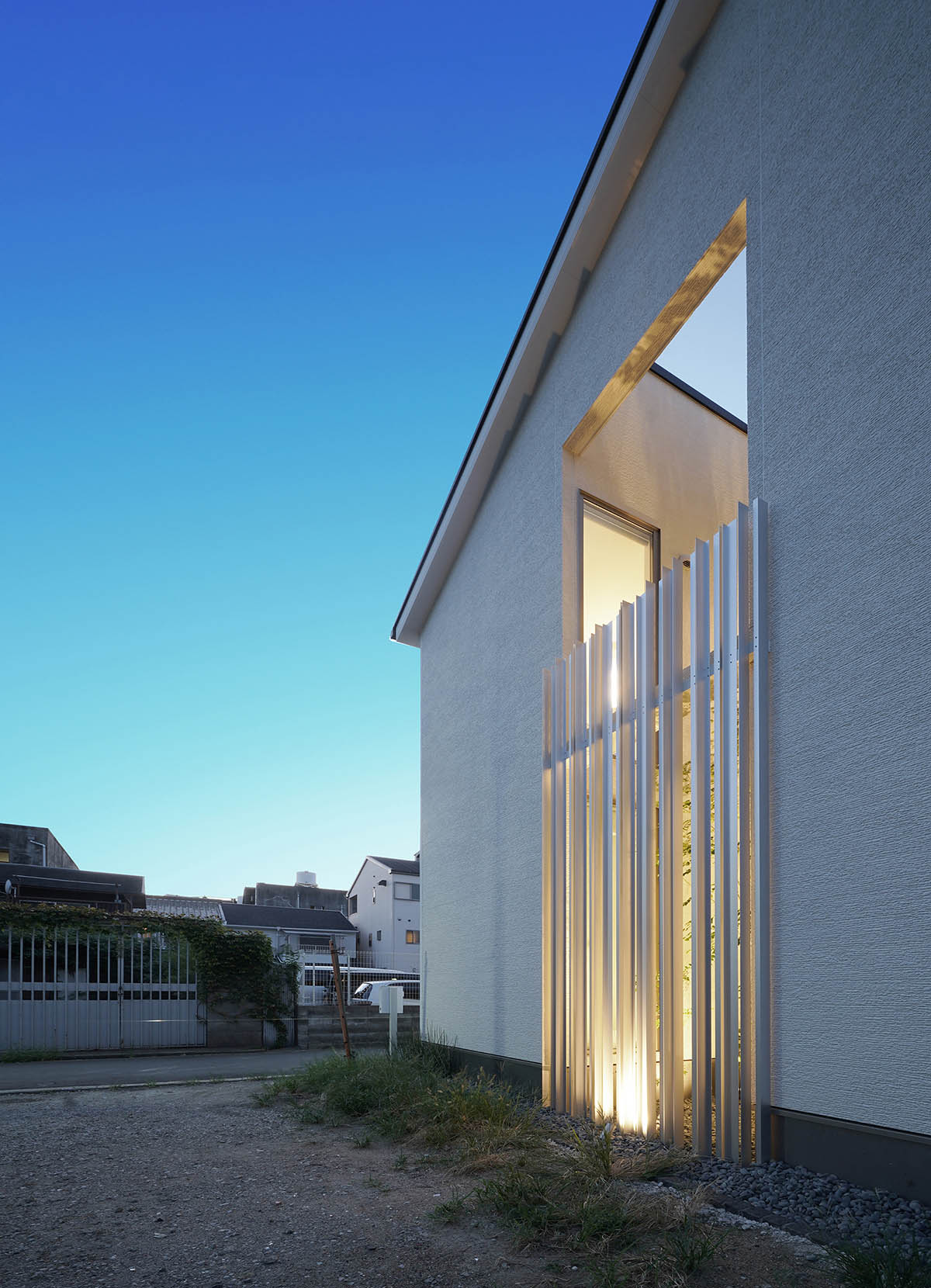 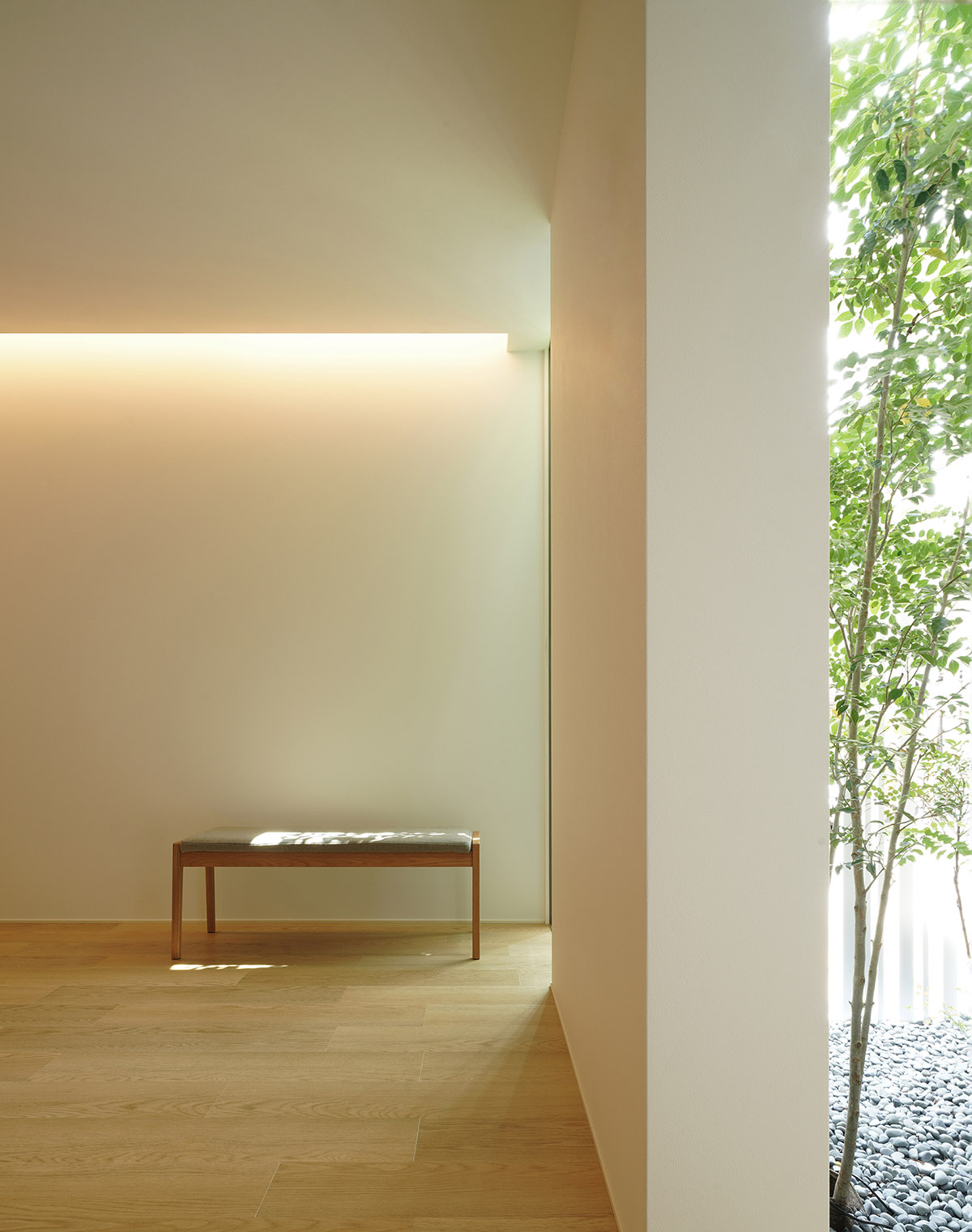 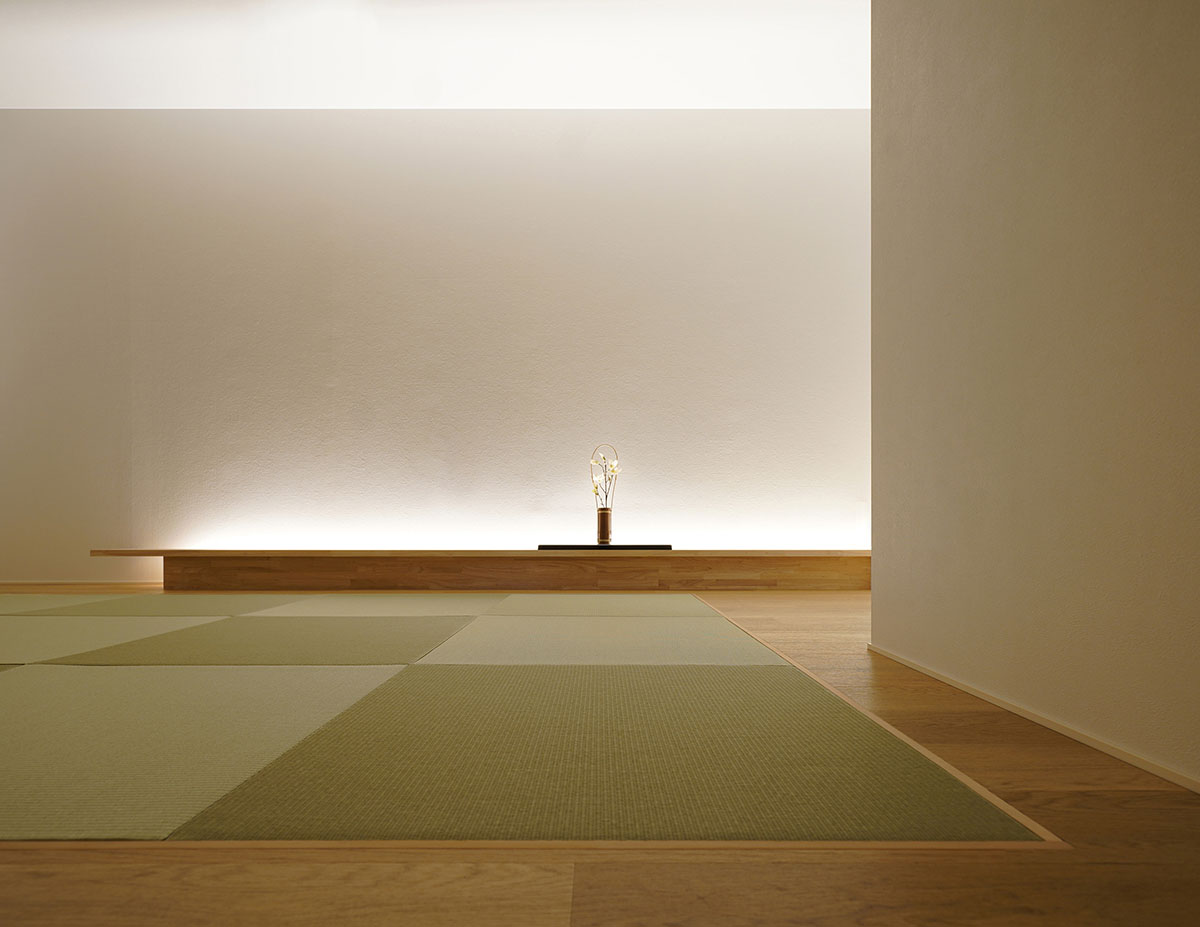 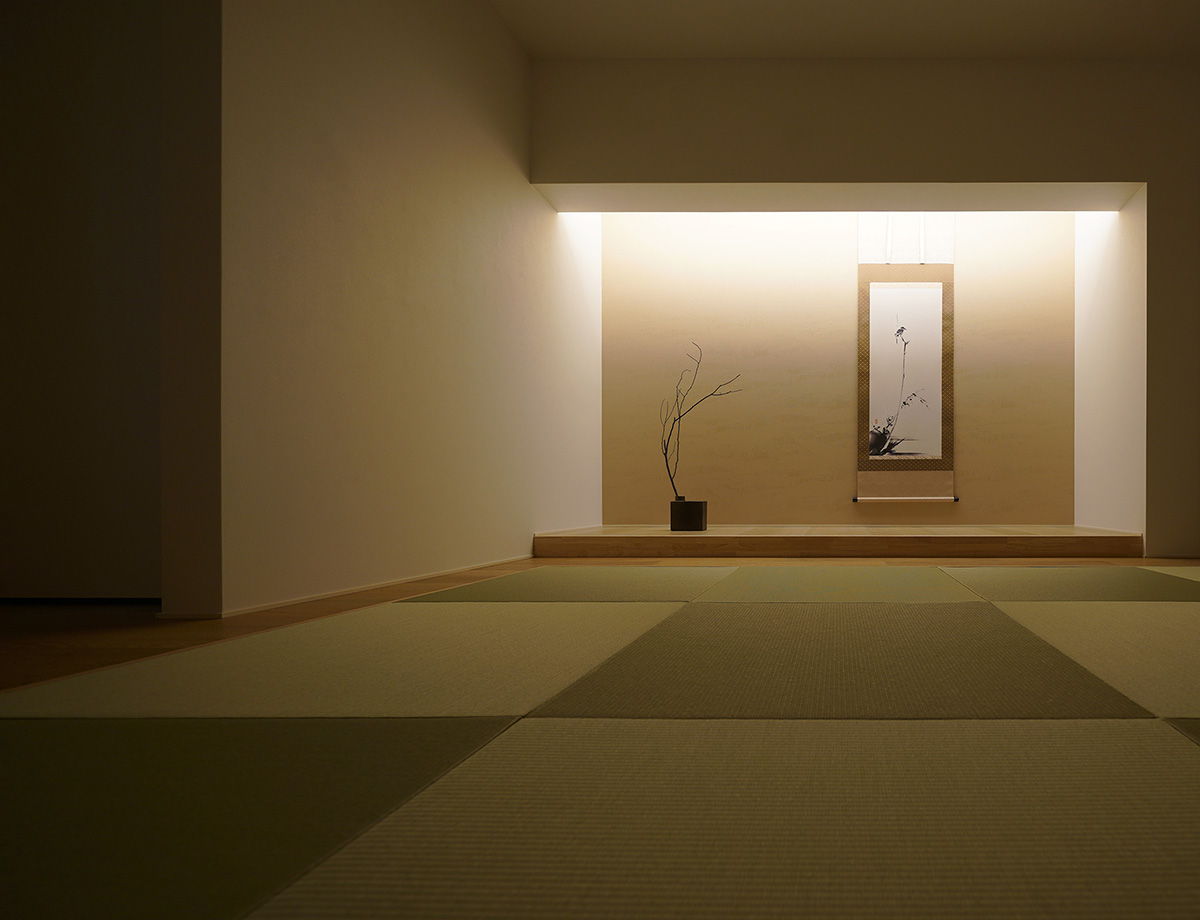 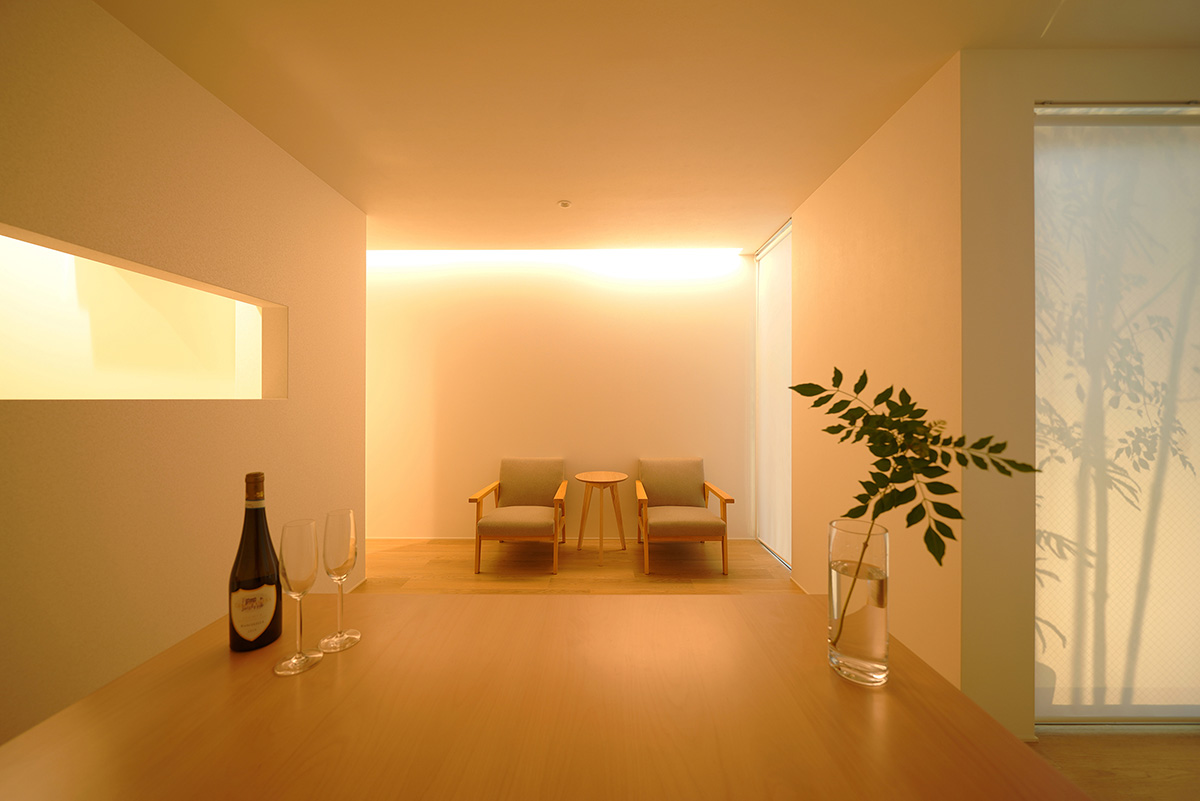 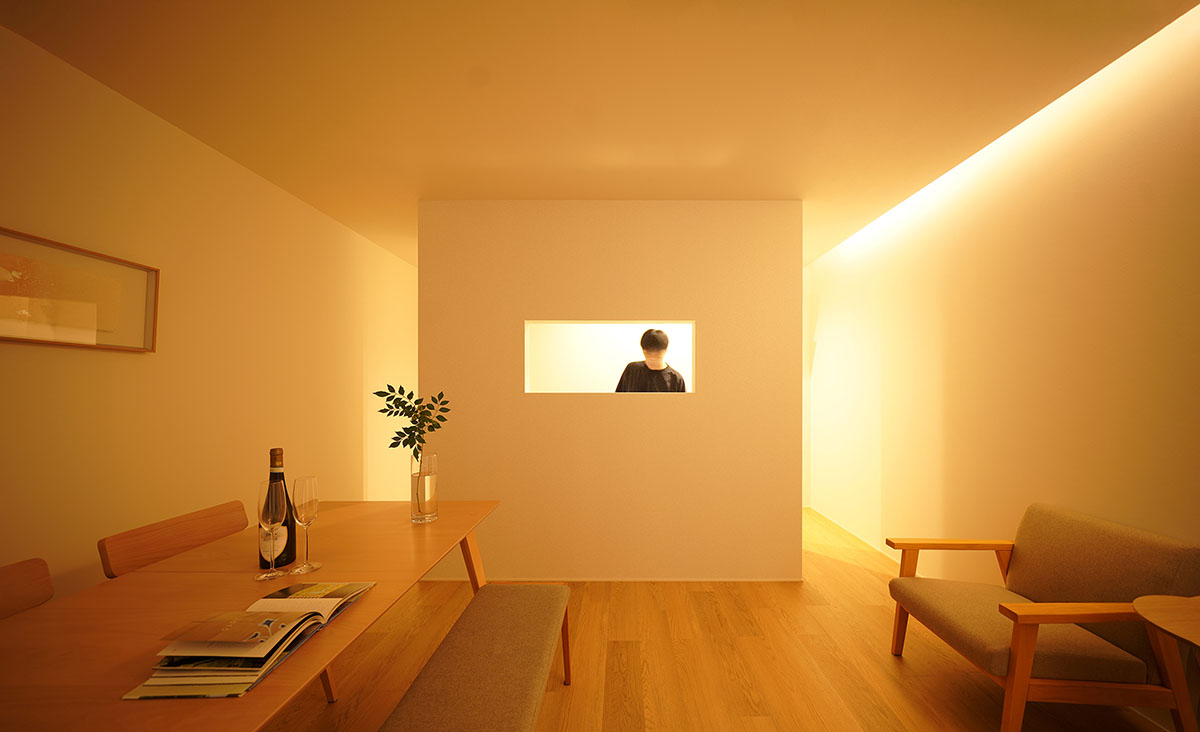 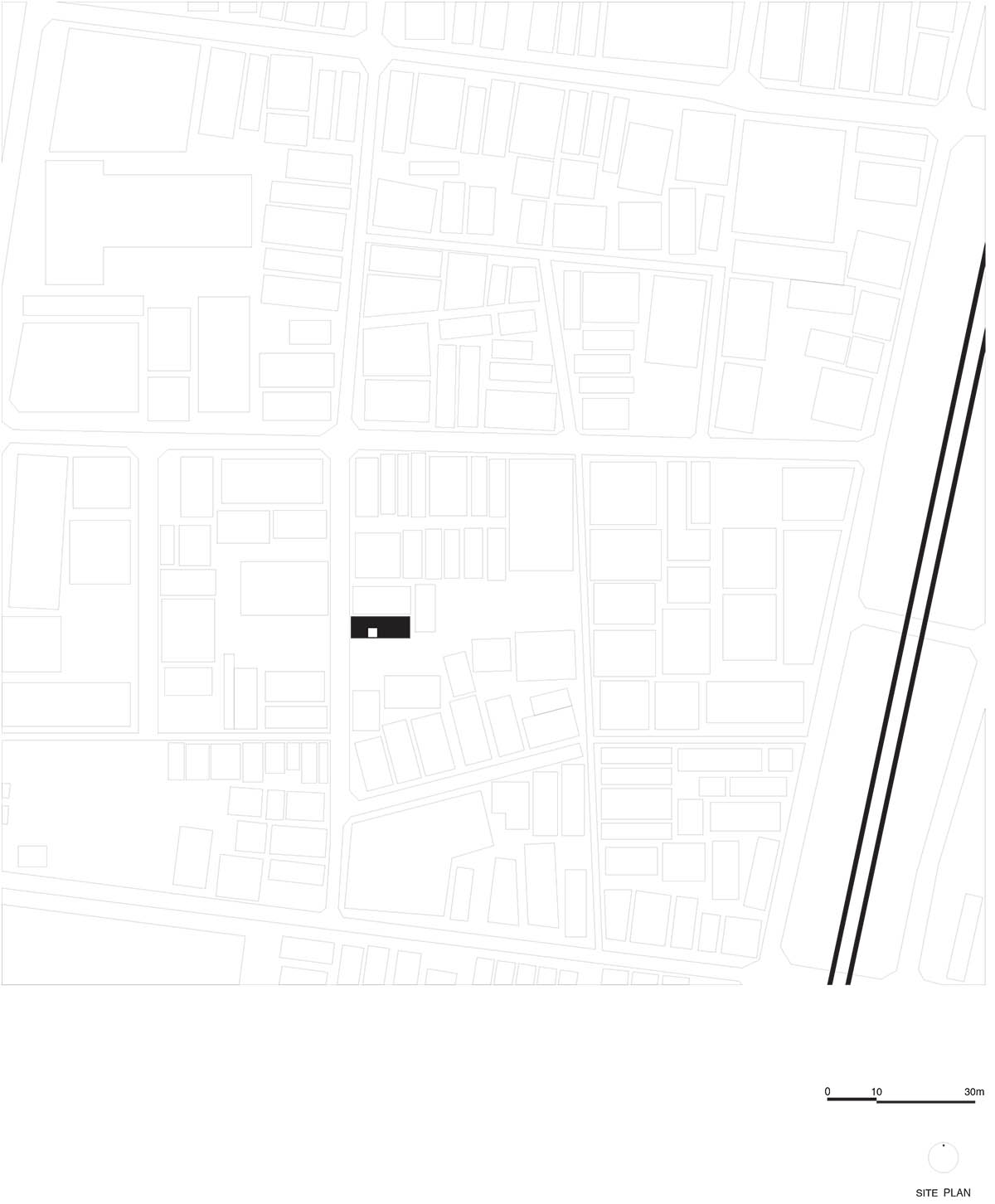 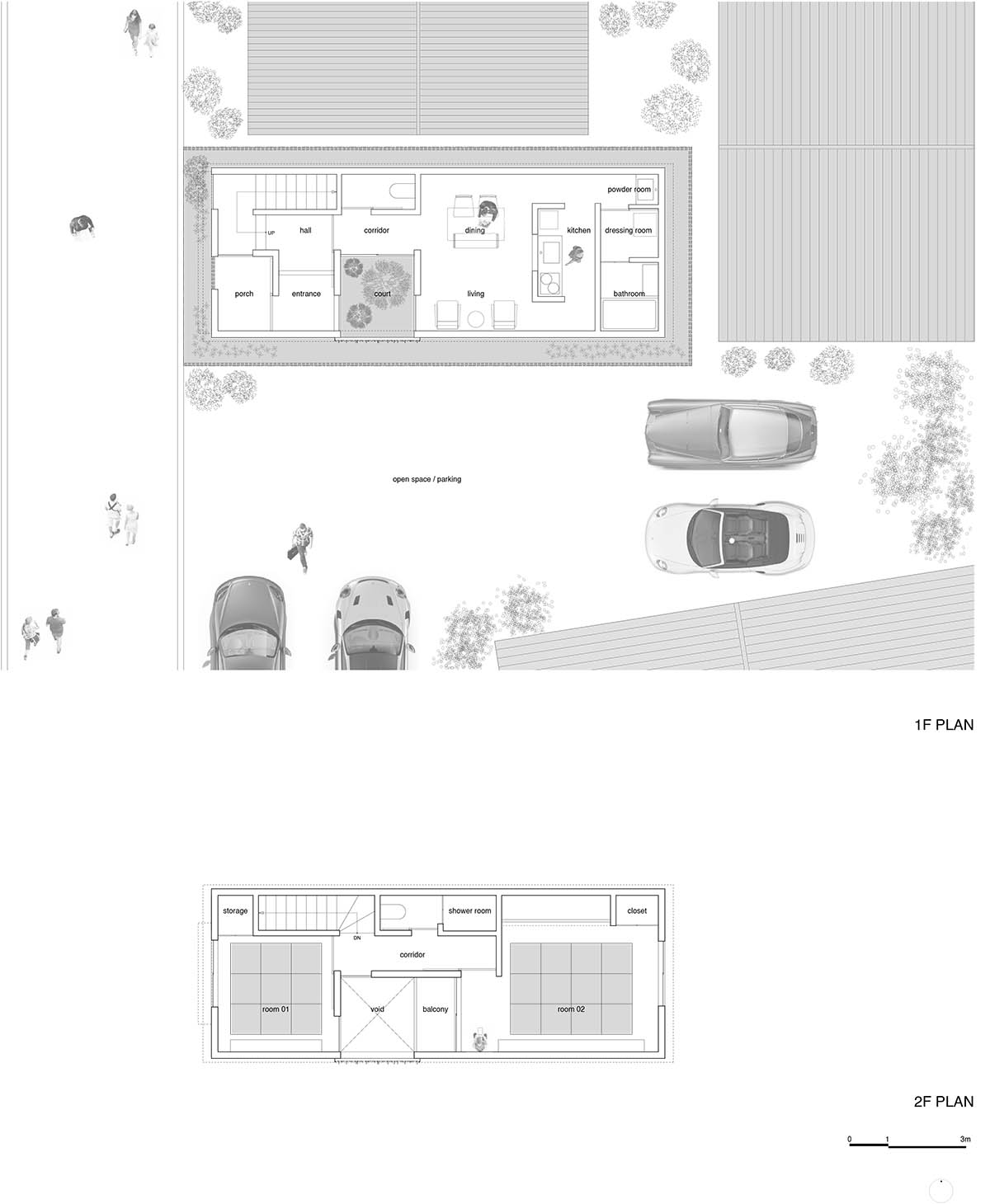 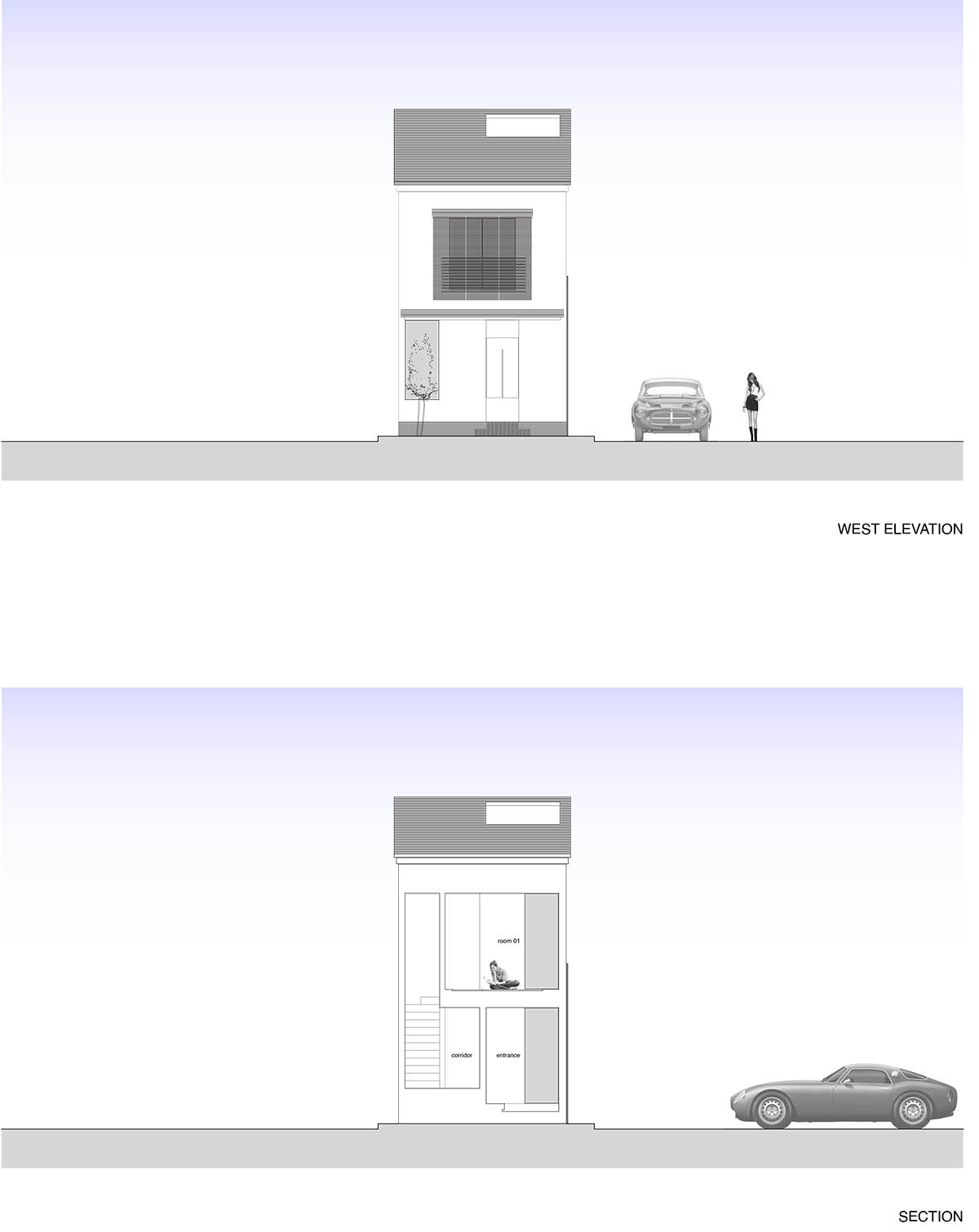 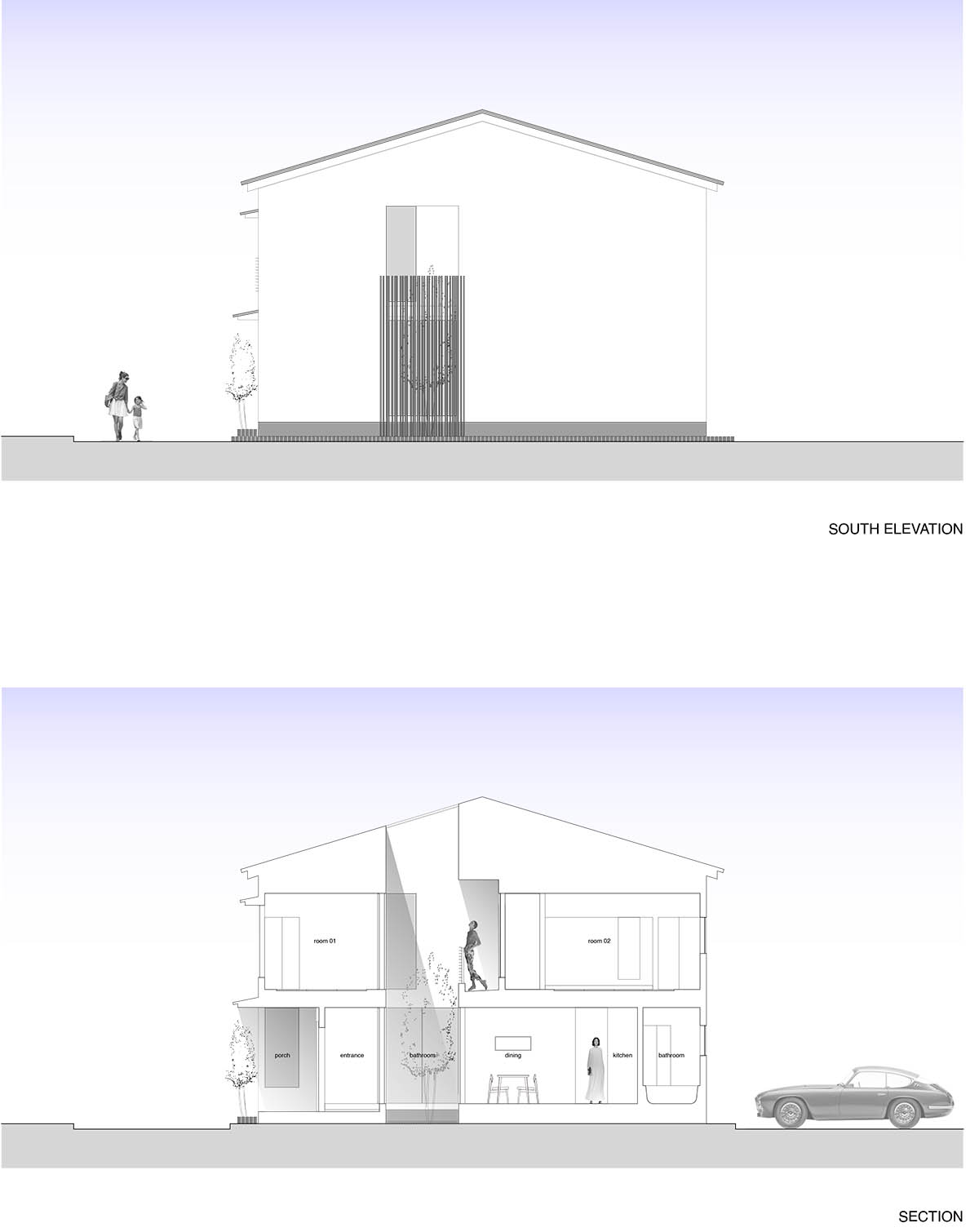 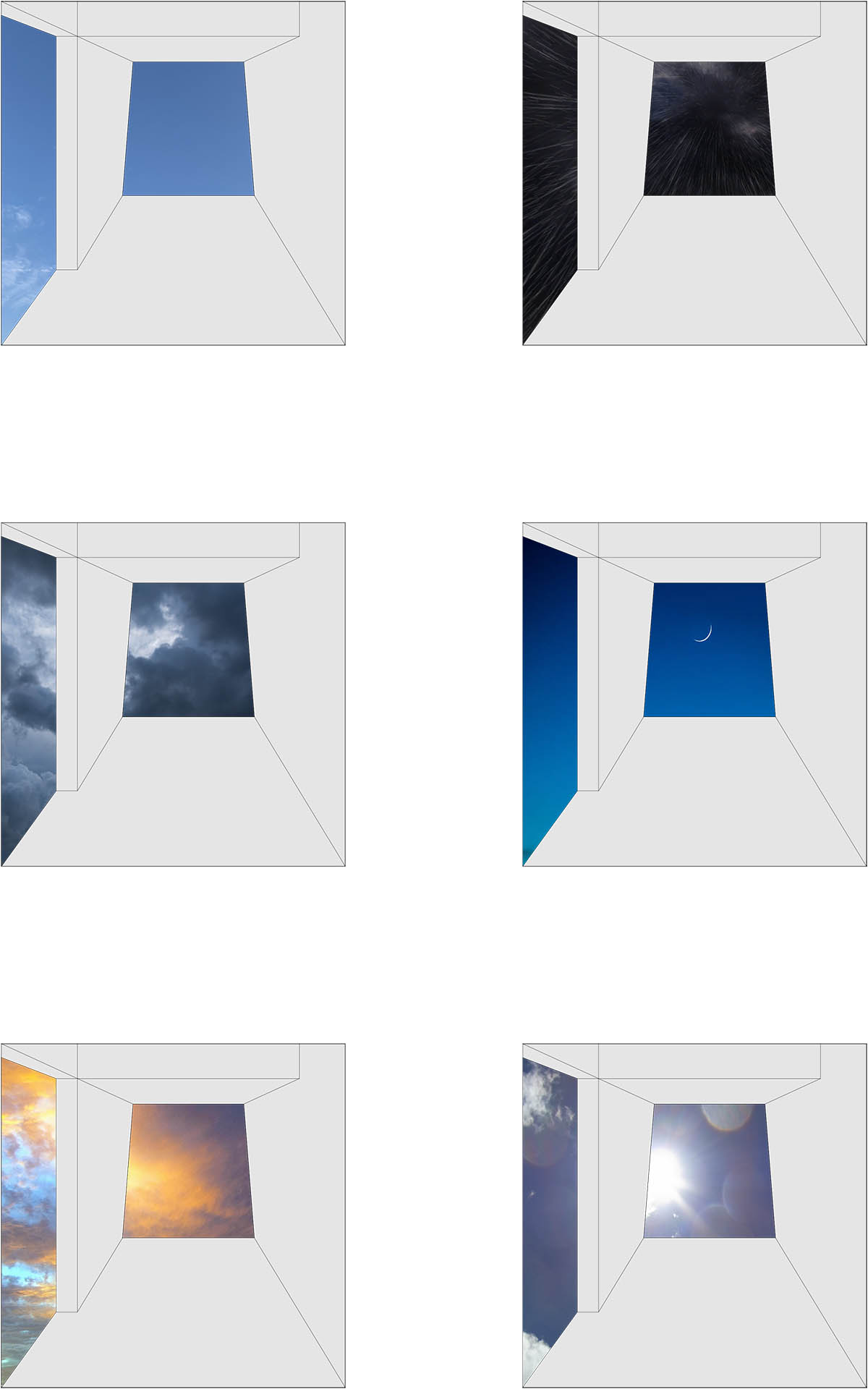