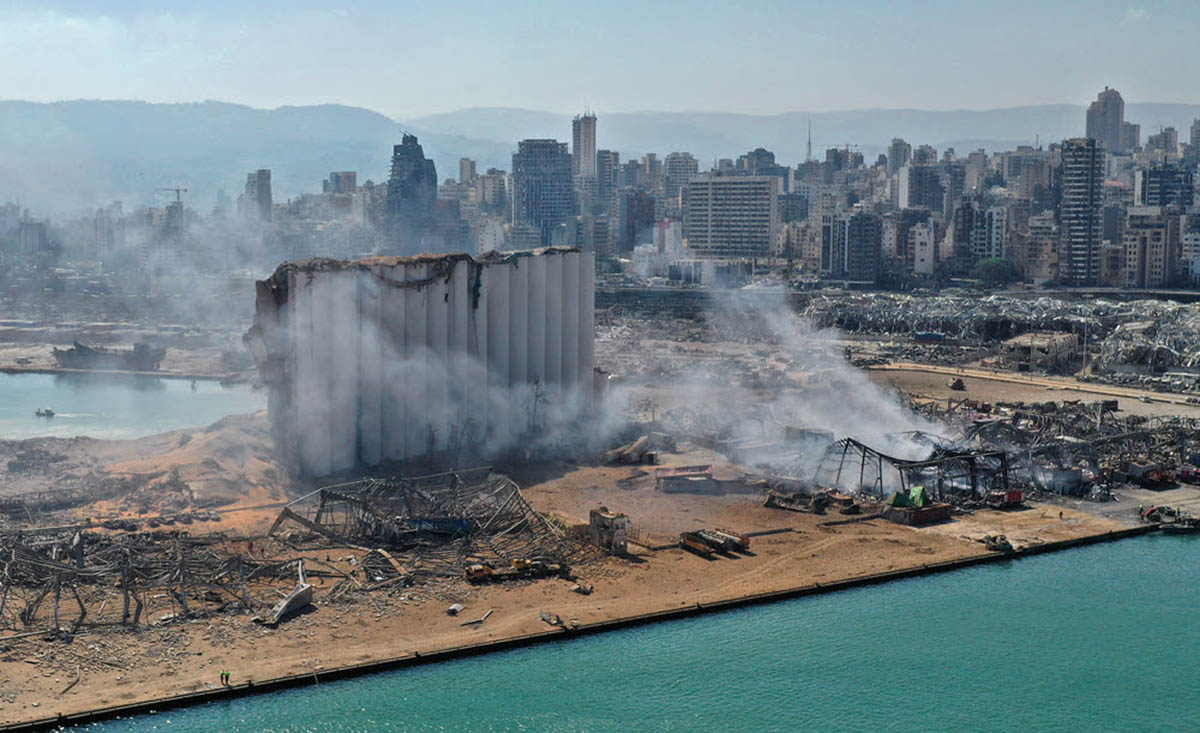 The International Union of Architects (UIA) has shared the latest news about the Beirut explosion which occurred in the port of Beirut on the 4th August and left over 200 people dead and 300,000 people homeless.

Representing the UIA, Michel Barmaki (Secretary General 2011-2014) recently met with the Mayor of Beirut, Marwan Abboud, along with Jad Tabet, President of the Order of Engineers and Architects of Lebanon (OEA), Patrick Coulombel of Emergency Architects, and Lara Moutin of the “Windows for Beirut” campaign.

Discussions centred around actions related to the emergency repair of housing and the protection and rehabilitation of Beirut’s built heritage.

The Mayor of Beirut explained the city’s plan to rehabilitate damaged buildings in several phases, starting with the most urgent repairs, such as plumbing, electricity and windows, to allow displaced populations to return to their homes.

The second phase will include rebuilding collapsed walls and repainting. The final phase will focus on the long-term repair of totally defective structures. 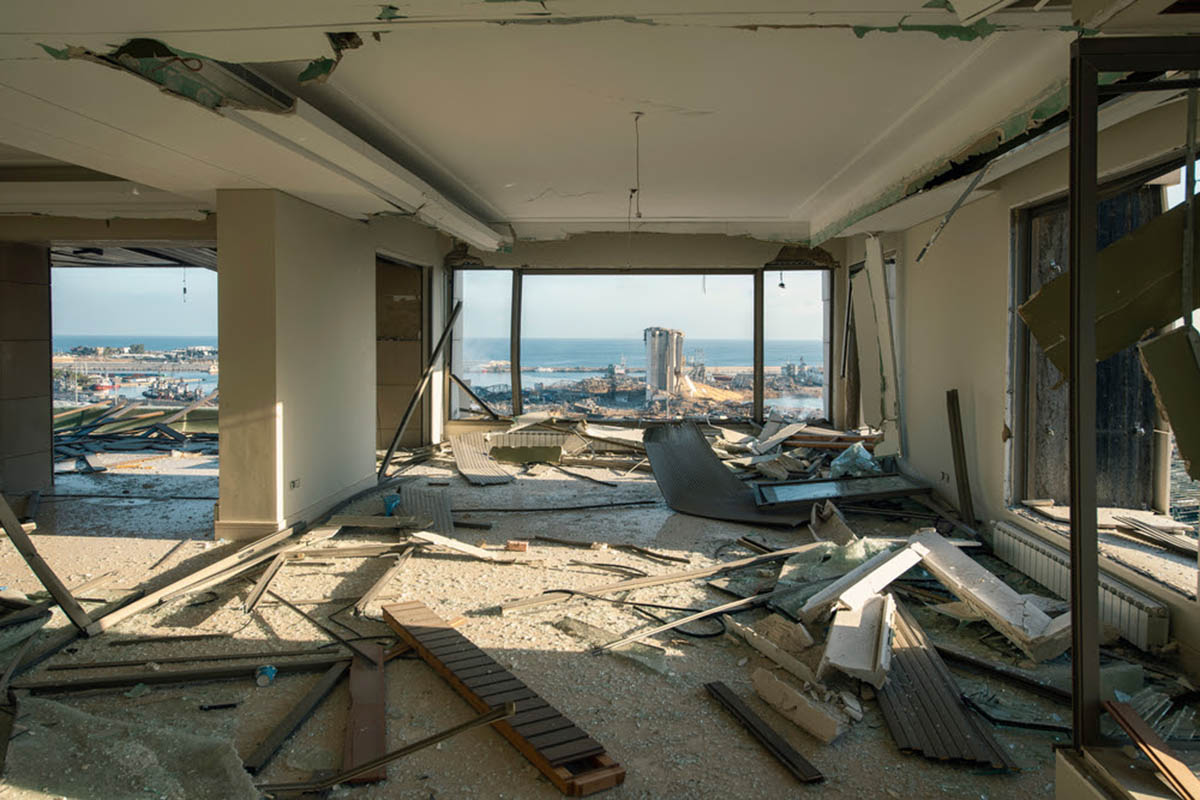 Call for donations: Windows for Beirut

In partnership with Emergency Architects, “Windows for Beirut” is a fundraising initiative launched by Ms Moutin and journalist Ricardo Karam, aiming to enable displaced people to return to their homes as soon as possible. The initiative focuses in particular on the reconstruction of façades (windows, aluminium, waterproofing).

Specialising in technical assistance for victims of natural, technological or humanitarian disasters, Emergency Architects has intervened in some thirty countries since it was founded in 2001 by Patrick Coloumbel. The association was awarded the 2014 UIA Vassilis Sgoutas Prize for architecture serving impoverished communities.

This fundraising effort will help finance these basic repairs that many of the victims are unable to undertake themselves. 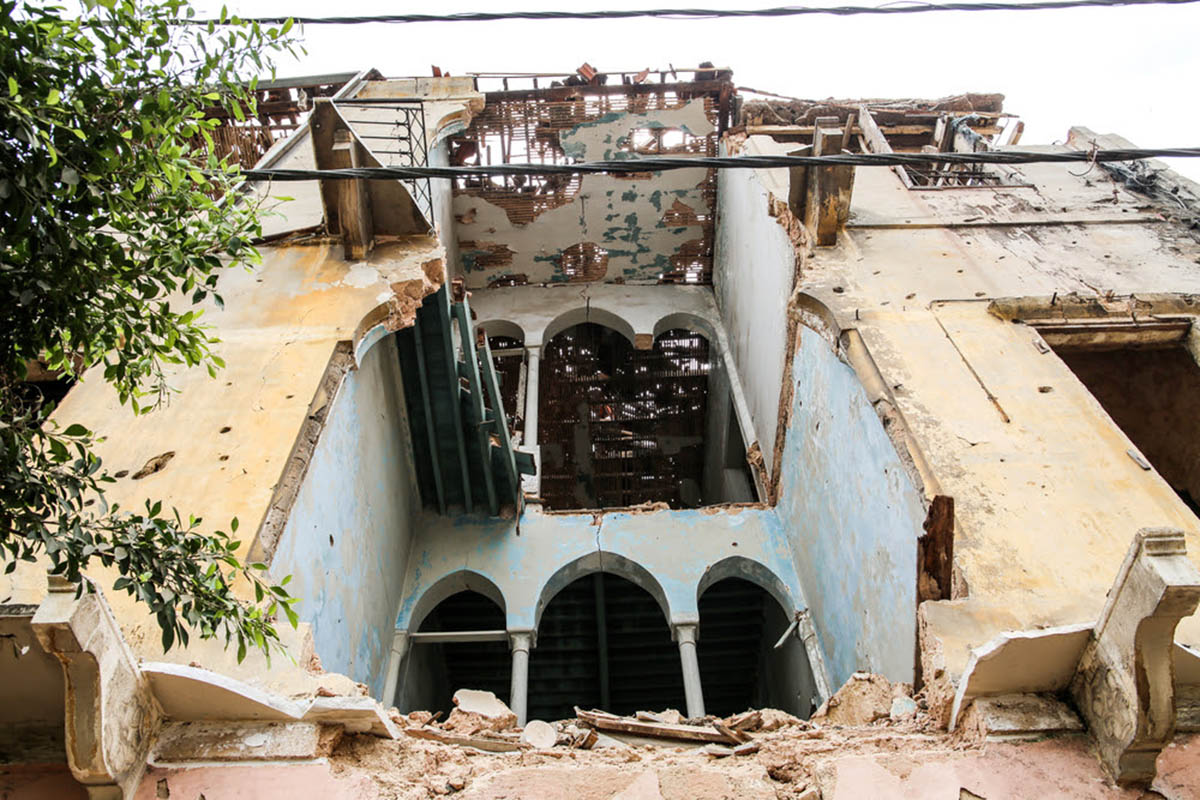 In the immediate aftermath of the tragedy, the Lebanese UIA Member Section (OEA) submitted a preliminary report on the extent of the structural damage to the Lebanese government.

The government in turn presented the report to a web conference of international donors. Except for the port where several large structures were razed to ground, few buildings were entirely demolished and most of the urban fabric is still in place.

However, in certain older neighbourhoods, traditional buildings with stone walls and pitched red tile roofs have been extensively damaged. Many such structures date from the 19th and early 20th century and a number of them are listed.

The Order has identified and indexed these buildings and has made it their mission to oversee their protection and rehabilitation. Meanwhile, any heritage buildings that present a danger of collapse have been quickly stabilised. The Order has confirmed that any building work on or around these buildings will require the explicit authorisation of the Ministry of Antiquities and Culture, the Mayor of Beirut and the Order themselves.

According to Order President, Jad Tabet, “one of the many challenges now, aside from the obvious humanitarian aspects, is to ensure the protection of traditional buildings”.

Read the full report of Jad Tabet on behalf of the Lebanese UIA Member Section.

All images courtesy of UIA