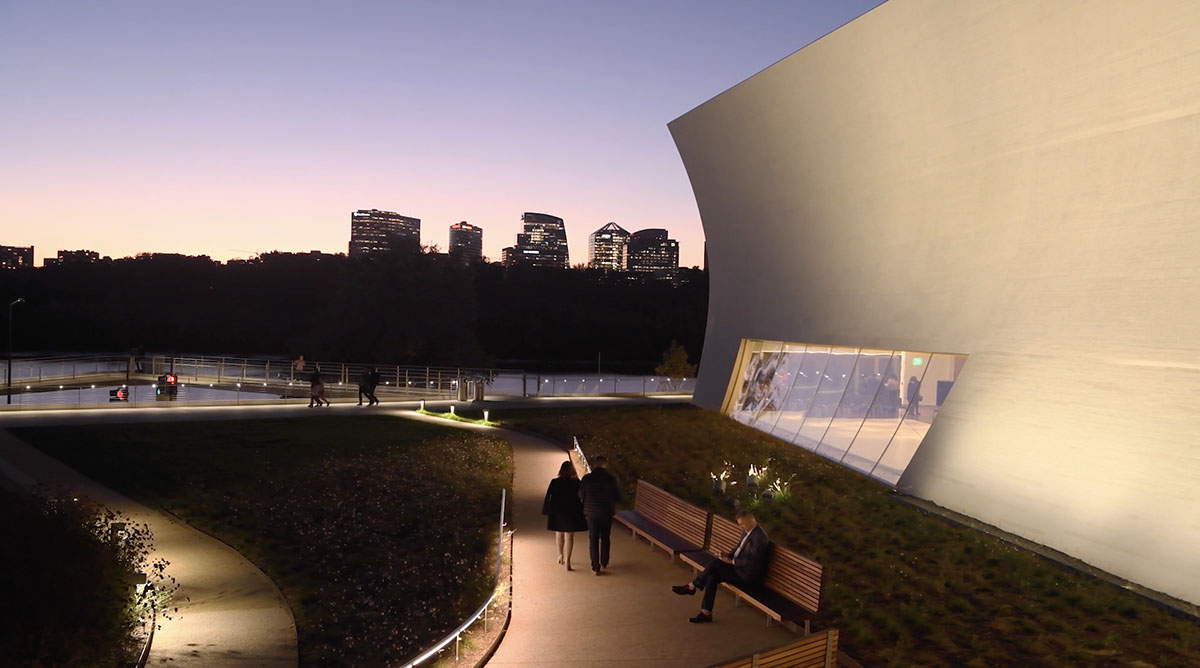 Steven Holl Architects and Spirit of Space have released a new short film on The REACH at the Kennedy Center for the Performing Arts.

Steven Holl Architects expanded the Kennedy Center with inclined concrete pavilions in Washington D.C. and completed the expansion in September 2019. 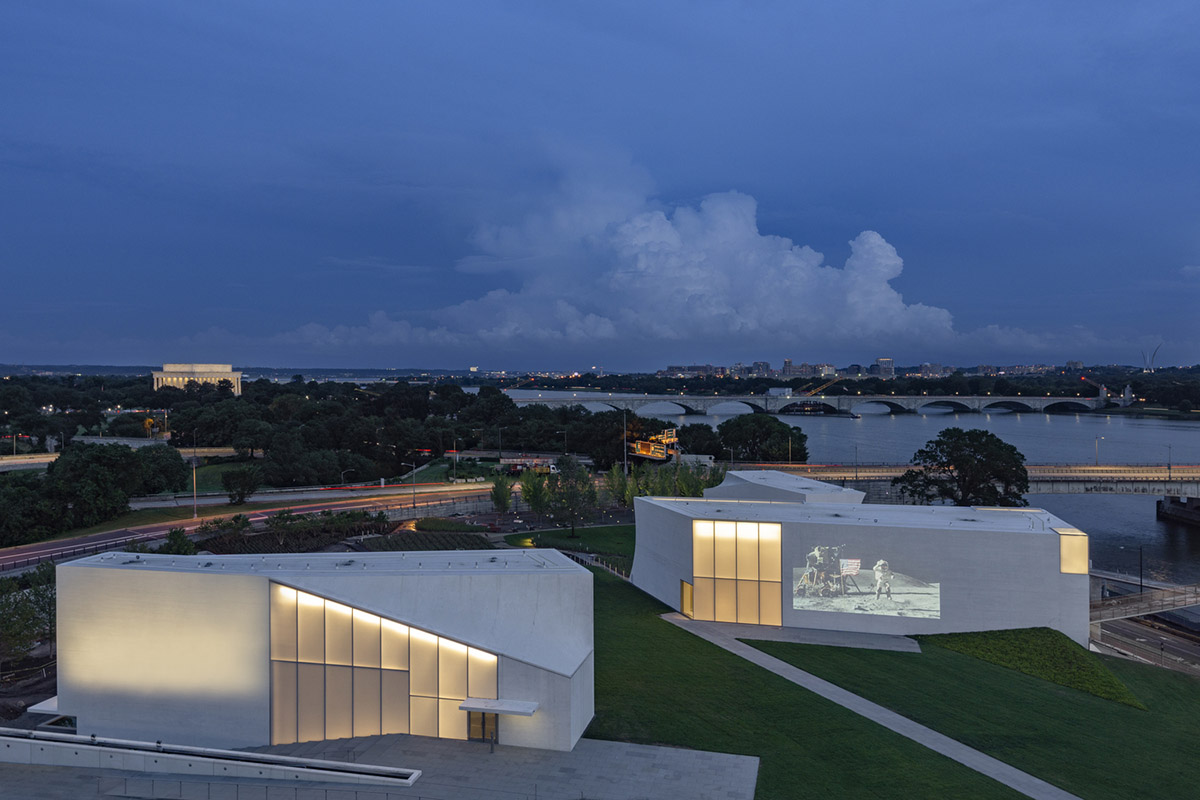 As a living memorial for President Kennedy, the REACH is not only an active performing arts center, it is a living landscape embedded with a narrative reflection on the life of the President.

The public is invited to meander through the open landscape at all times of day. It provides both large and intimate spaces to gather, and its varied gardens offer opportunities for performances and events, including a Simulcast Lawn where performances inside the original building are projected onto The REACH’s largest pavilion for free outdoor viewing. 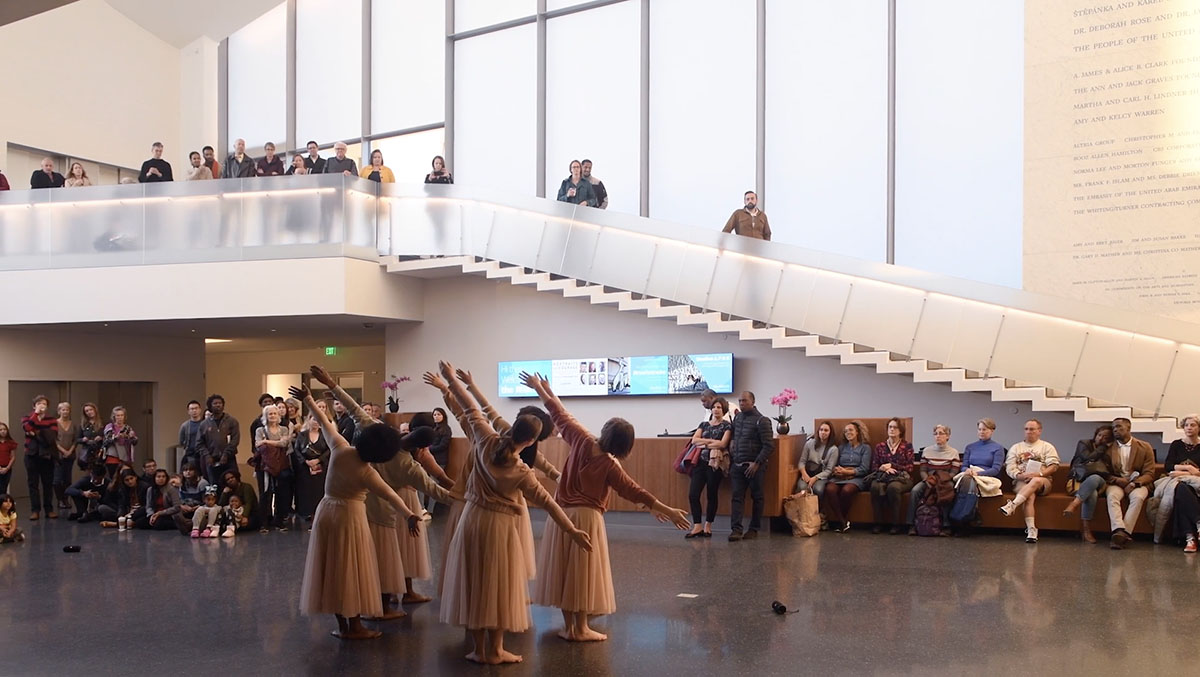 Still from The REACH film. Image © Spirit of Space

Today, President Kennedy’s words continue to inspire: "Our most basic common link is that we all inhabit this small planet. We all breathe the same air, we all cherish our children’s future, and we are all mortal." 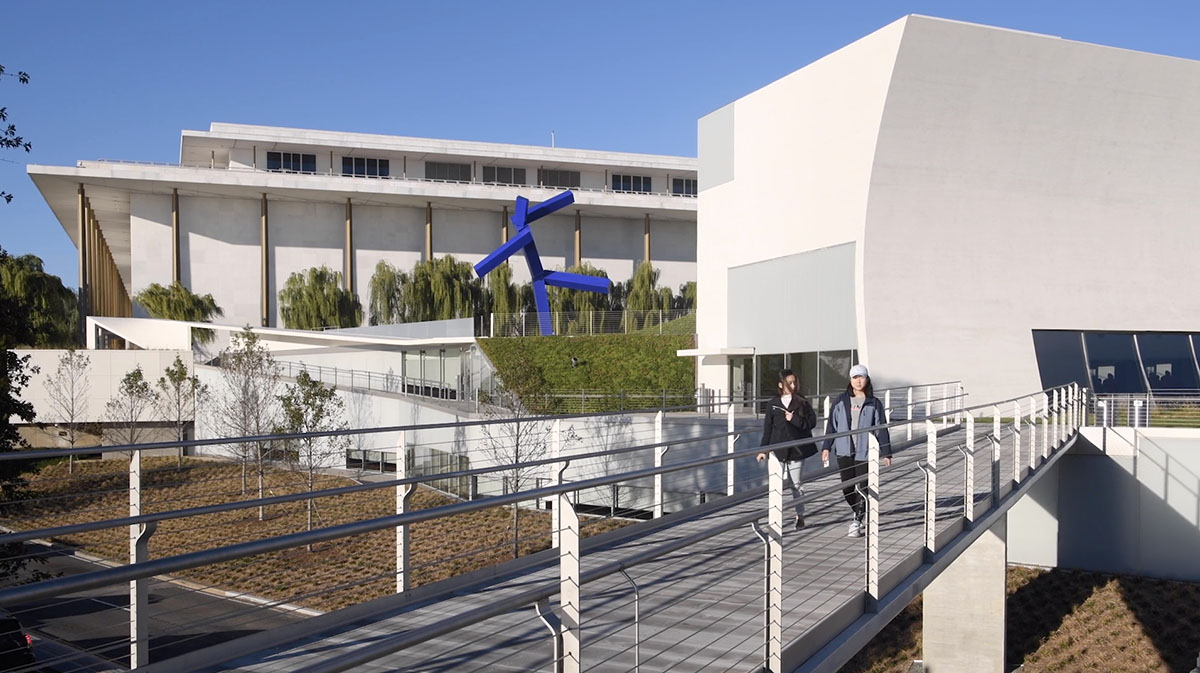 Still from The REACH film. Image © Spirit of Space

Read more about design on WAC's previous coverage. Steven Holl Architects and Spirit of Space have collaborated on films that document the firm’s projects since 2012. All films are available here.

Top image: Still from The REACH film © Spirit of Space