Danish architecture studio Dorte Mandrup together with Bisgaard Landscape and Rambøll have won an international competition to design a new mixed-use project on the Banks of Gothenburg's Riverfront in Sweden.

Described as "a sculptural wooden crown", the 37,500-square-metre building, raised on an open, transparent base, will contain offices, apartments and a variety of cultural activities.

The team's proposal is based on an ambition of climate neutrality, timber, upcycling and biodiversity which are set as key elements in design.

Named Kromet, in a project review for the competition, the project was described as "the contribution that best met the overall assessment criteria and wishes in the program for the parallel assignment carried out for the Kromet block in the Lilla Bommen area." 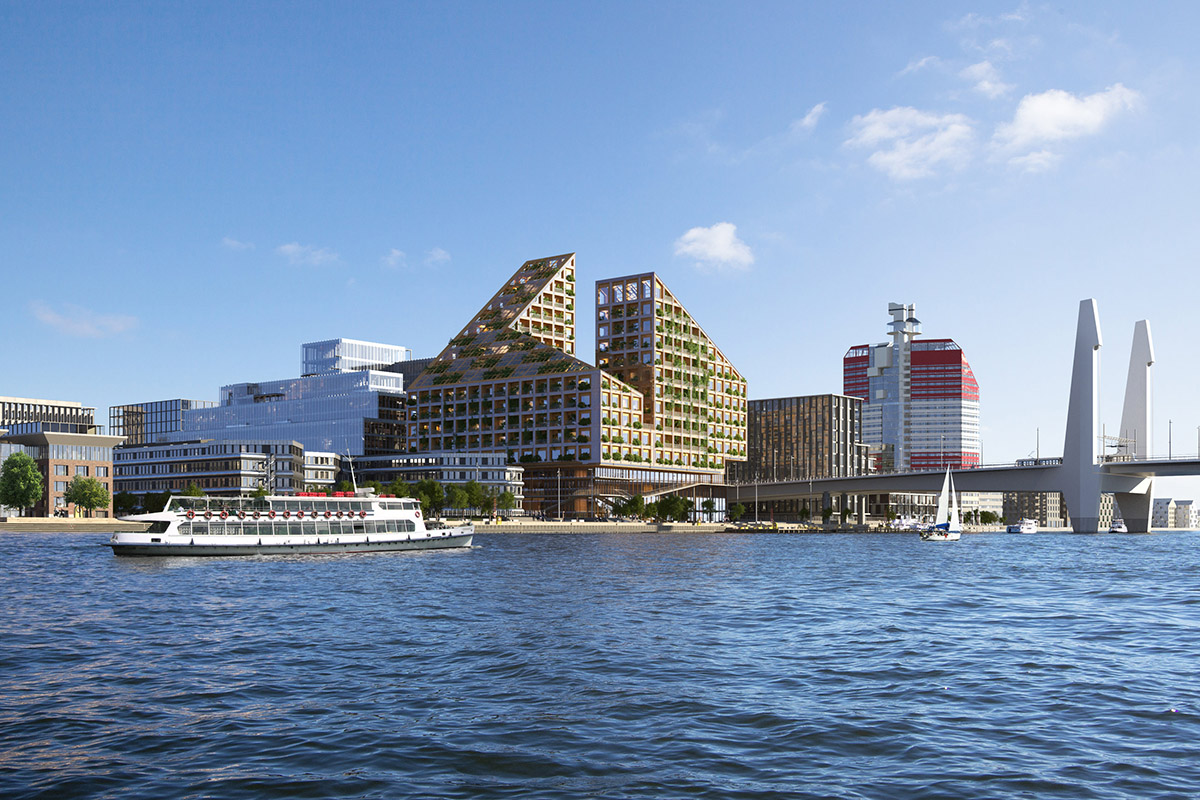 The competition was arranged by Vasakronan AB in collaboration with the City of Gothenburg and the Swedish Architects. The process started in the fall of 2019. A total of 43 applications were submitted.

"I am proud that we have managed to bring a sculptural quality into the large volume and create a sustainable construction that allows flexibility over time," Founder and Creative Director, Dorte Mandrup.

"Vasakronan's high ambitions have made it possible to challenge conventions and create a future-proof building, that at the same time holds a high architectural value," Mandrup added. 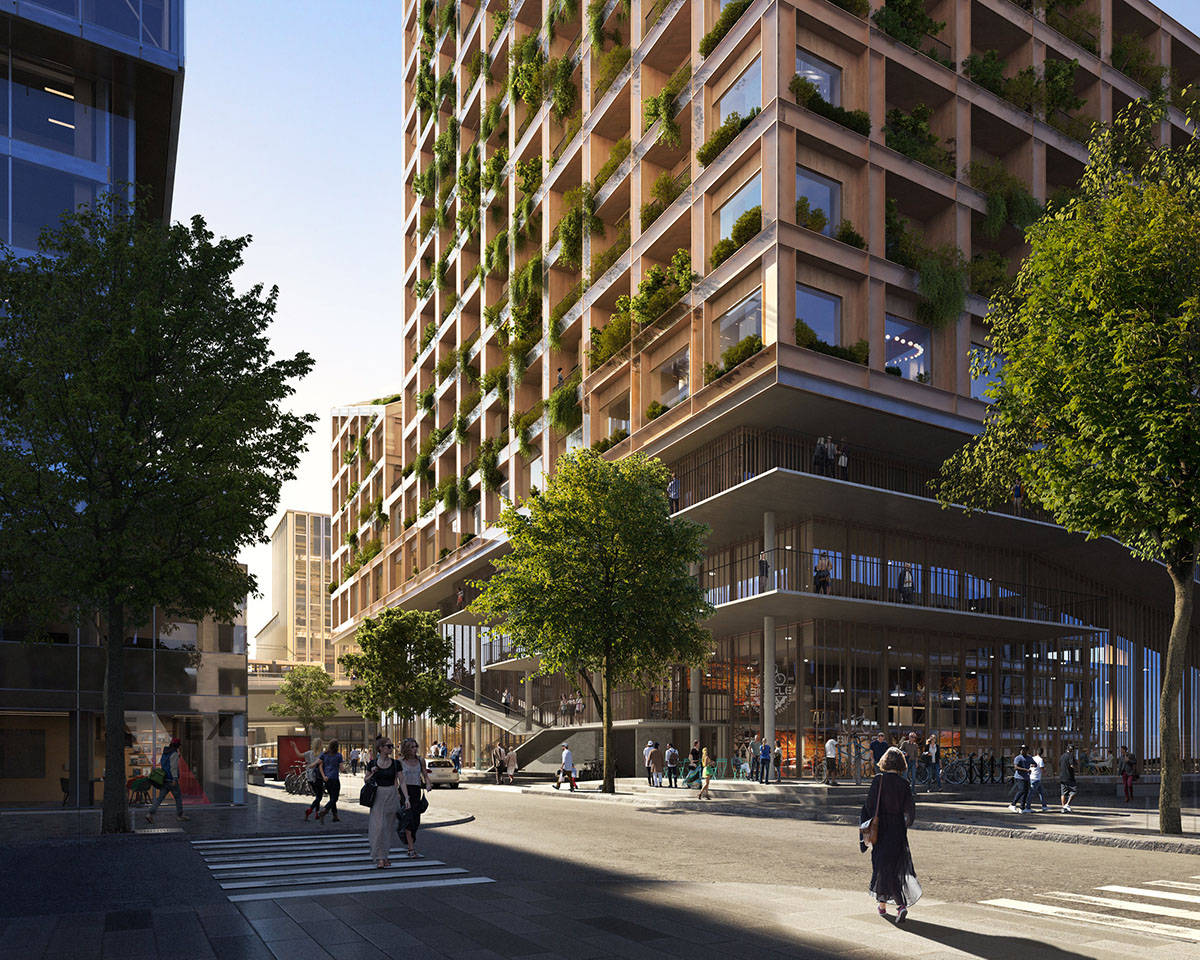 Through its transparent base, the plinth dynamically connects the different levels of the surrounding urban spaces – the quay, the street, and the bridge.

On the street level, there will be a mix of niche shops, co-working spaces, a bike repair shop, restaurants, and maybe even a theatre and a sourdough hotel will create a vibrant atmosphere. Paths and streets go both through and around the building, making sure that the public connections are not blocked even when the building is closed at night.

On top of the base, the team designs a distinctive wooden crown. The crown will house offices, and a mix of condos, rental apartments, student housing, and co-living apartments. All over the wooden façade are balconies – pockets with integrated plant boxes that function as semi-private, lush outdoor spaces for the residents of Kromet. 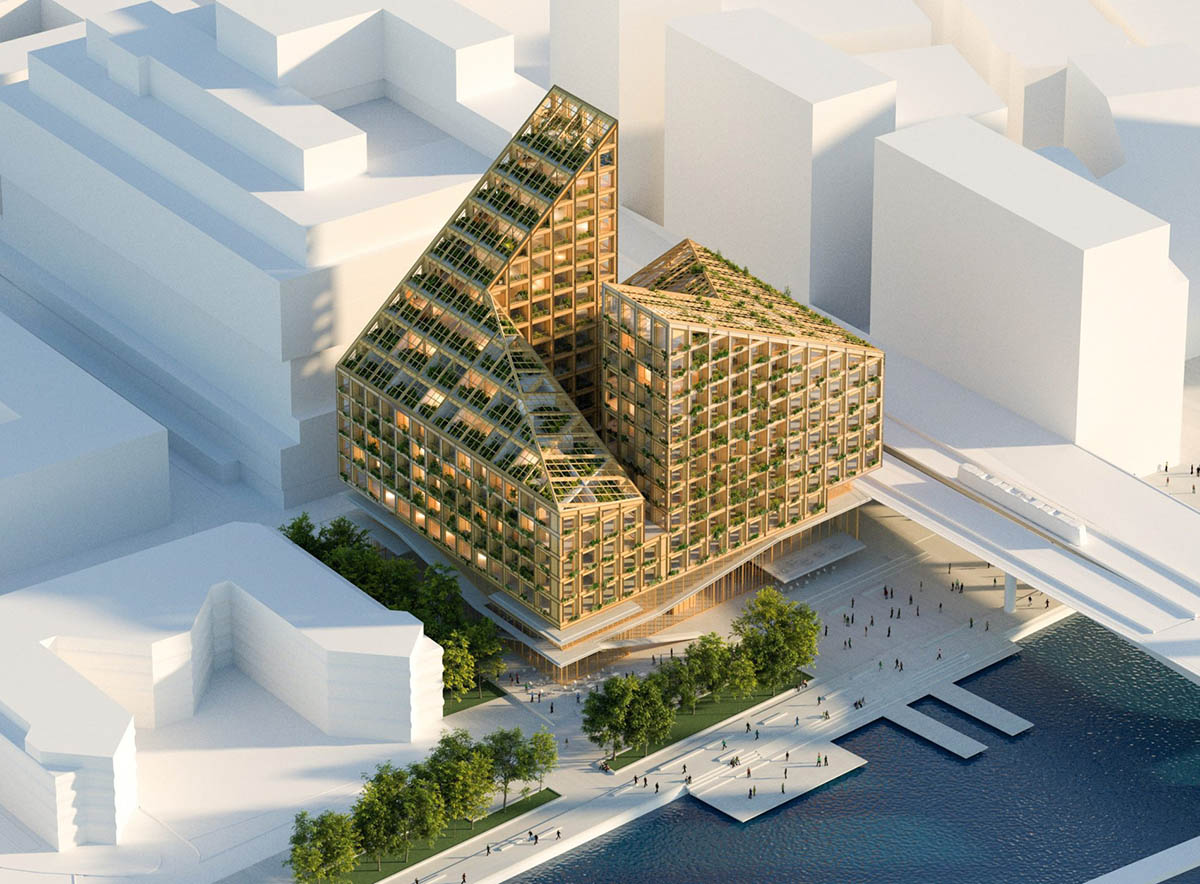 Different Swedish woods, shrubs, and grasses match the different micro-climates occurring between the floors due to the height of the building. Collected rainwater and beehives on the roof are integrated into the lifecycle and contribute to biodiversity.

The winning team has consistently worked with sustainability, and the ambition to achieve LEED Platinum has affected all choices. Concrete from the existing building is crushed on-site and reused in the new building's base, while recycled glass is given new life as a terrazzo coating on the concrete surface. 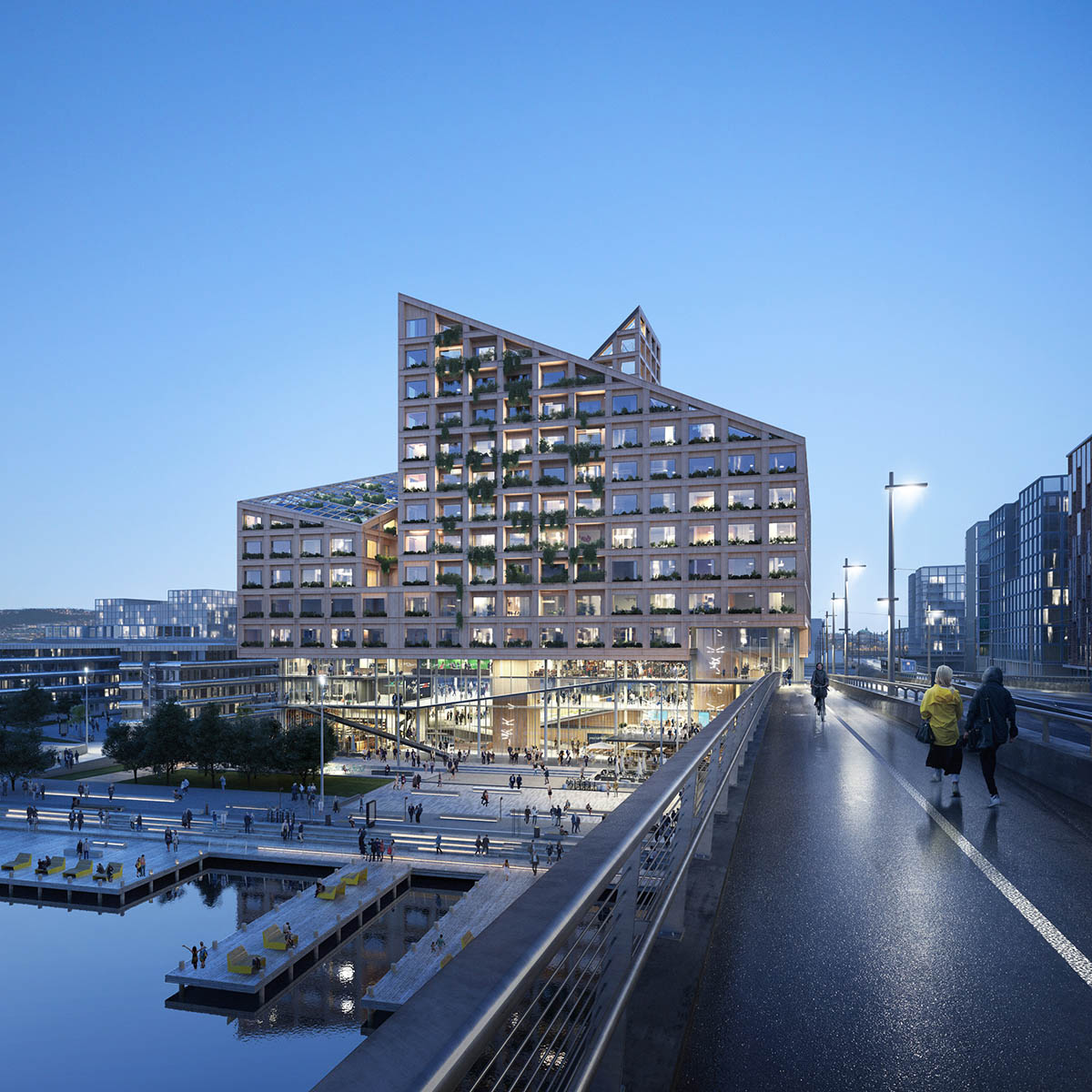 The remaining building is constructed in wood, with columns and beams made of glulam, and floors and walls of cross-laminated timber (CLT). This makes it possible to use prefabricated elements, creating a flexible building where spaces and functions can be changed over time.

Dorte Mandrup founded Dorte Mandrup Studio in 1999. The studio has 70 architects, producing different types of projects around the world.

Dorte Mandrup recently won a competition for a world-class attraction landmark for the whale in Norway. The studio is currently working on a new culture house and library in the heart of Swedish baroque city Karlskrona.