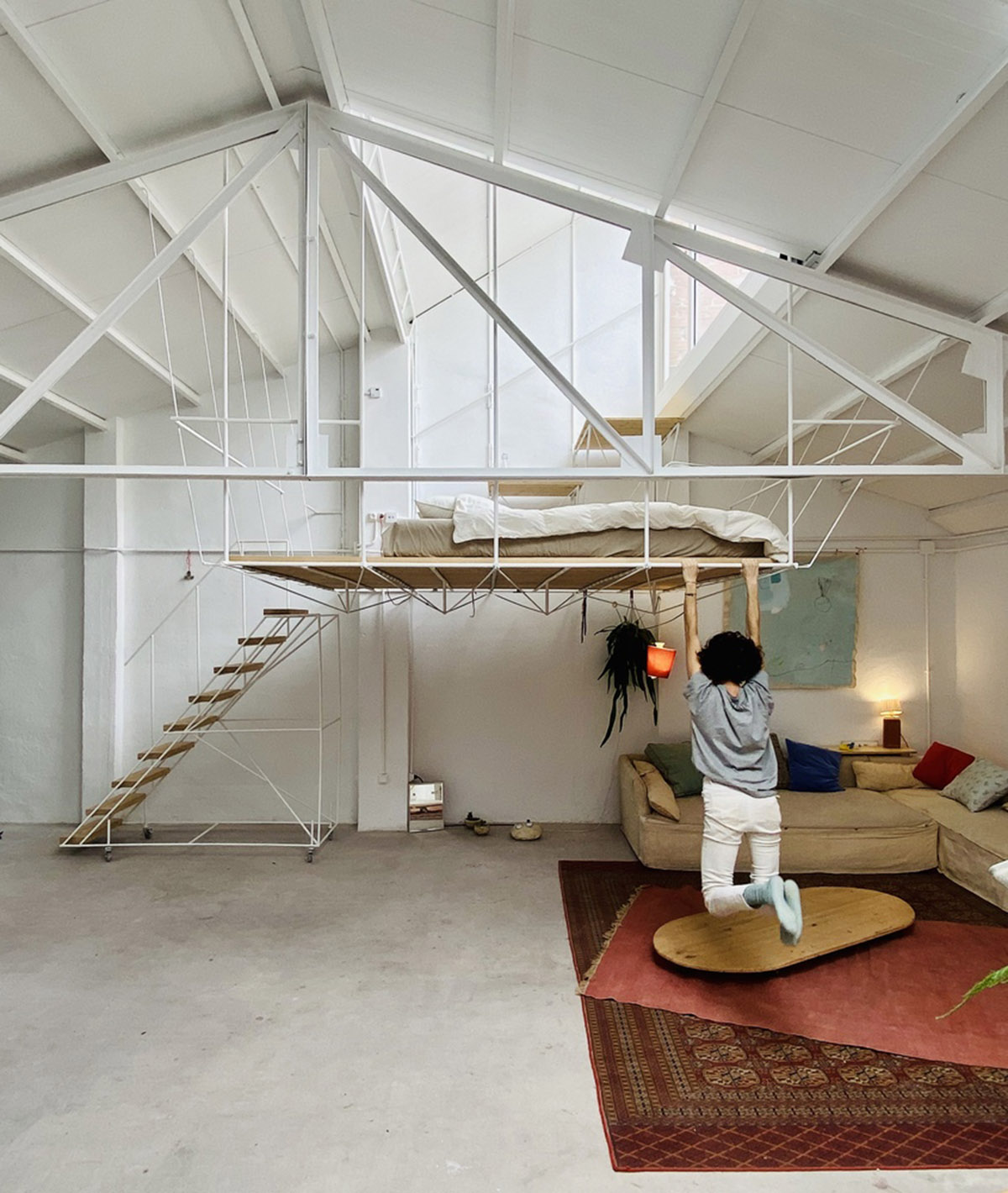 Madrid-based architect Pía Mendaro has transformed an old warehouse into an artist's studio-house that is fully reconfigurable and adaptable to the needs which will appear over time.

Called Topo's Shed Workspace and Housing, the interior space, covering a 100-square-metre, was designed for an artist Clara Cebrian, who is a friend of the architect. The project is located in Madrid, Spain. The interior space almost addresses to "nothingness" and is not filled with many furnitures and fixtures. It only includes basic furnitures.

As the architect highlights, the artist doesn't like overly designed things and she wanted something "like Ron Weasley’s house"; something that could adapt to the needs that appear over time.

"The project, therefore, had to provide a basis for life to happen and be ‘almost nothing’," according to the architect. 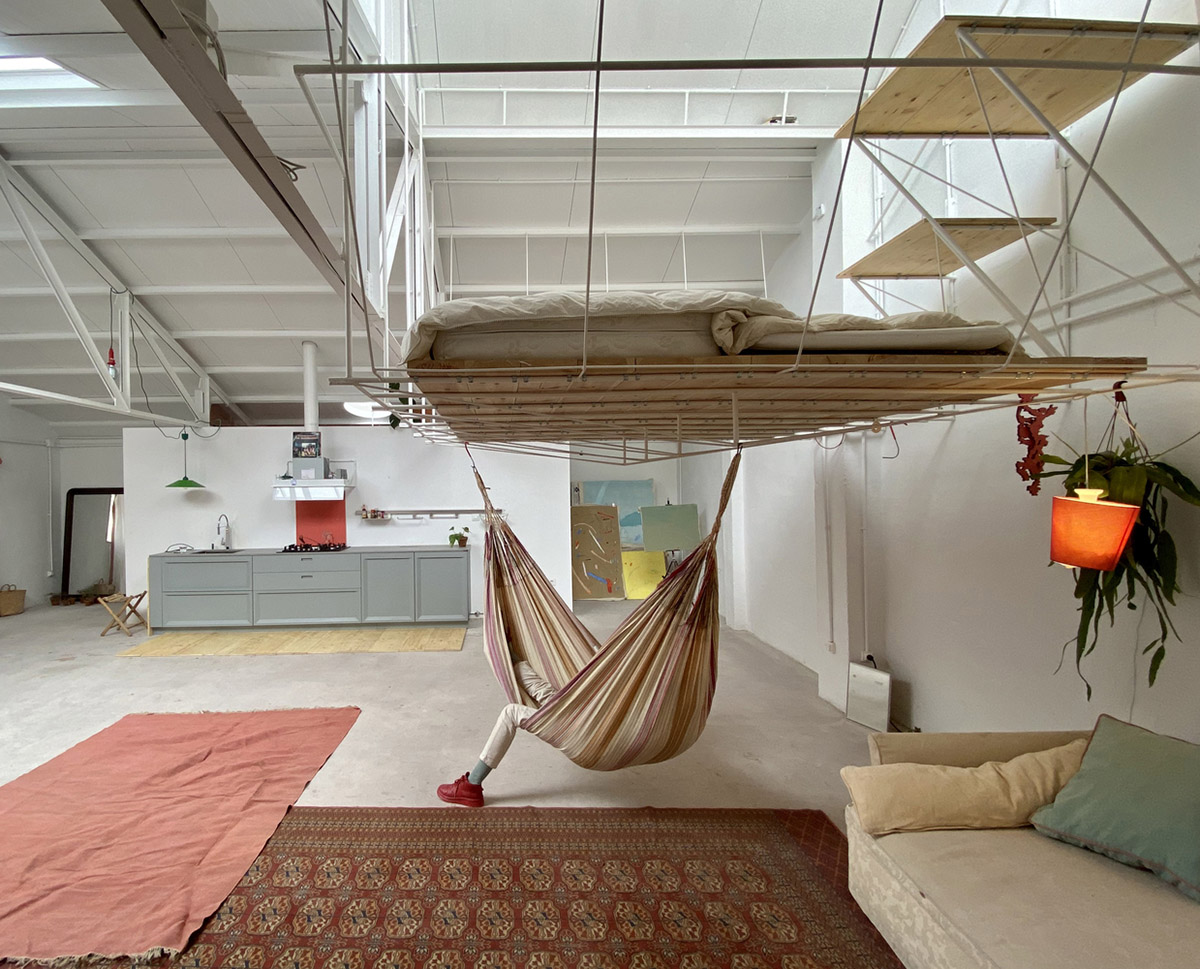 The plan is simple and sits on a 10x10m layout with a gable roof held by two steel rafters, a facade with two windows and a door. For "almost nothing" to work as "almost anything" it seemed that nothing should be very tied. In the design process, the architects were sure about three things: that the space must be understood as what it is - a square. Then they had to use a kitchen that Clara had bought for sale, and that the downspouts were where they were and were immovable. 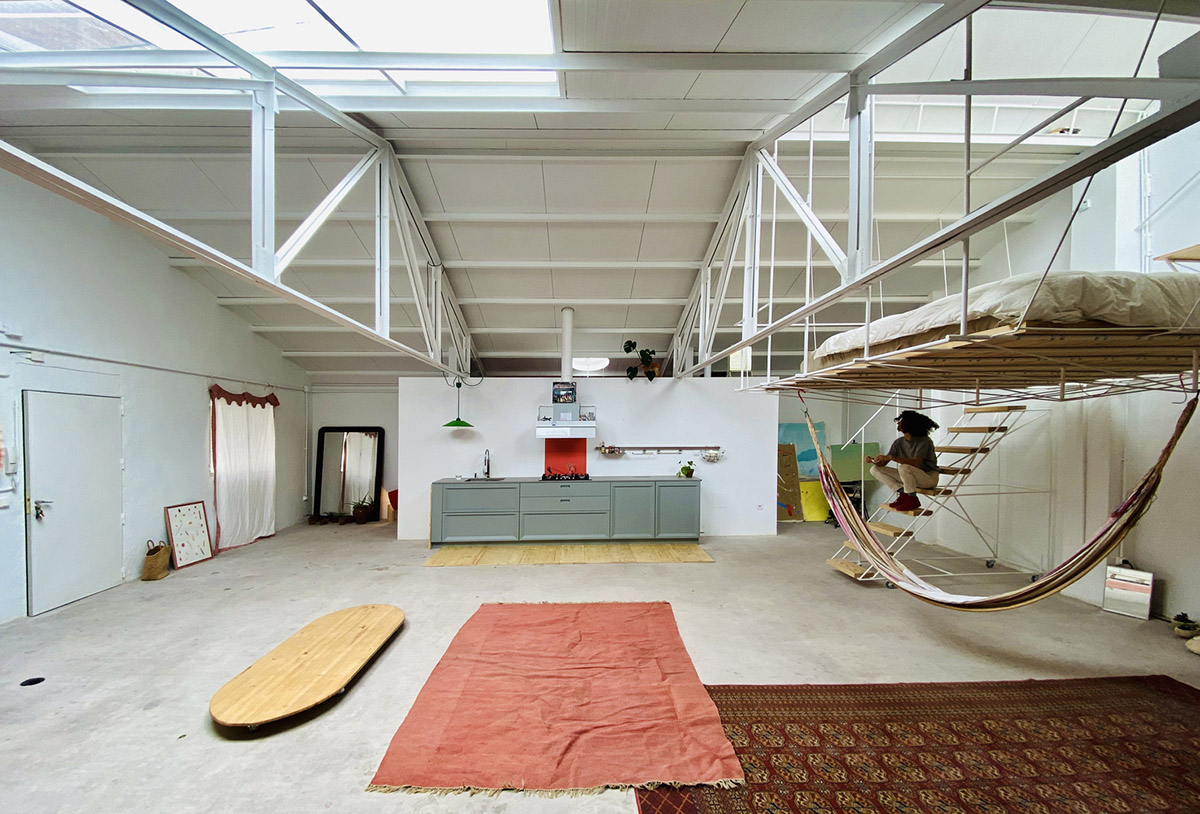 Pía Mendaro decided to make a "covert wall"; a front where they could place the kitchen (everyone always wants to be in the kitchen). According to the studio, the kitchen would become the useful protagonist of the space, and behind it, the bathroom and facilities would hide.

The wall passes under the belt of the trusses, allowing the warehouse to be understood as it is, and prevents doors from opening directly over the space (especially the bathroom). 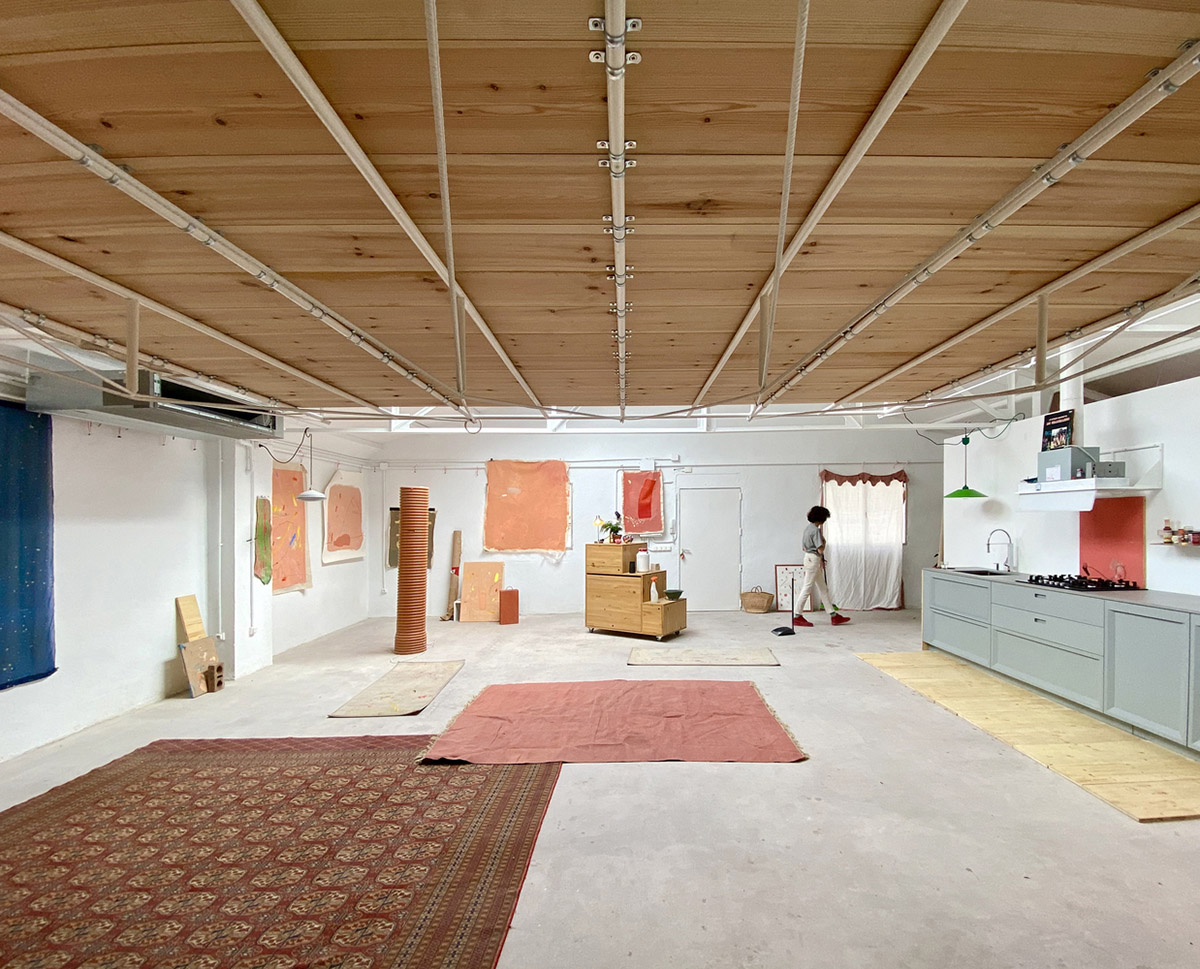 "In the process of locating Clara’s sleeping place, we thought of making a wheeled bed, a cabin, a box with windows ... until we decided to detach ourselves from the ground," Mendaro said.

"We thereby provide a horizon in the warehouse; a connection with the outside that we believe necessary for mental health. It ended up being the project’s highlight: a very light, semi-hanging platform, which in turn supports a small elevation of the roof." 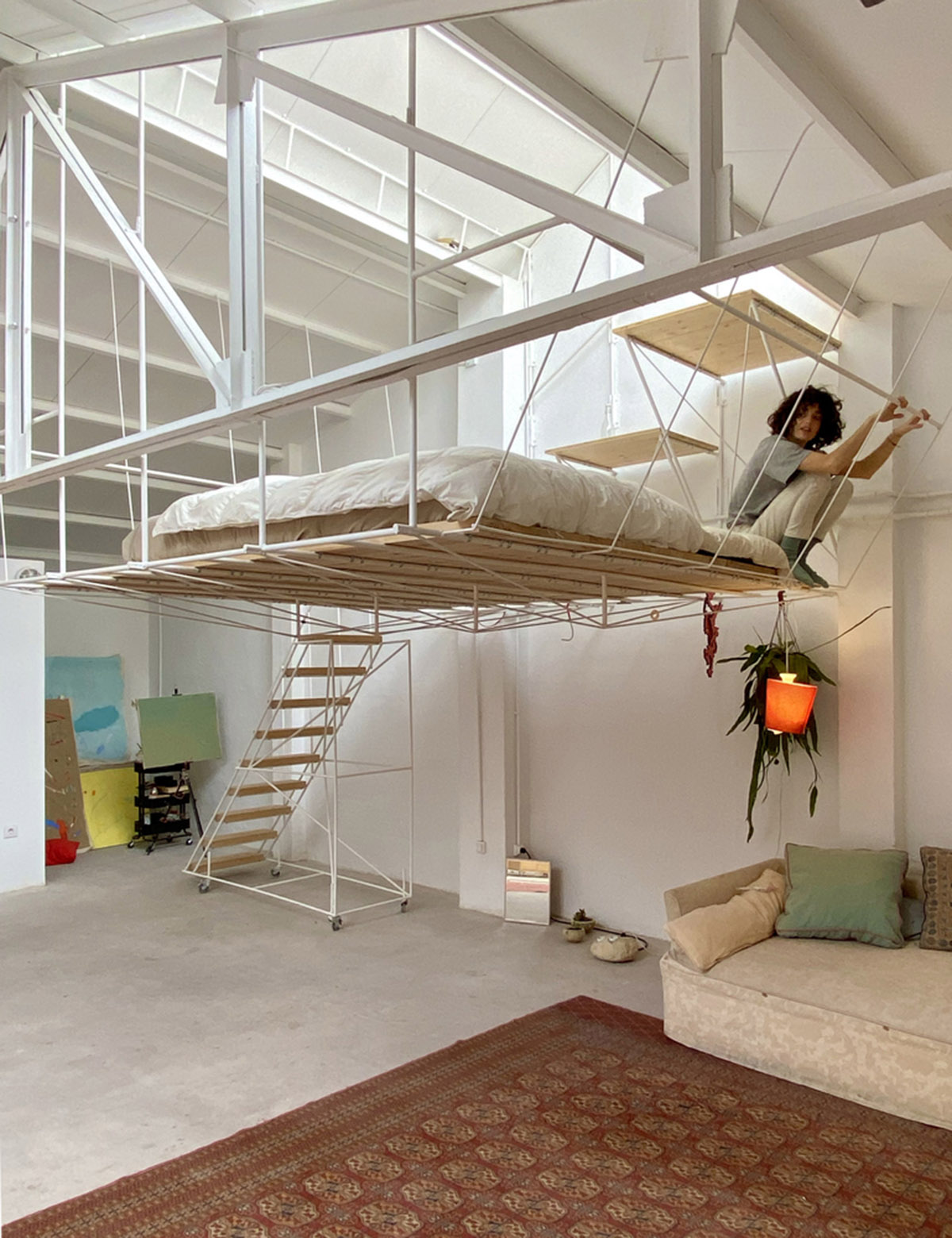 "We designed this structure with Manuel Ocaña; 20mm steel rounds working on compression and suspension, and 8mm corrugated rods in tension. The platform accepts a maximum of 5 people on it, so we made a ladder with wheels that could hide: skinny habits." 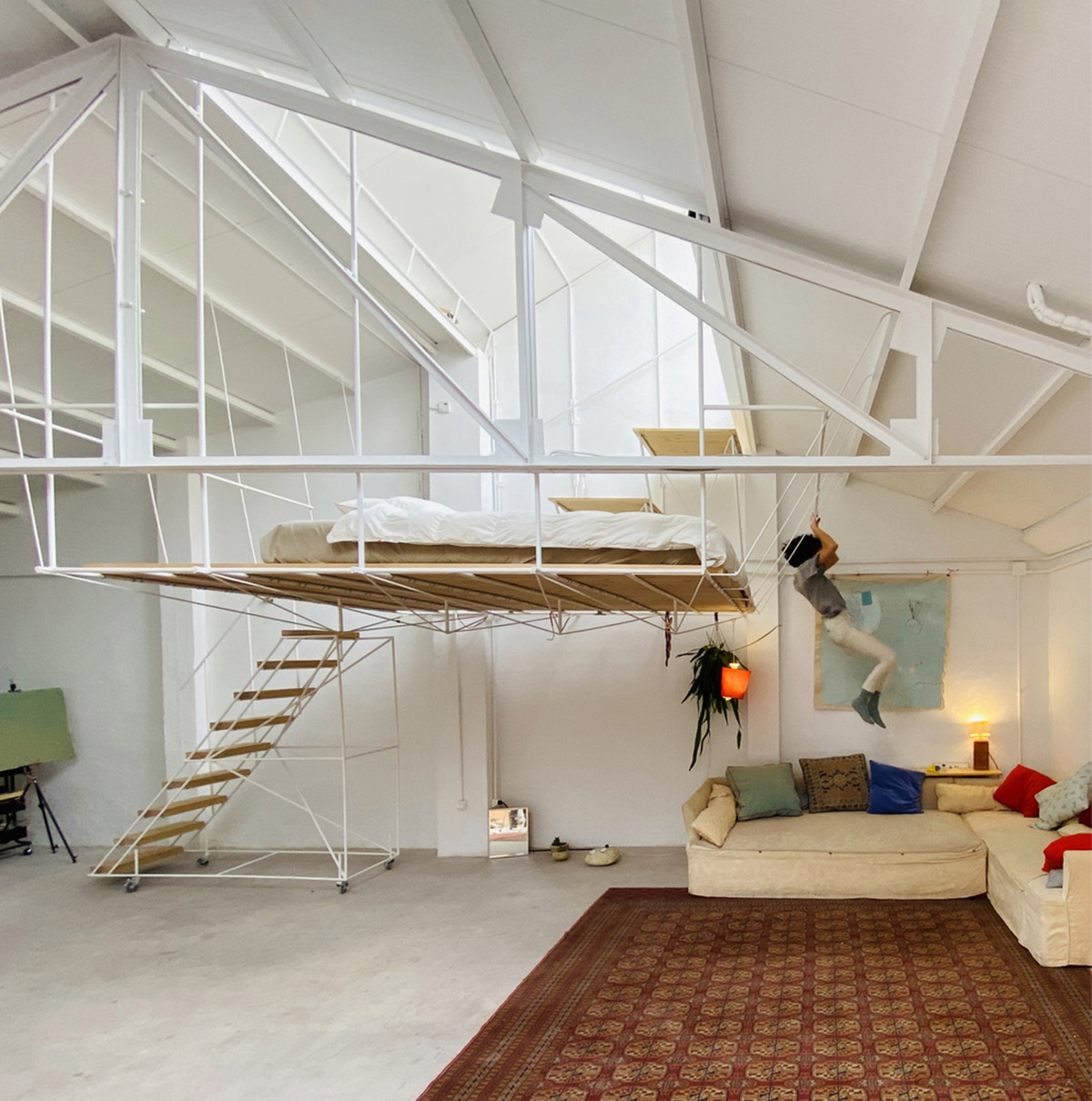 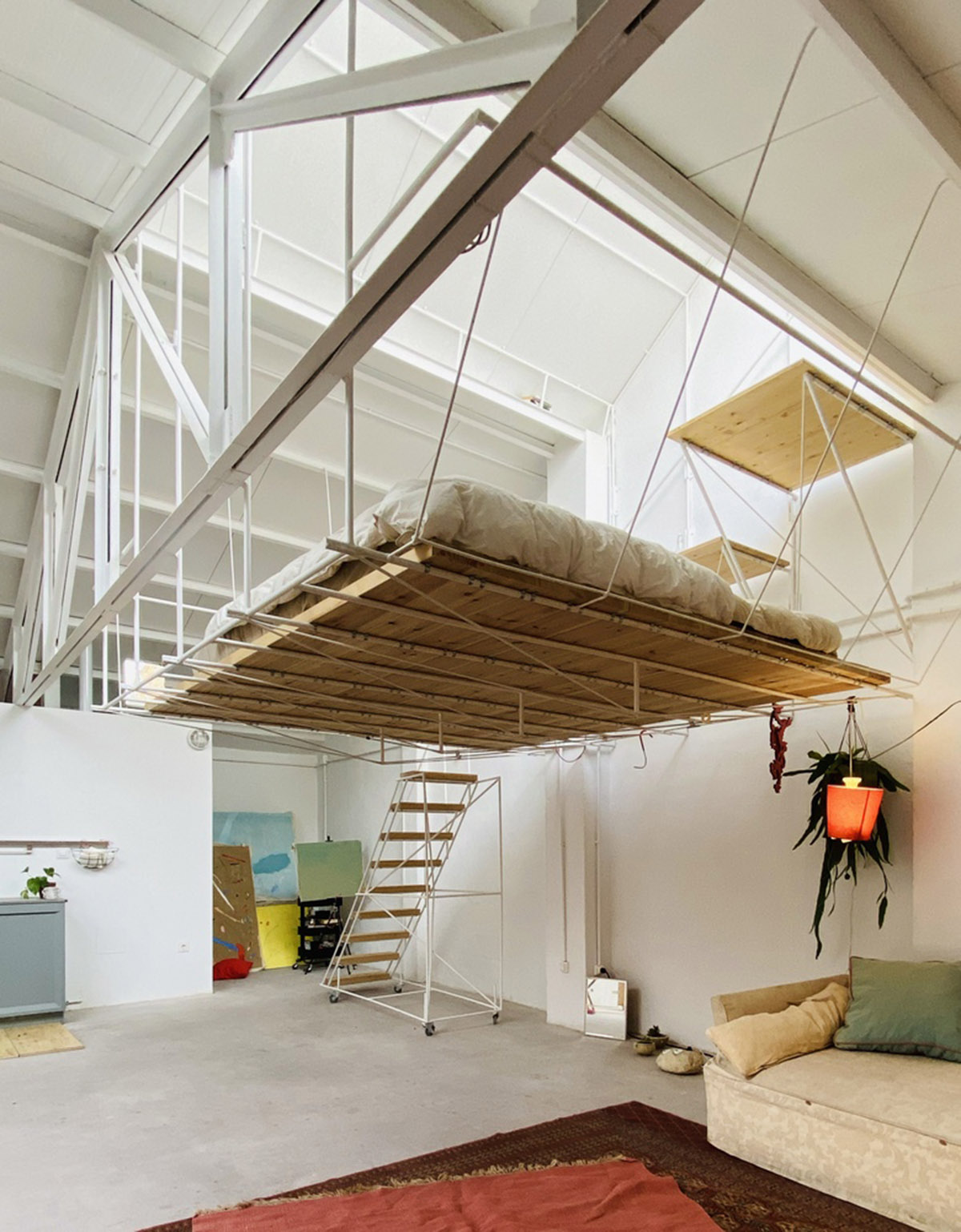 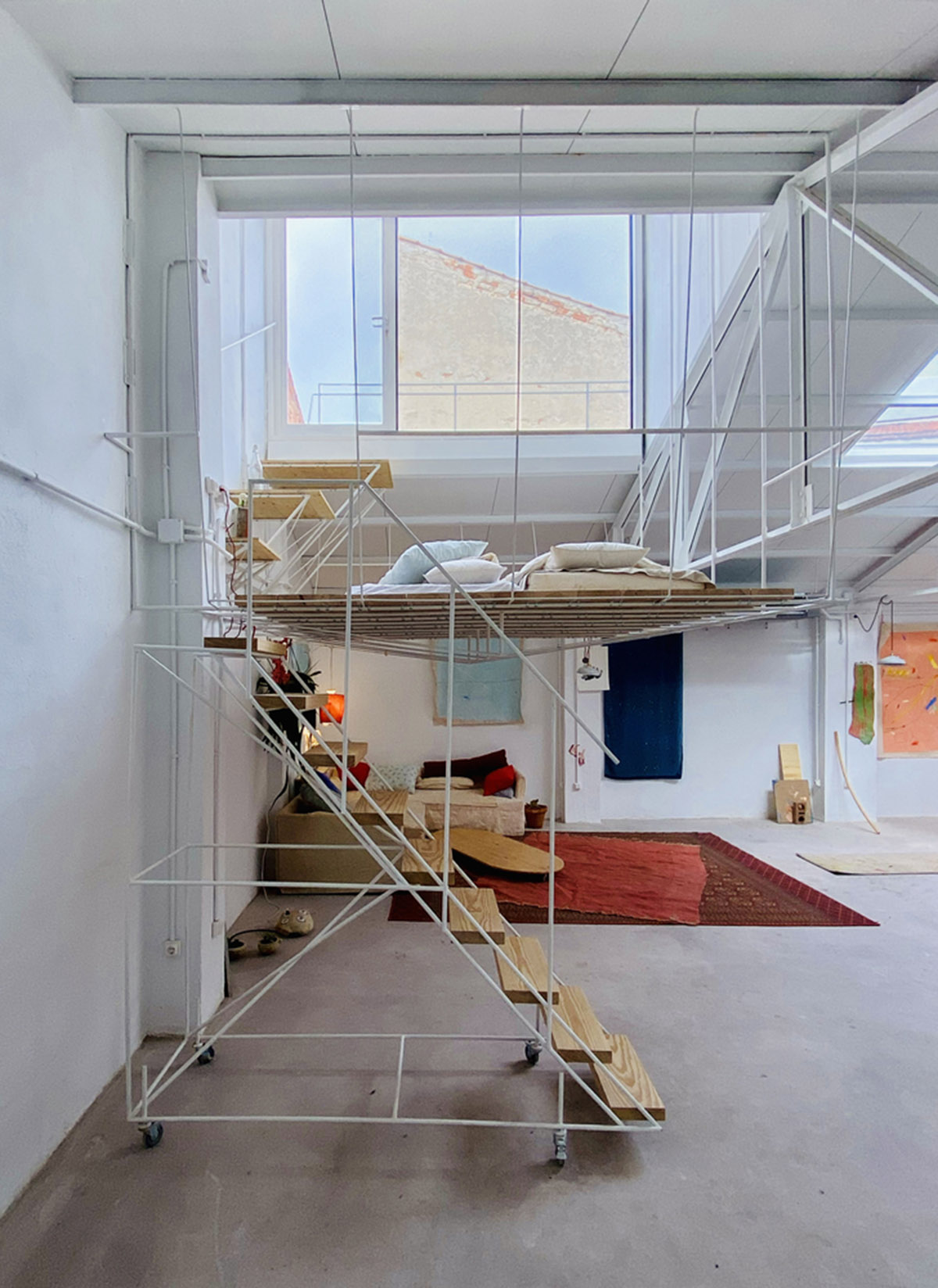 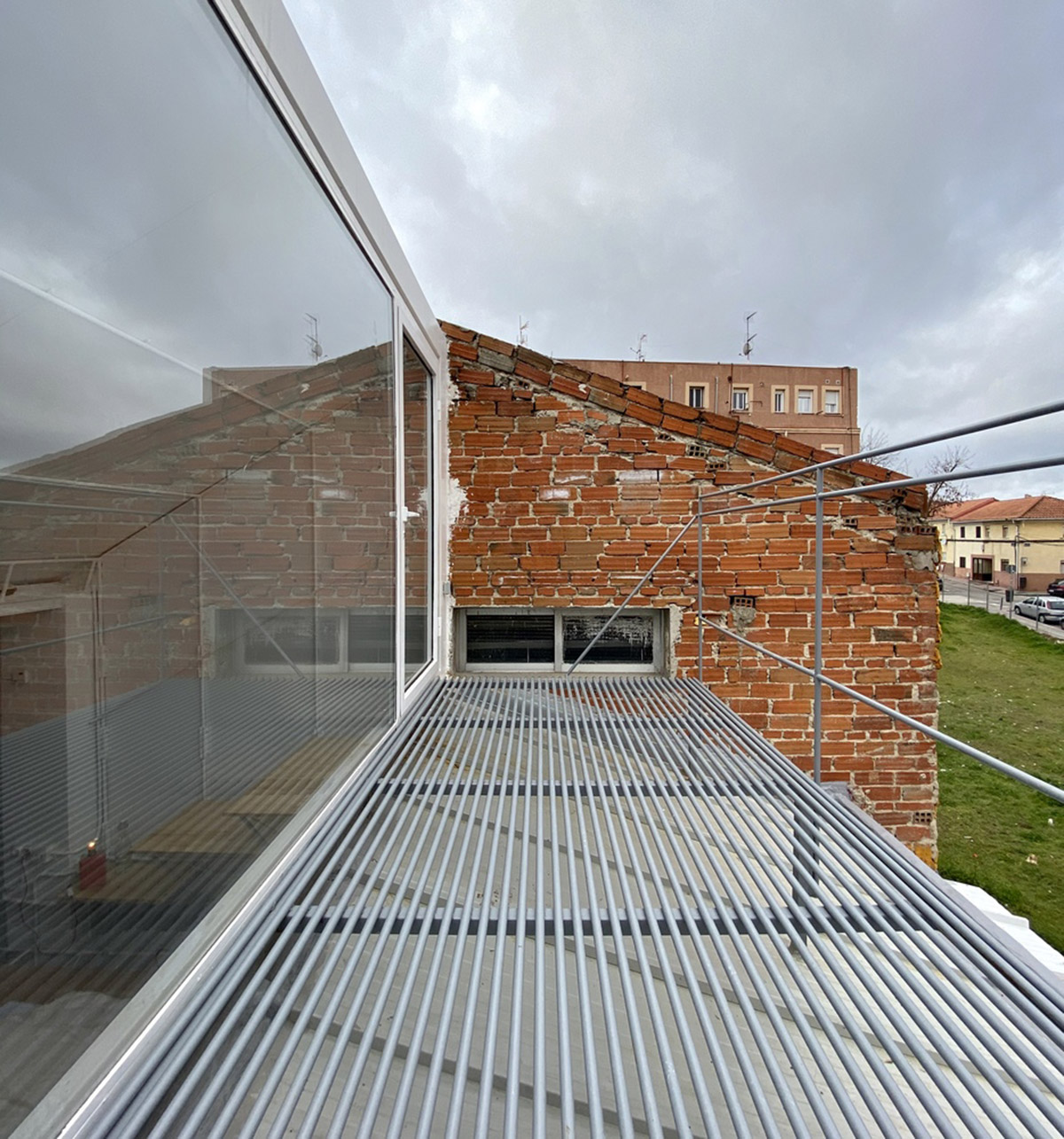 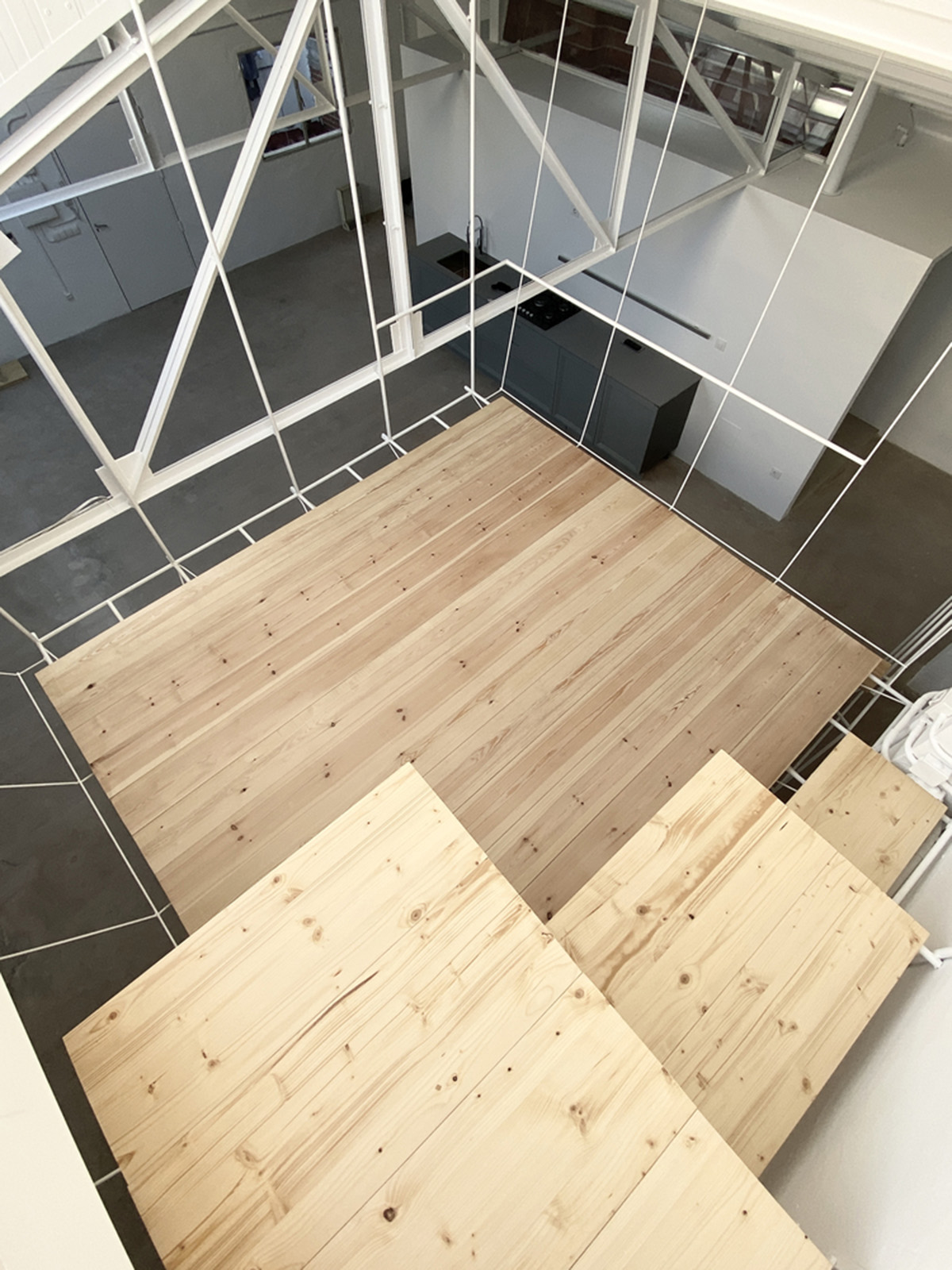