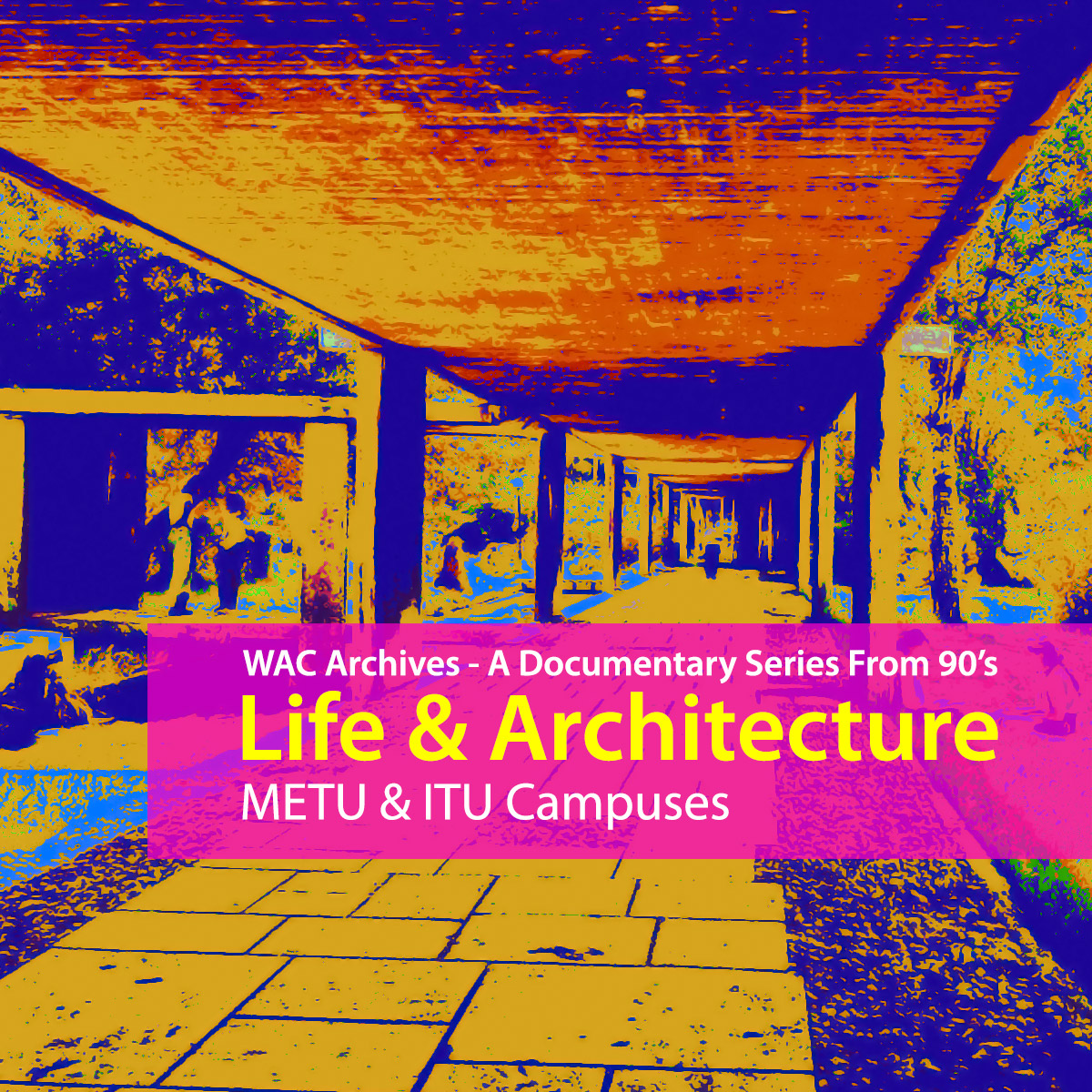 METU, founded in 1956, was designed by the late Turkish architect Behruz Çinici. Located in Ankara, METU's campus, used by the university since 1963, is the first serious implementation of the campus concept in Turkey. Meanwhile, having its official language of instruction in English, the university is named among the top world universities. WAC's new documentary explores the design of masterplan of METU university campus.

ITU, located in Istanbul, was established in 1773 and received its formal recognition as an institution in 1928. ITU is the world's third-oldest technical university dedicated to engineering sciences, as well as social sciences. In this new episode, the documentary elaborates the transformation of the Ayazağa Campus, the main campus located in the Maslak area, between 1996-2000. ITU has four more campuses: Taşkışla Campus, Maçka Campus, Gümüşsuyu Campus, Tuzla Campus.

METU was awarded the international Aga Khan Award for Architecture in 1995 for its forestation program. The campus is specifically important with its integral design approach with landscape and exposed concrete buildings at the campus. Its campus concept presents extraordinary spaces with courtyards, inner gardens created inside the buildings and exposed concrete as the main materials and cassette system applied to span the large spaces which almost resemble an architectural laboratory.

The campus also pioneered improvement of qualified workmanship and experiment with new materials during construction. An important part of the masterplan is its infrastructure. Infrastructure, with all the facilities like heating, air-conditioning, water, sewage, were located underground for the first time in Turkey.