House-within-a House: A Renovation by Alma-nac in London 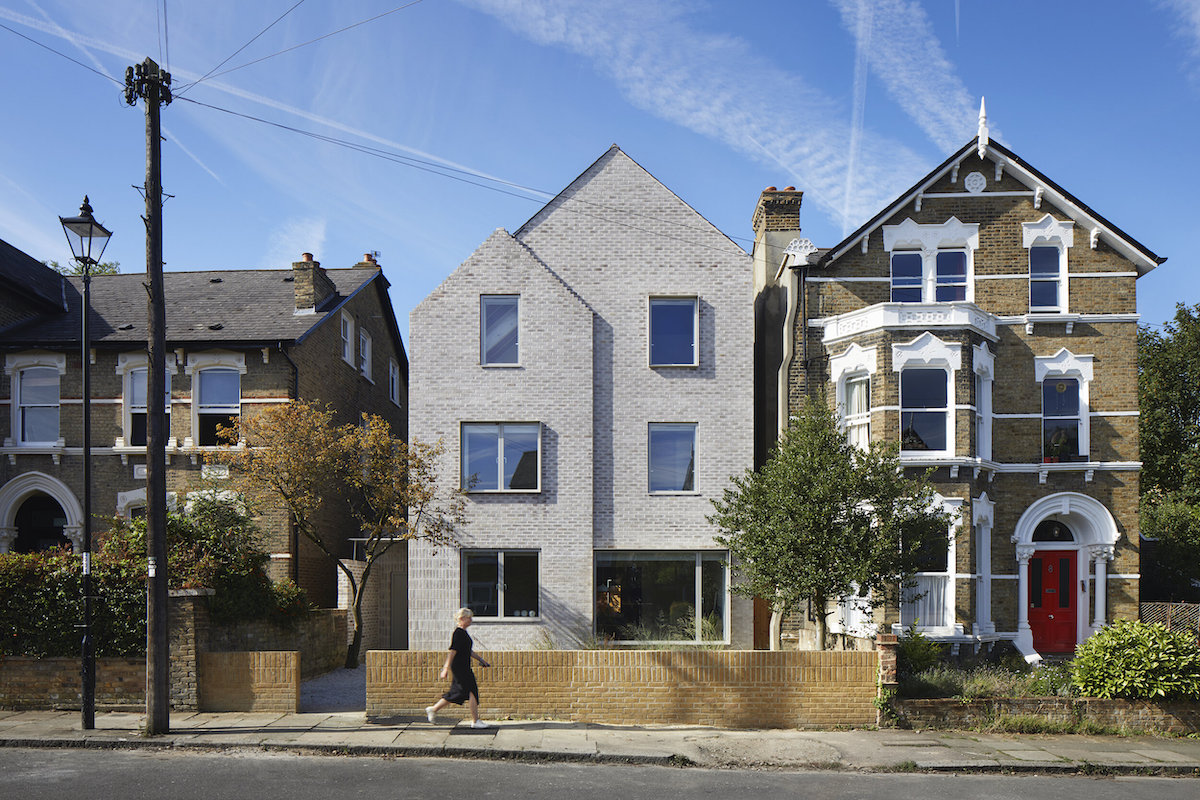 Alma-nac has completed its creative "House-within-a House" project that transformed a two-storey, ill-looking 1950s post-war house in the conservative area of Brockley, with the rhythm of the Victorian terrace at the south-east London. 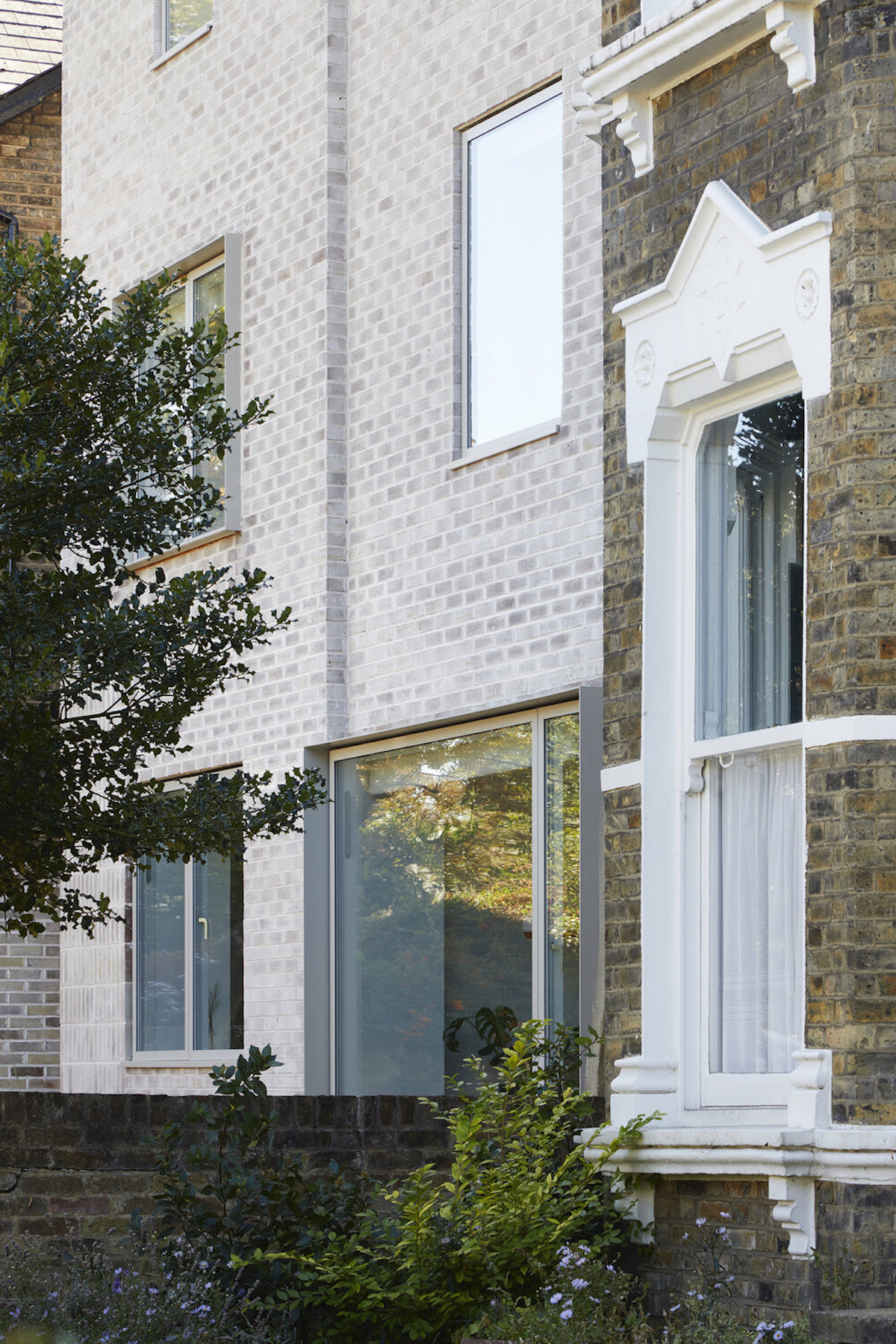 London having the scare of land, acquired recently an innovative housing project by Alma-nac offering a solution for densifying low-rise residential plots on the fringes of the city. 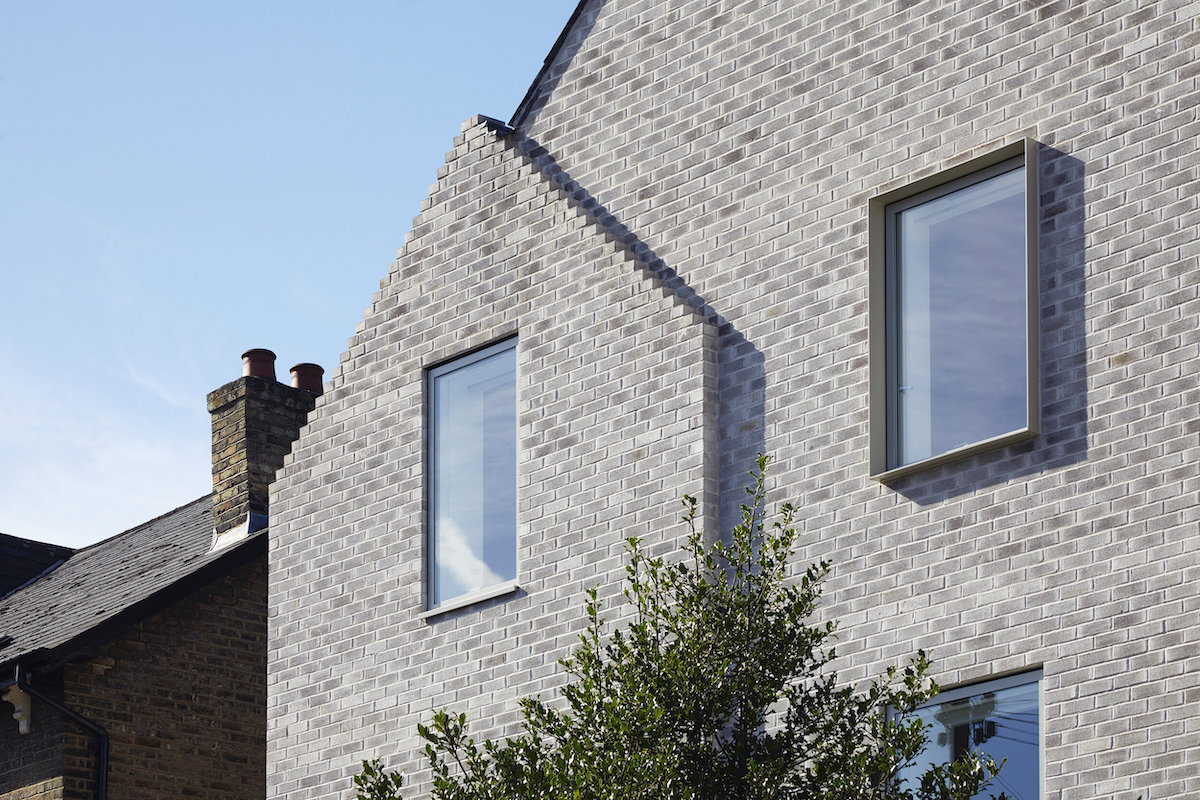 The single small house in a big plot- not interest of developers- ended in a self-build family home. The client's wish/need to transform 1957 three-bedroom brick-belt detached house transformed into a six-bedroom family home was achieved without demolishing the actual house but offering a design-led envelope complimenting the old house which ended in a contemporary yet modest single unit. 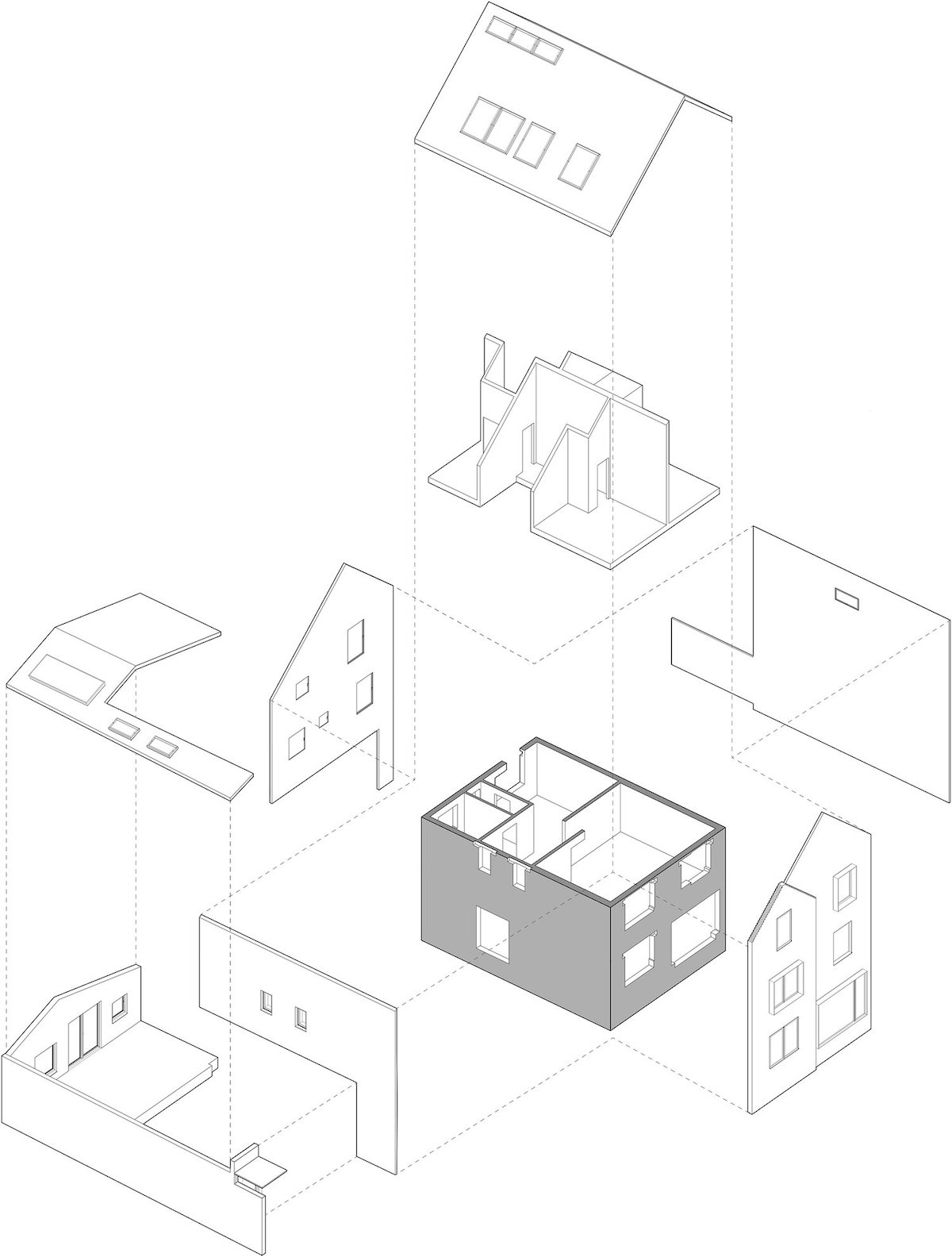 "The resulting six-bedroom house utilizes the existing structure while reinstating the rhythm of the Victorian terrace in this sensitive conservation area," as explained by the architects. 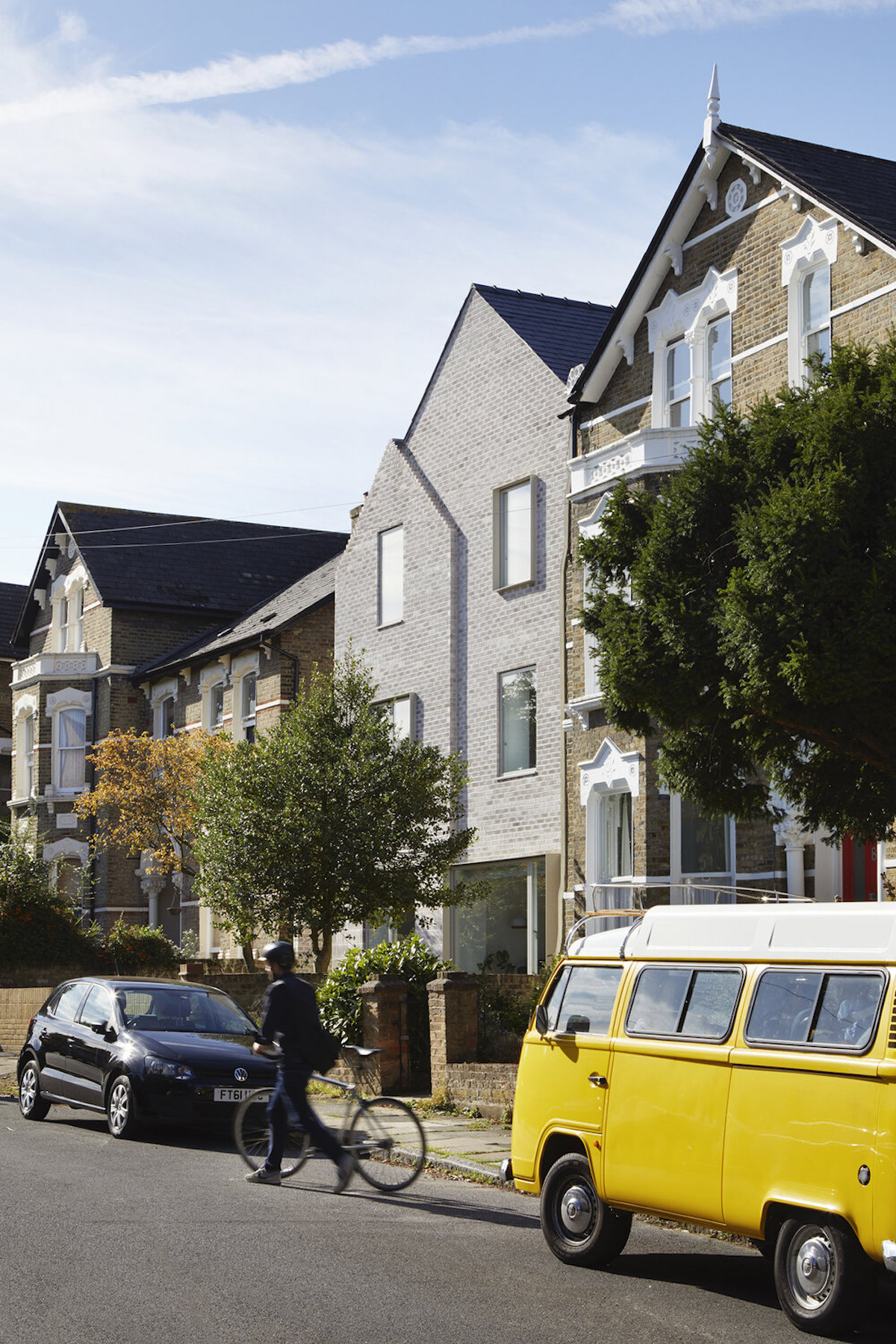 "“The design sequence of semi-autonomous moves added a side-slice of new build, a pavilion of back extension and a lightweight timber upper storey- all united by the envelope of a new warm-grey brick skin to create super-insulated cavity walls in conjunction with the retained brick shell," as they clearly expressed in the recent building study of Architects' Journal. 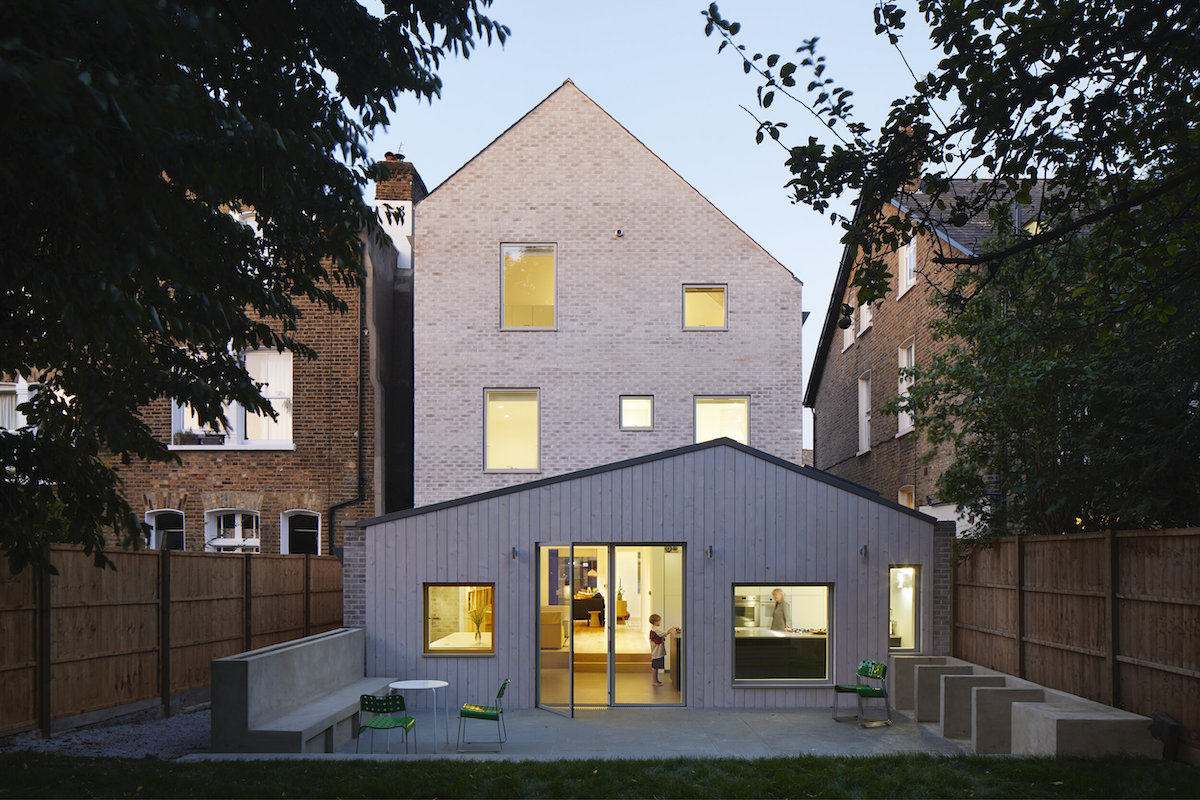 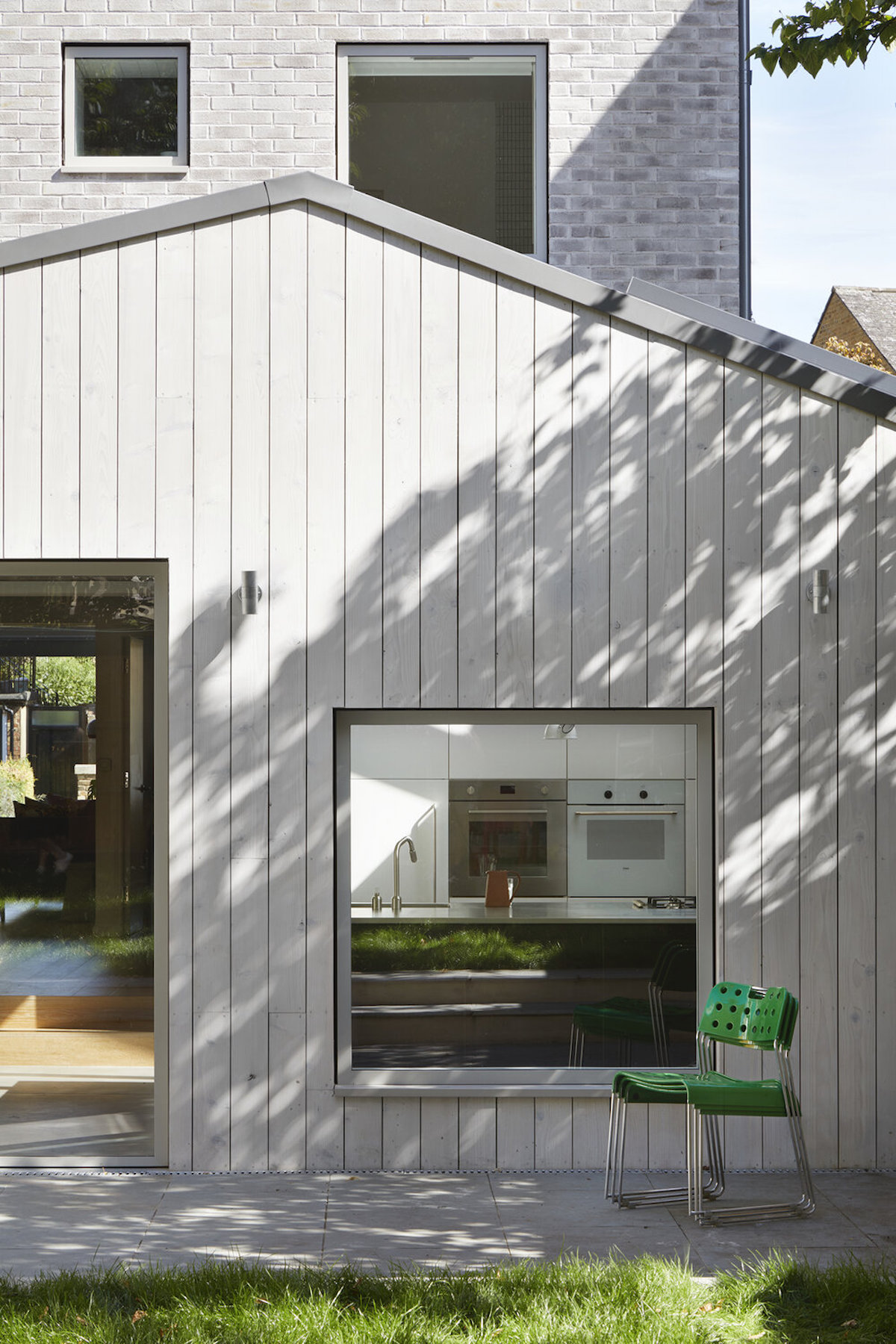 "The extended house almost doubles the floor area of 233m2, providing three extra bedrooms and versatile ground-floor living space, adaptable to the needs of a large family home with children of five boys." 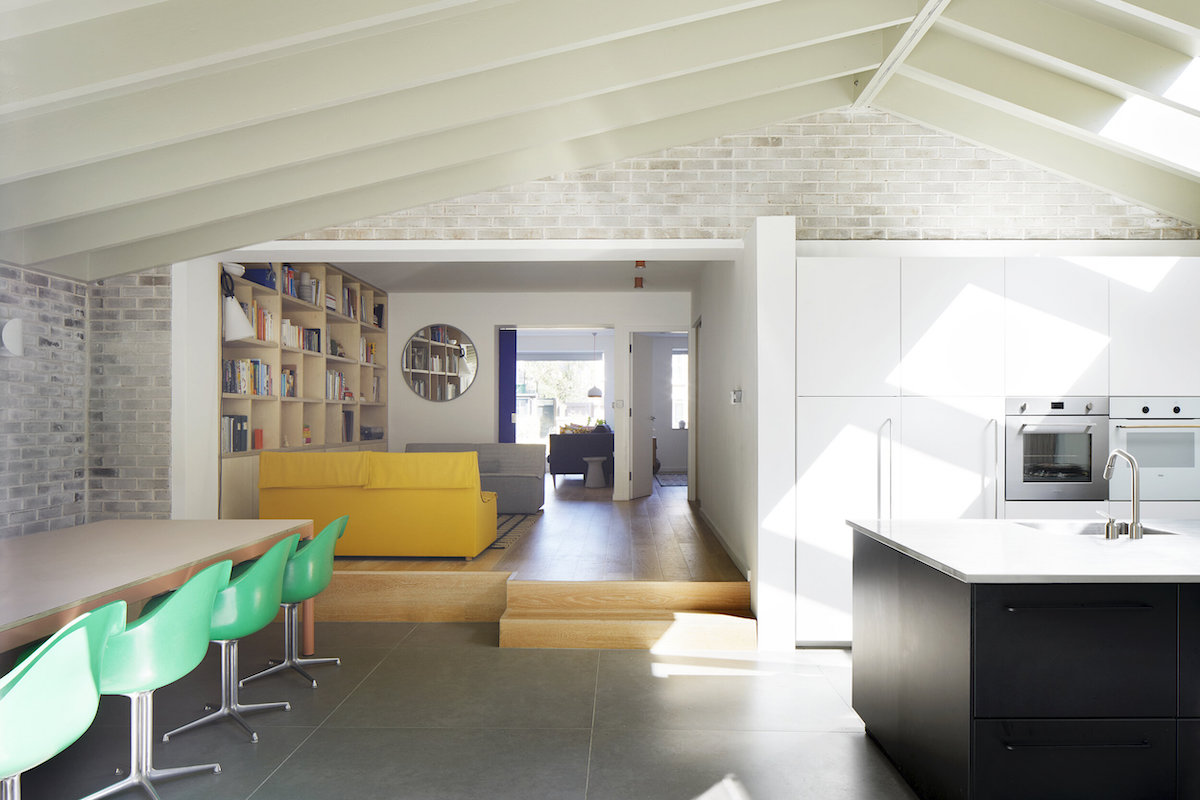 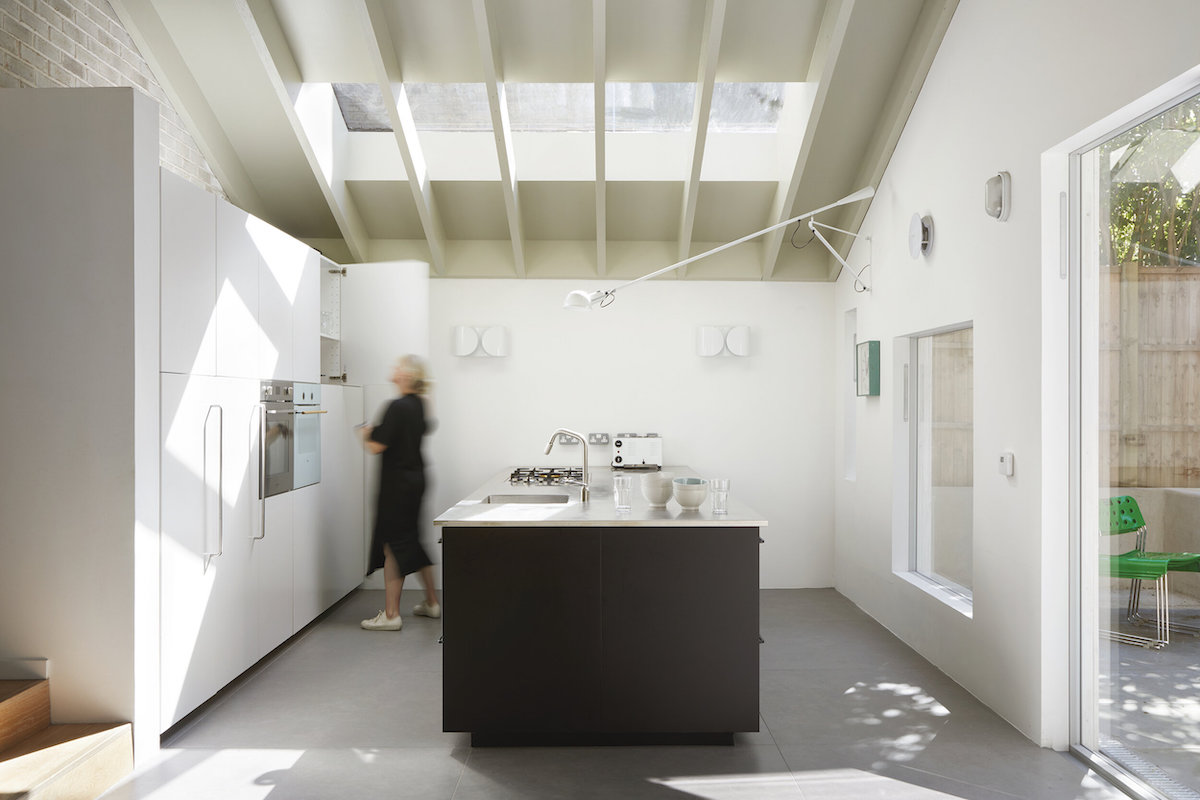 And it has again expressed by the engineers in this study that, the most challenging part of the project was "retaining as much of the existing two-storey structure as possible while ensuring that the finished project still looked like a single, deliberate construction." 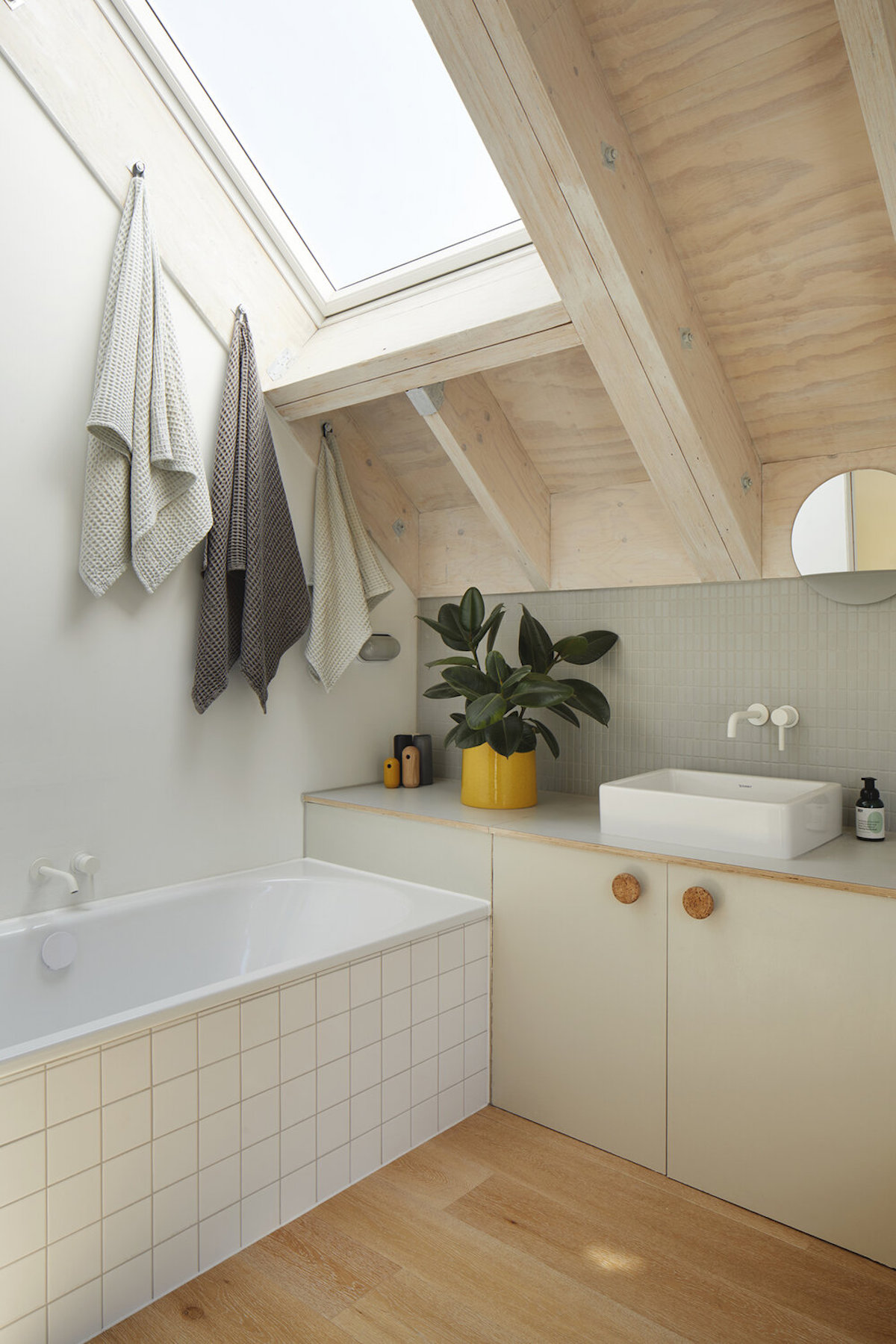 Having said that, "the key strategy in visually transforming the existing structure was the over-cladding of the facades with a homogeneous brick skin together with the addition of a timber-framed structure on top of the building." 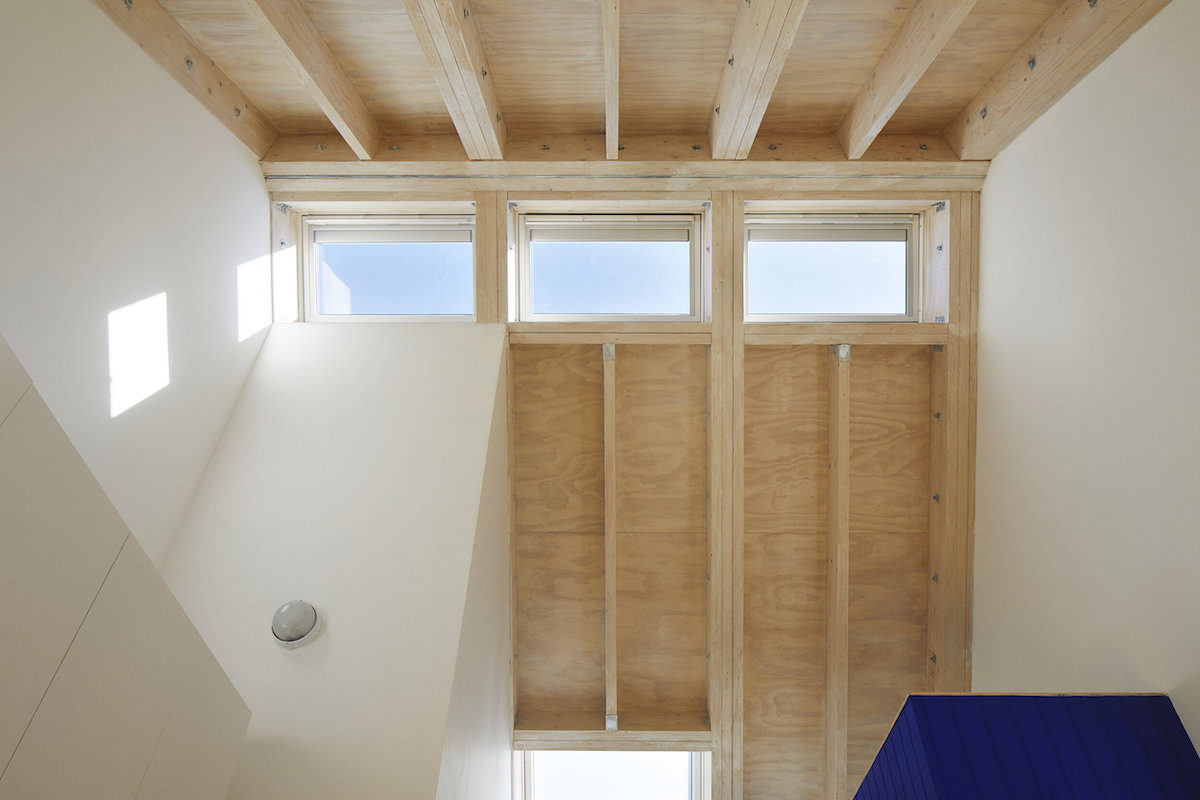 "On the upper floor, the master bedroom rises over four metres to the apex of the roof, with a line of clerestory roof windows. A timber cladding en-suite bathroom and shower cabin projects into the bedroom space with a pop of Klein Blue," as described by the architecture office. 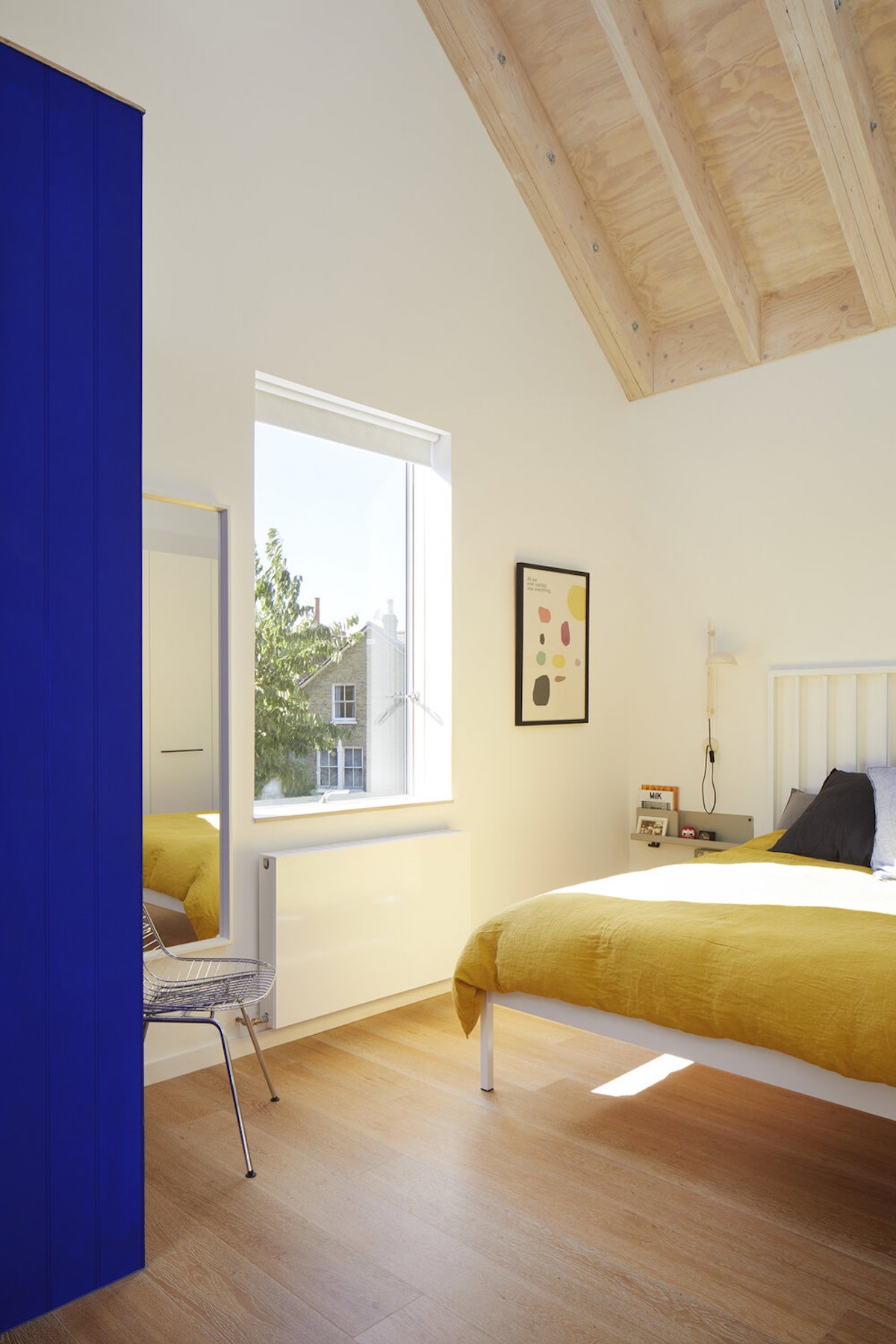 "These moments of colour contrast playfully with the otherwise muted interior palette of white oak flooring, white painted walls and whitewashed timber roof," which was described by the architecture office." 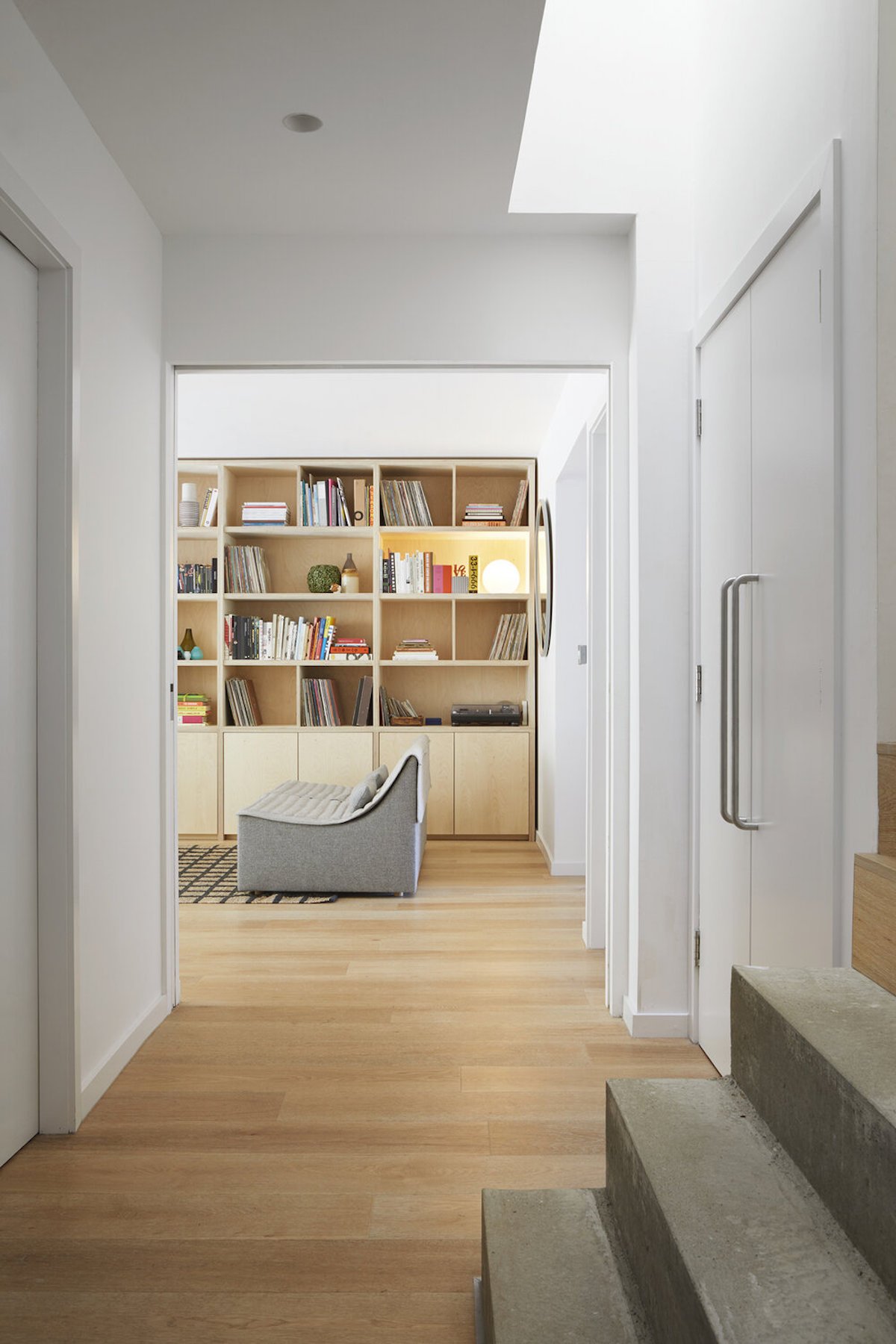 In conclusion, the project is a promising and clever design attitude within the land and space shortage of London housing market. Alma-nac's "response resolves the problem of the incongruous and uninspiring 1950s housebreaking up the pattern of the street, as well as providing an economical and sustainable solution to create a thermally-efficient home. 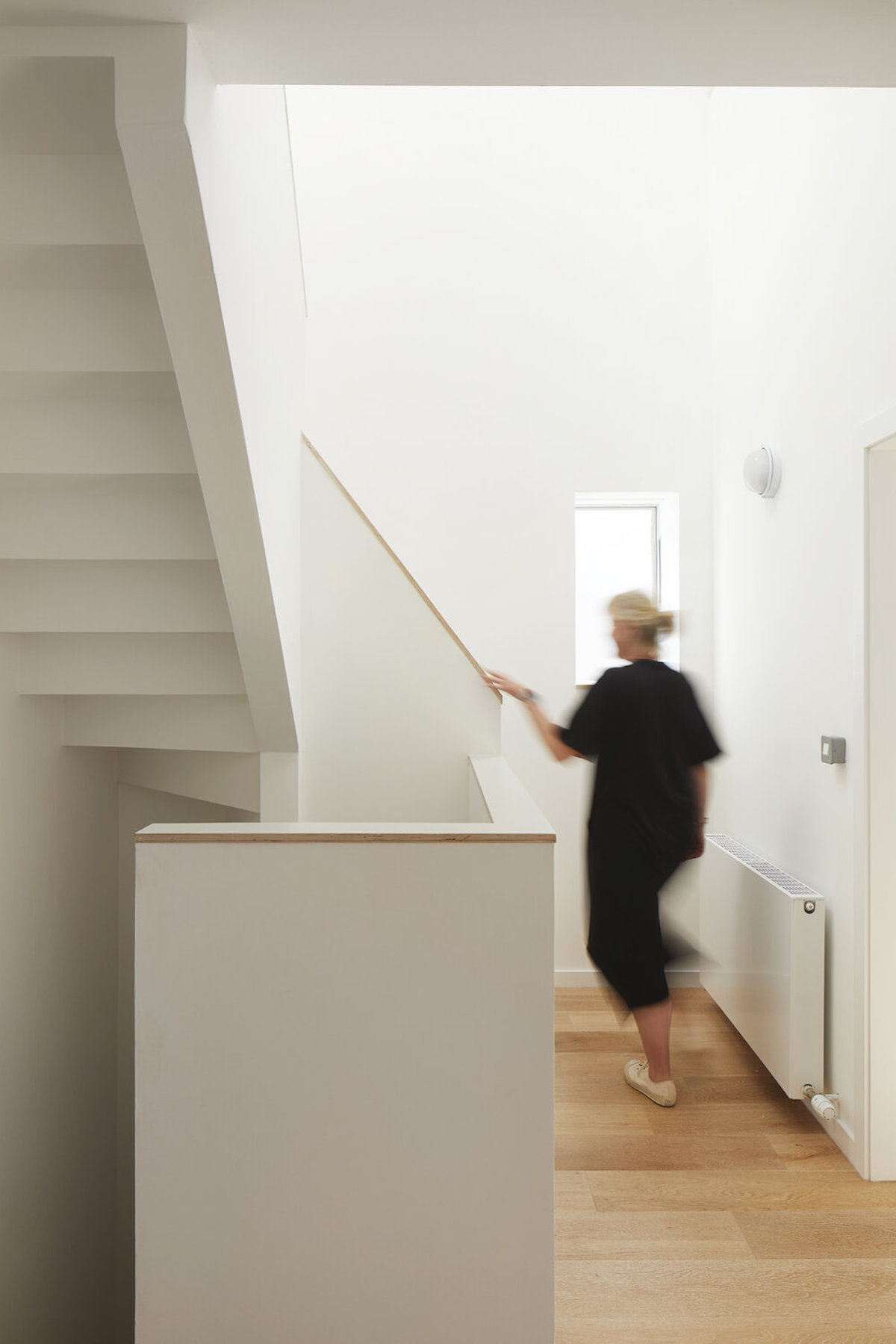 As they concluded that; "the asymmetrical form of the new house draws references from the neighbouring terrace to which it was once attached, offering a contemporary addition that is sympathetic to its historic setting; its warm grey brick complements the neighbourhood's buff London stock brick, without trying to mimic the naturally aged material." 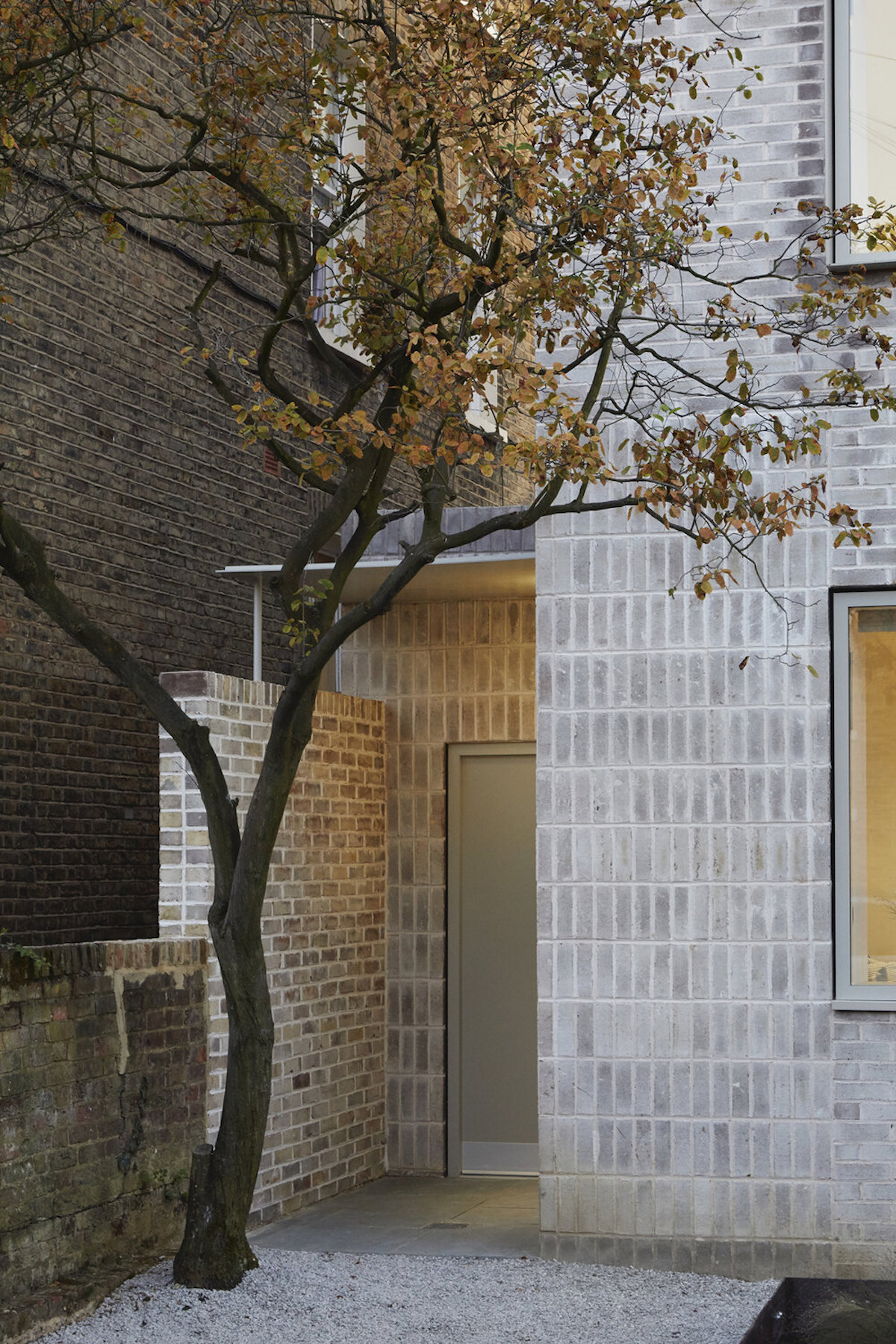