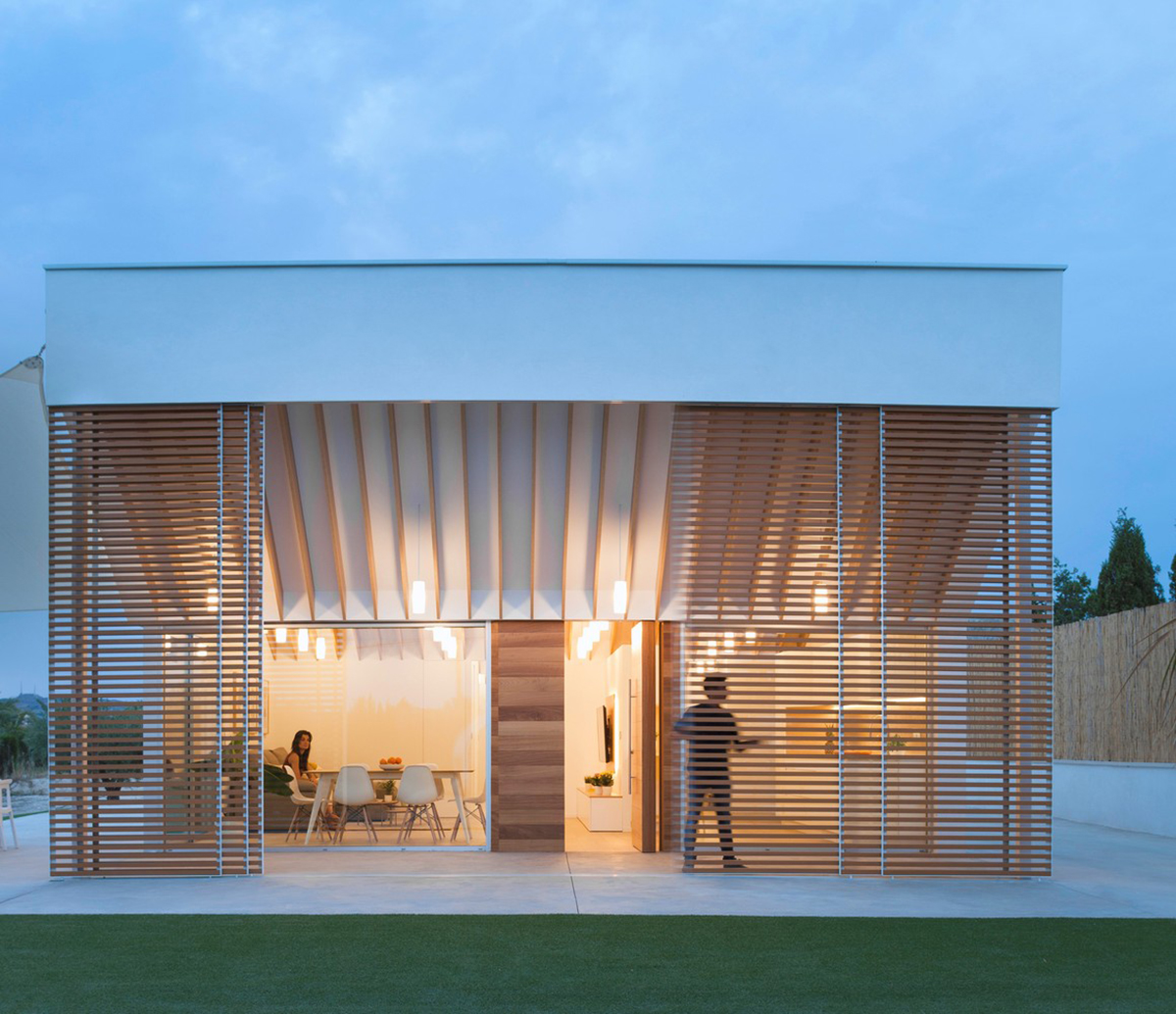 Spanish architecture firm Pablo Muñoz Payá Arquitectos has renovated a former house with wooden shutters on the front façade that filters light and shadow as a new interface space.

Named Reform for Eduardo, the is house is located in Petrer, Spain, the house was transformed from an existing building occupied a constructed surface of 138-square-metre area, and 19 of which correspond to a porch.

"By law, this surface could not be extended and consequently the project needed to be based on an exact alteration of the existing building," said the architects. The new house now presents a cinematographic effect on the from facade that can change according o the sunlight and the shadows of shutters. All-white color palette is used with wood material in both inside and outside and creates a striking contrast.

A home is proposed that seeks order and simplicity, natural light and sustainability. The distribution is very fluid, looking to take advantage of the surface to the maximum, having the minimum possible corridors. Due to regulatory requirements, it is only possible to reform the existing house without enlargements or modifications of its footprint. The previous house, with a rectangular floor plan, faces the smaller facade to the south.

The shape of the roof now allows users to have a controlled "solar natural radiator" during the spring, winter and autumn seasons in all rooms of the house. 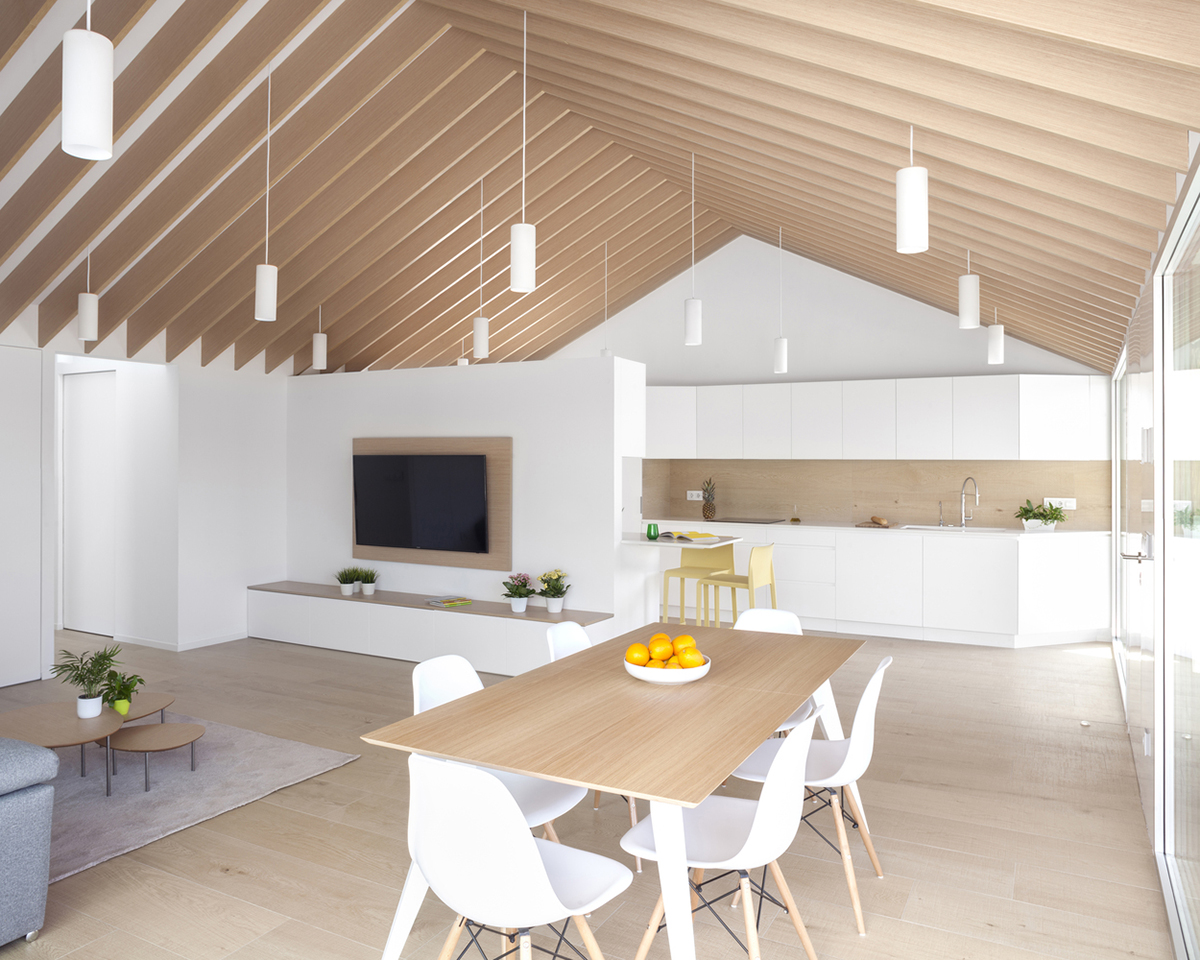 The new distribution is organized by three blocks, thus placing a first day area, which contains living room, dining room and kitchen; an intermediate zone that contains two individual bedrooms and a bathroom; and a third area for the master bedroom, bathroom and office. A gable roof is run on the first block and a saw tooth cover for the rear blocks. 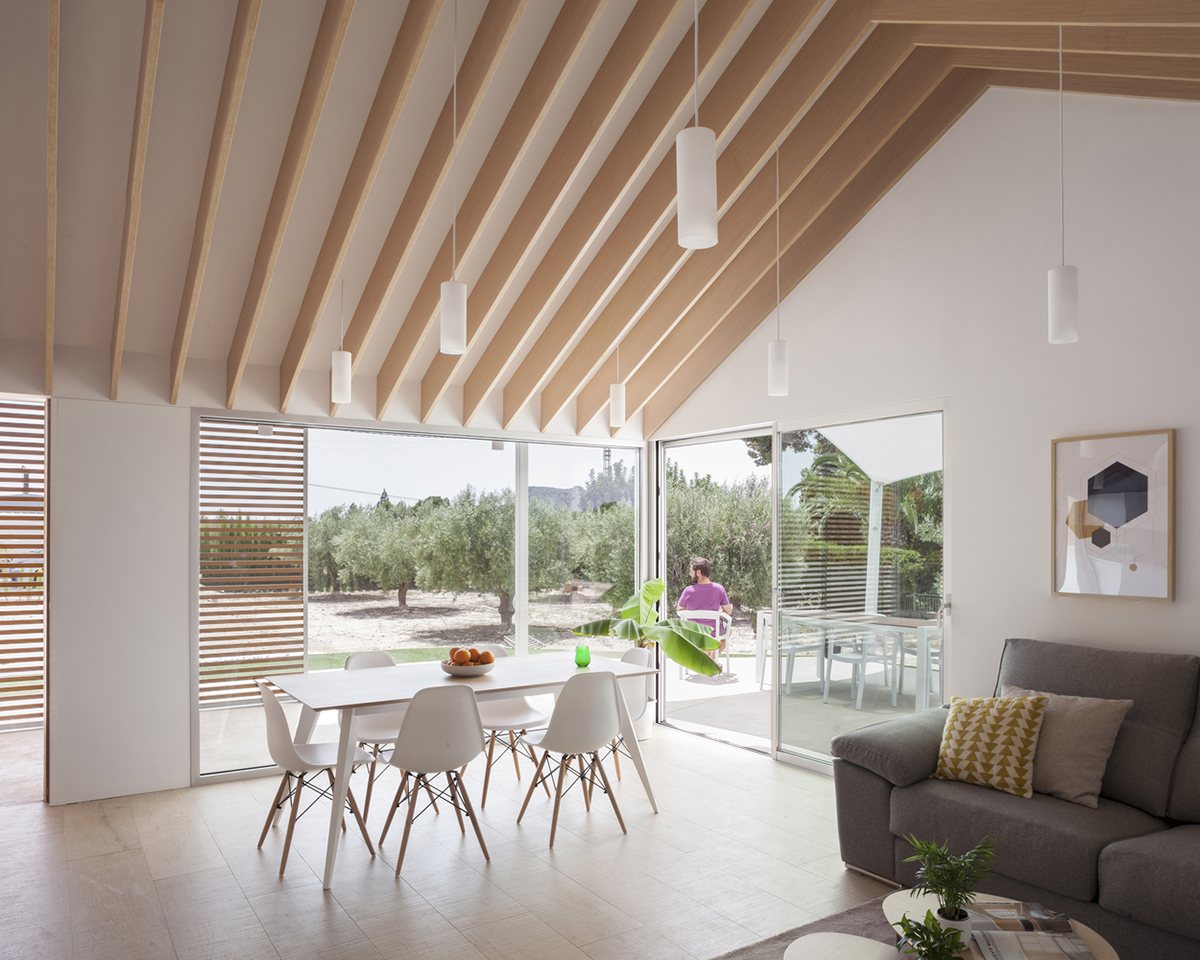 In the first block the architects receive light from the south through the marquee, and in the second and third blocks through a running window that is arranged high taking advantage of the shape of the roof. 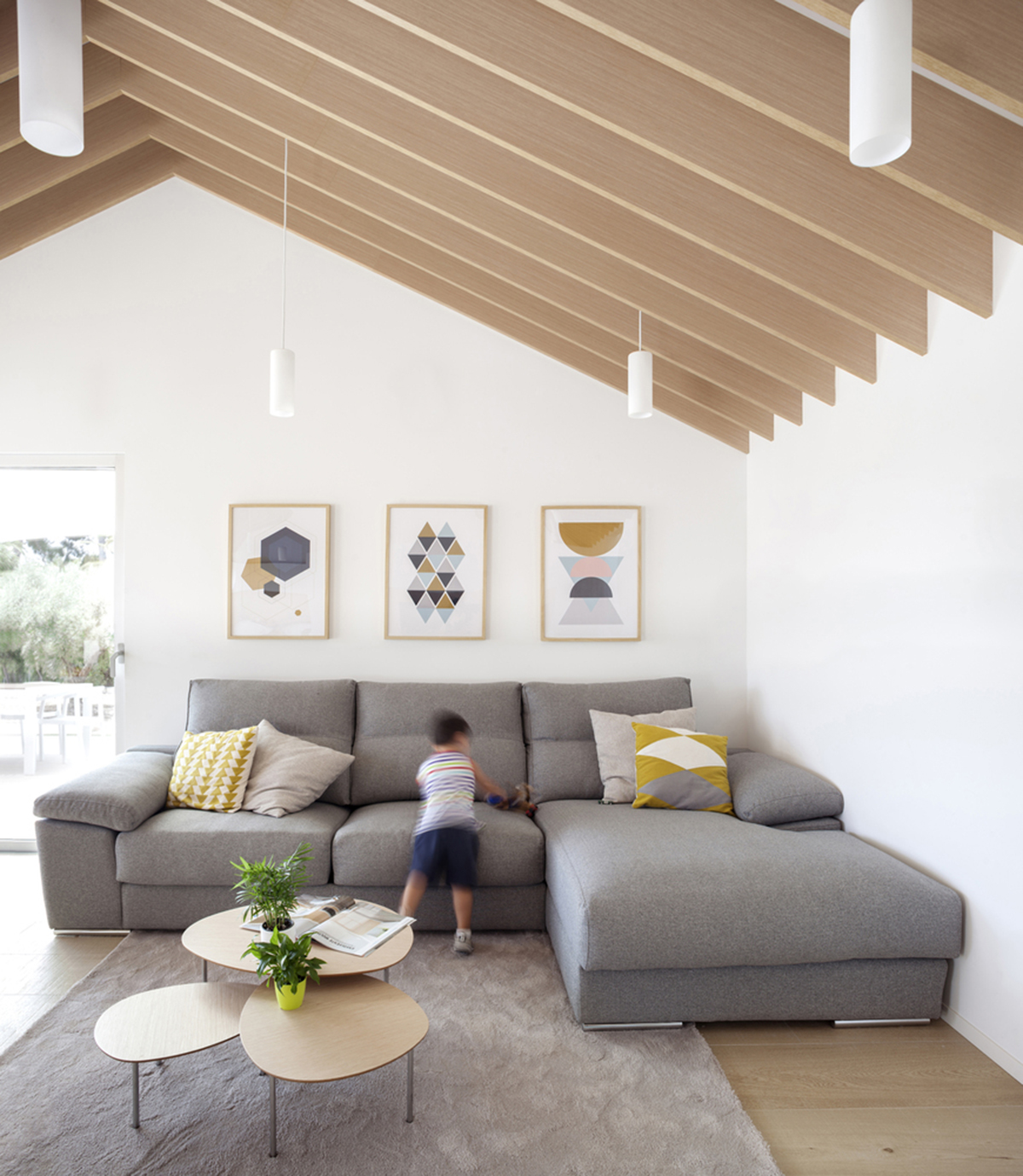 These horizontal windows have a cantilever over them that does not allow solar incidence in the interior in the summer months. In addition, an opaque and motorized exterior blind can cover these windows when the user so wishes.

In addition, the interior bathrooms have natural ventilation through a motorized opening of this high window. The windows of the east and west facades have a darkening system also through an opaque and motorized exterior blind. The bathrooms, which are in a central location, are accessible on both sides, always through sliding doors that allow multiple connections and routes of the house without impediments.

The bathroom of the master bedroom tries to connect more intensely with the block in which it is included when its partitions do not reach the roof, the final part of the partitions being completed by glass enclosure that allows a continuous reading of the roof of the whole third block. The front marquee forms an inclined roof that allows a great entrance of the Sun over the living-dining-kitchen space. In addition to forming a shaded area in front of the house in the summer months, it has 6 sliding frames with fixed slats that allow the desired control of the solar incidence inside the house. The artificial lighting is done by providing indirect LED lights integrated into the furniture of the house, as well as by a lighting distributed based on hanging lamps that illuminate in all directions, favoring the lighting of the ceilings and generating an aesthetic enhancement of them by the night. 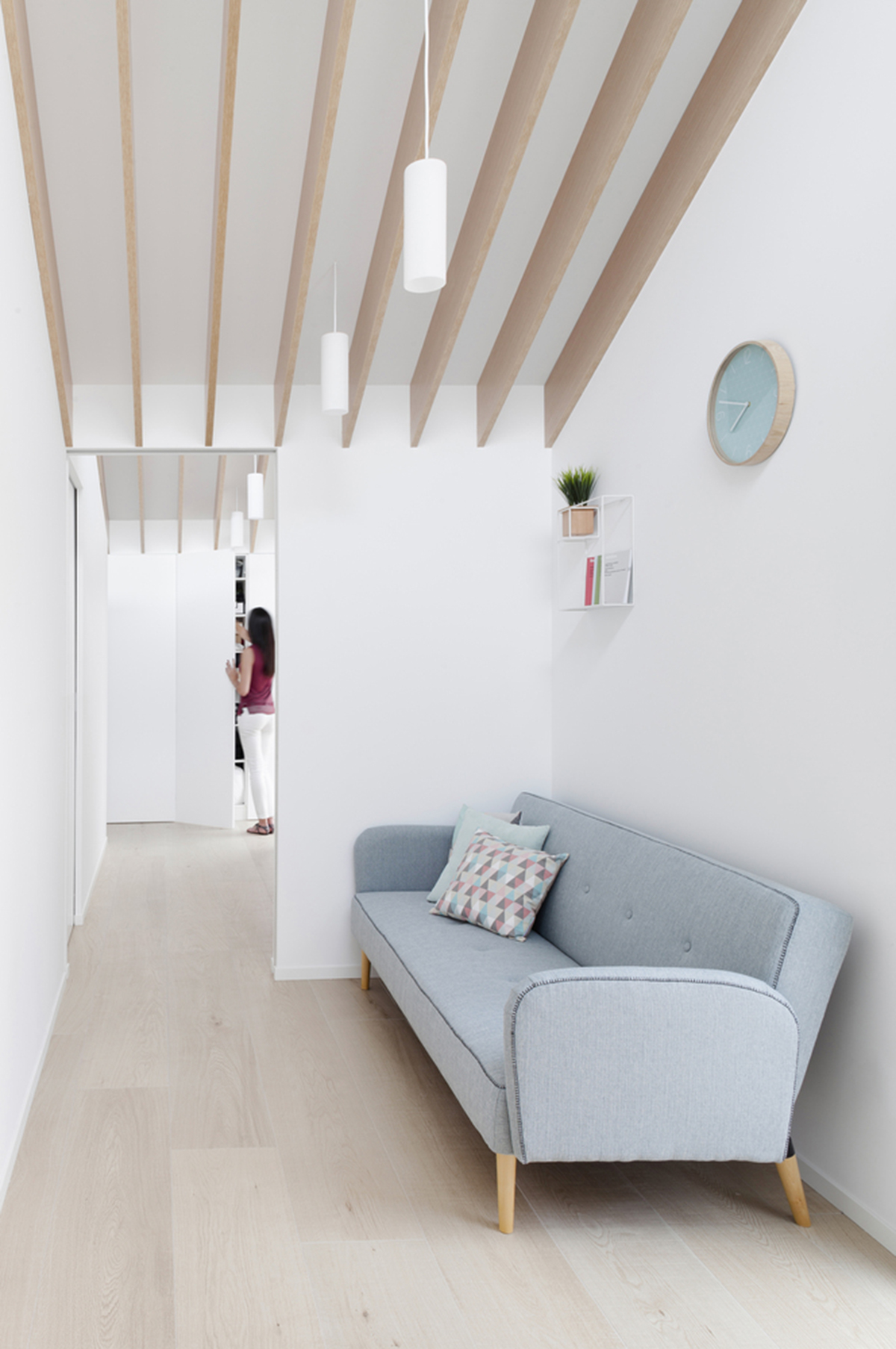 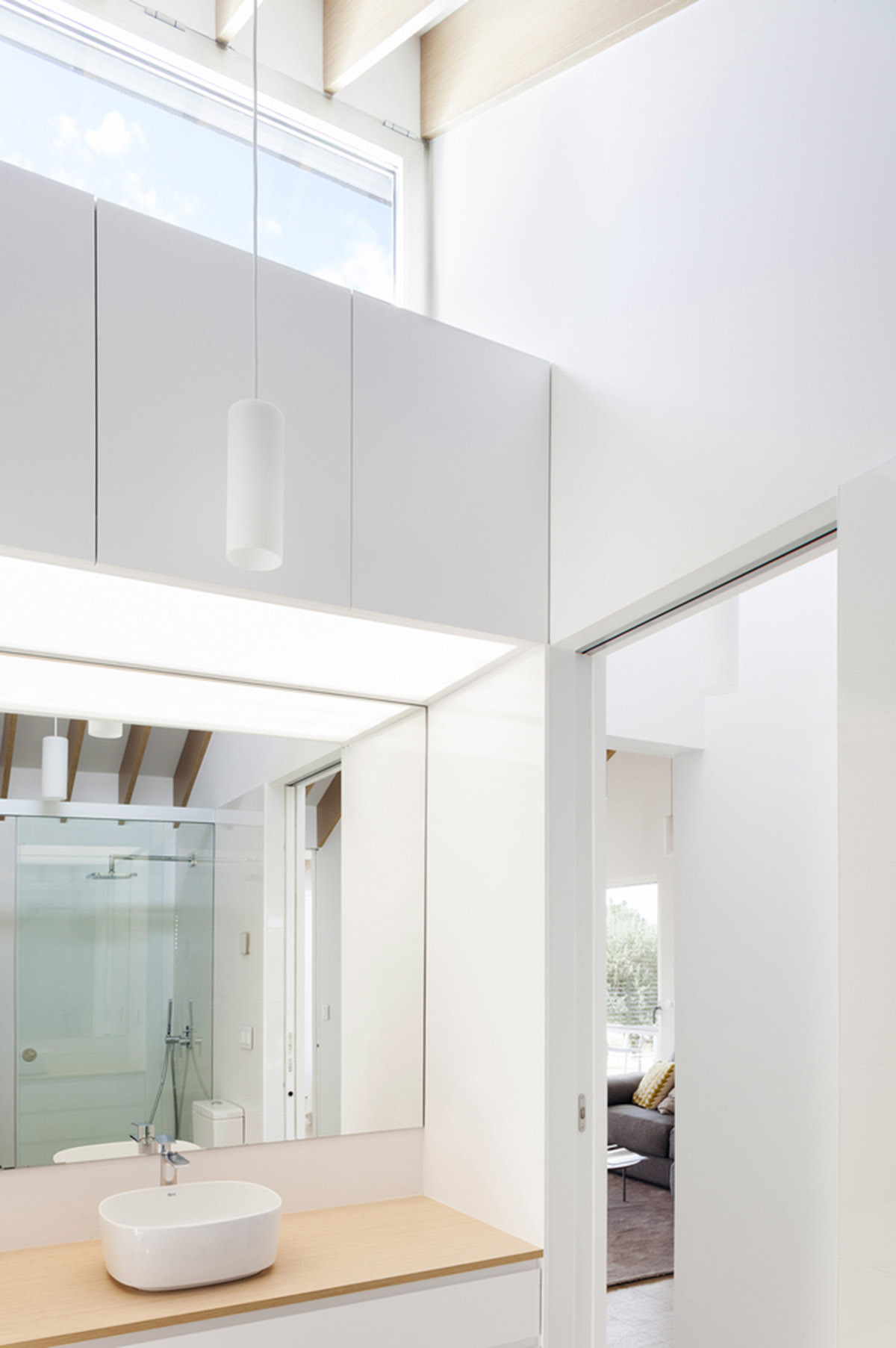 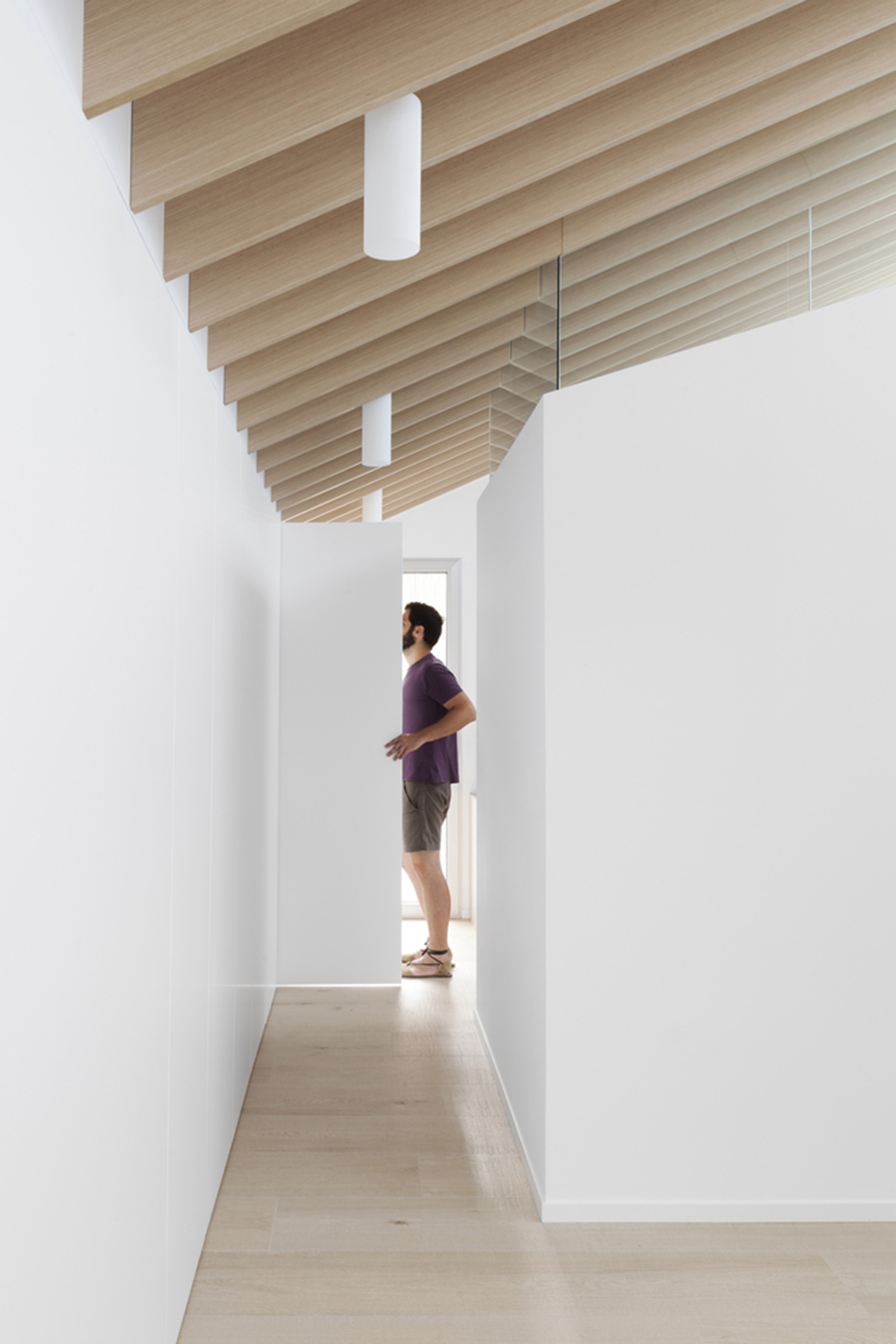 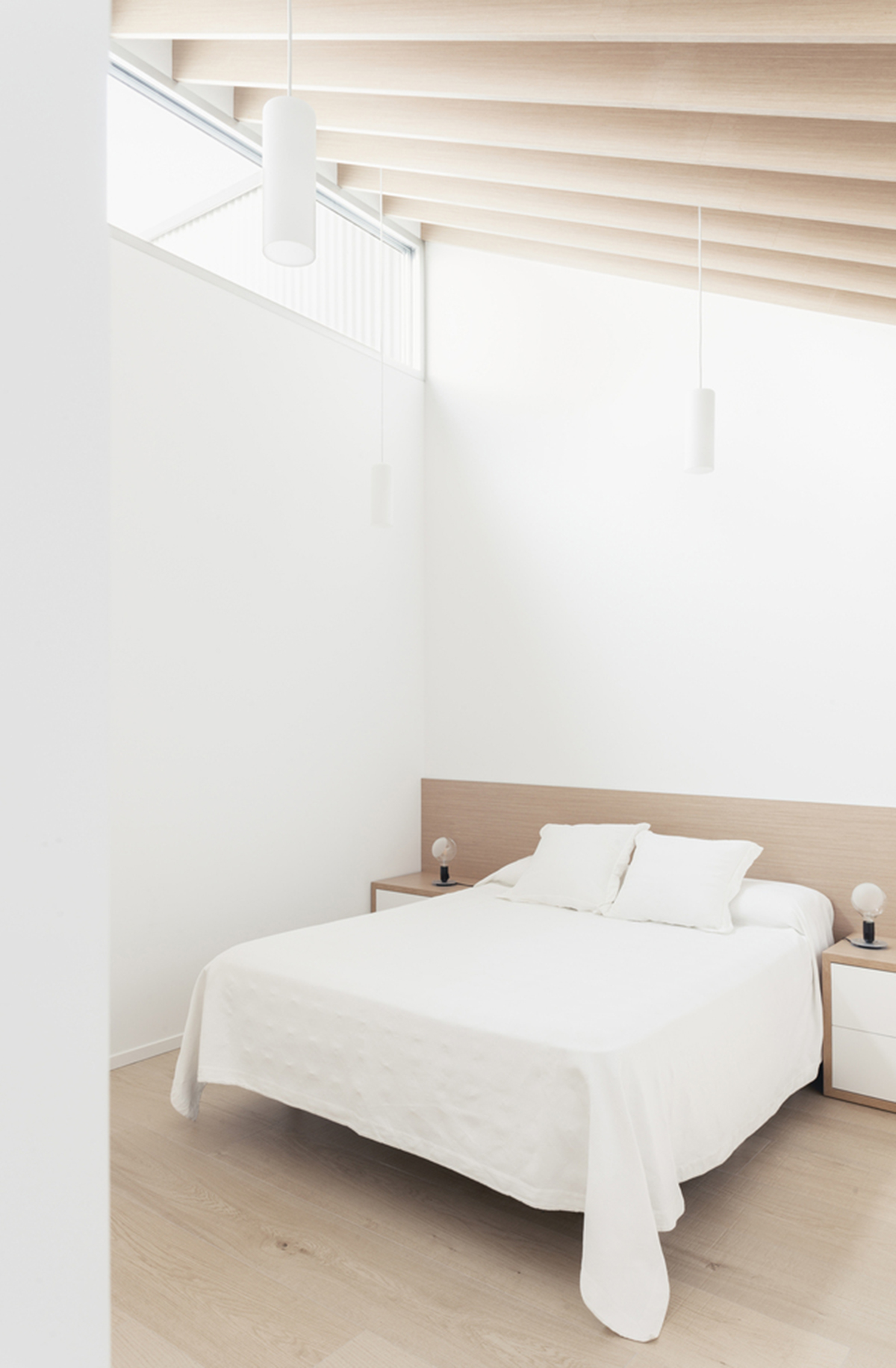