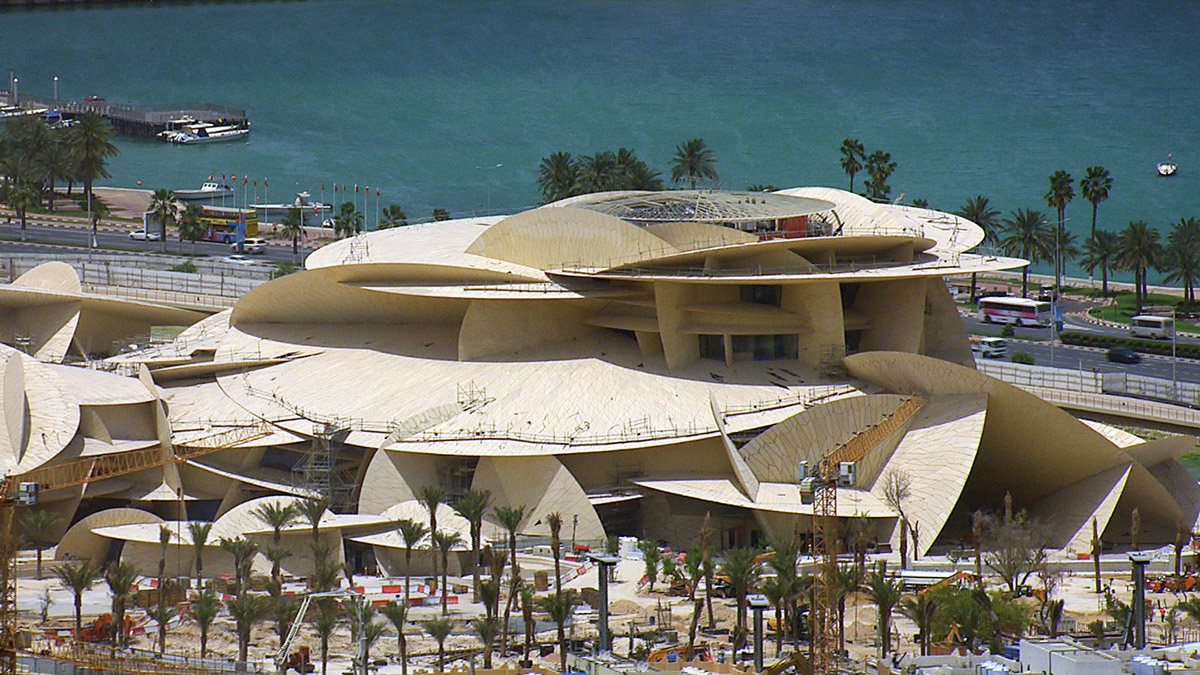 Pritzker Prize-winning architect Jean Nouvel's interlocking disc-formed Qatar National Museum takes shape and starts to grow organically at Al Corniche Street in Doha, Qatar. The National Museum of Qatar is another eagerly anticipated project of Jean Nouvel after the Louvre Abu Dhabi Museum in Abu Dhabi, UAE, which is officially set to open to the public on November 11, 2017.

Commissioned by Qatar Museums Authority (QMA), Jean Nouvel's design is inspired by the desert rose growing out of the ground and situated around the original Emiri palace. When completed, the Museum will celebrate the culture and heritage of Qatar and its people, embodying the pride and traditions of Qataris while offering international visitors a dialogue about rapid change and modernization.

The museum will represent the past, present and future of Qatar through exhibitions, educational activities, cultural site visits, and technology-based programming. 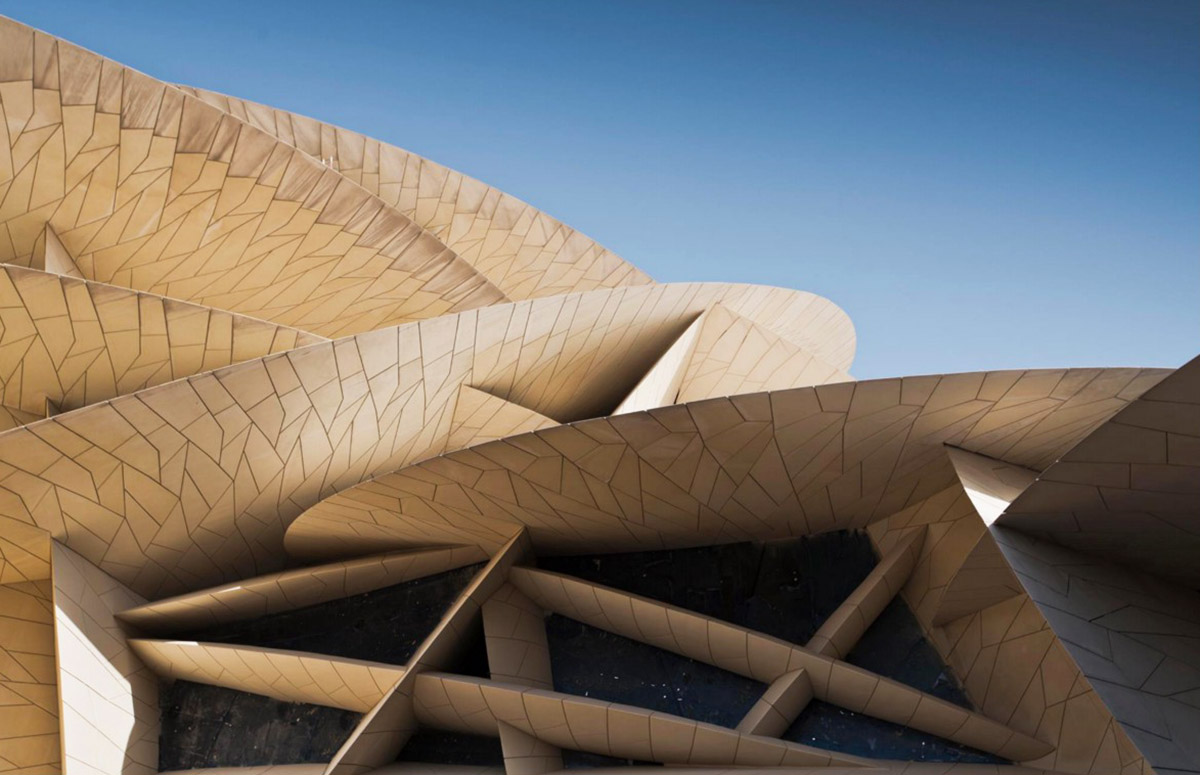 Thriving as a cultural hub for the public, students, and museum professionals in Doha desert, the museum will include a wide range of programmes alongside its gallery spaces.

The museum is built around Sheikh Abdullah bin Jassim Al-Thani’s original palace – his family home and seat of the government for 25 years. 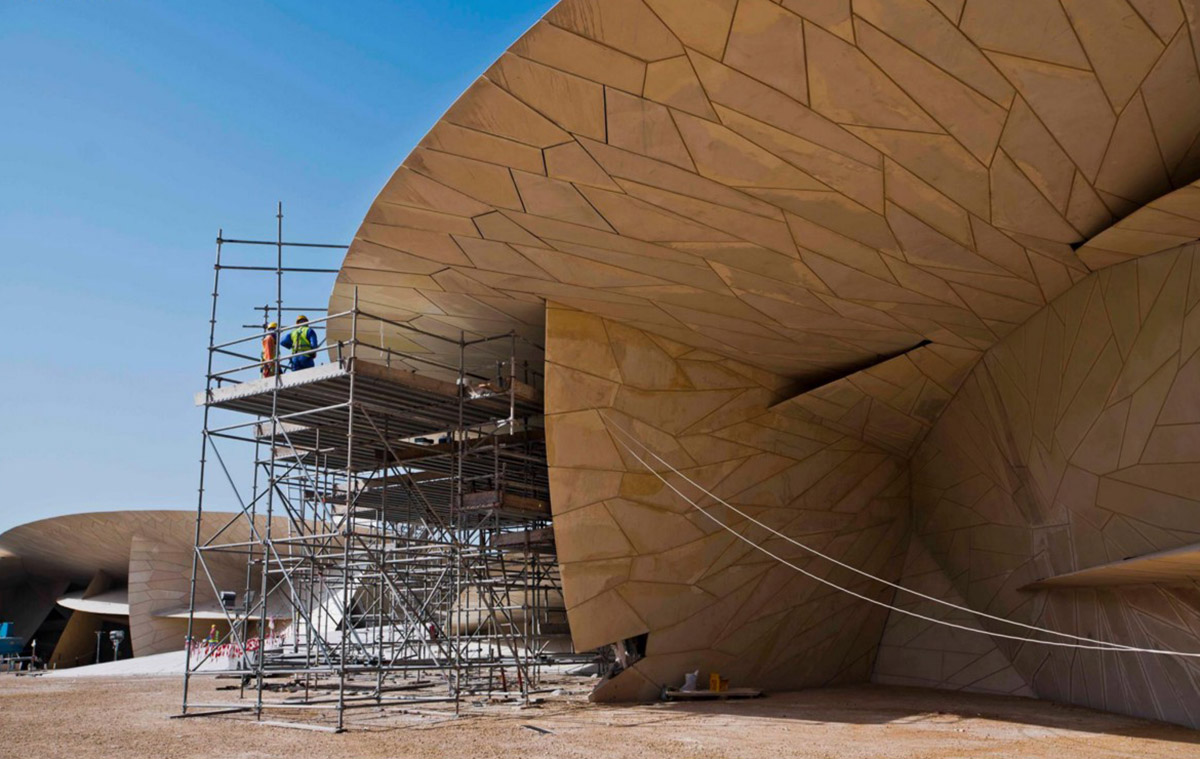 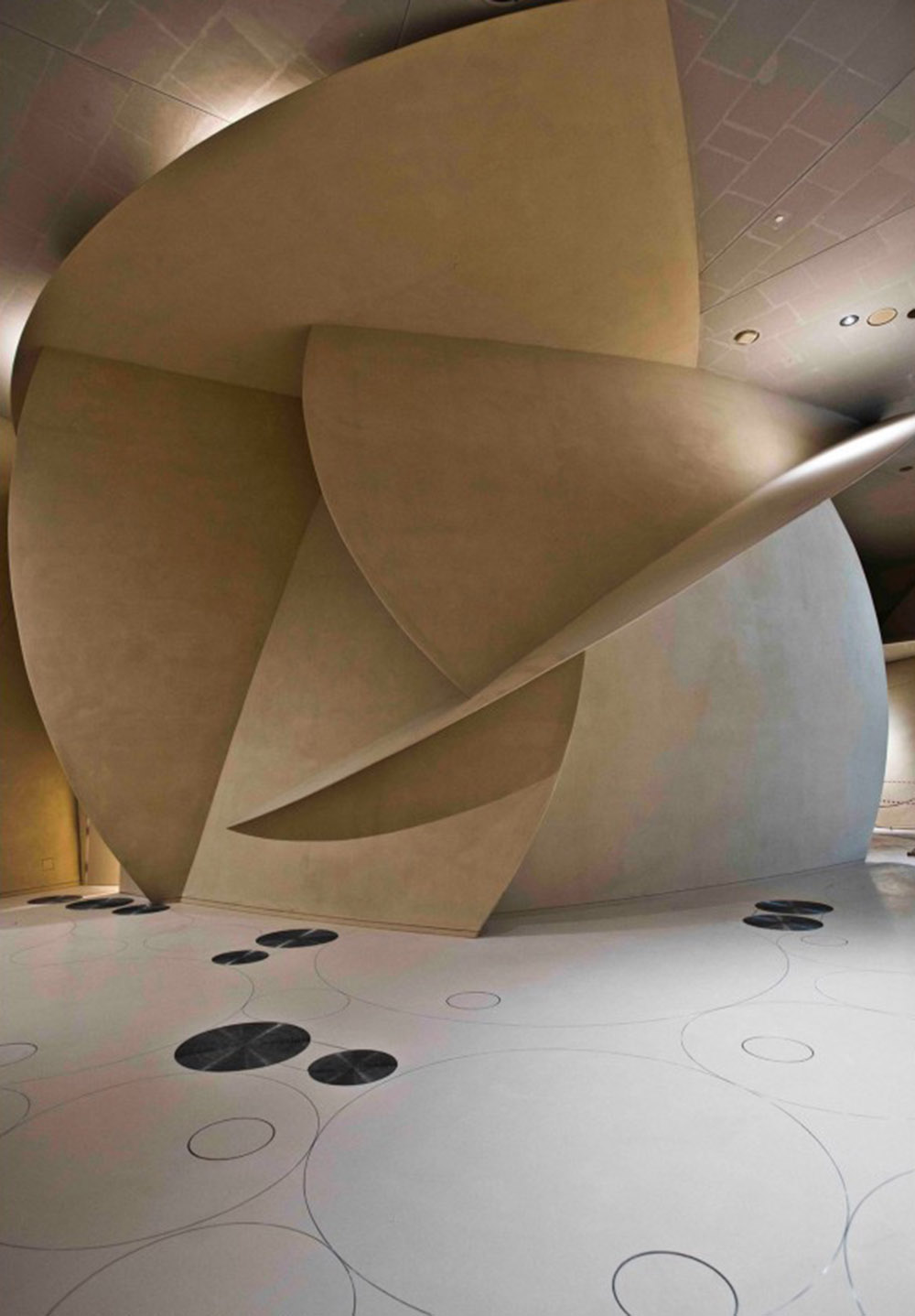 Jean Nouvel's firm Ateliers Jean Nouvel has been working on the project since 2010 and the project is still under construction since that time. The building was originally scheduled to open in 2015 but due to a minor fire exploded near the site of the new museum, some detailed facilities on the construction site and the installation of art pieces have delayed the opening of the museum. The museum is officially planned to open to the public in December 2018, which is at least two years later than originally planned.

The museum is comprised of a series of interlocking discs varying in sizes, dimensions and curvatures, which create different forms of floors, ceilings, walls, terraces and spatial organisations. Mimicking the crystal formation in Doha desert, the building doesn't consist of a large space space for exhibition which needed a different curatorial perspective for some creative works in the interior of the building. On the contrary, numerous varied interior spaces are offered to create different spatial organisations for various cultural activities. 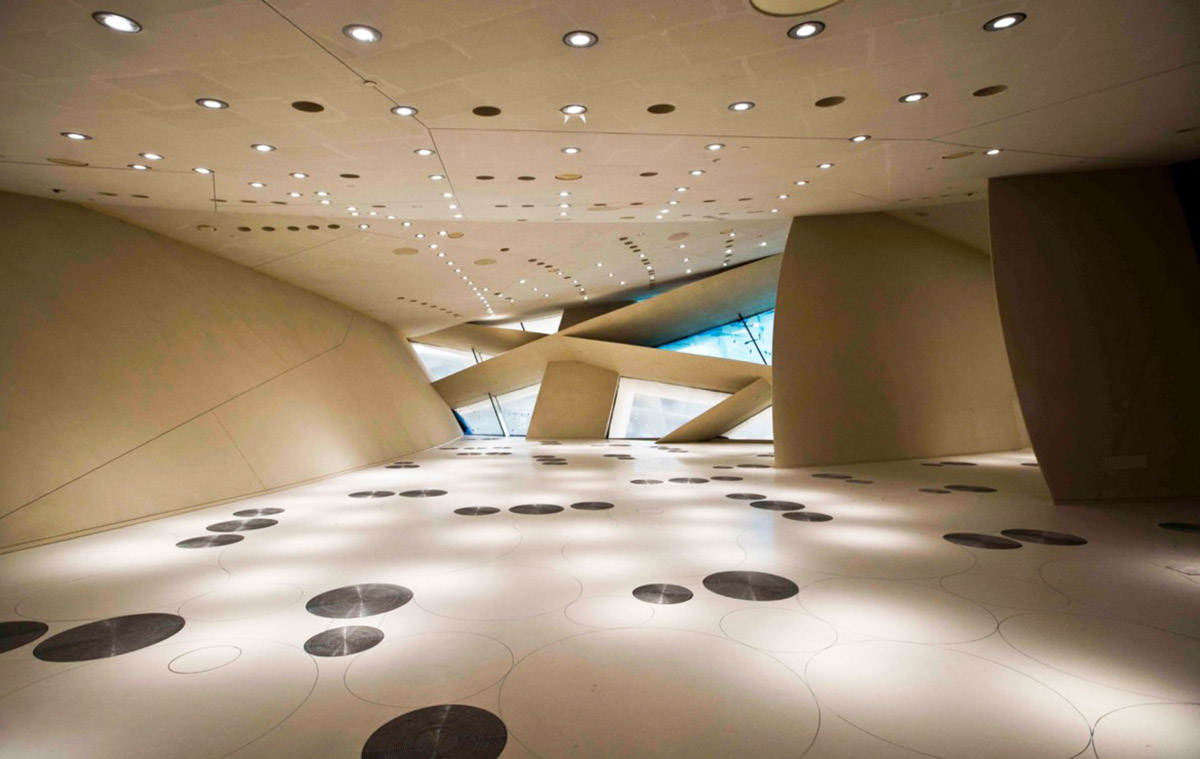 The disks are made of steel truss structures assembled in a hub-and-spoke arrangement and are clad in glass fiber reinforced concrete panels. Columns concealed within the vertical disks carry the loads of the horizontal disks to the ground. 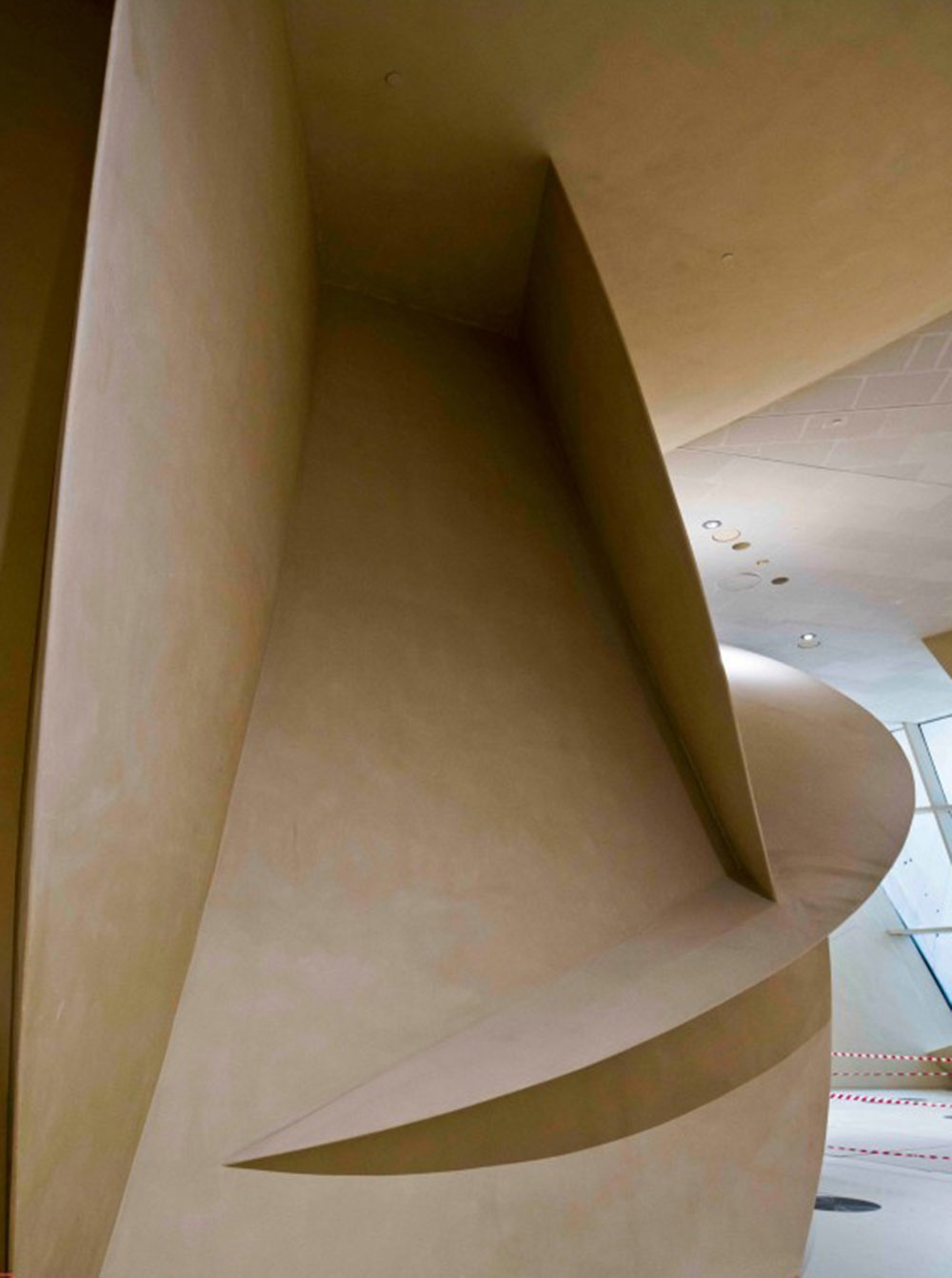 Like the exterior, the interior is a landscape of interlocking disks. Floors are sand-colored polished concrete, while the vertical disk walls are clad in 'stuc-pierre,' a traditional gypsum- and lime-blended plaster formulated to imitate stone.

Thermal buffer zones within the disk cavities will reduce cooling loads, while the deep overhangs of the disks will create cool, shady areas for outdoor promenades and protect the interior from light and heat. 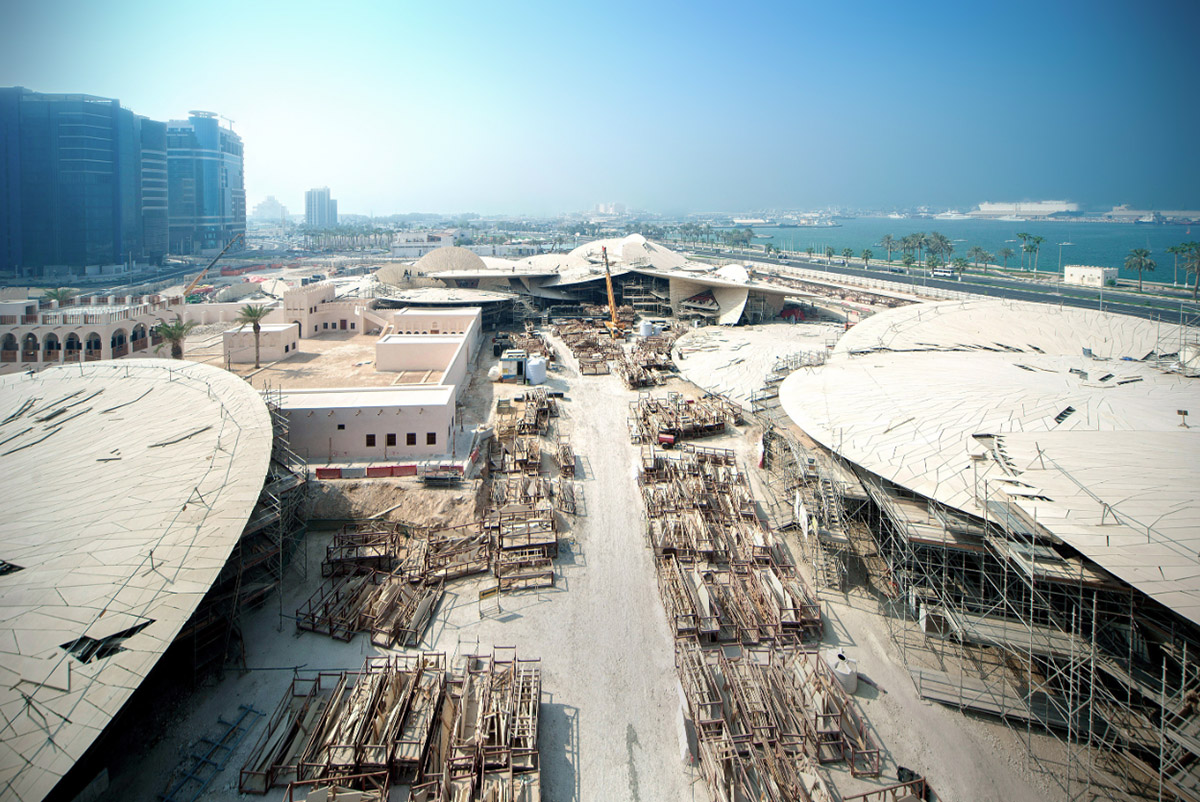 Steel and concrete, the main materials of the building, will be locally sourced and/or fabricated. The landscaping will feature sparse native vegetation with low water consumption. Through these and other sustainability measures, the Museum is working to achieve a USGBC LEED Silver rating.

The Museum’s gardens are specifically designed for the intense climate of Qatar. Plantings will include native grasses and indigenous plants, such as pomegranate trees, date palms, herbs and the Sidra tree, the national tree of Qatar. 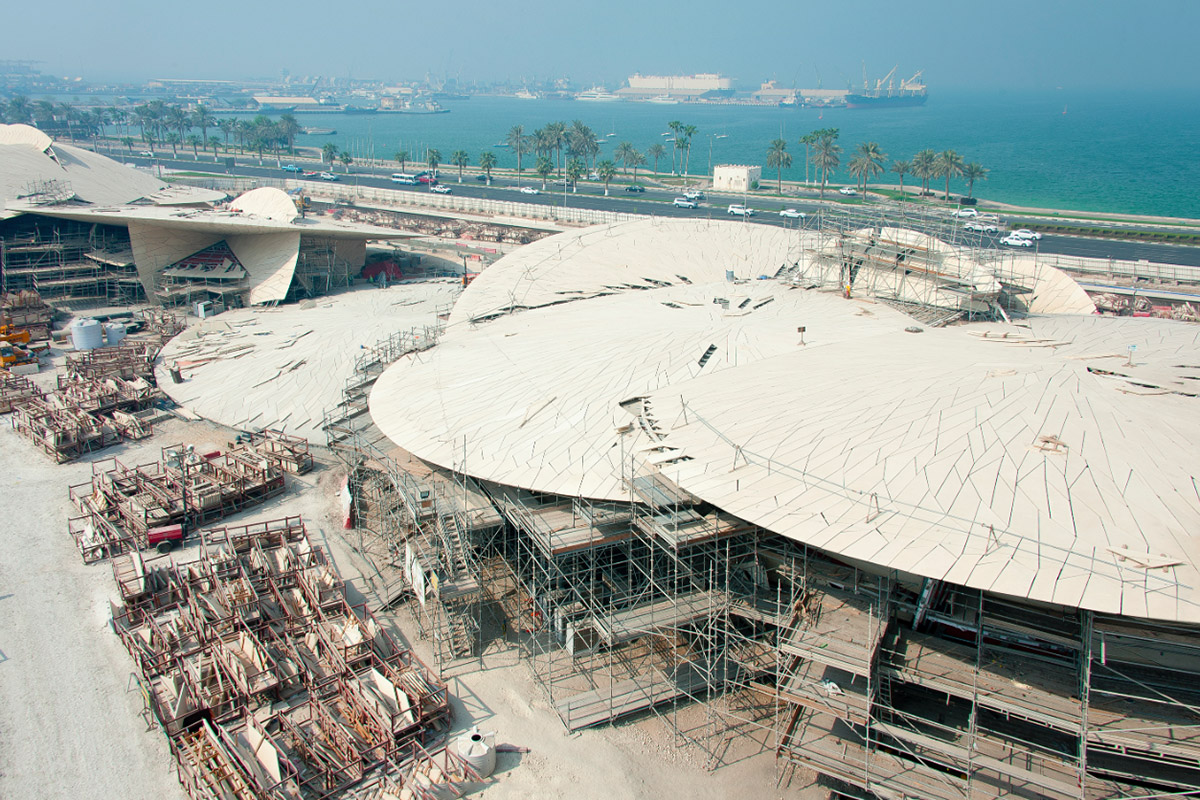 Landscaping will feature sand dunes and stepped garden architecture to create sitting areas and spaces for the Museum’s programs of tours and garden lectures.

In July, the museum launched a series of sneak peek tours to its Culture Pass members before it opens late next year. QM Chairperson Sheikha Al Mayassa said that the tours would give visitors "one last opportunity" to "appreciate the architectural gem of Jean Nouvel" before the museum’s exhibits are installed, stated in a statement.