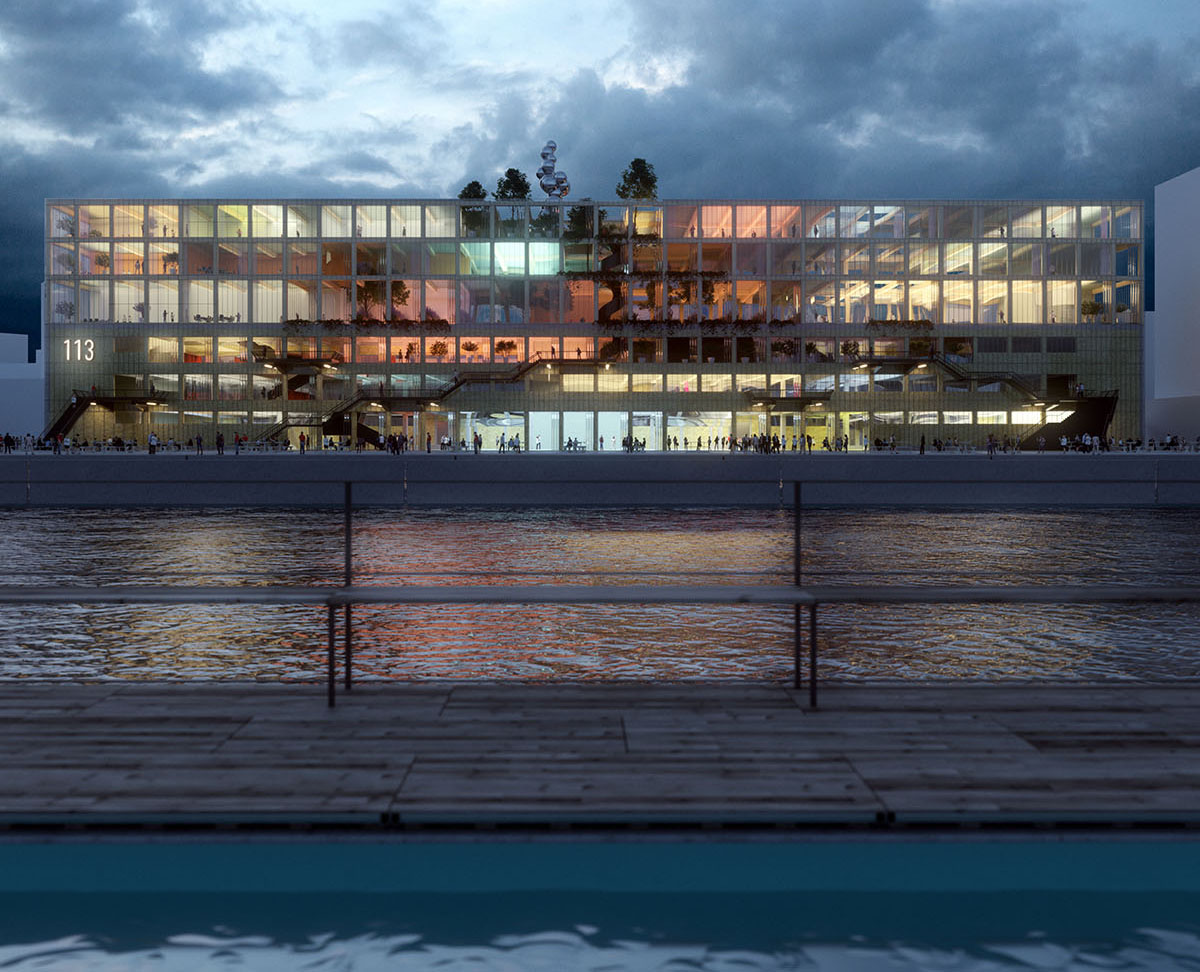 MVRDV and Stockholm-based architecture firm BSK Arkitekter have unveiled plans for the transformation of the former warehouse into a new cultural hub in the port of Gothenburg, Sweden. The proposed scheme shows that all private and public functions will be scattered within a fully transparent gridded volume which makes the building itself completely visible to invite visitors directly from the waterfront.

The 16,500-square-metre mixed use building - called Magasin 113 - is located in Frihamnen RiverCity and it is one of the few remaining multi-story warehouses in the region, and now it will be revived with both public and private functions by opening up itself with an entirely "nude skin". 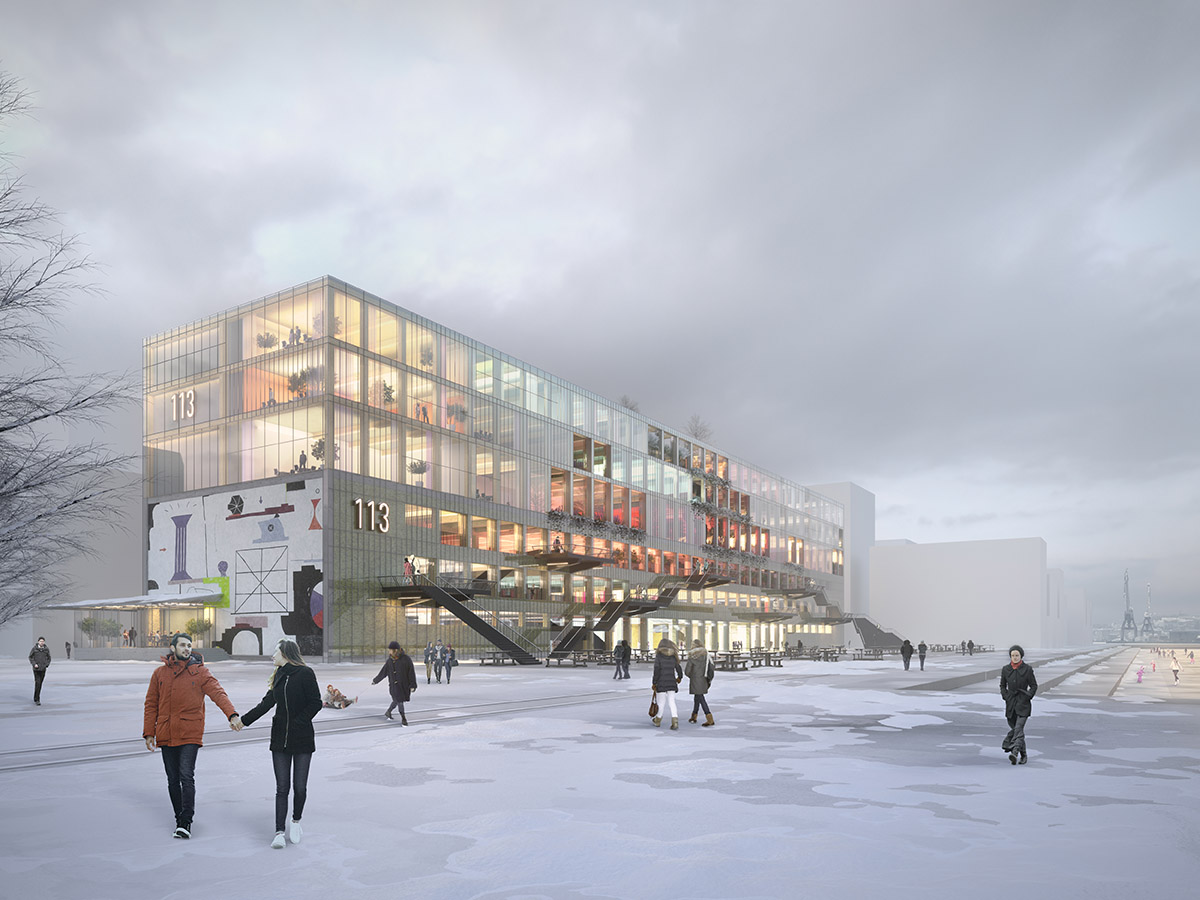 Magasin 113 will be the largest urban development project in Scandinavia and it is conceived that the new building will stimulate future developments on the riverfront and create a more inclusive and vibrant area of the city.

The entire site occupies the edge of an existing public square on the riverfront. The two architecture studios will use the former historical structure of the Magasin 113 to transform it into a much more flexible cultural hub, offering flexible offices, an art centre, pop-up spaces, a café, tourist information, shops, a restaurant and studios. Besides that, Gothenburg-based advertising agency Forsman & Bodenfors and Göteborgs Konsthall are planning to establish their offices in the building. 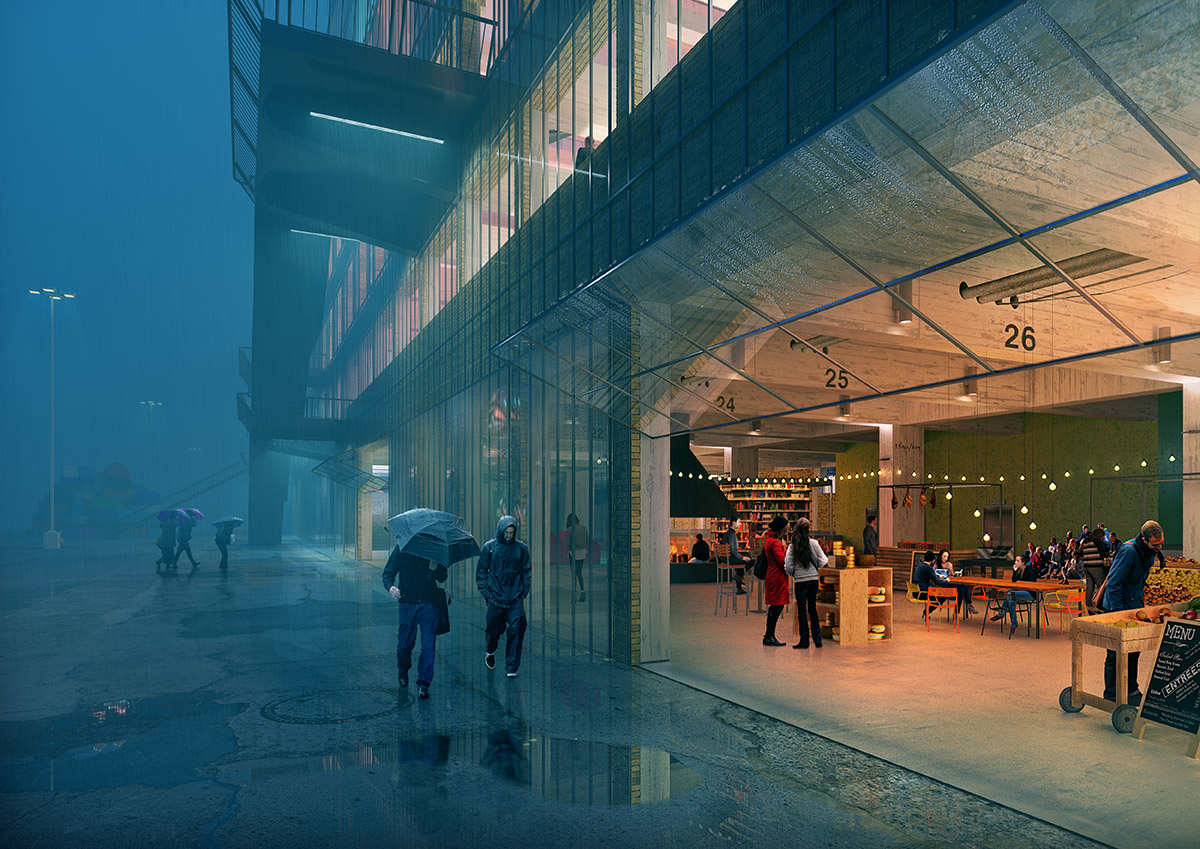 The architects will restore and repair the current brick façade and interiors of the building to support three new levels of timber-framed floors above. These new levels will create space for additional programs and allow the experience of different atmospheres across levels from ground level upwards.

"The atmosphere in the existing warehouse is really amazing, so why design something totally new? Just do it again! Therefore we chose to go for copypaste, and 'simply' added a wooden copy of the warehouse on top of the existing concrete one", said Jacob van Rijs, MVRDV co-founder.

The proposed transparent glass facade will function as a protective 'raincoat' to combine the need for insulation and the desire to maintain the existing brick facade - and this facade will be wrapped around the existing warehouse and the new extension on top. With this old and new combination, the architects create a permeable building that can be seen as raw and smooth, and solid and transparent at the same time. 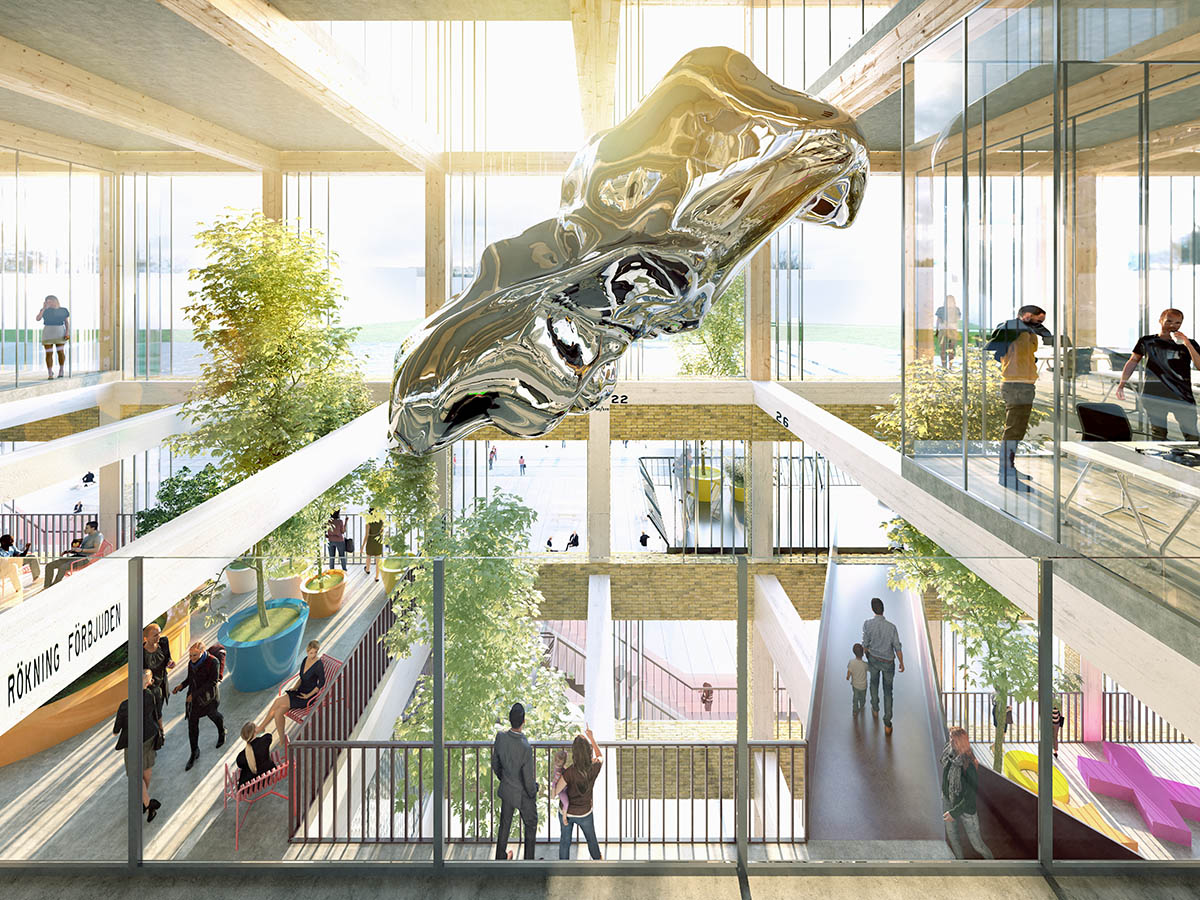 A new public space will be carved out between these two levels, visually uniting them and also enabling public activity from the exterior square within the building. Inside, a family of different types of stairs weaves through the building to create a dynamic but visually unified public route through space.

In addition to large freight elevators, which will give access to each of the zones within the building, a family of different types of stairs will be added to create a continuous and clearly recognisable public route. New stairs will also be placed along the main facade on the waterfront side, creating new connections between the different loading balconies and the main public plaza in front of the building. 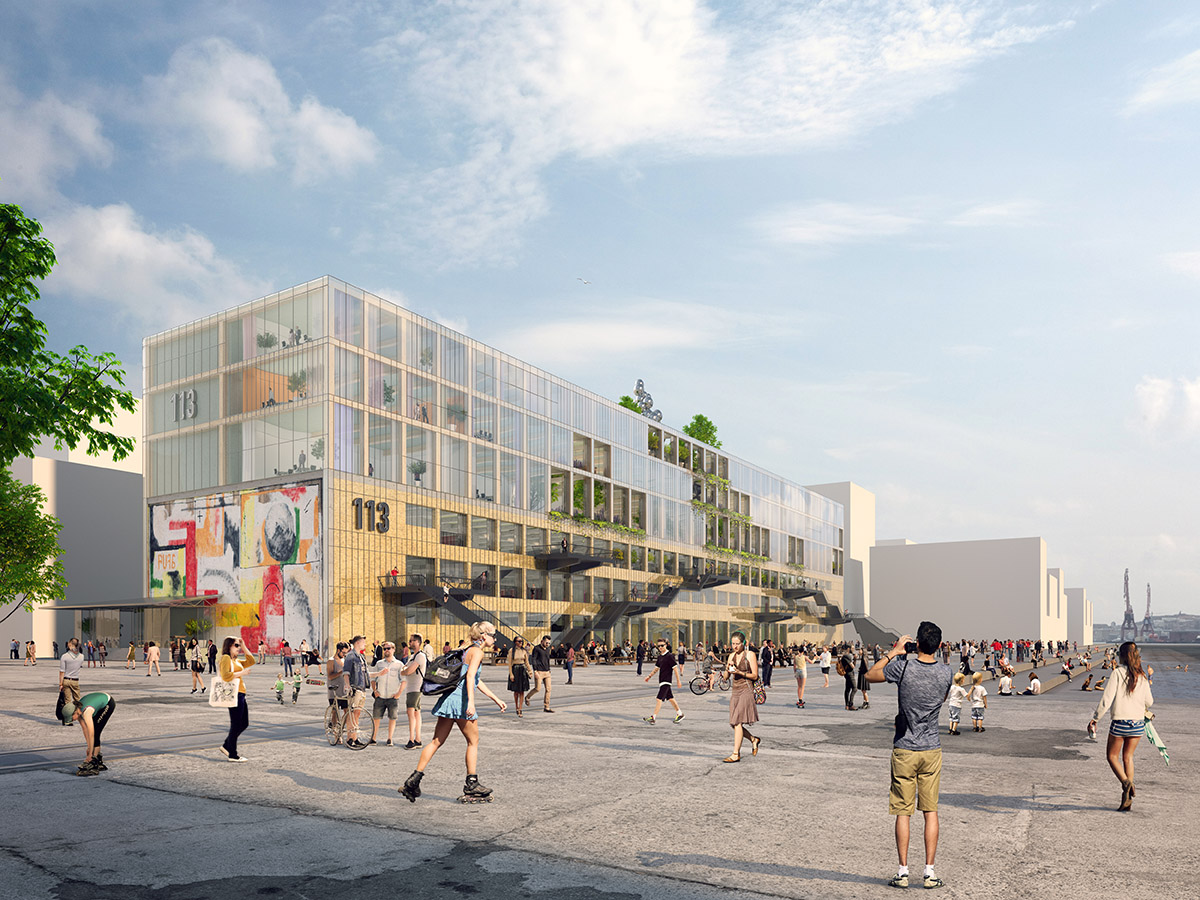 Magasin 113’s location will become a public node through its close connections to other public spaces in the area. Combined with the nearby park and pool, it aims to attract a wide range of tenants and services, which in turn will help to create an inviting and desirable neighbourhood.

Gothenburg City Council and Älvstranden Utveckling selected MVRDV and BSK Arkitekter to develop Magasin 113, one of the first new projects for Frihamnen RiverCity. 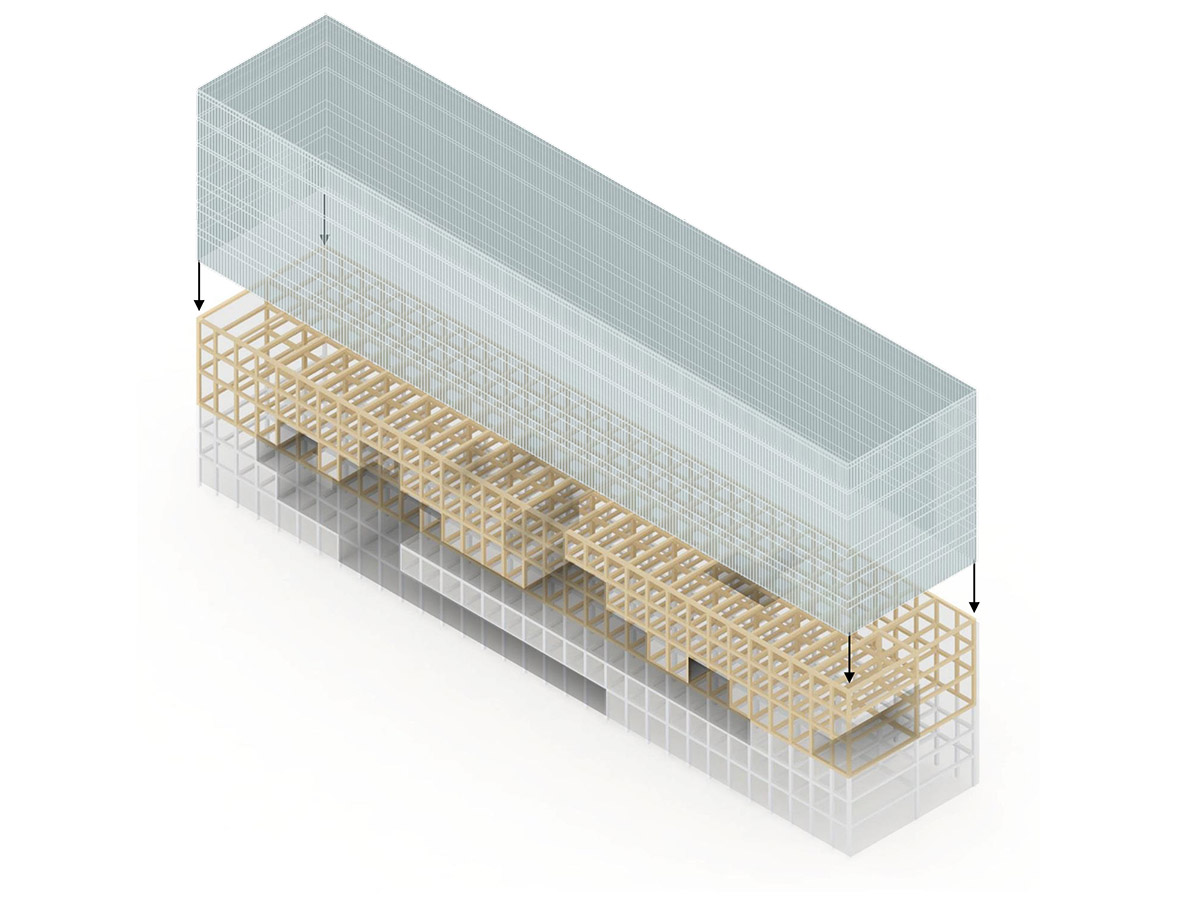 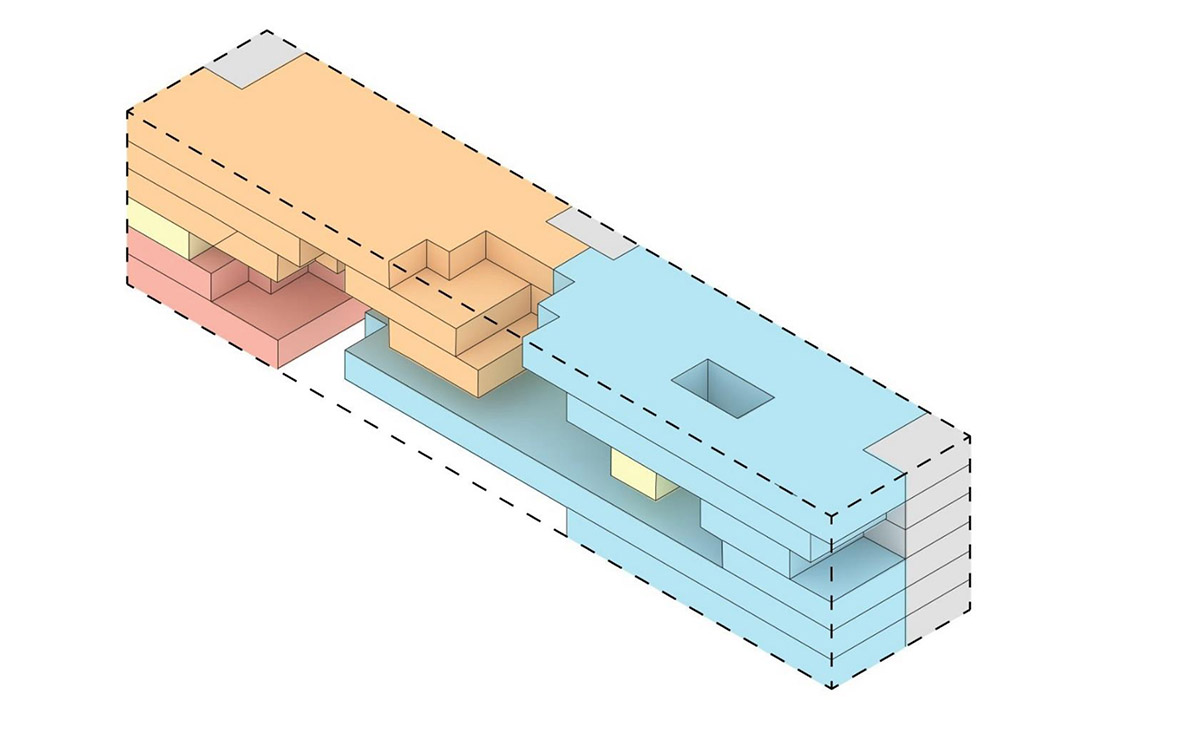 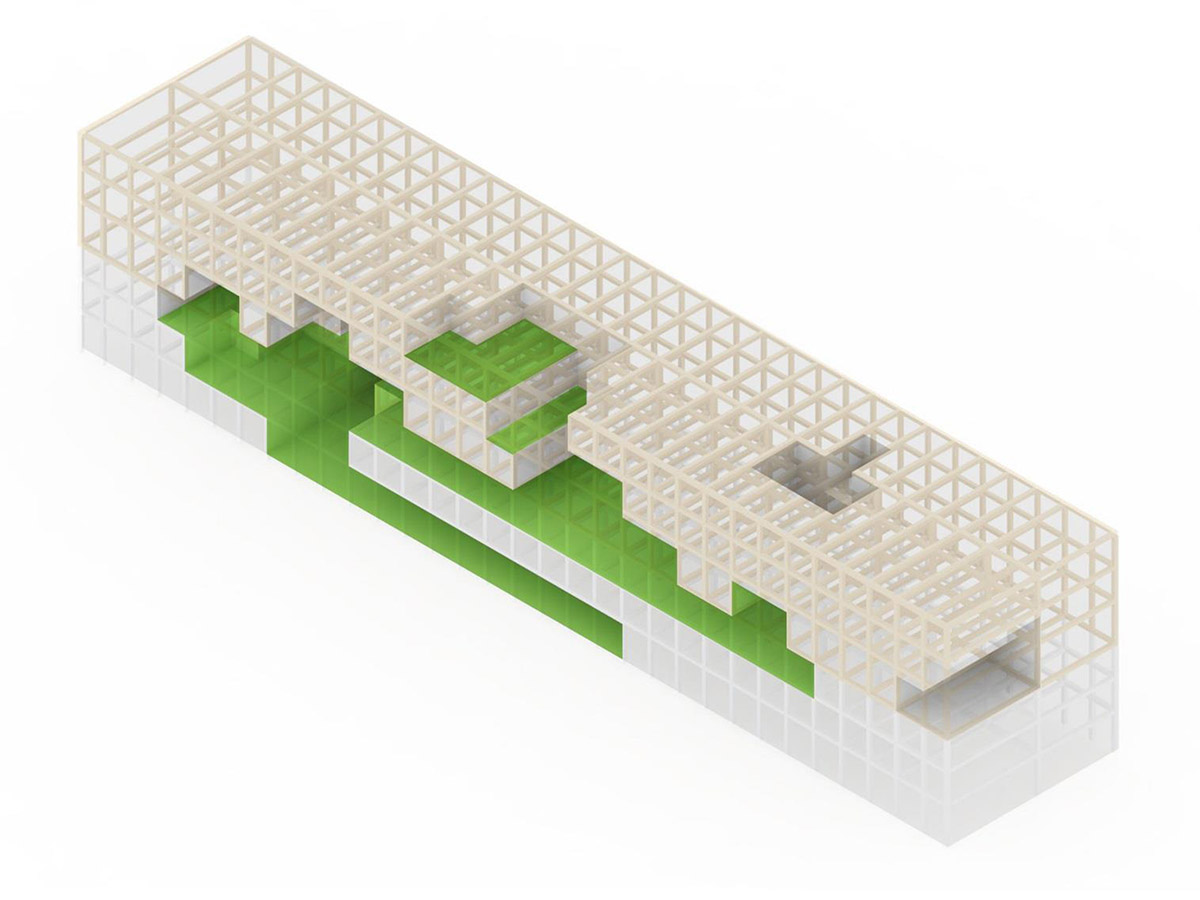