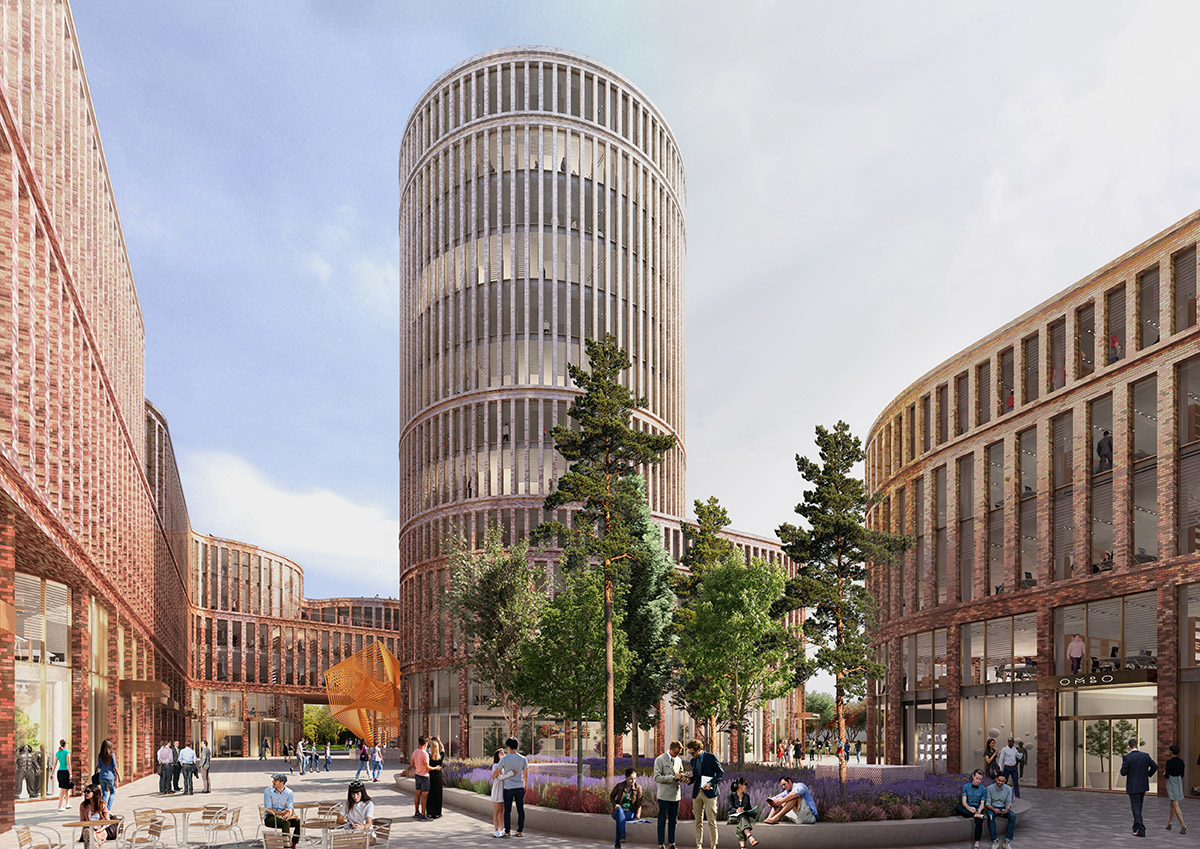 MVRDV has released plans for a new office complex in the heart of Łódź, Poland, featuring rounded forms, glazed brick facade and a pattern of song strips to give a dramatic look to the whole development.

Called Fabryczna offices, the new office complex will consist of a 31,000-square-metre program, including offices and retail units. The design scheme includes a 13-floor high building in the core of the development, which is integrated into its newly developed surroundings with a distinct glazed brick and glass façade, surrounding a new plaza. Commisisoned by Invest Company, the project aims to break ground this summer and be completed in 2020. The rounded shaped office complex will be built in the centre of Łódź across the street from the newly developed railway station “Fabryczna” and in proximity to the Alexander Nevsky Cathedral and Lodzki Dom Kultury (Culture House), Fabryczna offices draws inspiration from the city’s distinct industrial textile heritage reimagined for contemporary use.

MVRDV's mixed-use building will be one of the latest developments for Łódź’s new city centre and will include 27,000-square-metre of offices spread over thirteen floors and 4,000-square-metre of retail on the ground floor, with a courtyard designed by Dutch firm Lola Landscape Architects. 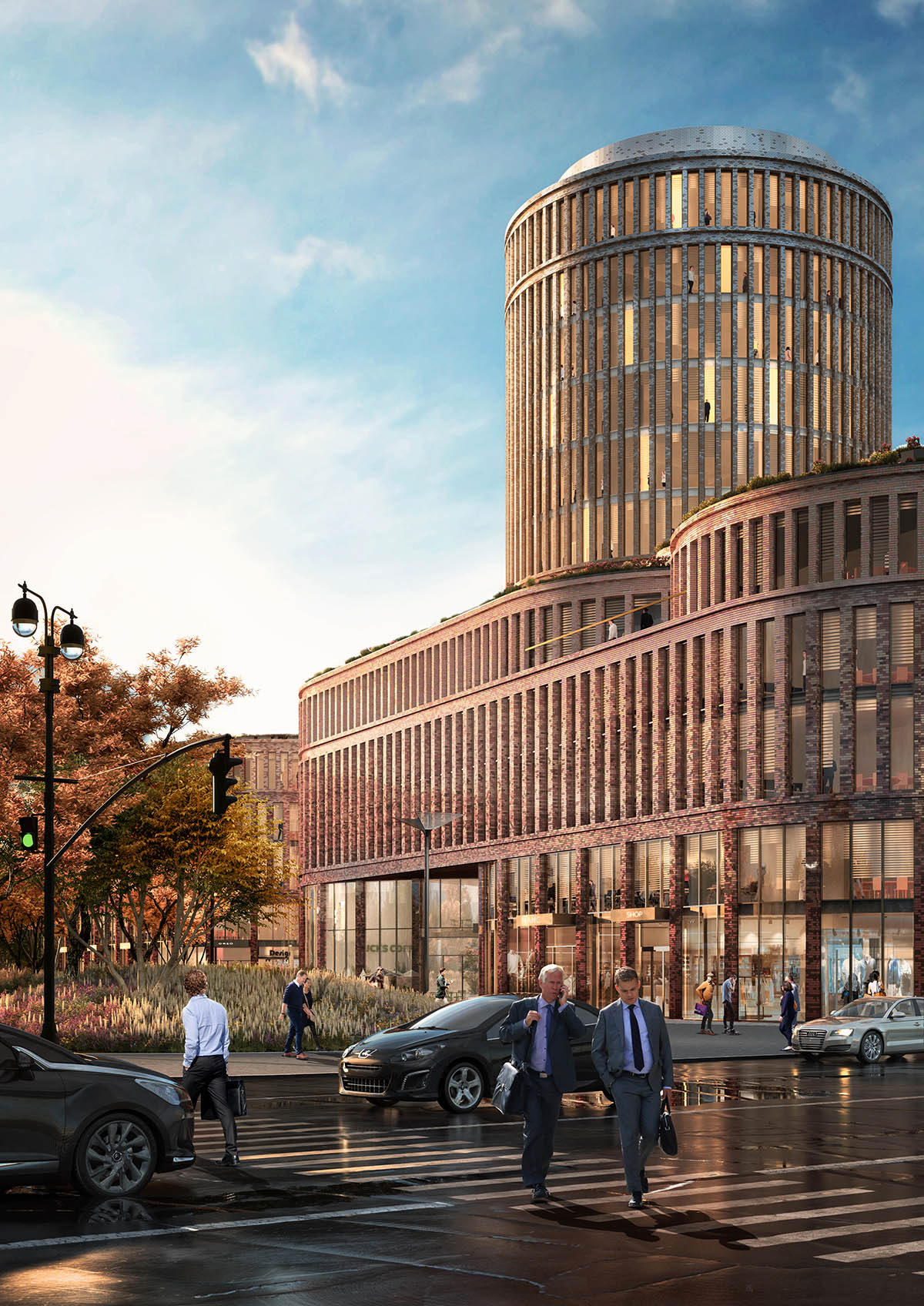 “This building will help to bring back more density and urbanity right in the heart of Łódź," said Nathalie de Vries, co-founder of MVRDV.

“We have created with our design, an ensemble with a tower, referring in proportions to the mansions of the industrialists, surrounding a new public court. The specially designed glazed-brick façade with a colour scheme which blends from red to metallic grey refers both to the past and the city’s future ambition.”

The studio gives a distinct envelope specified the strict instructions for a 4-storey plinth, respecting the outline of the plot and at the same time, allowing for a tower height of up to 55 meters. The plinth is a band of retail spaces on the ground floor with offices above and a depth that allows for maximum daylight into all floors. 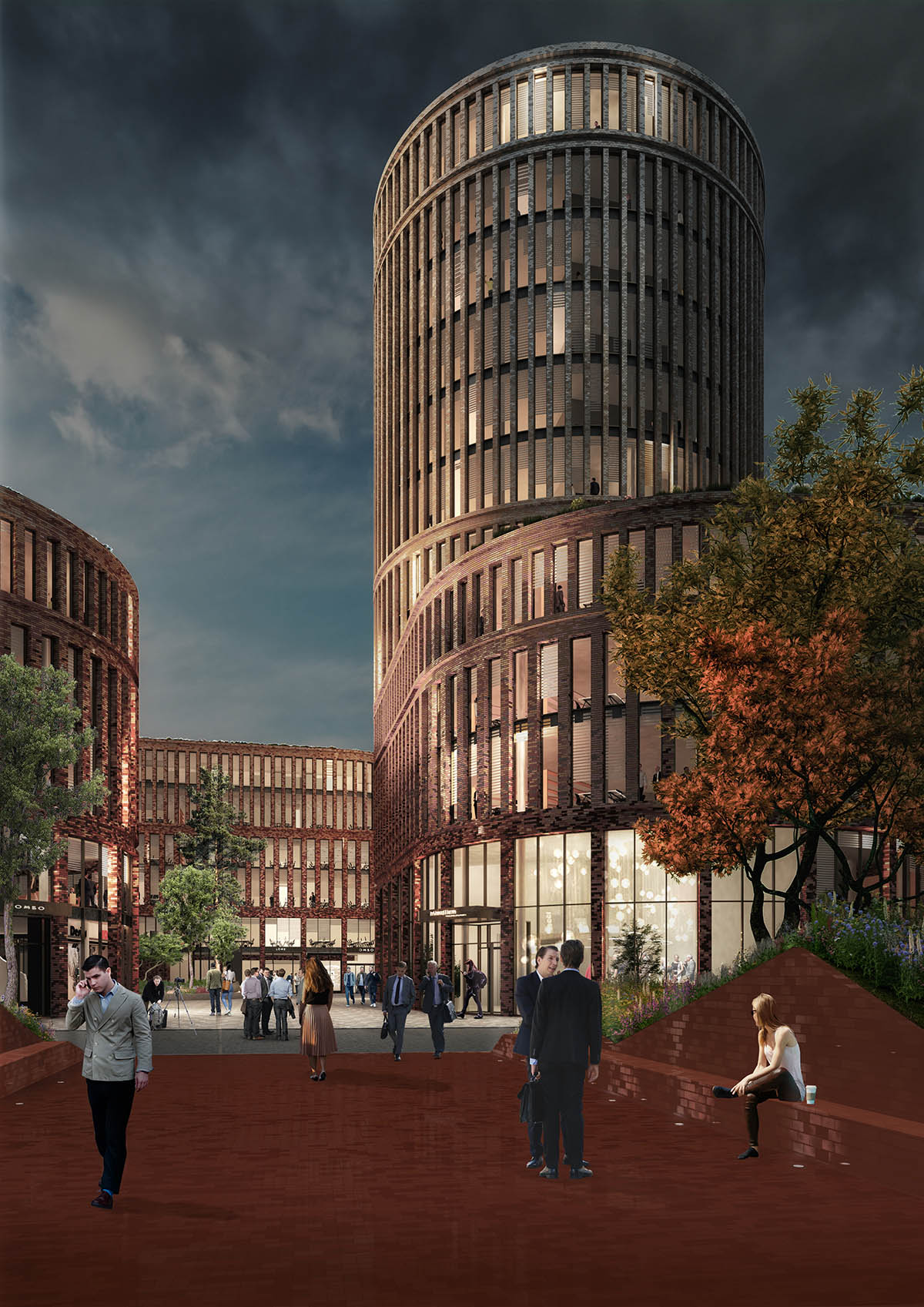 Using a rounded plinth on the ground floor, the tower is elegantly curved to create a series of smaller volumes which gives the project a more intimate scale and also provides a more individual identity to future tenants.

The courtyard has an opening towards the culture centre and a passage towards Kilinskiego Street with the intention to introduce a new walking route through the area, meaning the tower is welcoming to those passing by.

The private green roof and public courtyard by Lola landscape architects are designed as a family of semi-public spaces with greenery, a large variety of vegetation and spaces for terraces and bikes. In future, Fabryczna offices will connect to the Central station and other parts of the city through an underground tunnel.

Fabryczna offices will be the second project of MVRDV in Poland, following last year’s completion of Baltyk tower in Poznan.

Programme: 31,000m2 mixed-use building to include offices and retail units