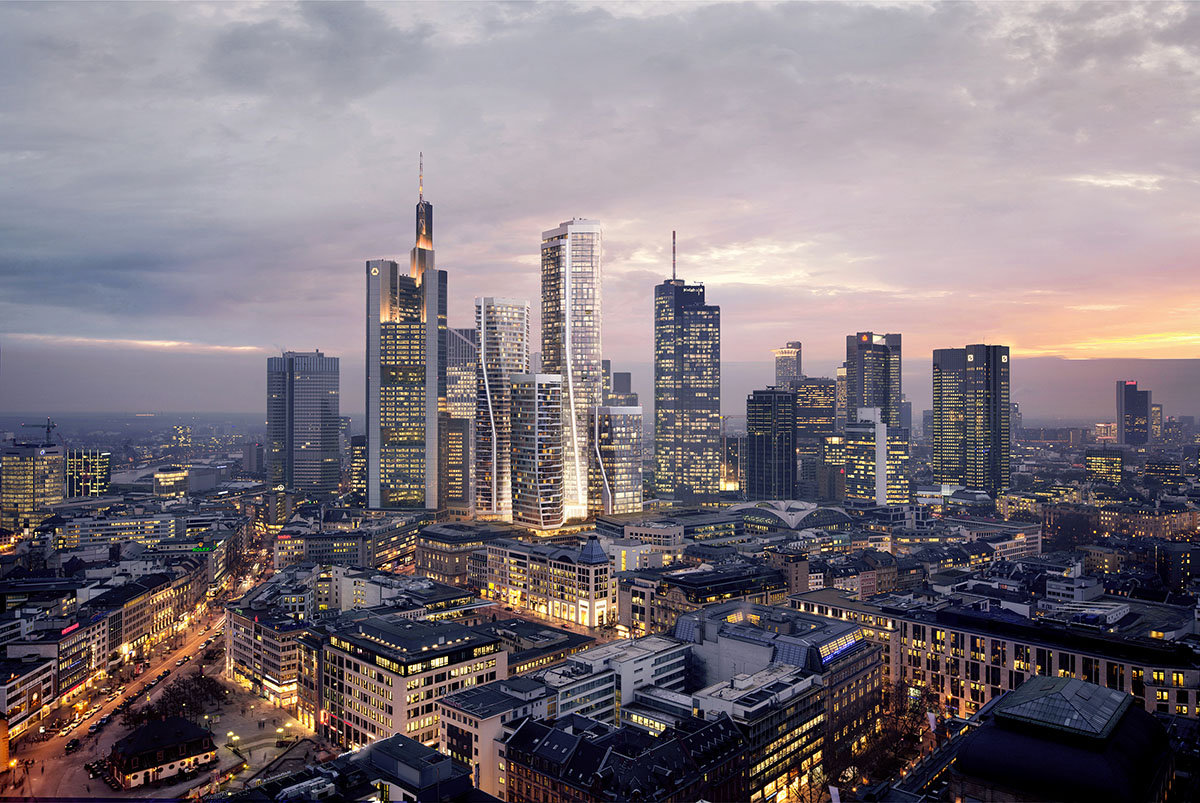 UNStudio has released detailed plans for the next phase of the four-tower complex in Frankfurt, Germany, which is planned to be built on a former Deutsch Bank site in Frankfurt.

Following the announcement of UNStudio as the winner of an architectural design competition earlier last year, UNStudio has now teamed up with German studio HPP Architects to carry the project to the next phase in detail.

Named FOUR Frankfurt, the 16,000-square-metre project will be built in the heart of the city - the site has been completely inaccessible for the last 45 years. 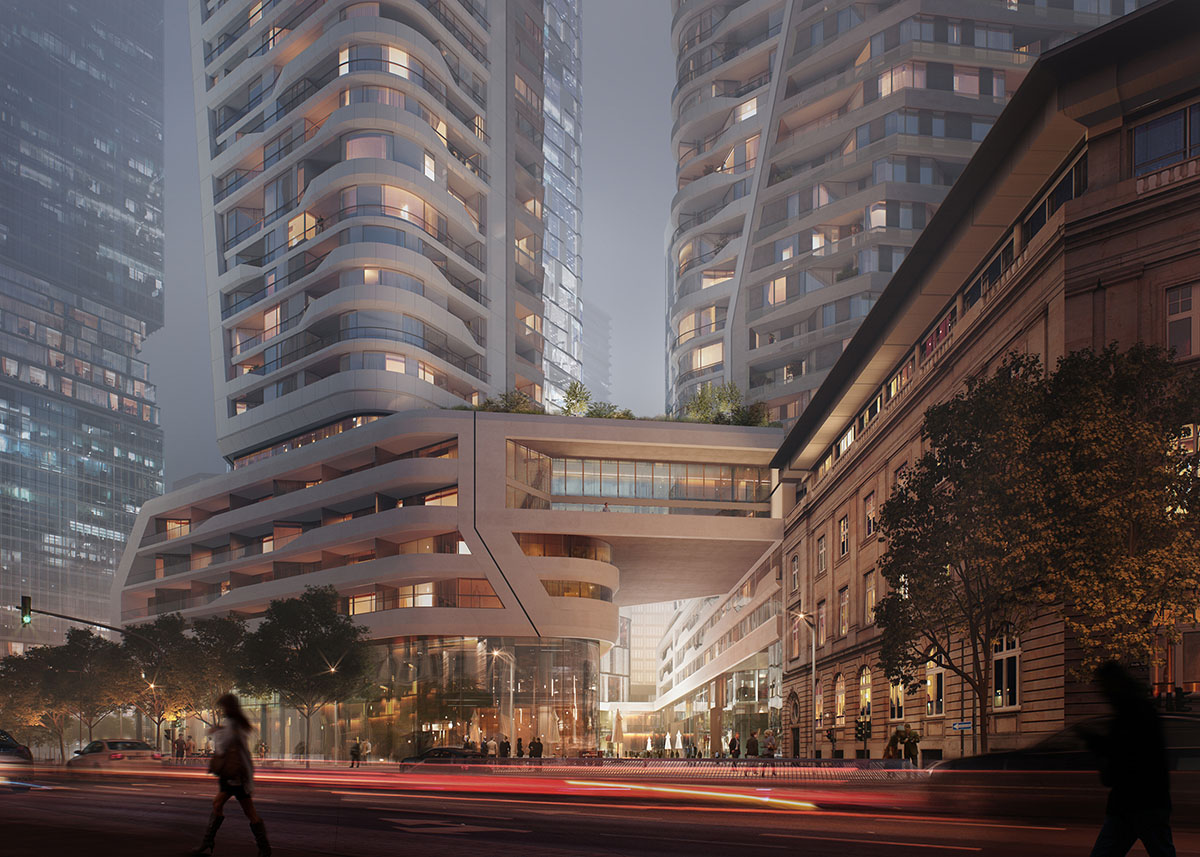 Reaching at 228-metre height, the four-tower complex is conceived to change Frankfurt's skyline from the air, while cultivating its liveliness on the ground.

The development of these towers will open up new streets to create a multi-use, vibrant inner-city quarter, bringing together a healthy mix of work, living, relaxation and recreation.

The plans follows a smooth transition from Frankfurt’s shopping district to the east of Roßmarkt, to the high-rise office towers clustered around Park Taunusanlage. 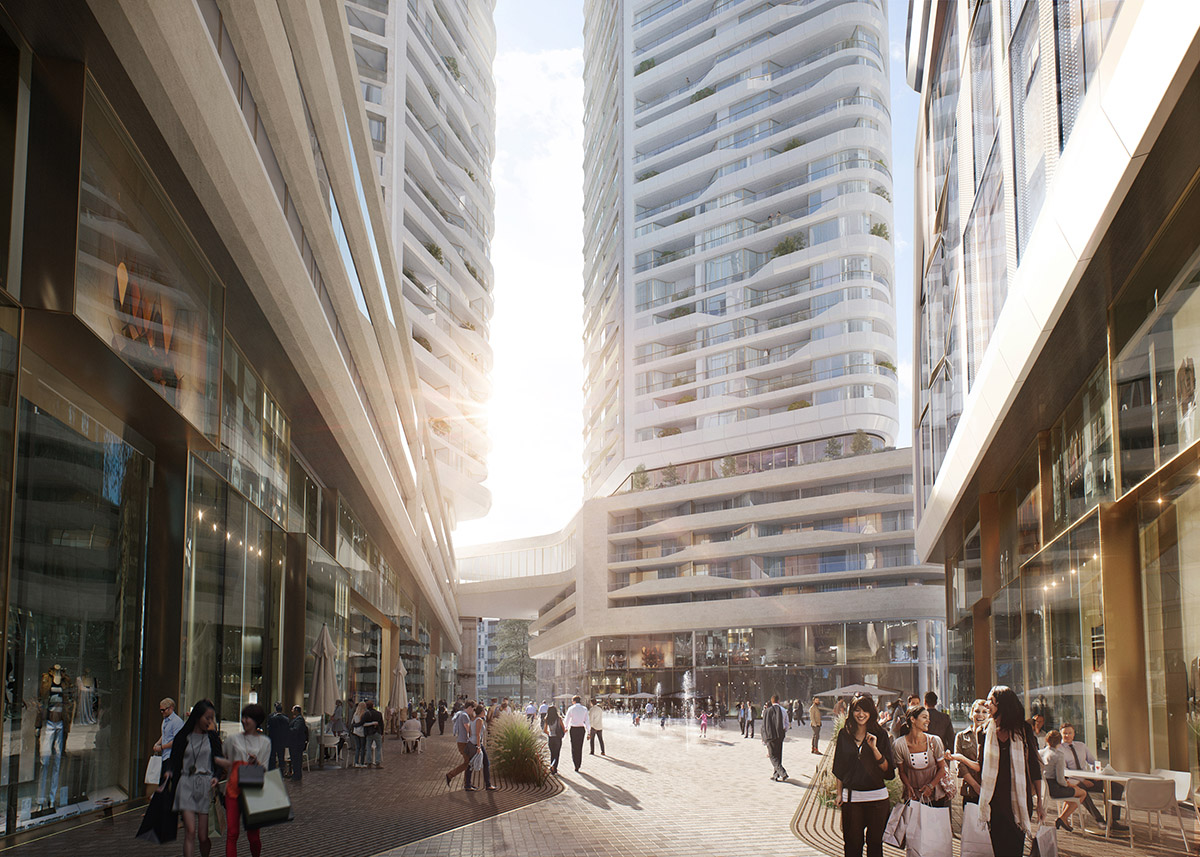 Planned as a unique concept to Europe, the FOUR Frankfurt project brings together facilities that will establish a lively new neighbourhood for Frankfurt, its visitors, and its (future) residents.

“FOUR Frankfurt will be built, first and foremost, for the people of Frankfurt. It will not only add to the city’s skyline, but also to the liveliness of Frankfurt as a whole," said Ben van Berkel, Founder / Principal Architect, UNStudio.

"A development with this level of urban effect is particularly timely, as Frankfurt is currently taking up an even bigger role on the European stage. To play a role in this urban transition is a fantastic opportunity for UNStudio and our new consortium partners HPP," added Berkel. 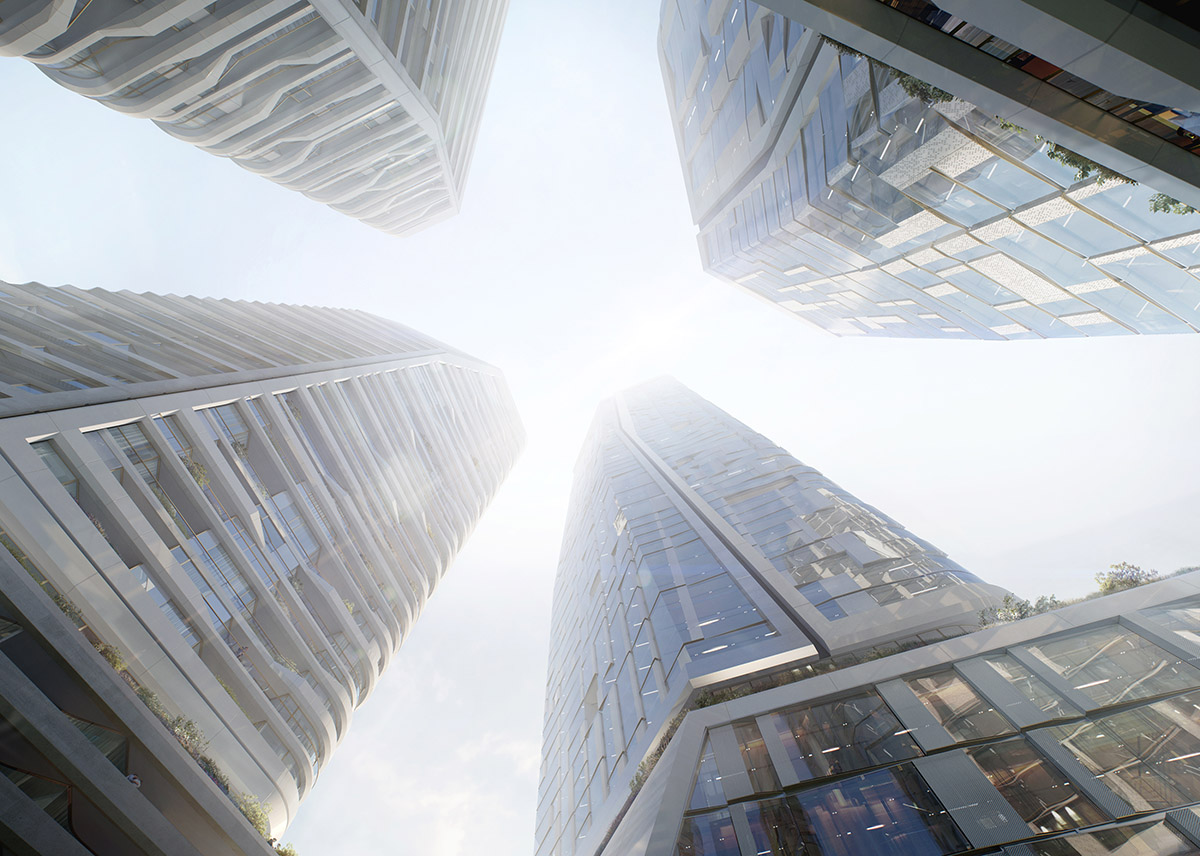 "FOUR Frankfurt condenses both the skyline and the urban fabric of Frankfurt with diverse opportunities for urban life," said Joachim H. Faust, Managing Partner at HPP.

The new high-rise complex will be integrated into the expanding city structure by incorporating the heritage-listed facades of the Junghofstraße into the design and by making a multi-storey base building the connecting element of the entire site. According to the assessment by the competition jury, the unique quality of the quarter can be found in its public development and amenity value.

The new development will therefore create connected spaces, accessible rooftops, pathways and passages. The existing block on the Junghofstraße will be opened up to strengthen the surrounding pathways and ensure a high level of accessibility. 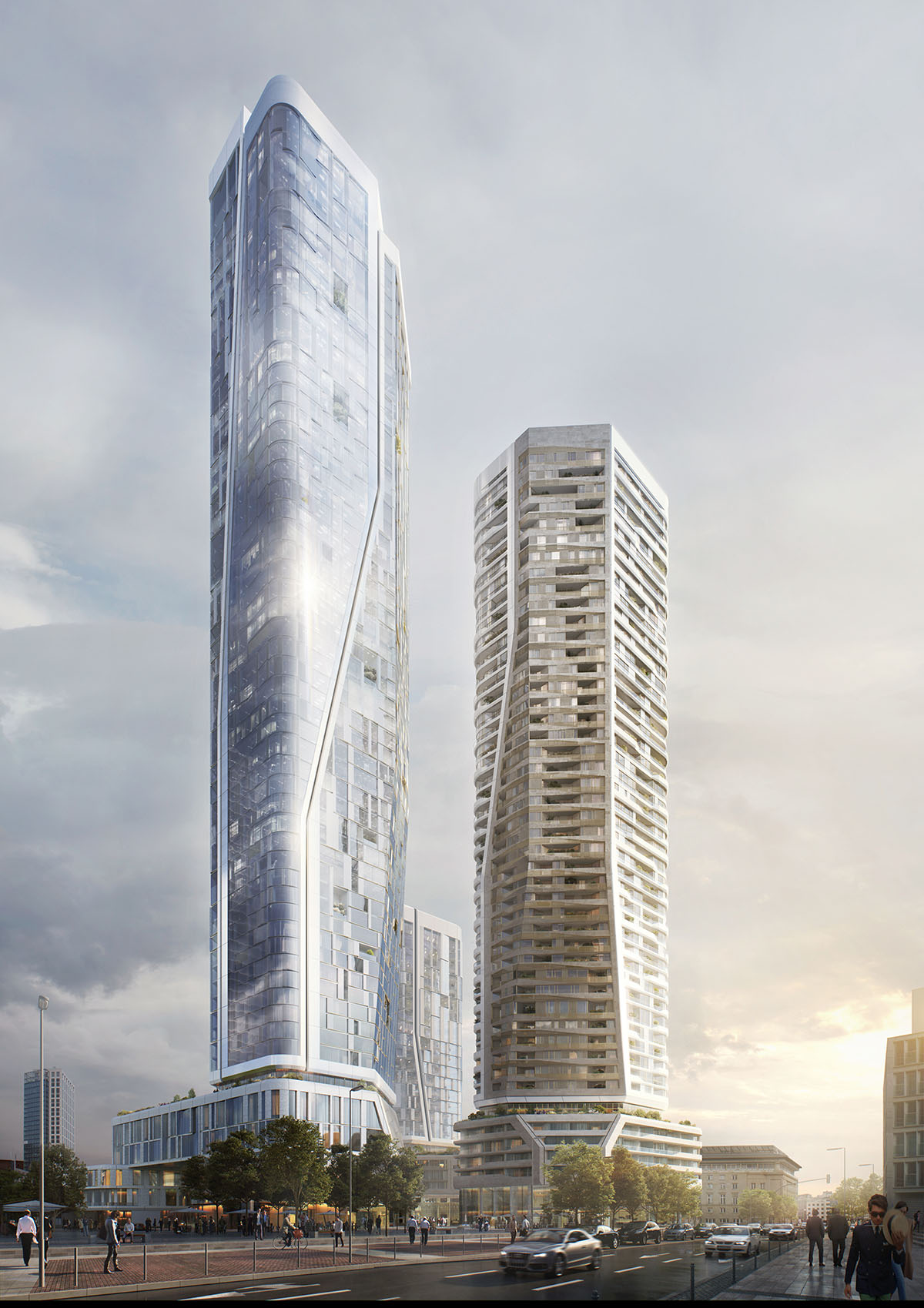 This will create a multi-use, diverse quarter comprising 50% office spaces, 30% living accommodation (including subsidized housing), in addition to retail spaces, restaurants and hotels.

“The future of the city will gravitate towards its center, and the design of the FOUR project both emphasises and enables this. By pushing the conventional boundaries of work, play, mobility and quality of life, we will once more position Frankfurt as a trendsetter," said Christian Veddeler, Director / Senior Architect, UNStudio. 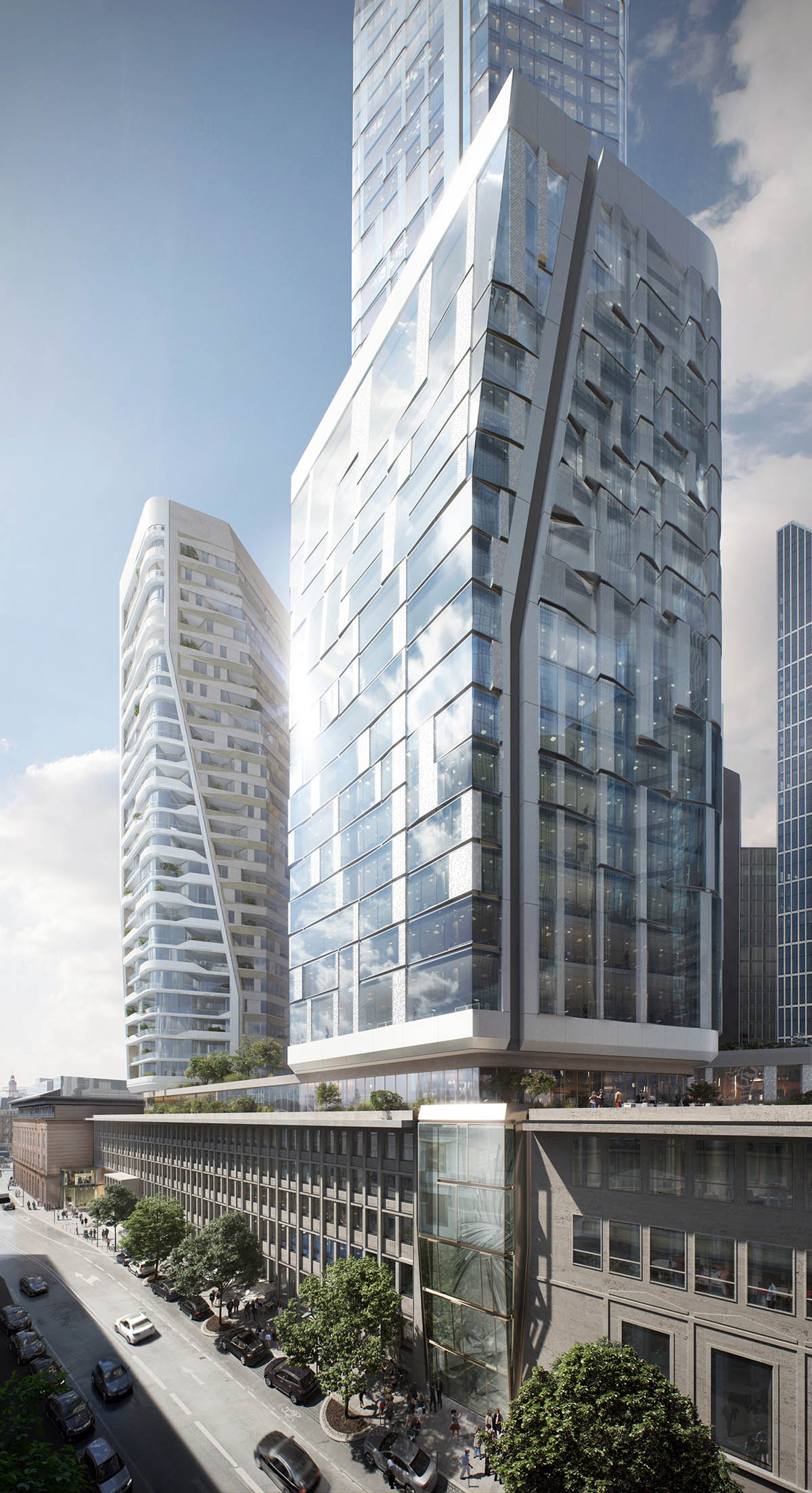 "UNStudio and HPP bring to the scheme many years of experience working on major projects, as well as a combined expertise in design, BIM-based planning processes and complex execution," said Werner Sübai, Responsible Partner at HPP.

The project will be eveloped by Groß & Partner, as real estate development company based in Frankfurt. FOUR Frankfurt is expected to be completed in 2023. 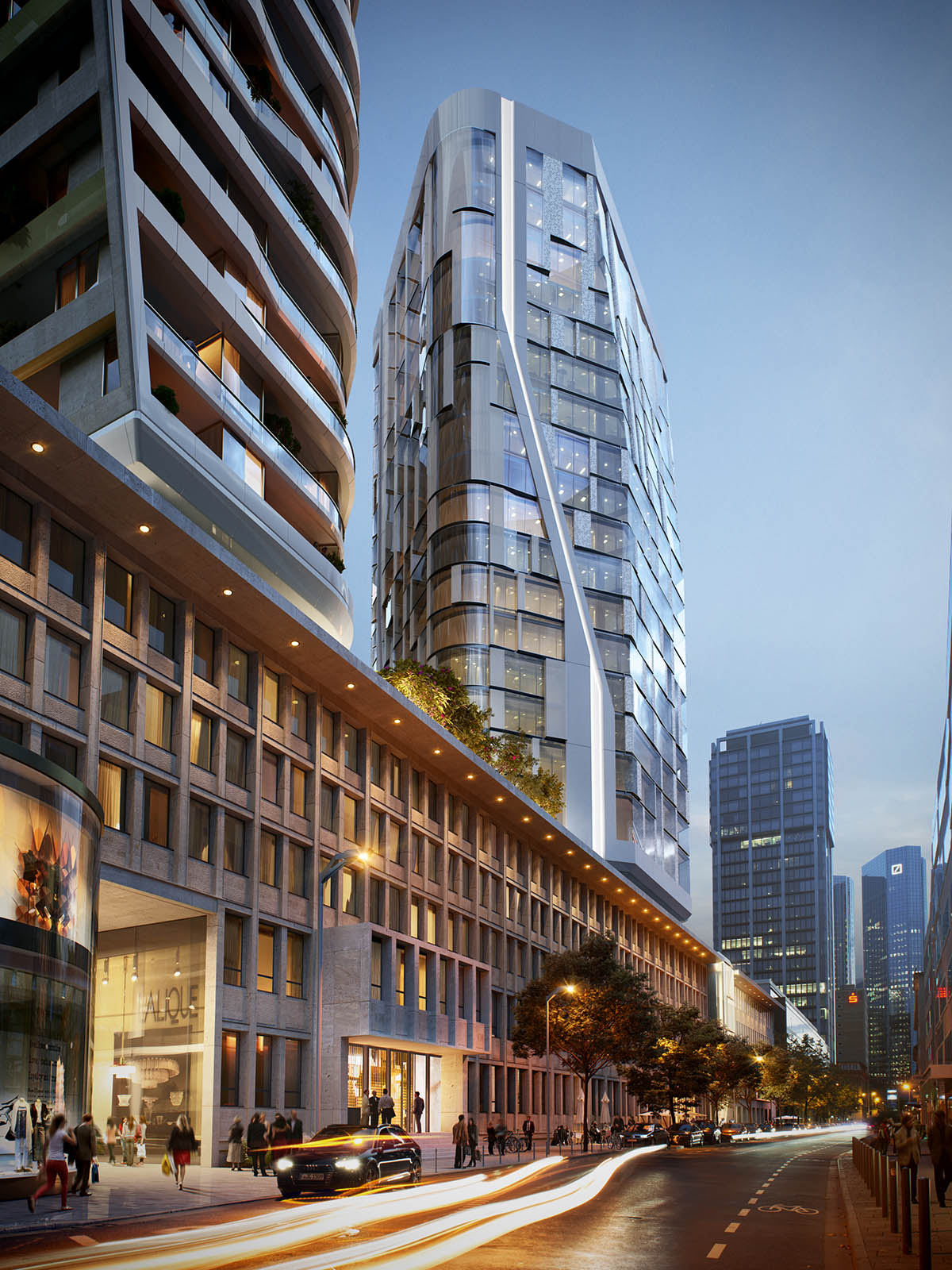