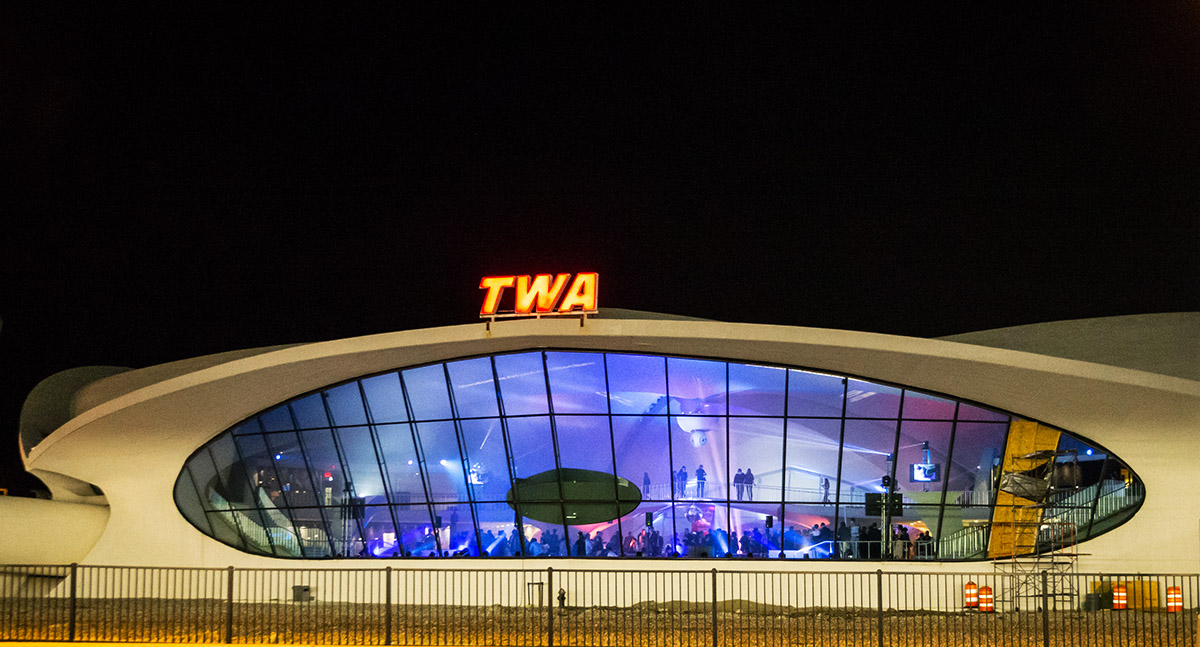 That is the moment Mr. Morse seeks to recapture in his plans to revive the building as the public entrance — with reception desk, restaurants, a nightclub, event space and a food court — leading to a new two-building, six-story, 505-room hotel in the crescent-shaped area between the Saarinen landmark and JetBlue’s Terminal 5.

He even plans to call his $265 million project the TWA Hotel.

The building, designed by Eero Saarinen, opened to the public in 1962, and has been out of use since 2001. In May, Storefront for Art and Architecture hosted its 2016 Spring Benefit, Beyond Borders, at TWA Flight Center at JFK Airport.