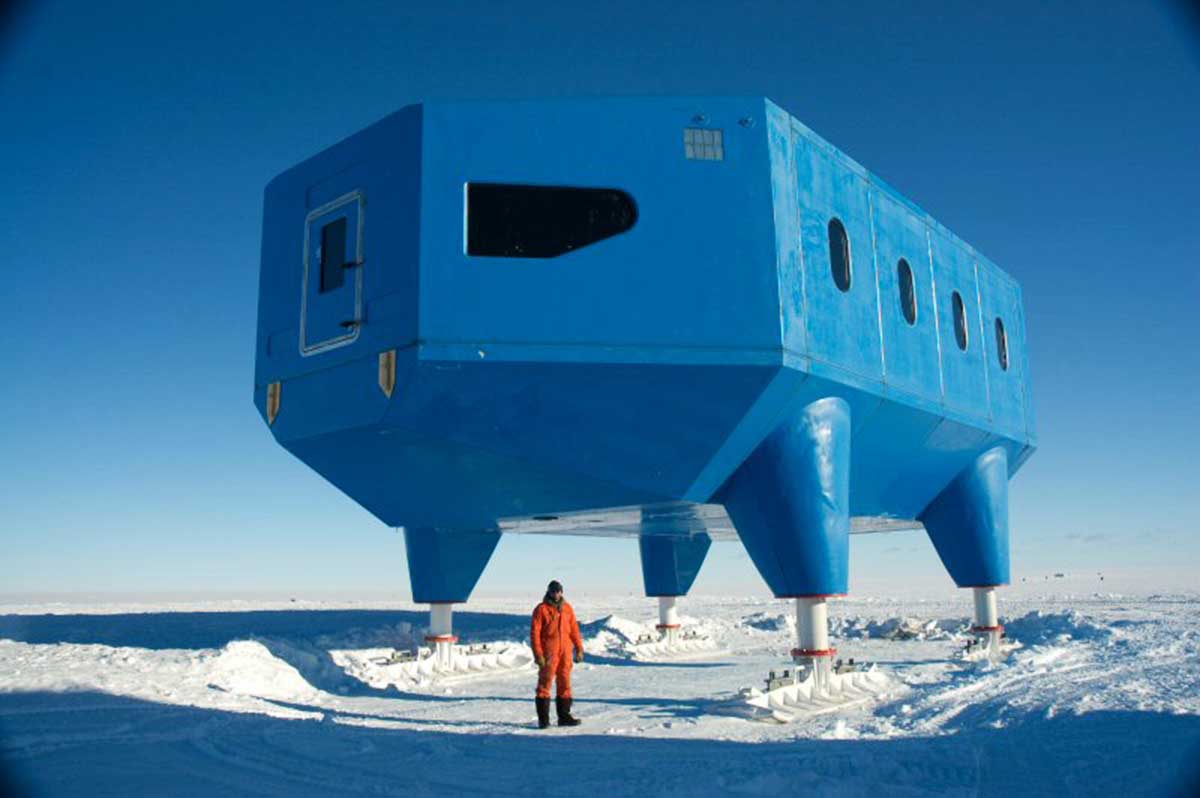 British Antarctic Survey has announced that British Antarctic Halley Research Station moves to its new location, just 23 km further across the ice due to deep cracks in the ice. This is the first time that the station, which has a re-locatable design to cope with life on a floating ice shelf, has been moved since it was towed from its construction site to its present location in 2012.

The station sits on Antarctica’s 150 m thick Brunt Ice Shelf. This floating ice shelf flows at a rate of 0.4 km per year west towards the sea where, at irregular intervals, it calves off as icebergs. Halley is crucial to studies into globally important issues such as the impact of an extreme space weather event (which could cause an economic loss of $6 – 42 billion a day), climate change, and atmospheric phenomena. It was scientific investigations from this location that led to the discovery of the Antarctic Ozone Hole in 1985. 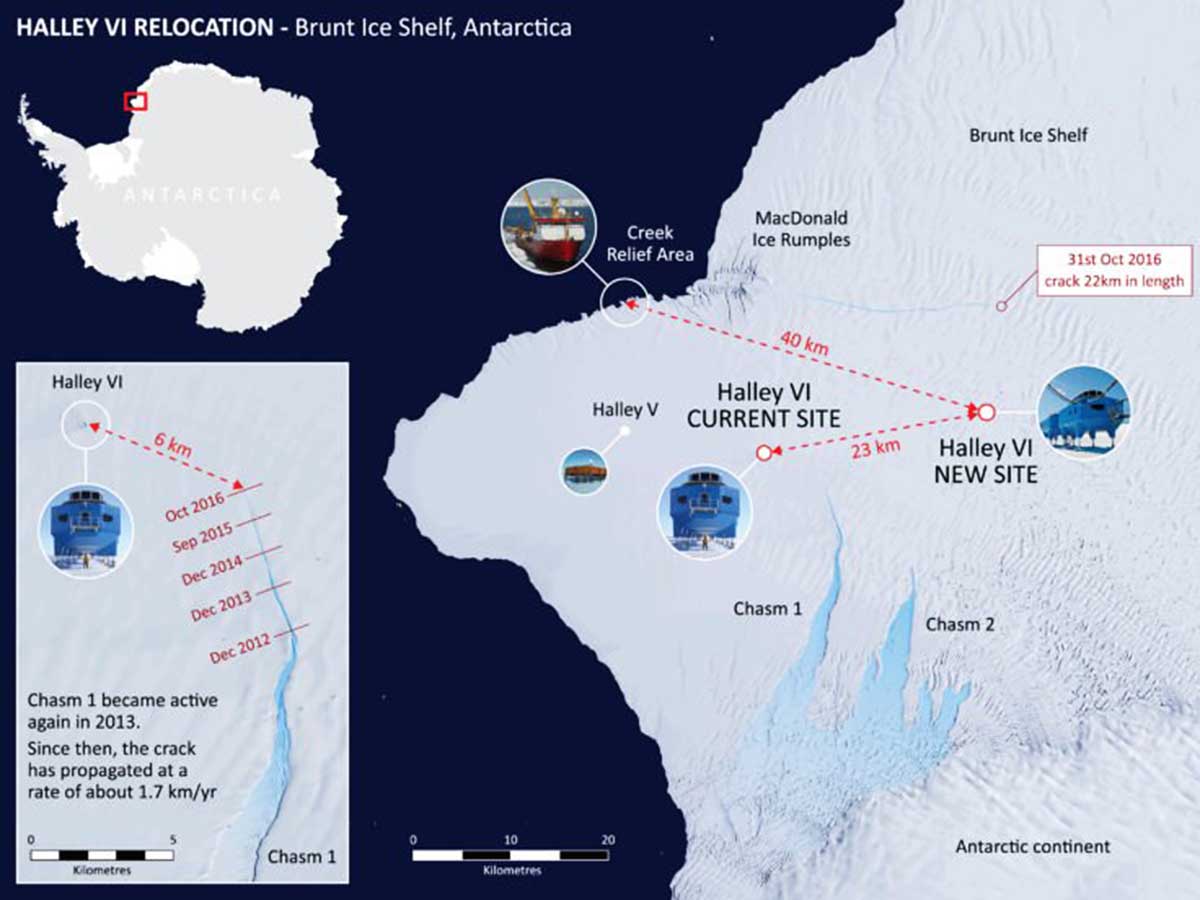 Long-term monitoring of the natural changes that occur in the ice shelf has revealed glaciological changes, including new growth of a chasm that has been dormant for around 35 years.  Preparatory work for the re-location was carried out during the 2015-16 Antarctic Summer season (Nov-March).

Now that the station has emerged from months of winter darkness, operational teams are ready to tow the station to its new home. 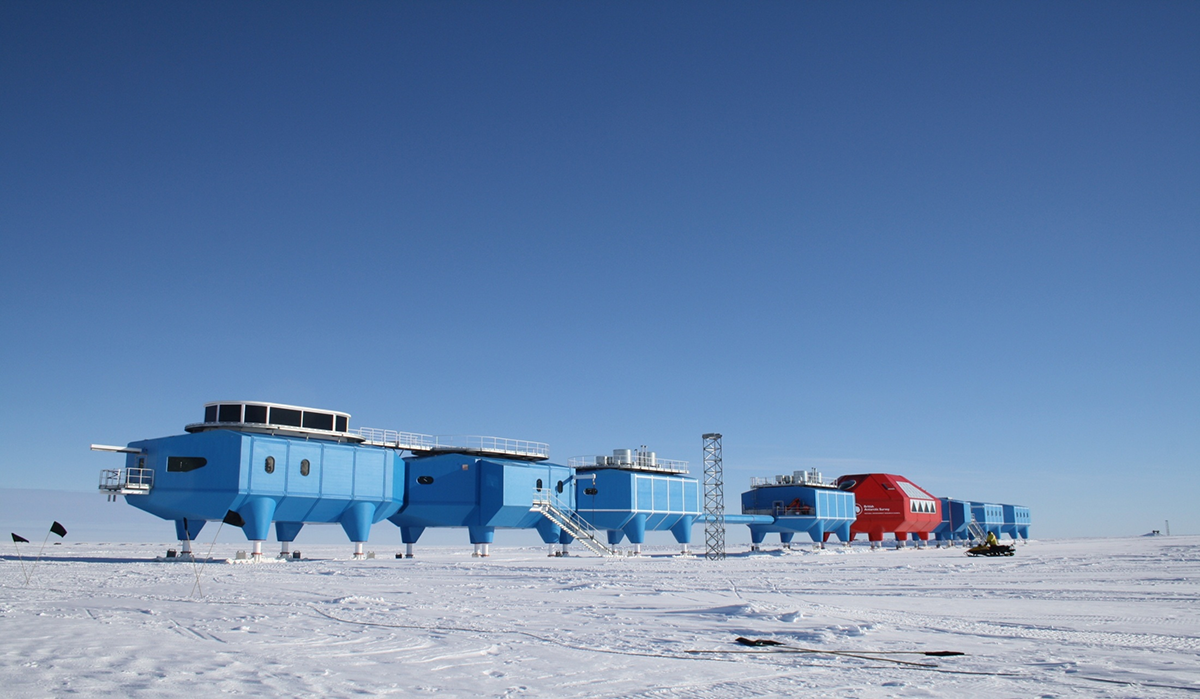 This involves uncoupling the 8 station modules and using large tractors to transport each module further inland. Scientific research at Halley will continue in temporary facilities at the existing site and move to the new location next season.