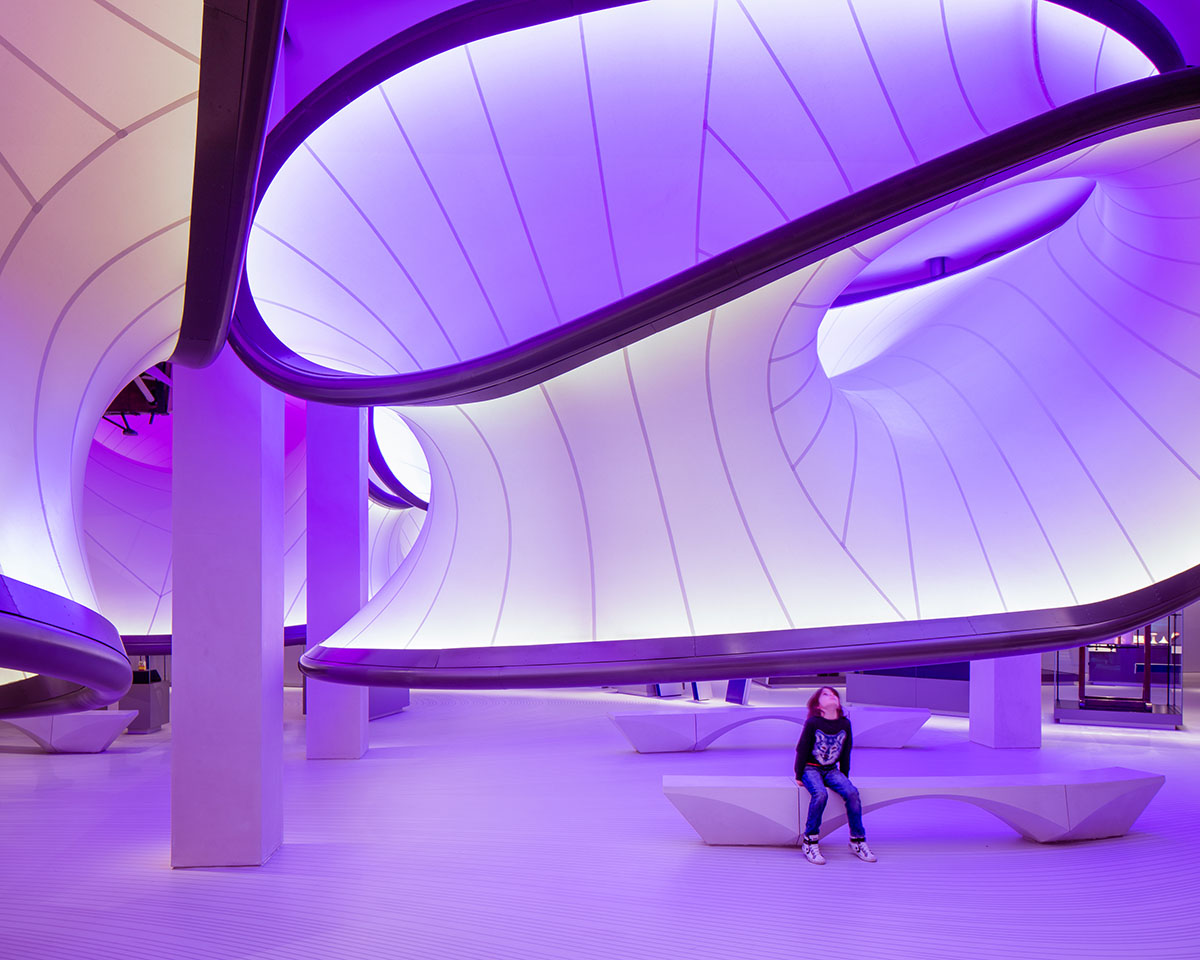 Curvaceous floating air bubbles emphasized with purple light, purple-coloured futuristic furnitures, curved lines on the floor and suspended historic aircrafts from the ceiling are all presented and part of the new Mathematics Gallery designed by Zaha Hadid Architects.

Mathematics: The Winton Gallery opens to the public at the Science Museum of London tomorrow and the gallery brings together remarkable stories, historical artefacts and design to highlight the central role of mathematical practice in all our lives, and explores how mathematicians, their tools and ideas have helped build the modern world over the past four centuries. 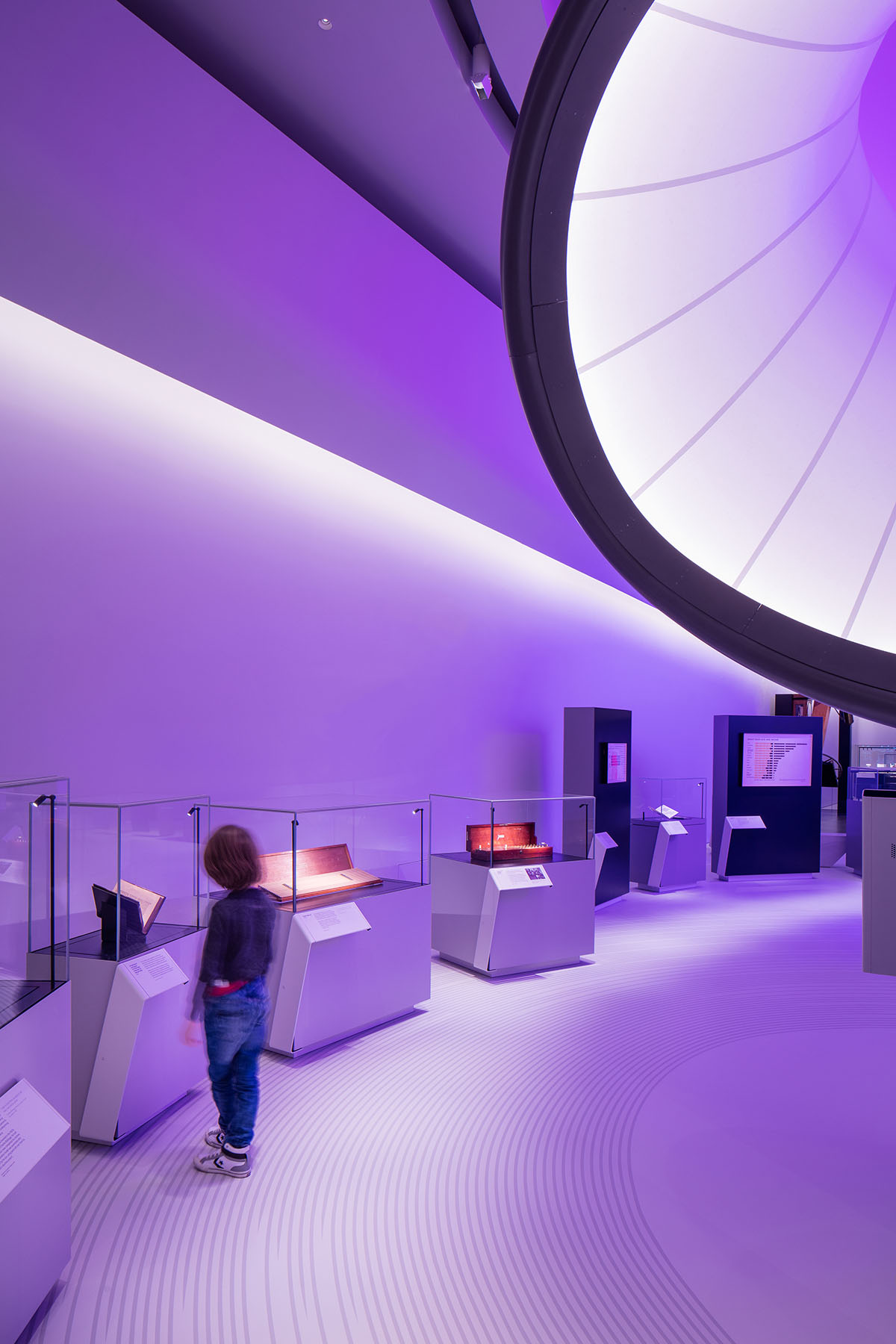 More than 100 treasures from the Science Museum’s world-class science, technology, engineering and mathematics collections have been selected to tell powerful stories about how mathematics has shaped, and been shaped by, some of our most fundamental human concerns – from trade and travel to war, peace, life, death, form and beauty.

''At its heart this gallery reveals a rich cultural story of human endeavour that has helped transform the world over the last four hundred years.  Mathematical practice underpins so many aspects of our lives and work, and we hope that bringing together these remarkable stories, people and exhibits will inspire visitors to think about the role of mathematics in a new light,'' said Curator Dr David Rooney. 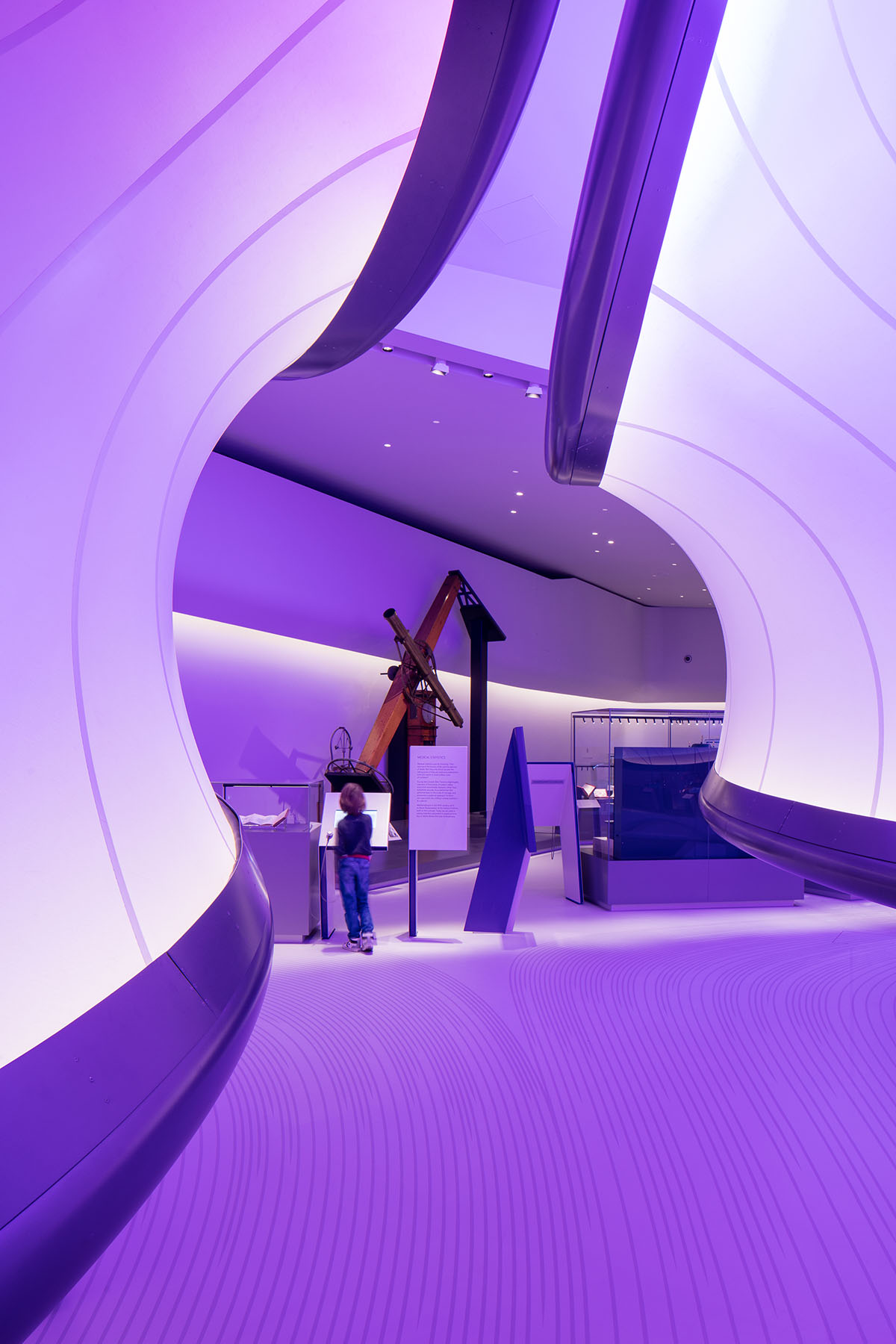 Positioned at the centre of the gallery is the Handley Page ‘Gugnunc’ aeroplane, built in 1929 for a competition to construct safe aircraft. Ground-breaking aerodynamic research influenced the wing design of this experimental aeroplane, helping to shift public opinion about the safety of flying and to secure the future of the aviation industry.

This aeroplane encapsulates the gallery’s overarching theme, illustrating how mathematical practice has helped solve real-world problems and in this instance paved the way for the safe passenger flights that we rely on today. 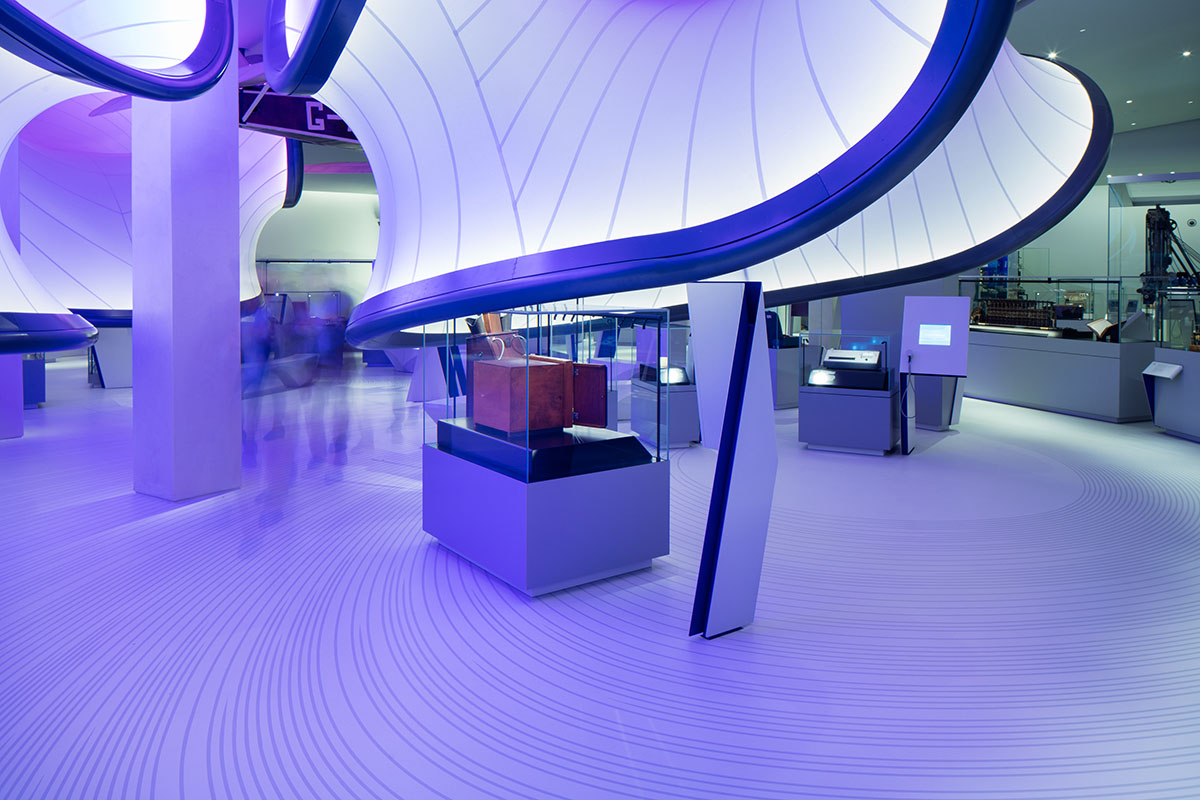 Mathematics also defines Zaha Hadid Architects’ enlightening design for the gallery. Inspired by the Handley Page aircraft, the design is driven by equations of airflow used in the aviation industry. The layout and lines of the gallery represent the air that would have flowed around this historic aircraft in flight, from the positioning of the showcases and benches to the three-dimensional curved surfaces of the central pod structure. 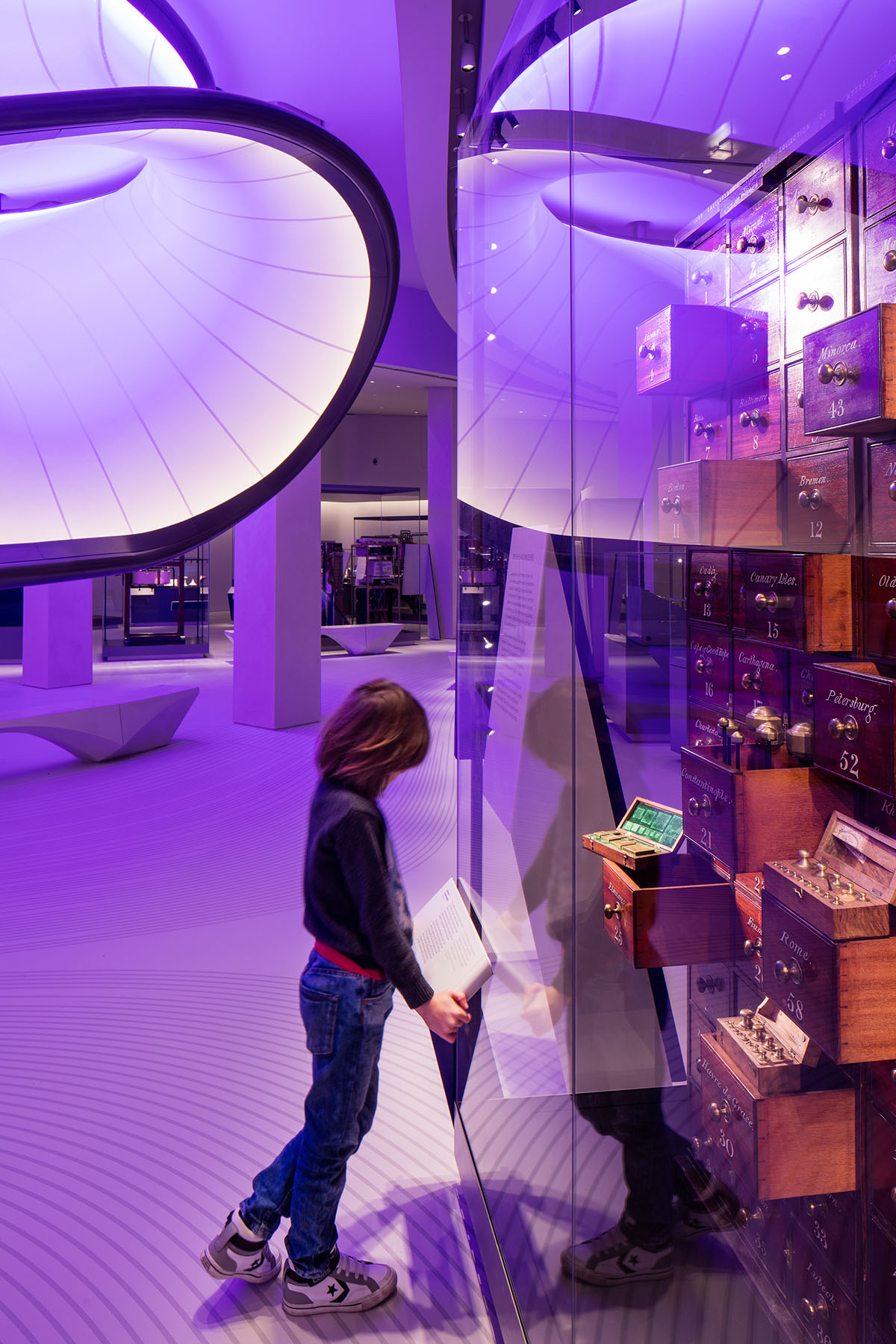 Mathematics and geometry have a strong connection with architecture and she continued to examine these relationships throughout each of her projects; with mathematics always central to her work. As Dame Zaha said, ''When I was growing up in Iraq, math was an everyday part of life. We would play with math problems just as we would play with pens and paper to draw – math was like sketching.'' 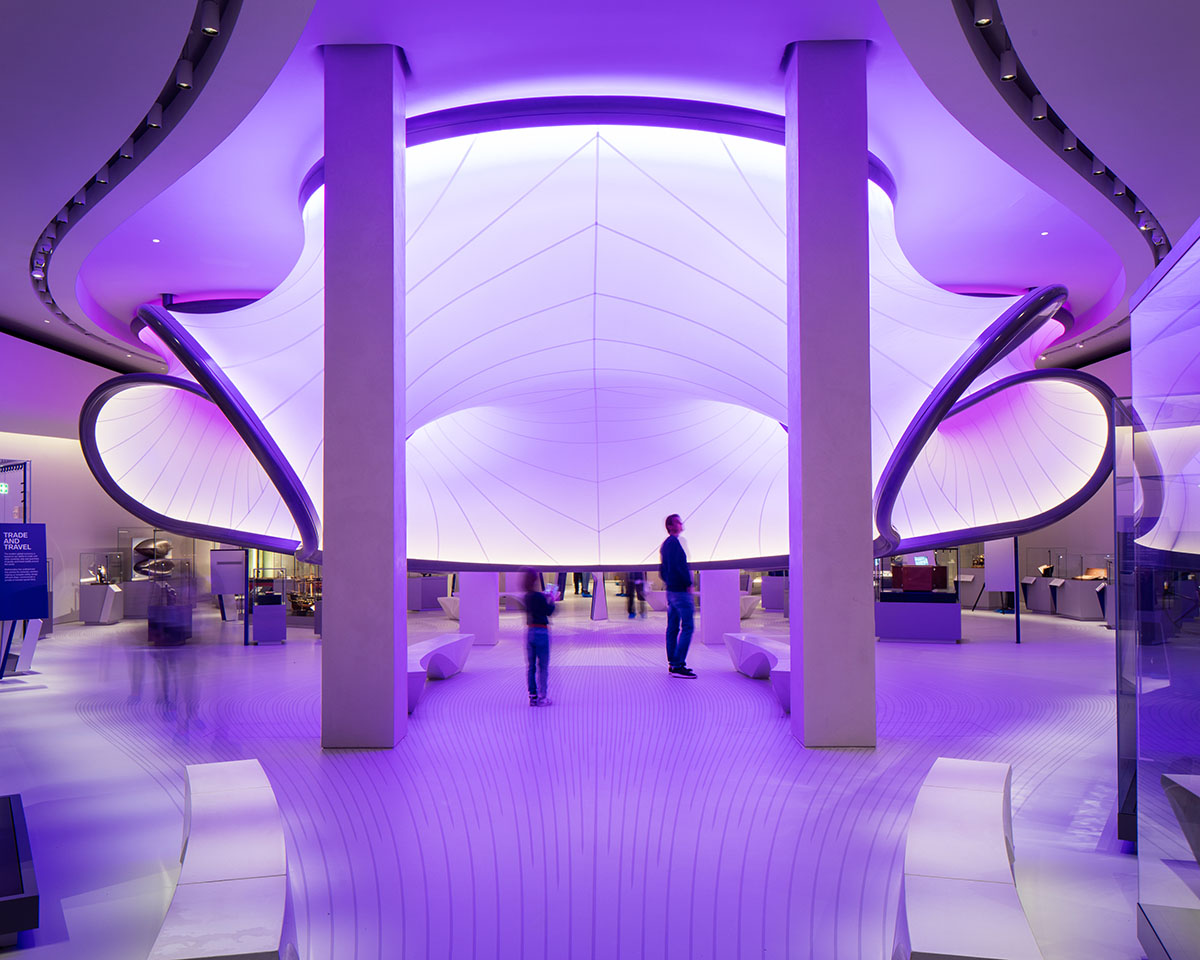 ''We were hugely impressed by the ideas and vision of the late Dame Zaha Hadid and Patrik Schumacher when they first presented their design for the new mathematics gallery over two years ago. It was a terrible shock for us all when Dame Zaha died suddenly in March this year, but I am sure that this gallery will be a lasting tribute to this world-changing architect and provide inspiration for our millions of visitors for many years to come,'' said Ian Blatchford, Director of the Science Museum Group. From a beautiful 17th century Islamic astrolabe that uses ancient mathematical techniques to map the night sky, to an early example of the famous Enigma machine, designed to resist even the most advanced mathematical techniques for code breaking during the Second World War, each historic object within the gallery has an important story to tell.

Archive photography and film helps to capture these stories, and introduces the wide range of people who made, used or were impacted by each mathematical device or idea. Some instruments and objects within the gallery clearly reference their mathematical origin. Others may surprise visitors and appear rooted in other disciplines, from classical architecture to furniture design. Visitors will see a box of glass eyes used by Francis Galton in his 1884 Anthropometric Laboratory to help measure the physical characteristics of the British public and develop statistics to support a wider social and political movement he termed ‘eugenics’. 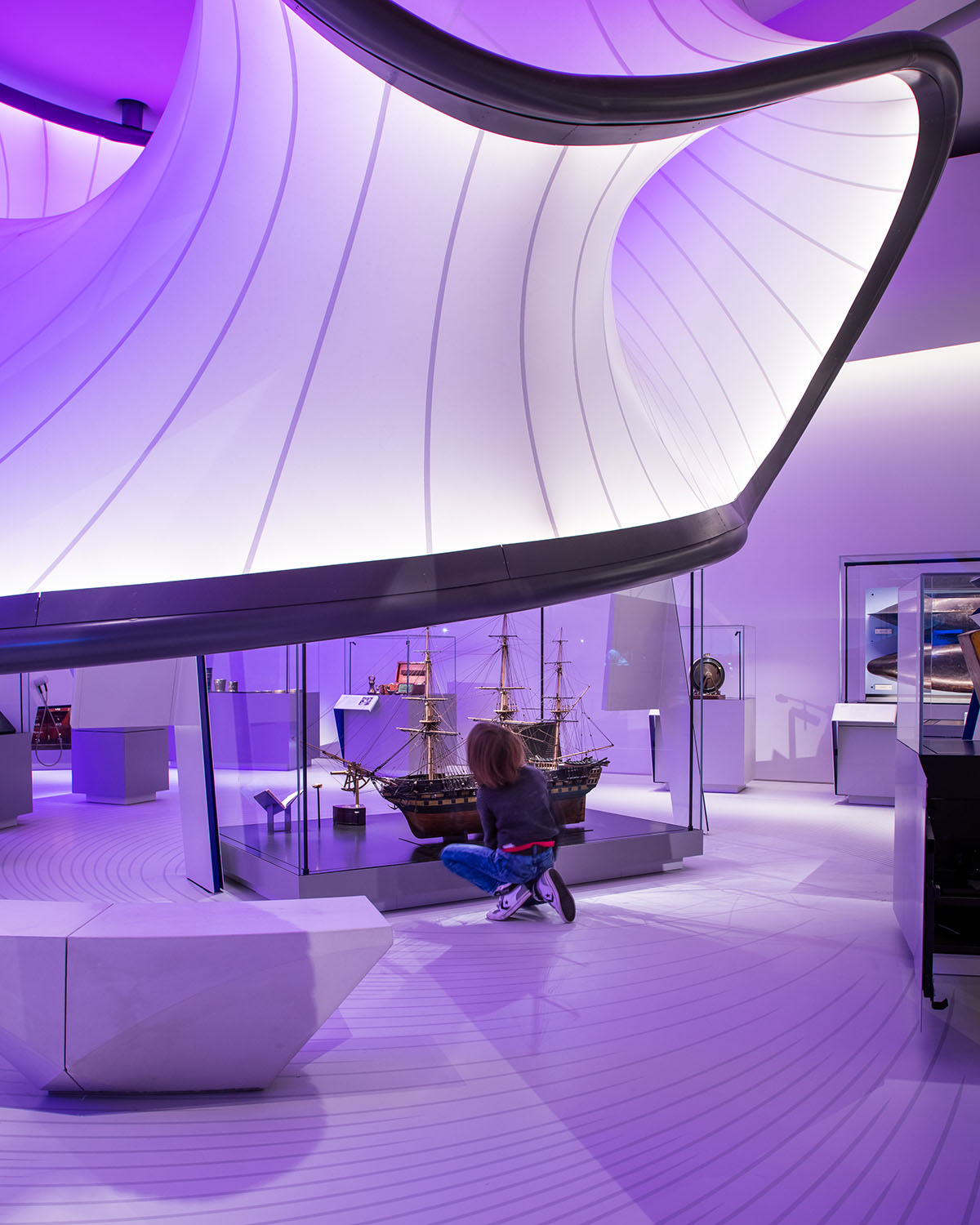 On the other side of the gallery is the pioneering Wisard pattern-recognition machine built in 1981 to attempt to re-create the ‘neural networks’ of the brain.  This early Artificial Intelligence machine worked, until 1995, on a variety of projects, from banknote recognition to voice analysis, and from foetal growth monitoring in hospitals to covert surveillance for the Home Office.

A richly illustrated book has been published by Scala to accompany the new gallery. Mathematics: How it Shaped Our World, written by David Rooney, expands on the themes and stories that are celebrated in the gallery itself and includes a series of newly commissioned essays written by world-leading experts in the history and modern practice of mathematics. 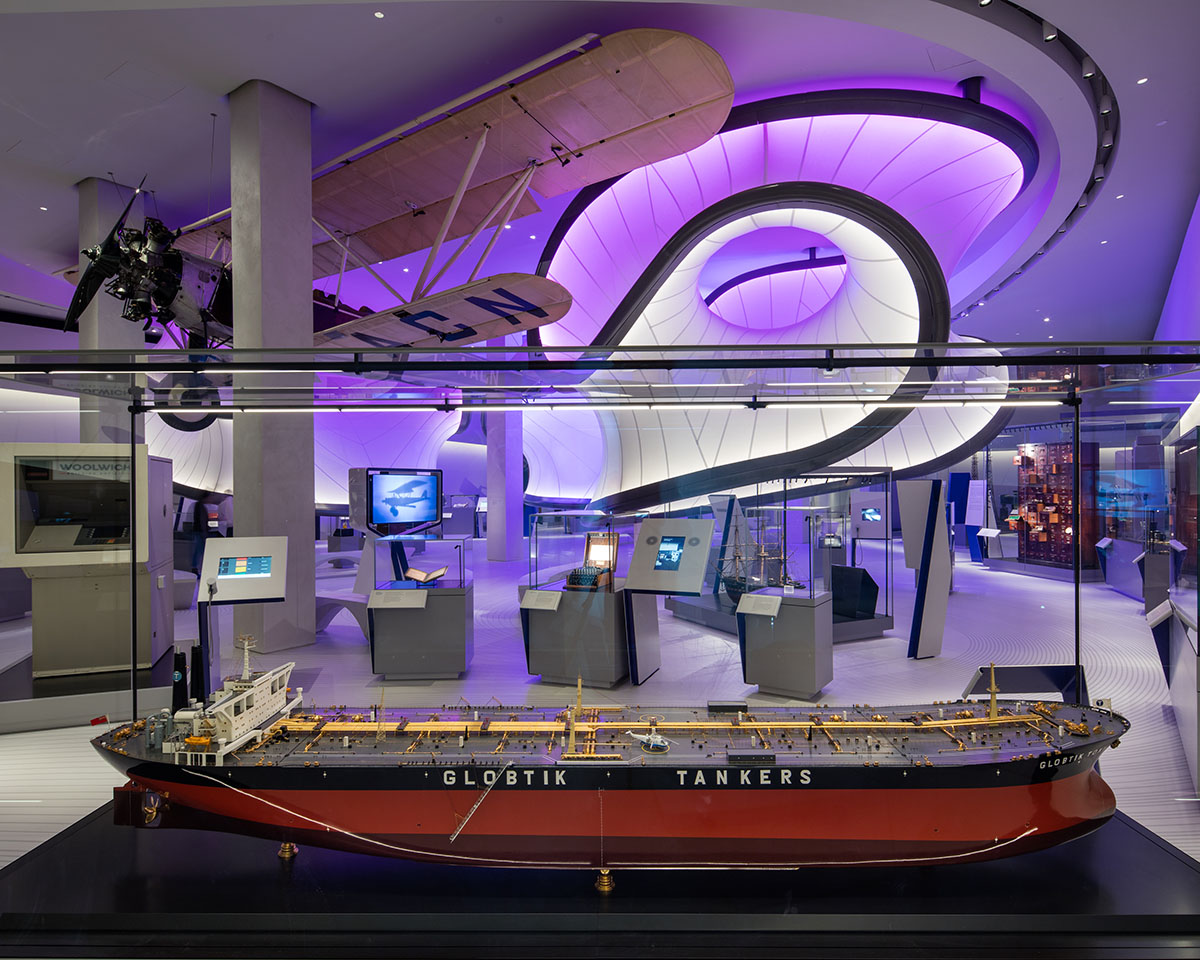 David Harding, Principal Funder of the gallery and Founder and CEO of Winton said, ''Mathematics, whilst difficult for many, is incredibly useful. To those with an aptitude for it, it is also beautiful. I’m delighted that this gallery will be both useful and beautiful.''

Mathematics: The Winton Gallery is free to visit and open daily from 8 December 2016. The gallery has been made possible through an unprecedented donation from long-standing supporters of science, David and Claudia Harding. 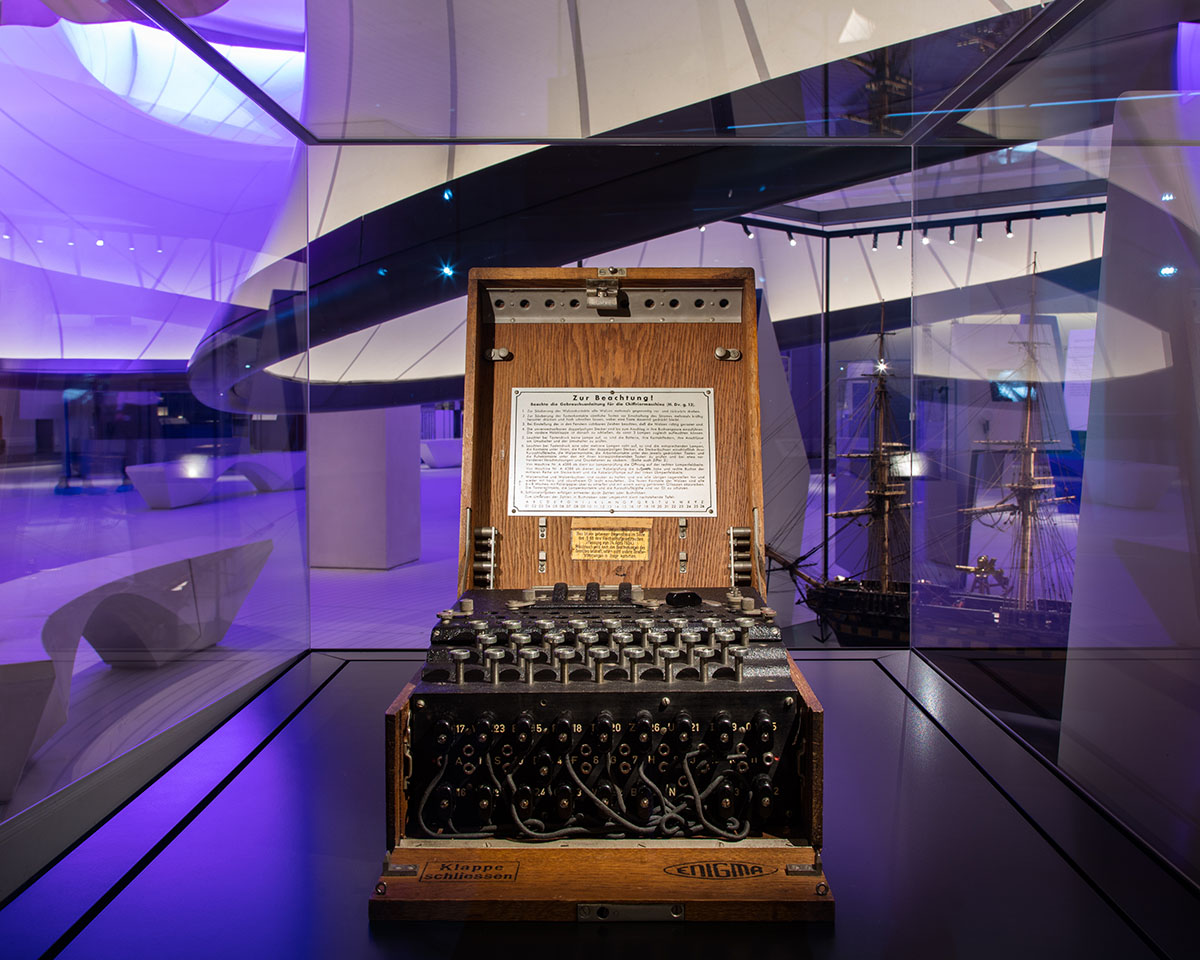 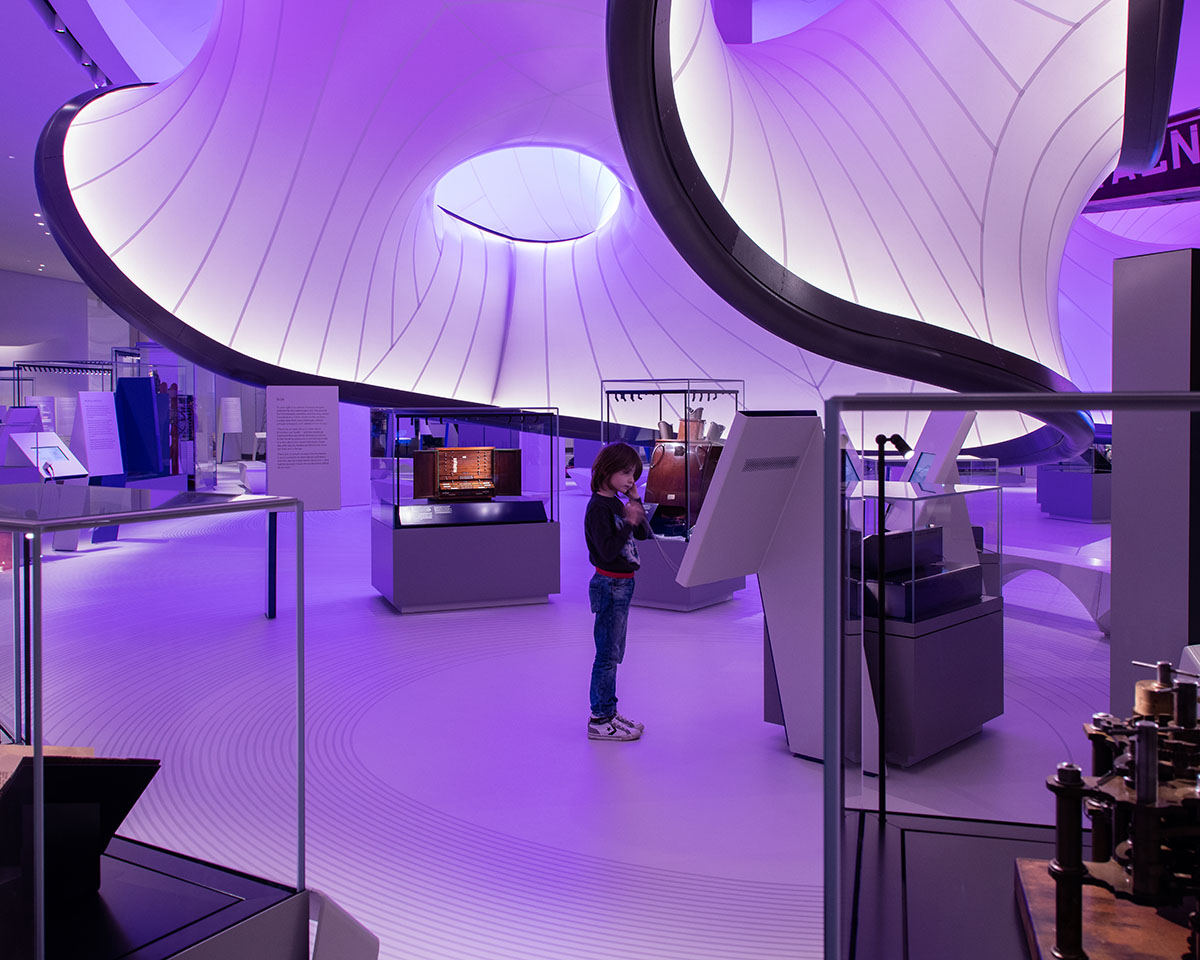 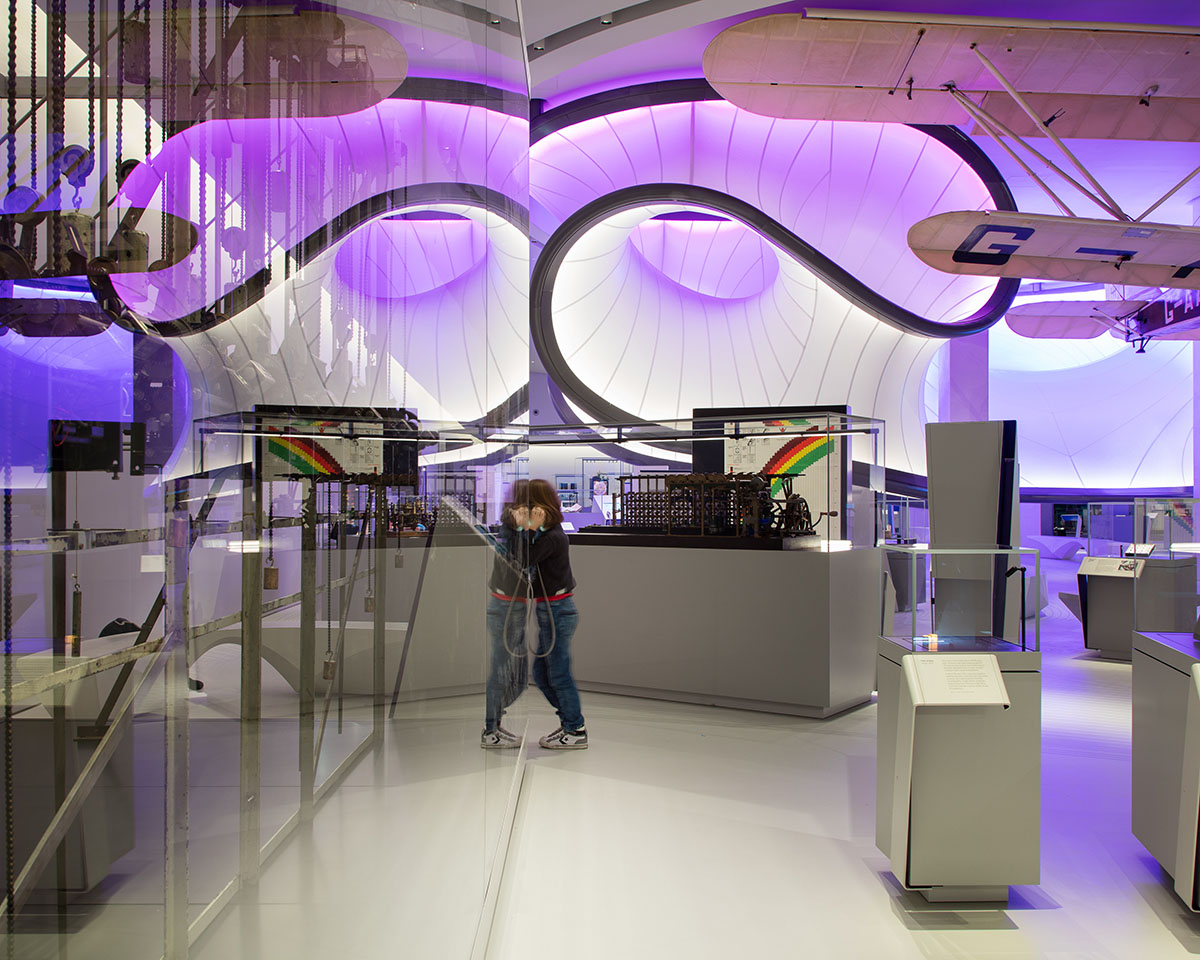 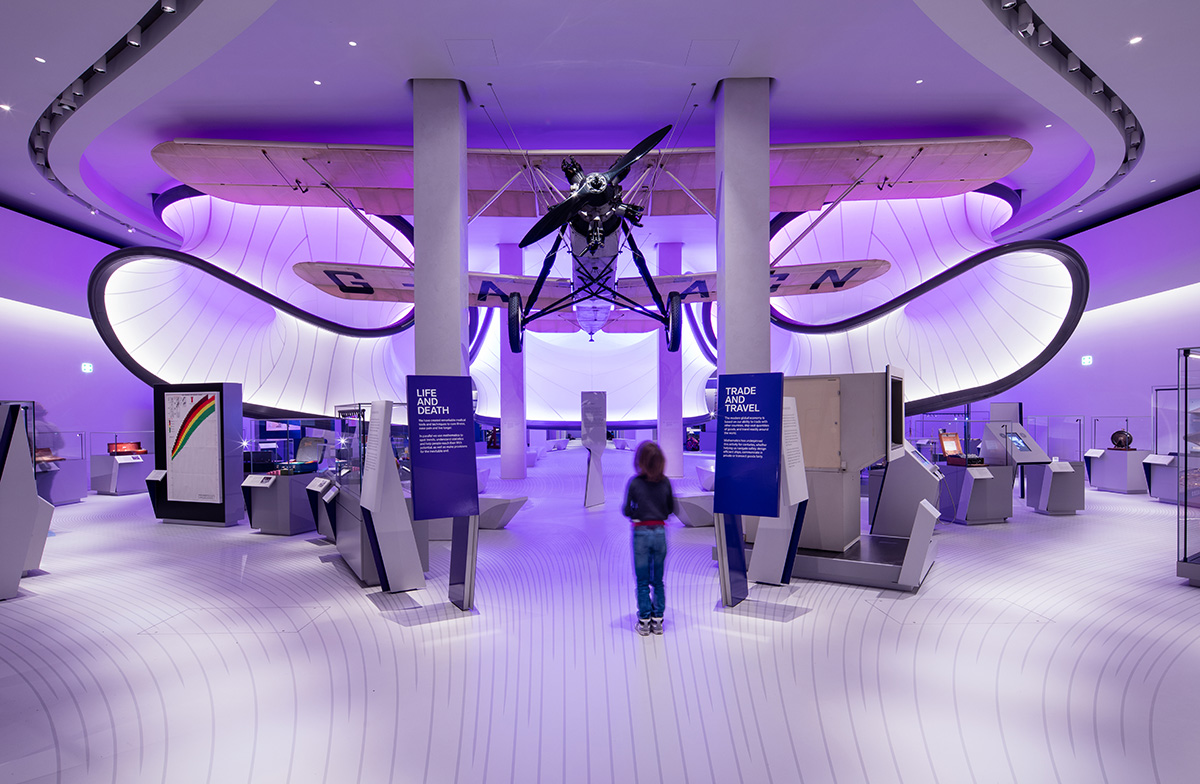 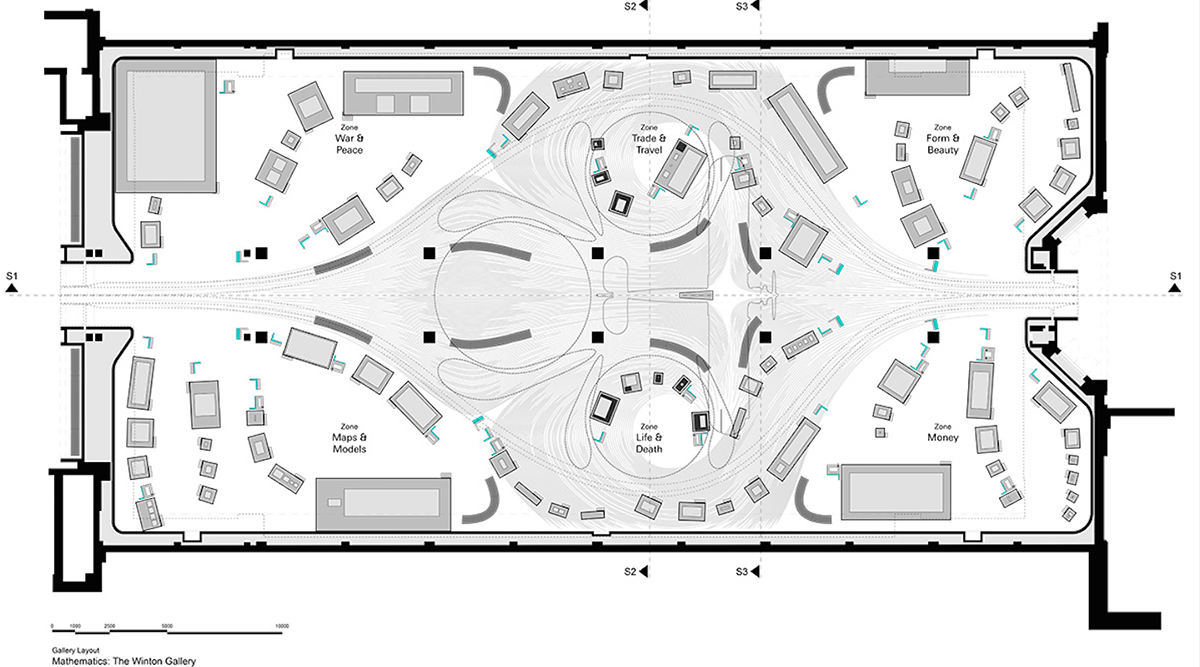 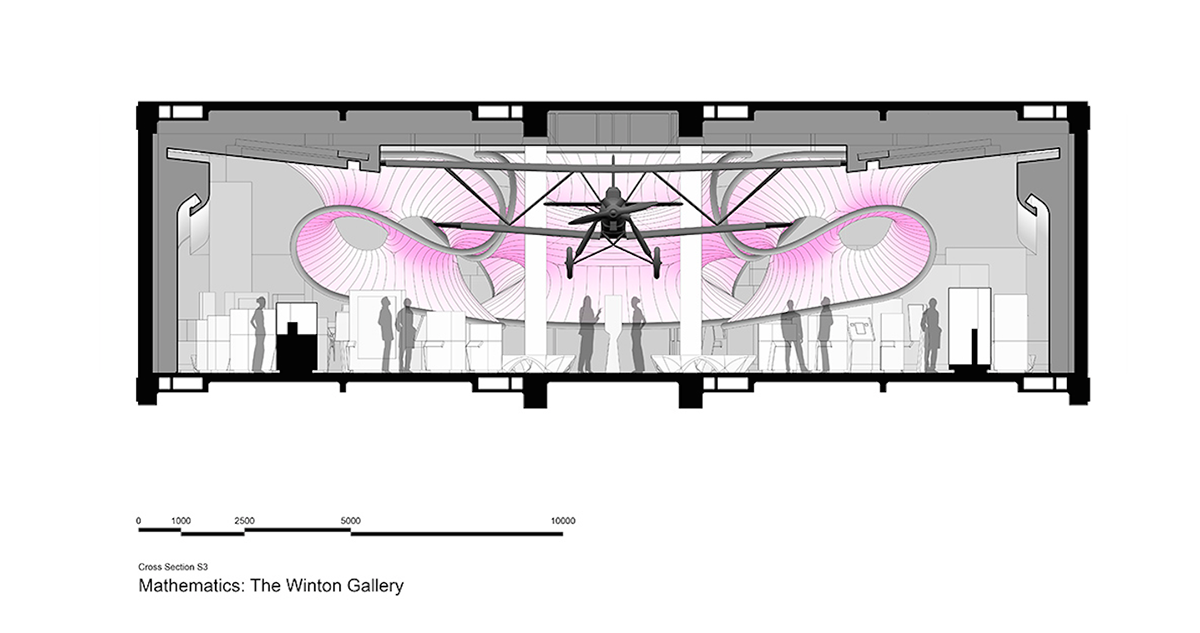 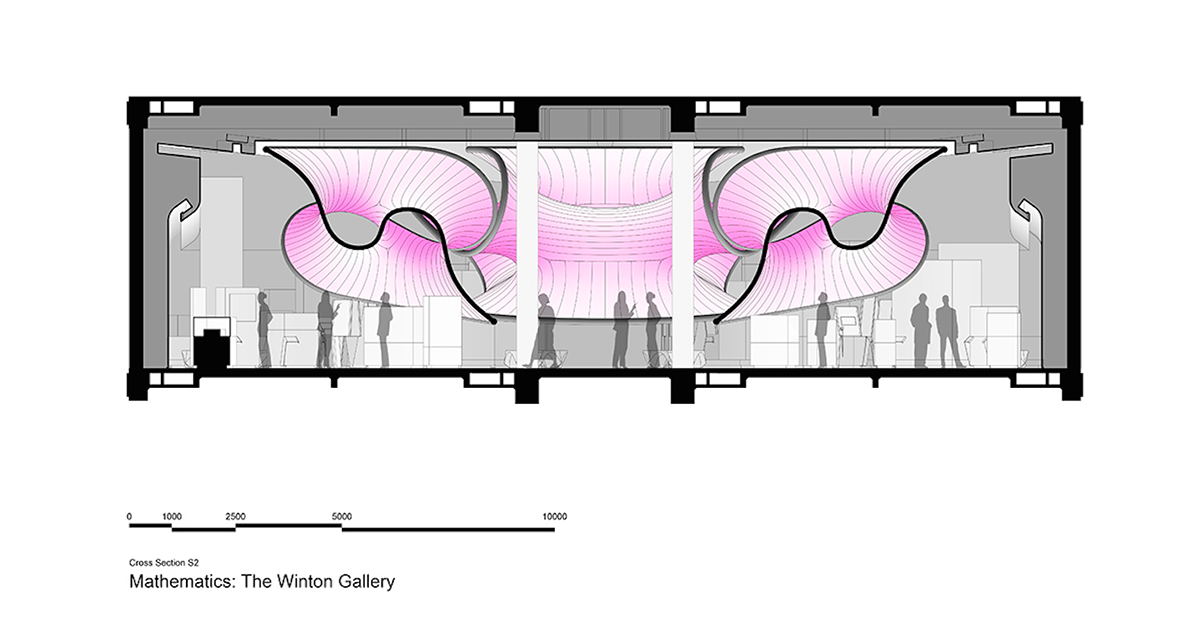 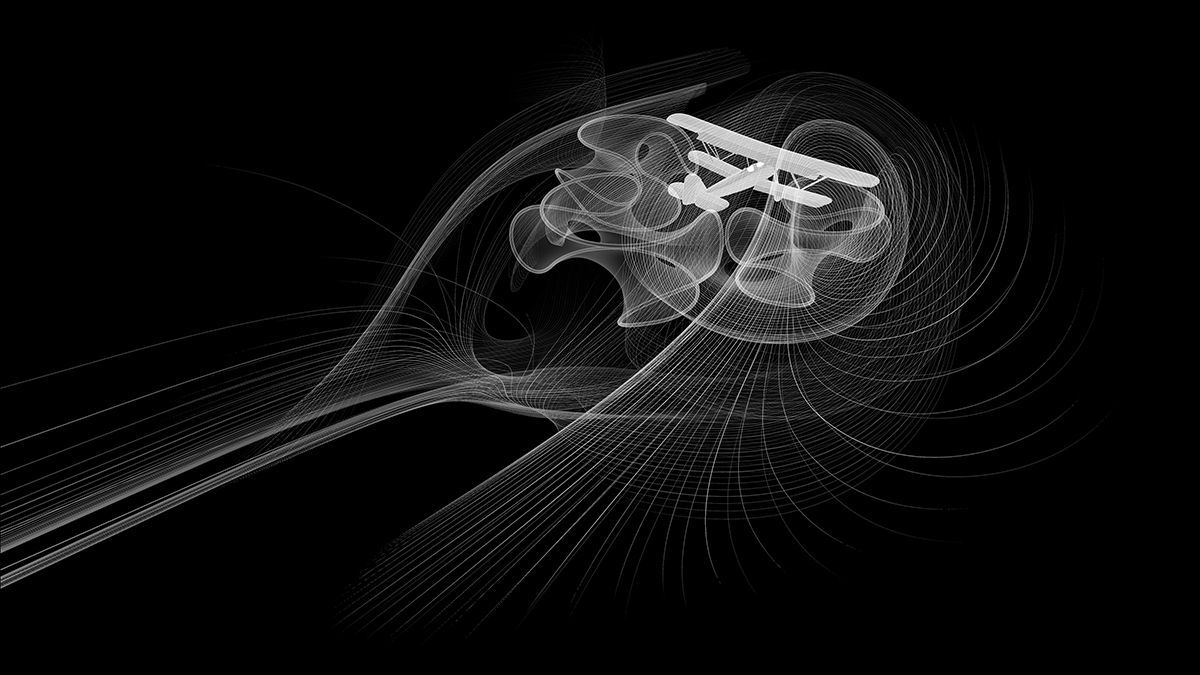 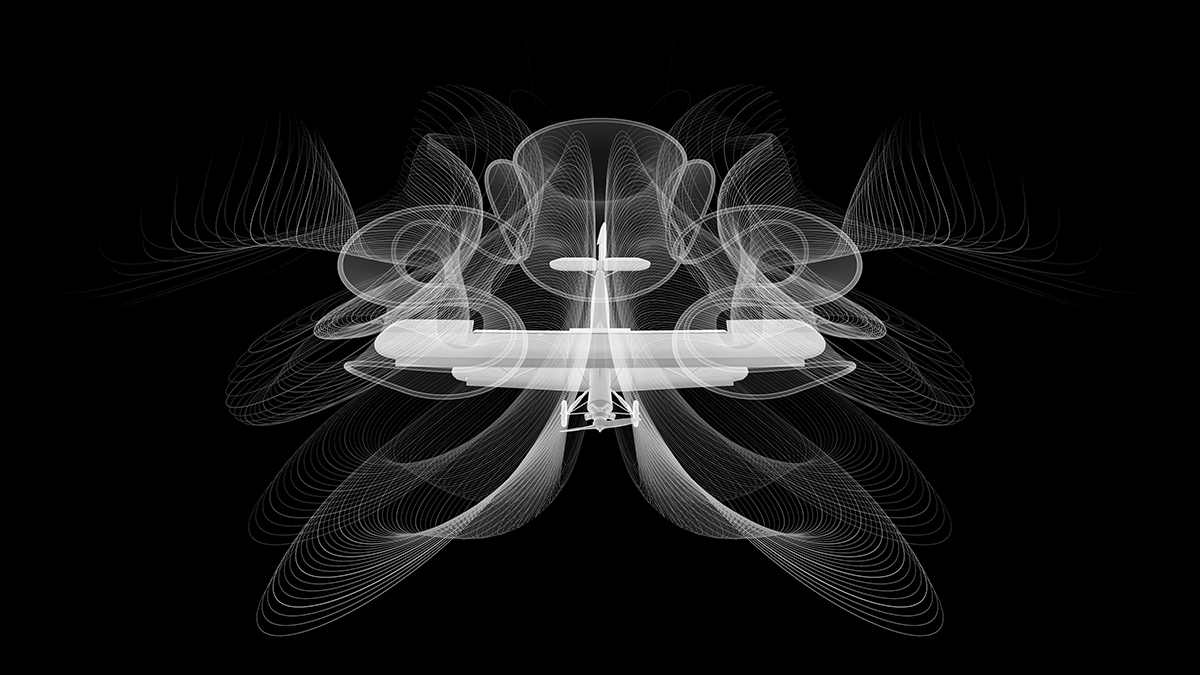 Gallery opens to the public: 8 December 2016