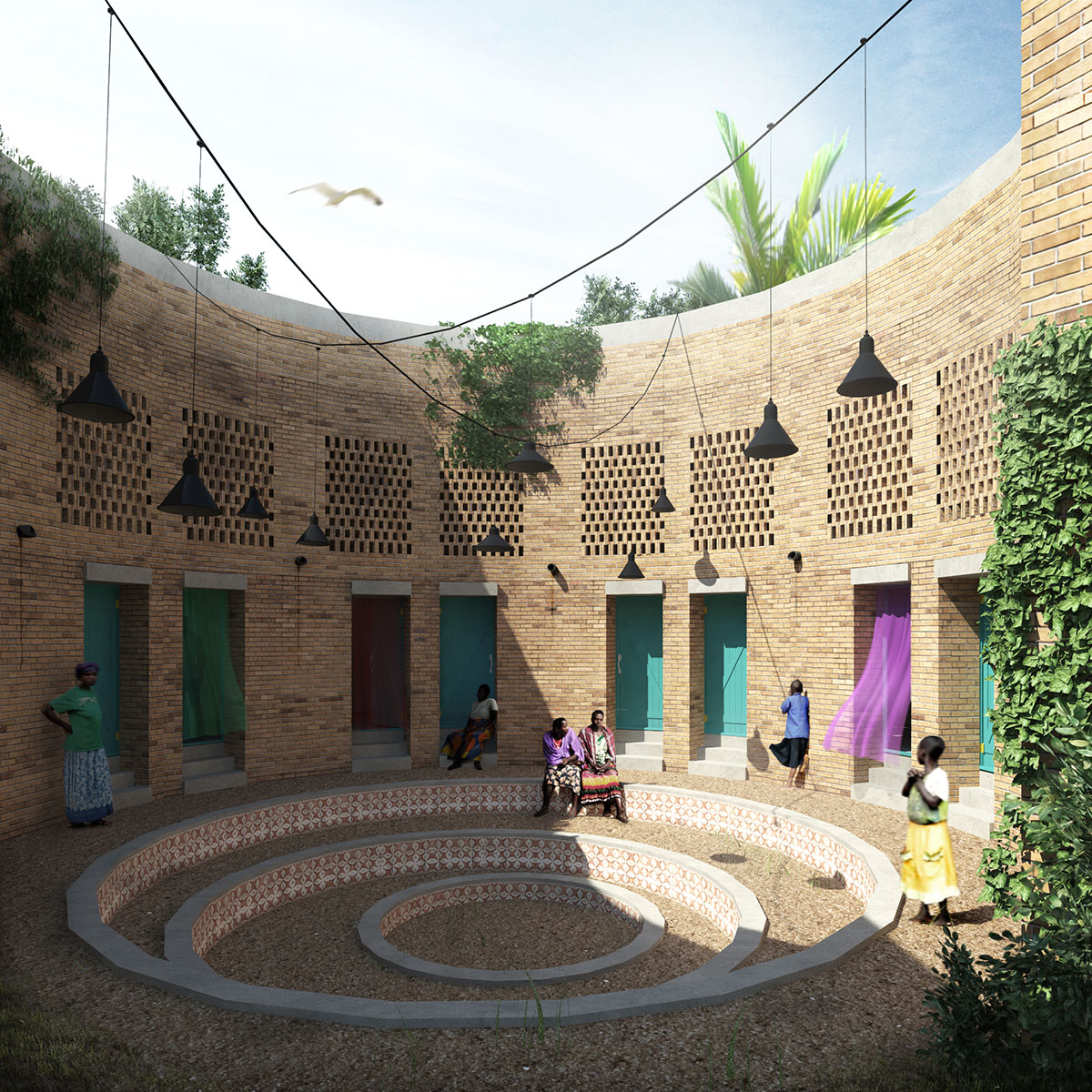 Bee Breeders Architecture Competitions announced the winners of Ugandan LGBT Youth Asylum competition. The purpose of the Ugandan LGBT Youth Asylum architecture competition was to create a support centre that helped to integrate LGBT individuals into the wider community, while at the same time protecting them against homophobic acts. The jury prefered submissions that do not imply to isolate or imprison.

The winning team from Italy created an innovative design for a youth centre that incorporated a spiral theme, creating a coherent transition of spaces. The spiral layout makes the youth centre relatively open to the public, while at the same time keeping the inner spaces private and protected. The organic shapes and its distinctive designs were some of the main reasons our jury panel chose it as the winner, as it has the ability to quickly become recognised as a symbol for tolerance and a safe haven for those in need.

The second and third place winners selected by our jury panel were chosen for their inventive and innovative use of materials, creating designs that were sustainable, low cost, and in keeping with the local surroundings. The second place winners from Brazil created a tensioned structure, which was both flexible and low cost to such a degree that it could be easily replicated at multiple locations.The third place winners from Cyprus placed a strong focus on using sustainable materials, featuring locally produced bricks as a primary construction material in order to support the wider community and further integrate the youth centre into society.

Jury Comments: The winners of the Ugandan LGBT Youth Asylum architecture competition implemented a spiral design for their youth centre. The coherent transition of the spaces was one of the key factors that our jury picked out. They selected it as the winning design as it offered a contradicting logic that suited the competition brief. The spiral layout makes the dwelling relatively open to the public, while at the same time keeping the inner spaces private and protected. Protecting the vulnerable nature of the residents was important aspect of this winning design, and the organic shape used in the building’s design allow it to blend in with the surrounding context, while still remaining unique and distinctive to such a degree that it could quickly become a symbol of a safe haven for those in need....Continue Reading 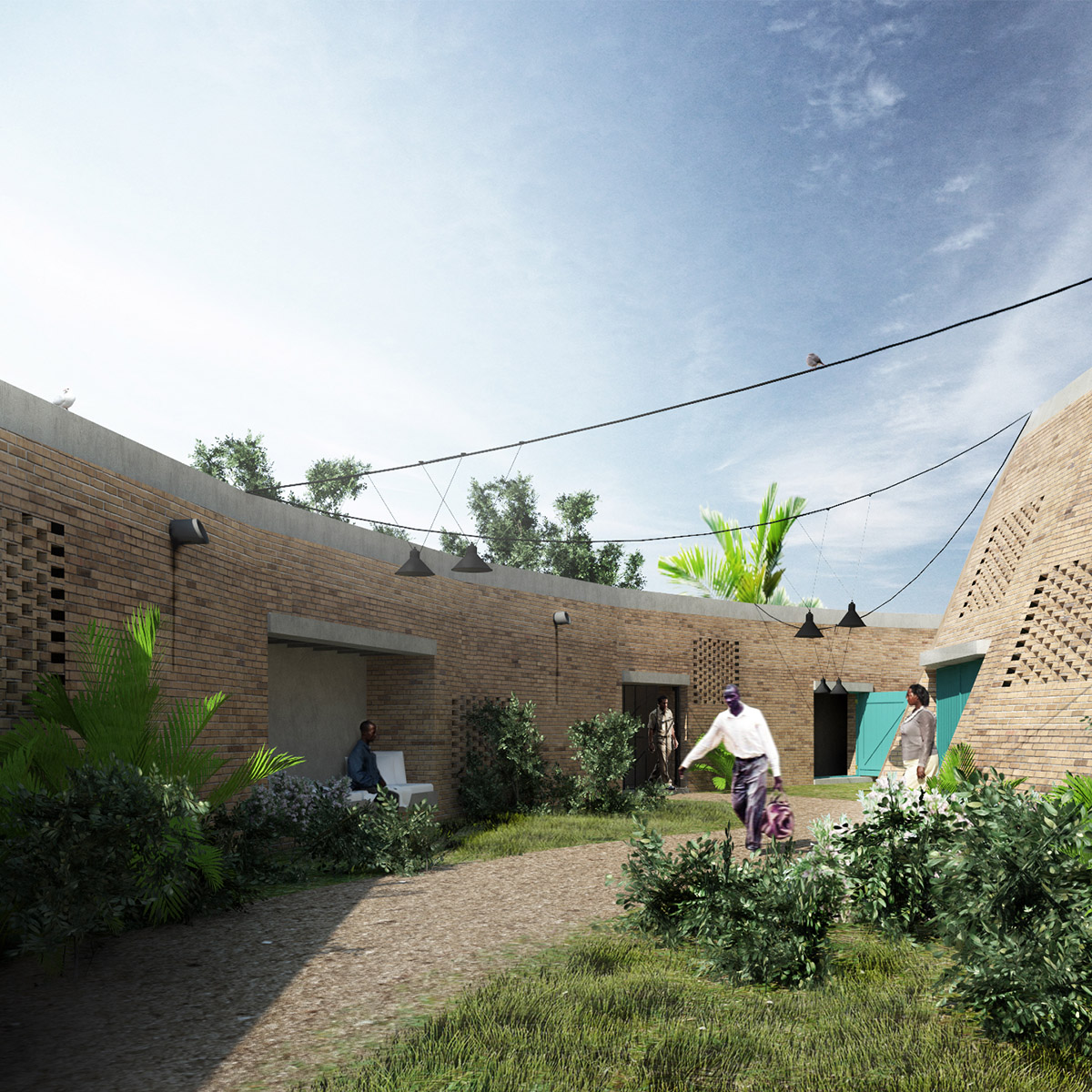 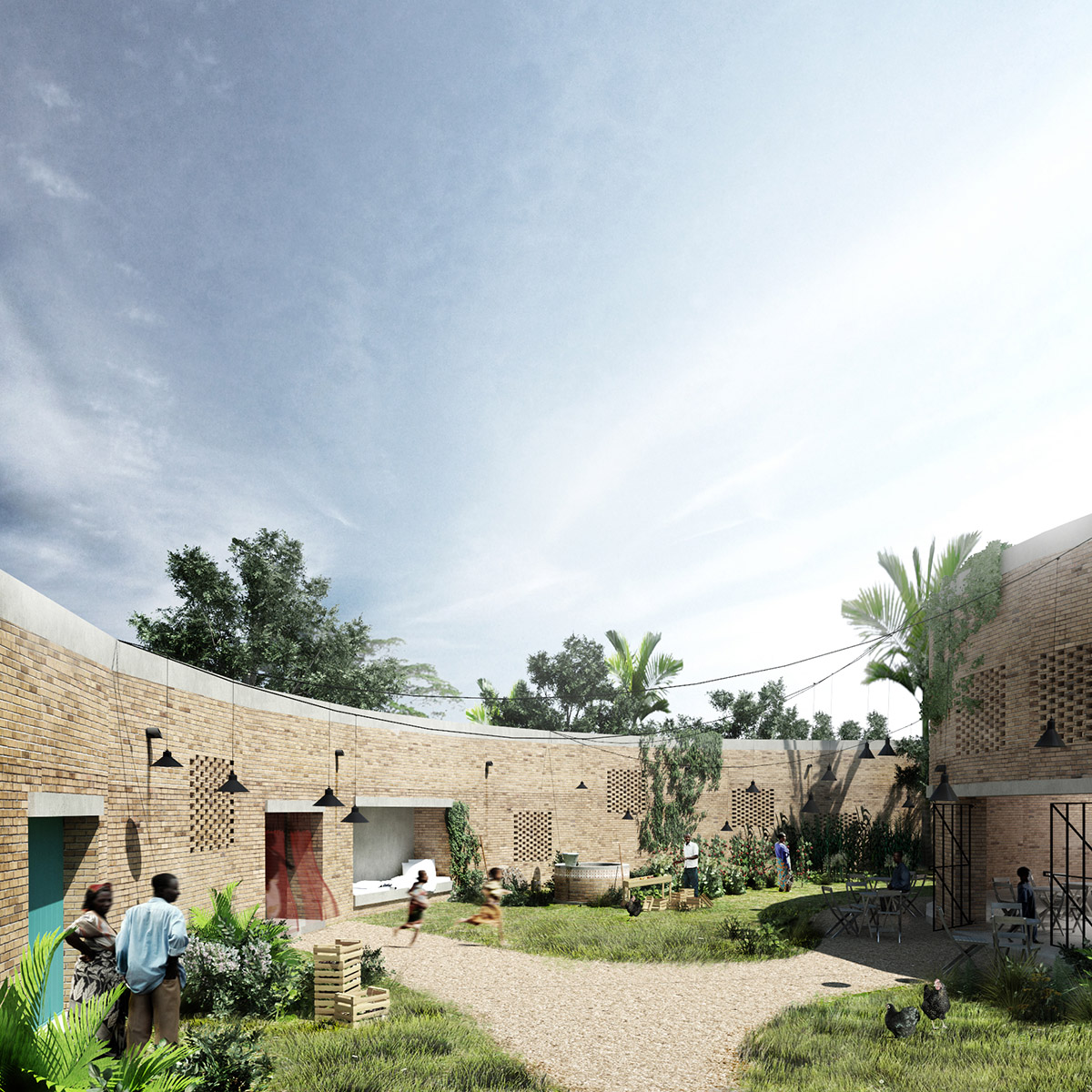 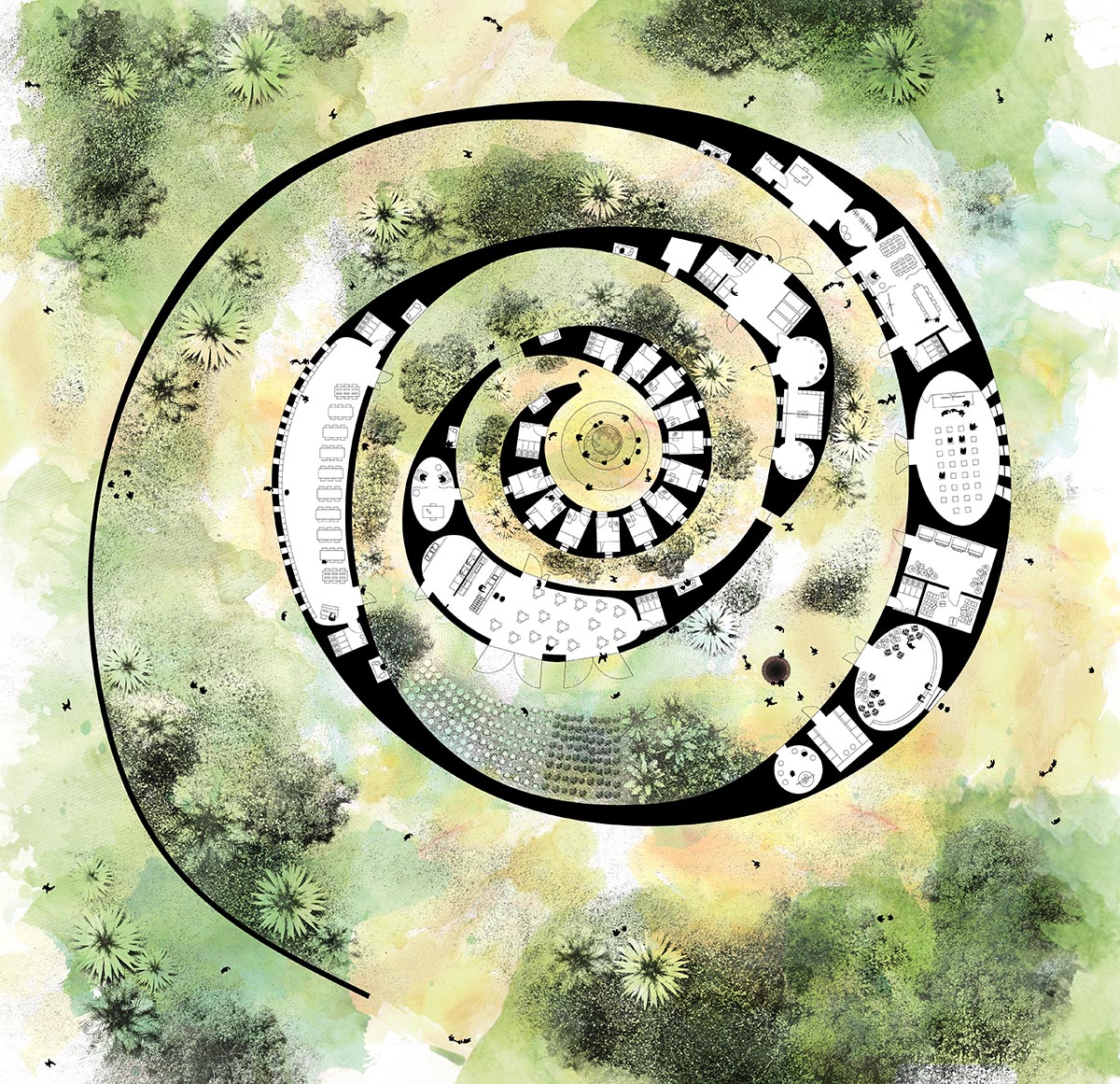 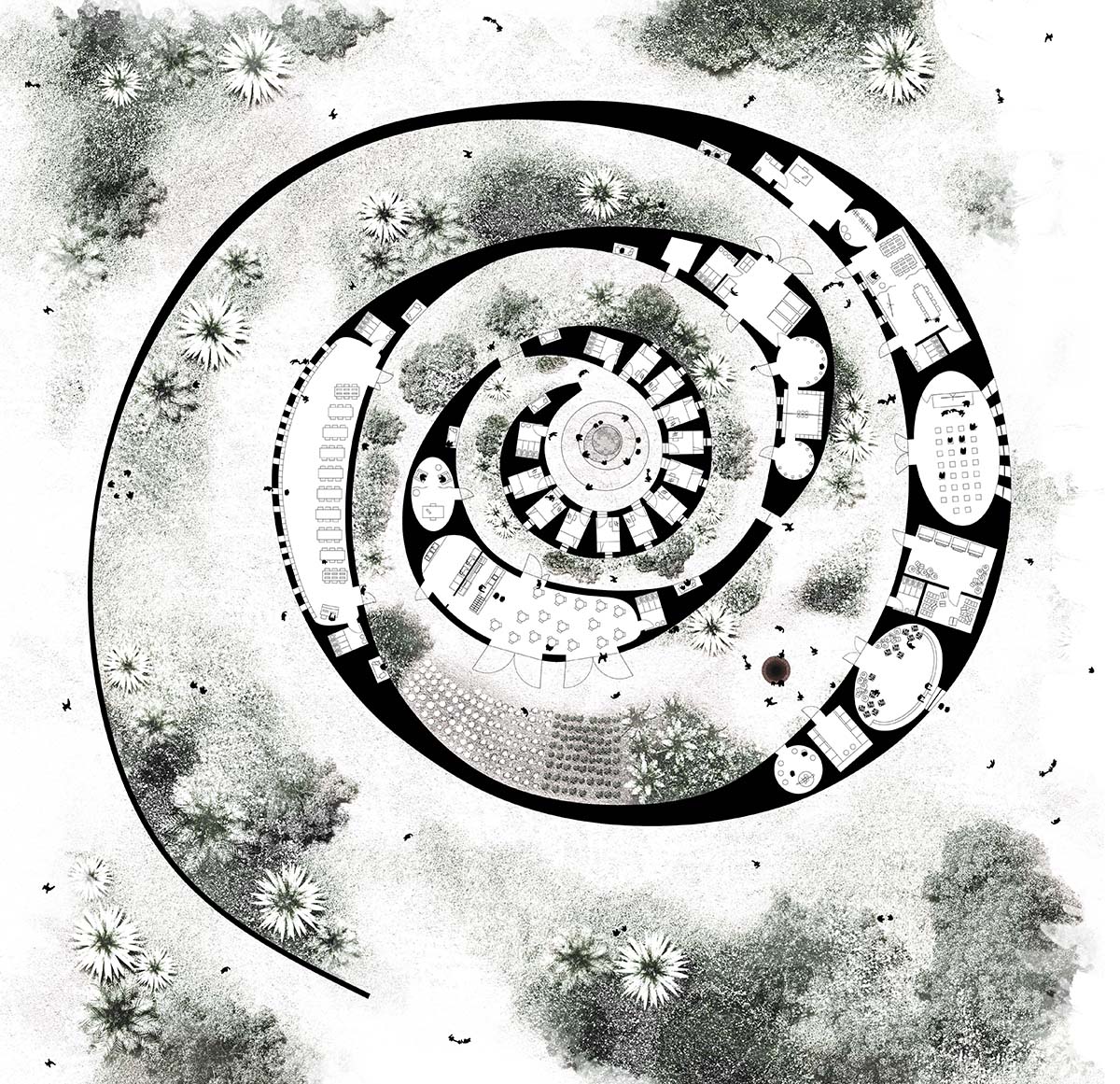 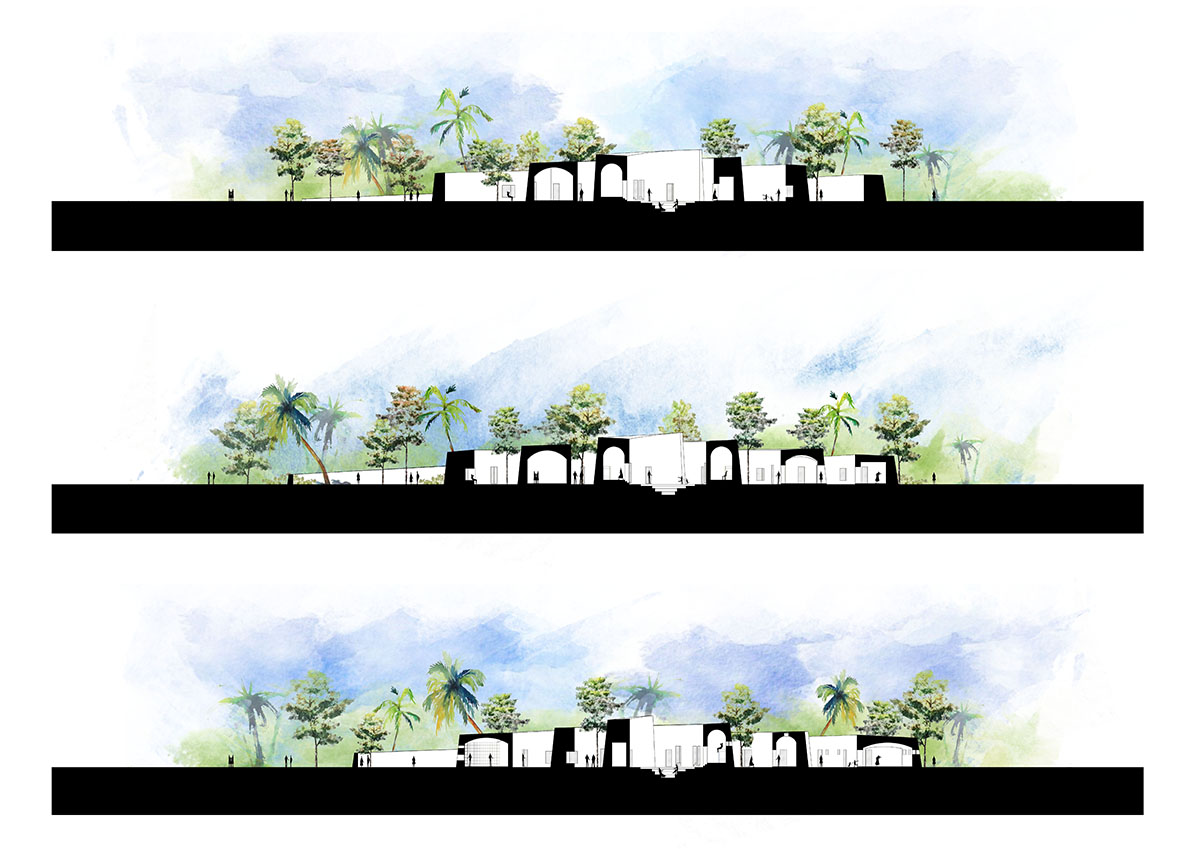 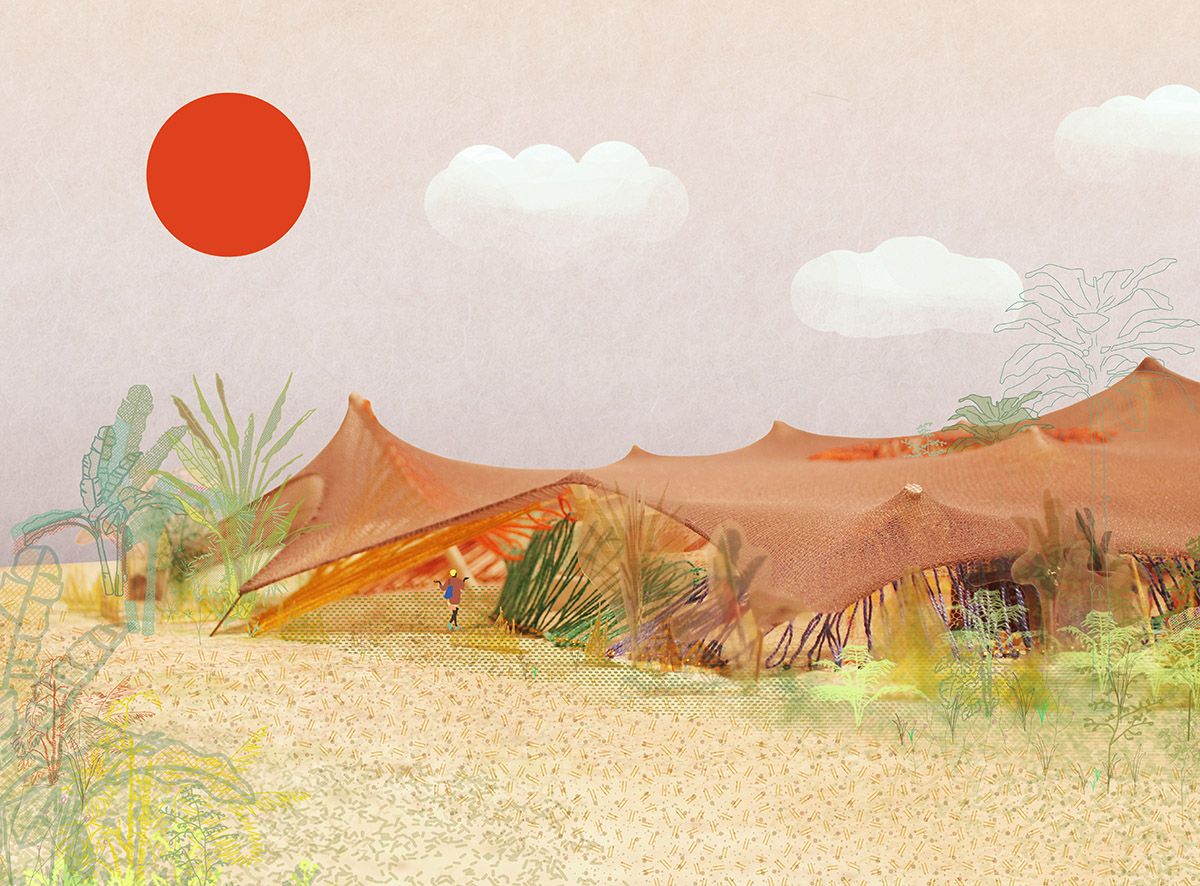 Jury comments: The second place winners for the Ugandan LGBT Youth Asylum architecture competition were selected for the conceptual symbolism of their project. It consists of a tensioned structure that is composed of a series of columns, which are linked by cables and support a wired mesh. The primary structure therefore has an incredibly flexible textile creating a protective membrane from the hostile environment.....Continue Reading 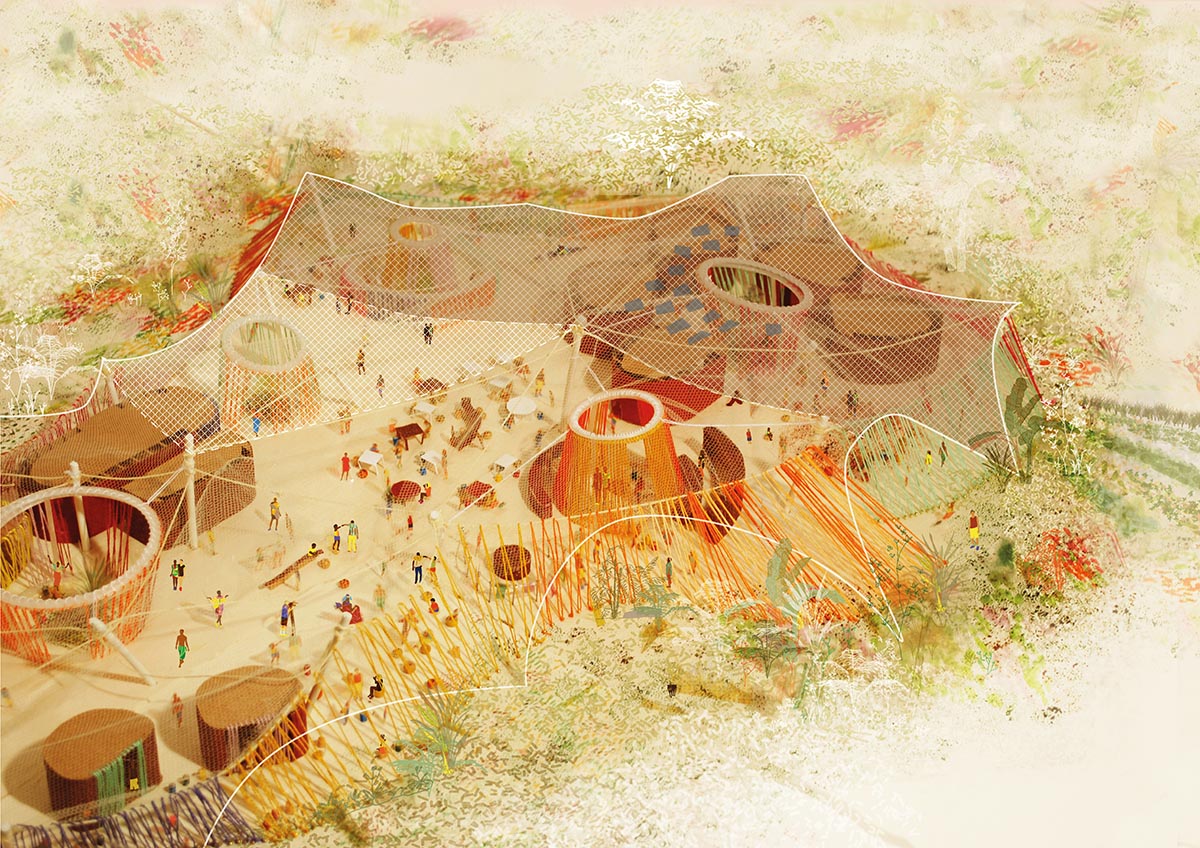 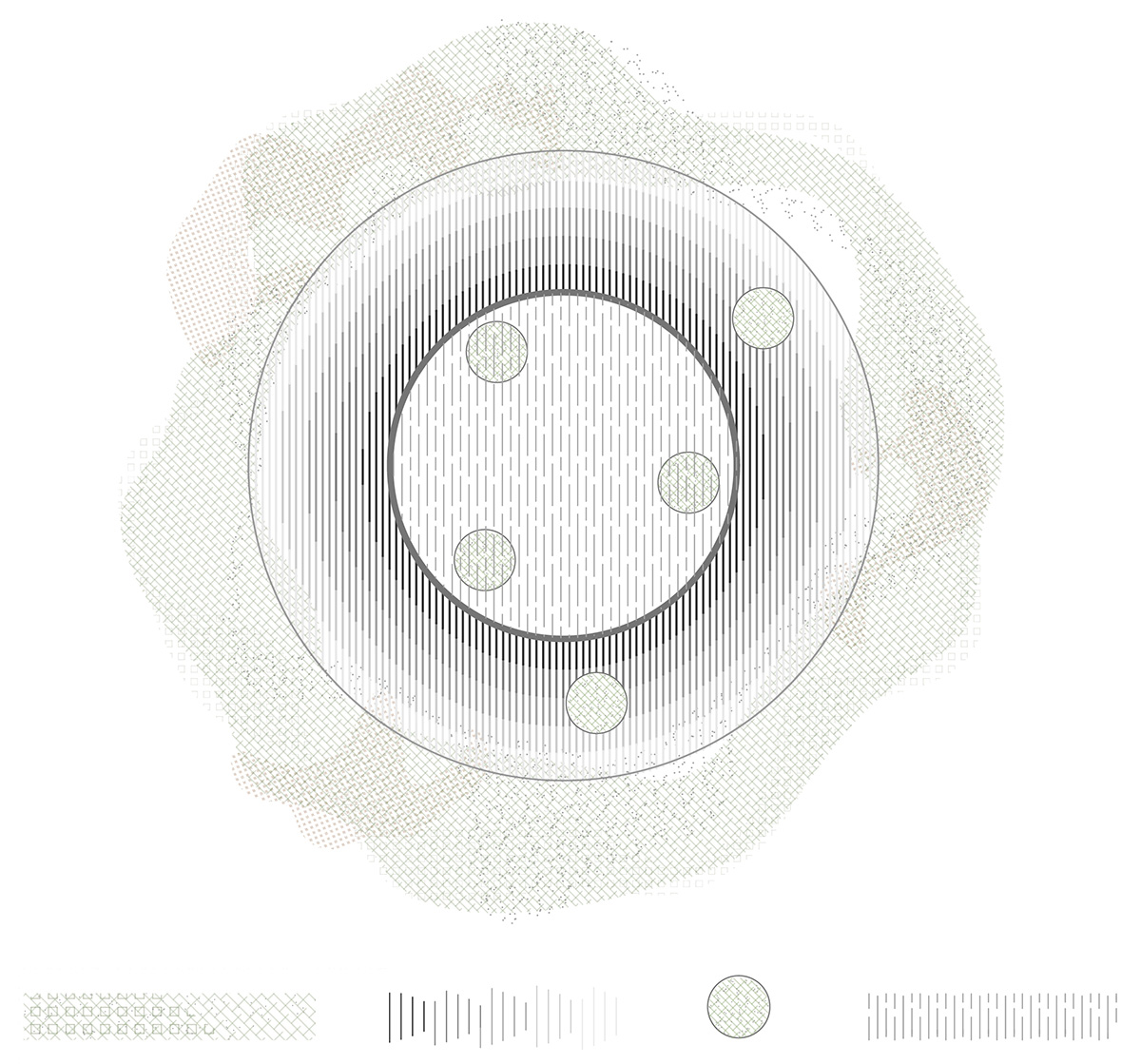 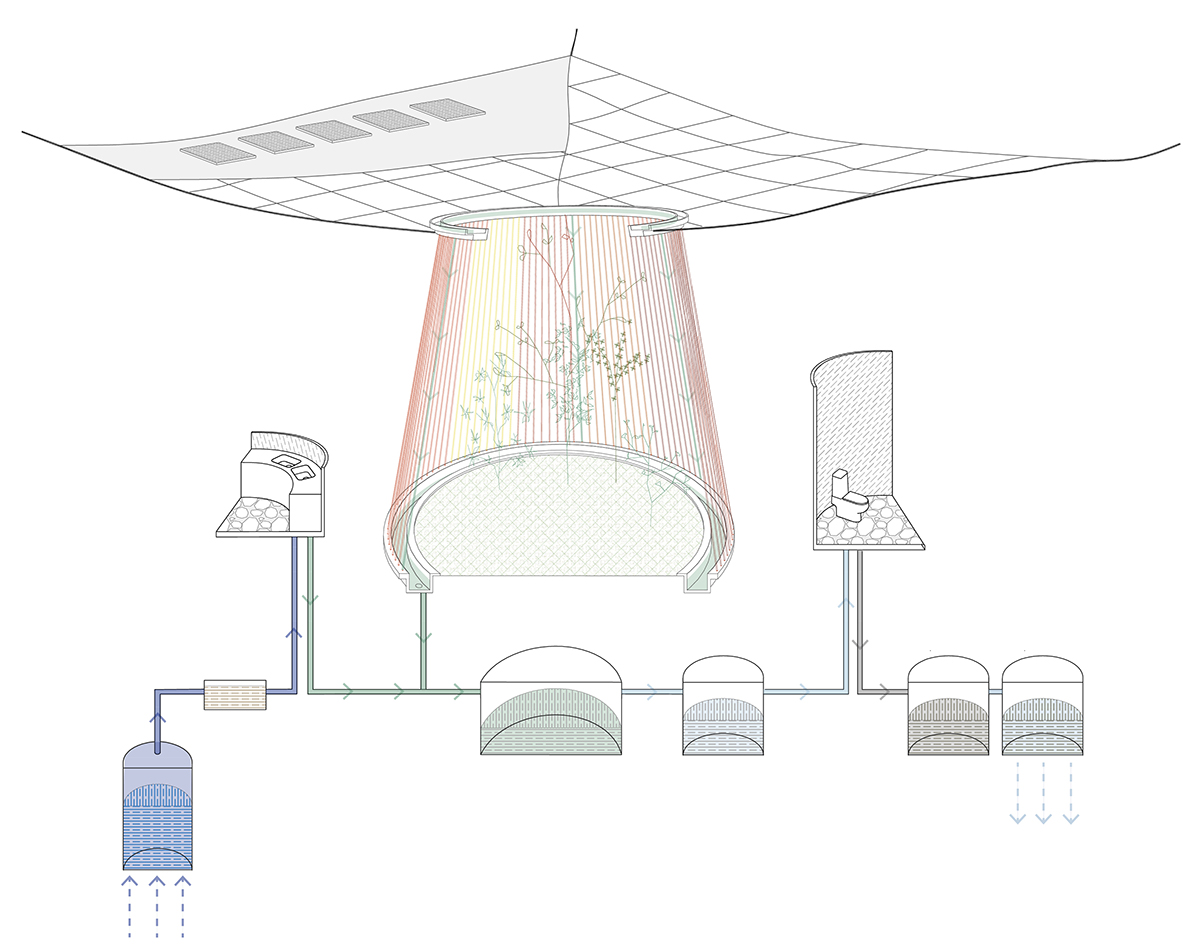 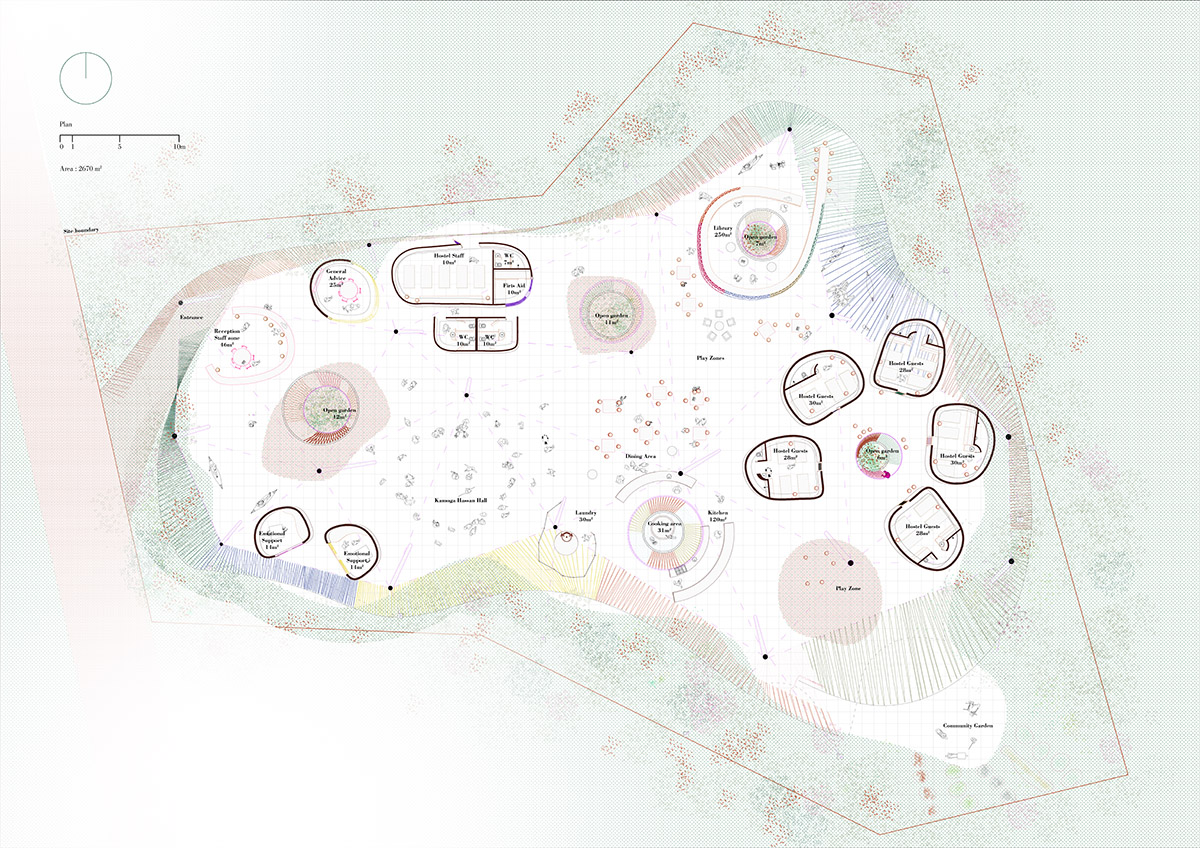 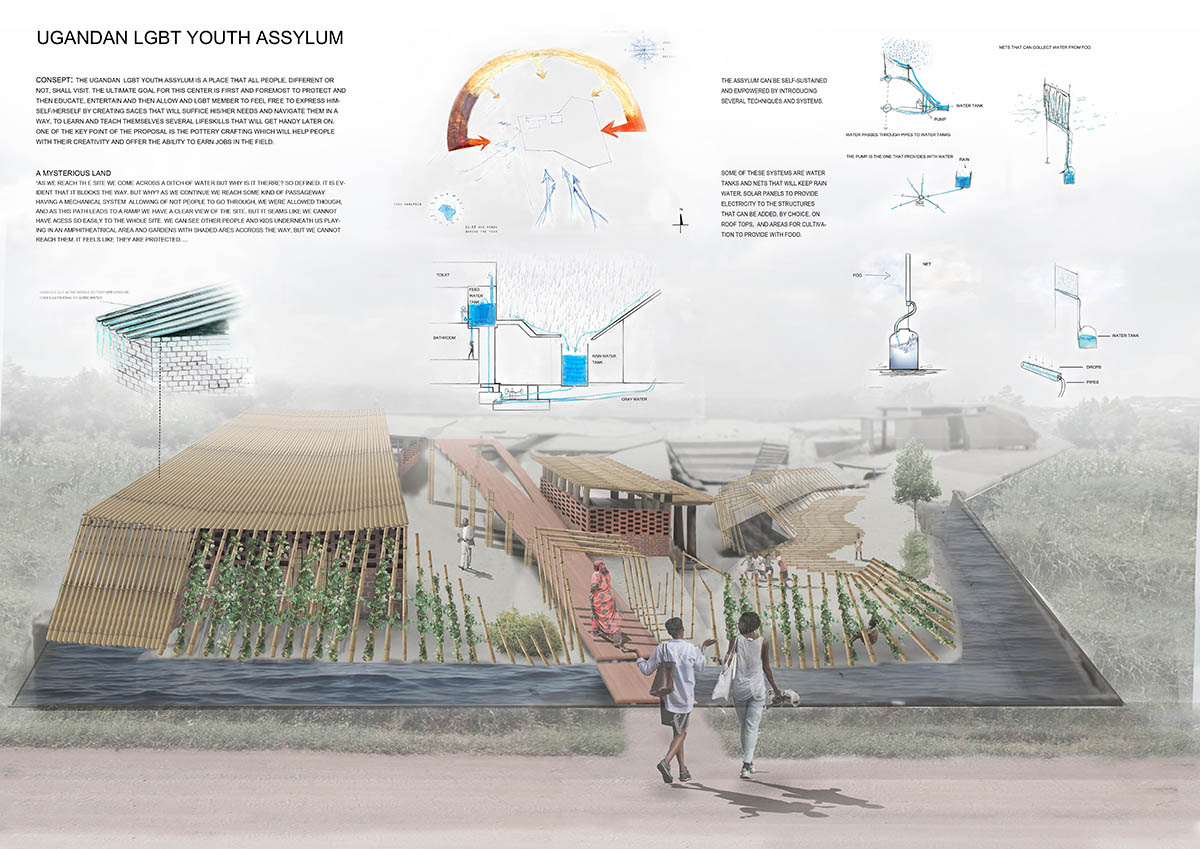 Jury comments: The third place winners of the Ugandan LGBT Youth Asylum architecture competition taking zoning to another level, creating a village-within-a-building in their project. Their designs are very in keeping with the local community, creating a sustainable environment that works to further integrate LGBT people into the wider community.....Continue Reading 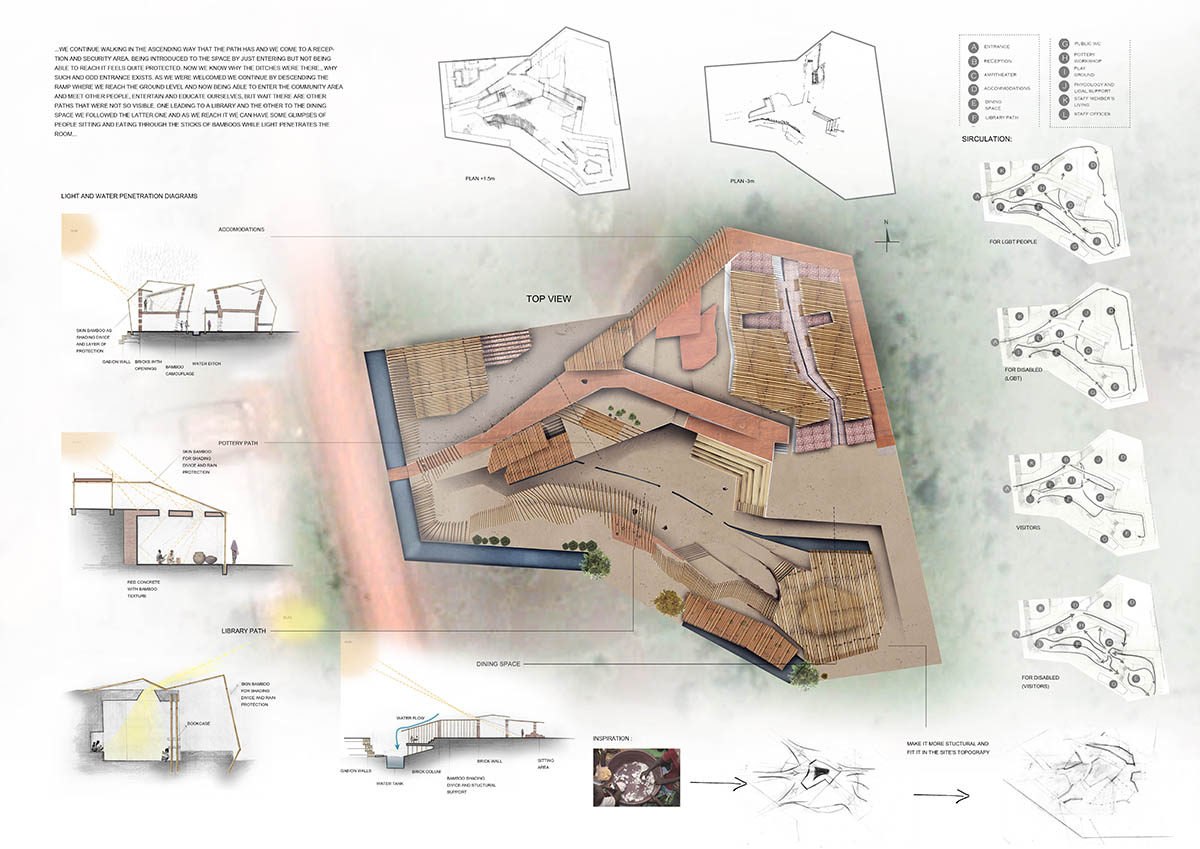 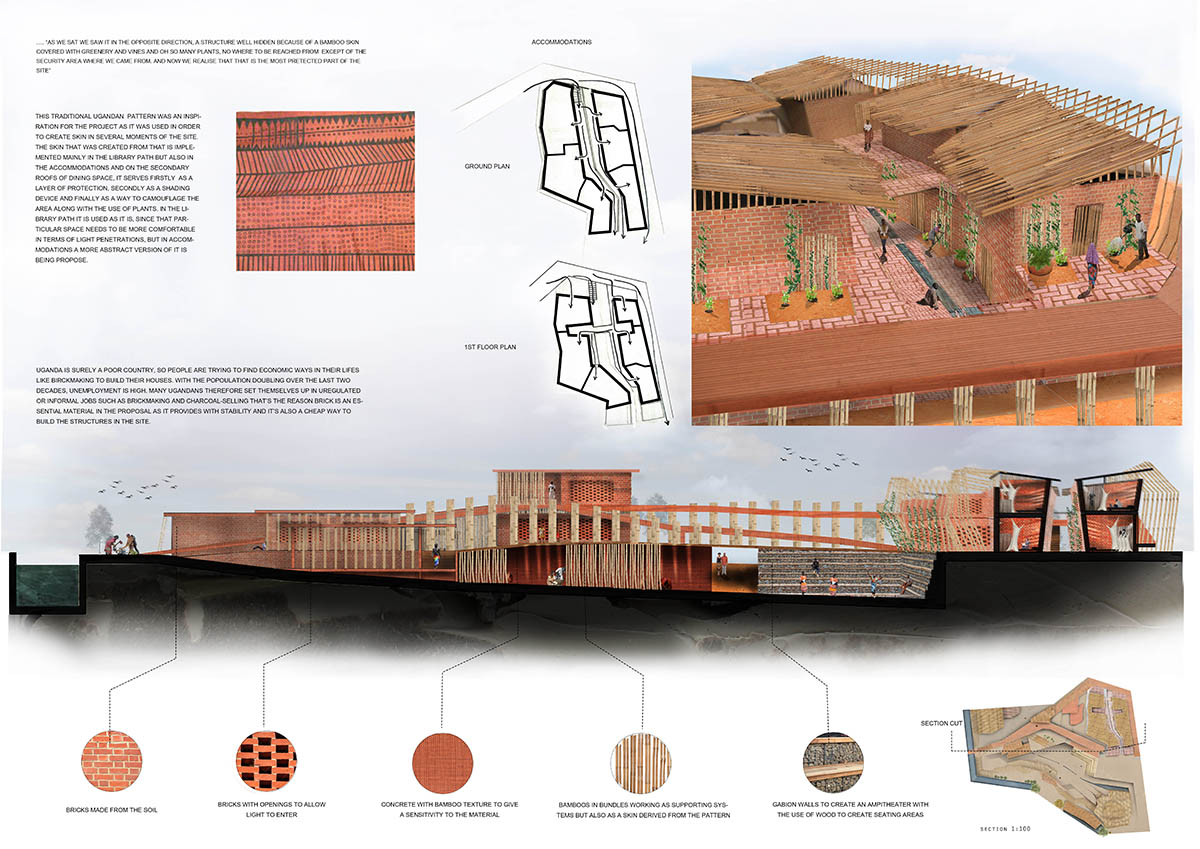