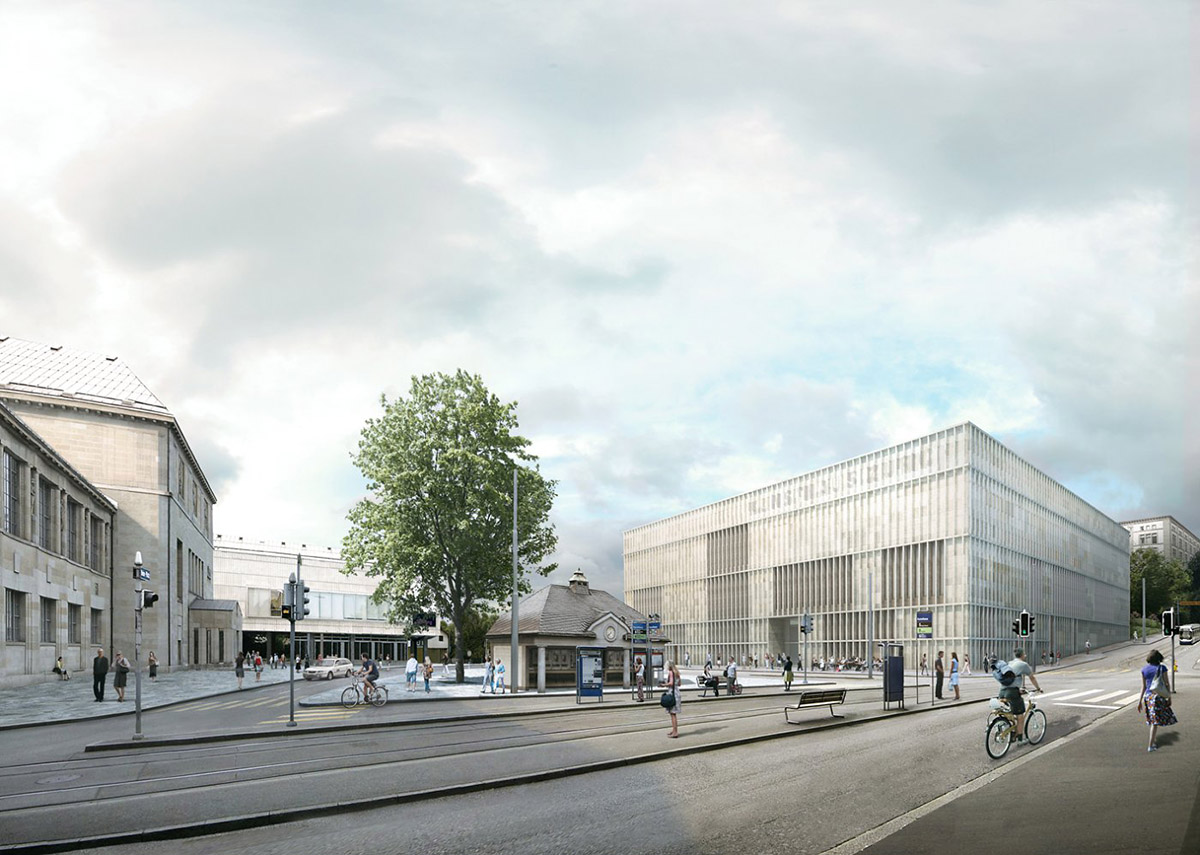 David Chipperfield Architects released the new visuals of Kunsthaus Zurich, which was designed by the Swiss architect Karl Moser, was built between 1904 and 1910 and is situated on the south side of Heimplatz, a square in Zurich’s city centre. According to design approach of Chipperfield Architects, the project will almost double the space, transforming it into Switzerland’s largest art museum. The new building will display a collection of classic modernism, the Bührle Collection, temporary exhibitions and a contemporary art collection dating from the 1960s. Completion is due in 2020. 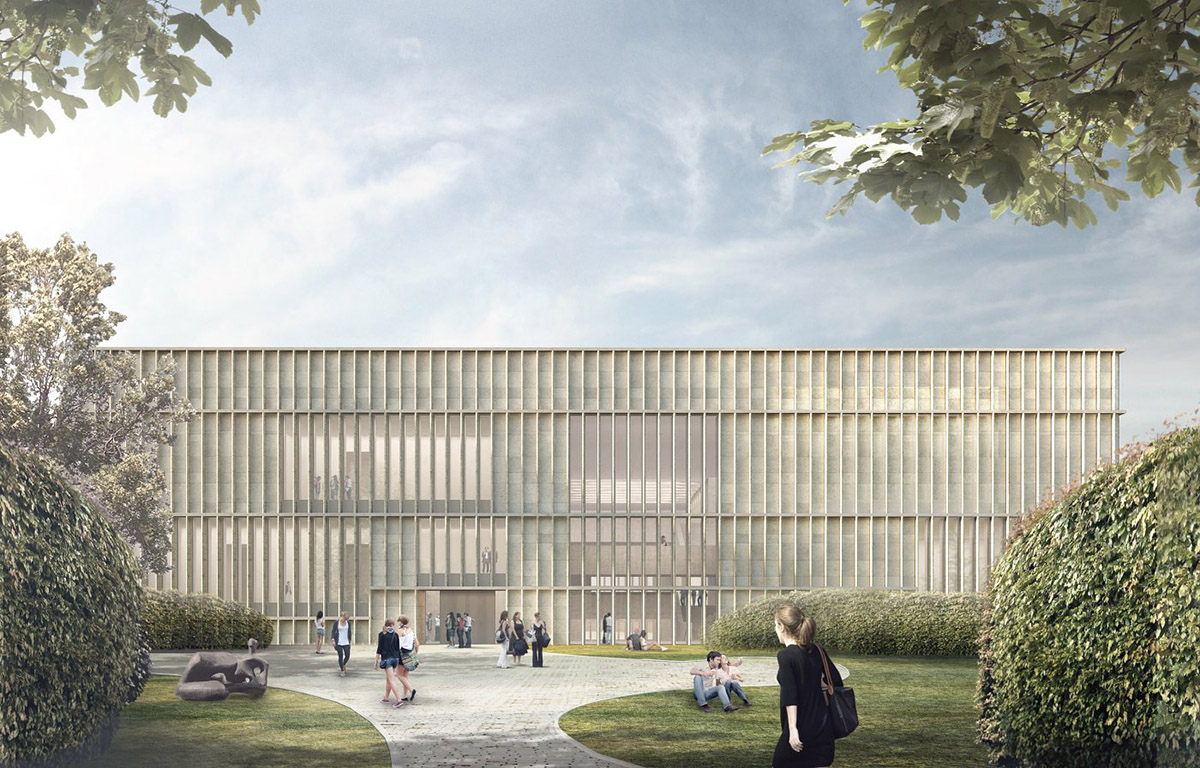 A passageway running underneath the square links the Kunsthaus with the new extension. Together with the Schauspielhaus (theatre) on the east side of the square, the museum buildings will form a ‘gateway to the arts’. The urban concept is determined by a clear geometric volume, which defines two public spaces – the Heimplatz to the south of the building and the art garden to the north. A publicly accessible hall, which spans the full length of the building, creates a link between these two urban spaces. a view from the city

The large entrances facing the square and garden together with windows on all sides of the building create a strong relationship to the surrounding city. The façade of the extension is made of local natural stone, the same material used in the existing Kunsthaus building. Slender pilaster strips, which also run in front of the large window openings, emphasize the verticality of the façade structure. 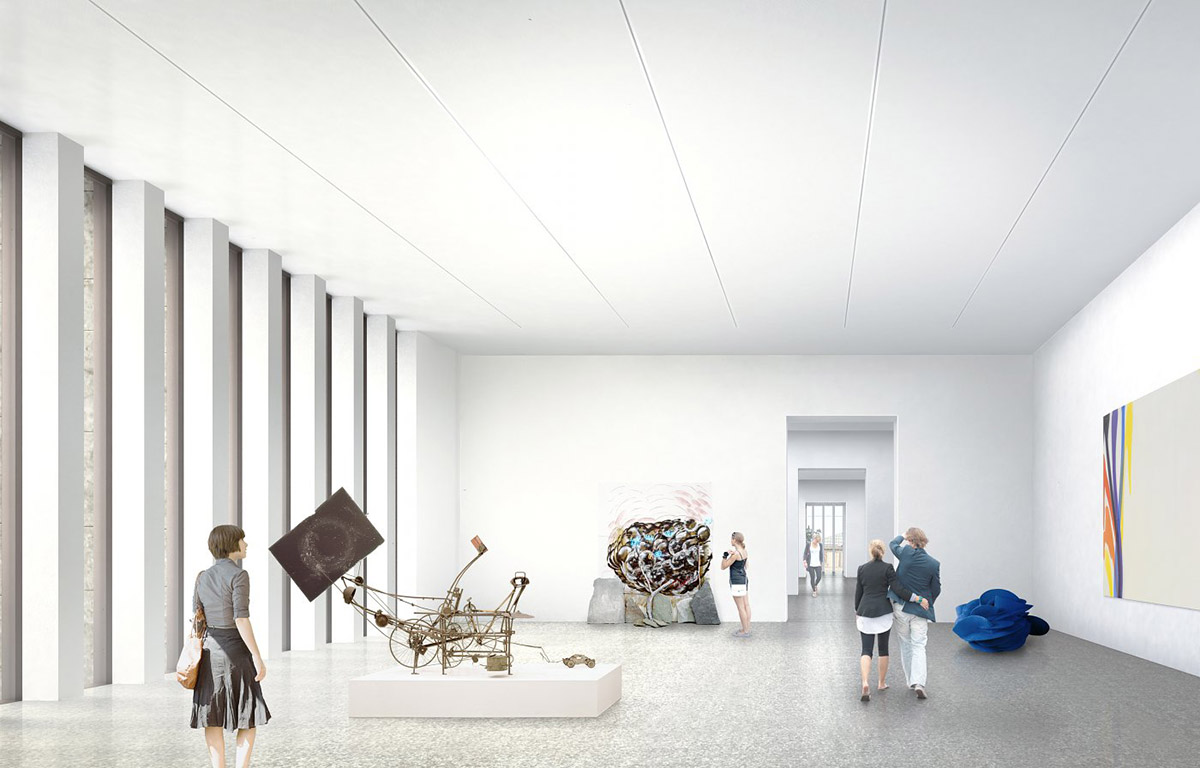 The floor plan of the building is based on the idea of a ‘house of rooms’. All the public functions such as the entrance, café, museum shop, event space and delivery area are situated on the ground floor. The two upper floors are reserved for the display of art, with the exhibition spaces forming a sequence of different sized rooms. The artworks exhibited on the first floor are naturally lit from the side, while skylight openings provide even and diffused lighting in the exhibition galleries on the second floor. 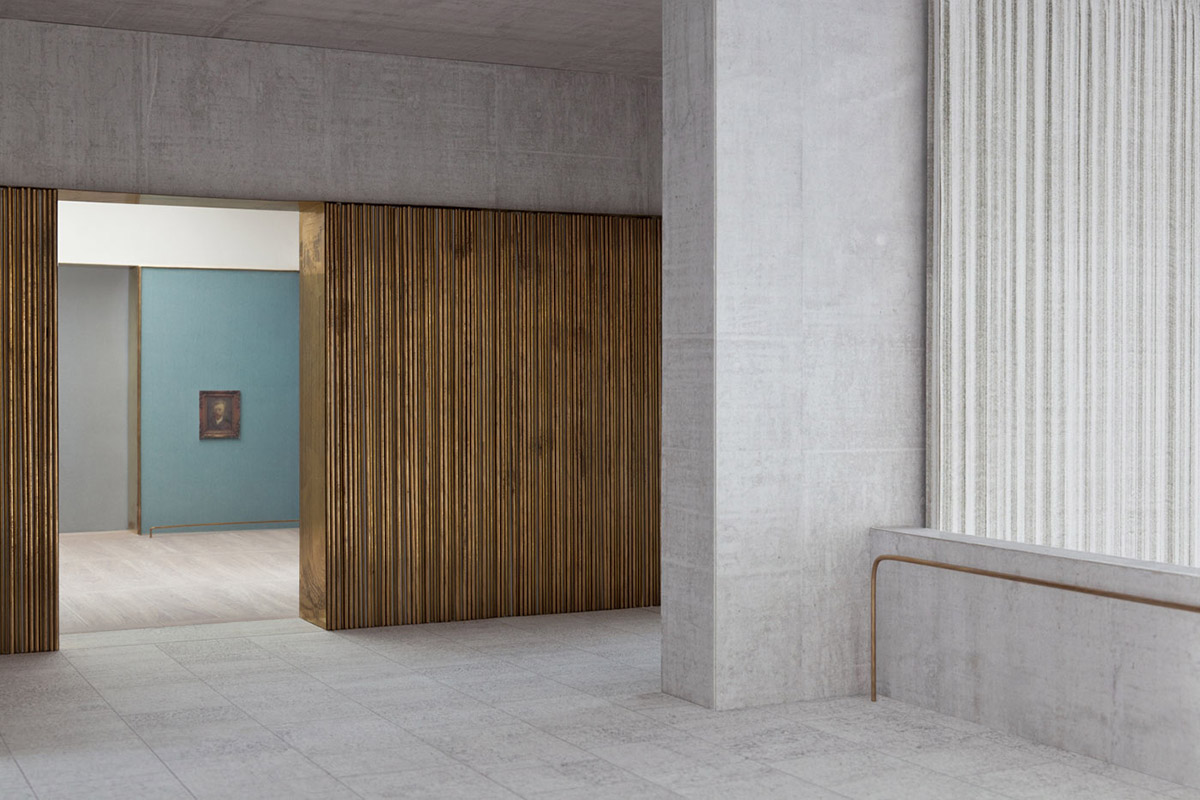 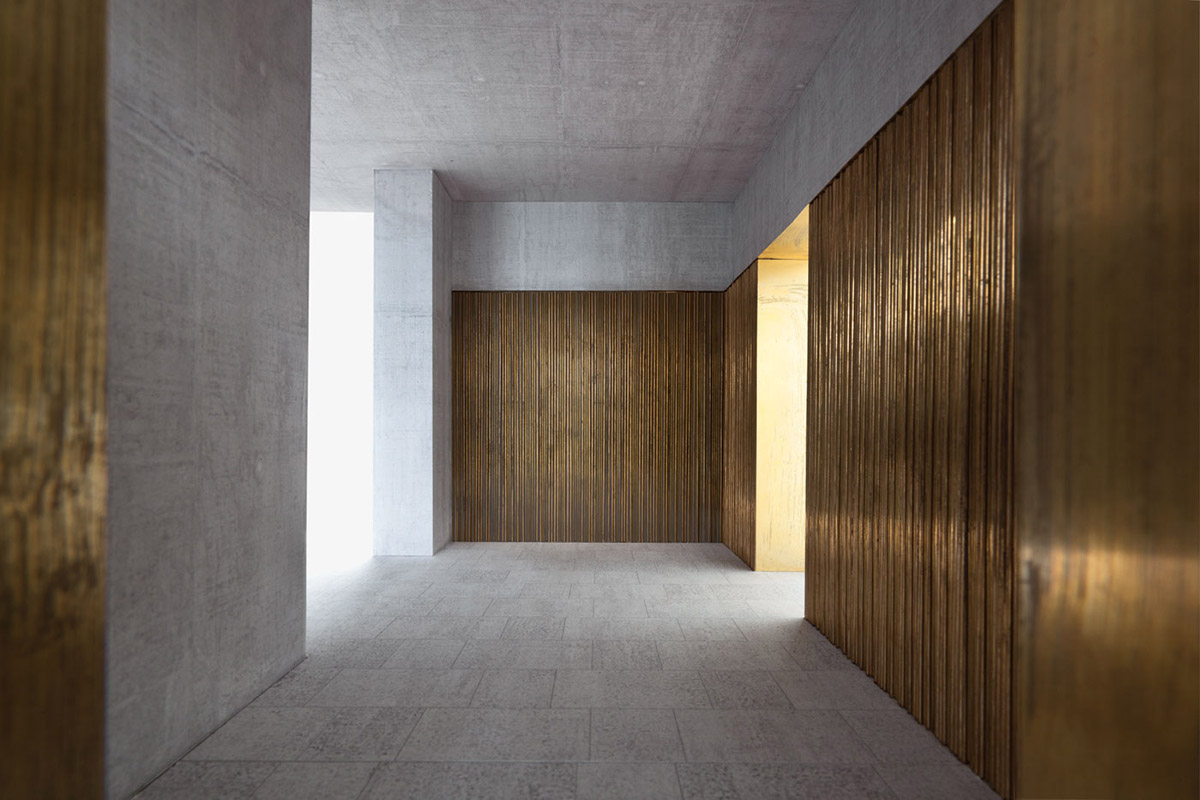 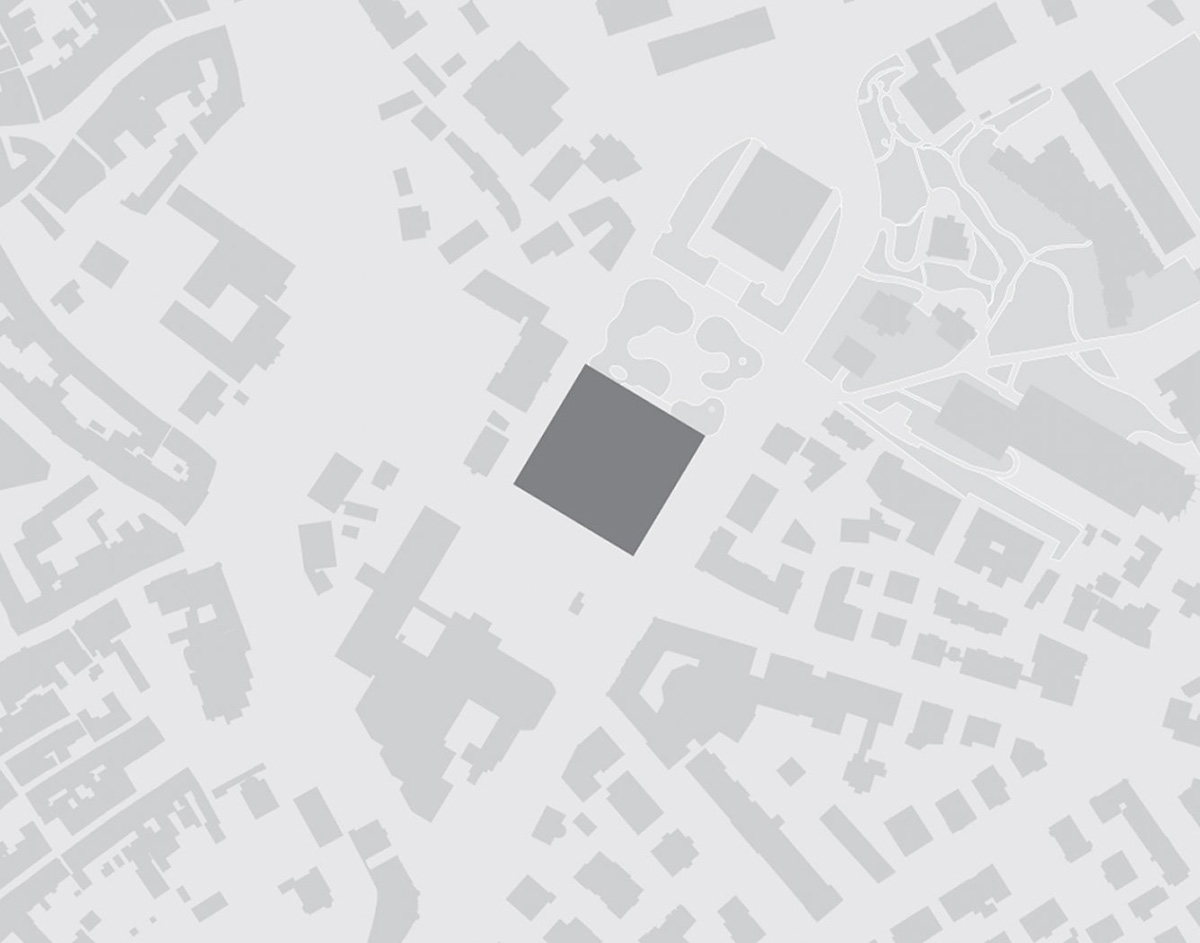 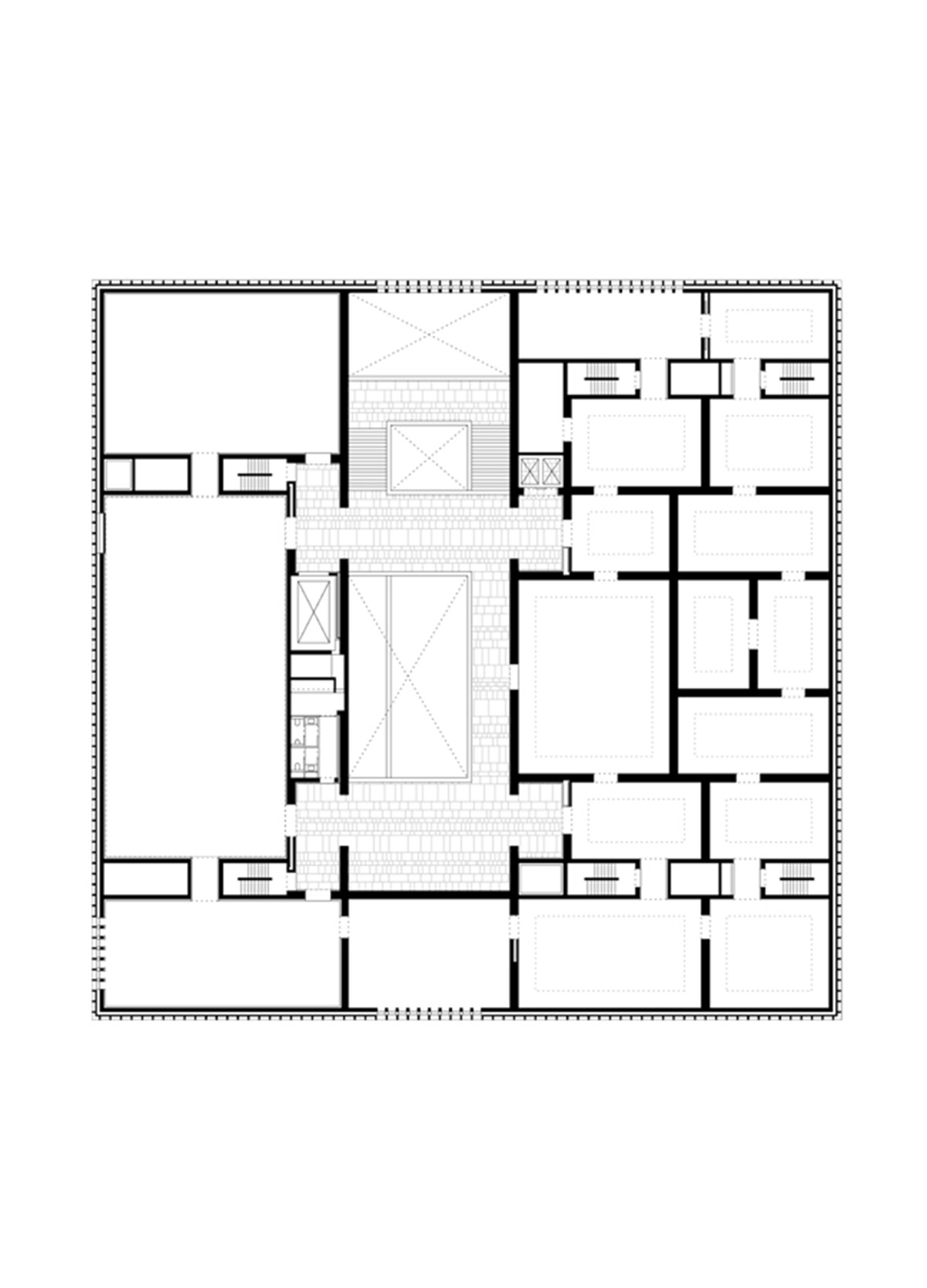 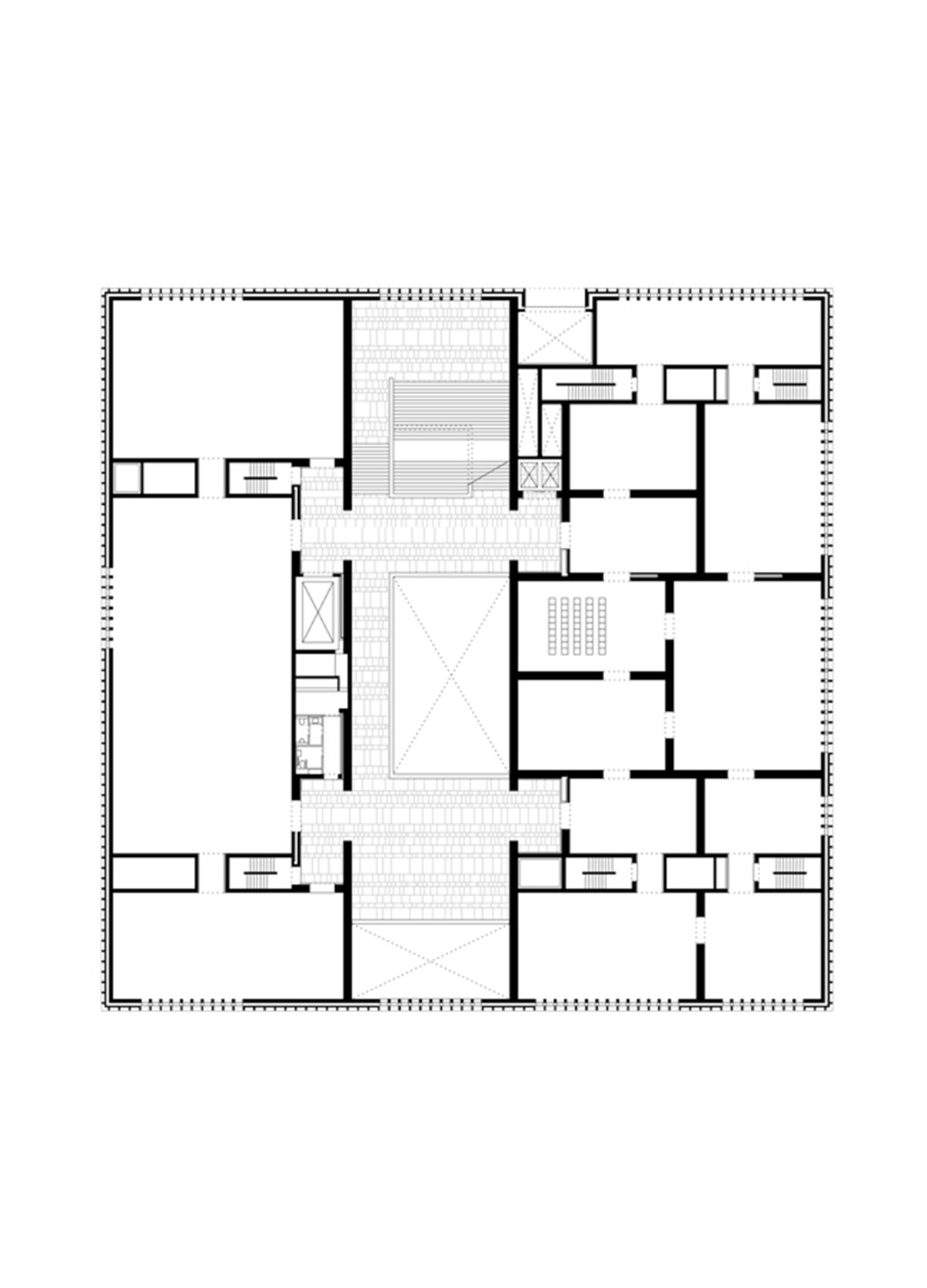