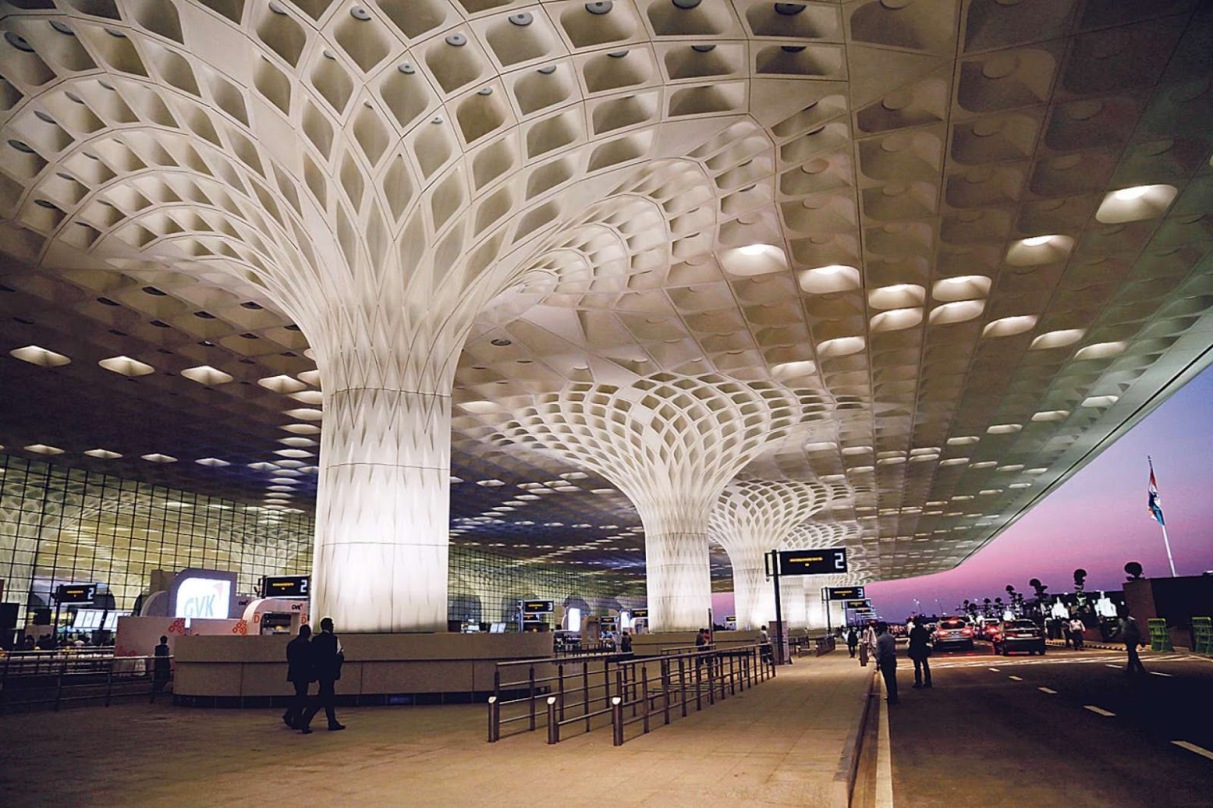 Chhatrapati Shivaji International Airport at Mumbai is one of the busiest airports in India. For years it had languished with limited and obsolete facilities. Then in the year 2006, an internationally acclaimed firm of Skidmore, Owings & Merrill (SOM) was commissioned to redesign the airport on the same site. Construction of the new airport completed in 2014, and international operations from the new Terminal -T2 commenced on 12 February, 2014.

The new Integrated Terminal Building (T2) now caters to both the international and domestic flights under one roof, optimizing terminal operations and reducing passenger walking distance. Having a built-up area of 4.4 million square feet across four floors, the airport caters to 40 million passengers annually. It is located on a land of 1400 acres which is nearly one quarter of the size of international airports at New Delhi and Hyderabad. 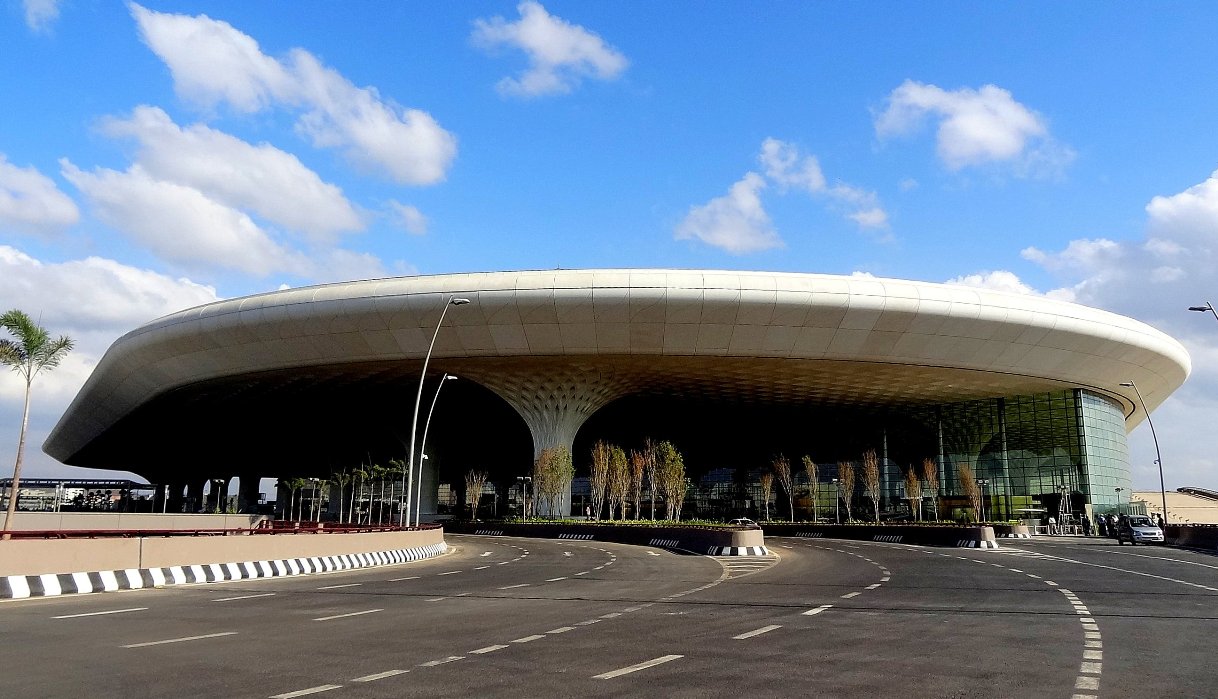 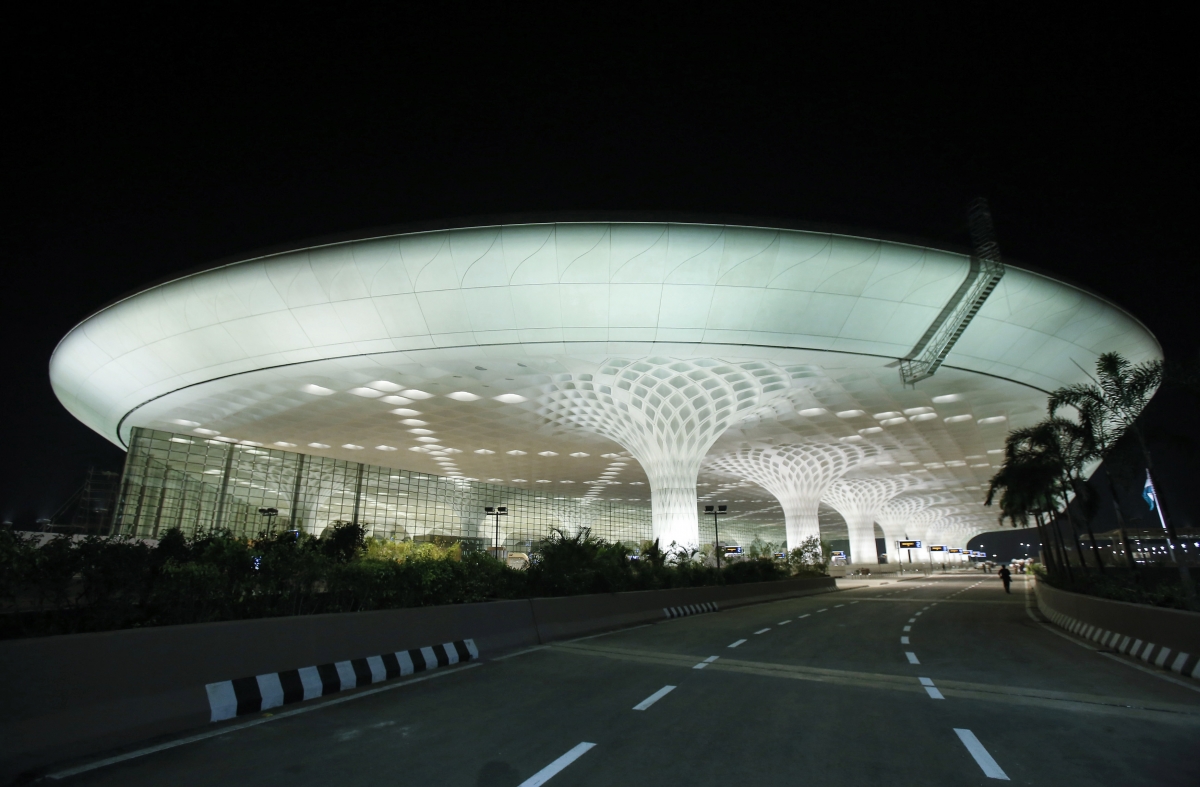 The limited land with no scope of expansion on any side posed the biggest challenge to the SOM. Among the other challenges were to increase the capacity of the existing airport to three times, that too without interfering in, or stopping its daily operations.The SOM’s integrated team of airport planners, architects, and engineers with its determination, dedication, and devotion was able to overcome all these challenges.

Keeping in view the site constraints, and the projected requirement of three times capacity, the SOM developed a unique X-shaped plan for the new airport building. The length of the two piers of the terminal however, is not the same as the eastern pier remains truncated due to non-clearance of slums in the adjoining plot. As a result, the X-shaped terminal gives an asymmetrical look in its aerial view. 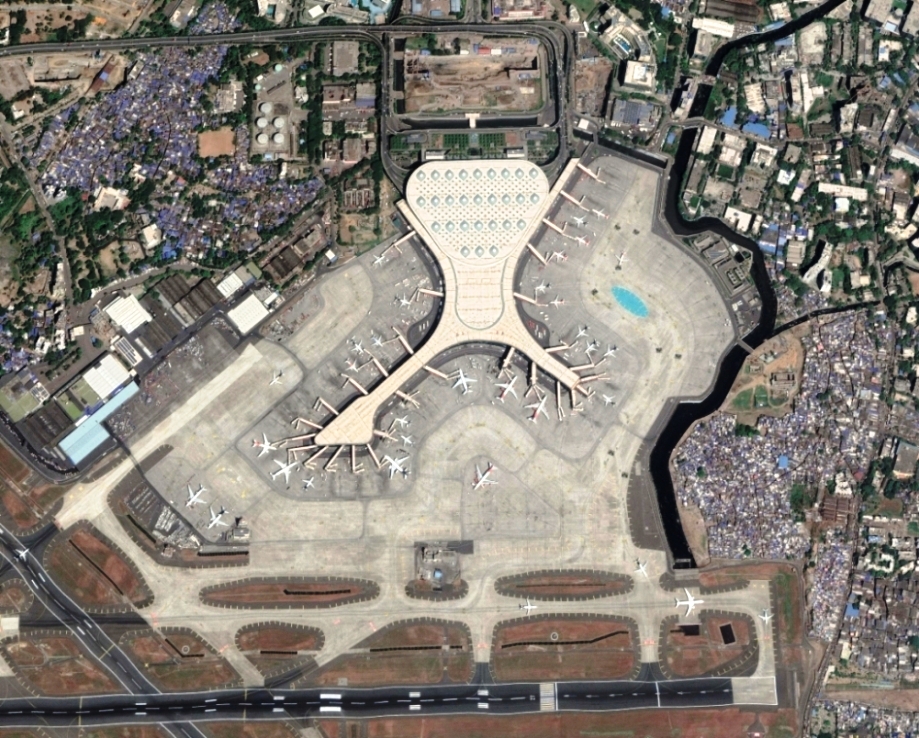 The shape of the plan ensured maximum aircraft gates due to wide spreading concourses. Some common facilities like retail, dining, and elaborated baggage handling system have been accommodated at the narrow centre of the X-shaped plan. The central location of these facilities make them easily accessible from all parts of concourses.

Unlike most of the airports where international and domestic retail areas are placed side-by-side, here all the retail areas are stacked vertically with international retail service above the domestic service. This arrangement though is unconventional yet quite efficient with regard to saving in large covered area. Apart from this, it ensured airport to operate concourses to serve either domestic or international flights depending upon demand. 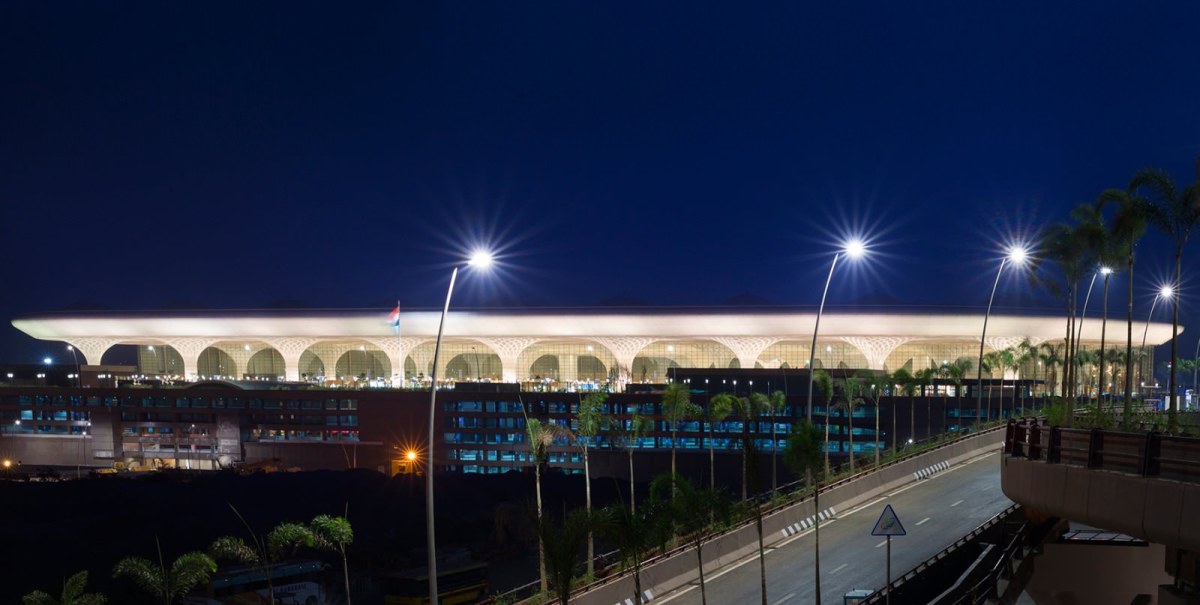 The airport’s arrivals and departures area has been planned on the northern side, sandwiched between the eastern and western piers. All the international and domestic travelers enter the terminal on the fourth floor through a sweeping elevated road. At the entrance, this approach road has been sufficiently widened to provide space for drop-offs curbs. The entire arrivals roadway has been covered with a huge cantilevered roof of the terminal building thus protecting the passengers and their accompanying guests from Mumbai’s scorching heat and unpredictable monsoons. 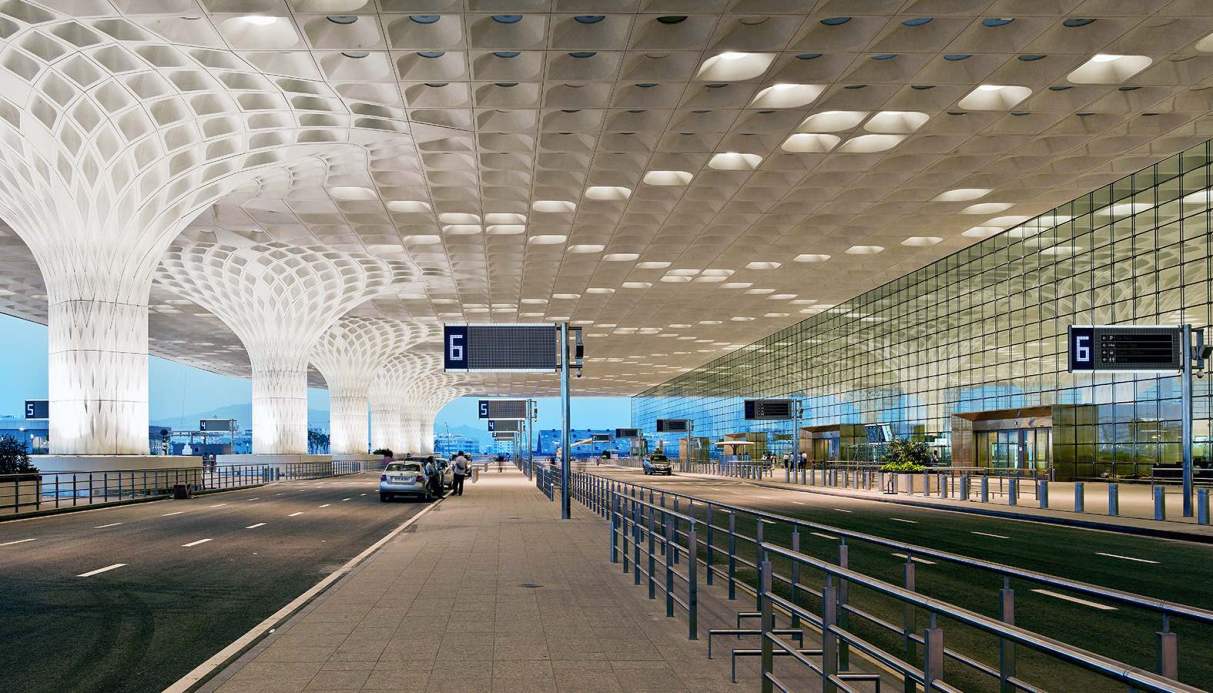 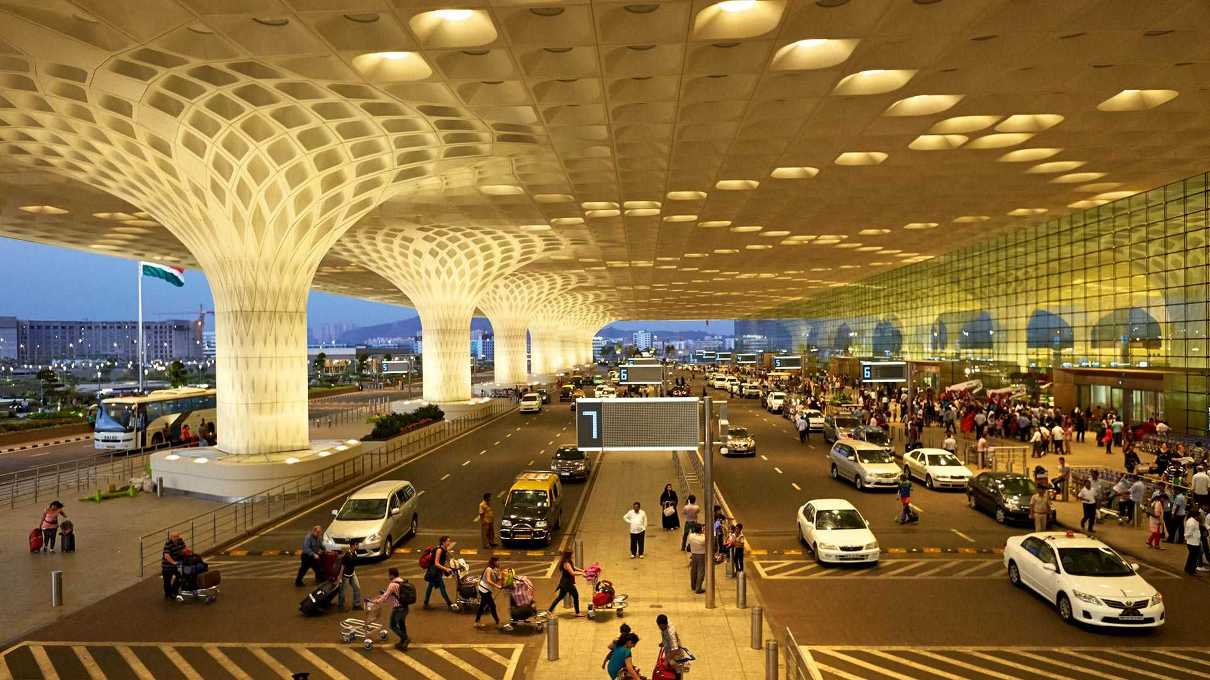 The hallmark of the design is a long-span roof of the terminal building which covers 70,000 square metres without an expansion joint thus making it one of the world’s largest roofs. The roof is supported on 30 massive steel columns spaced at 64 metres in the north-south direction, and at 34 metres in the east-west direction. The designers increased the depth of the steel trusses near the columns, and ran trusses in both an orthogonal grid, and 45-degree grid, resulting in generous spacing, and cantilevers of 40 metres along the perimeter.

The mega-columns were also designed to serve as hoist mechanisms so that entire roof could be constructed without tower cranes - a measure taken in response to site constraints and close proximity of an existing terminal. In addition to its superlative roof, the terminal features the largest and longest cable wall system in the world. 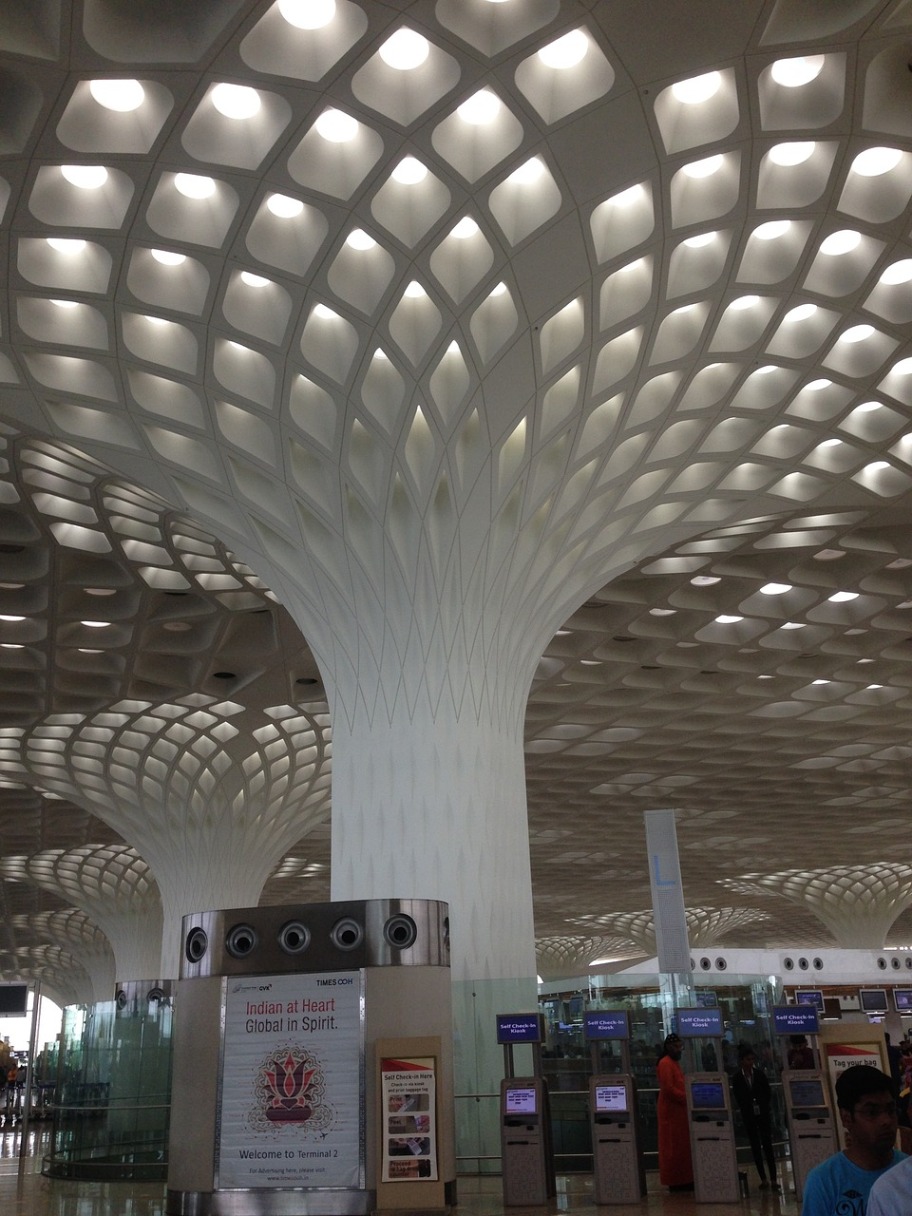 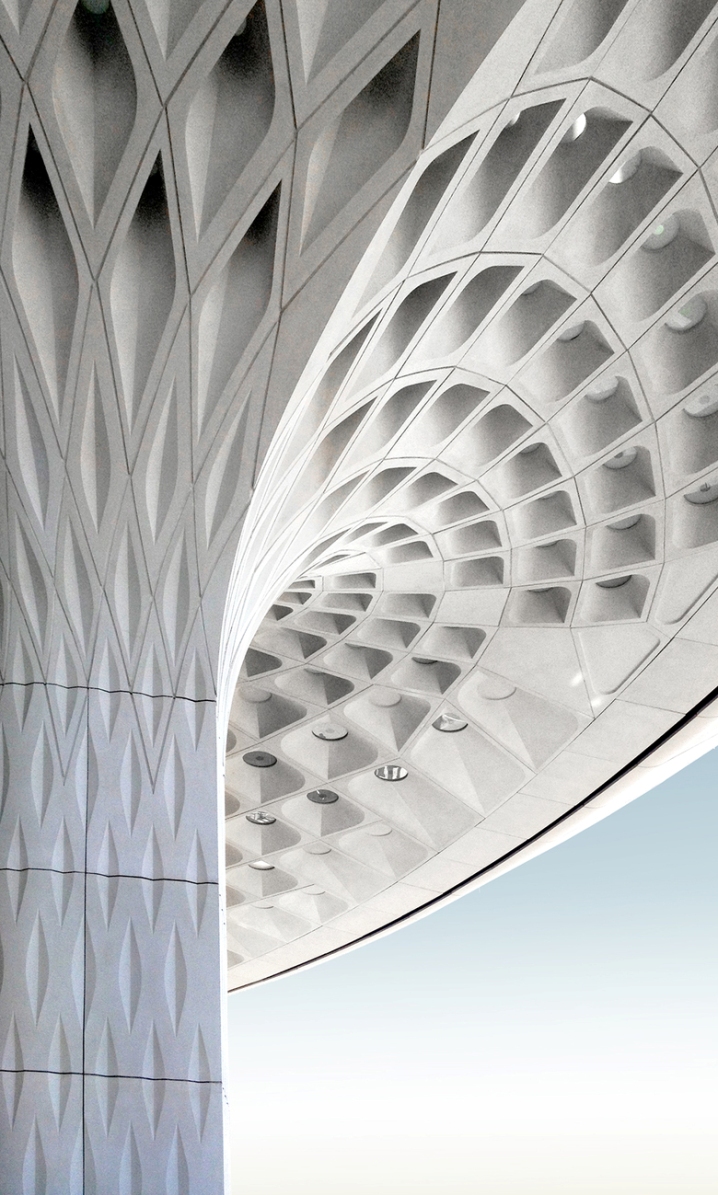 All the mega steel columns and a network of trusses have been artistically clad in thousands of precision-made glass-fibre-reinforced concrete panels on the exteriors, and glass-fibre-reinforced gypsum panels in the interiors. Due to curvilinear form of mushroom columns and roof, the size and shape of all these coffered panels vary from place to place. As a result, each panel has been custom made with computerized precision. 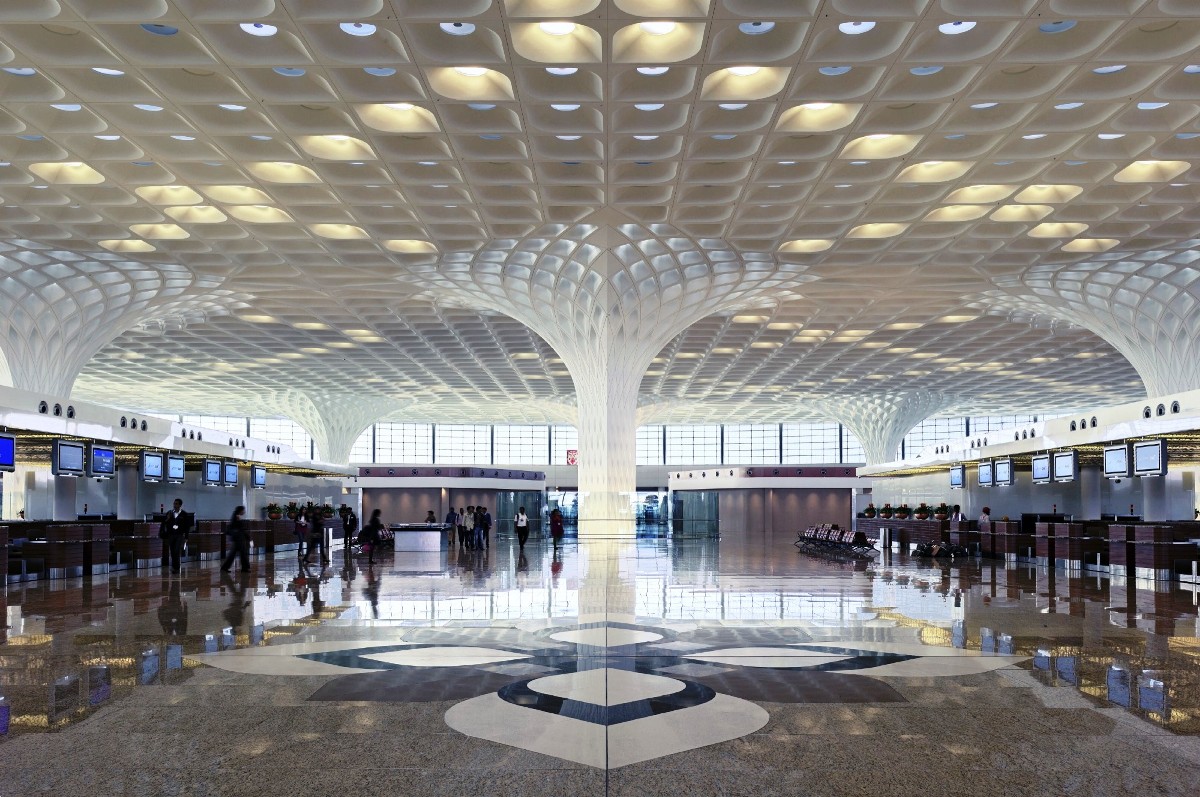 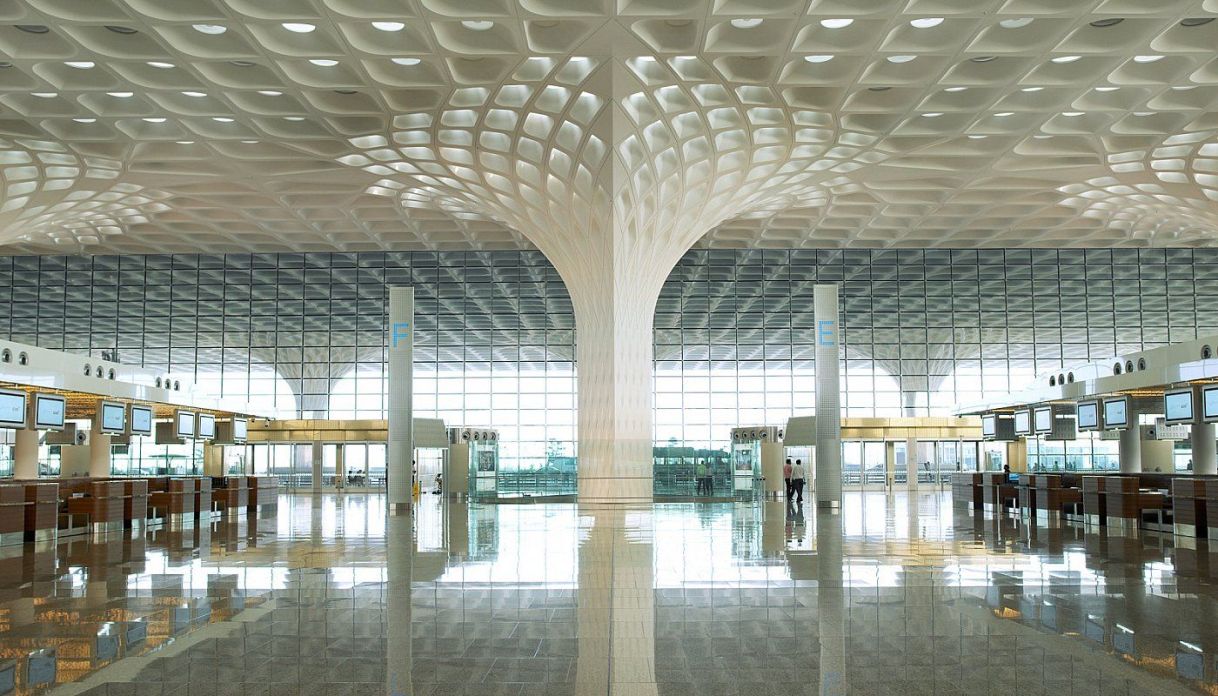 The design of the motif for the moulded coffered panels has been derived from teardrop-shaped eye of the peacock which is India’s national bird. At the centre of each of the coffered panels is a round aperture for natural and electric light to pass. In each aperture is a laminated lens that produces two colours, depending on the angle at which light strikes it. About the effect of these lights on the ambiance, the designers have very rightly said, “When the light is right, the whole airport looks like a Rajasthan palace filled with coloured glass.” 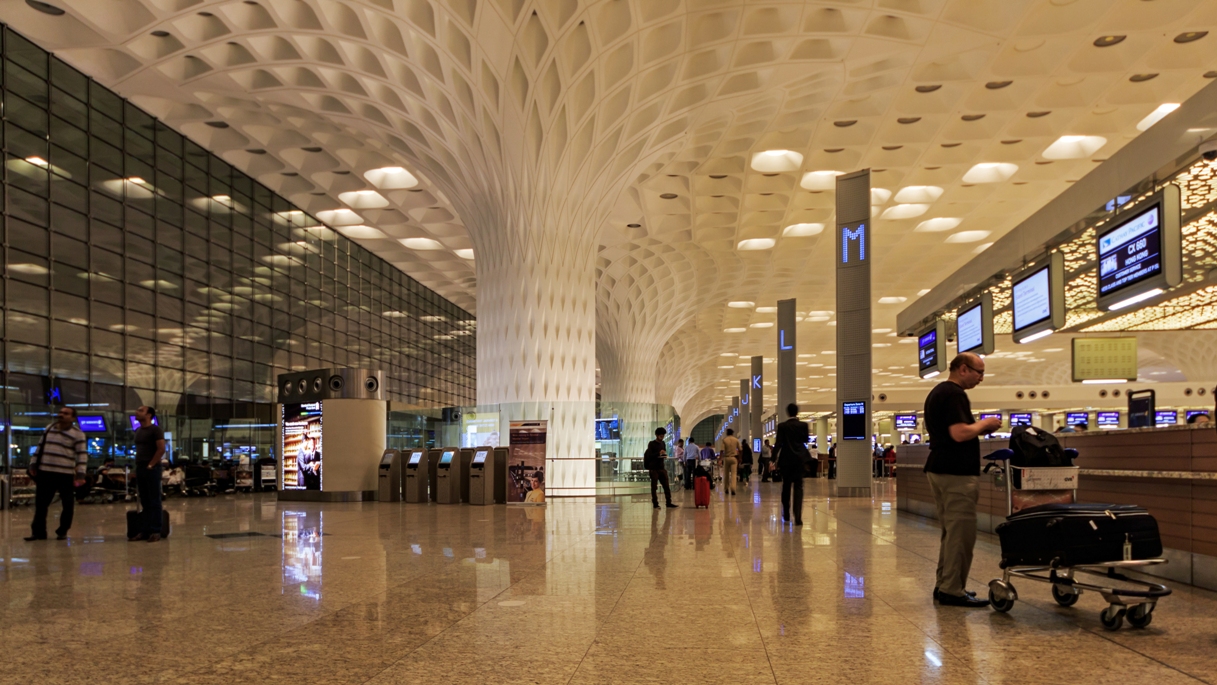 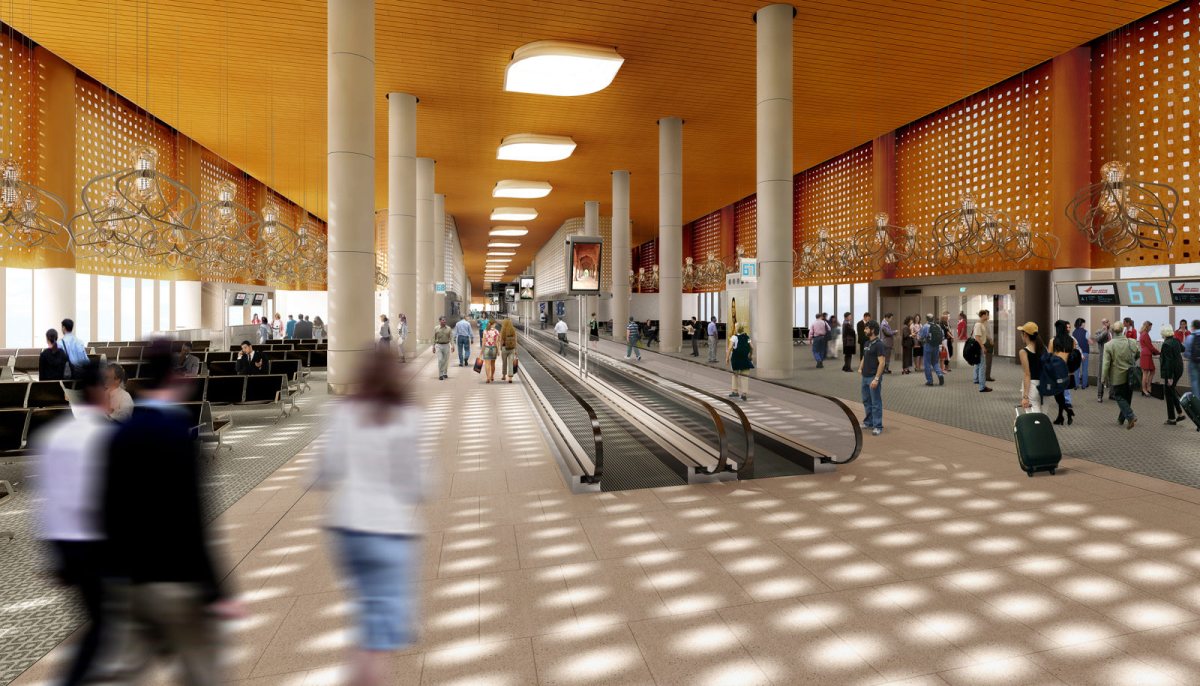 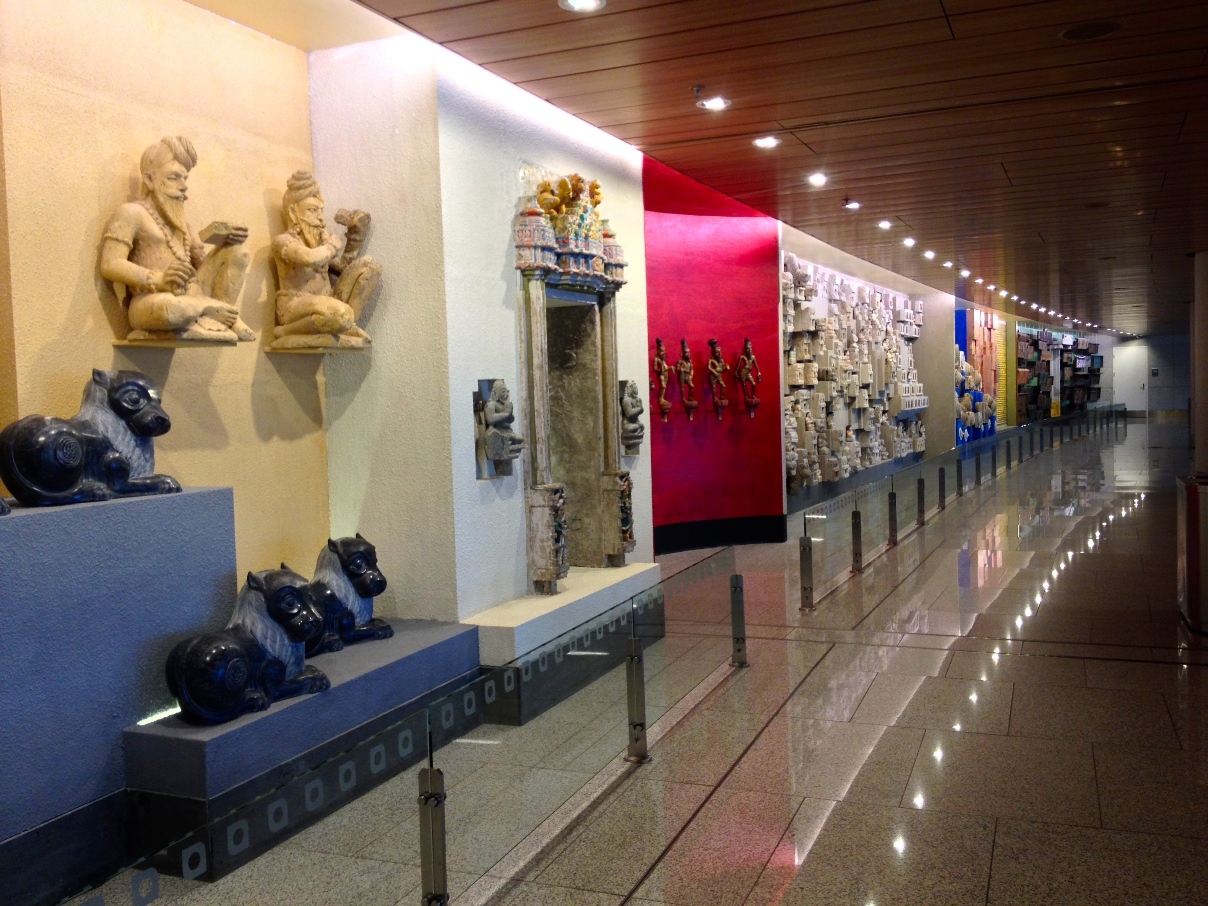 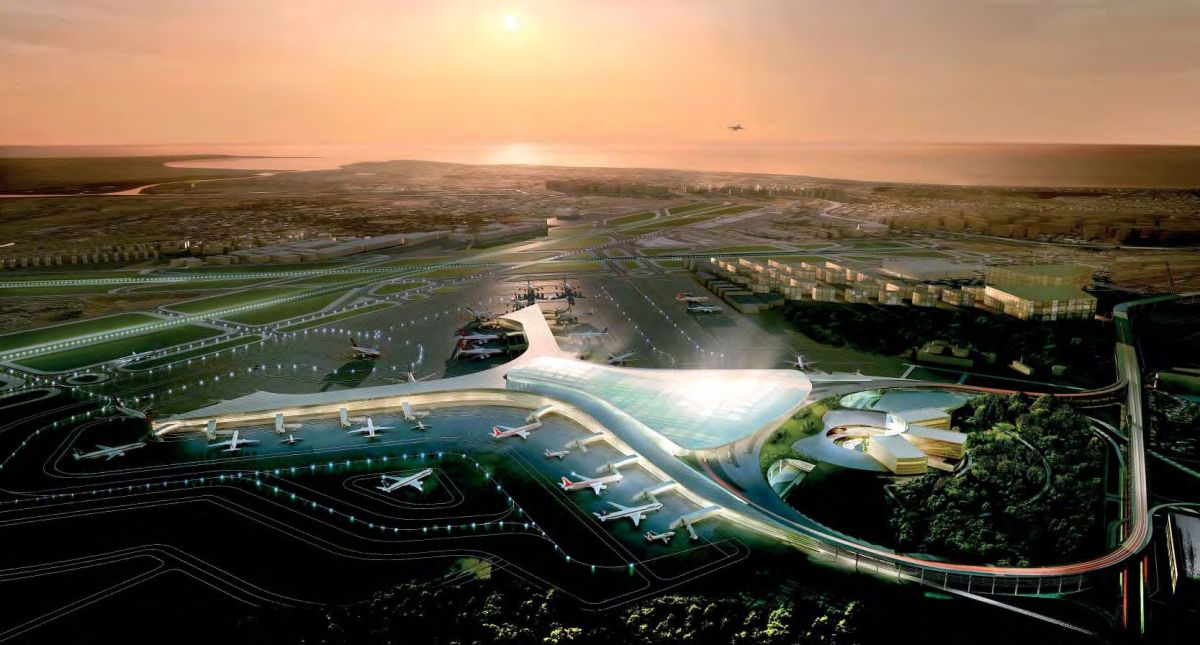 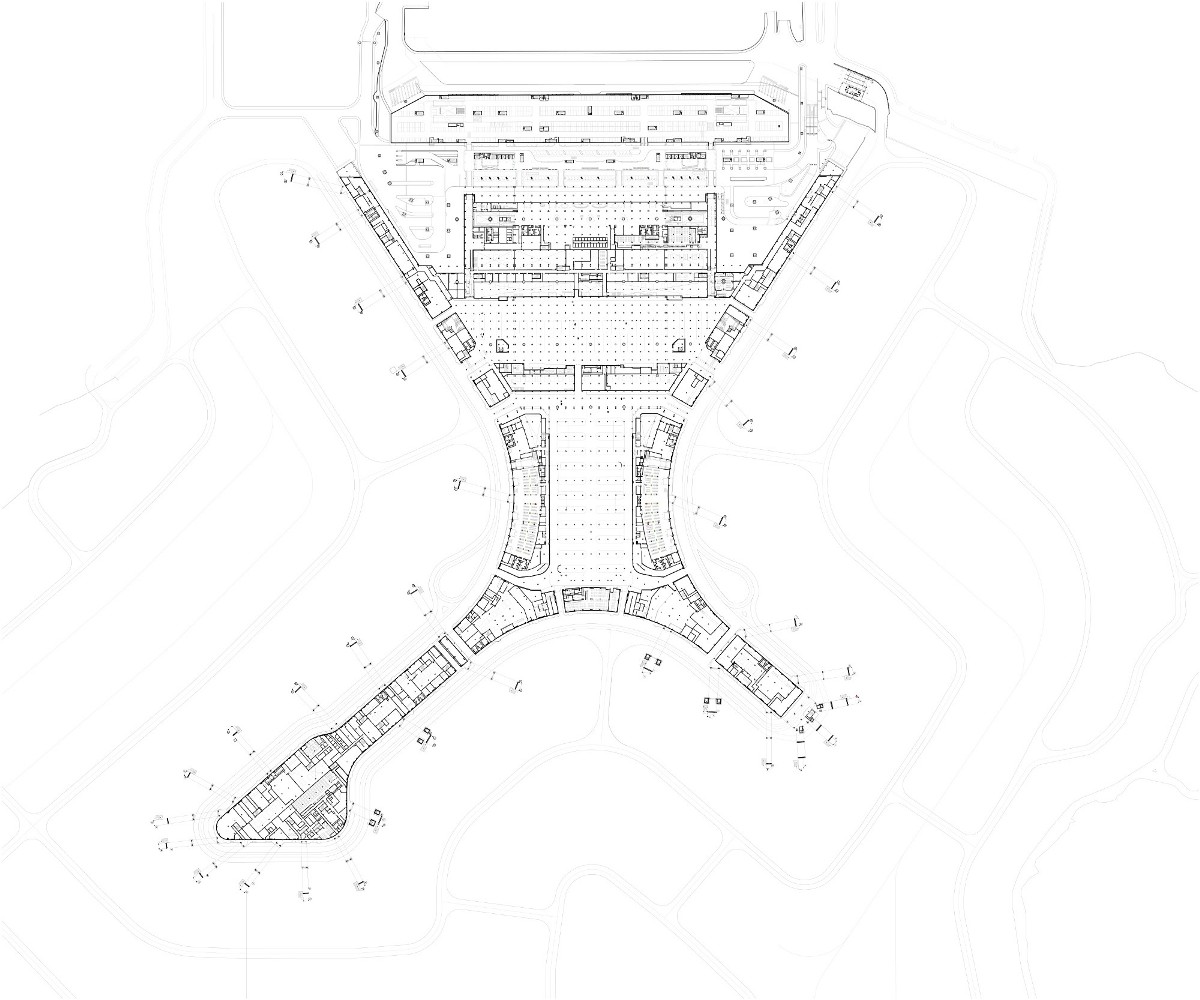 All images courtesy of SOM except where mentioned.