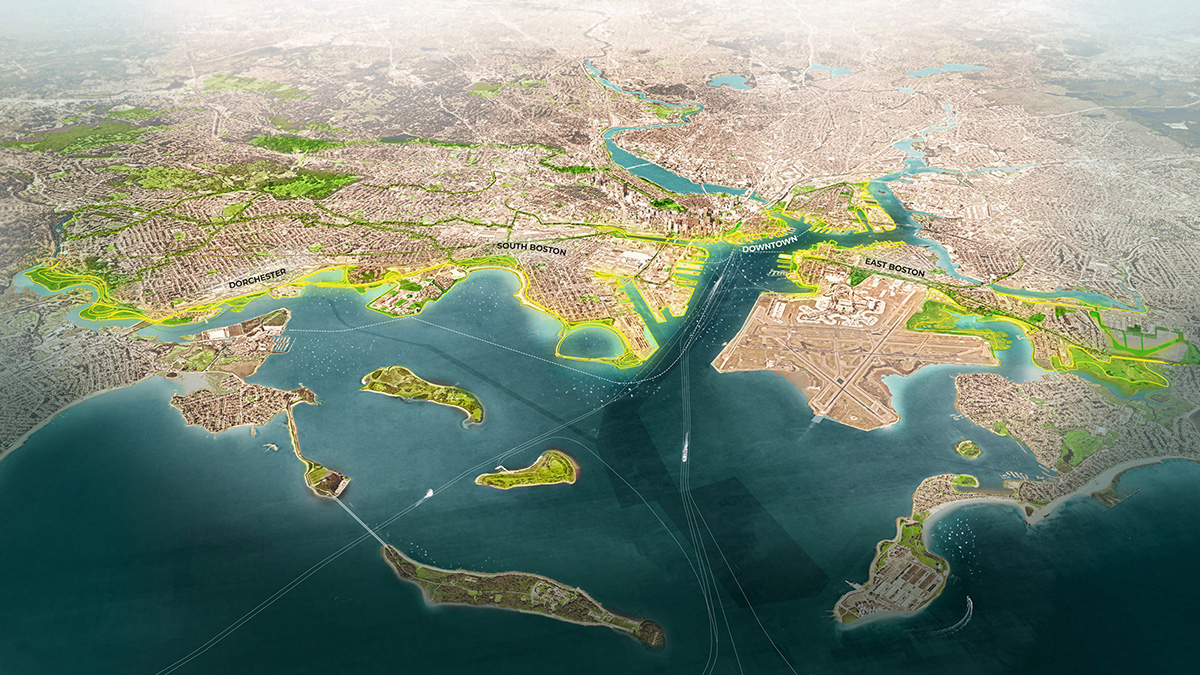 Instead of building sea walls, Boston is now opting for waterfront parks that welcome the tides in and pose less of a threat to local marine life. Inspired by Netherlands concept of "living with the water, rather than fighting it", Boston Mayor Martin Walsh announced that the city will add 67 new acres of green space along the water and restore 122 tidal acres. 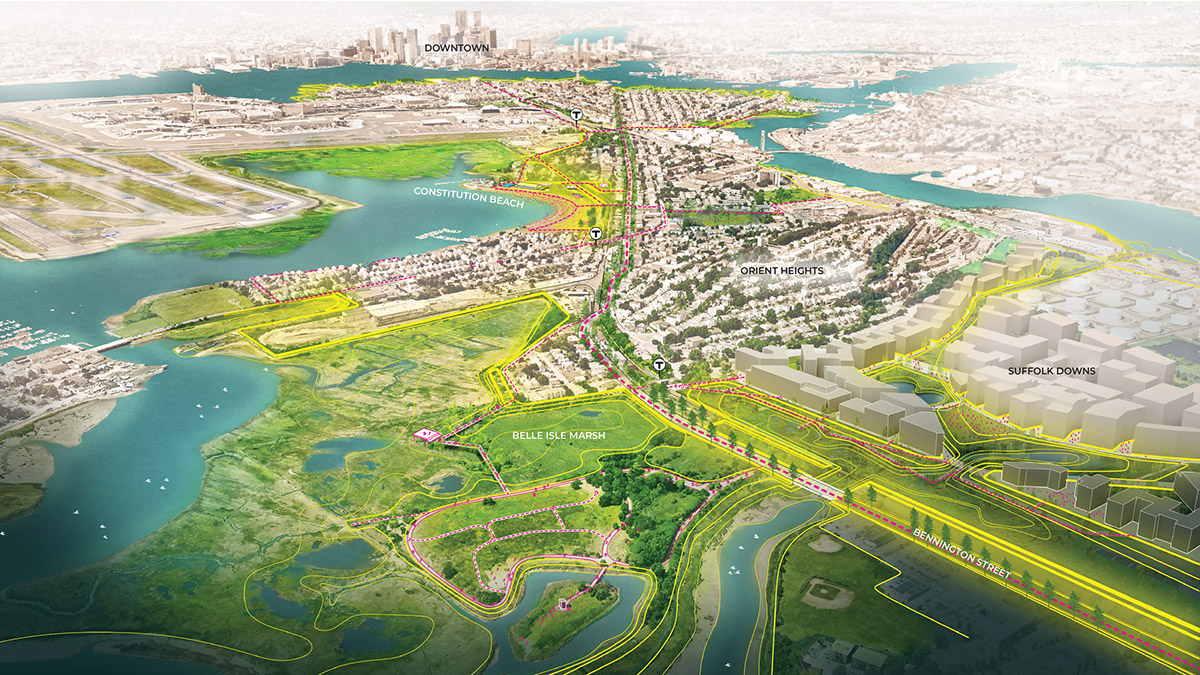 For East Boston, marshlands at Belle Isle will be restored to buffer the shoreline, with other new connections and access points marked by pink dashes.

The scheme is part of the Imagine Boston 2030 initiative while using the city’s Climate Ready Boston 2070 flood maps, targeting infrastructure along Boston’s most vulnerable flood pathways.

Towards the end of 2018, the Resilient Boston Harbor landscape and urbanism initiative appointed NYC-based urban design and landscape architecture firm, SCAPE Studio, to help improve the city's coastal defense in preparation for the effects of a warming climate. 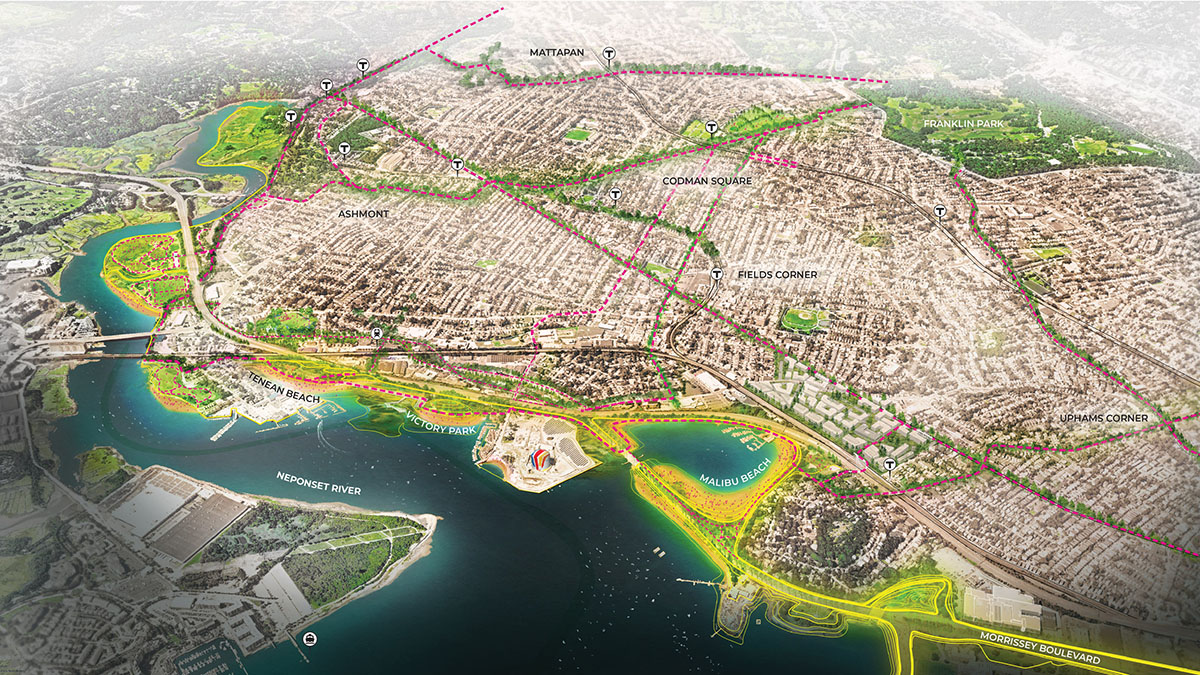 The design concept lays out strategies that increase access and open space along the waterfront while better protecting the city during major flooding. A selection of "at-risk" buildings will be raised and flood-adapted, while a series of elevated landscapes, pathways and protective parks will be constructed along the low-lying shore.

"This series of drawings reveal how ongoing neighborhood planning efforts could be stitched together with a new layer of parks, boulevards and recreational spaces that help absorb rainwater, buffer from storms, and connect all of Boston to more park and waterfront assets," said SCAPE in a statement. 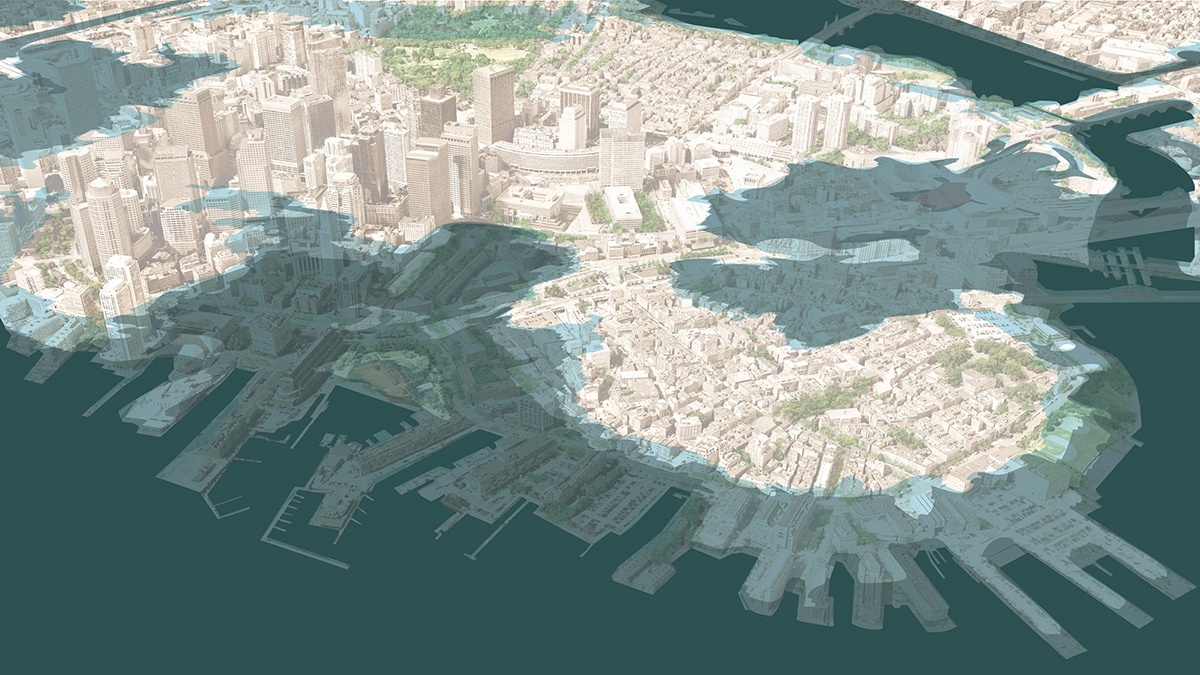 SCAPE has visualised how dramatic sea-level rise could affect Downtown Boston by 2070.

"We're not just planning for the next storm we'll face, we're planning for the storms the next generation will face. A resilient, climate-ready Boston Harbor presents an opportunity to protect Boston, connect Boston, and enhance Boston, now and for the future. As we enter a new era in our Harbor's history, Boston can show the world that resilience is not only the ability to survive adversity but to emerge even stronger than before. That's the promise of a Resilient Boston," said Mayor Martin J. Walsh in a statement.

Based on the design, Boston is divided into four main areas: North (Downtown), South, East and Dorchester.

North Boston will protect Boston’s financial center, historic waterfront, and tourist destinations. A series of parks including Christopher Columbus Park will be elevated to protect against flooding, as will the Harborwalk. The Long Wharf will be redesigned as a gateway for water transportation.

East Boston, waterfront parks will be redesigned to enhance flood protection, and improve access and recreation facilities. Restored marshes at Belle Isle will buffer the shoreline from waves and storm surge.

South Boston plan identifies flood pathways to the city’s key residential districts, with responses including a re-envisioned Fort Point Channel, and the completion of the Emerald Necklace from Franklin Park to Moakley Park to increase waterfront access. Meanwhile, the Dorchester Waterfront will be redesigned to be resilient, accessible, and connected to the city. 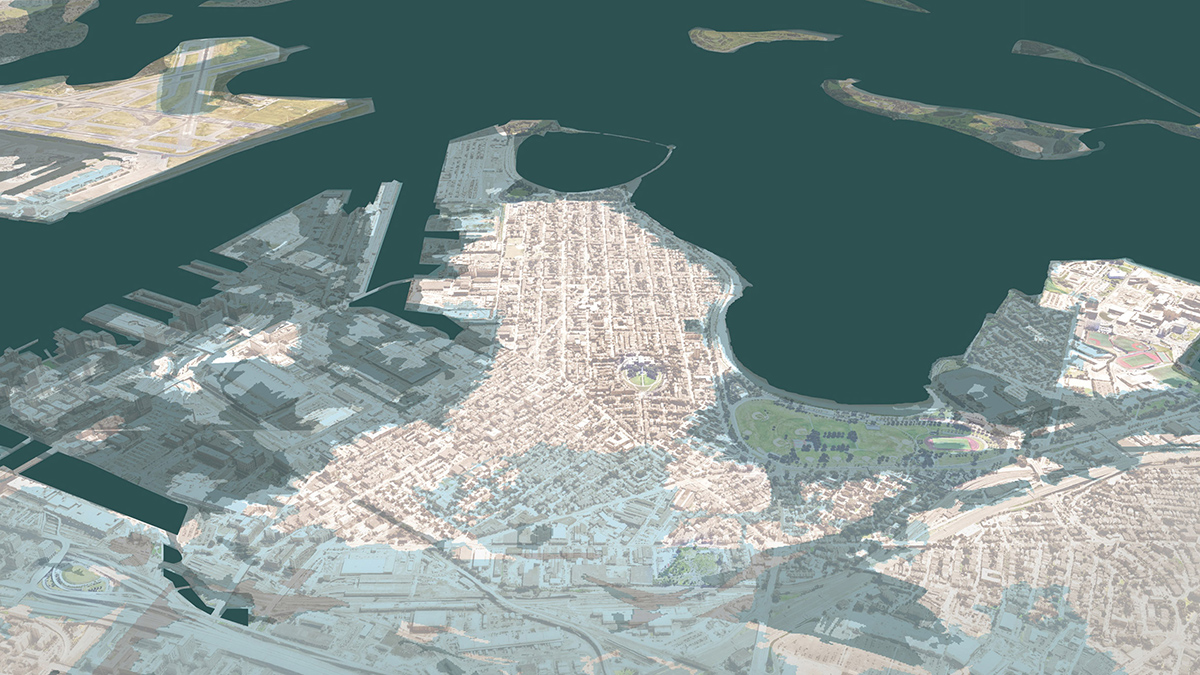 South Boston would also be severely affected if sea levels are to rise 40 inches during a rare storm.

Another set of diagrams of a worst-case scenario show a significant amount of Boston underwater by 2070, based on a sea-level rise of 40 inches during a storm with a one percent annual chance. In addition to the Resilient Boston Harbor plan, Mayor Martin J Walsh announced on 19 October 2018 that the city plans for all Boston residents to have a park within a 10-minute walk from home.

> via City of Boston