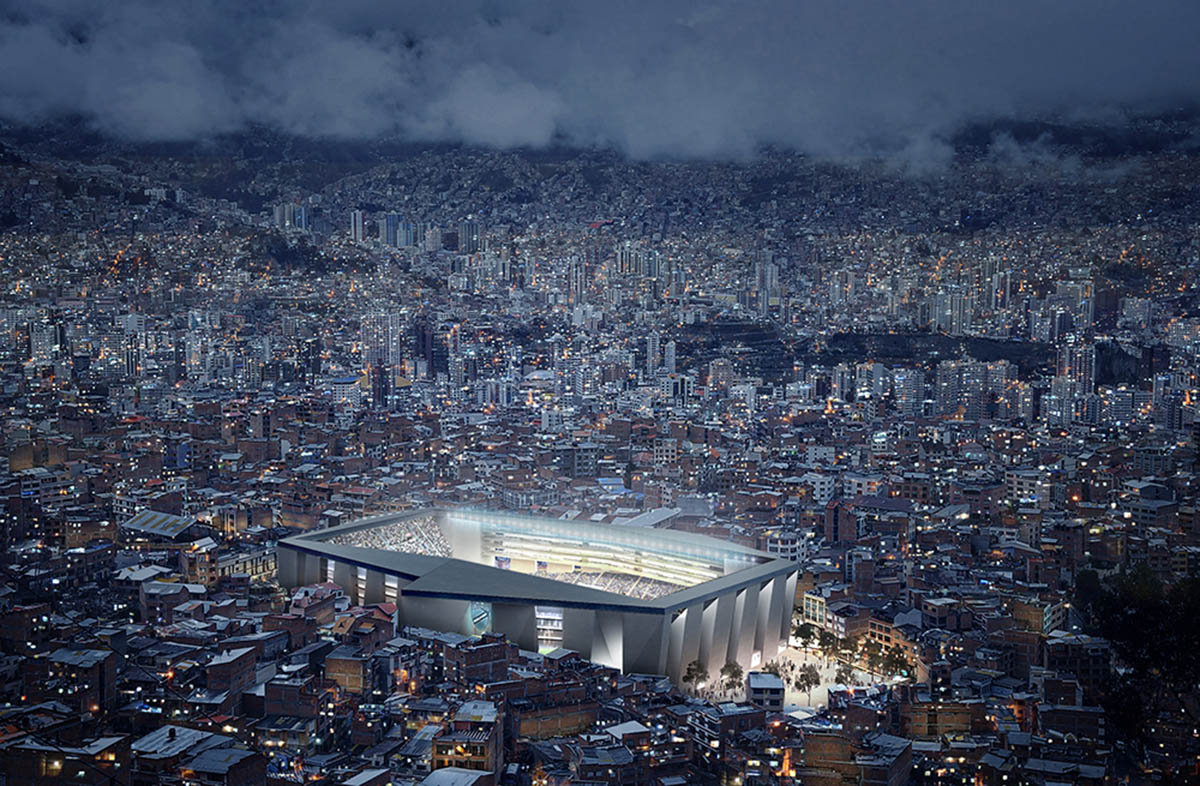 Home to football Club Bolívar, the Bolívar Stadium design proposed by L35 Architects was selected following an international competition organized in 2021 by the club and its partner City Football Group.

Located in the historic Tembladerani neighborhood of La Paz, the new stadium is being built by using the remains of the former Simón Bolívar Liberator Stadium in the neighborhood.

The new stadium's capacity will allow it to host matches from the Copa Libertadores and Copa Sudamericana up to the round of 16 and quarter-finals. The stadium will have up to 20,000 seats. 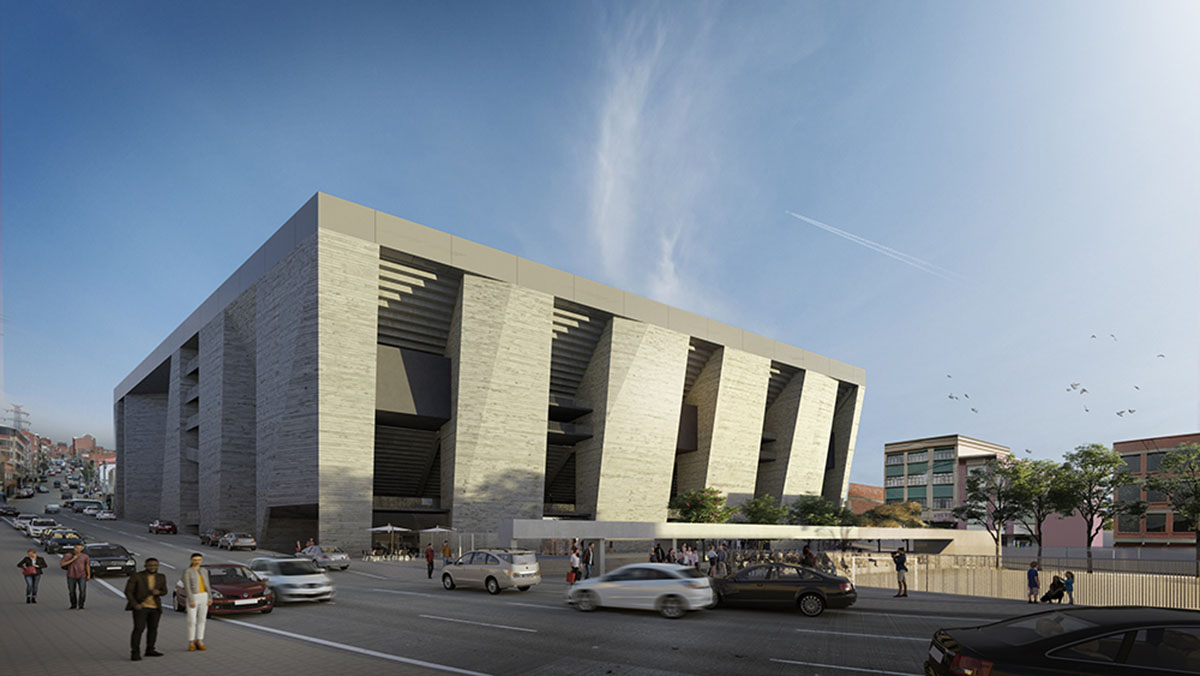 As if it were a Greek temple, the Bolívar stadium will be made with a single material and will show a bare structure of massive pillars, arranged in a constant rhythm of full and void, forming a monumental volume, which is however permeable, open and connected to its sorroundings. Image© L35

Targeting the capacity in only 16,000-square-meter area, the new stadium is made of massive concrete pillars and drawn on an irregular geometry in which the irregular shape of the plot determines the whole volumetry of the building. Thanks to the stadium's irregular structure and ingenious solution, it raises the field and the stands 3 meters above their current level.

According to the studio, those concrete massive pillars will be one of the most powerful features of its identity.

Besides its main stadium function, it will host concerts and will have restaurants, shops and events rooms that will extend the building's activity beyond match days.

Desrcribed as a prominent structure, and almost a temple, the structure is formed by a series of massive pillars, is aimed to be a landmark in the urban fabric of La Paz, while favoring the connection of the new stadium with its surroundings. 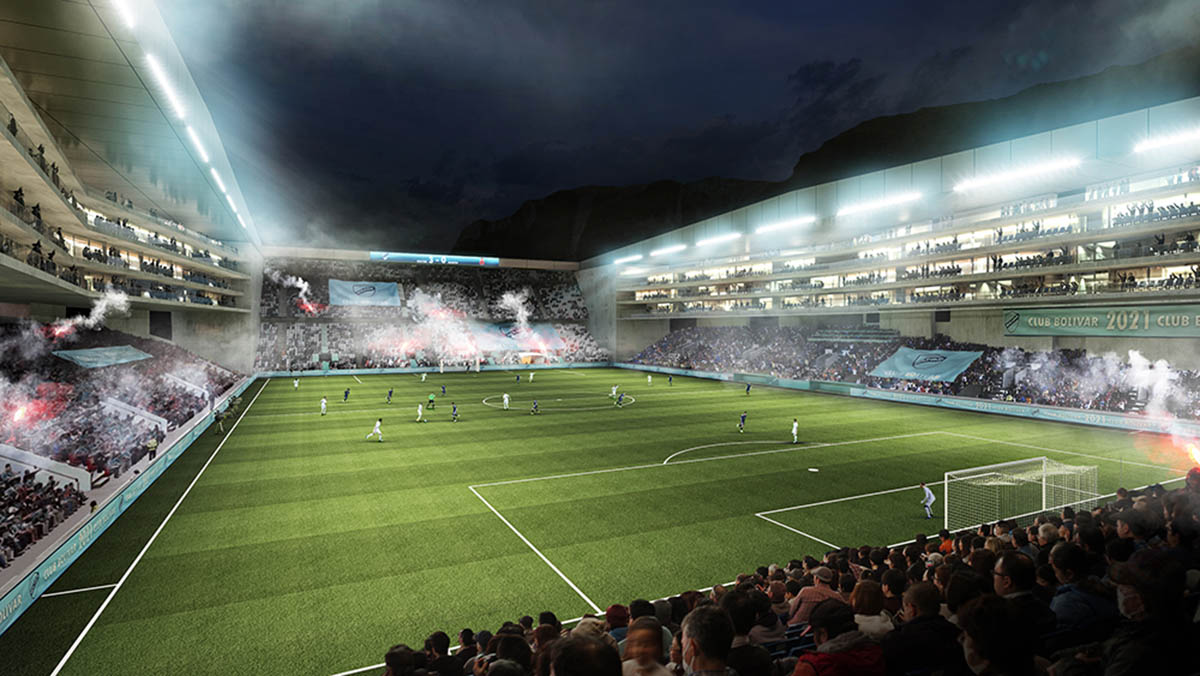 3D visualization of the concept with which L35 won the competition for the design of the future Bolívar stadium in La Paz, Bolivia. The steep bowl of the future Bolívar stadium, with little distance between the seats and the limits of the field, translates into an enormous presence of the stands on the field, excitement for the local players and pressure for the rival team. Image © L35

Located on one of the slopes that ascend to the neighboring city of El Alto, the Bolívar stadium is surrounded by a dense urban fabric, with steep slopes, which unfolds like a homogeneous urban tapestry across the valleys and hills of La Paz.

Tembladerani, the neighborhood in which the building is located, projects a strong identity and the characteristic image of La Paz with its exposed façades, which reveal the concrete structure and brick walls, as well as its large openings, does not go unnoticed.

"The urban impact of a building with these characteristics requires internalizing the environment and adapting to the scale of the place," said Guillermo Gusó, L35 architect and member of the architectural design team.

In line with the "genius loci" of La Paz, L35 Architects conceived a stark stadium, which has no other façade than its own structure.

The new staidum will be built from concrete, and according to the firm, "it is enough both to support the stadium and to be molded as a façade, projects an honest and resounding image over the city."

"On the other hand, the appearance of the exposed concrete suggests a certain timelessness, while the textures of the formwork give it warmth and bring it closer to the human scale," the studio continued. 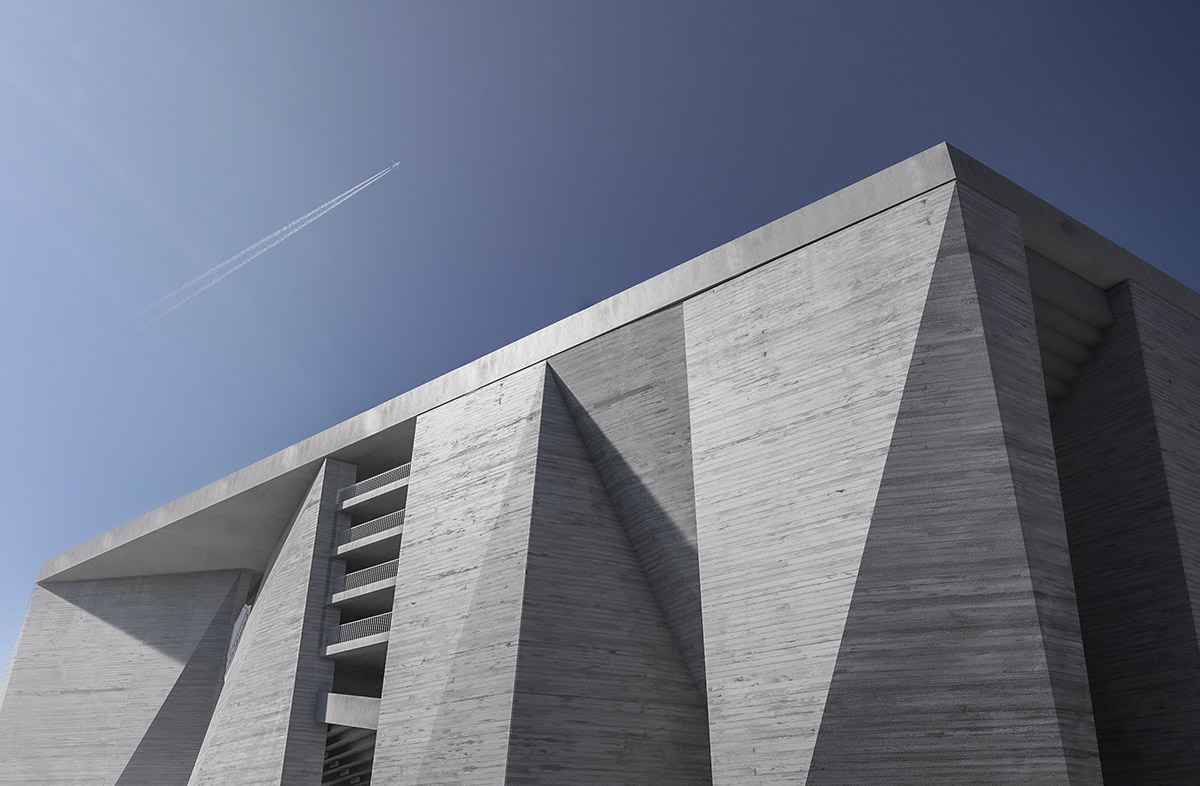 Conceived as "a timeless architecture", the studio is inspired by classical architecture, as if it were a Greek temple. The Bolívar stadium will be made with a single material and will show a bare structure of massive pillars, arranged in a constant rhythm of full and void, forming a monumental volume, which is however permeable, open and connected to its sorroundings.

The Bolívar stadium seeks to project an urban landmark of reference for the club and for the neighborhood.

"The goal is to achieve a powerful image that stands out without stridency in the La Paz landscape while integrating with its surroundings," the studio added.

"The result will be a timeless architecture free of artifice, which can maintain its architectural validity over time."

Due to its irregular geometry, difficult topography with a steep slope between one end and the other. The design encounters with the street at different heights, a dense, consolidated urban context brimming with activity, with the purpose of optimizing resources and the objective of a sufficient capacity to host matches of the Copa Libertadores and the South American Cup.

"The concrete structure itself resolves the image of the building, too and this allows it to be adapted to the tight construction budget," said the firm.

"And, taking advantage of the unevenness along the perimeter, independent accesses are gained to serve the different users of the stadium as well as two road accesses, one to the new parking lot under the pitch and another to a higher level with direct access to the field."

In order to achieve the target capacity in only 16,000-square-metre area, the field and the stands are raised 3 meters above their current level, thus doubling the footprint under the stands, while improving accessibility around the stadium. 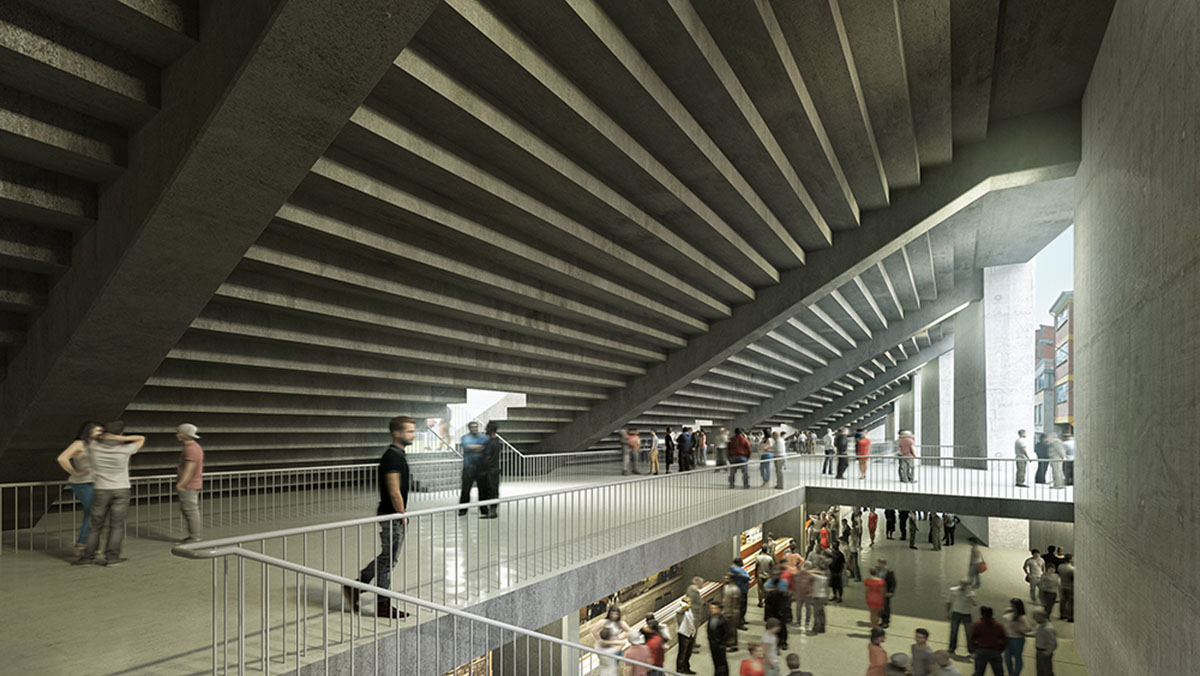 To maximise capacity in only 16,000m2, the field and the stands are raised 3m above their current level, thus doubling the footprint under the stands, while improving accessibility around the stadium. Image © L35

The adaptation of heights allows opening accesses for the general public in the free spans around the entire perimeter, which is essential in an urban stadium where the circulation and dispersion of the public is so necessary.

While the openings on the façade allow access to the interior, the solid parts house the vertical connections. The concrete massive pillars collect the structure two by two and support the stands, slabs and roof. The overlap of the stands and boxes on the lower grandstand is key to reaching the target capacity and a powerful structure is required from which these elements can hang.

On both sides of the future Bolívar stadium, the boxes completely fly over the lower stand, presenting an atypical arrangement, more similar to a theater, overflowing towards the pitch.

The result is a very steep bowl configuration, with little distance between the seats and the limits of the field. The effect that is achieved is an enormous presence of the stands on the pitch, excitement for the local players and pressure for the rival team. 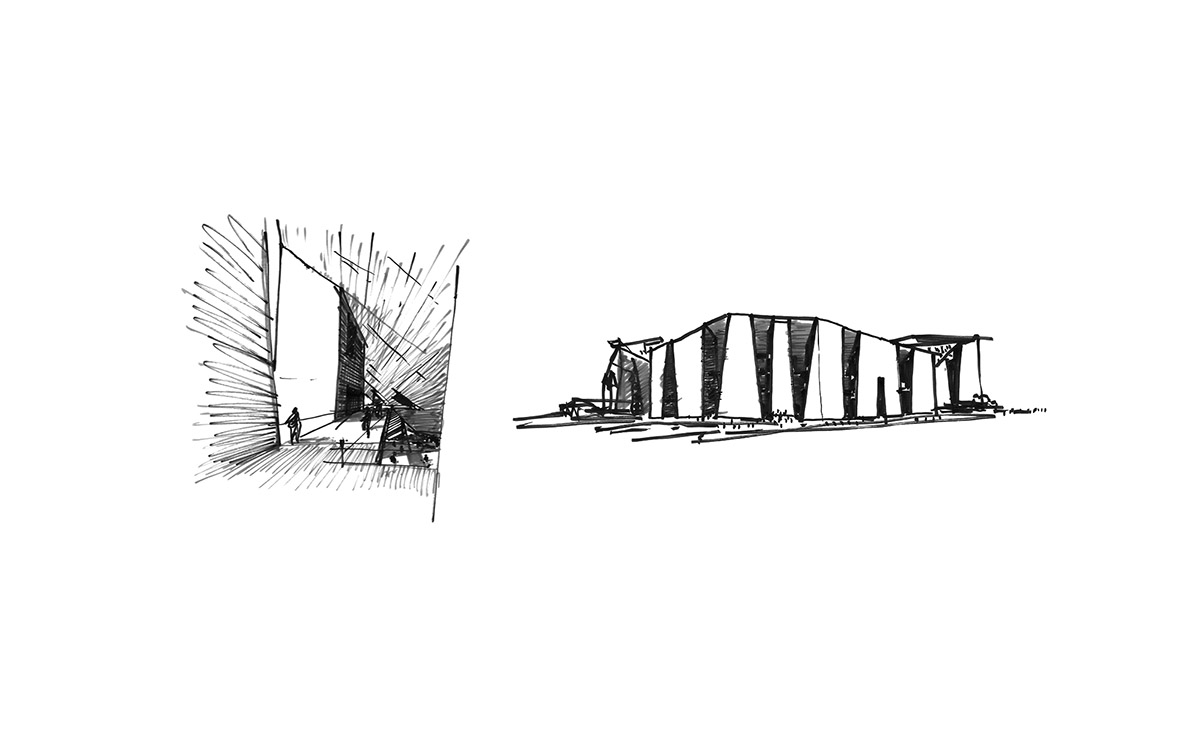 "It is key to create an emotional link between members and fans with their stadium and the architecture must support it. A stadium is a landmark in the city. Transcending the scope of the club, it should aspire to becoming an icon of La Paz and the Bolivian football," stated Alejandro Barca, partner architect of L35 and project director.

The design concept of the new La Paz stadium has not only sought to achieve a functional, safe building with notable aesthetic values, but it has also aspired to provide the building with character and expressiveness that communicate emotions; a “soul” with which the fans of Club Bolívar can connect.

The image that the building projects has a monumental and timeless character, with its roots deep in the context of La Paz, but at the same time, it is permeable and open to the city.

Construction for the new Bolivar Stadium is expected to be completed in 2025. 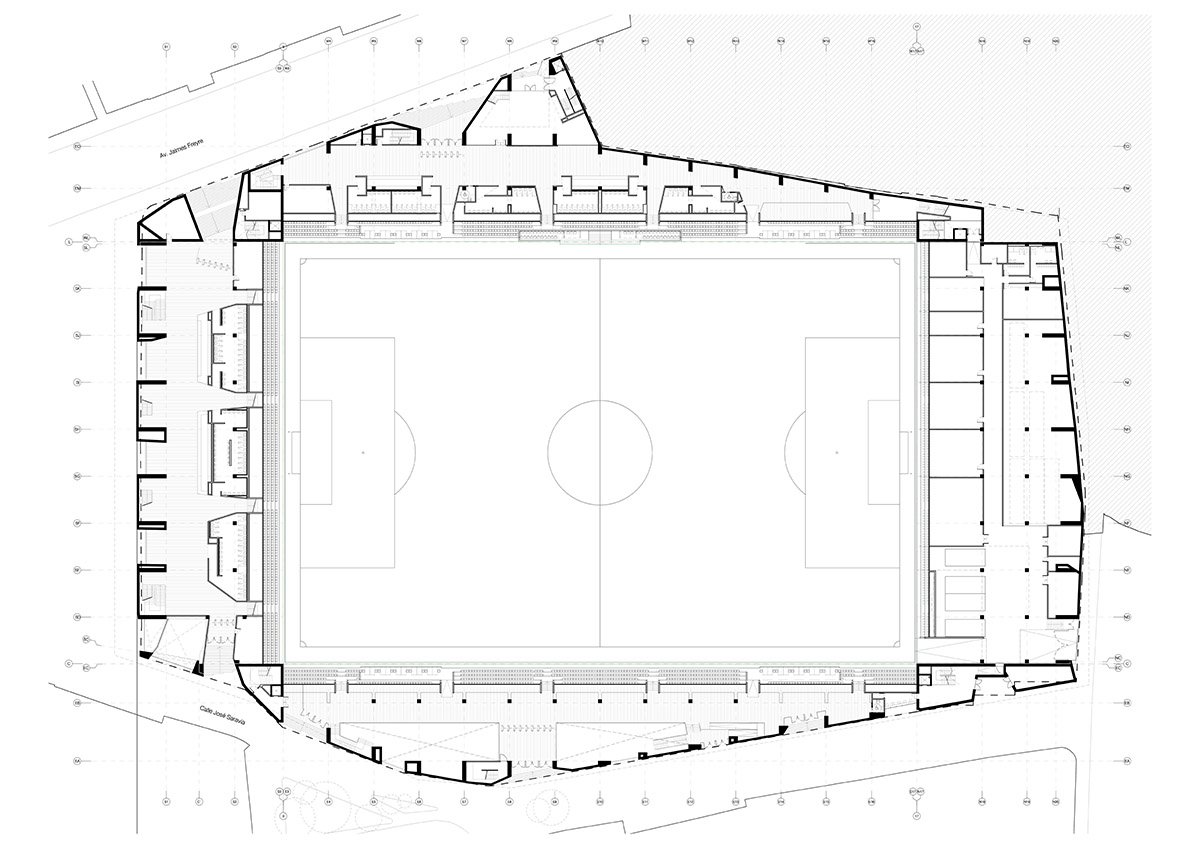 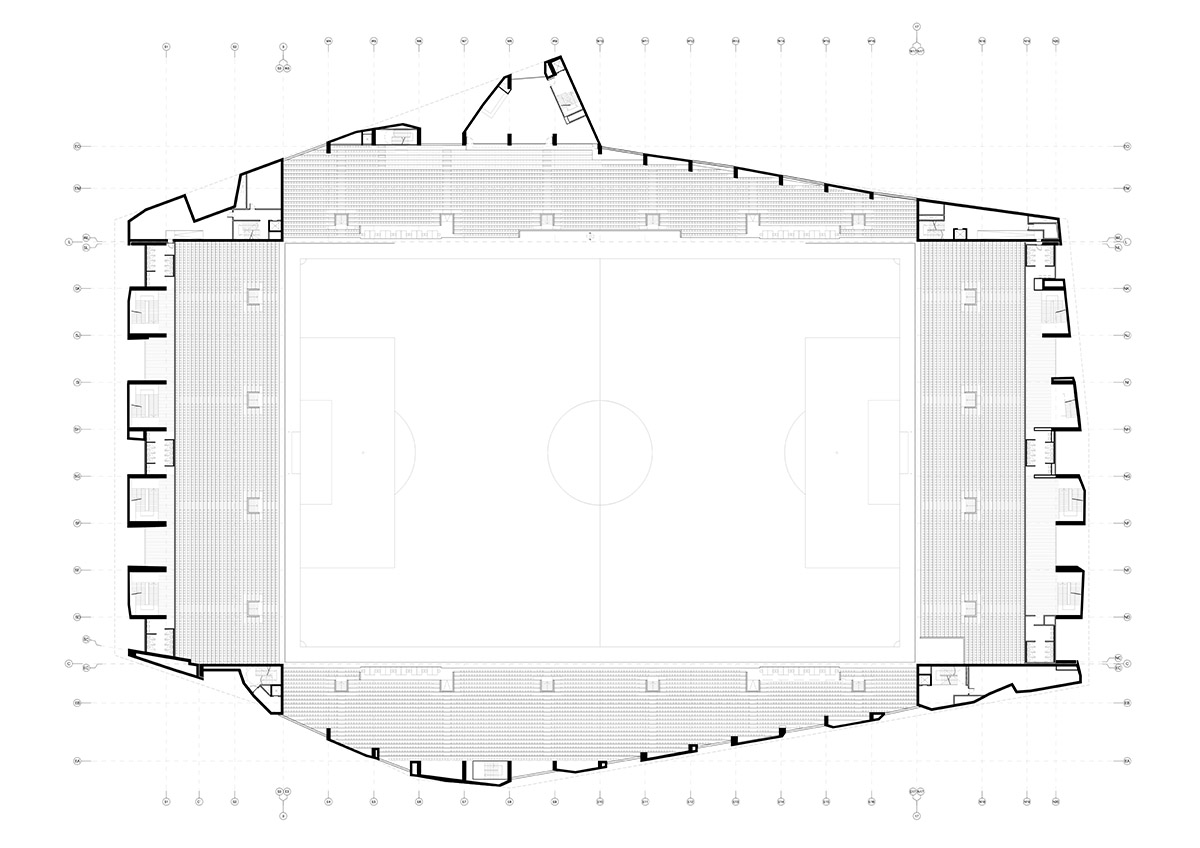 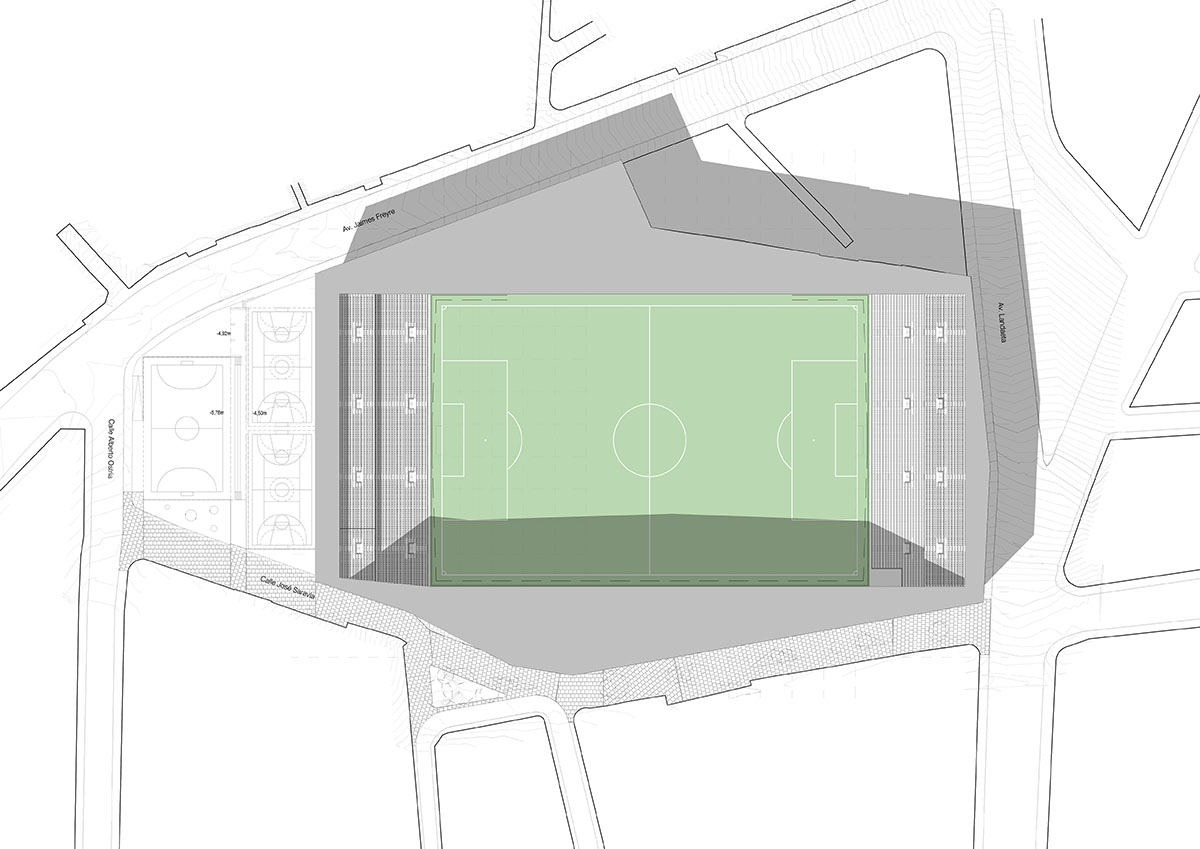 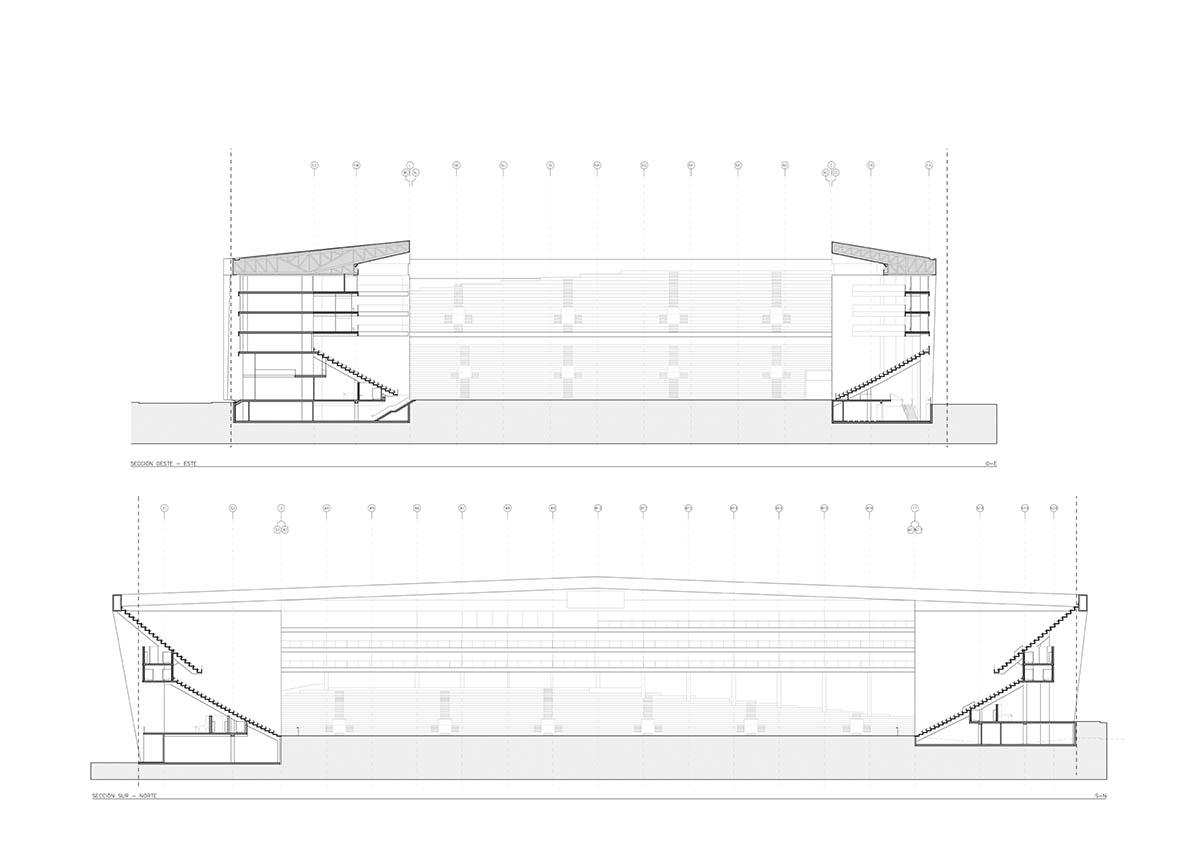