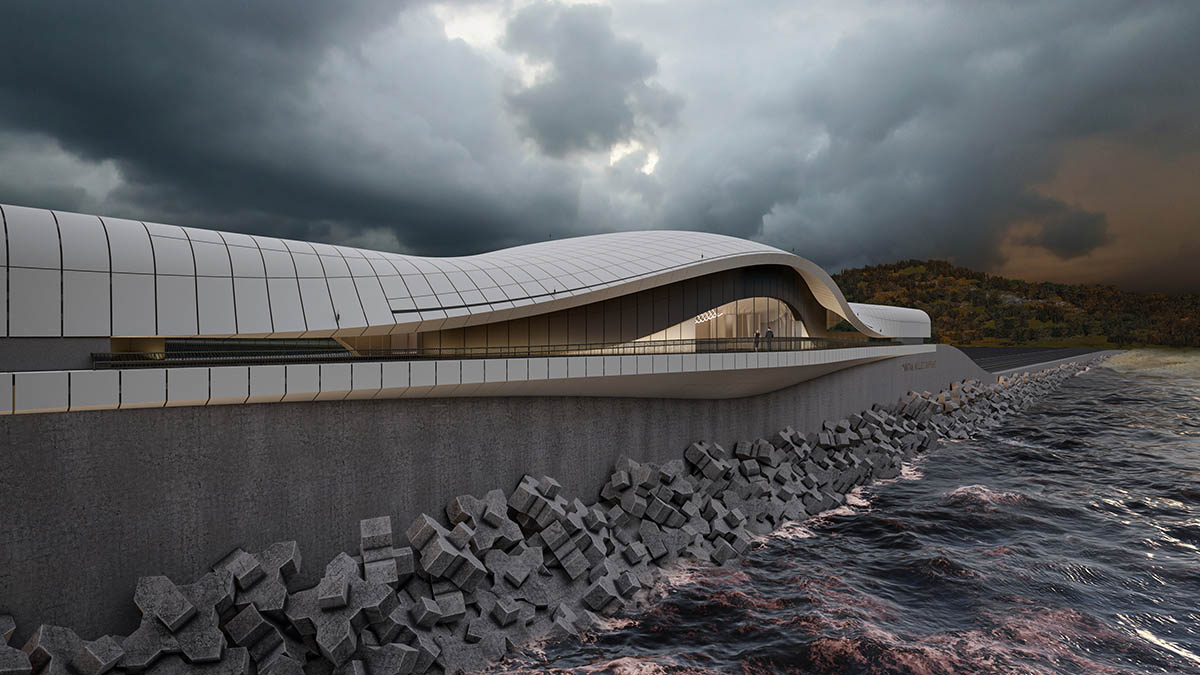 The new headquarters, which looks like "an open eye" stuck between two fluid volumes between land and sea, is designed by Melike Altınışık Architects – MAA in Zonguldak, the Black Sea region of Turkey.

Called TPAO Headquarters, the building, currently under construction at site since June 2022, will be the new headquarters of Turkish Petroleum A.O (TPAO), a national petroleum and natural gas company in Turkey.

Encompassing a total of 3,270-square-metre area, the building will consist of workspaces, main meeting spaces and an observation space for both employees of the company and visitors in the neignborhood. 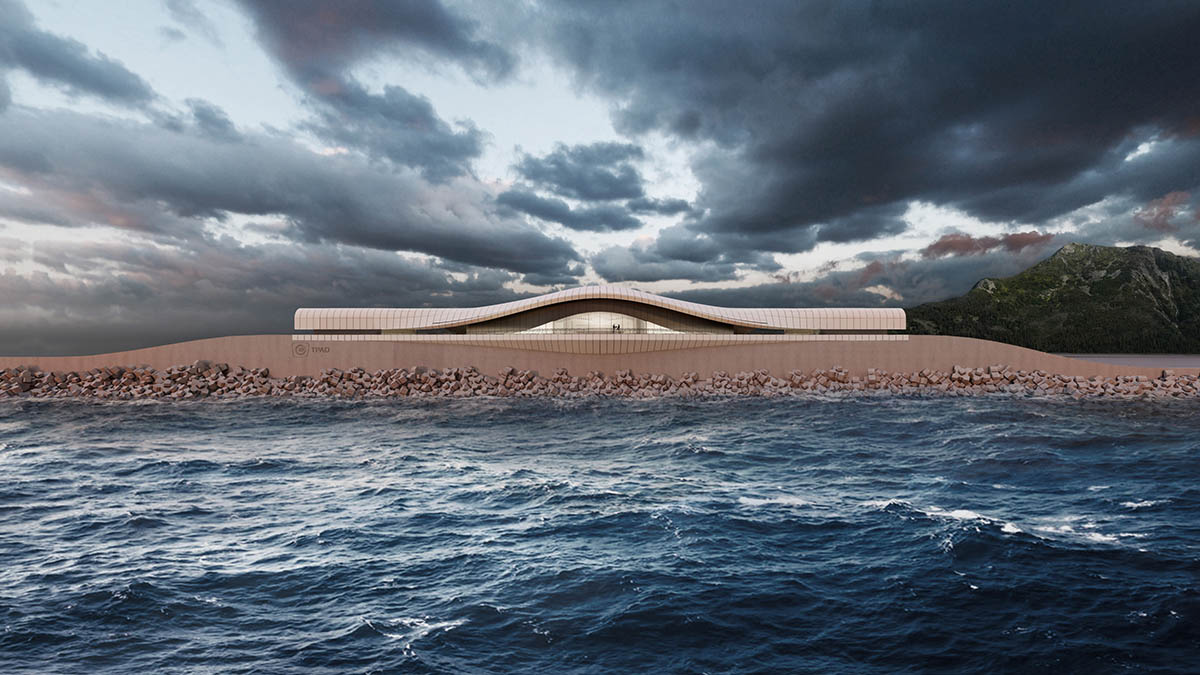 Melike Altınışık Architects – MAA, led by Melike Altinisik - who is behind the 369-meter-tall futuristic Istanbul TV and Radio Tower, takes cues from the contextual parameters and the location of the plot.

Located in an area where the Filyos river flows into the Black Sea, which was named Billaius in ancient times, acoording to the studio, the area is the most crucial point of the western side of the Black Sea coast connecting with the inner regions.

The new building, situated within the Filyos Port area, will incorporate office spaces for TPAO, while also becoming an observation space on the verge of the breakwater wall. 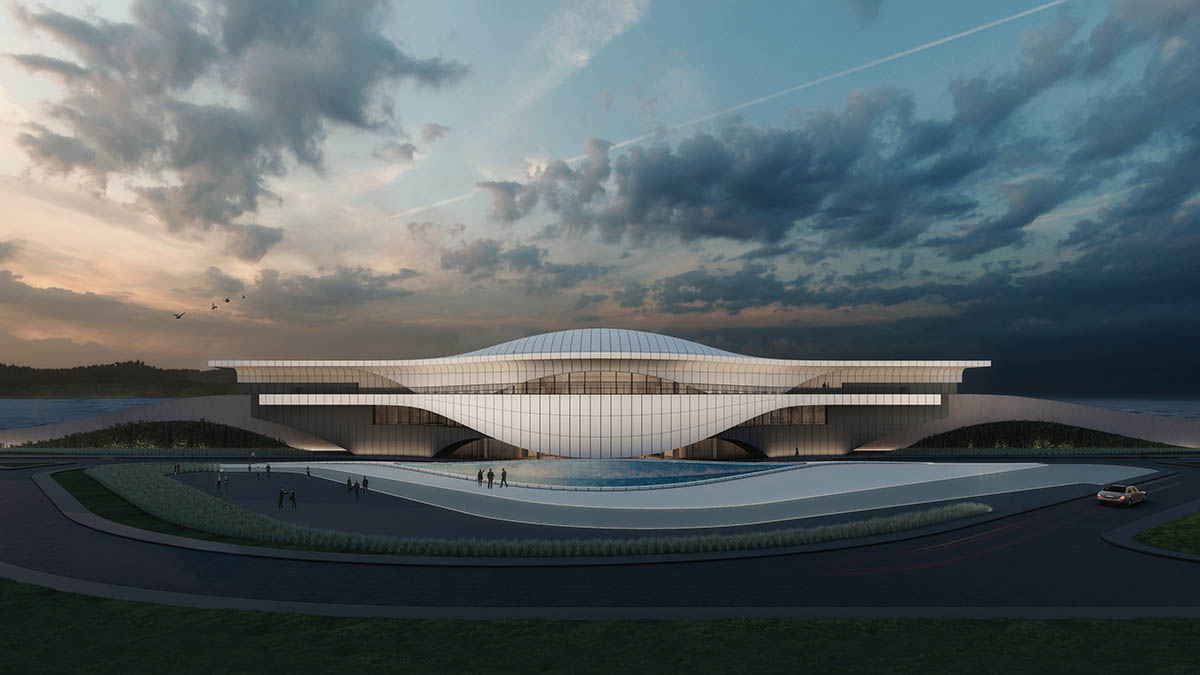 "In terms of the architectural design approach, the new headquarters is defined as a threshold where the borders between land and sea, between past and future, between history and technology melts into each other at the western edge of Filyos Port," said Melike Altınışık Architects – MAA.

"The building’s design aims to transform the existing breakwater wall, which is a spatial conjunction between time and continuity, into a new interface space that is 110 meters wide and 30 meters deep."

The team believes that the building will act as "an interface space establishing a bridge between the history, nature, and technology, where the borders become spatial and gets blurred the relationships between spaces," the studio added. 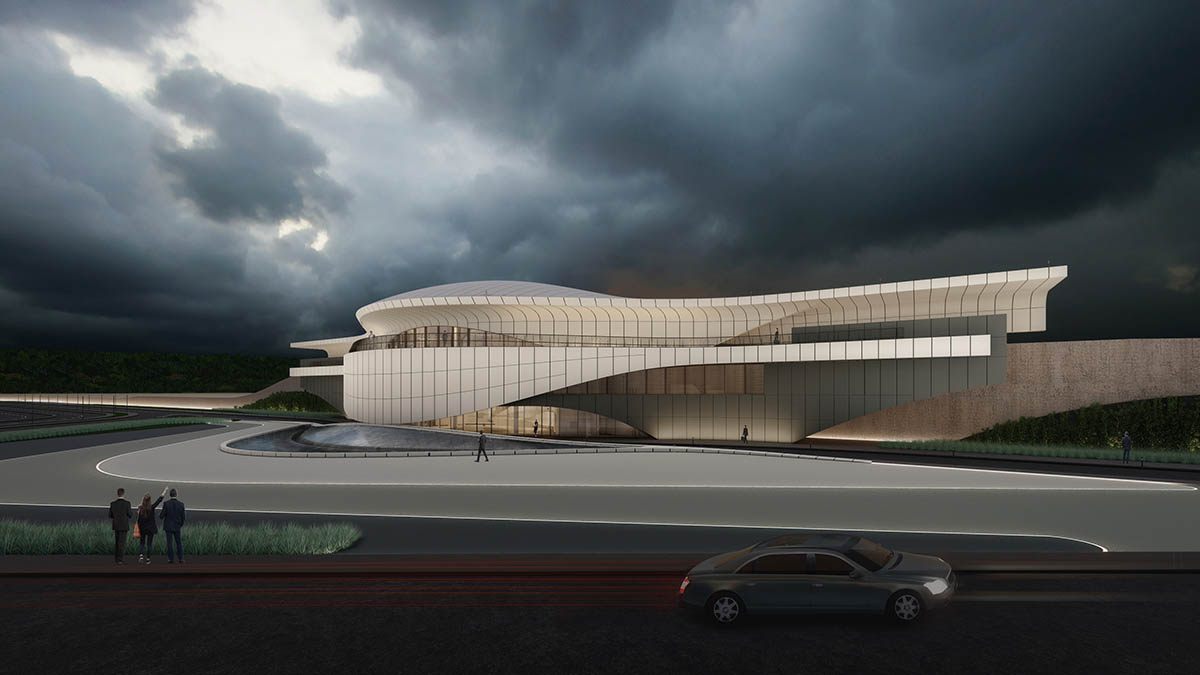 While the building is perceived as an open eye in between two elongating volumes when viewed from the sea, it appears as a larger volume on the street level. 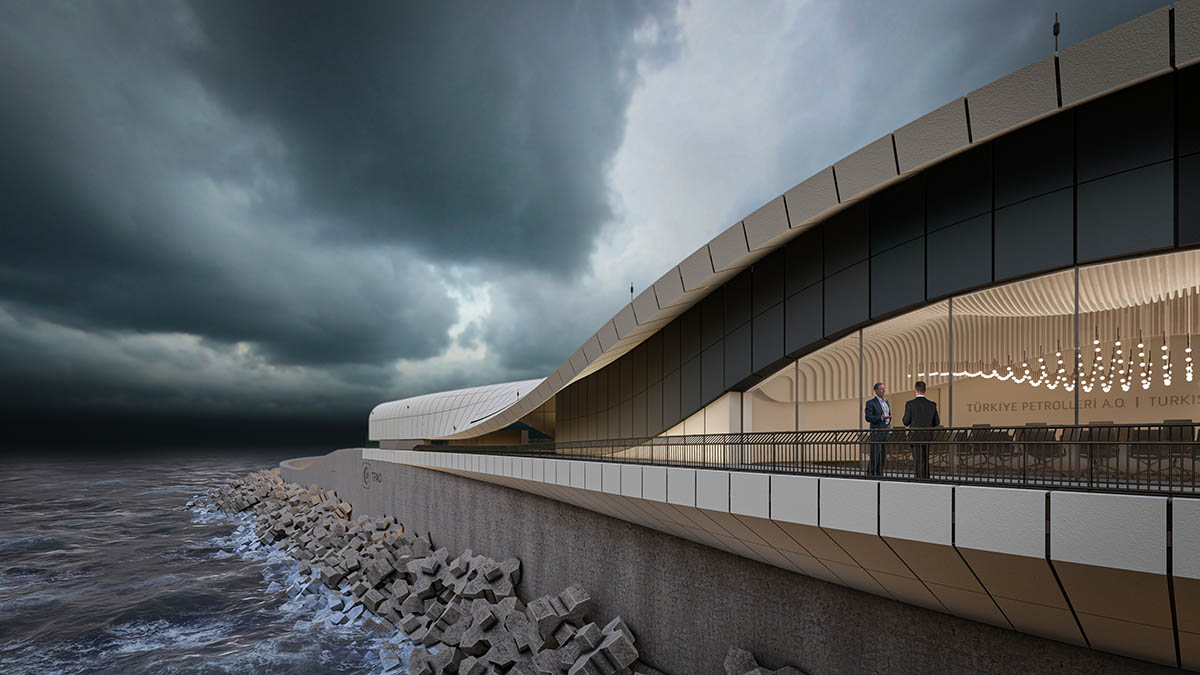 A series of workspace units will support the main meeting spaces and observation spaces. According to MAA, "this observation space is more than a sudden definition, it discusses its reflection on the spatial and behavioral geography of the region through several routes."

The team at MAA has raised the existing 4.5-metre tall breakwater wall up to 9 meters where the highest elevation point of the building reaches up to 17 meters. 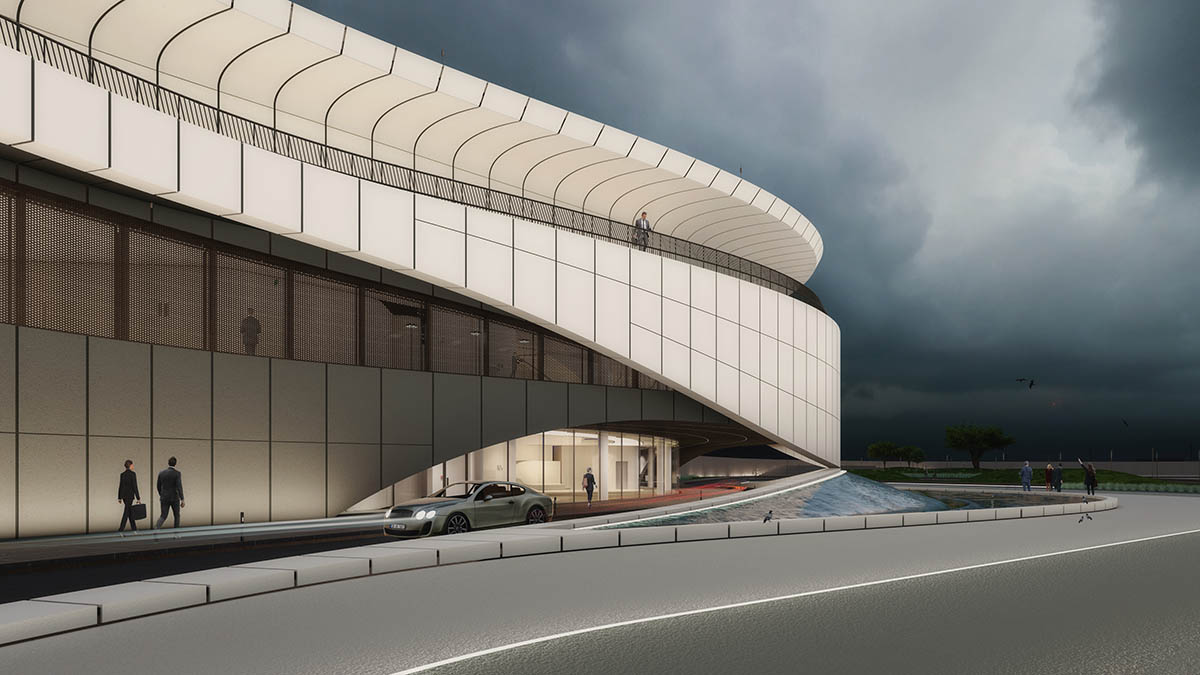 The building will have three floors in total. Shared spaces will be arranged on the ground floor, consisting of main entrance, information-lobby, kitchen, technical area, and support volumes.

A two-floor-height grand atrium will be at the center of the building, which will create visual and circulative connections between all spaces. The main floors will be dedicated to offices, meeting rooms and observation facilities. 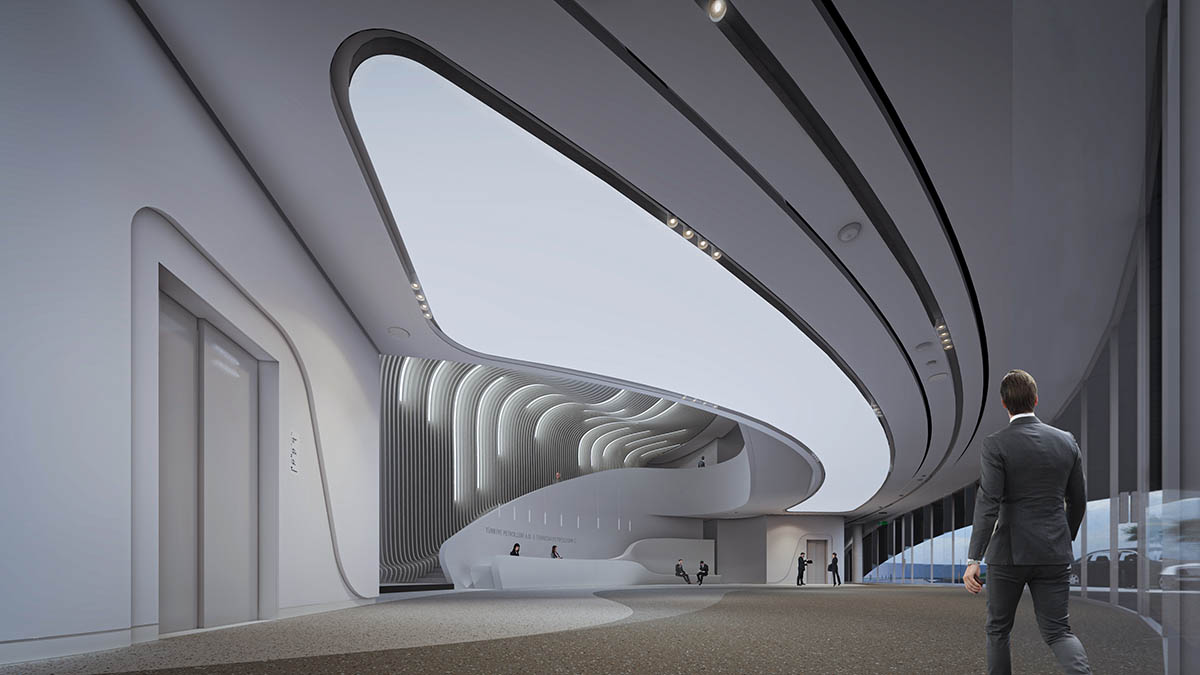 VIP Meeting Hall, serving up to 50 people, is designed on top of the main atrium space as if it is hanging structure on it. Besides the VIP Meeting Hall, a big foyer and an observation terrace area are located on the second floor.

Through observation terrace areas, visitors will be able to experience the harbor area 360 degrees from the second floor of the building. 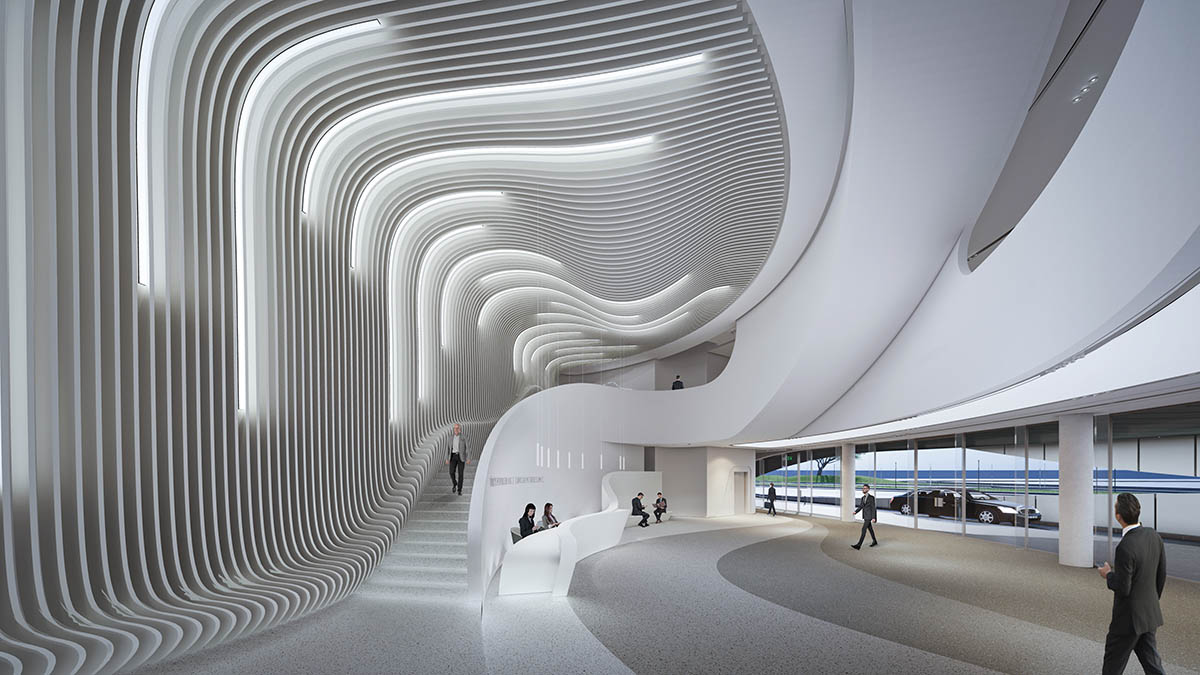 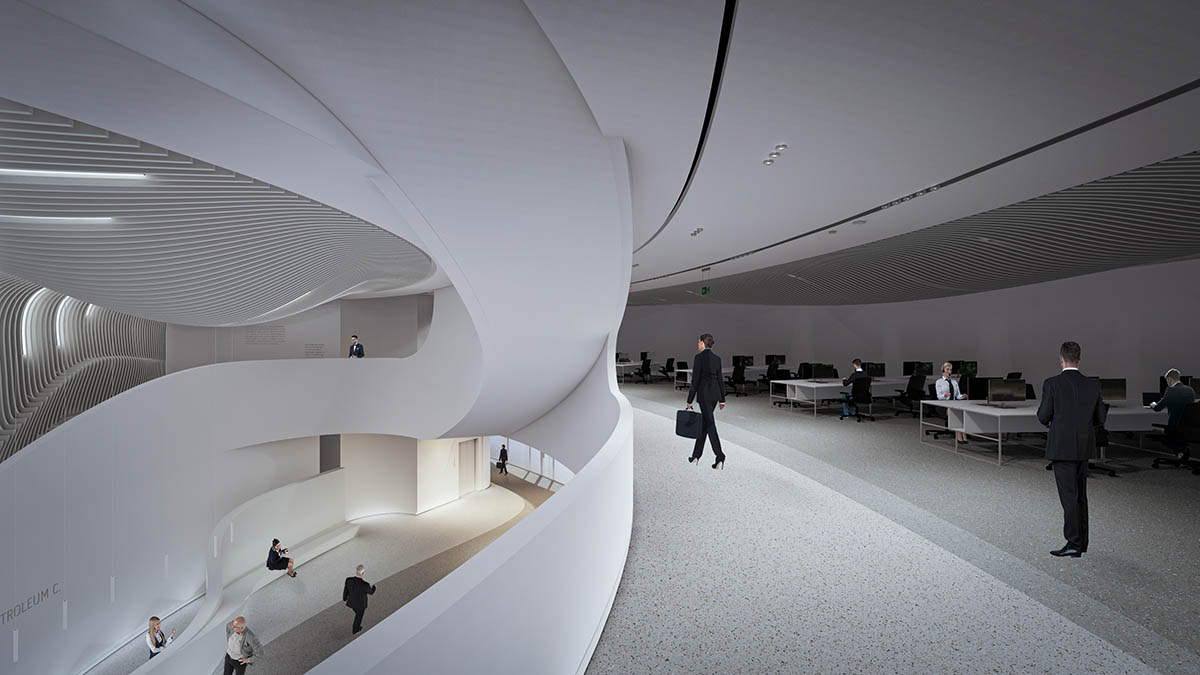 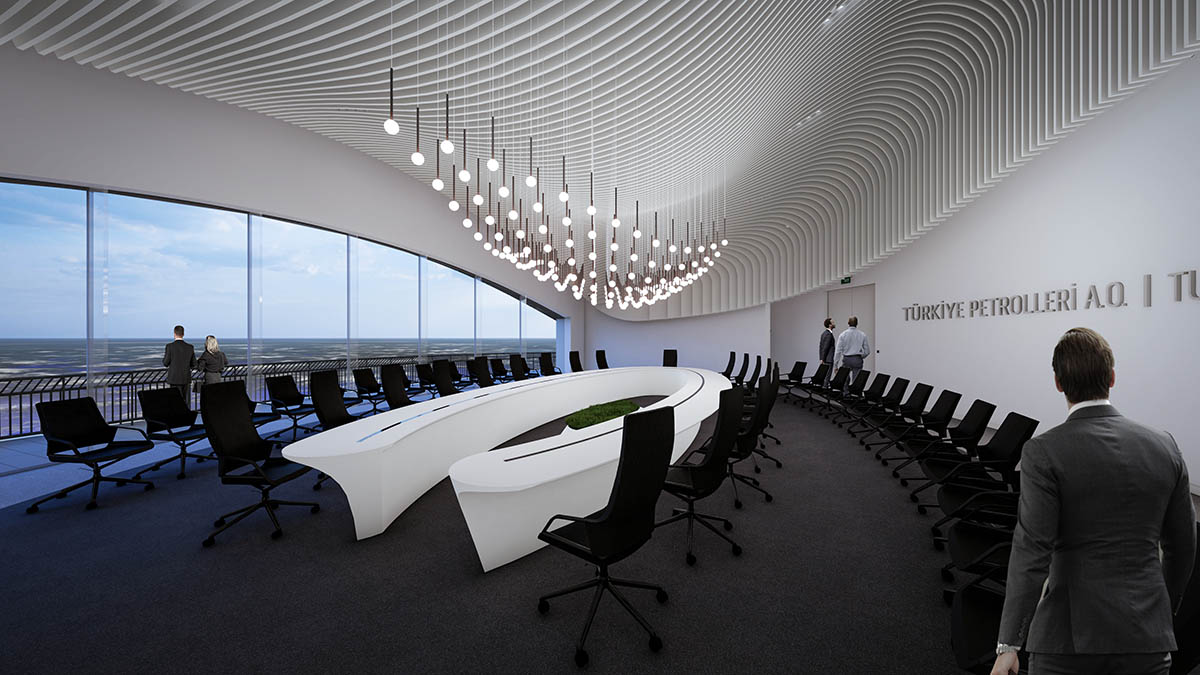 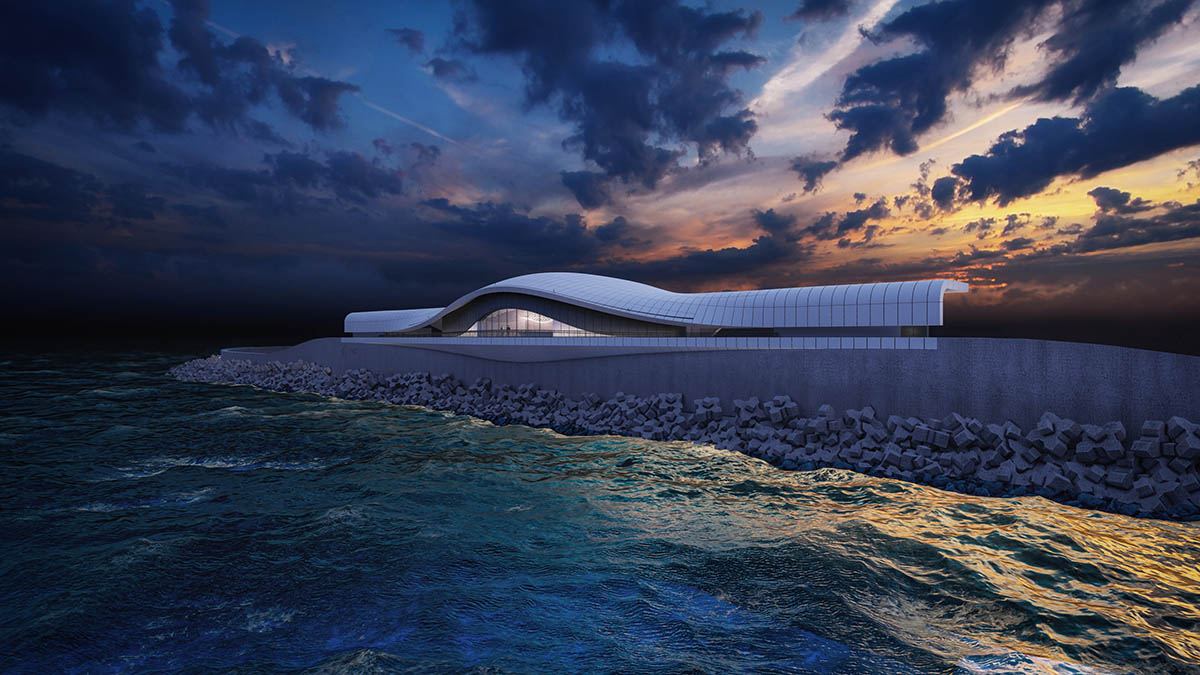 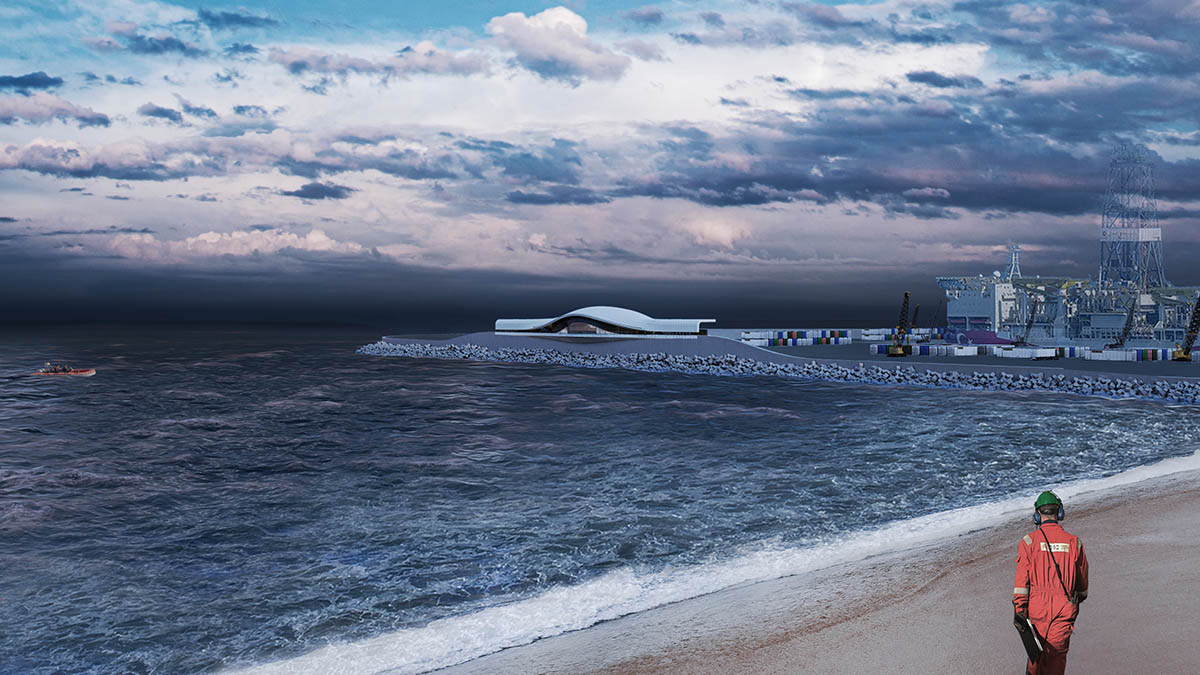 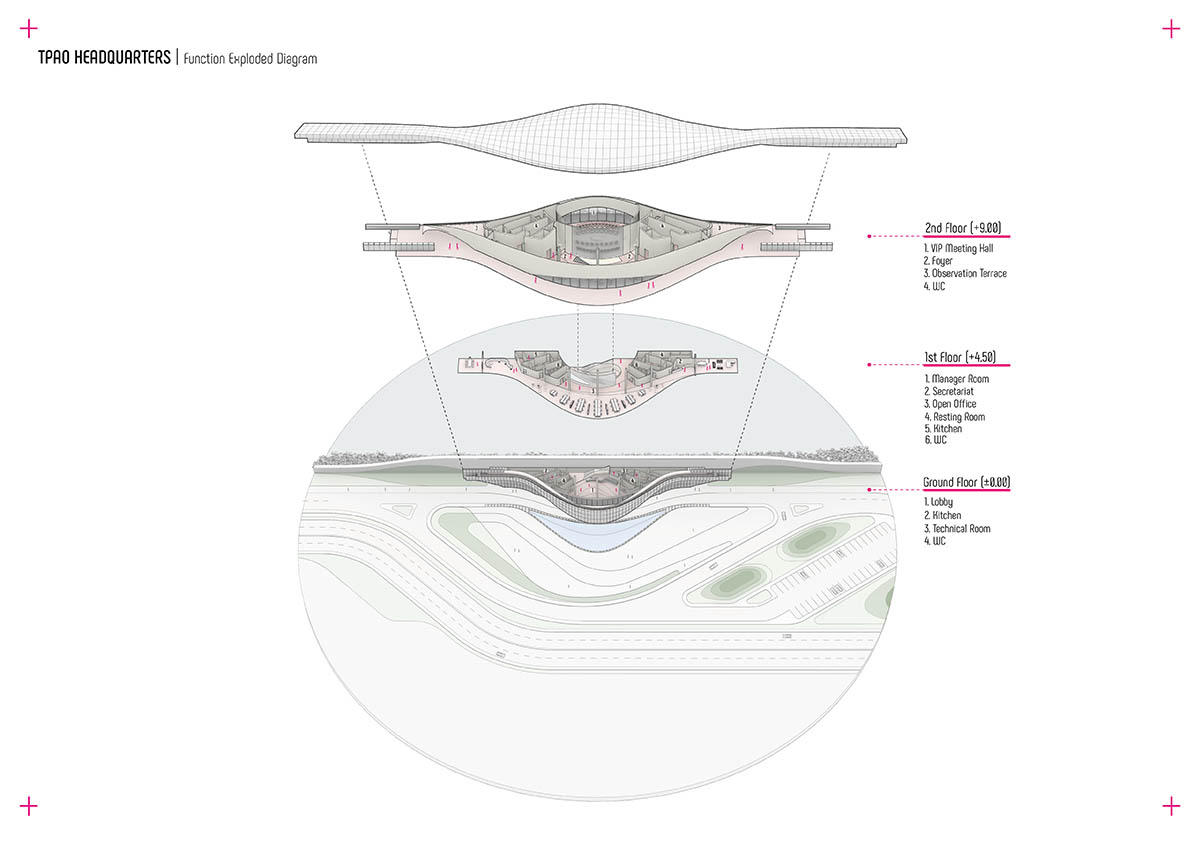 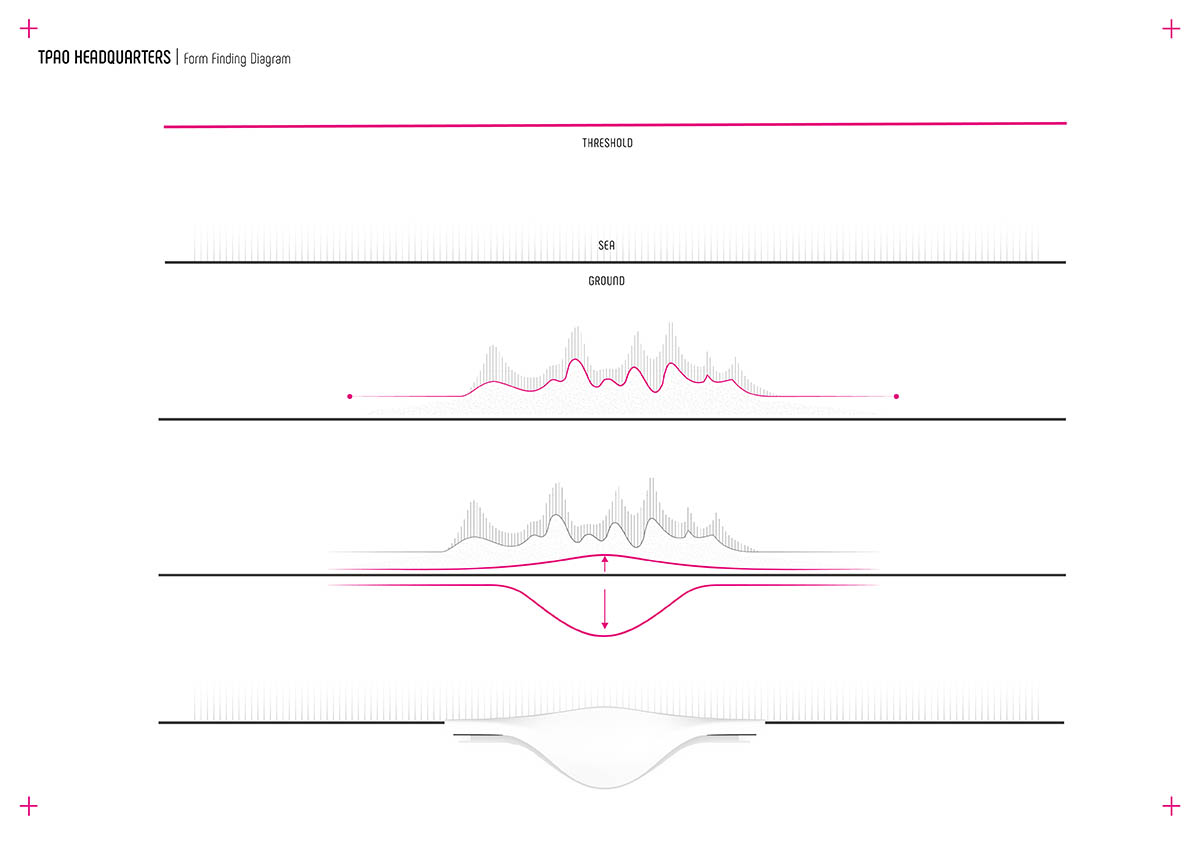 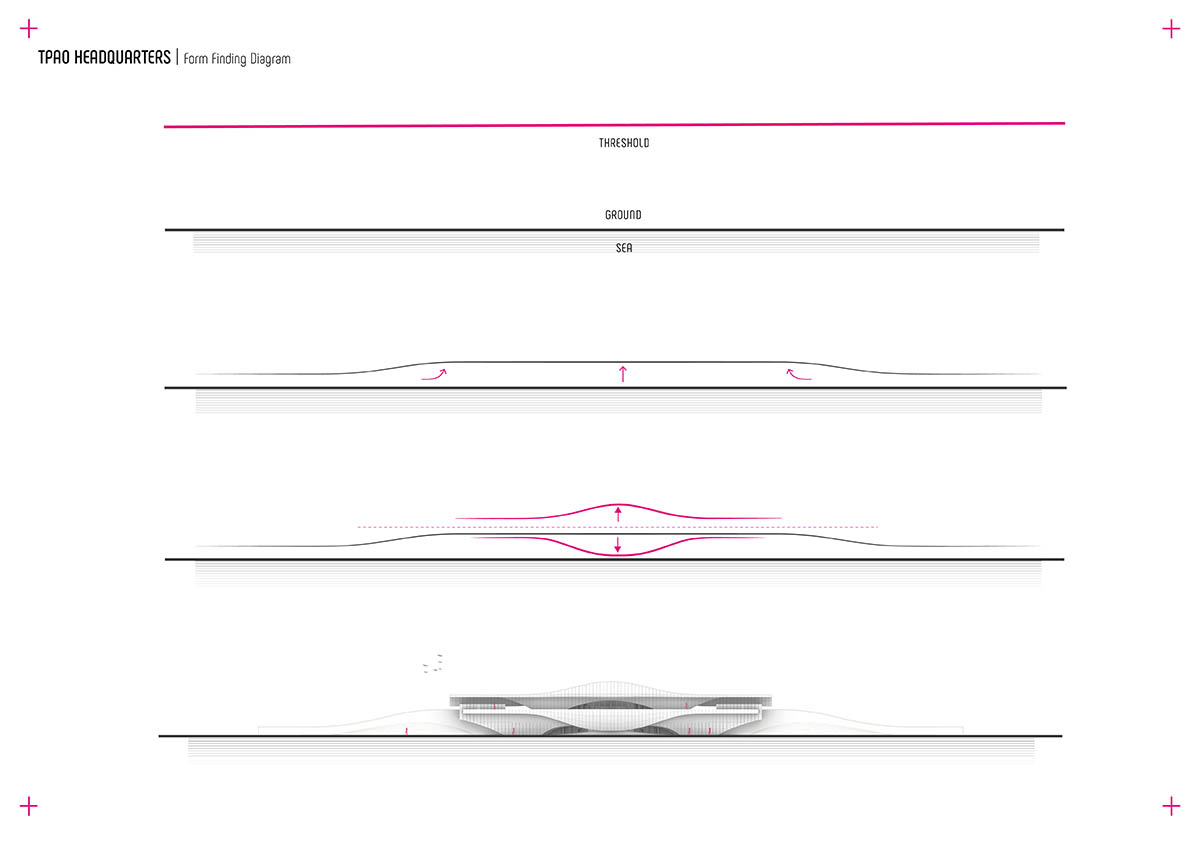 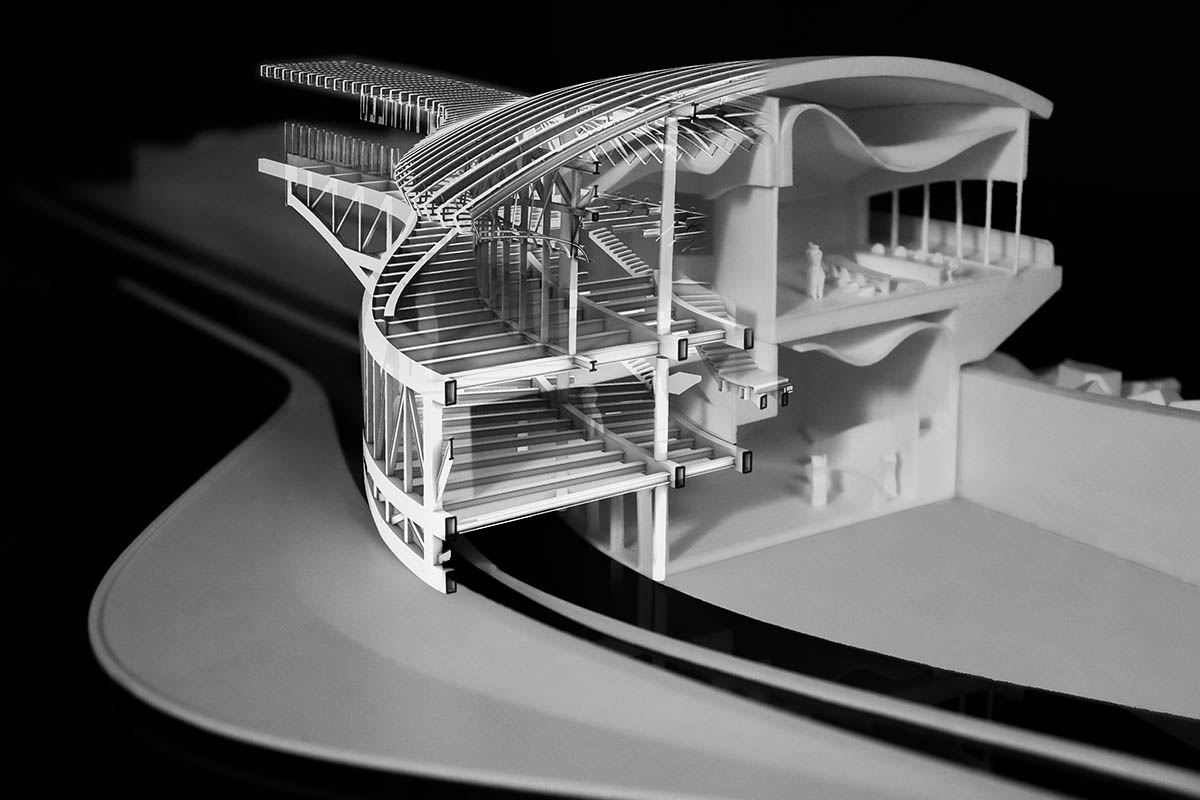 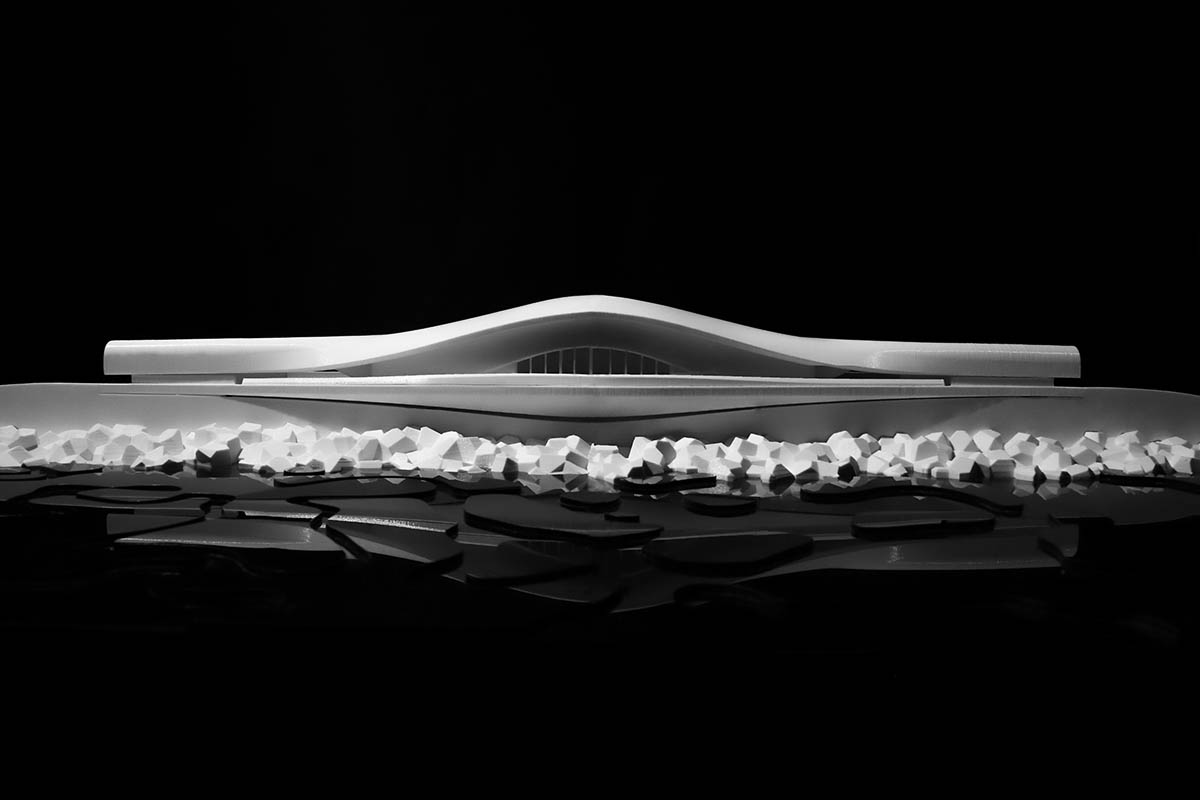