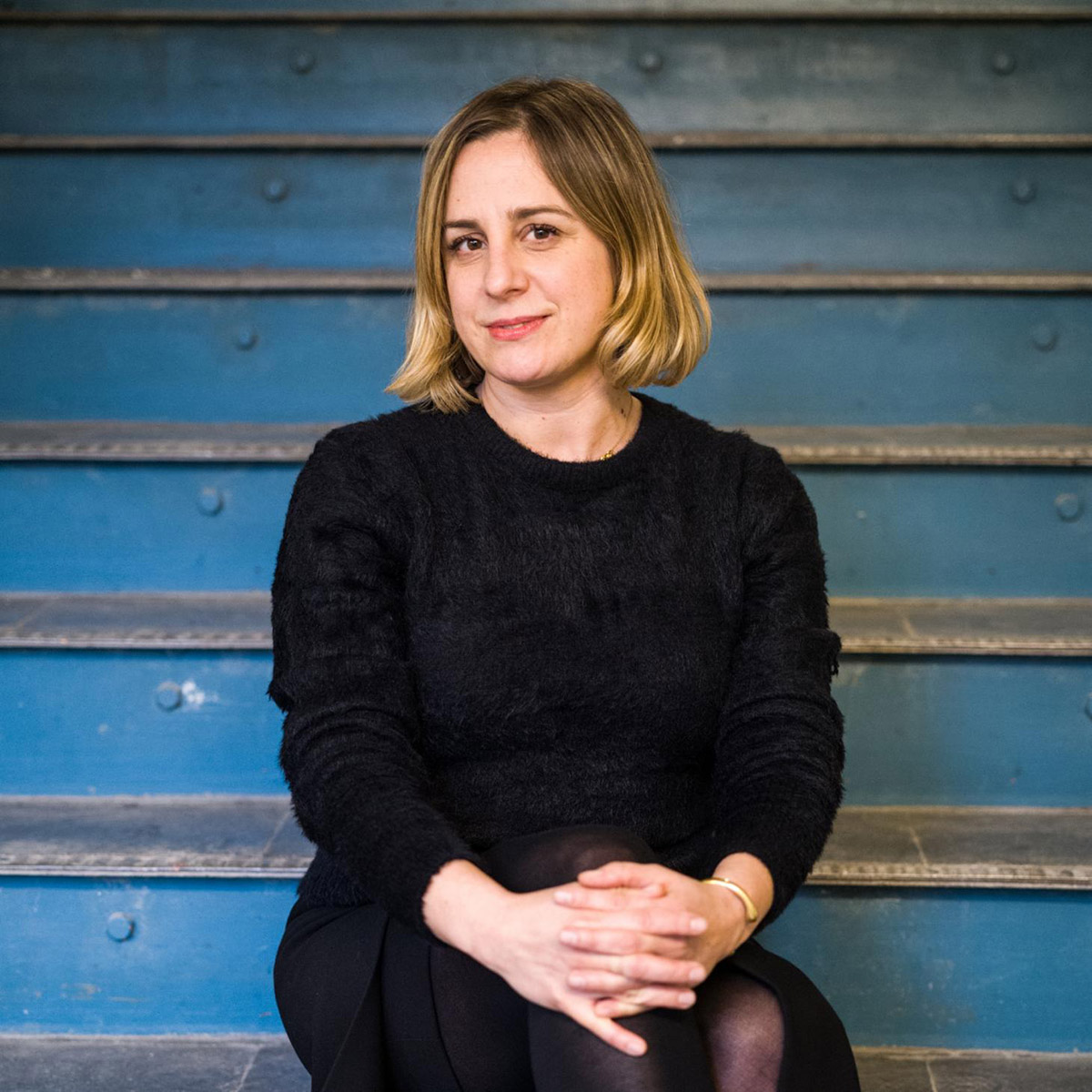 Harvard University Graduate School of Design (Harvard GSD) has announced Marina Otero as the winner for the 2022 Wheelwright Prize, an open international travel-grant that awards 100,000 USD to a talented early-career architect to support new forms of architectural research.

Currently Marina Otero is head of the Social Design Masters at Design Academy Eindhoven and she follows 2021 Wheelwright Prize winner Germane Barnes, whose Wheelwright project "Anatomical Transformations in Classical Architecture" is in its travel-research phase.

Otero is awarded the 100,000 USD prize which will be as the major fund to support her two-year research and travel. 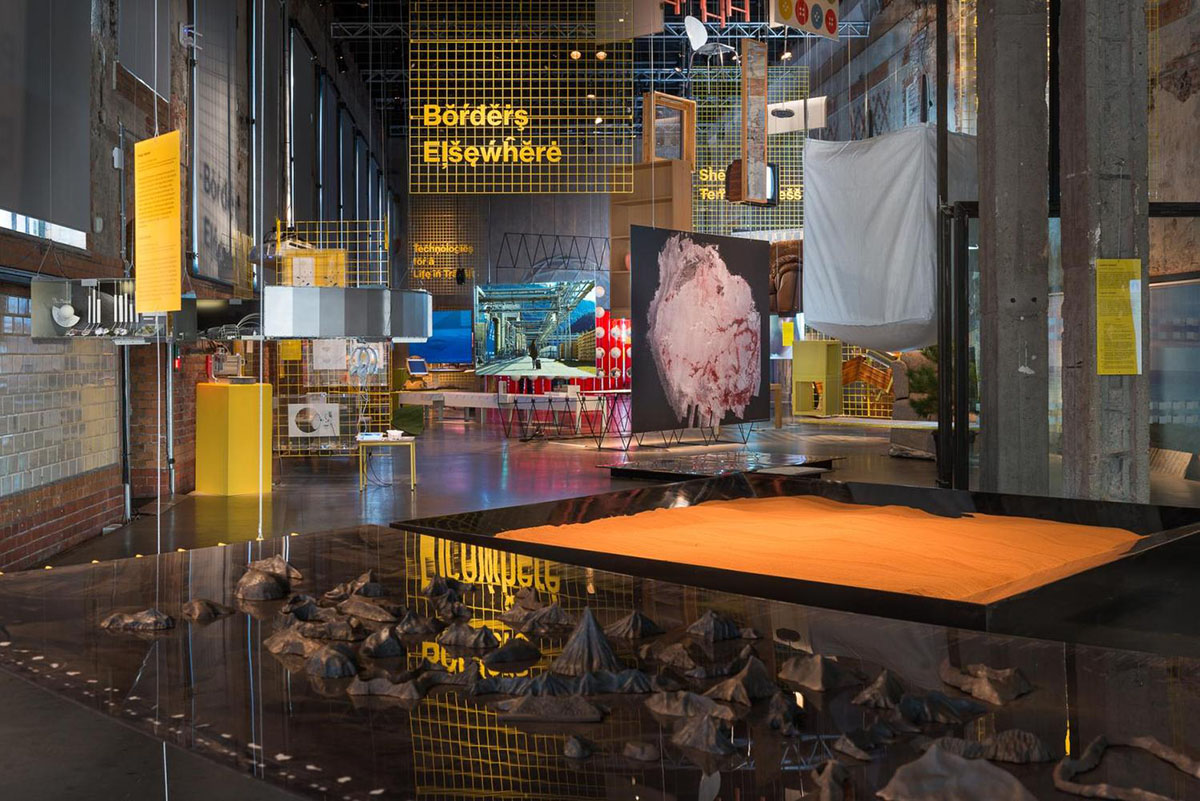 "While there is an urgent need to find new ways to understand progress, imagining alternative futures in current circumstances is proving troublesome. In this context, the proposal is a deeply optimistic project that considers other worlds possible: post anthropocentric, ecological, and plural," said Marina Otero.

"The prize reaffirms my confidence in the ability of this research to bring about new paradigms for consuming and storing data, expressly to make a difference," Otero added.

"Data centers might not seem like an exciting place for an architectural project. However, the huge scale of the operations of the data industry and its pervasiveness and increasing importance in the contemporary world–coupled with its openness to innovation and concurrent pressures to find better socio-ecological models–creates a fertile environment for experimentation and action," she continued. 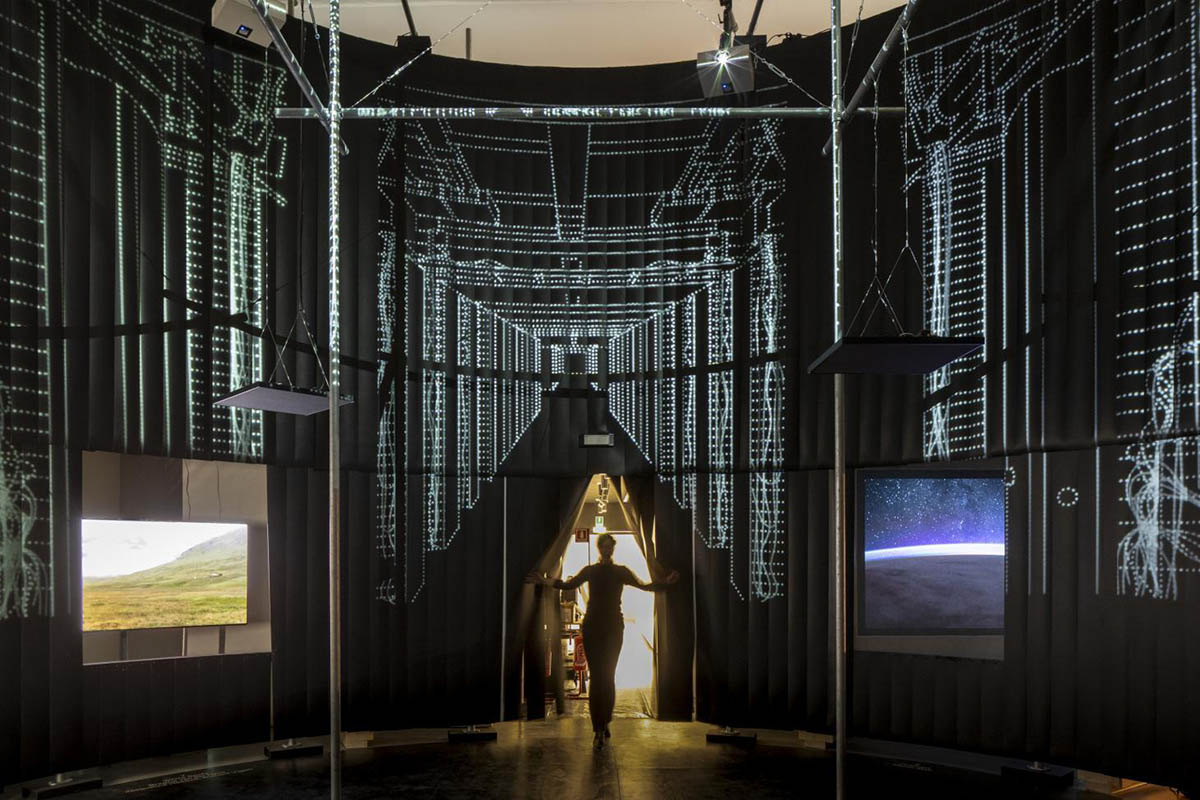 Otero’s "I SEE THAT I SEE WHAT YOU DON'T SEE", part of the Dutch contribution to Triennale di Milano in 2019. Image © Daria Scagliola.

Marina Otero's proposal was selected from among the four remarkable finalists from a highly competitive and international pool of applicants, including Curry J. Hackett, Summer Islam, and Feifei Zhou. 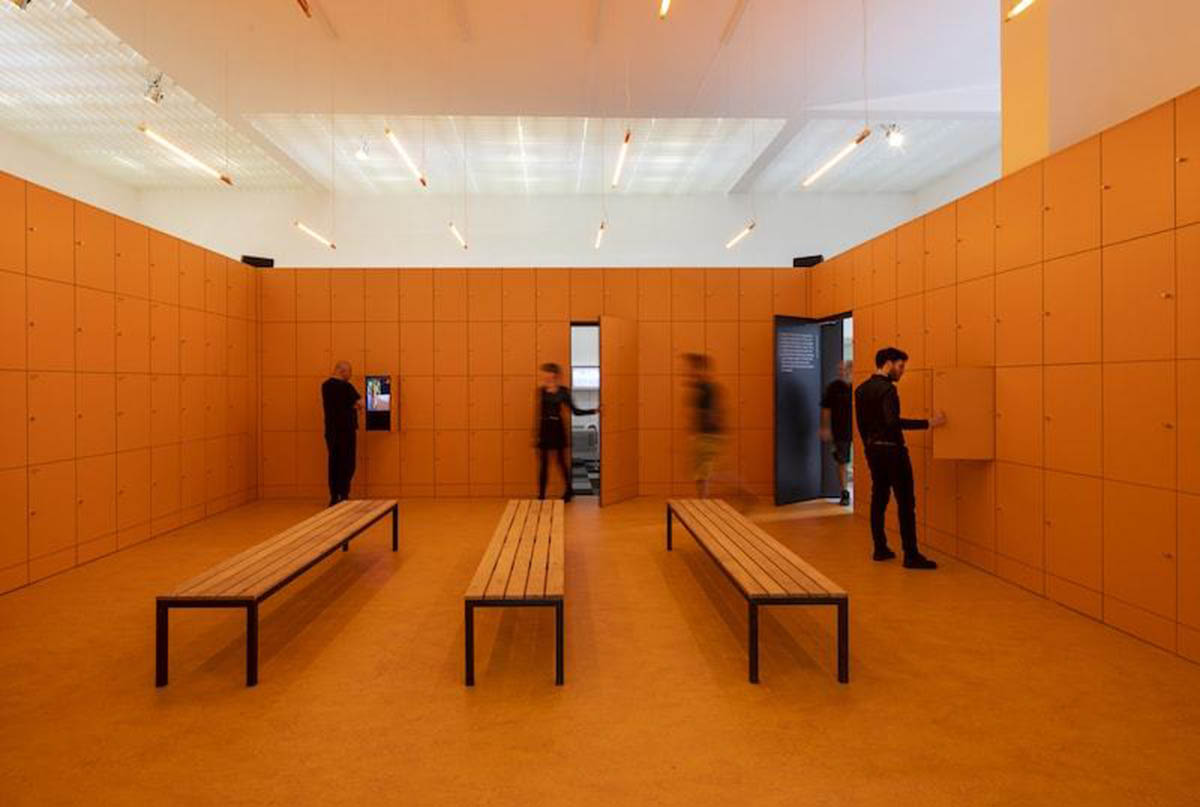 "Each proposal from the four finalists has its merits in terms of relevance and rigor. We, nevertheless, found Marina’s proposal most compelling for the needed scrutiny it offers on an increasingly dominant, yet largely neglected, building typology that bears vast implications on land and energy consumption worldwide," said Shirley Surya, curator of design and architecture at M+.

"As architect, researcher and design educator, Marina frames her inquiry beyond a mere critique on historical and contemporary data center architecture."

"From floating-macro to DIY-micro data centers in Sweden or Singapore, her proposed case studies demonstrate a critical breadth across geographies, scales, and polities that could uncover processes attuned to socio-ecological challenges and changes in data usage patterns, relevant to practice, discourse and governance," Surya added.

Otero will commence her research and data collection this summer, followed by site visits to Iceland and Sweden, both global leaders in renewable energy. 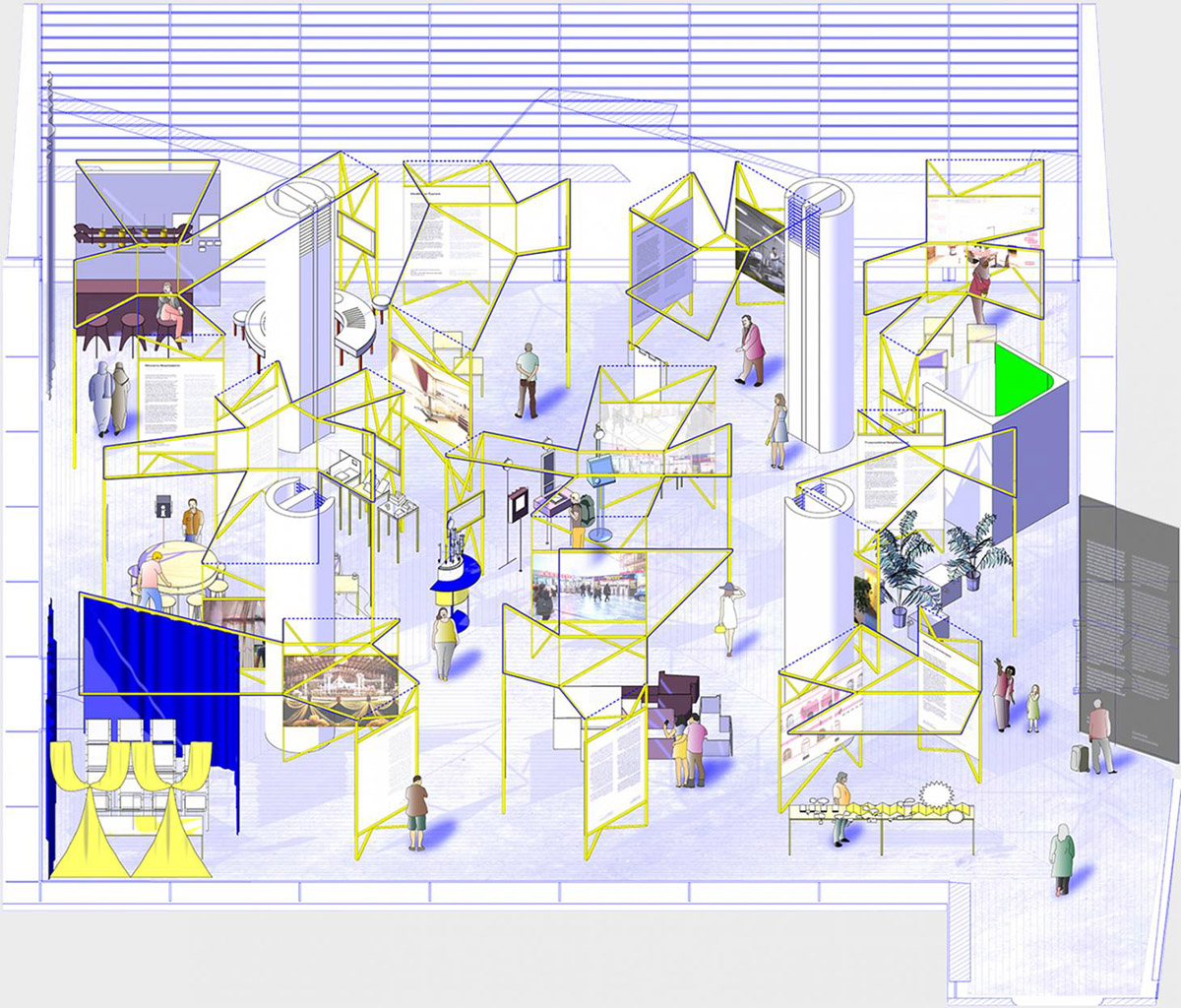 Chile, a country that is currently a testbed for distributed edge cloud models and the world's second-largest producer of lithium, a critical element for efficient data center batteries, will also be on the early travel itinerary. With the construction of the Humboldt Cable, the first submarine cable between Latin American and Oceania, Chile will soon become a preferred data location. Additional proposed travel locations include Singapore, Australia, Nigeria, and California.

Otero has already conducted fieldwork in France, the Netherlands, and the UK.

"While her title sounds futuristic, the issue is anything but: Marina recognizes the very urgent challenge of storing data in and for today’s world. Her research will highlight innovations in data storage architectures and infrastructures, recognizing current inequities and scarcities, but also the potential for how data can transform entire communities worldwide through these new civic infrastructures and their reach."

"In her capacity as head of the social design masters at the Design Academy Eindhoven and also as director of research at the Het Nieuwe Instituut, she has already laid the groundwork for this important topic, ensuring the impact of her Wheelwright output, which will result in the first manual for global data center architecture design, as well as open-source course material and public programming," Whiting added.

She is leading Social Design Masters at Design Academy Eindhoven, where the program focuses on roles for designers attuned to contemporary ecological and social challenges.

From 2015 to 2022, she was the director of research at Het Nieuwe Instituut (HNI), the Dutch Institute for Architecture, Design and Digital Culture.

At HNI, she led initiatives focused on labor, extraction, and mental health from an architectural and post-anthropocentric perspective, including “Automated Landscapes,” “BURN OUT: Exhaustion on a Planetary Scale,” and “Lithium.” Otero received an MS in critical, curatorial and conceptual practices in architecture from Columbia University’s Graduate School of Architecture, Planning and Preservation in 2013 and completed her PhD at Escuela Técnica Superior de Arquitectura de Madrid in 2016. She is a co-editor of Unmanned: Architecture and Security Series (2016), After Belonging: The Objects, Spaces, and Territories of the Ways We Stay In Transit (2016), Architecture of Appropriation (2019), and More-than-Human (2020); and editor of Work, Body, Leisure (2018).