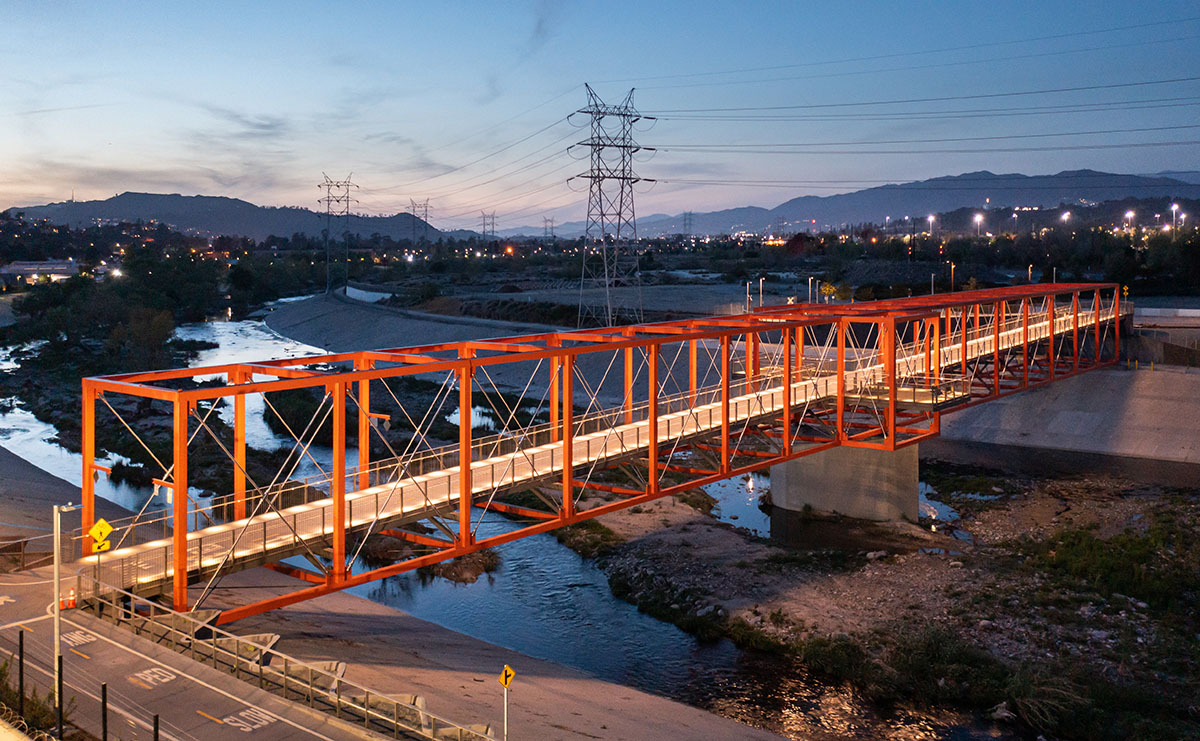 Named Taylor Yard Bridge, the 400-foot (37,16-meter) bikeway and pedestrian bridge that spans across the Los Angeles River and connects Elysian Valley to Cypress Park via the Taylor Yard G-2 site, a 42-acre industrial parcel and former railyard at the center of the city’s river revitalization plans. 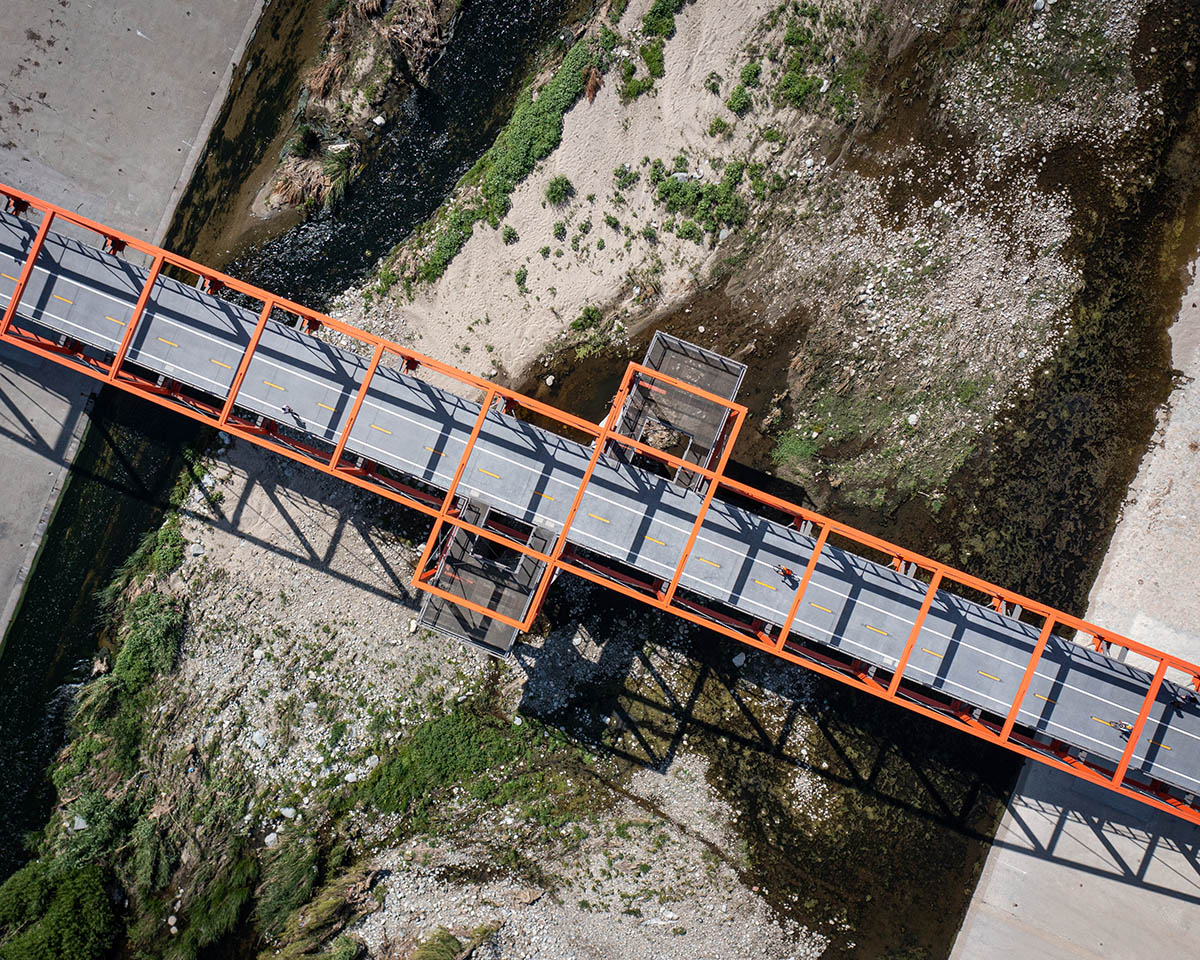 The bridge has a playful nickname, called “Rumblefish” and takes cues for its bold orange color from the 1983 Francis Ford Coppola film. The architects created orange-framed steel boxes and led the walkway through the structure, revealing the movement of people. 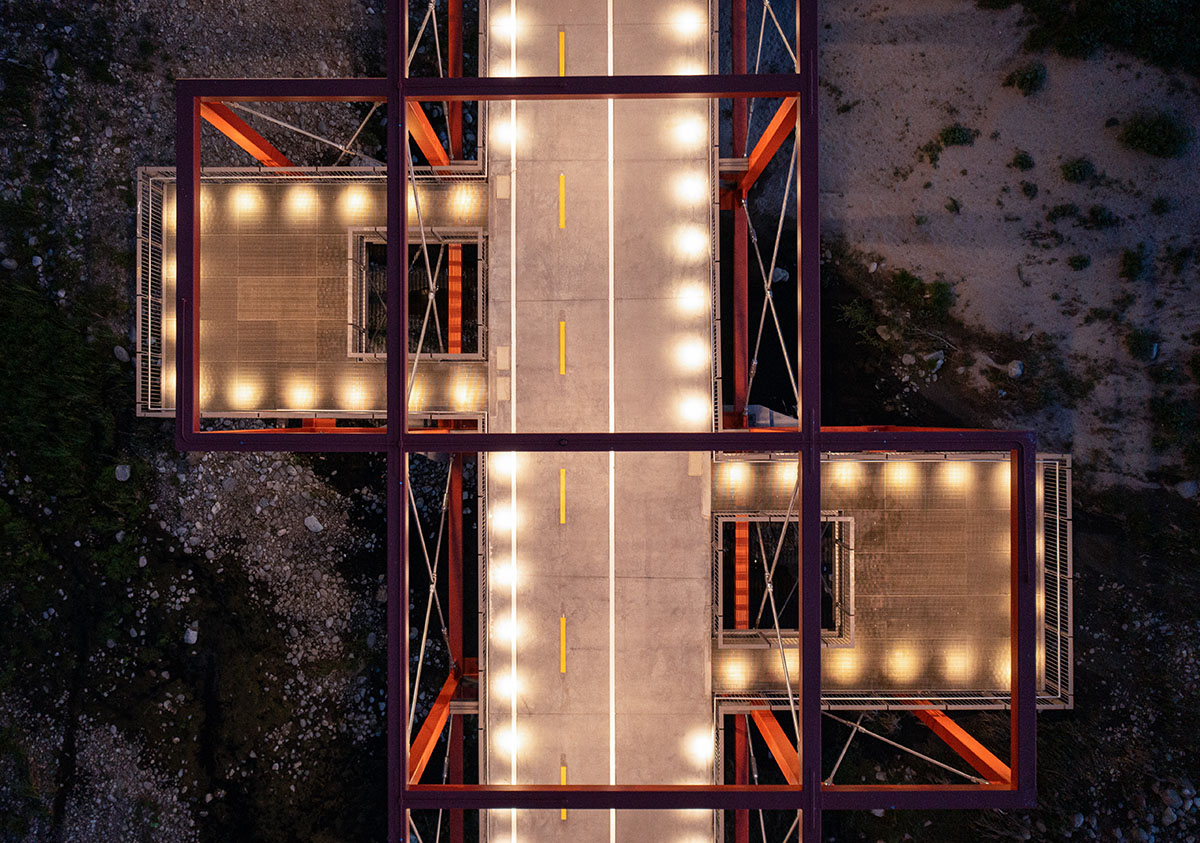 SPF:a described the story of the film and said "the film explores the issues of brotherly love, honor and the ties that bind families and friends within the backdrop of gang life."

"This part of the Los Angeles River experienced similar struggles dating back to the 1950’s." 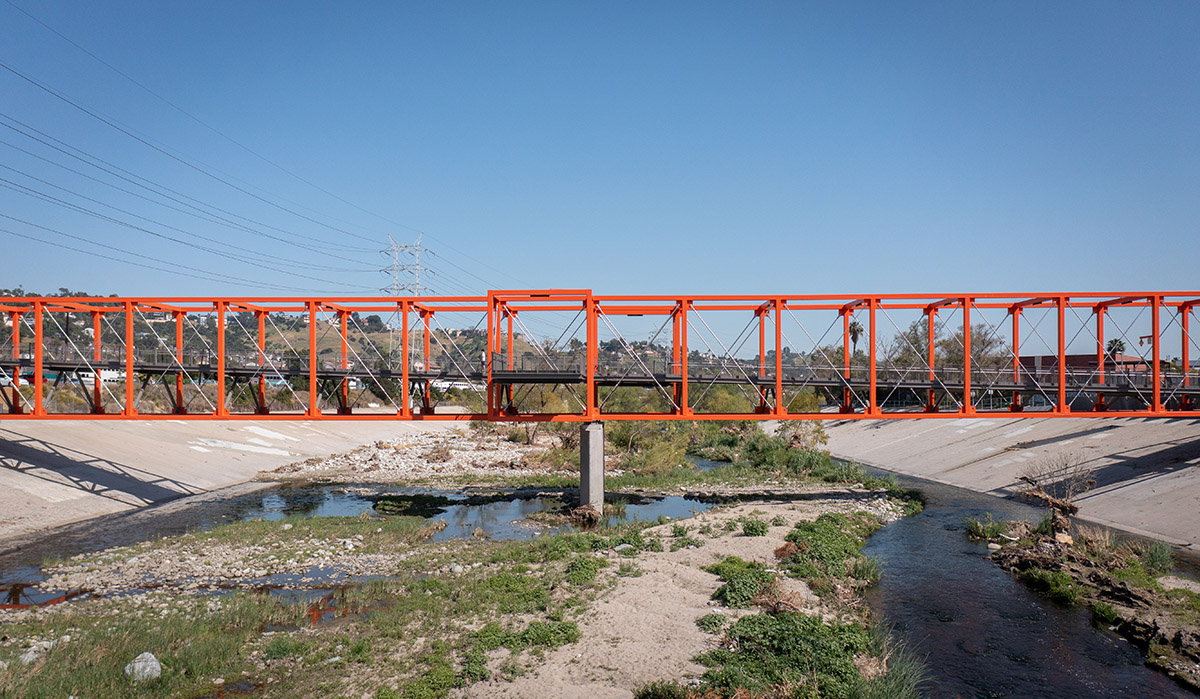 Through its overall language, "the Taylor Yard Bridge acknowledges this past by offering a mid-span meeting spot with two cantilevered view decks that are slightly offset as in a handshake or dance, allowing passersby views to the north and south highlighting the natural bend of the river’s flow at this location." 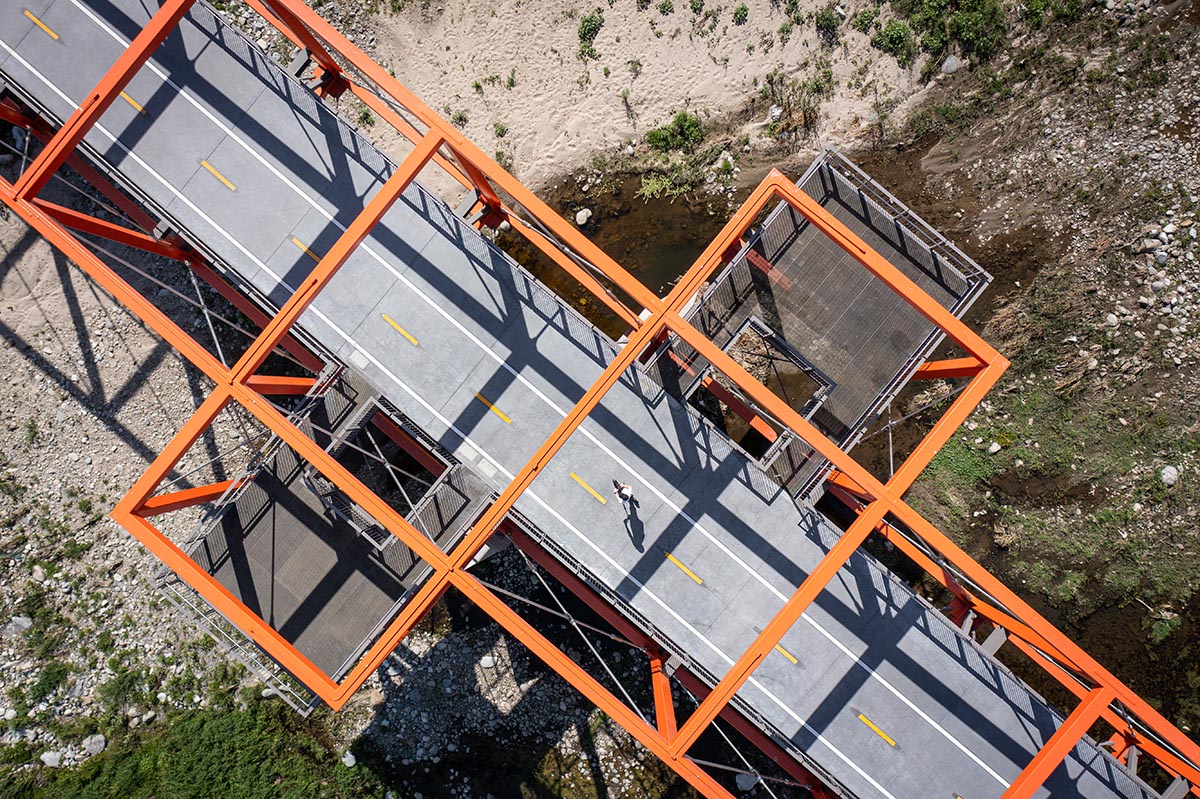 The bridge also features the view decks that are designed to accommodate small gatherings, community events and exhibits, which can also offer a place for peaceful community collision and togetherness.

"We thank our design partners, Arup our structural engineer, Walter Hood our landscape architect, Tetra Tech our civil engineer and Ortiz Construction our builder in bringing their invaluable collective expertise to the success of the project," said Zoltan E. Pali, FAIA, principal of SPF:architects. 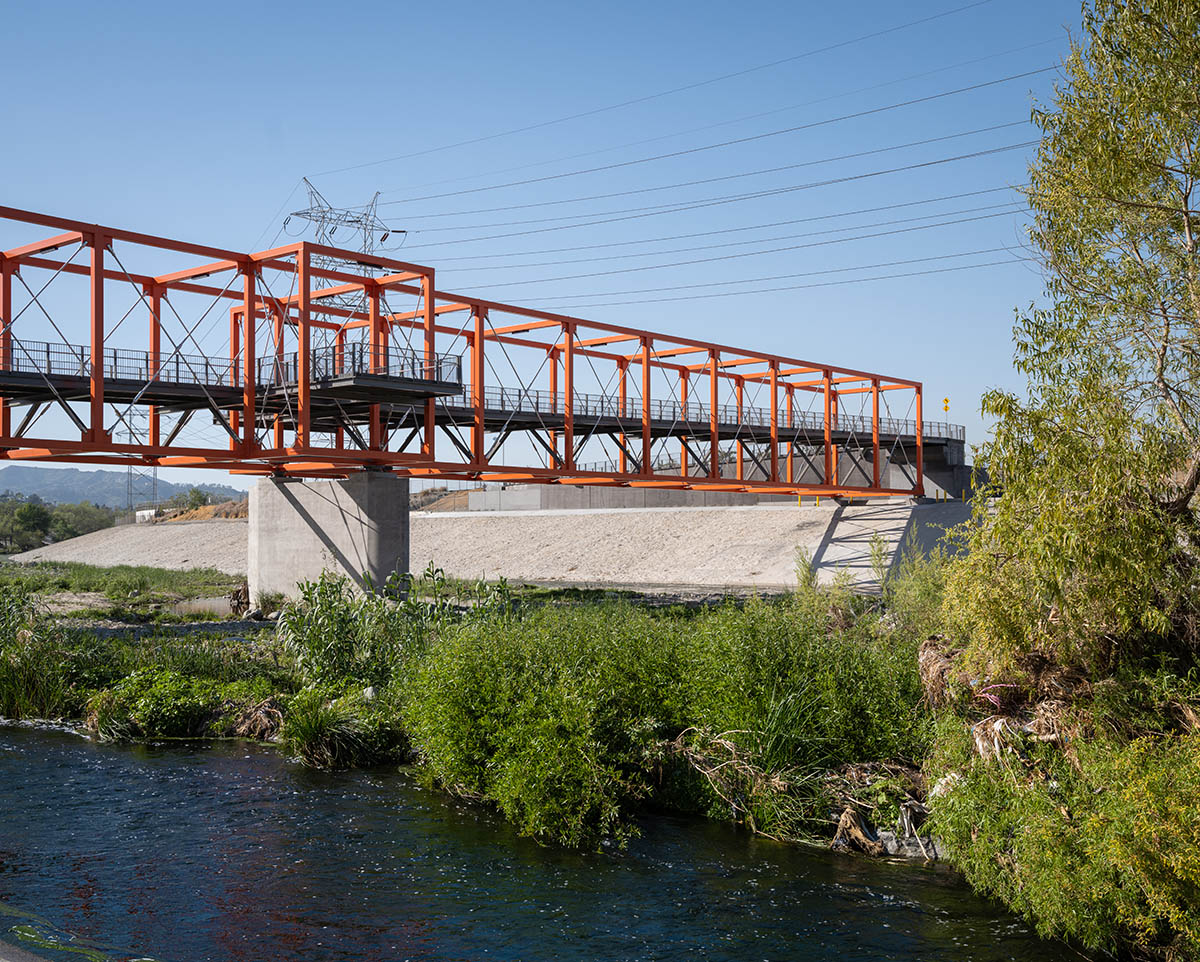 "We are also grateful for the entire team at the Bureau of Engineering and specifically Deborah Weintraub, Deputy City Engineer and Nur Malhis, Project Manager."

"A special feeling it is to build a civically impactful project especially when the city is your birthplace and home," Pali added. 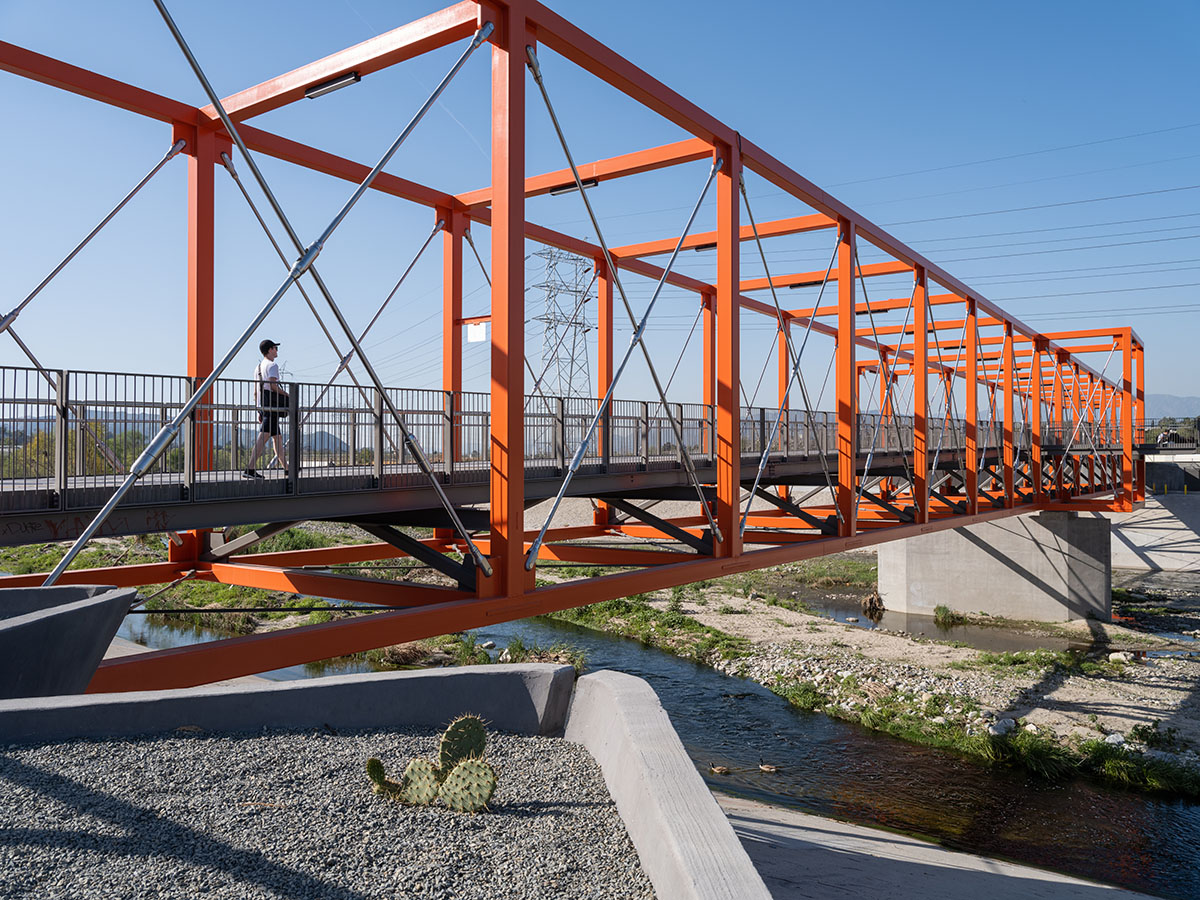 The architecture of the bridge is conceived in a simple layout, utilizing a perfectly level box truss from east to west. The form of the bridge takes inspiration from the area’s industrial past, emerging as a modern interpretation of the railroad bridges that once crossed the river, and mid-20th century Los Angeles architecture.

The path is intentionally designed to appear to “float” within the box truss as it slopes to meet the different elevations of the banks on either side of the river. The path is metaphorically an extension of the city, with its roads, walkways, and bikeways gently suspended within the truss- the truss is there to simply hold this path in place. 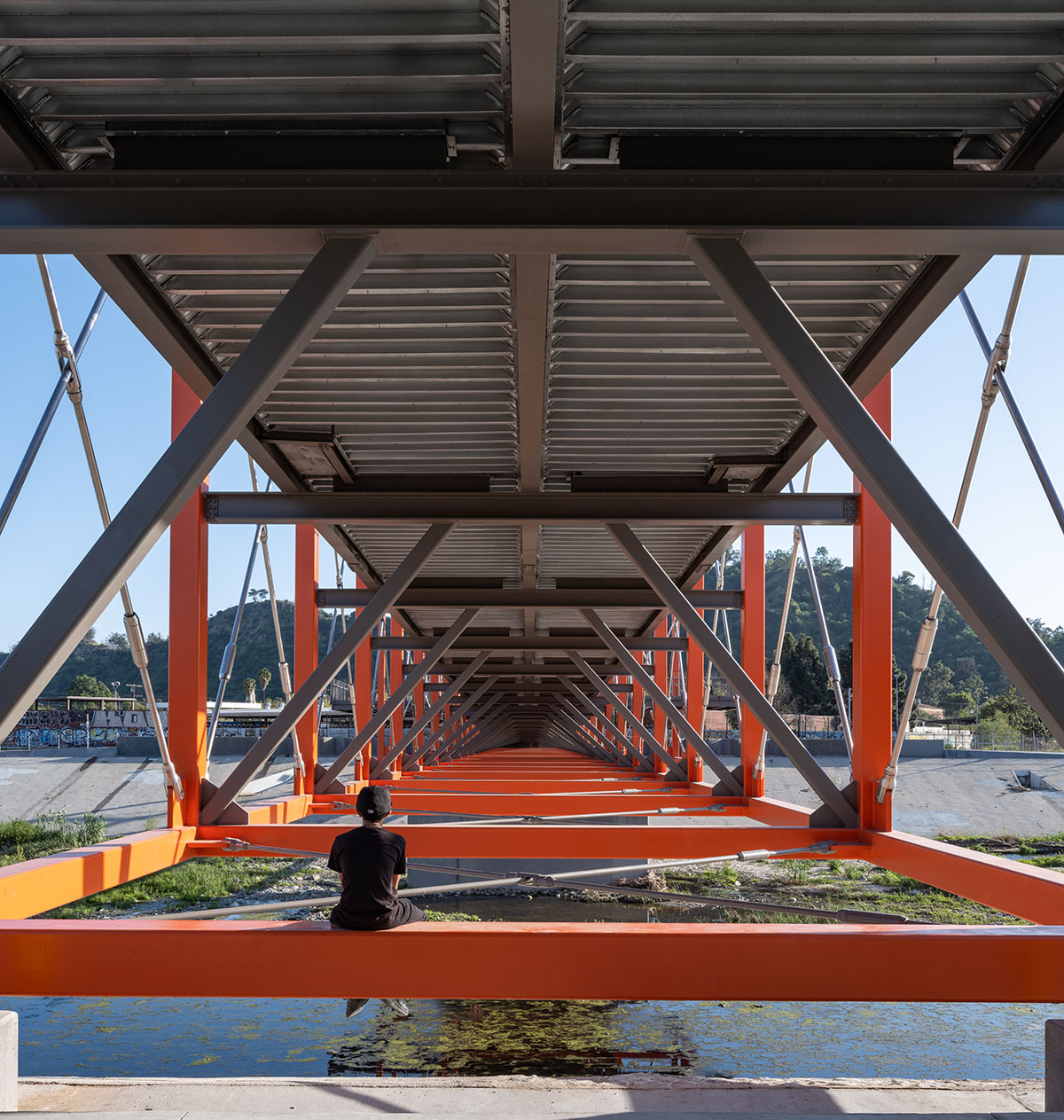 The bridge employs the lightest and most efficient structural elements possible: tube steel, wide flange steel, and steel rods. HSS steel members form rectangular openings, and the bracing of the frame is achieved by the provision of tension rods spanning diagonally in vertical planes. 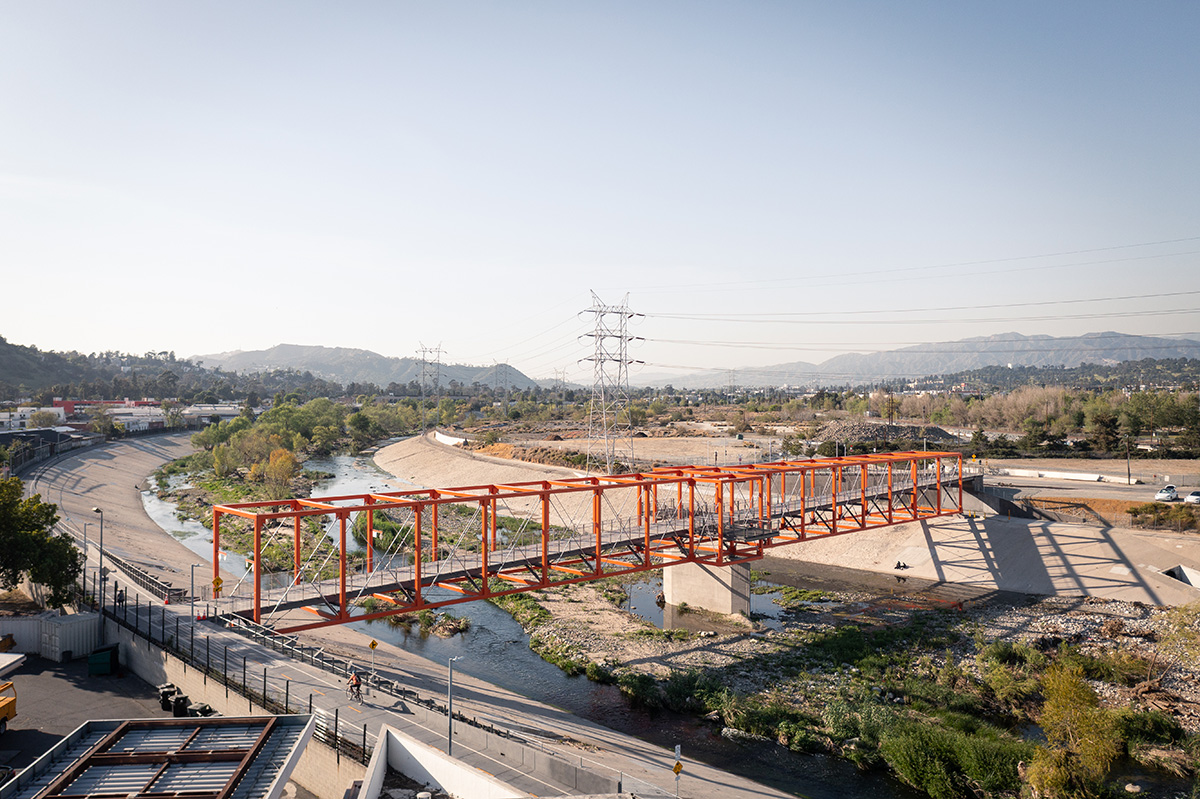 This hybrid frame has rigid joints that are capable of transferring and resisting bending moments, and diagonals working in tension only.  The bridge also uses a redundancy system (fracture critical members) that enables the structure to carry loads in the event of a failure of one or more components.

The use of this hybrid form allows the vertical planes in the bridge to remain almost unobstructed and provides for open viewing of the LA River along the bridge path. Structural elements were componentized so that larger portions of the bridge could be assembled in an adjacent yard and construction work within the riverbed could be minimized.

"The opening of the Taylor Yard Bridge is an important milestone in our work to give Angelenos more access to this iconic waterway, said Los Angeles Mayor Eric Garcetti, "as well as new places to safely walk, bike, and enjoy green spaces." In addition to providing year-round public access to the river, the bridge advances Mayor Garcetti’s goal of ensuring at least 65% of Angelenos live within a half-mile of a park or open space by 2025. 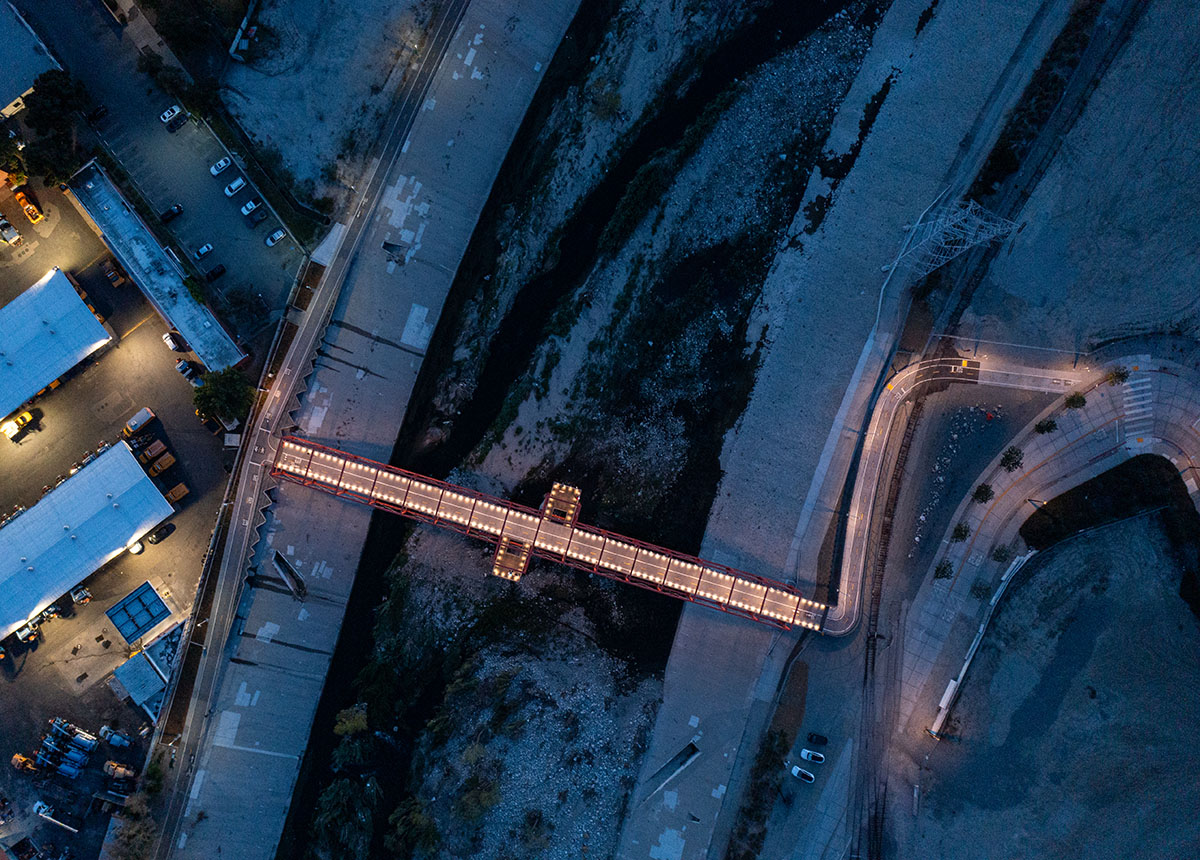 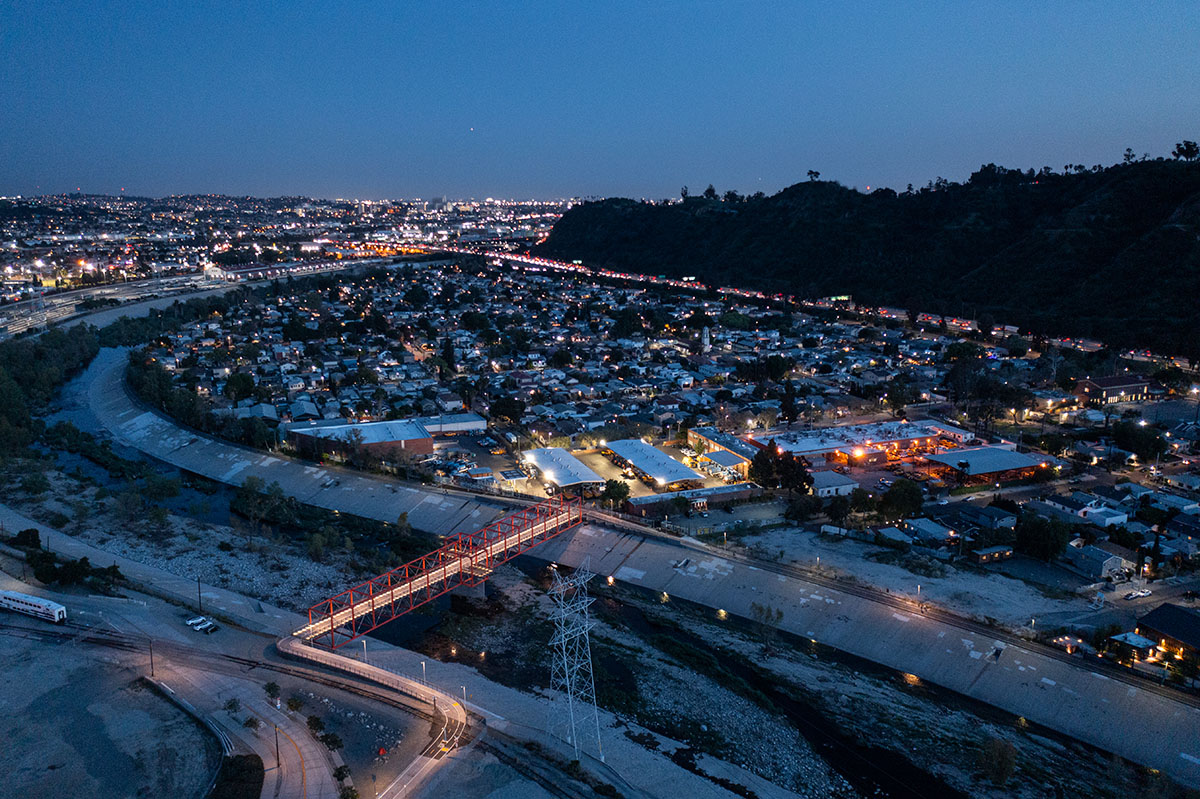 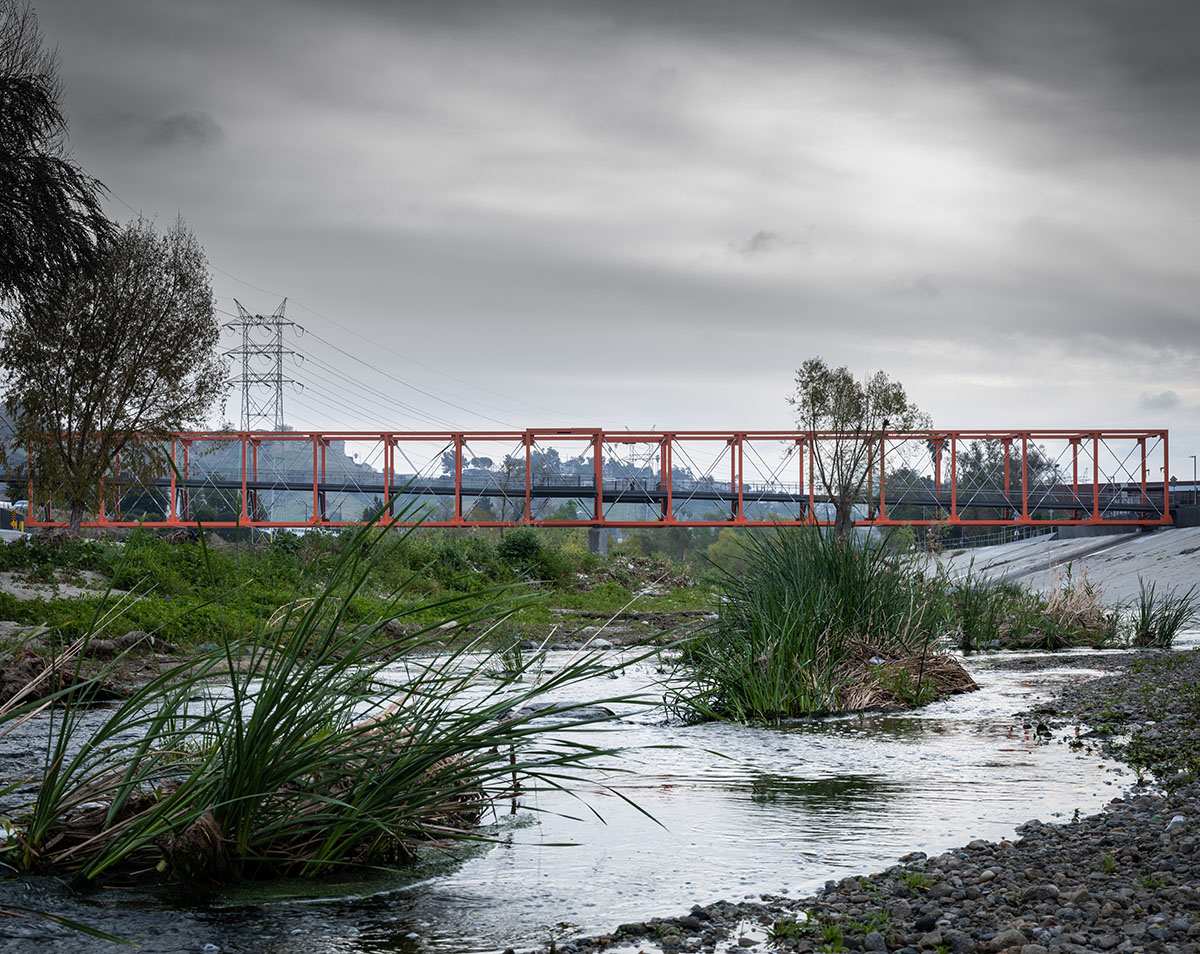 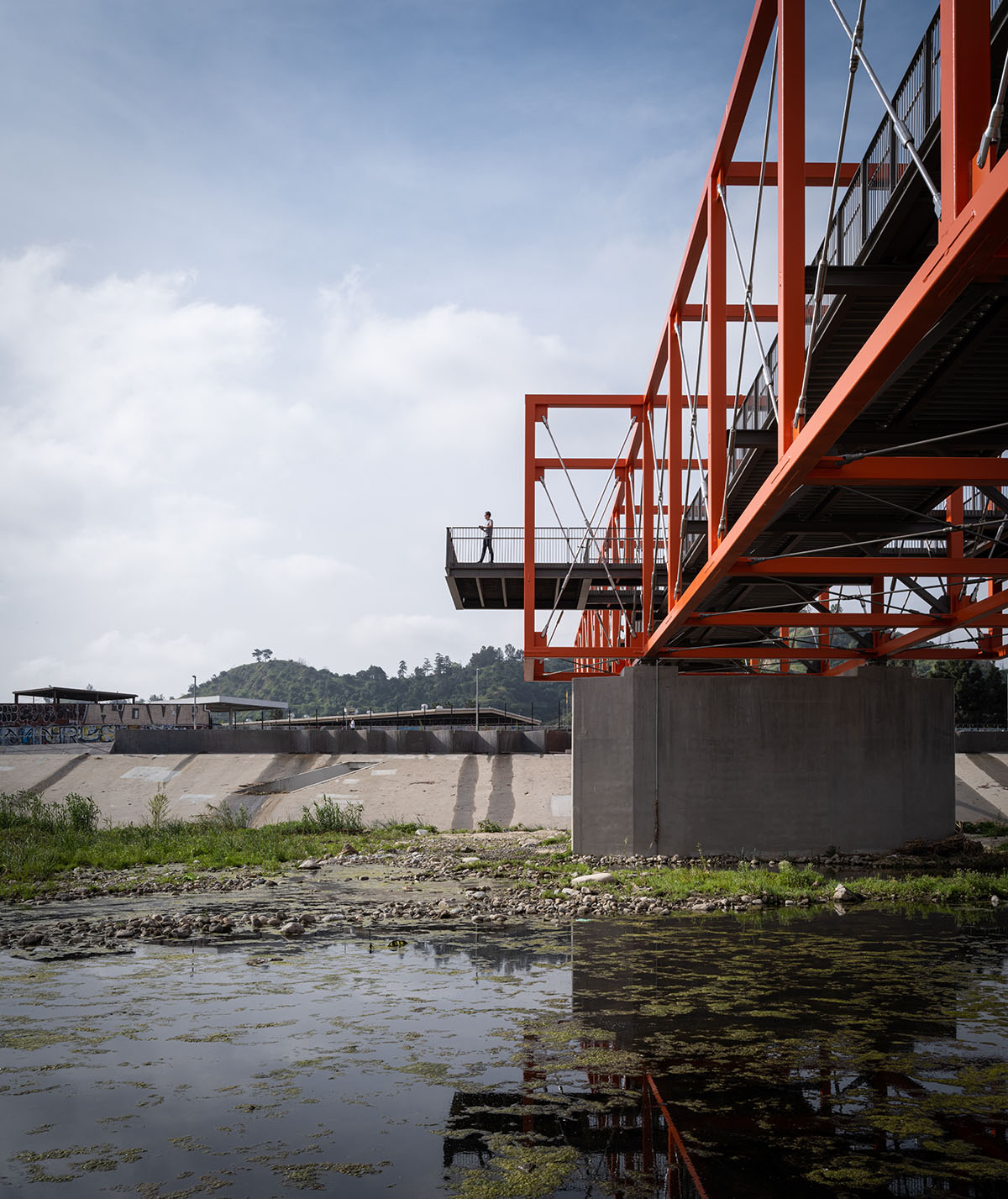 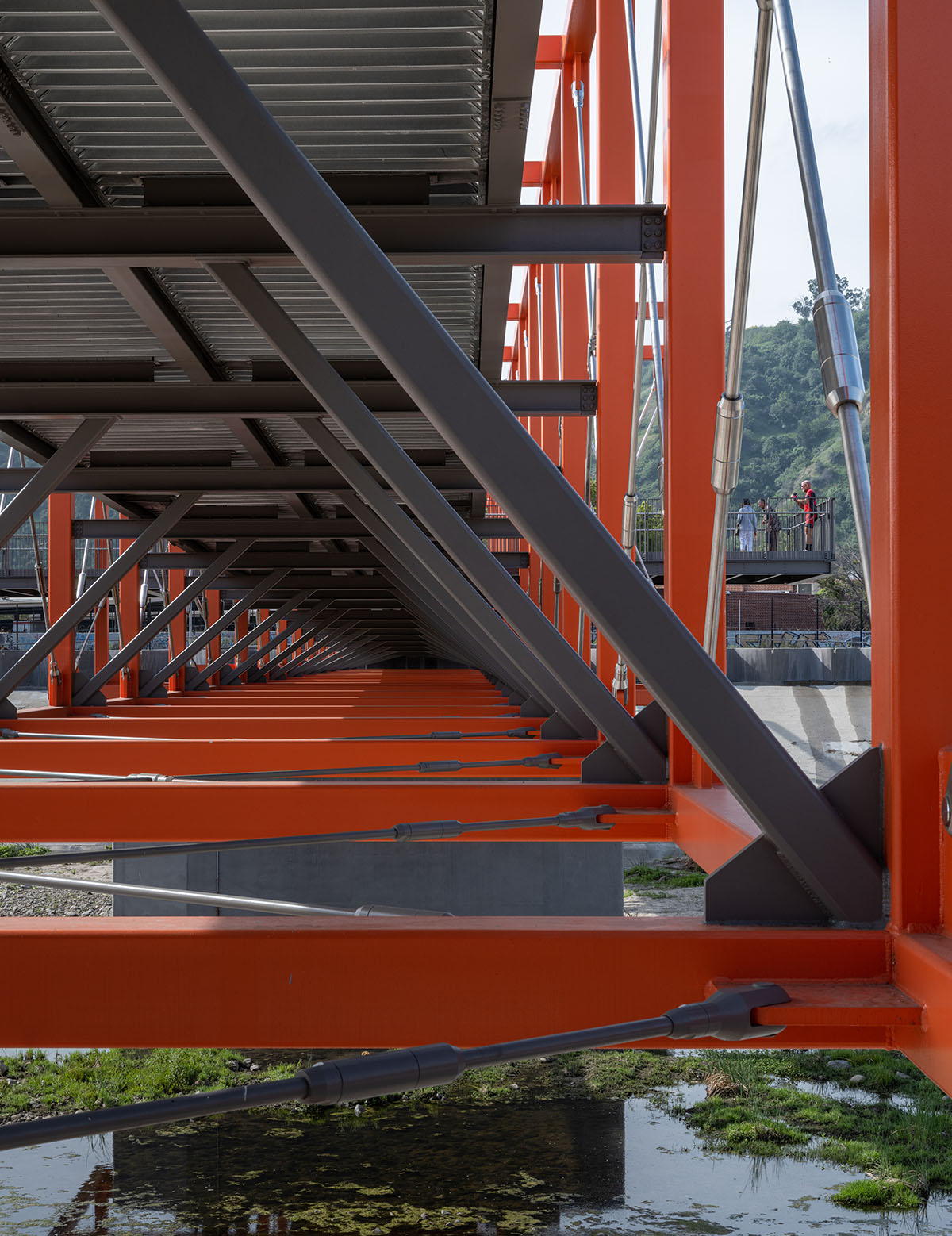 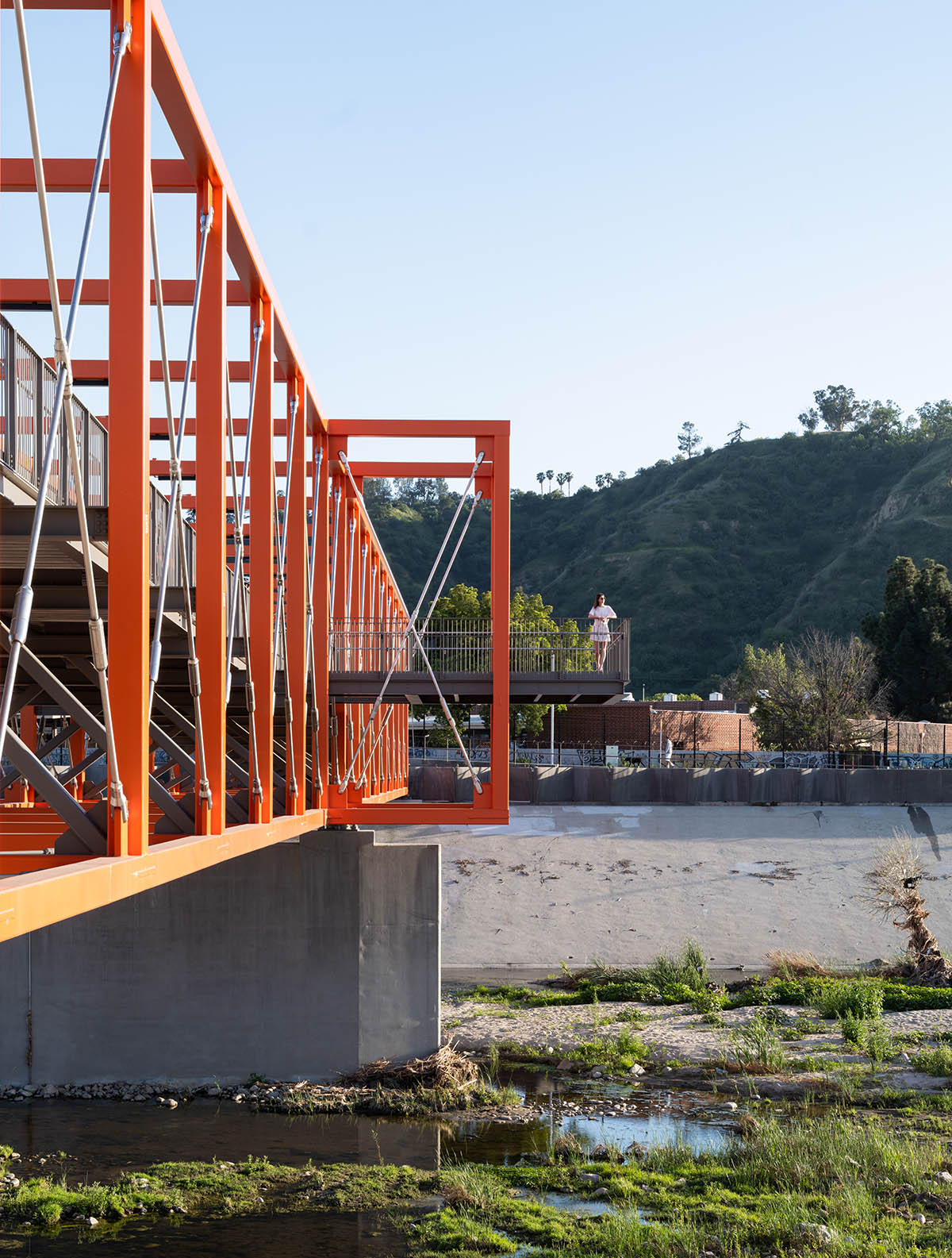 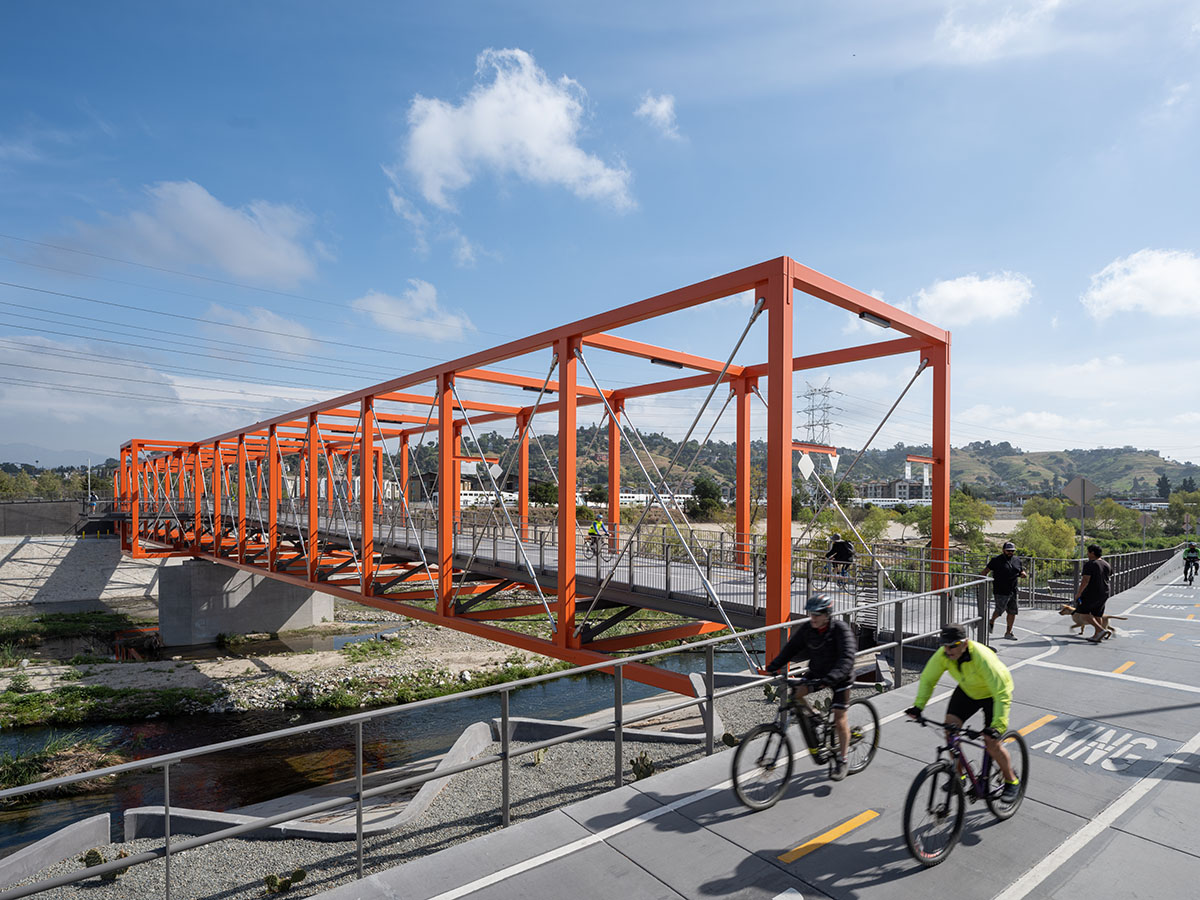 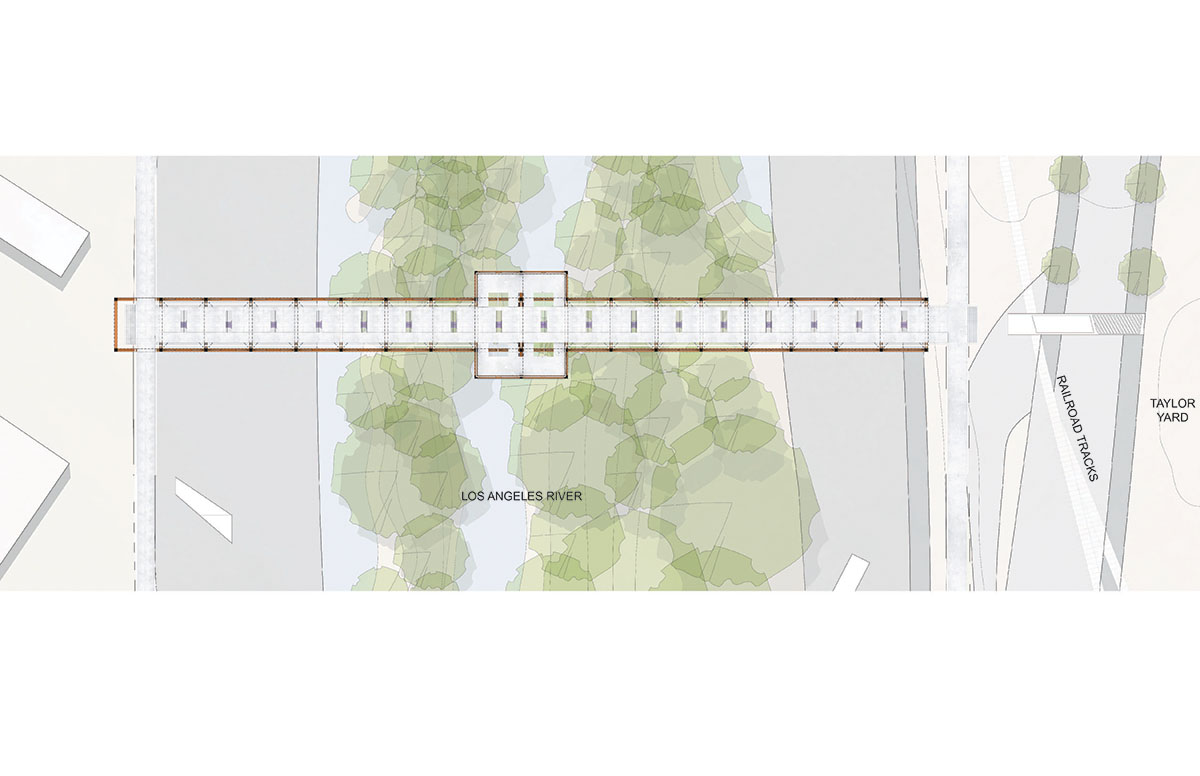