Developed as as part of the "Rediscovering the History of Benin" initiative, the new development by The Legacy Restoration Trust (LRT), the British Museum and Adjaye Associates, will be a major new archaeology project in Southern Nigeria.

This innovative collaboration will investigate the archaeology of the Kingdom of Benin, including archaeological remains buried below the proposed site of the new museum. 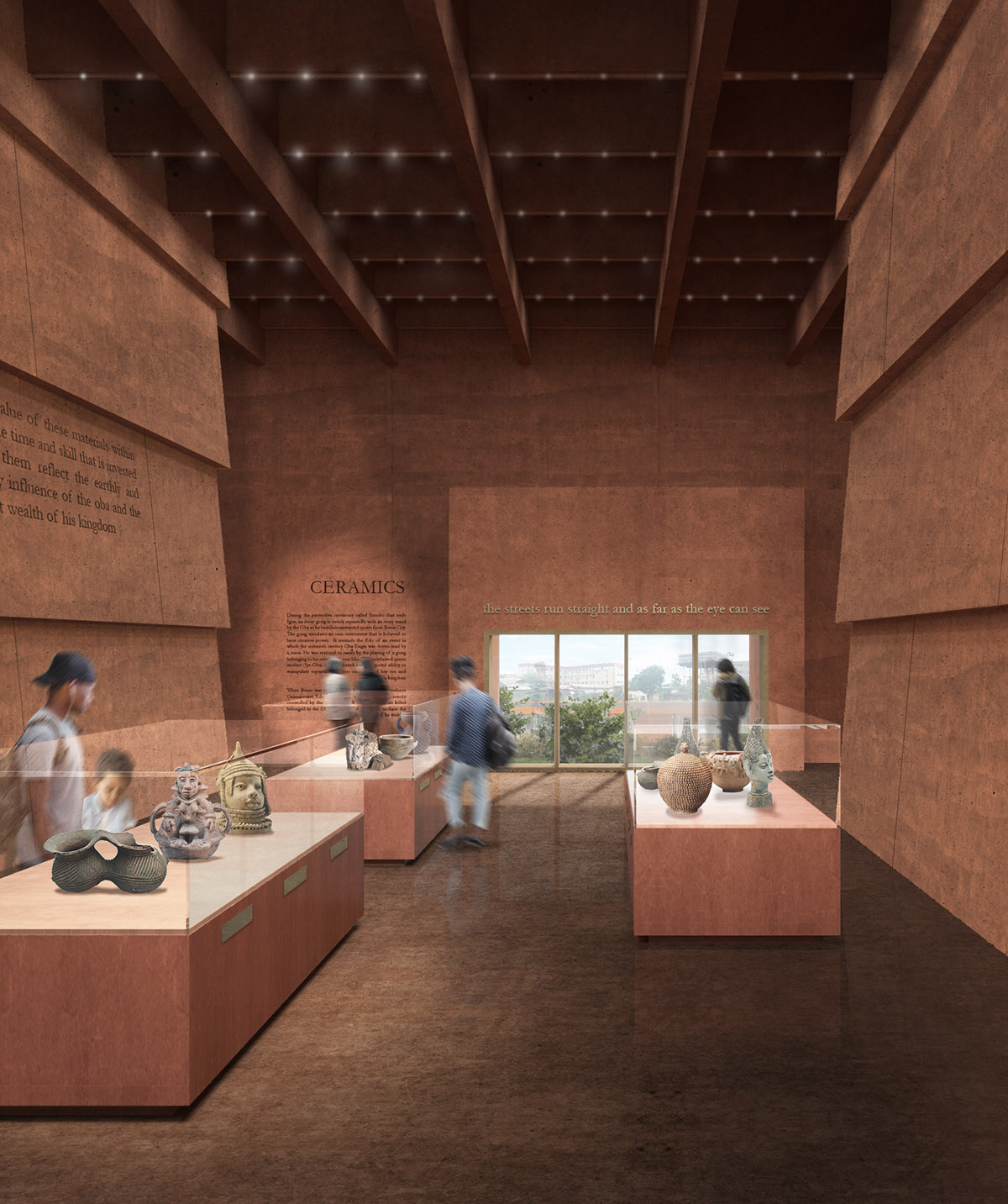 "This will be the most extensive archaeological excavation ever undertaken in Benin City," stated in a press release. The statement also added that the LRT in partnership with the British Museum has secured the equivalent of $4 million of funding for The EMOWAA Archaeology Project.

The new EMOWAA building is being developed to house West African art and artefacts and which will comprise the "Royal Collection" the most comprehensive display in the world of Benin bronzes. "EMOWAA is focused on reuniting Benin art works currently within international collections, as well as investigating and presenting the wider histories that these represent," added a press statement.

"In addition to directly supporting the building of the new museum, this archaeology project will be actively engaging with wider debates concerning Benin cultural heritage and the representation of Benin’s history." "The open dialogue that this project fosters will create new opportunities to address the significant history of the Kingdom of Benin but also the painful history of the invasion and destruction of Benin City by British forces in 1897 – and to engage in new forms of cultural exchange and understanding."

David Adjaye has been appointed to undertake the initial concept and urban planning work on the new museum, and to assist in the assembly of a team of professionals in Nigeria. 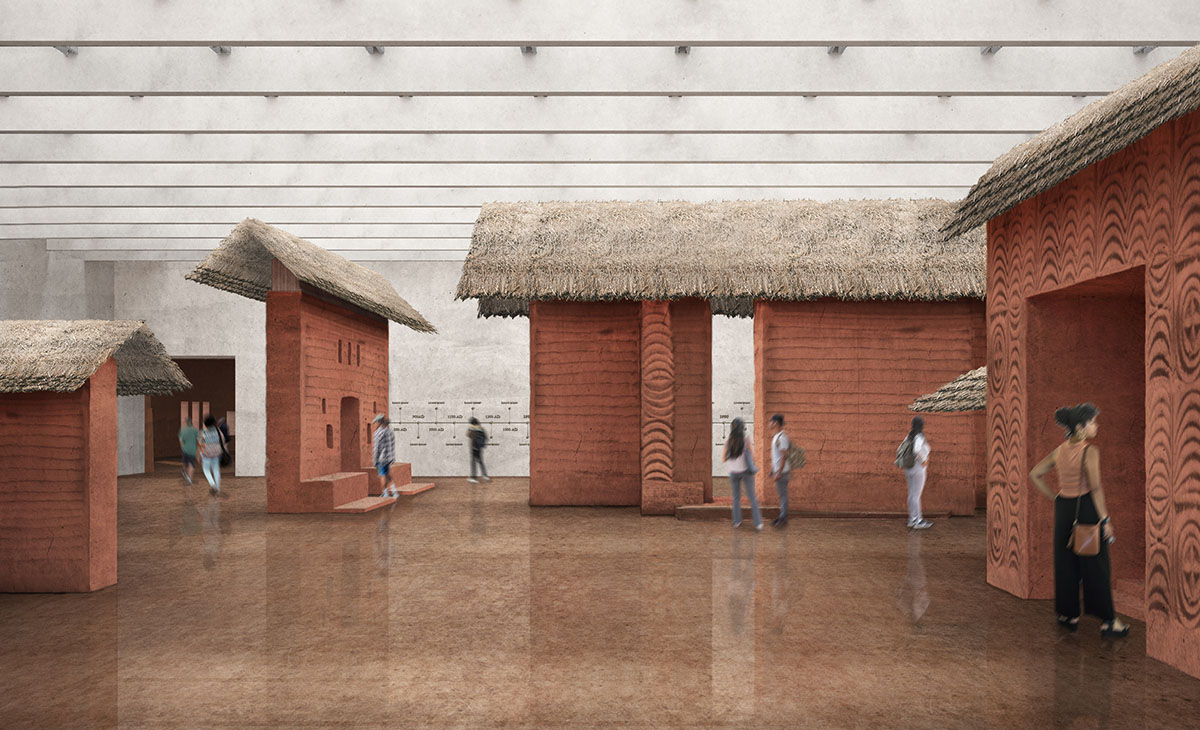 Adjaye aimed to use archaeology in his architecture as a means of connecting the new museum into the surrounding landscape, by revitalizing and incorporating the surviving remains of the walls, moats and gates of the historic city, seen throughout the modern city today.

Giving important to the history of the site, the museum's archaeological remains will be preserved below the ground.

"The digging of the museum’s foundations will require careful excavations to prepare the site for the new museum building," said a statement.

"The excavation of the site may reveal evidence of historic buildings which may be retained in their original position to become part of the visitor experience of the new museum."

Adjacent to the Oba's Palace, David Adjaye draws inspiration from its historical architectural typologies and establishes its own courtyard in the form of a public garden, exhibiting a variety of indigenous flora and a canopy that offers shade - a welcoming green environment suitable for gatherings, ceremonies and events.

The galleries float above the gardens and are articulated by a series of elevated volumes - an inversion of the courtyard typology – within each of which sit pavilions which take their form from fragments of reconstructed historic compounds.

These fragments allow the objects themselves to be arranged in their pre-colonial context and offer visitors the opportunity to better understand the true significance of these artefacts within the traditions, political economy and rituals enshrined within the culture of Benin City. 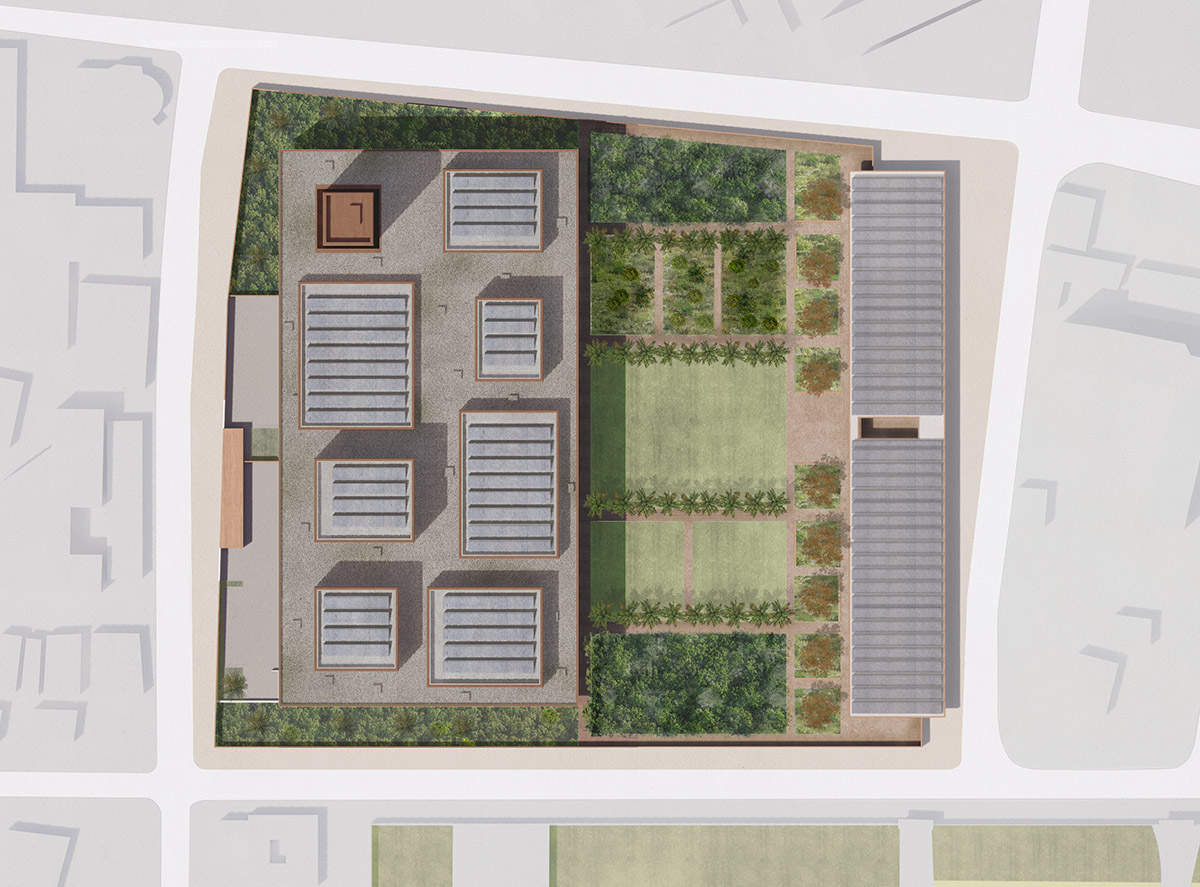 A new dedicated space, EMOWAA will contain the rich, regal and sacred objects of Benin’s past, in a way that allows visitors not just the possibility of “looking in” but “looking out” into the visual landscape of imagining the once historic borders of a restored ancient kingdom.

"I am humbled and deeply inspired to design the new EMOWAA, a project that will establish a new museum paradigm for Africa," said David Adjaye.

"From an initial glance at the preliminary design concept, one might believe this is a traditional museum but, really, what we are proposing is an undoing of the objectification that has happened in the West through full reconstruction." 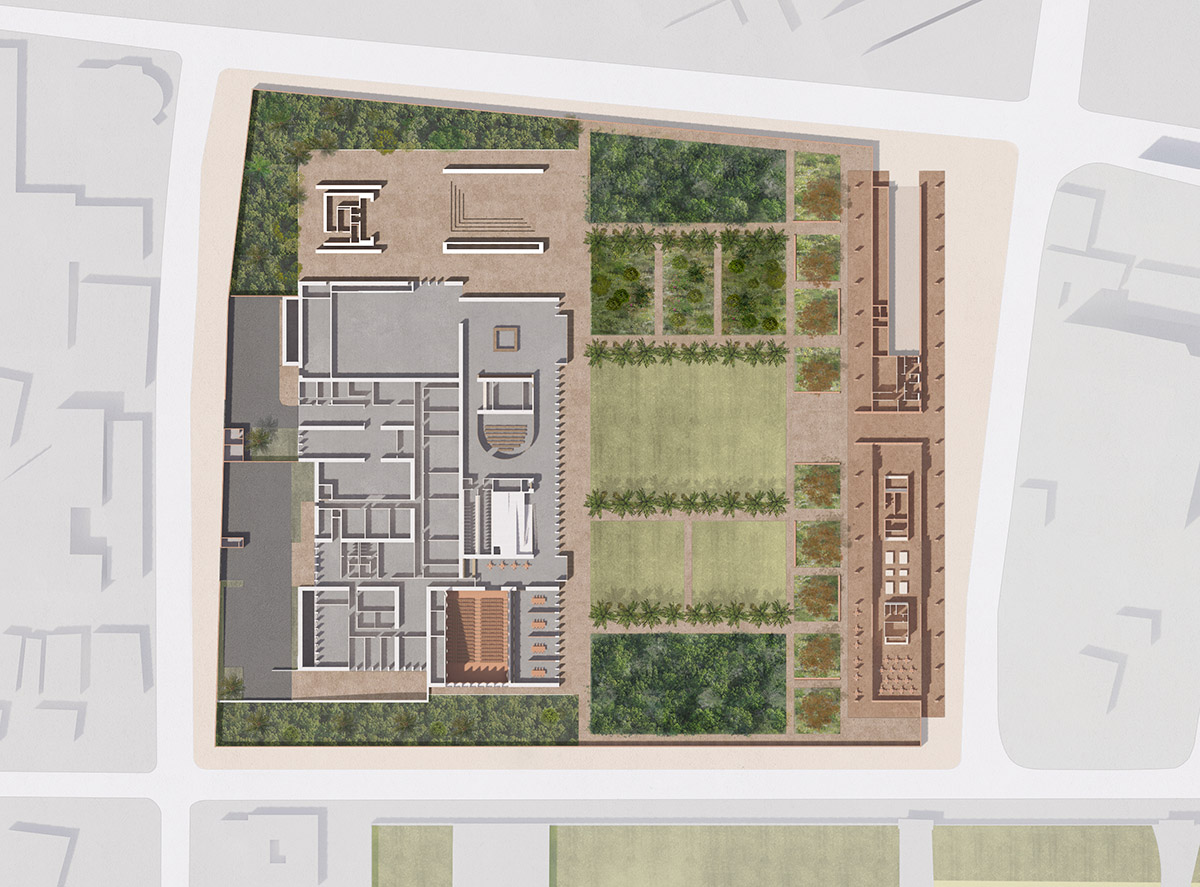 "Applying our research into Benin’s extraordinary ruins, the city’s orthogonal walls and its courtyard networks, the museum design reconstructs the inhabitation of these forms as pavilions that enable the re-contextualization of artefacts."

"Decoupling from the Western museum model, the EMOWAA will perform as a reteaching tool - a place for recalling lost collective memories of the past to instil an understanding of the magnitude and importance of these civilizations and cultures," added Adjaye.

“Benin City is an ancient city with an incredible richness of artefacts and ruins that could and should form the bedrock of a centre for research, education in archaeology, art, curation and preservation," said Governor Godwin Obaseki. 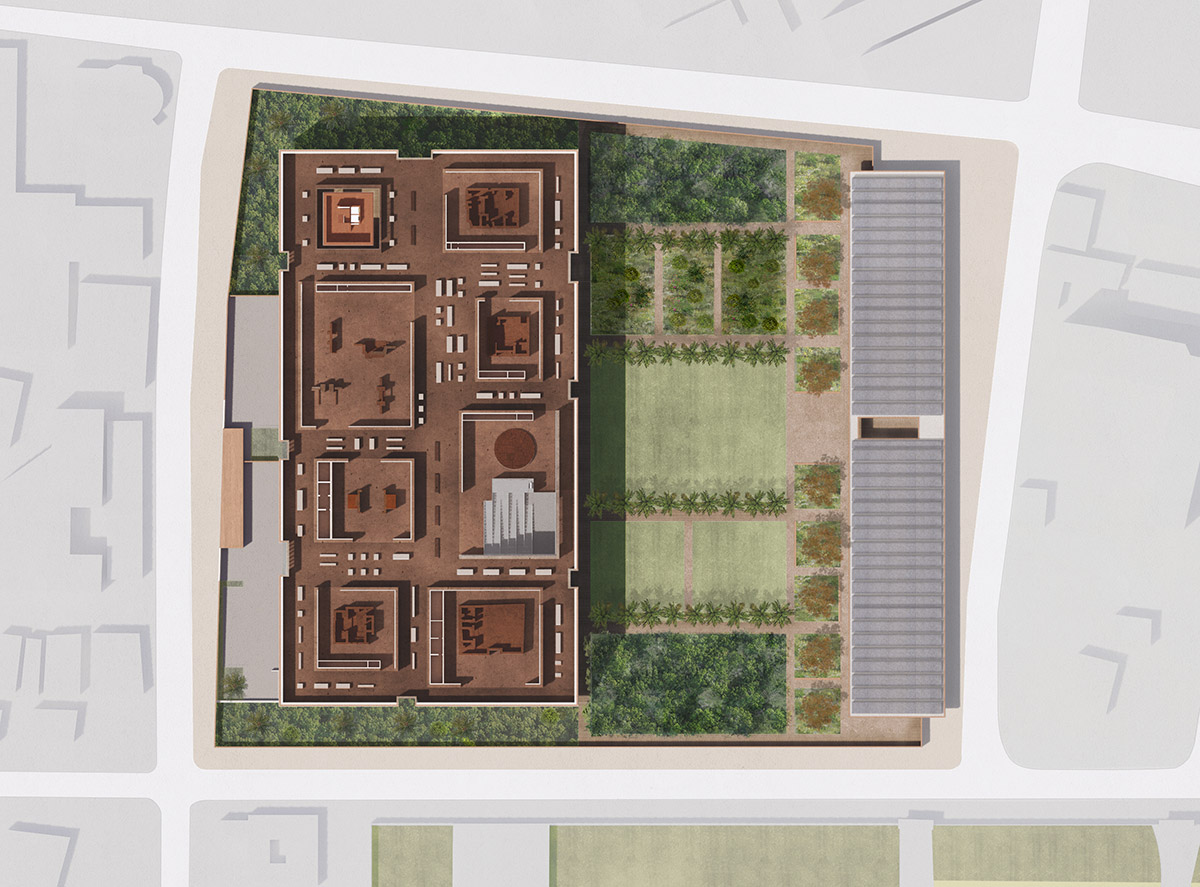 "The construction of a world-class museum in the historic part of Benin City requires archaeological work to ensure historic remains buried below the ground at the museum construction site are preserved and recorded, and artefacts can be catalogued and preserved for display and to become part of the future collections of the new museum."

"I believe that this partnership archaeological work will begin to establish world-class archaeological research in Edo State and begin the journey towards the new museum and research centre," added Godwin Obaseki.

The archaeology project commences in 2021 and will continue for a period of five years to enable the timely construction of the museum.

Initial work will involve extensive consultations with and input from local stakeholders – residents, historians, artists, and members of craft guilds – in a series of workshops, to help establish local priorities and interests. 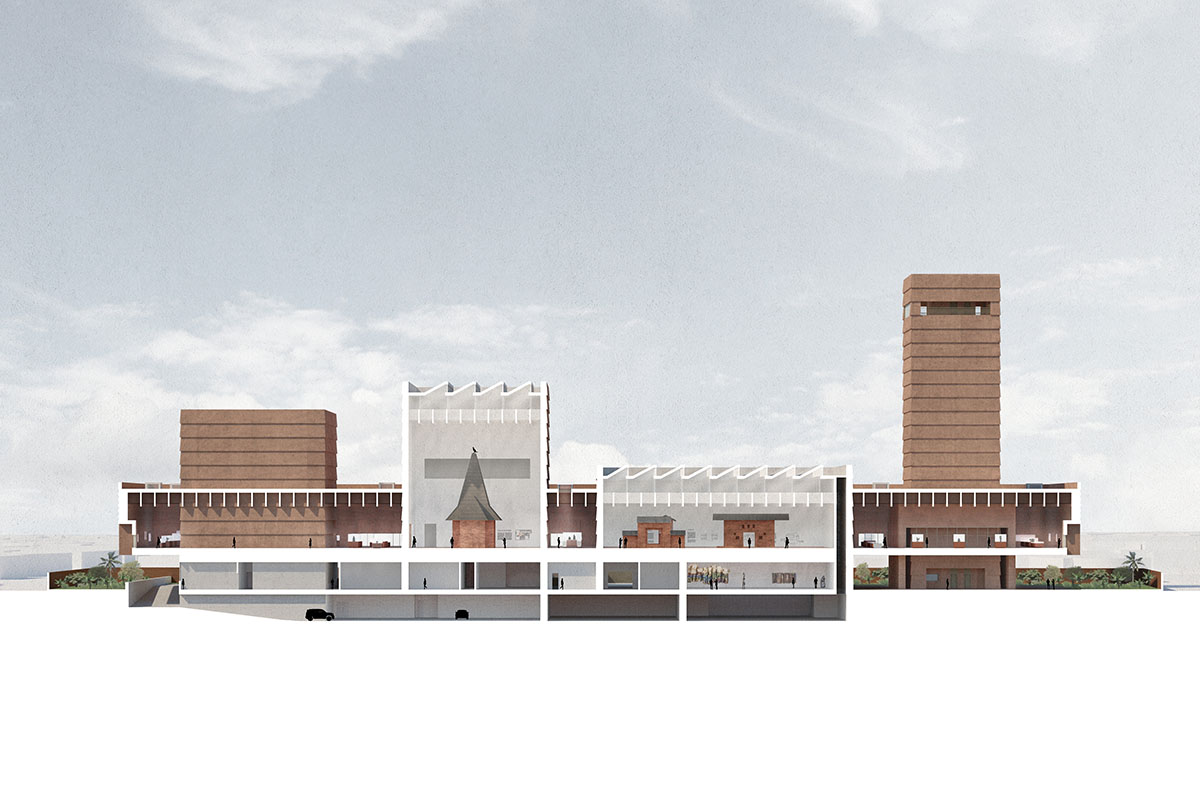 Initial archaeological work includes surveys of the museum site and the wider surroundings (LIDAR and geophysical surveys), to more fully understand the sub-surface remains and to help target excavations. The focus of excavations and fieldwork will be at the new museum site and in the immediate surroundings.

Excavated objects will become part of the EMOWAA museum collections and displays, and all objects will remain in Nigeria. The project will be led by a joint Nigerian and British team and will involve the creation of a number of new roles.

Archaeological heritage and research collaborations will be developed with a range of Nigerian and international partnerships, including a significant partnership with the National Commission for Museums and Monuments (NCMM). 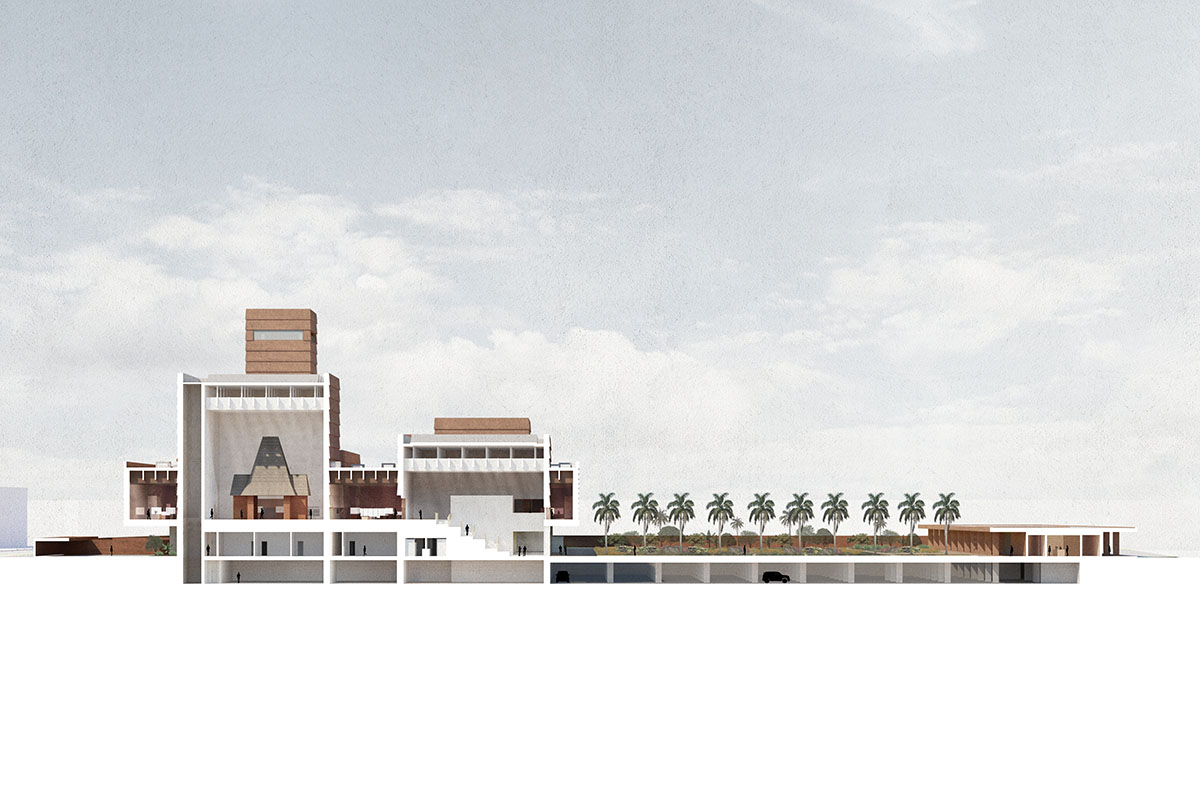 Educational partnerships with universities, technical institutes as well as schools and young learners, will further generate local involvement in the project and will seek to develop archaeological expertise through both practical experience and theoretical training.

The development of the project will run concurrently with the Digital Benin project, which will be collating all information and documentation on Benin material across the world on a single online platform

Previous archaeological investigations in Benin City have focused largely on the monumental defensive wall structures which once surrounded the city and are today still partially visible.

The limited test excavations, which took place in the centre of Benin City in the 1950s and 1960s, however, revealed some very important finds.

These included preserved buildings and traces of elaborate pavements made of pottery fragments.

Excavated objects comprised various metal-work items, such as a brass snake’s head and part of a plaque depicting a mudfish, as well as a variety of other objects telling the life of the pre-colonial kingdom, from decorated pottery vessels to traded glass beads. Today, these finds are little-known and the buildings and pavements lay buried below the modern city.

This project will look at new ways of engaging local communities, through workshops, publications, talks and digital content, reconnecting local people with their history and highlighting the significance of the history of the Kingdom of Benin.

All images courtesy of Adjaye Associates