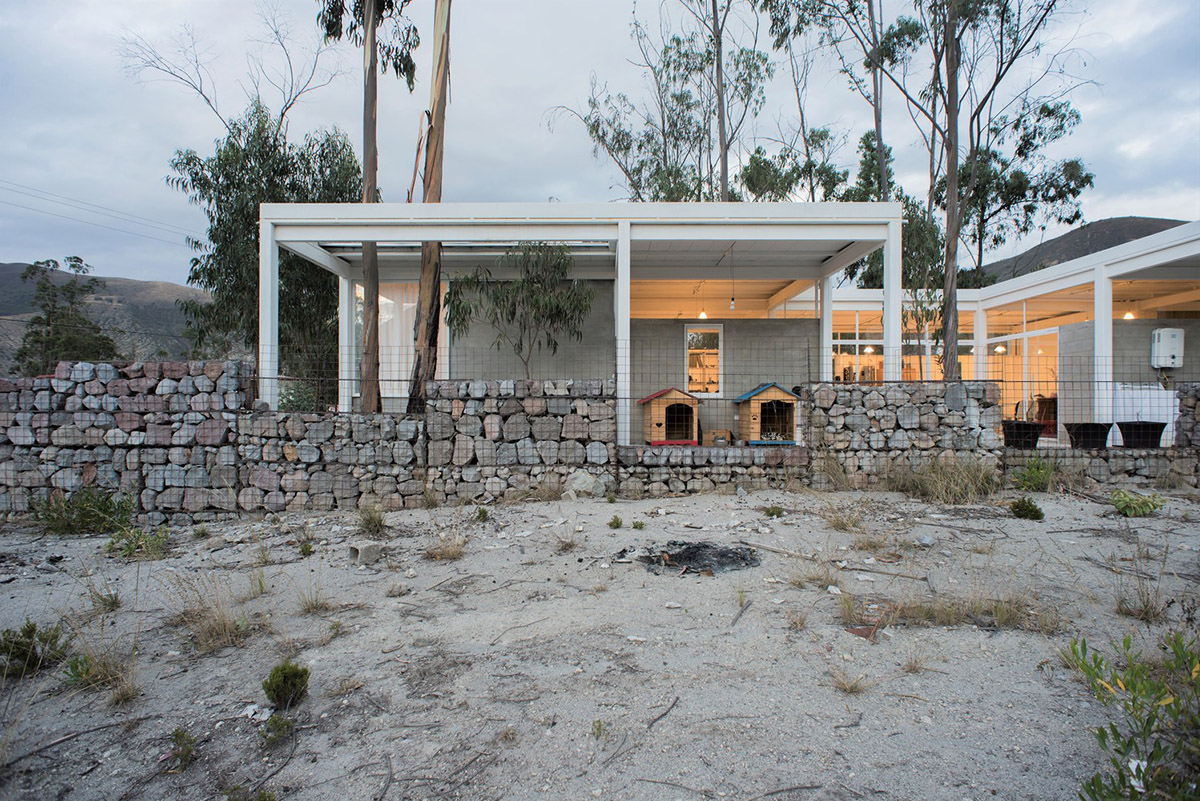 Marco Salazar Valle has combined steel and concrete material to create a lightweight structure for a house in Quito, Ecuador. The house is marked with steel frames and under of it concrete material completes the whole house, creating a perfect balance in between them.

Called House in La Marca, this technique was primarily preferred for economic reasons. The 203-square-metre house is described as "a universal primitive refuge where a good combination of steel and concrete takes place. 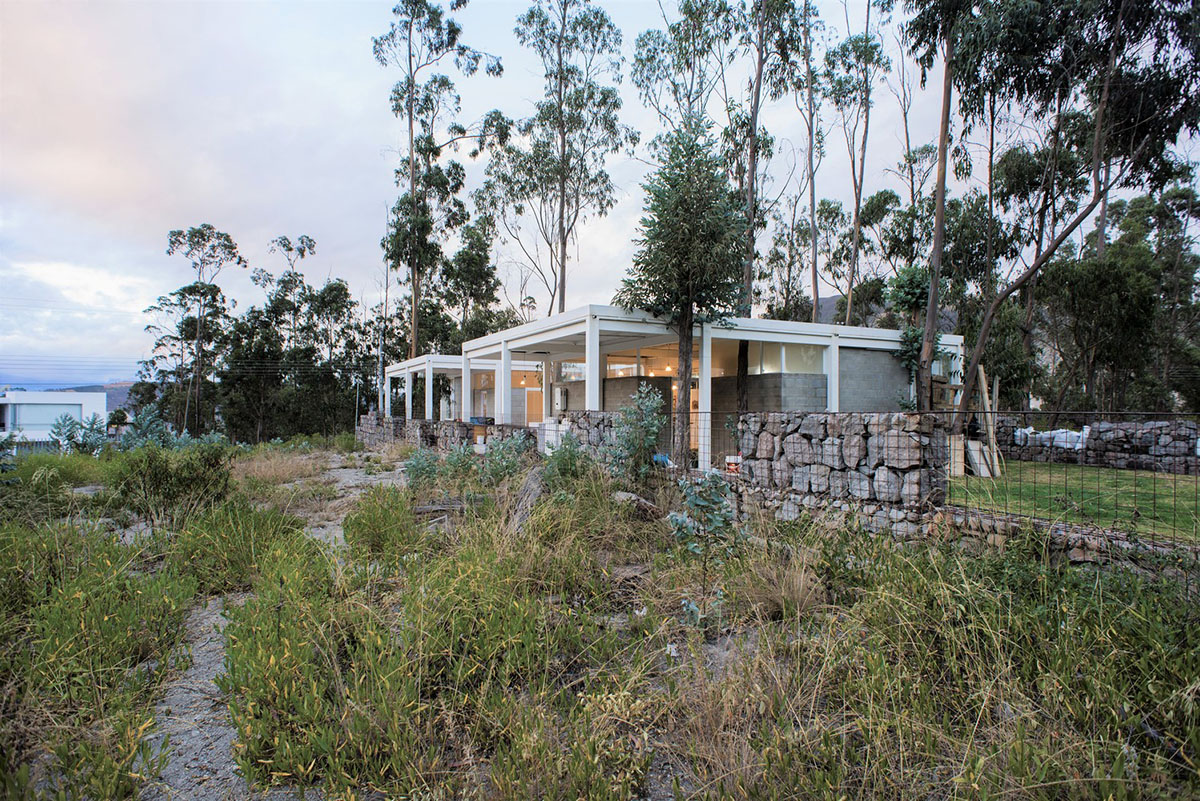 "These materials synthesize industrialized construction materials and craft work. The house accepts this generic universal condition of its tectonics and positions itself as an absolute shape that takes advantage of the elevated terrain," said the office.

"This absolute and generic condition is confronted with the variety of layouts defined by non-load bearing walls within the virtual arcaded volume." The architects maintained the existing eucalyptus trees as a kind of archetypal columns, tree-columns that are preserved as they were found. The progressive rhythm of the mesh in the plan results in the negotiation between existing trees, urban regulations and dimensional requirements. 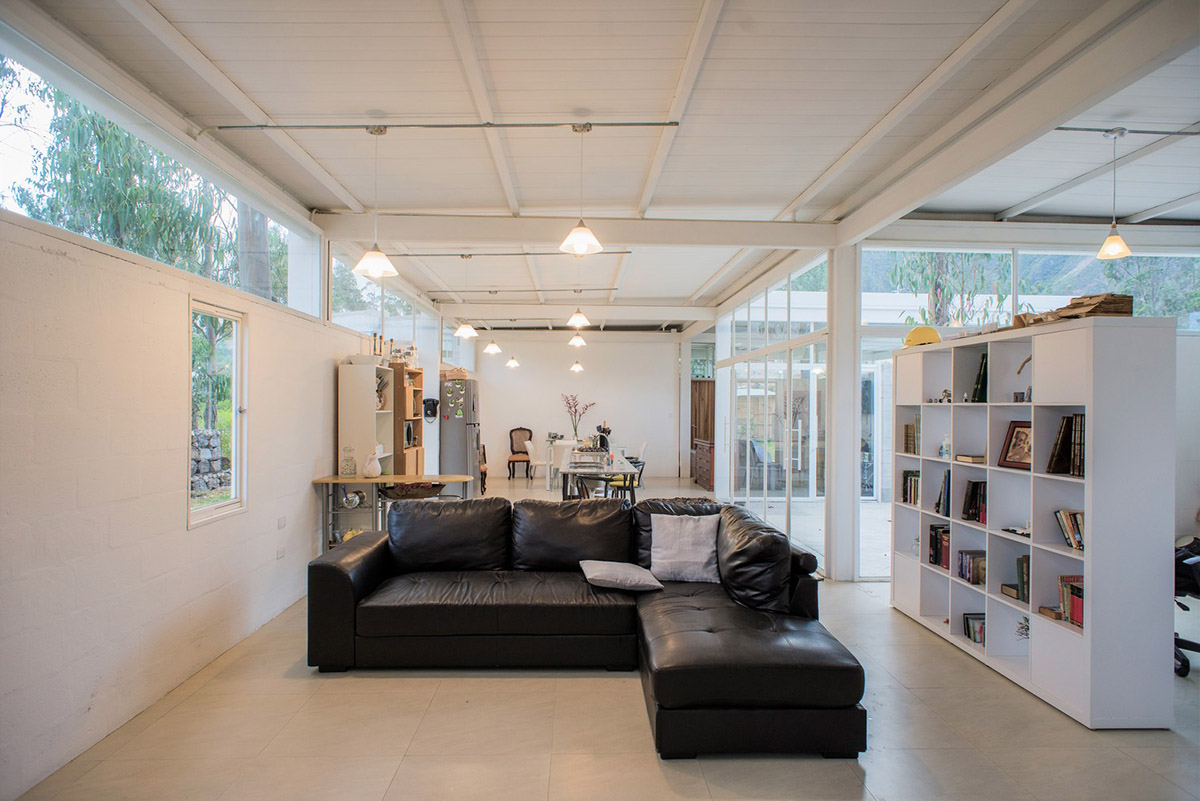 The architects developed a central organization, where the tension between symmetrical and asymmetrical schemes becomes evident. The central kitchen responds to the demands of the program, considering this as the main source of daily activities and social gatherings, the kitchen commands the common space that is suggested as an open matrix of adjoining rooms due to the presence of the courtyard. 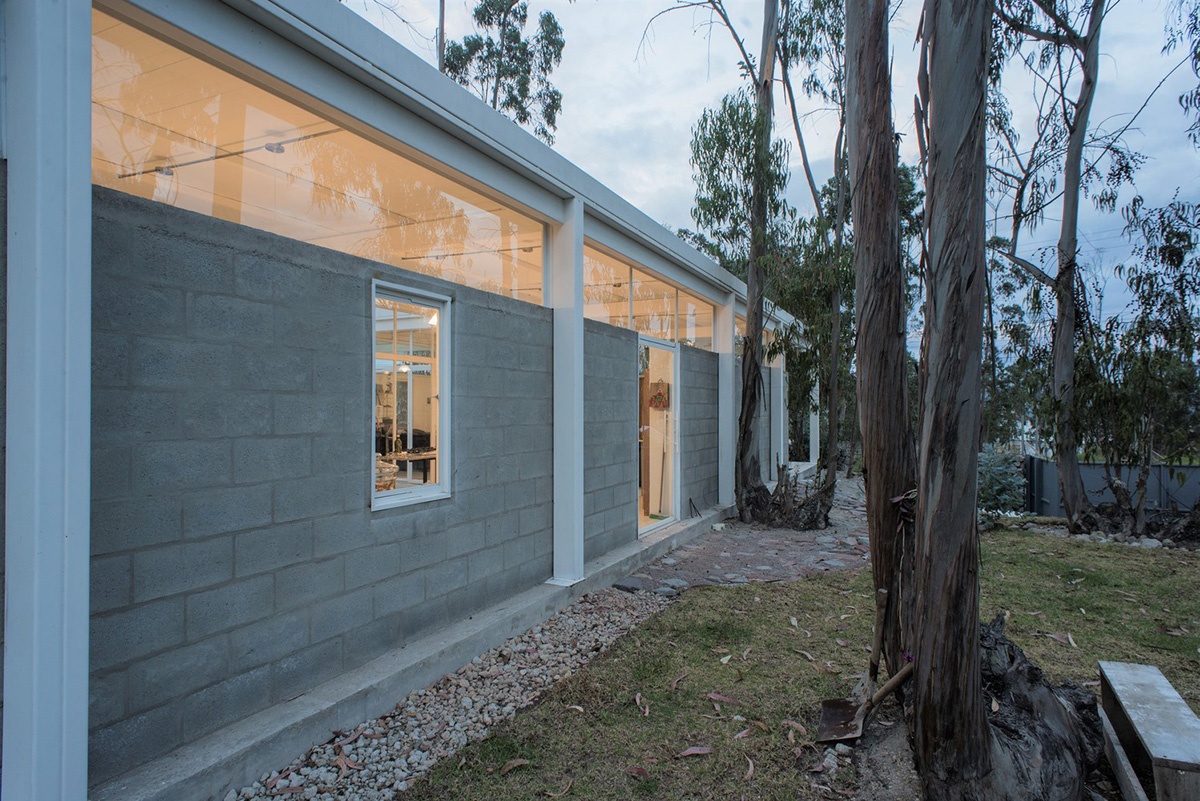 Hence, this space is generic and specific at the same time, the house is developed in an open plan but the central courtyard breaks its unitary amplitude and fragments it into five spaces: the kitchen, the hall, the dining room, the study and the living room. The 3-meter withdrawal becomes a kind of stoa. This portico configures a covered backyard where the machinery of the house is located. 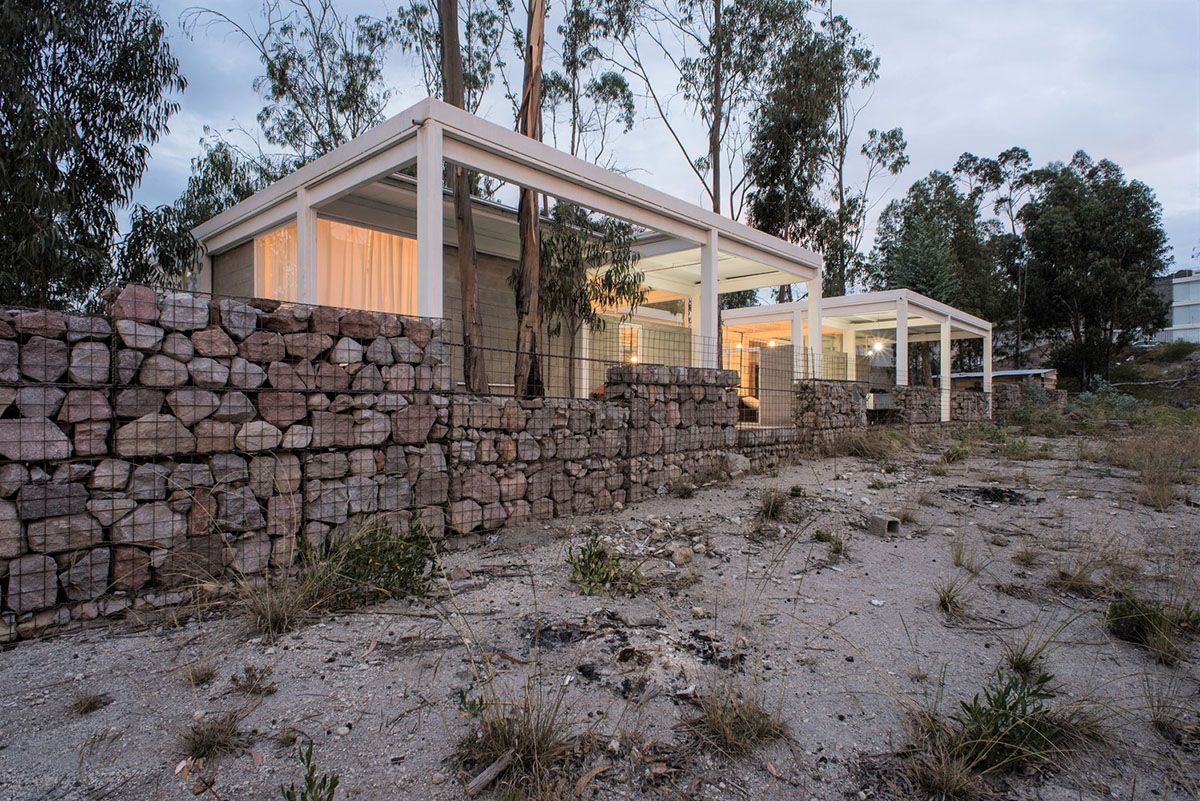 The two rooms are the most opaque spaces and constitute the boundaries of the house. The closed characteristic of the house allows privacy and thermal control for abrupt temperature changes during fog. 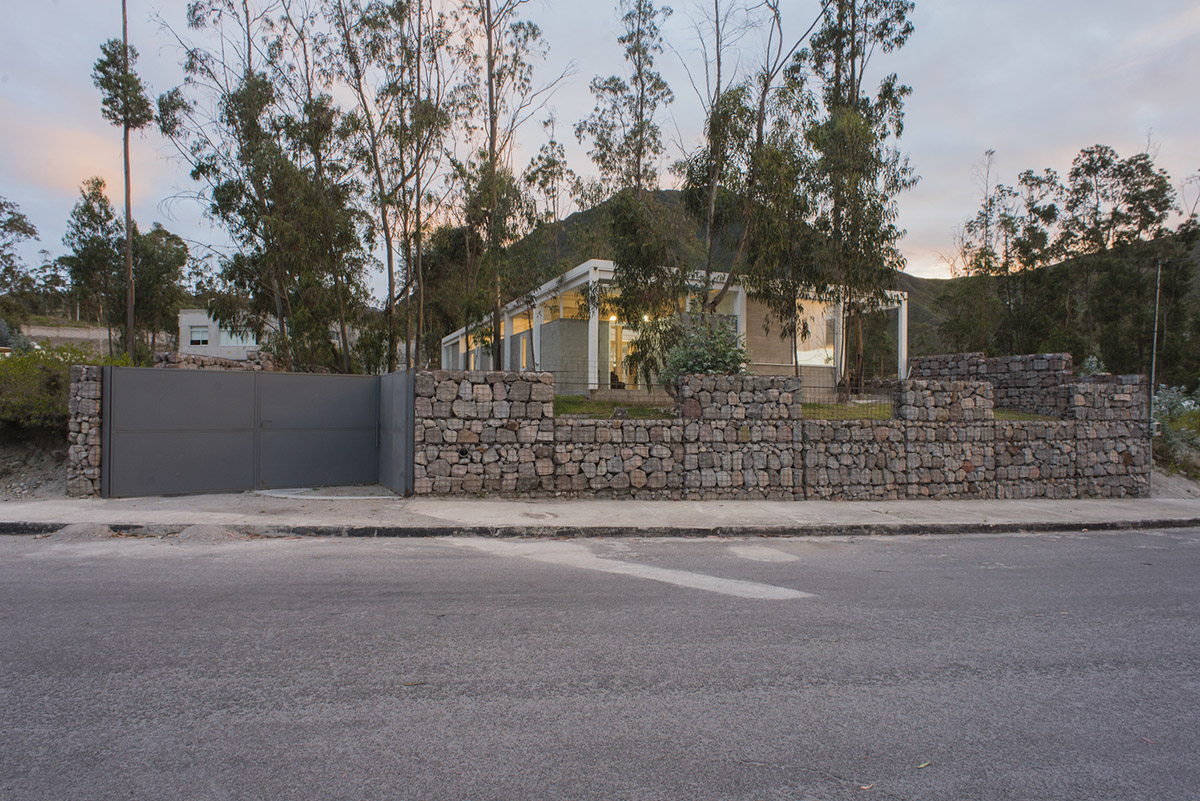 "The clerestories of the central space articulate the lightweight structure of the roof with the non-load bearing walls of concrete blocks. This lightweight steel structure completely covers the entire structure in the manner of a large industrial warehouse," the architects added.

"The clerestories allow a partial perception of the surrounding forest of eucalyptus trees, the mountains and the sky." 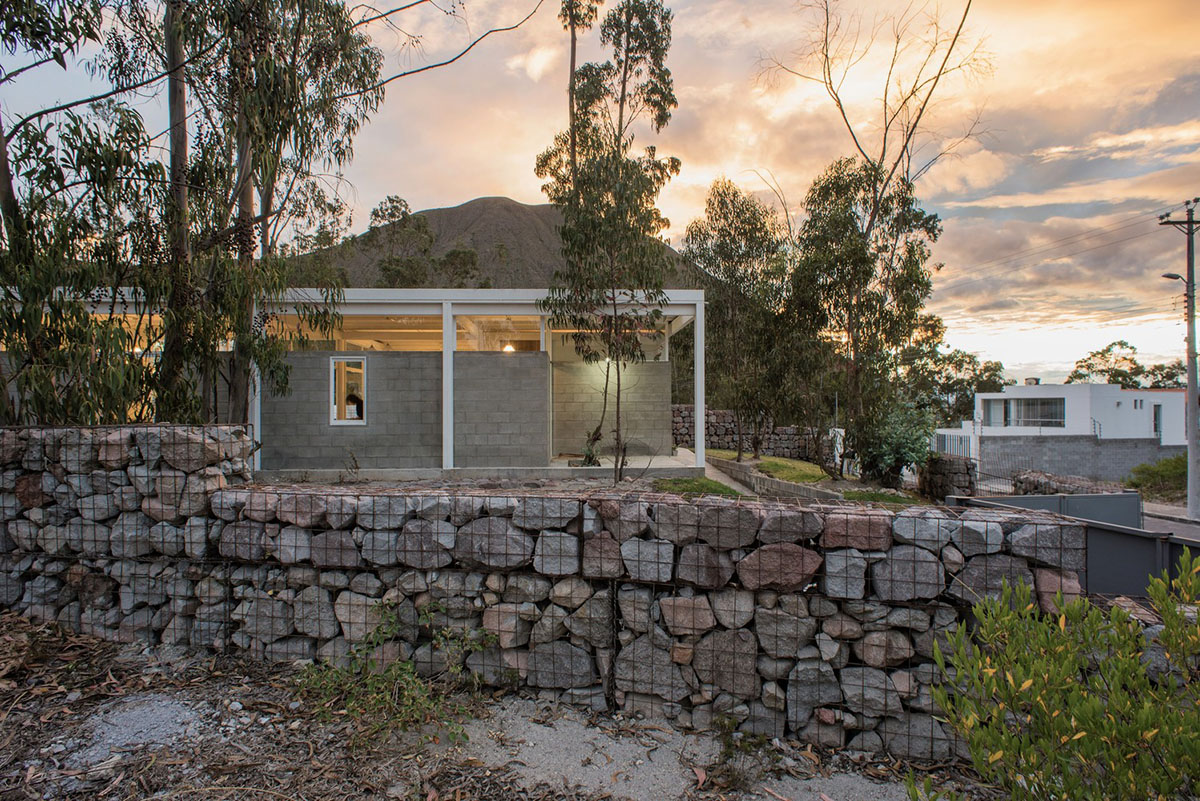 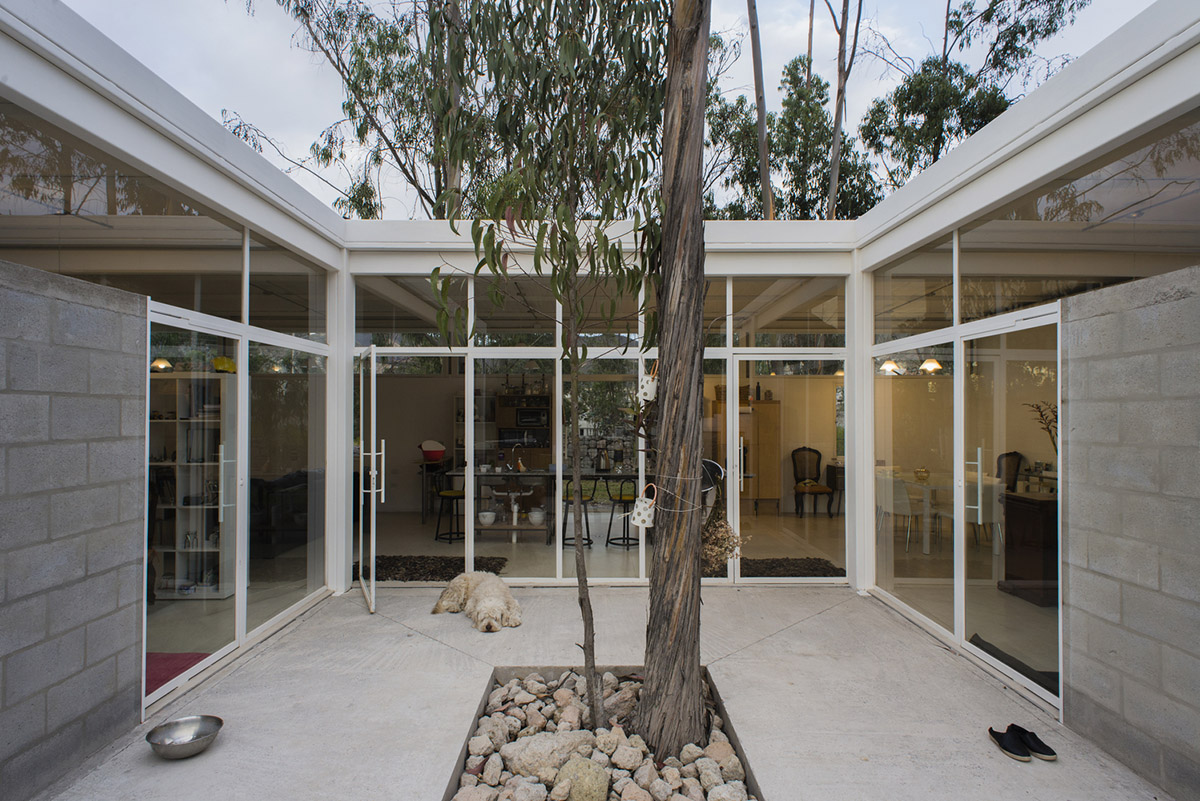 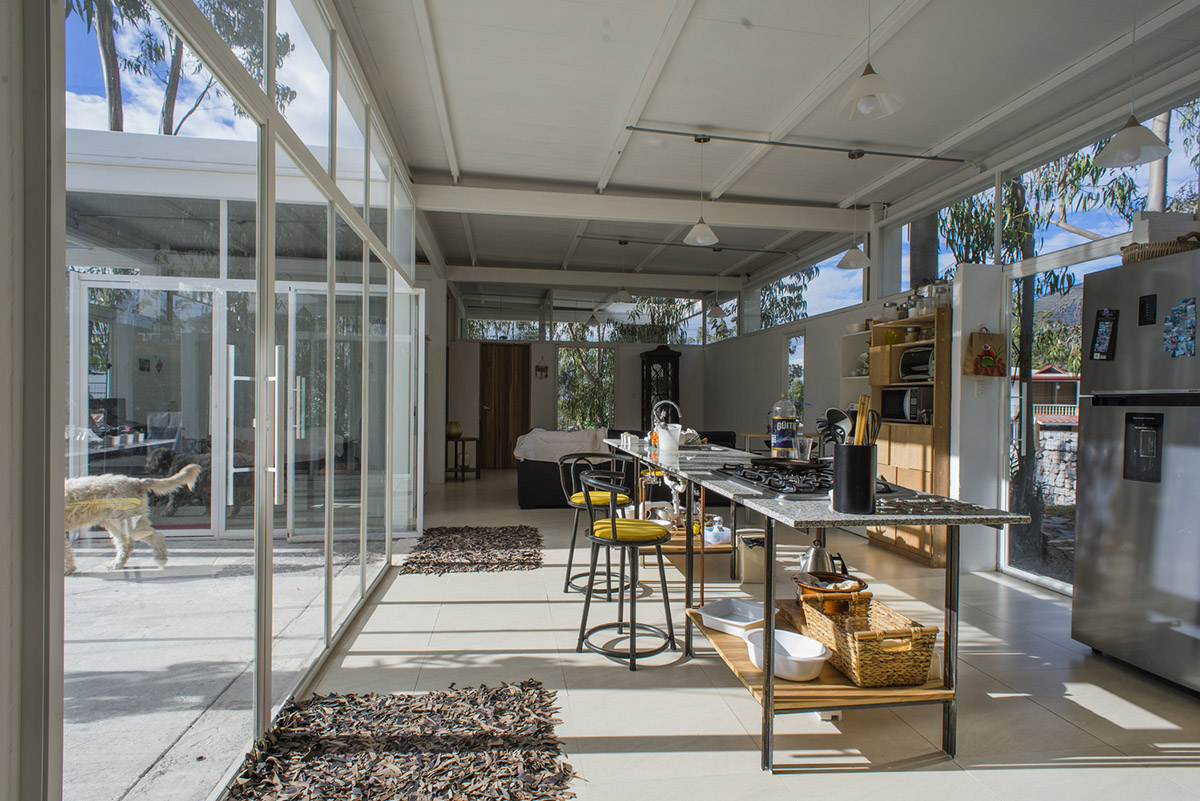 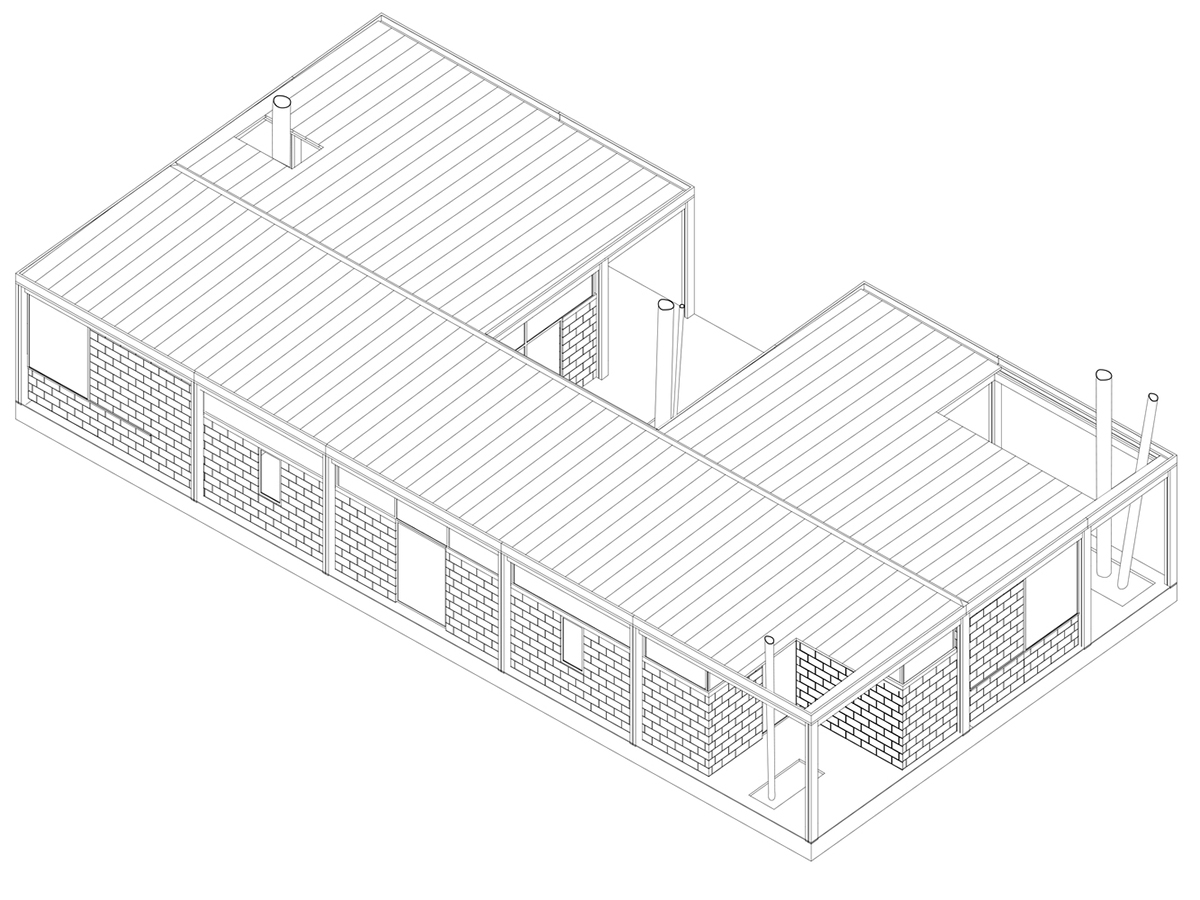 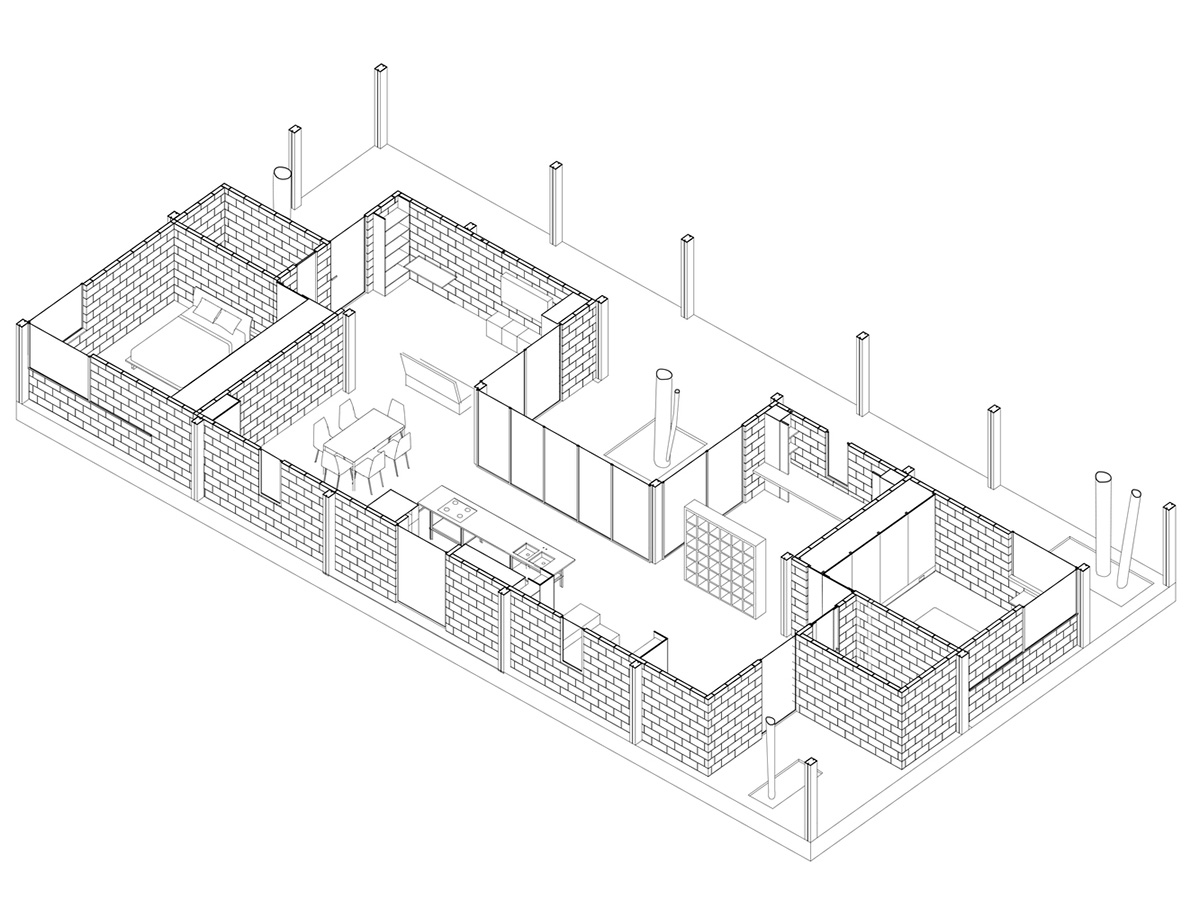 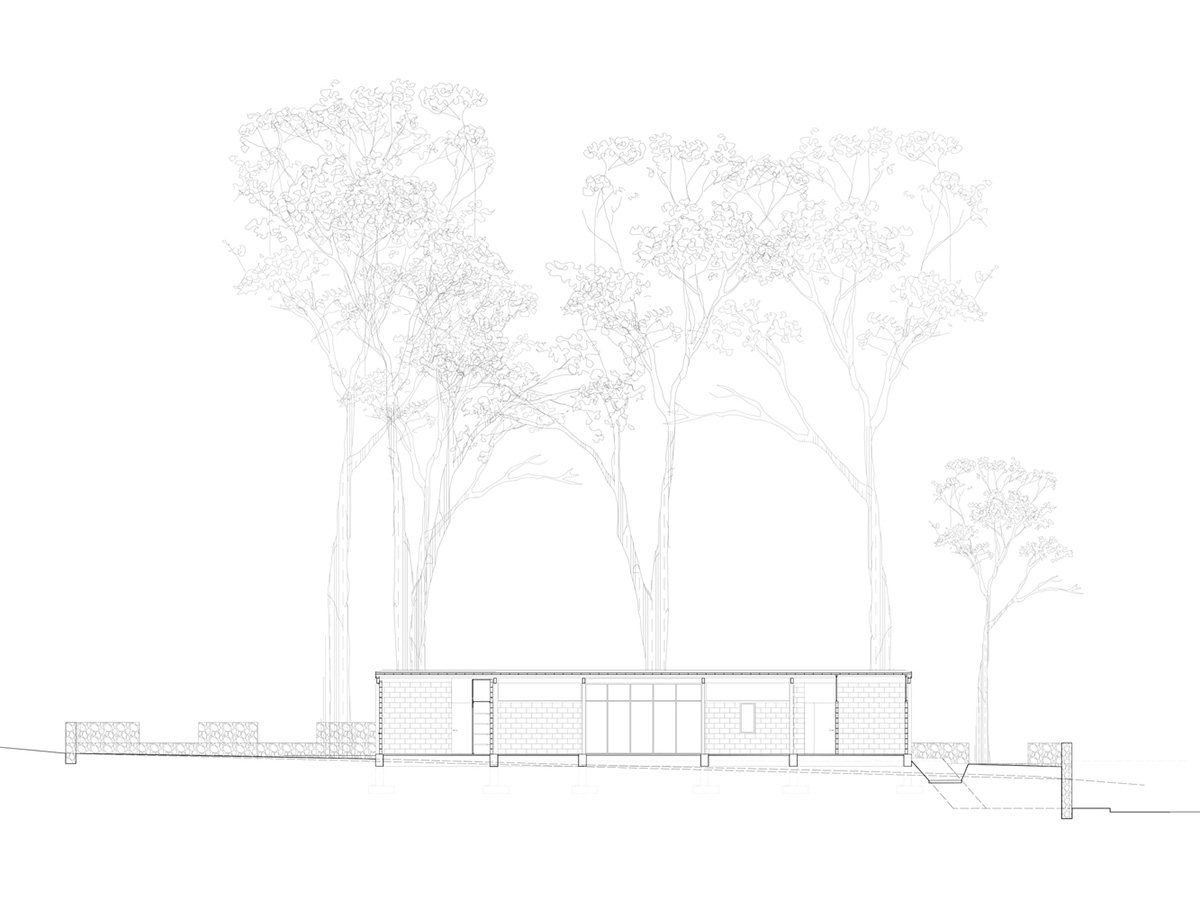 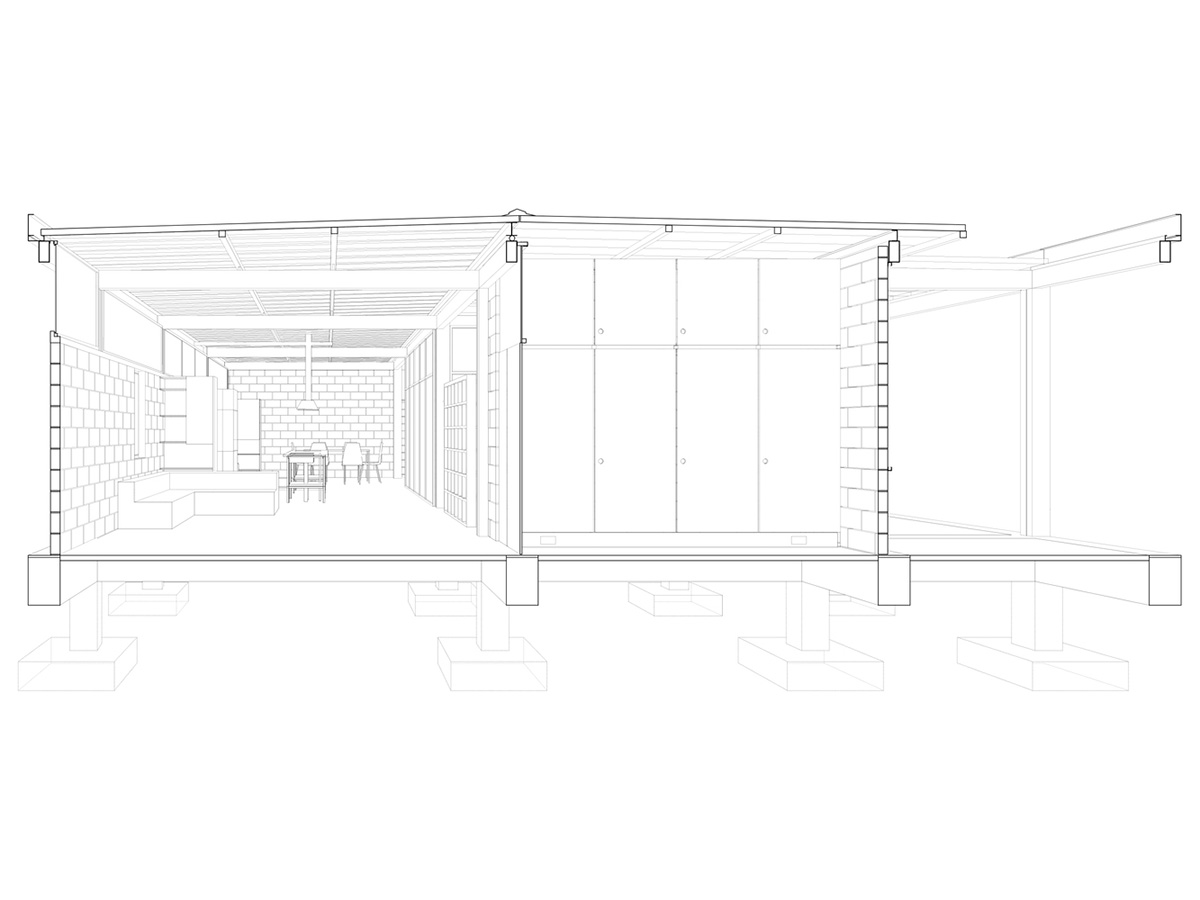 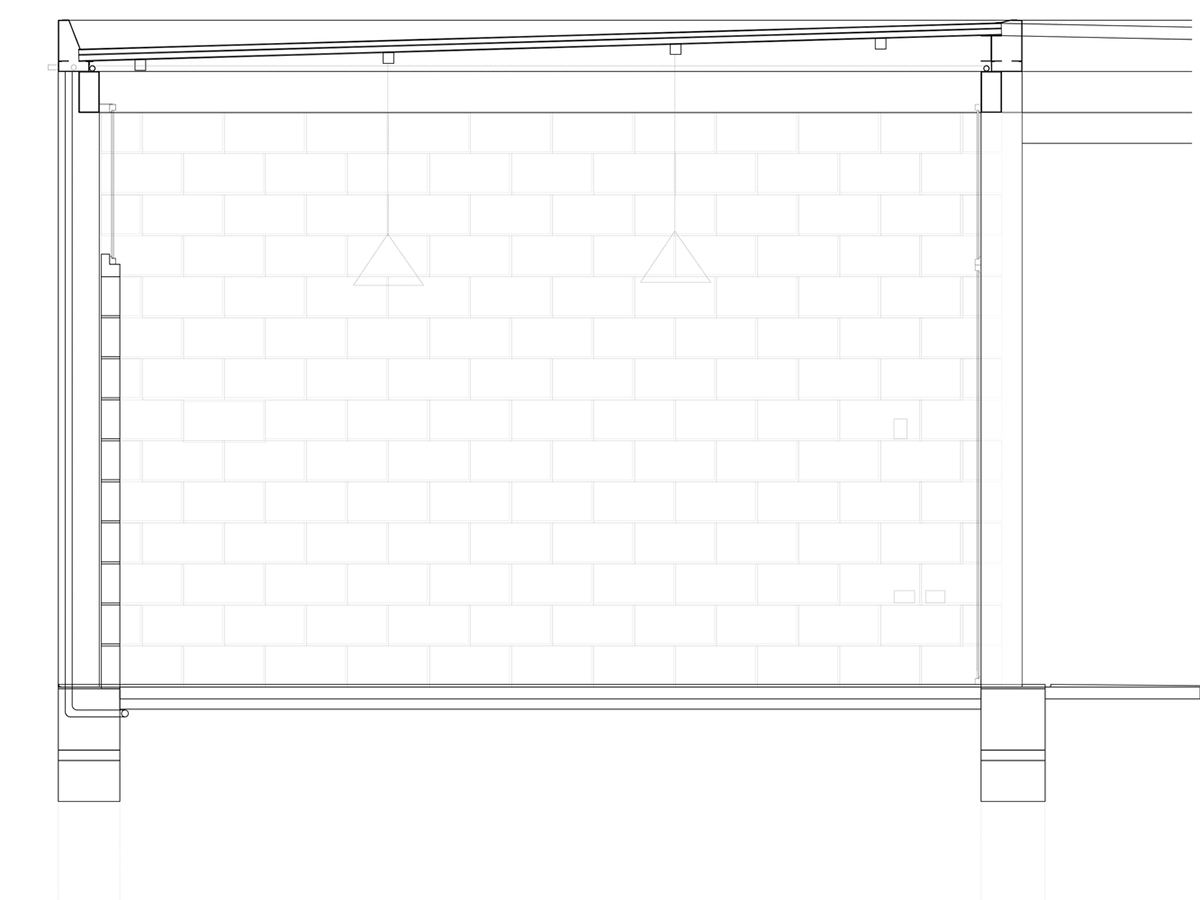 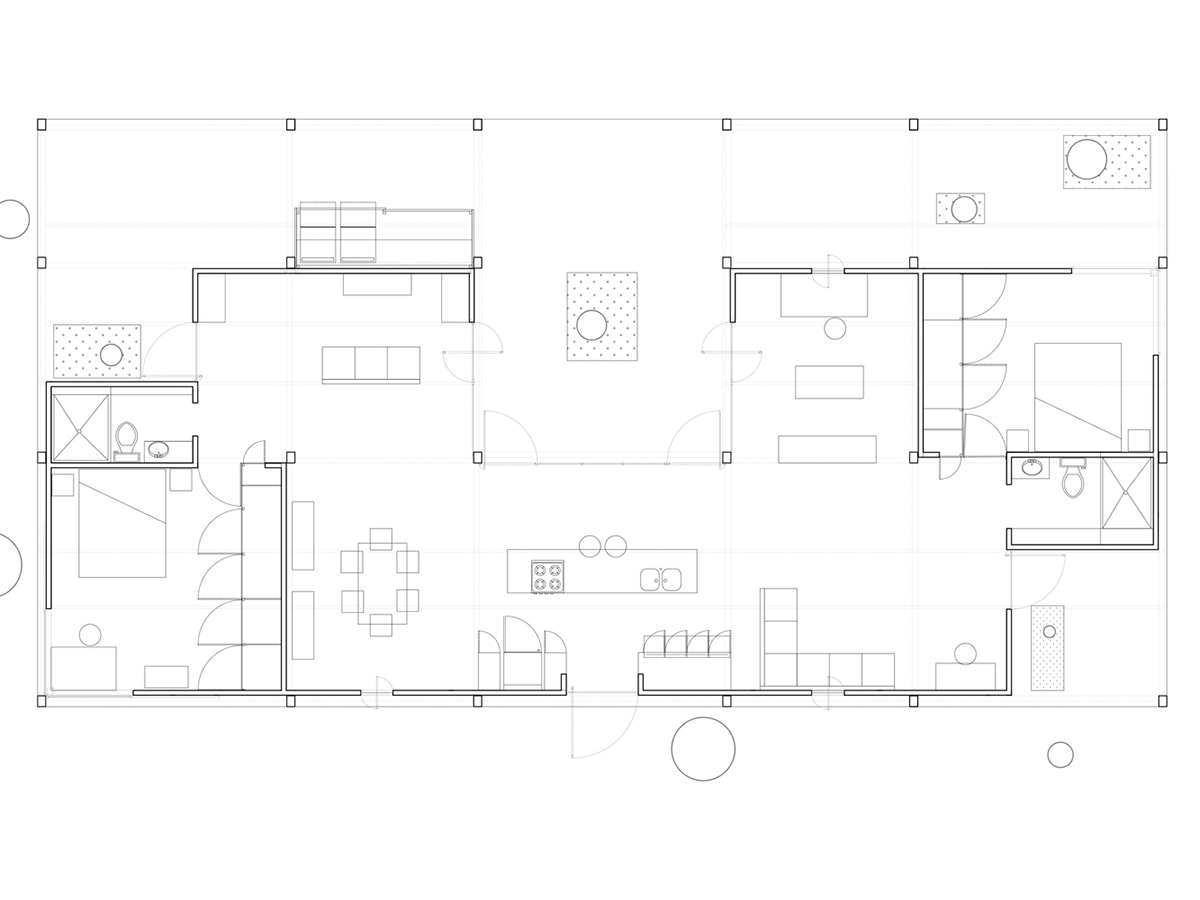 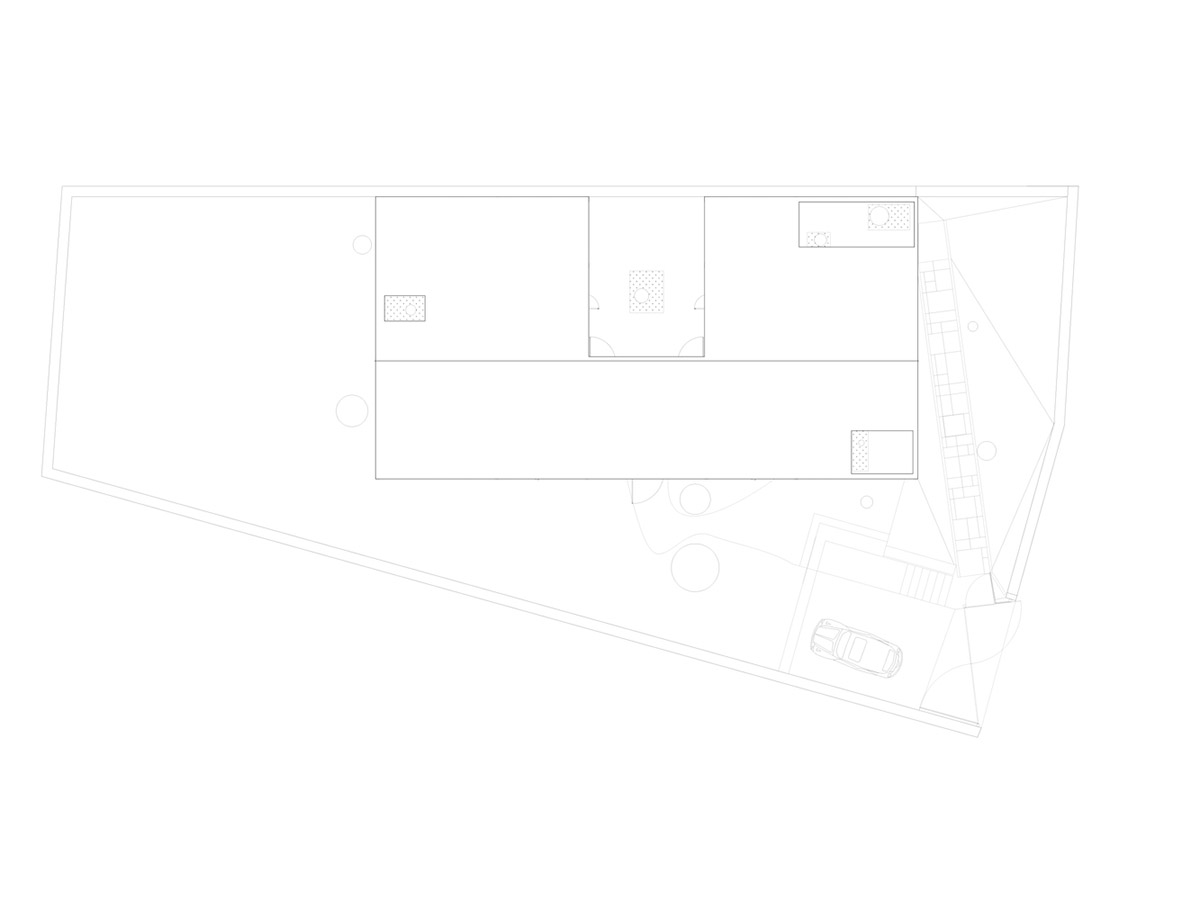 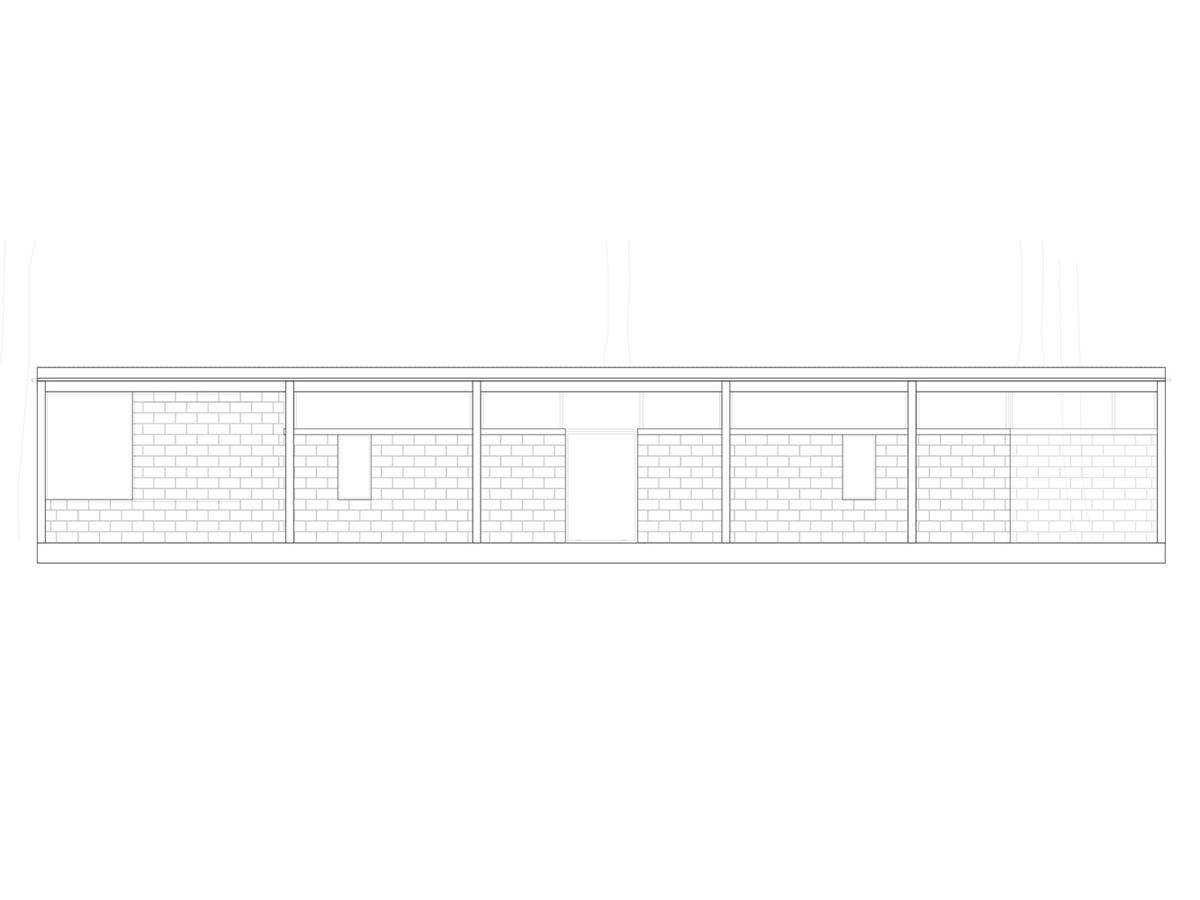 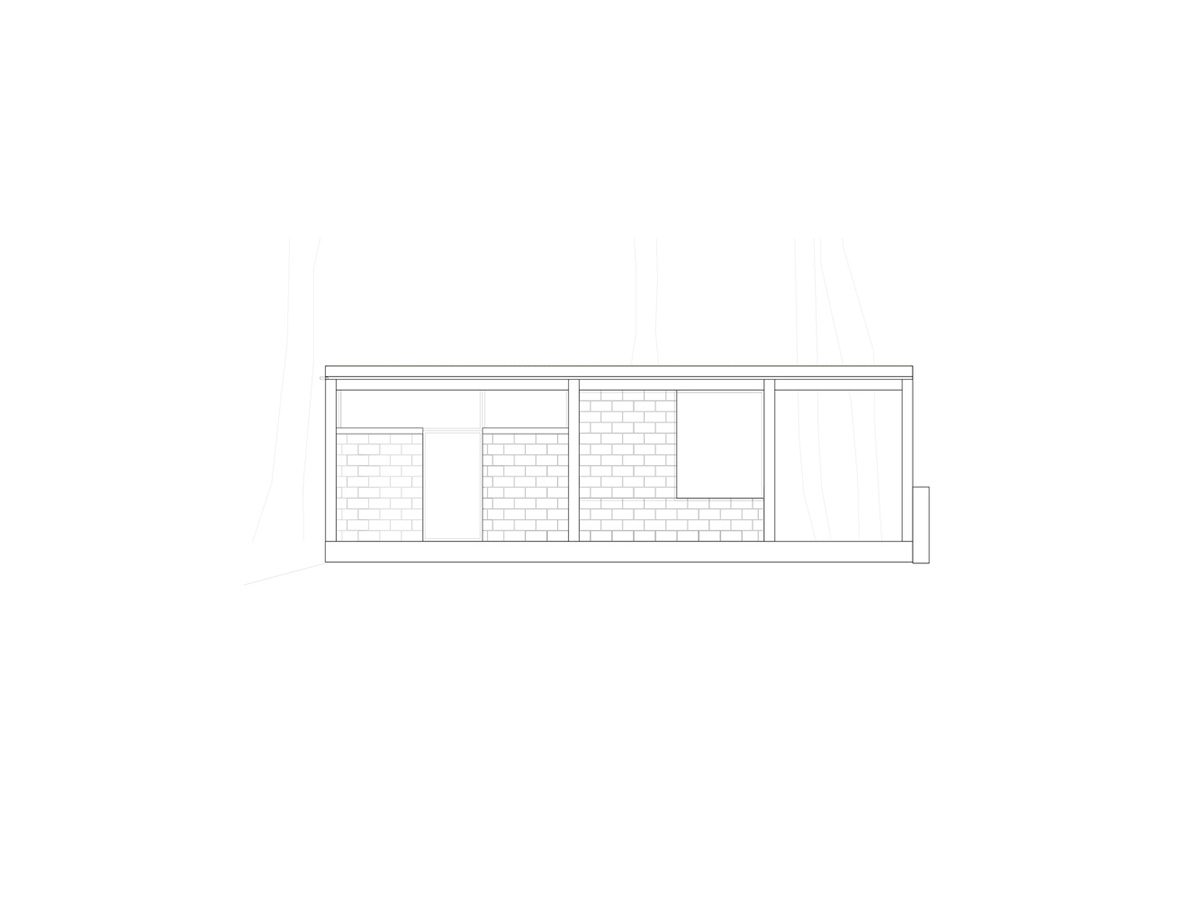 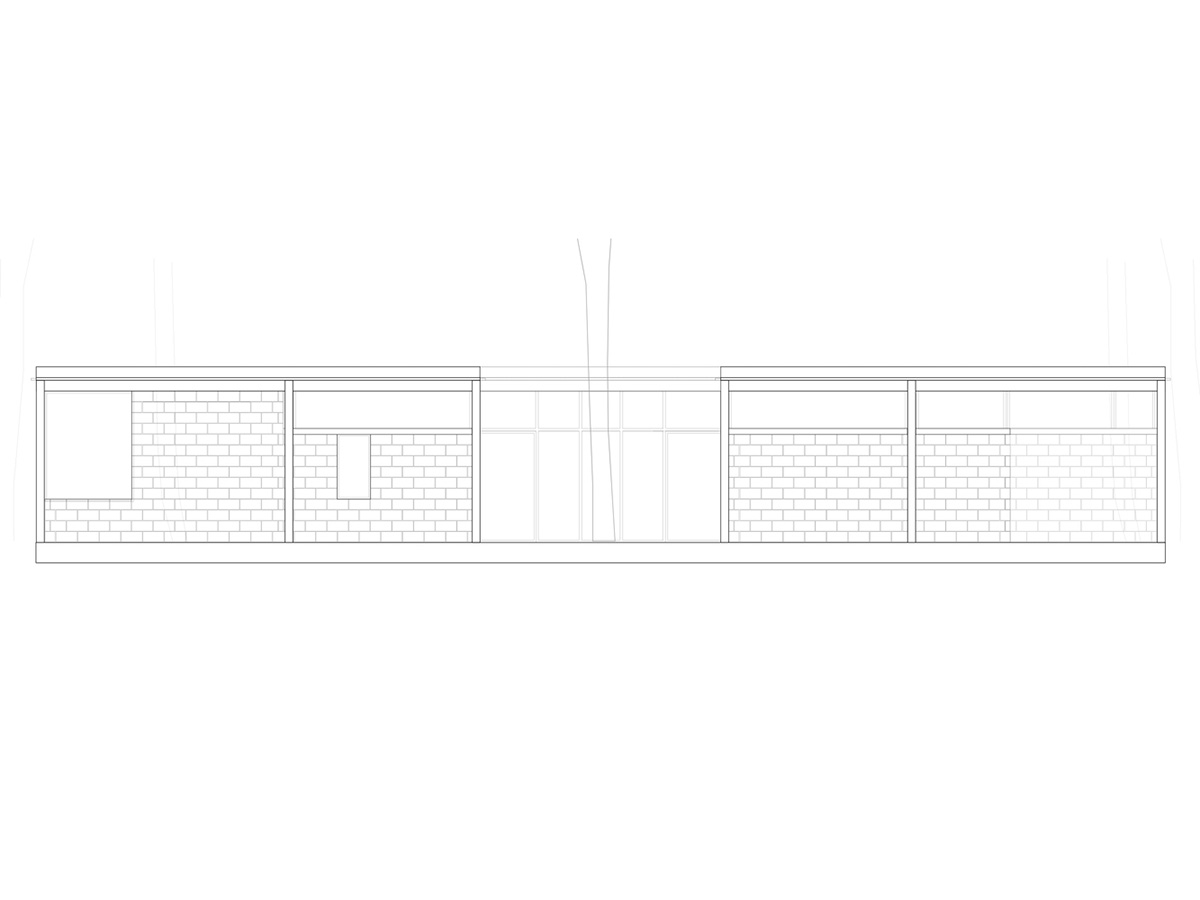 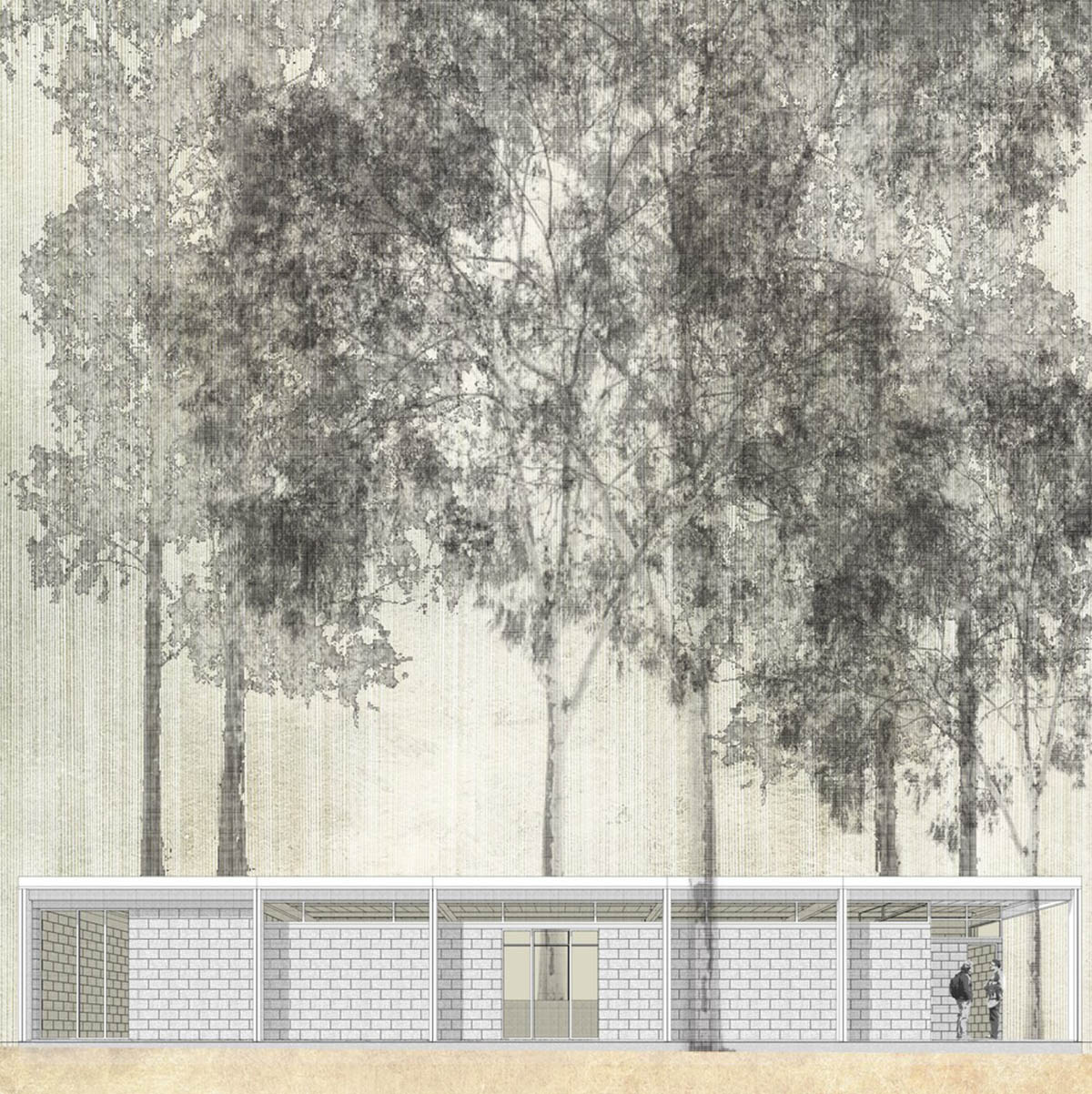