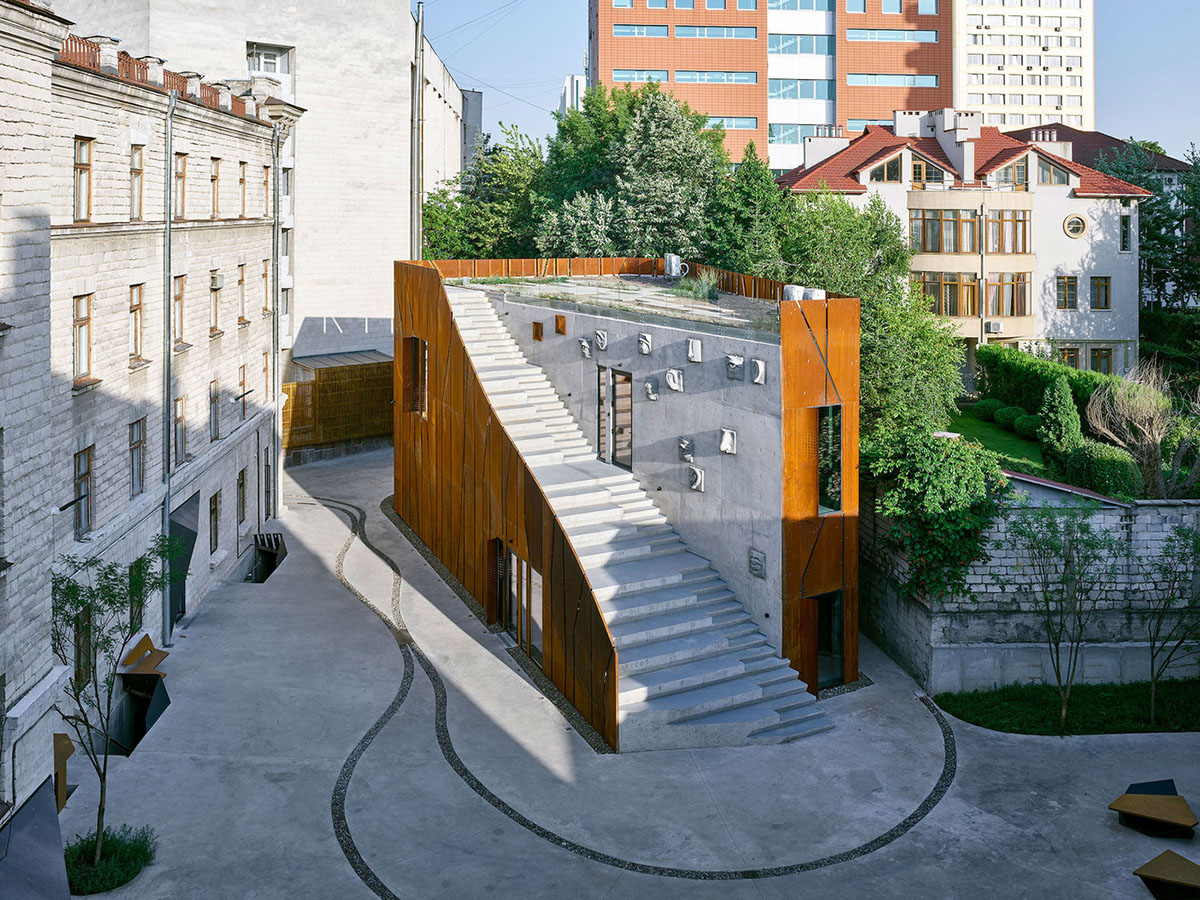 Moldovan architect Maxim Calujac has transformed the 1950s building into a new creative center that makes some part of the building usable and fully functional in a corner plot of Chisinau, Moldova.

Maxim Calujac's firm Kaluzhak Architecture was commissioned to transform an old building into a creative center in the historical center of Chisinau in the courtyard of the Art Academy (AMTAP). 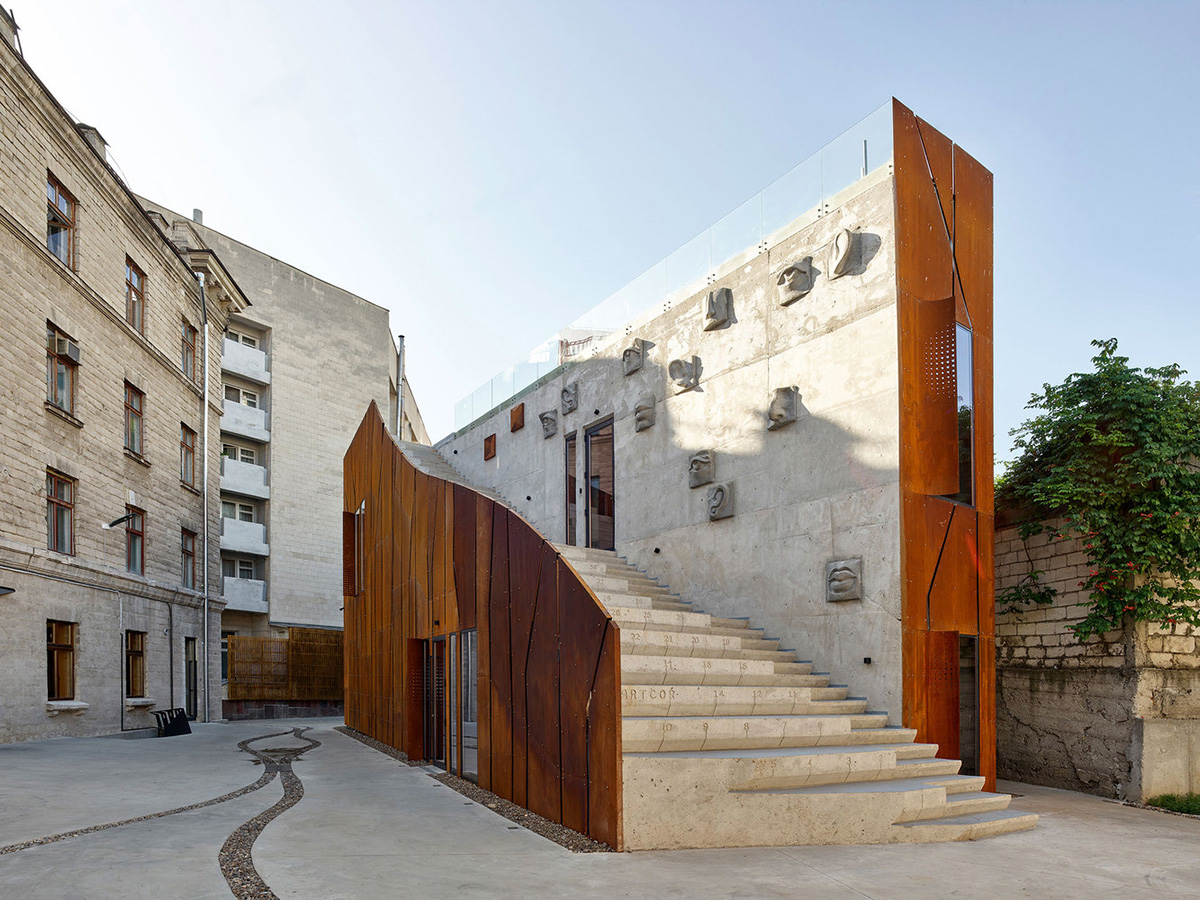 Then the architect created an efficient way to make its rooftop accessible to the public - giant public stairways both create a striking slice on the building and lead visitors to an open-air auditorium. 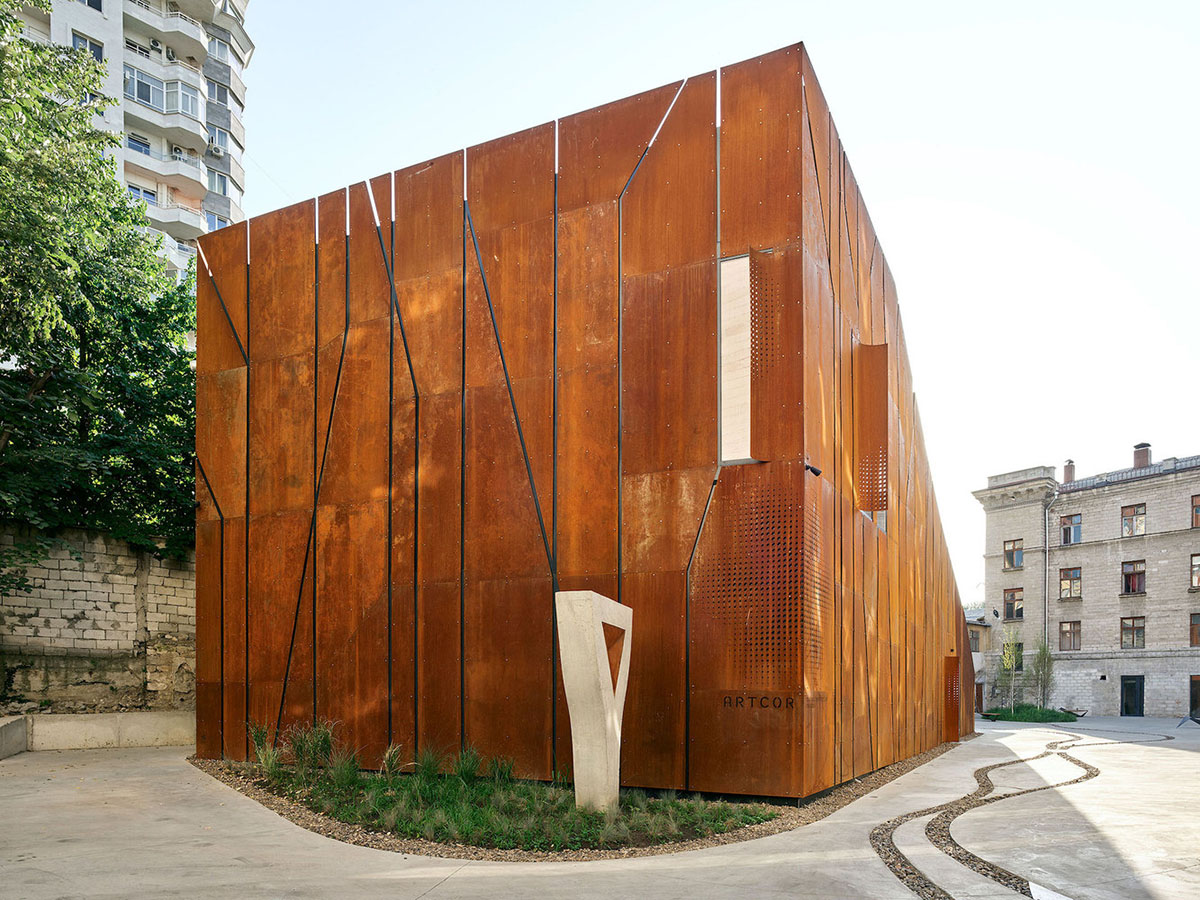 A part of the site area (encompassing 1,200 square meters) was occupied by old storage and jerry-building covering a total of 300-square-metre area, the demolition of which opened up the additional space for public use.

The spatial solution of the building was determined by the configuration of the plot position, the presence of an architectural monument, dated by the late 19th century and neighbor buildings. 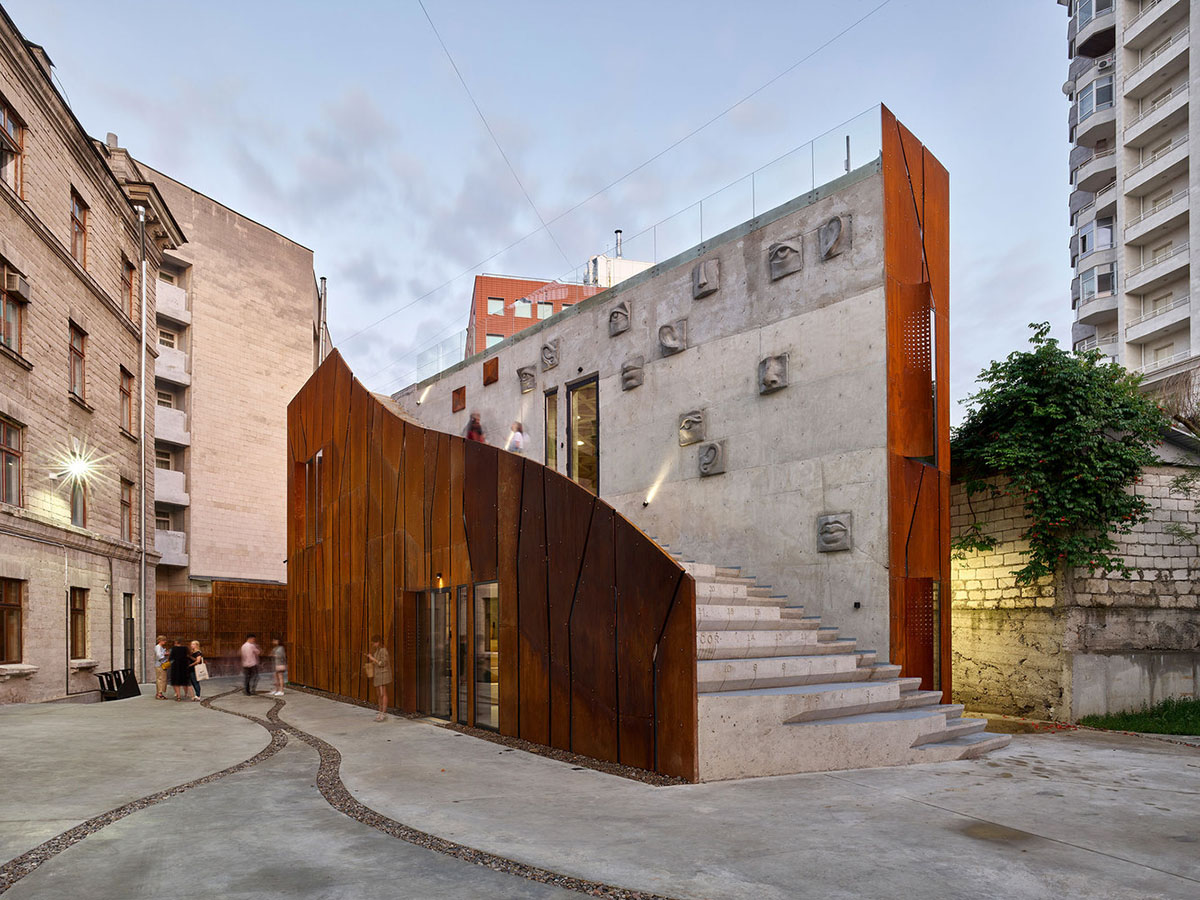 A mixed use of cultural and business space had been designed in new building, also the second floor is offering a space for workshops and startup collaborations. The roof represents a green terrace with access through the open-air auditorium stairs, which are oriented to the Cazimir-Keshco residential monument. 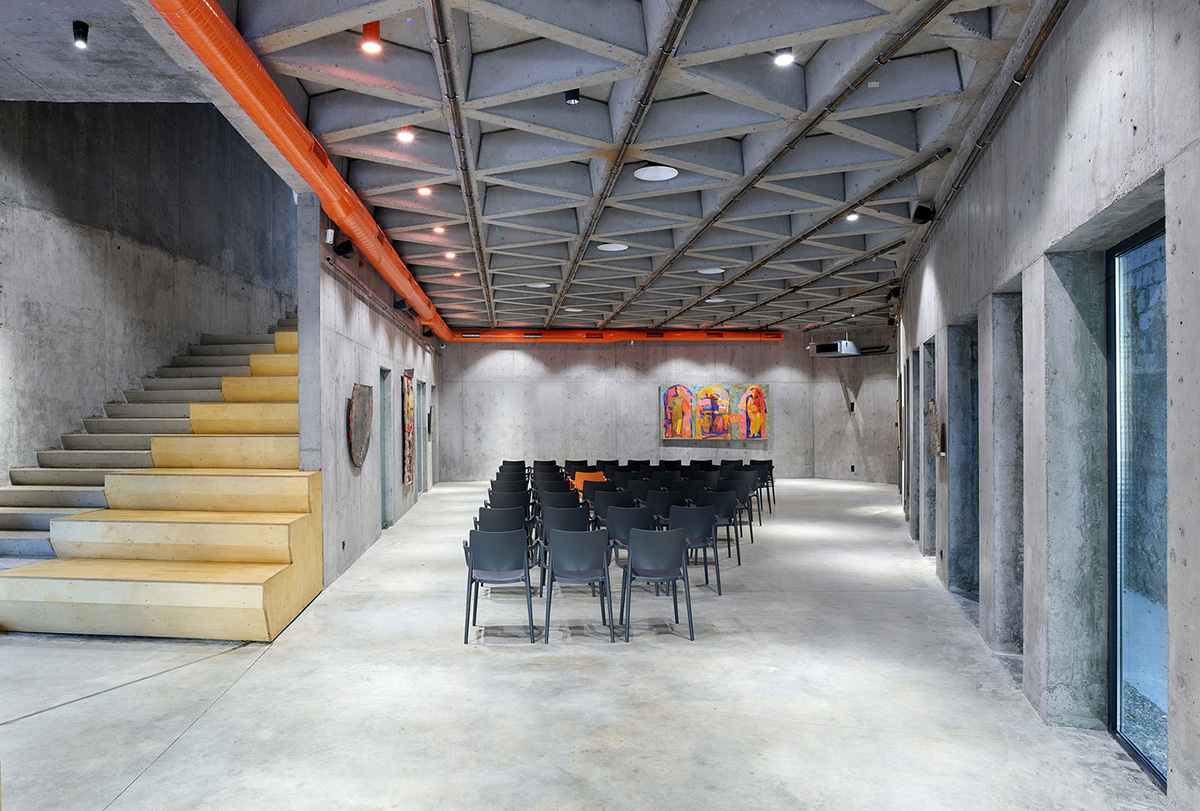 The left part of the first floor of the Academy’s building (built in 1950s) includes spaces for workshops, media library and meeting rooms. In addition, were added highlighted spaces for administration of the center, book and design shop. The musical part, consisting in sound recording space and rehearsal rooms, has been moved in the refitted basement. 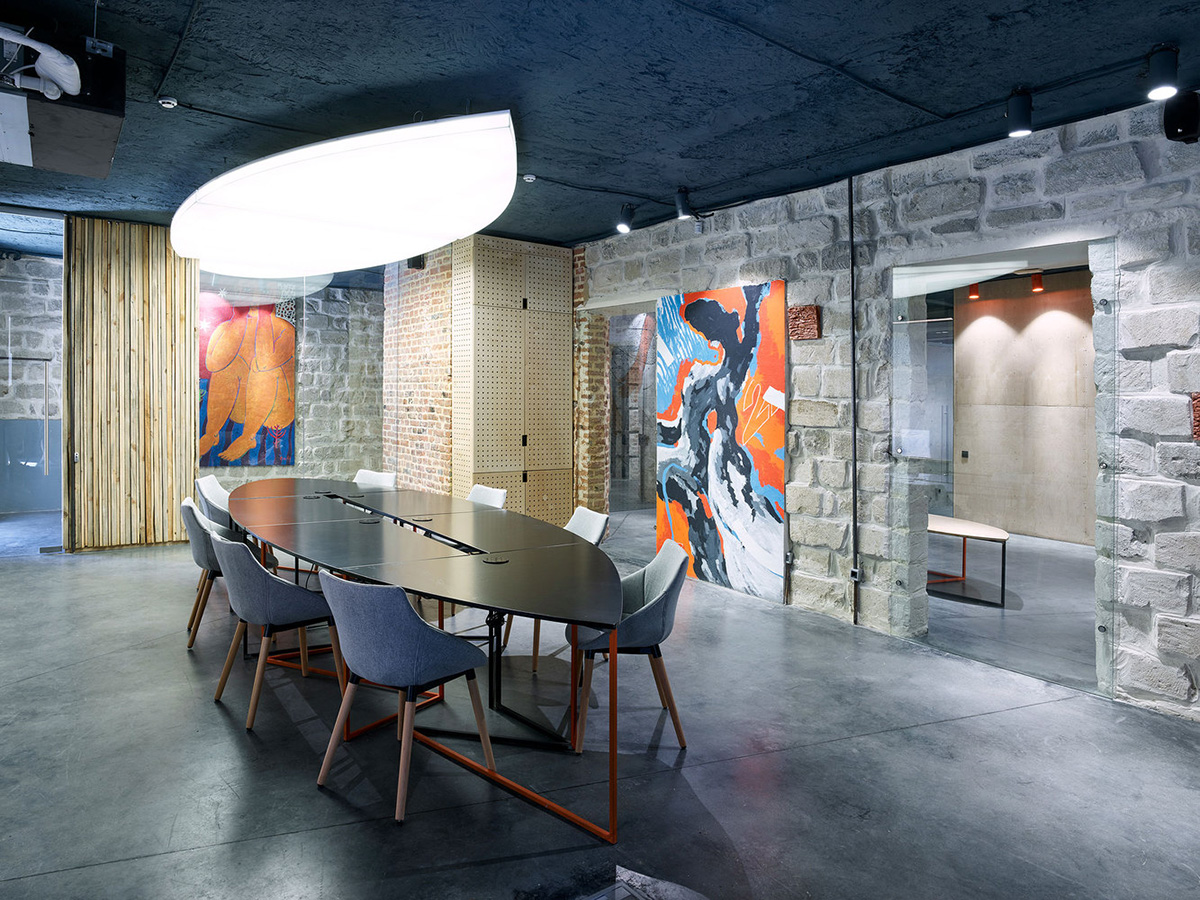 "The task was to preserve the historical background as much as possible, but also, on the other hand, the goal was to create a mixed space," said the architect. The landscape emphasized with the greenery and art space, the urban furniture of the place appears as an art installation. At the entrance from the driveway, its can be seen the sculpture "The Knowledge Tree" that shows the origin of creation. The courtyard plot has been cut by the "Stone rivers", that are used as a sewer of the storm water.

The new construction represents a volume of reinforced concrete, covered with corten-steel - on the concrete façade the bas-reliefs fragments are symbolizing the human nature. 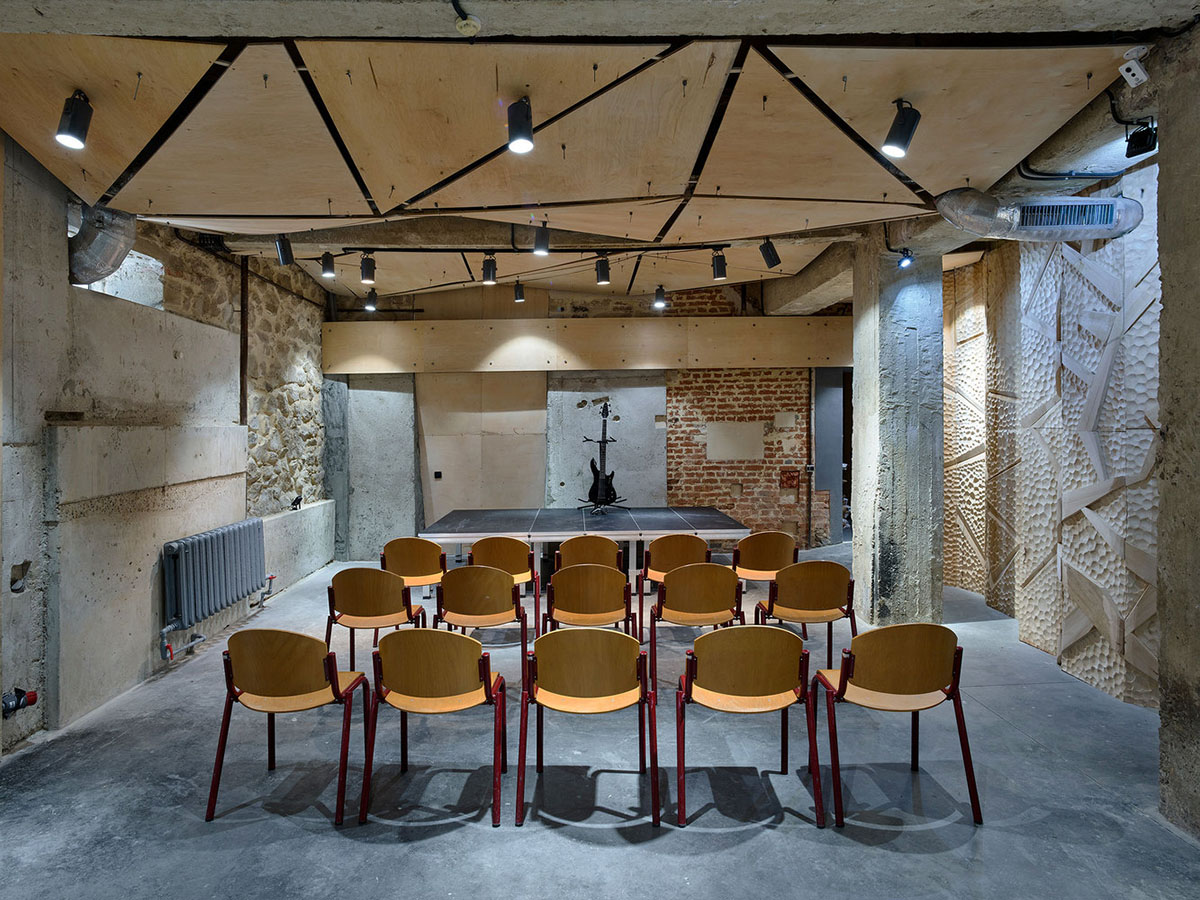 The accent in the interior is given by the building’s constructive structure – a caisson ceiling, internal auditorium staircases, and the surface of the walls made in tinted concrete. 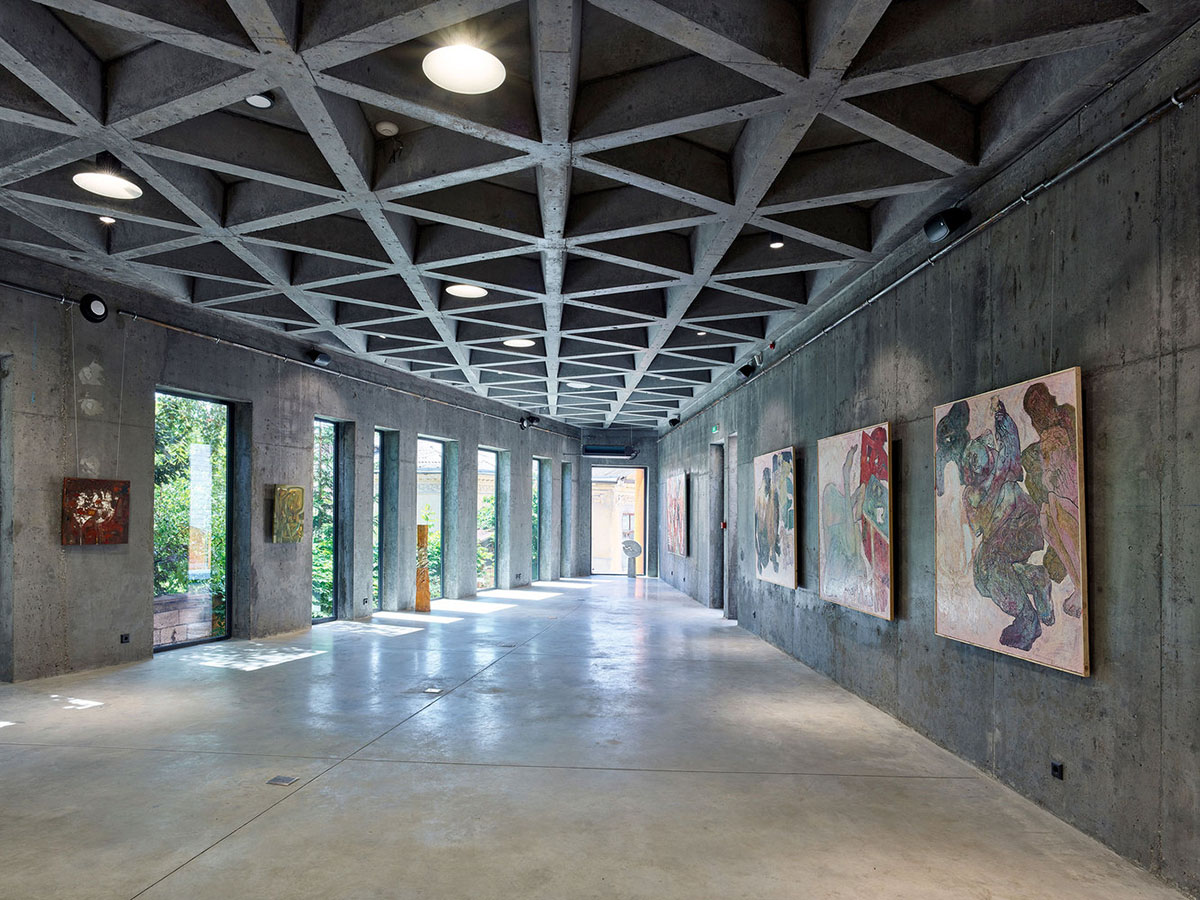 The furniture and part of ceiling lighting were designed by the author especially for this center. In the creation of decorative elements for the center, the architect worked closely with the students, artists and Academy’s professors. Moderate interior design allows visitors to focus their attention on the exhibited art-works. 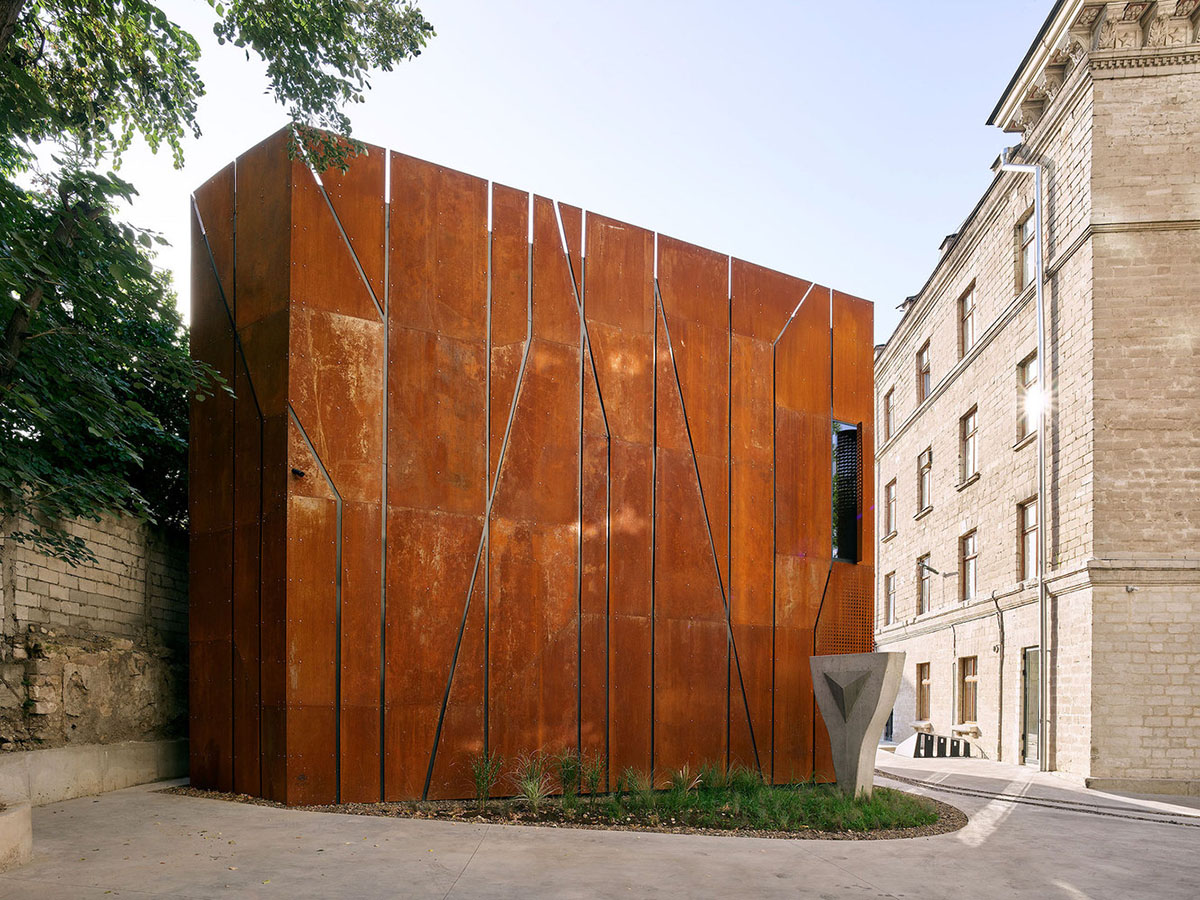 ARTCOR was created to consolidate the creative processes that are taking place in Chisinau, developing in such a way the creative industry of the country. Over time, the center is supposed to become a point of attraction for urban tourist routes. 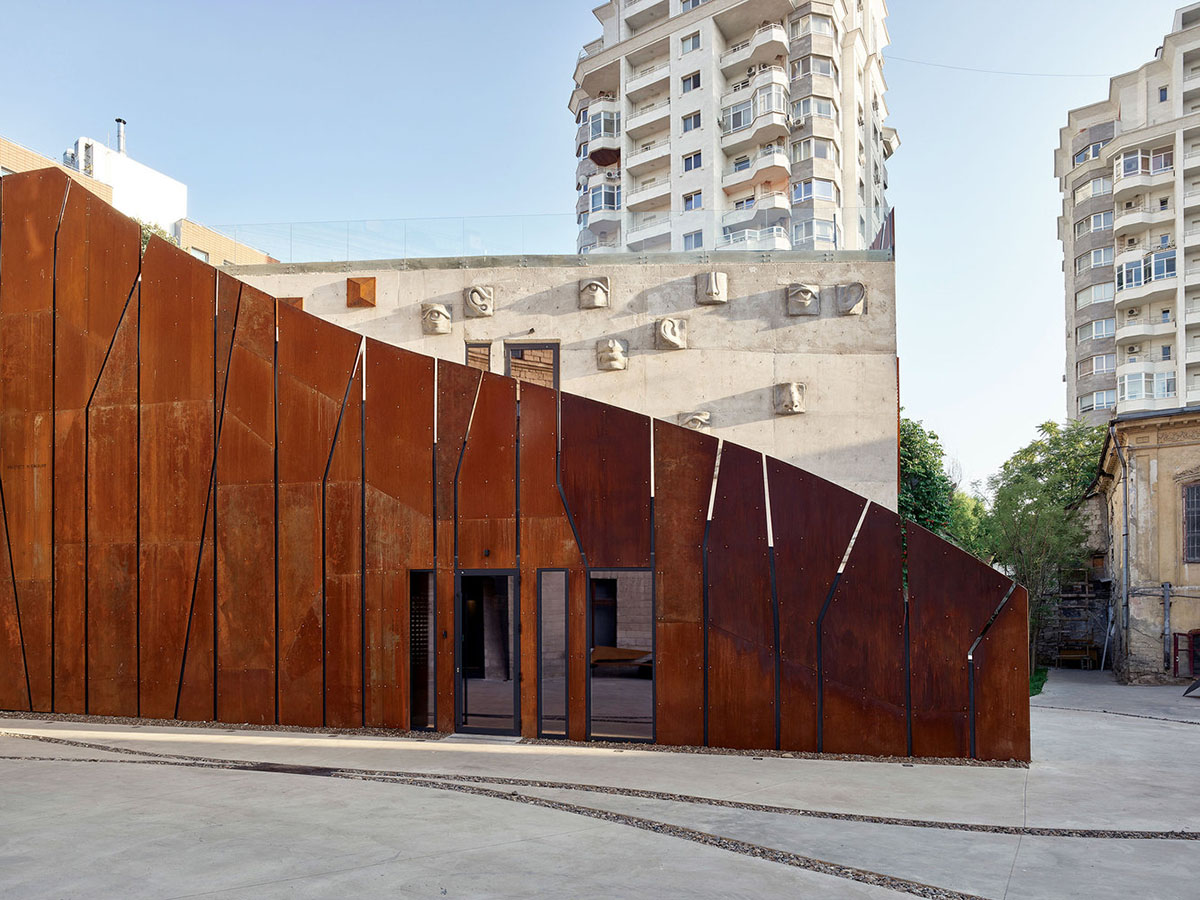 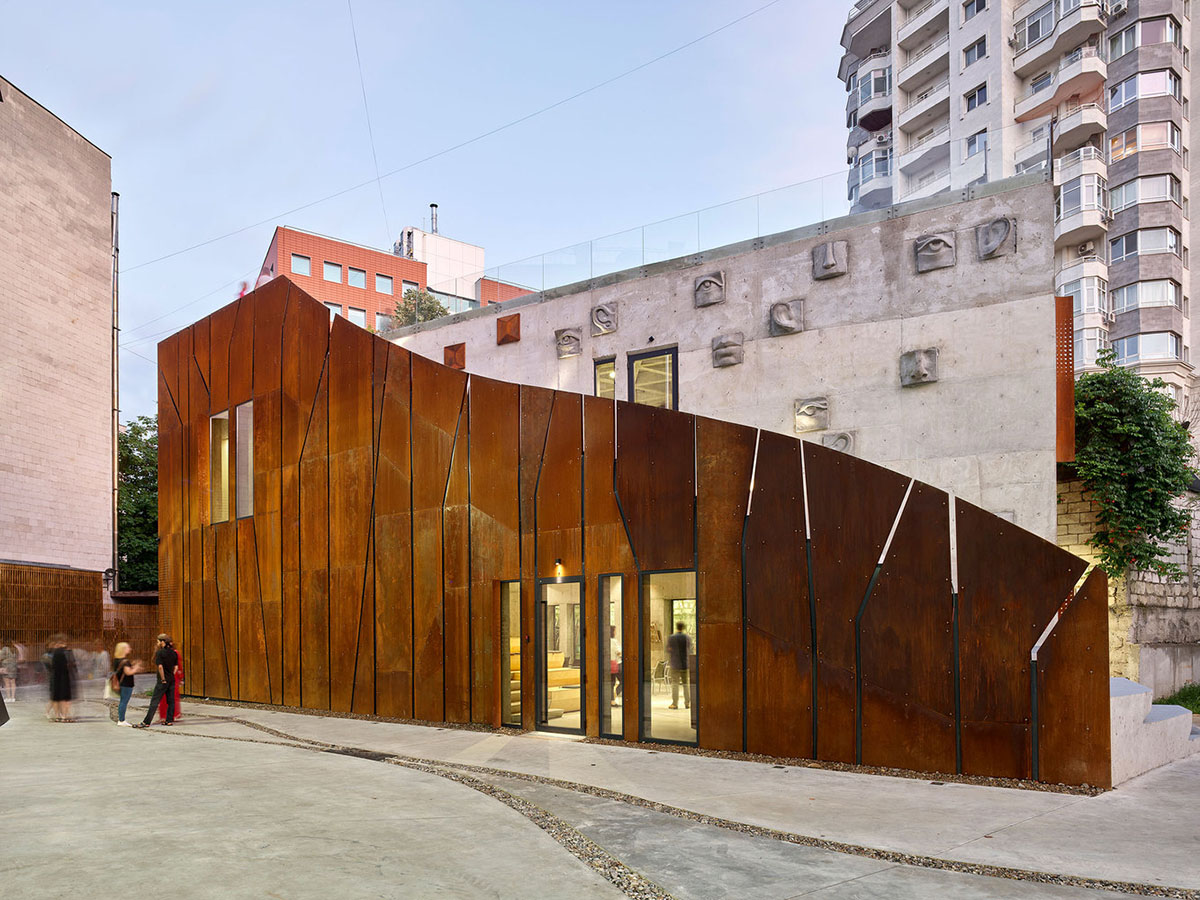 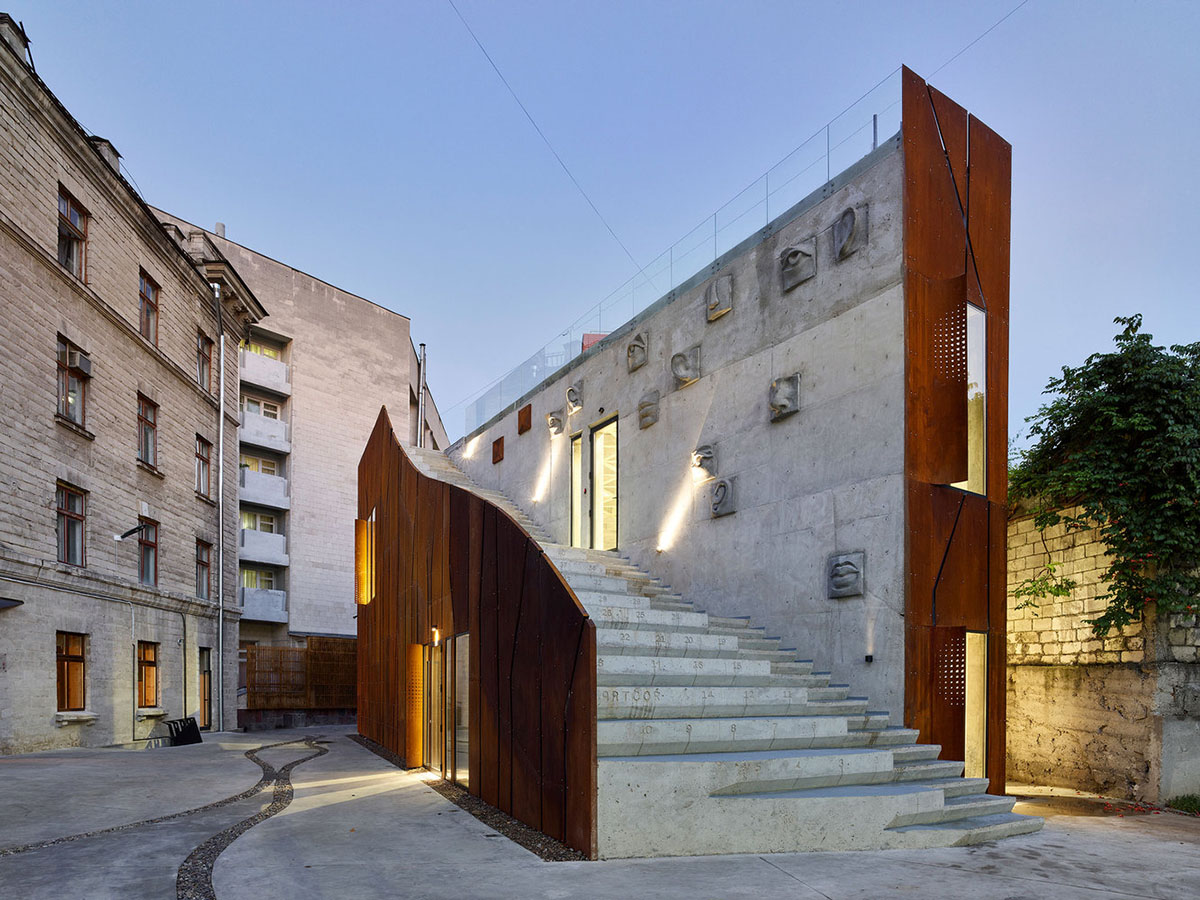 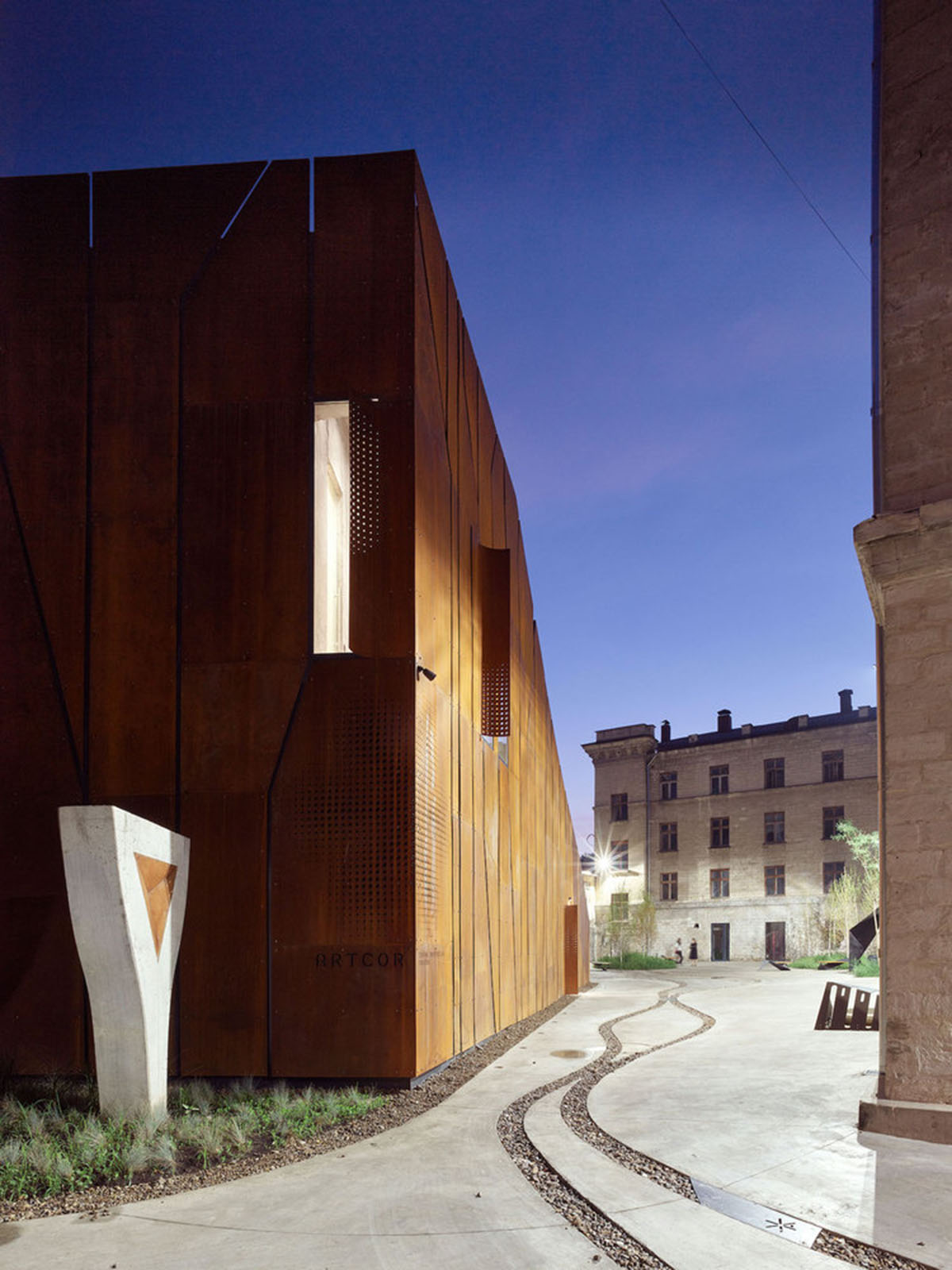 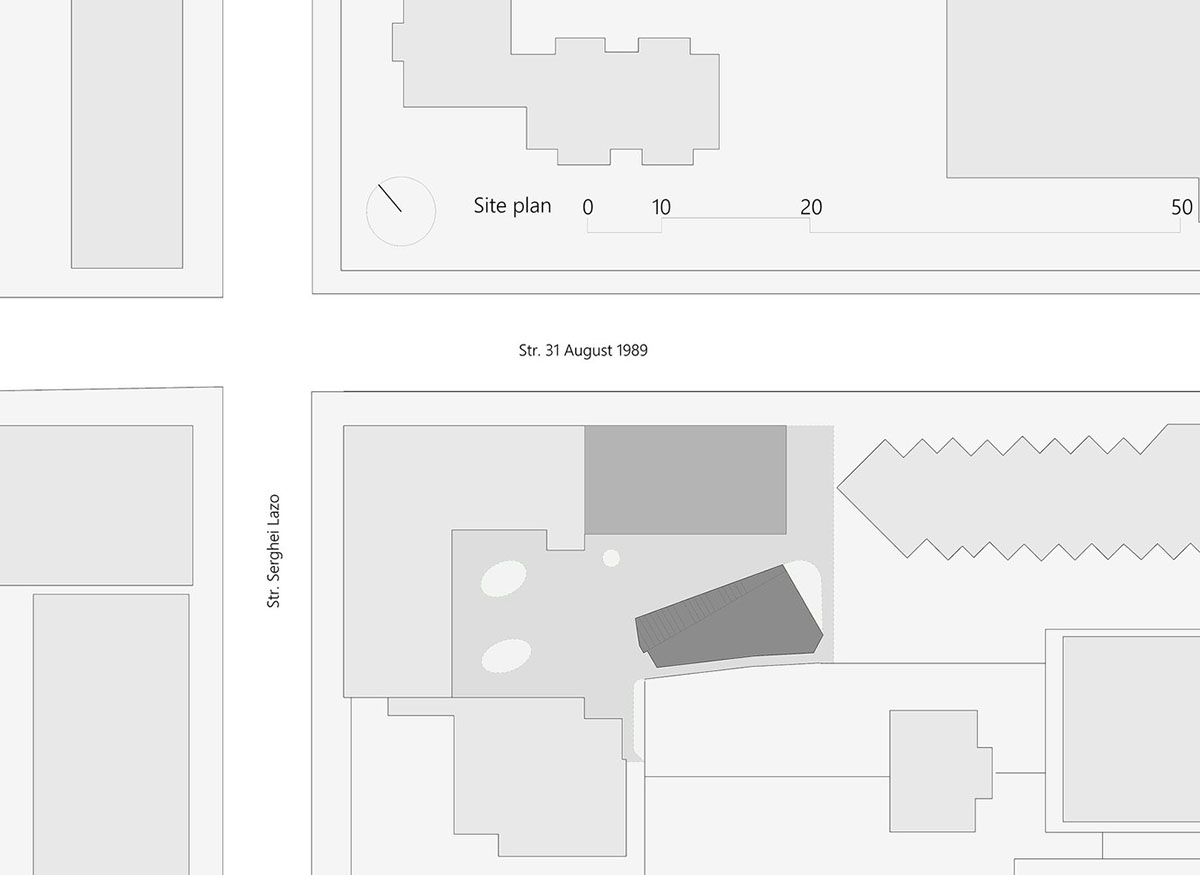 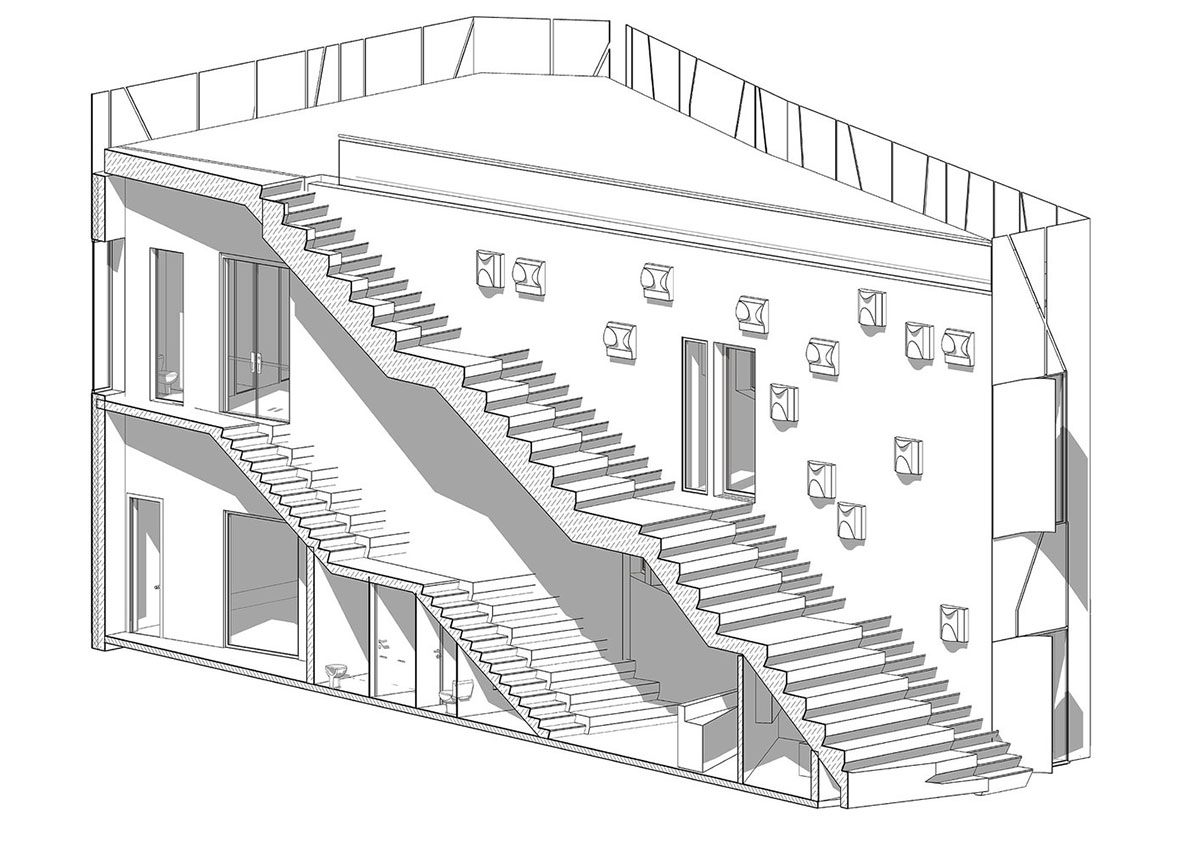 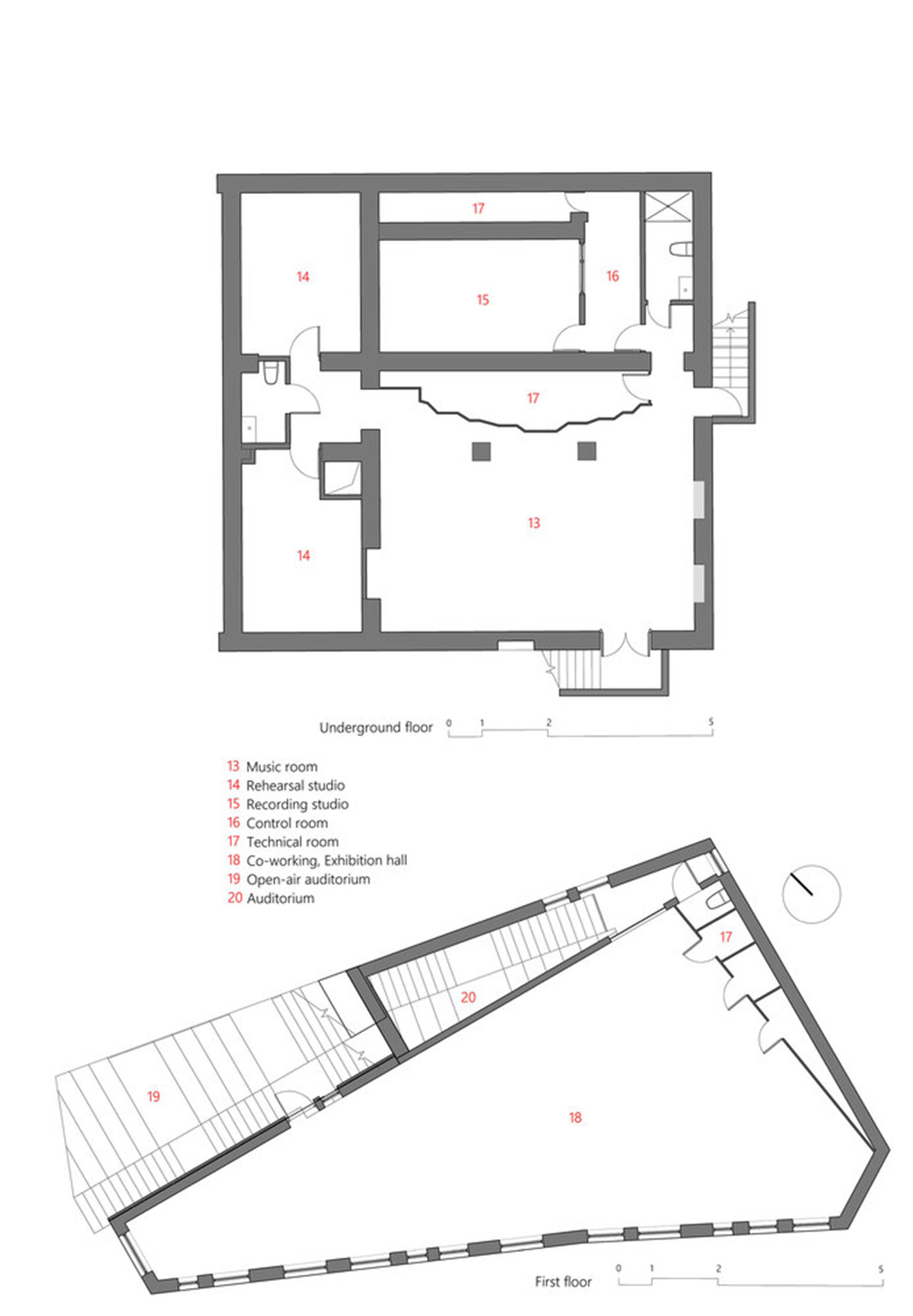 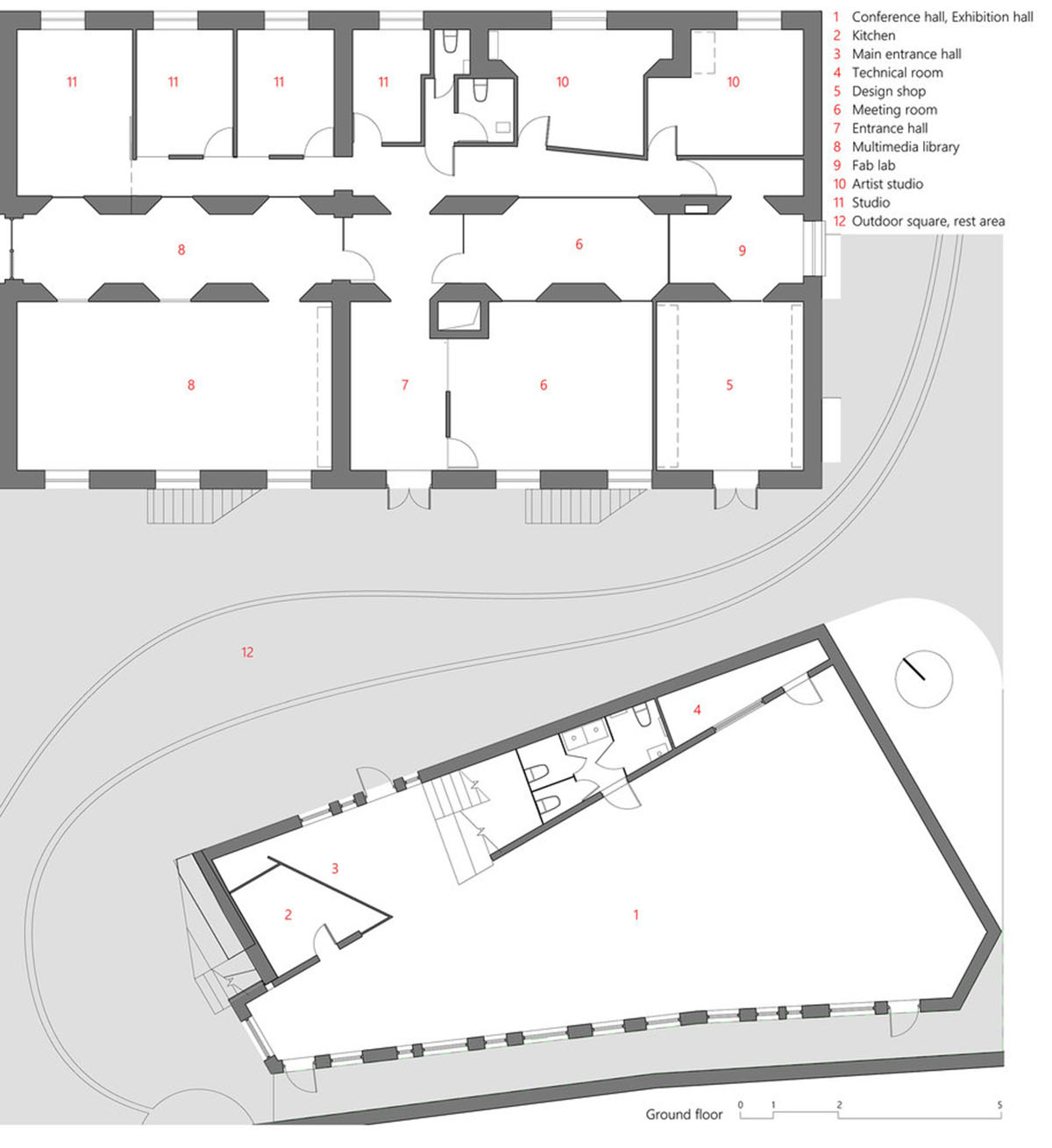 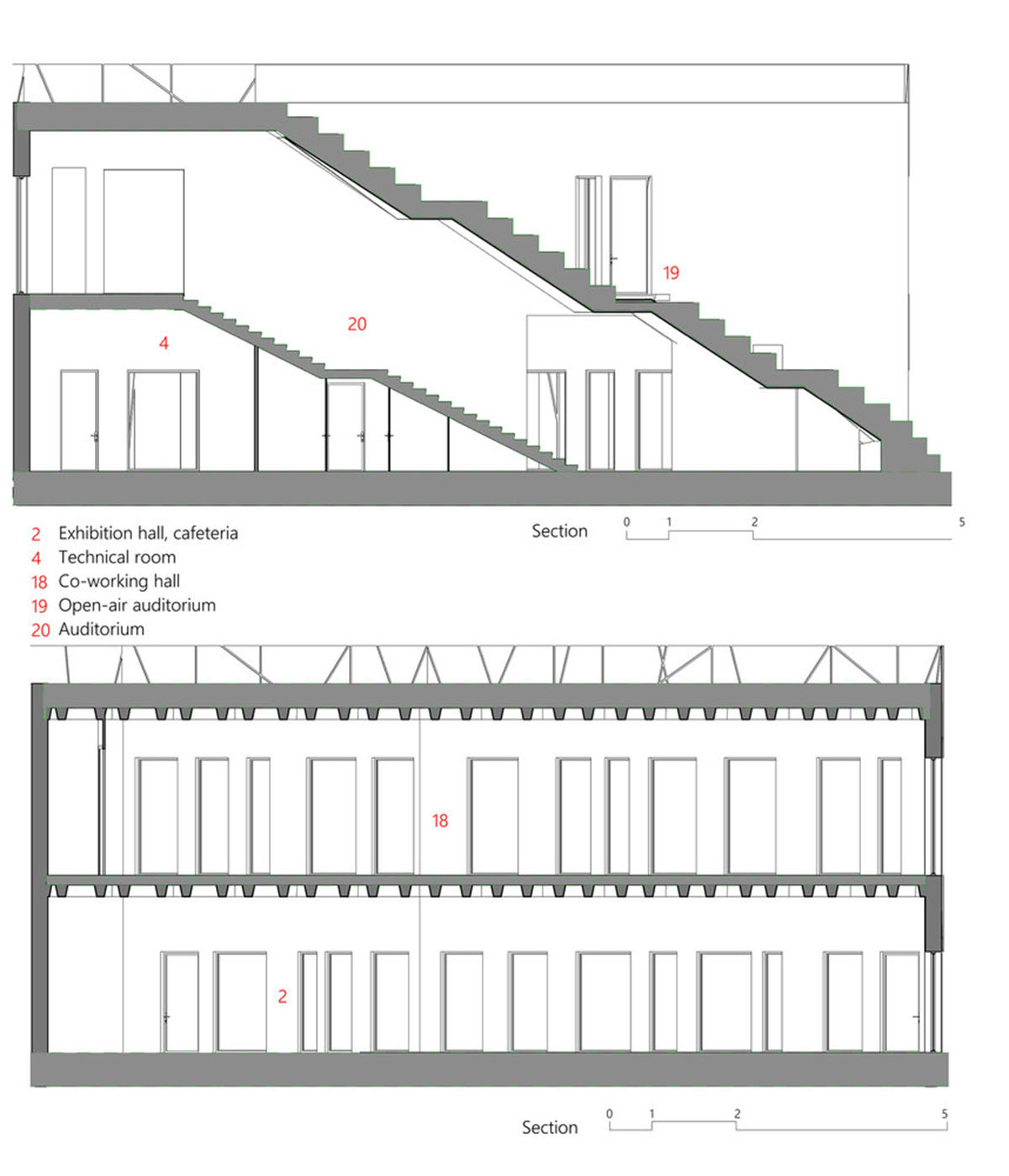