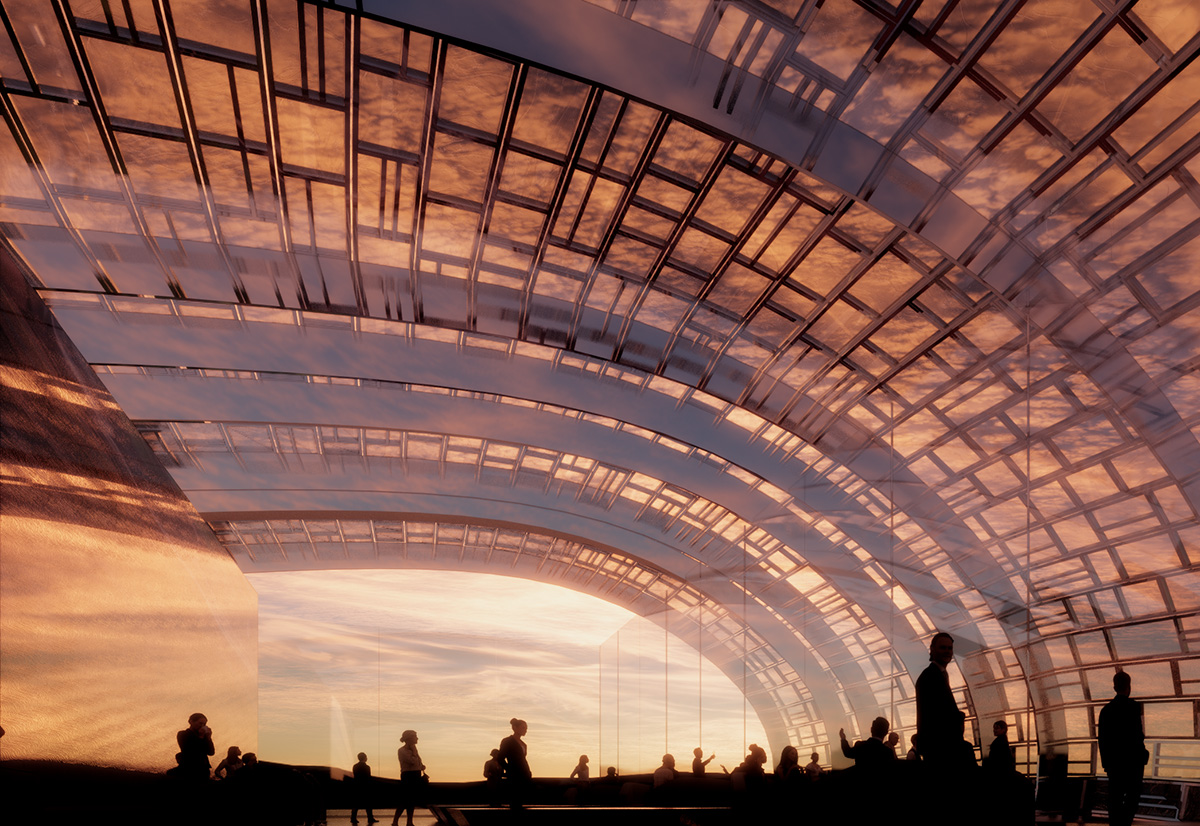 The competition has resulted in March 16 and Ateliers Jean Nouvel's proposal saw off other architectural firms in the competition with its "The Light Of The Sea" proposal.

As Jean Nouvel explains, "Shenzhen Opera House is a sacred place for the human expression of artistic emotion." "The construction of a major Opera House means inventing a space for emotion," Nouvel adds. 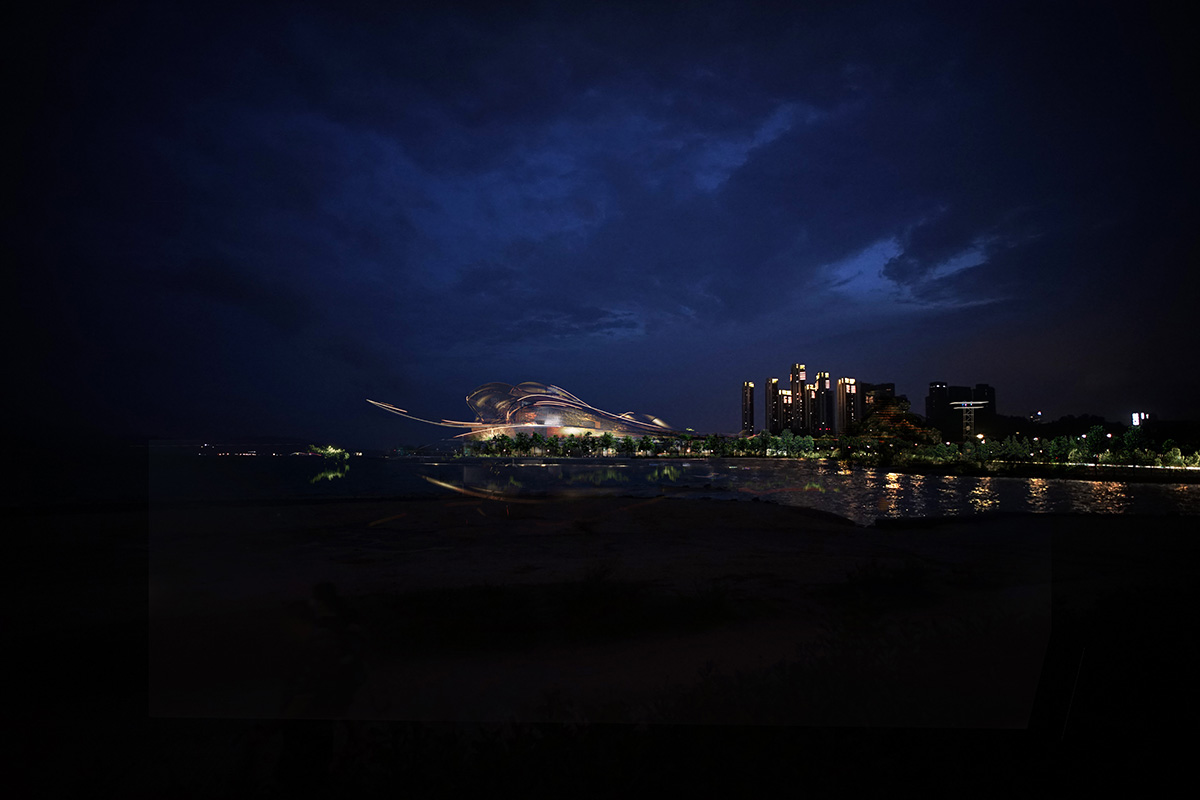 Jean Nouvel's "The Light Of The Sea" is composed of a group of undulating roofs that will be dressed with a special façade system. According to the architect, the new opera house will act as "an emotional moment, the first stirrings of a desire for music."

"This almost square-shaped precinct, the Opera House neighbourhood, will be part and parcel of the music and the sea on three of its sides. It will be protected by a huge glass hall to substantiate the fact that the Opera House itself and its auditorium belong to the China Sea," said Jean Nouvel. 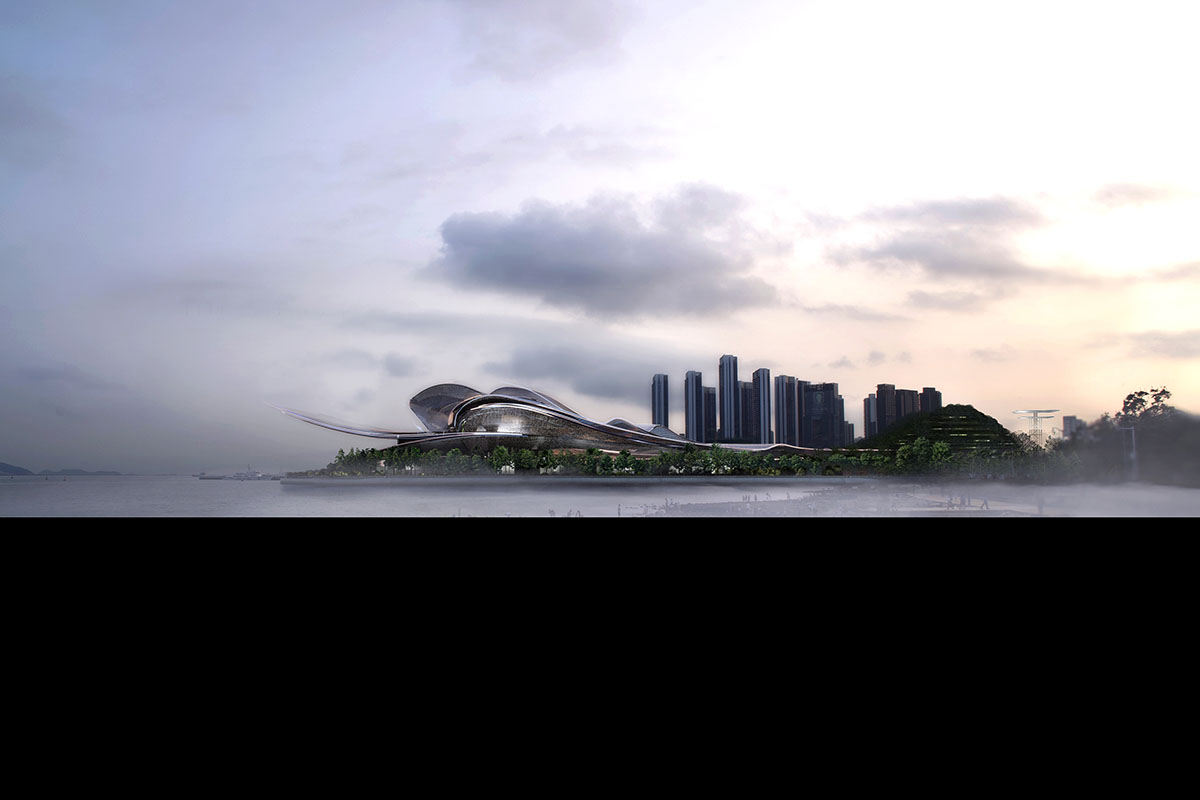 As the architect highlighted, the building's auditorium will be visible through the spacious foyer which will lead the building. On the northern side, the building will be opened completely on to the music precinct.

"This will involve a large loggia opening on to terraces teeming with life, seaside terraces that will evoke the sea, thanks to lying beneath the lights coming from the sea of glass that will house them. The sea will be both around you and over you," continued Jean Nouvel.

The main foyer will be a "noble", "precious and luminous material" of the building and will cry out to be the meeting of sea and music and light. In the building, Nouvel will use "mother-of-pearl" in the auditorium of the Opera House in an irregular, rhythmic way in order to highlight "the curve of the balconies or the acoustic geometries of the walls."

As Jouvel details, "mother-of-pearl is a bright and lustrous light- element that looks wet when dry."

"Using the lustrous white reflections of a nacreous material will be a concrete poeticisation of the meeting of the sea and the auditorium and concert halls of the Opera House."

"It will be an indication of the diverse uses of the halls and foyers in its rhythmic marking of the different interiors," he added.

"At Shenzhen, then, inside as well as out, the twin image of mother-of-pearl shell and wave will open on to the ever changing light of the sea," Nouvel added. 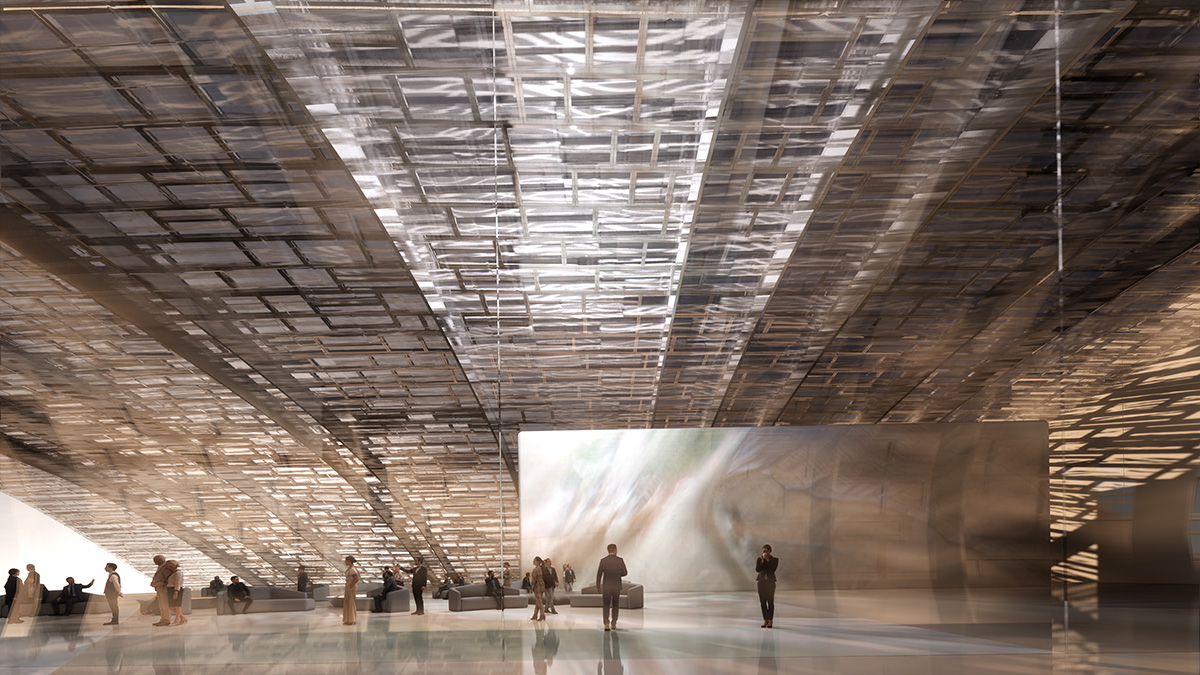 The Shenzhen Opera House competition was launched in January 2020. The international competition was intended to create "a new cultural landmark and world-class art palace".