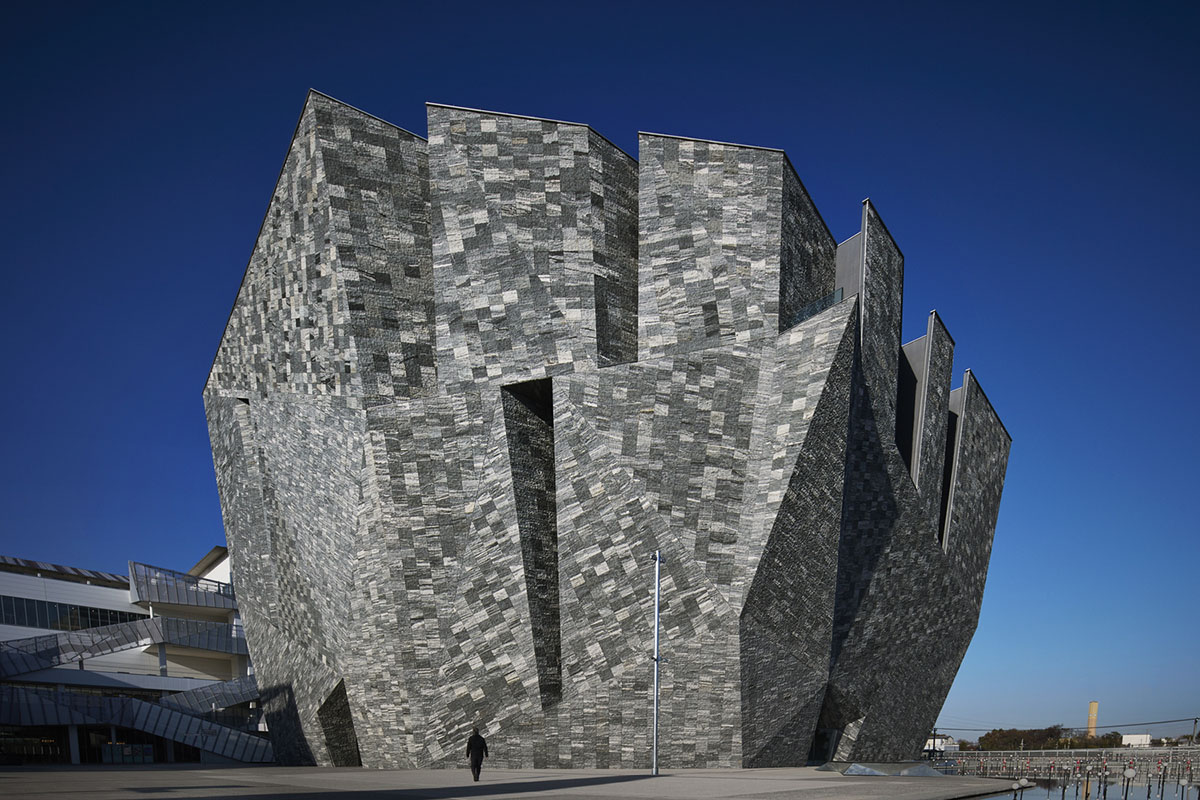 The project site also includes an anime-focused hotel, an indoor pavilion for various kinds of events and a book store. The Kadokawa Culture Museum was opened to the public on November 6, 2020. 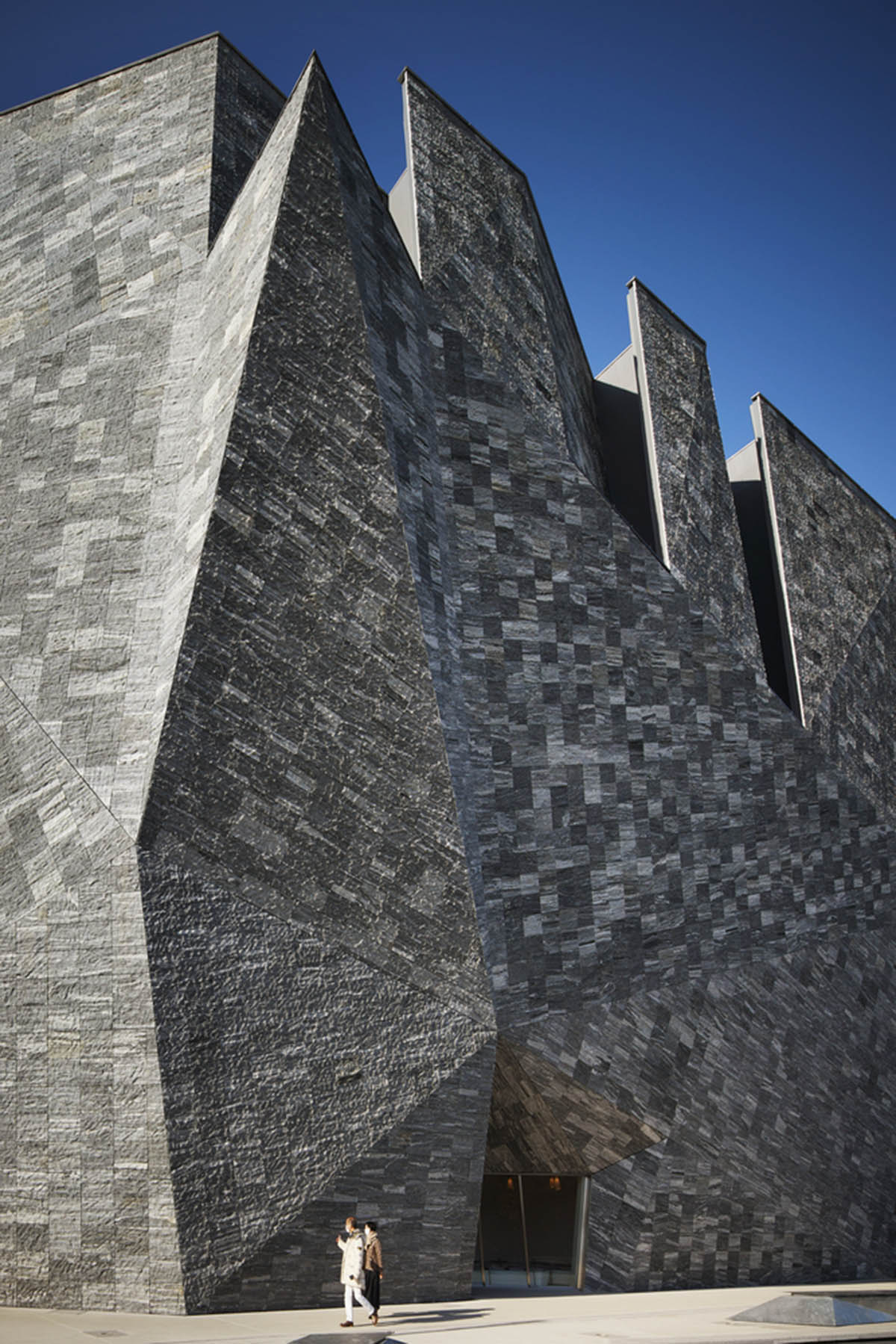 The total floors, encompassing approximately 12,000 square meters, fuses together a library, an art museum, and a natural history museum.

Directed under the supervision of Seigow Matsuoka (editorial engineer), Hiroshi Aramata (natural historian), and Shingo Jinno (researcher of arts and art education), the museum aspires to be a hub for sharing all genres of art - from mainstream culture to pop culture - in a multifaceted manner. 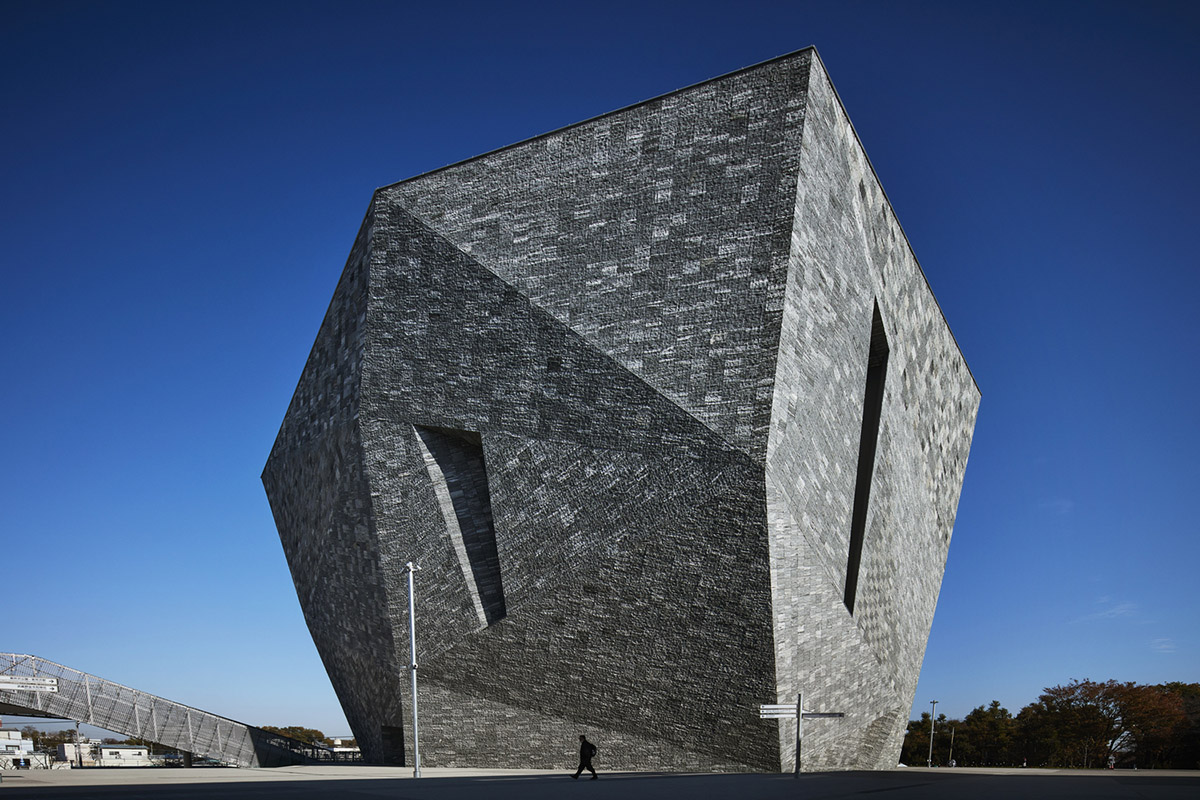 "The Kadokawa Culture Museum is a futuristic cultural labyrinth that agitates various binary oppositions brought by modern times, such as cities and suburbs, high culture and low culture, in a three-dimensional and cross-sectional," said Kengo Kuma & Associates.

"The site, the Musashino Plateau, was created by the collision of four tectonic plates surrounding Japan." 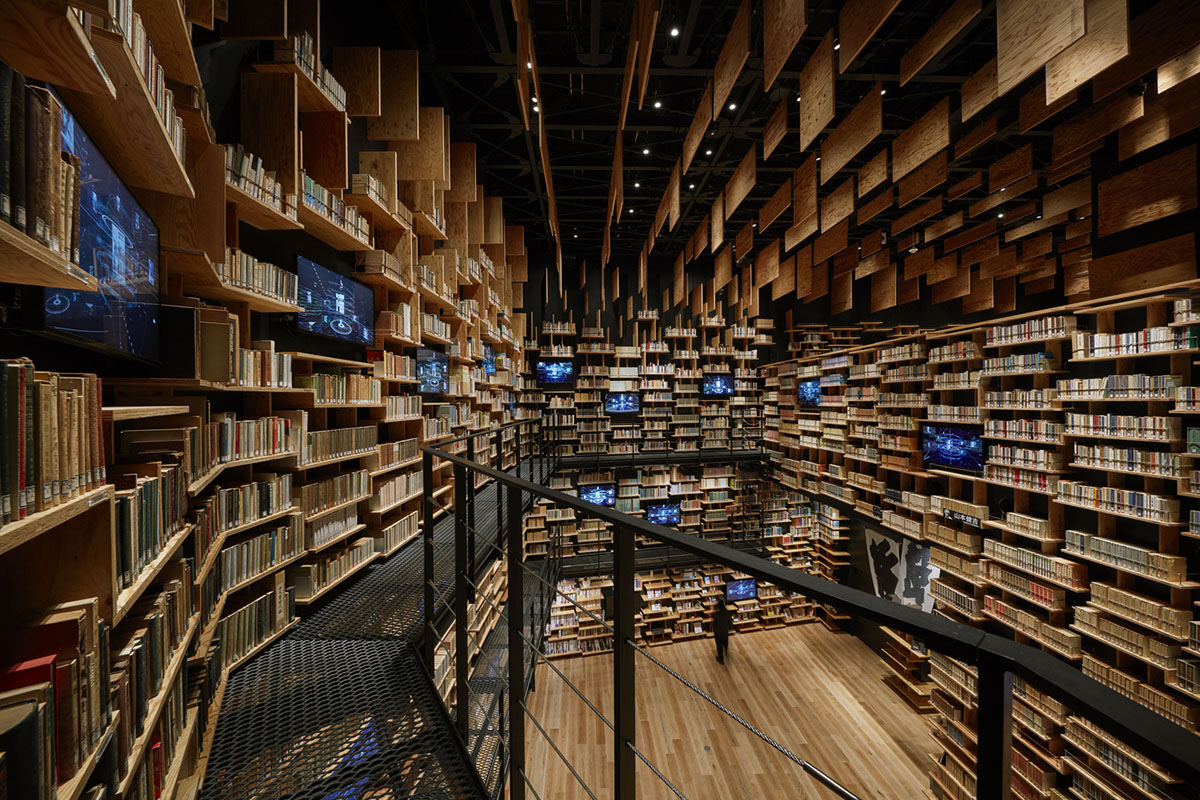 The architects' aim for the project was to create an architecture in which the granite, which is a component of magma, solidified while rising from the cracks in tectonics plates.

Reaching at five stories in total, the museum is composed of angular surfaces that create an effect of a massive stone, while forming cracky parts on some parts of the façade. 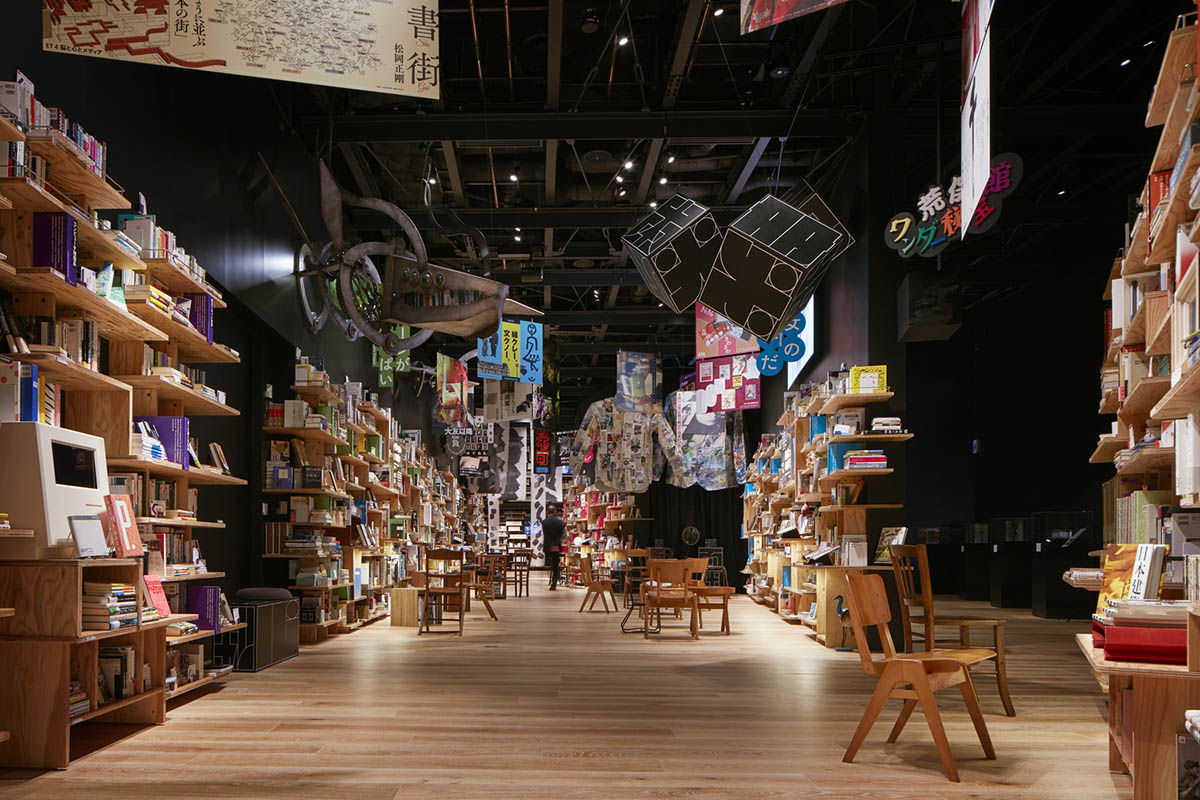 "The rock mass architecture reunited the modern suburban landscape, such as the factories on the north, the suburban houses on the south, and Higashi Tokorozawa Park on the east," added the office. 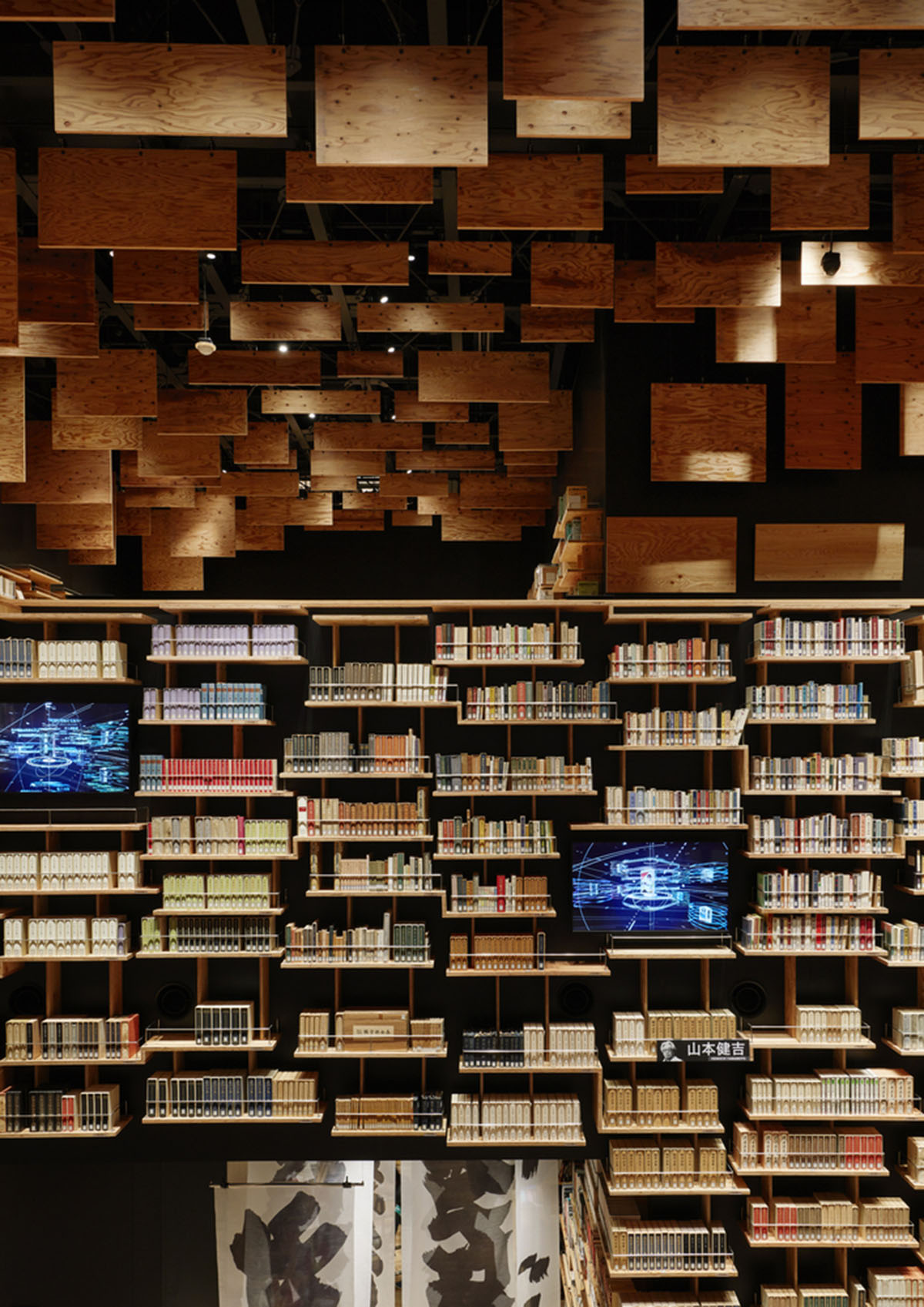 For the façade, the architects used 20,000 pieces of granite to cover the outer wall, named Black Fantasy, quarried in China. The façade features a strong undulating shade of white spots on a black background.

The team adopted a rough texture made by breaking 70 mm thick stones and details that do not dare to align the steps at the joints between the stones. 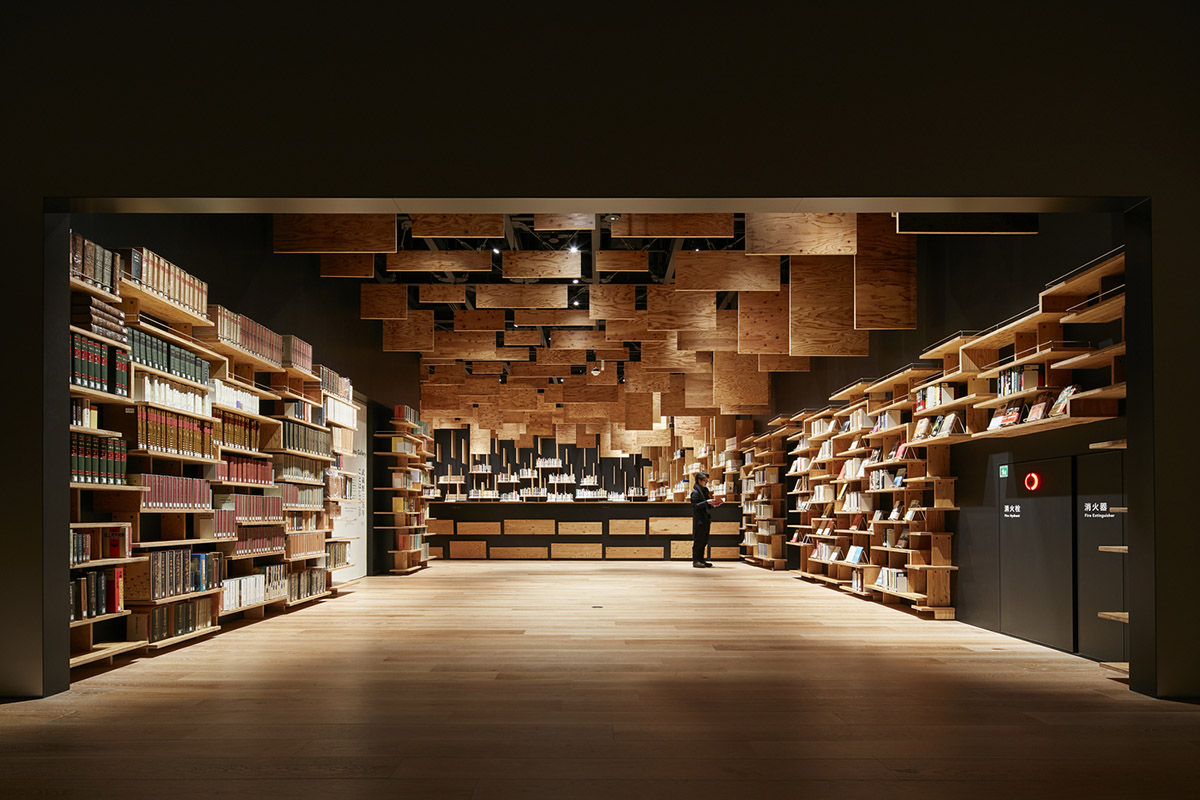 "We have acquired a feeling of particles suitable for the rough surrounding environment where nature and artificiality coexist," they continued.

The structure is constructed on a steel structure, while the external wall is made of steel-framed reinforced concrete that can withstand the weight of thick stones. 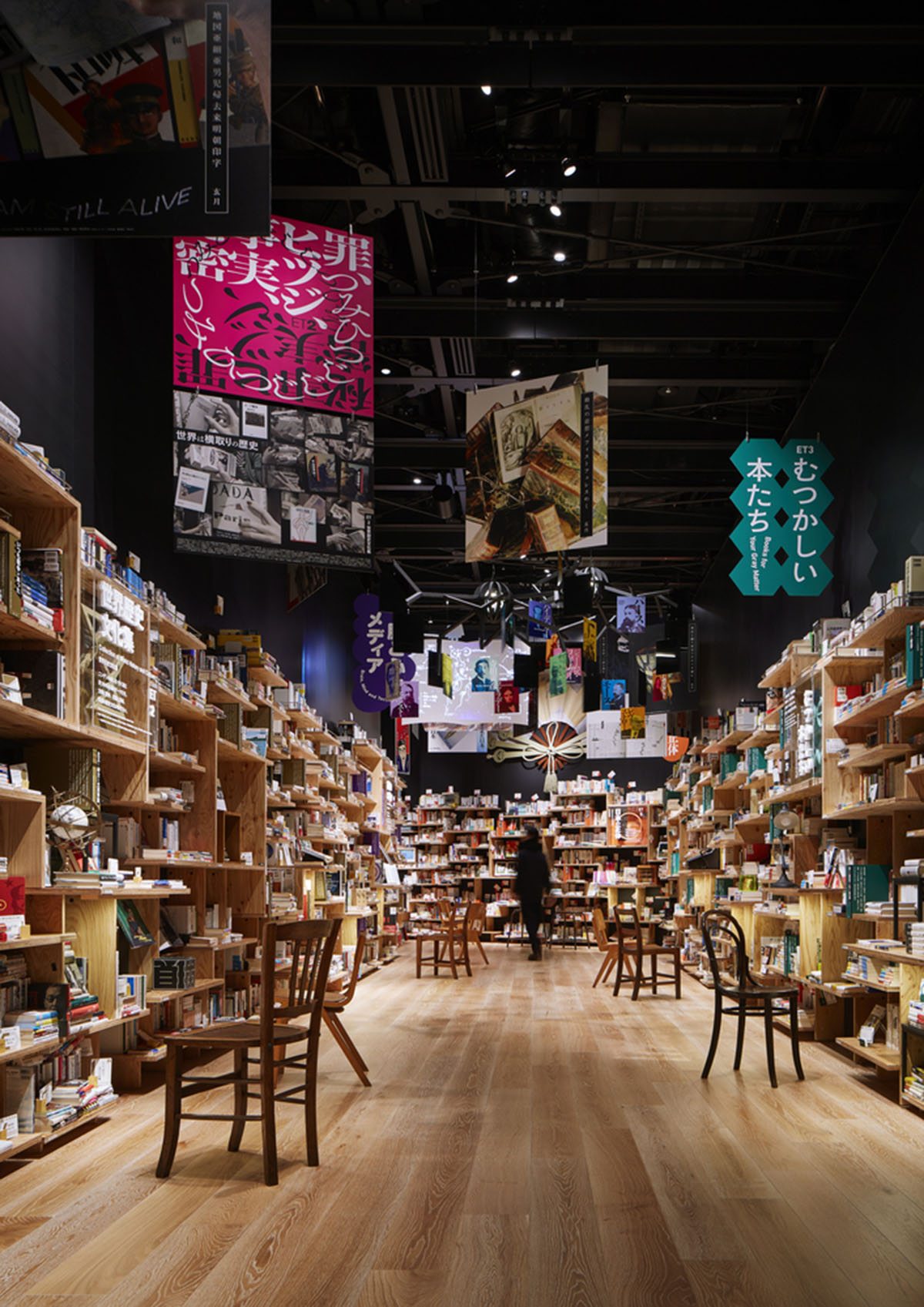 The architects' intention was to achieve an uncertain appearance of several floors and this application allowed the studio to naturally blend objects beyond the normal architectural scale.

In the museum, the interior design is conceived more chaotic than expected. The interiors highlight high culture like contemporary art, low culture like anime, white and black spaces, and real and fake exhibits. 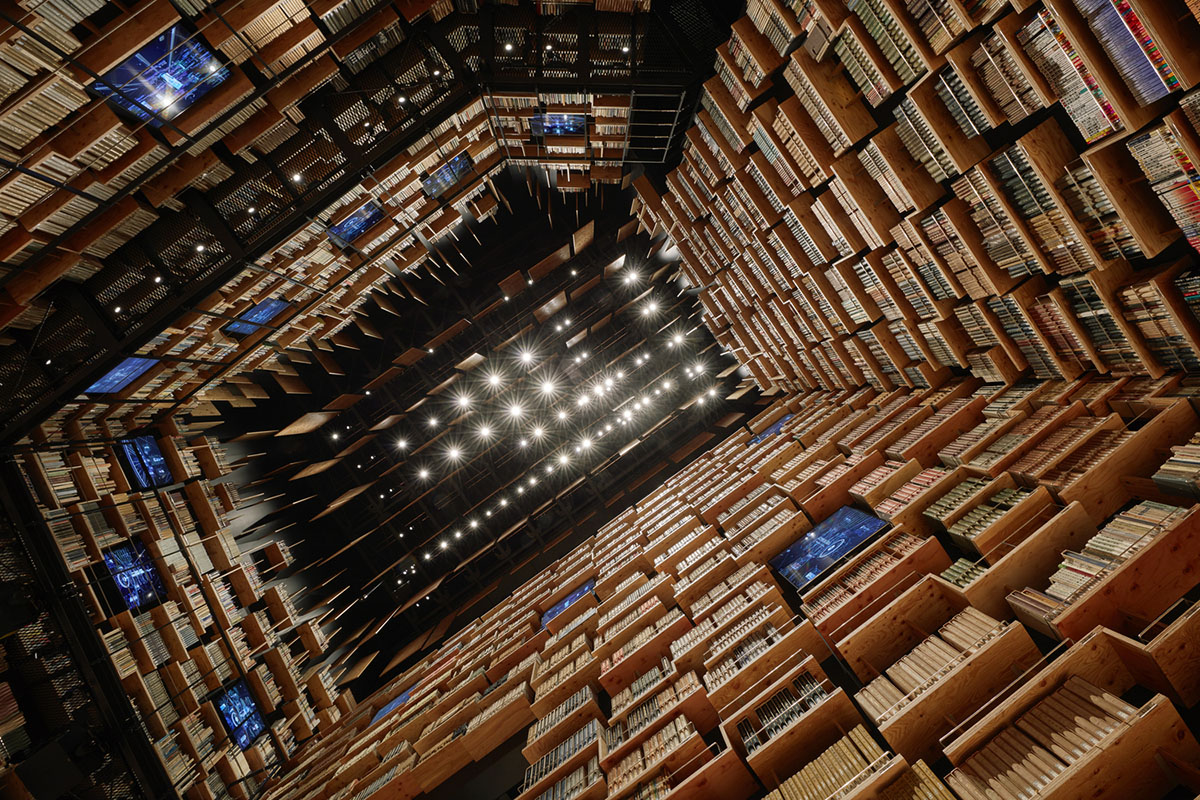 The architects integrated the space into one by adjusting the particles of materials such as cedar plywood, cypress and stainless mesh.

The plan of “Edit Town”, which is a fusion of museums and libraries, has a gallery in the center, a library on the outside, and a museum on the outside. 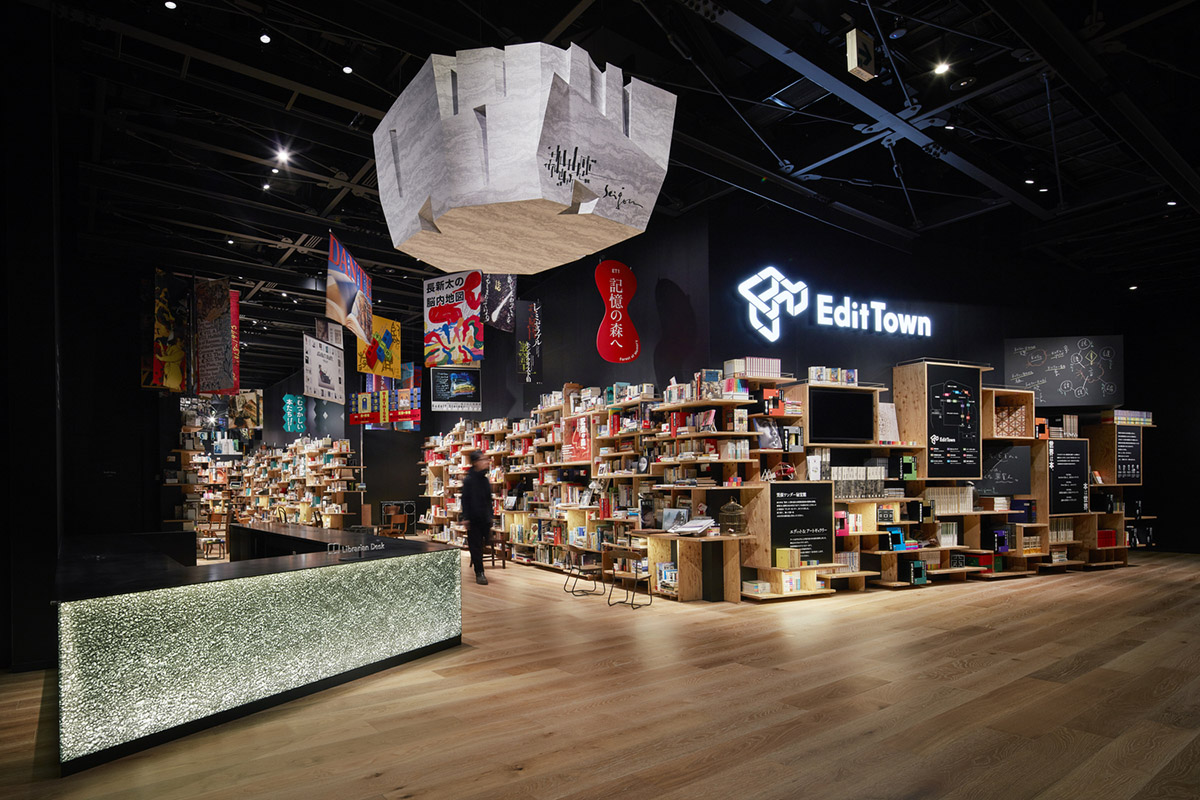 As the studio explains, the architects used six walls with different angles to separate the museum from the library, and holes were freely created to give the impression of each program.

On the main street, there is a space, named "Book Street," a series of bookshelves were made of cedar plywood branch off from nine large headlines to form a network that resembles the structure of the brain. 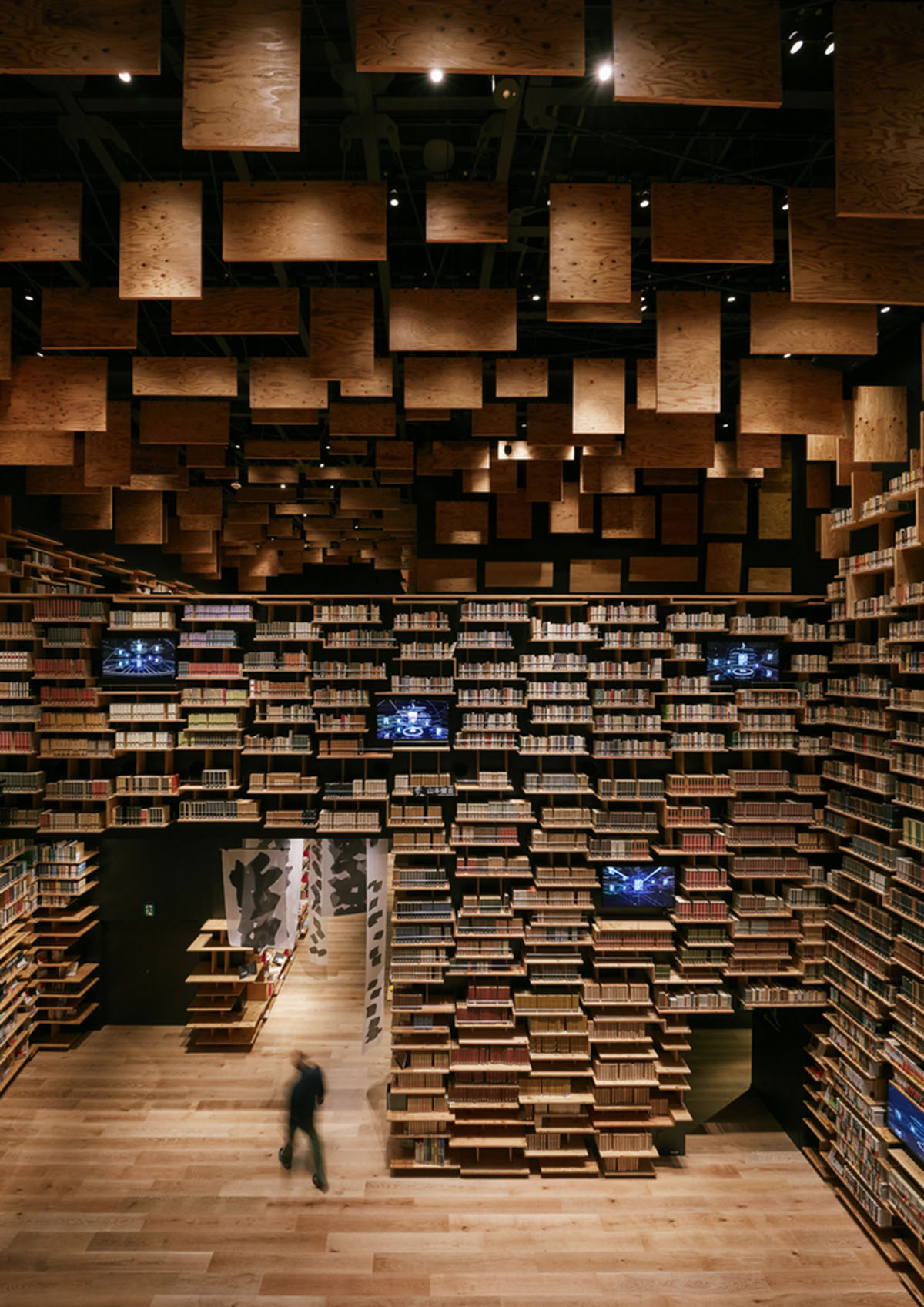 "We designed a unit that combines three types of shelves with different depths so that books can be stacked flat and objects can be displayed in front of the back cover," explained the firm.

"A chaotic street with a random rhythm with a total length of 85 m has emerged, consisting of 44 units that combine 6 patterns of units (width 1.8 m, height 2.4 m)." 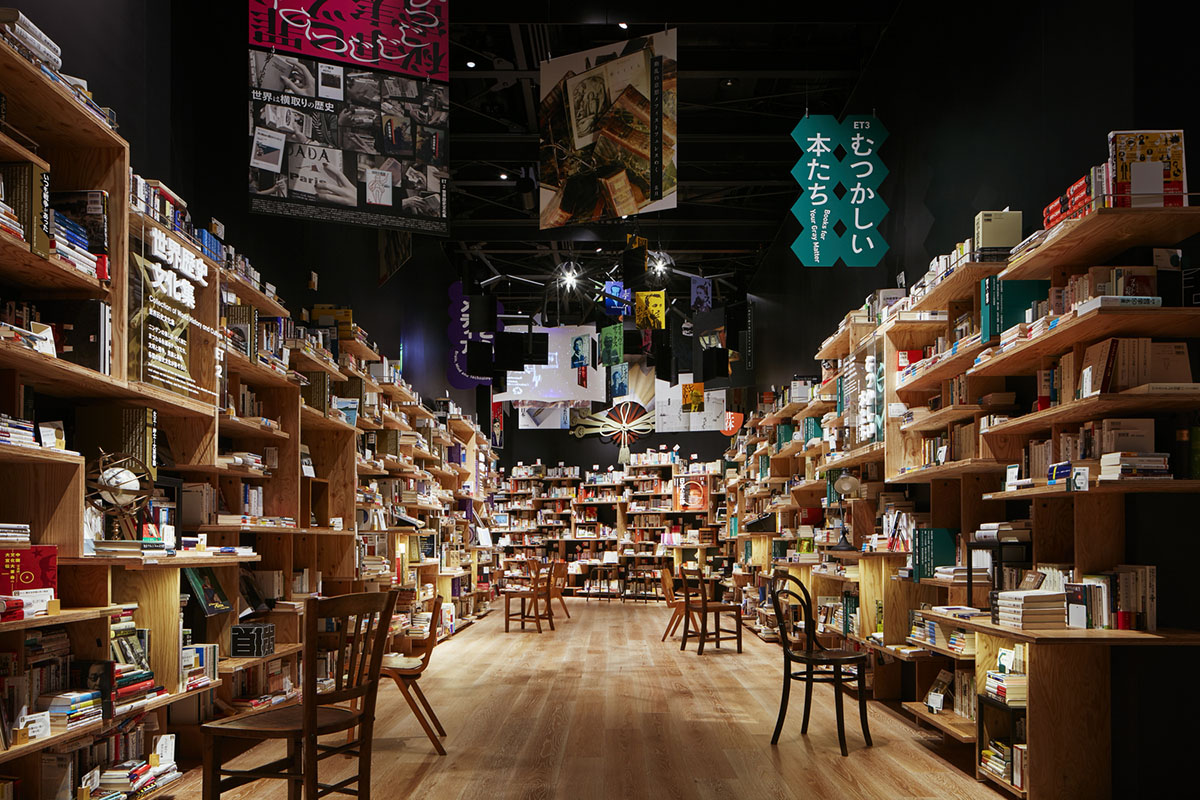 Reaching at 8-meter-tall, these bookshelves soar towards the ceiling and they can accommodate up to 50,000 books. 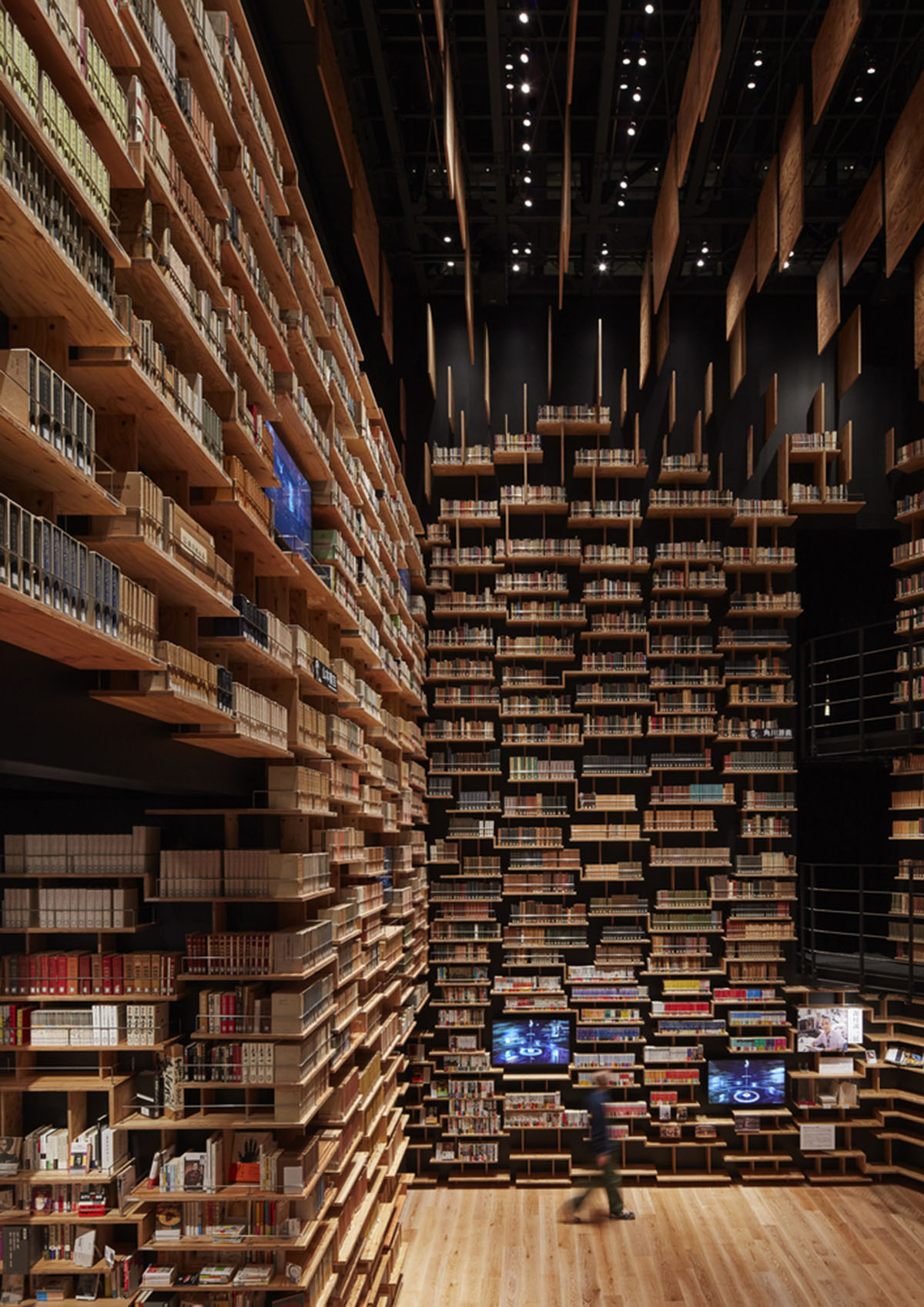 "The particles of the dynamic bookshelf, which can be felt above the ceiling height of 8 m, are dispersed and expanded to the ceiling louver, and by connecting multiple programs on the upper floor in three dimensions, a labyrinth of particles was created," added the firm.

On the fifth floor, there are a restaurant and another galley. 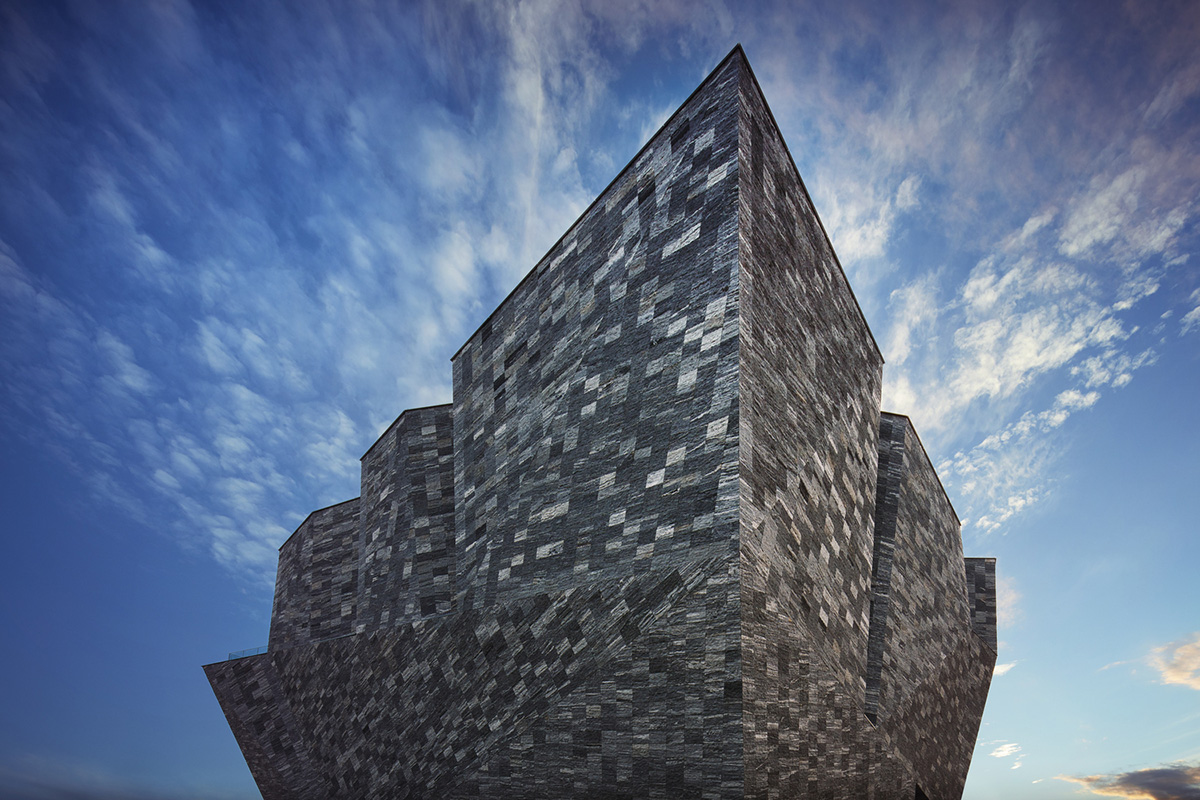 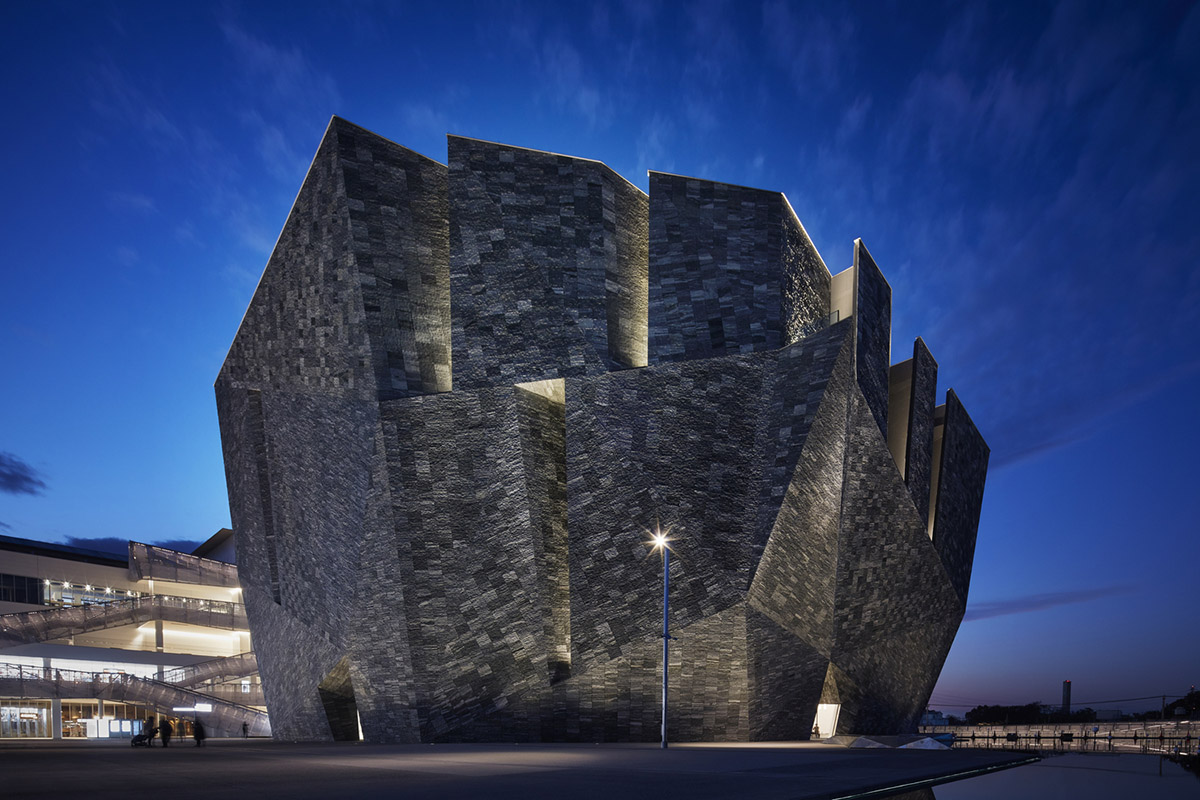 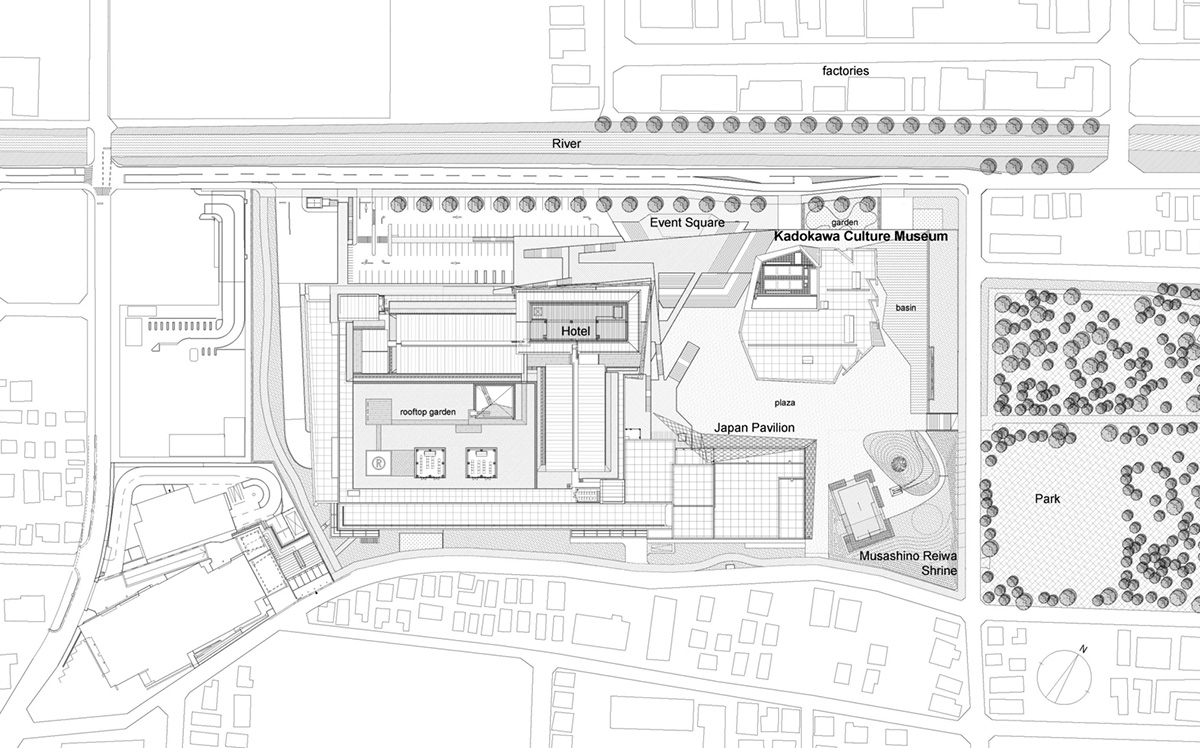 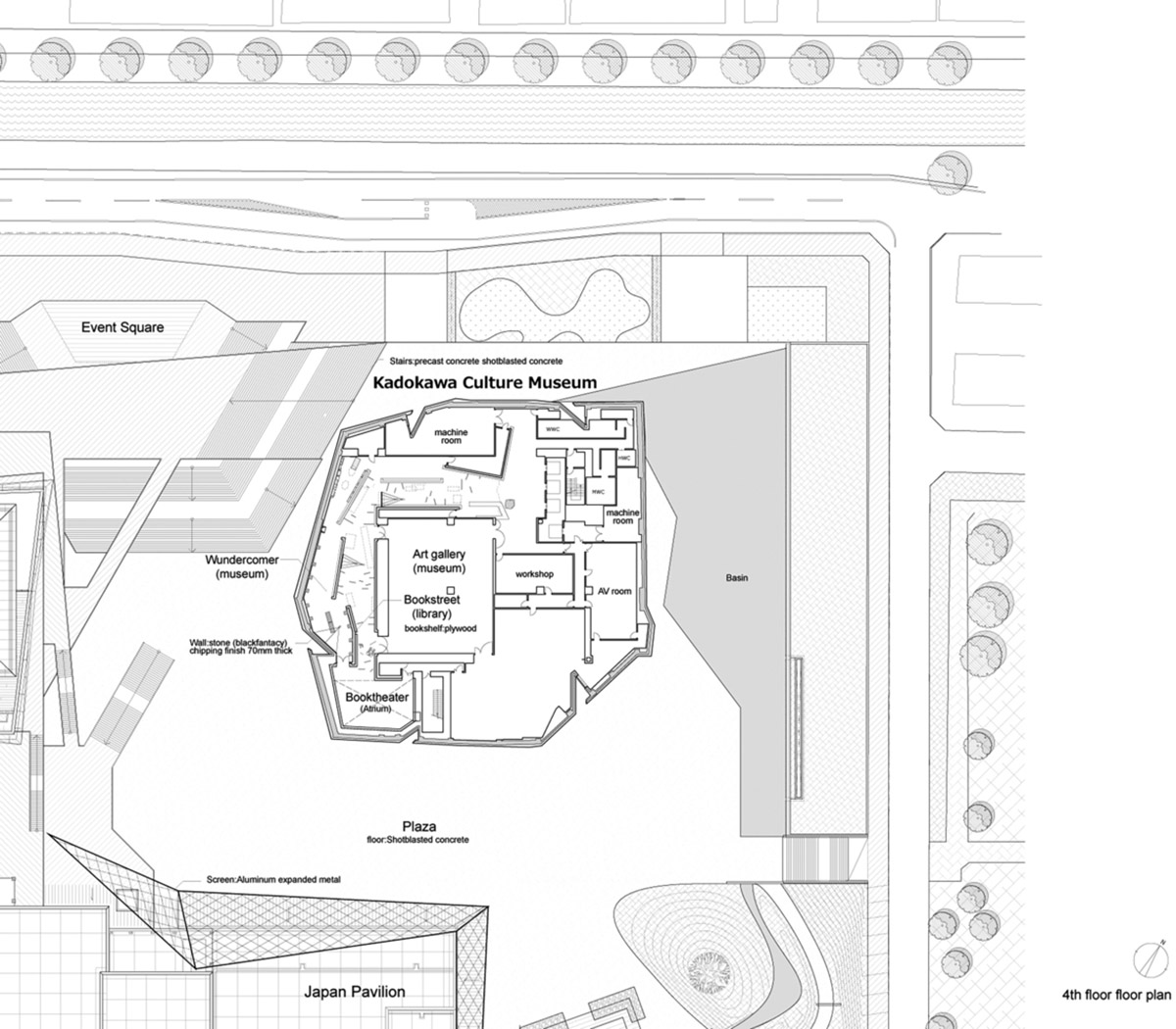