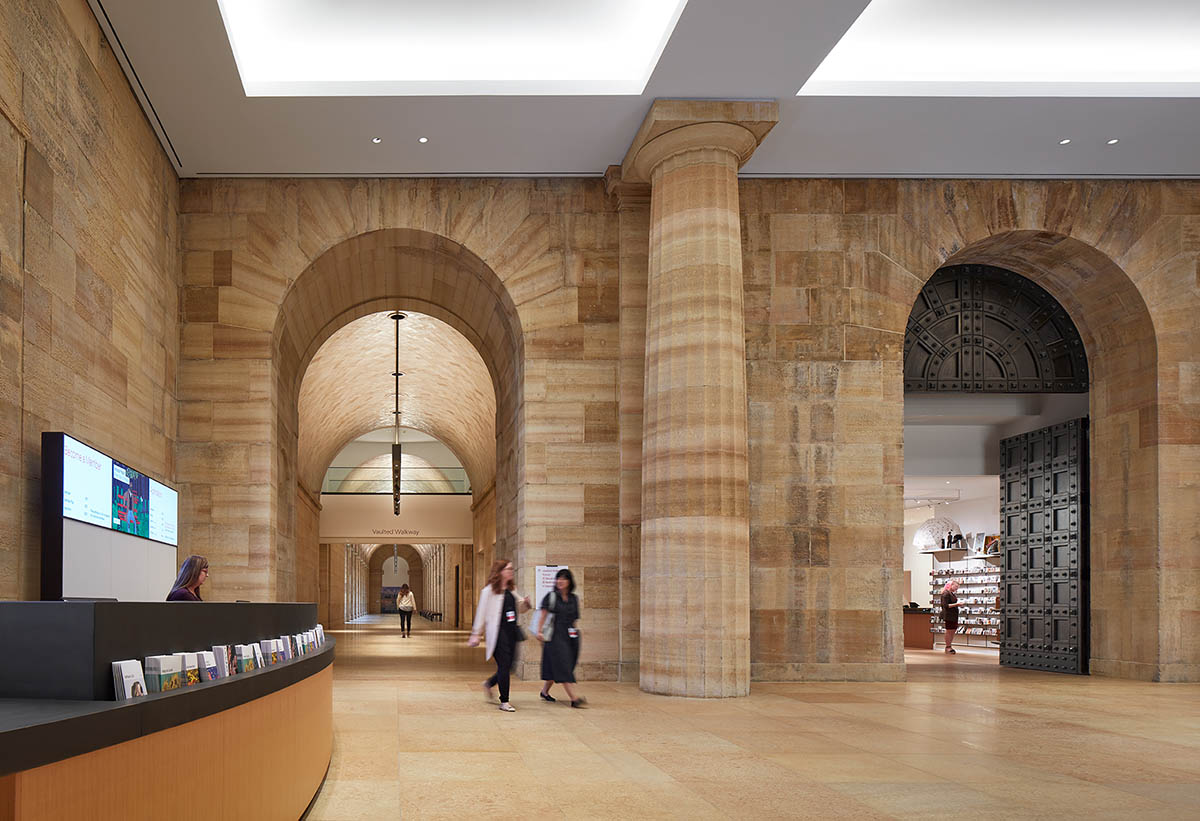 Frank Gehry's major renovation on the Philadelphia Museum of Art will open to the public on May 7, 2021, the museum announced on its website.

Called the Core Project, the first phase of the renovation and expansion in the interiors was completed in September 2019, some segments of the museum were opened in the years between 2017-2019, including a new cafe and restaurant, the historic North Entrance and a new North Lobby, a main store, espresso bar, education studios, and a restored section of the stunning Vaulted Walkway.

Gehry was commissioned to envision a masterplan to enhance the visitor experience in 2006 and construction work started on Frank Gehry's Philadelphia Museum of Art renovation in 2017. 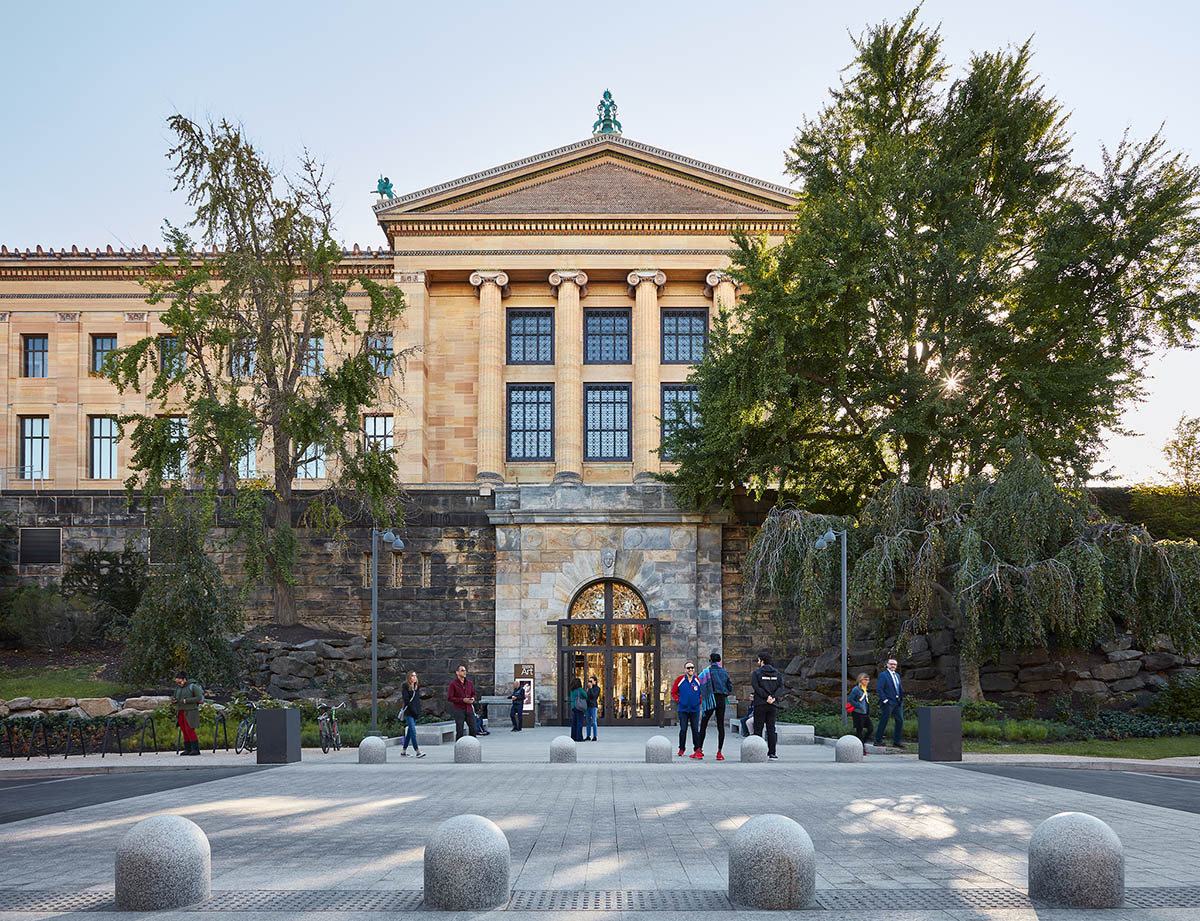 Gehry's the Core Project exxpanded and enhanced the interior of Philadelphia's Art Museum, which was originally designed by the firms Horace Trumbauer, and Zantzinger, Borie and Medary (ZBM) in 1928 and the museum have continually updated its collection, programming, and exhibitions to stay relevant and meaningful.

The project's main focus was to renew the museum’s infrastructure and open up the very heart of the main building, its completion after four years of construction now represents an enormous step forward for the museum, as the museum explained. 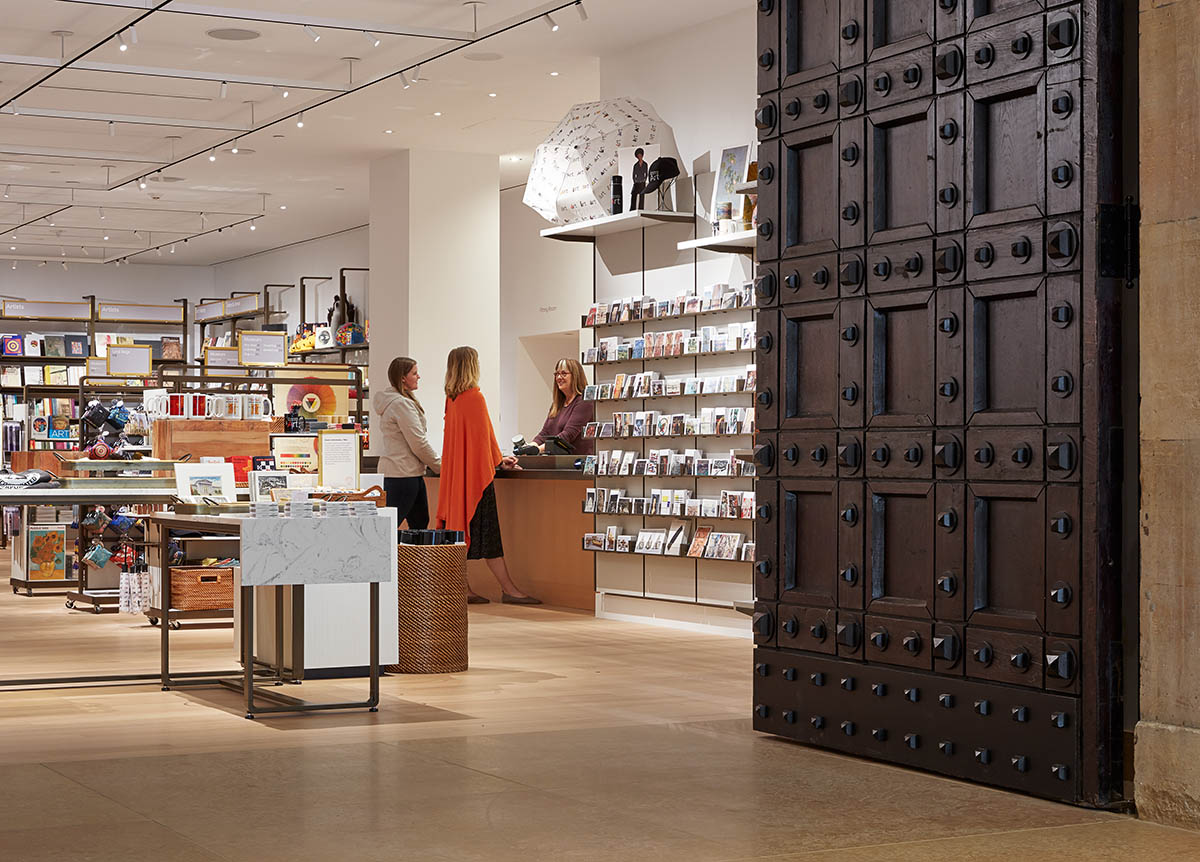 The project comprises nearly 90,000 square feet (8,361 square meters) of reimagined and newly created space within the main building of the Philadelphia Museum of Art. 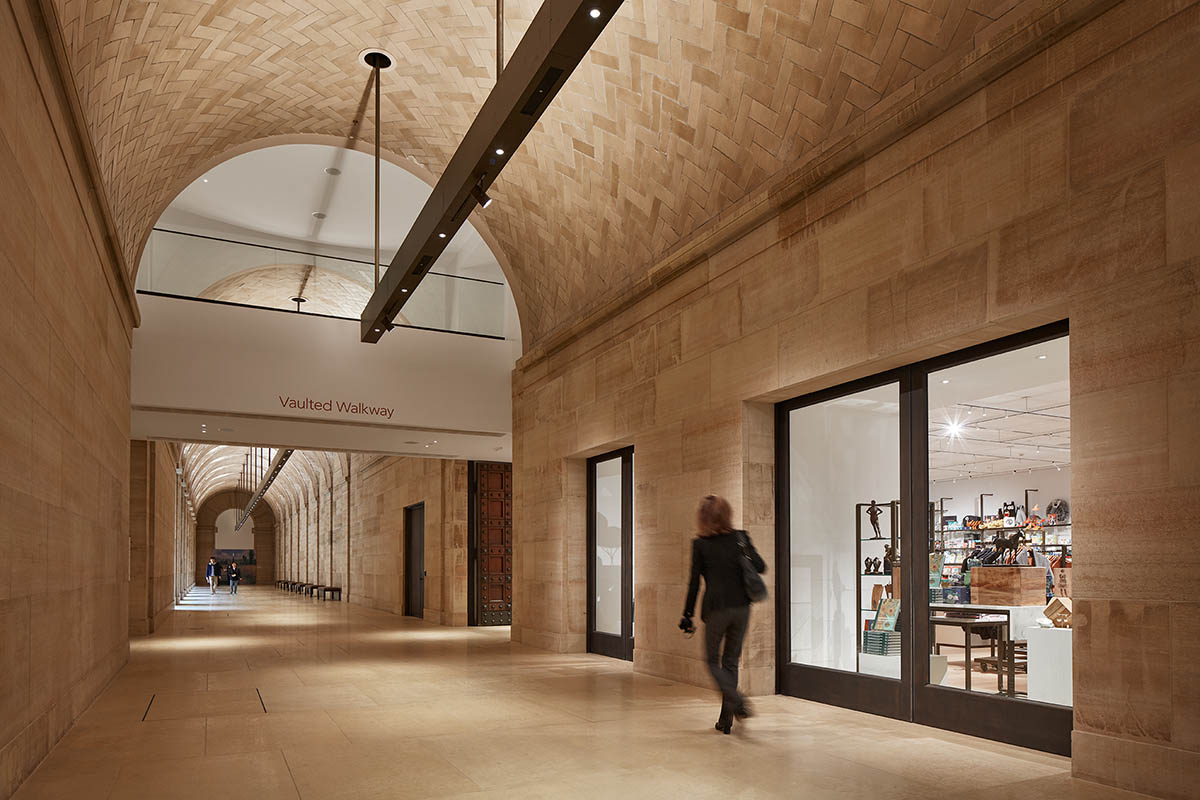 The renovated plans include a rebuilt West Terrace, now the Robbi and Bruce Toll Terrace, with integrated ramps to facilitate access for all visitors; a renovated Lenfest Hall, which has long served as the principal entrance to the museum; a new public space, the Williams Forum, which will serve as the setting for a wide range of activities and will connect the ground floor of the museum to its upper levels, and the Vaulted Walkway, a grand 640-foot long (195-metre) corridor that spans the entire breadth of the building and has not been open to the public for nearly 50 years. 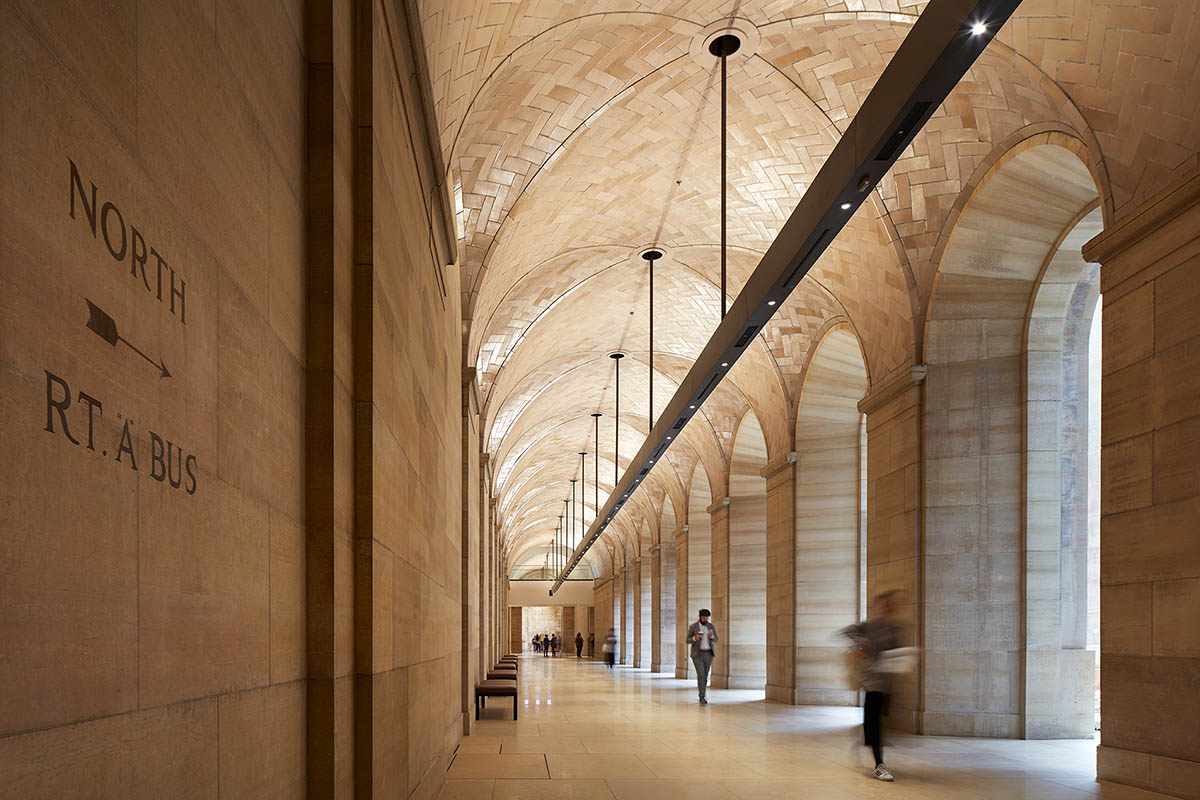 In addition, areas once devoted to offices, the museum’s restaurant, and retail operation have been converted into two new suites of galleries totaling 20,000 square feet (1,858 square meters) of exhibition space.

"One of these, the Robert L. McNeil, Jr. Galleries, is devoted to telling a broader and more inclusive narrative of the development of early American art centered on the prominent role played by Philadelphia in this story," stated in a press release by the museum. The other, the Daniel W. Dietrich II Galleries, focusing on the creative spirit of Philadelphia today, presents an exhibition of the work of 25 contemporary artists with ties to the city and speaks to many of the most pressing issues of our time.

To celebrate the completion of the Core Project, the museum will welcome visitors on a special pay-what-you-wish basis, starting Friday, May 7, through Monday, May 10, the historic date also coincides the museum's first opening to the public in 1877. 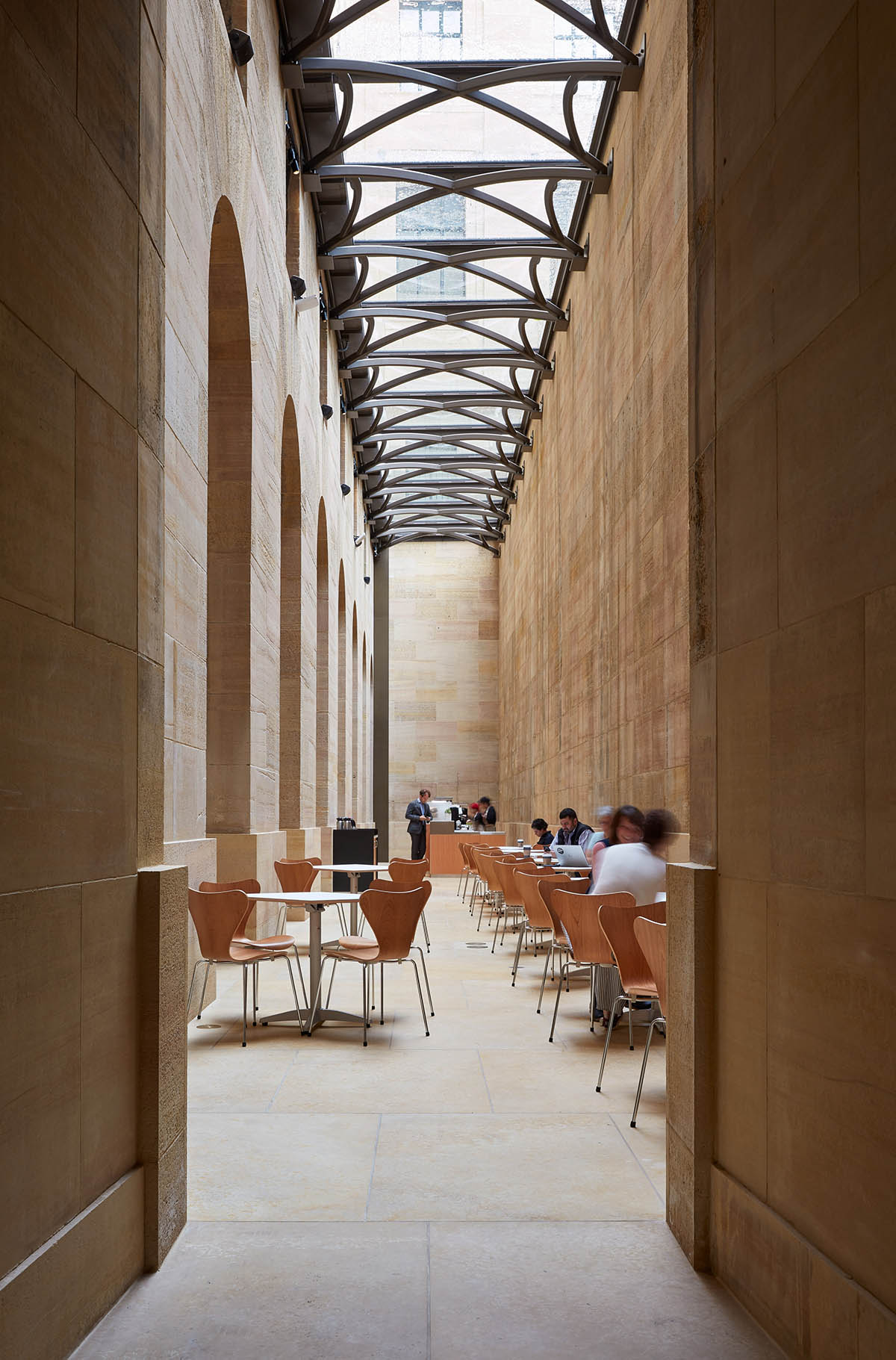 "What we have achieved through the completion of the Core Project represents the work of many hands, from architects and engineers to steel workers and stonemasons," said Timothy Rub, the George D. Widener Director and Chief Executive Officer.

"Our deepest thanks go to everyone involved with the construction, to our dedicated staff and volunteers, to the many public officials who have assisted us with this work, and to our donors."

"The value of Frank Gehry’s brilliant plan for the renewal and improvement of this great building will be clear for everyone to see and appreciate. It both honors the past, respecting the character of this great building, and at the same time offers a compelling vision of the future," Widener added. 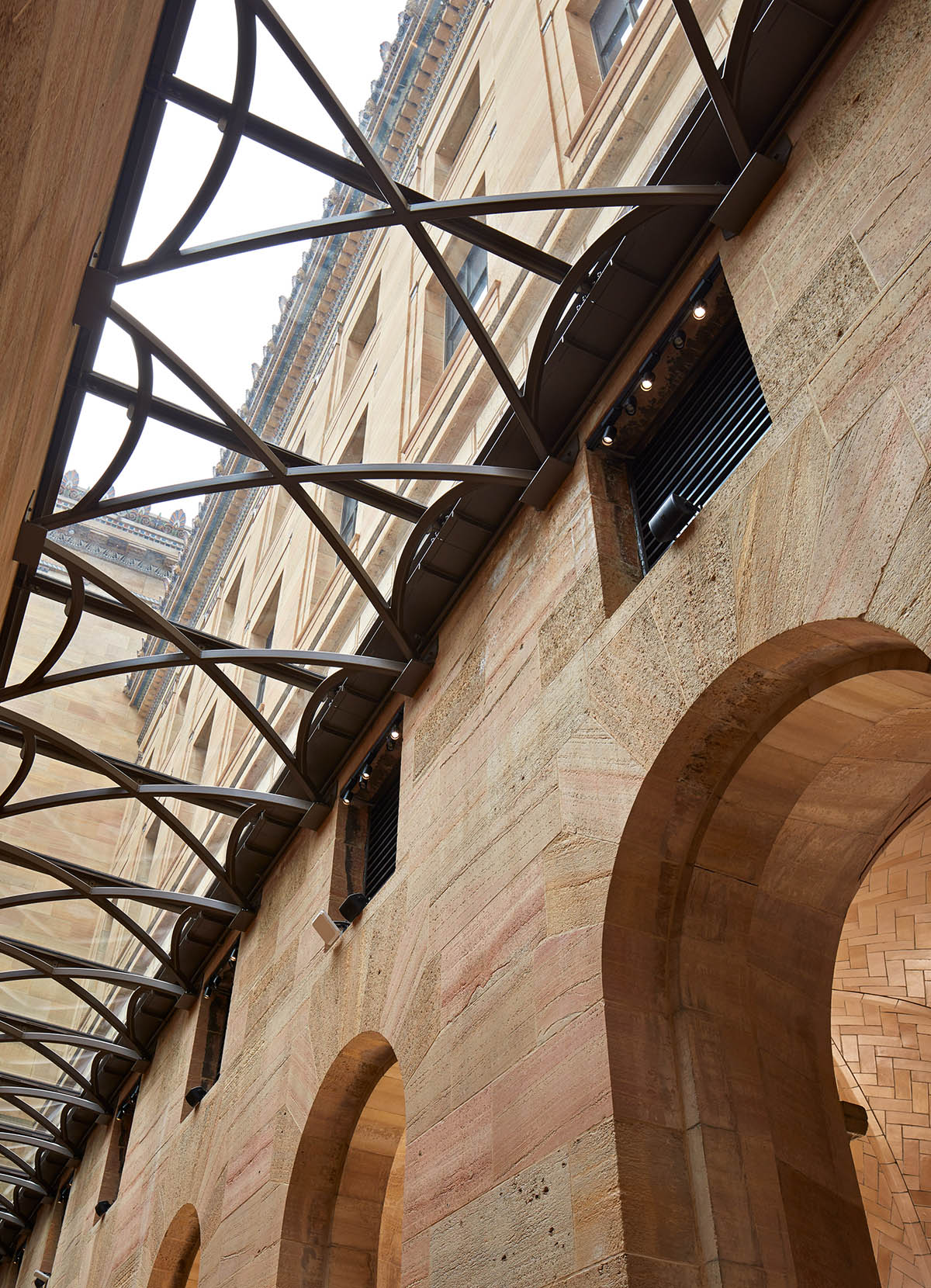 For material choice, Gehry and the museum were determined to honor the building’s original architectural language and materials; notably, they used throughout the same golden-hued Kasota limestone, sourced from the same quarries in a small town in southern Minnesota that supplied it for the construction of the 1928 building. 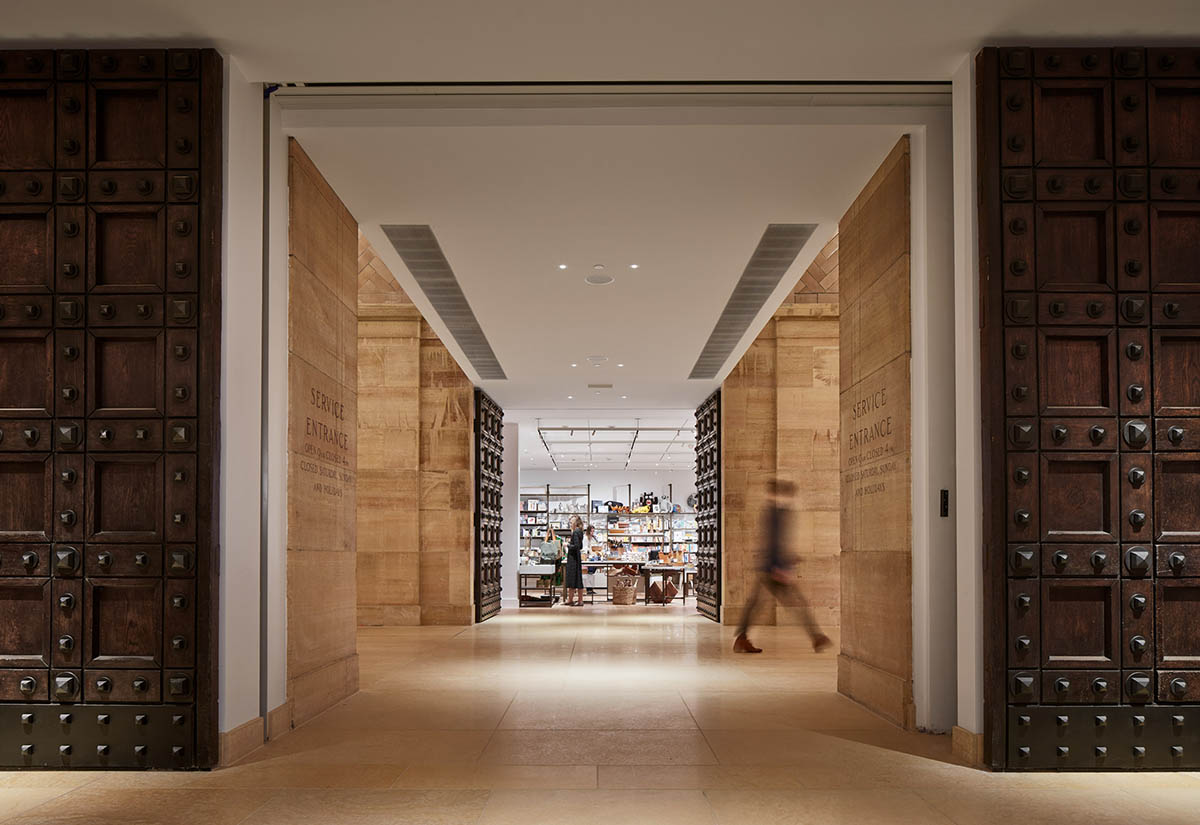 "The goal in all of our work at the Philadelphia Museum of Art has been to let the museum guide our hand," said Frank Gehry.

"The brilliant architects who came before us created a strong and intelligent design that we have tried to respect, and in some cases accentuate. Our overarching goal has been to create spaces for art and for people," Gehry added. 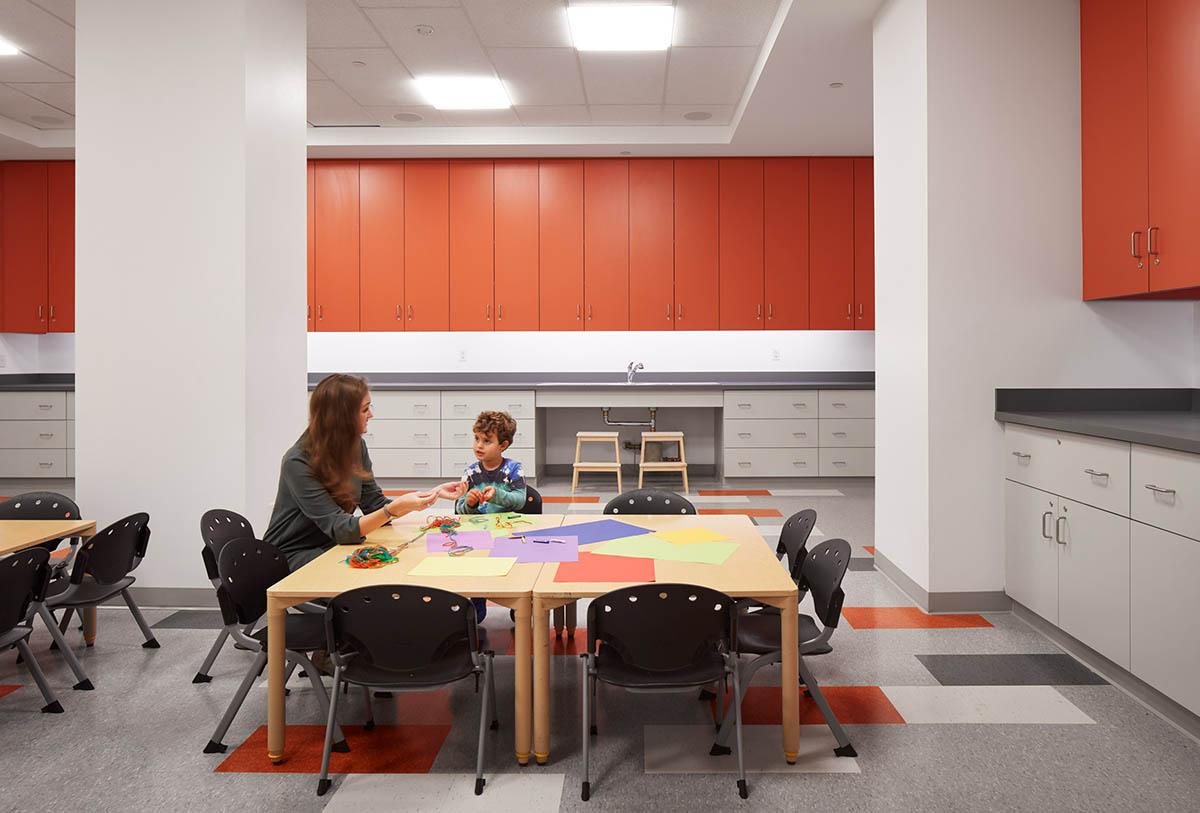 The museum added that "So while the project renovations feature new galleries and a dramatic multistory “forum” space, they also reveal more of the work of the original architects: Horace Trumbauer and his chief designer, the African American architect Julian Abele; and their partner firm of Zantzinger, Borie, and Medary."

"For instance, this phase marks the reopening of the entire length of the original Vaulted Walkway, which will take visitors across the building’s entire length from north to south on the ground level." 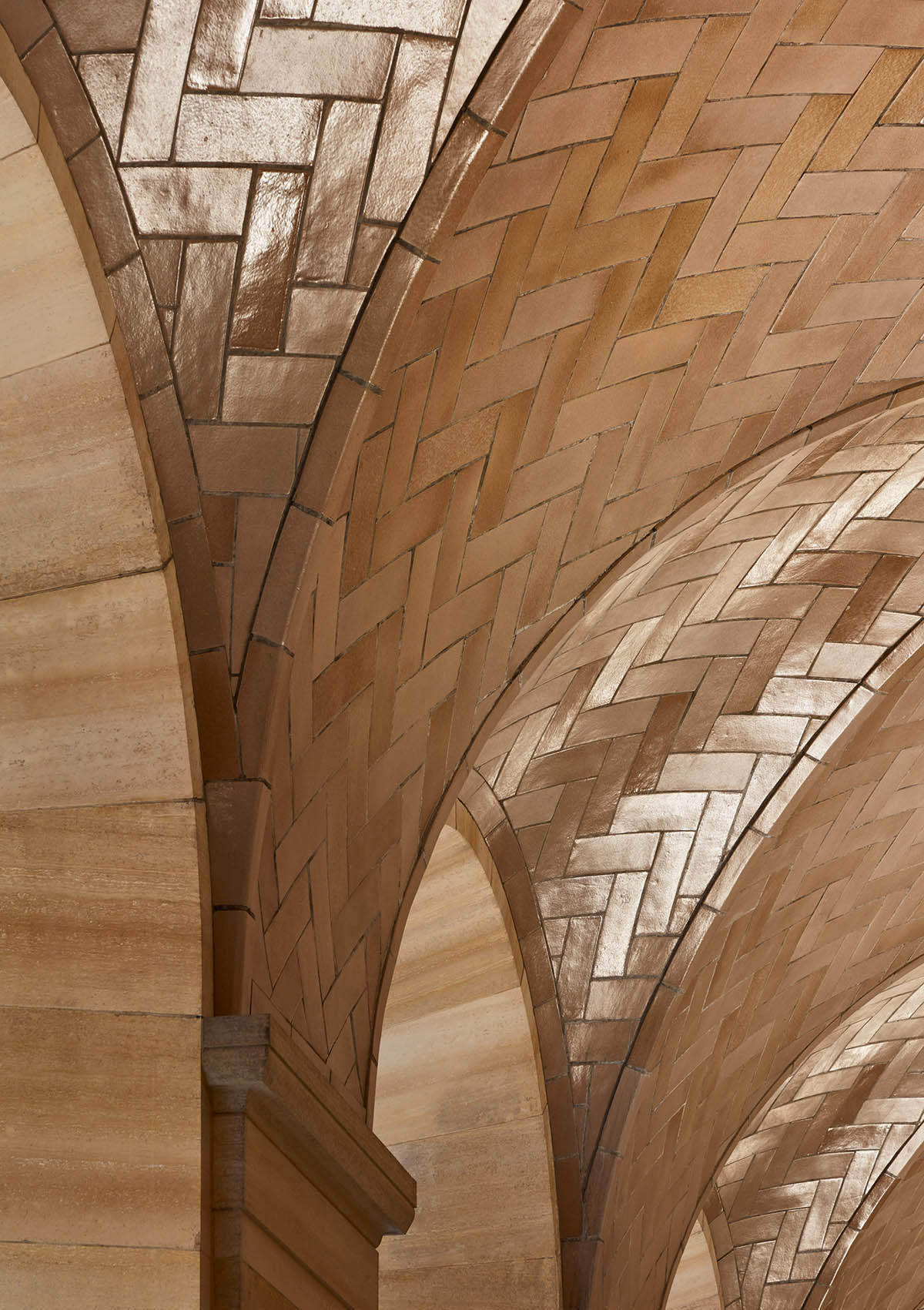 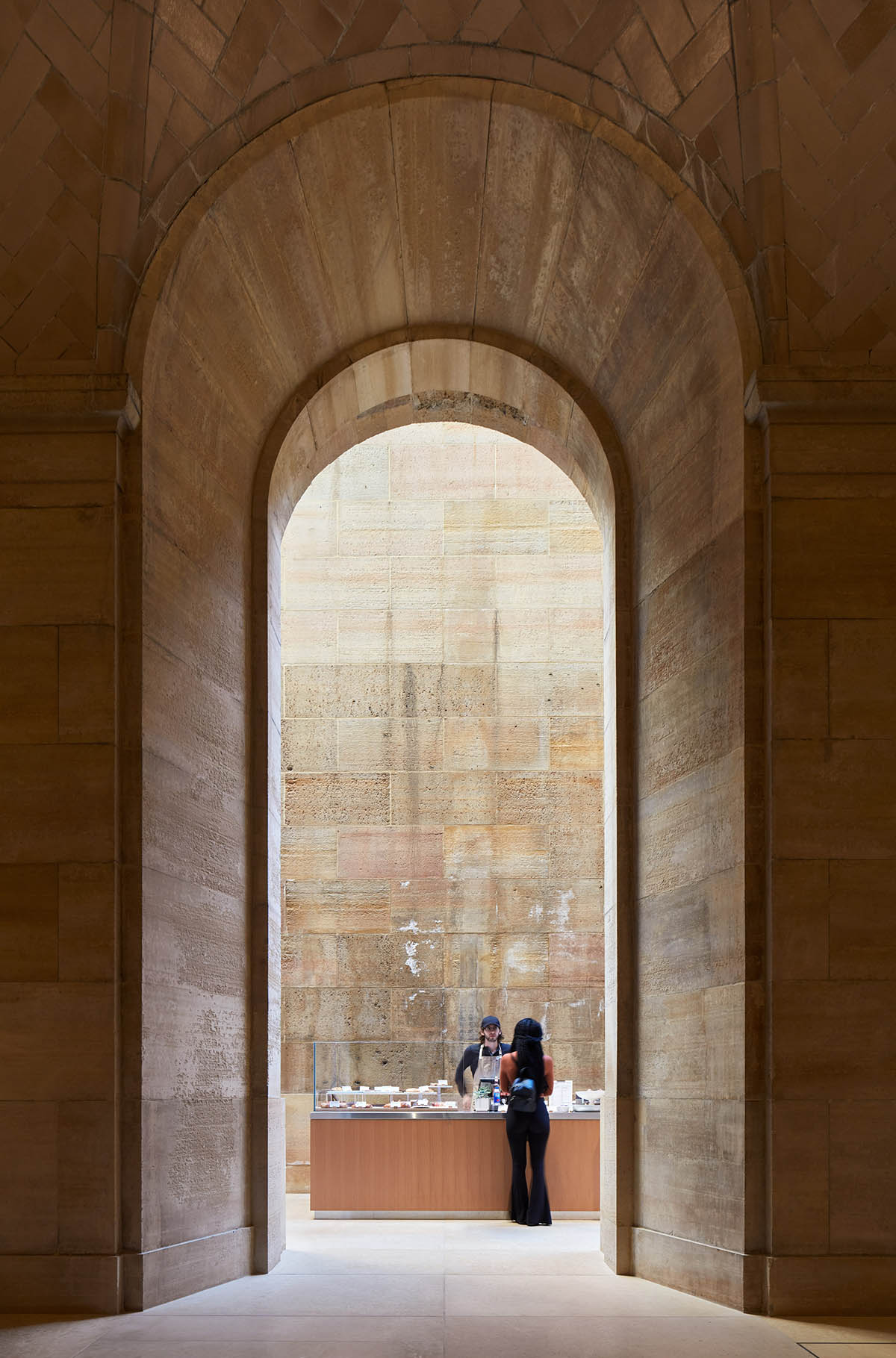 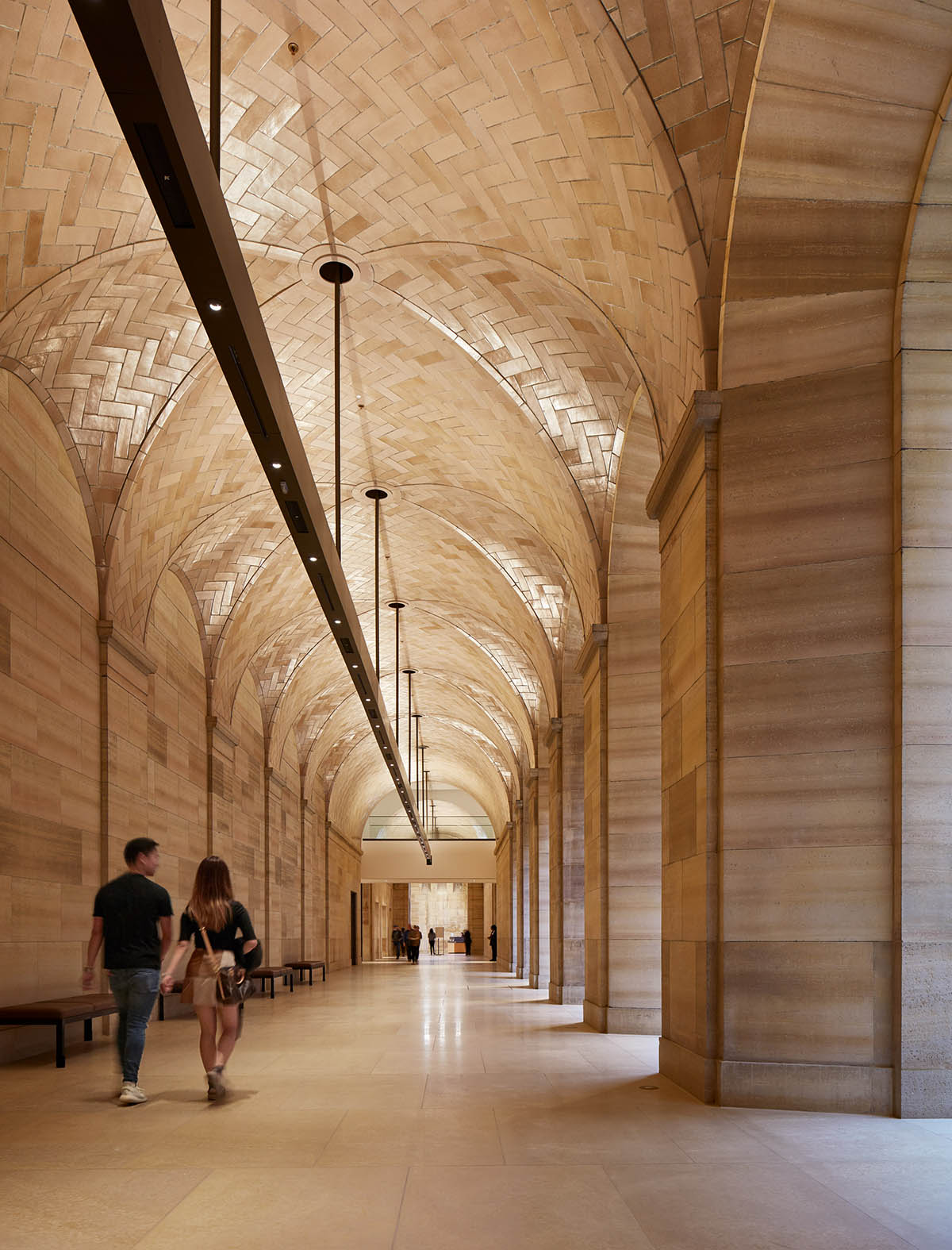 The Canadian-American Frank Gehry has built an architectural career that spans over six decades. Gehry received his Bachelor of Architecture degree from the University of Southern California in 1954, and studied city planning at Harvard University Graduate School of Design.

Born in Toronto and based in Los Angeles since 1947, Gehry has produced public and private buildings across America, Europe, and Asia. Hallmarks of Gehry’s work include a concern that people exist comfortably within the spaces that he creates, and an insistence that his buildings address the context and culture of their sites.

In 1989, he was awarded the Pritzker Architecture Prize, honoring "significant contributions to humanity and the built environment through the art of architecture."

All images © Steve Hall, courtesy of Philadelphia Museum of Art, 2021.

> via Philadelphia Museum of Art