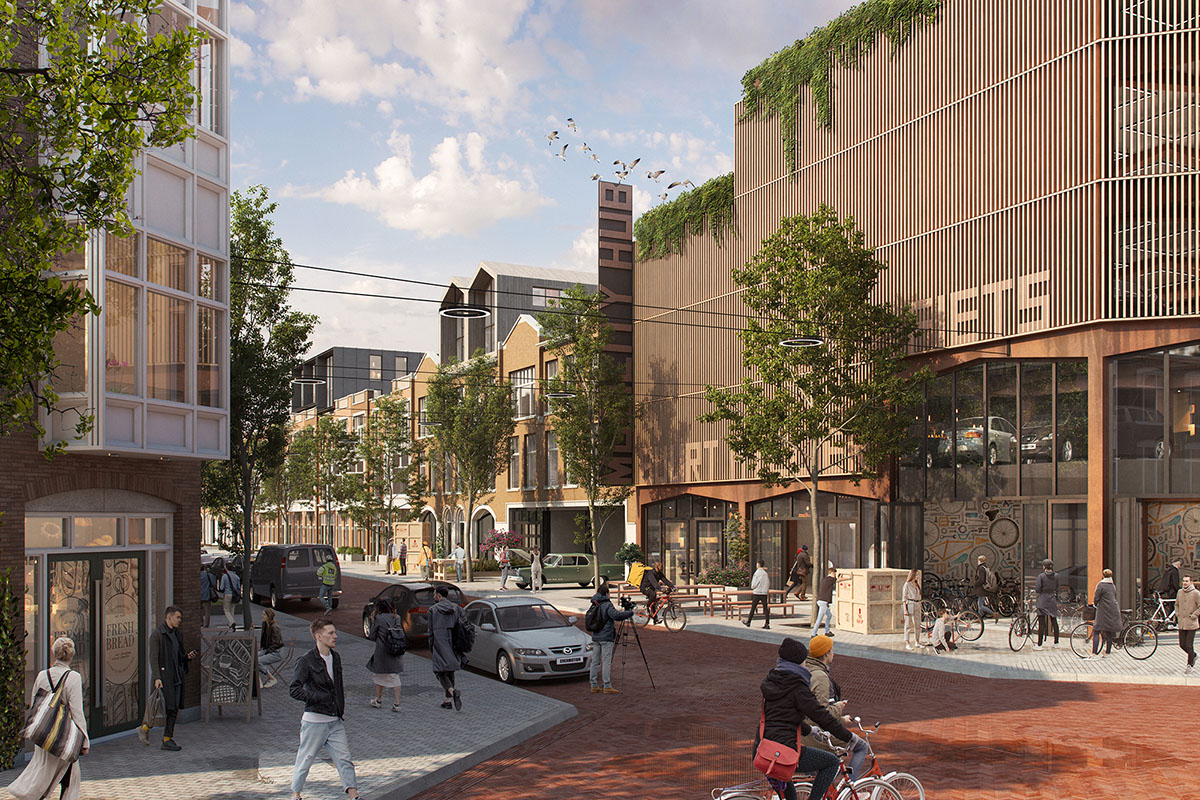 The Hague City Council has officially approved the structural vision for the Central Innovation District, designed by De Zwarte Hond. The Central Innovation District is The Hague’s economic engine, located between the Central, HS and Laan van NOI stations. In order to increase the economic growth in this area and implement it in the urban tissue of The Hague’s city centre, a structural vision is designed including a huge densification. 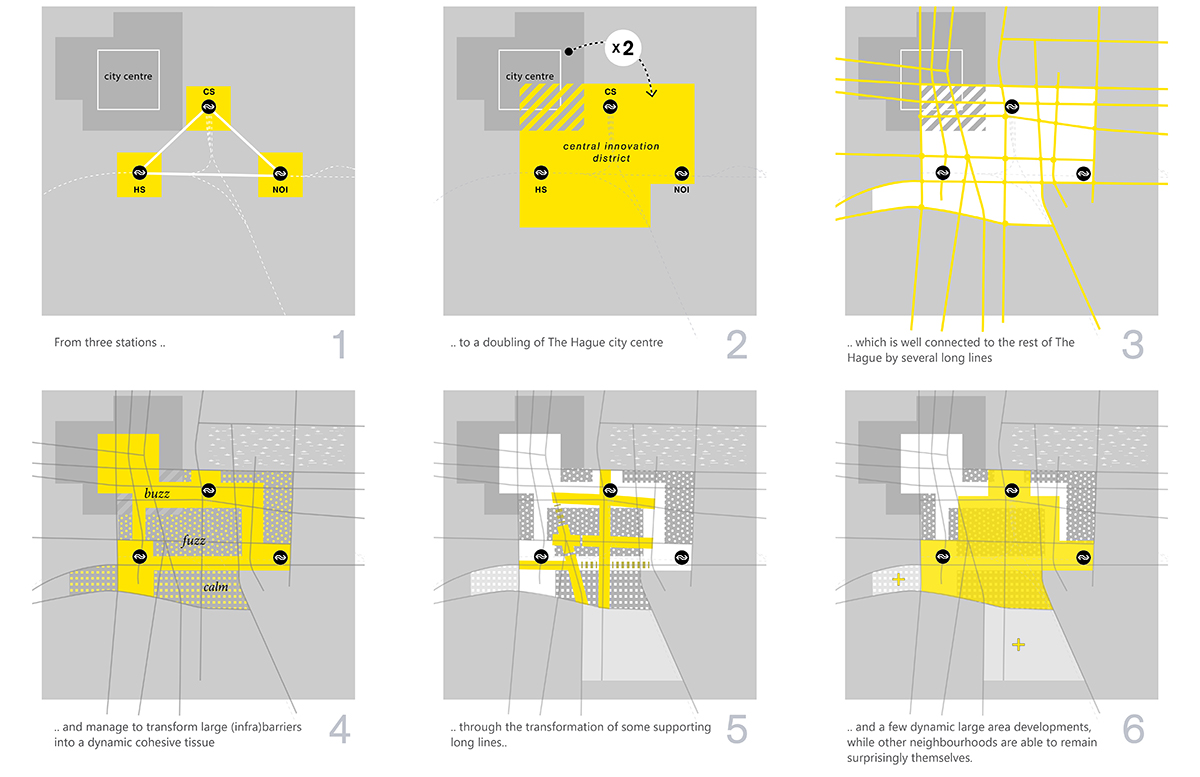 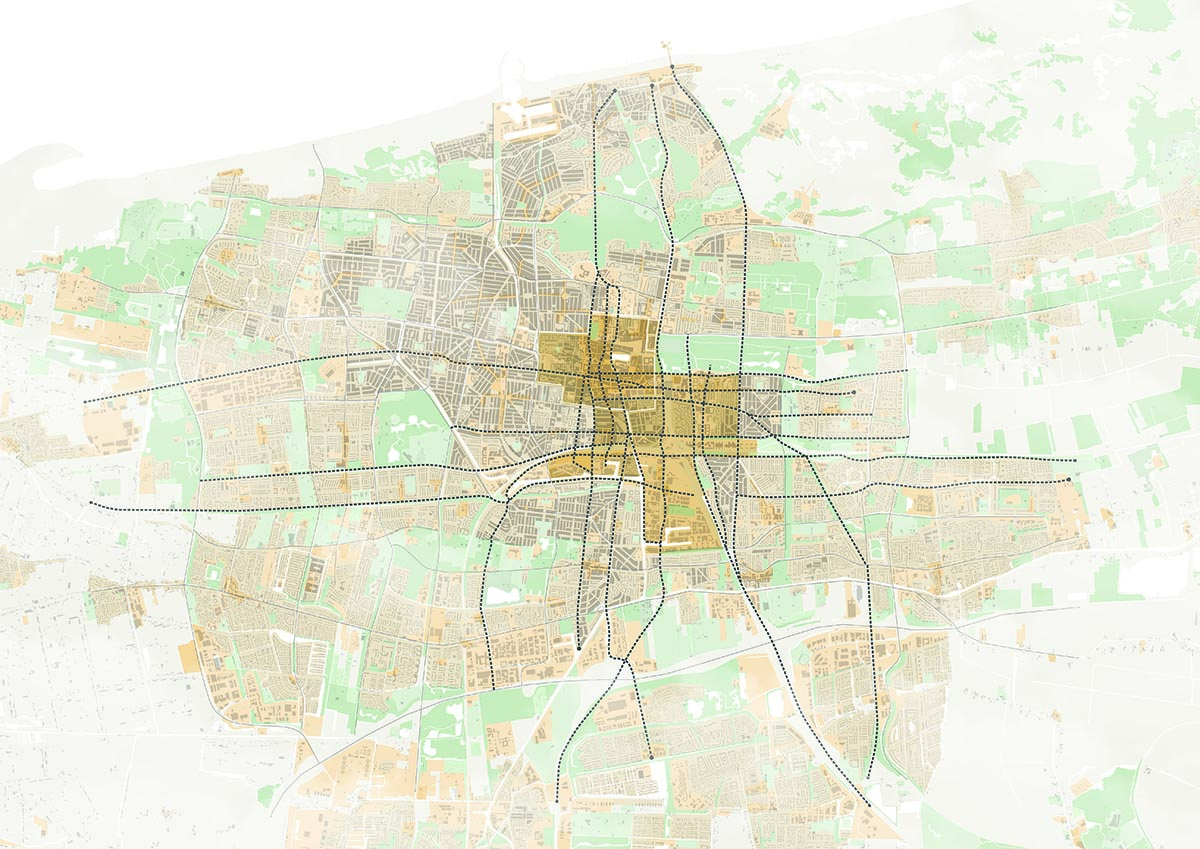 One of the main aspects in the structural vision is allowing cars only as a guest. This will result in the Central Innovation District (CID) having an urban atmosphere, just like The Hague’s city centre. Pedestrians and cyclists will have plenty of space, where cars are a guest.

"Just as it is now unimaginable that the Binnenhof was once a car park, in the future we will also look back with amazement at the current layout of the CID," says Daan Zandbelt, urban planner and partner at De Zwarte Hond.

Current situation and redesign of the Central Station area

De Zwarte Hond states that: "The structural vision makes the CID an attractive area for working, living and meeting – a central environment that doubles the size of the current centre. To ensure that quiet residential environments and dynamic living-work environments can coexist, streets and building blocks are given a profile through qualitative zoning: ‘buzz’, ‘fuzz’ and ‘calm’ or a combination of these."

Interventions are designed in strategic locations. The connecting axes between the stations and the historic centre, will increase the quality of stay and ensure that the CID is implemented in The Hague’s city life.

The structural vision is designed by De Zwarte Hond, and subsequently translated by Witteveen + Bos into the legal planning framework. The project will add 20,000 homes and 25,000 jobs to the area. A colourful mix-use design, where housing, work and recreation are intertwined will result in a lively and attractive street scenery. On July 1st, the The Hague City Council approved the structural vision.

Location: The Hague, the Netherlands

Client: Municipality of The Hague

All images are courtesy of De Zwarte Hond.