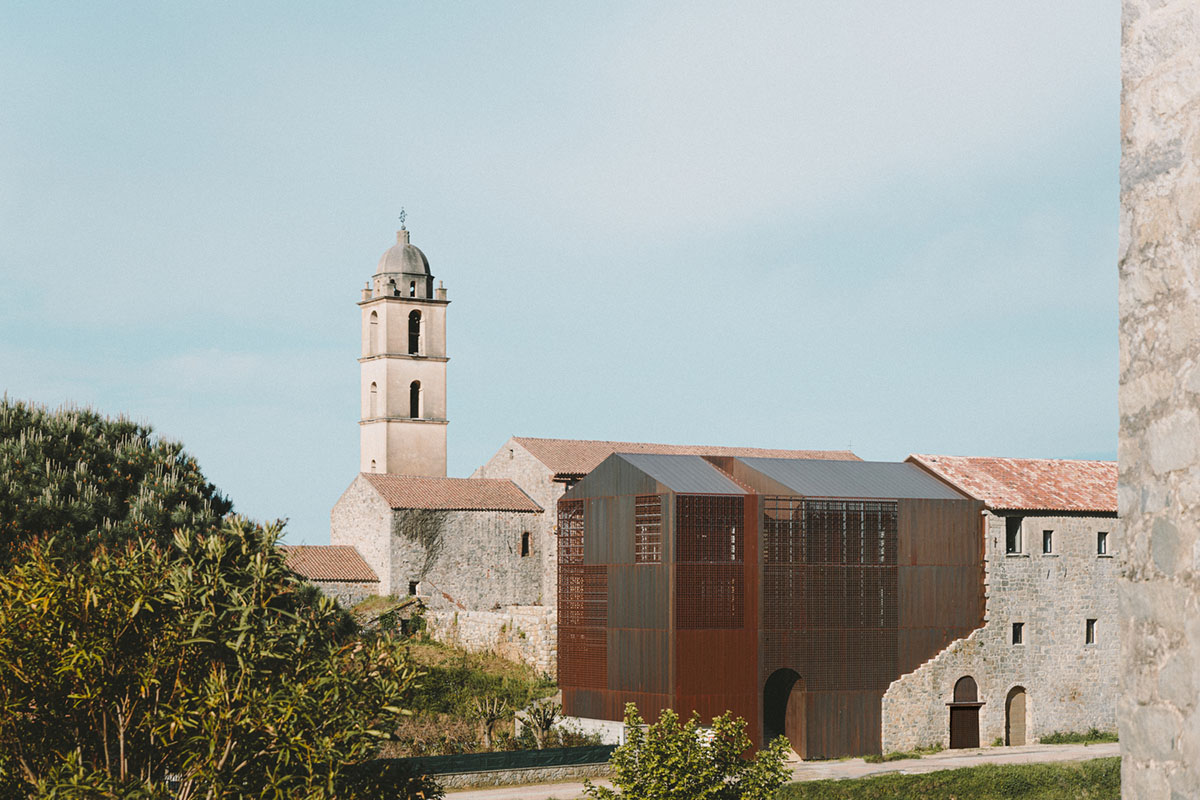 French architecture practice Amelia Tavella Architectes has renovated a 1480s convent with a copper structure that complements the old ruin in a harmonious way.

Dating back to 1840, this partially ruined building is known as a historical monument and had been abandoned for a very long time. Its rear façade looks at a cemetery, the structure overlooks the village it is watching. 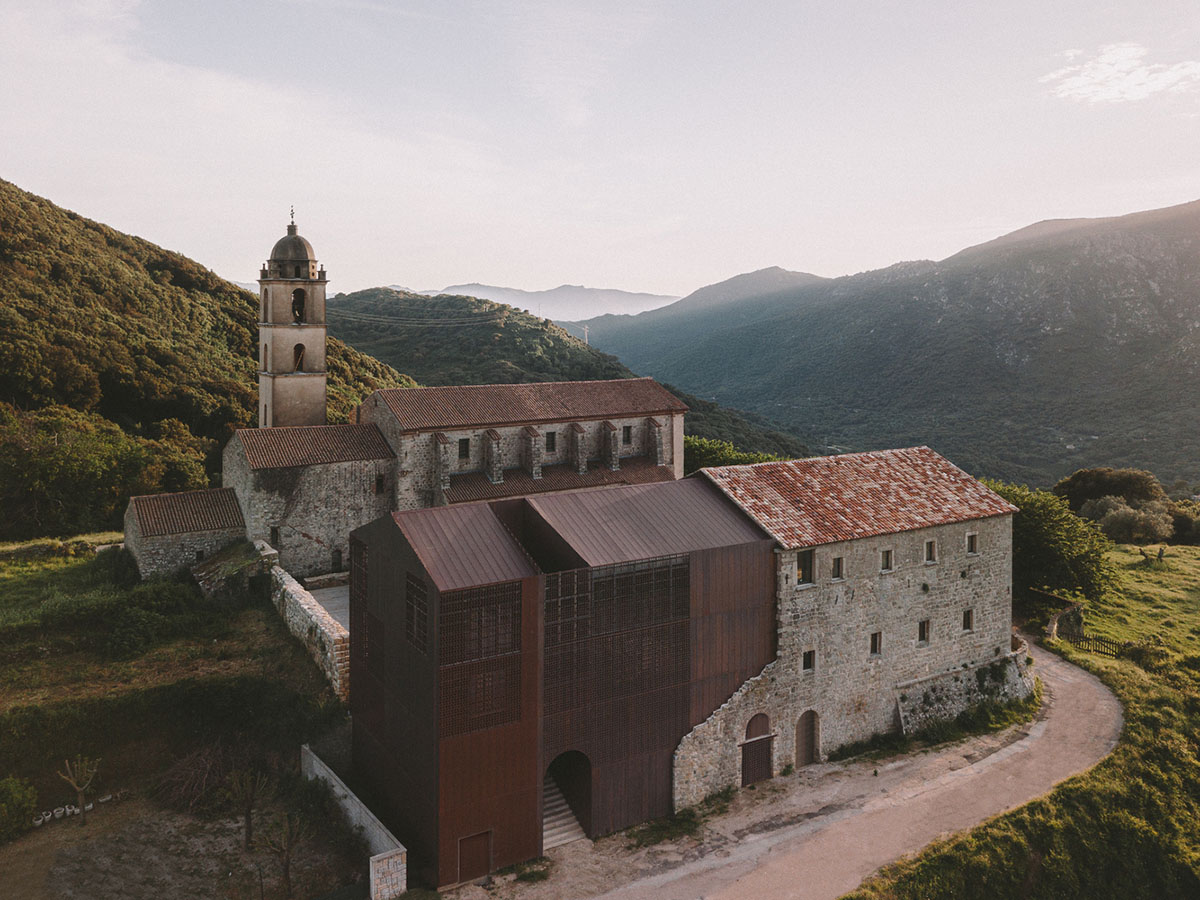 The structure has a front and a backstage. An olive grove is like a collar at its feet, a happy garden of heavenly food. In front of him, the spectacle of the Corsican mountains. Here pulses the heart of Alta Roca. The beauty there is religious, supernatural.

"I believe in higher and invisible forces. The Convent Saint-François, built in 1480, is part of this belief," said Amelia Tavella. 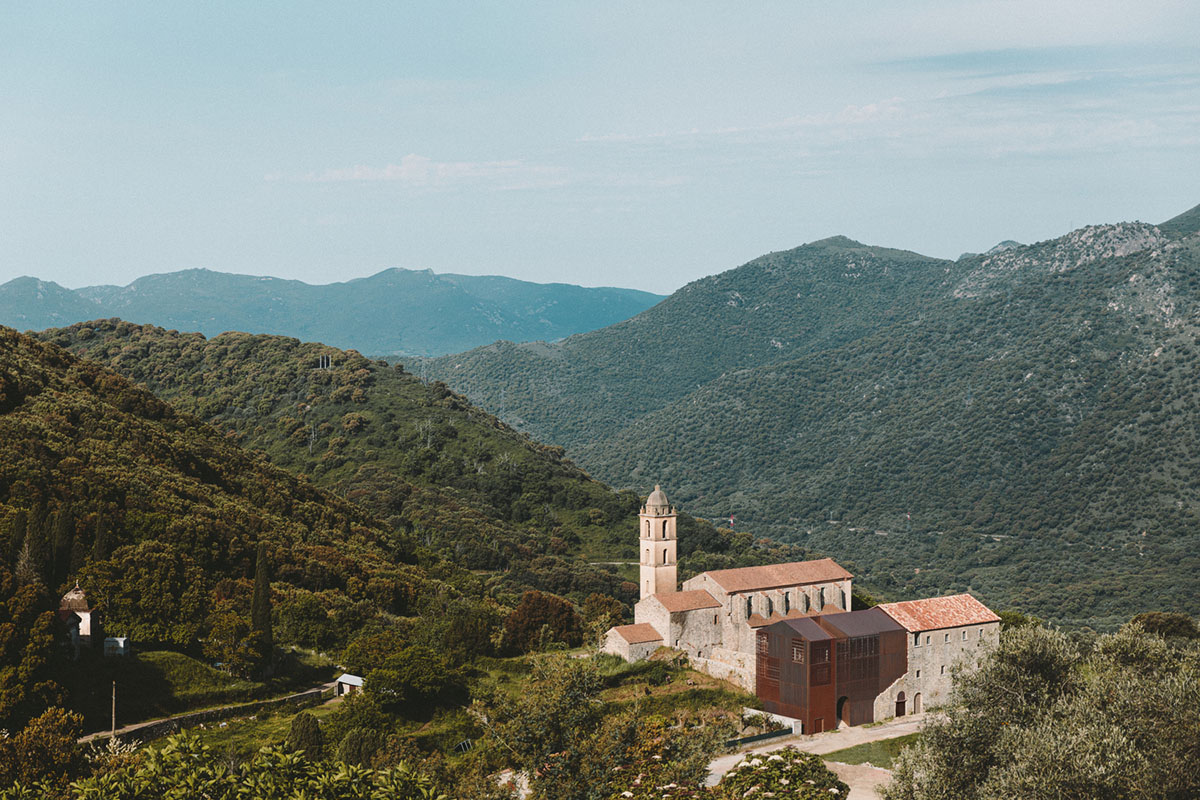 "Housed high up, on its promontory, it was a defensive castle before being a place of prayer, of retreat, chosen by monks aware of the absolute beauty of the site. Faith rallies to the sublime."

"Nature has grown inside the building, Siamese nature slipped between the stones and then transformed into plant armor that protects against erosion and collapse. A fig tree is included in the facade. The wood, the roots become structural replaced the lime," Tavella added. By conceiving the rich sources of the nature, the architects honored this historic monument with nature which will have long protected the dormant building before its resurrection. 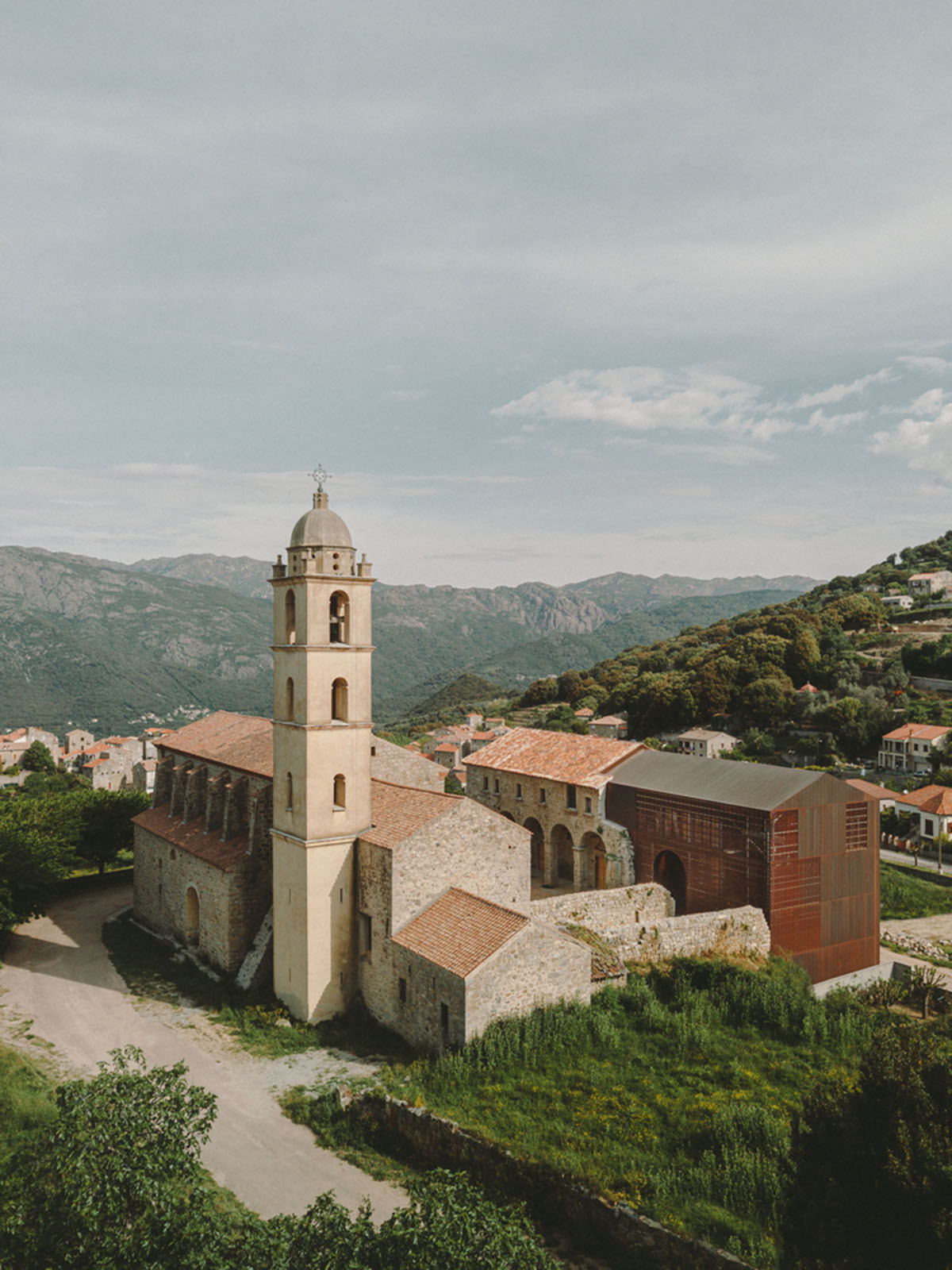 Amelia Tavella has chosen to keep the ruins and replace the torn part, the phantom part, in copper work which will become the House of the Territory.

"Building after ruins is the past and modernity embracing each other, making the promise never to betray each other. One becomes the other and no one is erased," continued Amelia Tavella.

"I liked the idea of a possible return to ruin, that the copper could be undone - this possibility is a courtesy, respect, to the past, to Corsican heritage. I built the “Maison du Territoire” by aligning myself with the original massing. By mimicry, I reproduced the silhouette of the pre-existing building." 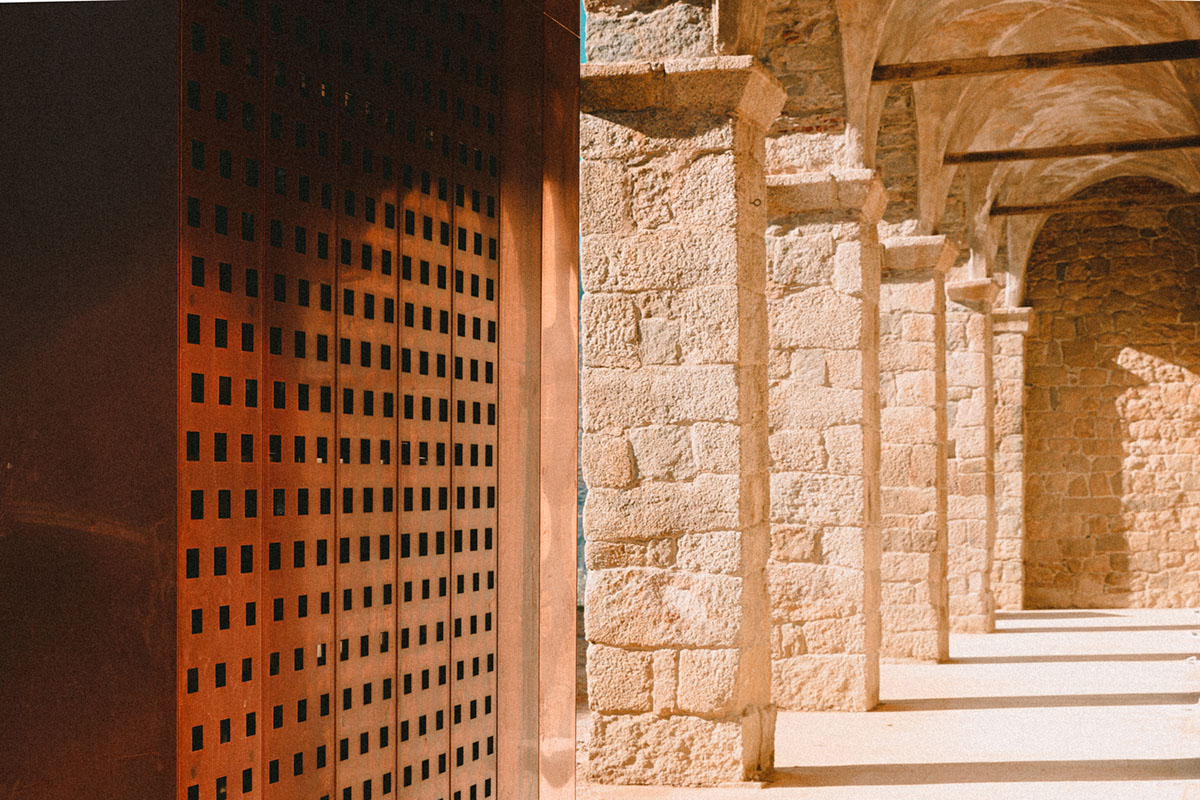 Like the mountain scene, the architect retraced the blueprint, concerned with the symmetry of beauty, nothing should strike the eye. She’s haunted by the obvious. "Each work is a work of love. Love of the place, of the building, of its mutation as one could say of a species which transforms itself from what it has been," Tavella added.

The architect preferred to use copper for the new addition. According to the architect, the copper material could act as a a gesture of softness, it is feminine like stone. 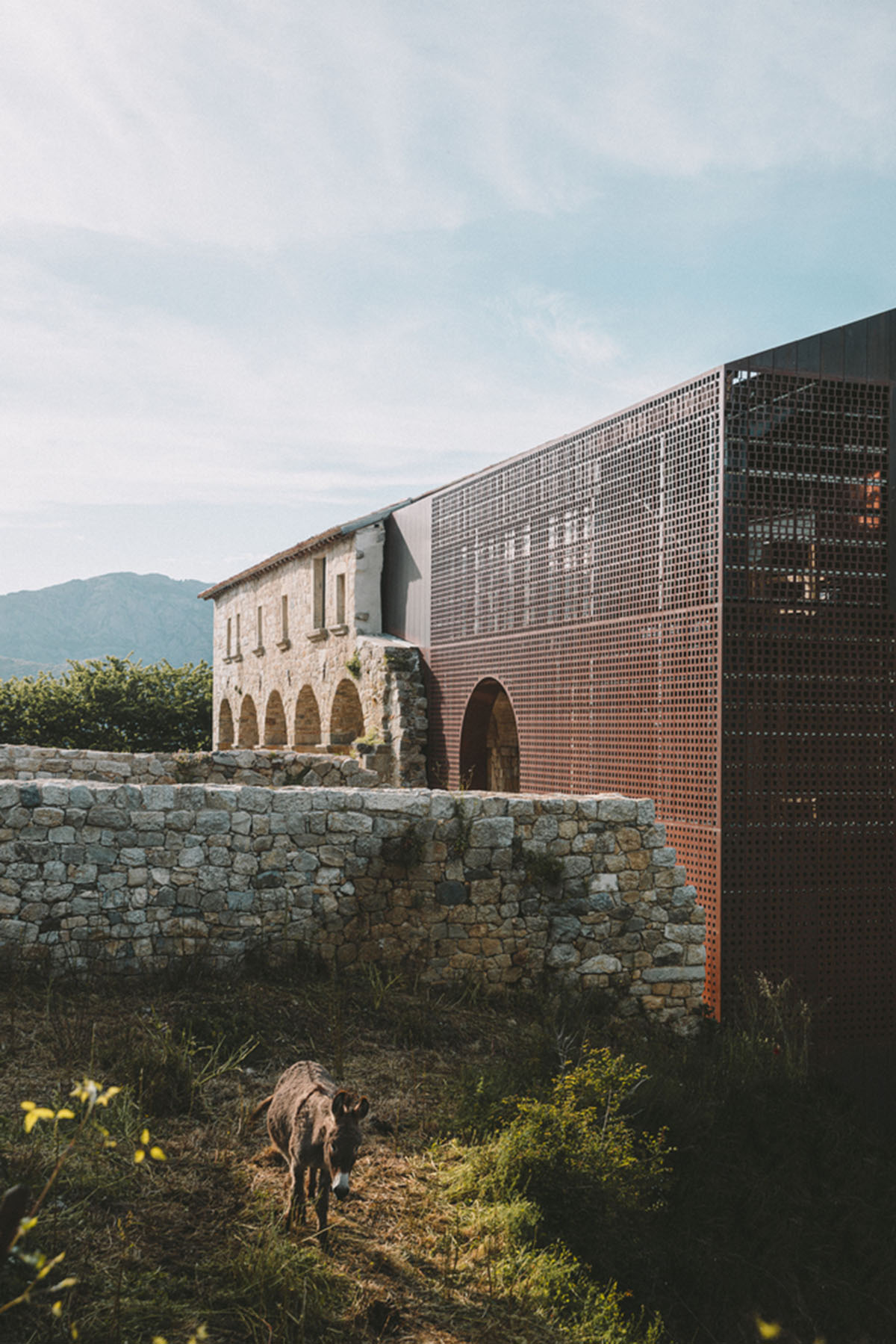 The architect added that "Unlike granite, however, it approaches its grandeur, by its preciousness and its propensity to capture the light, to reflect it, sending it back to the sky like the prayers of the monks and the faithful who address themselves to the Most High." 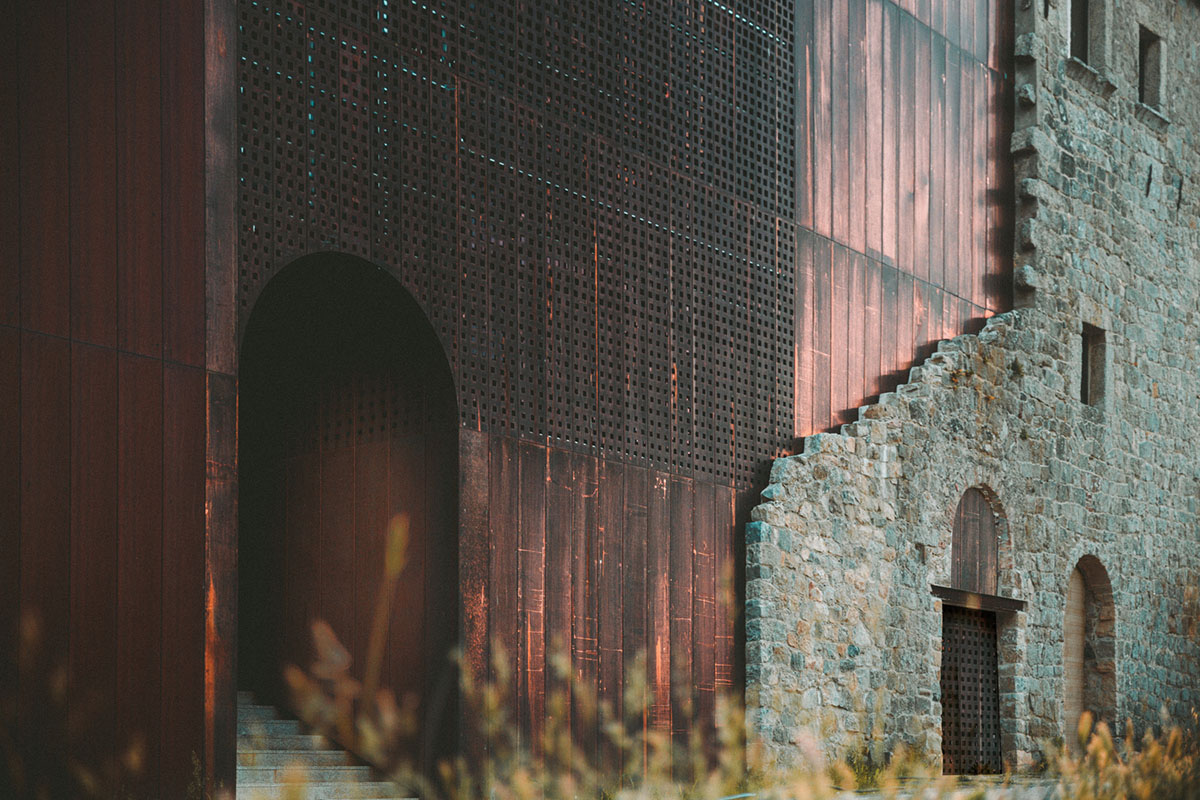 Its moucharabiehs direct the light inwards, the light captured and diffused as if it were passing through the stained glass window of a church. A noble and dazzling material in the first sense of the term, copper transforms the place into an experience. The sun falls there and carries away. 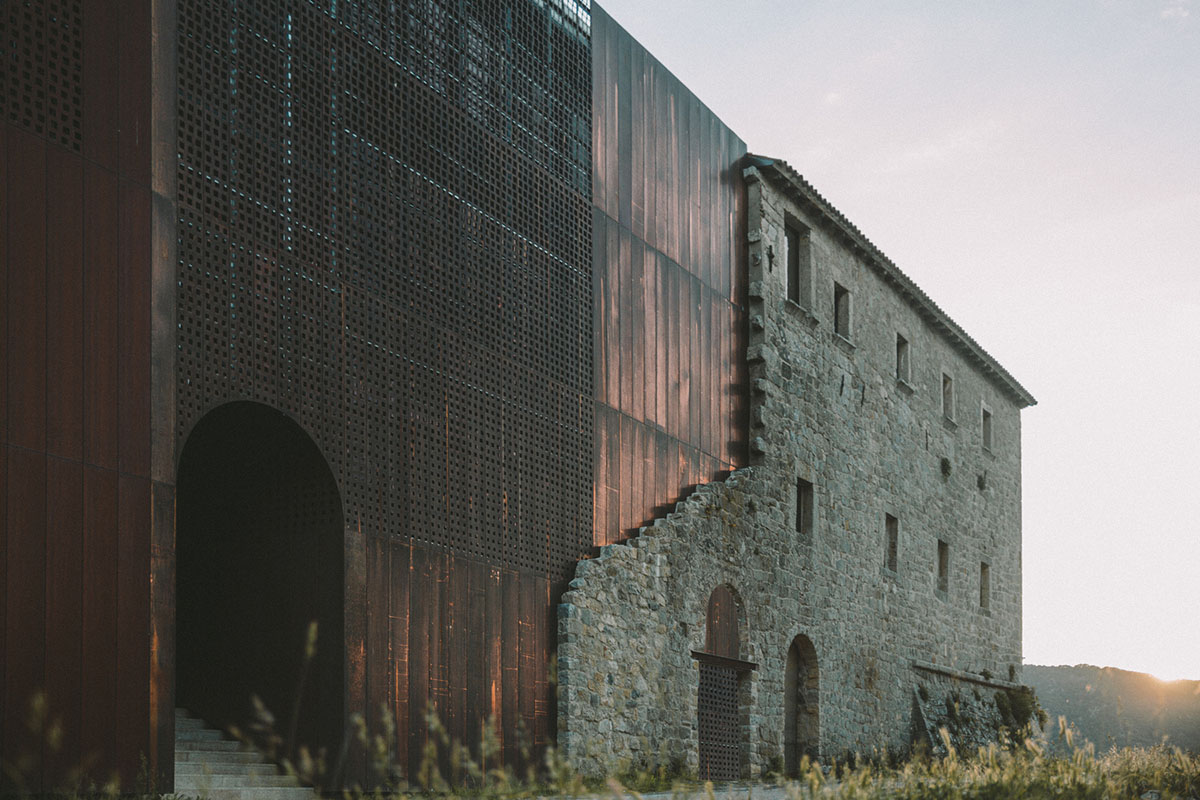 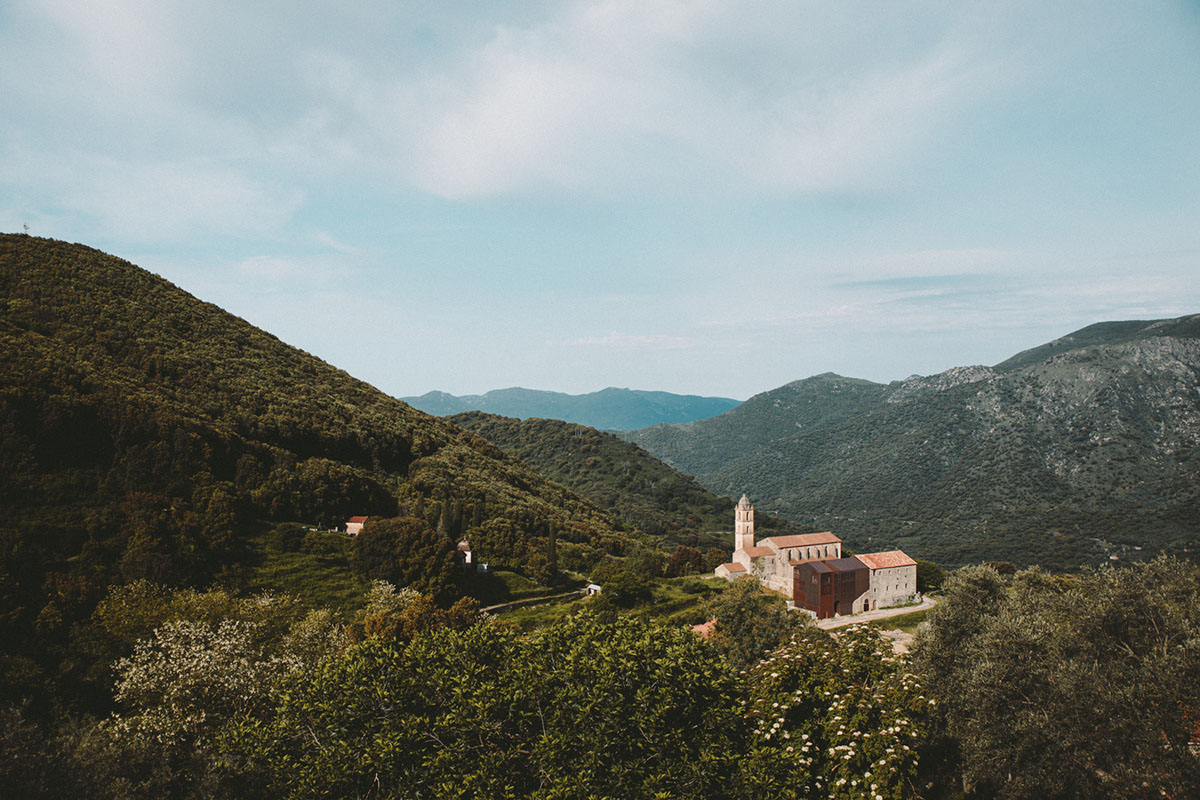 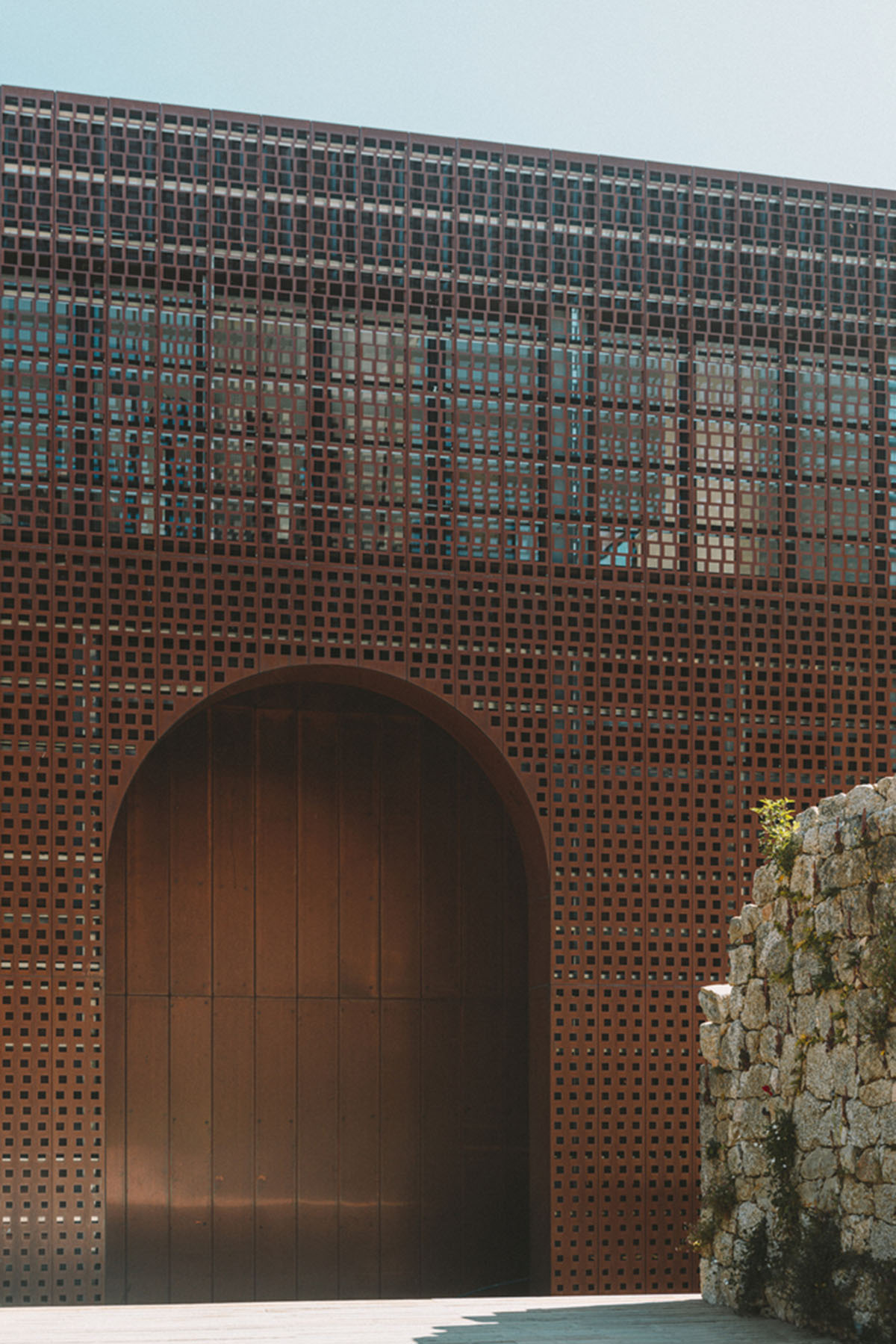 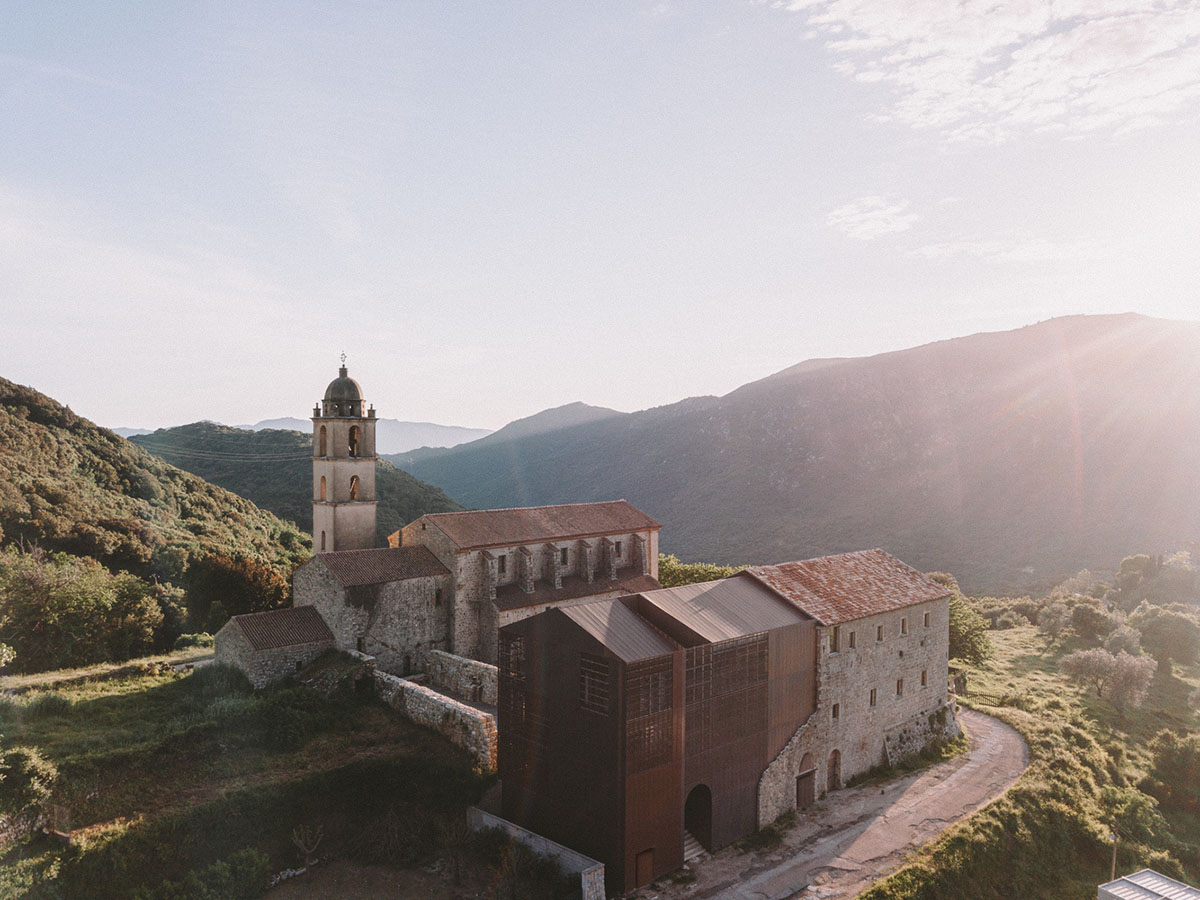 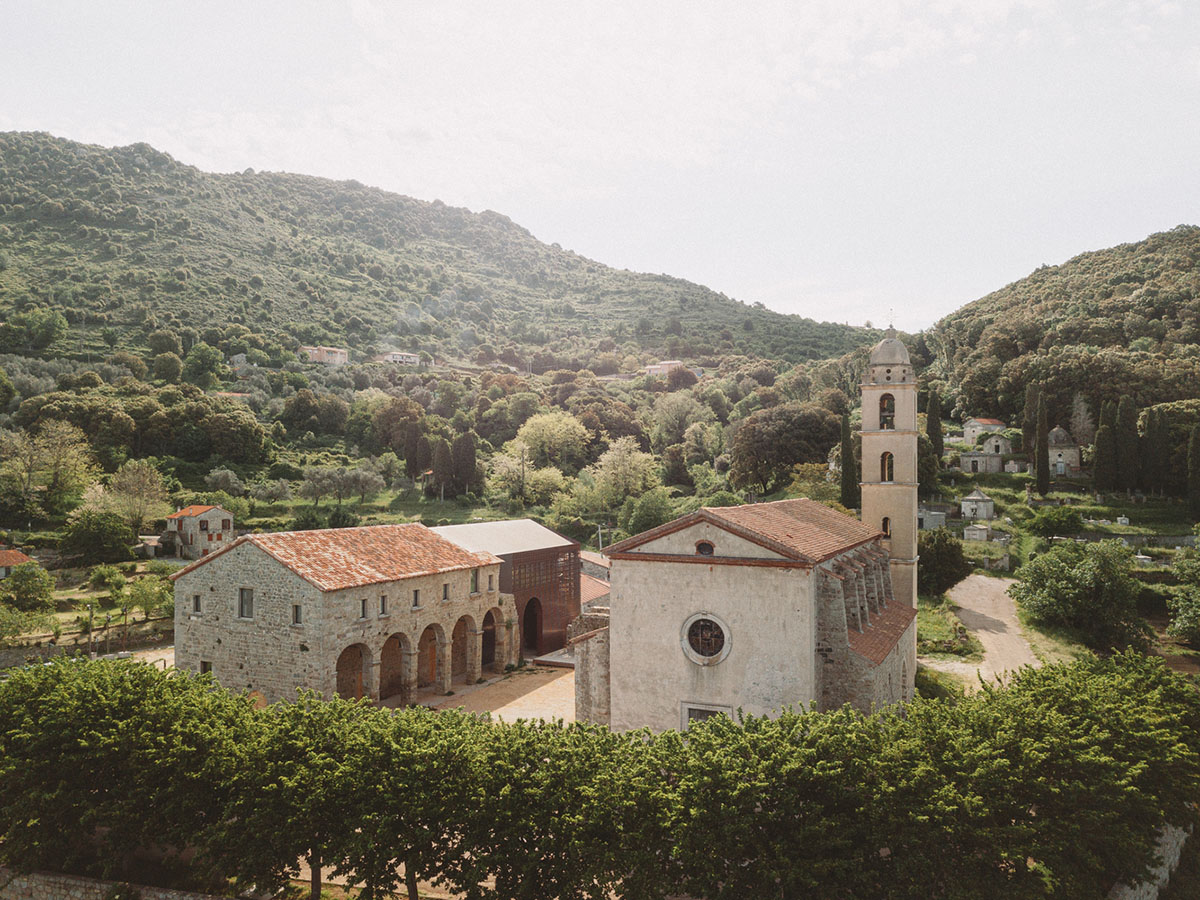 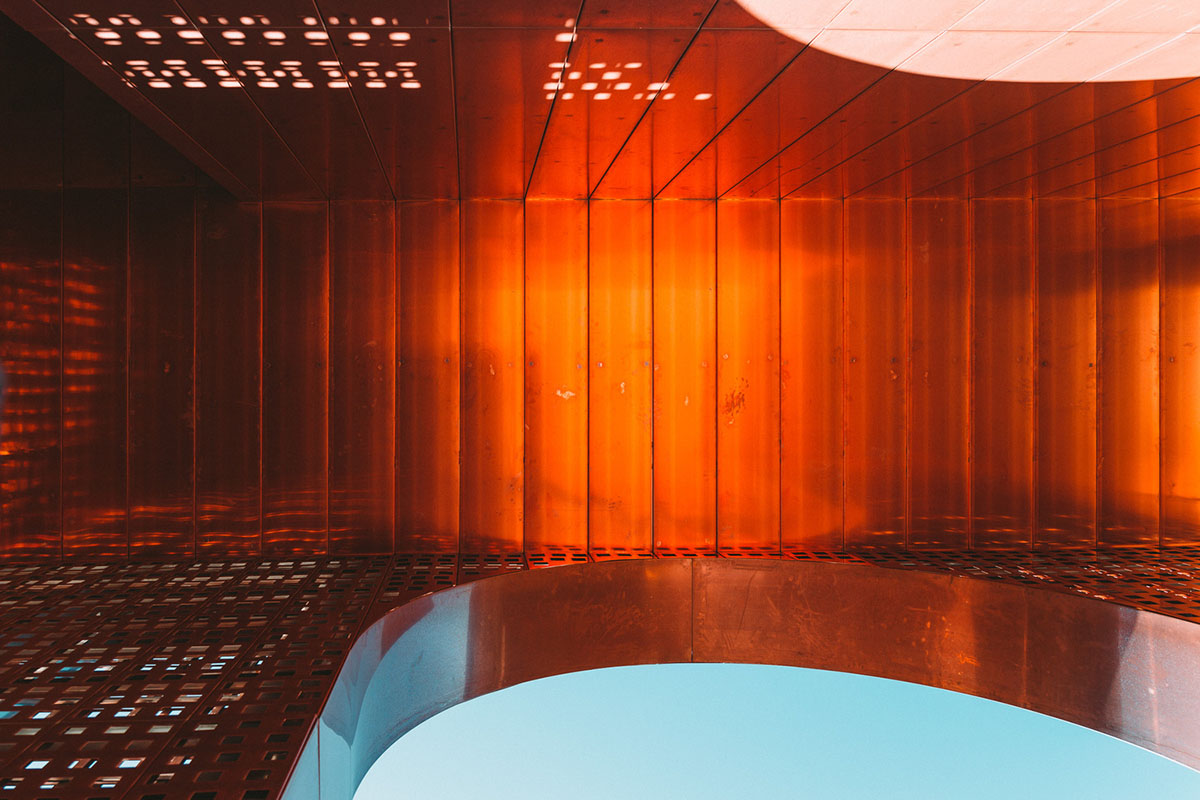 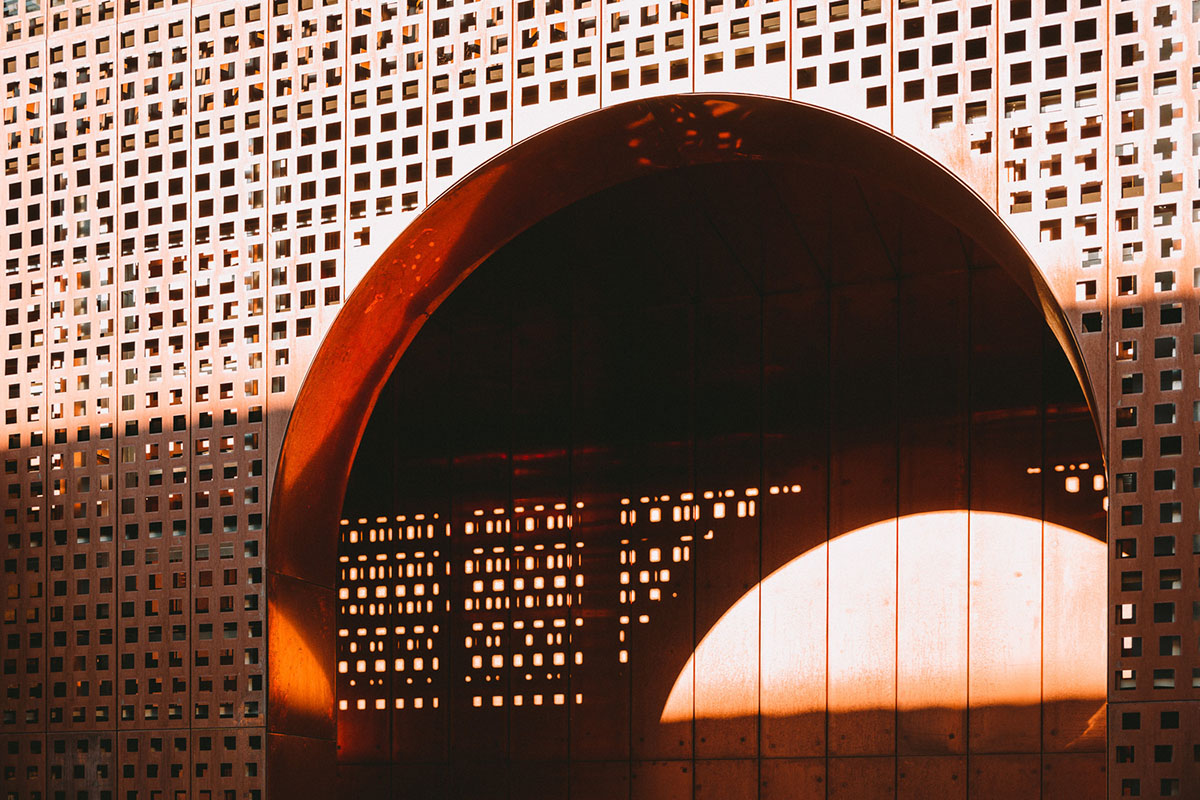 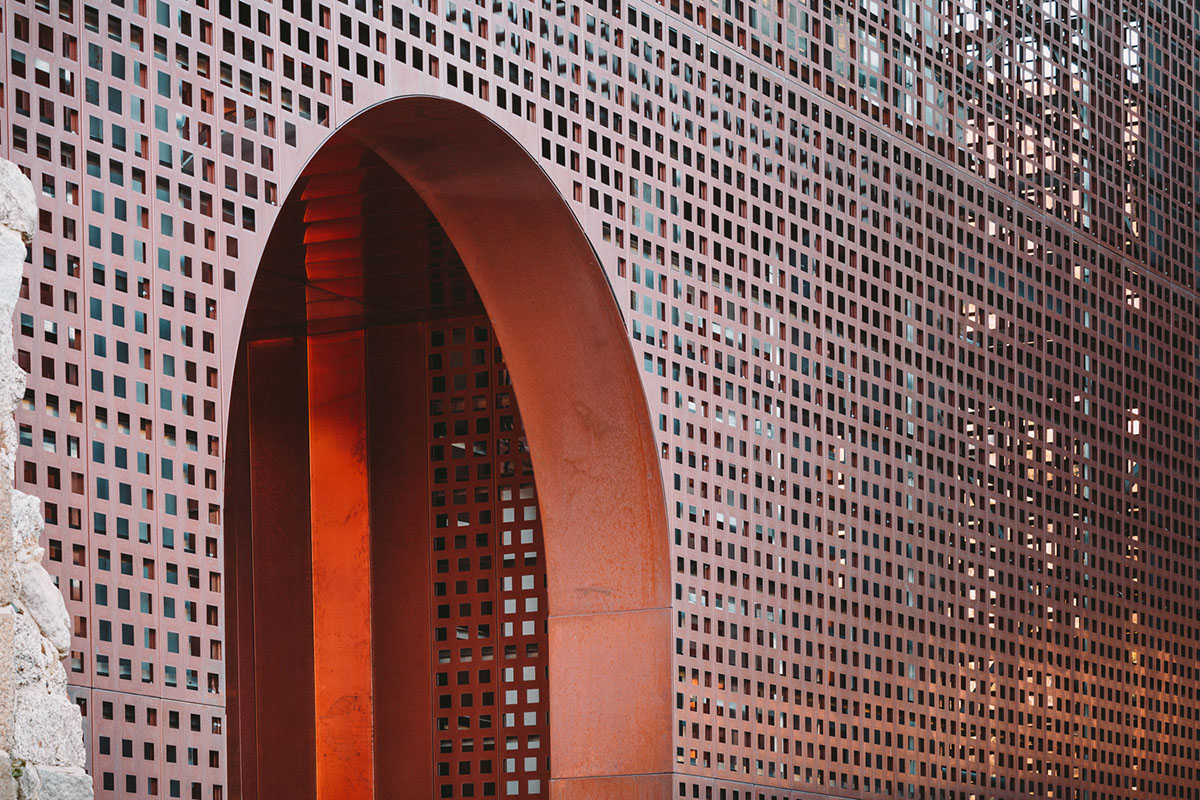 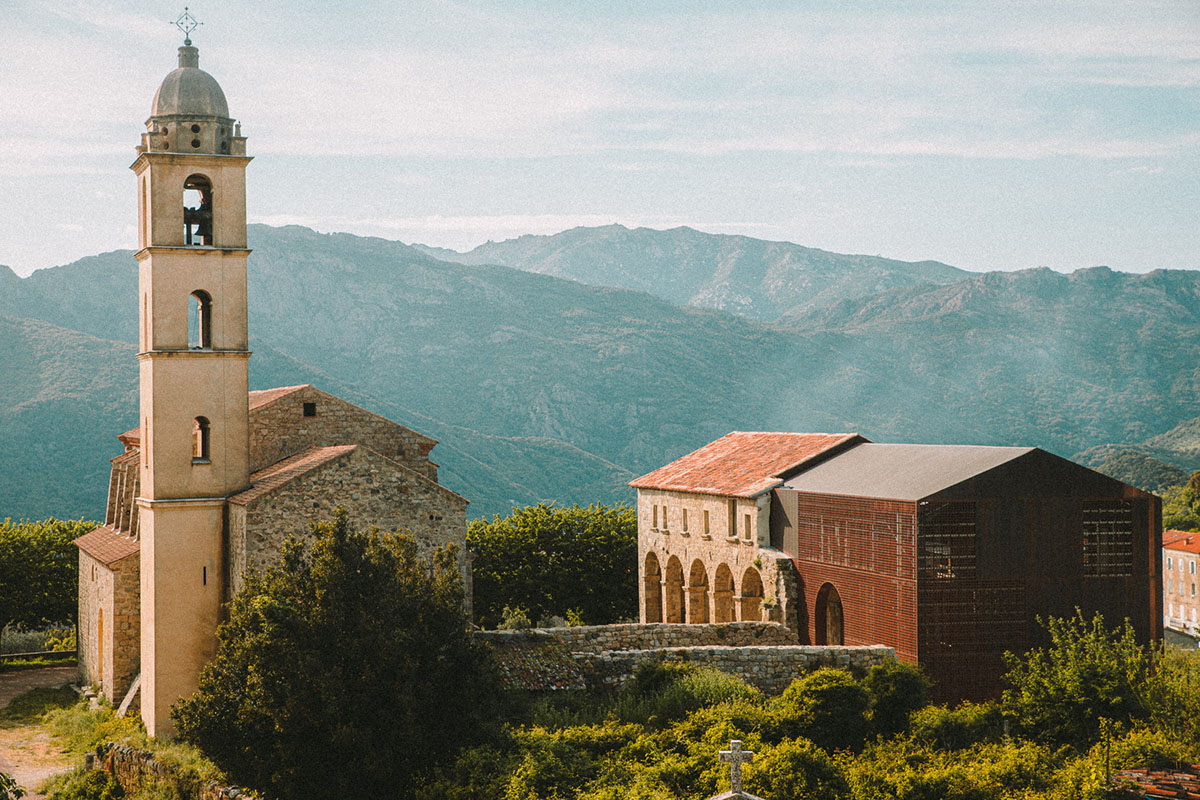 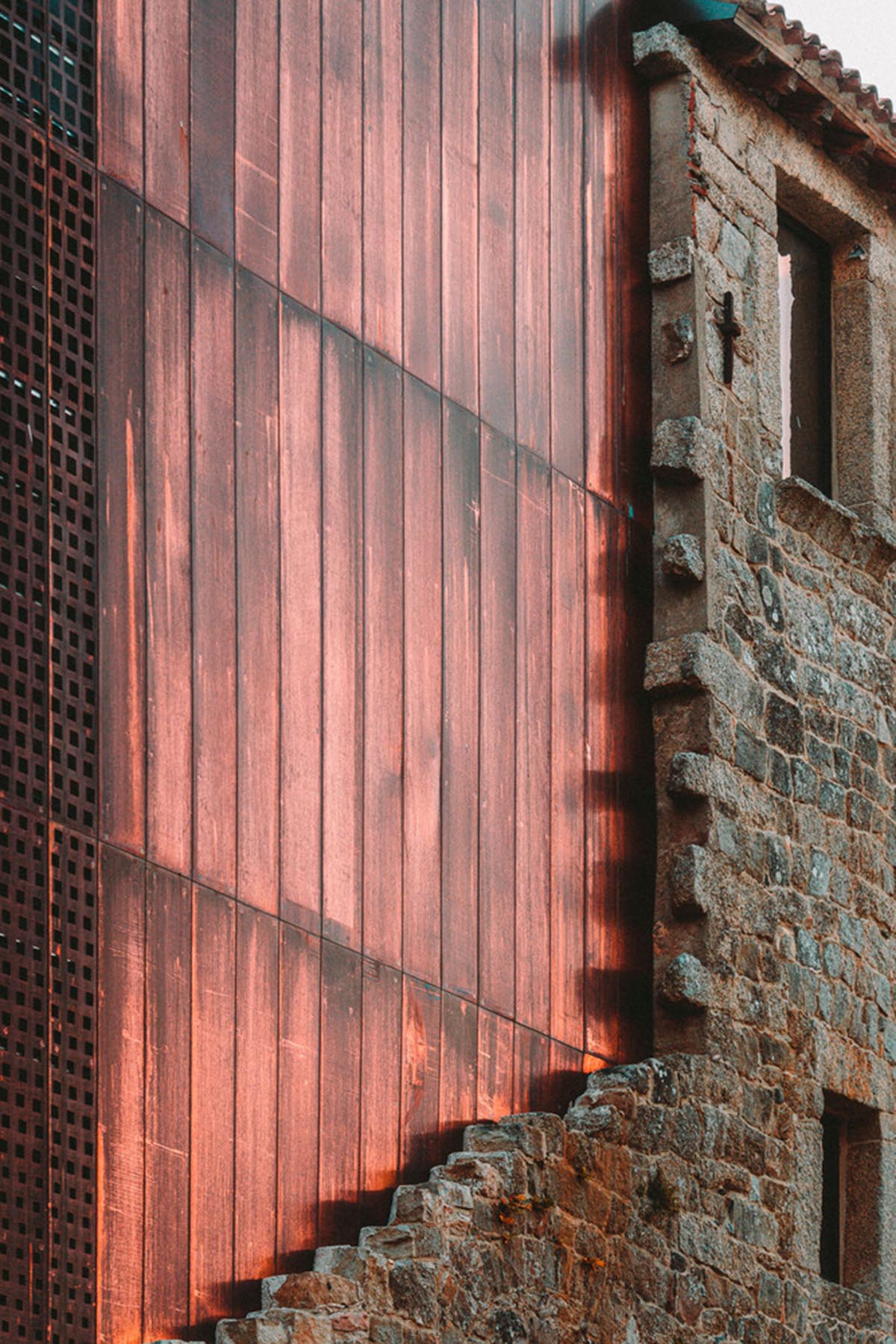 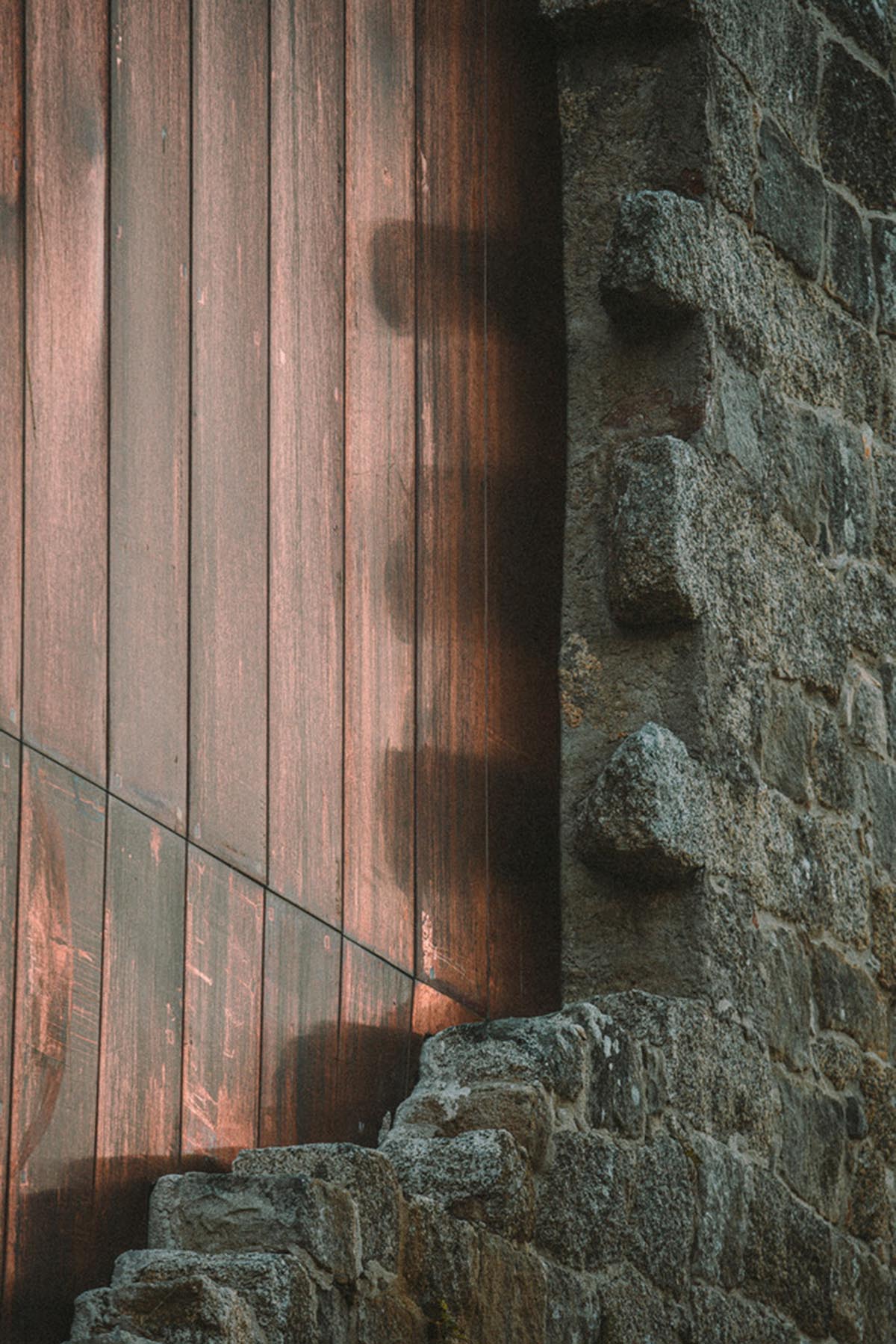 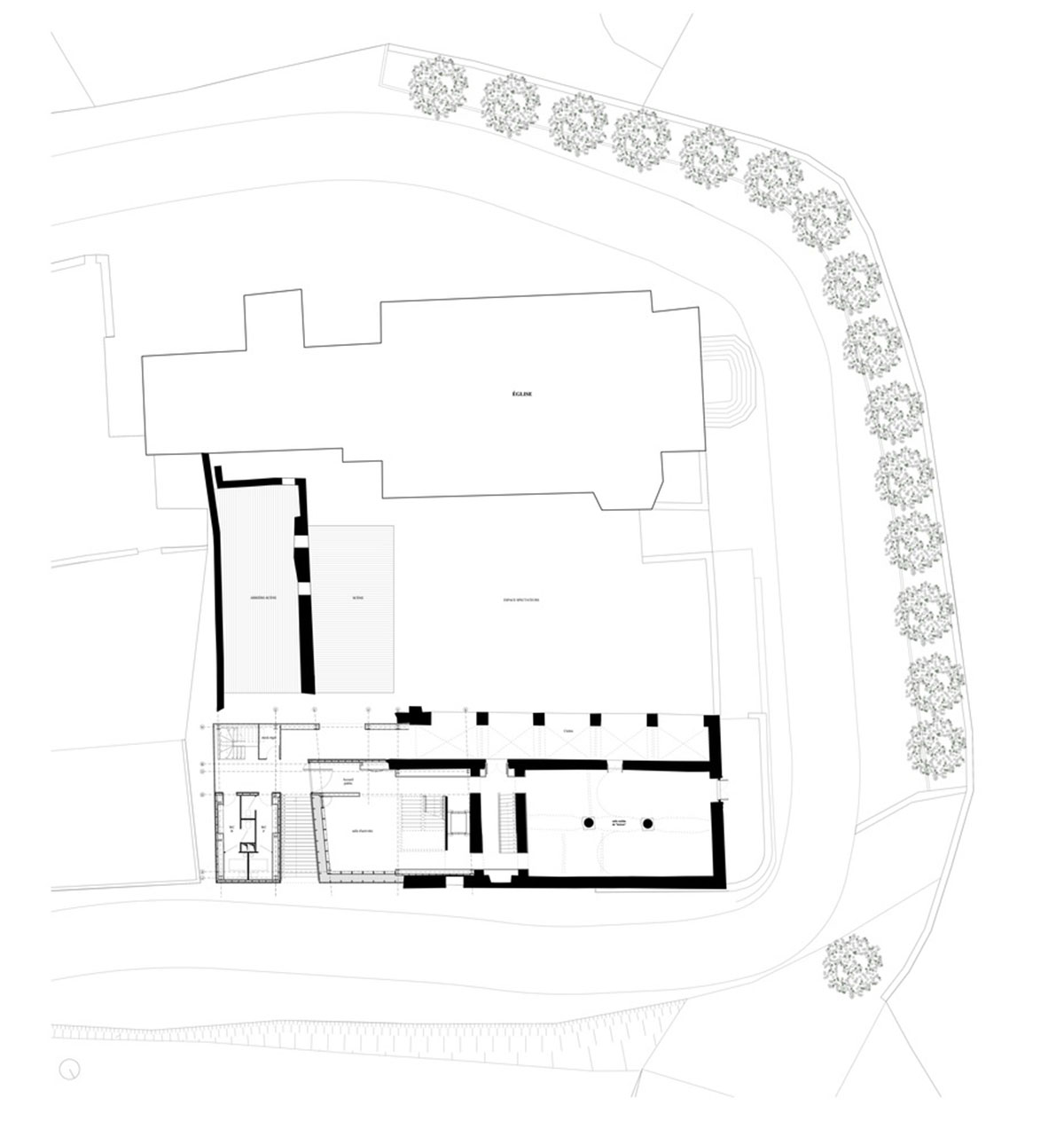 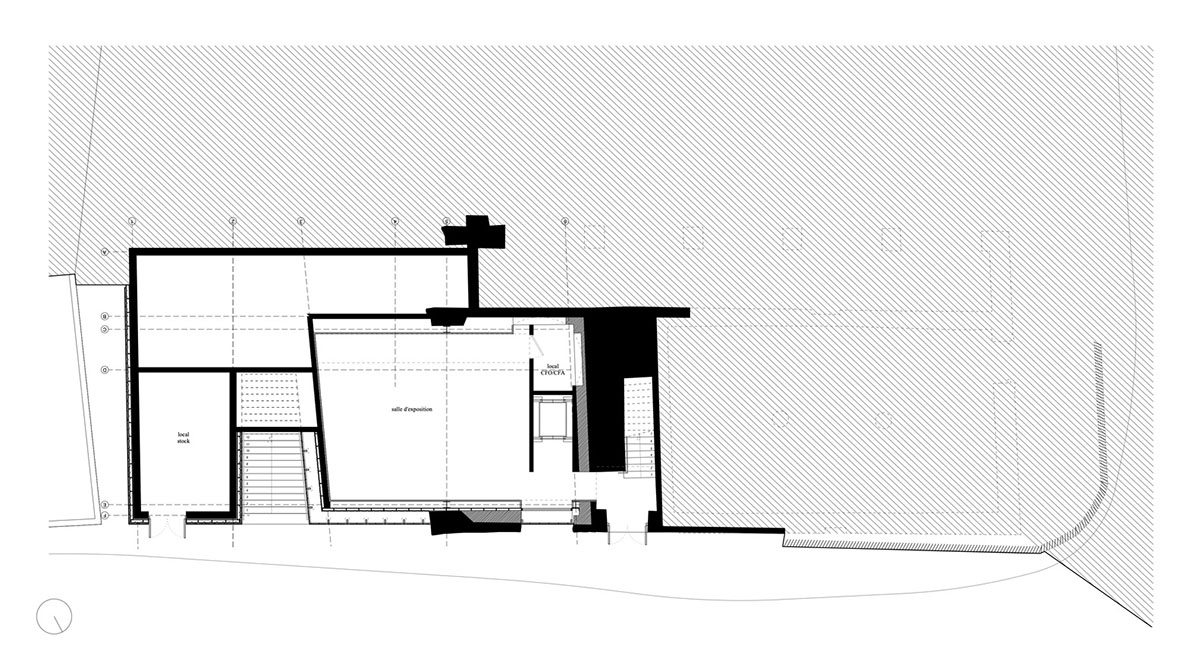 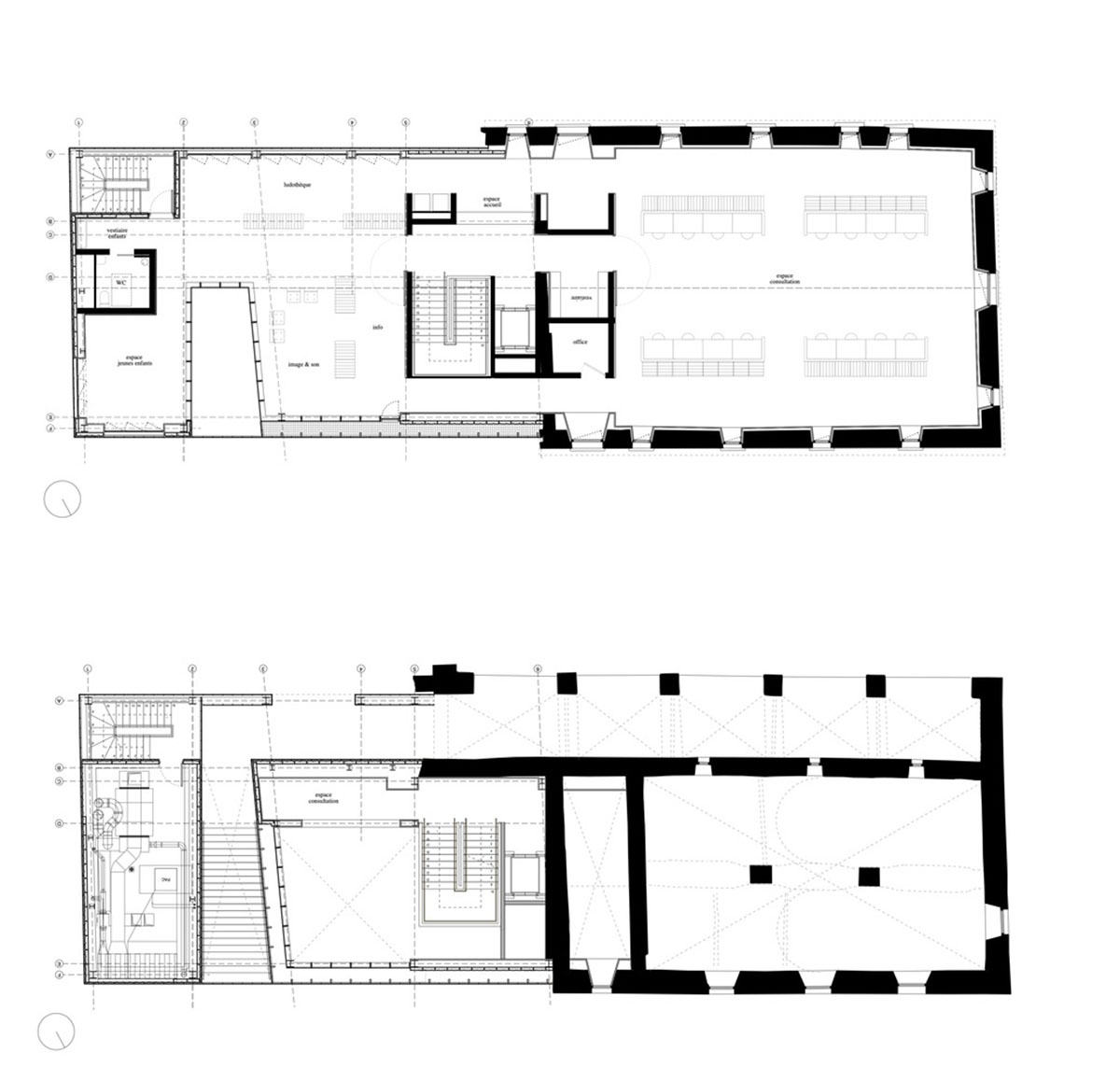 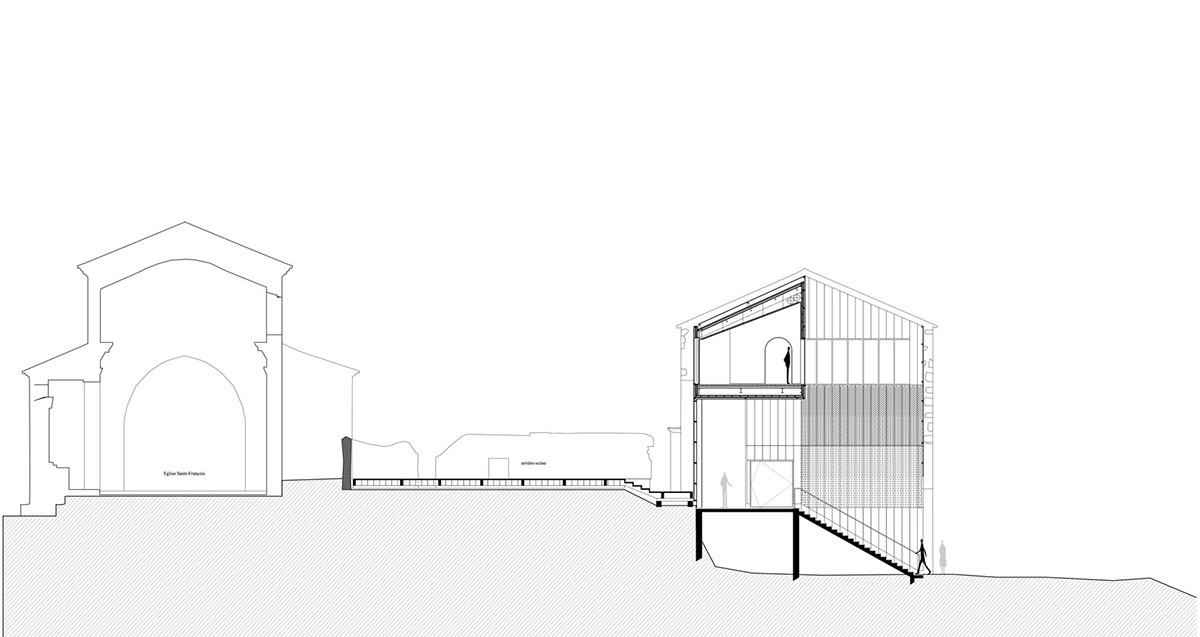 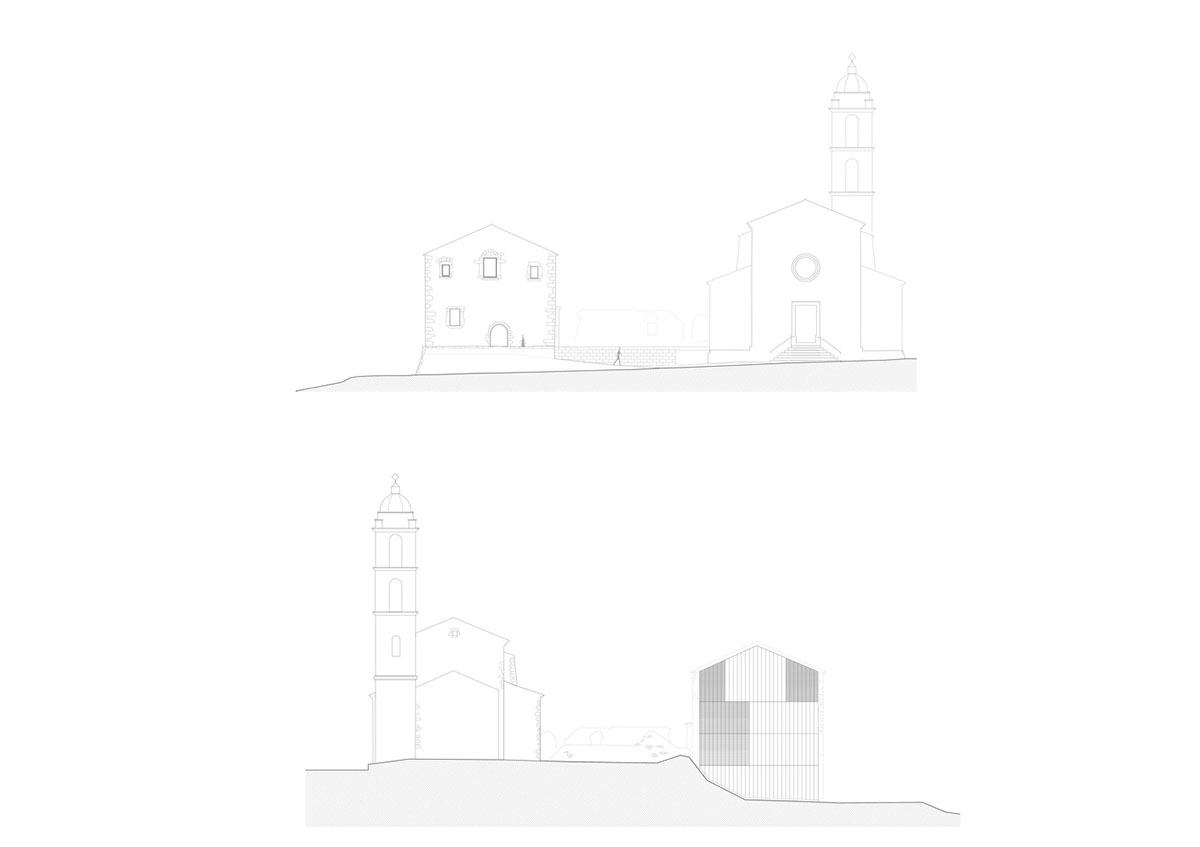 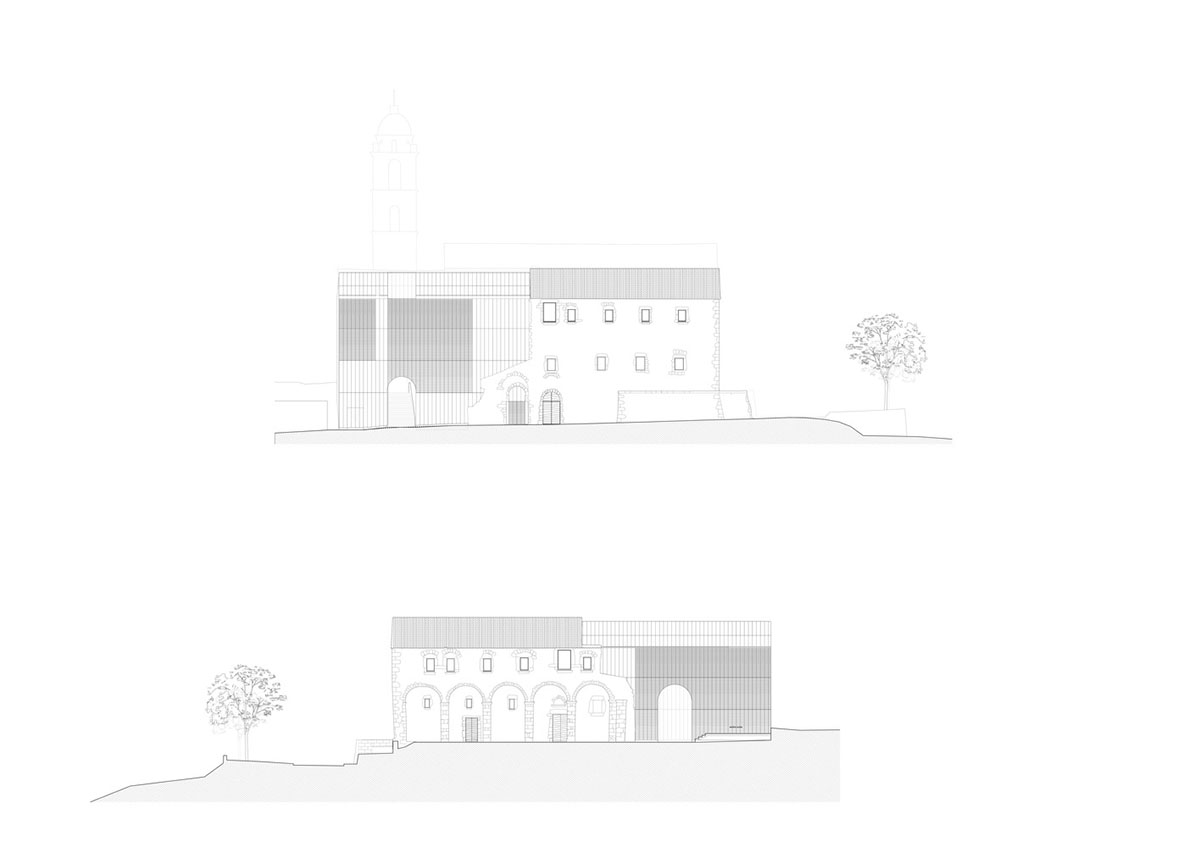 Born in Corsica and Amelia Tavella saw in the island’s beautiful landscapes a gateway to new horizons. In 2018, she was named "a rising star of French architecture" by the "Choiseul Ville de Demain" ranking amongst the top 100 young leaders shaping the city of the future” compiled by the Choiseul Institute, one of the most influential think tanks in France.