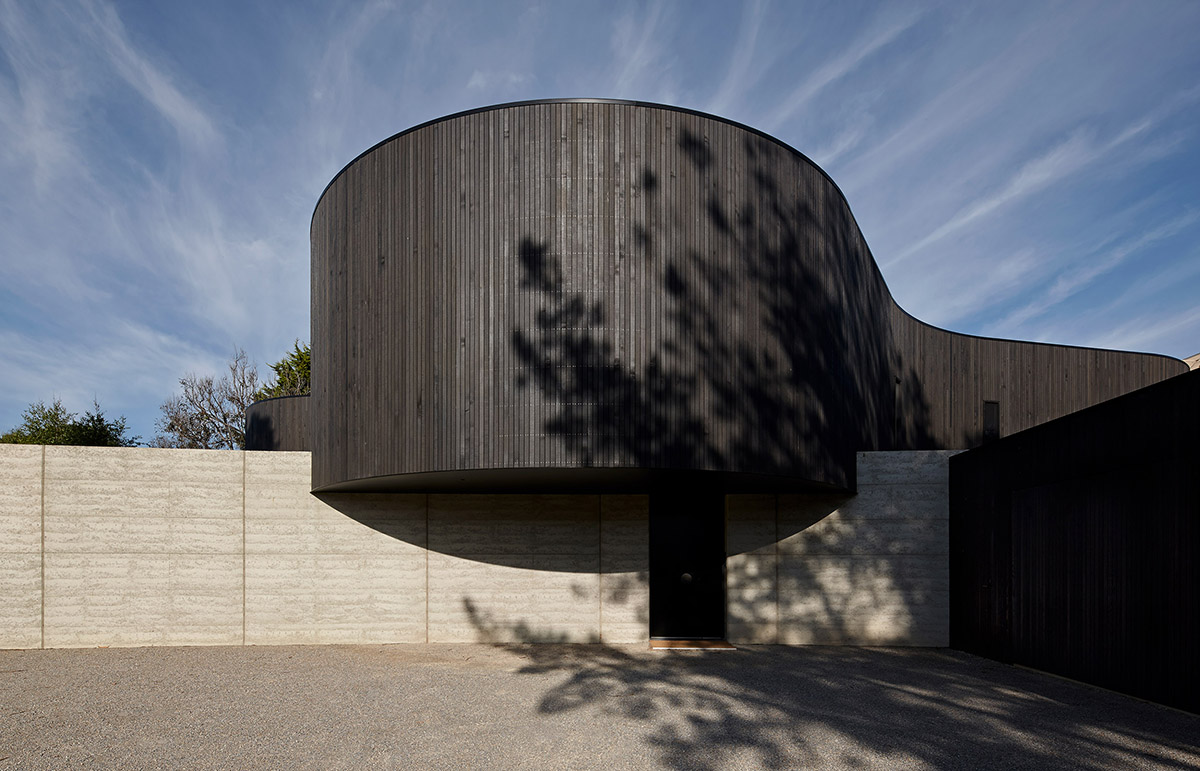 Named Portsea House, the private home was designed as a bold statement to its natural surrounding to create a sharp contrast. Situated in a leafy pocket of Portsea, the house is distinguished with its two contrasting areas, elevated by light and dark, openness and containment. 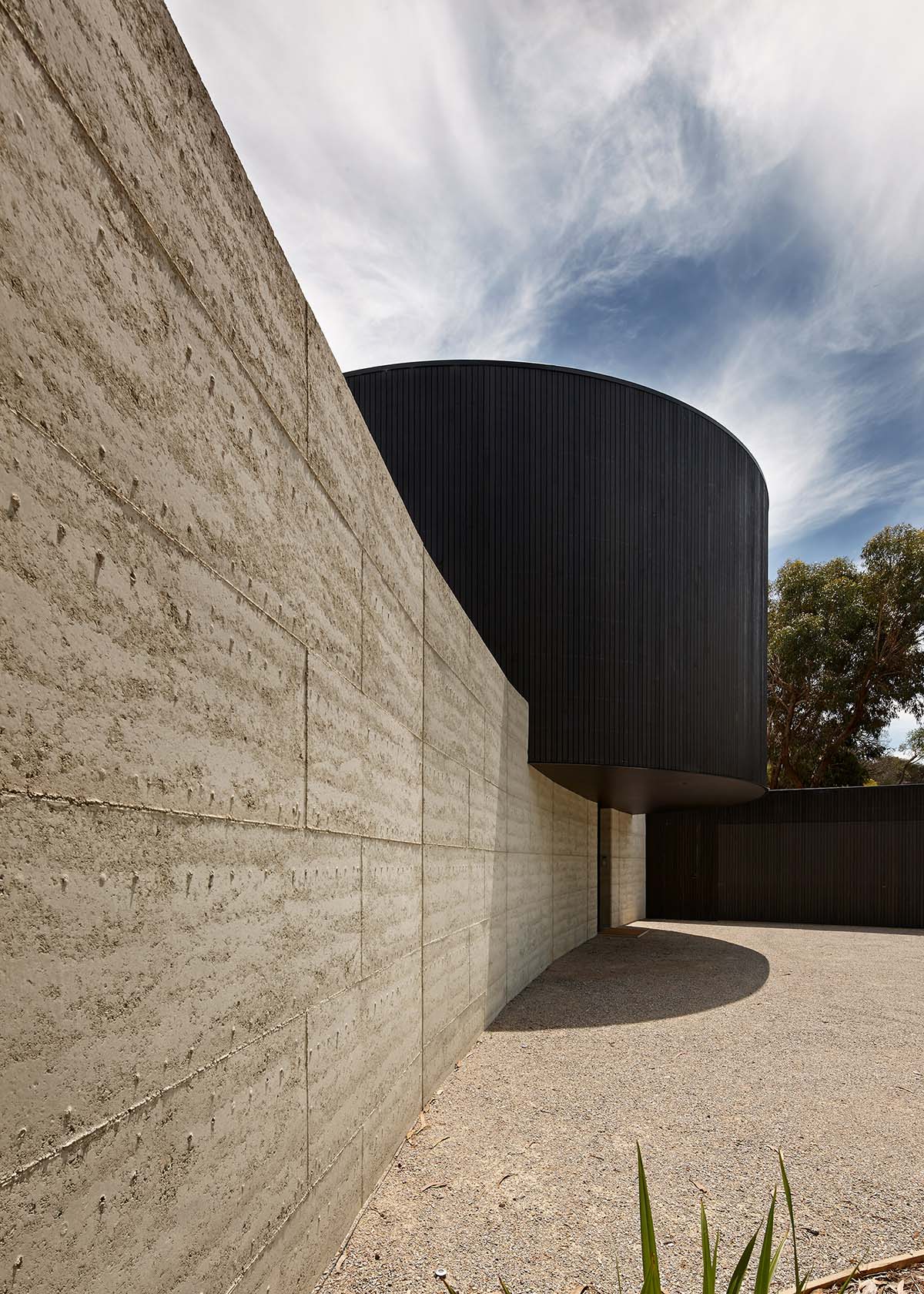 In front façade of the house, a curved, rammed-earth, blade wall acts as a castle that maintains the privacy of the house, while wrapping like a scroll across the site.

As well as its strong visual intervention, its mass acts as a thermal regulator and balances the upper level as it cantilevers out from the slope. 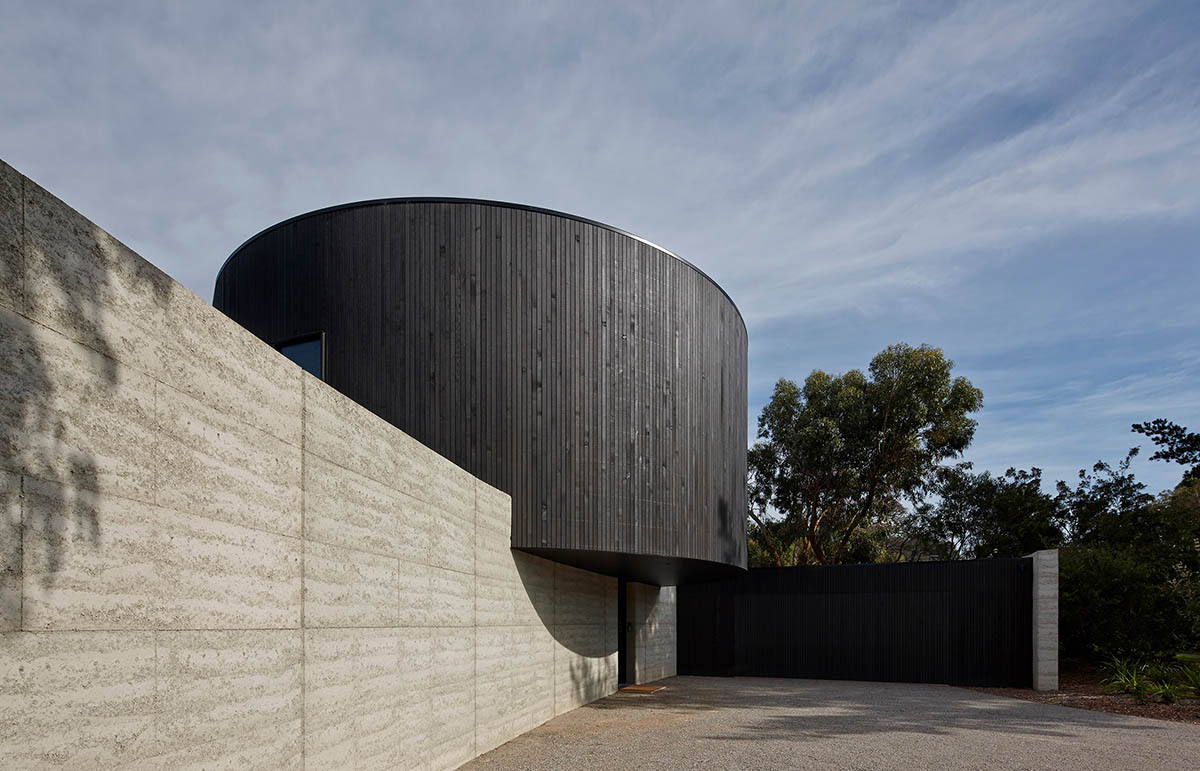 According to the studio, "formally it creates privacy from the street, a key factor of the brief and is reinforced by the structure’s discrete siting and use of dark timber weatherboard cladding."

"Indigenous landscaping further frames and filters the view of the building and this interaction between the natural environment and the built form continues as a central theme throughout," the studio added. 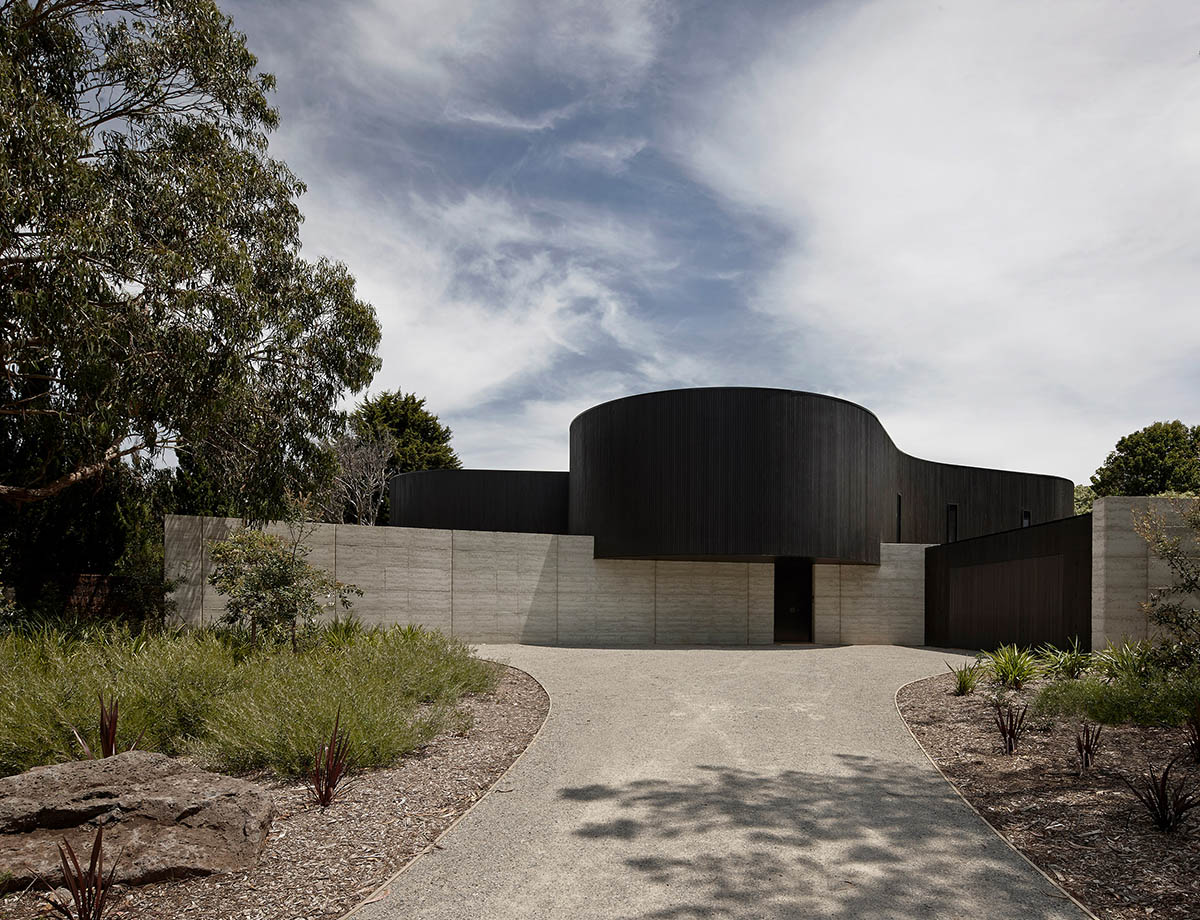 Beyond the blade wall, the architects wanted to attract the attention to human's perception that is drawn around the curved walls, thanks to this curved wall, the form is softened by the absence of edges. 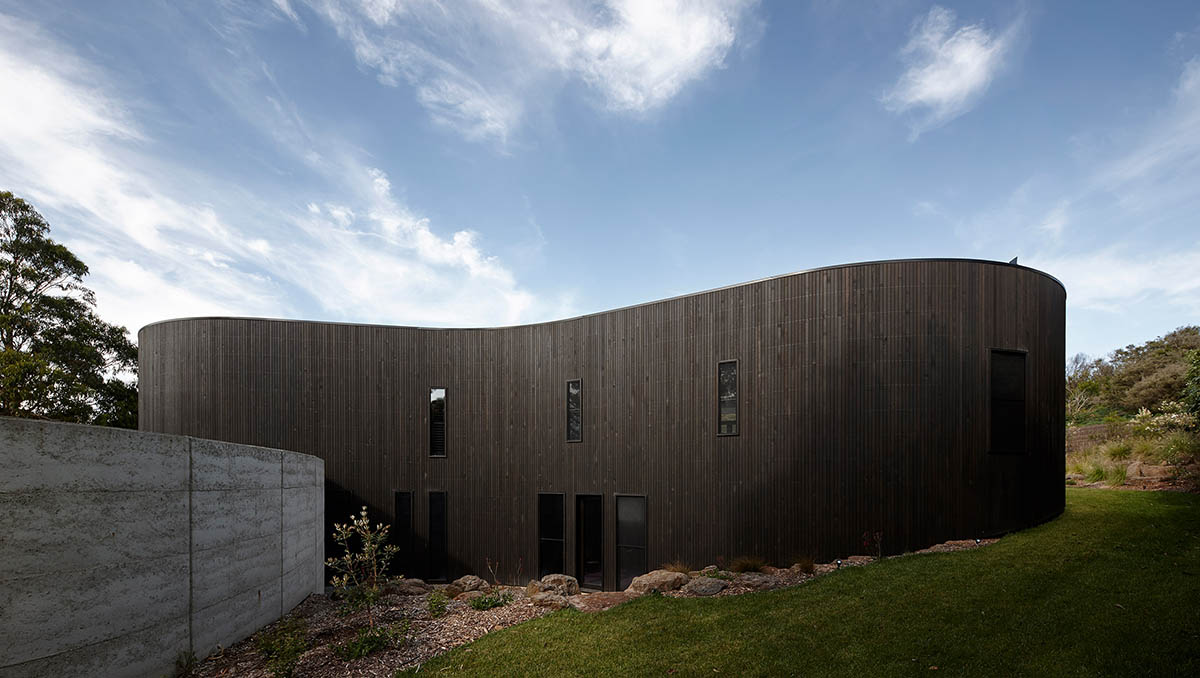 Paying also attention to the external spaces of the house, the outer skin of the house encourages interaction between built form and site while maintaining a distinction in form and accentuating the contrast between the formalist architecture and the naturalist landscape. 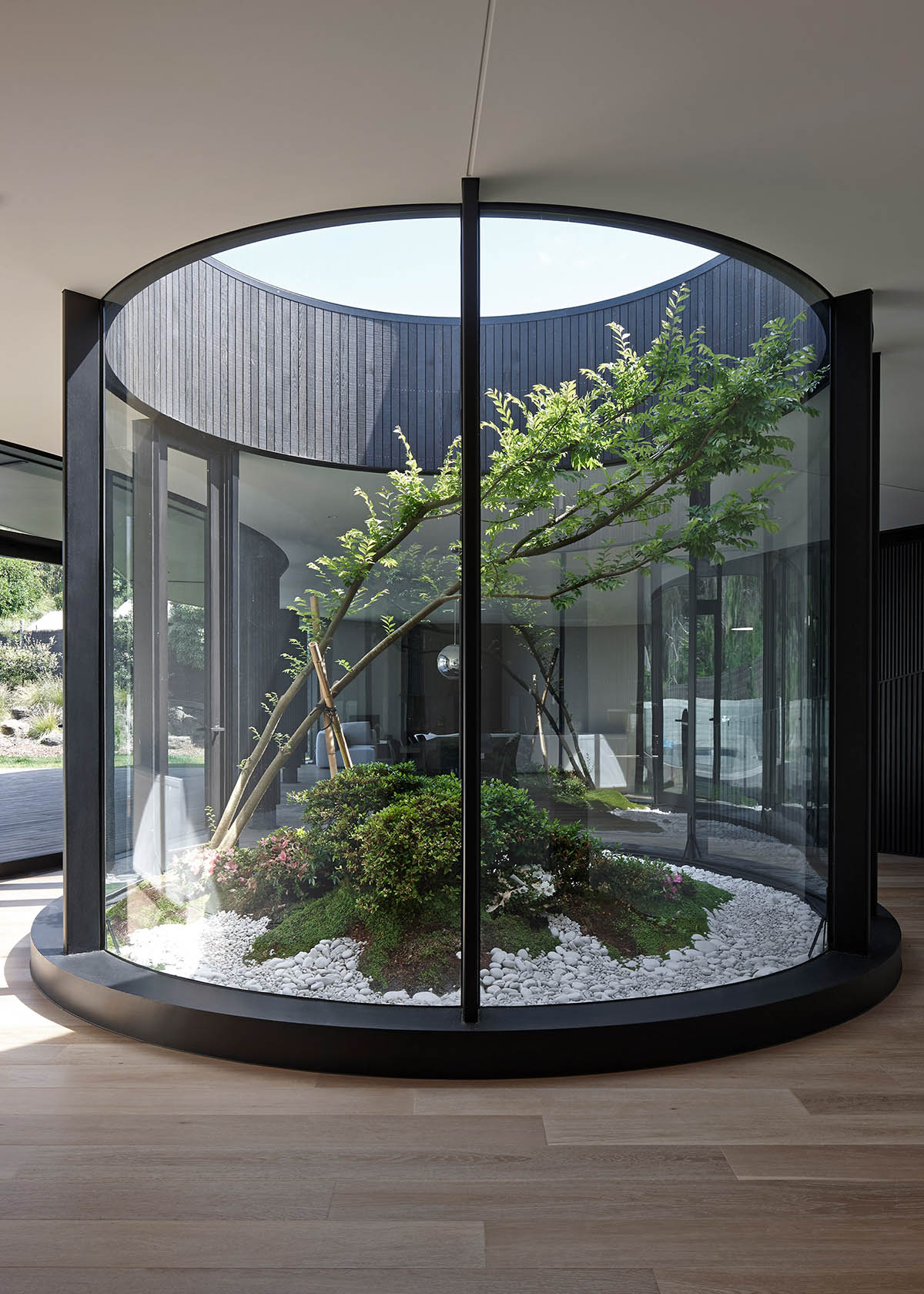 The house has two levels. Upon entering the house through the curved wall, guests encounter a grand staircase winding up to the open living space above.

At the opposite side, an entertaining space and a hidden bar are designed gently in a flexible layout. Dark colored palette still dominates the interior alongside kitchen, walls and black-clad columns. 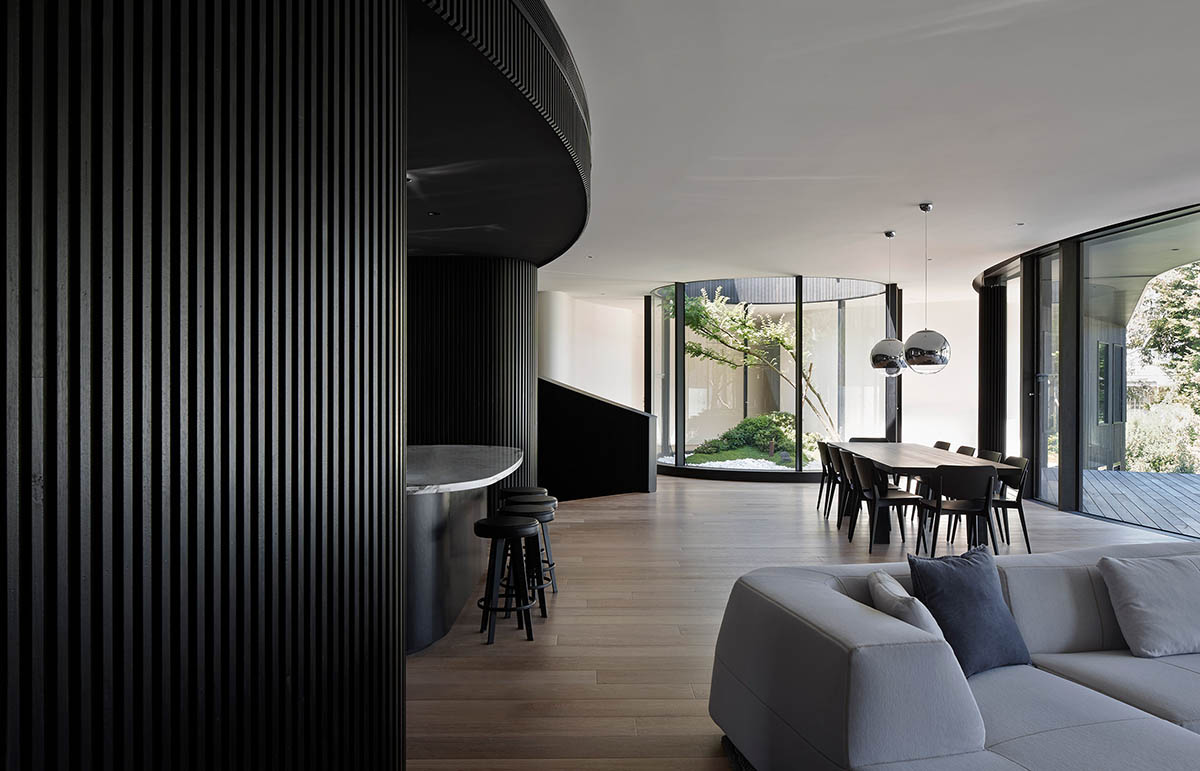 The house features a full-height glazed rear facade allowing the landscaping beyond to act as the internal wallpaper of the living area. An expansive deck flows from this space and both connects to, and floats over, the site, utilising the natural slope up to the rear corner.

At the rear deck of the house, a swimming pool is partially screened by a curved masonry dwarf wall, which responds to the form of the building and provides a degree of privacy. 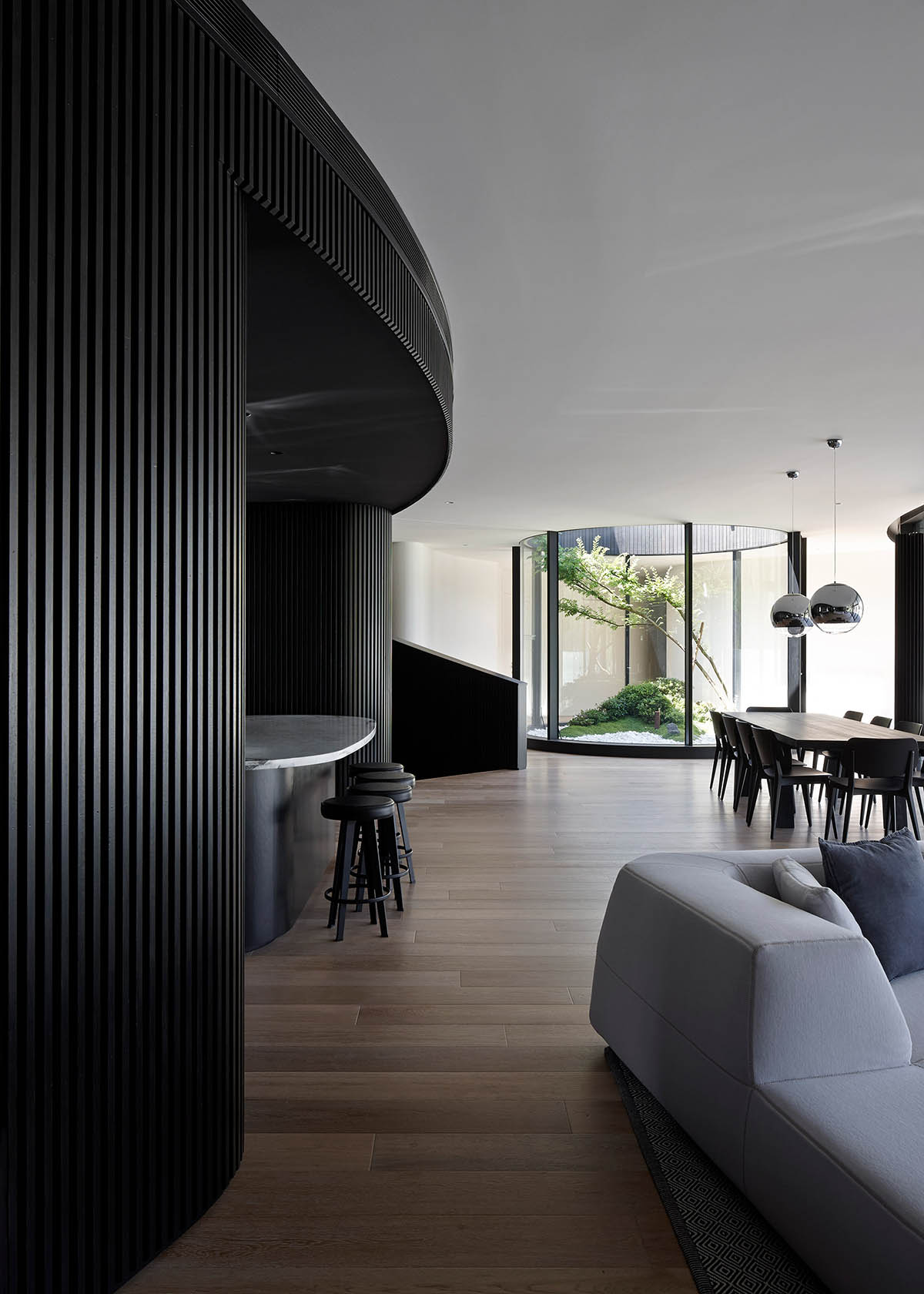 The architects used the advantage of the sloping site that largely informed the spatial organisation of residence. The house is divided into three distinct wings, across two levels, and arranged around a central open-air atrium. 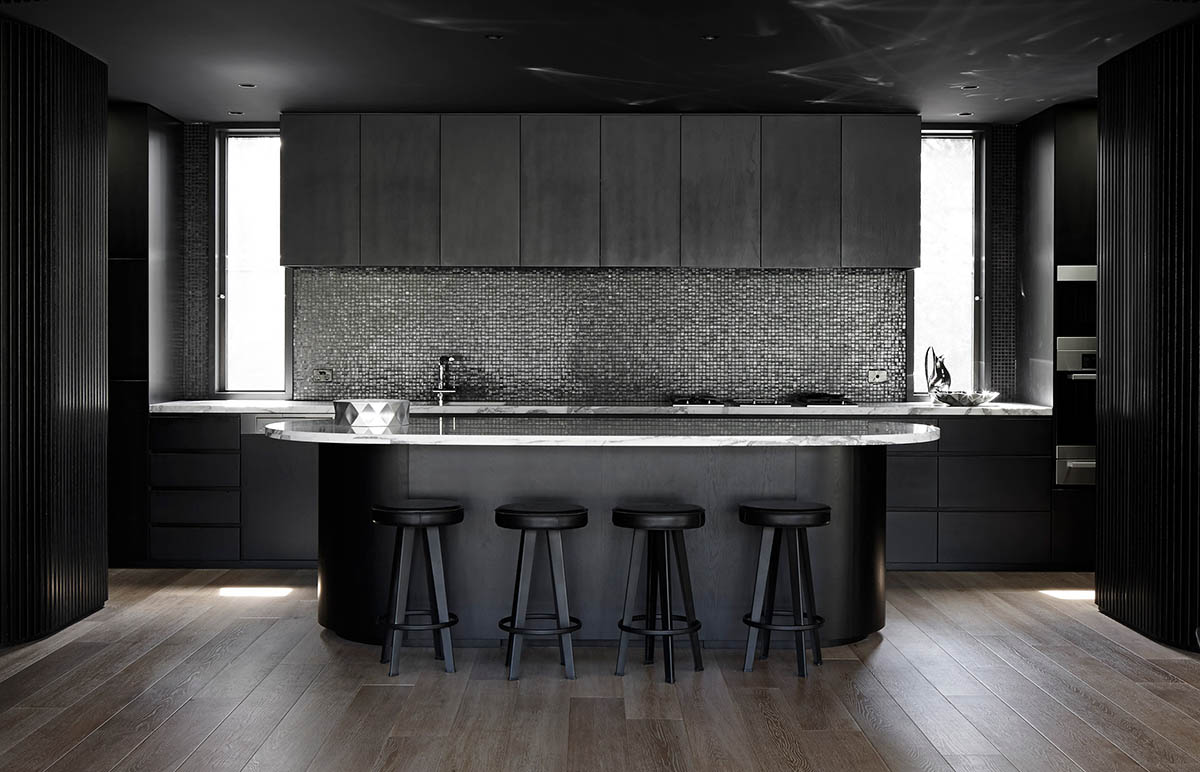 Bedroom and service spaces are placed on the two of these wings, while the third and largest wing is used for the living spaces including a secluded bar, entertaining area and kitchen.

A rumpus room is provided at the basement level, which opens onto private courtyard spaces shielded from the street view. 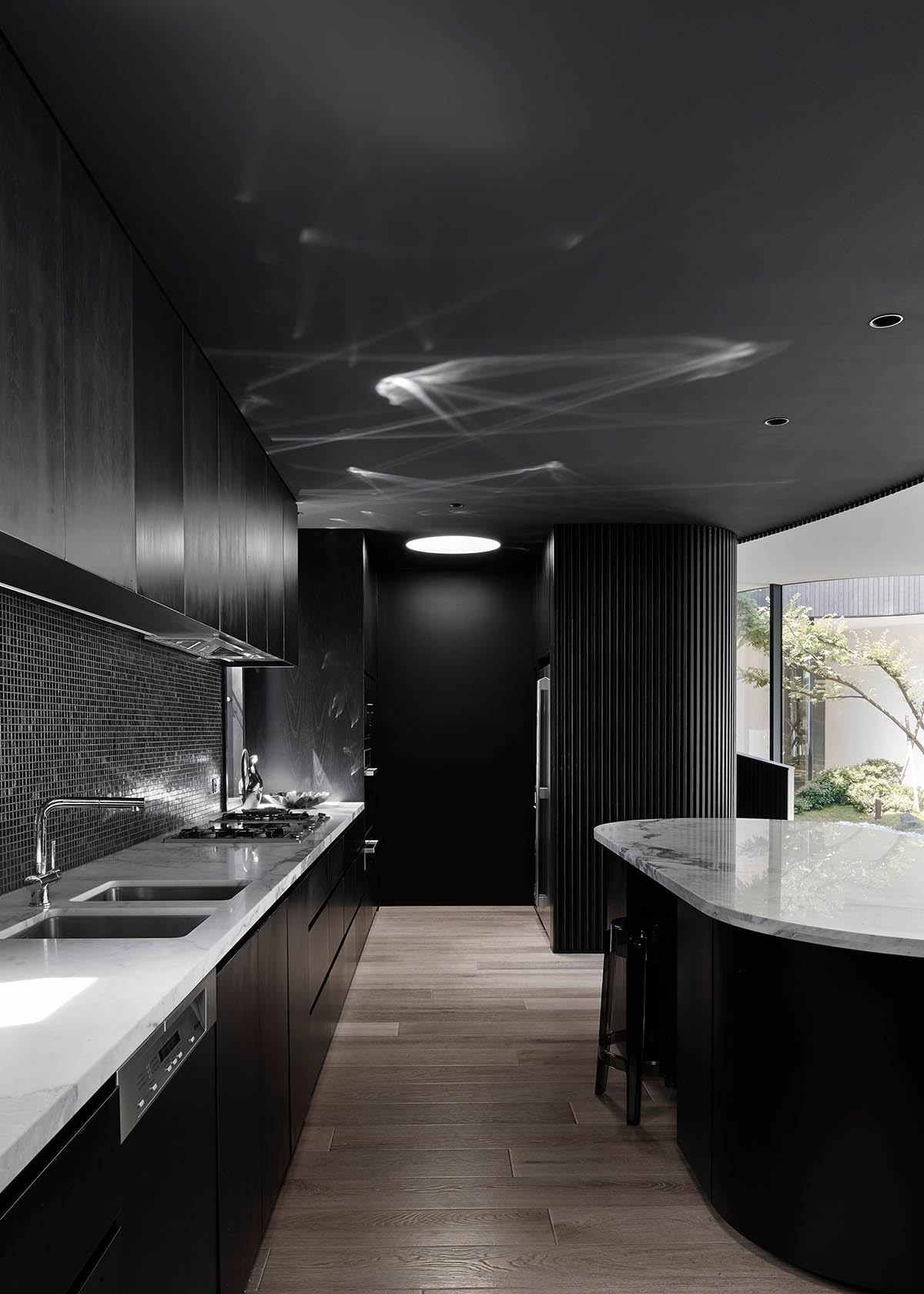 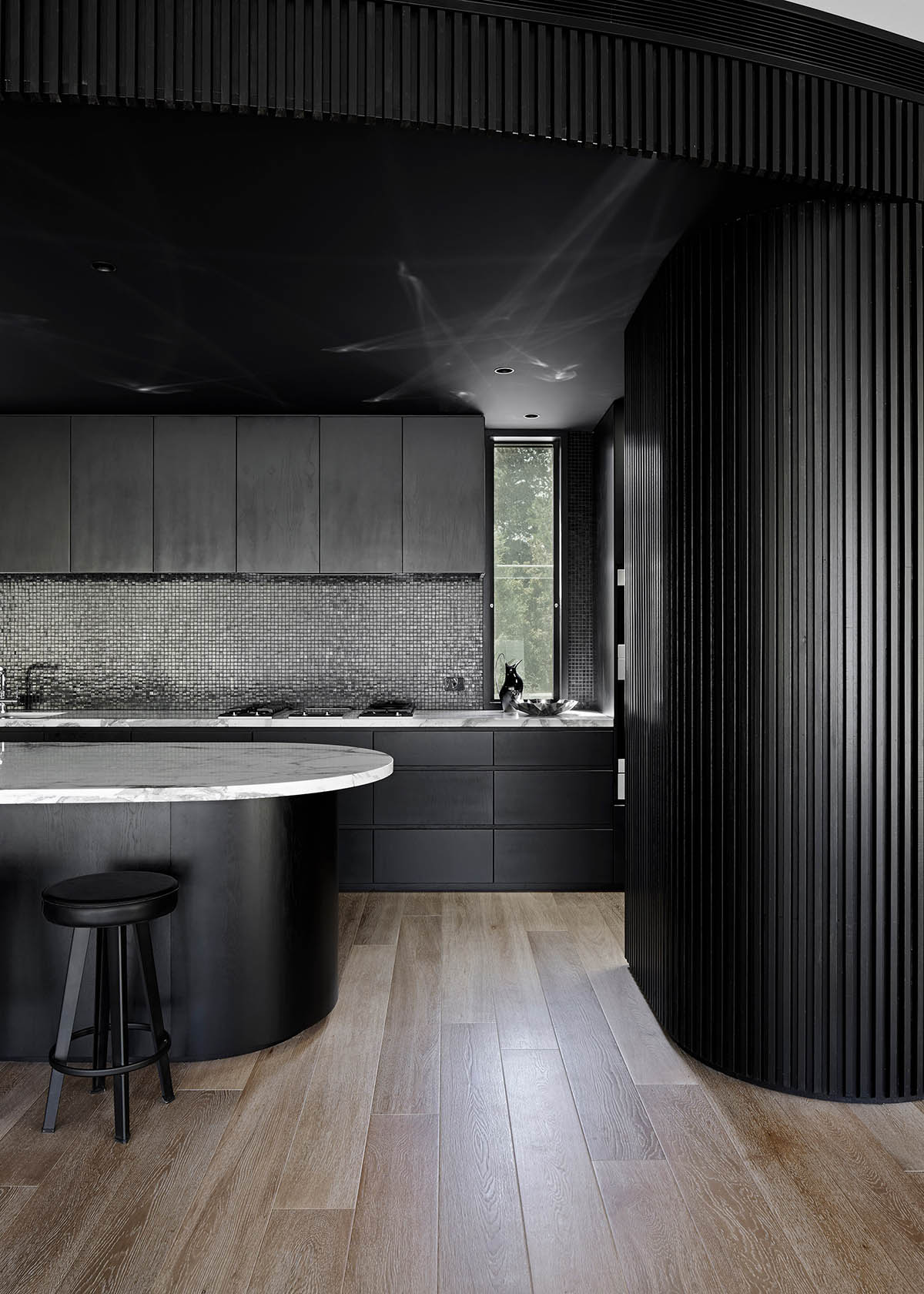 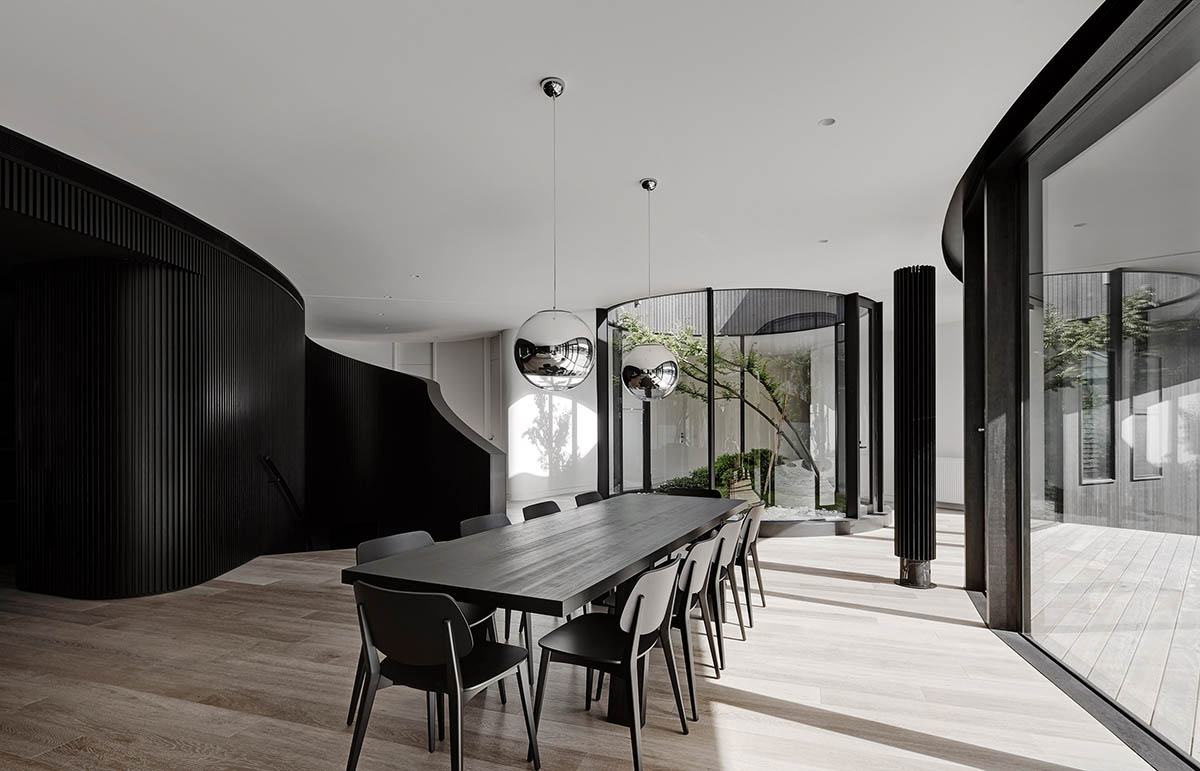 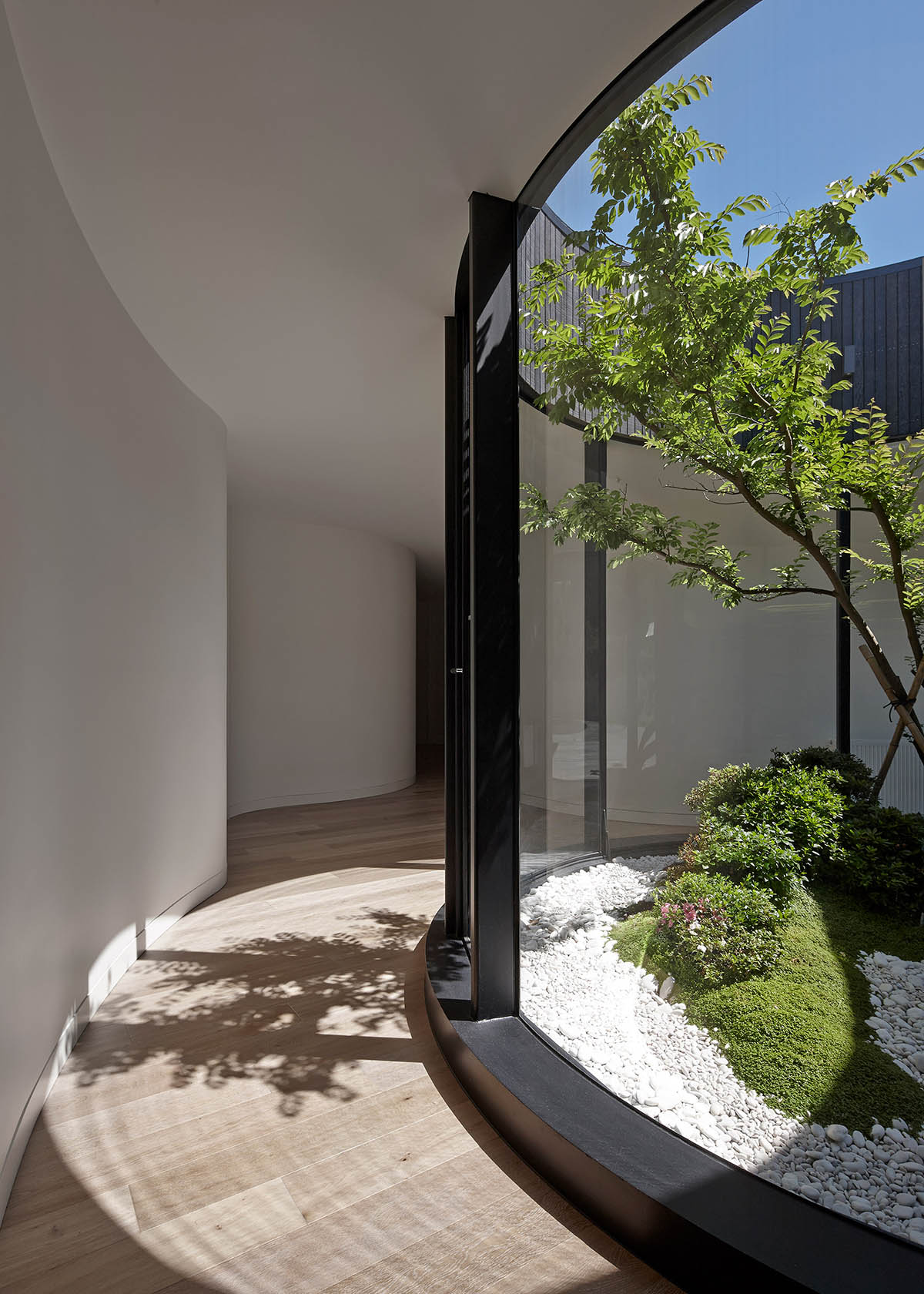 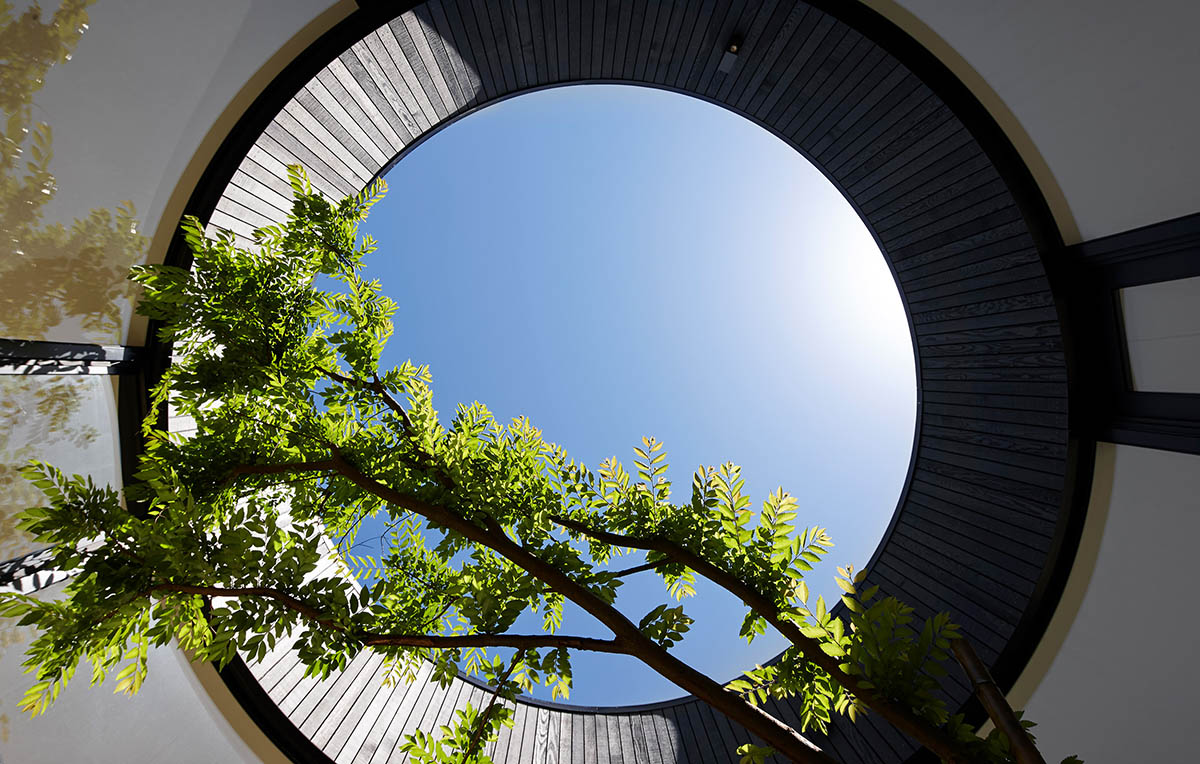 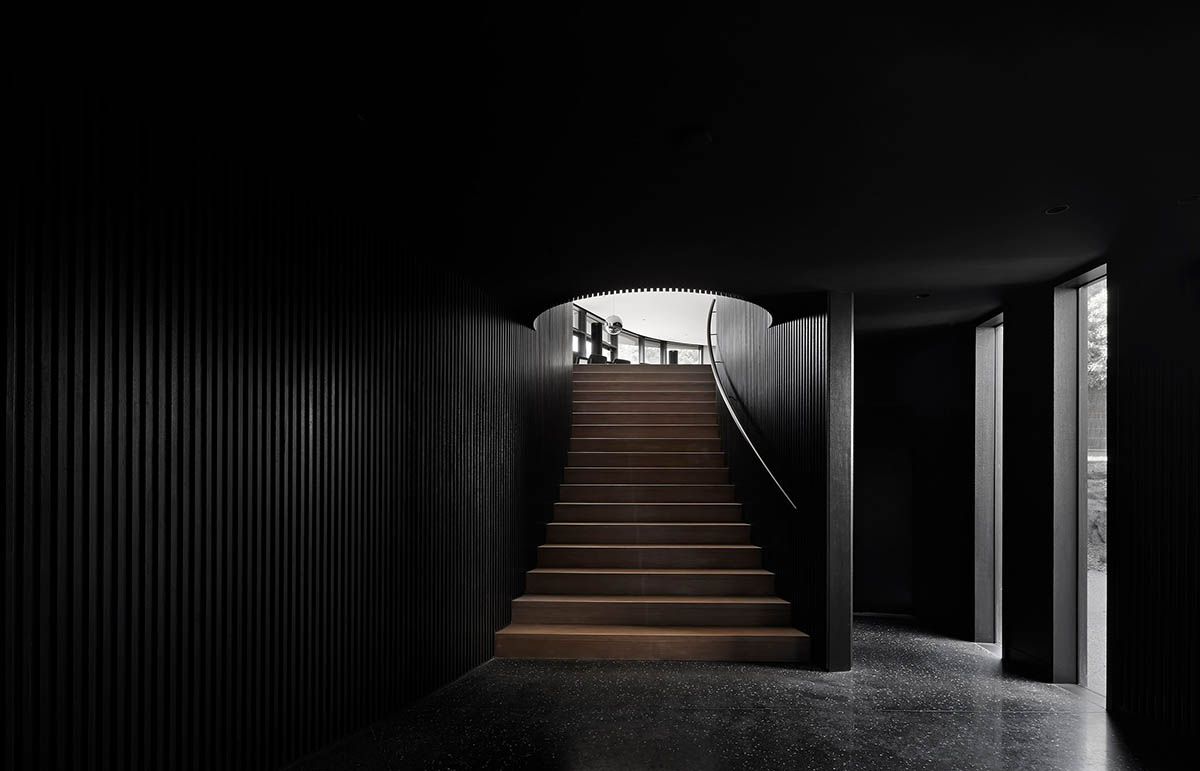 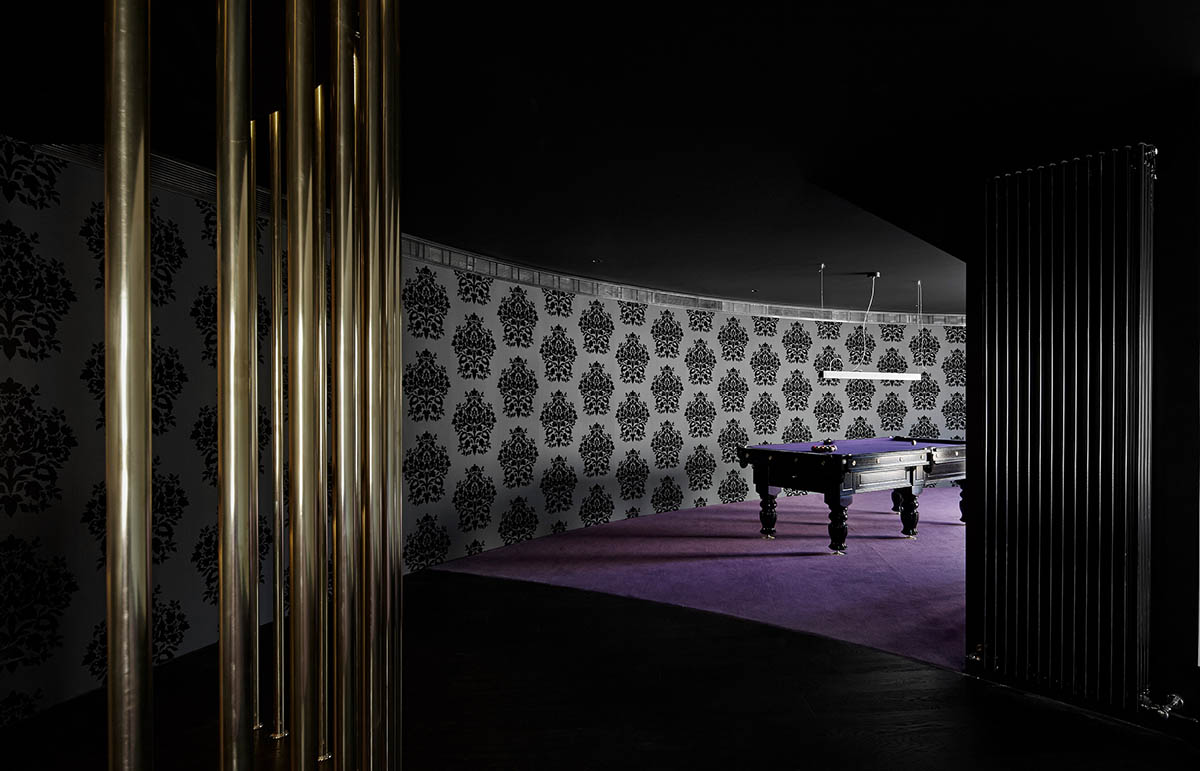 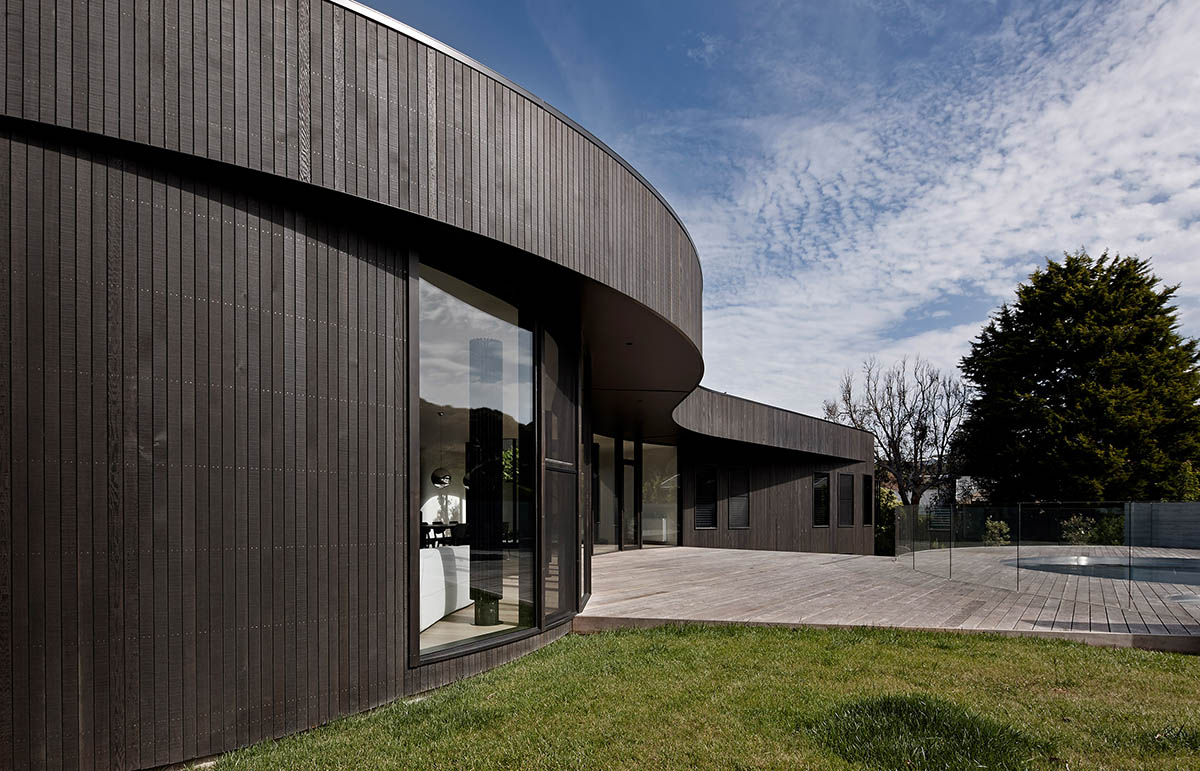 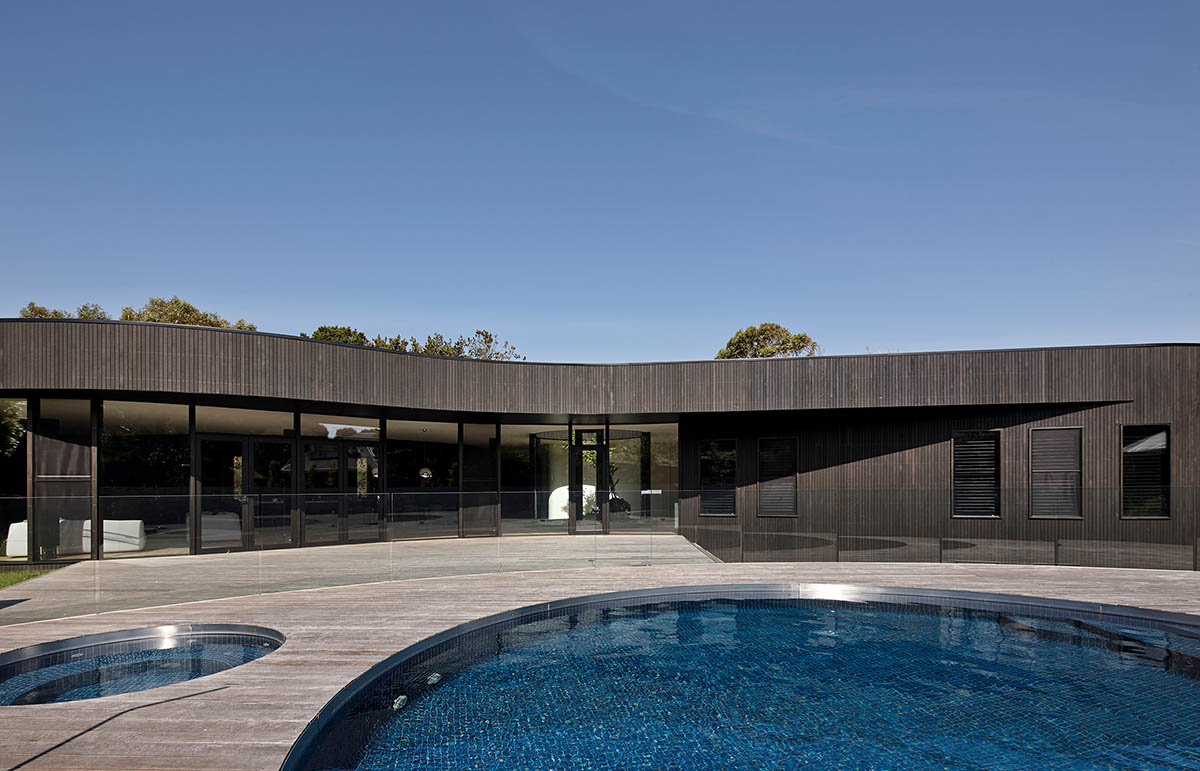 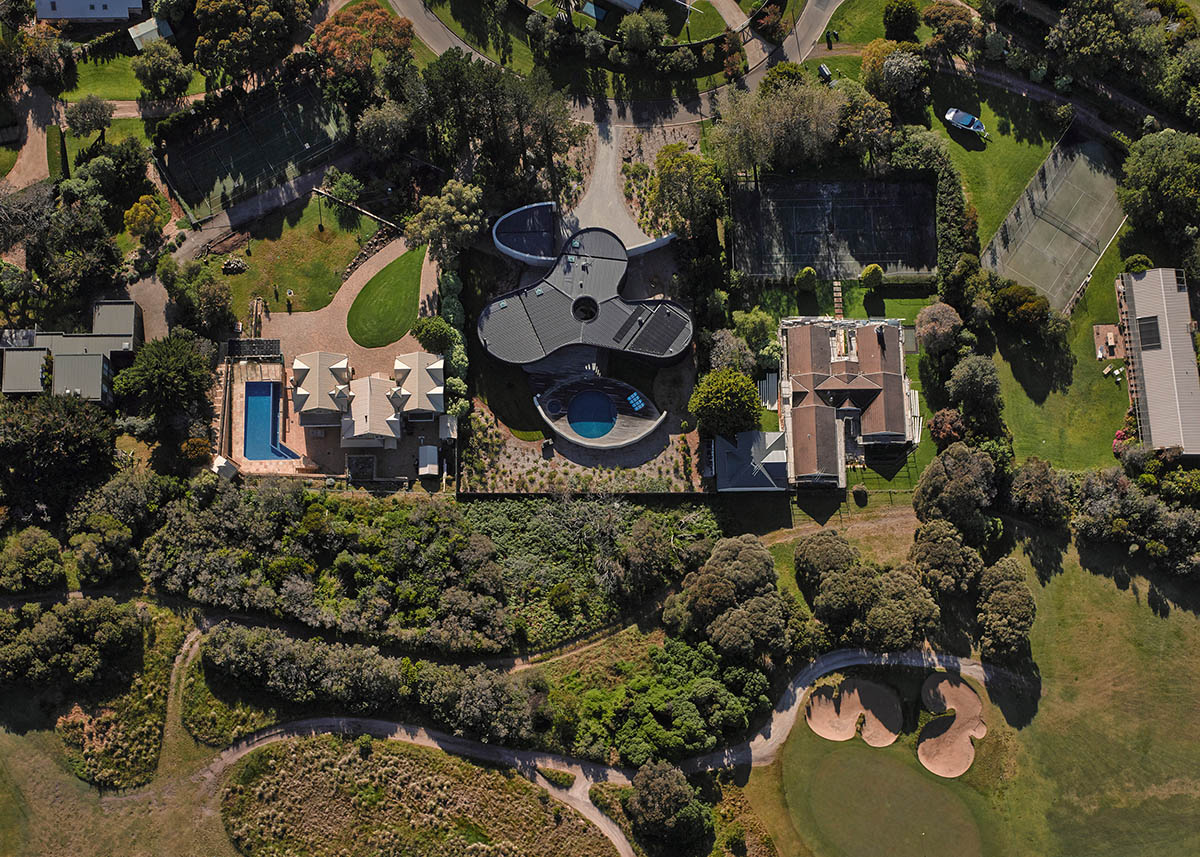 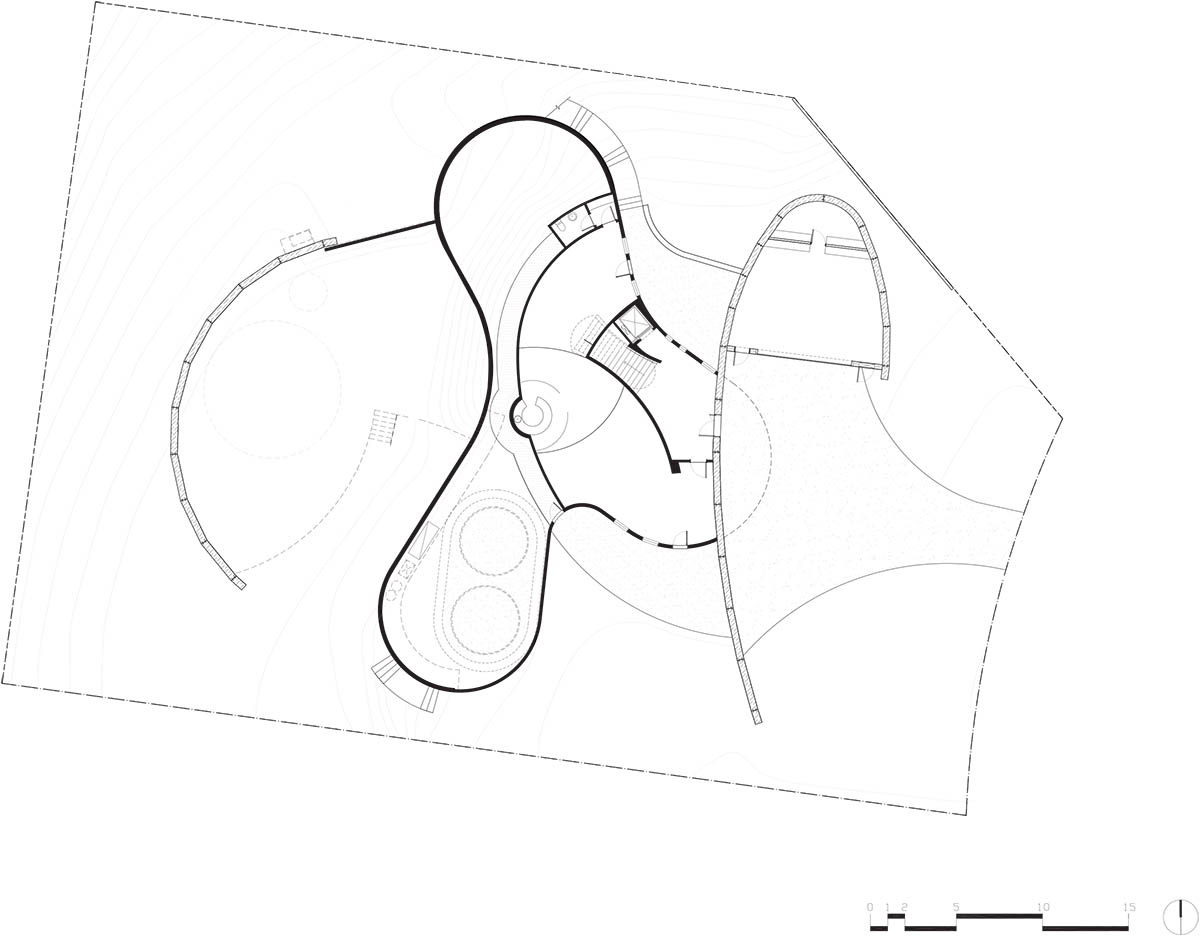 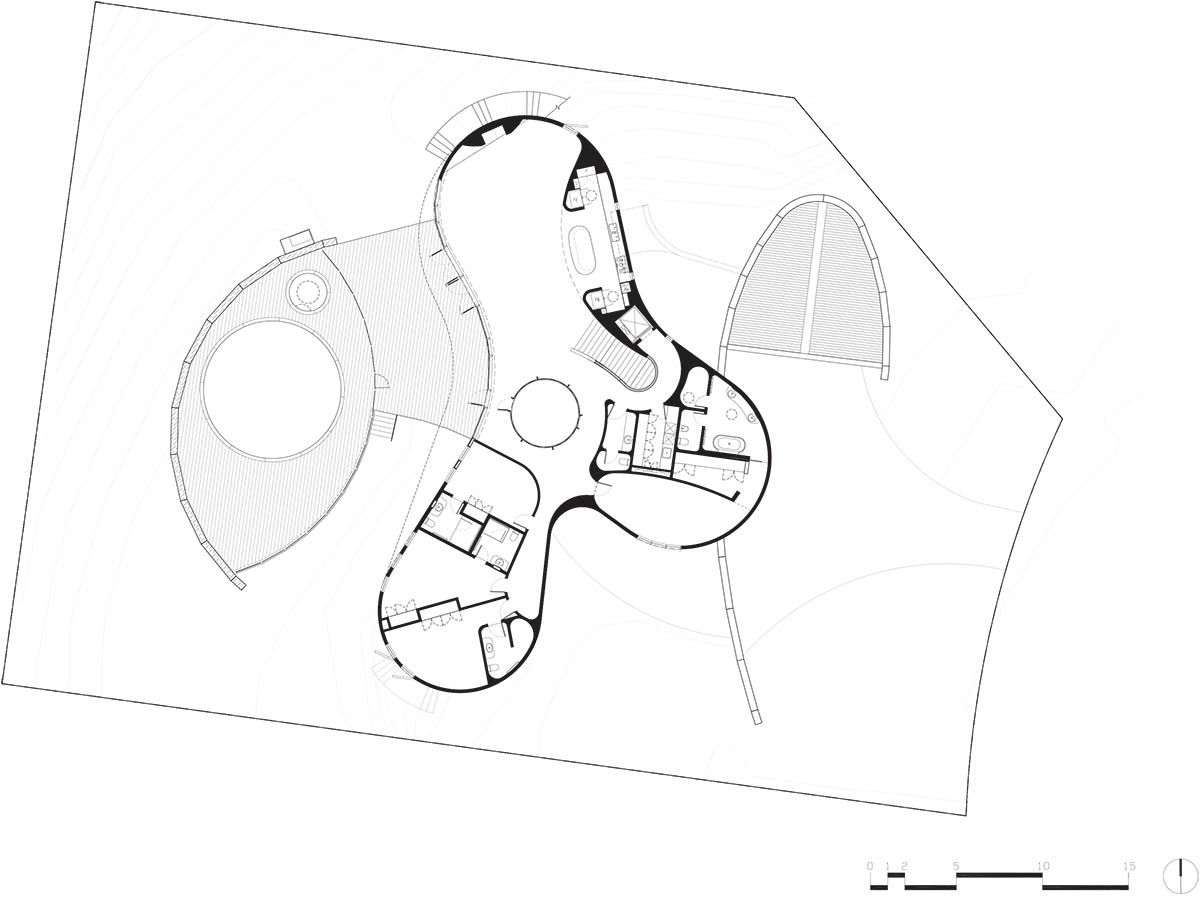