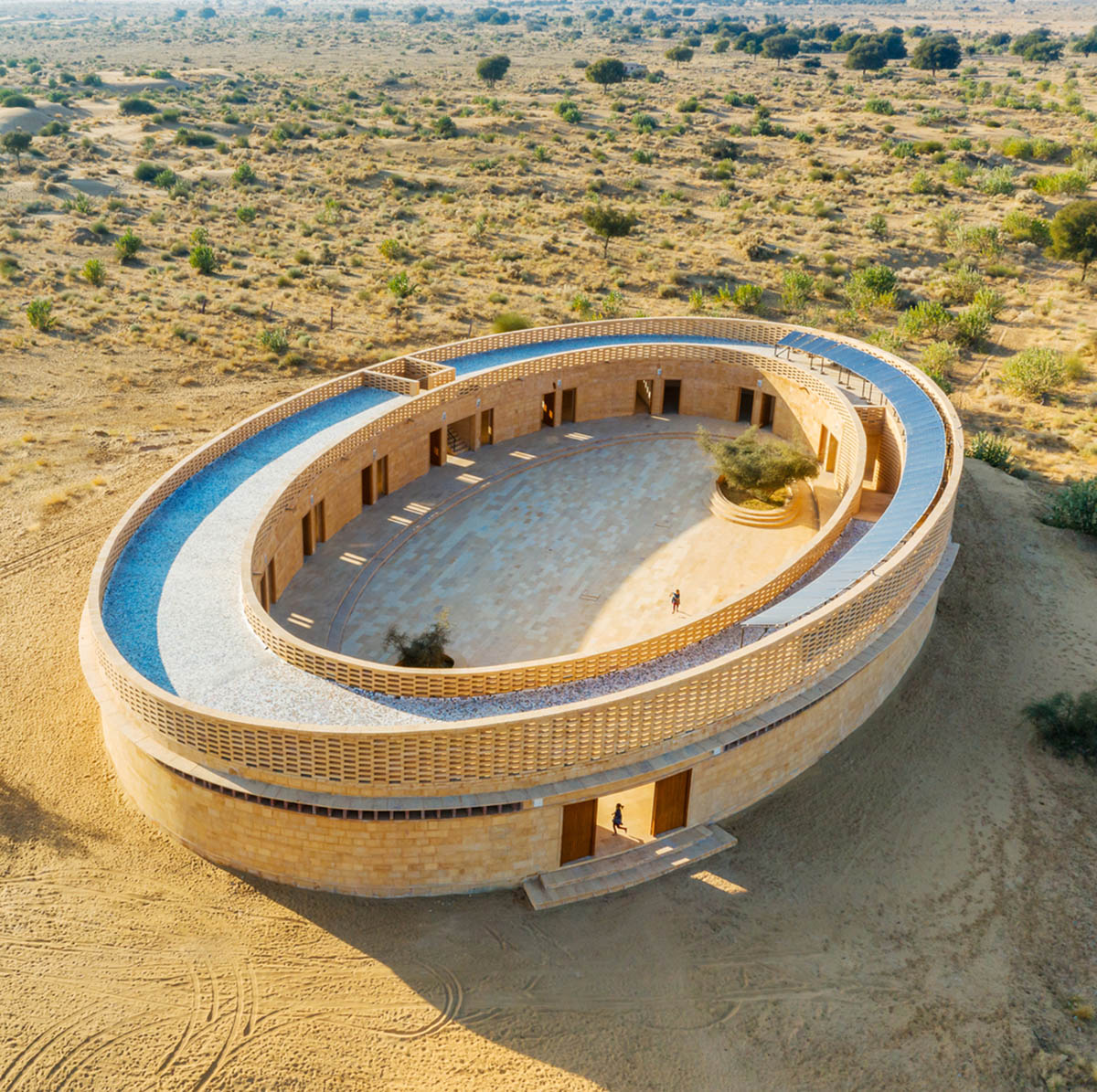 New York-based architecture firm Diana Kellogg Architects has designed an oval-shaped girl's school made entirely out of local hand-carved sandstone in Jaisalmer by a local craftsmen.

Situated in Rajasthan's deserted landscape, the third-largest Indian state, the architects take cues from "feminine symbols across cultures" and reinterpret "the planes of the sand-dunes in the region of Jaisalmer."

With its general architectural language, the project was aimed specifically to symbolize strength of women shaped in an oval geometry. The project, named The Rajkumari Ratnavati Girl’s School, was designed as part of three-phased complex, called the GYAAN center, commissioned by the CITTA Foundation - a non-profit organization that supports development in some of the most economically challenged, geographically remote or marginalized communities in the world.

Other projects as part of the complex will include The Medha Hall - a performance and art exhibition space with a library and museum, and The Women’s Cooperative where local artisans will teach mothers and other women weaving and embroidery techniques from the region. The Rajkumari Ratnavati Girl’s School represents the power of femininity and infinity in this specific form. The school serves more than 400 girls, from kindergarten to class 10, from below the poverty line residing in the mystic Thar Desert region of Jaisalmer in Rajasthan, India where female literacy reaches 32 per cent. The GYAAN Center is aimed to empower and educate women, which will help women establish their economic independence for themselves, their families, and their communities. "It was vital to include the community in a building made for the community. Using local material to create infrastructure helped reduce carbon emissions, and we chose to build a solar panel canopy on the roof as a cooling system where temperatures peak close to 120 degrees," said Diana Kellogg Architects.

"Both the canopy and jalis keep the heat out and the elliptical shape of the structure also helps bring aspects of sustainability creating a cooling panel of airflow." Made entirely out of local hand-carved Jaisalmer sandstone, the construction of the school was realized by local craftsmen by using local techniques. The program of the school contains classrooms, a computer center and an oval-shaped terrace that is wrapped by parapet wall that reinterprets traditional screens.

The terrace also includes a rounded structure of solar panels to cool the building against high-degree temperatures. 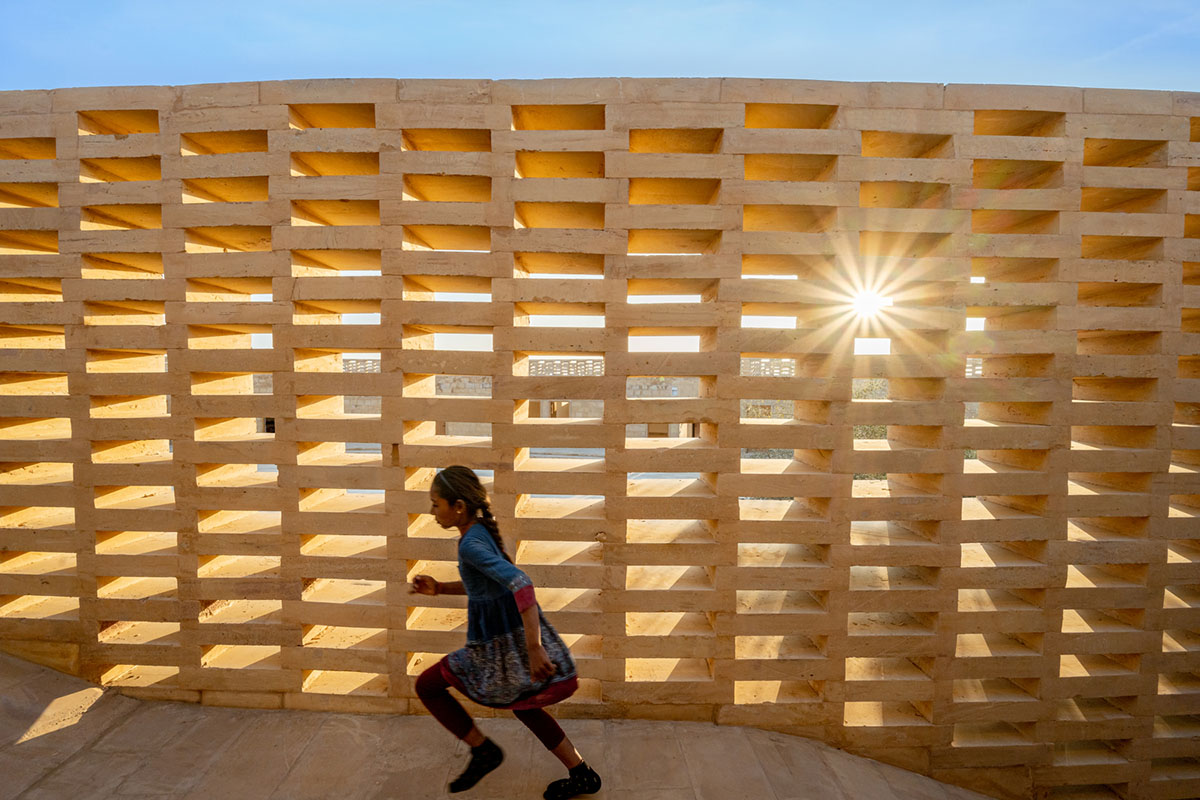 The GYAAN Center will equip young women with the tools to further their education and independence as well as raise awareness surrounding the issues faced by women in India on a global scale. 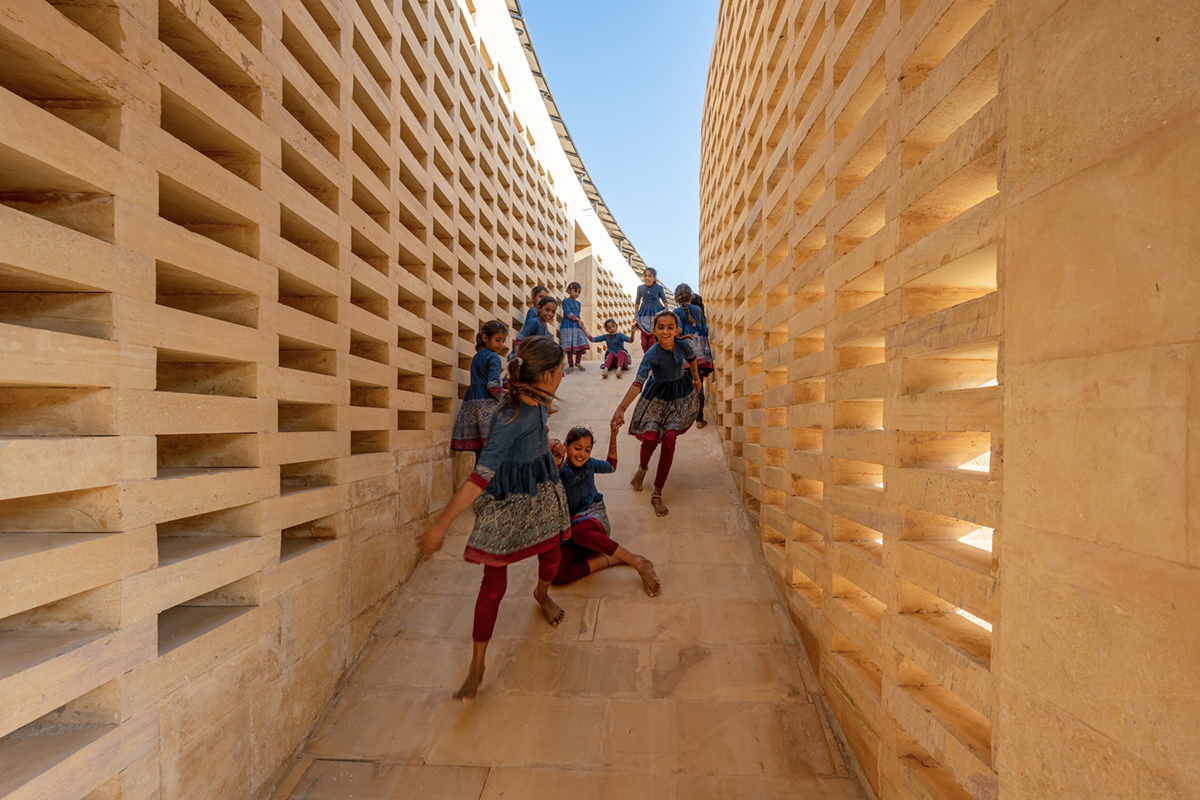 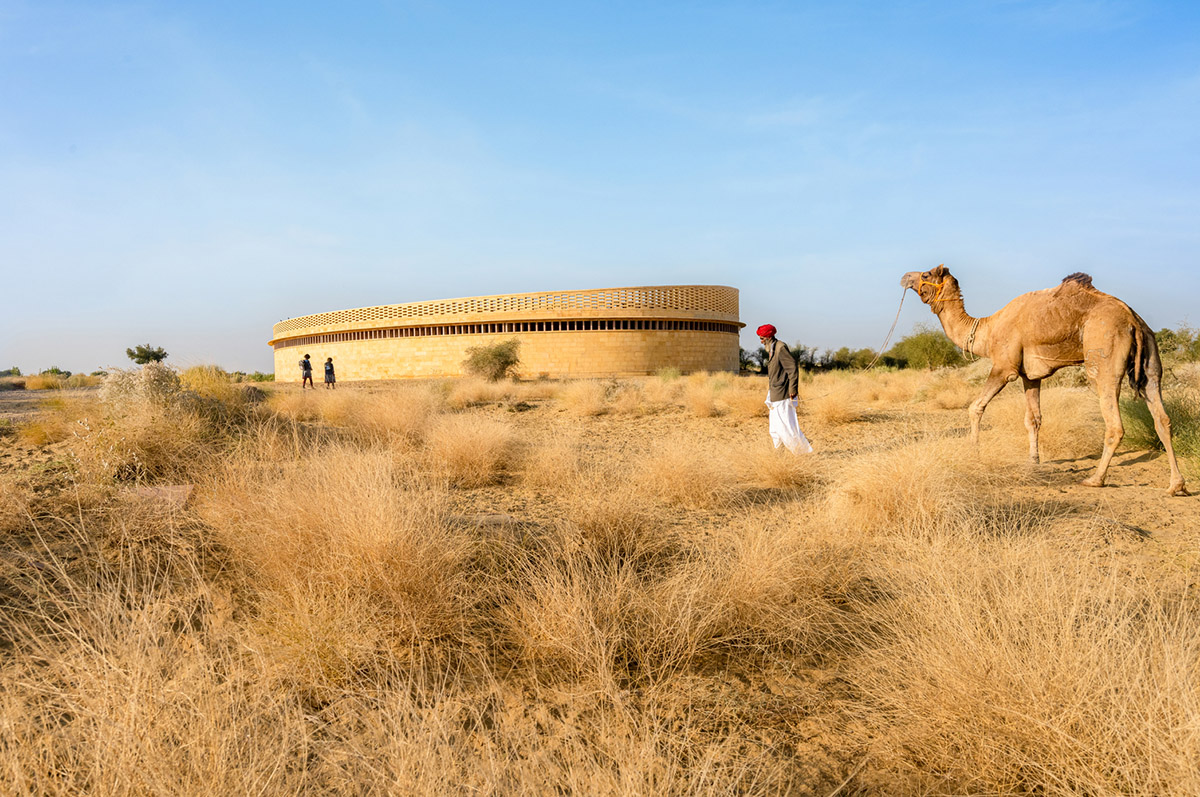 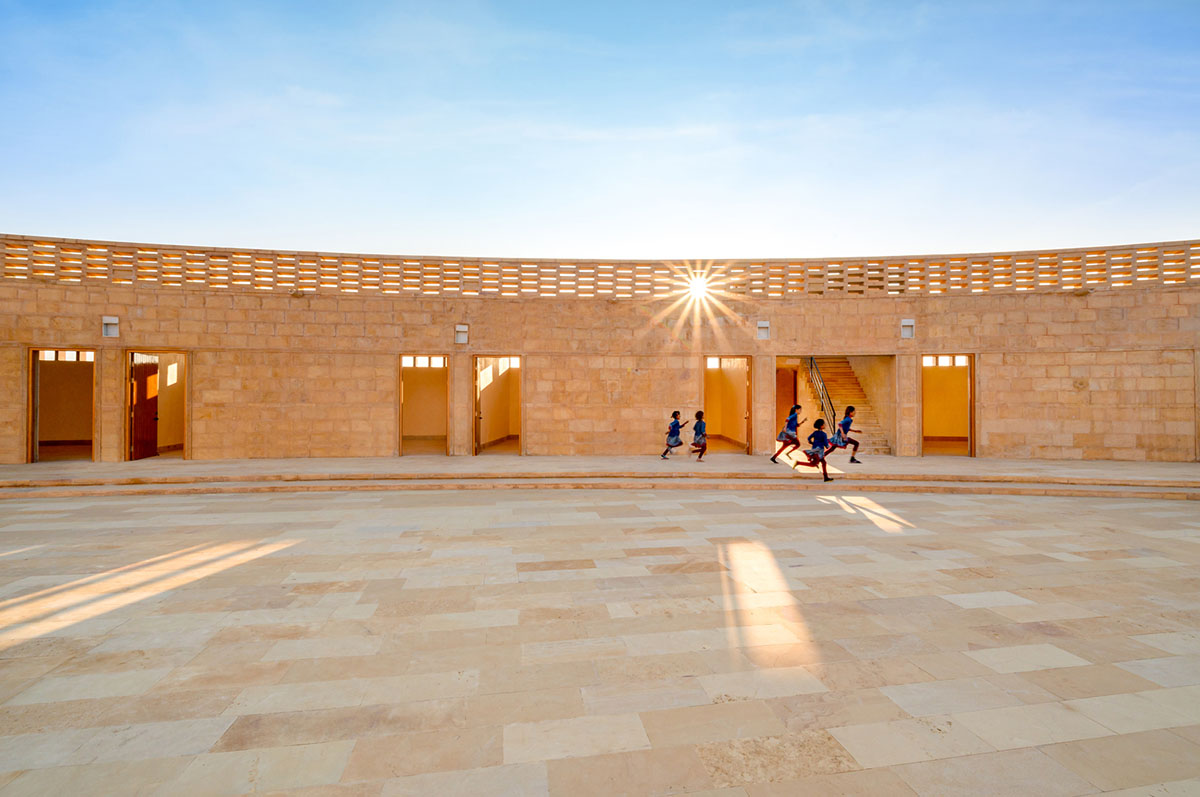 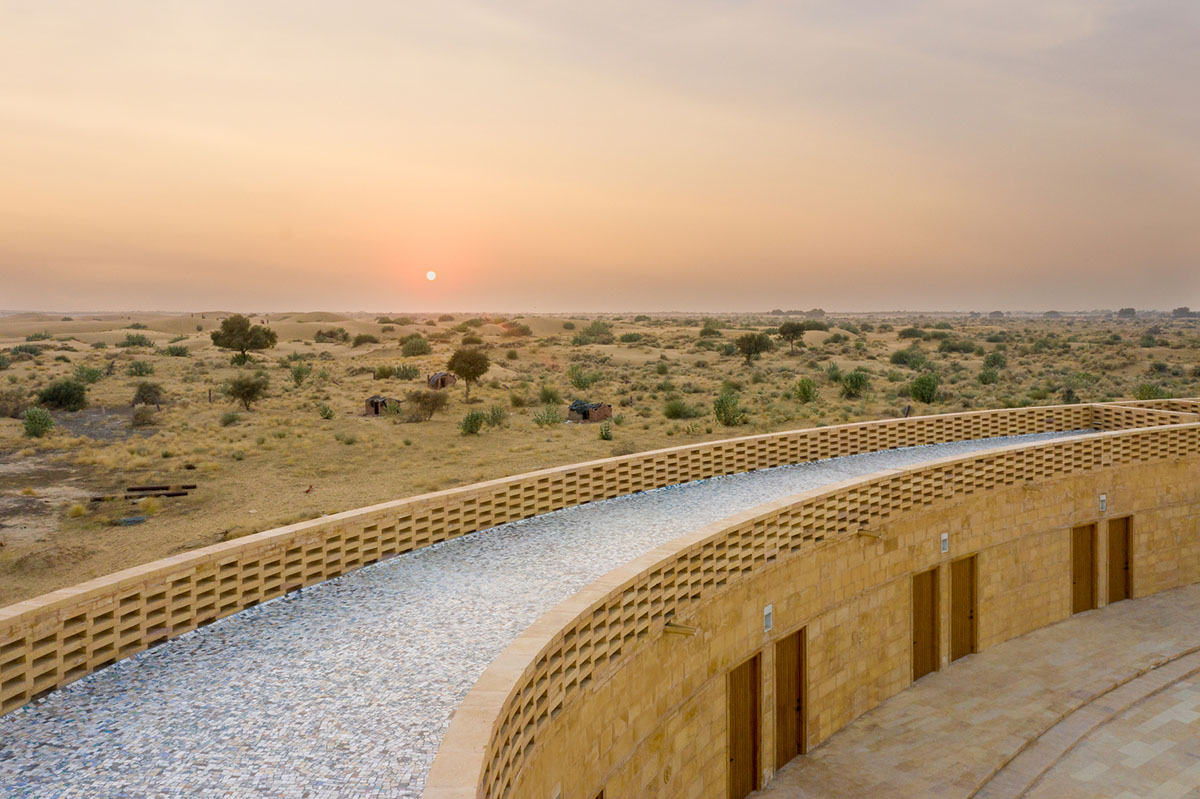 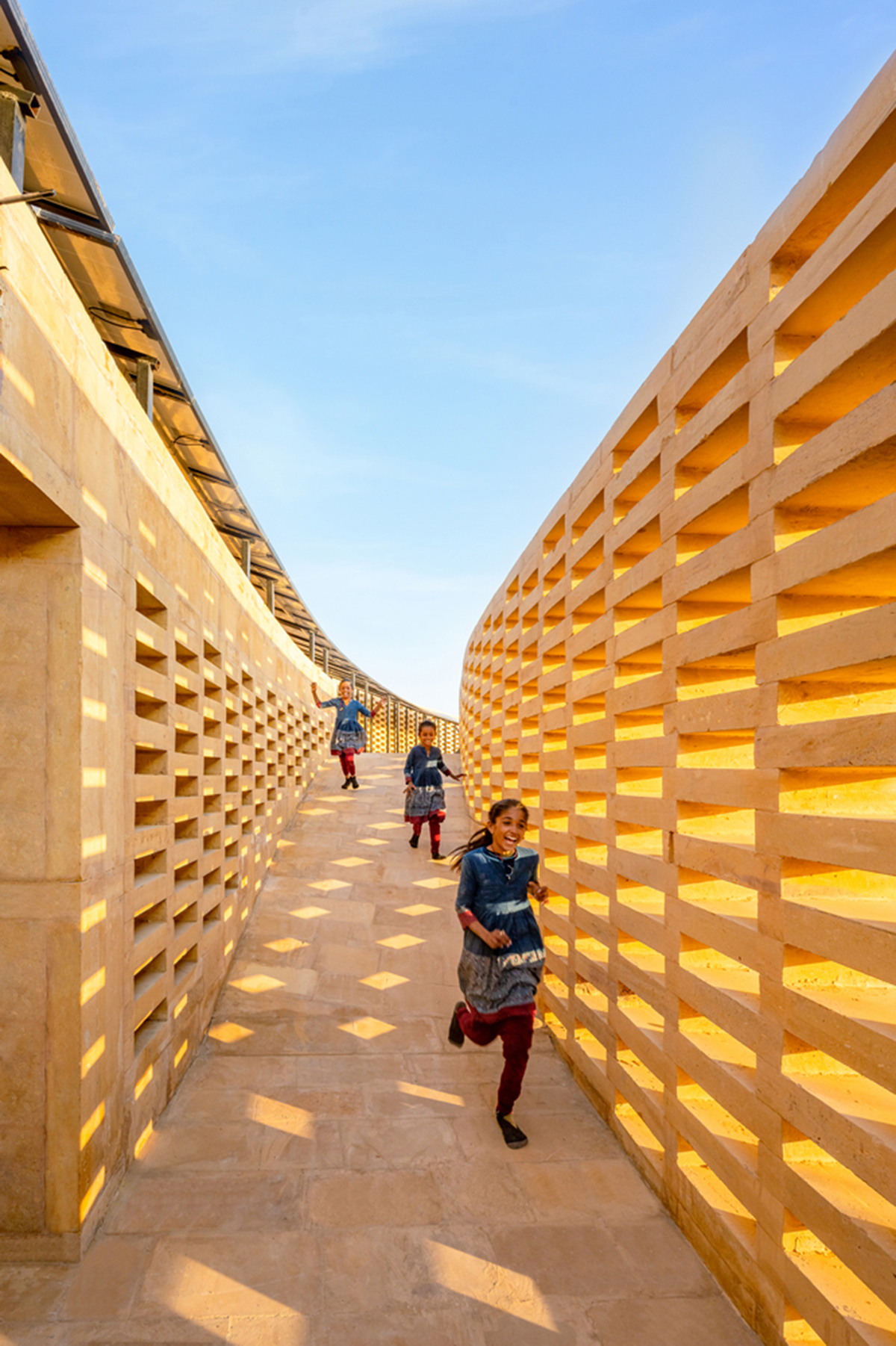 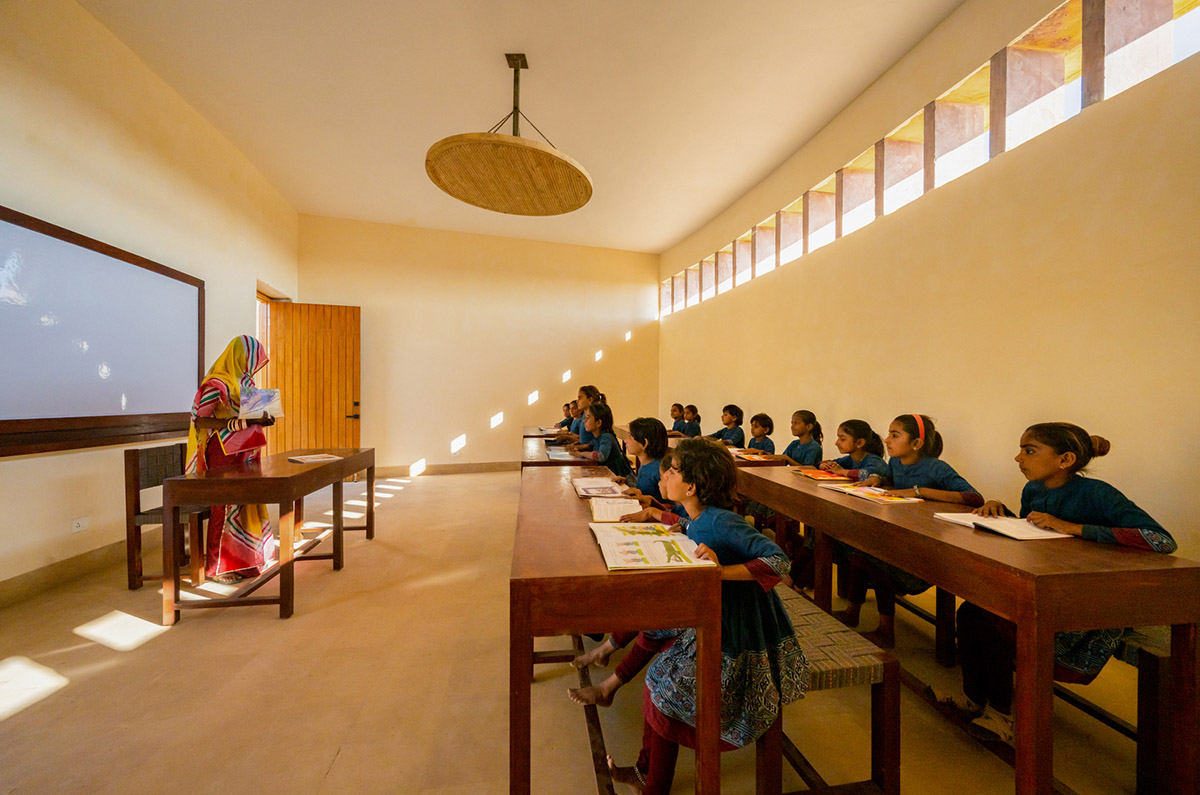 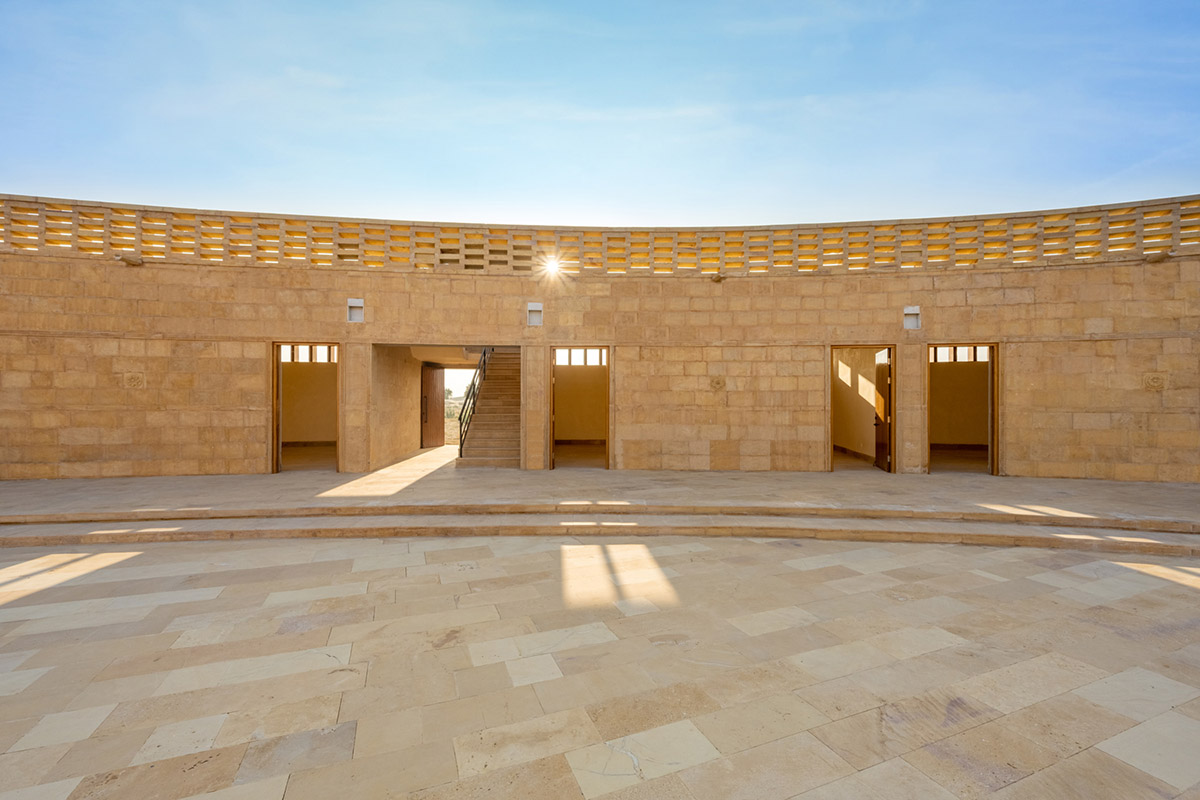 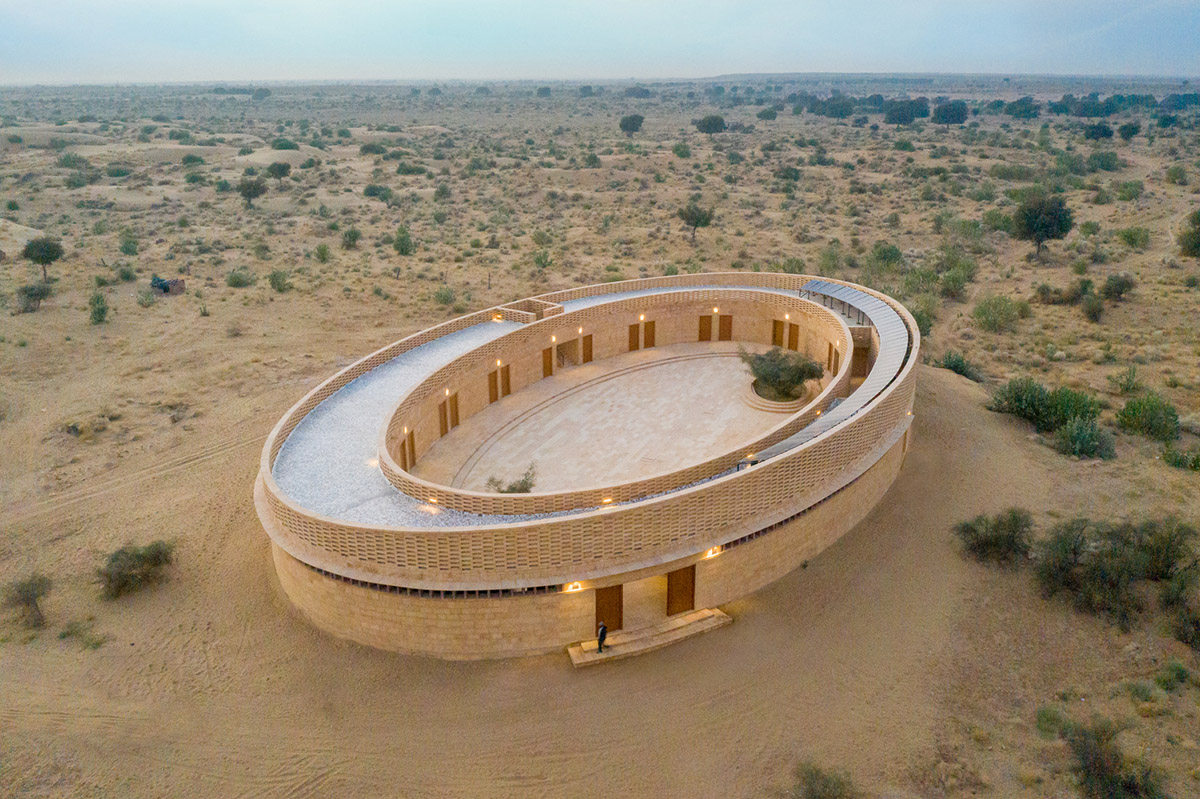 The Rajkumari Ratnavati Girl's School is set to open to students in July 2021. The other two structures, The Medha Hall and The Women’s Cooperative will be built soon.

Diana Kellogg Architects was founded by Diana Kellogg in 1992 in New York. The firm's projects primarily include residential architecture, while the firm also design commercial and institutional projects.