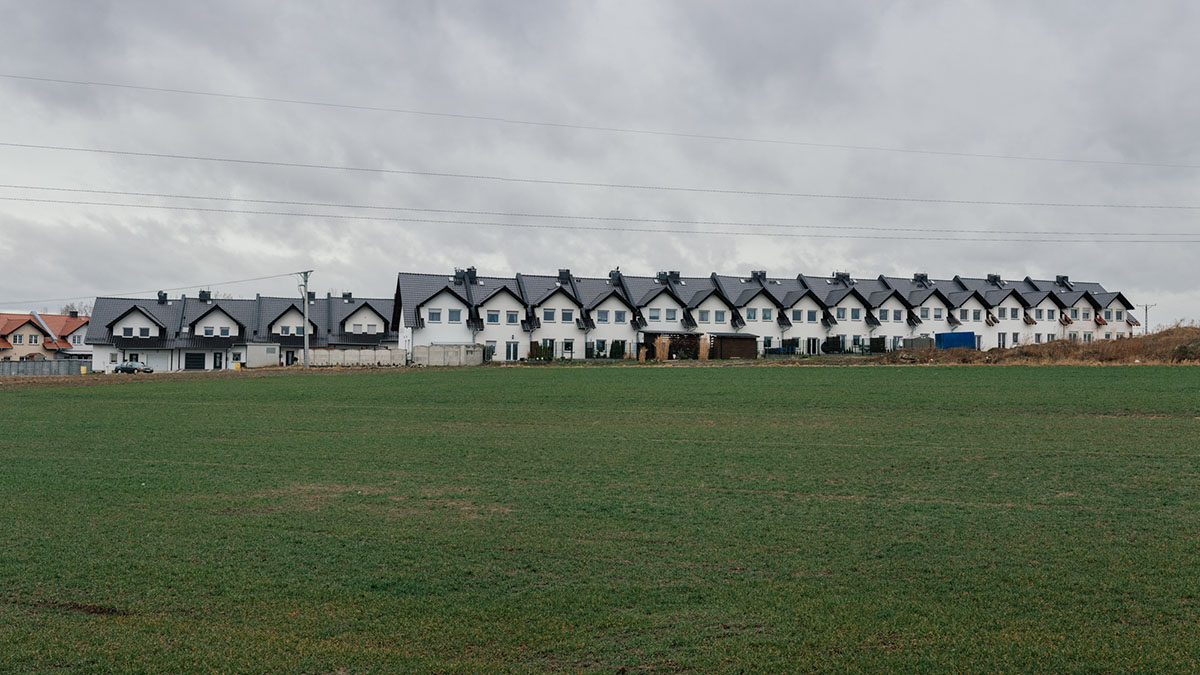 The Polish Pavilion has presented its theme for the 17th Venice Architecture Biennale which will open to the public on 22 May, 2021.

The Pavilion's theme, titled "Trouble in Paradise", will explore the future of communal life in the countryside which will be showcased from a multi-layered perspective based on a series of analysis of the forms of work and life in these areas.

The exhibition will present a detailed framework of certain times of growing local and global crises, and it will show how these rural areas "can be the answer to a worldwide ecological or housing problem."

The exhibition, curated by PROLOG +1, comprised of an international ensemble of architects and artists, will open its doors in a physical exhibition at the Giardini di Venezia. In addition, on the opening day of the exhibition, the Pavilion will also launch a digital version of the project at the Pavilion's website. 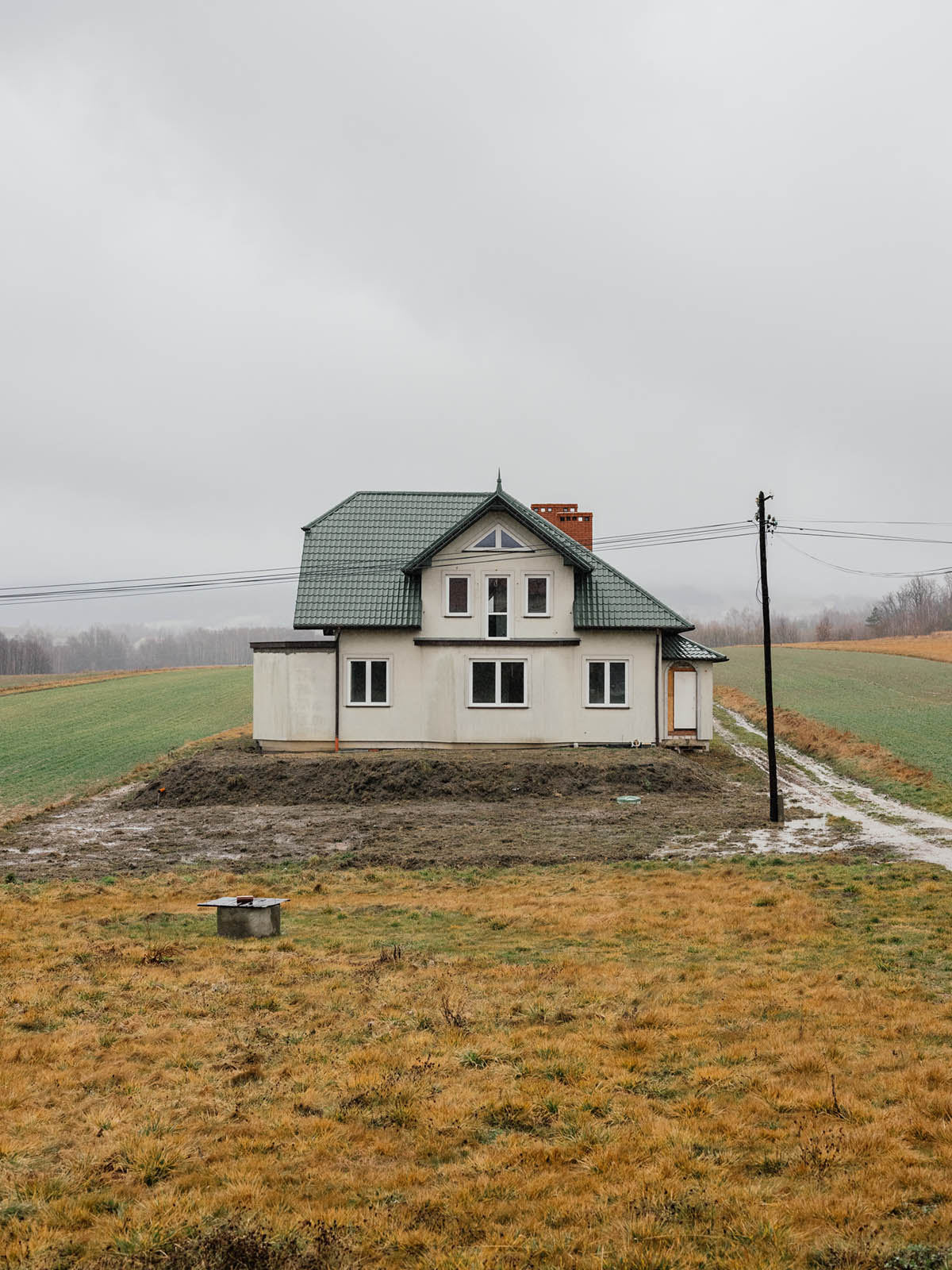 "Although rural areas make up 93% of Poland’s territory, only 40% of the population lives there," said the Polish Pavilion.

"This data is an accurate reflection of worldwide trends. Engulfed in spatial chaos, having so far remained on the sidelines of architectural interest, the countryside has become the subject of the exhibition in the Polish Pavilion at the Biennale Architettura 2021."

Addressing to Hashim Sarkis' theme "How will we live together?" at the Venice Architecture Biennale, the exhibition calls attention to, among others, "the issue of the marginalisation of the countryside; it also points out the problems faced by the inhabitants of the countryside today and shows its enormous, untapped potential," according to the organizers. 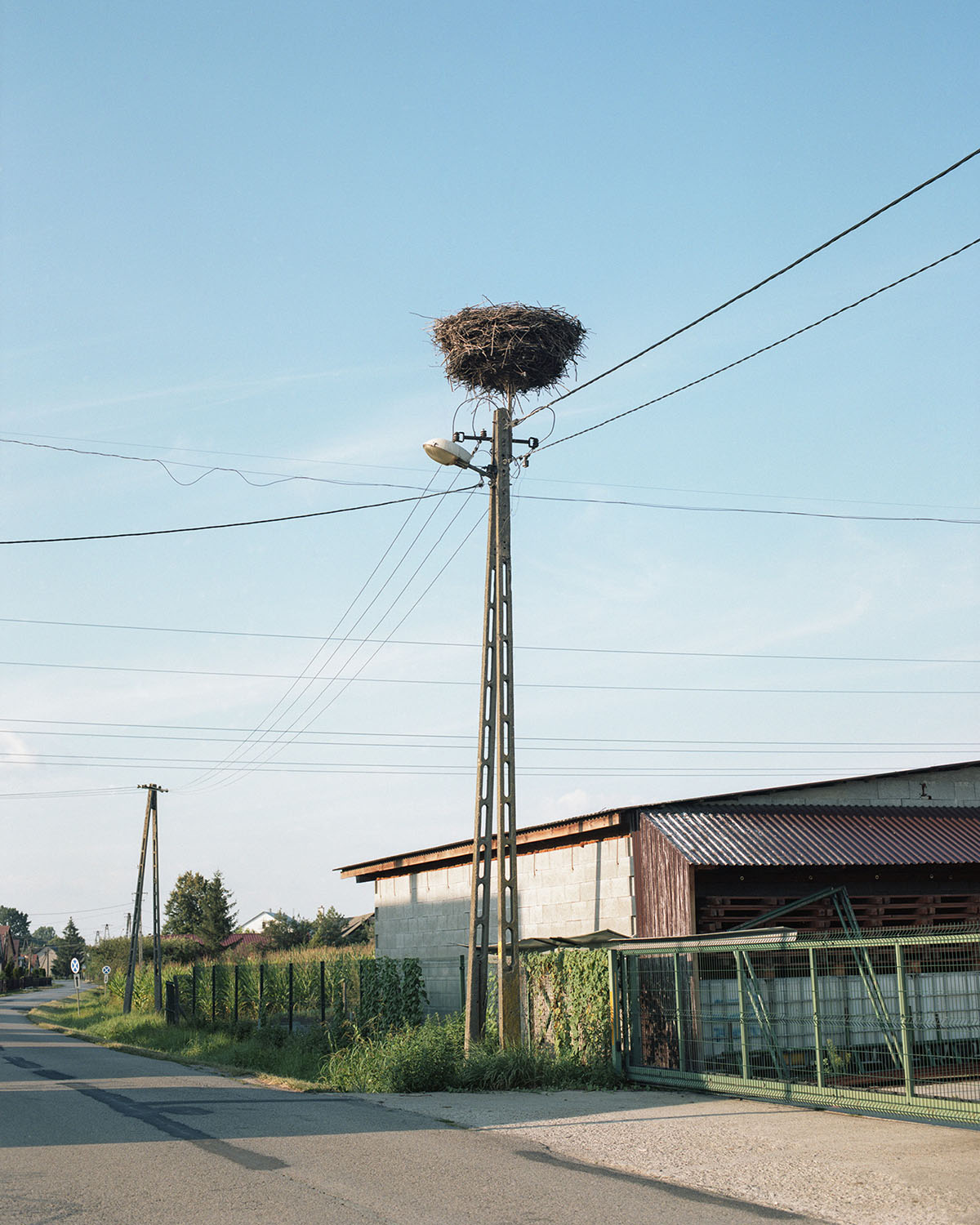 Based on the abovementioned data, the situation in Poland represents an accurate reflection of global trends — around the world, "the population of urban areas exceeds that of rural areas, even though the latter account for the majority of land area," said the organizers. 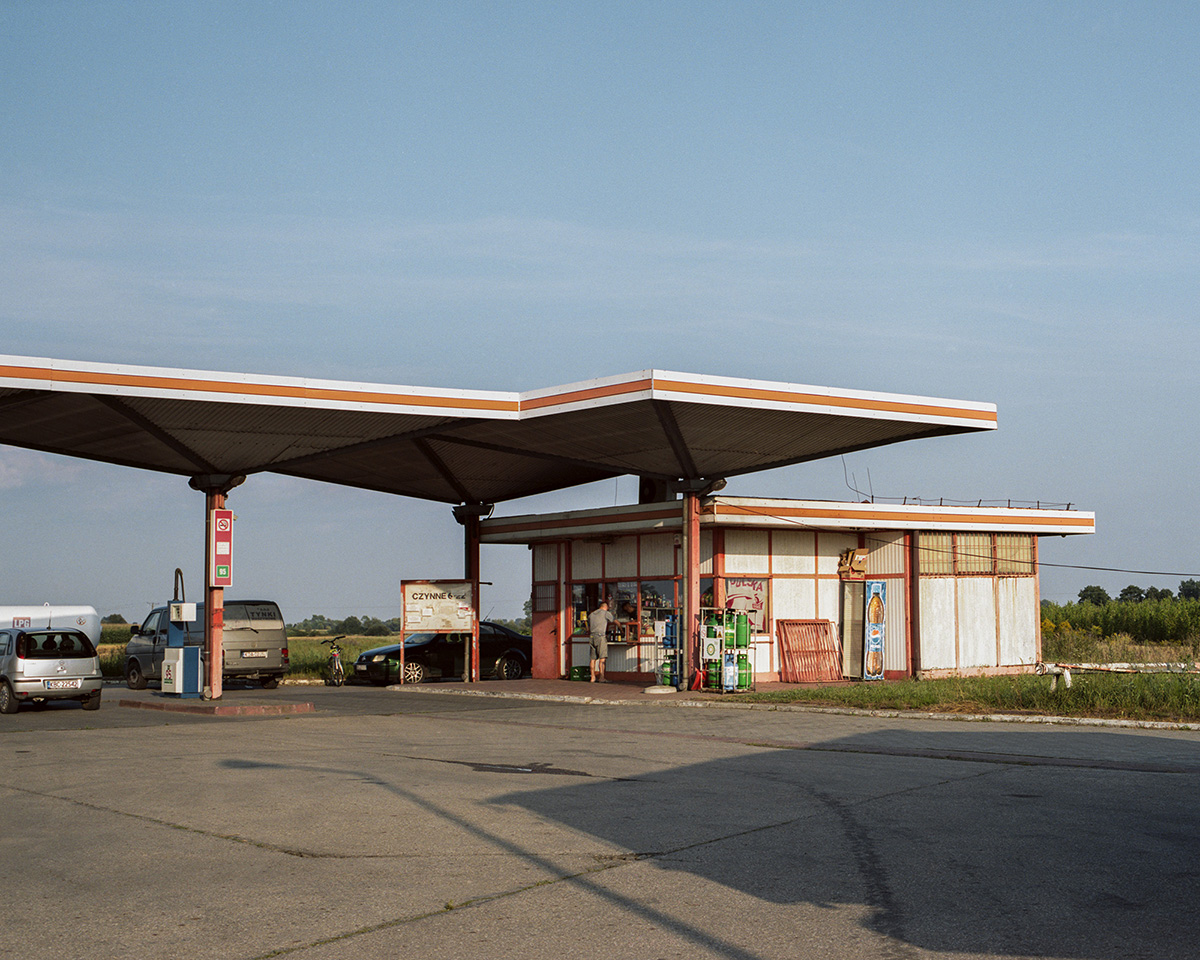 Organised by Zachęta, the National Gallery of Art in Warsaw, the exhibition will be comprised of two parts: an analytical and speculative part. The former part, carried out in collaboration with Polish artists, will delve into the contemporary problems of the countryside and will be presented in the form of an enormous 70-metre photorealistic panorama that fills the space of the pavilion.

Created by photographers Michał Sierakowski and Paweł Starzec, as well as artist Jan Domicz, in collaboration with the PROLOG +1 team, the panorama will depict the characteristic elements of the rural countryside which are the result of the processes that have taken place there over the past 100 years. 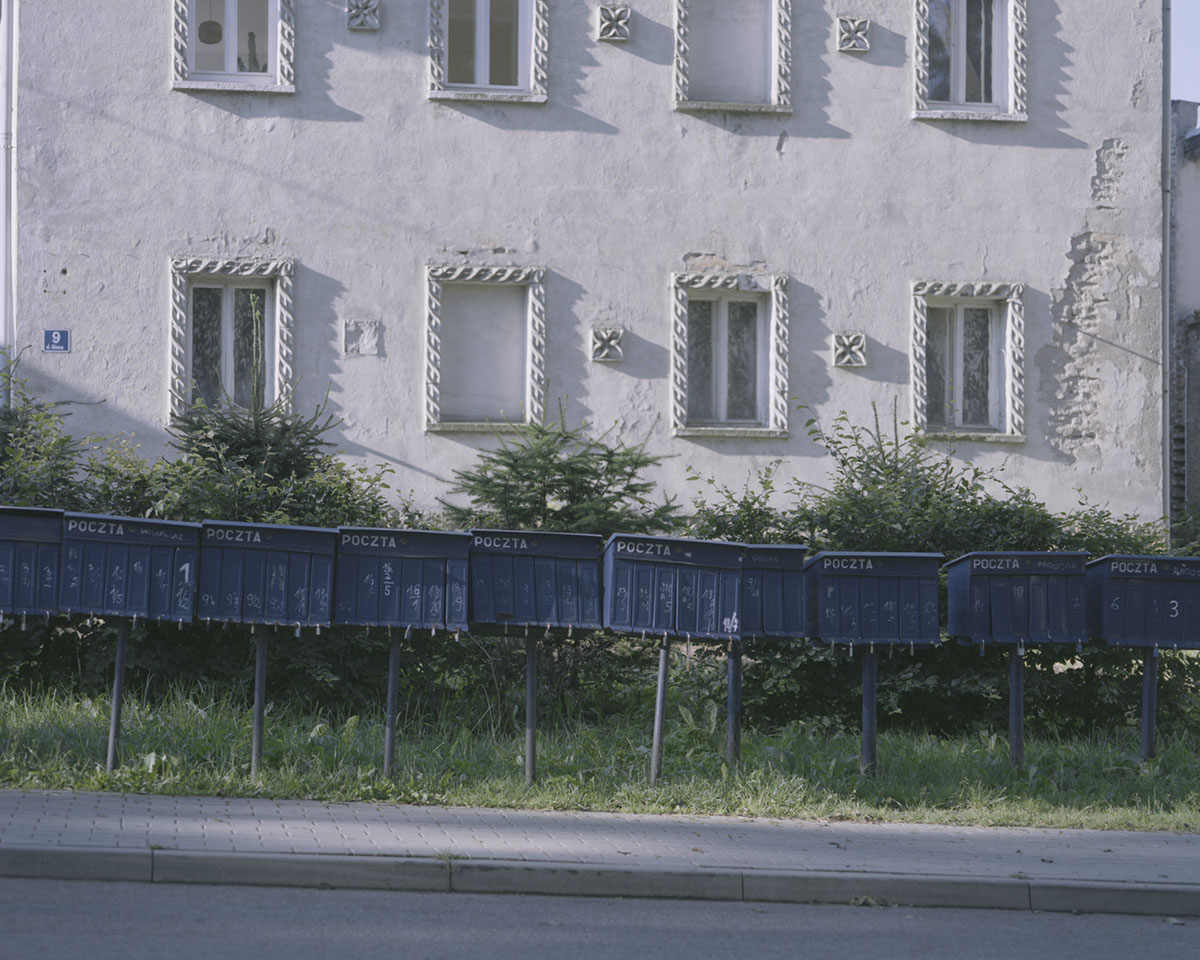 The result of their work, which are architectural models, collages and drawings, will be presented in the pavilion against the background of the panorama.

"The diversity of points of view and the juxtaposition of different perspectives are linked by a reflection on the effects of rural exploitation, climate disasters or global crises — including those whose impact on the fate of the planet and rural areas is yet to be known," added the organizers. 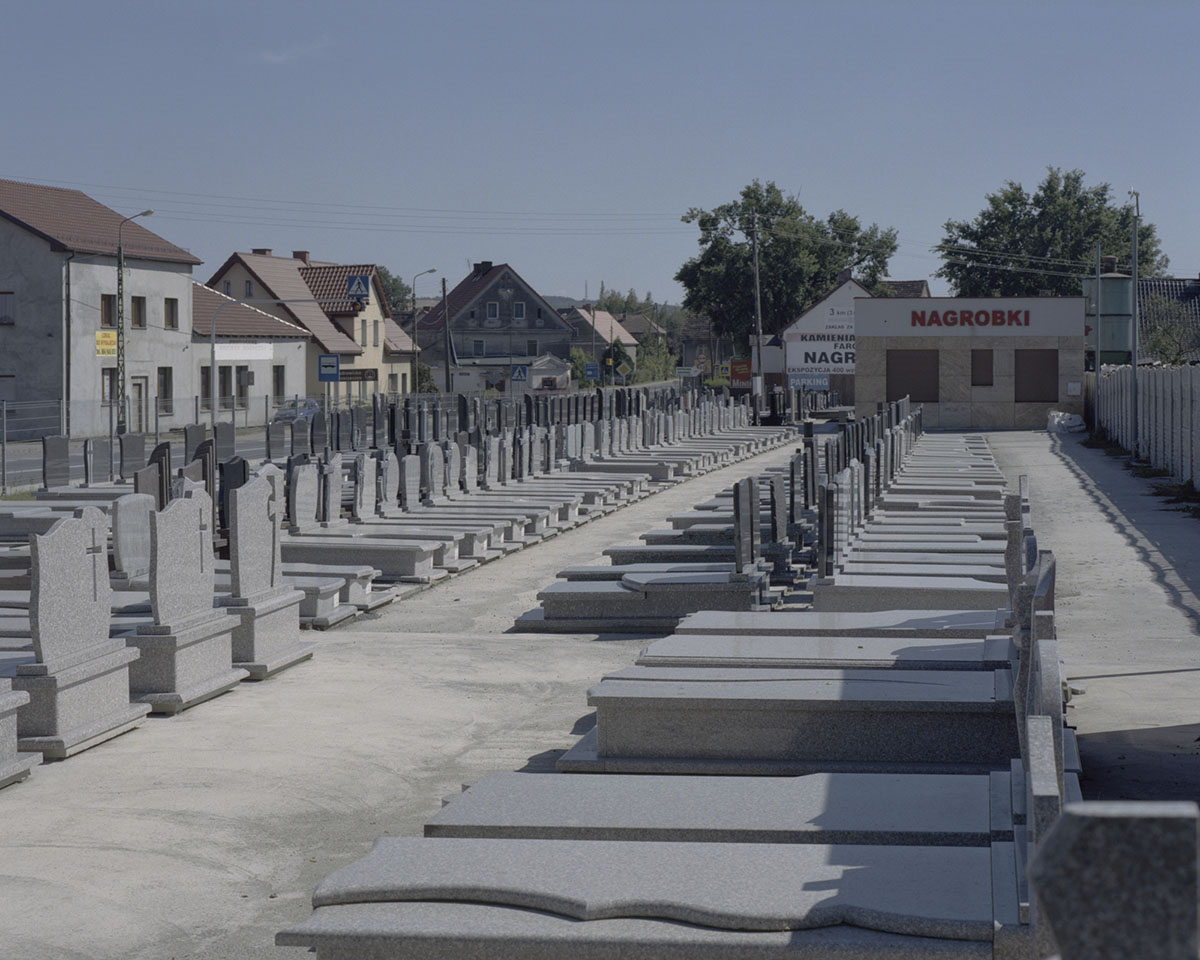 The curators of the exhibition believe that the perception of the countryside through a lens of simplifications and stereotypes — treating it as a lost paradise, or a place where one can rest from the troubles of civilisation — is a significant problem. 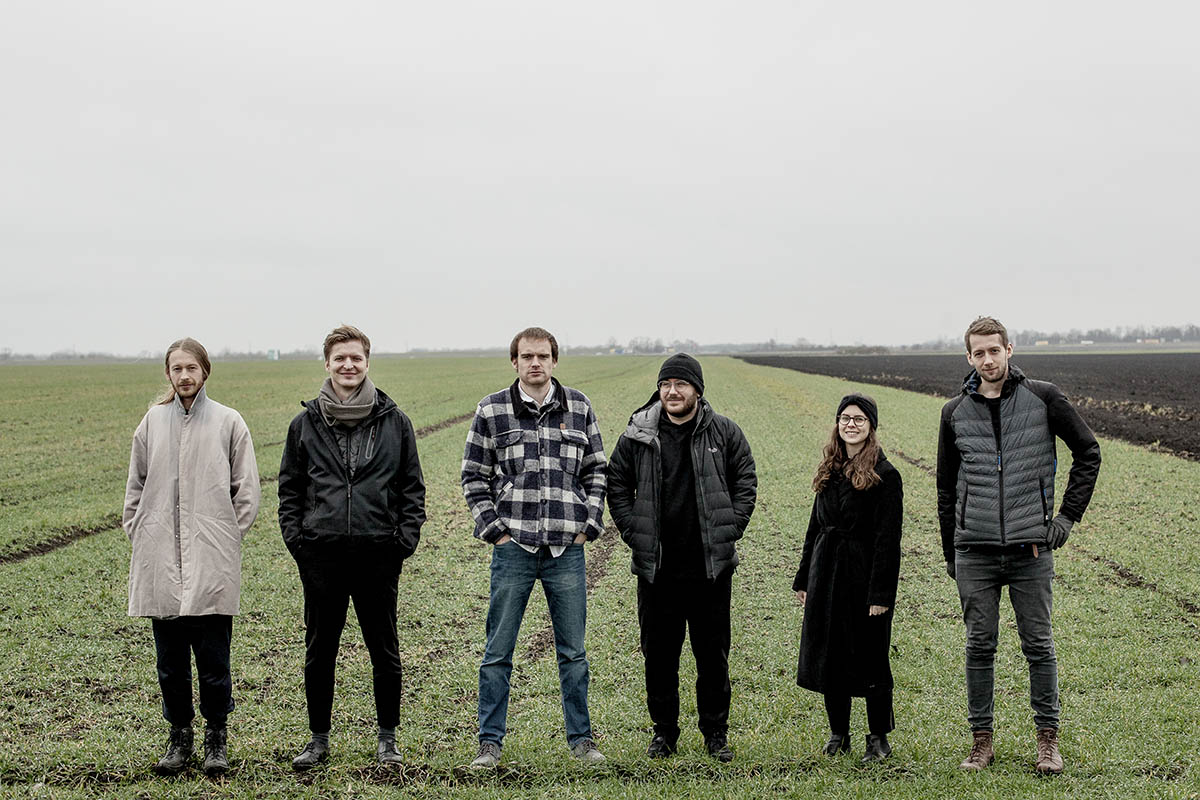 It turns out that the ideal of living near the city has a short shelf life. The pandemic, which led to a rise in migration to suburban areas around the world, has brought to light the daily struggles the Polish countryside has faced for years — including the lack of public transport, universal access to the internet or integration between the ‘newcomers’ and the local population.

"The Polish countryside is a place where the problems, hopes and paradoxes of the socialist and capitalist periods become clear; the notions of tradition and progress are not easy to discern here, and radical reforms have met with both enthusiasm and resistance. Despite the scale of the phenomenon that is the Polish countryside, the issues related to it remain outside the mainstream of architectural discourse," said PROLOG +1, curators, in the excerpt from the introduction.

"The marginalisation of these areas intensified during the political, economic and social transformation of the 1990s and consolidated their perception through the prism of simplifications and stereotypes, or simply excluded them from the sphere of collective consciousness, transforming them into an invisible element of the landscape. This project presents a new perspective, redefines the understanding of what is rural, going beyond the narrow framework of a romantic or technological utopia, and reads the countryside as a space of struggle and resistance against the forces colonising it, and not as an innocent, idyllic landscape outside the city." 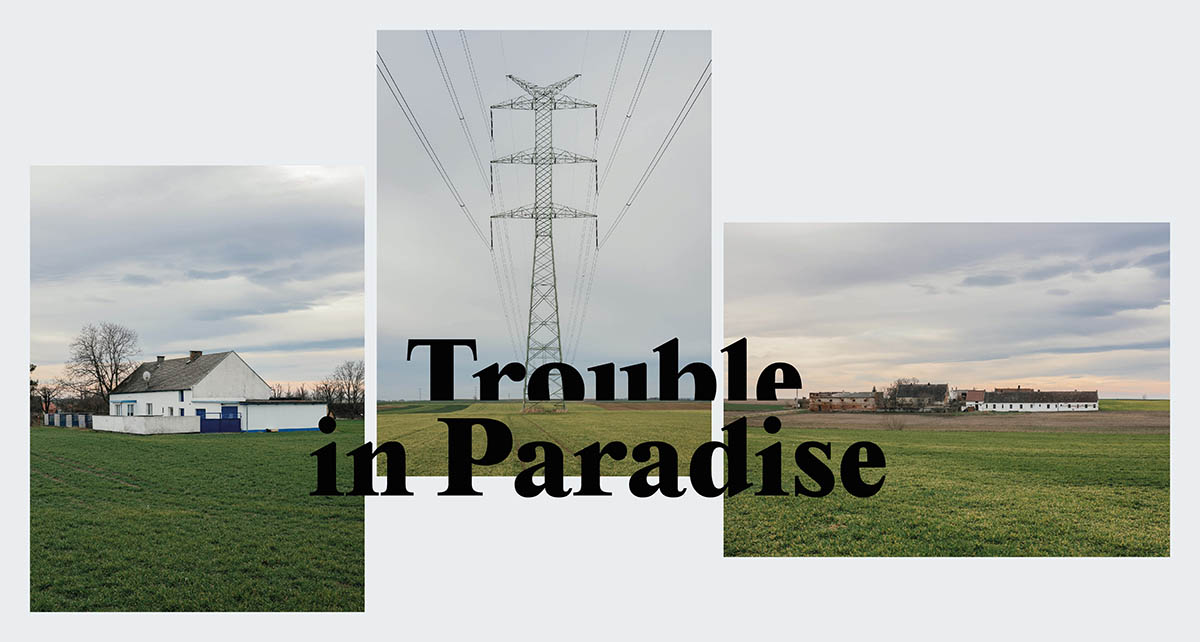 "The countryside is less and less often a promise of autonomy and escape from the city, and more and more often a storage space, a place for ring roads, production halls, farms, all the infrastructure without which life in large agglomerations would be impossible. This is primarily due to the convictions that the countryside is there to serve, acting as support facilities for the cities," said Robert Witczak of the PROLOG +1 curatorial team.

"We want to reverse this perspective, to stop thinking of the countryside from a “city dweller” point of view," added Witczak.

"It’s important to us to show the countryside not as a closed, divided and privatised space, but as a space of ideas — a sense of community influenced by every inhabitant," he continued. 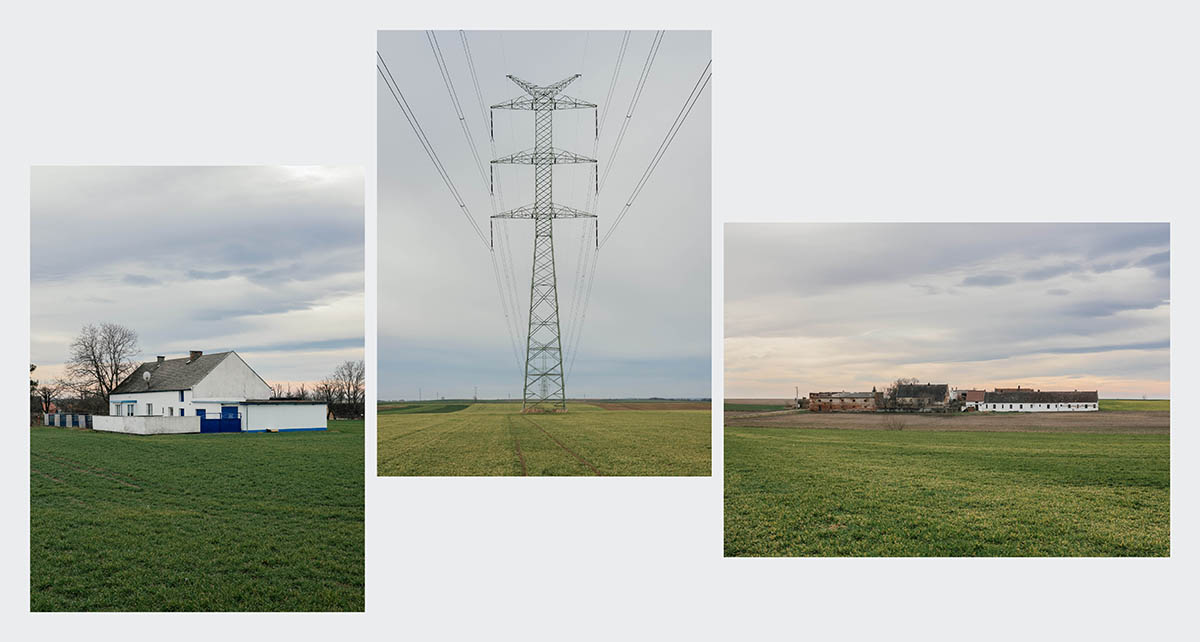 The exhibition is accompanied by the book Trouble in Paradise, which includes essays by Platon Issaias & Hamed Khosravi, Pier Vittorio Aureli, Andrea Alberto Dutto, Katarzyna Kajdanek, Łukasz Moll, a photo essay by Jacenty Dędek, as well as texts by the PROLOG +1 team, a photographic Panorama of the Polish Countryside and visualisations of the projects.

Speculative part of Trouble in Paradise exhibition. Polish Pavilion at the Biennale Architettura 2021. From left: EURECA by Traumnovelle, Countryspine by KOSMOS Architects, Social Infrastructure by RZUT 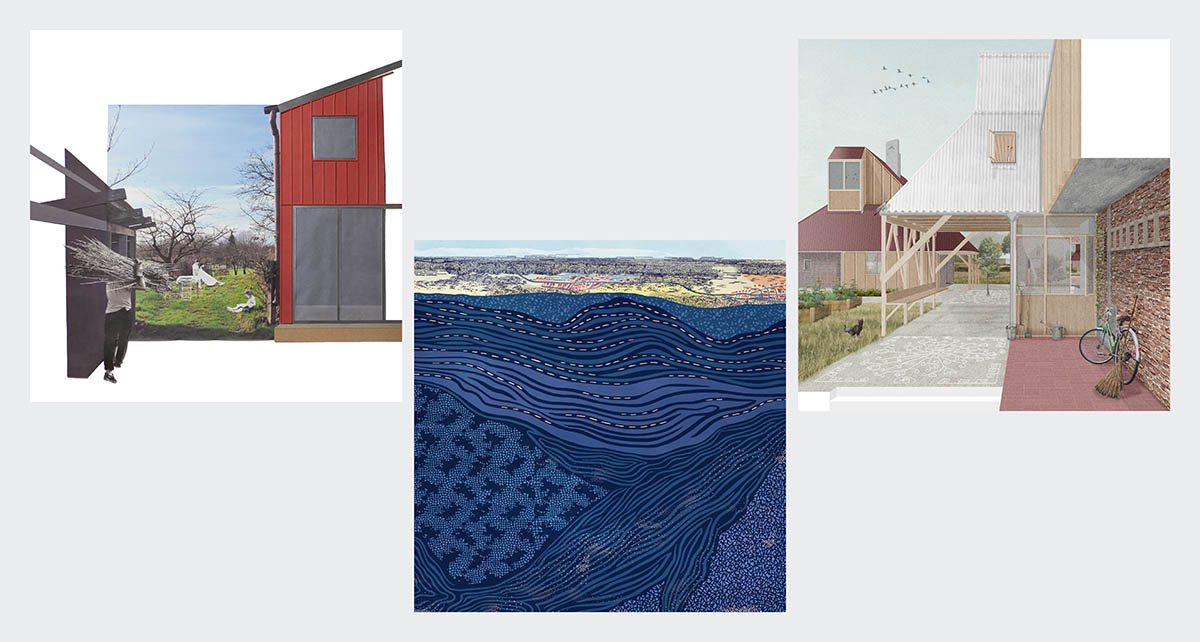 The book will be available for sale at the Zachęta art bookstore and in La Biennale’s bookstores starting 22 May, as well as for download in digital form at the Polish Pavilion's website.