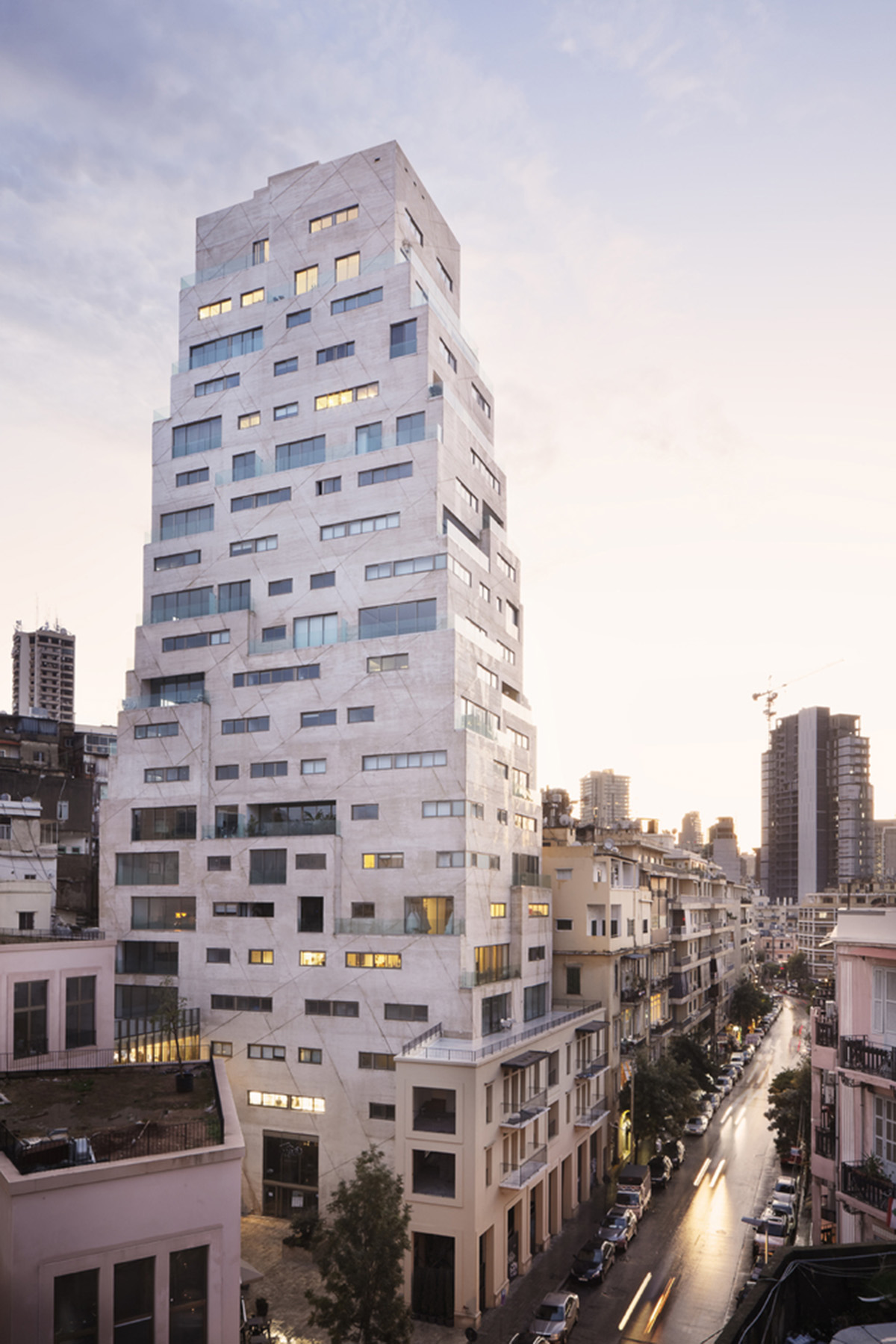 Paris-based architecture firm SOA Architectes has completed an apartment block that is sculpted with a series of setbacks that create terraces in Beirut, Lebanon.

The tower's design, based on in-depth research on the traditional Arab dwelling, the tower contains a hybridization of archetypes of the traditional architecture of the Mashreq by integrating new technologies for dwellings with a context-sensitive and contemporary design. 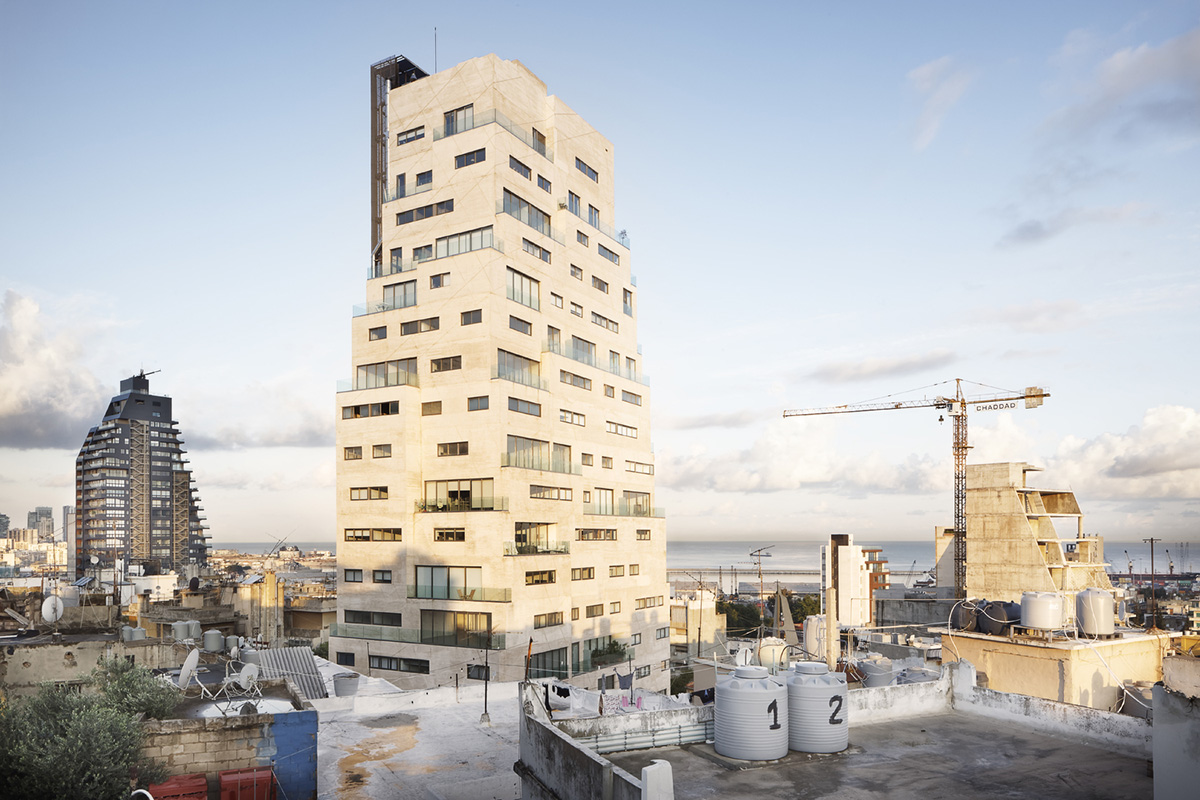 The block is situated in a street that has a rough characteristic terrain, with its rocky soil, stone staircases, and diverse buildings inspired the architects for construction in movement, "raising upwards to the sky what happens at a human height."

"Thus, the tower only slightly changes the configuration of the street, which is simply widened on the little plaza with new shops." 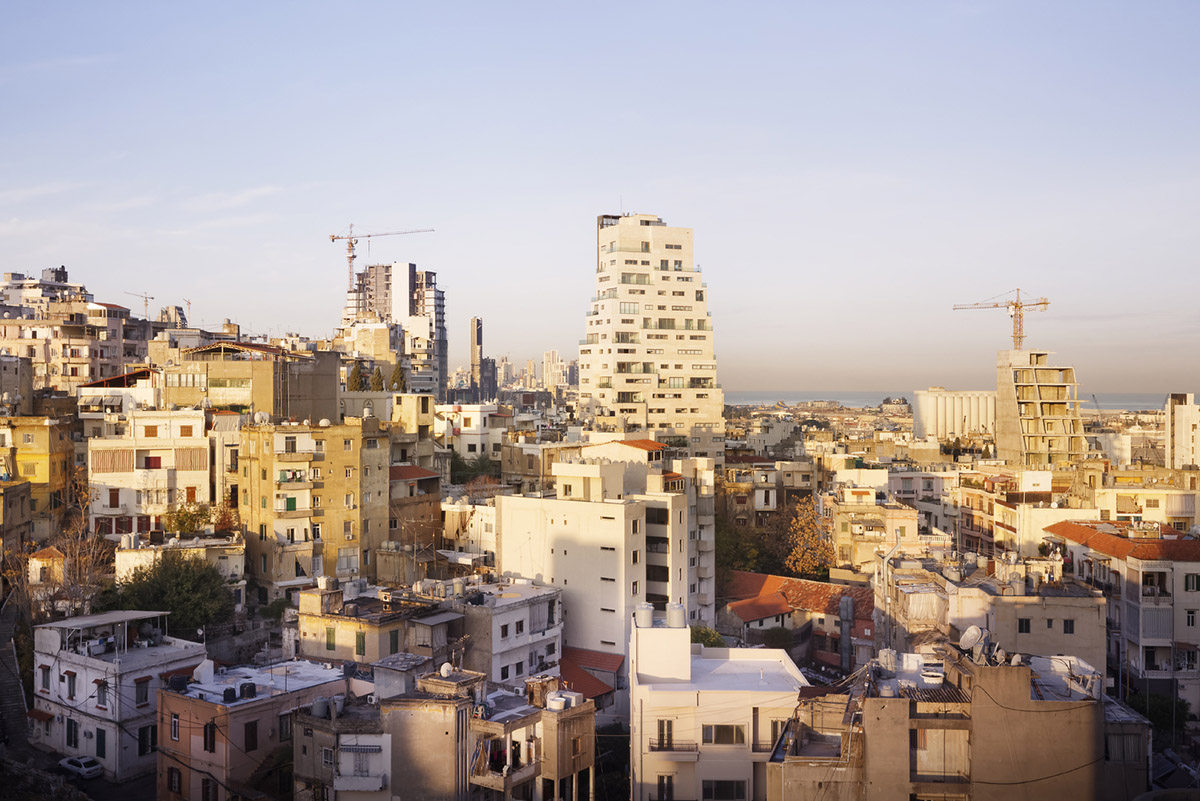 The apartment units are designed as houses, and each of them has specific features, while each has its own open-air terrace. The general language of the tower is succeeded with a series of setbacks, the setbacks give each apartment a fully unobstructed view of the sky.

"According to the position of the apartments in this tower, their terrace is oriented either facing the sea to the north, the mountains toward the east or facing toward the southern area of the city," added the studio. 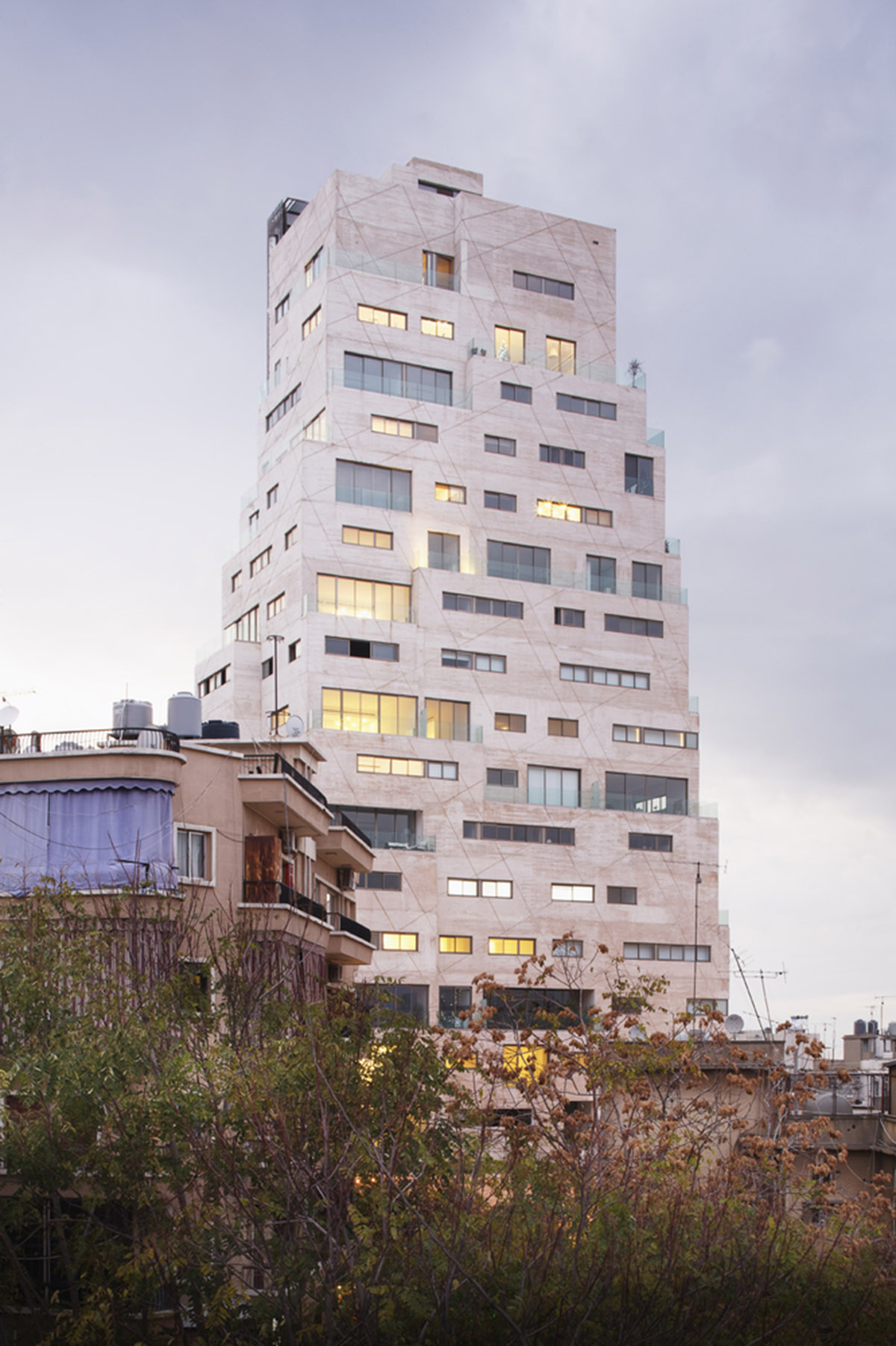 To create the setbacks, the architects sculpted the volume according to the varied orientations of the apartments. "By eschewing a conventional stacking of terraces, the façades are composed of gaps, which are horizontal for the orientations, and vertical for the setbacks," they continued.

As the architects explain, the principle of these setbacks also allowed for an internal load-bearing wall to absorb seismic shocks. "The exterior walls also play a thermal role," they detailed. 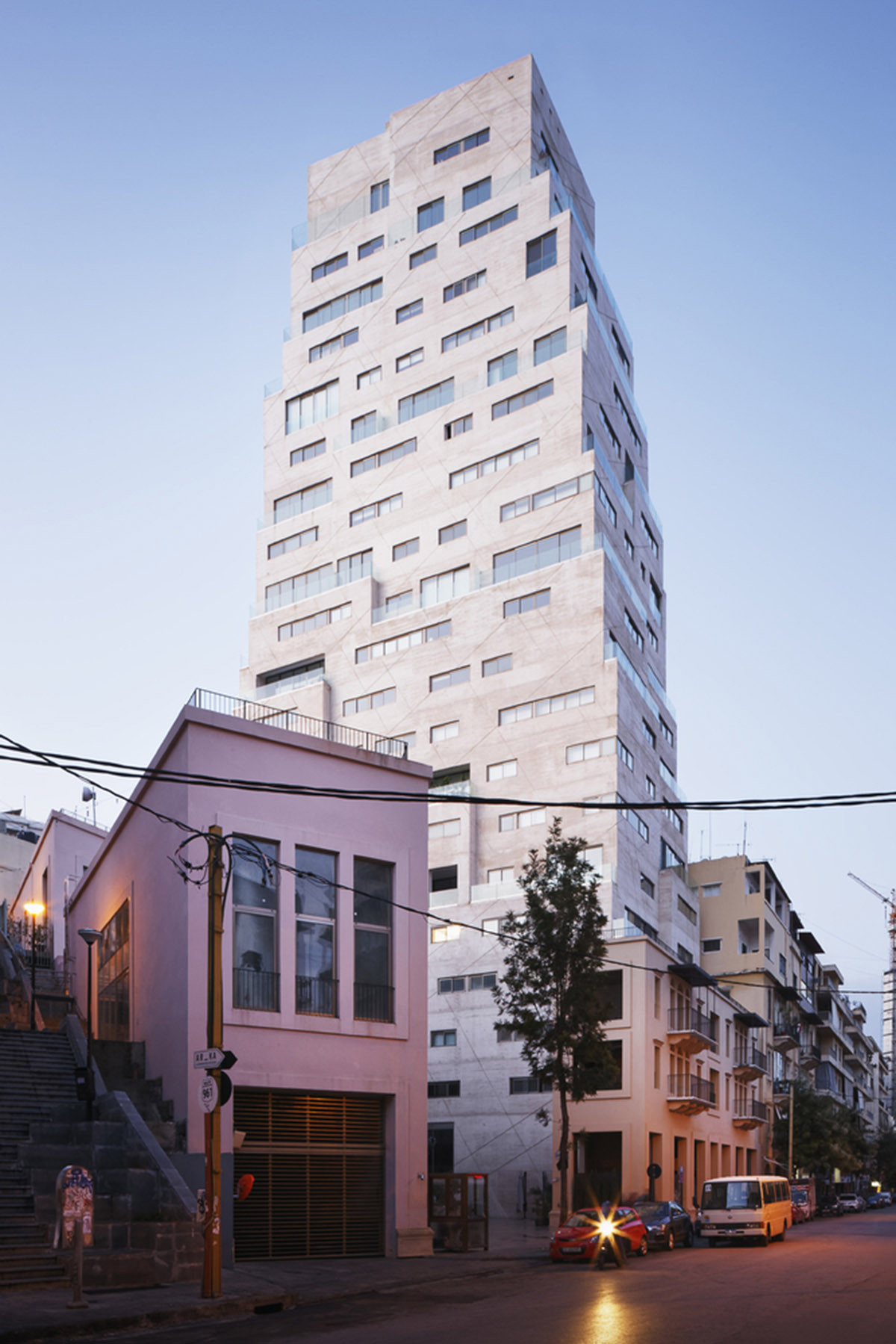 Since the studio wanted to reduce the use of air-conditioners to the maximum, they implemented double ventilated walls for the level of the bays. The structural part is built from ordinary concrete and the double skin of white concrete.

For the design of floor plans of the tower, the architects were inspired by the different floor plans of traditional houses of the Mashriq to realize a modern metamorphosis that places the room layouts in squares, and namely the principle of gradual entry (see early studies on the plan). 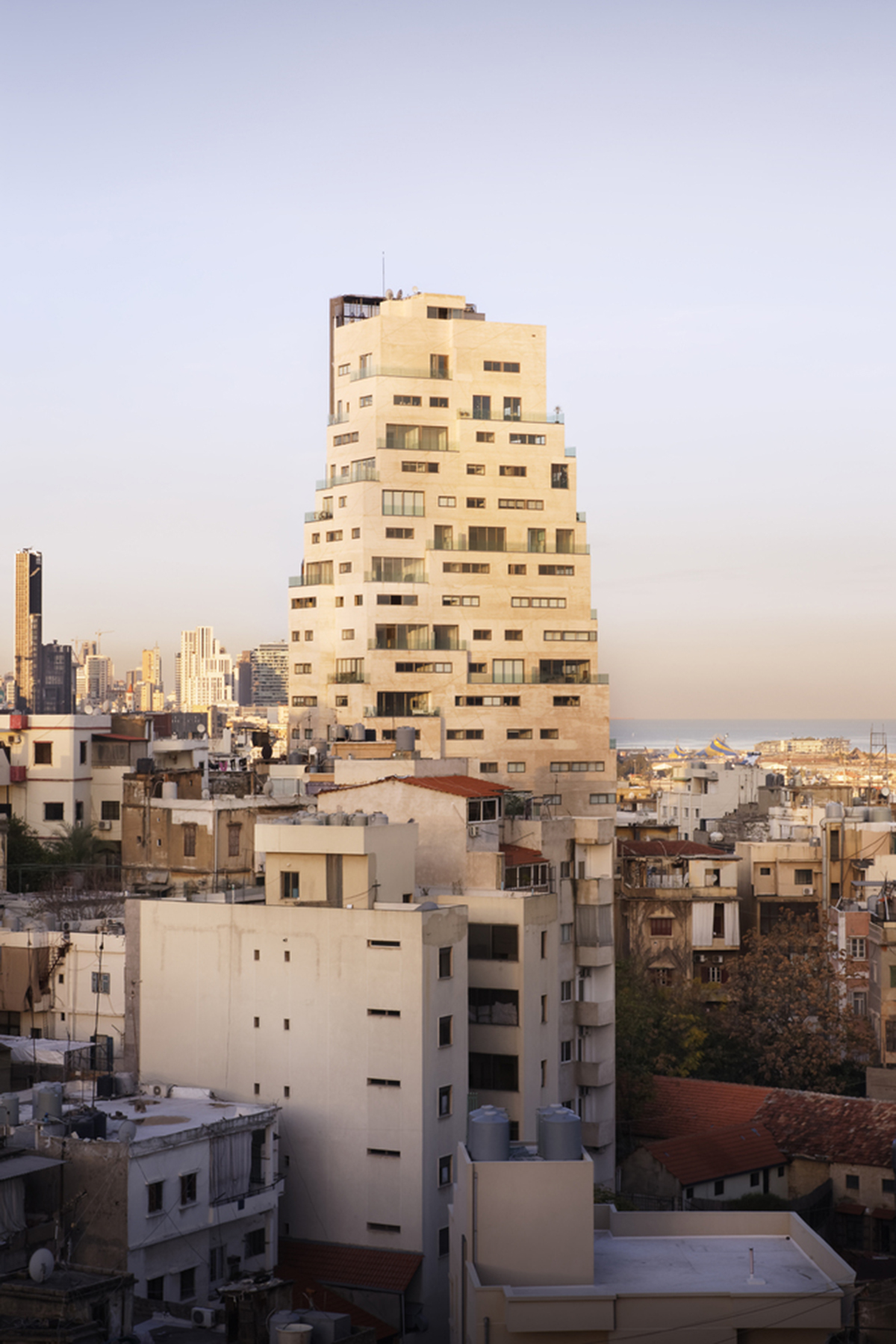 "This approach, which does not pretend to strictly update the Arab plan, seeks rather shift the lines between the system of the traditional plan, which mainly organized the space for gatherings, and the modern system, which is much more concentrated on organizing space dedicated to the individual," said SOA Architectes. 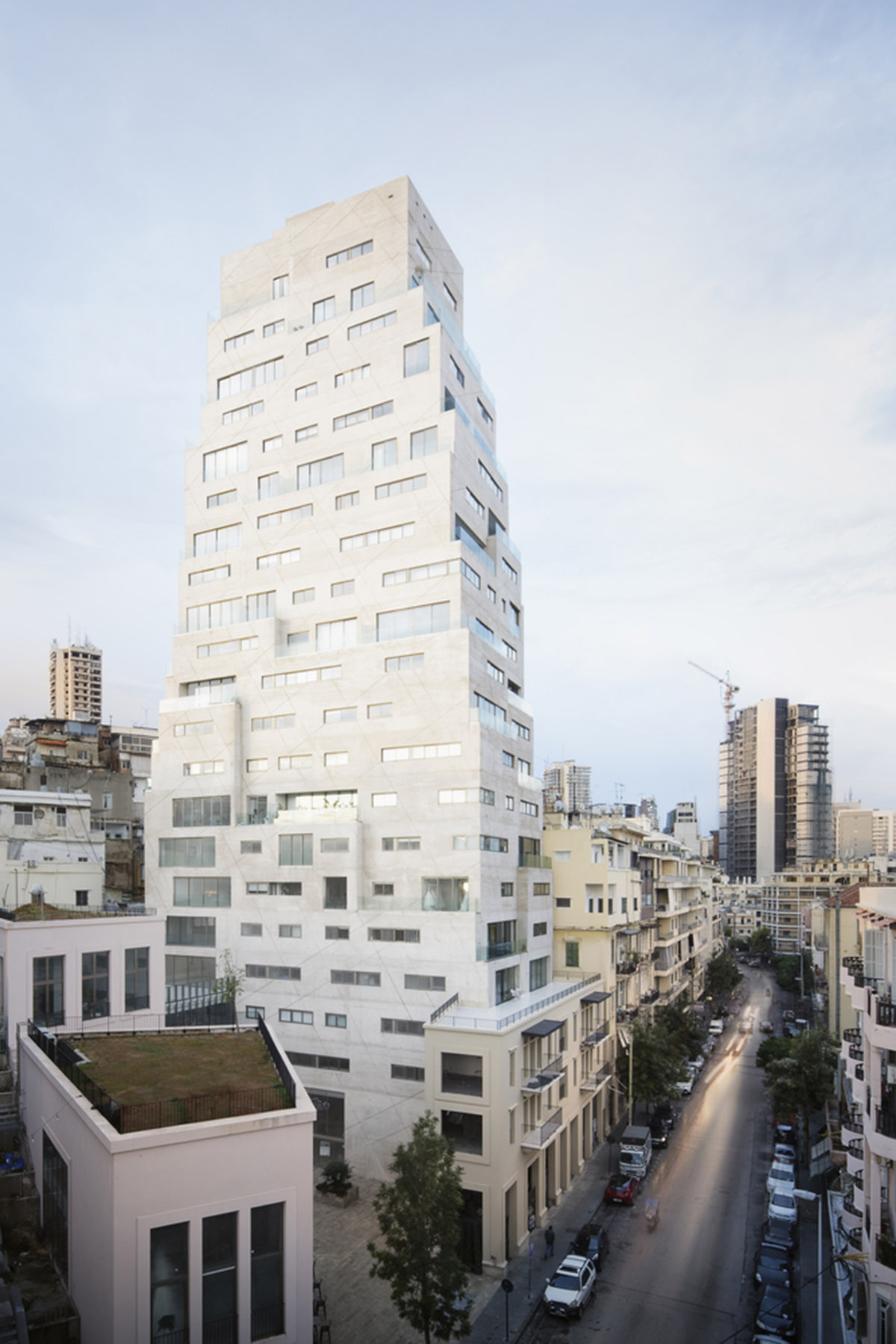 The origin of the plans was inspired by the model of traditional Arab houses. "This type of configuration is found in houses built in Qatar, Morocco as well as Lebanon," added the firm.

"The tower retains this plan, inspired by the recurring triptyque: patio, iwan (vaulted room), and majlis (reception rooms). Like a traditional house, the apartments in the Aya Tower integrate this system." 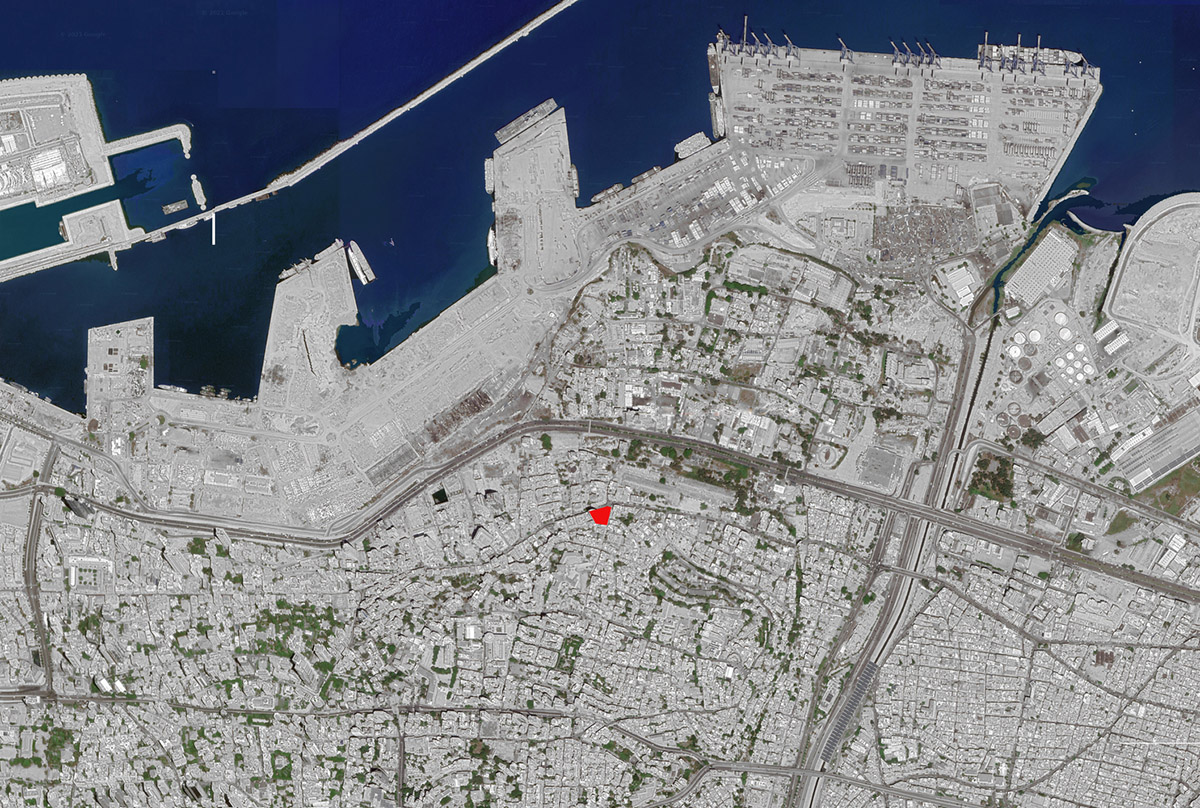 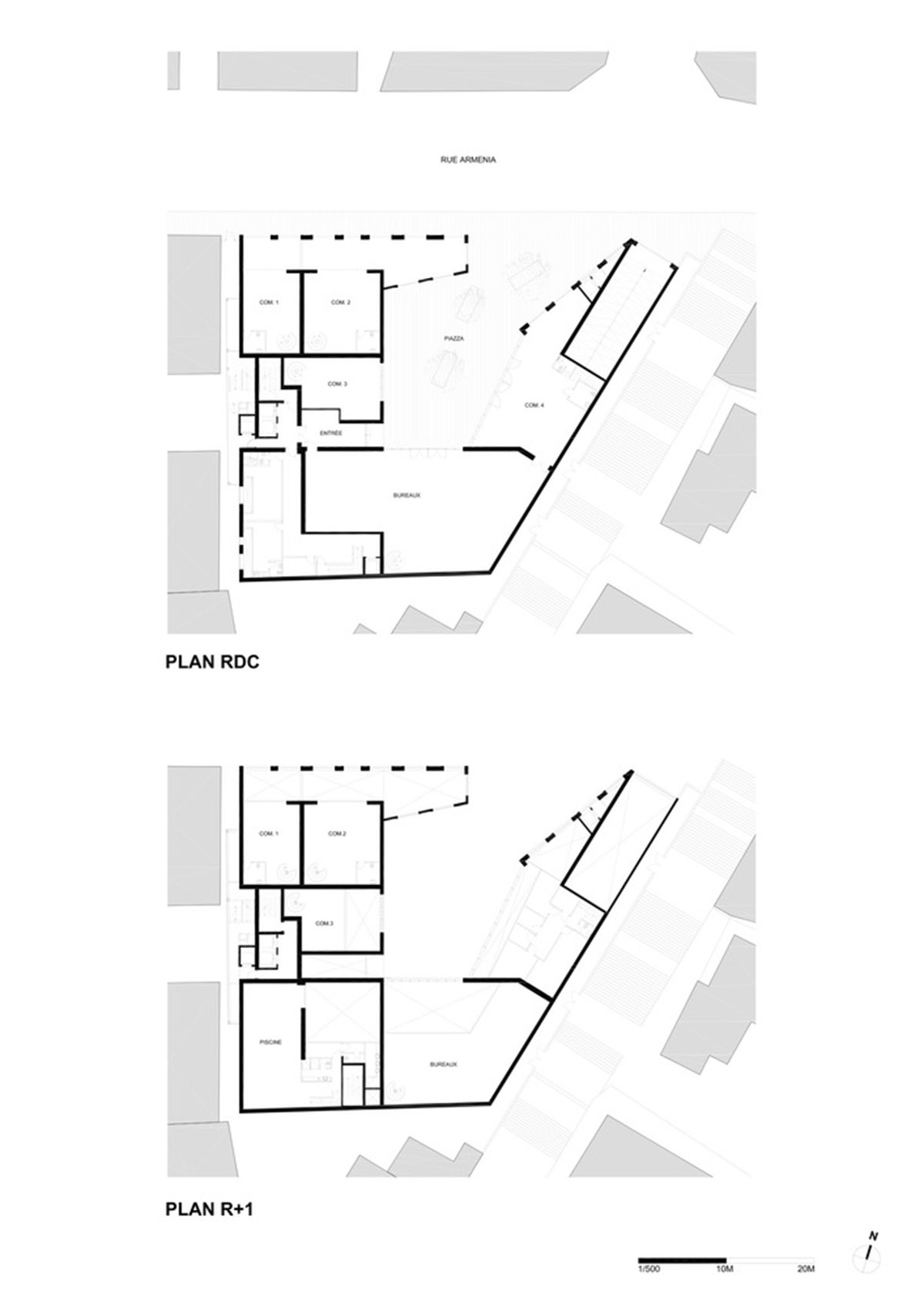 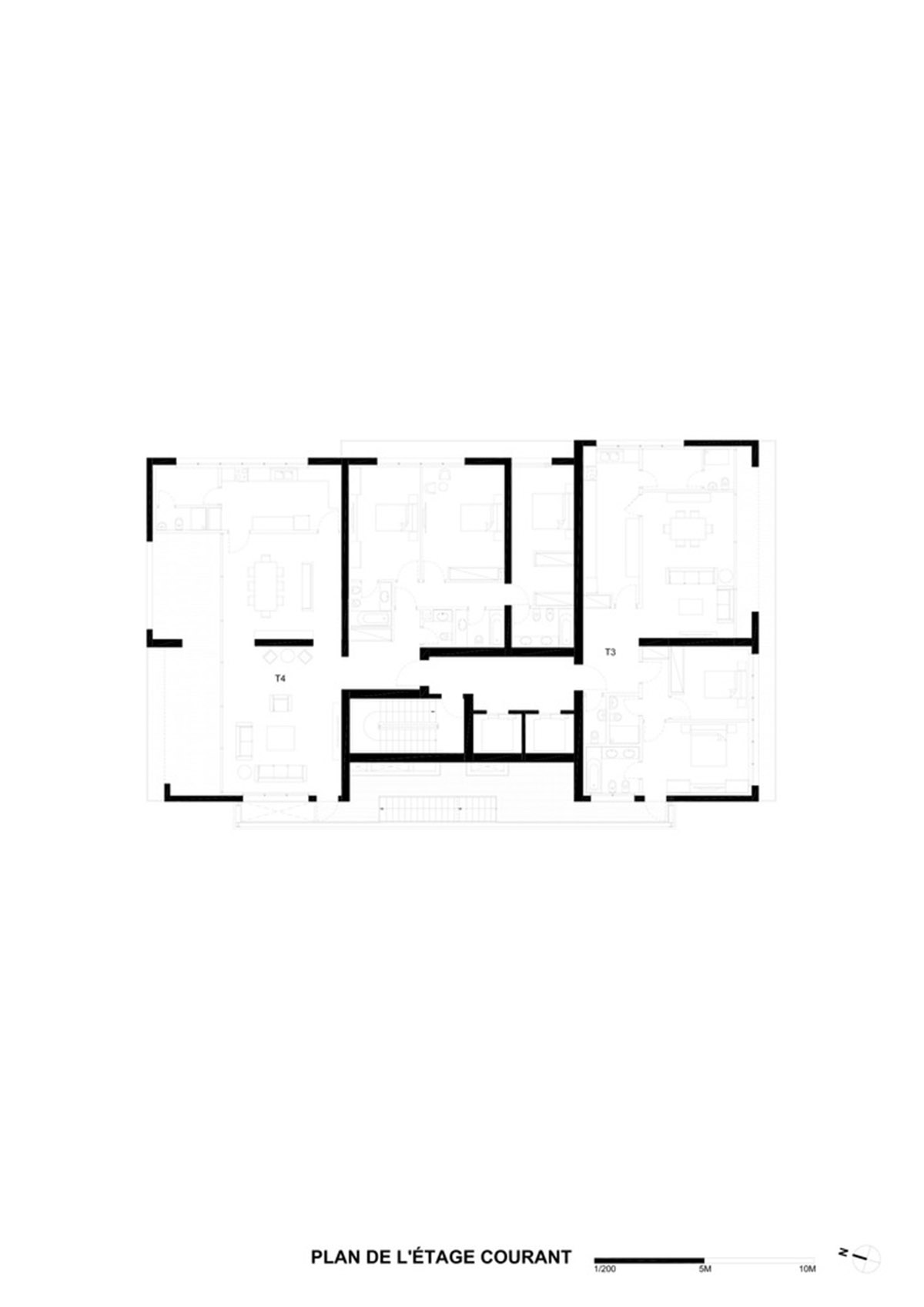 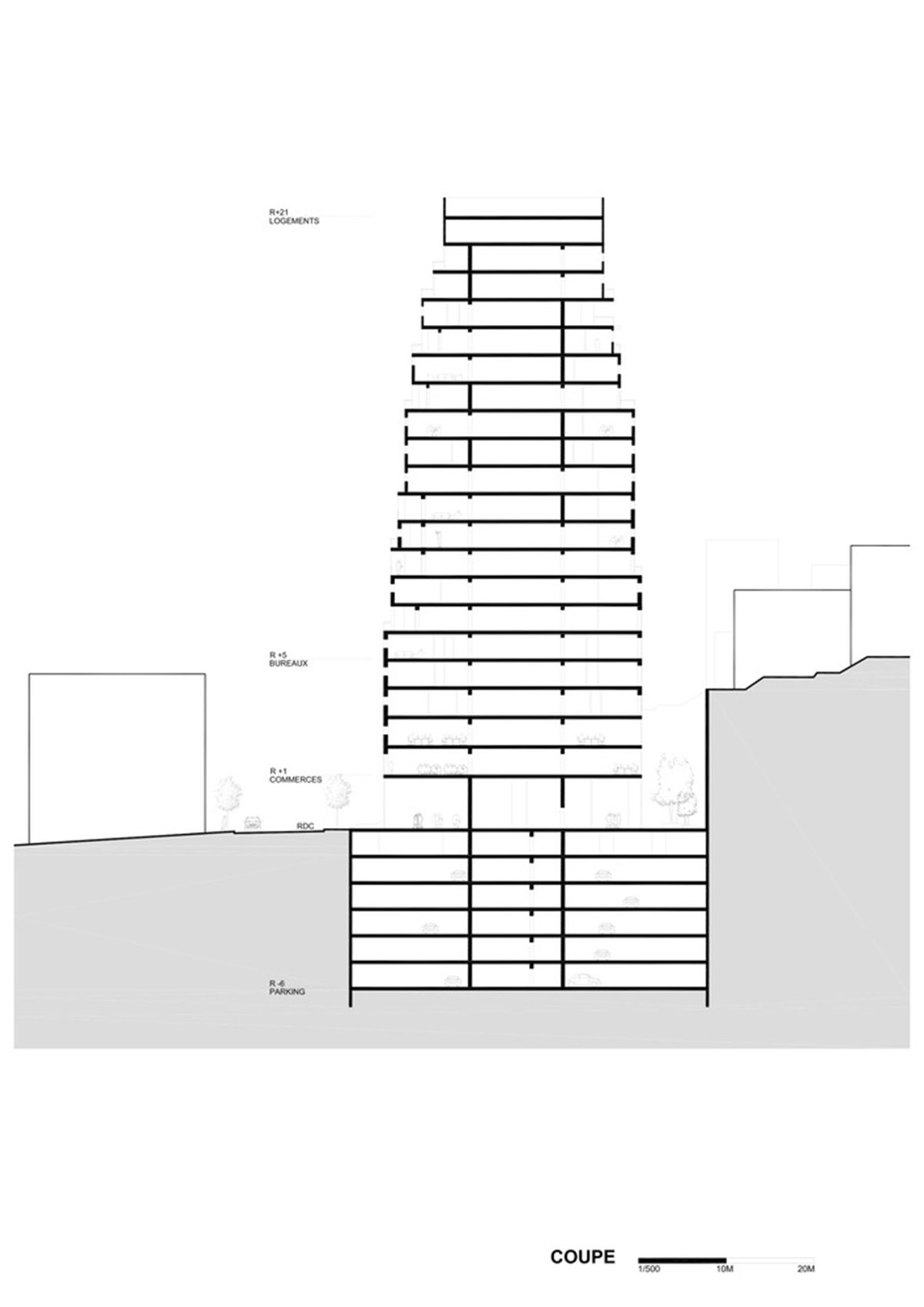 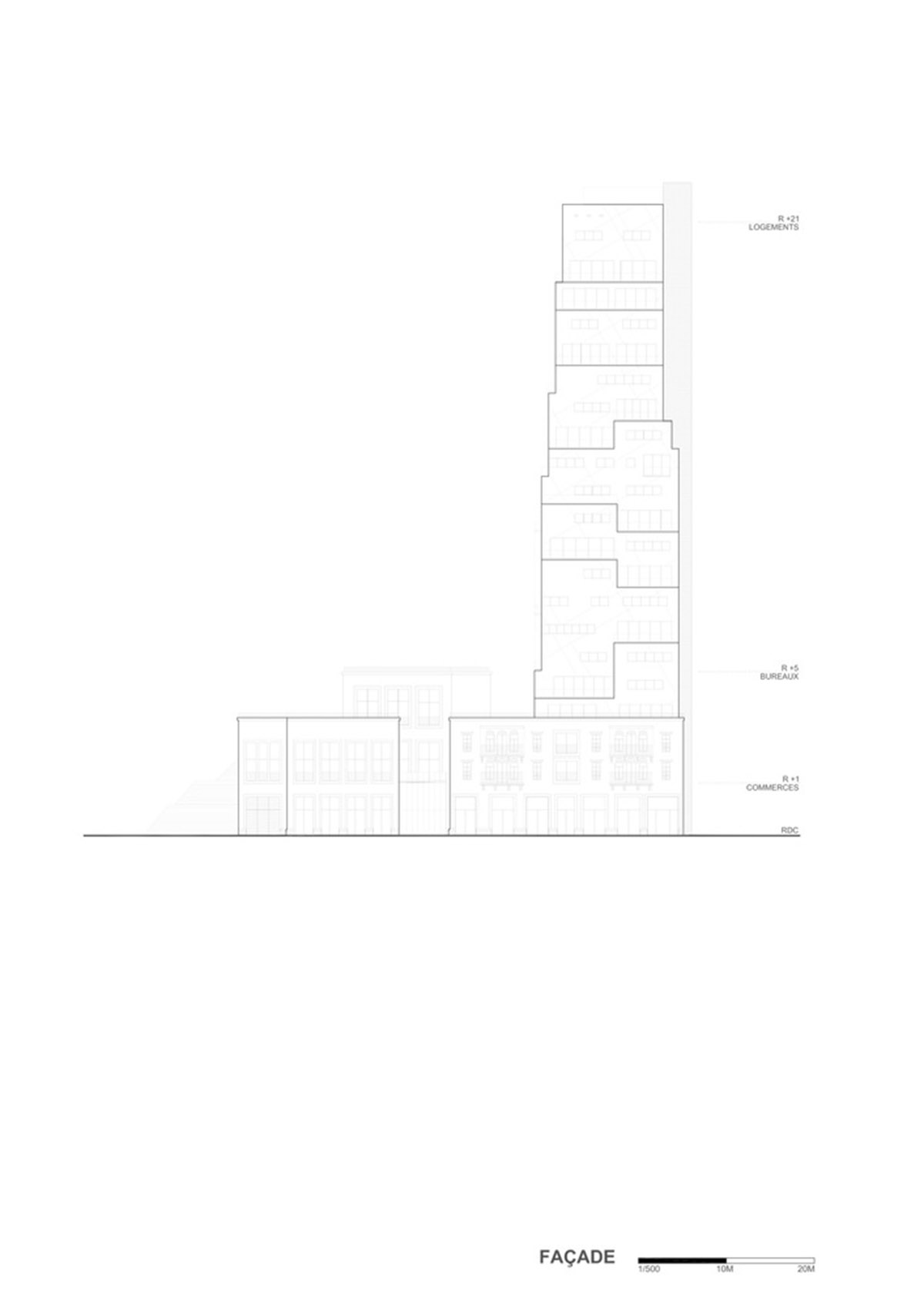