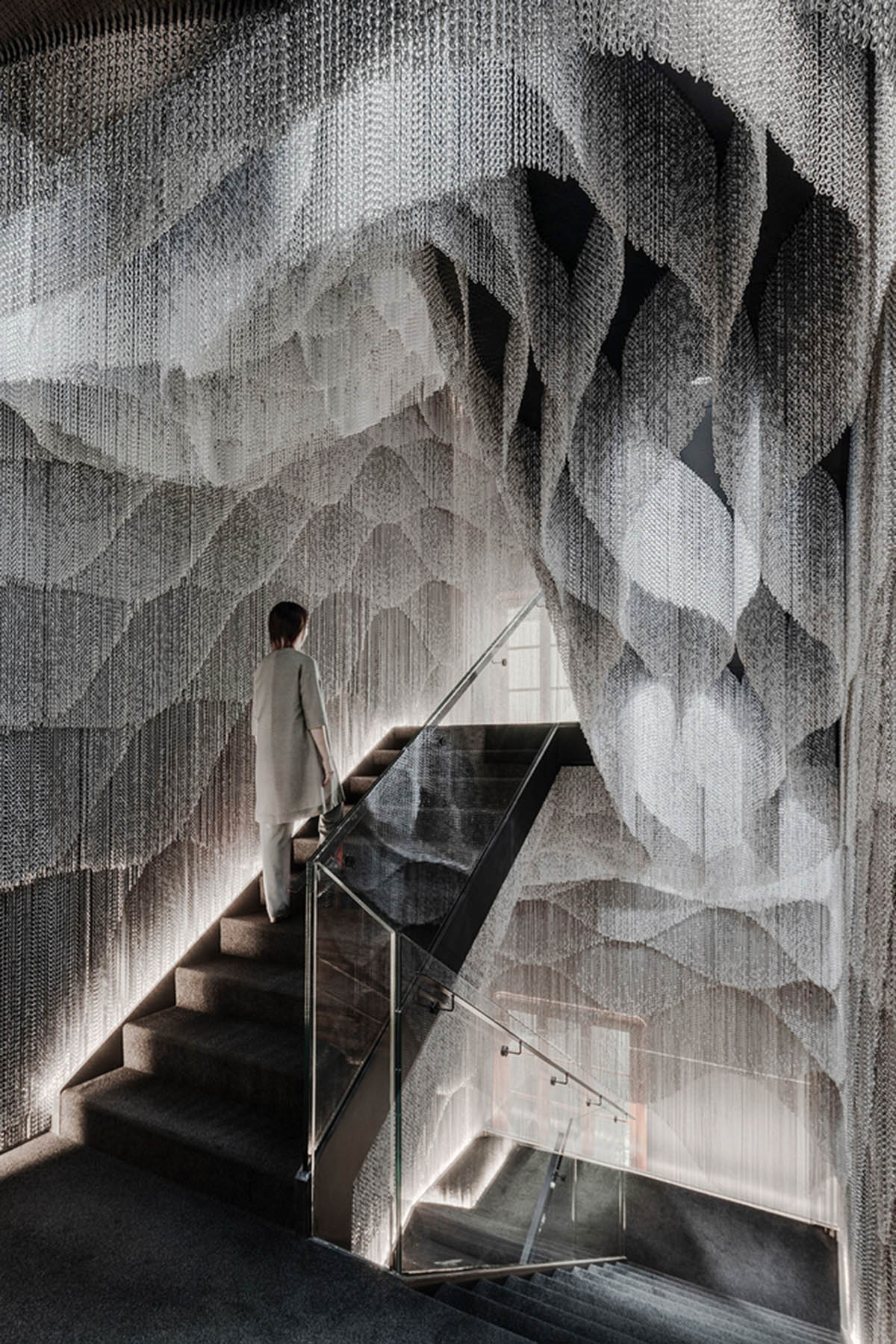 Kengo Kuma and Associates has designed a metal curtain that features sculptural form and shades of grey at the atrium of Casa Batlló designed by Antoni Gaudí in 1904 in the heart of Barcelona, Spain.

Kuma's design brings a new atmosphere to the interior of Casa Batlló and was completed as part of renovation plans of the house. The design is made of 164,000 metres of aluminium chains that create a wavy form and sculptural appearance.

The design pays homage to the light of the Mediterranean and plays with light, shadow, and colors of the sky and sea. The studio wanted to capture Mediterranean light in the central courtyard and distribute it vertically to all the corners of the house, no matter how remote they are. 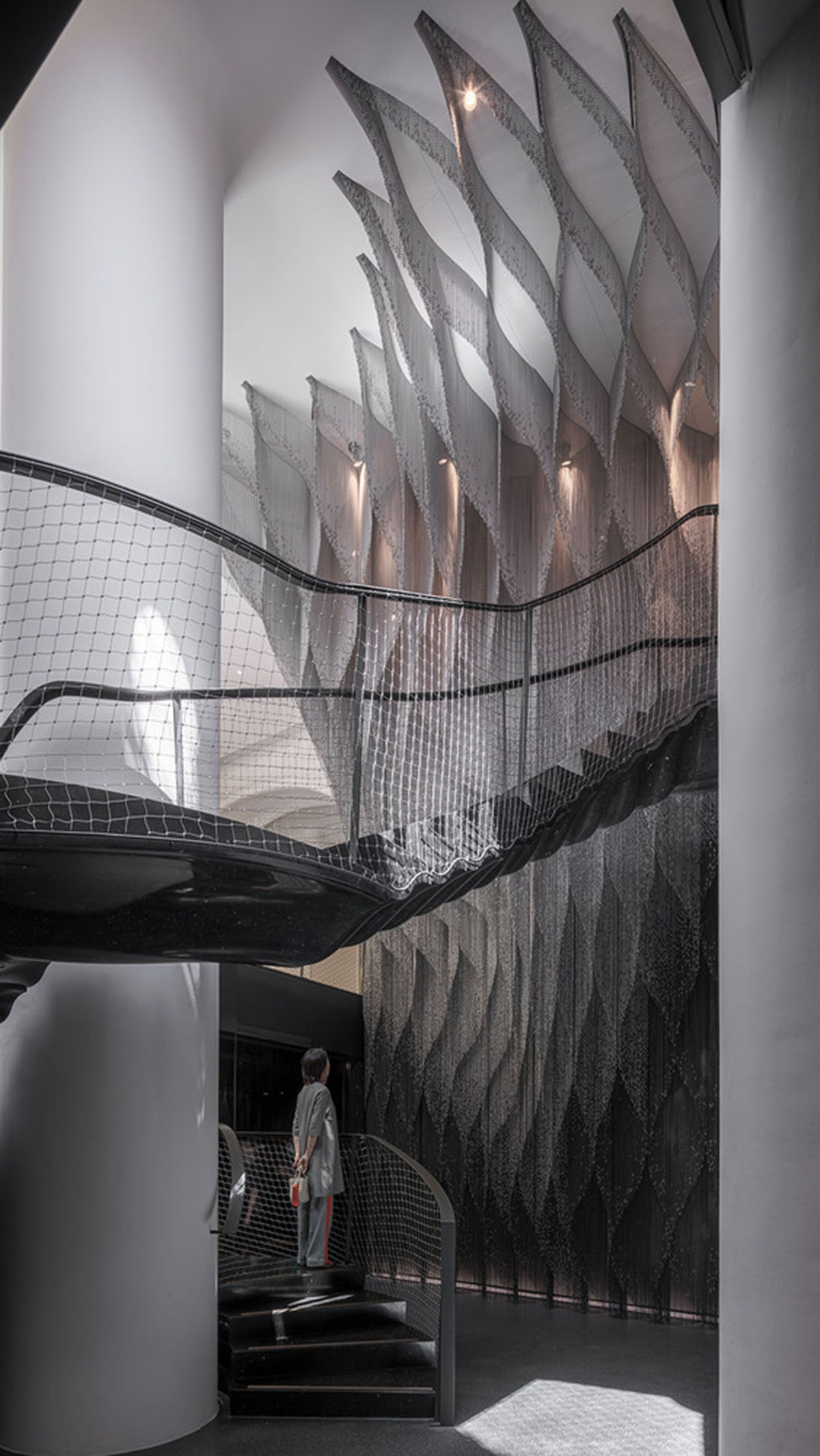 The curtain has a color gradation changing from darker to lighter blue and doses the light in its vertical travel and makes sure it does not lose its pigments.

"In our project we wanted to talk about that genius use of light; making sure every single visitor leaves Casa Batlló having appreciated such qualities, independently of the admiration towards its incredible shapes, craftsmanship, and symbolic allu­sions," said Kengo Kuma and Associates.

"And we wanted to do it in an abstract way. Through this abstraction, free of the colors, materials, and historical dimen­sion of the house, we talk without distractions and nostalgia about the concept of light." 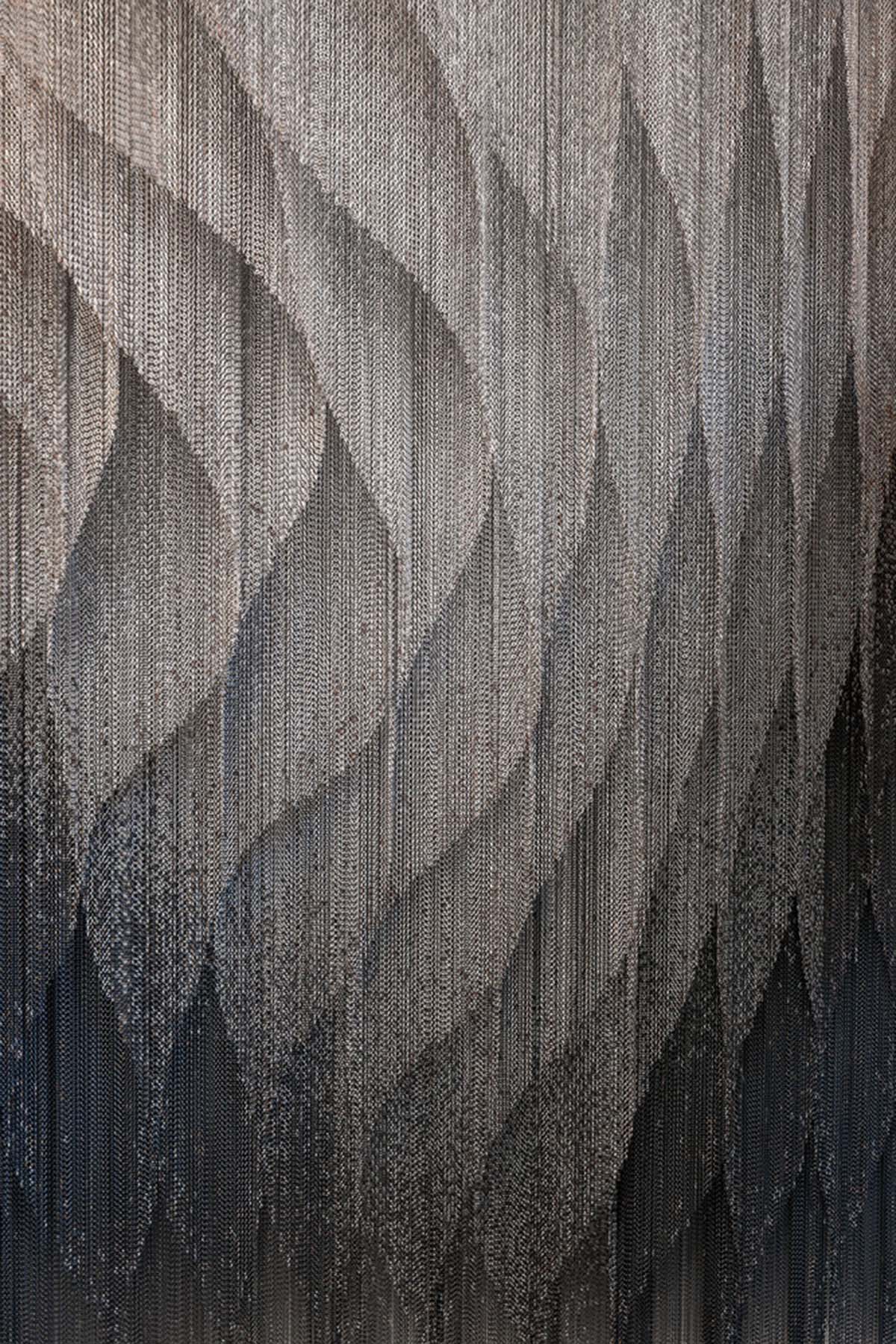 The studio envisioned the interior with the existing emergency stair, that also had to be transited by every single visitor of Casa Batlló, appeared as a very difficult challenge to address.

"It was by relating the vertical development of this stair with the presence of the central patio, both piercing the house from top to bot­tom and organizing the main fluxes of the visit, that we saw the possibility to establish a dialog between them," the studio added.

This space the studio has designed for the stair poses a reflection and a dialog with the patio of Casa Batlló. 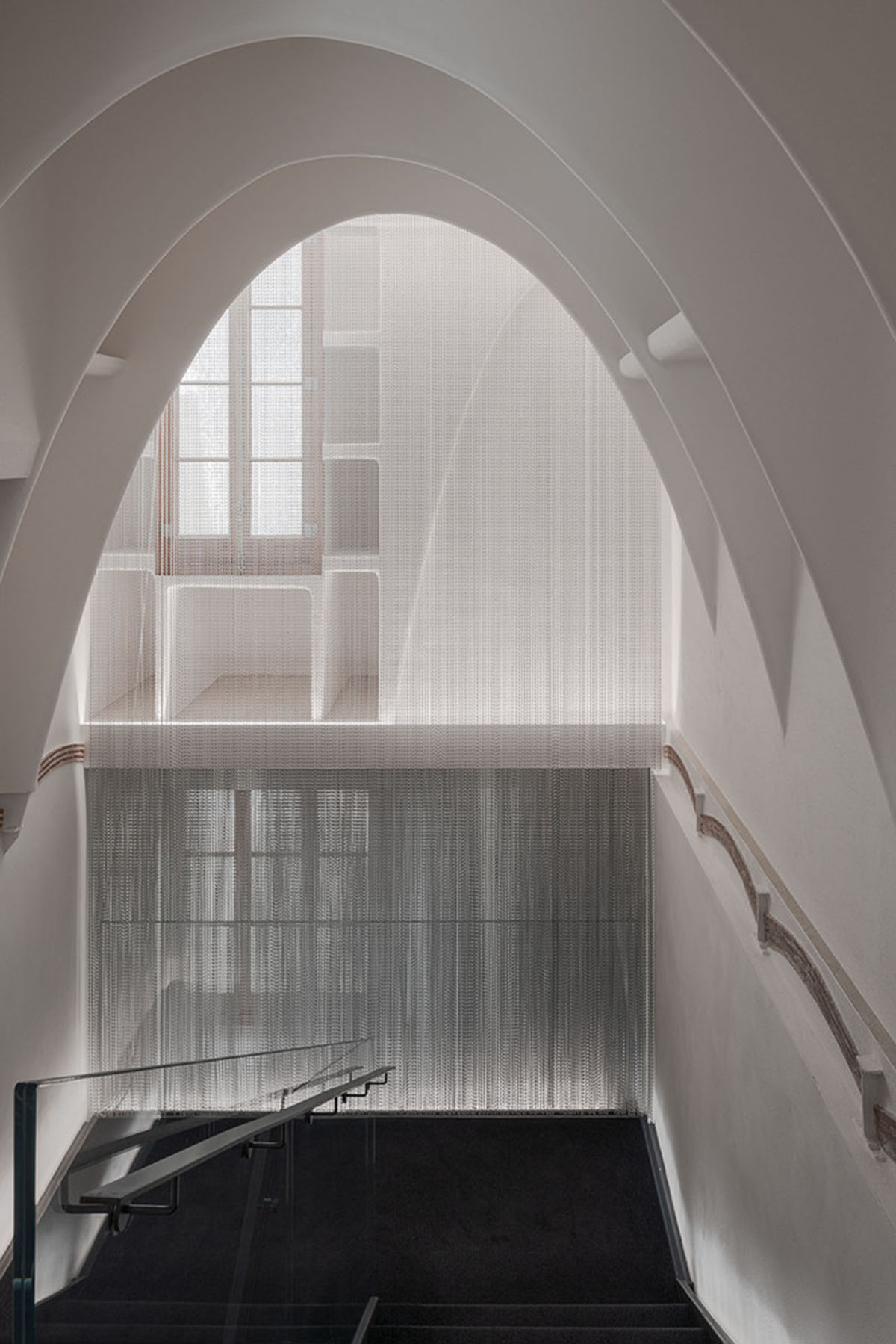 "How to talk about light in an enclosed box with almost no openings for natural light? We have imagined this space dressed in aluminum chain cur­tains, that through its meticulous materiality catches the light, like fishing nets, presenting it in all its different shapes: shines, silhouettes, shadows… Thus, avoiding the use of any other material and with these curtains erasing the presence of the box and its stair, we achieve talking about light and only light," the firm added. 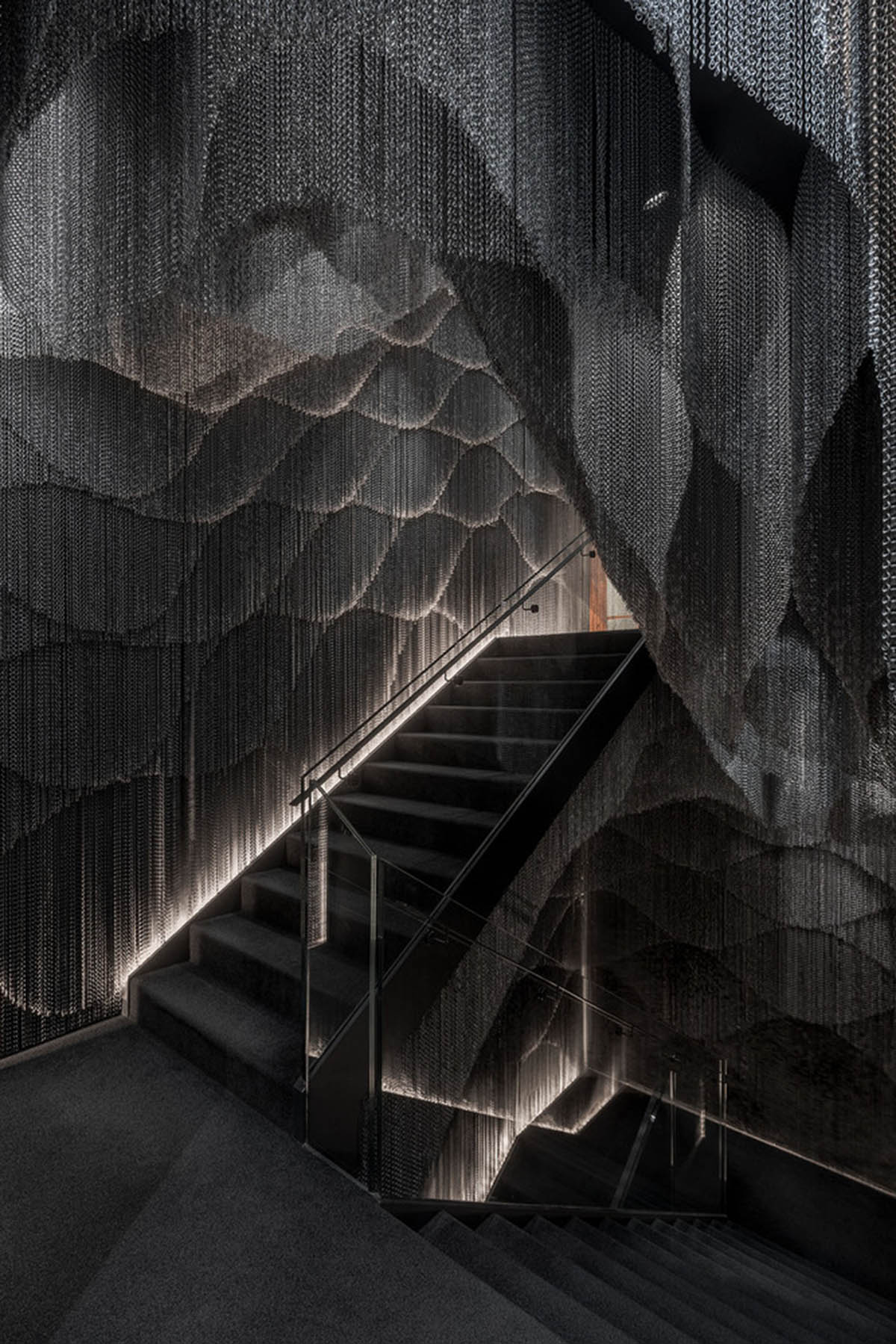 When people move throughout the stair, they are exposed to different shades of the aluminum and the shades are organized starting from brighter on the rooftop and slowly darkening until becom­ing black when reaching the depths of the former coal cellar in the basement. 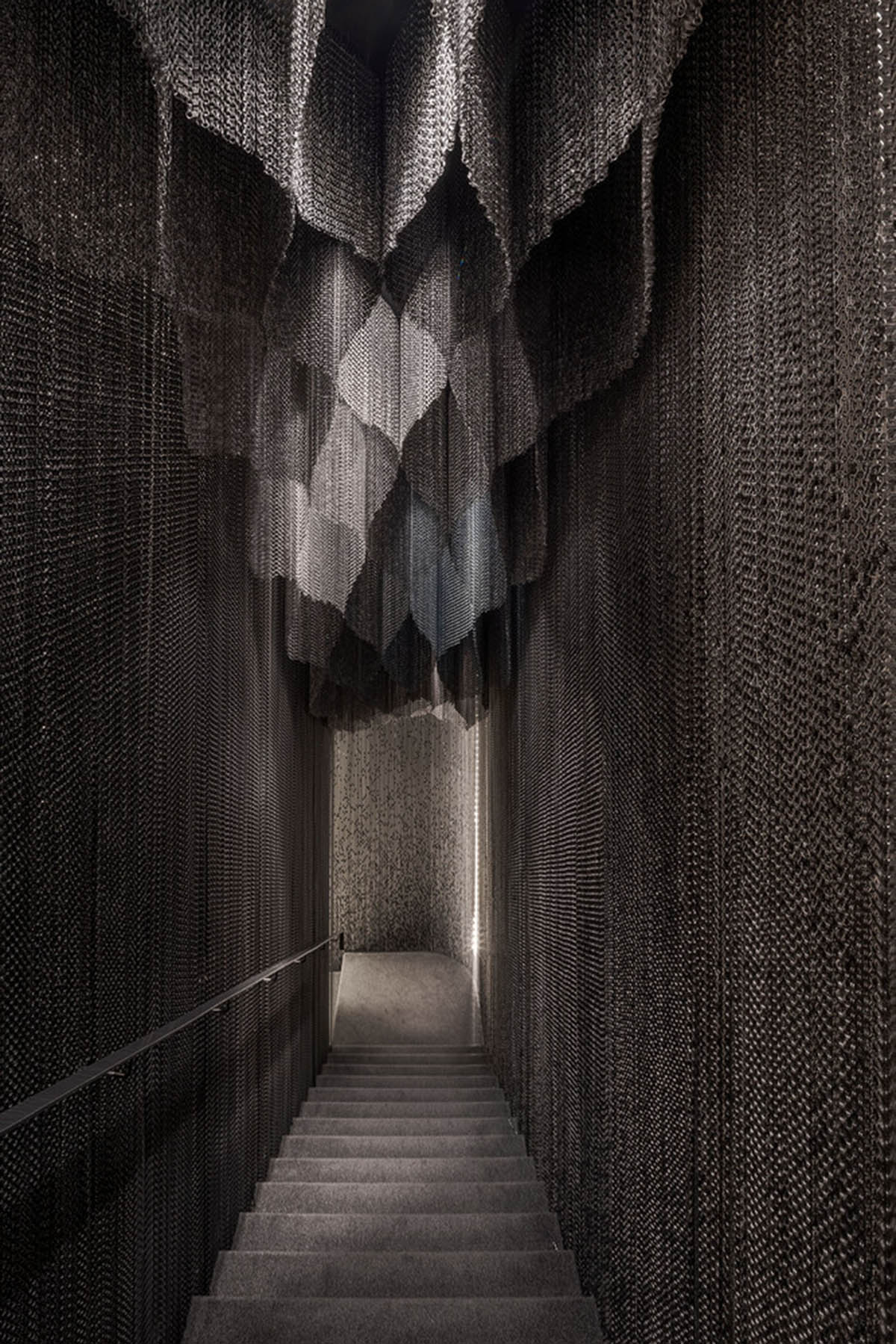 As the studio highlights, this light gradation recalls the use of colour in the patio, and forms "a new grammar without words tells a story that unfolds along the whole route." 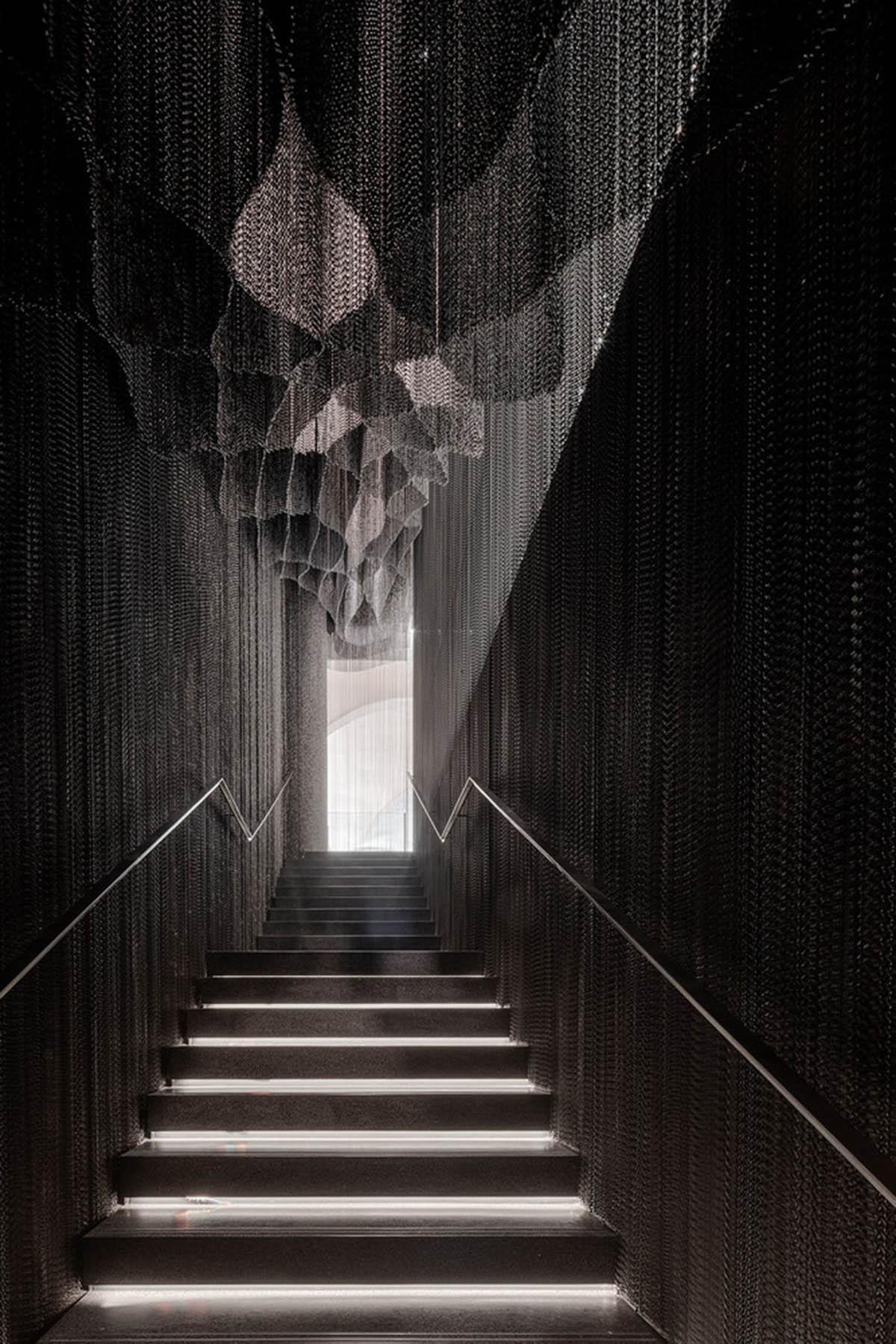 "Starting from the roof and finishing in the basement, from the sky to the ground, from light to shadow… and everything explained just with light, like a new grammar inherent to the house," the studio stated. 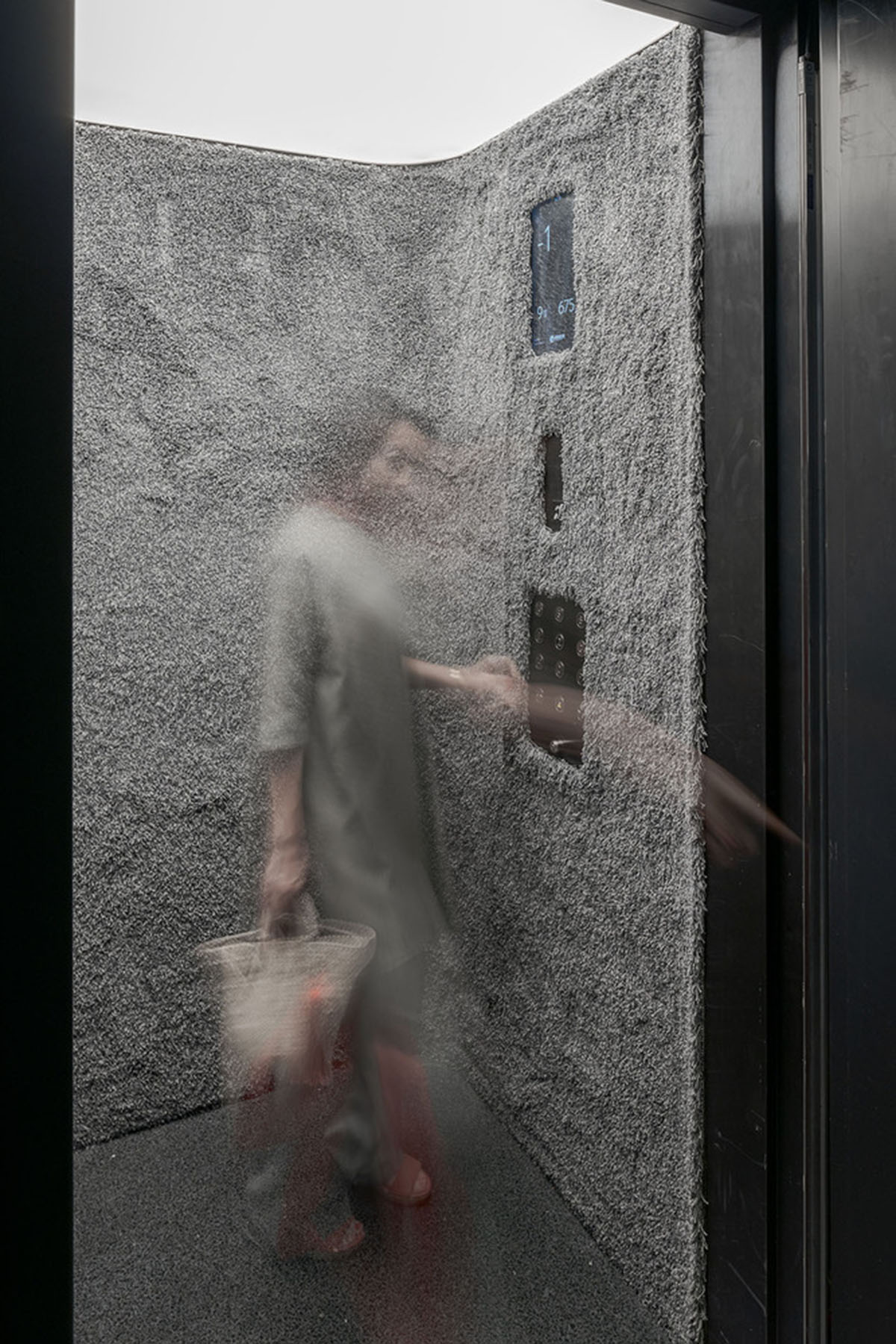 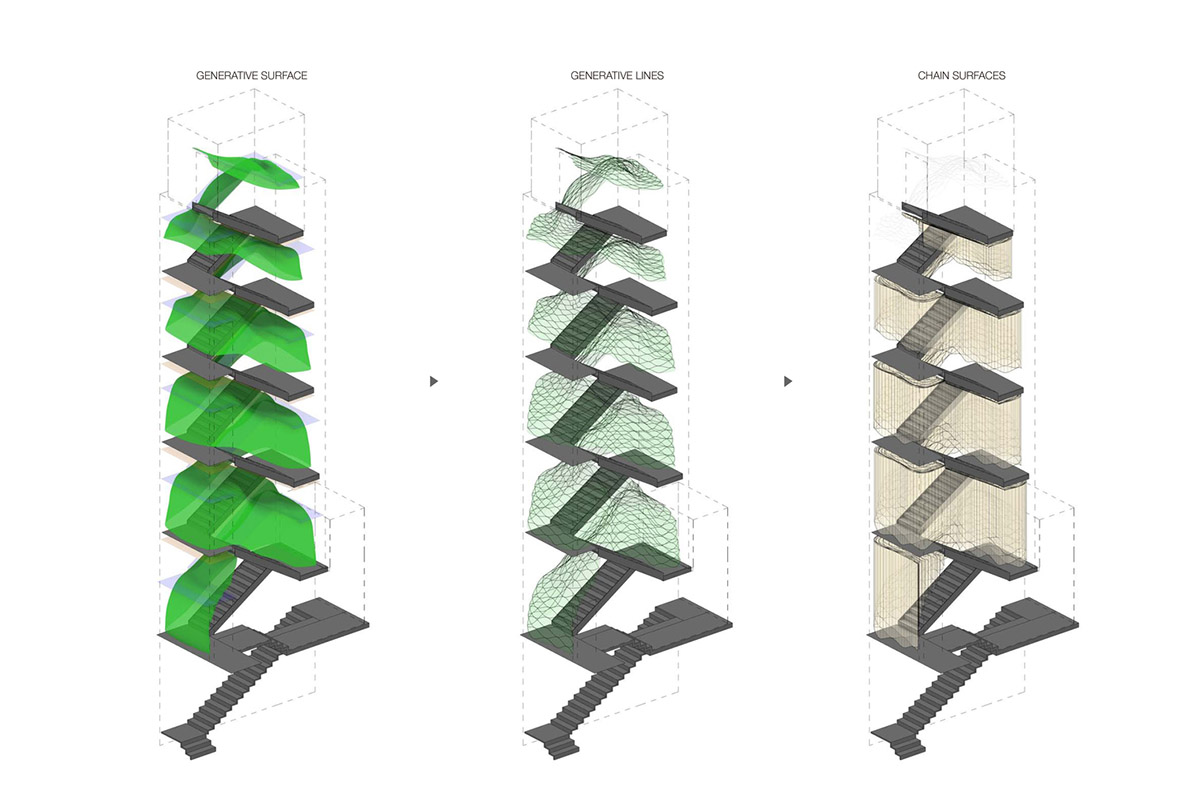 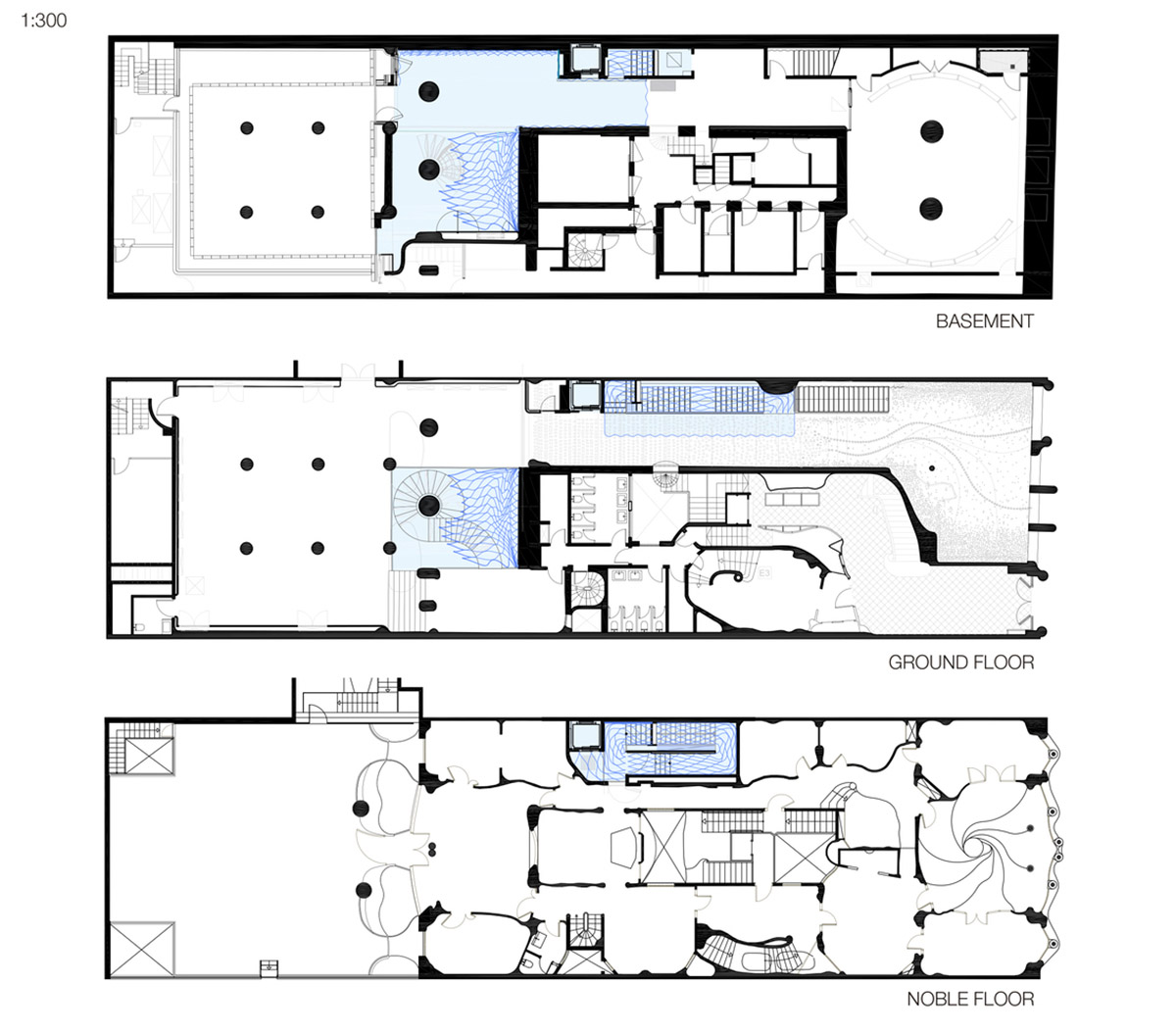 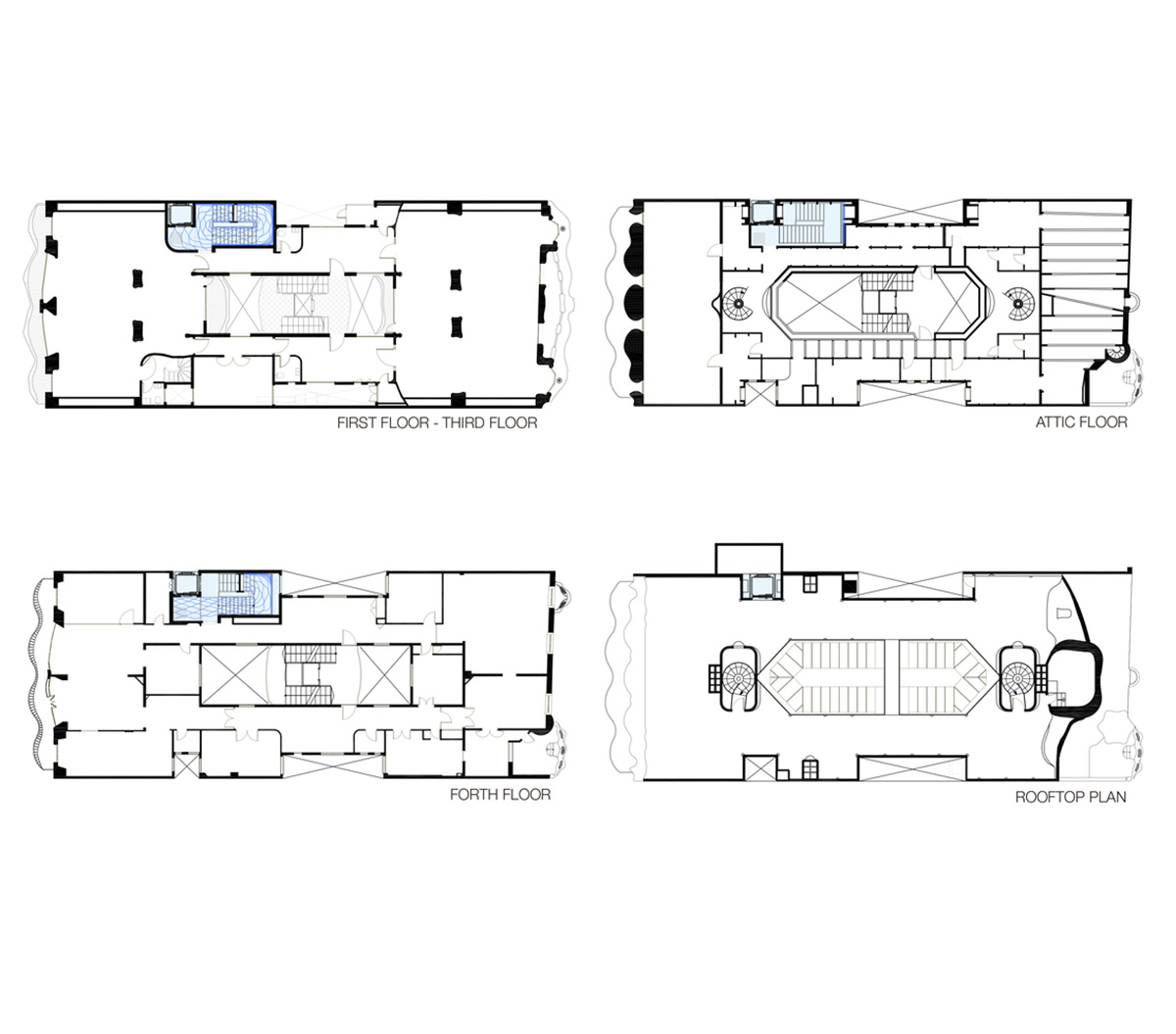 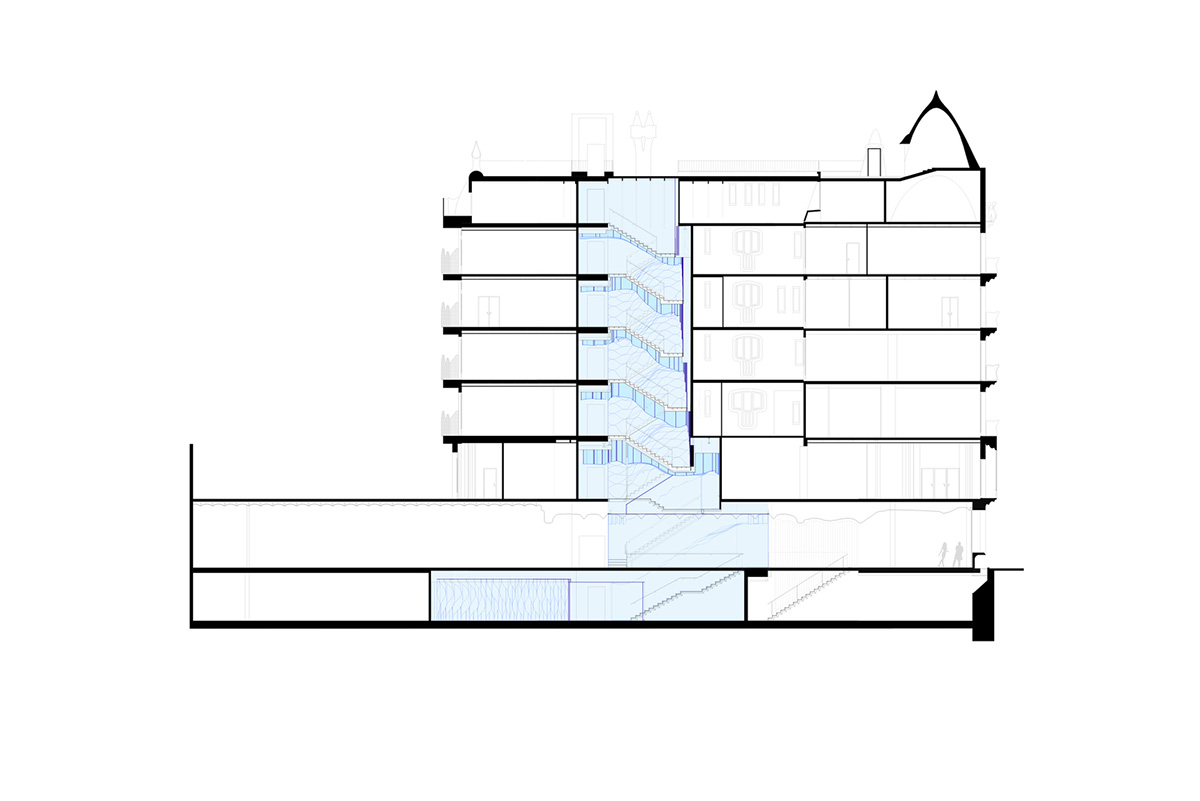 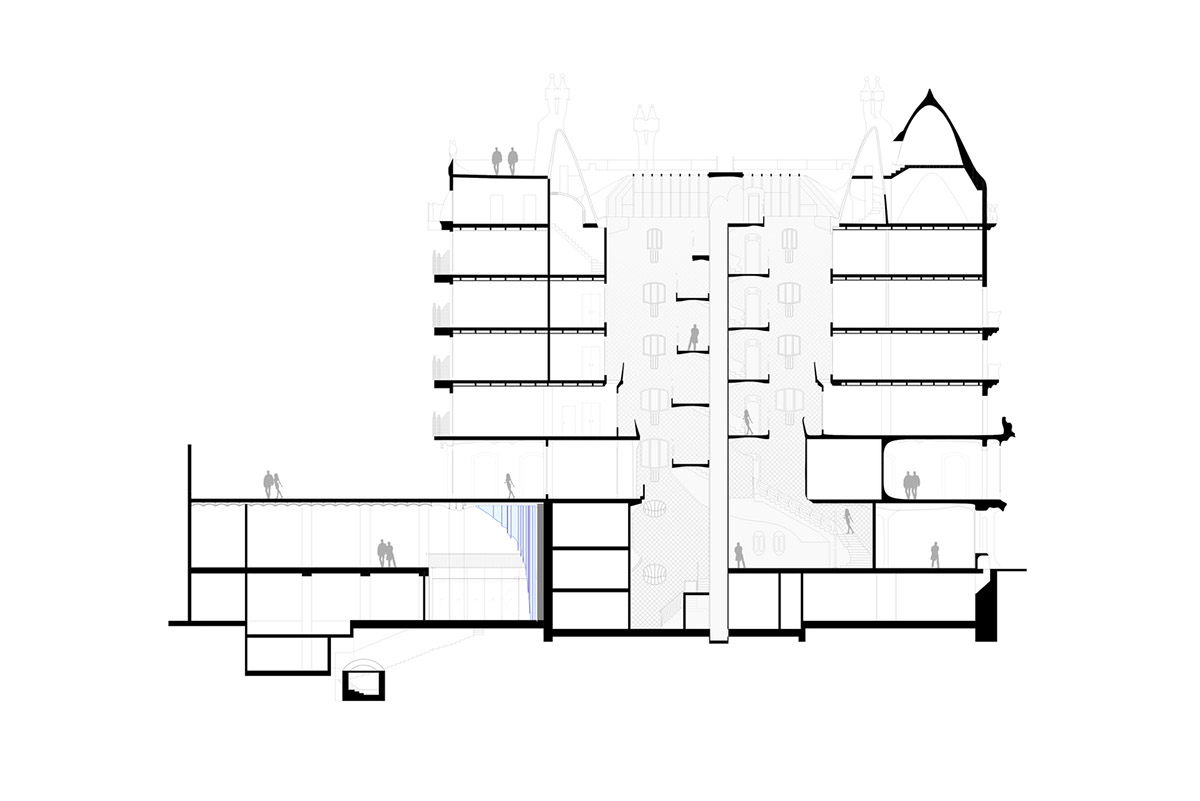 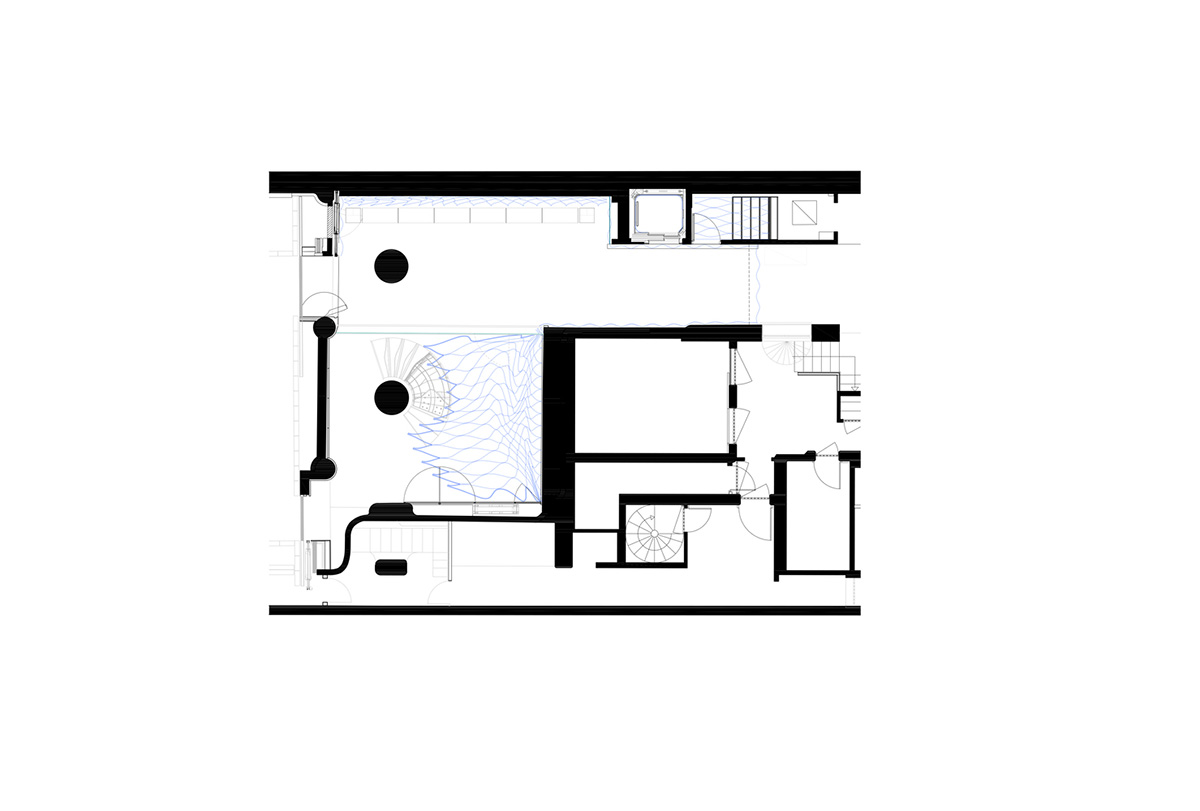 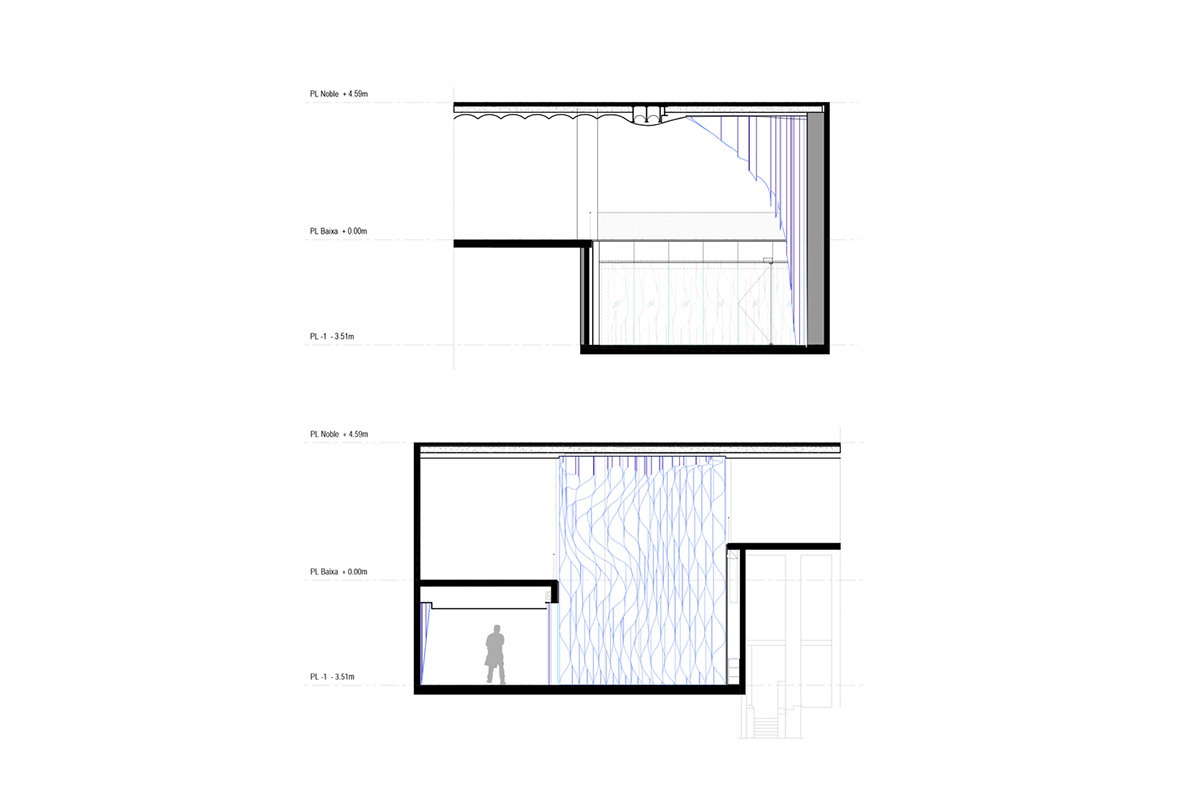 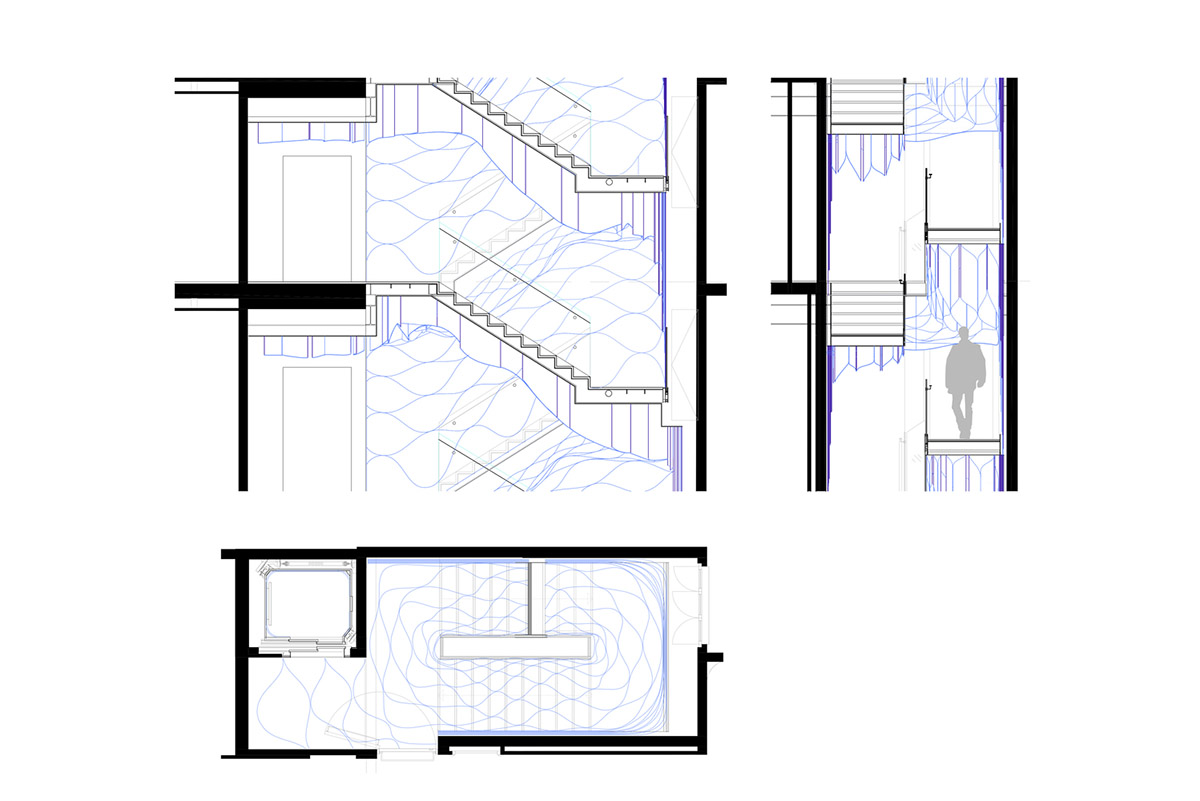