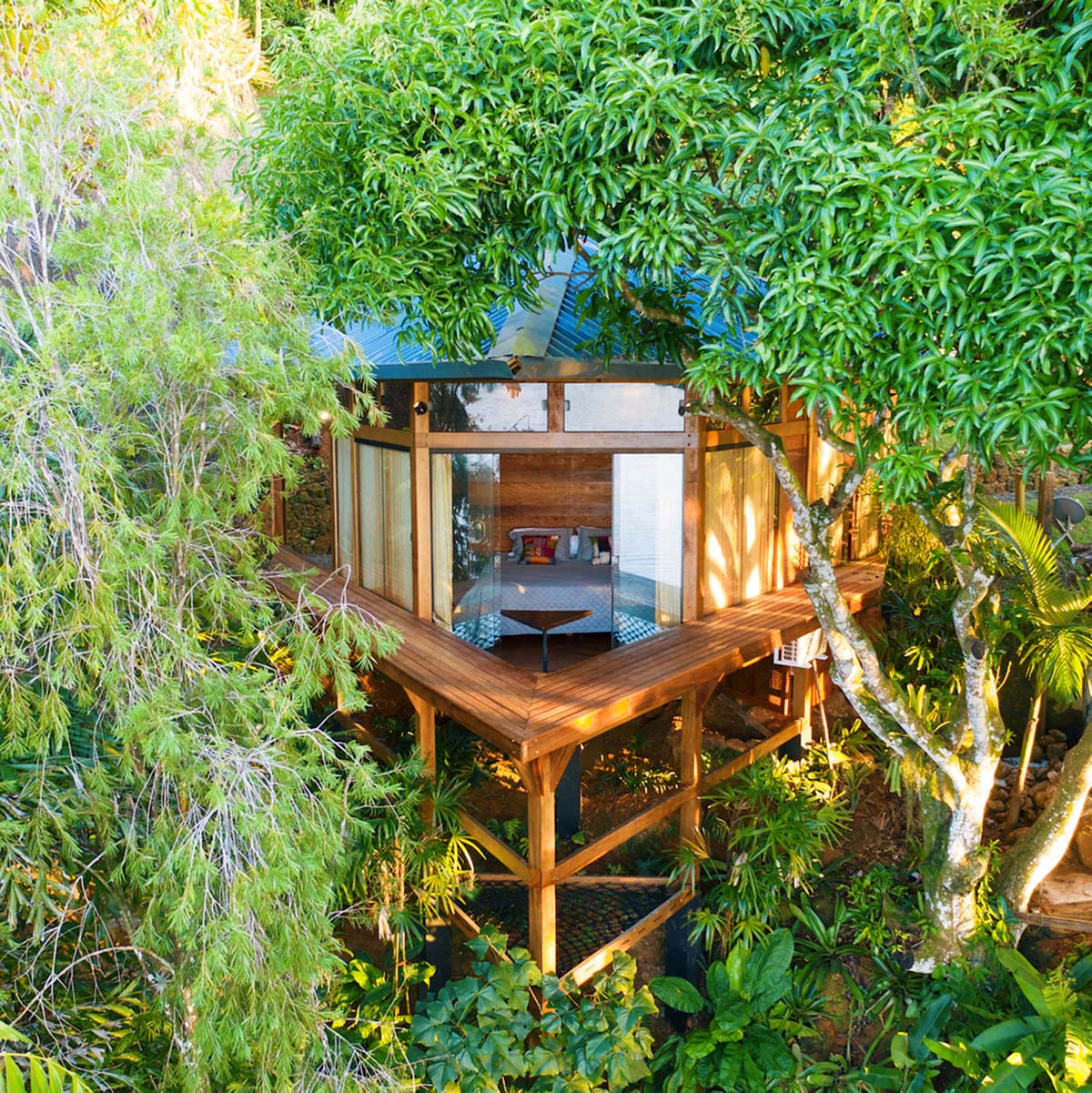 The cabin has a very precise geometry that uses triangle and tetrahedron inspired by Buckminster Fuller's vision, in which he widely explored the tetrahedron system as "the minimum system of the Universe, and it turned out to be, then, Omni-triangulated, and as the studio explained, "we found that structures are always triangulated." 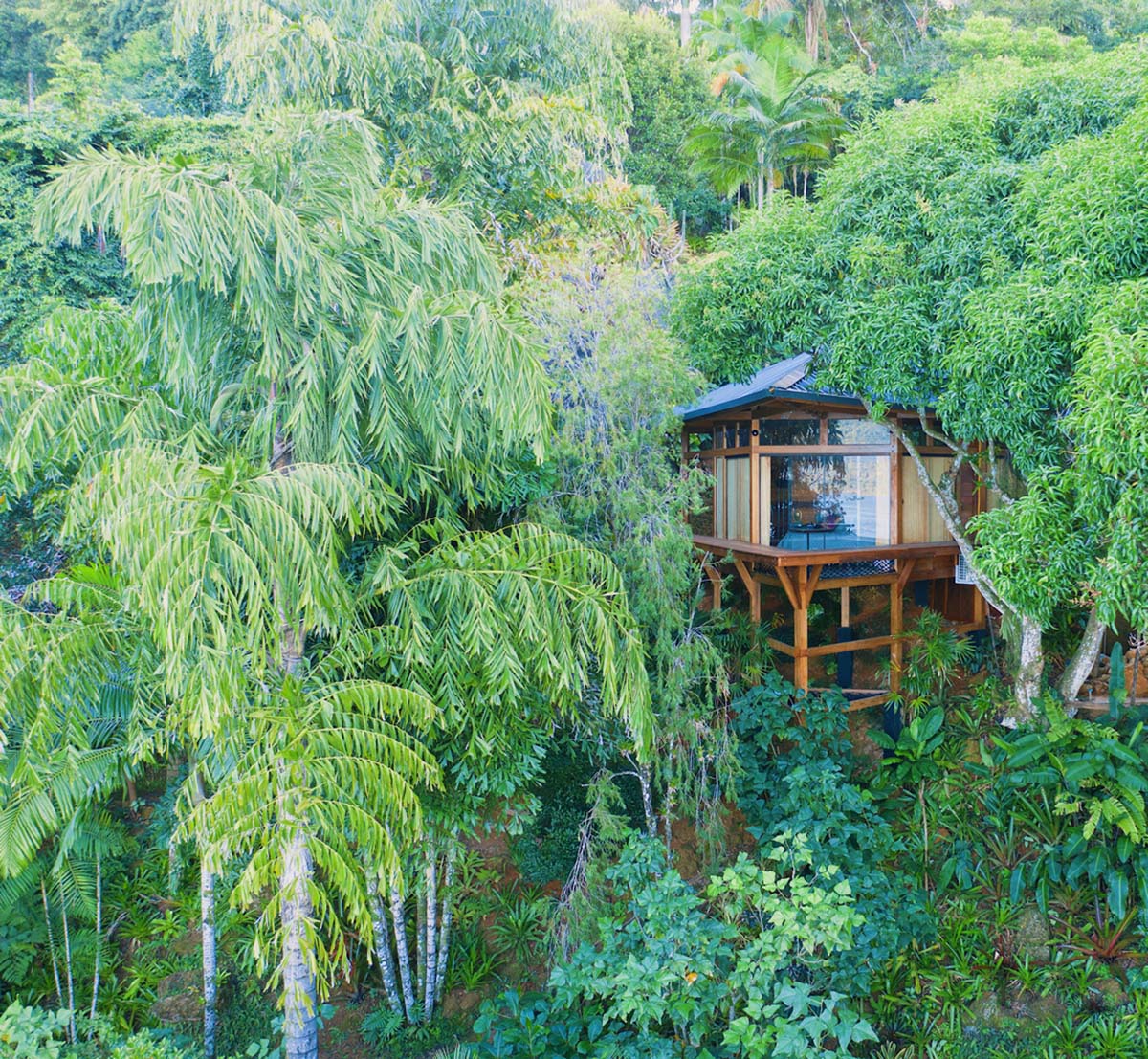 Placed on a triangular base, the tiny cabin includes a bedroom, kitchen and bathroom. The cabin is placed to catch views overlooking the lush forest. 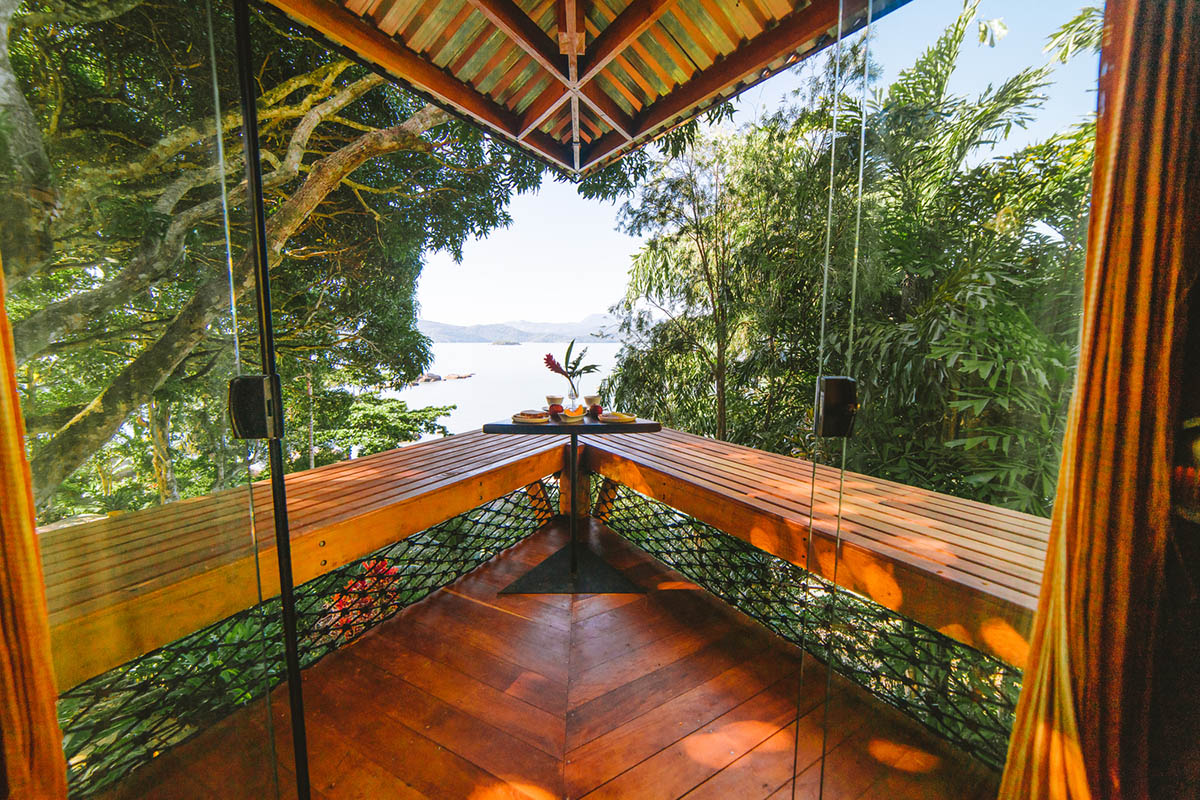 "Ordered structures occur from the intrinsic nature of the constituent particles to form symmetric patterns that repeat along with the principal directions of three-dimensional space in matter," said Atelier Marko Brajovic.

"Triangles and triangulation are the essences of the natural special organization of forces in dynamic equilibrium." 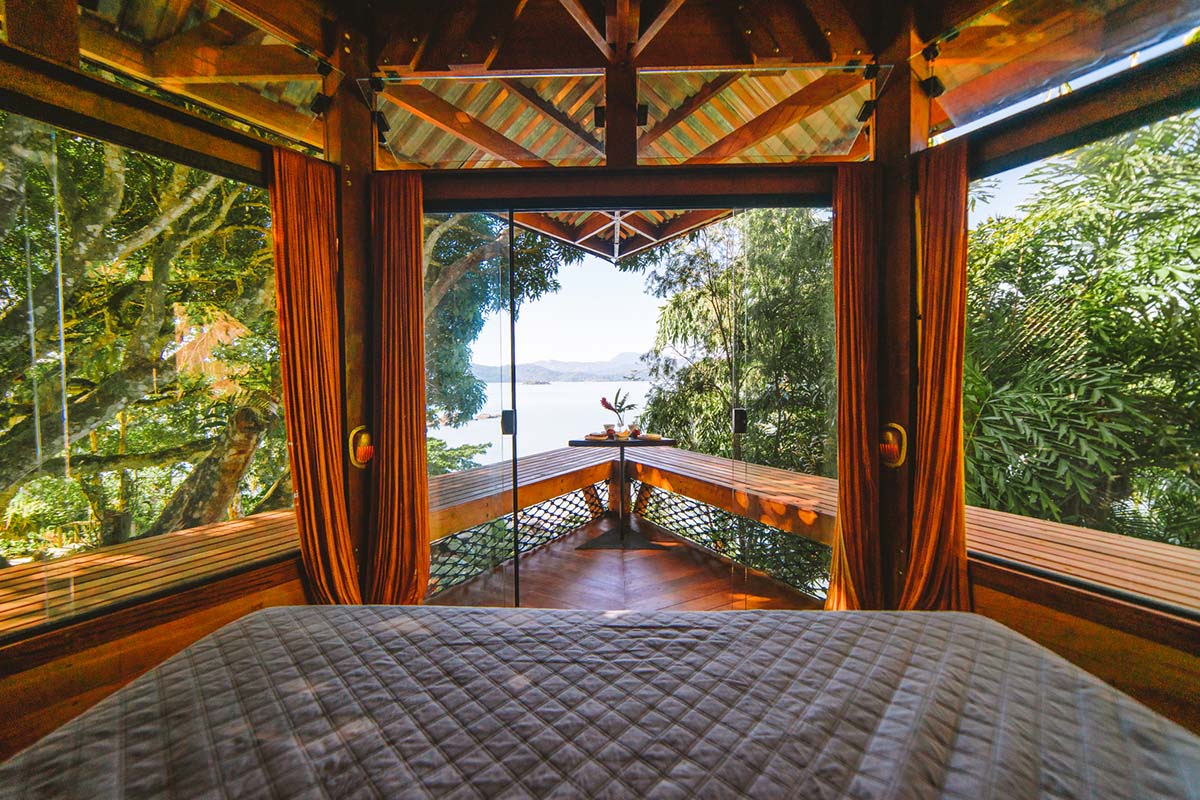 "The tetrahedron (a pyramid shape with four sides, including the base), is the most stable and space-filling structure, in fact, nature's basic simplest structural system."

"A structure meant triangle and triangle meant structure, there were no other stable polygons. Therefore, the tetrahedron turned out to be the minimum structural system of the Universe," added the studio. 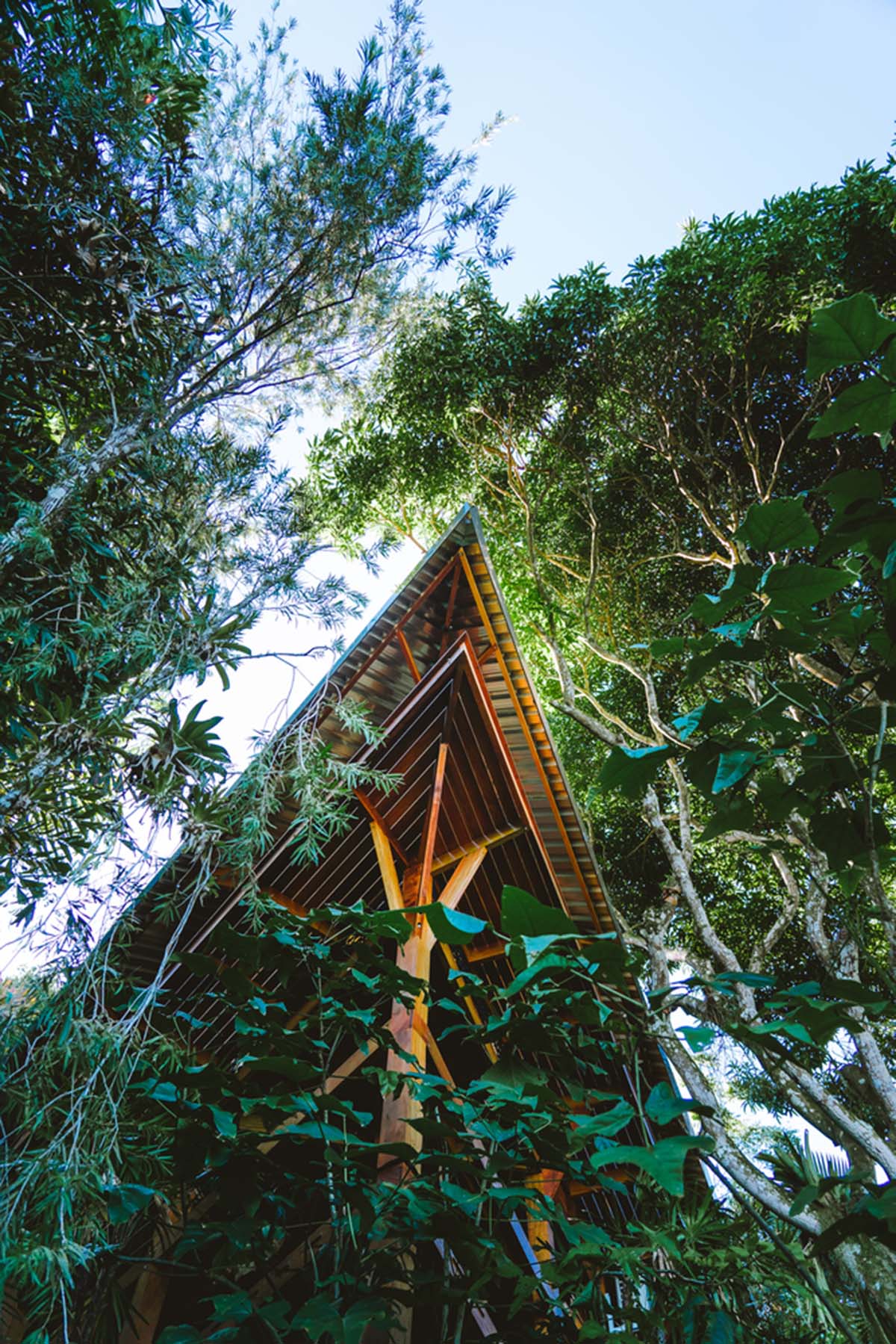 Bow House or Casa Proa in Portuguese is derived from a creative process inspired by triangular modulations on different scales and a treehouse typology.

Drawn with 6x6x6 meters of equilateral triangular volume, the volume was installed at Praia do Rosa beach in Paraty, Brazil, located between a Mango tree, the traditional colonial house, and a major rock, on steep waterfront terrain. 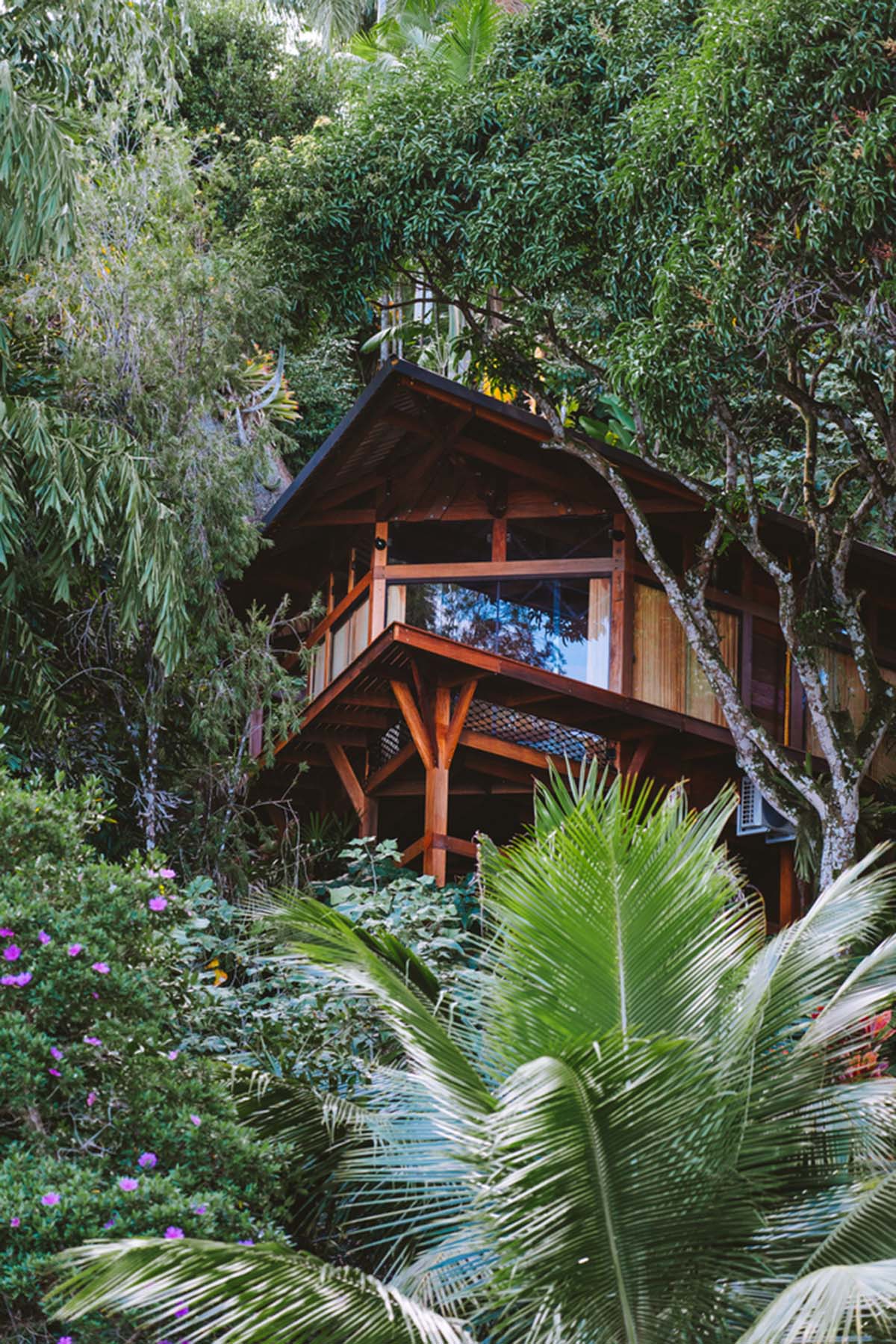 Thanks to its triangular geometry on the floor plan and section, as well on the tetrahedron roof system, the cabin promotes both structural and perceptive strategy.

Conceived as a compact living space modulated in further sub-triangles, the cabin creates a visual pattern as much in the space and finishings. 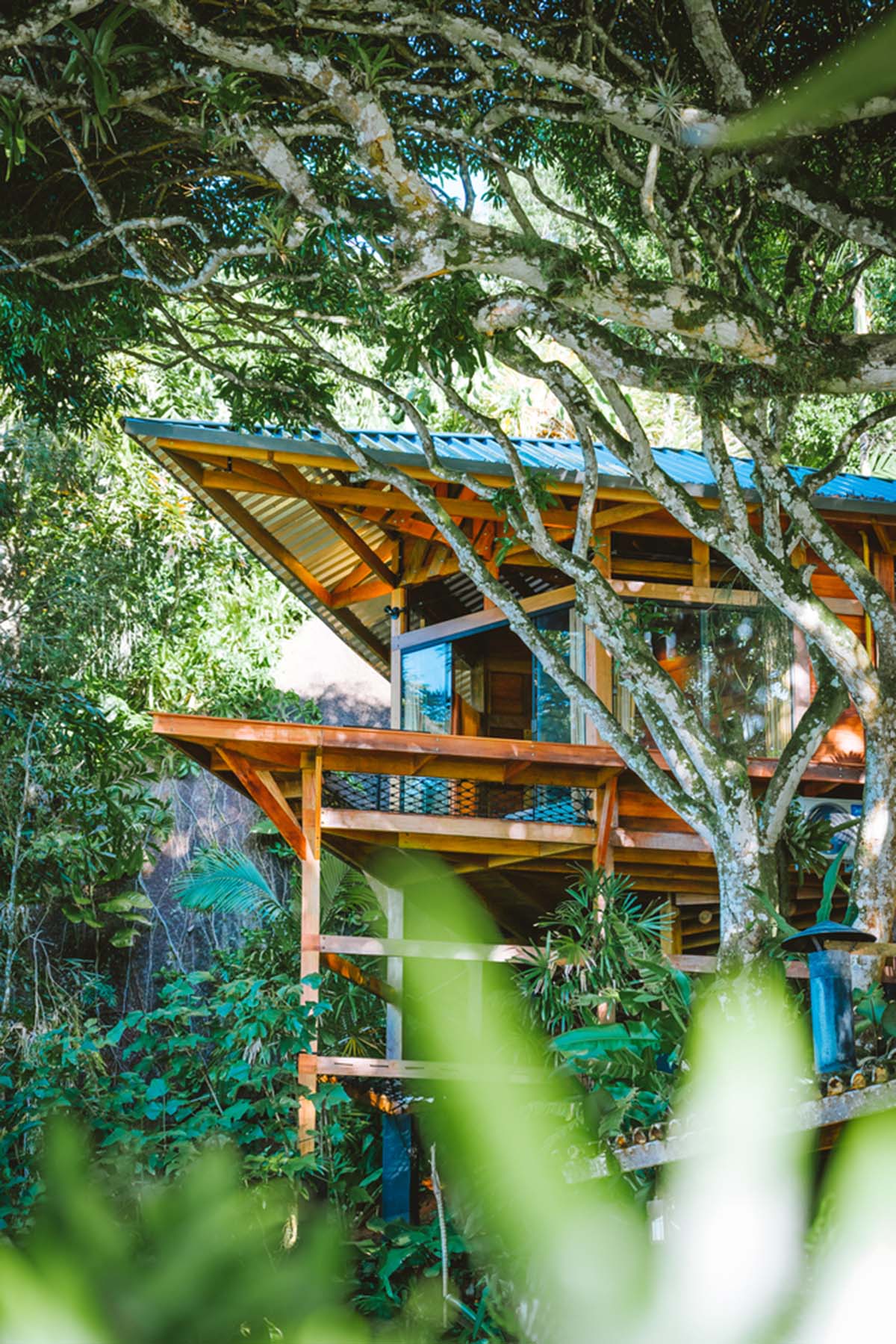 The studio placed the main sleeping room in the center, there is a kitchen behind the bedroom and on side triangles there is the entrance and opposite a bathroom.

In front of the cabin there is a terrace opening as a bow to the sea and generous 1-metre wide branches are wrapping the two sides of the house. 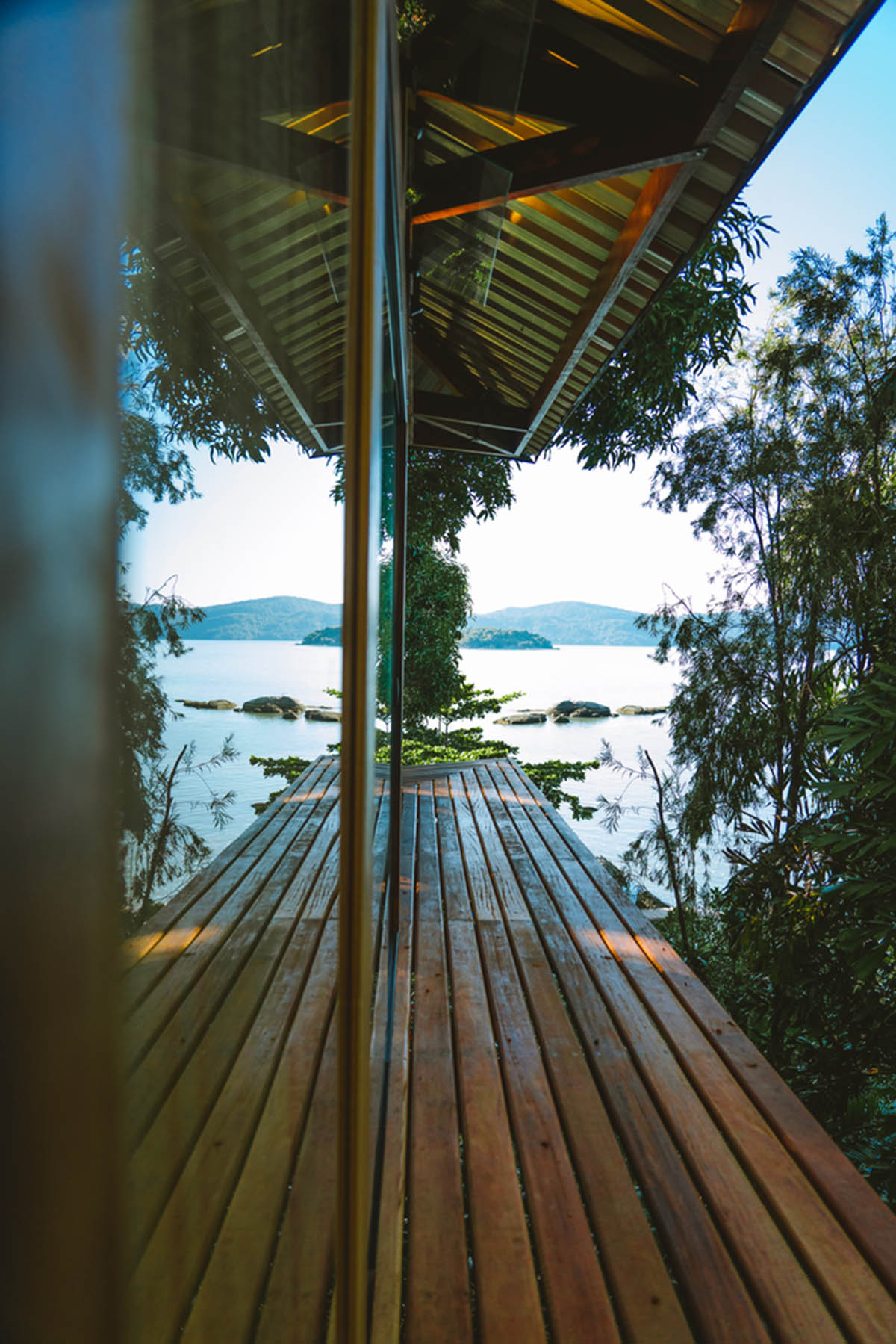 Since the geometry of the cabin is well-defined, the furniture was designed specifically for the cabin. For instance, the curtains were made out of local shrimp fishing nets and wall lamps developed from traditional bronze boat drains. 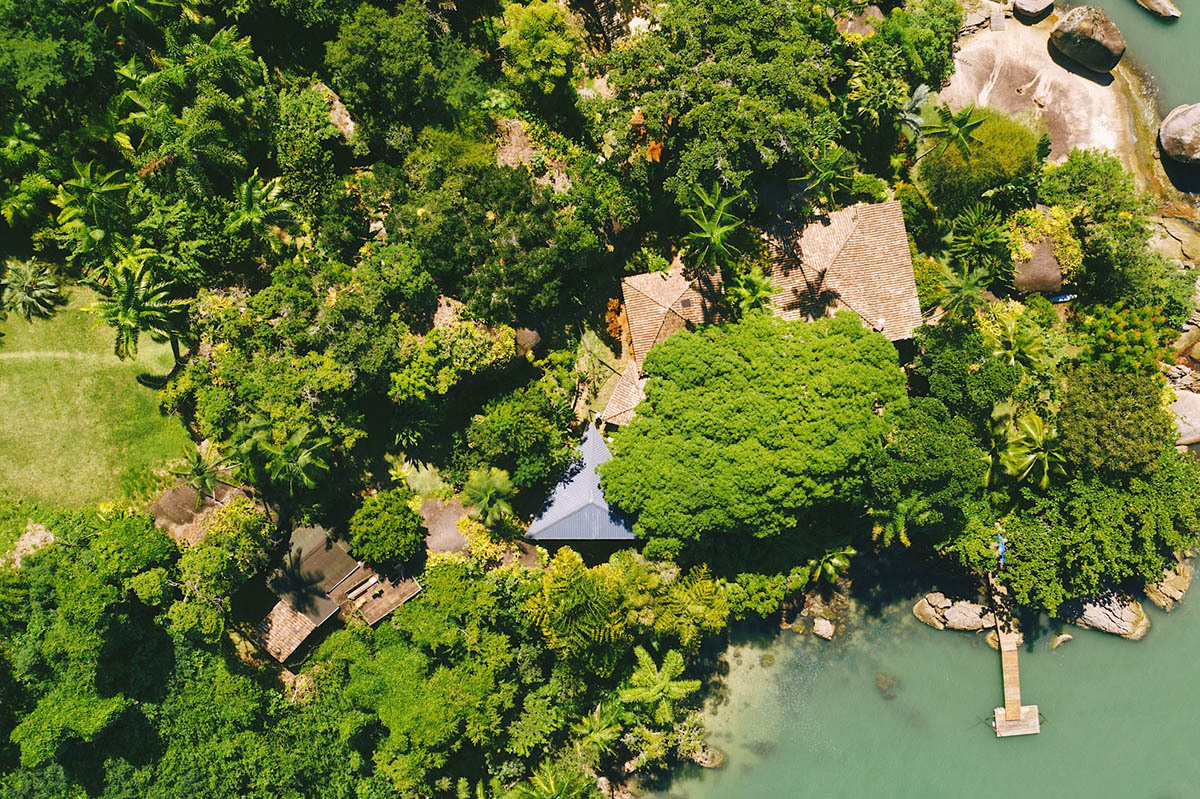 The house was built on extended pillars that look like a “branching system”, the cabin visually behaves like a tree and practically floats on the tropical plants' landscape with access to a private beach. 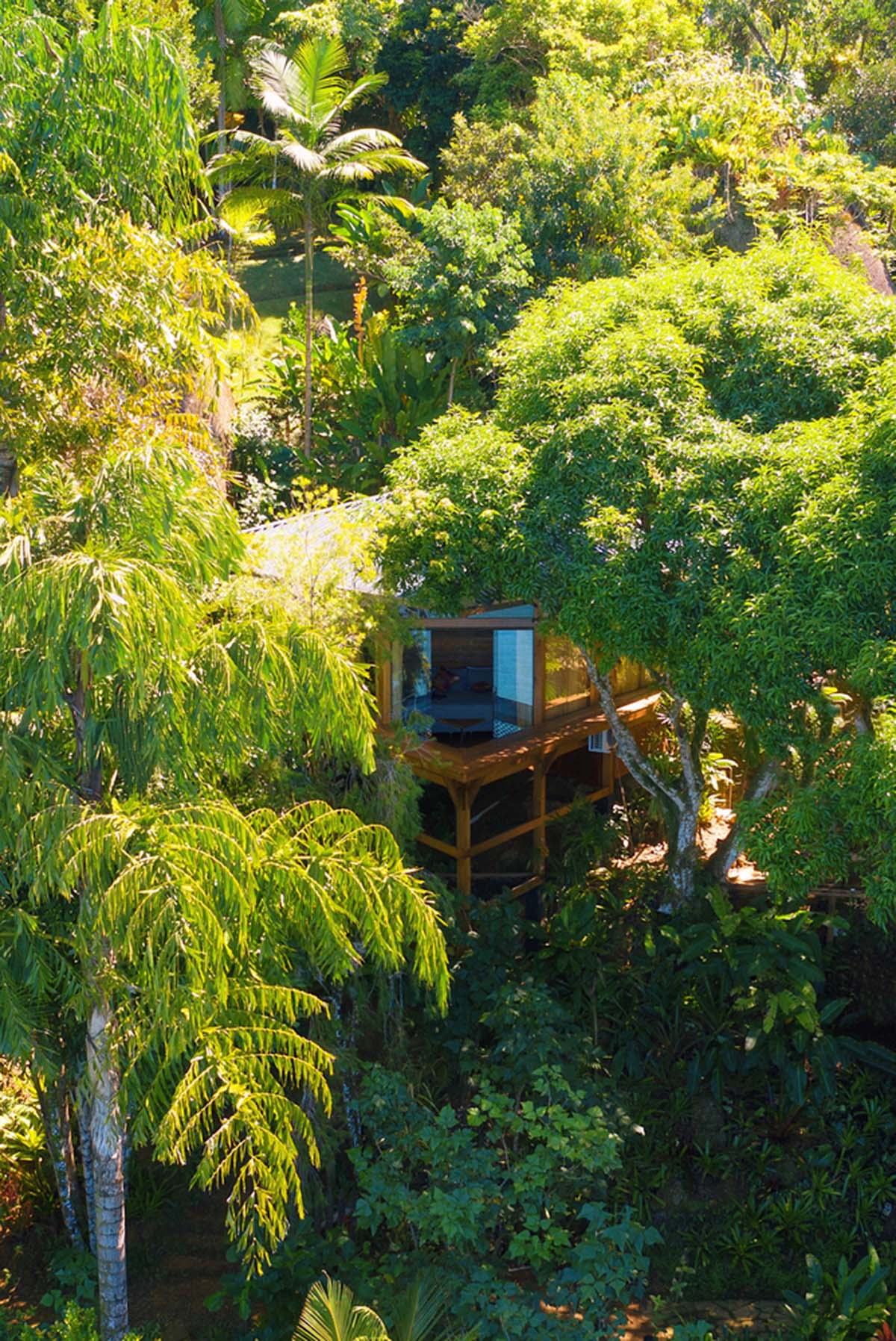 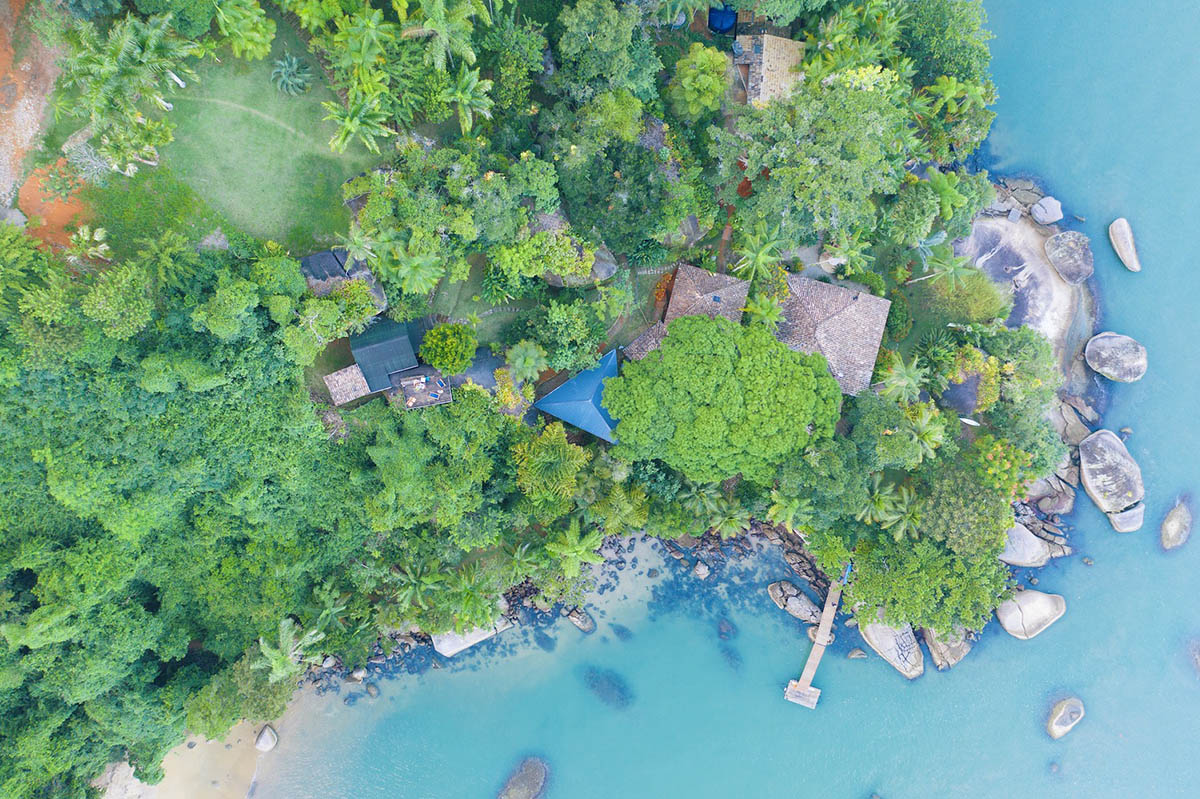 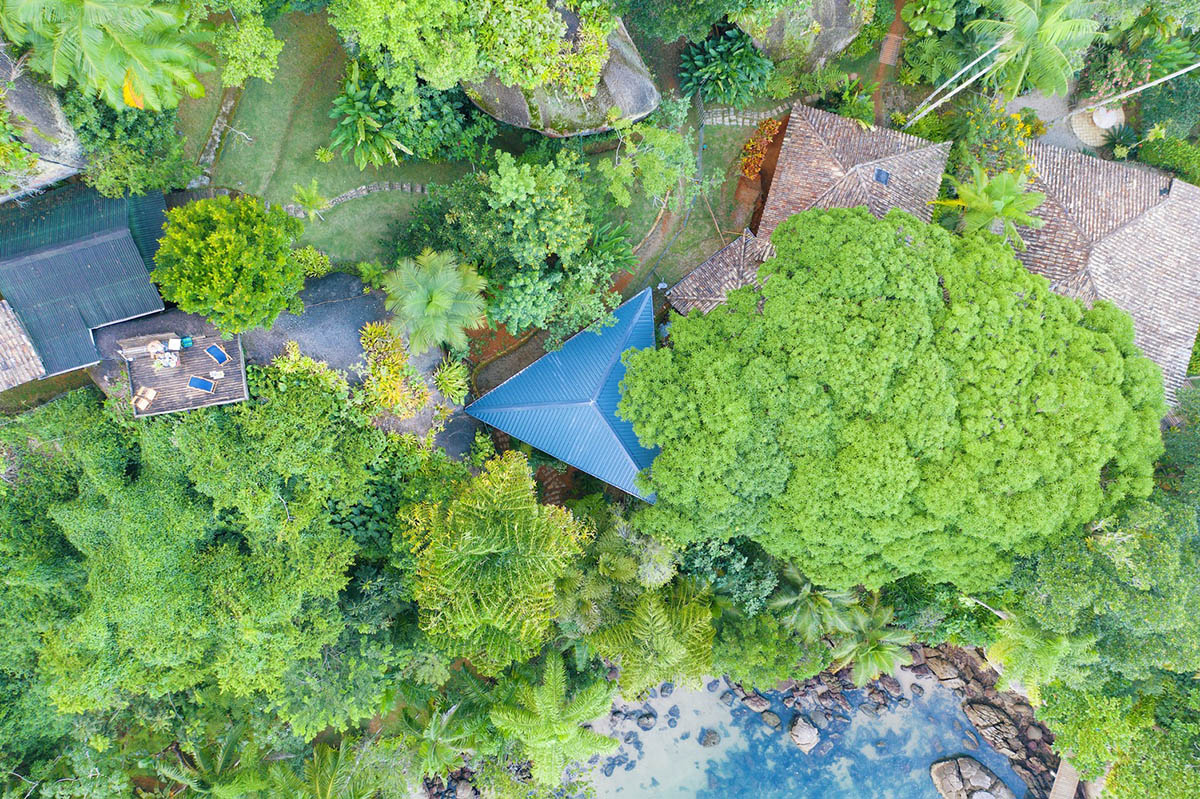 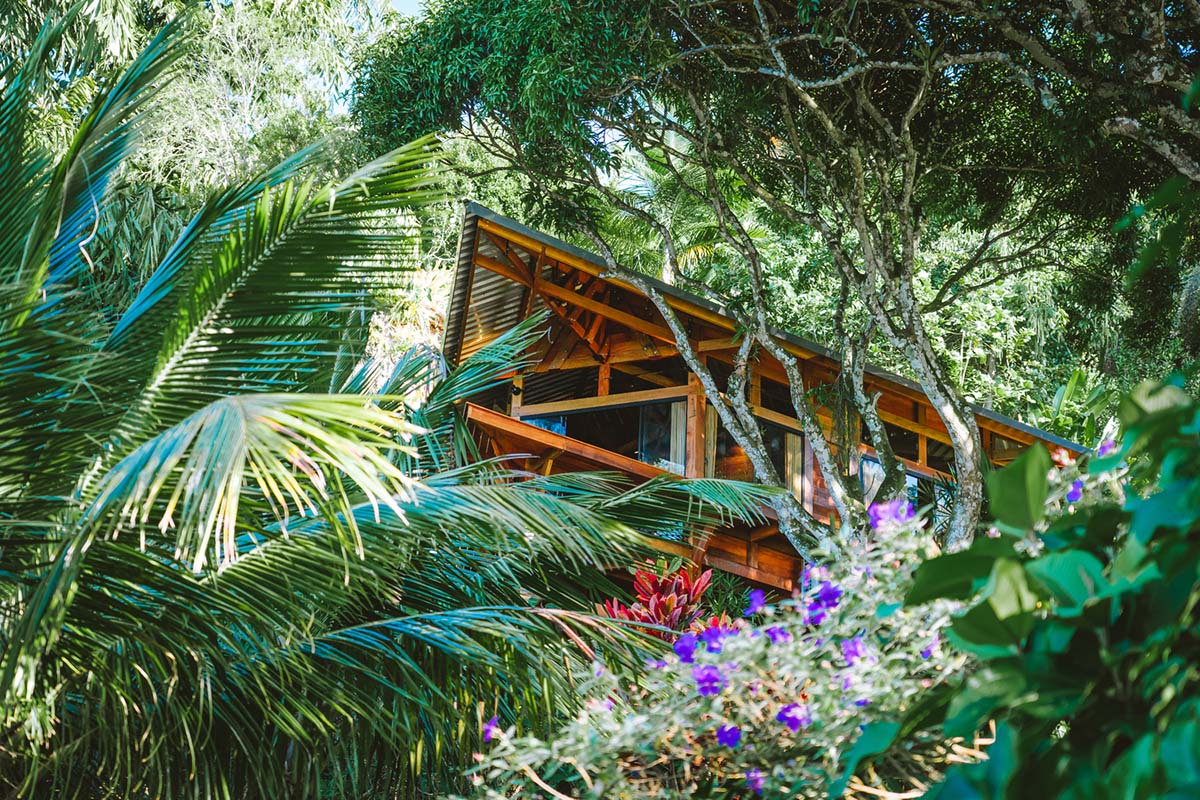 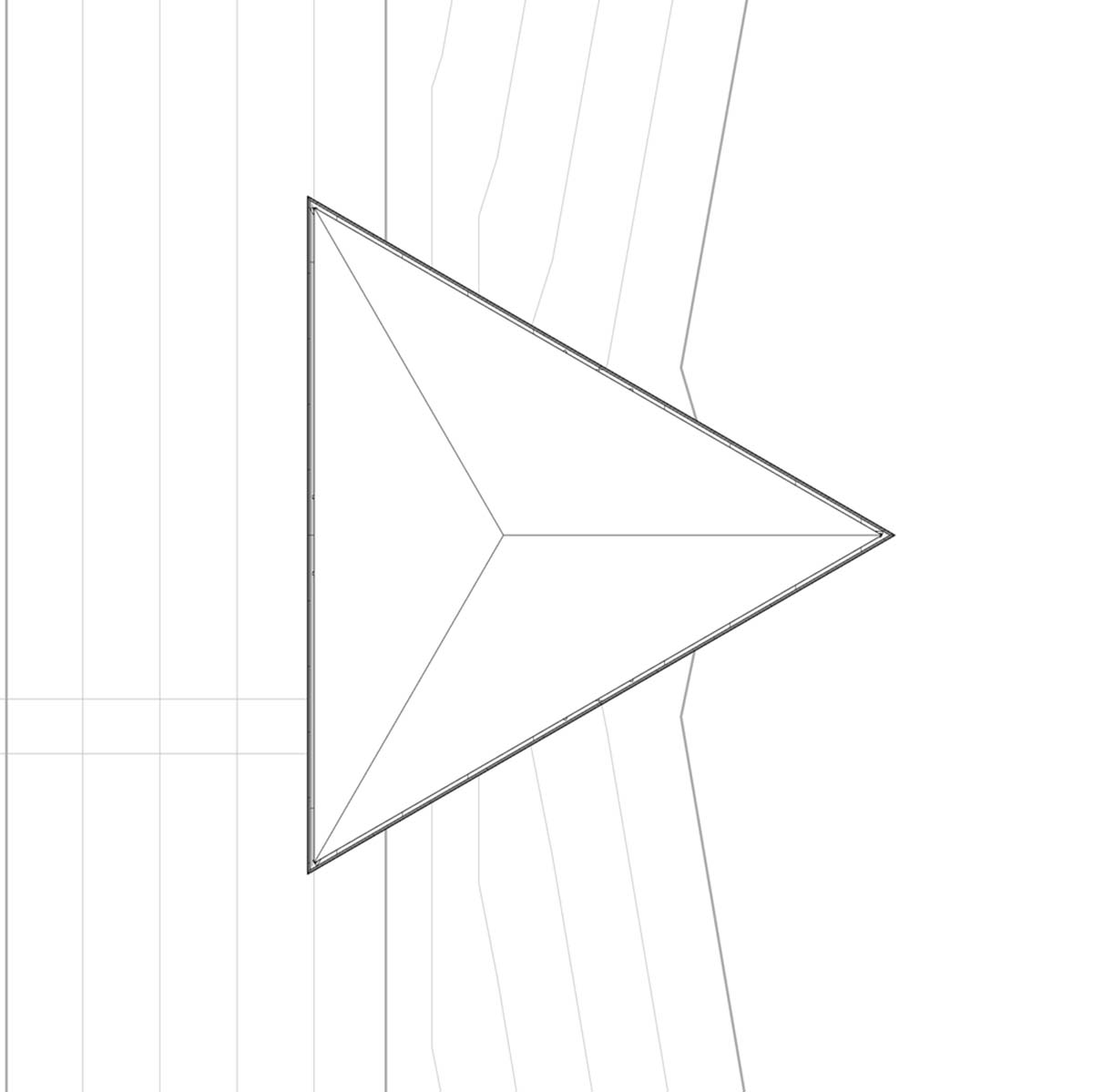 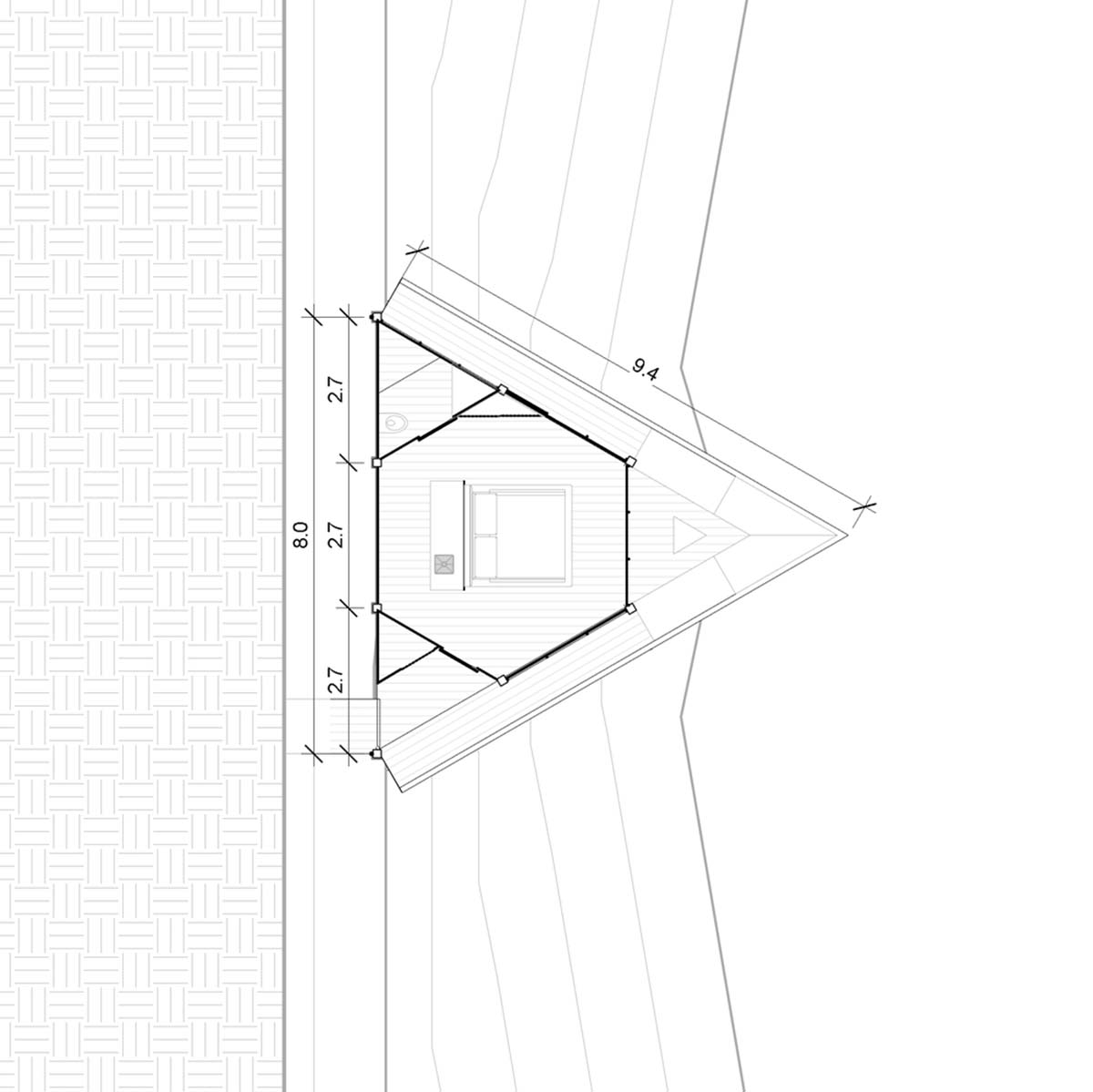 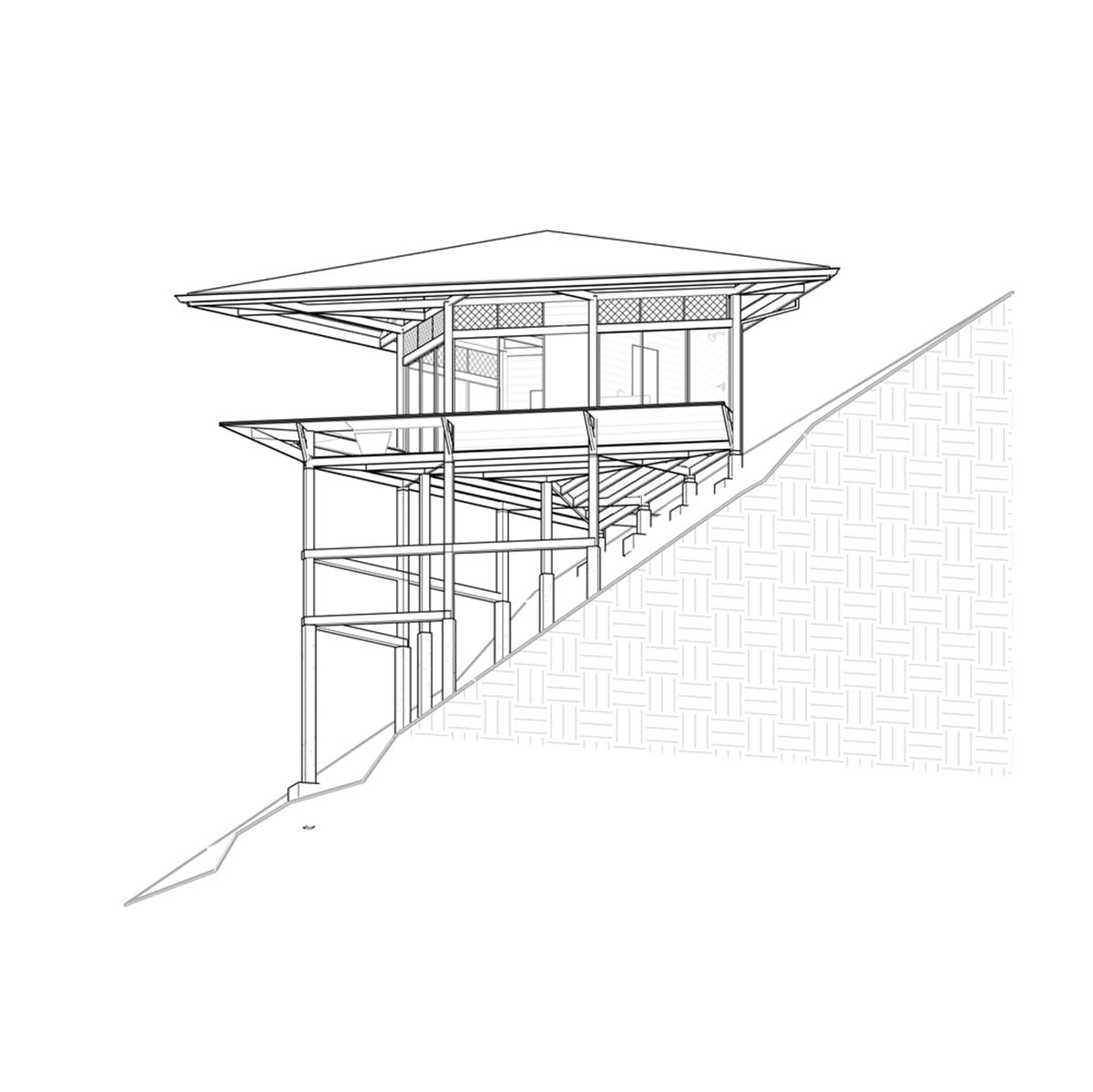 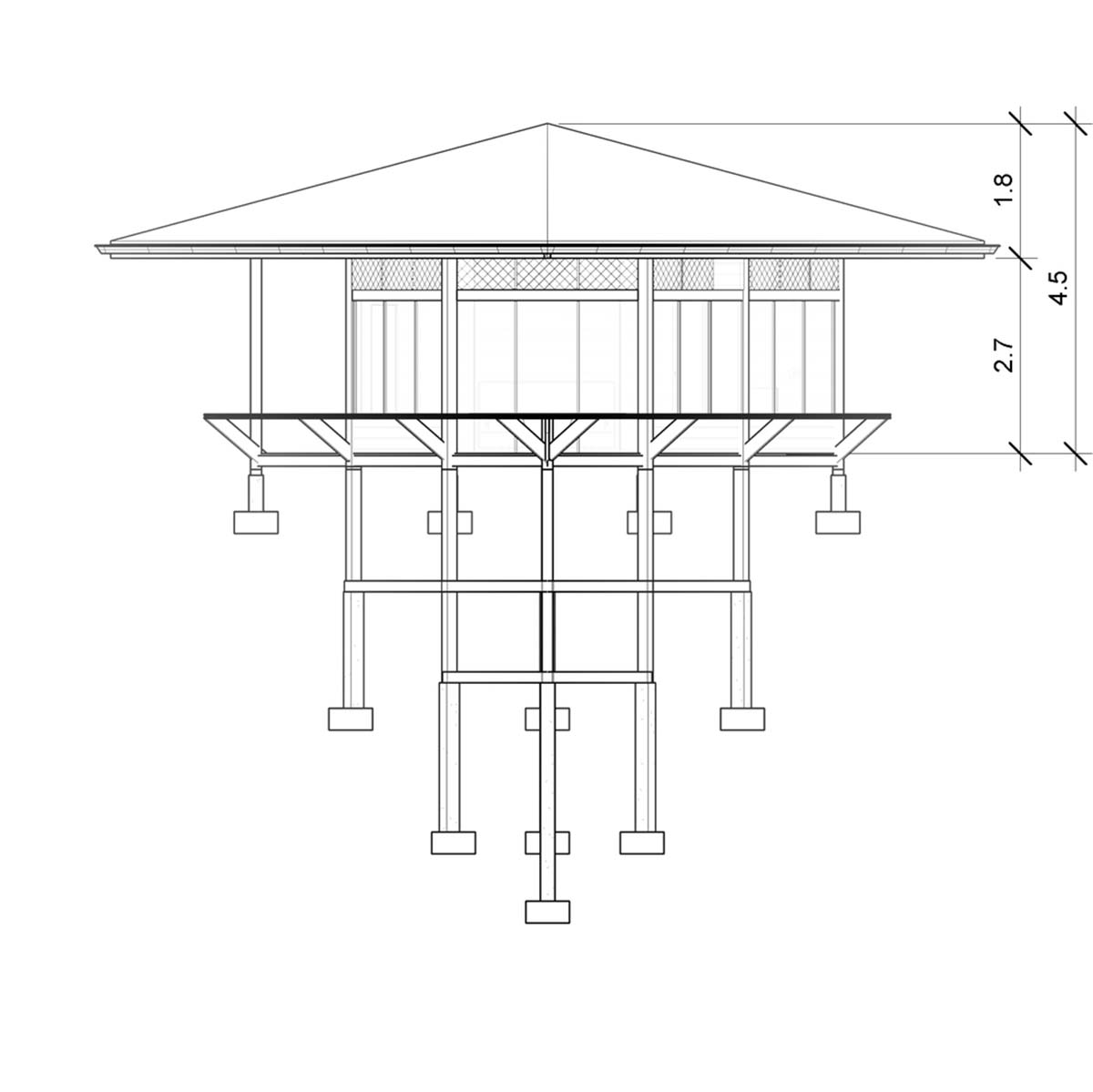