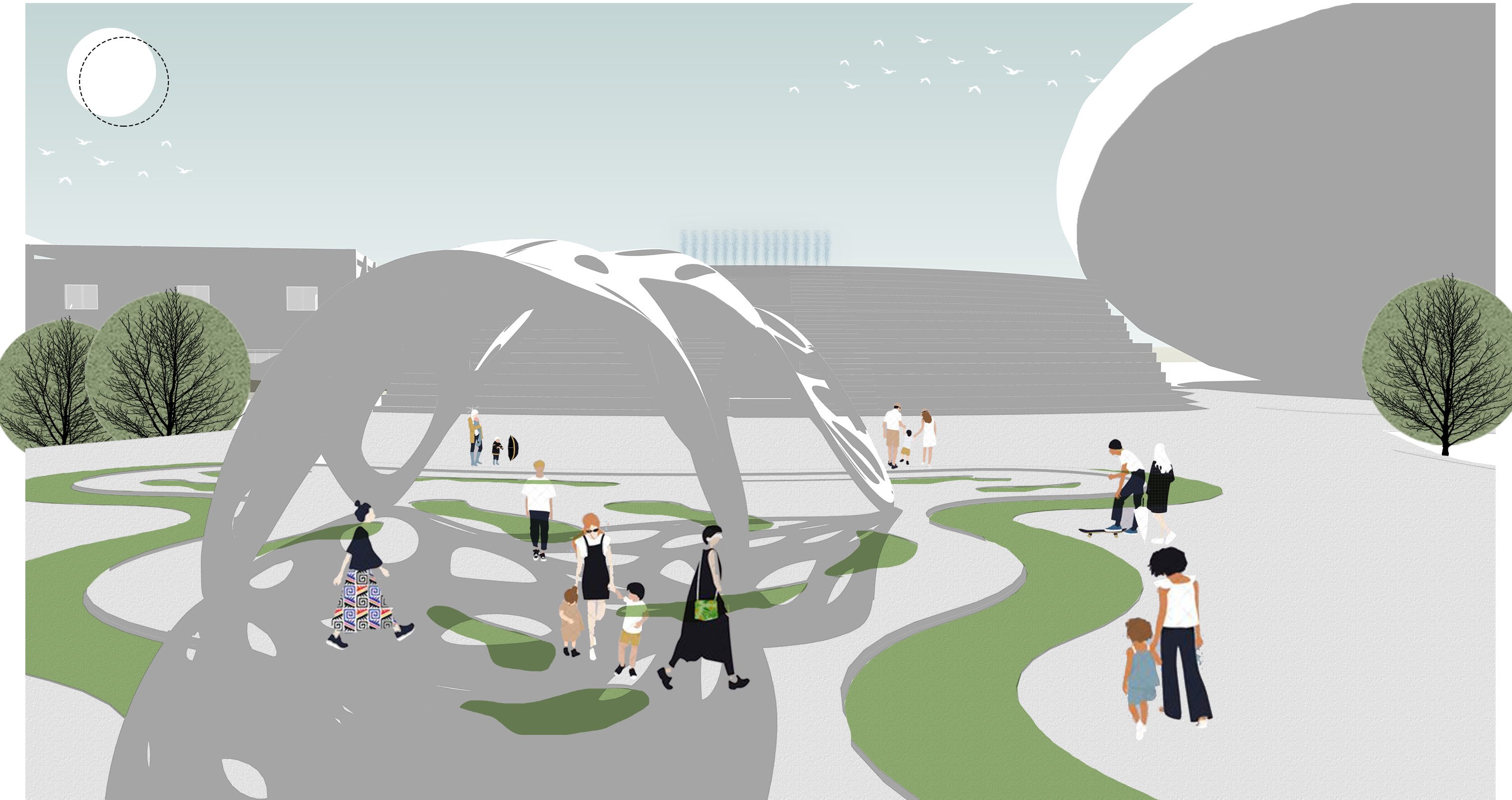 This is Synopsis of Architectural Thesis Proposal - Science City at Guwahati, Assam submitted to National Institute of Technology, Hamirpur, Himachal Pradesh by Mayank Gupta (B.Arch batch: 2015-2020). On an Introductory note, Science is best understood through experience and experimentation. Science Education, therefore, should essentially involve hands-on, experimentation-based learning and should not remain within the domain of textbook reading. This is more important in India because of widespread science illiteracy in the country. A science city shall provide a scope of ‘doing science’ adopting a hands-on approach which offers to the visitor several experimental options through which they can discover the scientific concept themselves. Such a mode of education has so far proved to be very effective in supplementing formal science education in our country.

The science city Guwahati will use state-of-the-art communication tools and technology in its presentations with thematic galleries comprising numerous interactive exhibits and original artifacts, related to groundbreaking science and technology, supplemented and supported by interesting demonstrations. It shall also essentially serve as a resource center for disseminating modern science and technology information with greater emphasis on Indian achievements in Assam and the northeast region. Science city on its inauguration will strive to become self-sustaining through its presentations, facilities, programs, and activities.

This project aims to create a scientific environment in terms of a built mass that is not just a home to various exhibits of science but a model of science and a landmark to its place. It also aspires to provide an experiment-based learning ambiance to inculcate a spirit of inquiry, foster creative talent, and create scientific temper in the community.

Talking about the Site - It is approximately 22km from the City Centre and 3 Km away from National High (NH-37) on the South and is in Tepesia Village, Guwahati. The site being on hilly terrain poses the challenge of the cut and fill with the land in the site development process. It is more or less avoided to maintain the natural stability of the hill. Considering the topography of the site, contour Modification and placement of buildings are done in such a way that they are universally accessible and follow the universal design standards.

The Design intervention creates an overall public friendly space with consideration to the site and the individual buildings as well. The major challenge in the state of Assam is the Humid weather after rainfall, which can only be dealt with by enhancing the natural ventilation of the spaces or using dehumidifying plants, to increase the overall air quality and hence the comfort. This can also be done by using mechanical ventilation or using air conditioning units, but is not a sustainable approach. To facilitate the same, Natural funnels are created via vegetation to increase the airflow through buildings by trapping the air with a wide-angle and push it towards the built structure. This will maximize the natural ventilation and the buildings will be dehumidified. 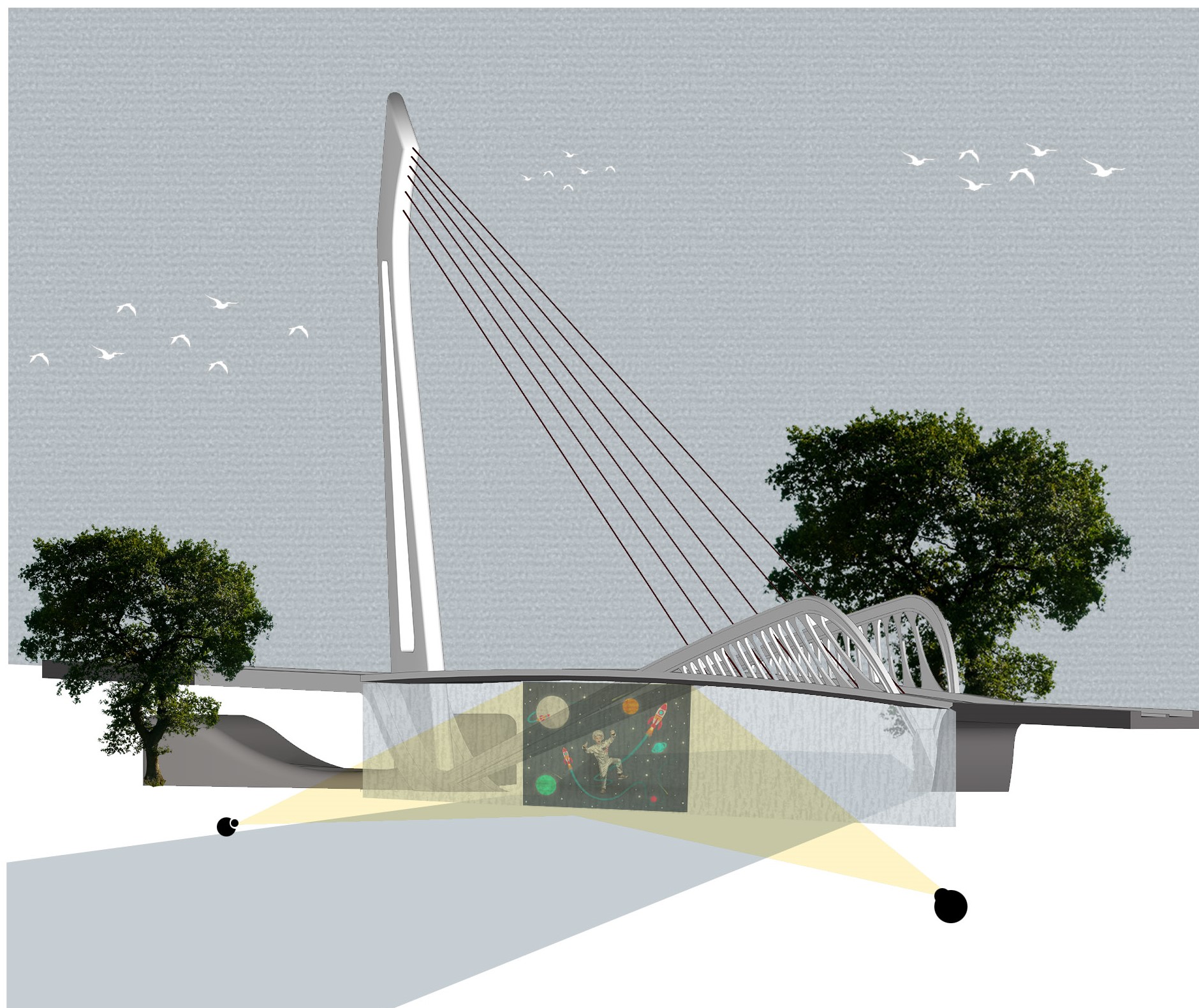 Other than this, dehumidifying plants like mosses, cacti, Bromeliads, etc. are used in the interiors of the buildings. Dedicated spaces for the vegetation to dehumidify the air are also proposed within the structures. Negative spaces and corridors are also been utilized for the dehumidifying plantation, enhancing the indoor aesthetics as well. Besides this, the roof of the building is also following natural ventilation and humidity control. The roof of the built structures may be uplifted by maximizing ventilation, it is based on the principle of airflow, in which the hot air rises and may escape from the uplifted roof. It is also curated with openings at various levels and with different construction techniques to enhance the escape of the air.

Next, Bird-friendly habitat is one of the important considerations for the complex, because of the decreased rate of migrating birds coming to the city of Assam and also because of the fall in the numbers of birds due to reduced forest covers and loss of natural habitats. The idea is to give a message for inclusive planning of bird-friendly habitat, which is quietly unexplored in India. The science city hence will also be visited by nature lovers and will make it unique among all other science cities. To conserve urban wildlife habitat, we need to promote interactions between people and wildlife and foster awareness of environmental values which will lead to behavior sympathetic to the conservation of biodiversity.

This involves a five-step design process to organize the strategies and guidelines for bird-friendly habitat. Nesting guilds to ensure the creation of nesting habitat for a wide range of birds has been incorporated. The nesting guilds translate logically into habitat types, for example, birds that nest in coniferous trees require coniferous forest habitat. Specific guidelines for seven habitat types are included to support increased habitat diversity across the landscape: coniferous forest, deciduous and mixed forest, shrub land, wetlands, etc. because of the high dispersal-ability of birds their need for habitat connectivity is lower than in other animals that move on the ground. 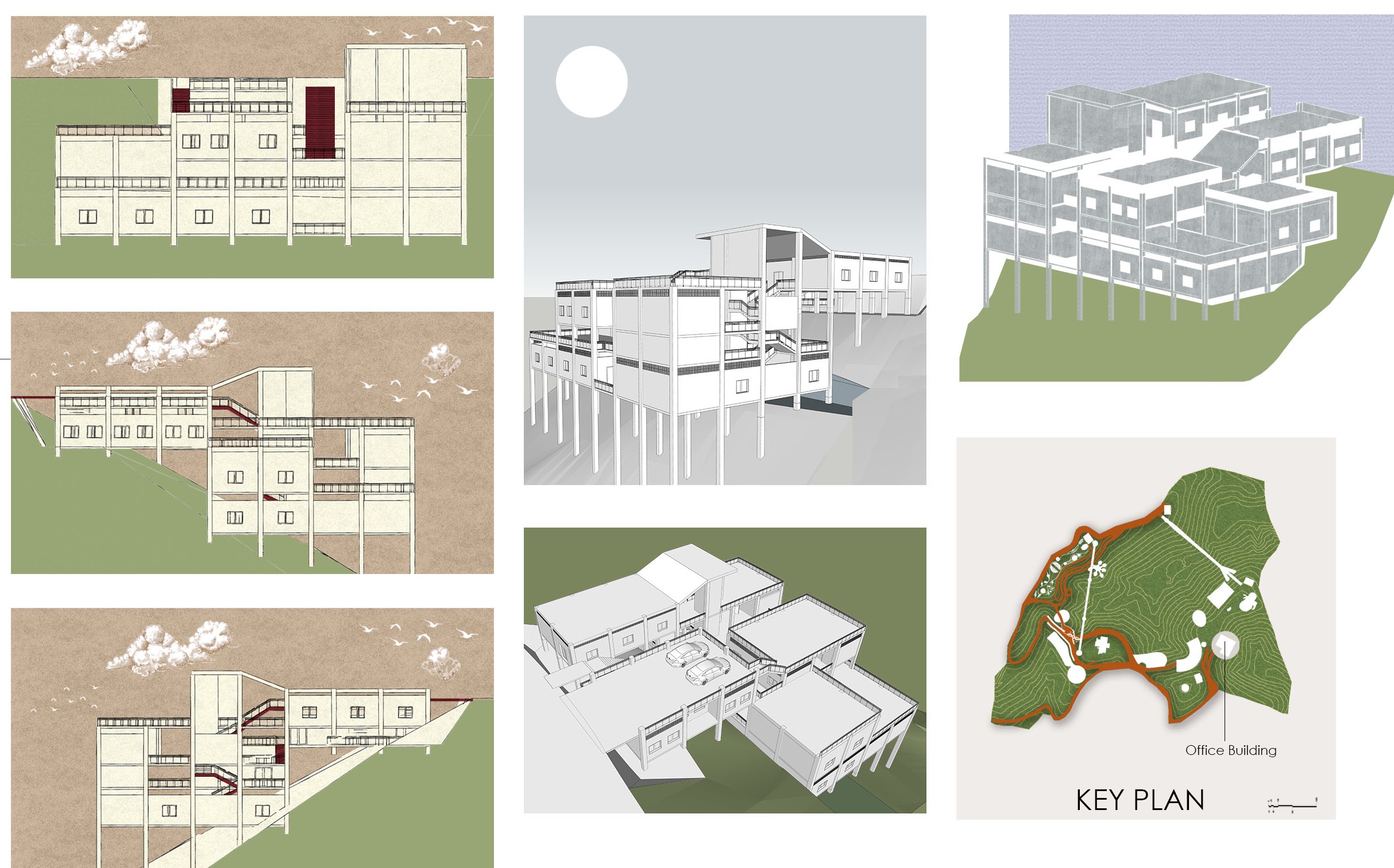 One highlight is the iconic free levitating sphere is being proposed on the topmost contour of the site, which is visible from the national highway - 37 that is three kilometers away from the site, as well. The sphere also acts as a symbol for locating the science city & makes people curious about the place. Lastly, since the site is full of contours, the use of bridges maintains a constant flow of visitors throughout the science city, further giving the site a special character with the play of different levels. Also, taking into consideration the crunch for flat land, the light and sound show of musical fountains have been conceptualized through the bridge, acting as a source for a waterfall, to cast imagery.

On a concluding note, the proposed science city in Guwahati shall be conceptually similar to a modern science center but of a much larger dimension with a focus on frontier areas of science and technology and modern presentation techniques. It is conceptualized on the theme of edutainment to provide enhanced holding time to its visitors and to make science learning effective, enjoyable, and comprehensible.