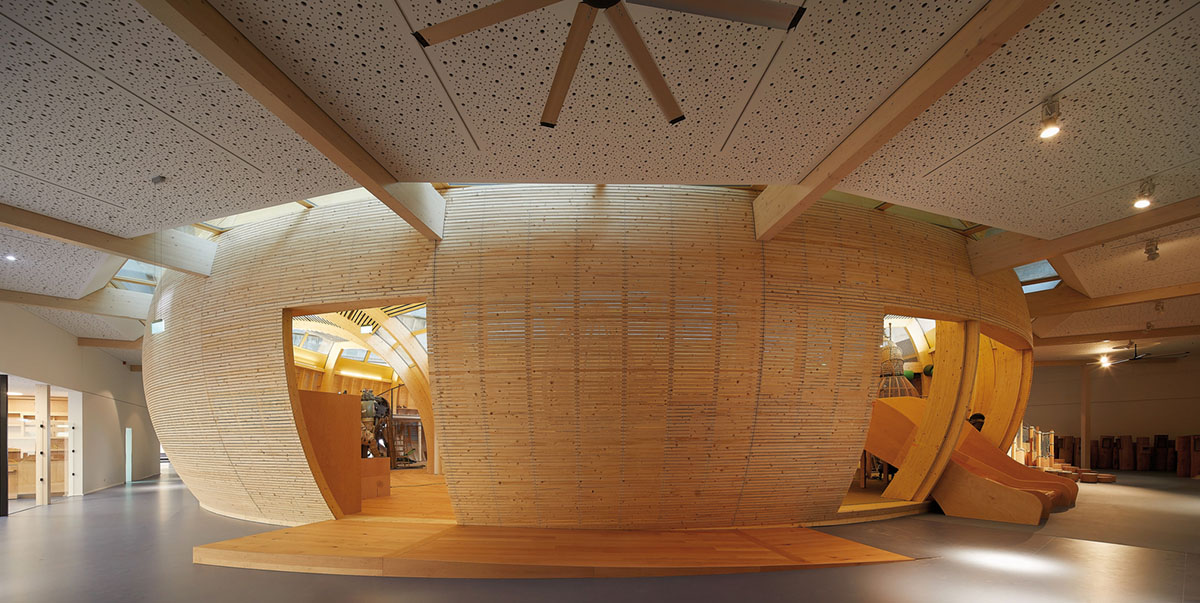 Olson Kundig has designed a museum for children with a doughnut-shaped timber structure at the Jewish Museum Berlin designed by Daniel Libeskind.

The new museum, called ANOHA—The Children’s World of the Jewish Museum Berlin, is located within an existing former flower market hall, the museum aims to encourage children to consider the importance of recycling and adaptive re-use, while supporting ANOHA’s core philosophy of creativity and imagination. 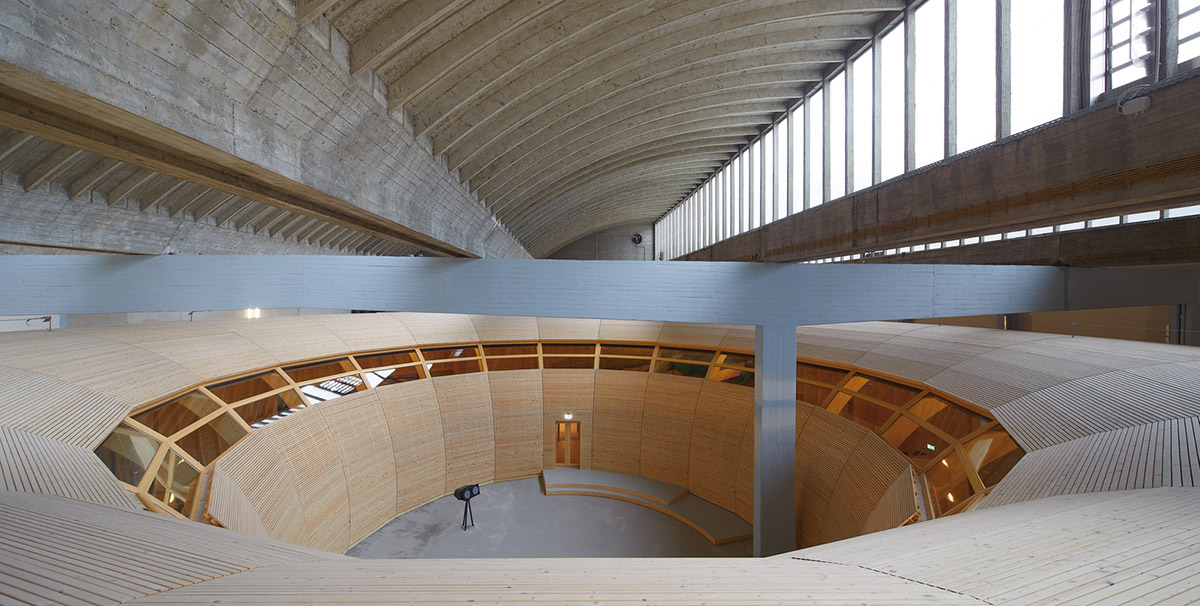 The name of the museum takes cues from the story of Noah’s Ark which was the competition concept set forth by the Jewish Museum Berlin in 2016.

Olson Kunding won the two-stage competition in which the studio's flood narrative was deeply rooted in Abrahamic cultures. 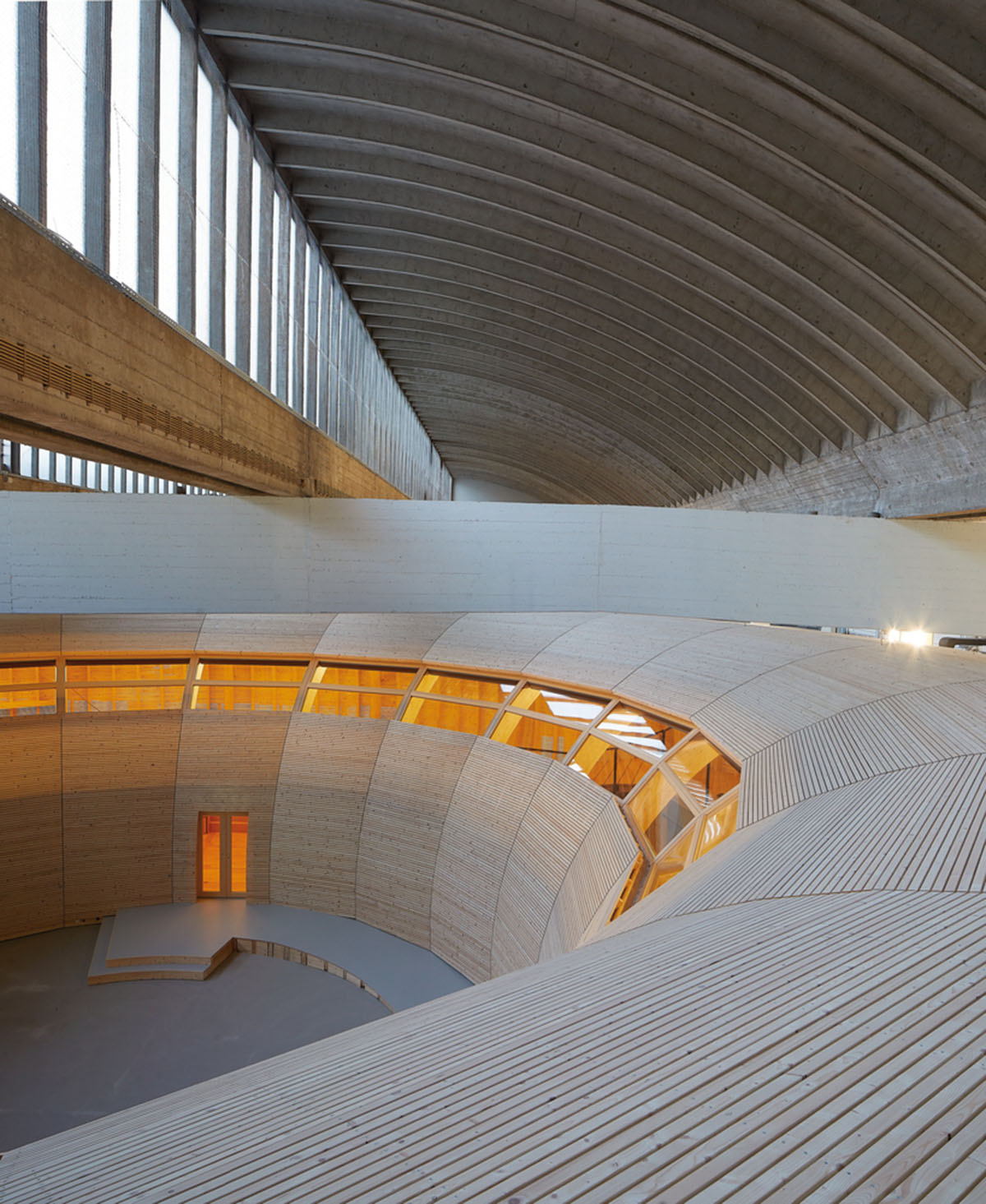 Kundig designed the museum to give their youngest guests a sense of hope and possibility while moving inside. At the heart of ANOHA museum there is a circular wooden ark, reaching almost 7-meter tall with a 28-meter base diameter.

The curvilinear ark complements the curved ribs of the Brutalist light scoops overhead, while the shift in materiality from concrete to wood offers a softening counterpoint to the existing space.

Inside, the museum contains more than 150 sculptural animals, in which each of them was created from found objects by a team of 18 Berlin artists.

Through the tactile nature of these sculptural objects the interior provides a sense of playful discovery as children recognize the familiar materials used to make them further serve to highlight the importance of respecting, treasuring, and conserving global resources.

An intuitive visitor pathway also houses some interactive exhibits, teaching children how to solve problems independently and as a group, while explorative spaces modeled after unique habitats allow children to experience the diverse perspectives of the various animals. The architects implemented sustainable strategies in architectural design as an integral part of the user experience. For this, they eliminated extensive use of mechanical systems since they embedded the environmental buffer of the existing hall, significantly lowering energy loads. Th team created ceiling fans and operable windows in the ark to allow for air exchange and natural ventilation. 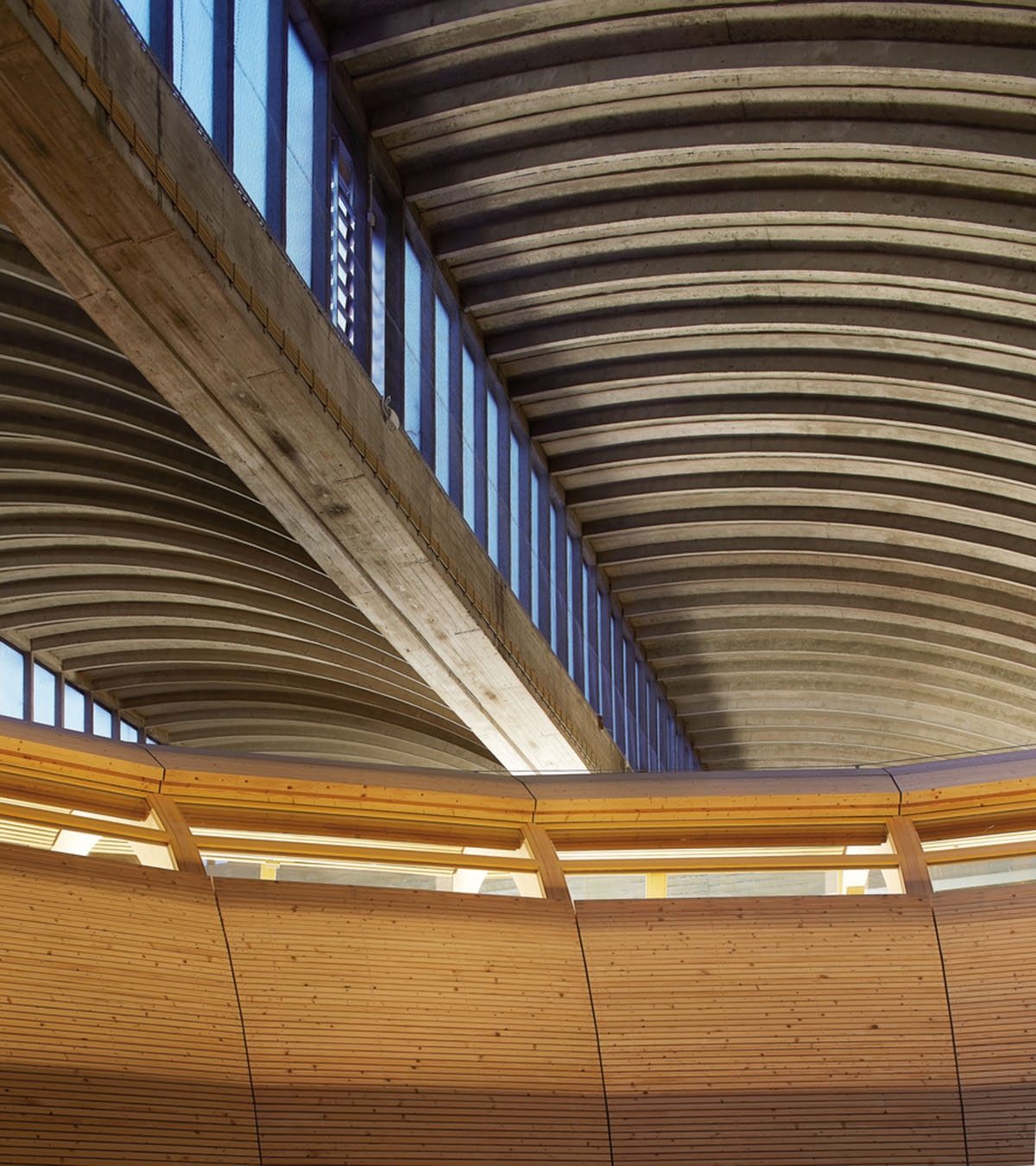 Thanks to the hall’s curved concrete roof, it takes daylight into the interior. The ark’s windows support this passive daylighting approach, while visually connecting ANOHA with the existing structure of the hall. 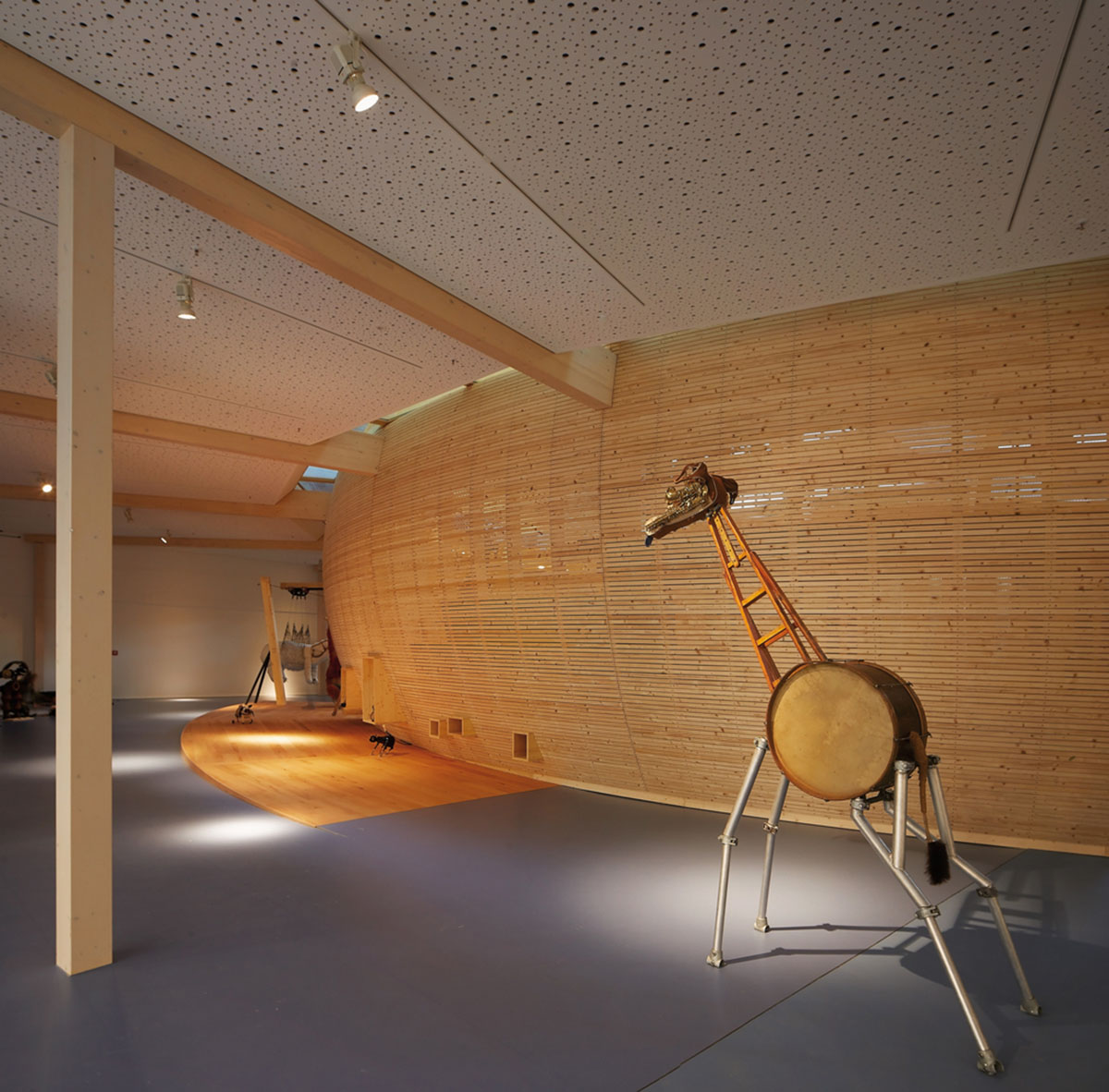 "There are hundreds of flood myths from cultures all over the world, and most predate the Old Testament by thousands of years," said Alan Maskin, Design Principal.

"This story of destruction and creation—of adaptation to a rapidly changing climate situation—is universal. Everyone, everywhere, can relate to those concerns, just as everyone can be inspired to be part of the solution," Maskin added. 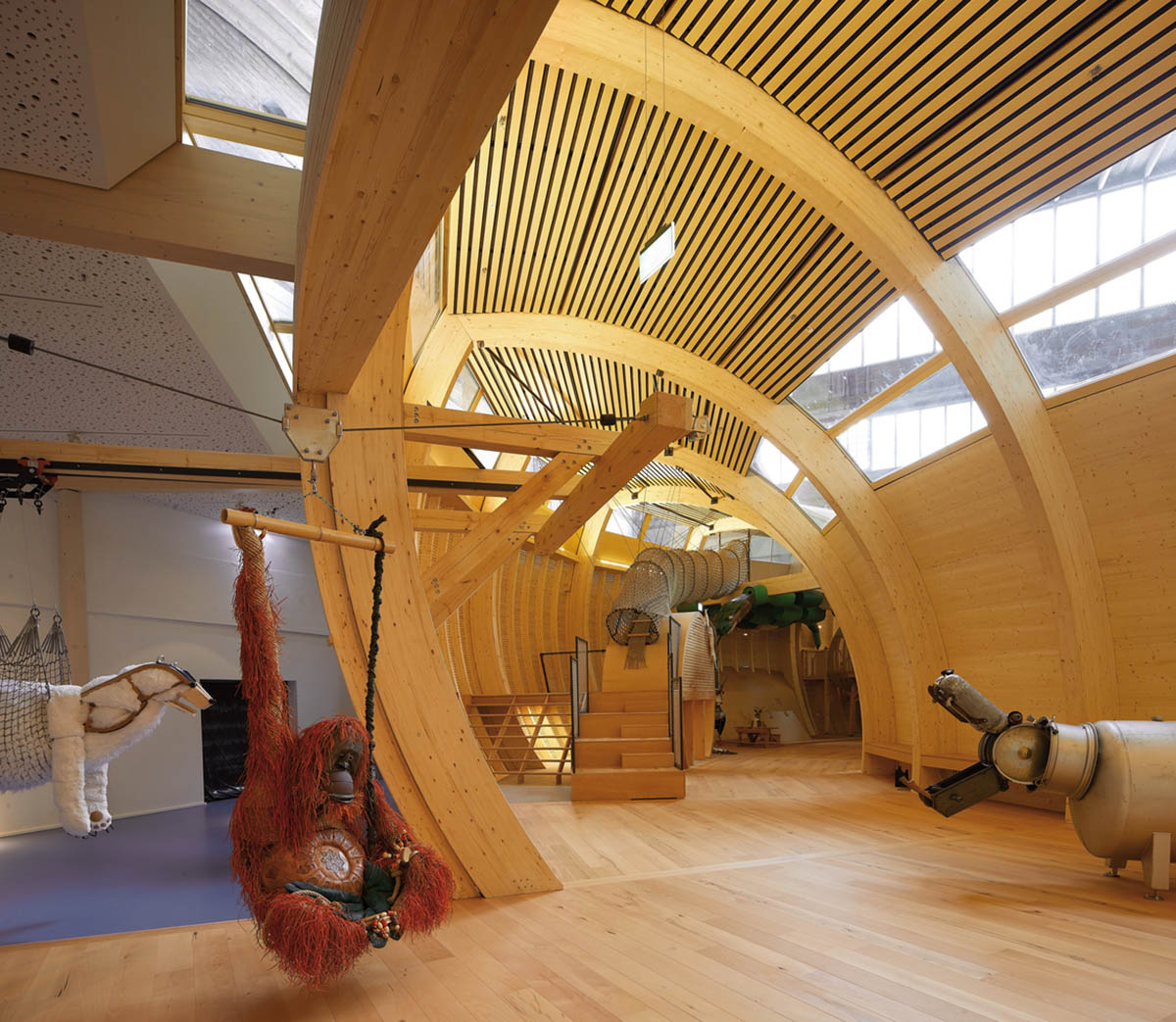 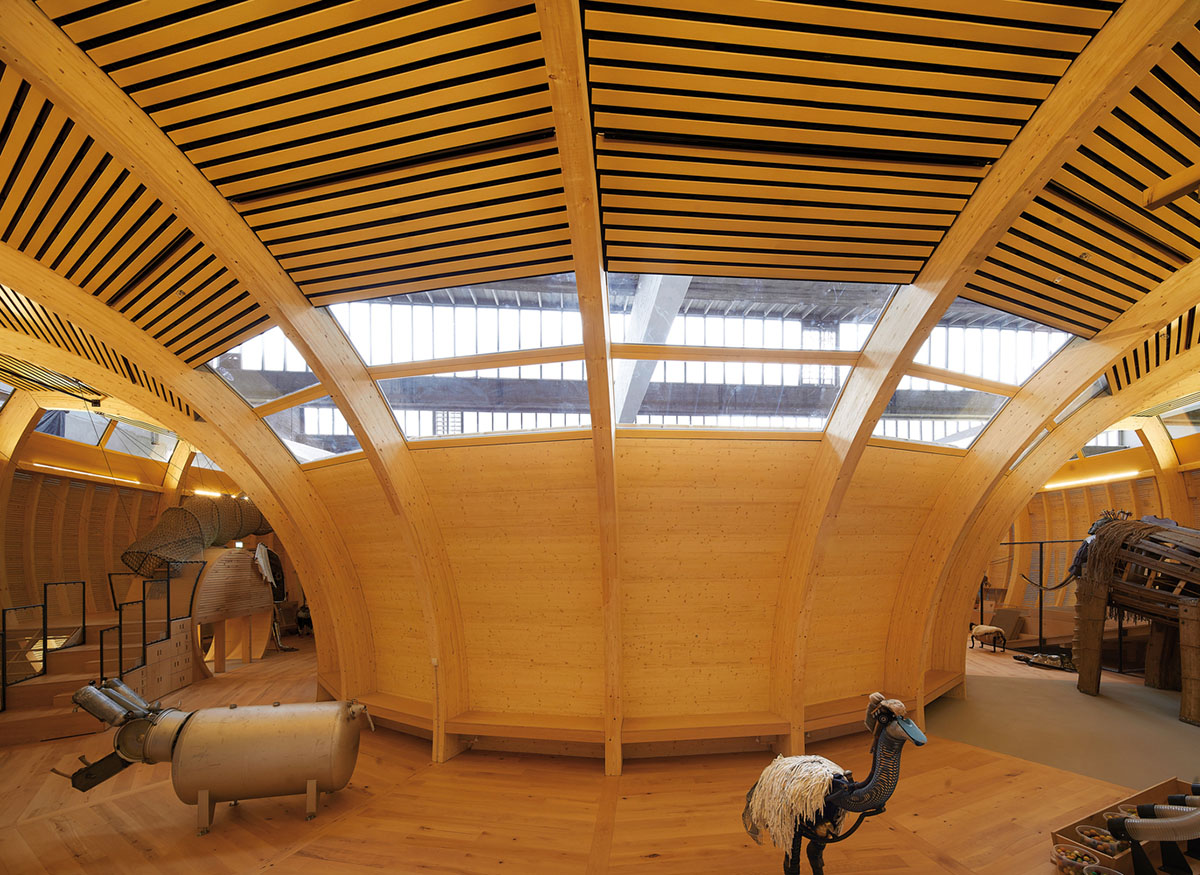 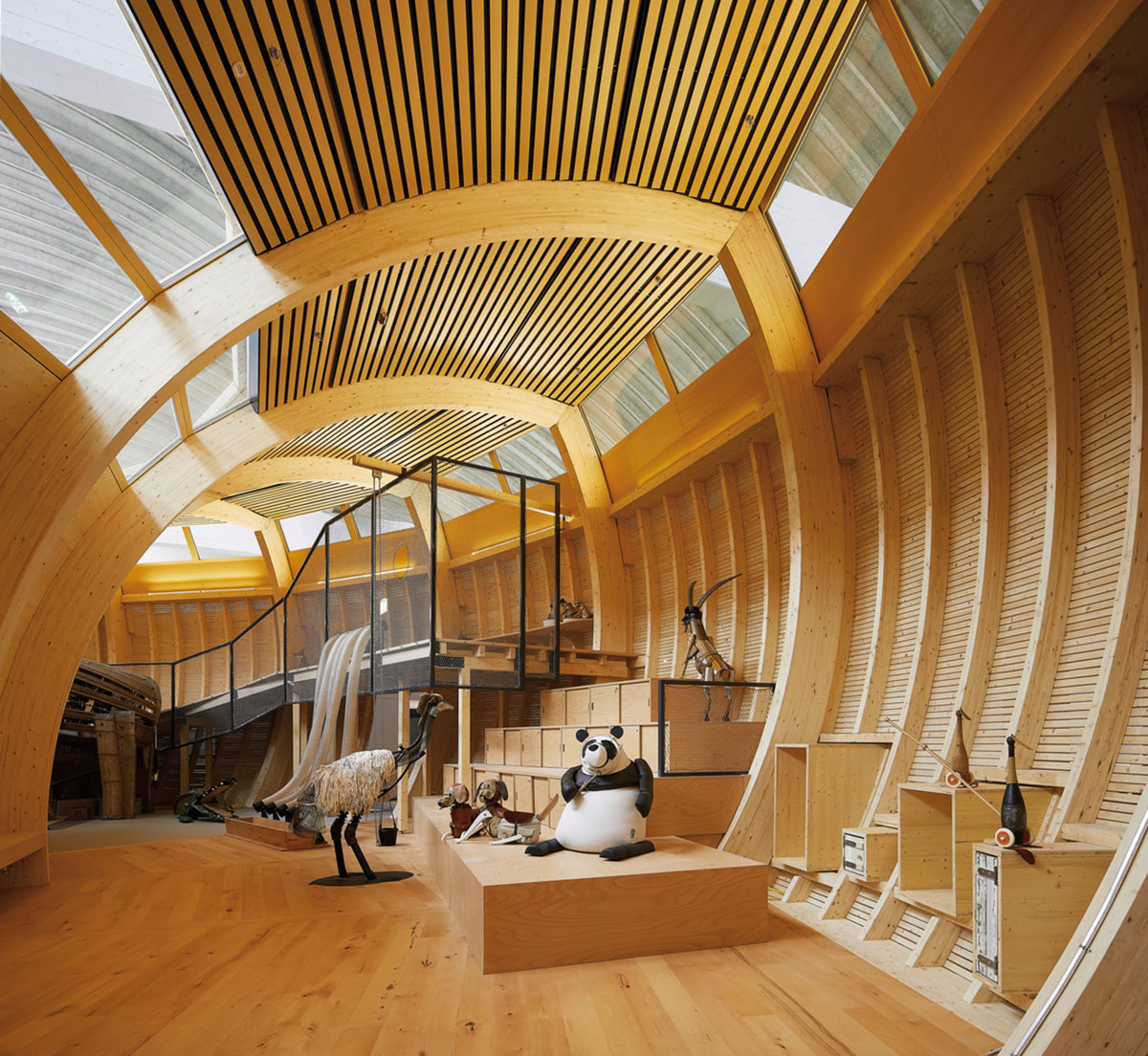 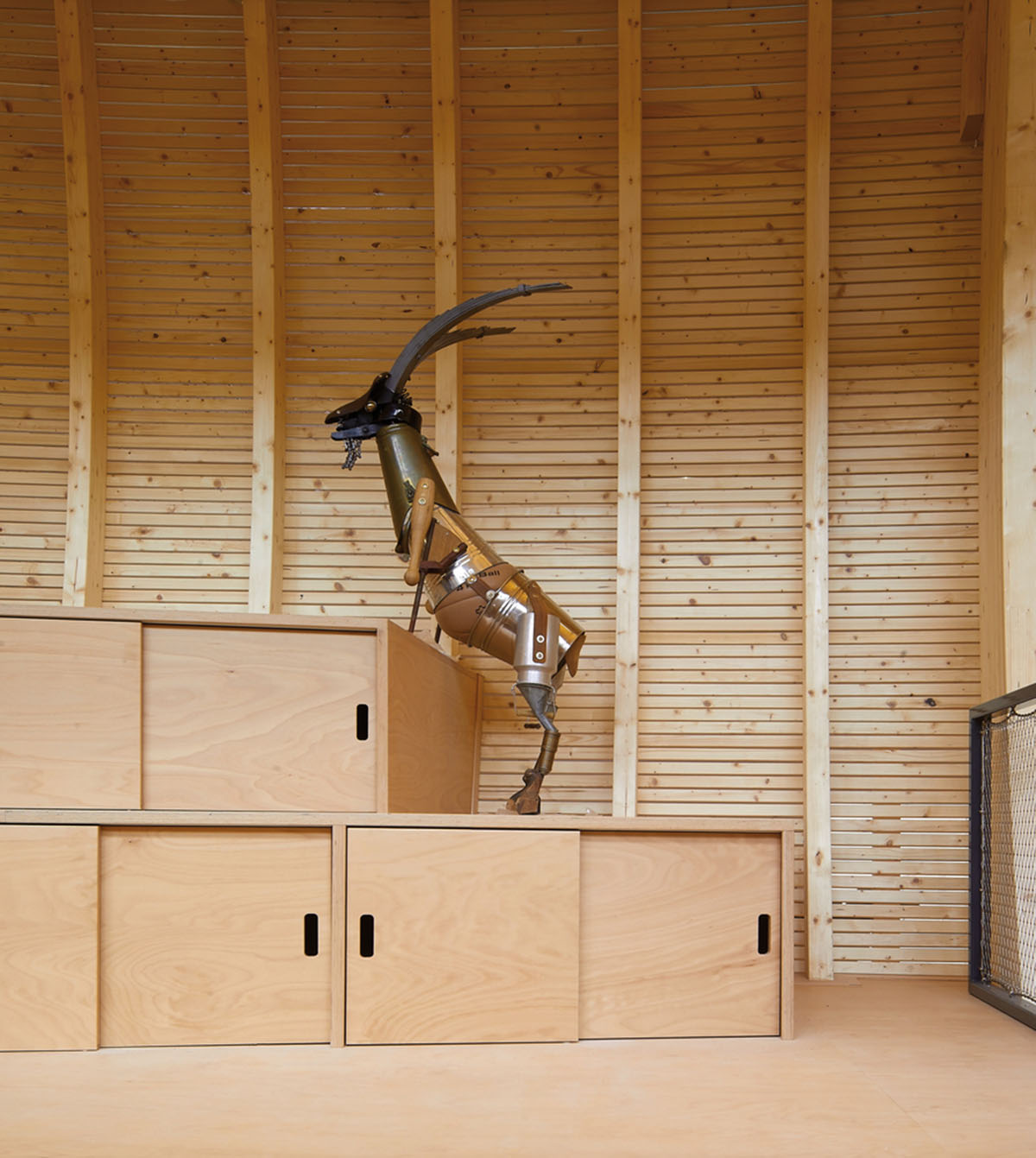 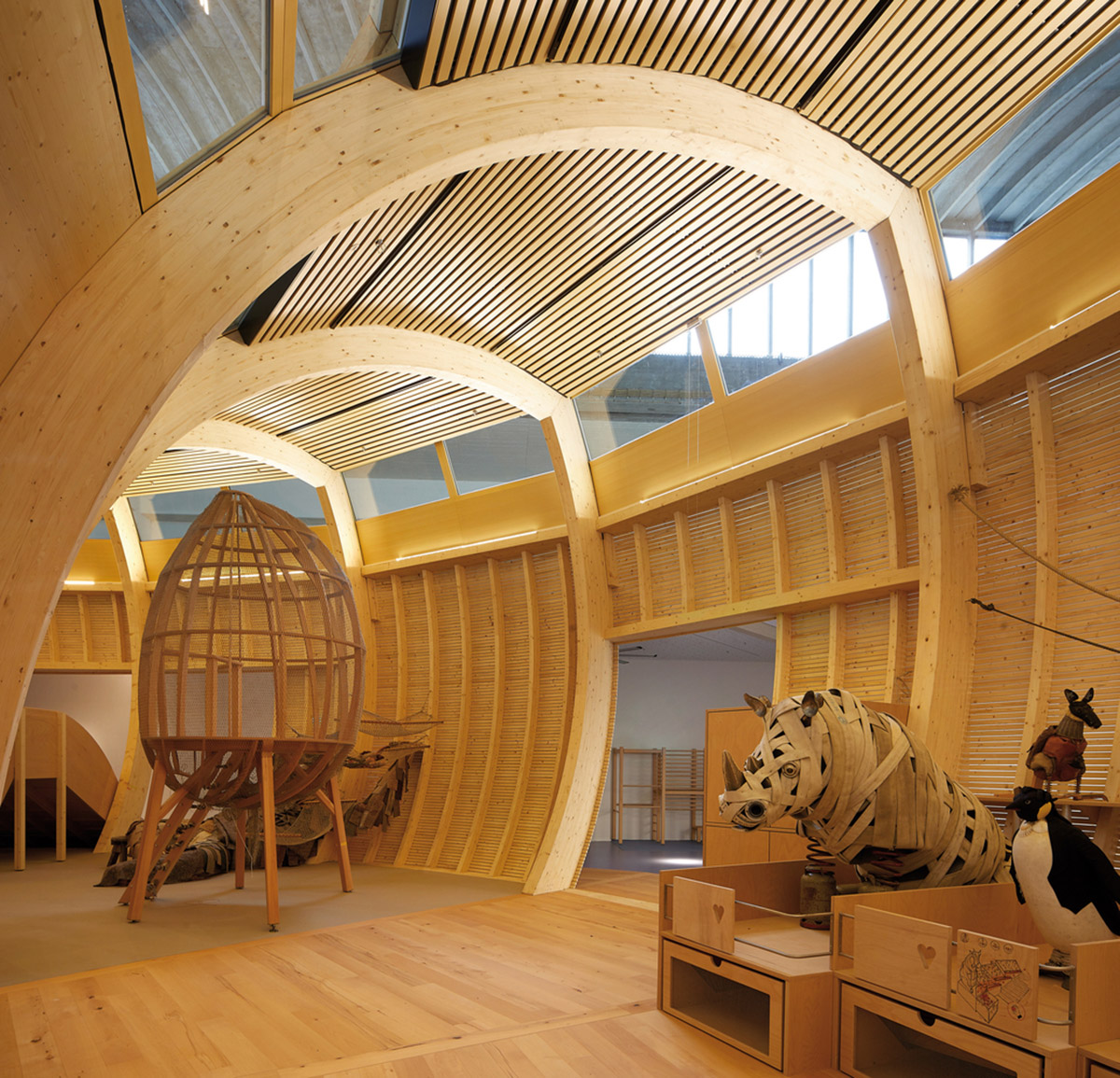 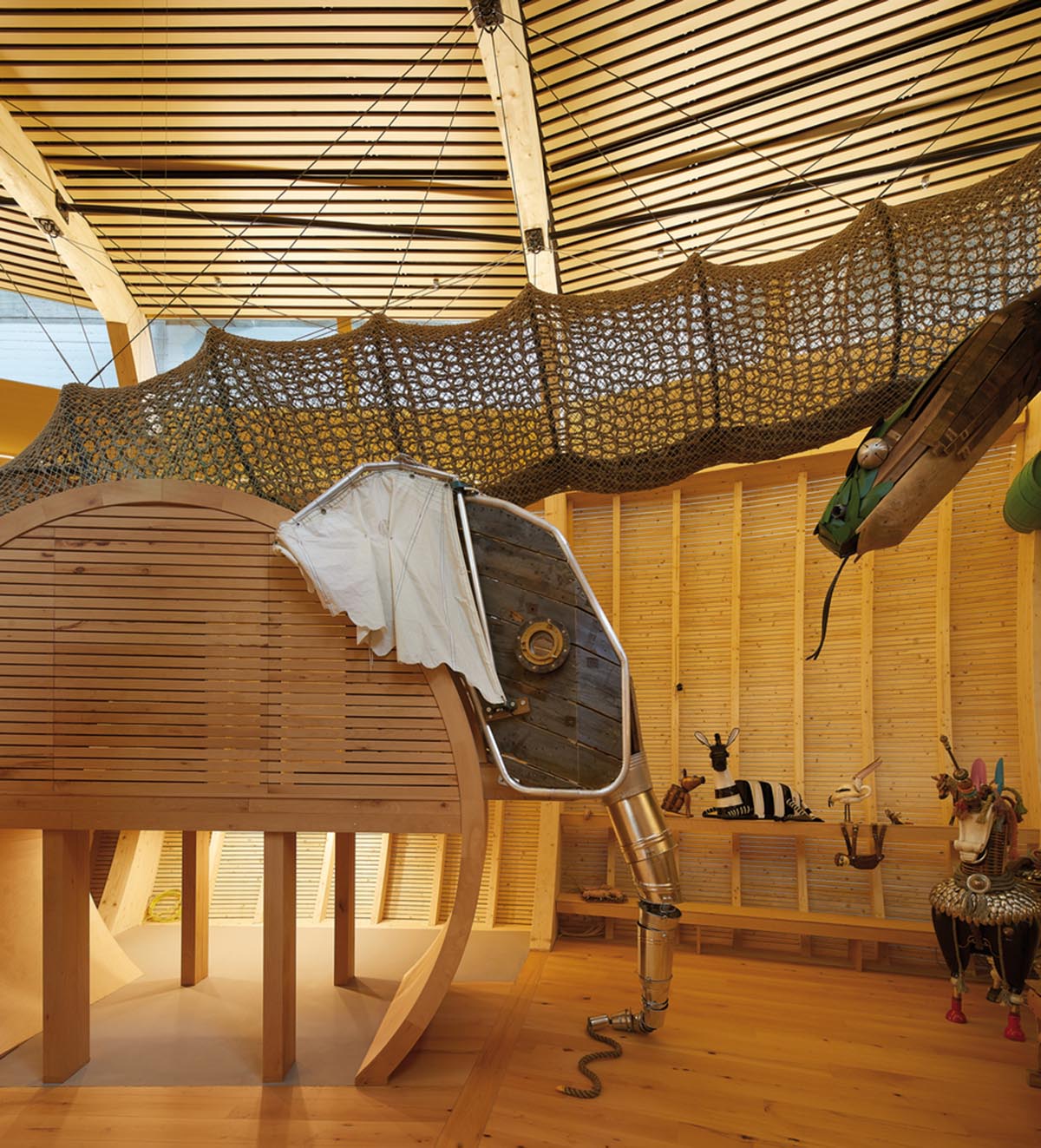 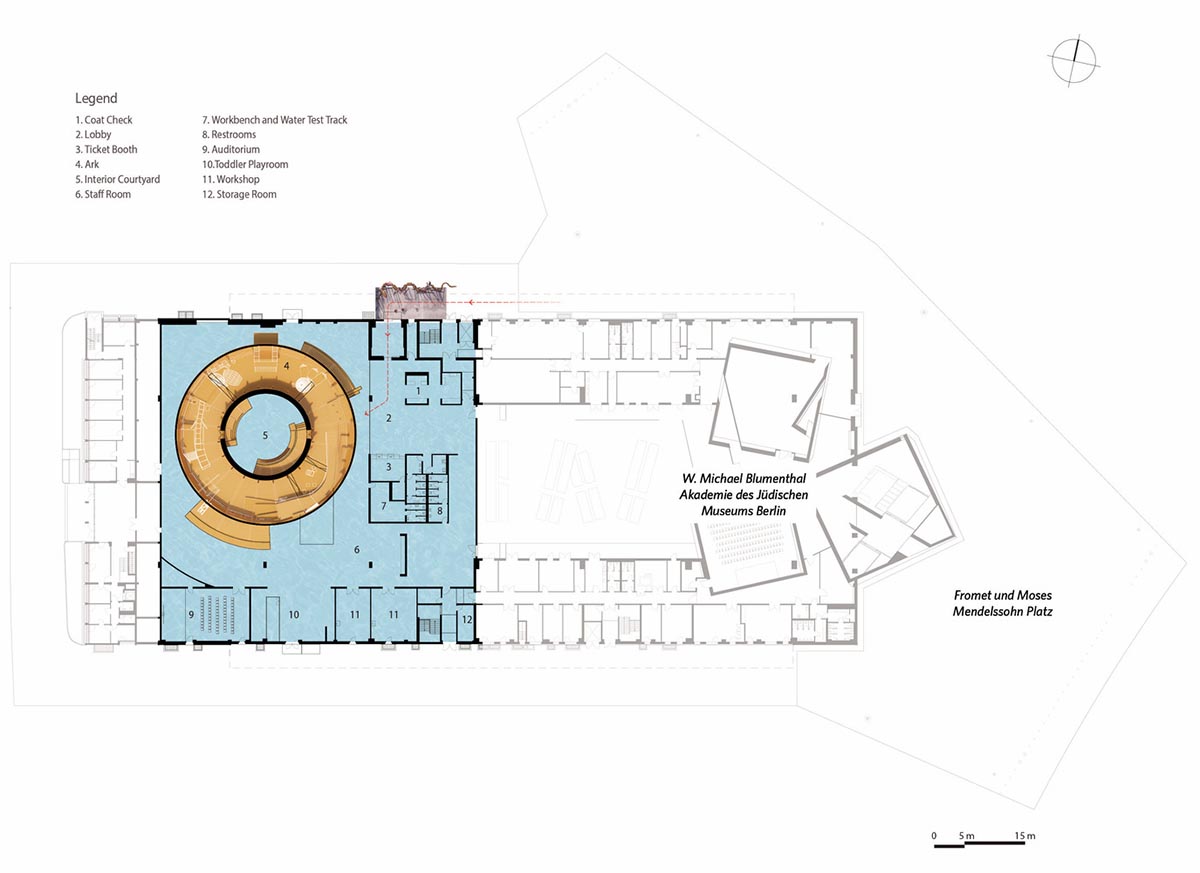