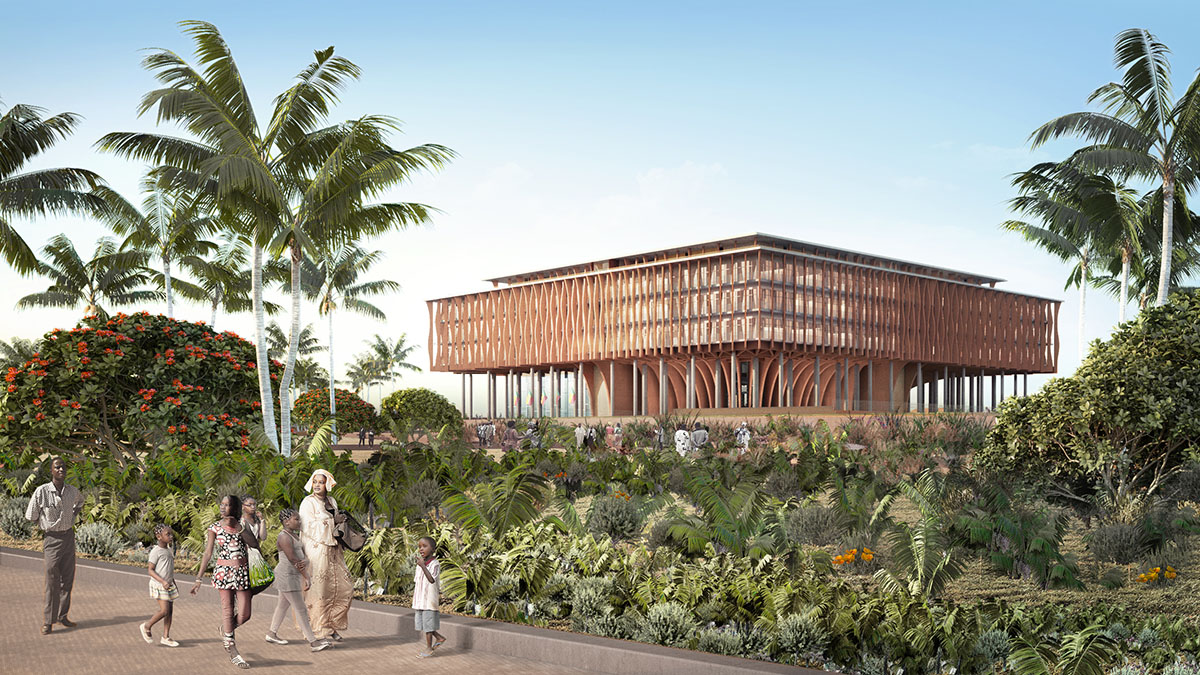 Aedes Architecture Forum will present a new exhibition of Kéré Architecture in Berlin between 17 July ­- 9 September 2021.

The exhibition, named Arbre à Palabres, will present planned and realized projects that illustrate how Francis Kéré and his team use social, political and construction knowledge from across West Africa to arrive at designs that focus on a building’s purpose and the people who use it.

The exhibition is realized in cooperation with AW Architektur & Wohnen at Aedes Architecture Forum in Berlin. The exhibition will open to the public on 17 July and will be on view until 9 September 2021. 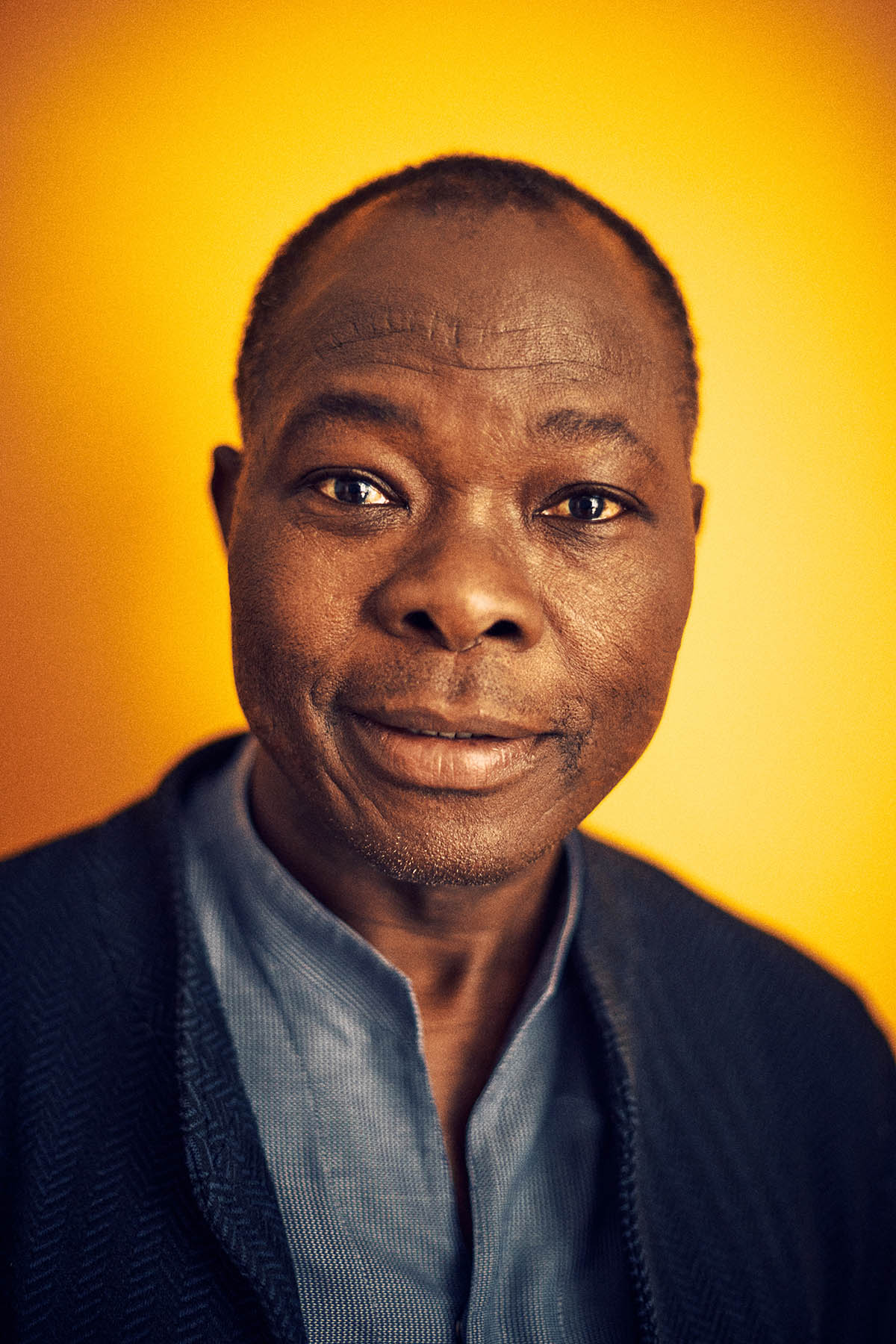 Francis Kéré is a precise observer, excellent visionary and builder – his architecture is of radical simplicity. The architect, who was born in Burkina Faso and lives in Berlin, uniquely combines the culture and habits of the African and European continents. For his inspiring approach to architecture as well as his exceptional and distinct style, Kéré Architecture will be honoured with the AW Architect of the Year 2021award.

The installation Arbre à Palabres – the tree under which people meet to consult, to talk and to learn from each other – forms the programmatic context for the projects presented, such as the buildings for the national assemblies of Benin and Burkina Faso, the National Park of Mali, the Freie Waldorfschule Weilheim, the Burkina Institute of Technology or the Taylor Bridge in Mannheim, among others. 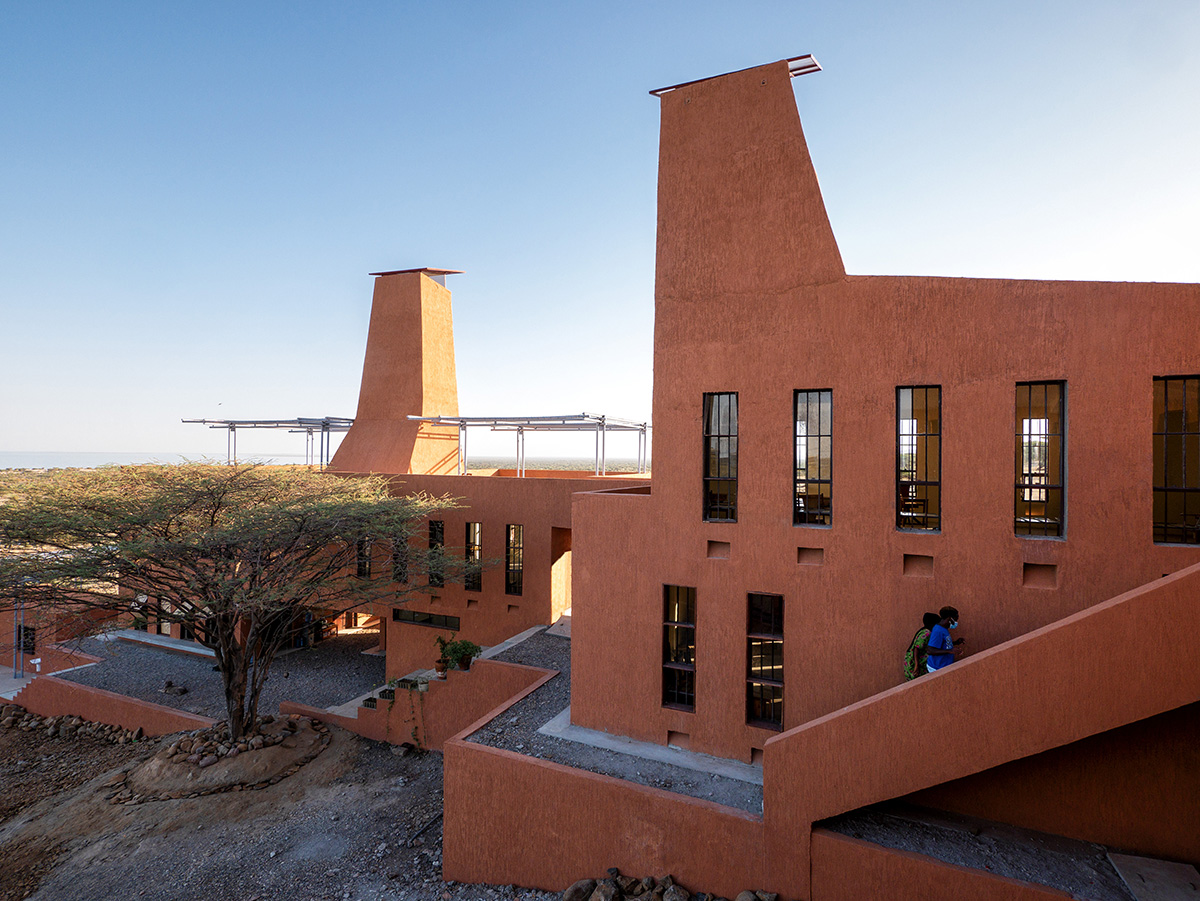 Under the expansive installation of an abstracted kapok tree, the projects are presented in three categories: Civic Dialogue, Creative Exchange and Inspired Education. 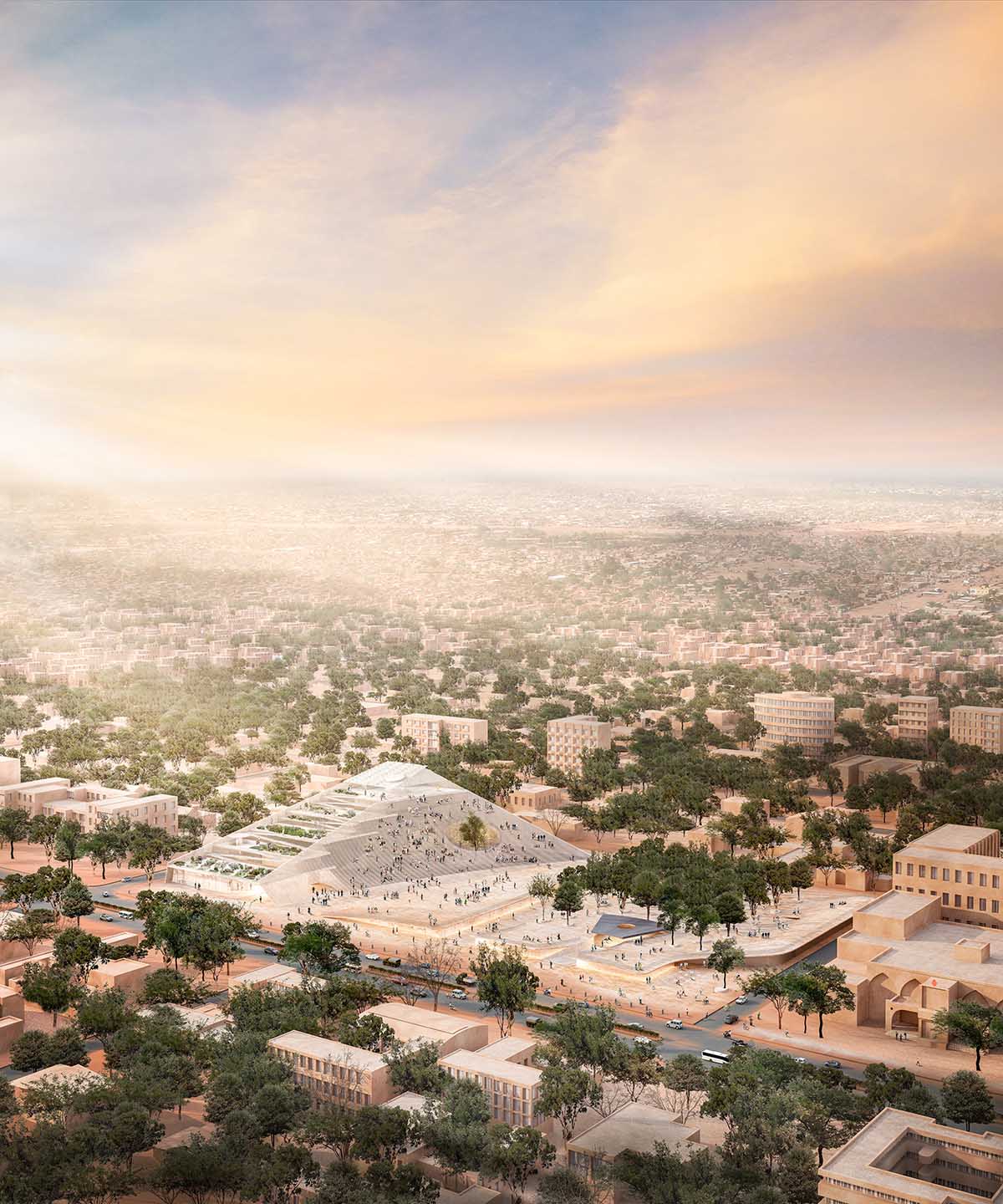 Inspired by the democratic practice of West African societies, dating back to pre-colonial times, of holding court, meetings and public conversations under a kapok tree, Kéré Architecture has designed civic and public structures allowing for a contemporary version of this practice. 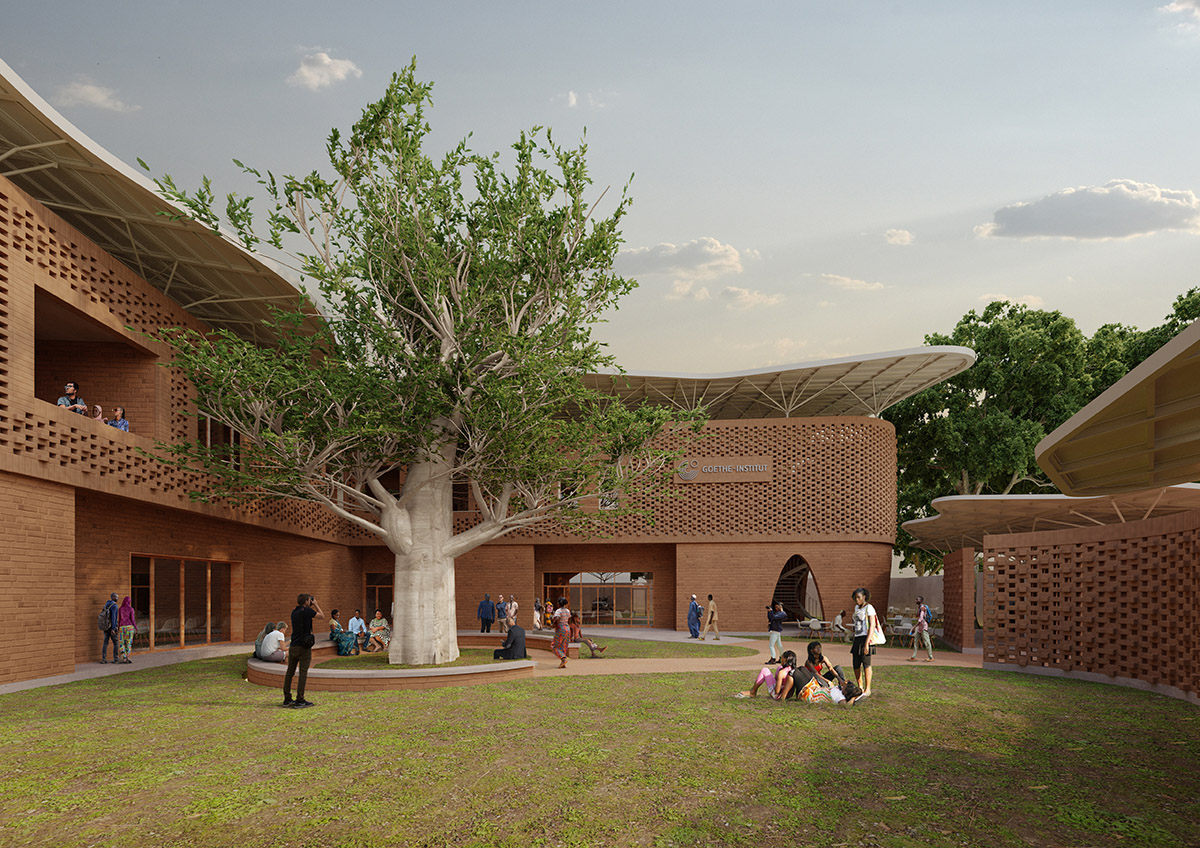 Some traditional building forms in West Africa are designed to foster a certain kind of dialogue. A prime example is the Toguna, a communal meeting place found in different variations throughout the region. These structures have low ceilings often made of wood and hay, ensuring that inside one can only stoop or sit, but not stand upright, making it virtually impossible to become physically aggressive in the course of the meeting.

Kéré Architecture harnesses this ability of architecture to gently guide people towards peaceful gatherings for spaces of creative exchange, such as the visitors’ pavilion Xylem in Montana or the premises for a foundation in Switzerland aimed at businesses and cultural practitioners from all over Africa and the African diaspora. 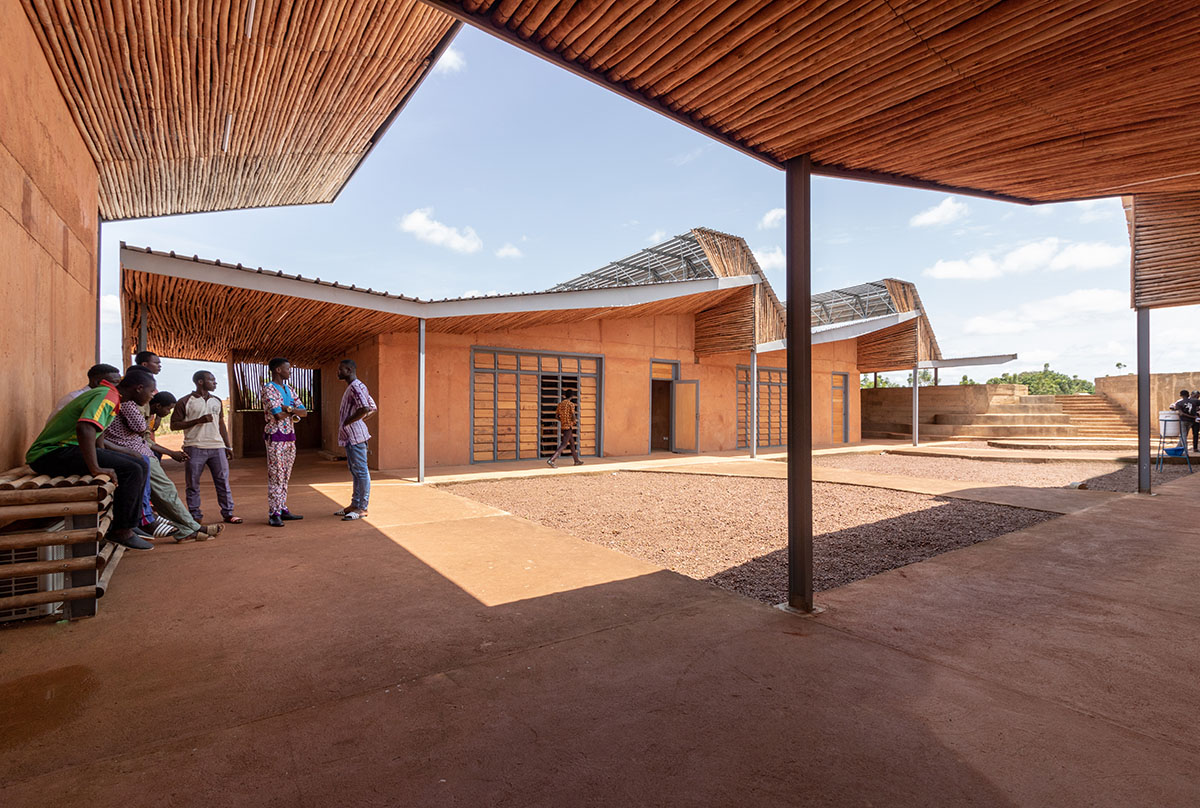 Ever since Kéré Architecture’s first school building, the Gando Primary School, the studio has been dedicated to designing educational infrastructure geared towards learning far beyond the content being taught. The design of the building and the choice of materials used in its construction follow a methodology aimed at creating a comfortable learning environment in terms of temperature and air quality while, according to Francis Kéré: "inspiring the mind to soar and the learners to dream." Most of these projects also allow for a continuous expansion of the campus as the need for infrastructure increases with each class and the growing number of students.

This is the case with the Burkina Institute of Technology, the Startup Lions Campus in Kenya or the Naaba Belem Goumma Secondary School in Gando.

Currently, Kéré Architecture is applying the experiences from building its inspiring schools in West and East Africa to upcoming projects in Europe, including the Freie Waldorfschule Weilheim, just outside Munich. 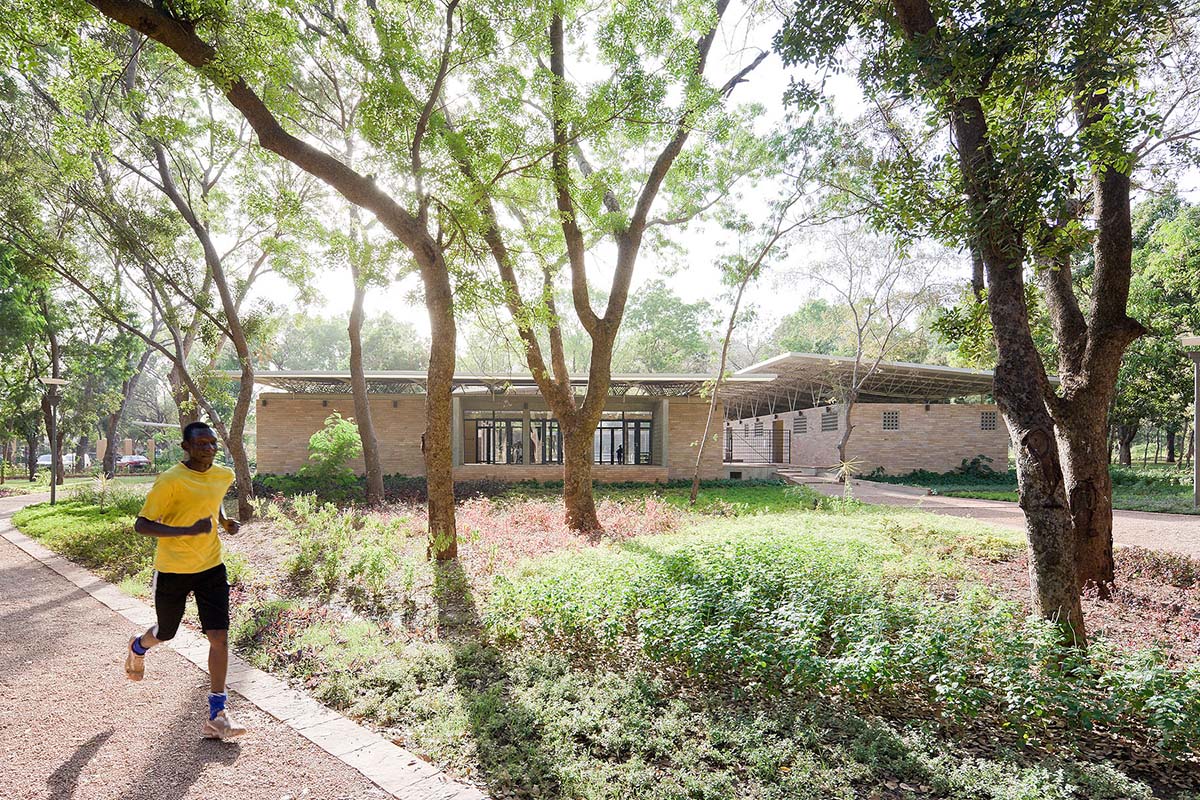 The three project categories are presented in an expansive installation corresponding to the design motif of the “tree structure” of the Benin National Assembly. It is integrated into the exhibition space of Aedes and corresponds in a slightly modified form to the “trunk” of the actual building upholding the crown, the Assembly.

It is reminiscent of the trunk and magnificent roots of a kapok tree and gives visitors the feeling of coming together under its canopy. Exhibits are presented in the structure of this installation and benches are built in elsewhere, which – like the whole building – are intended to provide a place to rest and meet. 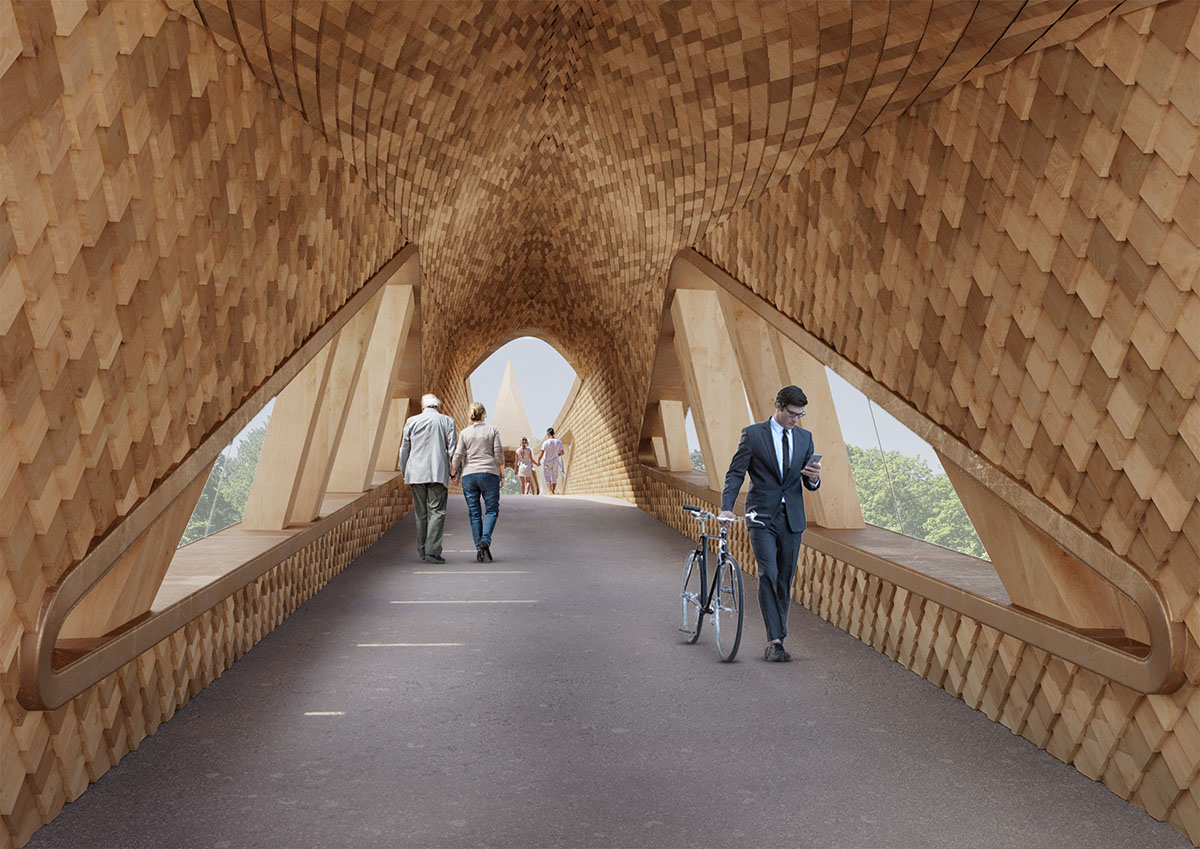 After training as a carpenter, Francis Kéré studied architecture at the TU Berlin and founded Kéré Architecture in 2005. He works – as he states – “at the interface of utopia and pragmatism” and, as an architect, he is committed to the built environment at all levels.

His best-known buildings include the Opera Village in cooperation with Christoph Schlingensief in Ouagadougou, the National Park of Mali, the Centre for Earth Architecture in Mali for the Aga Khan Trust for Culture, the 2017 Serpentine Pavilion in London and the Primary Schoolin his home village of Gando, for which Kéré received the Aga Khan Award in 2004. New buildings such as the Benin National Assembly in Porto-Novo and the Startup Lions Campus in Turkana County, Kenya, are currently being realised.

A press Preview will be held on Friday, 16 July 2021. The number of participants is limited and participation is only possible after registration until 14 July 2021 by mail to [email protected].

Speaking at the online opening