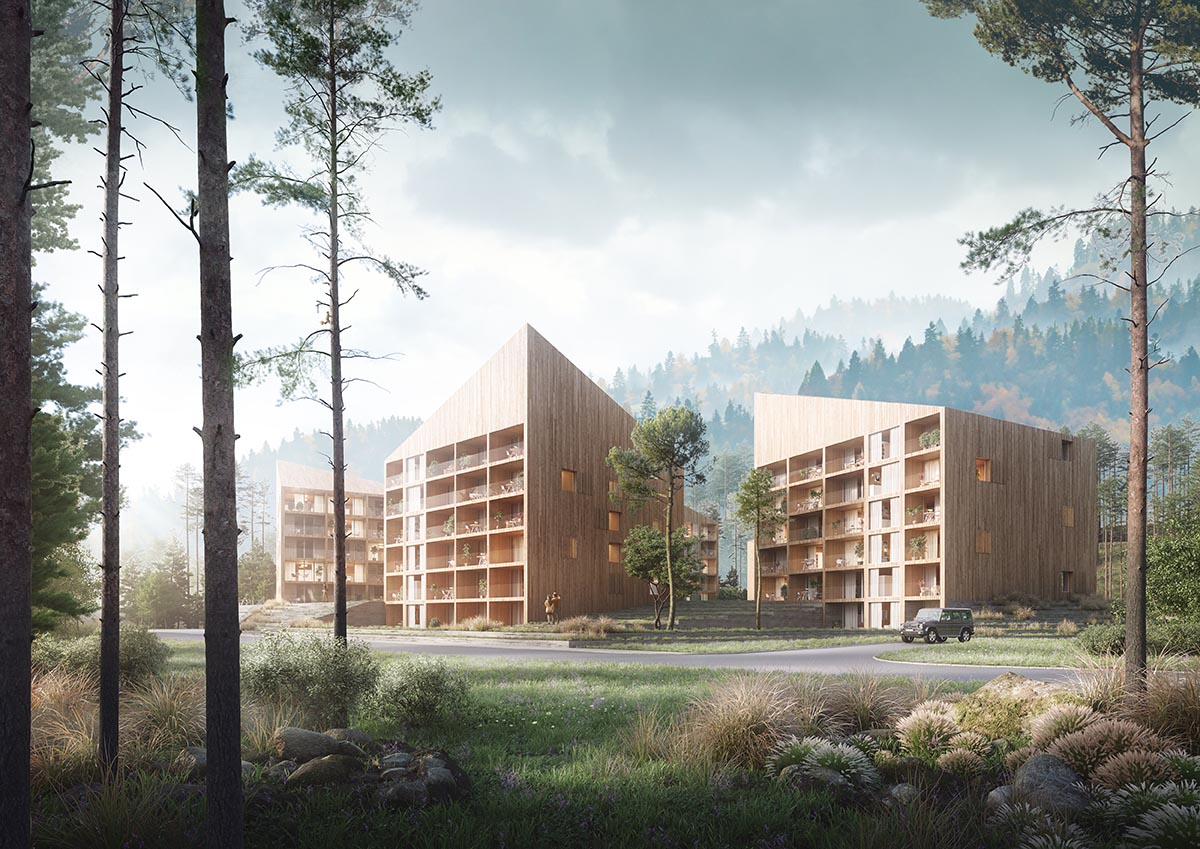 Polish architecture studio Franta Group has won a competition to design a pavilion-like hotel in a Polish town Wisła, Poland. Designed as pavilion-like structures, the studio draws inspiration from wooden mountain huts standing freely in a mountain glade. Scattered at site in a free-form layout, all wooden pavilions are gently placed to grasp the beautiful views from its surrounding. 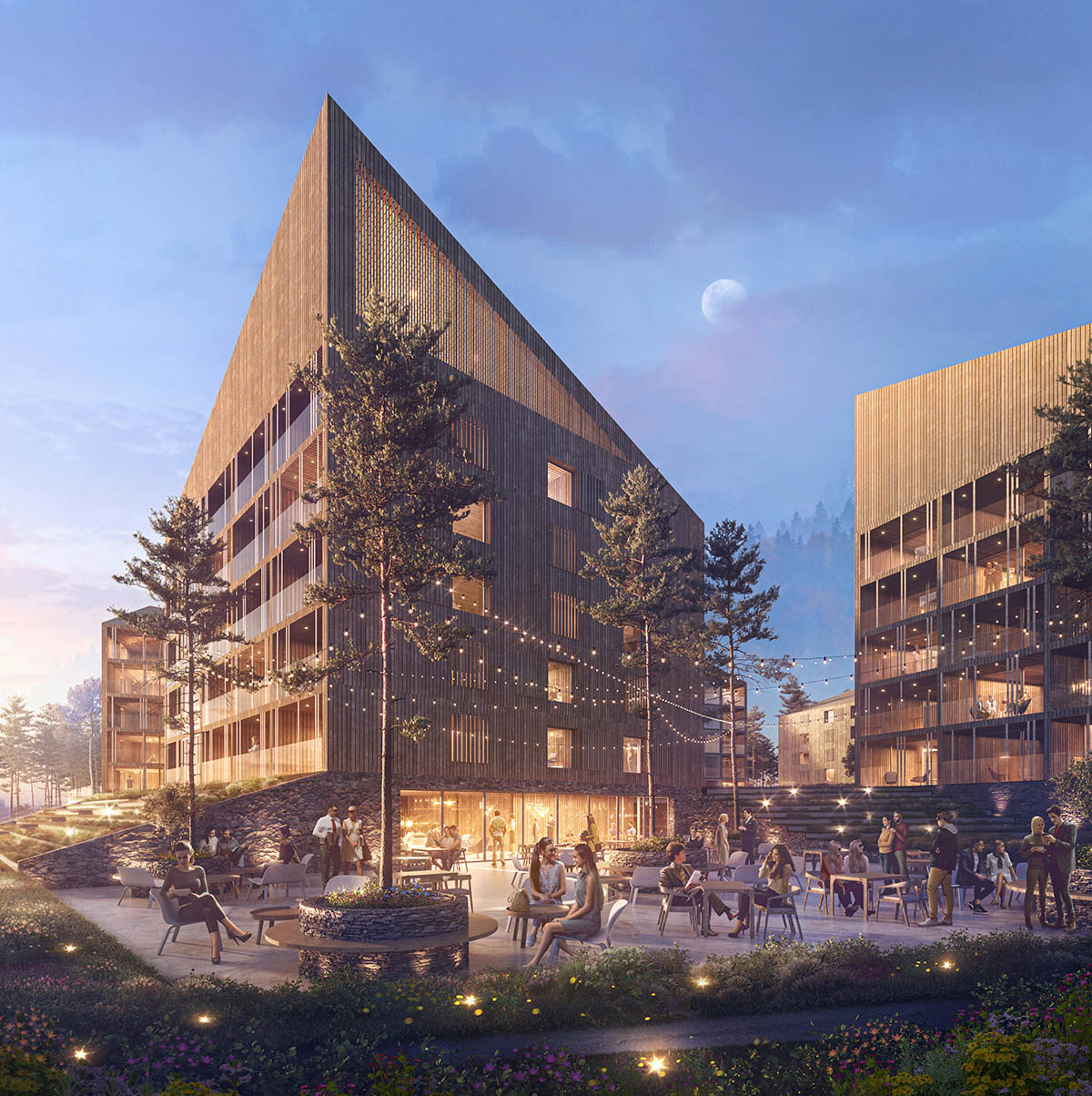 "The main idea of the designed facility was to depart from the current design of contemporary hotels in the Silesian Beskids and to place the facility in the landscape in such a way that, while fulfilling the extensive program, it would not dominate the rescaling of the context of the place and the beauty of the surrounding landscape," said Franta Group.

For this reason, the studio has decided to create "a complex of hotel pavilions broken into modules" instead of concentrating on a singular and dominant block. 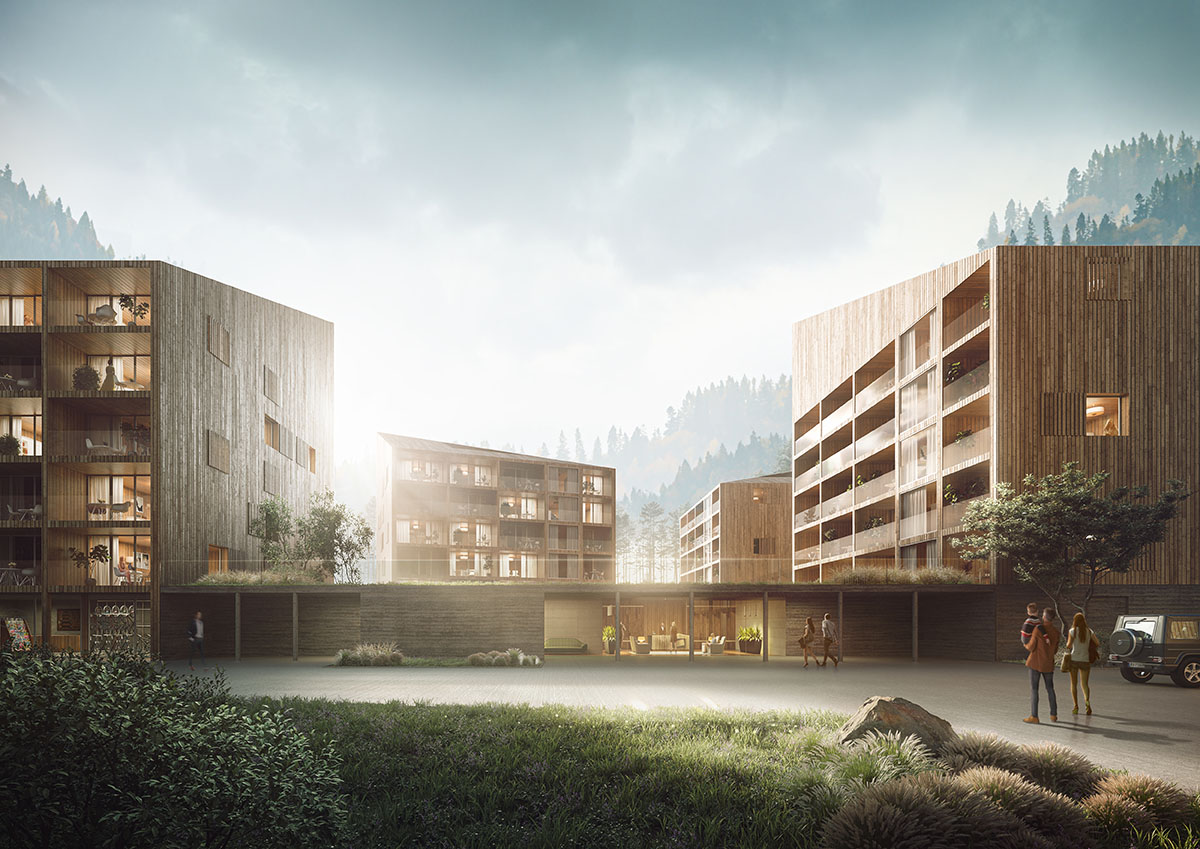 As Fanta Group explains, the architecture of the pavilions would look like "a modern synthesis of the cubature of wooden regional architecture" characterized by slants, wood and proportions, and linking it functionally with an underground storey covered with a green roof in the form of a multifunctional meadow. 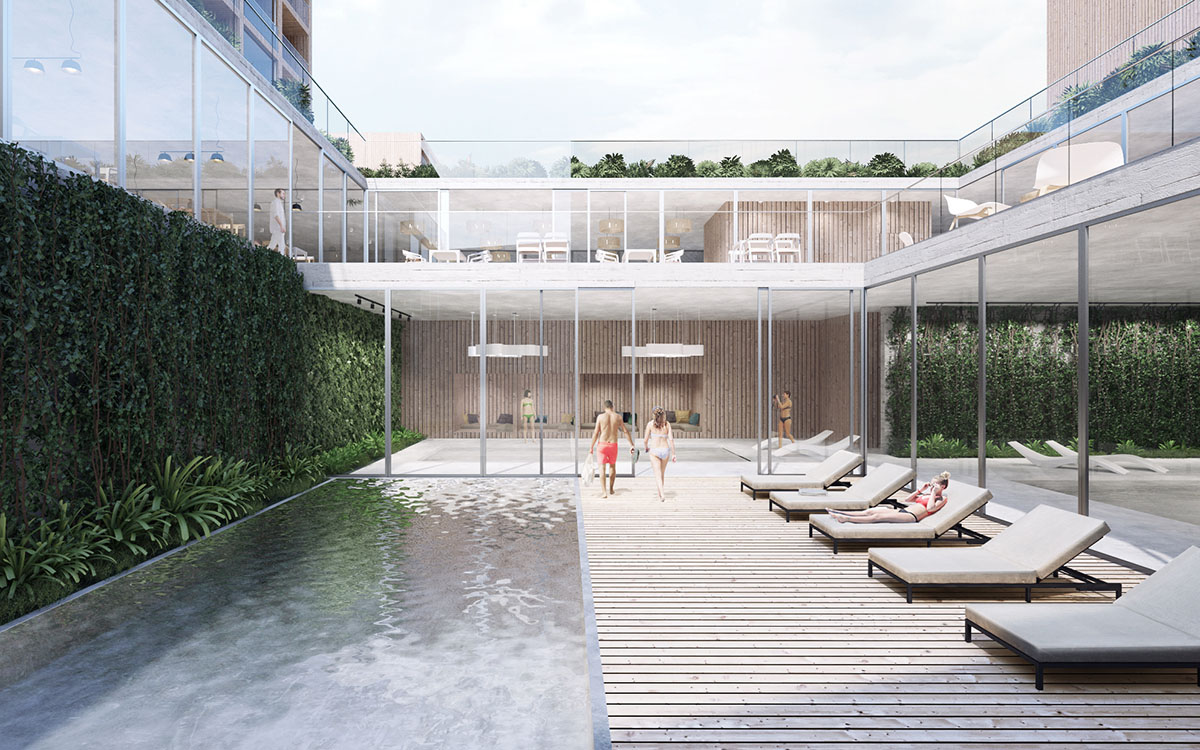 With an underground level connecting several functions, the complex will have two basement floors. On the upper levels of the pavilions, there will be four rooms and two guest suites. View from a room 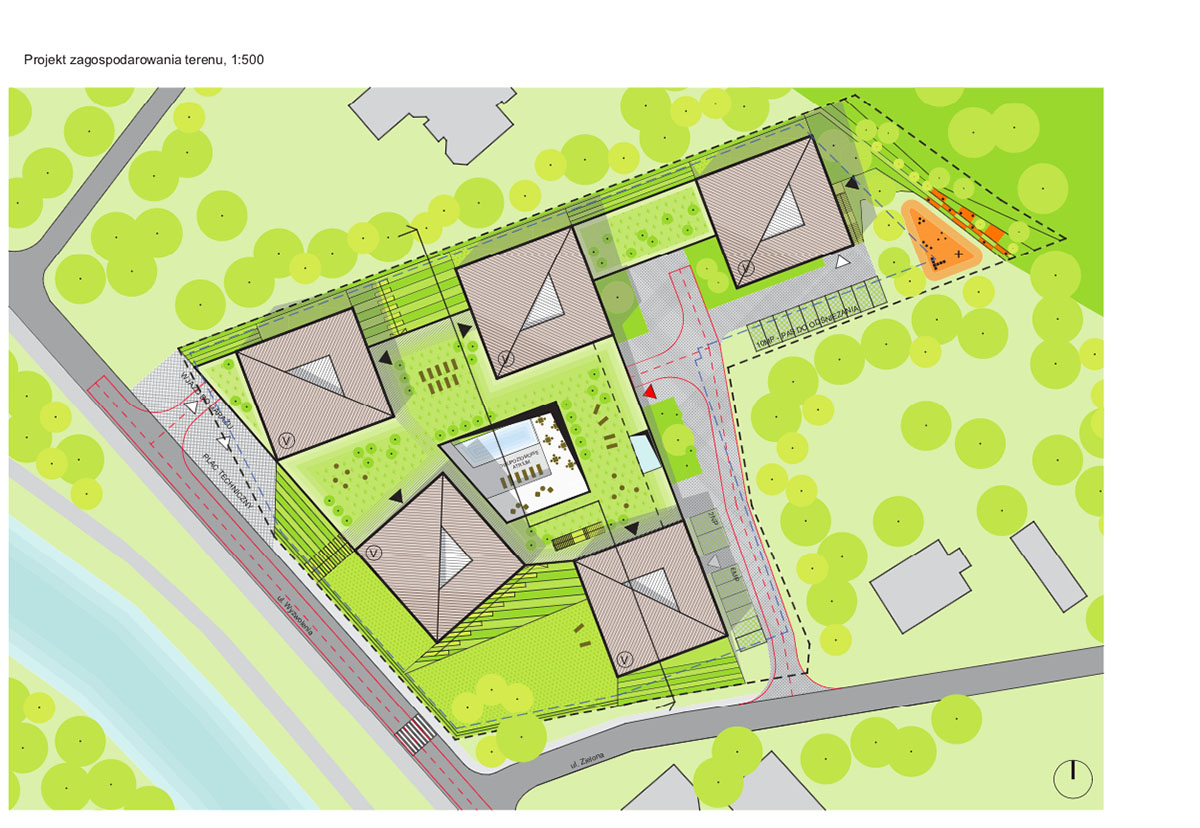 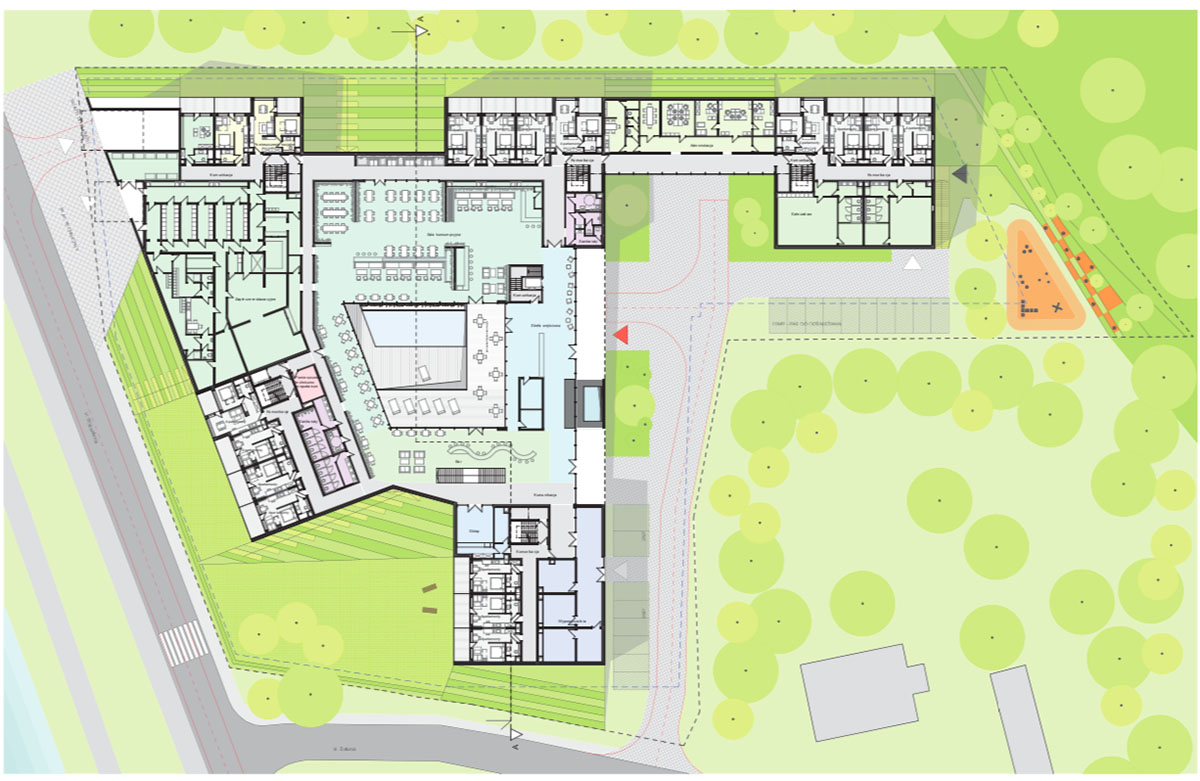 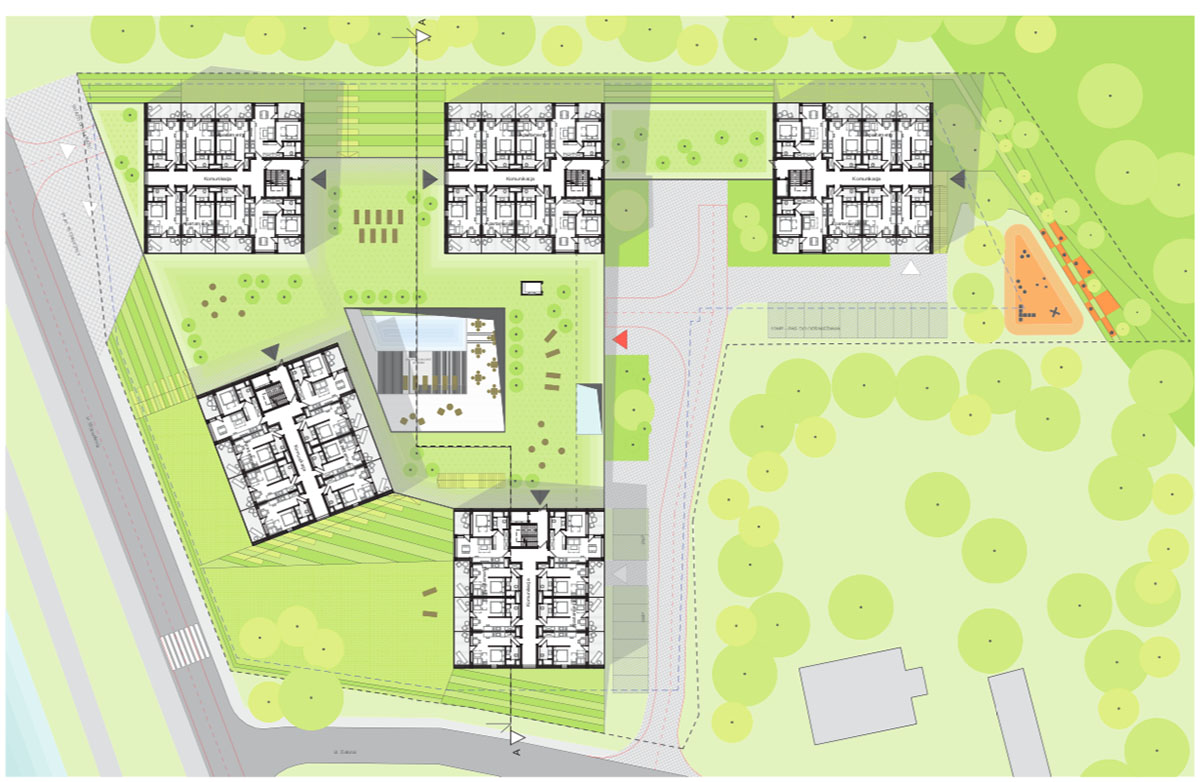 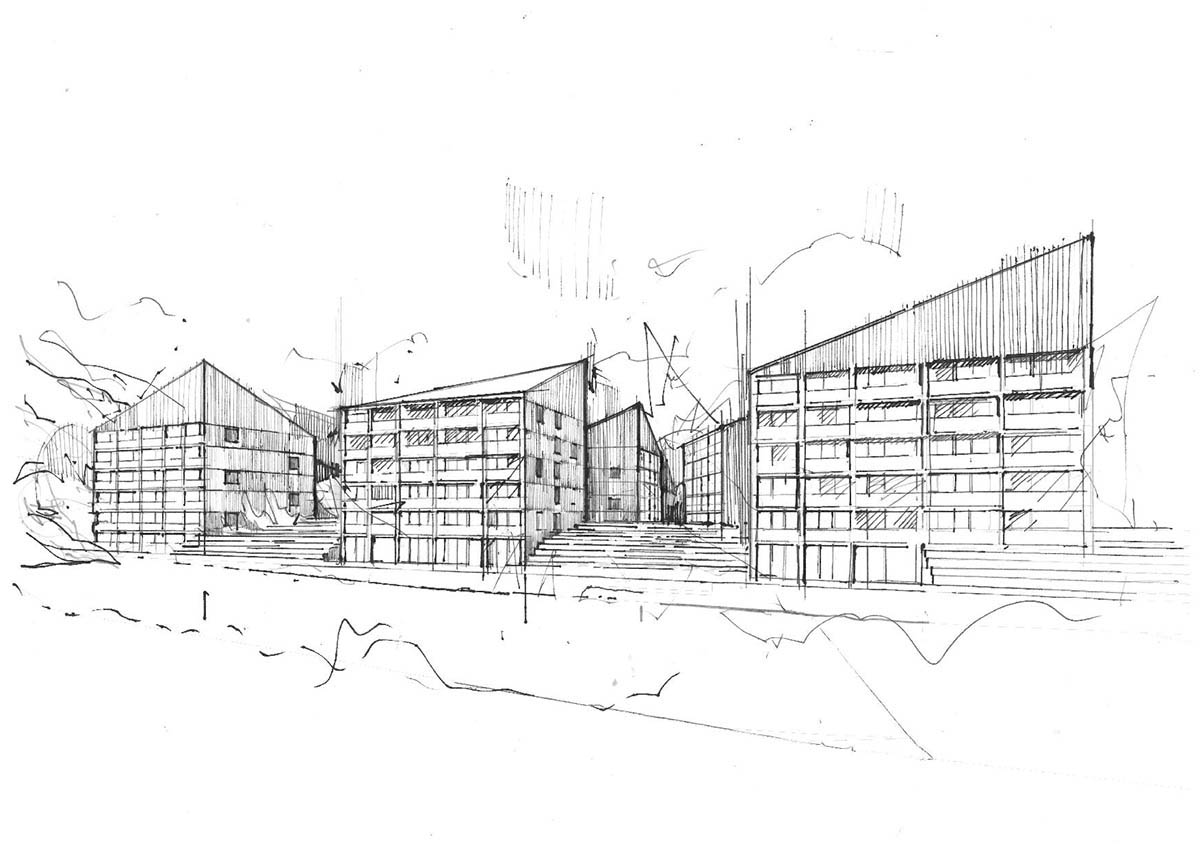 Based in Katowice, Franta Group was established by Maciej Franta in 2010. The studio recently completed Villa Reden in Poland.

All images courtesy of Franta Group.