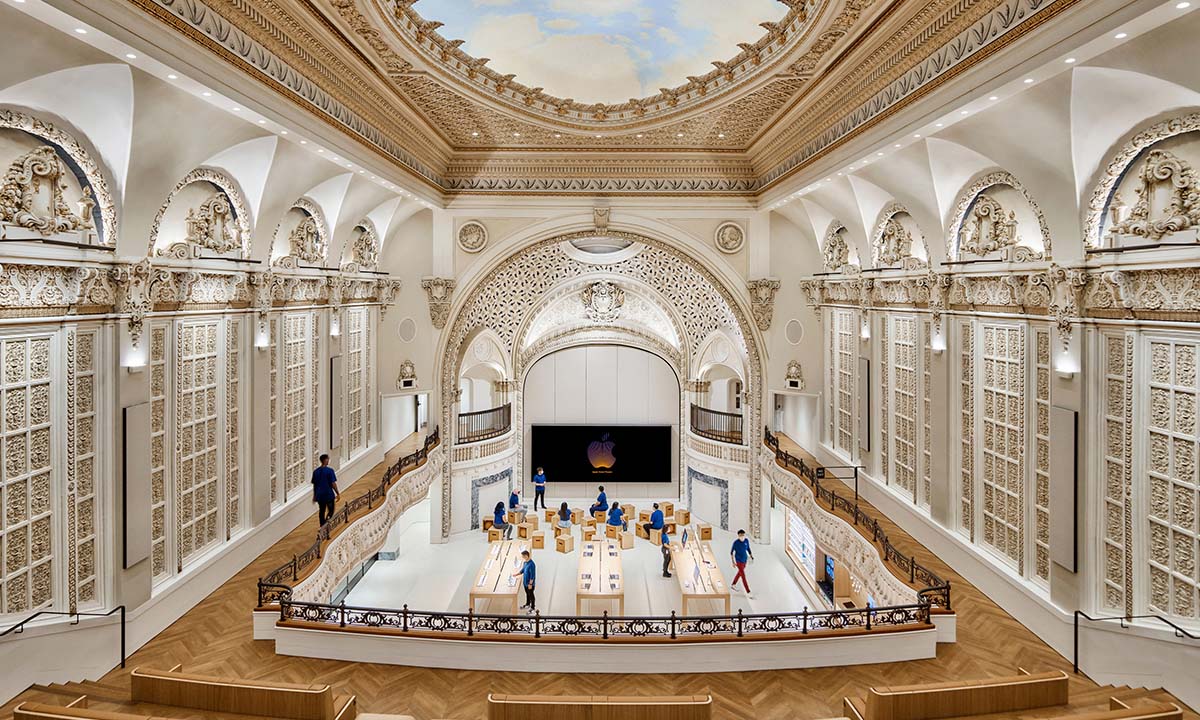 Foster + Partners has restored one of LA’s most historic movie theaters for a new Apple Store in the heart of downtown Los Angeles. Recently opened to visitors, the British studio collaborated with giant tech company Apple to give a new purpose and restoring its lost glory.

Named Apple Tower Theatre, the project was developed as a significant part of the larger urban regeneration of downtown LA that aims to strengthen urban retail and community life in this part of the city.

The original building was designed by prolific motion picture theater designer, S Charles Lee in 1927. Located at the intersection of Eighth Street and Broadway, Tower Theatre was the first movie theater in Los Angeles built to show talking movies. 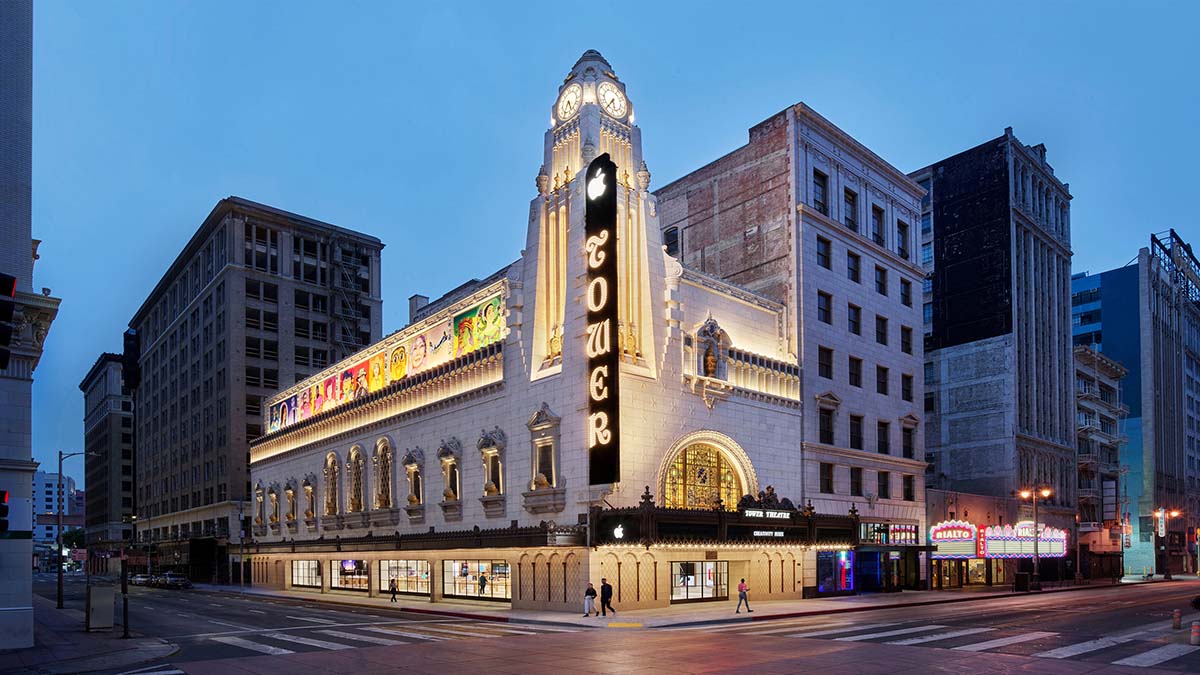 Foster + Partners' design restores the distinctive clock tower and exterior terracotta facades, while enhancing historic interiors and improves the marquees and the Broadway Street elevation. The new plans also upgrade accessibility to ensure the building to survive and serve the community long into the future.

"I believe that people love being with people. This is the basis for urbanity all around the world. Apple Tower Theatre will be a new beacon of optimism and resilience for the city and a vote of confidence in Downtown LA," said Stefan Behling, Head of Studio, Foster + Partners.

"The design brings back the romance and excitement of the birth of cinema, recreating the idea of the ‘place to be’."

"The exquisite detailing of the interior has been painstakingly restored. From today, Apple Tower Theatre will once again be alive with activity and celebrations that will return the vitality of urban life to Downtown LA," added Behling. 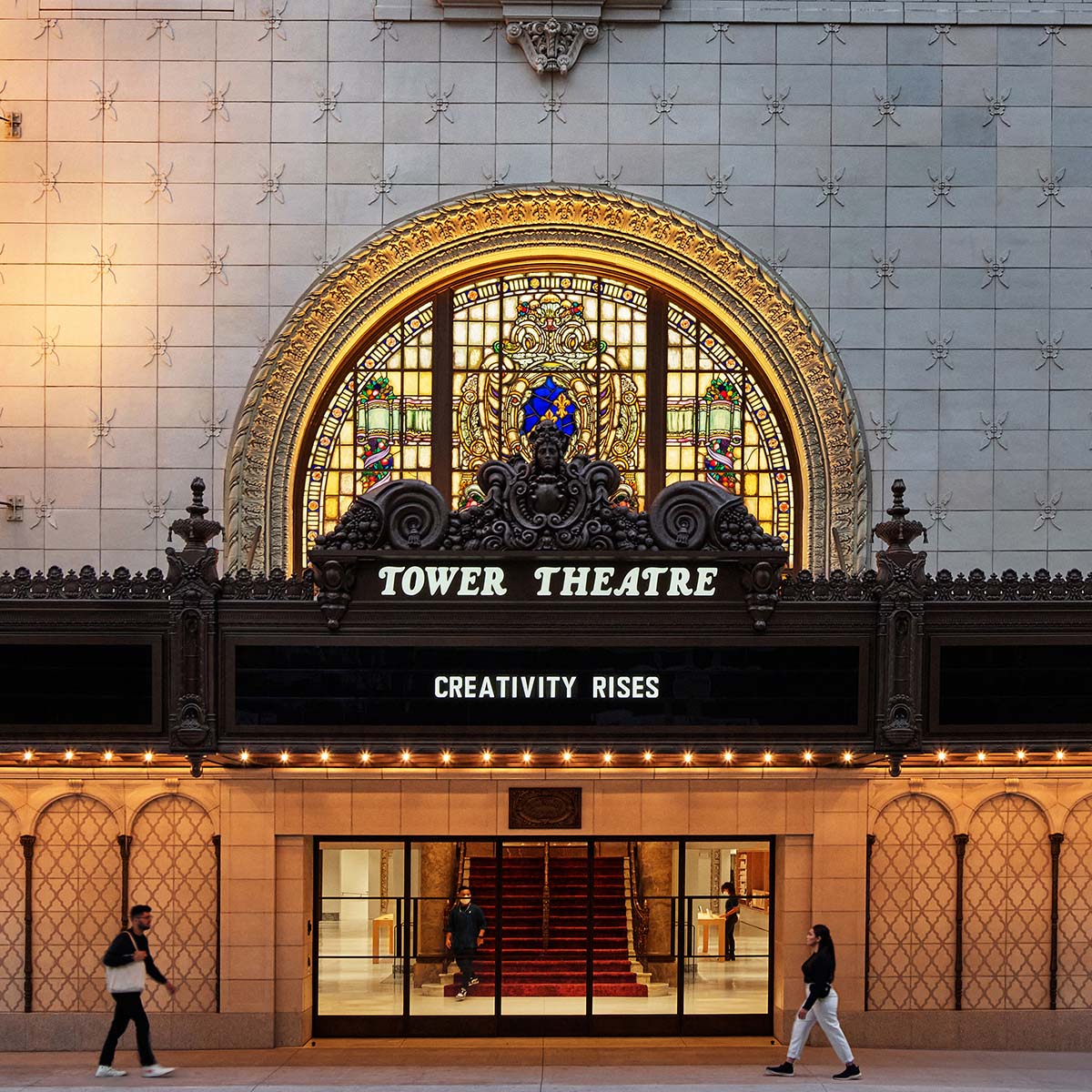 Inside, the new design looks to create an active presence on Broadway. Visitors are welcomed with a generous lobby at street level.

When they enter the building, they encounter with an immaculately restored grand staircase that takes visitors to the upper levels, while the lobby opens up to the soaring volume of the main theatre hall at ground level, which has been completely transformed into a majestic display area. 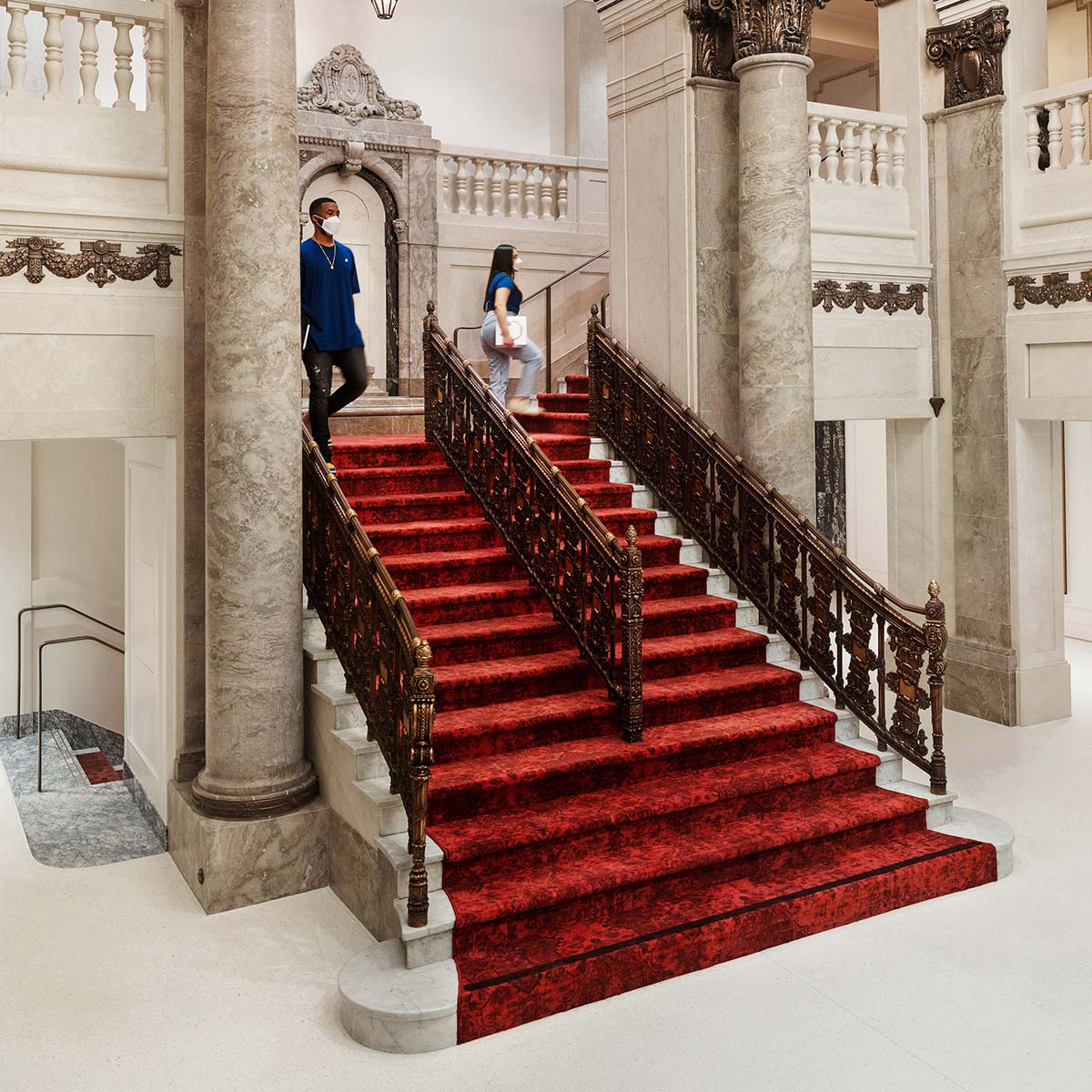 The team has carefully restored and enhanced the intricate historic plaster detailing on the walls and ceiling, dating back to the 1920s.

To add dynamism and color to the space, the architects reinterpreted the central dome of the theater’s ceiling by adding a fresco of the calming golden sunshine of the southern Californian sky.

The design strongly references the golden era of talkies and films. At the heart of Apple Tower Theatre, a new Forum is added to reinstate the screen under the proscenium arch. 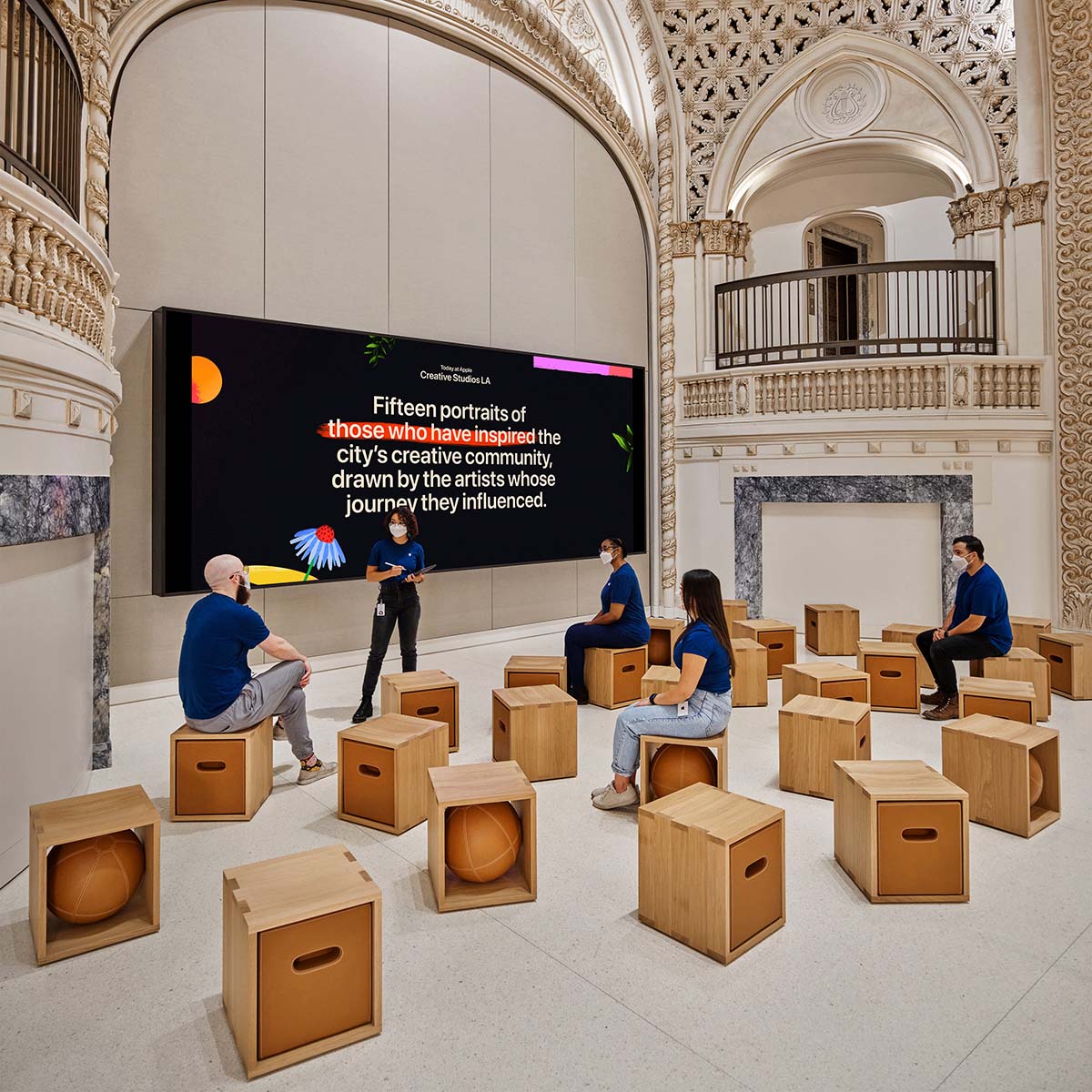 A discreet set of stairs and elevators also bring visitors to the balcony level, which hosts the best seats in the house to view the Forum.

Foster + Partners modernized the theater’s original seating with generous leather theater-style seats on the upper level which is the perfect spot for visitors to relax while they wait for their Genius appointments. At the top of the balcony, there is the Genius Level. 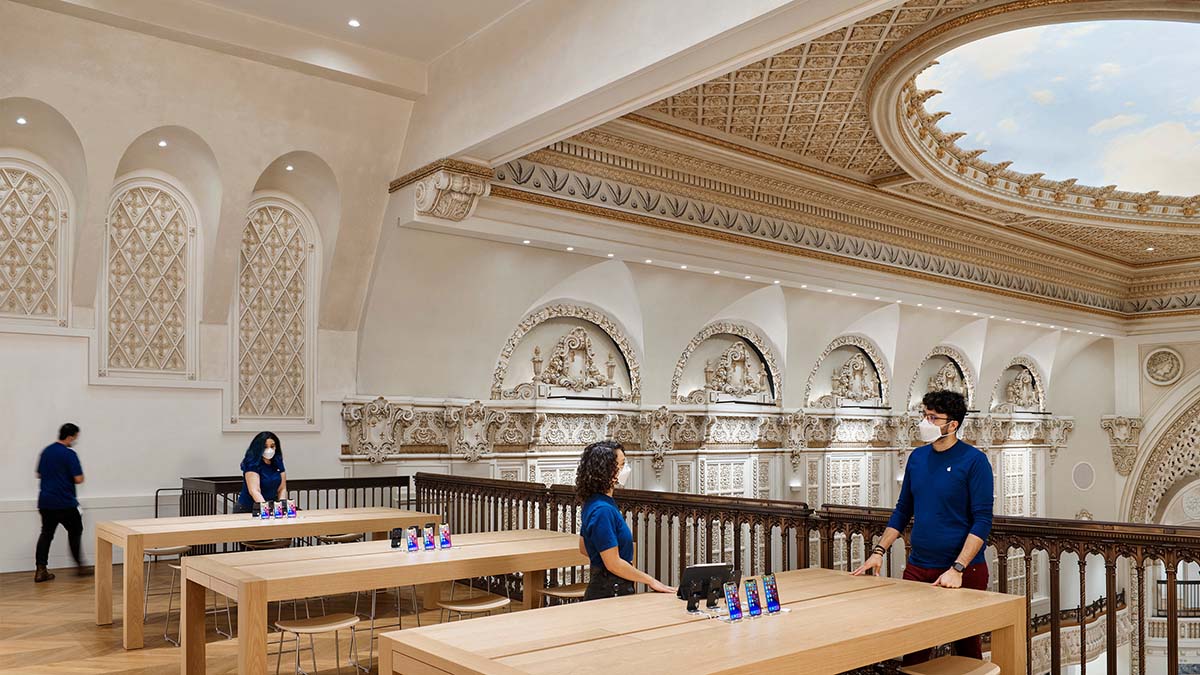 Located just beneath the theater’s projectionist windows, it offers a complete snapshot of the theater in all its restored glory. The Today at Apple will be a new magnet for the public, inspiring people and transforming the entire store, including the upstairs balcony, into a theatrical event space. 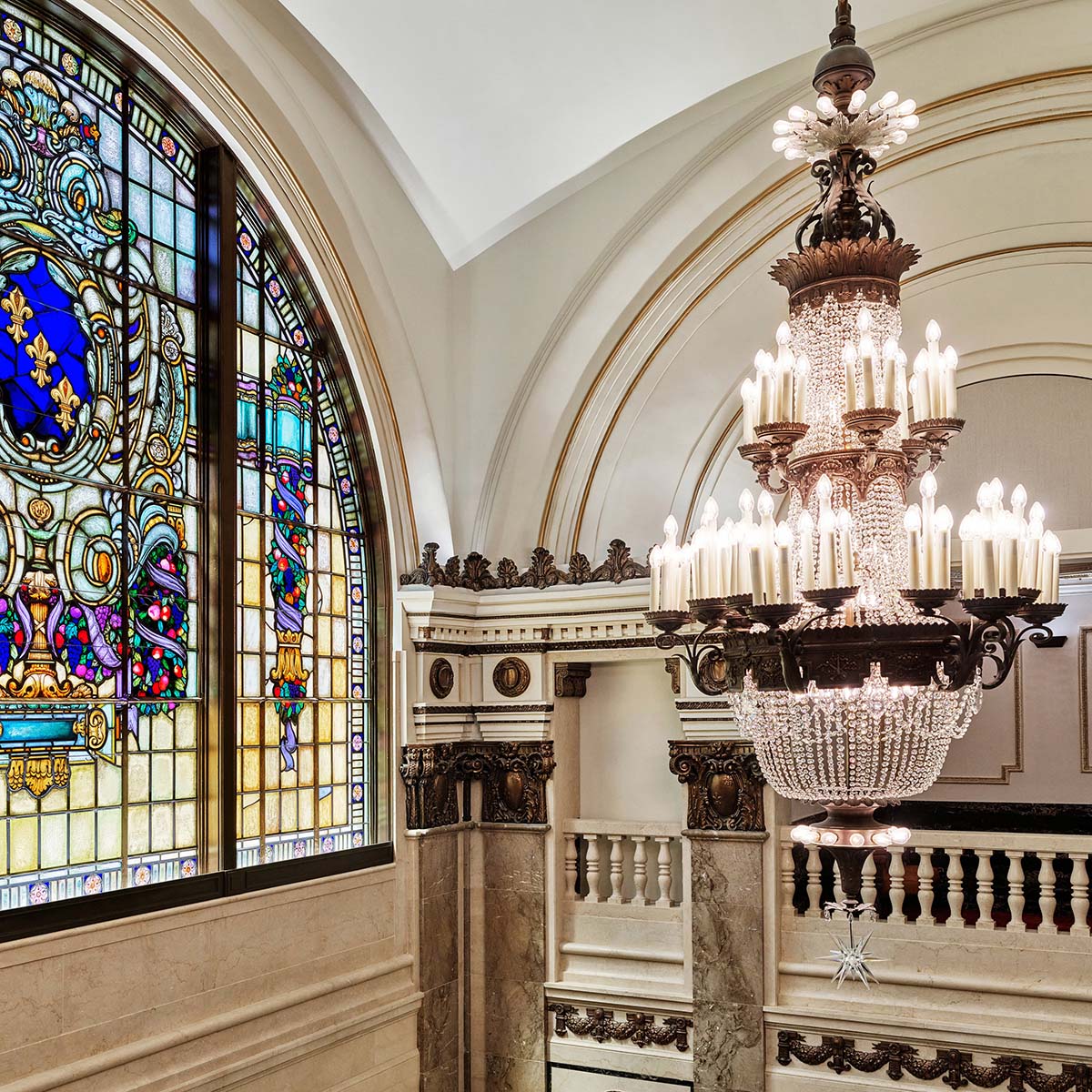 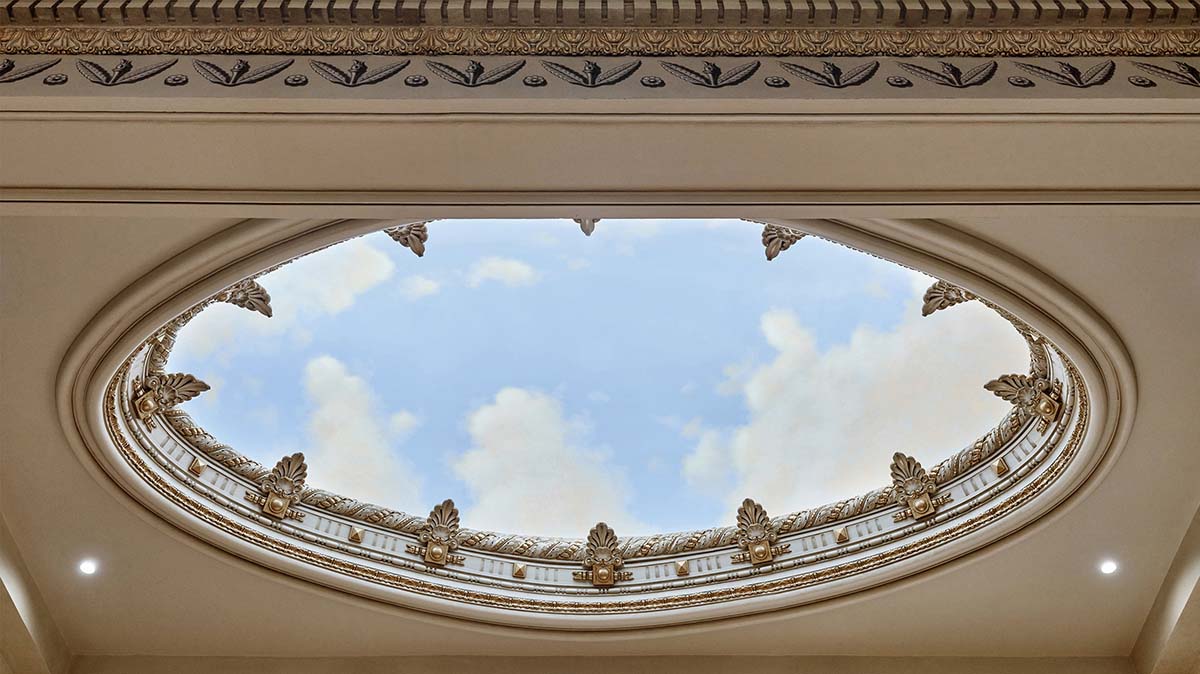 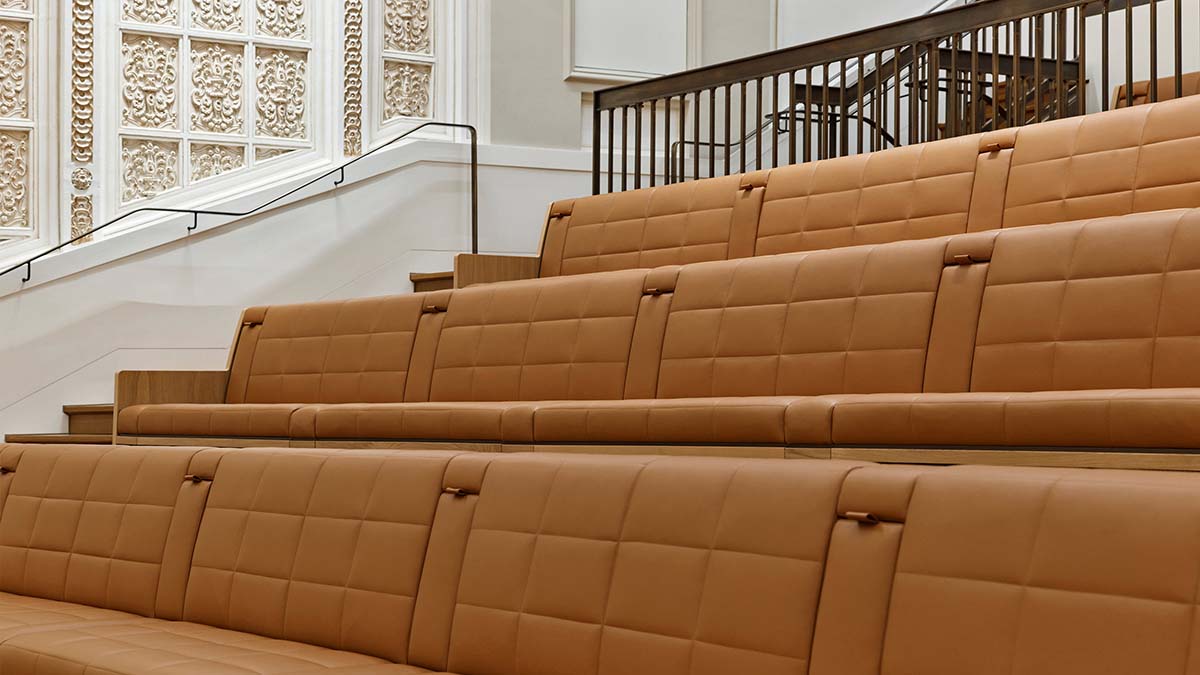 All images courtesy of Apple.