Called Precise Acts - Hermès Workshops, the design spanning the landscape with the great and perfect arches and a central courtyard, it aims to become "the landscape’s poetry" as the overall language of design gently blends itself into the existing landscape.

The structure is marked by great ‘spanning’ arches in which each of them follows the workshops frame. Taking cues from the word of "precision” itself, the architects said that "the keyword and the main act guided our conception of this all brick project." 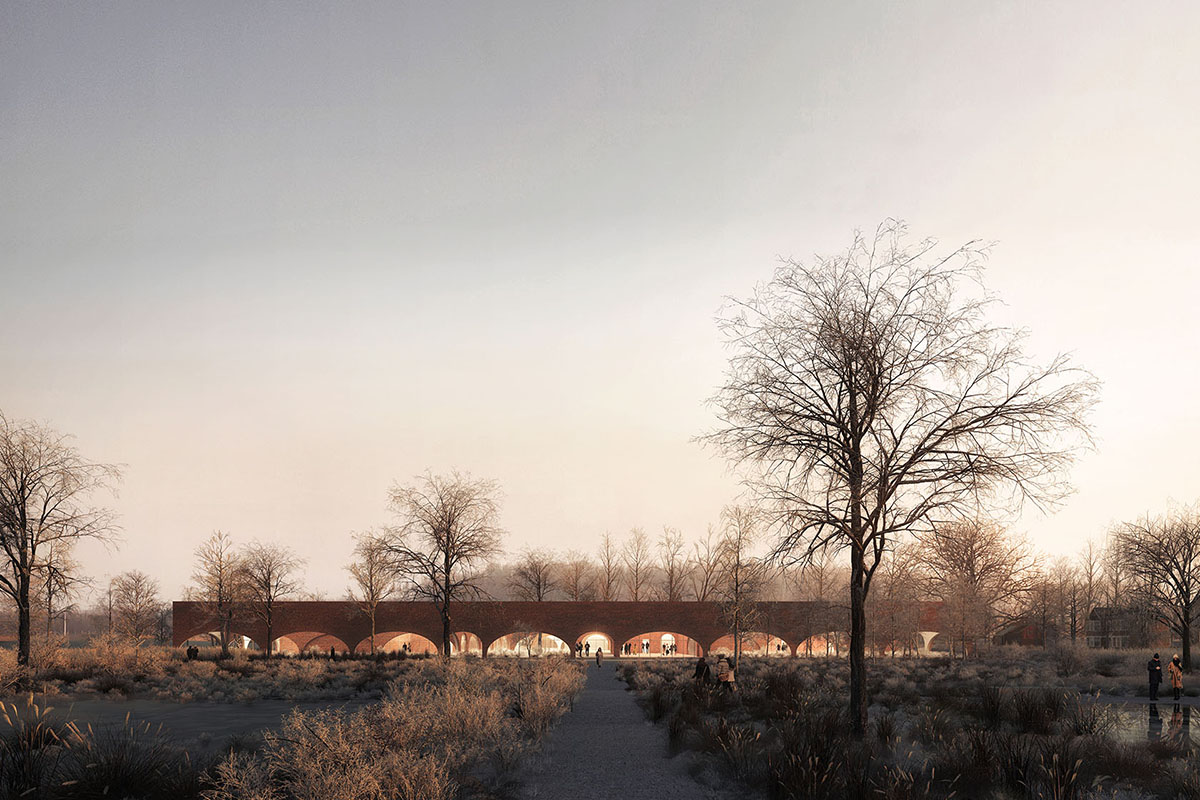 The singular structure is made of brick construction, "the arch incarnates movement, and evokes the galops of a horse," as the studio describes in a project description. These spans create large bay windows so that the natural light comes in precisely, comfortably, and abundantly.

"The construction and implantation of the future building has to meet Hermès’ exemplarity and rigor of craftsmanship," said Lina Ghotmeh.

"Precision — the quality of what is calculated, measured, provides unequivocal information. It is the keyword, and the main act that guided our design of the Hermès Workshops’ building in France." 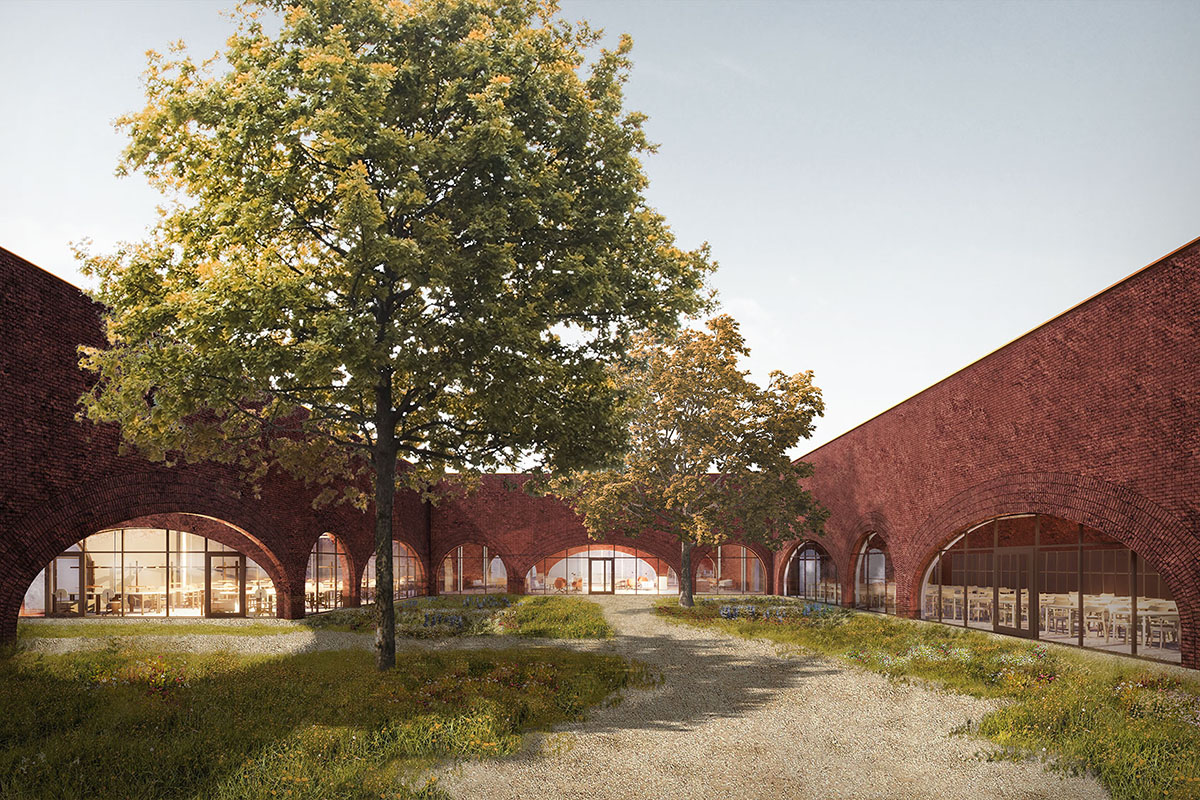 "The hand’s precision and its gestures on leatherwork are transcribed in the drawing of the building, its implantation, its qualities, as well as its dimensions, sustainability, timelessness and evolutive capacities," she added.

These new leather workshops are informed by the exact site’s outline and features. "They are drawn by the nearby nature and are placed on the most remarkable parcel of the site; at the perspective of the great region’s altimetry," as the studio explained. 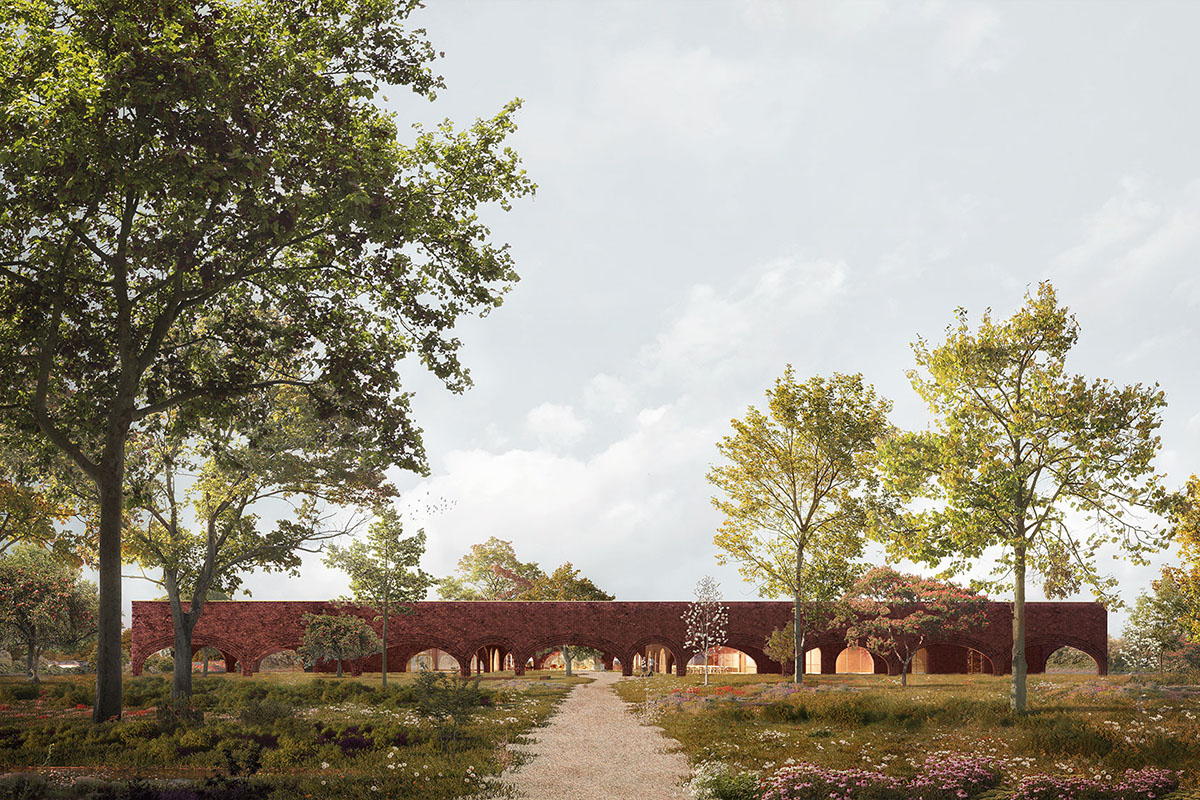 Sitting on an orthogonal grid and being orchestrated by its internal functioning, the structure aims to unfold on the land, meeting the ground, encompassing the landscape, and dialoguing with the territory.

The ceiling apertures are aligned to the north and invite a museal lighting into the space. While lighting becomes the main component of design, it is intended that the later illuminating with perfection the leather goods in the hands of their creators, accentuating life and vibration.

When the natural light drops in, a dialogue between the craftspersons and their creations starts to be creative inside. 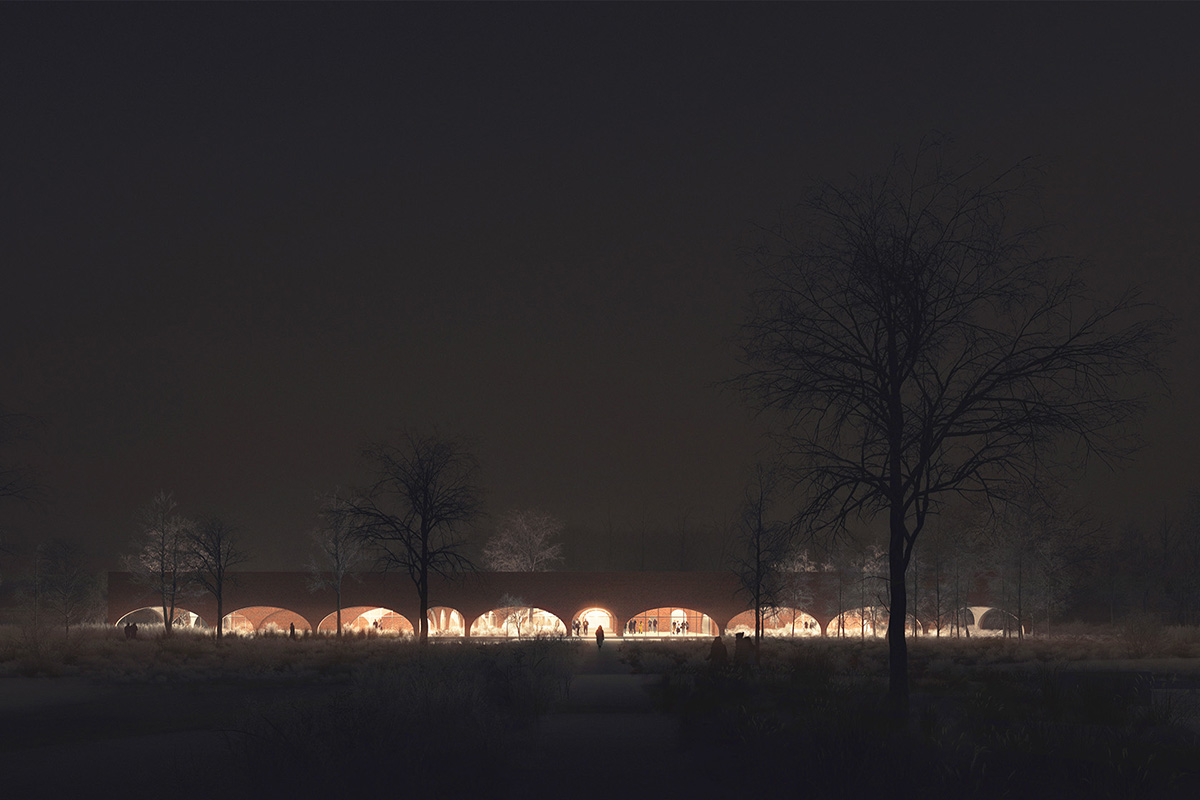 "Fusion between the object and the artisan, between the artisan and the space, between space and landscape the new Hermès workshop is drawn at each step by its surroundings and operates towards high environmental ambitions," added Lina Ghotmeh.

"A passive building, low in Carbon footprint and positive in energies (Bpos E4C2) has nothing incidental and makes out of everything an environmental resource."

Lina Ghotmeh Architecture is currently working on a cellular hotel on the vineyards of Lebanon. The firm is also working on the National Choreographic Center of Tours in France.

The Estonian National Museum and the Stone Garden Tower in Beirut are among the key projects of Lina Ghotmeh Architecture.