Called ORCA Toronto, the 474,000-square-metre development will include residential, office, hotel, retail and transit with a new 11-acre park at the heart of the neighborhood.

The plans are stretched along the train line, Toronto ORCA will offer decks across the 100-meter wide active rail corridor leading to Union Station, which previously split the city. Proposing a major publicly-accessible park for the local community, the new development aims to create a vibrant park-oriented community for Toronto, which will activate the underutilized part of the city. 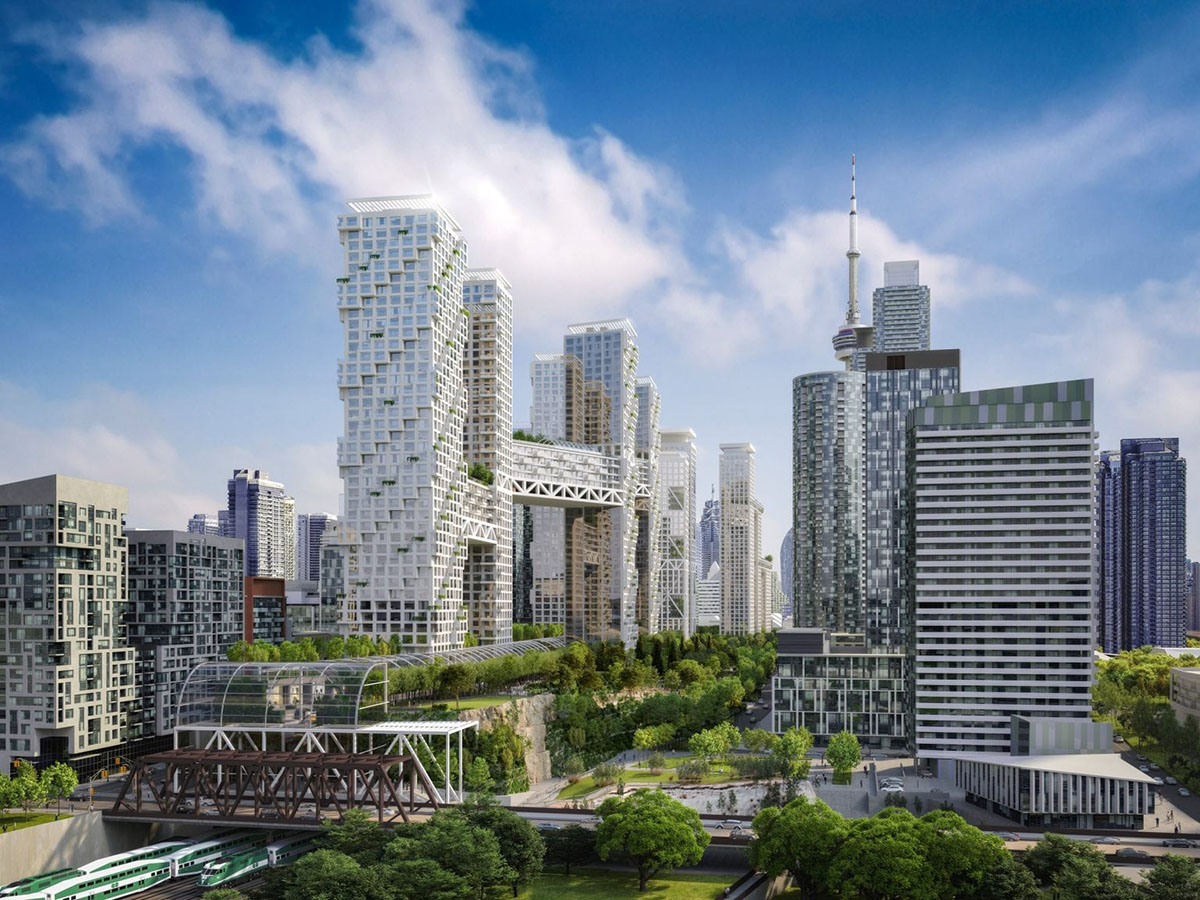 The interconnected towers are positioned to preserve sunlight on the park, and encourage interconnected access to and from the surrounding neighborhoods. All the towers are connected by elevated bridges that contain gardens and amenity spaces for users.

The complex will include vehicular access and parking within the decking structure, 65 per cent of the site area will be publicly-accessible open space, exclusively for pedestrian and bicyclists. The diversely programmed park provides a major amenity for the surrounding community.

"As the city has expanded westward, the railway lands have increasingly become a brutal barrier between the King West Community and the growing waterfront district," said Moshie Safdie, the founder of Safdie Architects.

"Our design aspires to forge a reconnection in the community fabric by creating a lively park that is economically viable and promises a unique destination experience for Toronto."

"As an isolated park is unlikely to generate the diversity of activity required to animate the neighborhood, our design integrates amenities for city life like shops, restaurants, and offices into the park itself, drawing in residents and visitors alike," Safdie added. 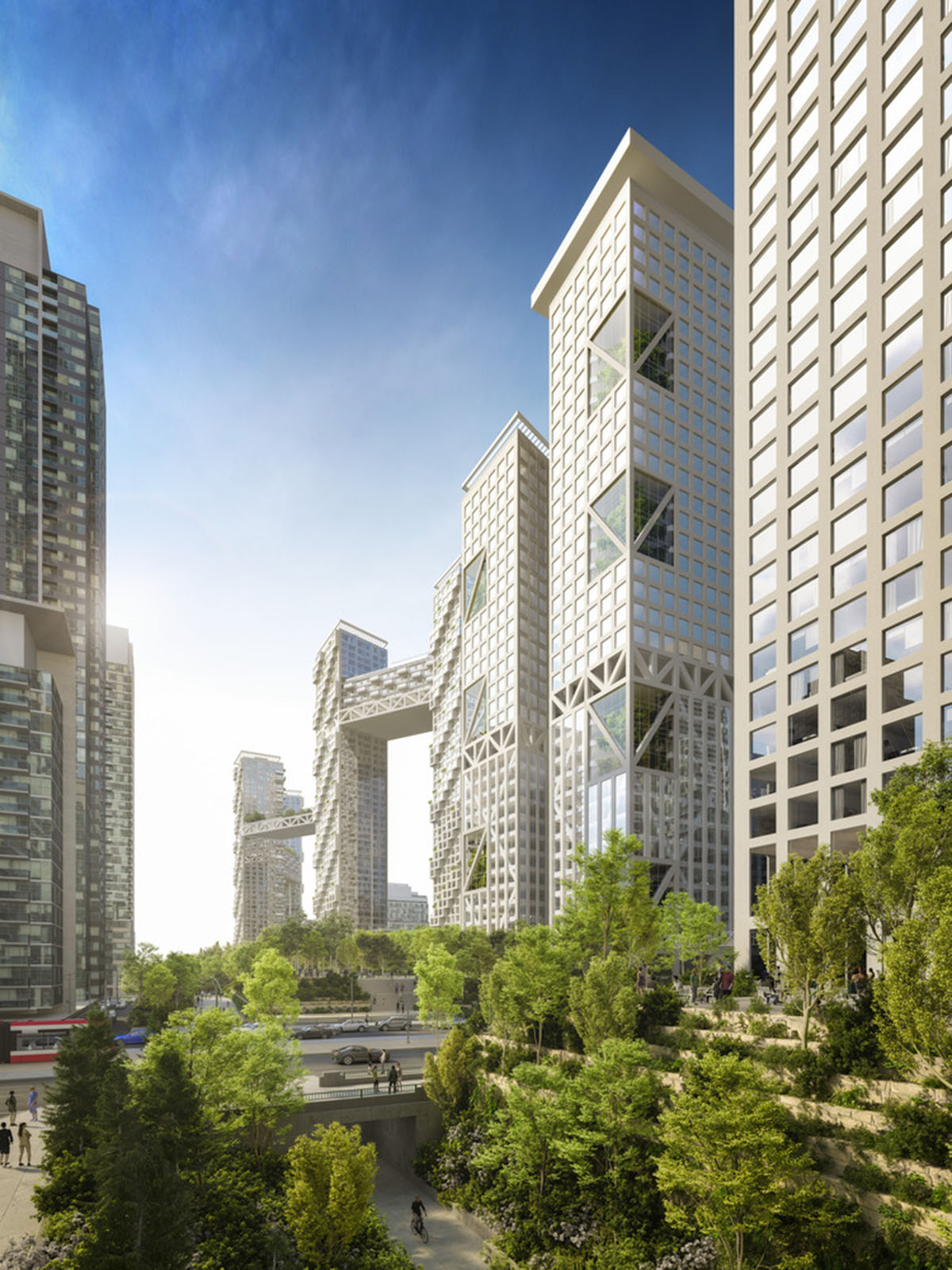 The project combines retail and landscape by embedding shopping facilities under the park. With this approach, the team highlights that "inside-outside" relationship challenges the traditional shopping models, as it directly connects shops, restaurants and cafés with the park’s recreational experiences on multiple levels.

The galleria opens up in good weather to encourage indoor-outdoor use and year-round vibrancy. 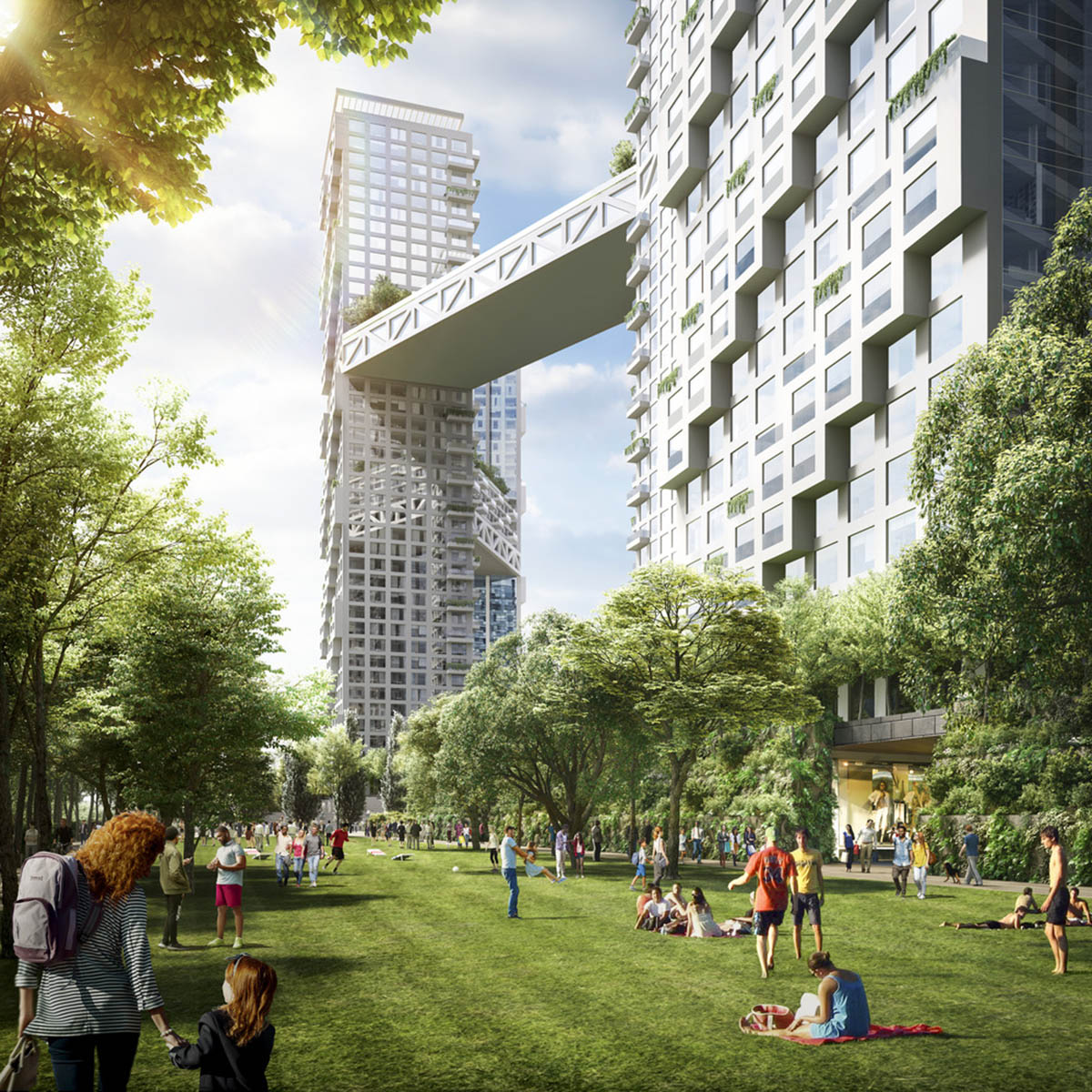 The architectural language of towers is described as "slender residential towers" to maximize permeability and preserve view corridors, while encouraging connectivity for pedestrians and bicyclists.

The towers are articulated with stepping balconies and connected with elevated bridges containing amenities for residents. The bridges between towers form dramatic urban windows which frame city views and maximize visual porosity. "The design reinforces pedestrian and bicycle connections through the site, allowing people to freely move through and across the site, both indoors and outdoors, connected to the existing network of streets and urban parks," said Safdie Architects. 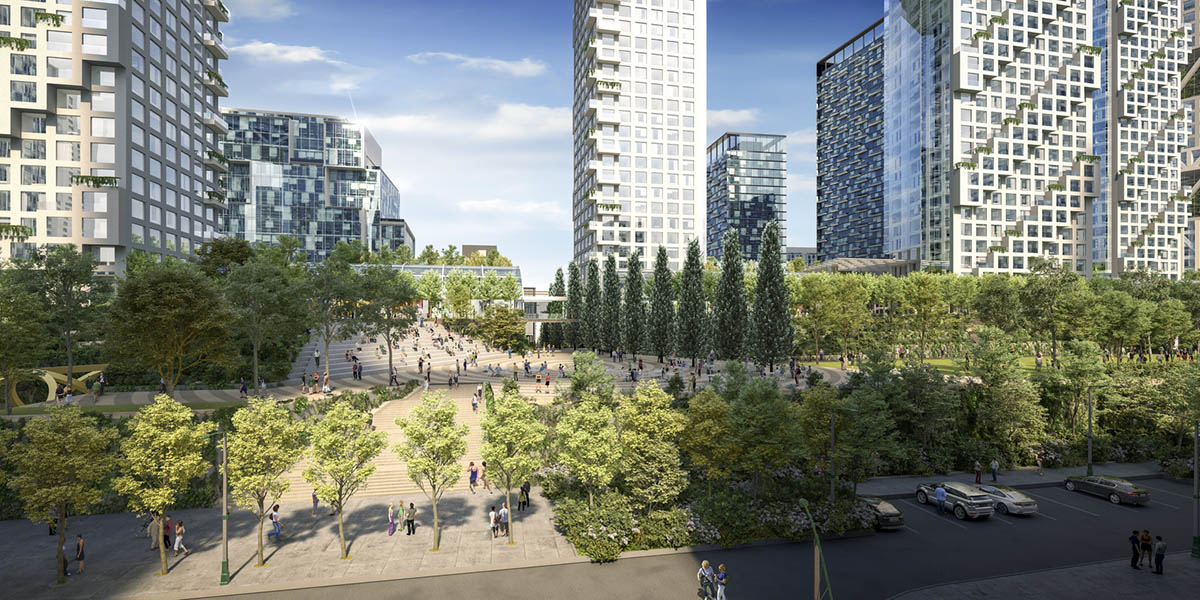 The project is currently under a public review with the city of Toronto.

All images courtesy of Safdie Architects.